#46 out of 74 Airlines A minimum of 10 flight-reports within the past two years is required to appear in the rankings. 1454 reviews


Some pictures of London
Weather in London during that weekend was brilliant. Clear sky, lot of sun and very warm. The warmest days in October and November in London since they started with weather recording. 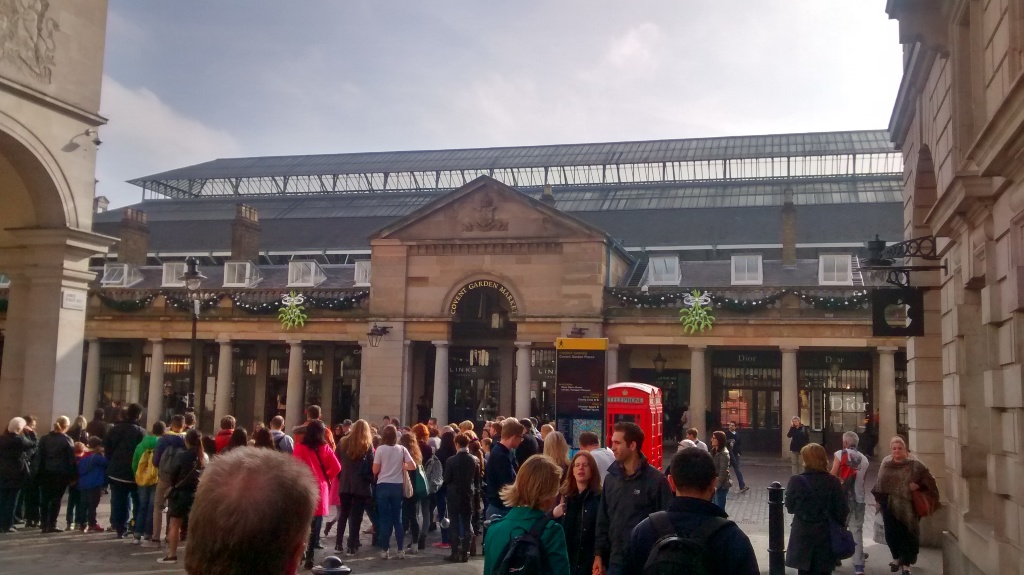 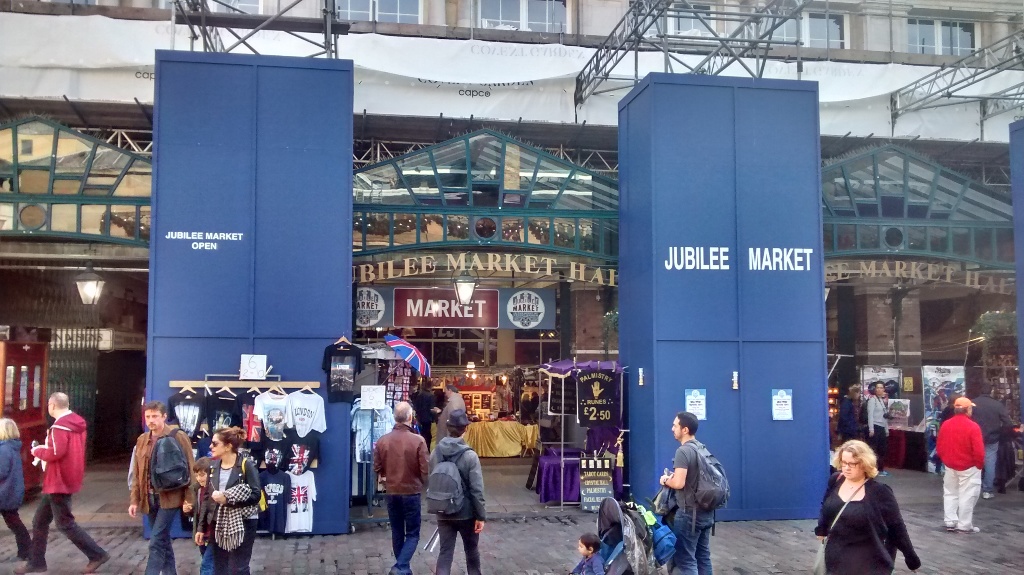 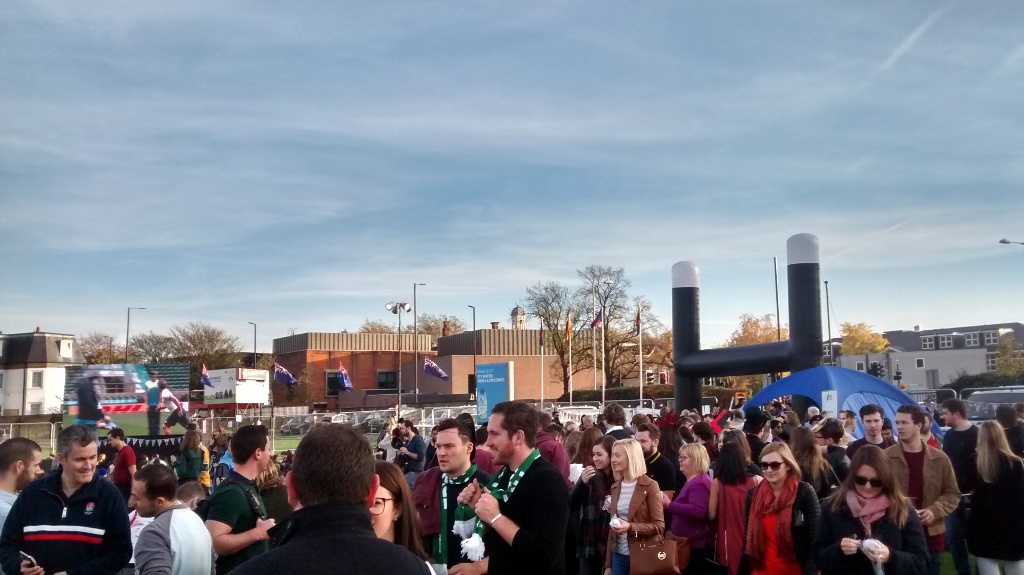 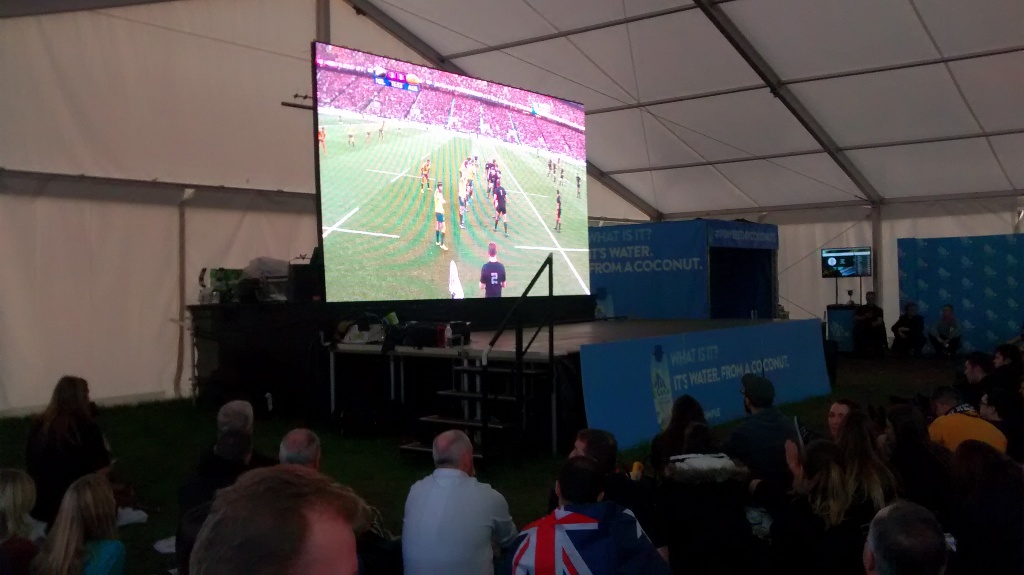 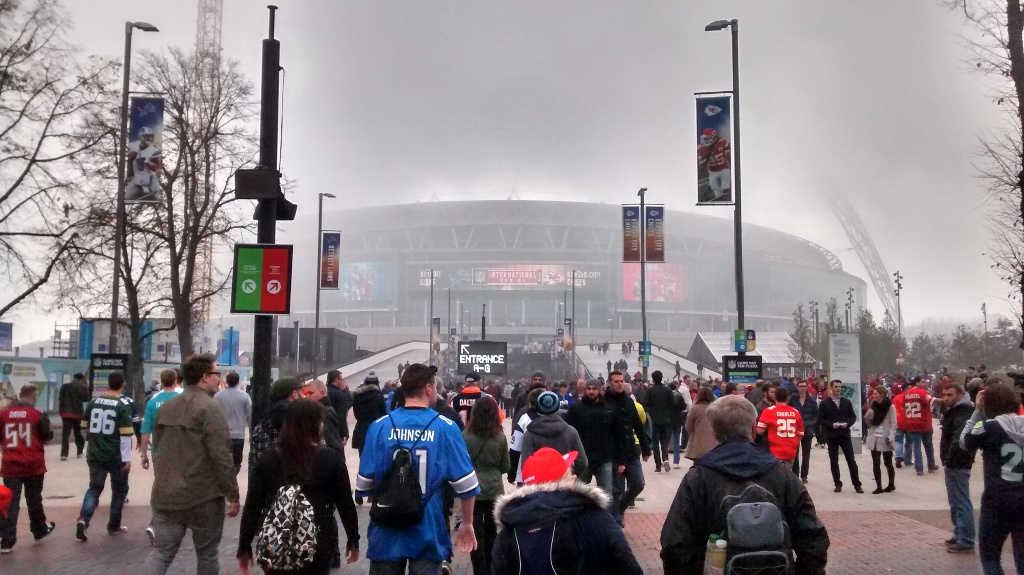 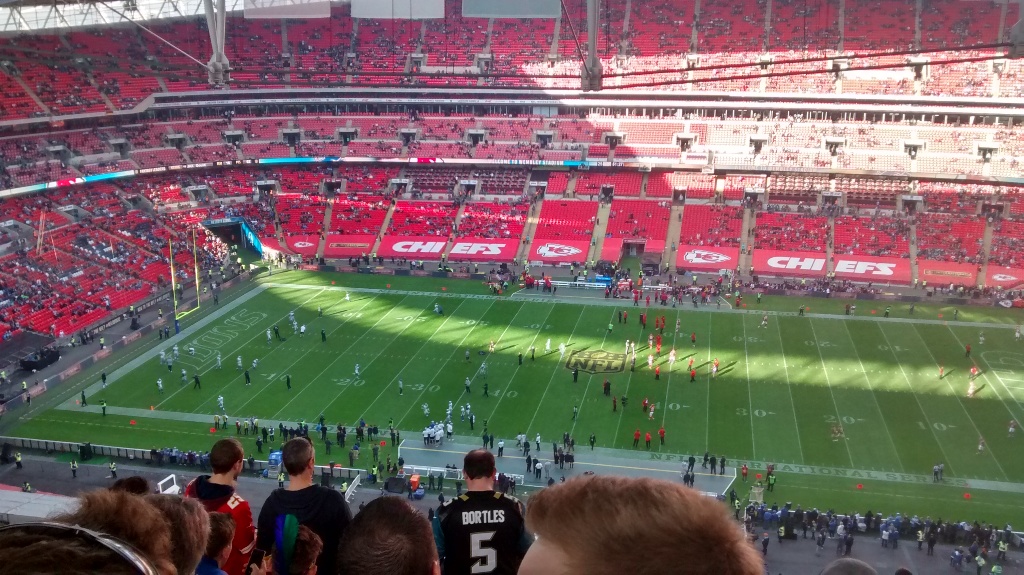 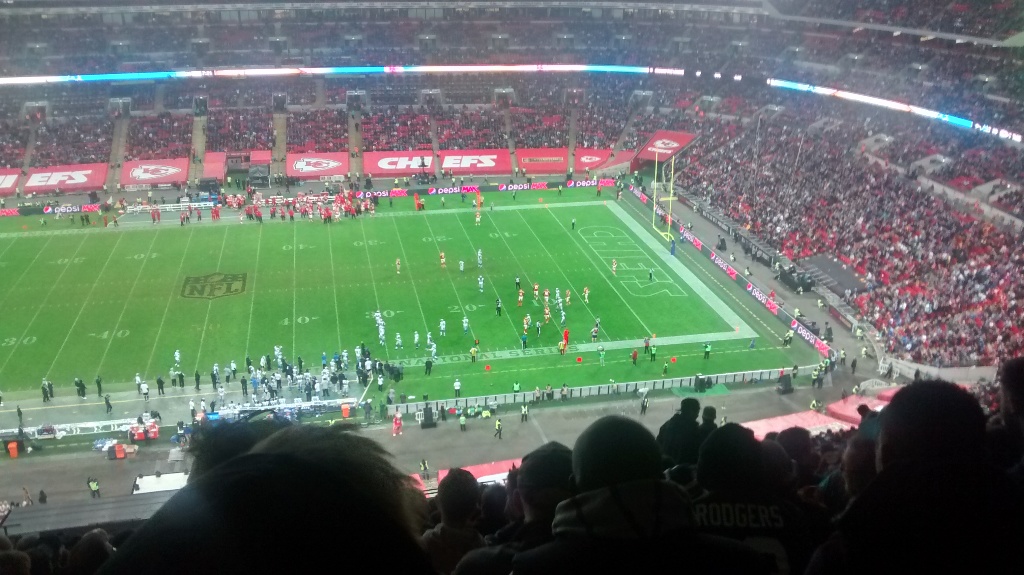 Flight Cancellation
During Saturday night heavy fog was building up and already delayed a lot of flights on Sunday morning @ Heathrow. During the day the fog cleared up, but came back in the late afternoon. When we arrived at our hotel the first thought of my father was, if Heathrow is still open because of low visibility - it was very low.

When we arrived at the hotel and I had WIFI access, I checked my Emails and got one from Lufthansa. You can see it in the picture blow. It was the first time for me and my father, who has more than 100 flights, that a flight was cancelled. Well my first thought was Great that is the only information?. So I checked my online booking and there was the following.

Red sentence: Unfortunately your flight was cancelled. Therefore your booking has changed. Please check in for an alternative flight.

Wow great LH I was not able to choose any alternative flight. After getting a little bit angry I tried to call the LH service hotline. After about 50min on hold I was able to talk to an service agent. I told him my problem and asked for an alternative flight with the earliest arrival time in MUC. I did not care if the alternative flight would be via FRA, DUS, HAM or any other airport, but the service agent told me that LH had to cancel a lot of flights from Germany to London because of the heavy fog. So finally there was just one opportunity with only 8 free seats - LH2479 on Monday, November 2nd 2015 with departure at 05:50 pm local time - 10 hours later than my originally flight.

After the phone call I got a new email with the updated booking details. This time I was able to check in and selected new seats for that flight - I paid 10€ per seat per person per route, so I was quite happy that that worked after that little mess. Finally I checked the Economy booking class and was surprised, because as you can see I got 10x more Miles as I would have got on my originally flight. So overall a nice compensation for that cancellation and 50min hold.

I asked at the hotel if it would be possible to get a later checkout time than noon. It was no problem to stay in the hotel until 3pm which was just right for us.


On Monday morning the weather was the same - still a lot of thick fog and mist in London.
I took some pictures during the morning hours when we were walking around the area of Hounslow. 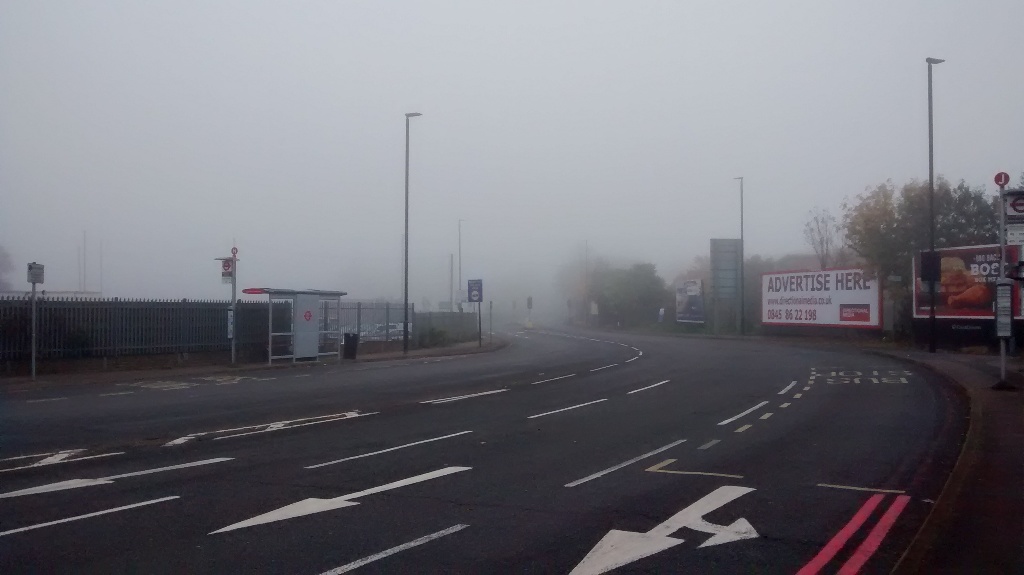 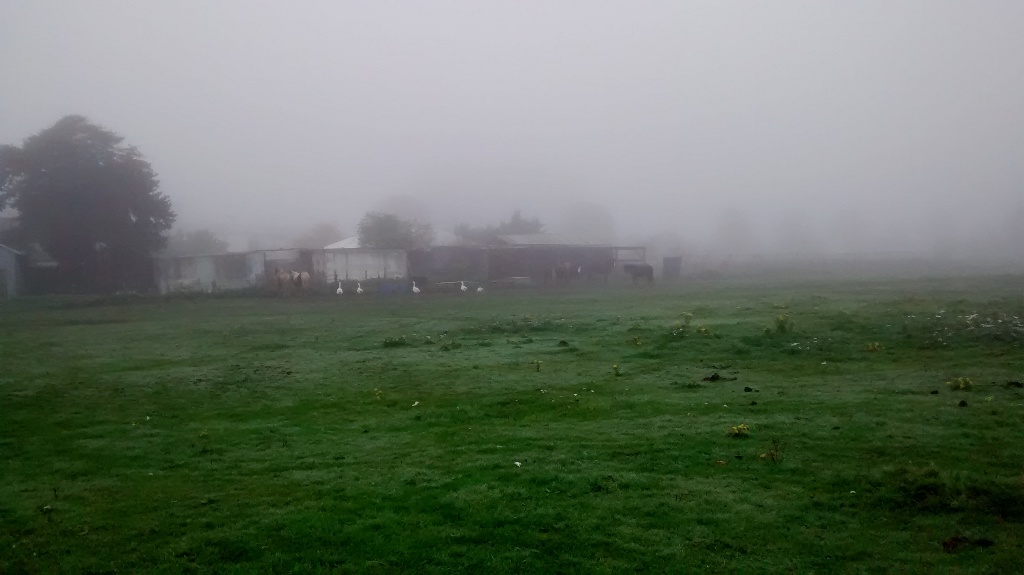 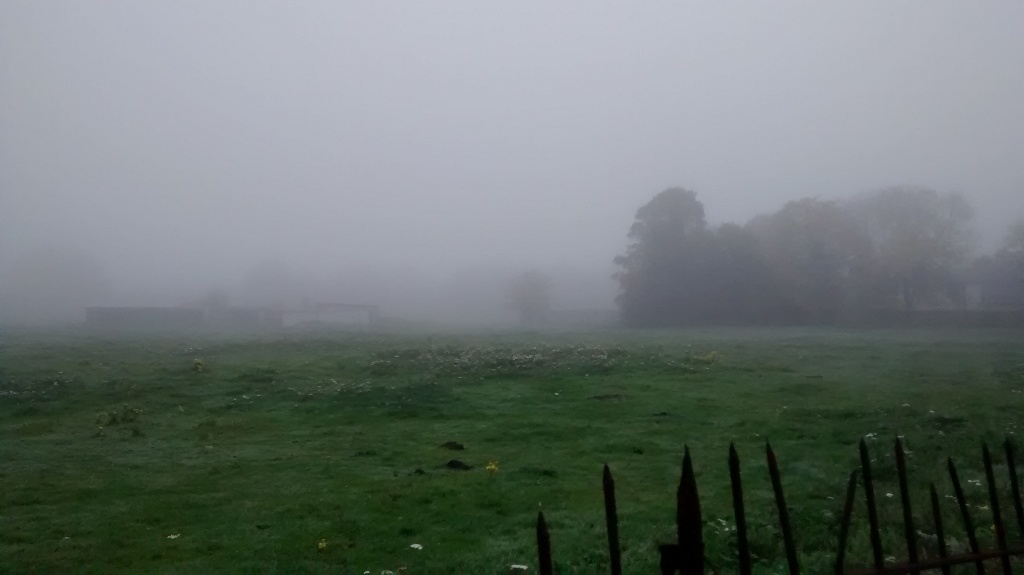 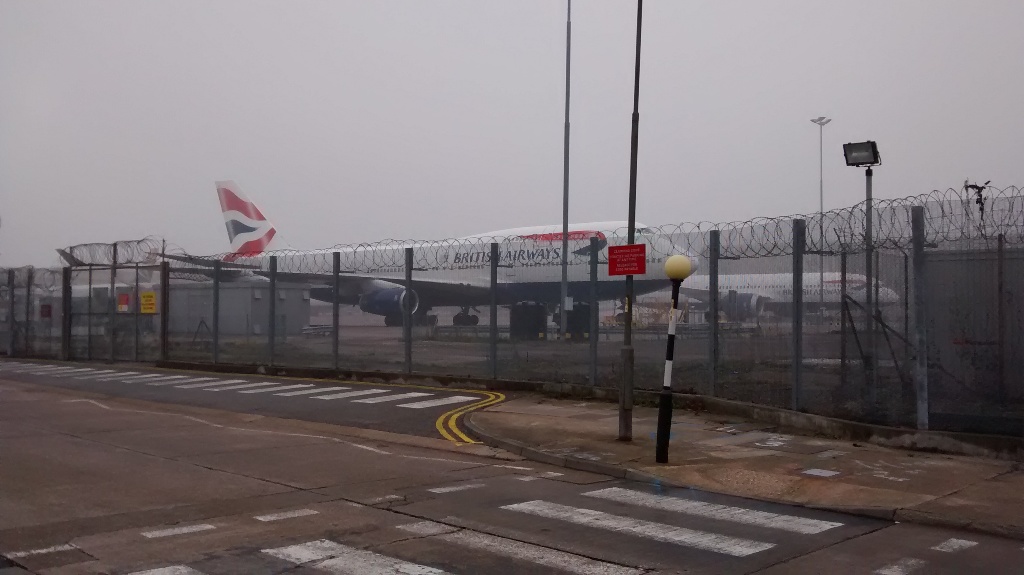 View from our hotel room.

Taken at about 9am Taken at about 1pm 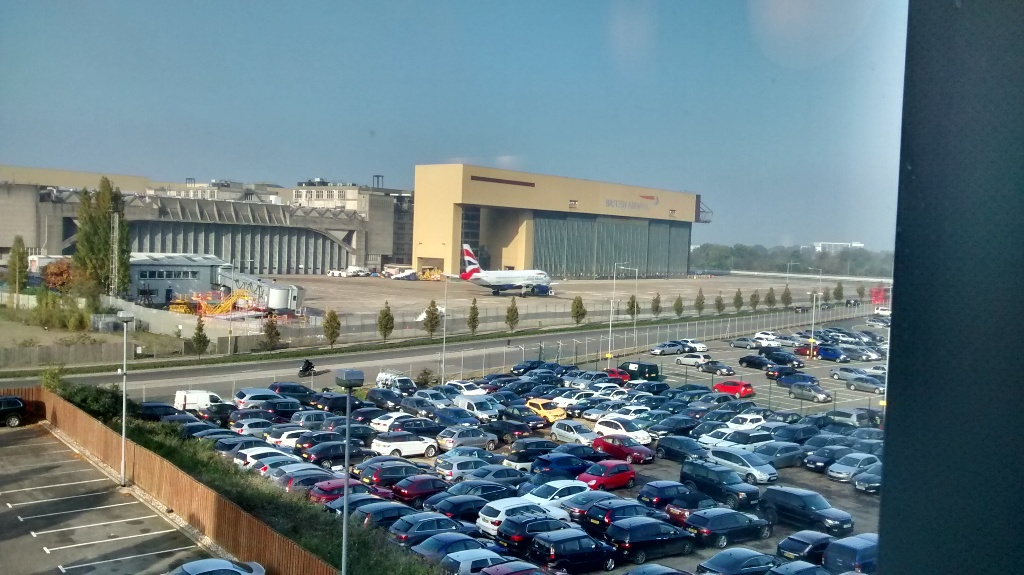 The fog cleared a little bit during the day was still there in some areas.
At 3pm we checked out and went to LHR via Metro.


And now I start with the second flight segment LHR -> MUC on Monday, November 2nd 2015.


When we arrived at the airport it was very very busy. A lot of people with cancelled flights were asking the service staff what they should do and when they will get an alternative flight. 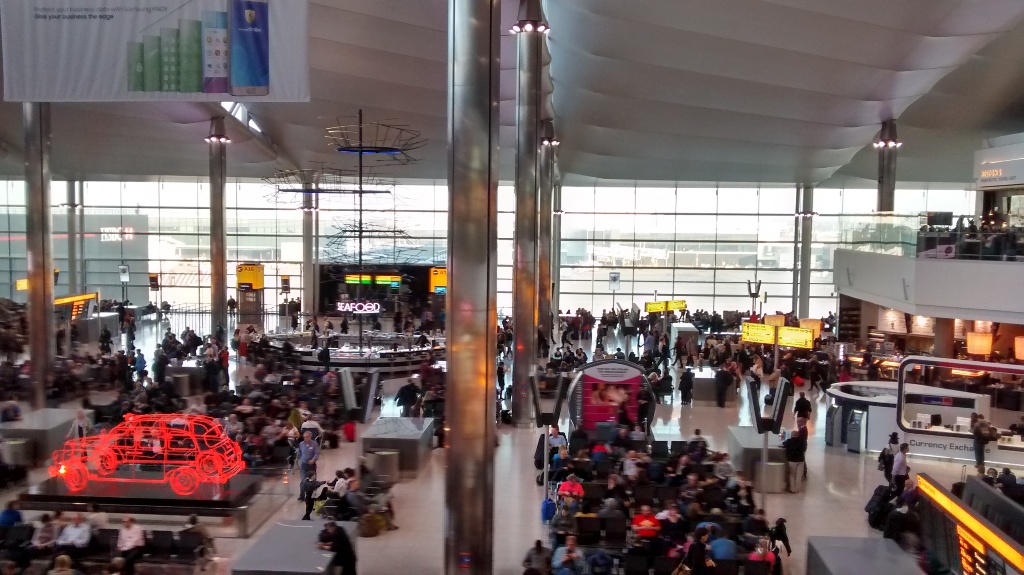 To sum it up, it was quite lucky to get the late afternoon flight to Munich, because 2 of the the morning and early afternoon flight from LHR to MUC were already cancelled or hat a lot of delay. For example the 8am flight LHR -> MUC departed at around 1-2pm local time .

Another surprise was that when we checked in the New Zealand Rugby Team (World Cup Winners 2015) and South African Rugby Team (finished the World Cup in 3rd position) arrived at the terminal and checked in for their flights back home. I got an photo with on of the Springbok players which was another highlight for me during that weekend.

(All times are local) 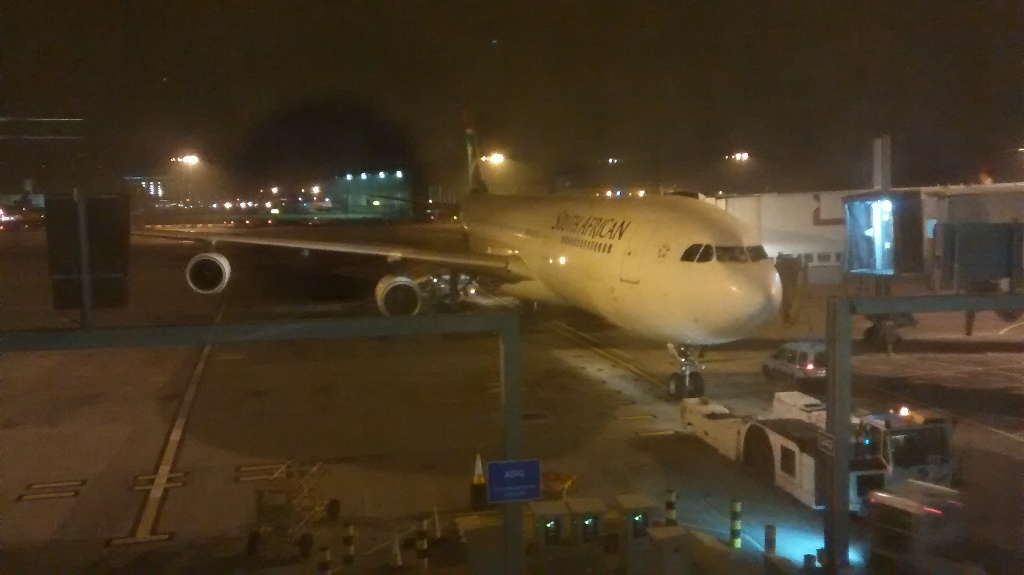 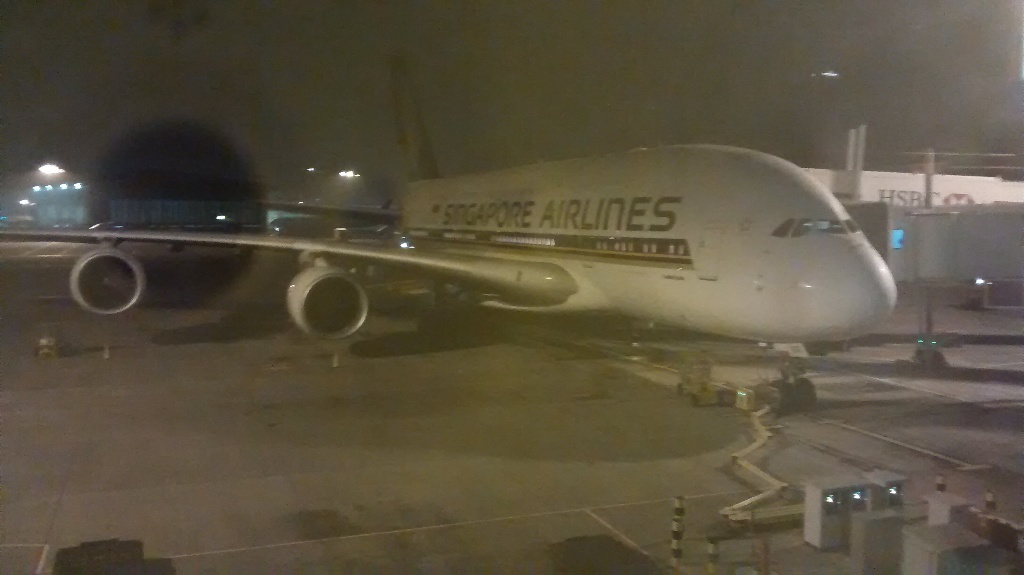 During our time at Heathrow we checked several times to see if the inbound flight LH2478 was on its way because the fog got worse from hour to hour. With quite a big delay LH2478 departed MUC and arrived at around 05:35pm local time @ LHR.

Boarding begun at about 06:15pm and was done within 20-25min. The flight was of course 100% full and the whole crew, including the captain during his announcement, tried to do their best to keep everyone happy - a few passengers were a very long time at the airport and had to wait.


With a delay of 1.5 hours we departed LHR into the heavy fog - which we left behind us after just a few seconds of climbing.

Boarding and Seat pitch, which was the same as on the previous flight. 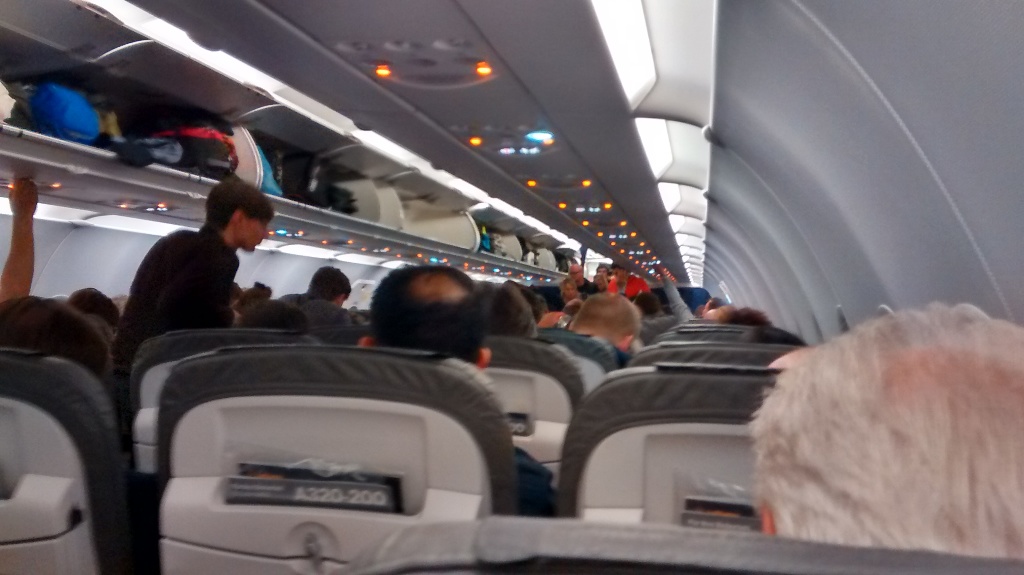 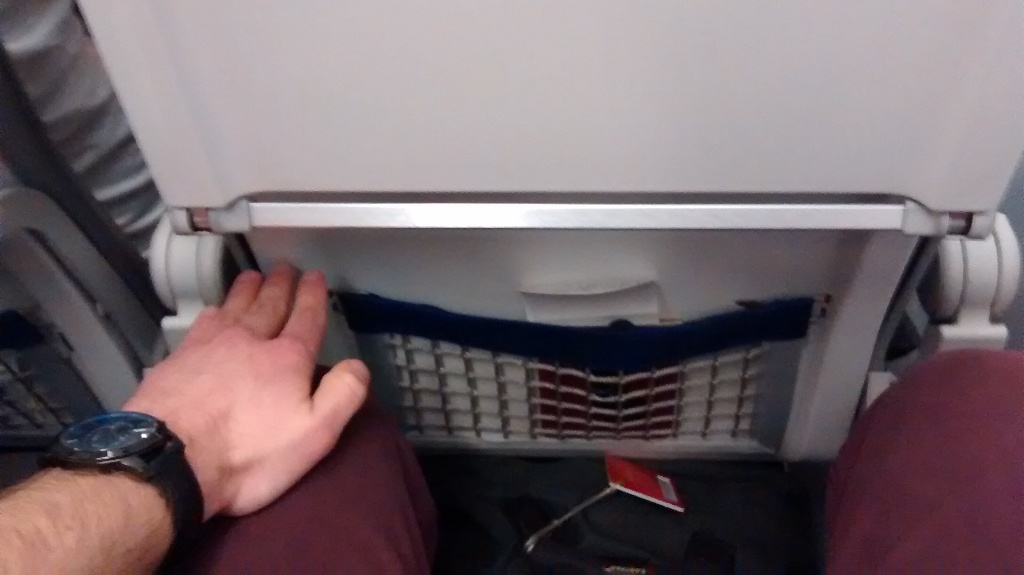 We had to wait at the apron. 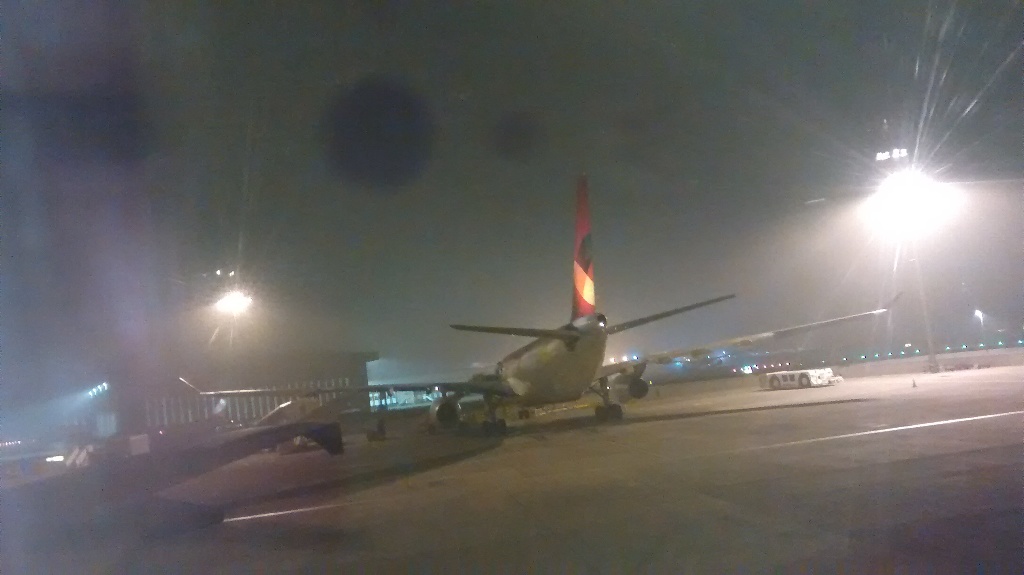 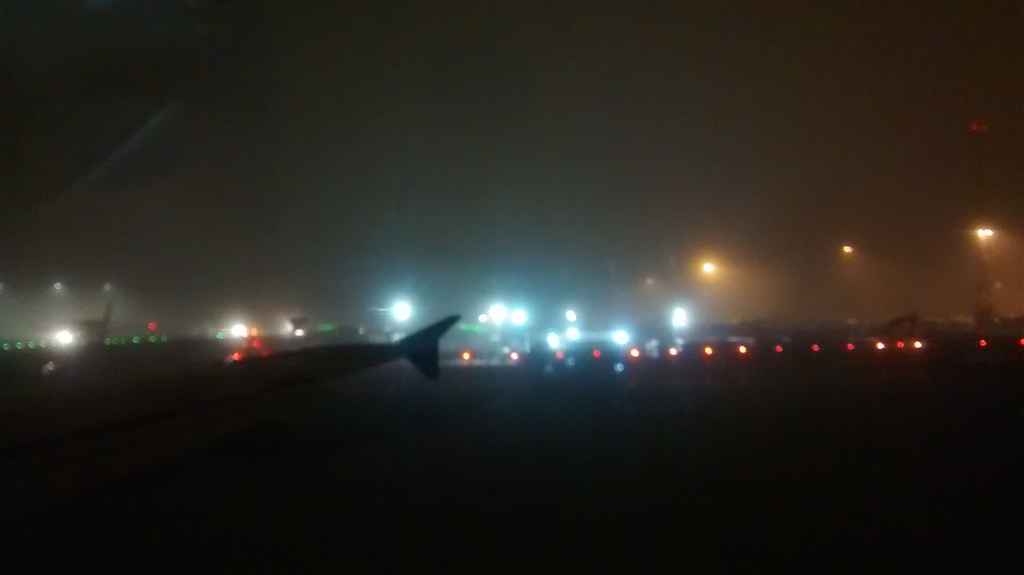 Meal service began shortly after the seatbelt sign were switched off. 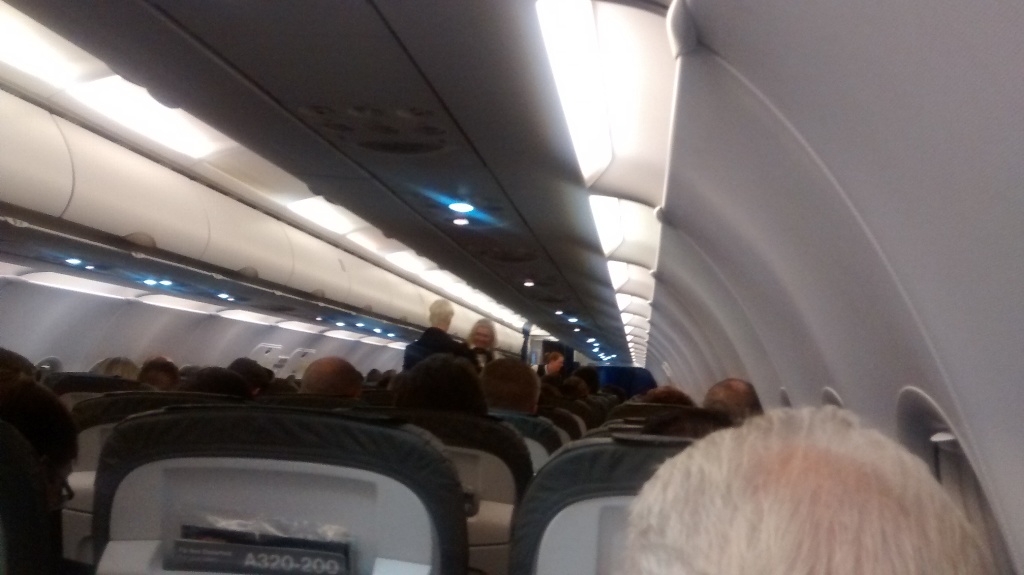 We headed south straight over Belgium and with the clear sky around you were able to see the lights of Paris at the horizon. 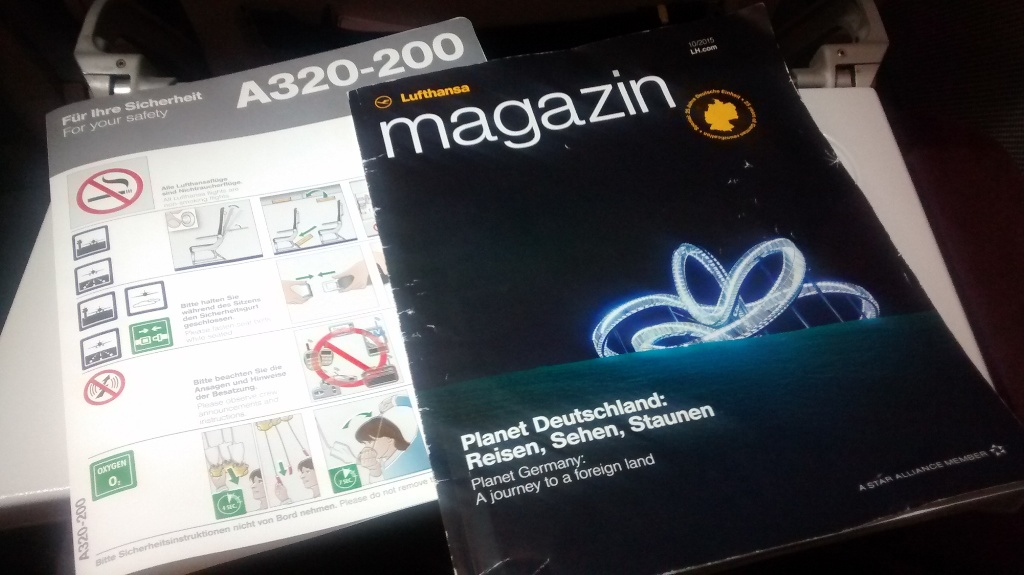 Again, there were two sandwiches offered - Beef Pastrami or Tomato & Mozzarella. (the same as on flight LH2482)
I choose the Beef Pastrami one again. 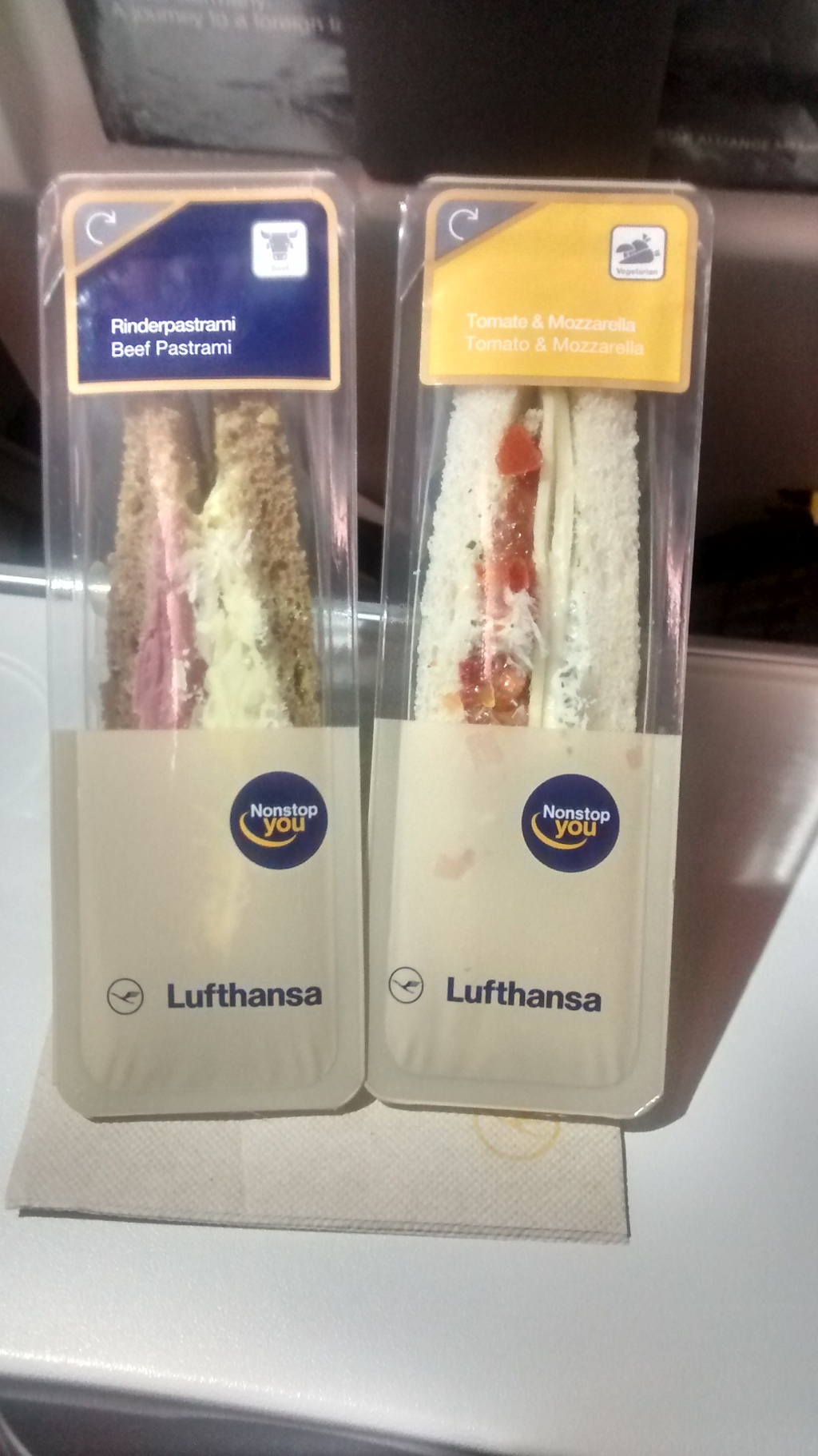 The rest of the flight was calm and nothing special. We arrived in Munich about 1 hour later than scheduled.


Finally at the gate at Terminal 2 in MUC 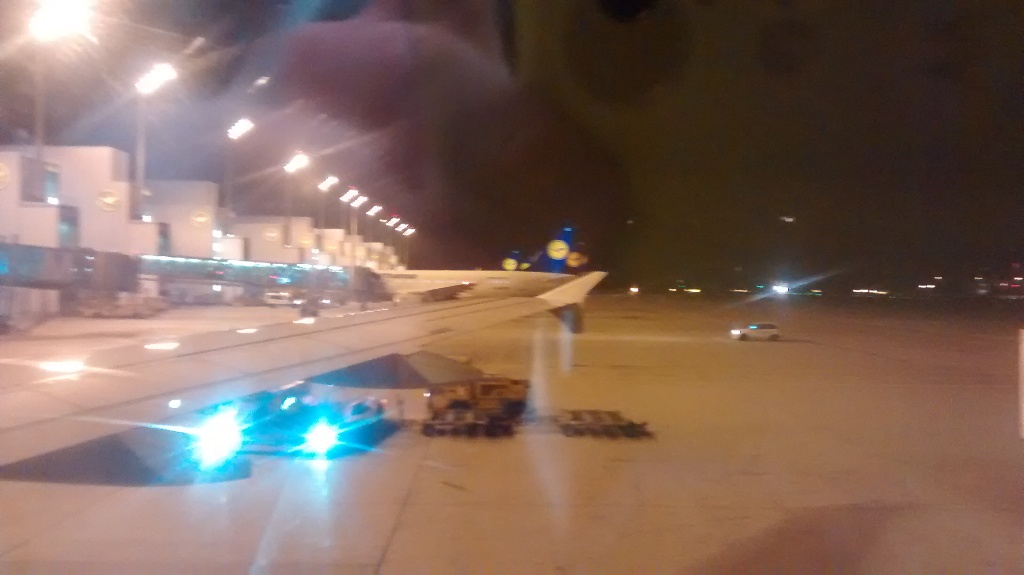 Bonus: EK A380 and EY A380 departure from LHR
On Saturday morning I was able to get the two A380s of EK and EY on tape.
You can see both departures in the videos below.


Thanks again to everyone for readiny part 2.

A special flight for me, my first ever cancellation of a flight. I hope it will be my last.
Overall, firstly I was a little bit disappointed in LH because of lack of information when my flight was cancelled. But every LH staff, hotline agent and cabin crew were very friendly despite some tired and angry passengers - they handled the situation very professional, no doubt.

You can't blame anyone for that cancellation. As someone who is interested in aviation, I know how difficult and stressful it must be for every airport worker and the crew during such difficult weather - and the weather was obviously very bad.

The contributors of Flight-Report published 3 reviews of 2 airlines on the route London (LHR) → Munich (MUC).

The average flight time is 1 hours and 49 minutes.