#24 out of 141 Airlines A minimum of 20 Flight-Reports is required in order to appear in the rankings. 201 reviews

1 – [b]Flying Dolphin [/b]
My trip in Japan is getting more closer to the end. I had a ride on a FDA E170 all green and now I have to go to the second Nagoya’s airport. And to do so I have to take a bus and a train. This is to the aim to fly with a B737-500 ANA to my final flight to Tokyo Narita.

But before to go I stay few minutes on the Komaki airport terrasse where some aviation enthusiasts were taking some pictures of the planes, military or civilians. I found this nice, that this airport has a terrasse. This is so enjoyable espacially during a sunny day like today. 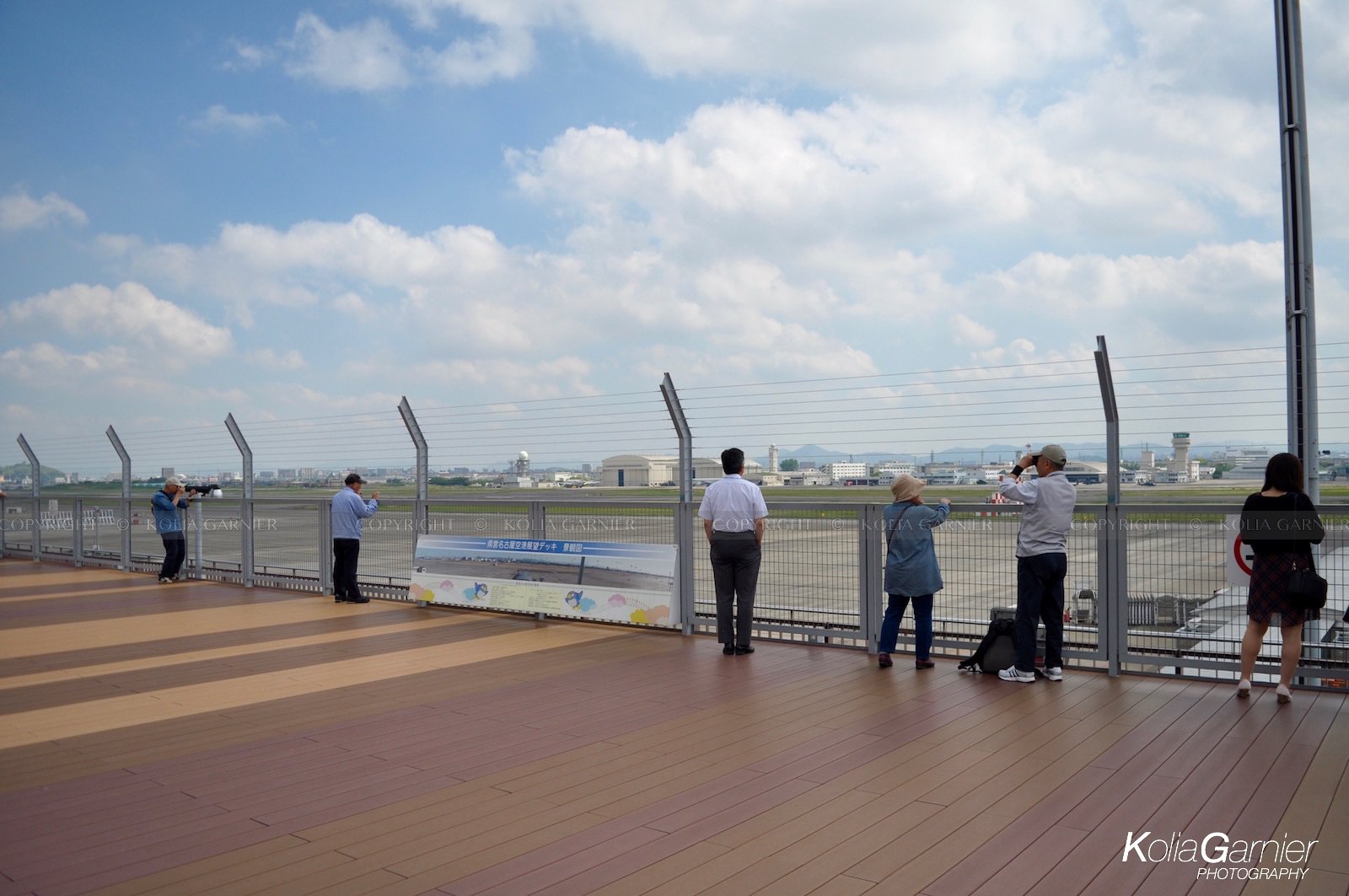 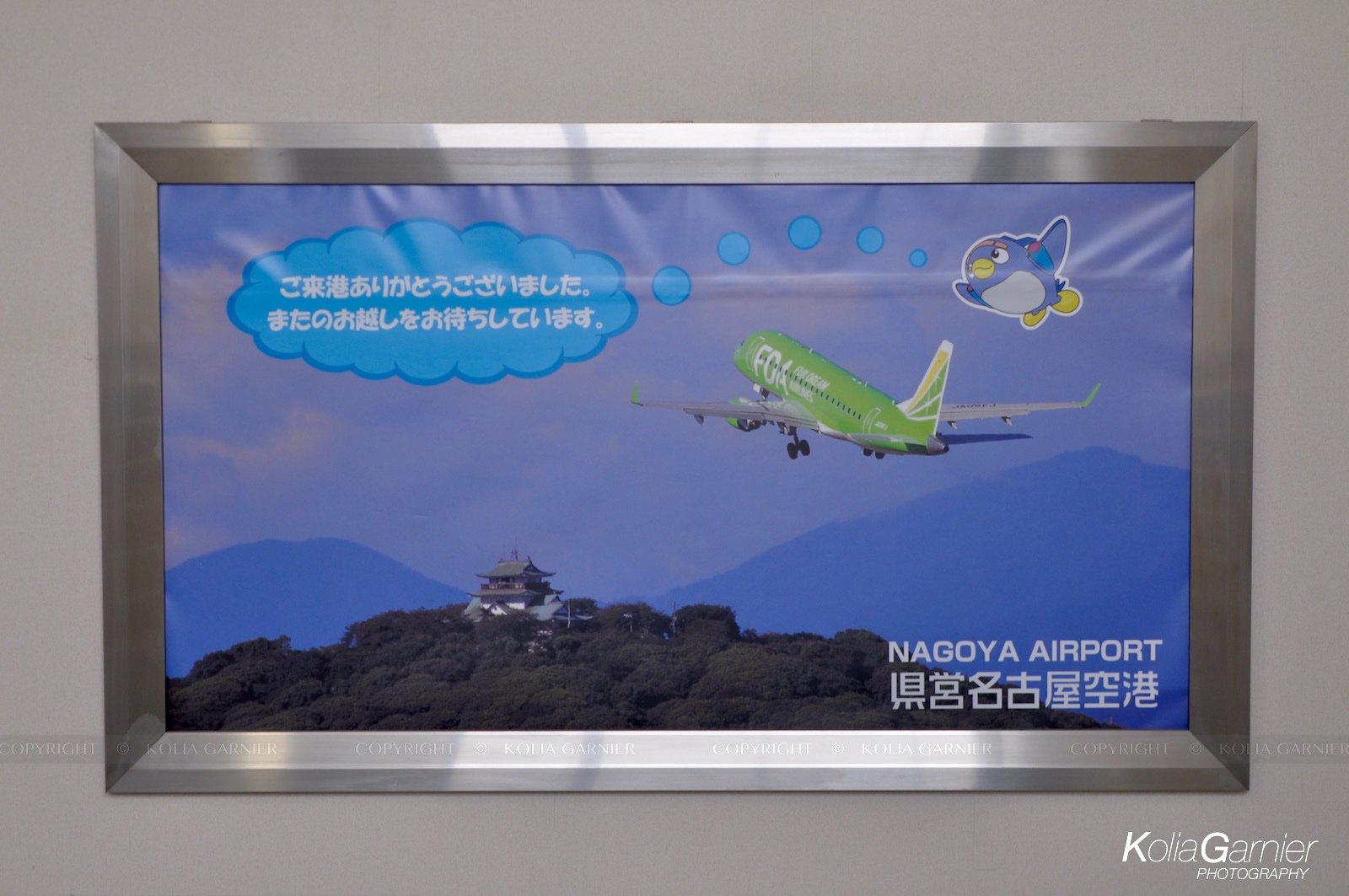 So after being on the airport’s terrasse it’s time to go to the Nagoya International Airport. And as I say before to go there I had to take a bus and a train. During my train journey I had the opportunity to be at the front of the train and have a nice view. Because the journey was a bit long, I slept a bit. Then I arrived to the airport’s train station and went to the checking area. 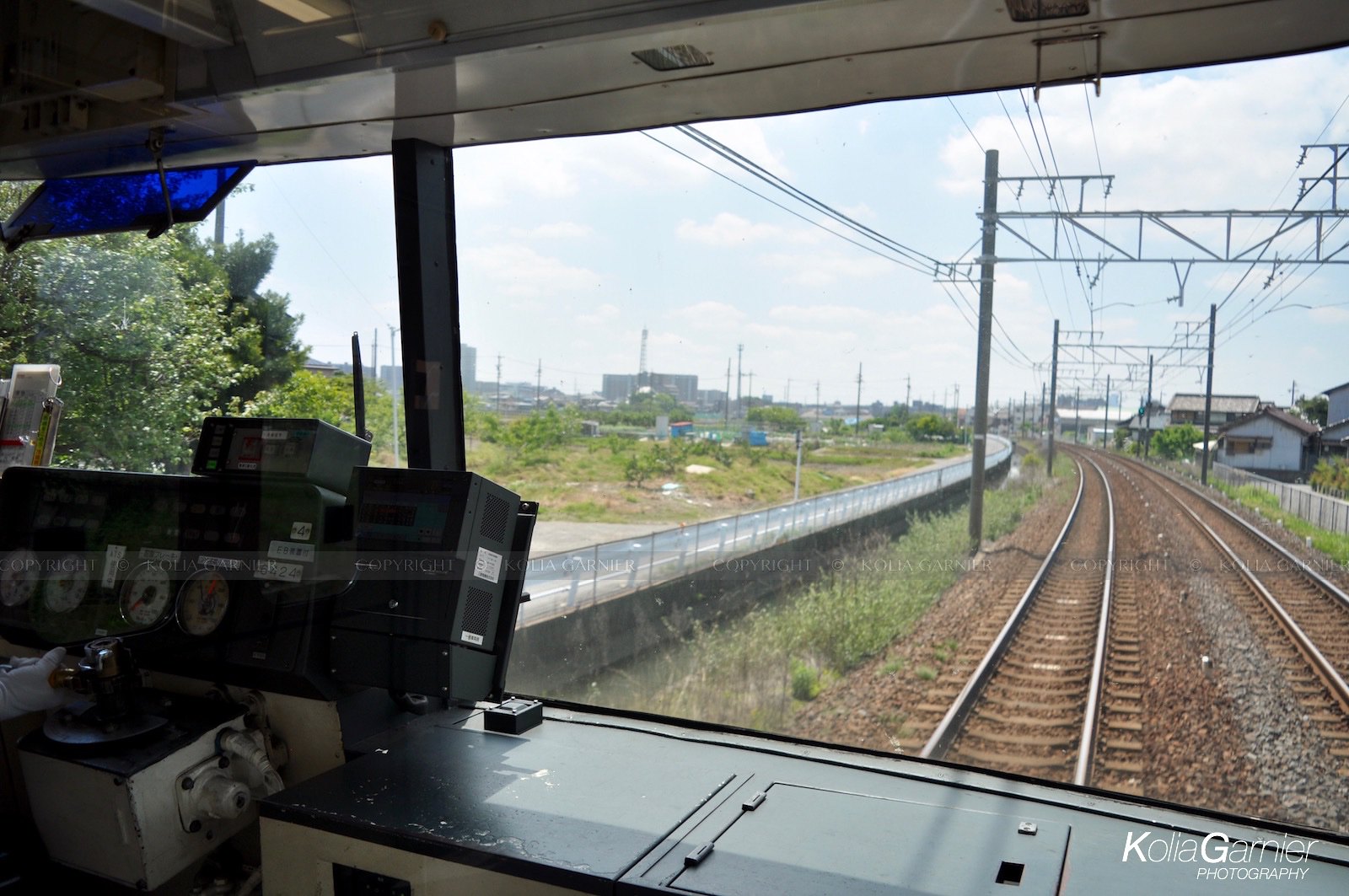 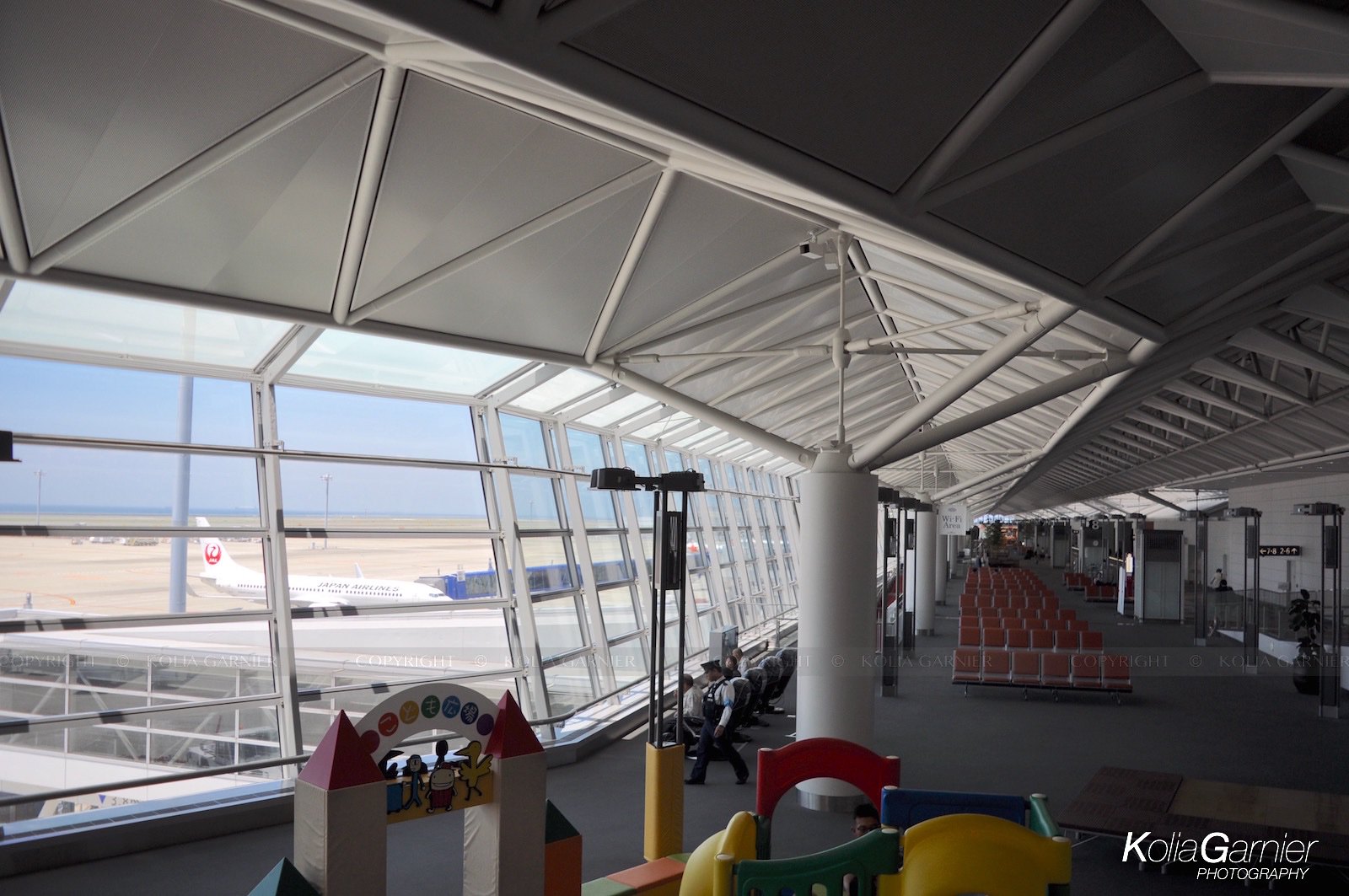 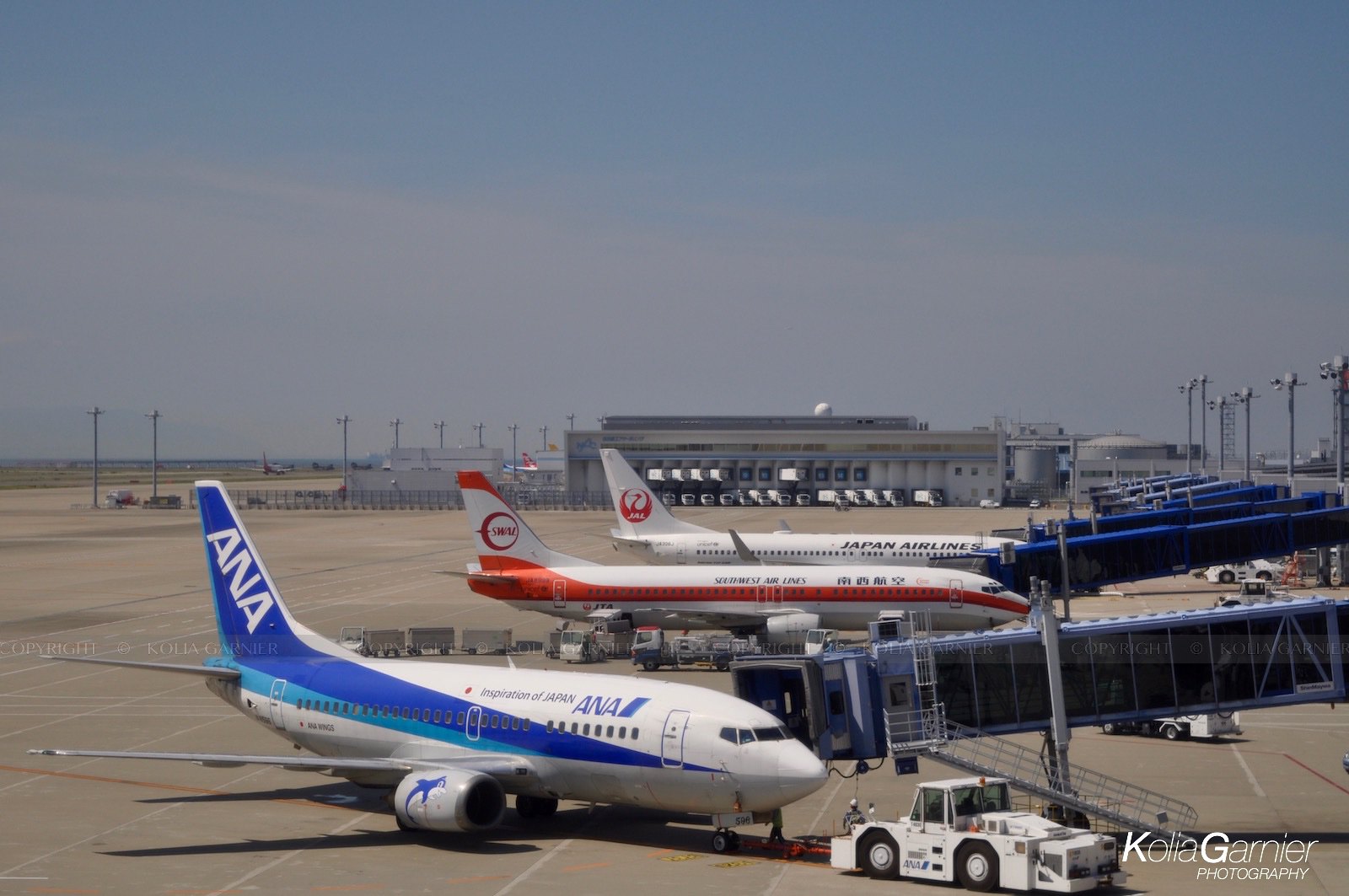 The Nagoya International Airport is brand new. It’s also a big airport. Also this airport has a terrasse and large windows allowing to see planes easily. Because I arrived a bit earlier, I took time to walk around the airport and then went to my boarding gate. 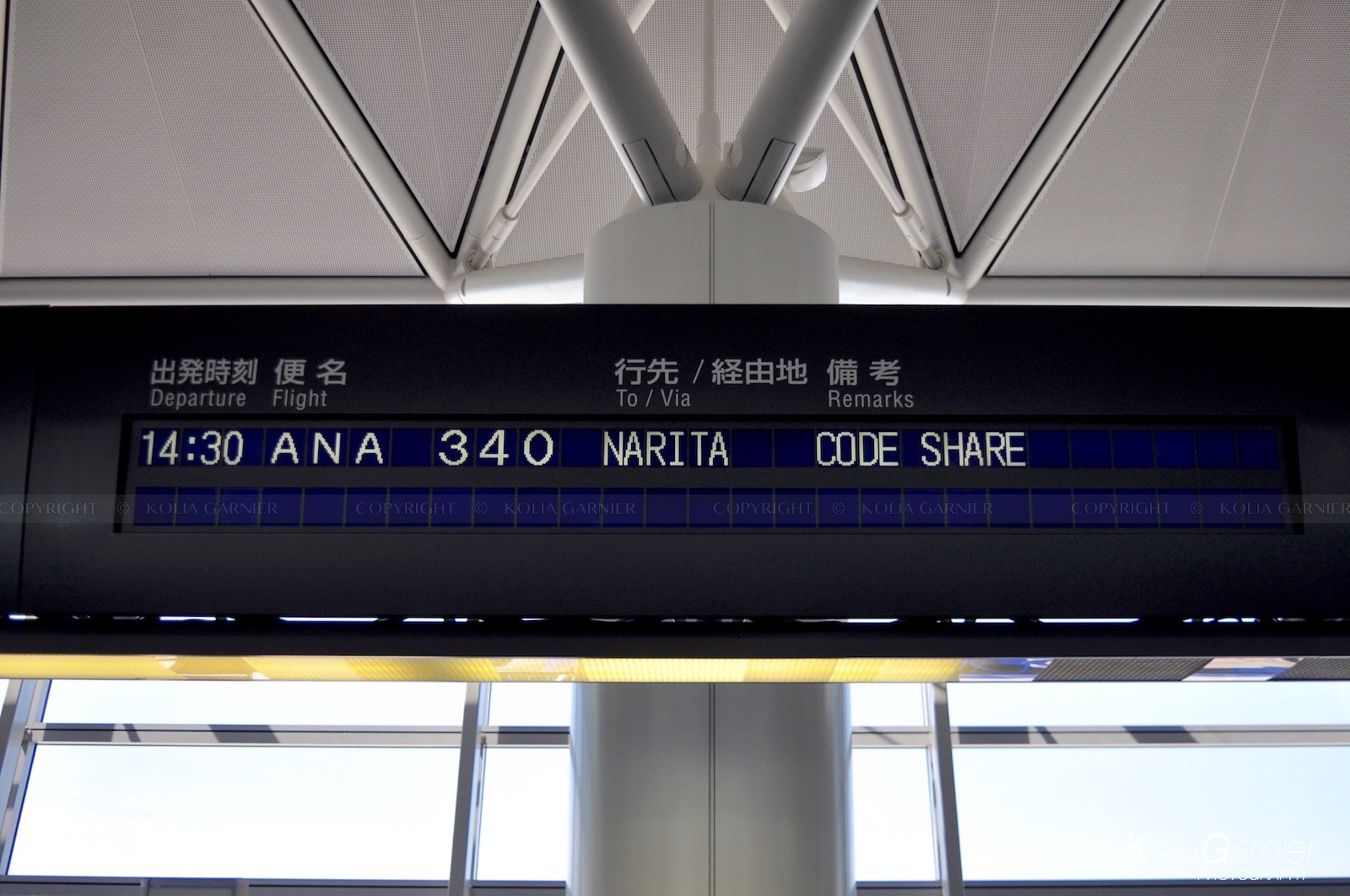 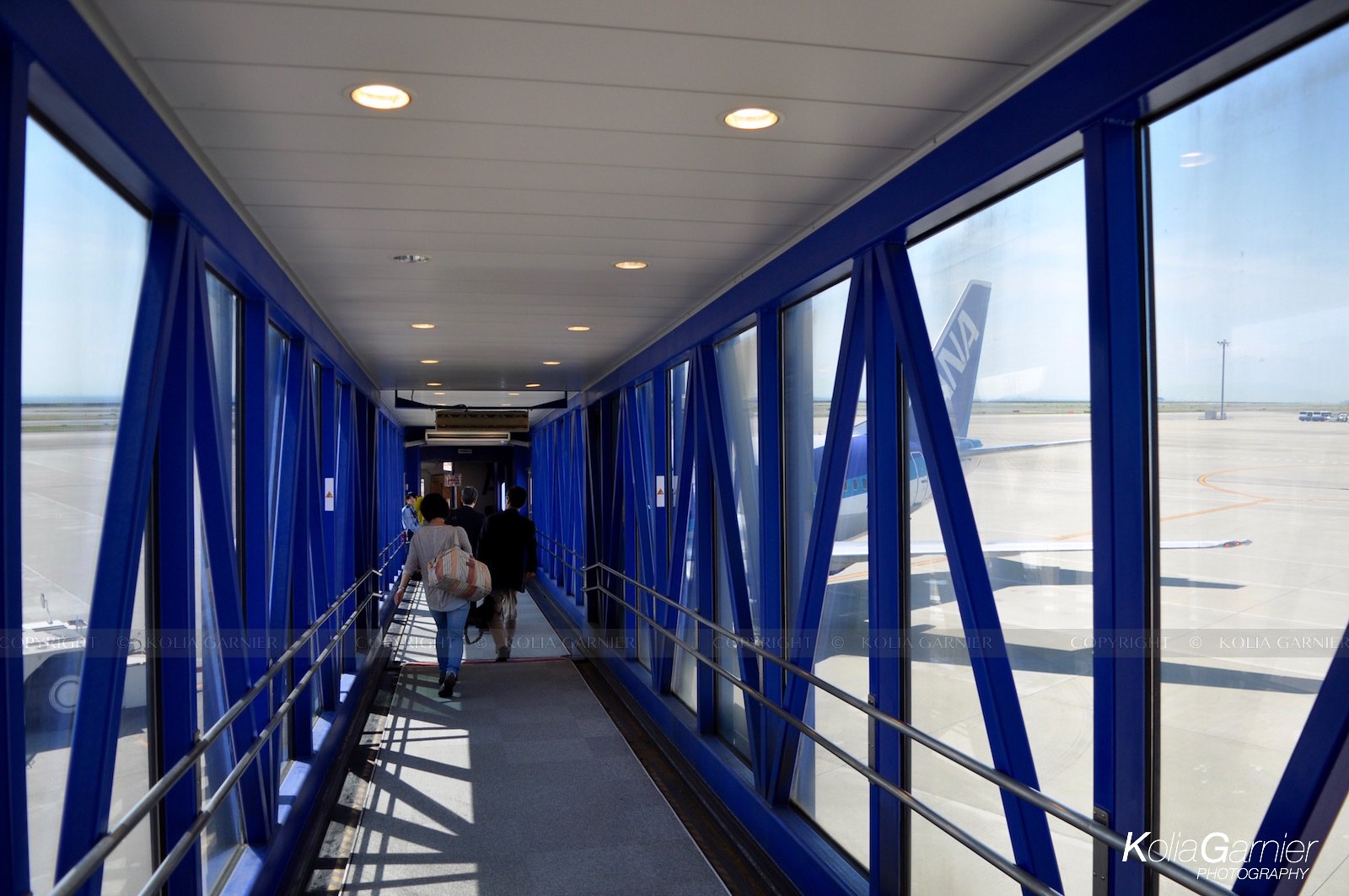 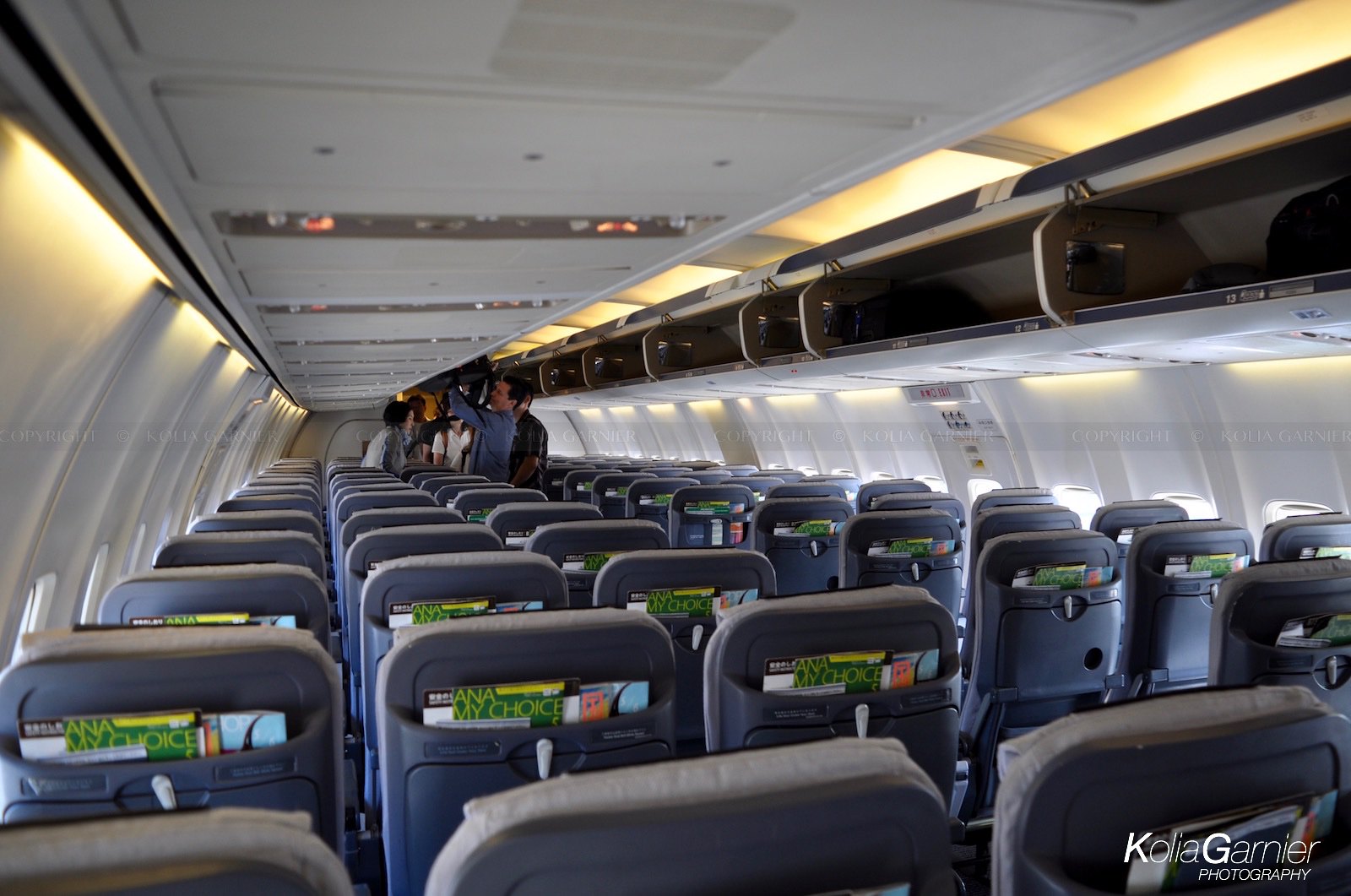 Boarding was called and I was one of the first passenger to enter into the plane which allow me to take a nice picture of the cabin which has a japanese look (quiet « sobre »). Today’s plane will be a Boeing 737-500. When the boarding was completed, we pushed back and we had the « good-bye salute » from the ground crew. Now let’s taxi for take off. 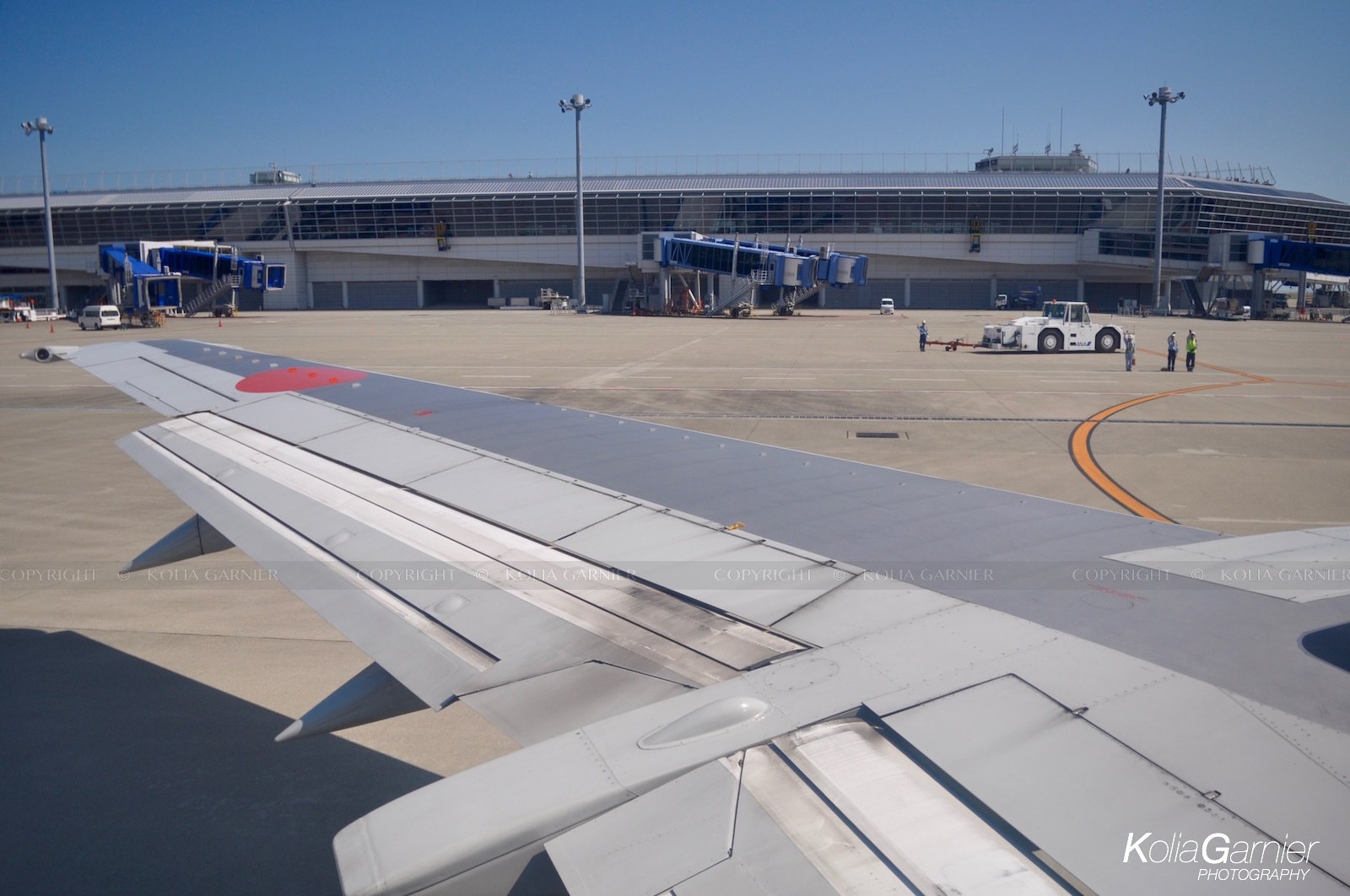 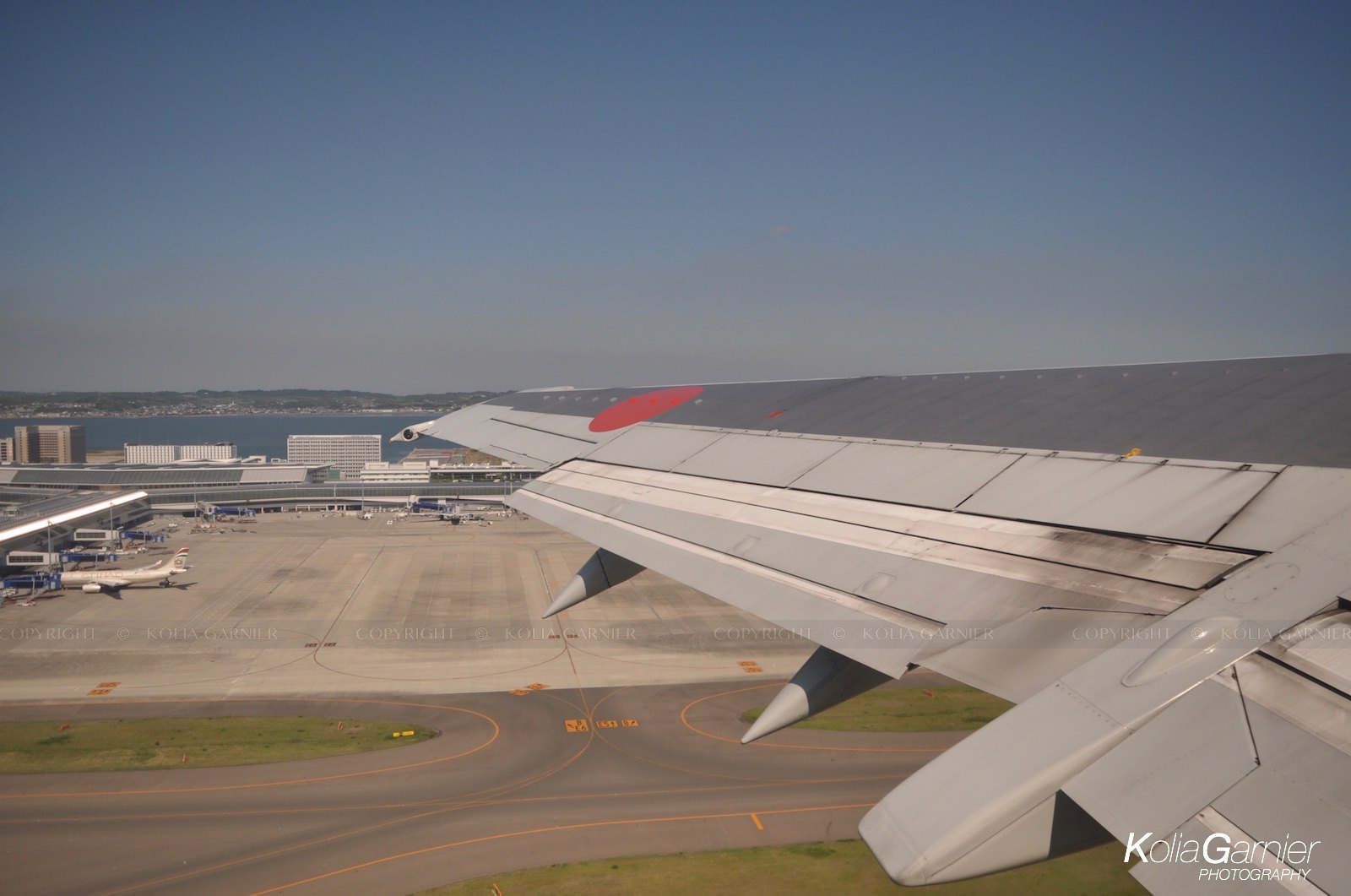 Take off was very soft. The plane was noisy, but this is normal because this is an old plane. I liked it. When we arrived to our cruise altitude, I started to discover my seat and what was inside the seat pocket. Quickly after the inflight service started, and drinks were complementory. The rest was on purshase (like SAS). 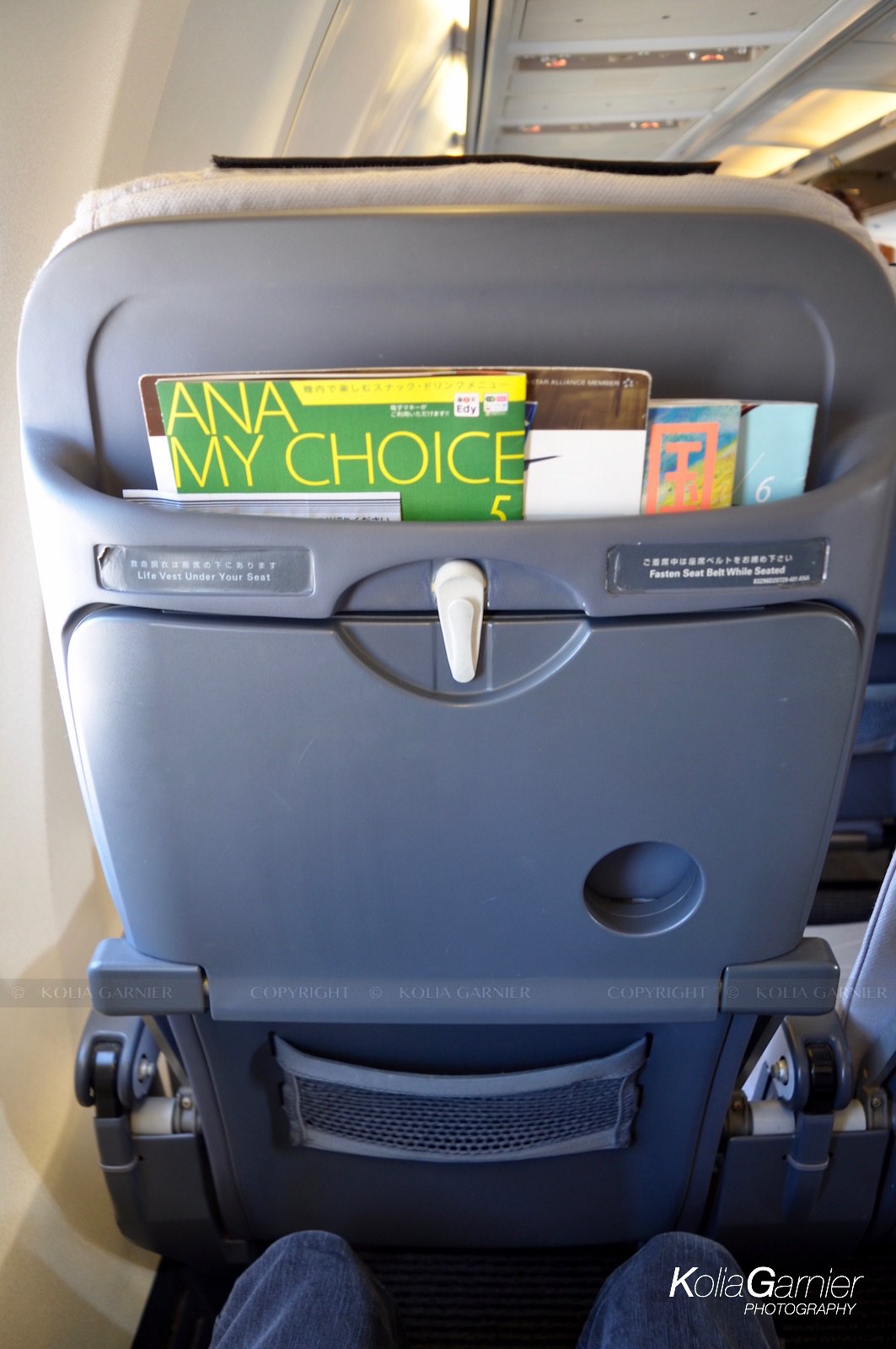 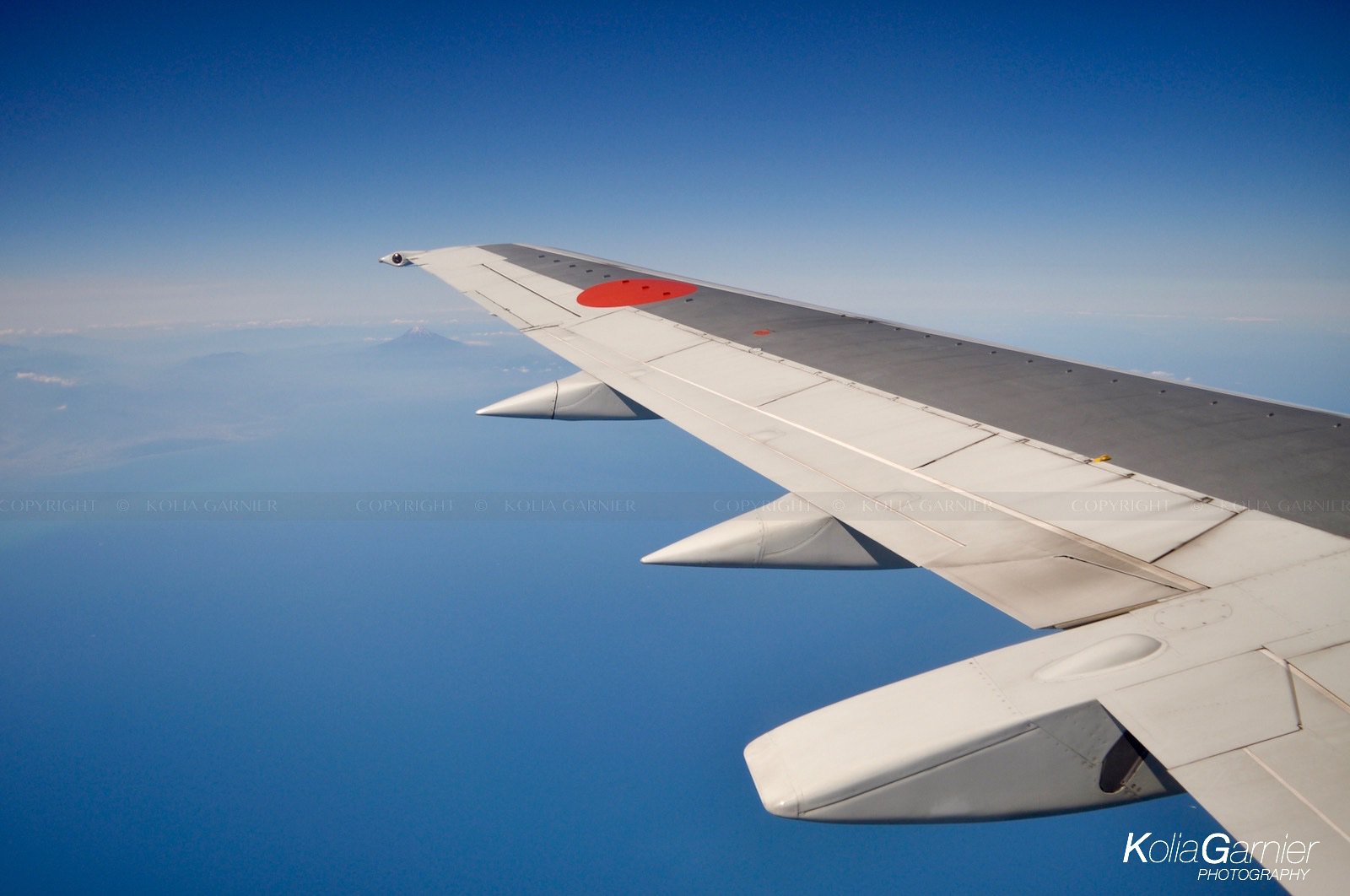 During the flight my dream came true… to see the MONT FUJI from PLANE !!! I was really happy. This was for a moment like magical, even if it was a bit far away. This was meaning we were getting closer from Tokyo. So yes few minutes after we start our descent to Tokyo. 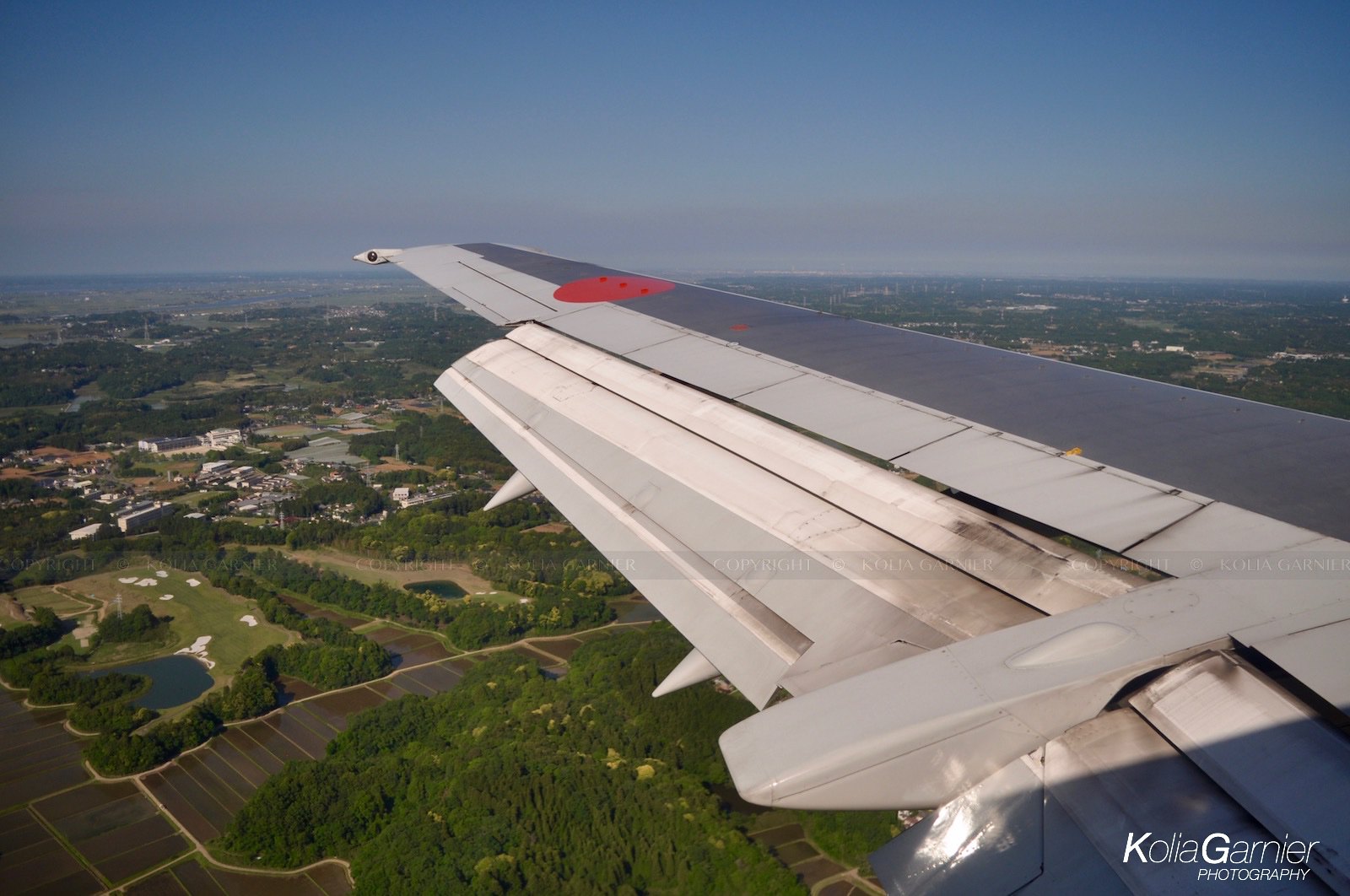 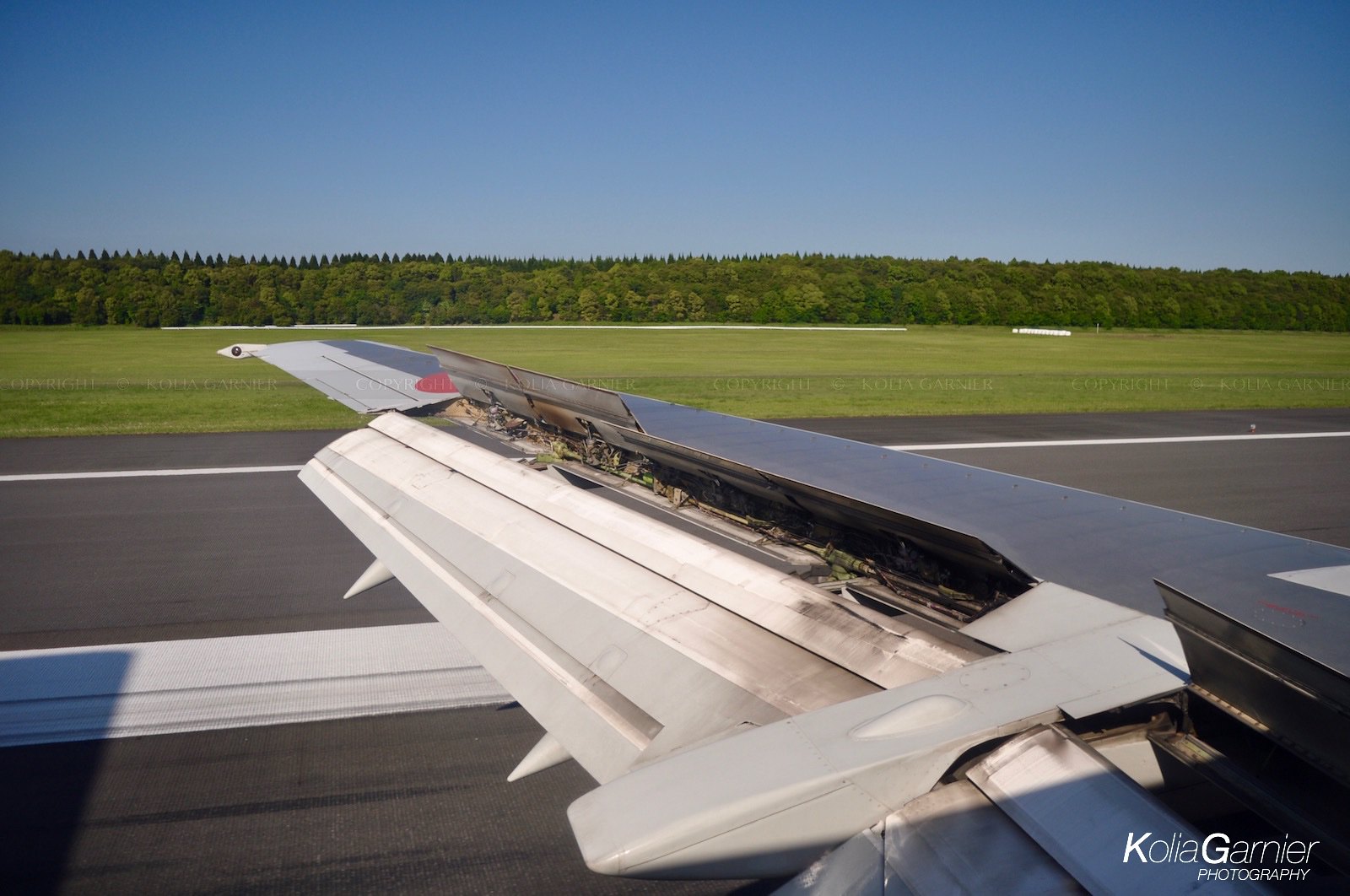 We had some turbulences during our approch, but it was fine, and we land safetly in Tokyo Narita. The pilot parked the plane on a remote area which allow me to take a nice picture. For the little story my luggage stayed into the delevry area aiside. I had to wait a bit, before an ANA crew bring it to me. Thank you to the ANA handling staff for having reacted quickly to find it back. Now it’s time to go to the hotel for a last night before to fly back to Paris. 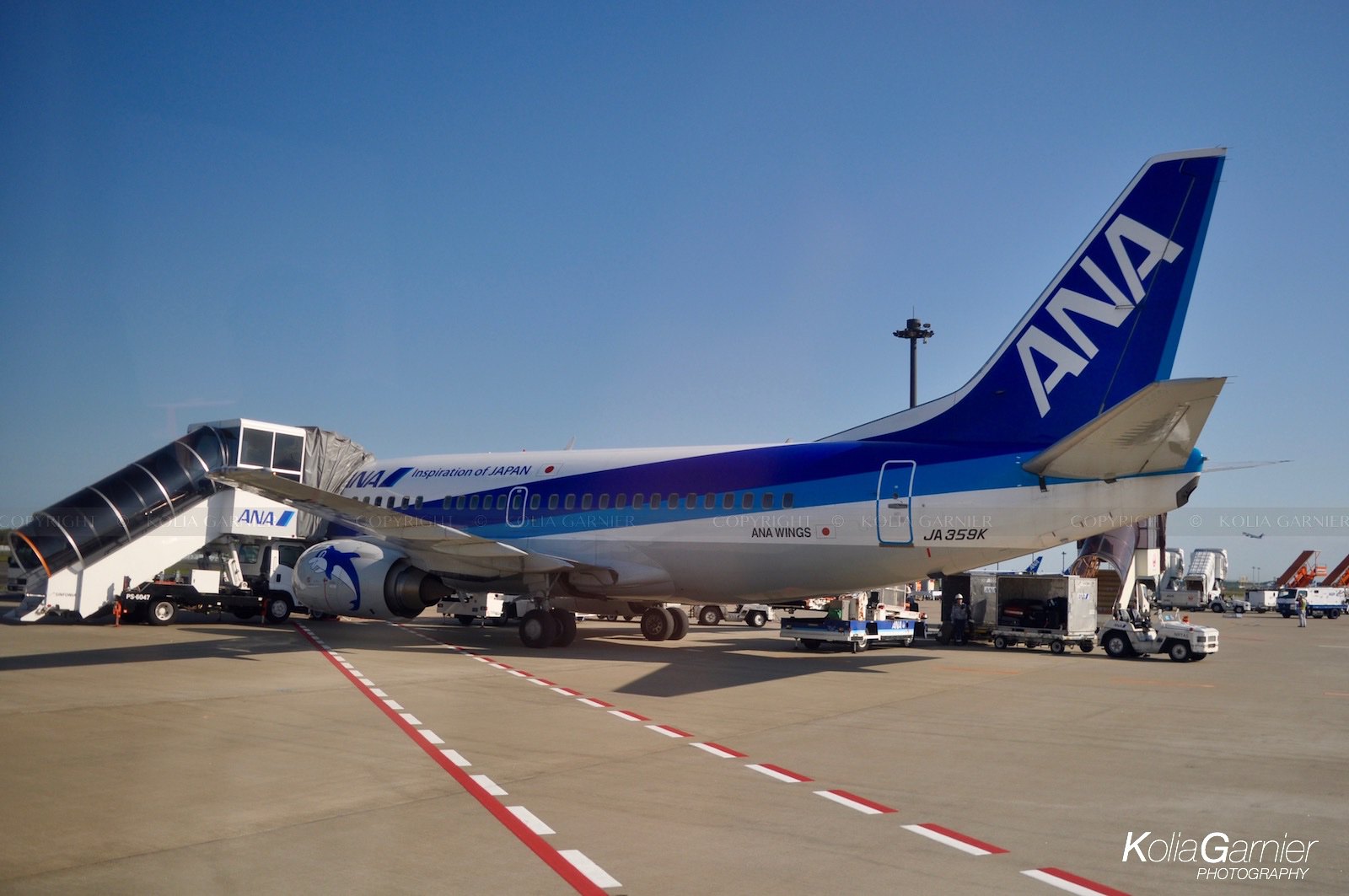 I found this flight a bit boring. This was my 3rd flight inside Japan, and it was not the best. But I was happy to try it. The service is very light, only drinks were offer. The interesting point was I was able to observe the Mont Fuji, and this was my dream, I made it !!!

See you soon for my return to Paris via Franckfort.
See more

So to conclude this flight I can say that it was a convenient flight, no expensive, reliable. The crew was professional but nothing more, I can understand, due of the time flight. I will be happy to try to fly again with ANA to be able to discover a bit more about this airline.

The Osaka airport is great, you have a terrasse, and all what you need... Plus it is a super clean airport I love it ! Tokyo Narita, is a nice airport but a bit far away from the city center... But that's not a problem for me.

The contributors of Flight-Report published 6 reviews of 2 airlines on the route Nagoya (NGO) → Tokyo (NRT).