By TerryYong 2306
Published on 31st August 2014
Recently, me and my partner did our long trip for the year, a 10D/9N (excluding flights) trip to Turkey, visiting Izmir, Cappadocia and Istanbul. This trip was a combination of paid and redemption tickets, with our itinerary being SIN-KUL-IST-ADB(Izmir)-ASR(Kayseri)-IST-SIN on a combination of 6 flights on Jetstar, Turkish Airlines, Pegasus Airlines and Singapore Airlines. The really tiring routing was due to very reasonable-priced one-way TK tickets from KUL compared to SIN. And the TK tickets also allowed 100% Krisflyer miles accrual on the economy fares, which further enhanced its attractiveness. This report would be an interesting one as it covers 2 airlines that I have never flown in, one of Europe's Best Airline as awarded by Skytrax, and the other of Turkey's biggest budget airline.

The first leg up to Izmir was expected to be the most tiring, due to 3 flights back-to-back, totalling more than 20 hours of flying and transits in 2 airports. First flight was a routine Jetstar hop up to Kuala Lumpur on a bargain fare to catch the TK flight. For some reasons, online check-in could not be done and we did counter check-in on the day of departure. We also bought luggage allowances for our long trip.

Changi Airport Terminal One was Qantas group land in the late afternoon. 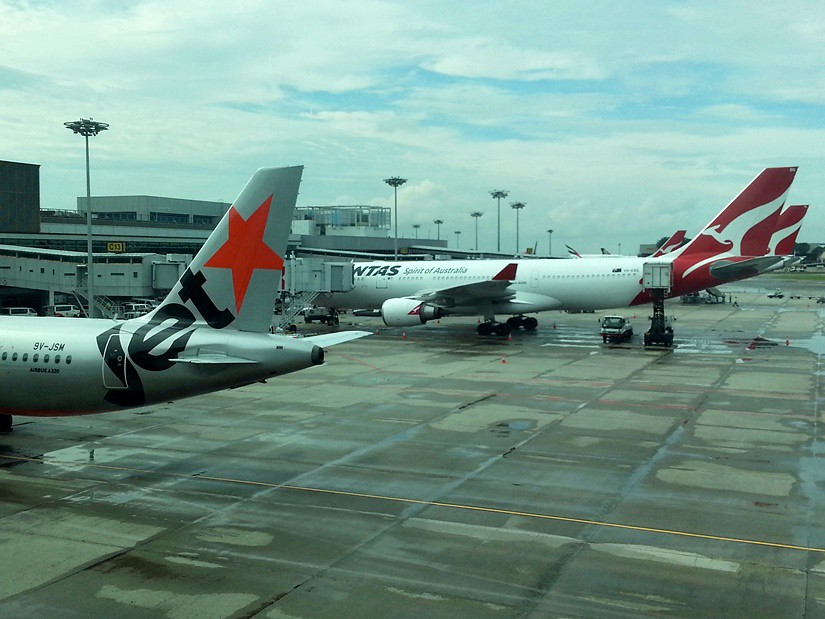 Boarding pass and plane at the gate. One of the oldest planes in the 3K fleet, 9V-JSB, would be forming the short hop to KL. This flight is also code-shared with QF and EK. Perfect for QF connecting passengers to KUL. 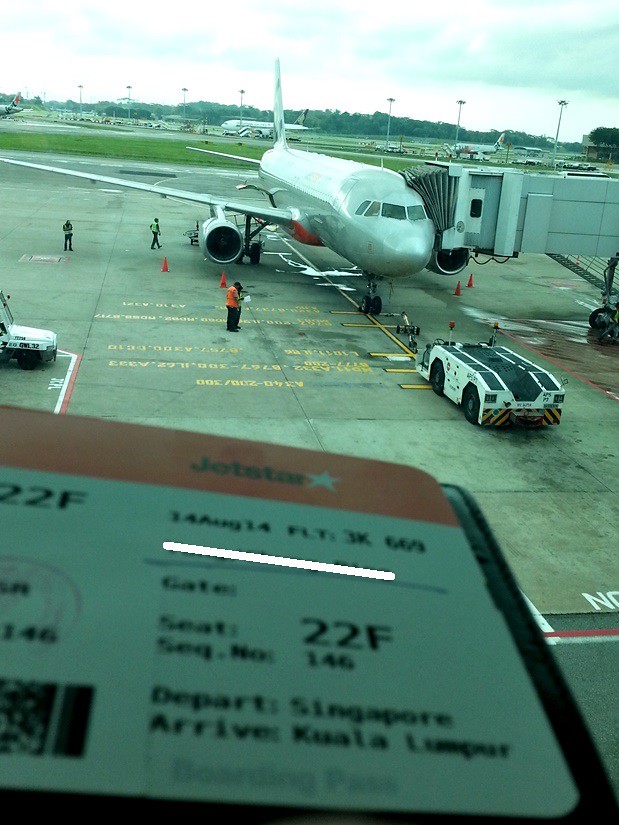 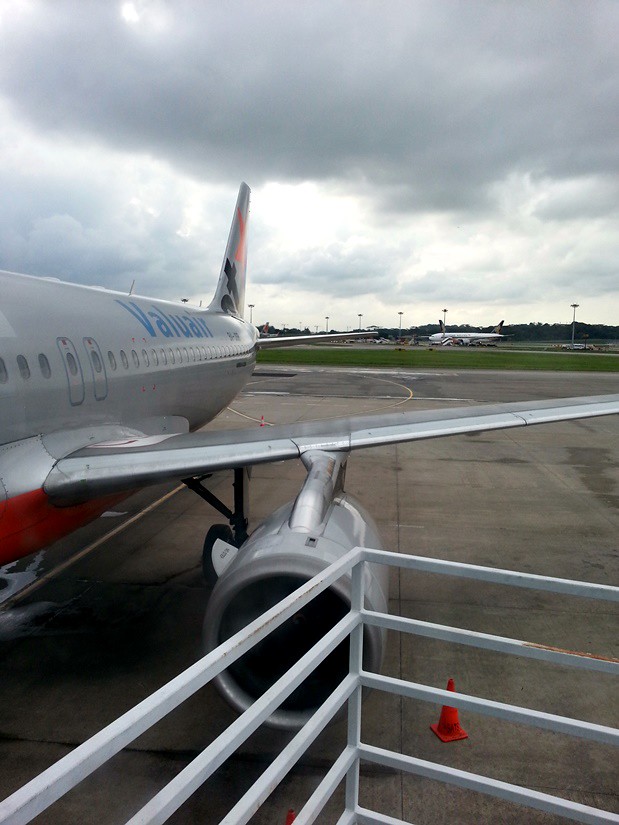 Boarding in progress. The cabin is definitely seeing its age. Flight turned out to be rather full, but the middle seat between us remained empty. 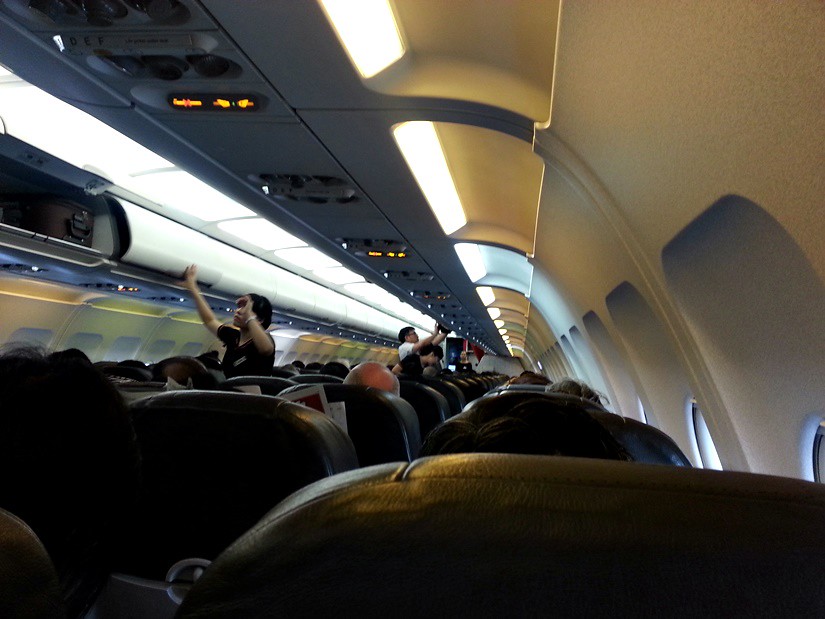 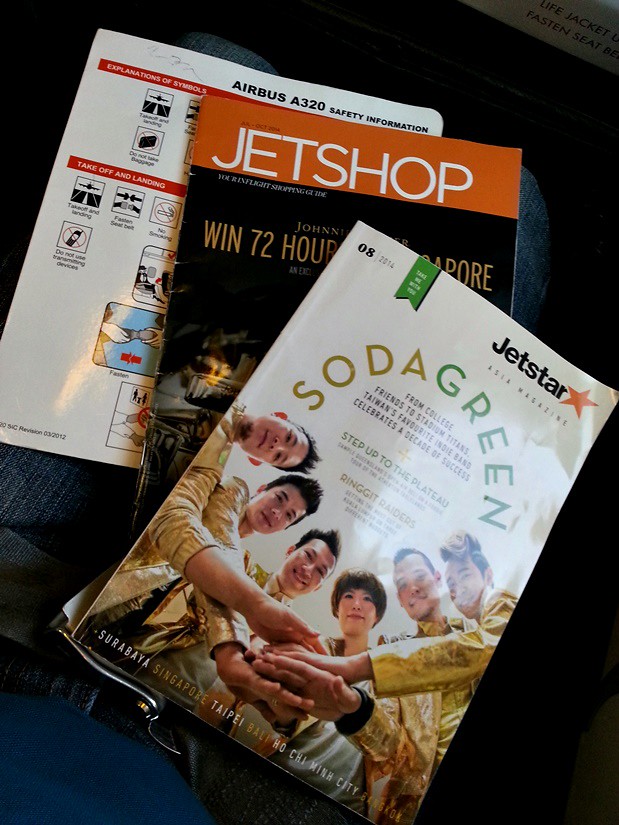 Soon we pushed back and taxied to the runway for the expected 40min flight to KUL. 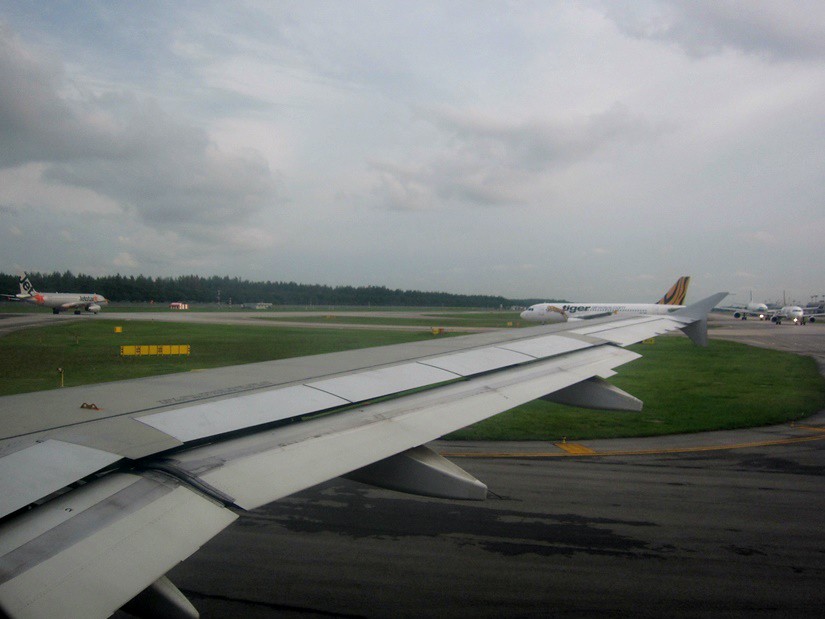 After waiting for a couple of planes to depart, we took off from Rwy20C.


Ships anchored at the Singapore harbour. 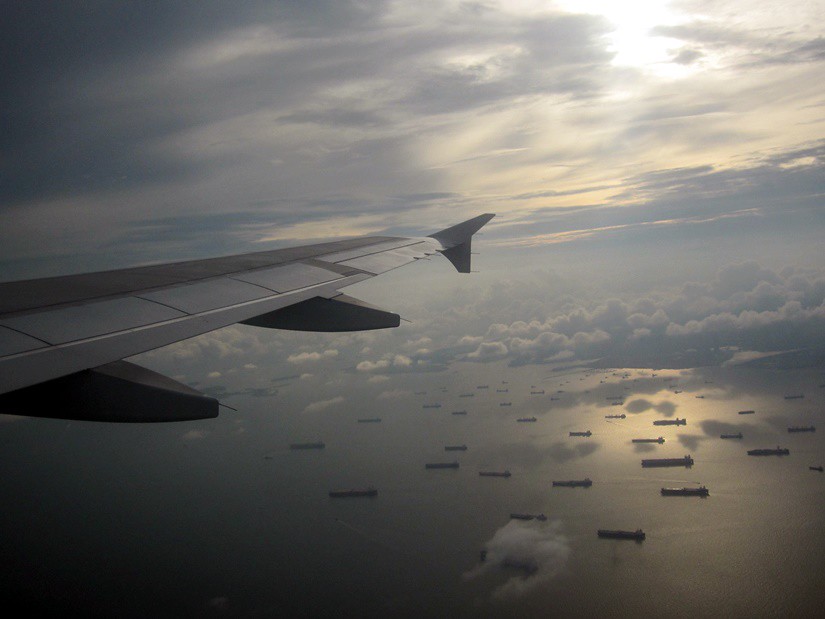 We were in between clouds throughout most of the short flight, but it was still a rather smooth flight. 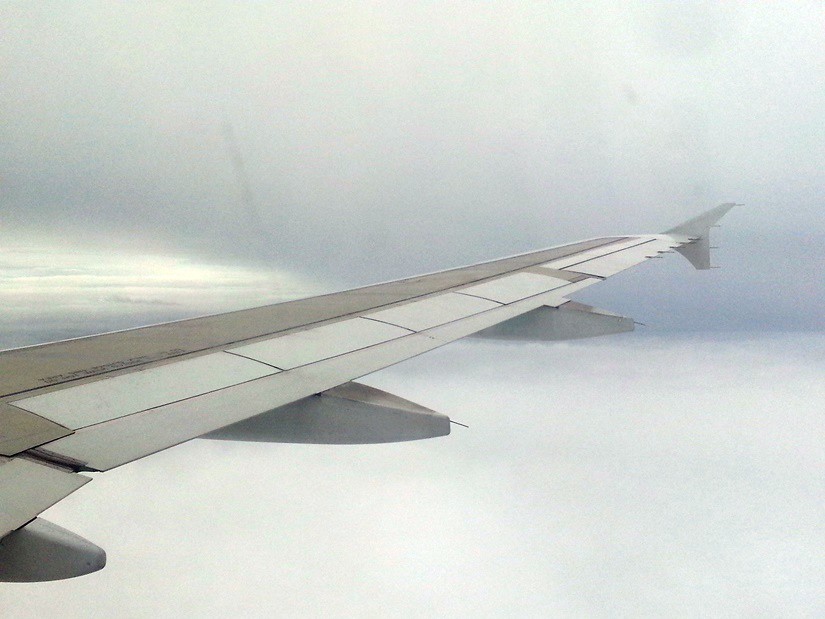 Cabin in-flight. A quick BOB snacks/drinks run was offered by the crew coming down the aisle with the menu card. Any orders were delivered directly from the galleys. However most passengers chose not to get anything for this very short flight except for a few drink orders and pre-purchased sandwiches (I think QF/EK code-shared pax were offered sandwiches and drinks but correct me if I am wrong). 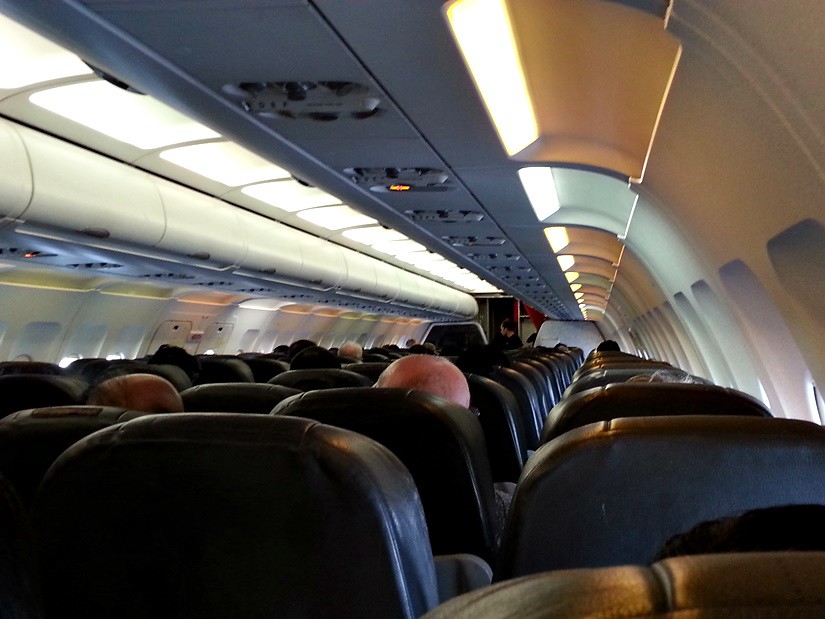 Very soon, we were starting on our descend. 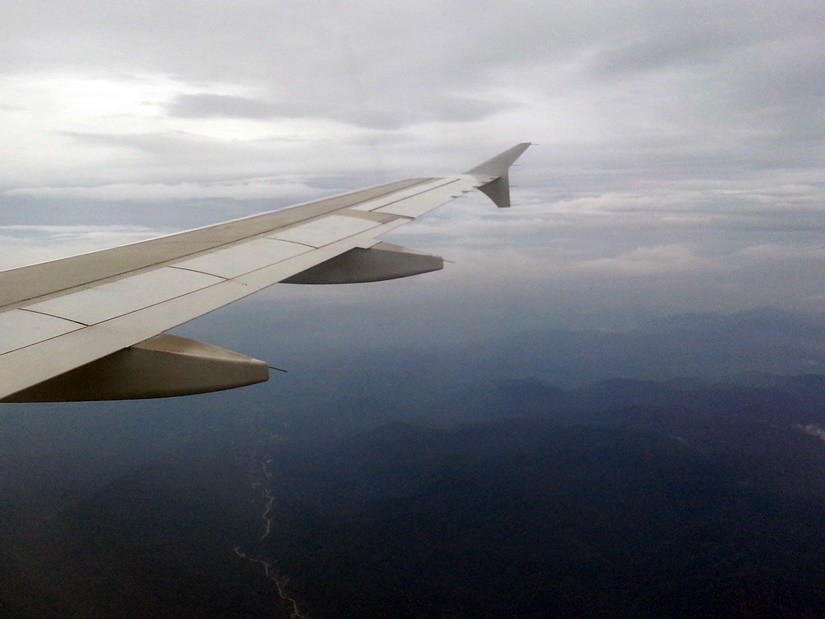 Here, we were overflying Subang Jaya prior to making a turn back towards KLIA. Spot Sunway Lagoon and Subang airport! 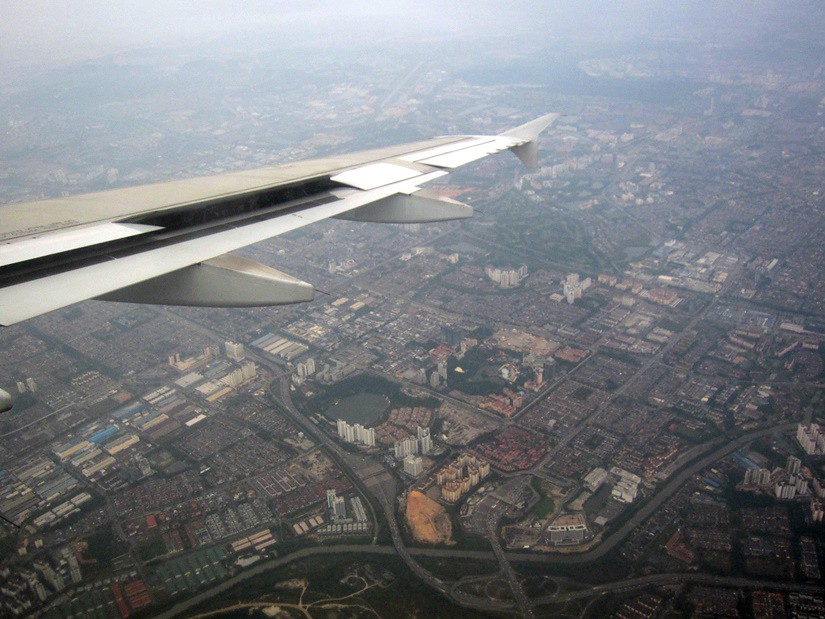 Landing in KLIA Rwy14L after 39min in the air.


Parked at the gate at the satellite terminal of KLIA. 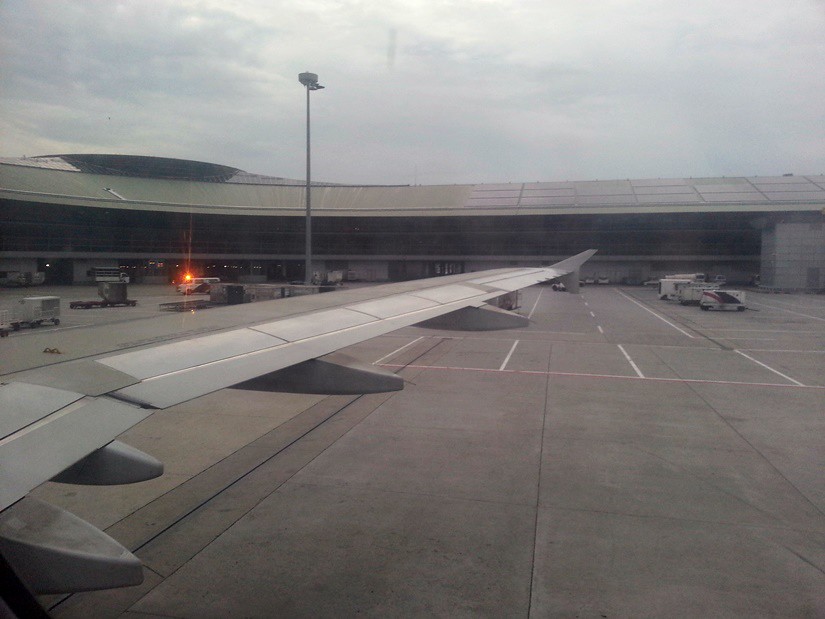 Took the train to the main terminal building for immigration and luggage collection. Immigration was painless as there were no queues but luggage took a while to appear at the belts. After collection of luggage, we proceeded out and went to the departure terminal to check-in for the next flight on TK.
See more

It was a standard no-frills hop on Jetstar again.