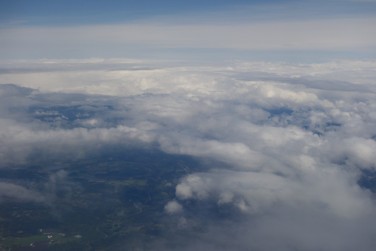 #35 out of 74 Airlines A minimum of 10 flight-reports within the past two years is required to appear in the rankings. 753 reviews

By jetsetpanda 2872
Published on 25th April 2015
Hi and welcome to my short weekend getaway from SFO-SEA.

Here is the simple itinerary:

I planned trip trip with some family members a while back and we decided to fly on DL because a)my sister has elite status with them and b) DL uses the E-175 operated by Compass on this route so there is no middle seat and that is always a big plus in my book.

At 24 hrs. before dept. I was able to select Comfort seats for all of us and on the day of dept. I received both a text and email from DL advising that the flight was delayed. That killed my plan to visit Salumi where supposedly one can get some of the best artisan Italian cured meat sandwiches in the city, since this store has limited hours and are only open until 1530 Mon.-Fri. Bummer!


I arrived at the airport and the DL counter looked kind of busy already.


After going through security I decided to check the new hallway connecting T1 to T2 and headed to the AA/VX terminal for some browsing. DL's T1 terminal is depressing and seems to be stuck in the 80's.


I spotted this beauty before heading out to T2.


A quick check to confirm that my flight is further delayed. Yep, that's it, flight 7180 to SEA co-shared with Westjet. Now it leaves @ 1244P.


I spot some more planes and pass by the Yoga room.


After buying some pastries and magazine, I head back to Purgatory.


I check at the gate and see a container with snacks, bottles of water, games for kids and playing cards (wait, are those playing cards?) I couldn't believe my eyes since I thought that U.S. carriers no longer provided these and were extinct just like the dinosaurs. I asked the gate agent and he explained that these were provided because of a delay. Kudos to DL for providing this. It's a small gesture that can make a difference.

At the gate there was a passenger who spoke French. Perhaps a FRiste?


With DL I knew that companions can be upgraded with Silver Medallions. What I didn't know was that the maximum number of companion that were allowed to be upgraded was 1 and there were 3 of us in the record, so we ended up splitting and my sister got the last F seat of the plane. I later switched to her seat and the gate agent reissued a new boarding pass.


We boarded the plane and noticed that there was no real separation between F and Y like a curtain. They had these pieces of dividers attached to the ceiling that were used to separate the two classes and that was it.


Inflight service. I had a Fresca (grapefruit drink) and free peanuts, pretzels and Biscoff cookies. I was sitting right behind my sister and noticed that she received a hot towel, linens on the tray table and was served a Luvo wrap. Nice of DL to make the effort on this route.


I did not see any mountains on my way to SEA, and this is supposed to be one of the most scenic routes. Thankfully the landing provided us a great view of SEA.


You can tell who is boss in SEA. (Unless DL really wants it badly)


This one is dedicated to Kevin. ;)


We arrived at 1449 instead of 1402 and then took the Light Rail to the hotel. It cost USD 3 for the one way ride and the train was never full.


Room which was nicely appointed but more conservative in taste.

Except for the delay, this was an enjoyable flight on DL. I give them credit for offering more than just a glass of beverage in the back with a selection of items. Also, I was impressed with how DL tried to communicate with me about the delay and providing snacks/drinks at the gate. It seems that DL is trying harder than AA or UA.

The contributors of Flight-Report published 10 reviews of 5 airlines on the route San Francisco (SFO) → Seattle (SEA).

The airline with the best average rating is Virgin America with 7.9/10.

The average flight time is 2 hours and 8 minutes.