#15 out of 71 Airlines A minimum of 10 flight-reports within the past two years is required to appear in the rankings. 844 reviews

By pipolopo 536
Published on 6th October 2016
Hi! After flying in in the morning to Lugano for a day at work. It's time to get back. I wasn't planning to make a report, but ended up making one, that's why there's not a lot of photos. It's just that this flight ended up being special, more about this later :)

Same plane as on the way here, OE-LGR. I checked this on FR24 and parked my car in the rental car parking in the airport, alongside the runway. The parking is 200 meters (600ft) away from the terminal, and as the sun was really nice, I decided to sit on a bench there and watch the plane land while I would go through my emails. That was nice, as I knew the weather back home would not be as warm and as sunny.

Lugano Airport is so small that you can really get there in the last second, 20 minutes before your takeoff is usually enough. But beware of traffic jams in Lugano. The drive time can be much longer than expected! So here's the bird that landed from the north side, and is seen here as it's backtracking on the runway. 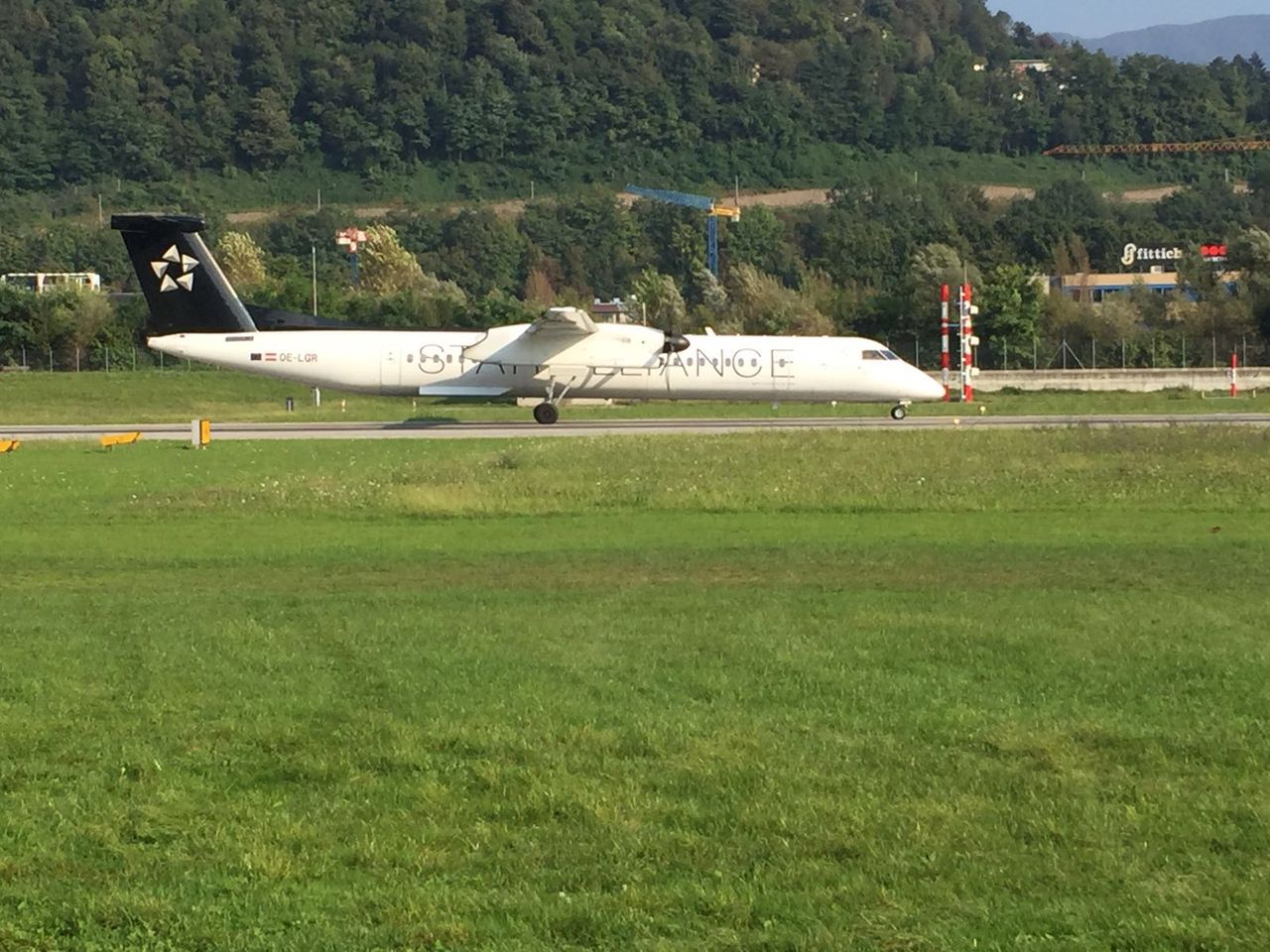 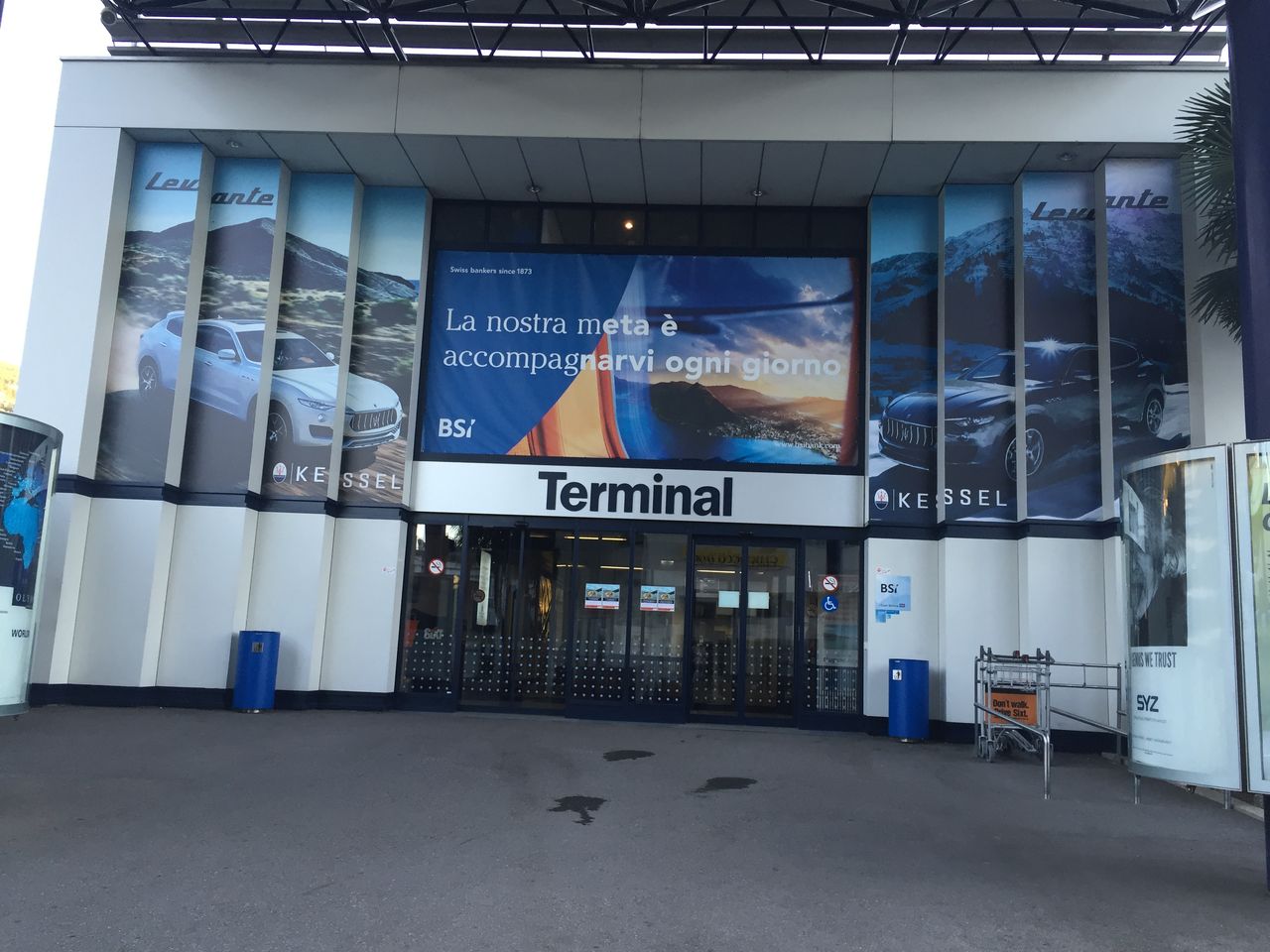 I stayed another 5 minutes outside and then I headed to the Terminal. 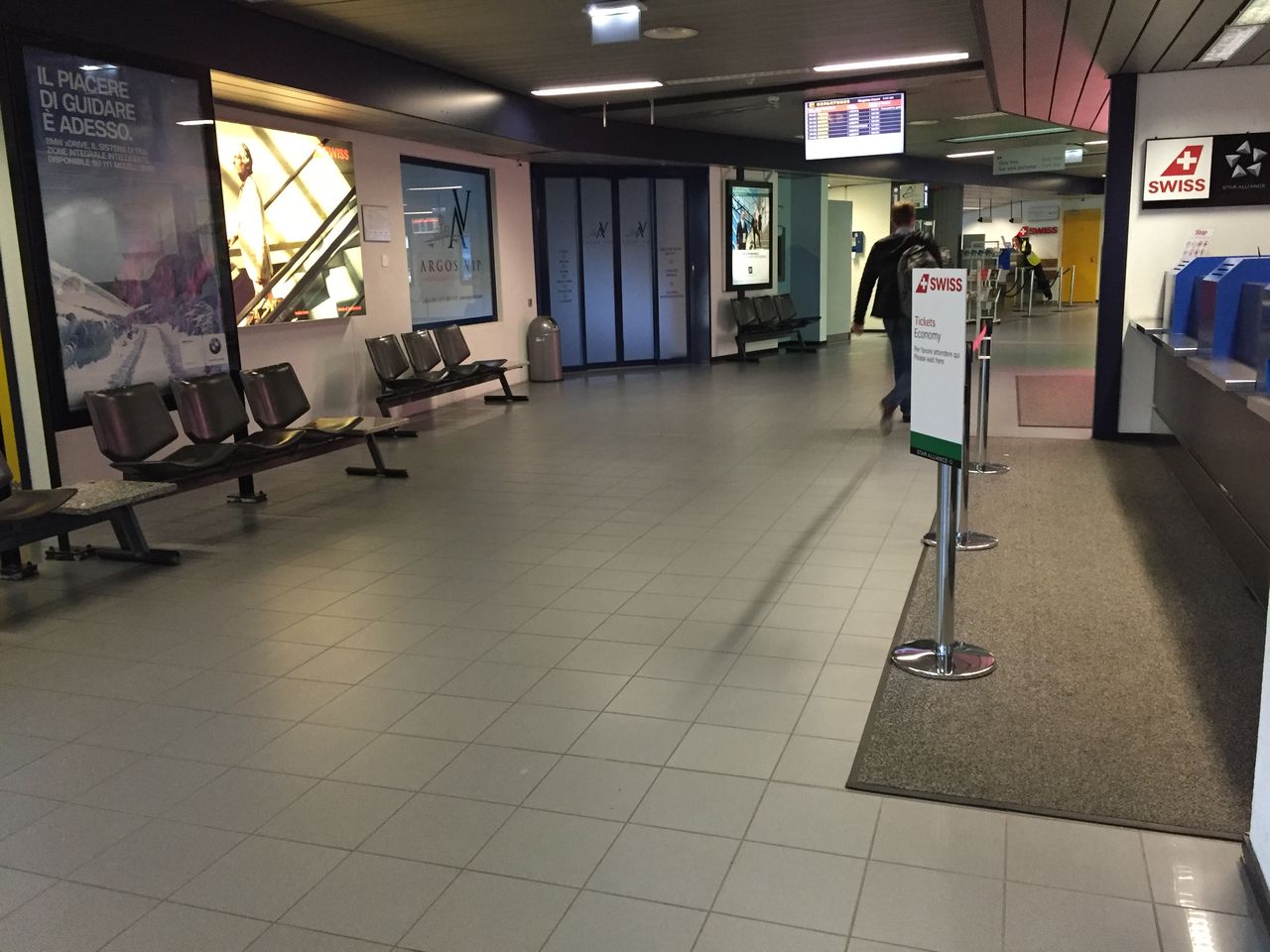 Here's a view of the terminal, arrivals and departures. Toilets to the left, check-in counters in the back corner, and to the right, ticket sales and rent a car, and just after the Swiss logo, the security screening area, and opposite the ckeck-in area is the arrivals area. That's just about it!

Waiting lounge of the airport, with just 2 gates, and about 5 or 6 flights a day, so I guess 1 could even be enough :) For some reason, everyone was reassigned a new seat, so boarding took a little more than planned. They had printed out new boarding passes for everyone, which was strange. It could have something to do with centre of gravity of the aircraft, but that's just a guess. Ok, here's the thing, we took off and I went into my book, with my noise cancelling headphones on my ears, and didn't really listen to anything they said. At most I looked outside to see the Alps, as this time, I was on the right side of the plane! I noticed people started looking at each other and reacting to something, so I took of my headphone just soon enough to hear the english announcement that the pilot had discussed with Air Traffic Control, and that the authorized us to proceed to a 360 degree over the Mont Blanc Peak. Ok! That's a nice attention! 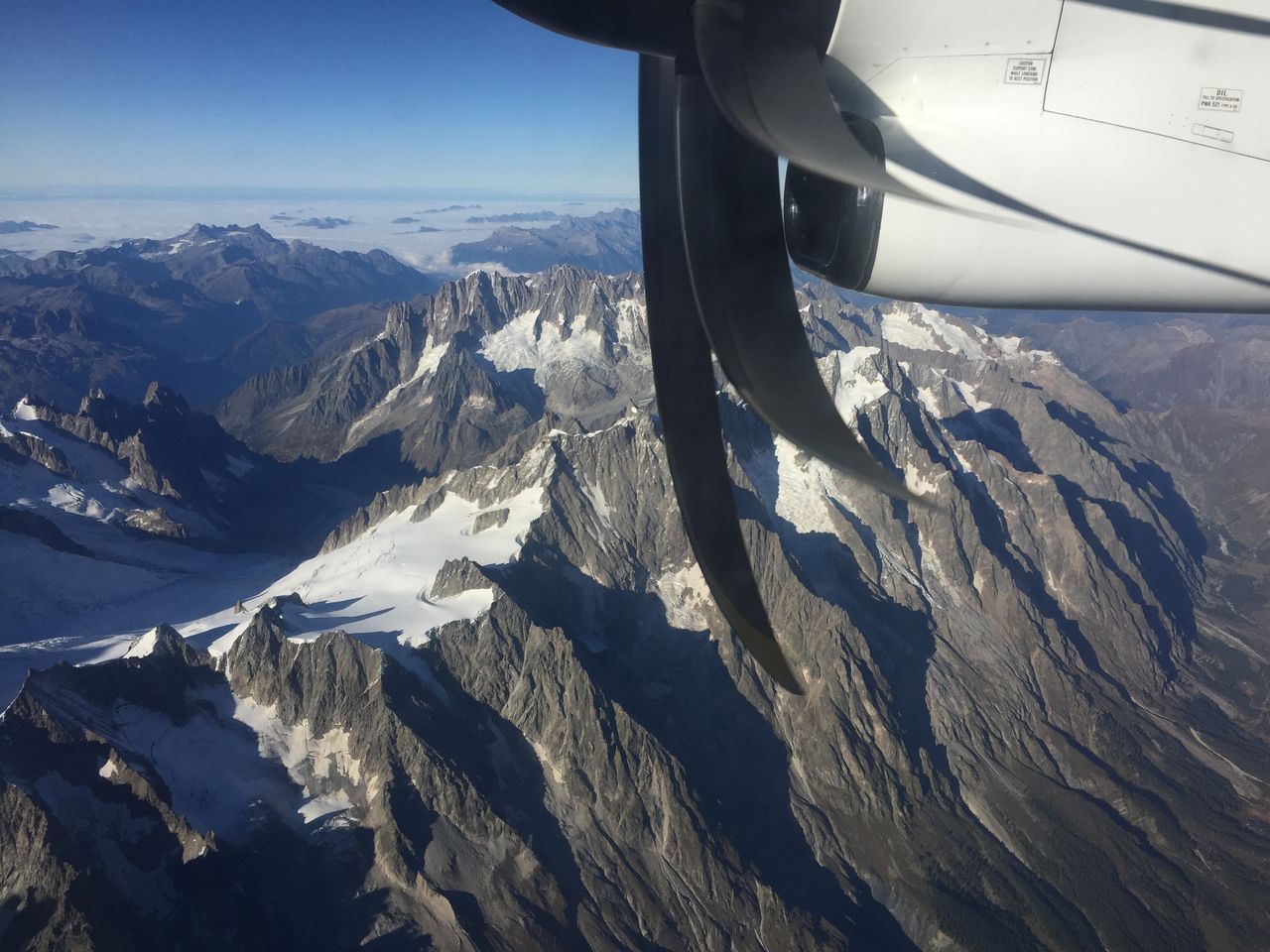 This photo shows the approach onto the Mont Blanc. As I was seated in A, i moved to F as it was announced that the mountain would be on the right hand side. The aircraft was again very empty so a lot of free seats on that side of the plane. 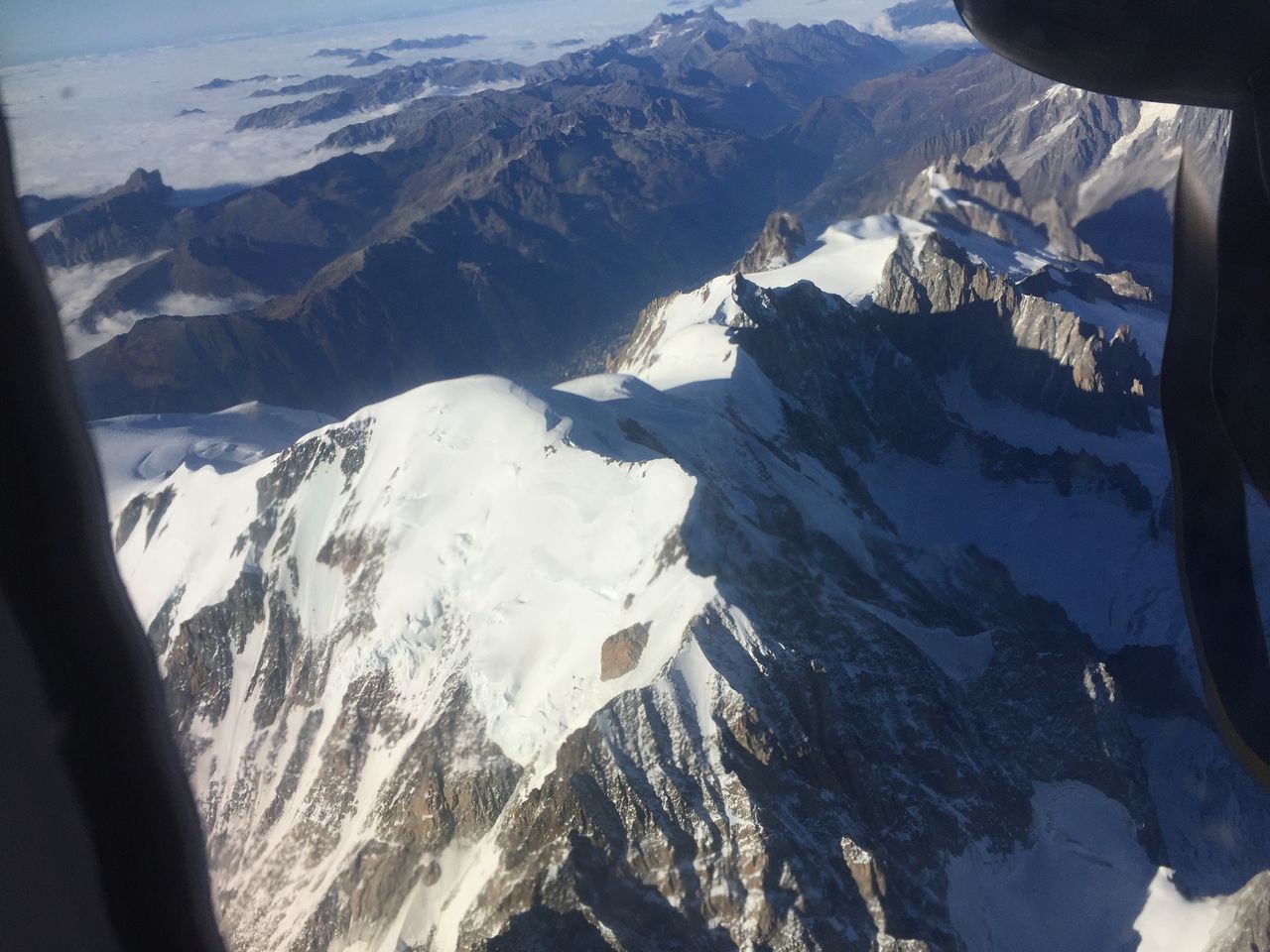 And here is the mountain! Enjoy the photos! 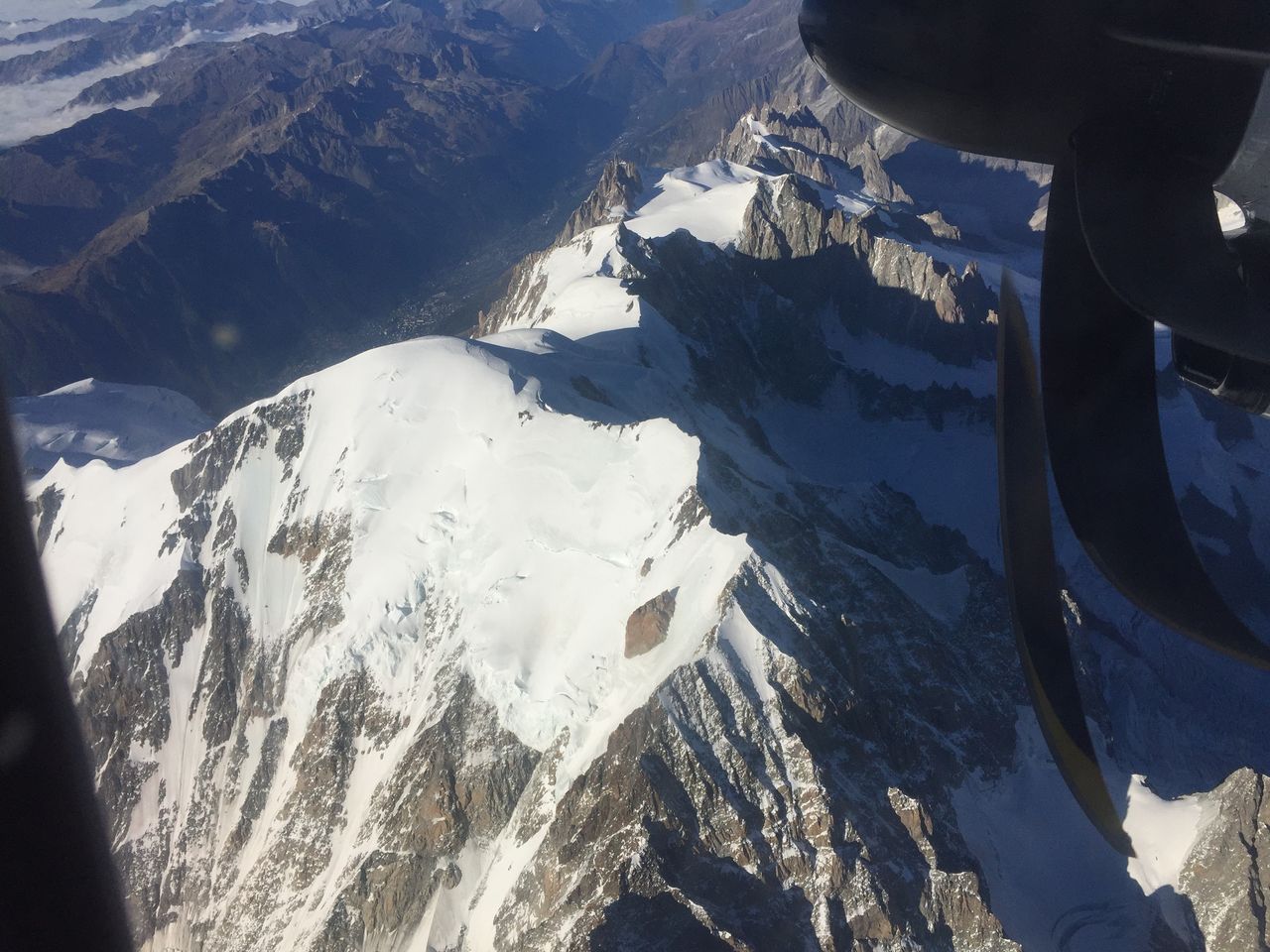 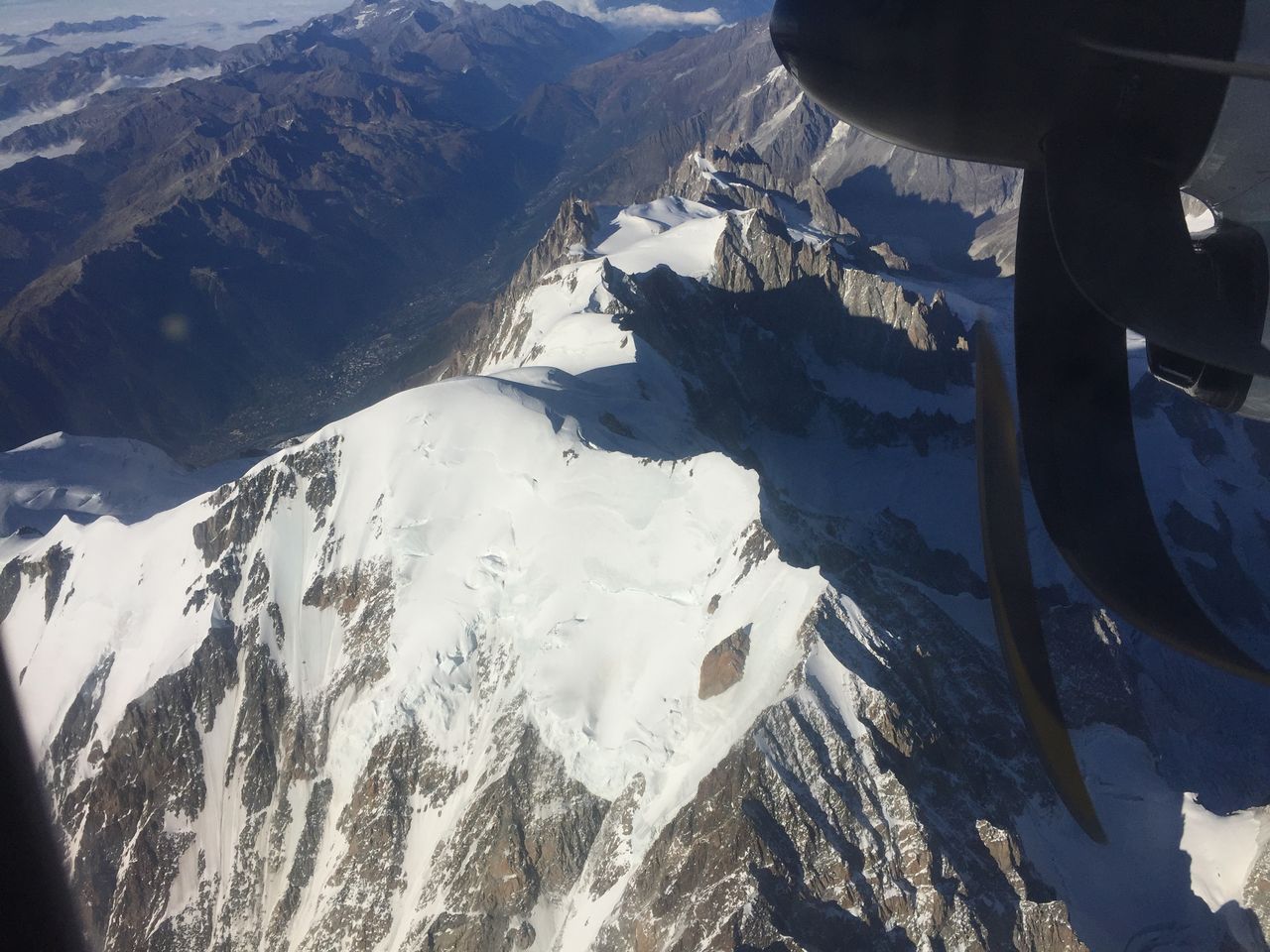 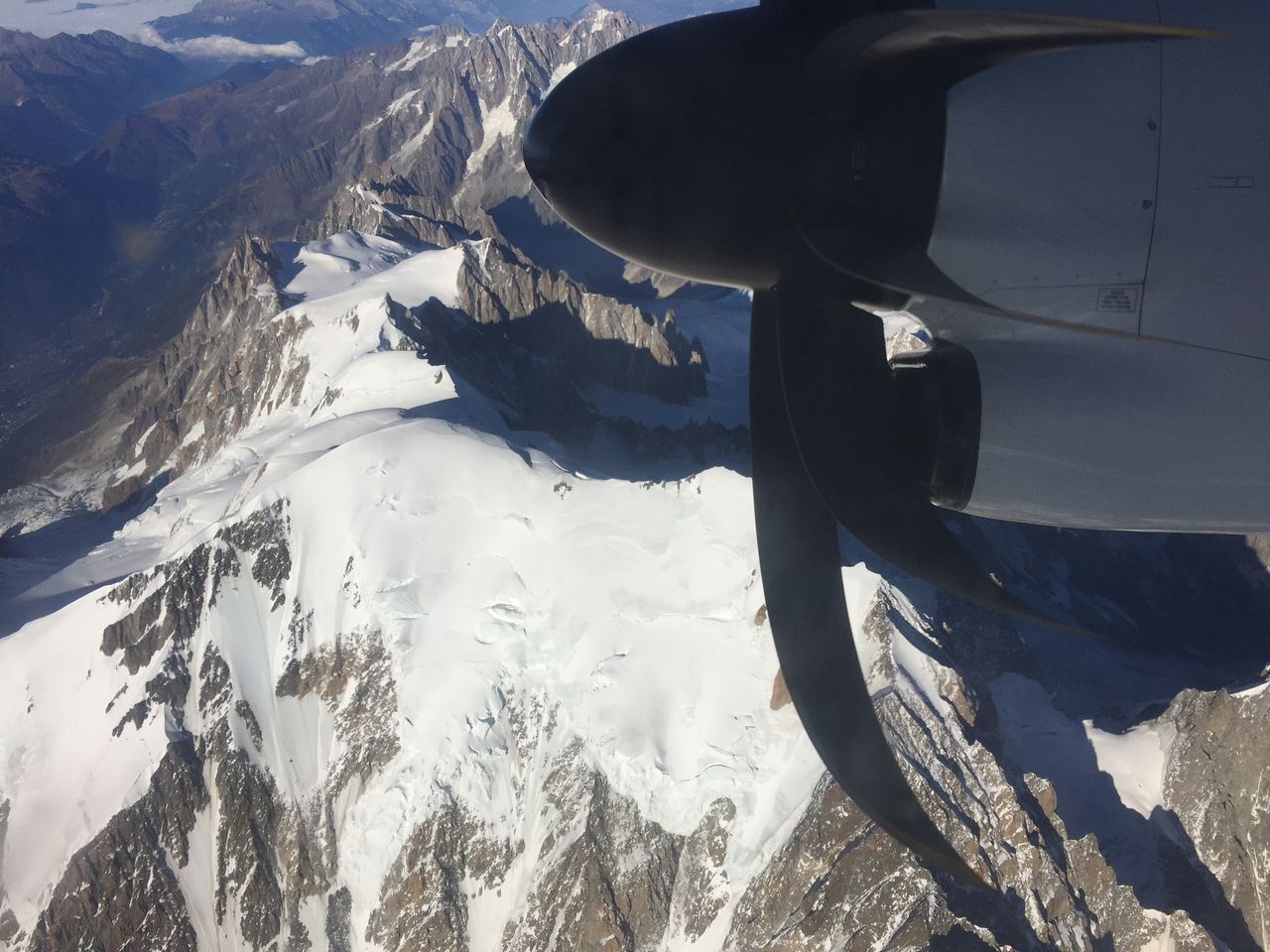 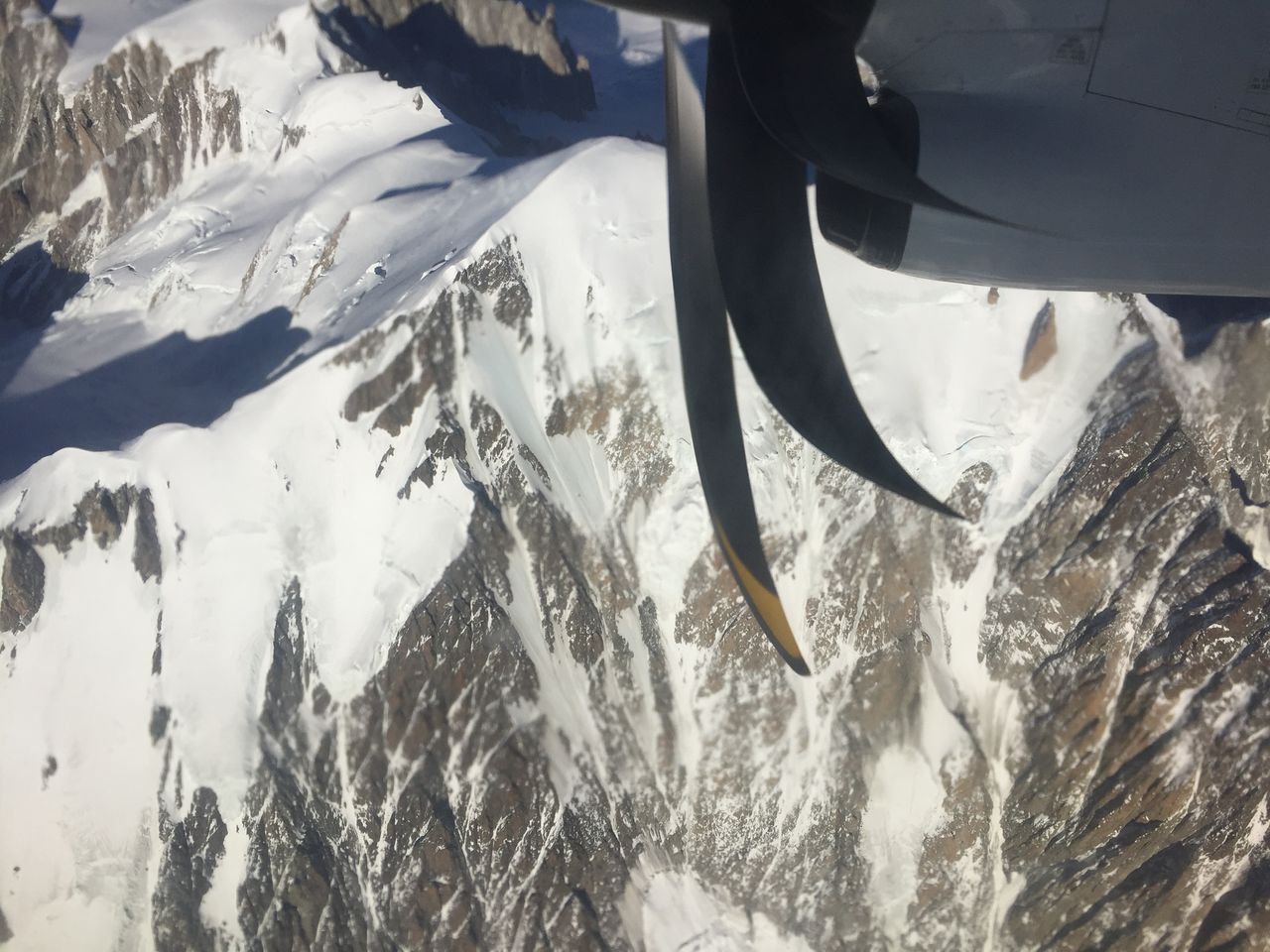 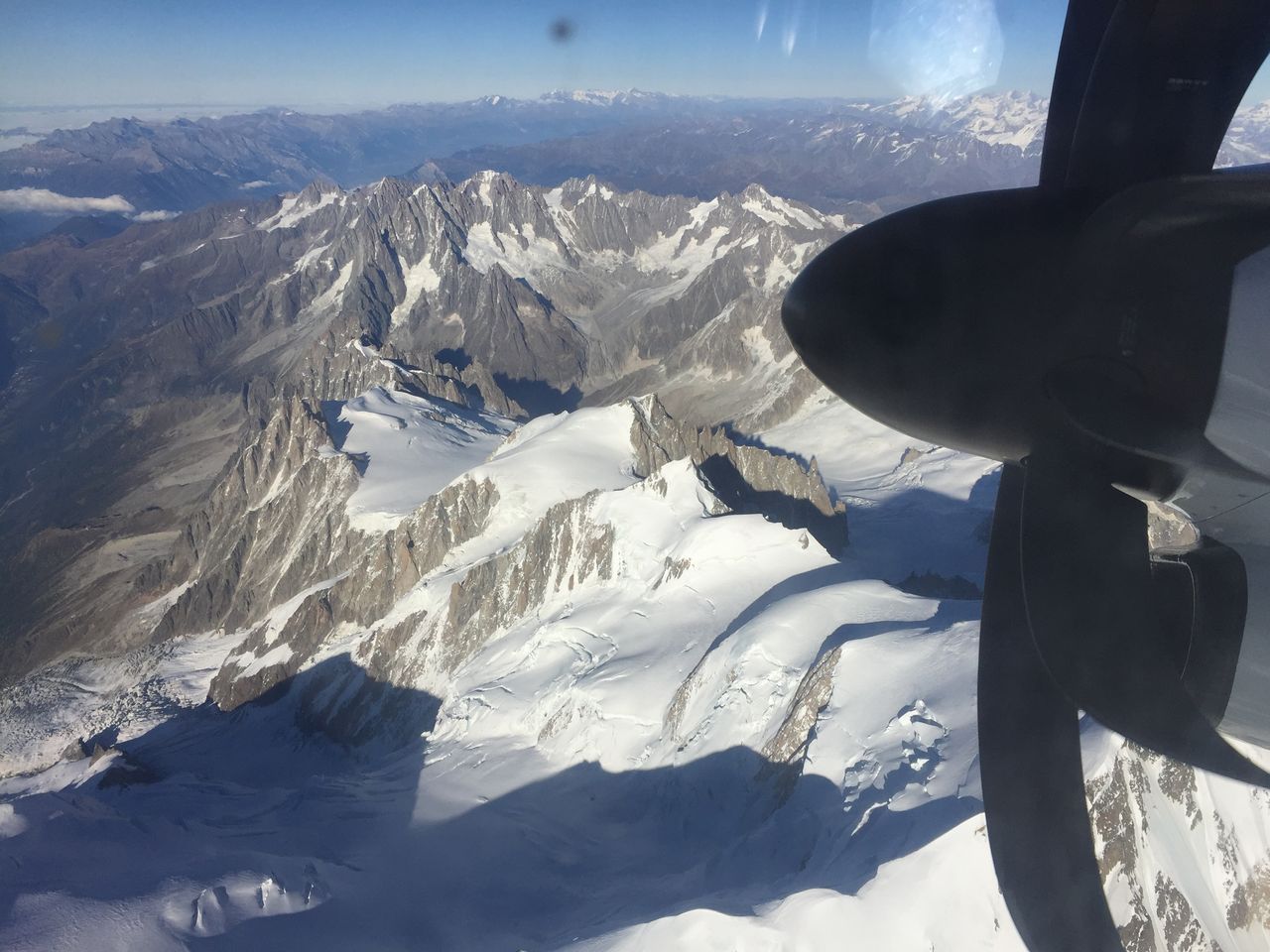 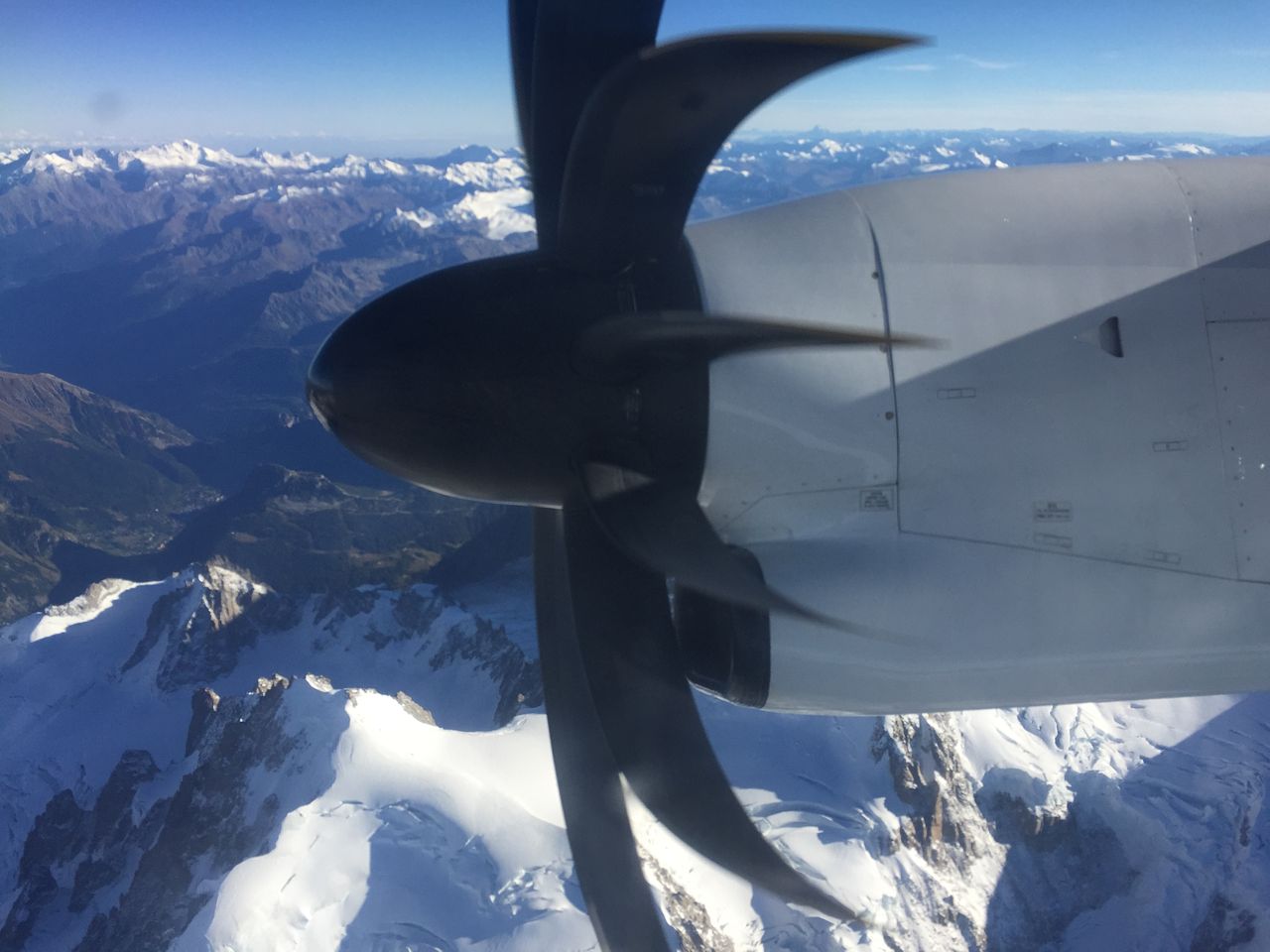 From that point on, we juste went into Geneva for approach. 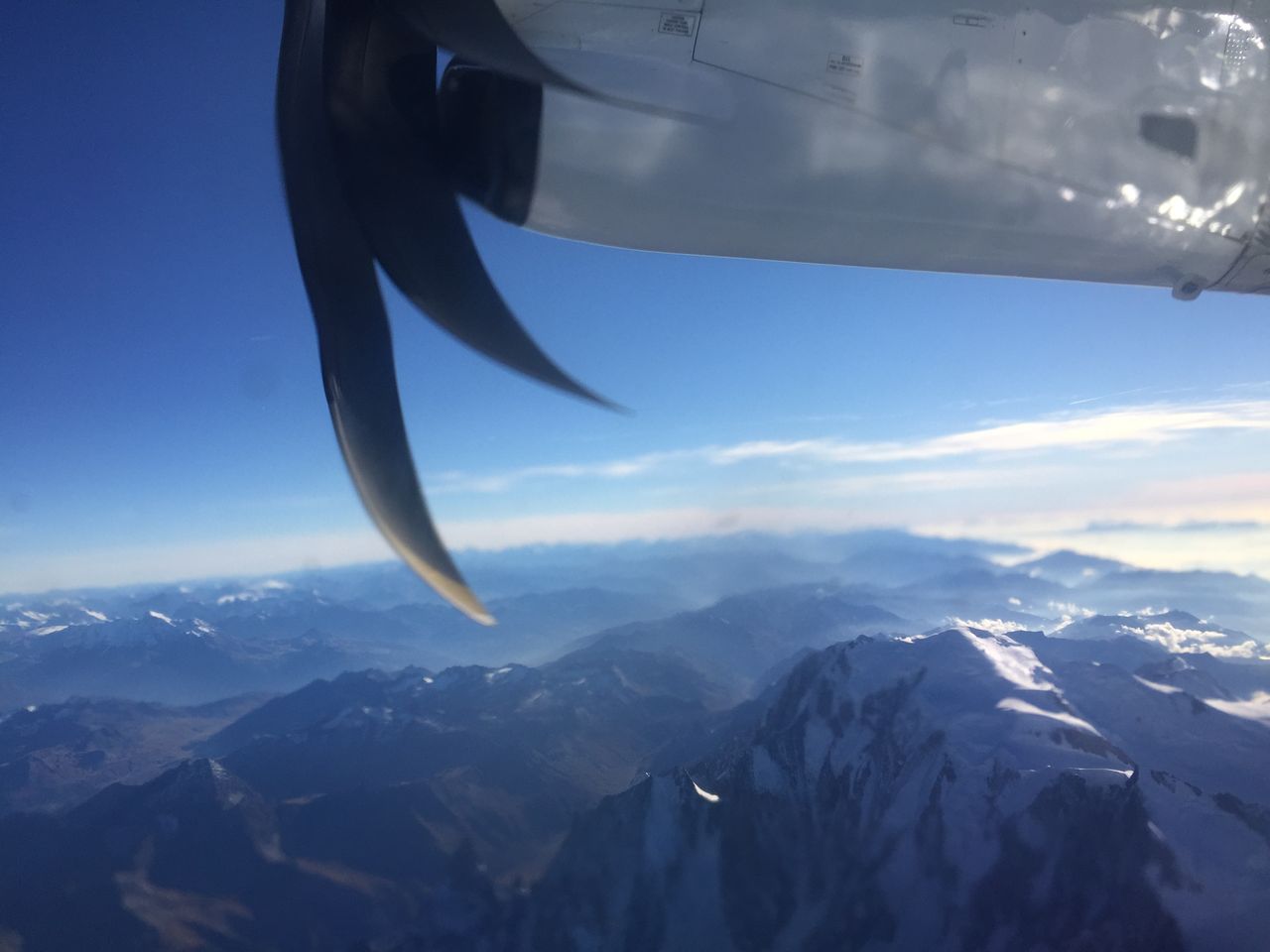 One last thing: the deplaning was the fastest I ever had. Usually, when the plane parks, I have plenty of time to put away my book, phone, my headphones in my bag, etc. This time, it seems the doors were opened in less than a minute, and everyone was out really quickly! That was a (good) surprise.

Here's the flight path from FR24, where you can clearly see the lower altitude prior to arriving to the Mont Blanc and the180° turn over the peak (and not 360 as announced! But still ok!)

Fun fact: 10 minutes later, the crew handed out the "Customer Survey" for Swiss- Rate this flight! Is it a coincidence? Not quite sure :)
They sure didn't hand any on the morning flight when they forgot my chocolate :) See my inbound flight report here.
See more

38 minute flight, but something I had never experienced before: sightseeing on a normal passenger flight! Really liked the attention and all pax aboard were really amazed by the gesture.

Lugano as always, easy and convenient, Geneva efficient (15 minutes from deplaning to sitting in my car) and the flight made my day!

The contributors of Flight-Report published 4 reviews of 3 airlines on the route Lugano (LUG) → Geneva (GVA).