#54 out of 73 Airlines A minimum of 10 flight-reports within the past two years is required to appear in the rankings. 1240 reviews

By A321Aeroflot 1739
Published on 13th February 2017
Hello everyone!
My name is Nikolay, I am from Moscow. I'm 43. You can see my reports in original here.
Today I will describe my first Lufthansa experience from Moscow. On my holiday in mid-autumn I decided to visit my favourite Italy once again. Firstly, I wanted to fly with Aeroflot from Moscow Sheremetyevo to Milan MXP, but I've discovered Lufthansa for a cheaper price on the route Moscow Domodedovo - Genoa via Munich and back from Milan Linate via Frankfurt. The tickets for 3 persons were cheaper than Aeroflot ones - about 76000 RUB or 1050 EUR as of the exchange rate on that day instead of about 92000 or 1270 EUR. And… I really wasn't disappointed of my choice.

To start with, I want to tell a few words about Lufthansa website.
The design is very convenient - all the functions are user-friendly. In comparison with Aeroflot, you can choose the seats previously in the basic fare - that's a big plus, LH. In Aeroflot you can choose only at the online check-in. Previously - only if you are an elite member of Aeroflot Bonus or you're flying with business class.

As usually, I arrived there 2 hours before departure. Well, it is my first time in DME after 2008. I must admire, everyting is not so bad there, but as for me, I prefer Sheremetyevo-D much more.

In Russia you should pass a small security check while entering the terminal, so there was a little queue. 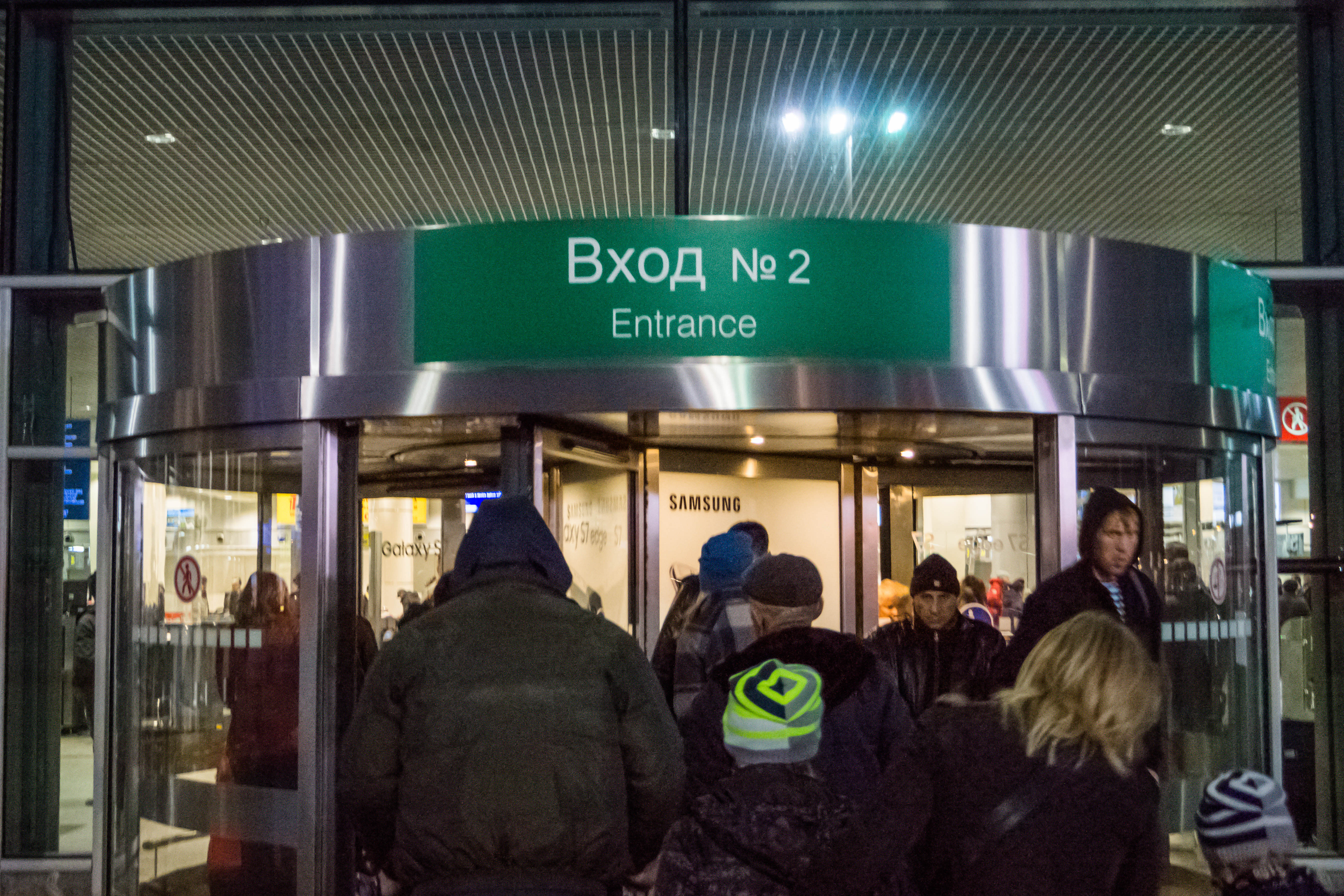 So, let's go to our check-in desks. 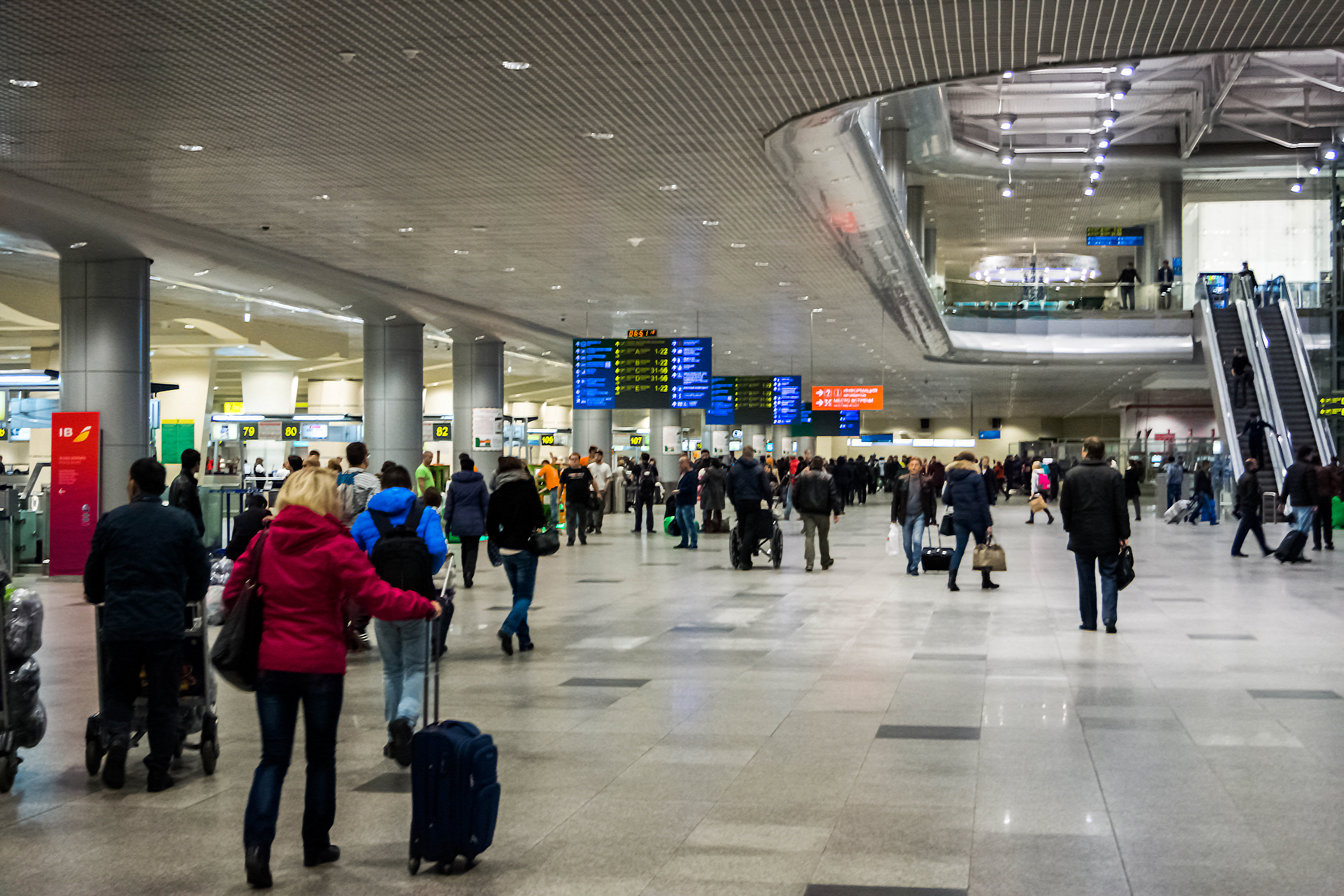 Got BPs for both flights, I'll pick my luggage up in Genoa.

The check-in agent told us to pass the controls on the upper level (A). In Domodedovo you can pass through 3 sectors - A (upper level), B (lower, on the level of jetbridges) and E (upper level in the end of terminal).

Some views of the upper level of the pier: 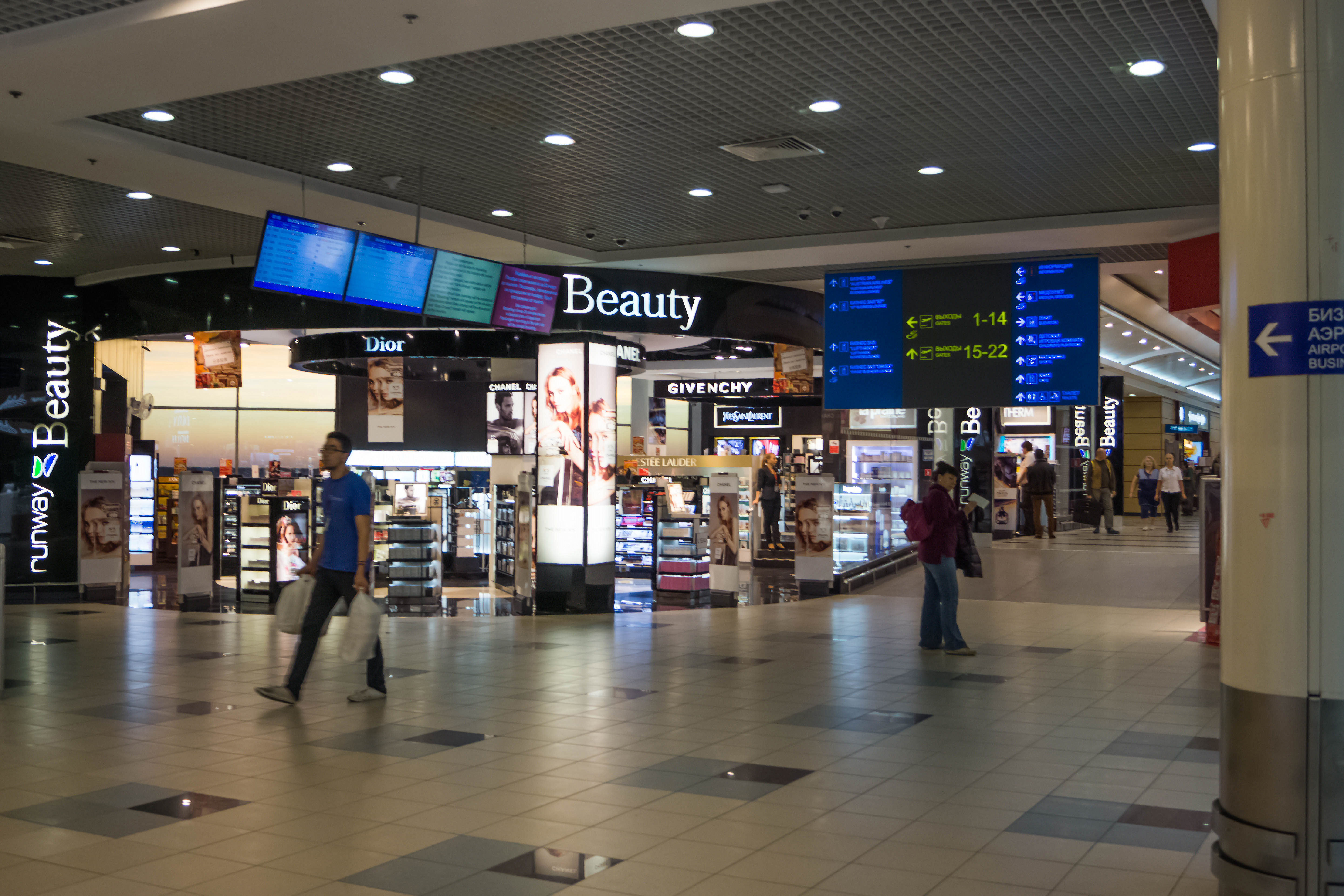 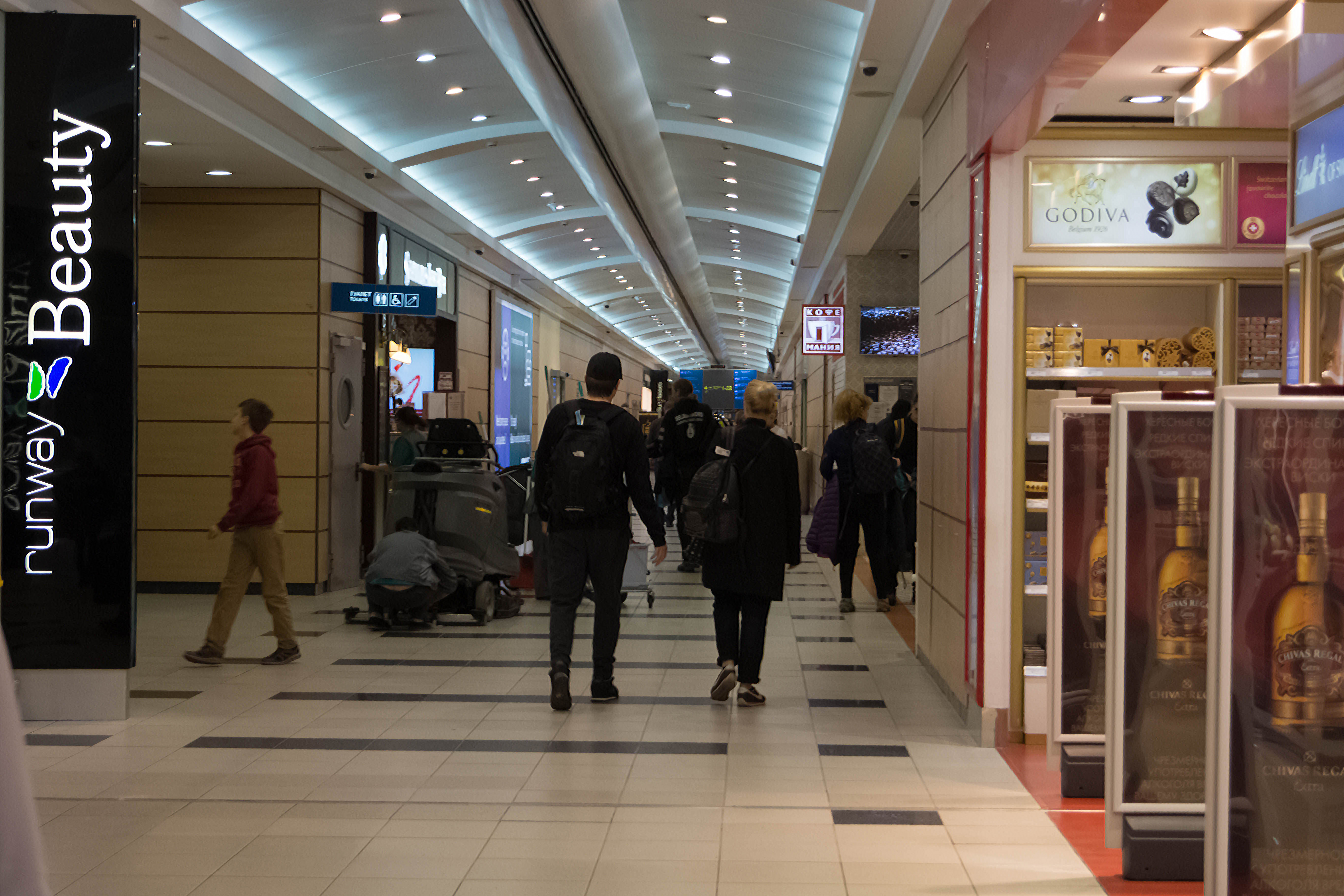 I decided to visit the Priority Pass lounge. Previously it belonged to Lufthansa, passengers of its business class visit Austrian lounge now.

It has a cozy interior.

Of course, not without a buffet. =) 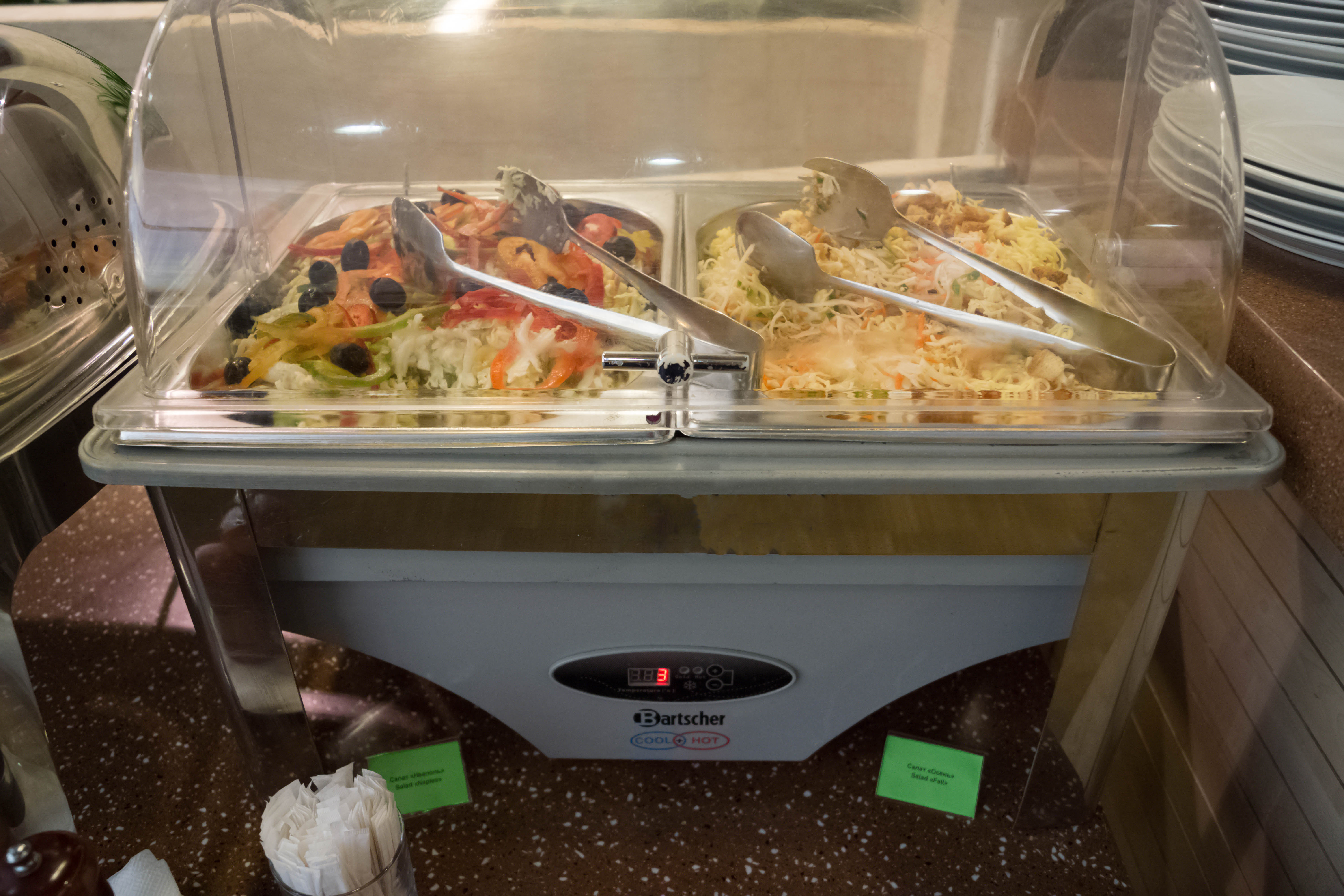 That was my choice. 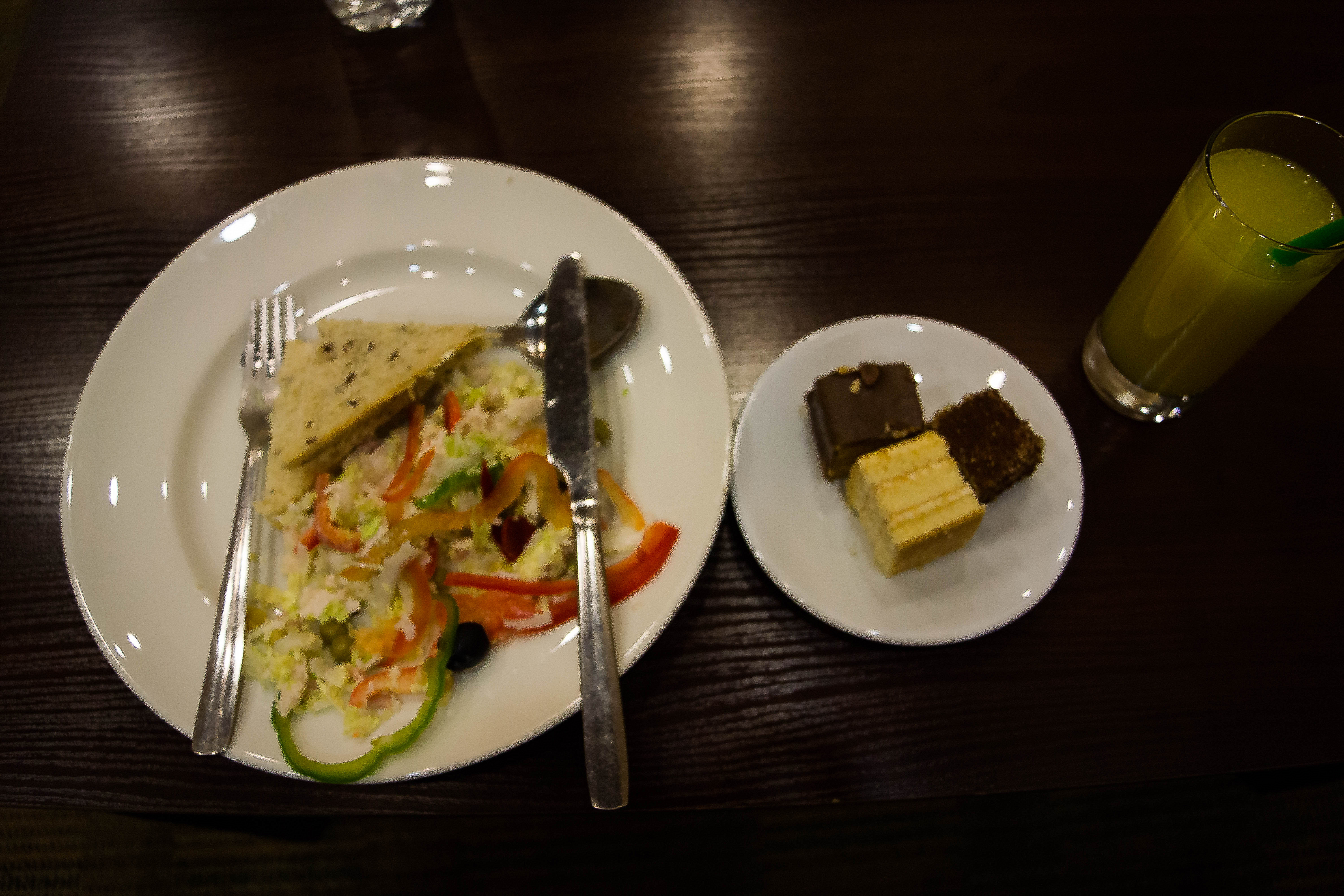 It's time for boarding. Passing the nearby Julius Meinl Cafe:

Our A321-200 D-AIDP Paderborn is waiting for us since midnight. 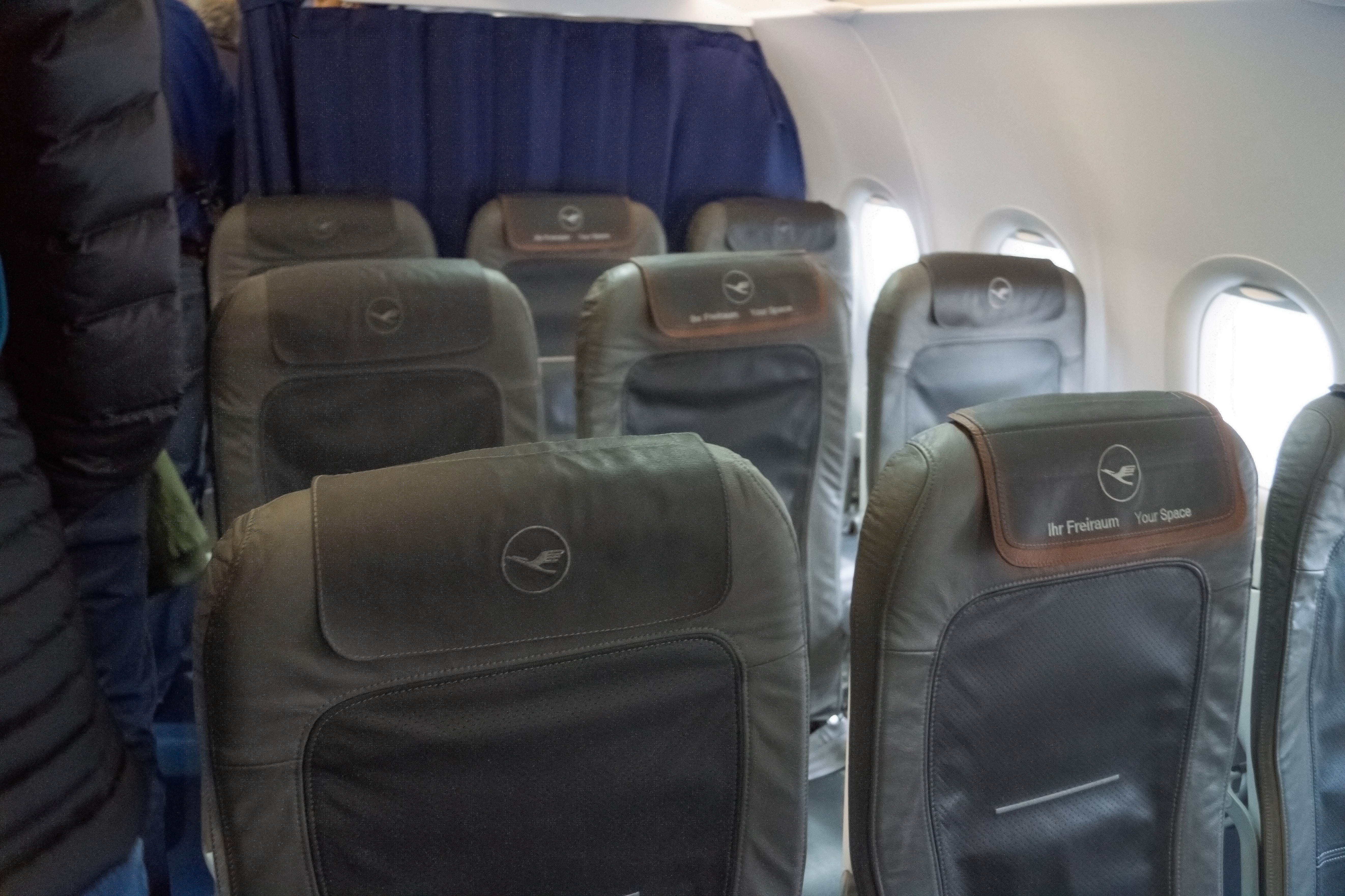 And our seats in 12 row on the right side. Swiss A320 is standing next to us. Gonna fly with them to Rome in the end of March. 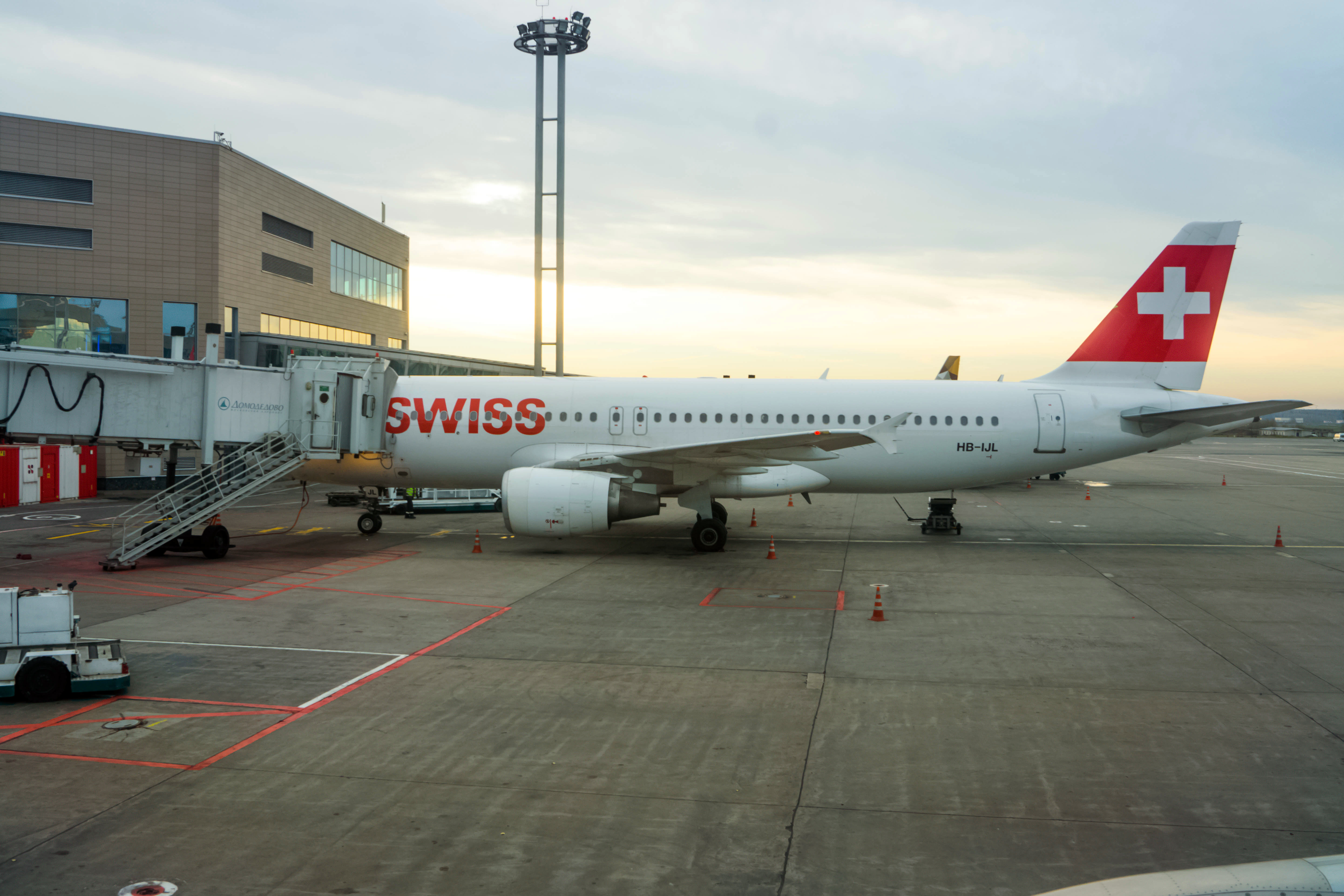 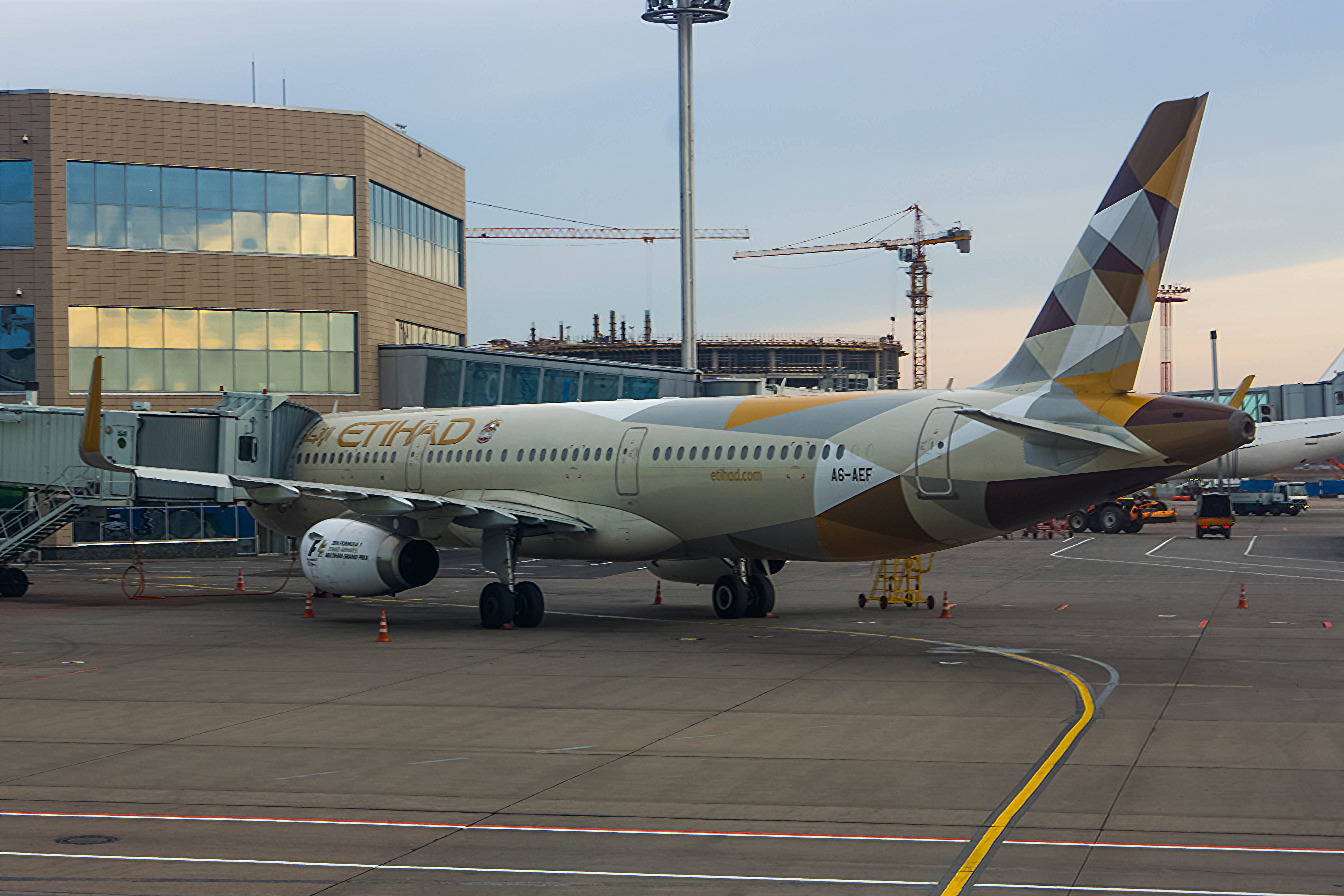 Belavia B737 with the World of Tanks livery…

Nordavia and Nordwind B737 by the domestic sector…

Swiss A320 also started its taxiing…

A breakfast was given afterwards - the pancakes or omelette. I've chosen the first variant. In comparison with Aeroflot I was really impressed by LH's catering!

So let's have a look at the cabin.
The views: 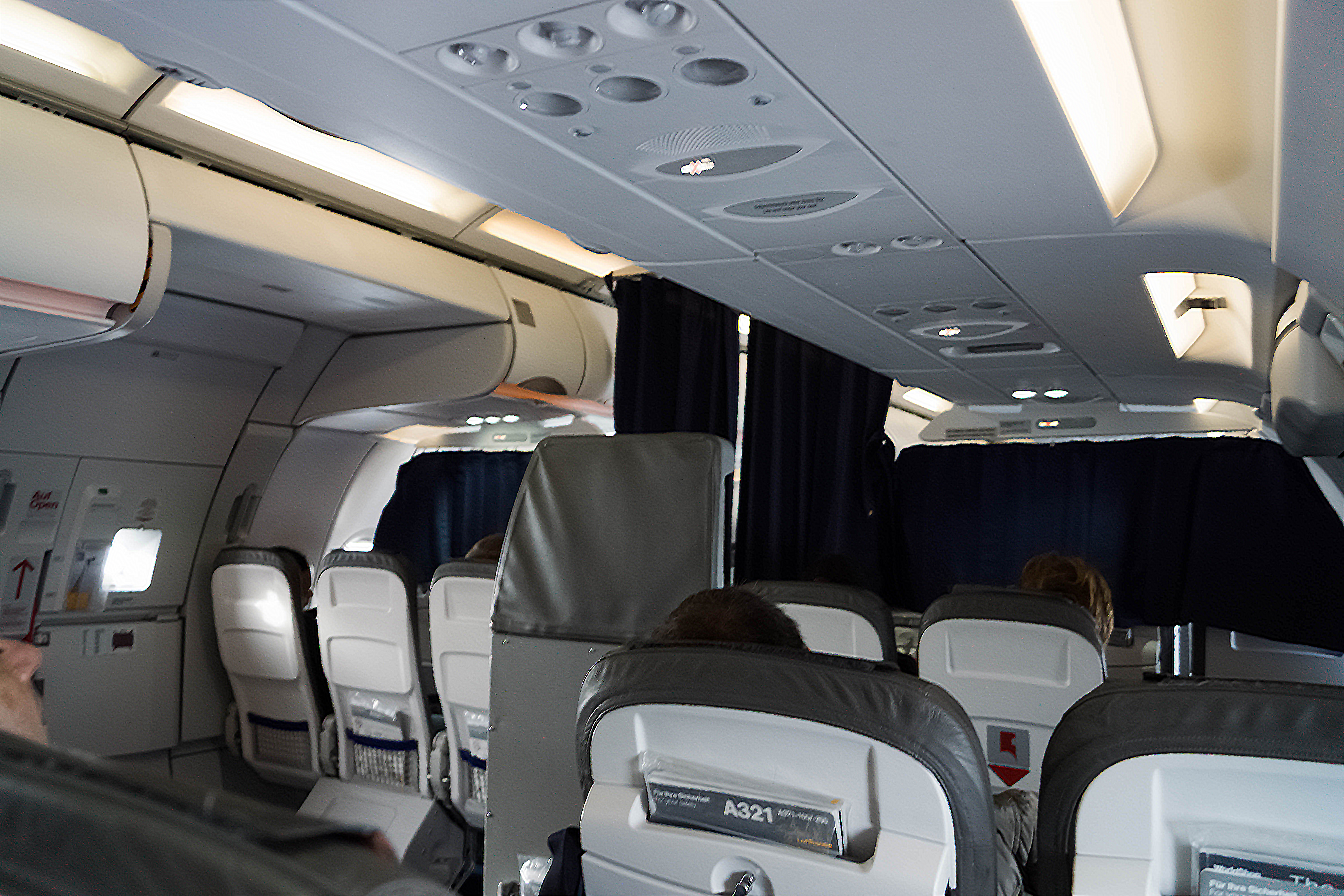 However, the headrest is not adjustable as one in Aeroflot.

The interior is typical for A320 family since 2007. I was wondered that Lufthansa has lighting under the overhead bins.

The armrest and the buckle cover are in a good condition.

What on earth? :o

Let's have a look at what we have in the front seat pocket.
I really like the LH safety cards' design!

A flight magazine and a catalogue… And a useful transit information…

Soon we started the descend to Munich… 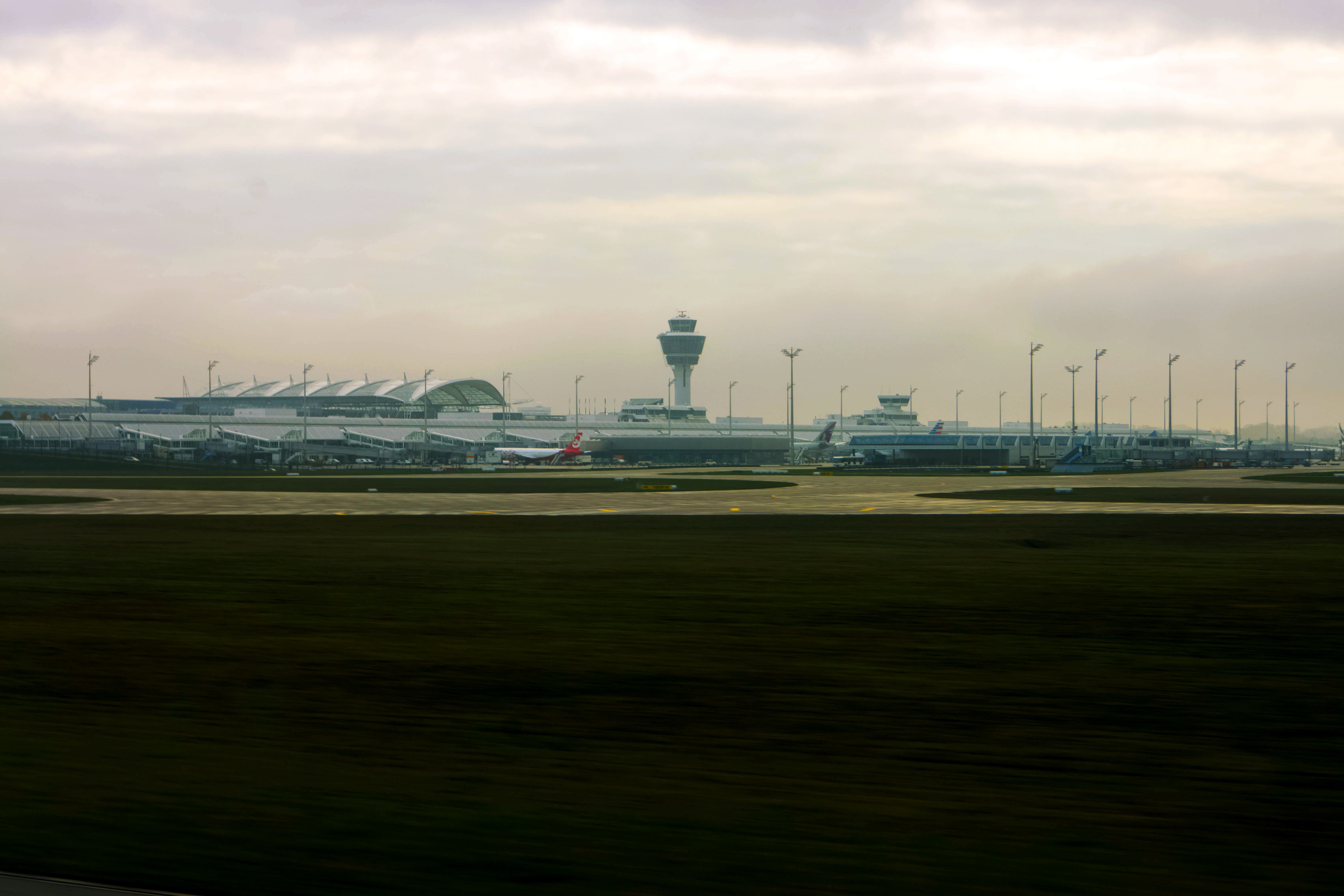 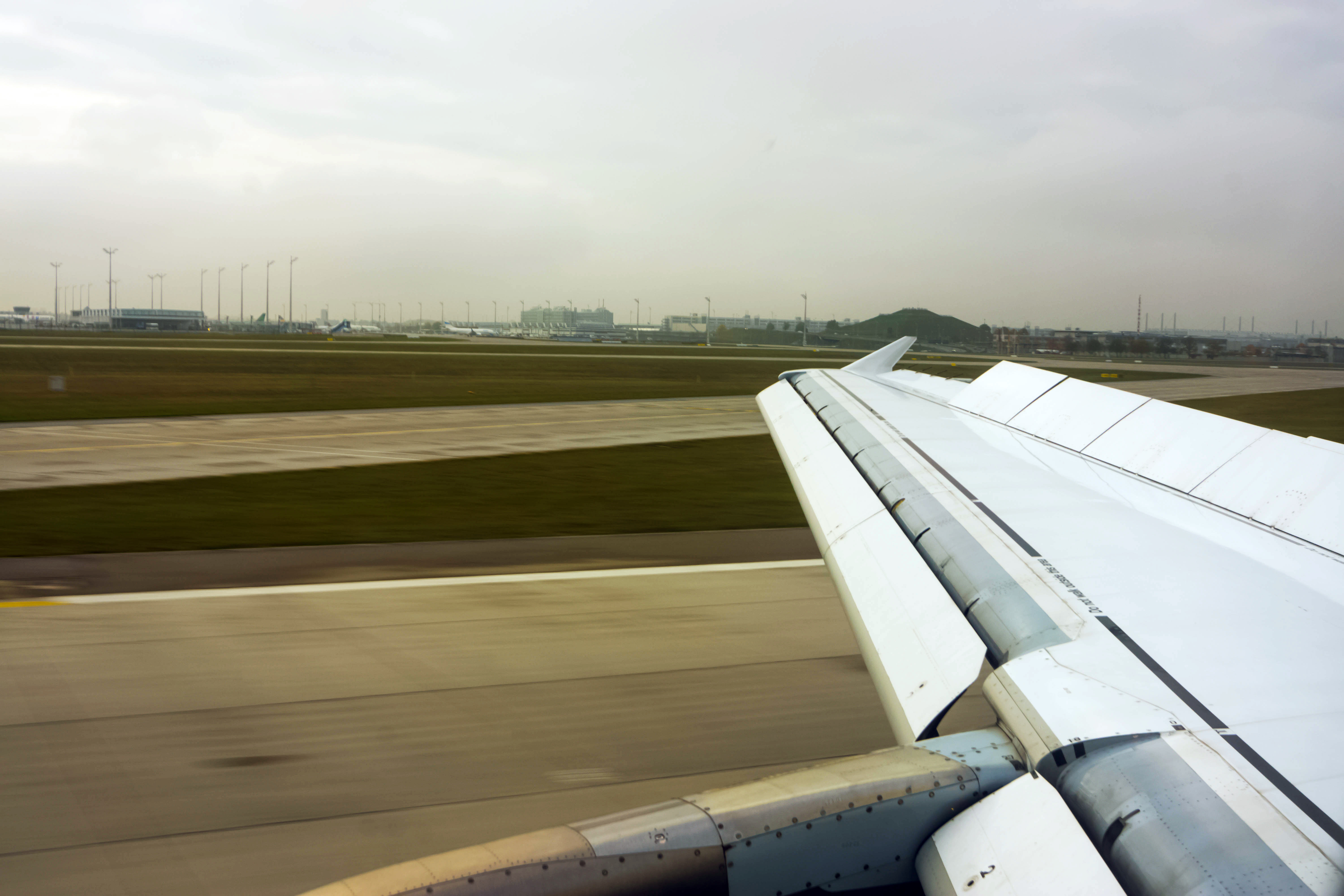 Taxiing to our gate H40. 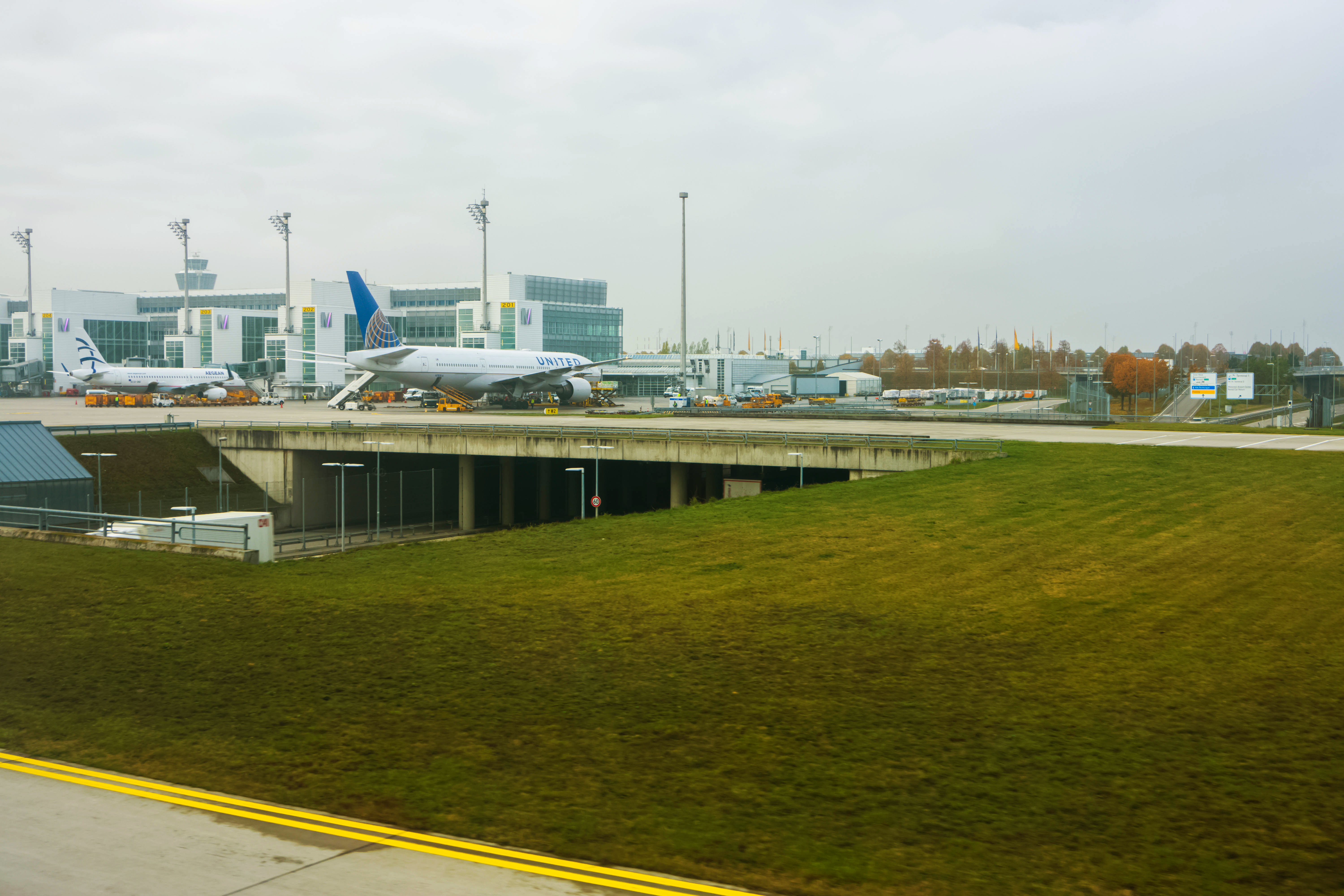 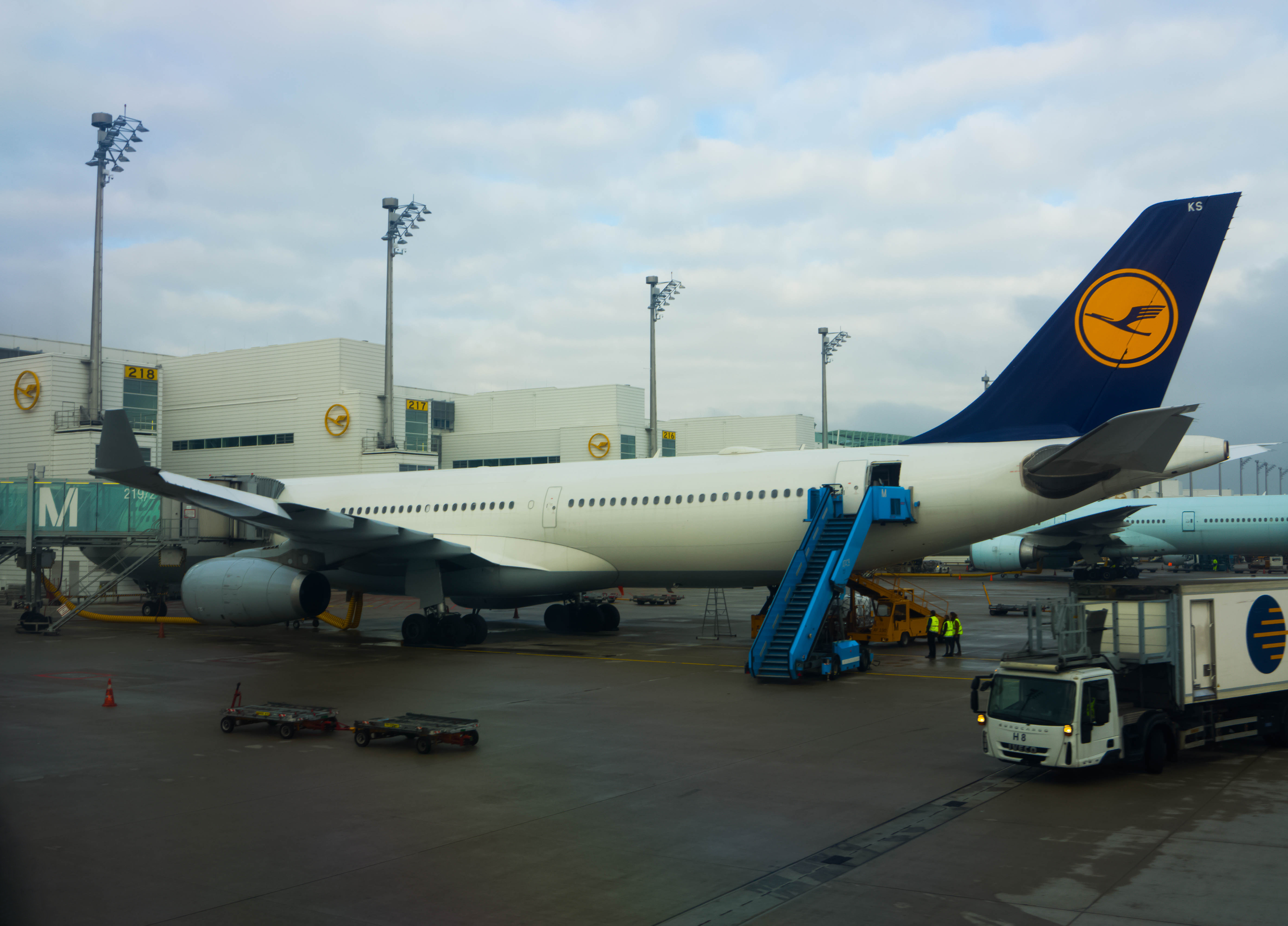 last look from the jetbridge:

Proceeding to the passport control: 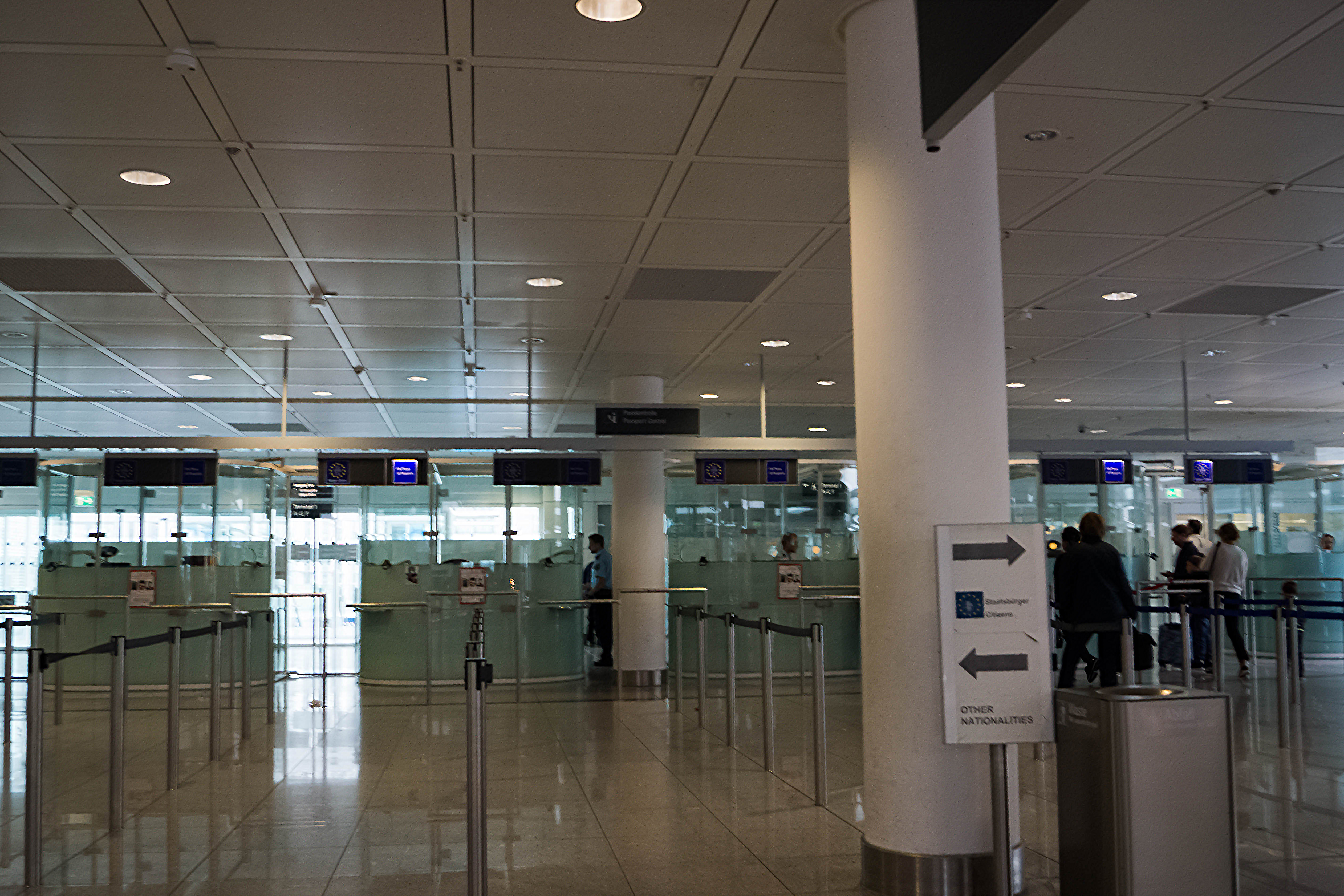 Afterwards I followed the signs to the Schengen gates, but that will be in the next review…

All in all, as always I had a good experience with Lufthansa. The friendly crew, comfortable and clean aircrafts, the perfect food and a convenient transit in MUC T2.