1 – pre-departure
2 – Taxi
3 – Departure
4 – Approach
Hello and welcome to another Flight Report! In this report, I'll be documenting my flight up to the Minneapolis area for new years.

With a scheduled departure time of 8:30, I hopped on the metro just around 6:00 arriving at DCA with plenty of time to spare before departure. The security line was rather short this between-holiday Friday morning, and I was quickly through into Terminal C. N114HQ, operating AA4584 that day, arrived on time from Providence at gate 38. From my seat near the windows, I had a great view of the intra-terminal shuttle buses AA uses for transfers between the boarding areas of Terminal C.

Boarding started 20 minutes prior to STD, and was quickly completed. A quick look at our larger neighbor through some water spots. 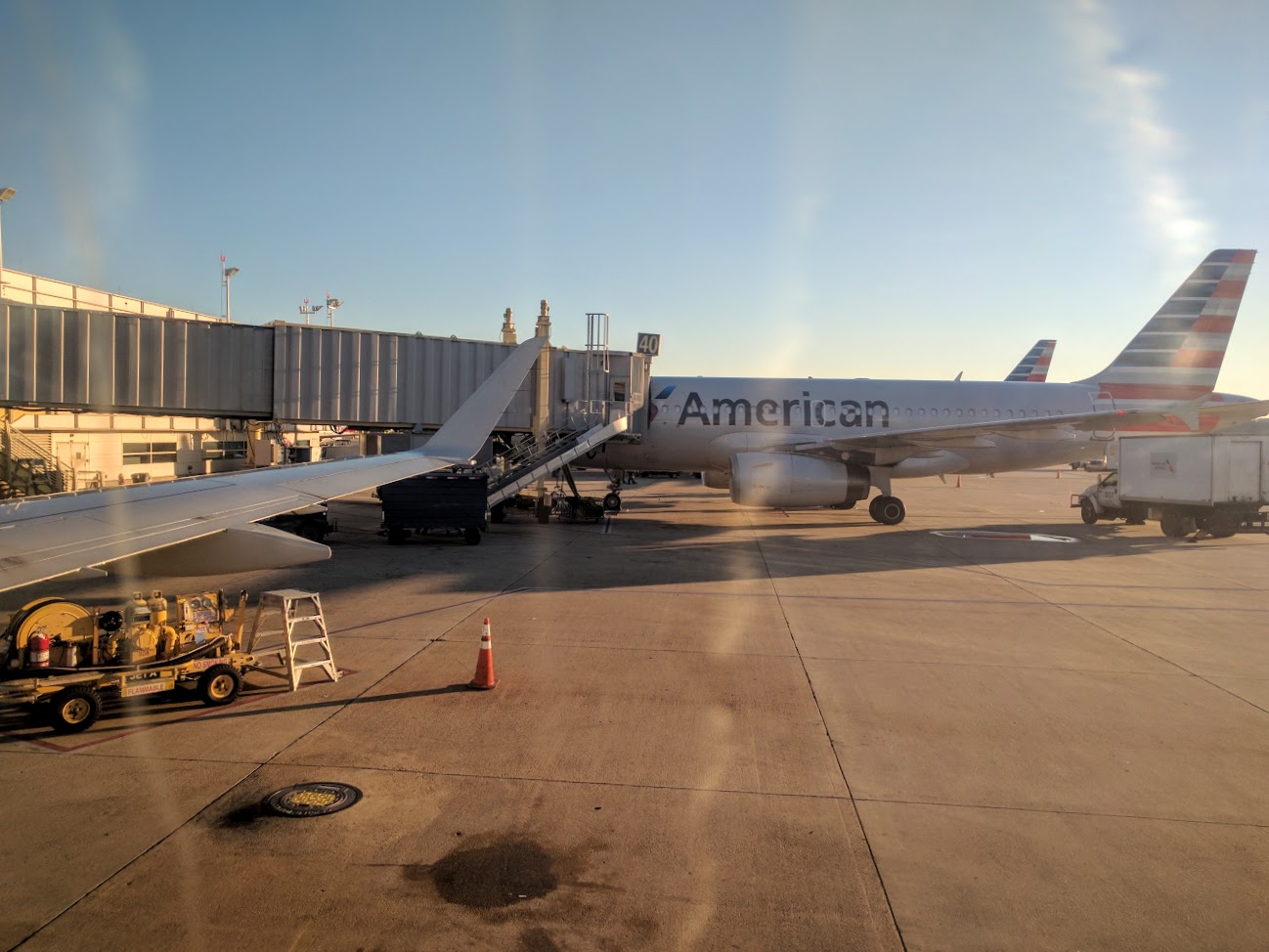 Heading down to runway 1 for takeoff. 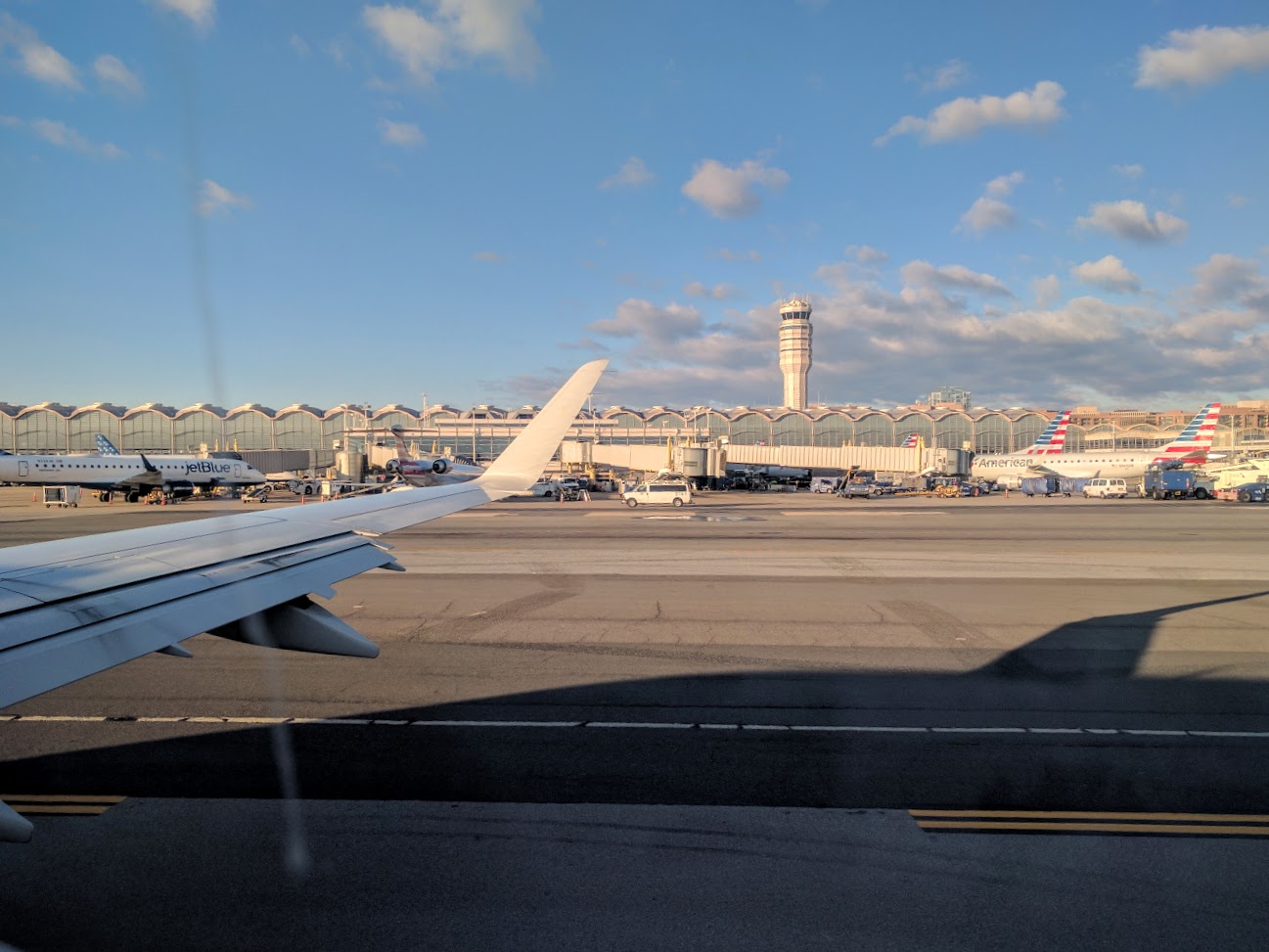 One of Alaska's special Disney liveries, this one with characters from the Cars series of movies. Also, looking at this photo months later, I noticed that there's a tail stand in use on a 737-800. I thought those were only used for the -900 flavor? 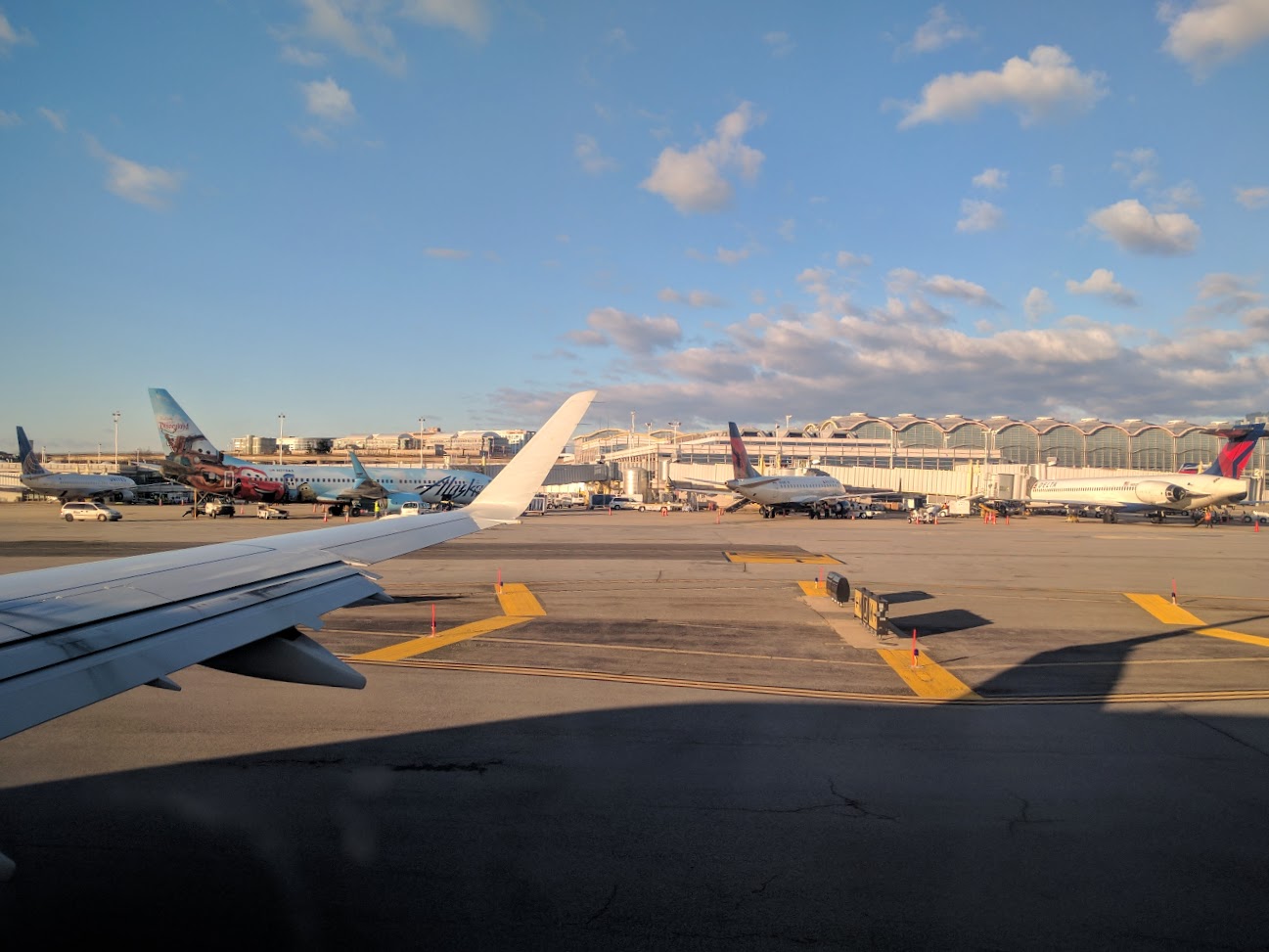 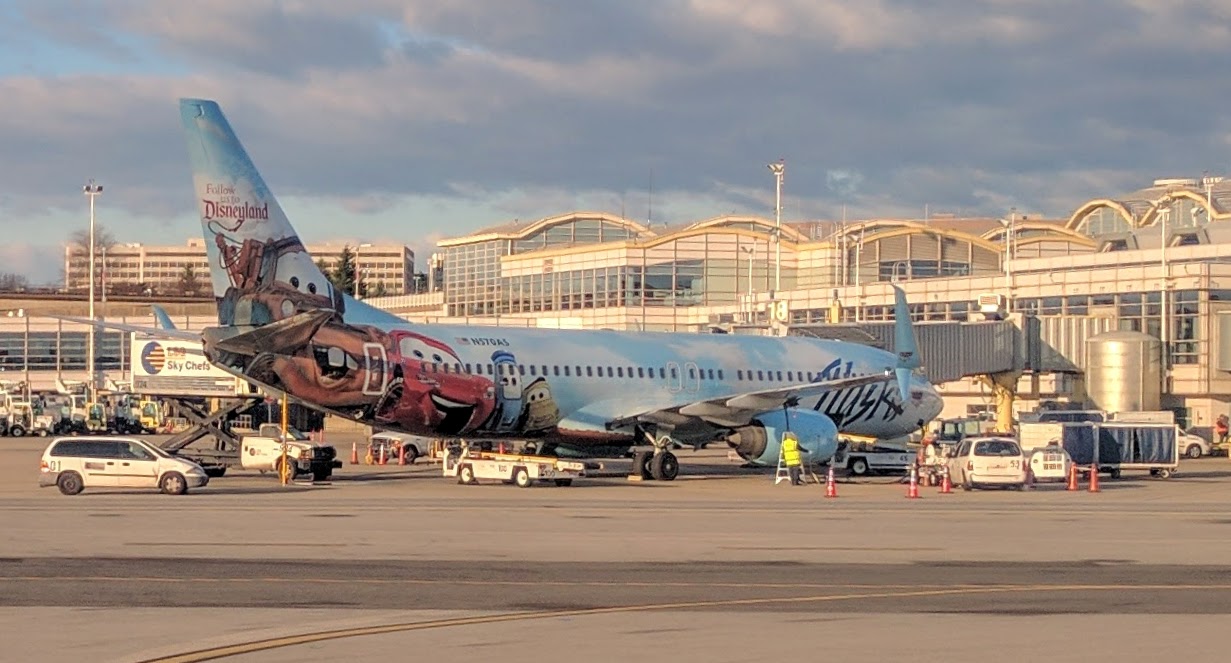 Passing a Southwest 737 waiting in the penalty box. 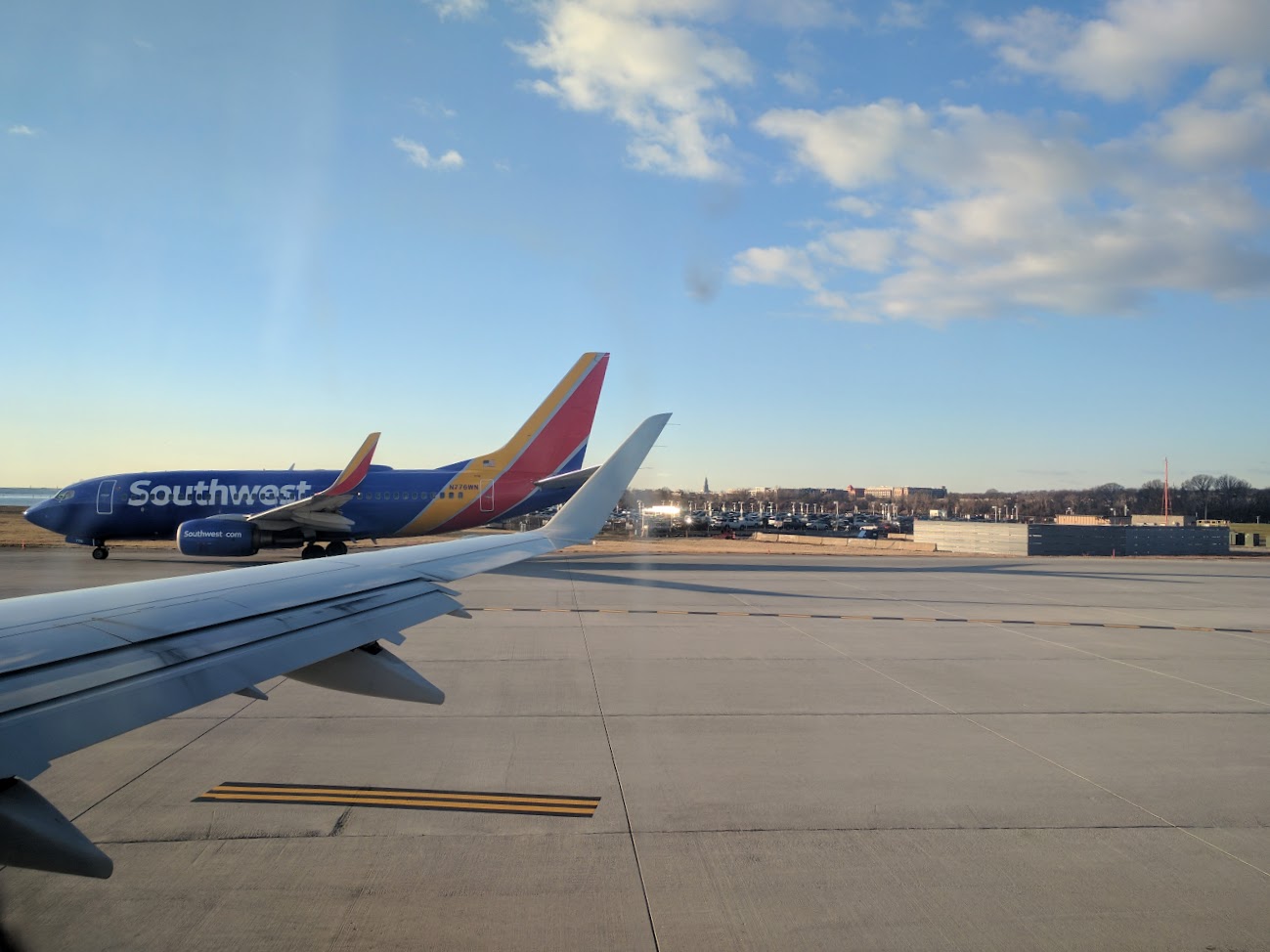 As you might have figured out by the cover photo, I finally was able to get the iconic view of downtown DC on this flight. Every other flight I've been on into or out DCA of has either departed to / arrived from the south, or I've been on the wrong side of the plane. Not this time.

We took off immediately after an American 737-800 departing to MIA. It was pretty obvious that we were flying in the 737's wake along the SID until it turned back toward the east.

I'll let the pictures do the talking until cruise… 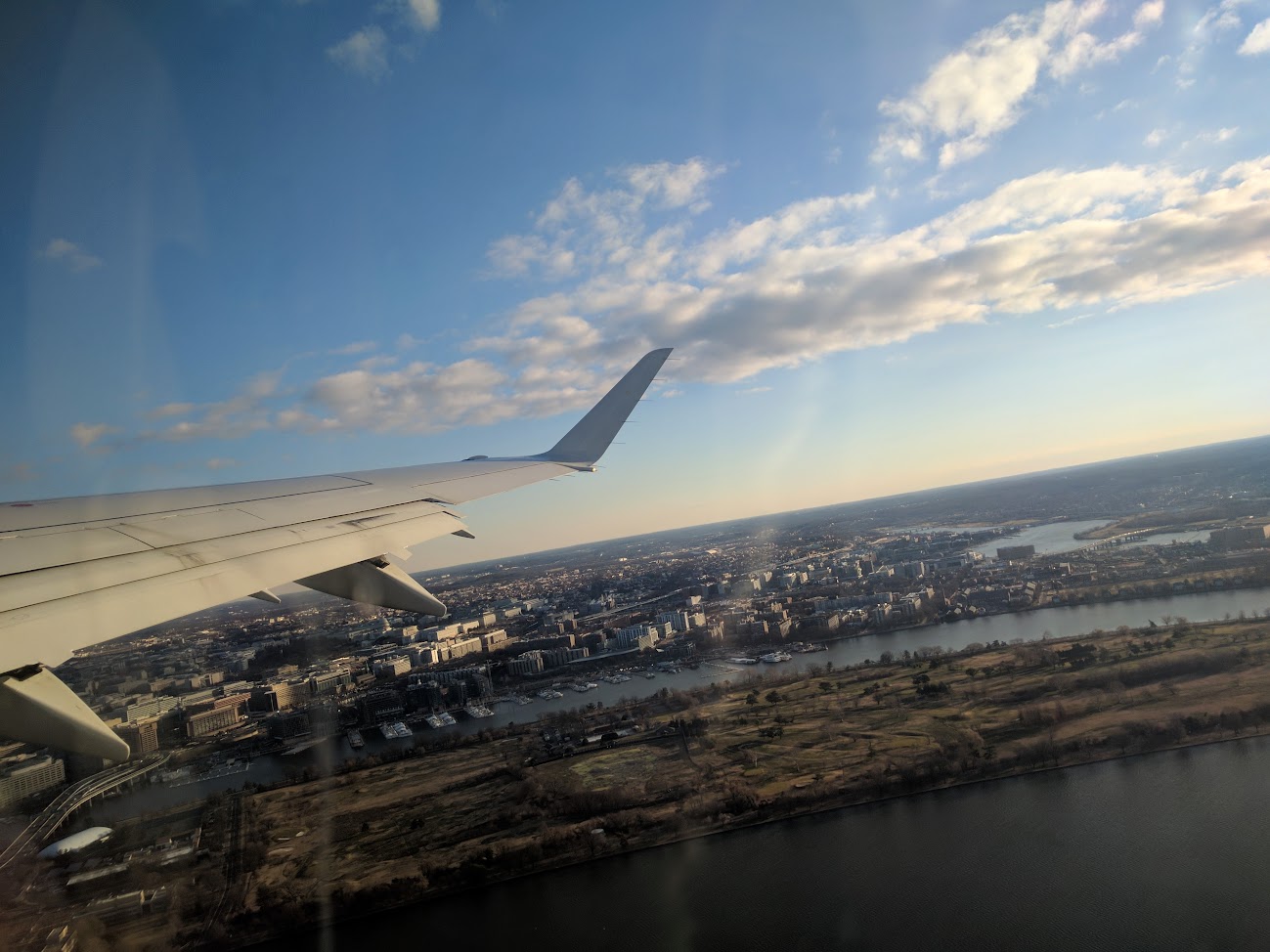 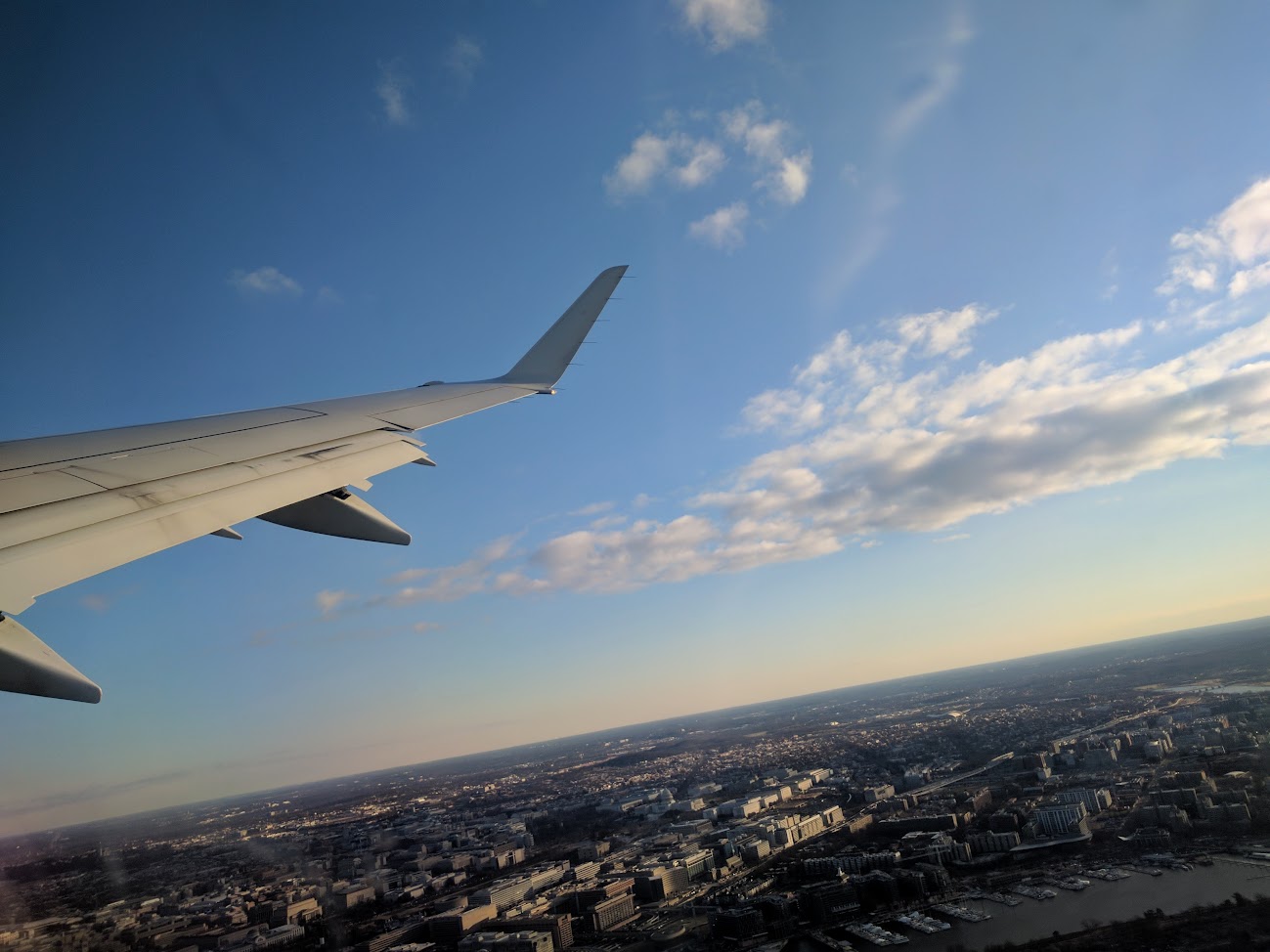 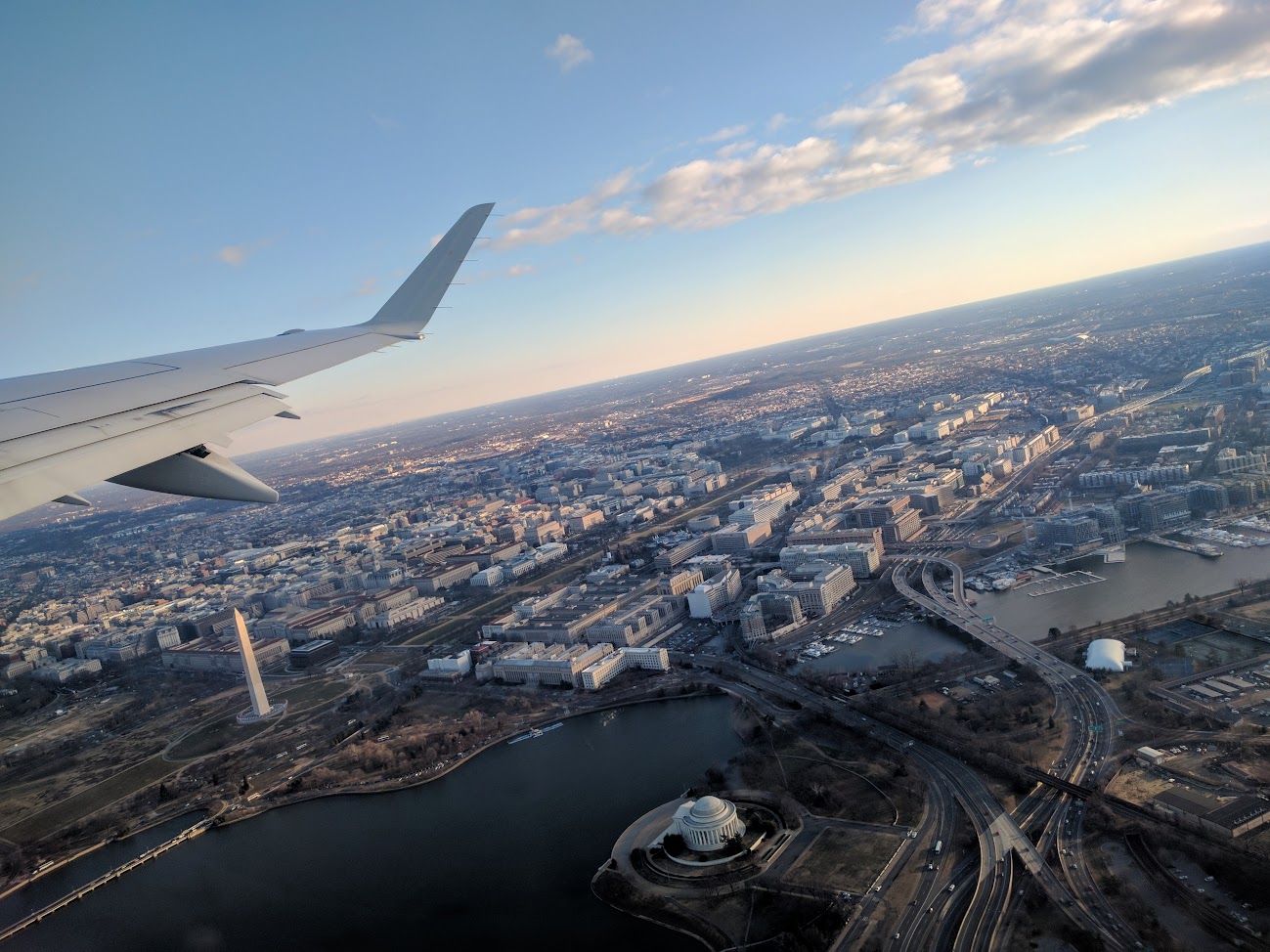 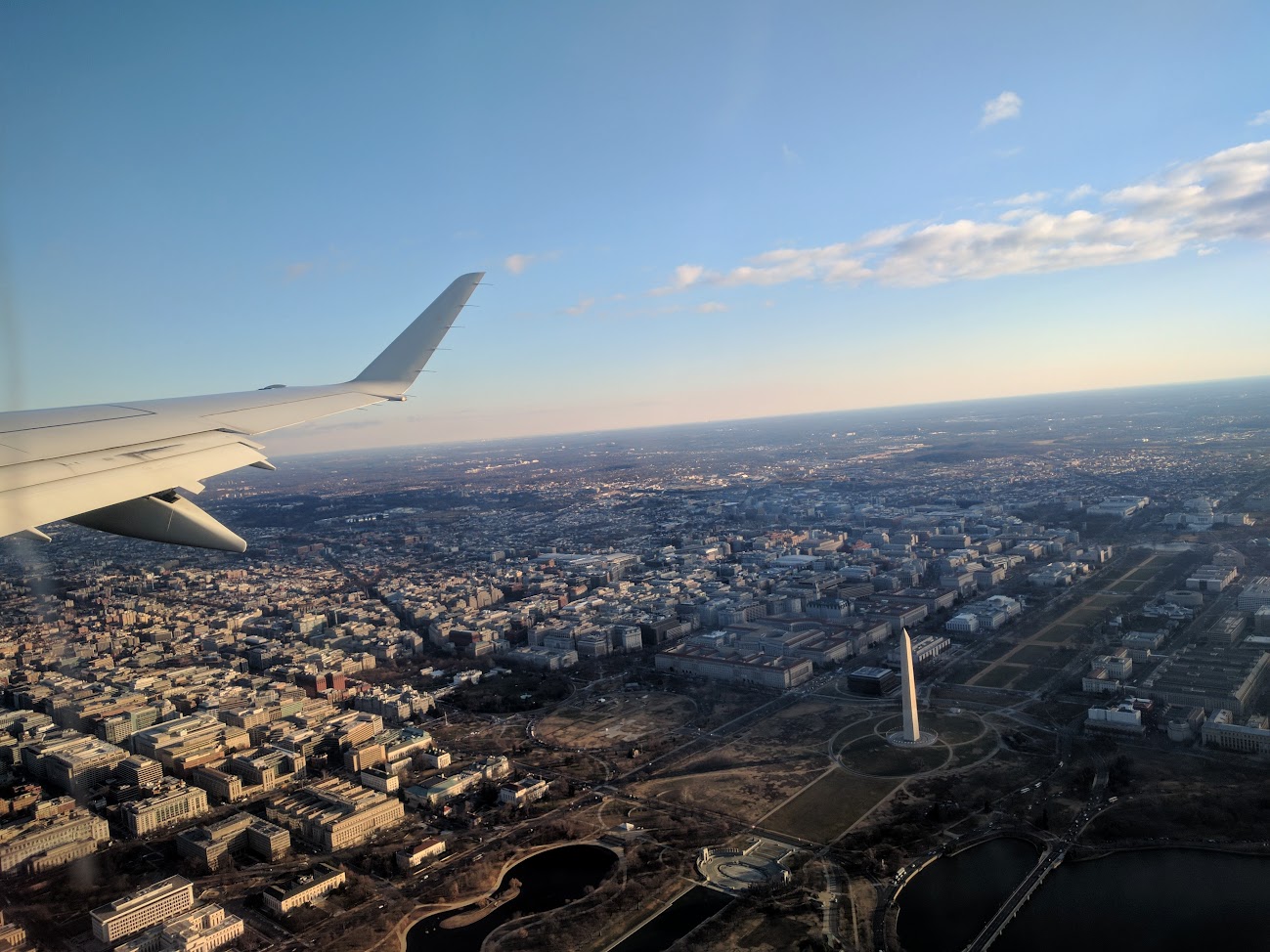 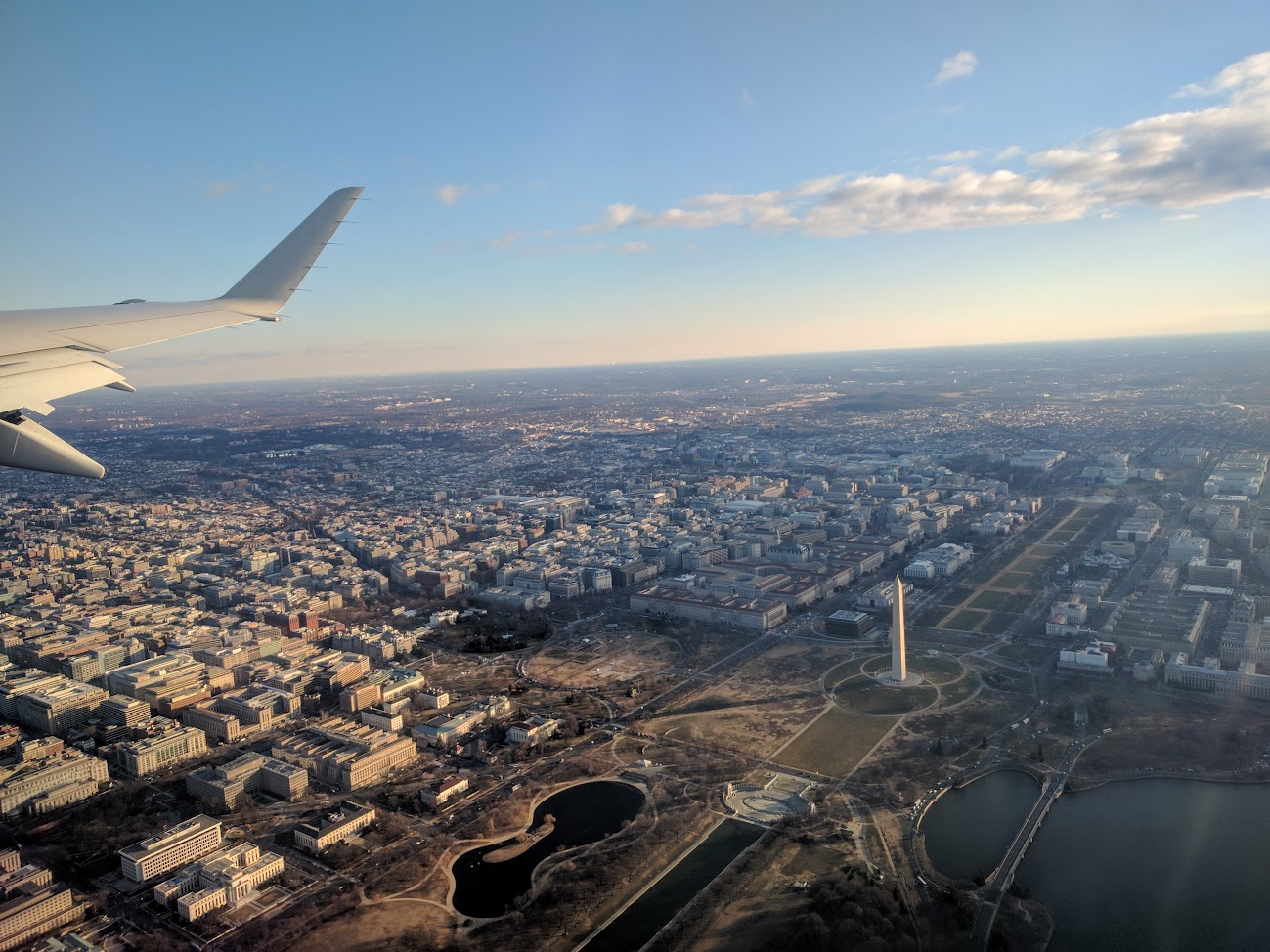 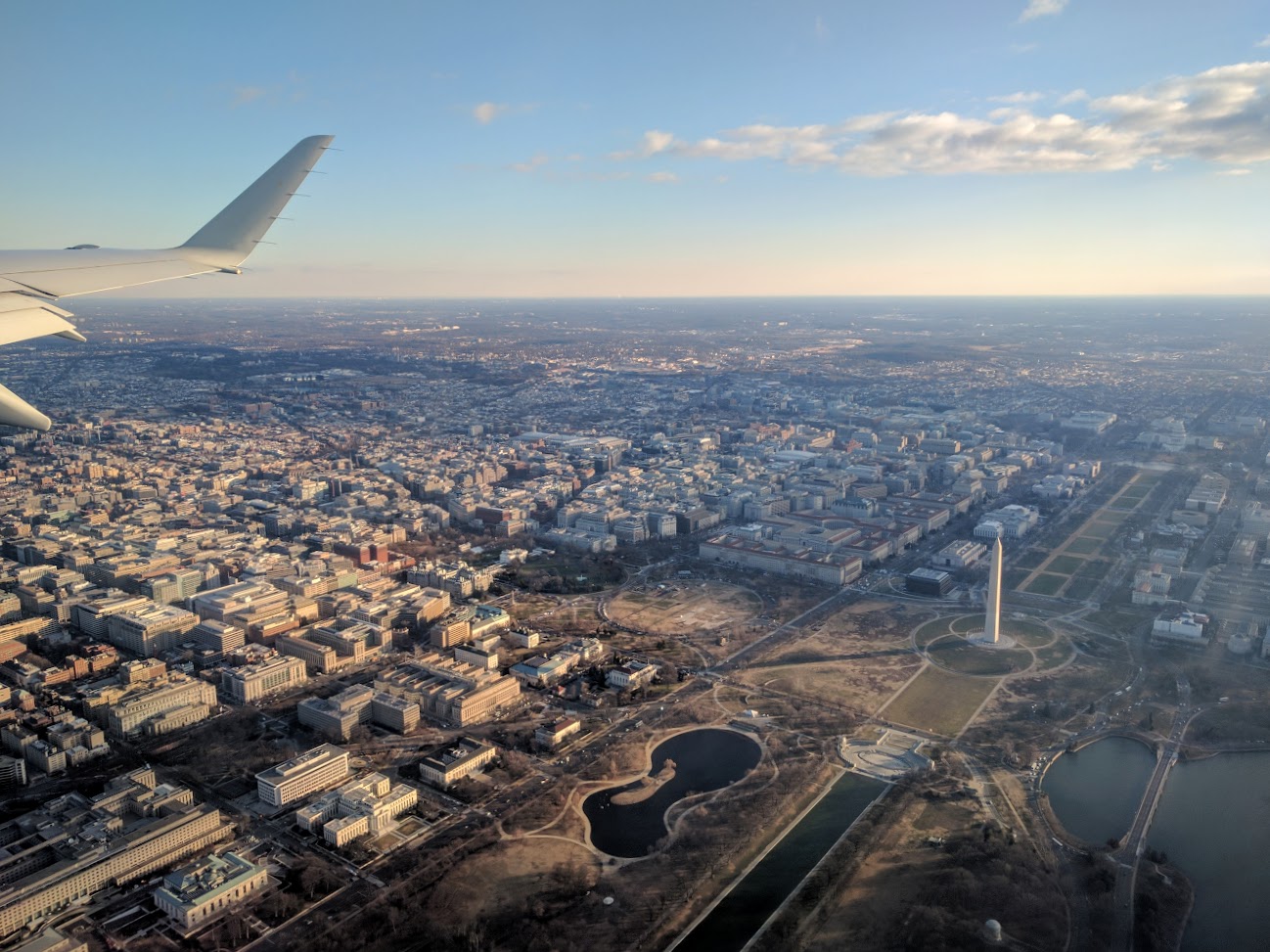 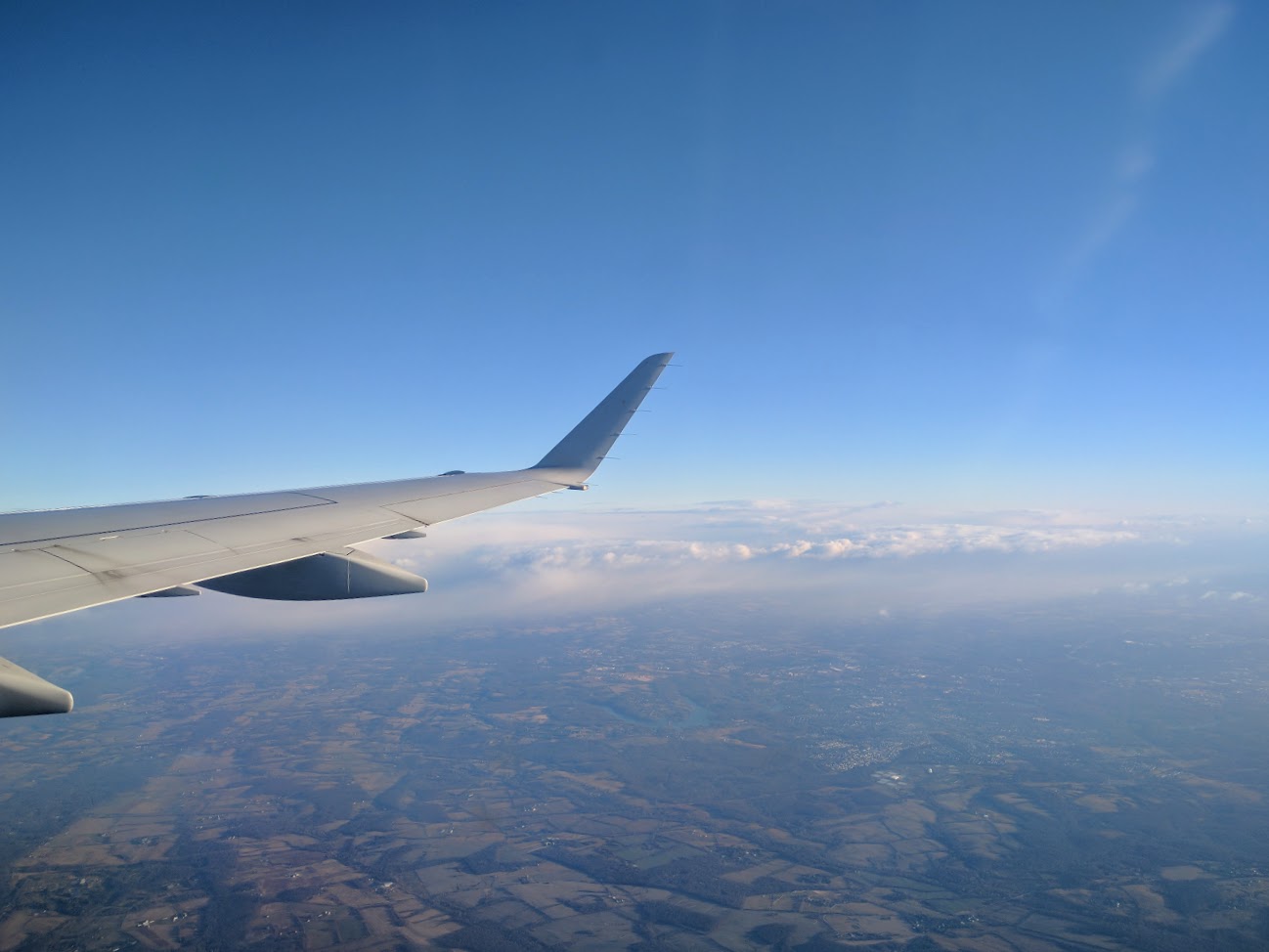 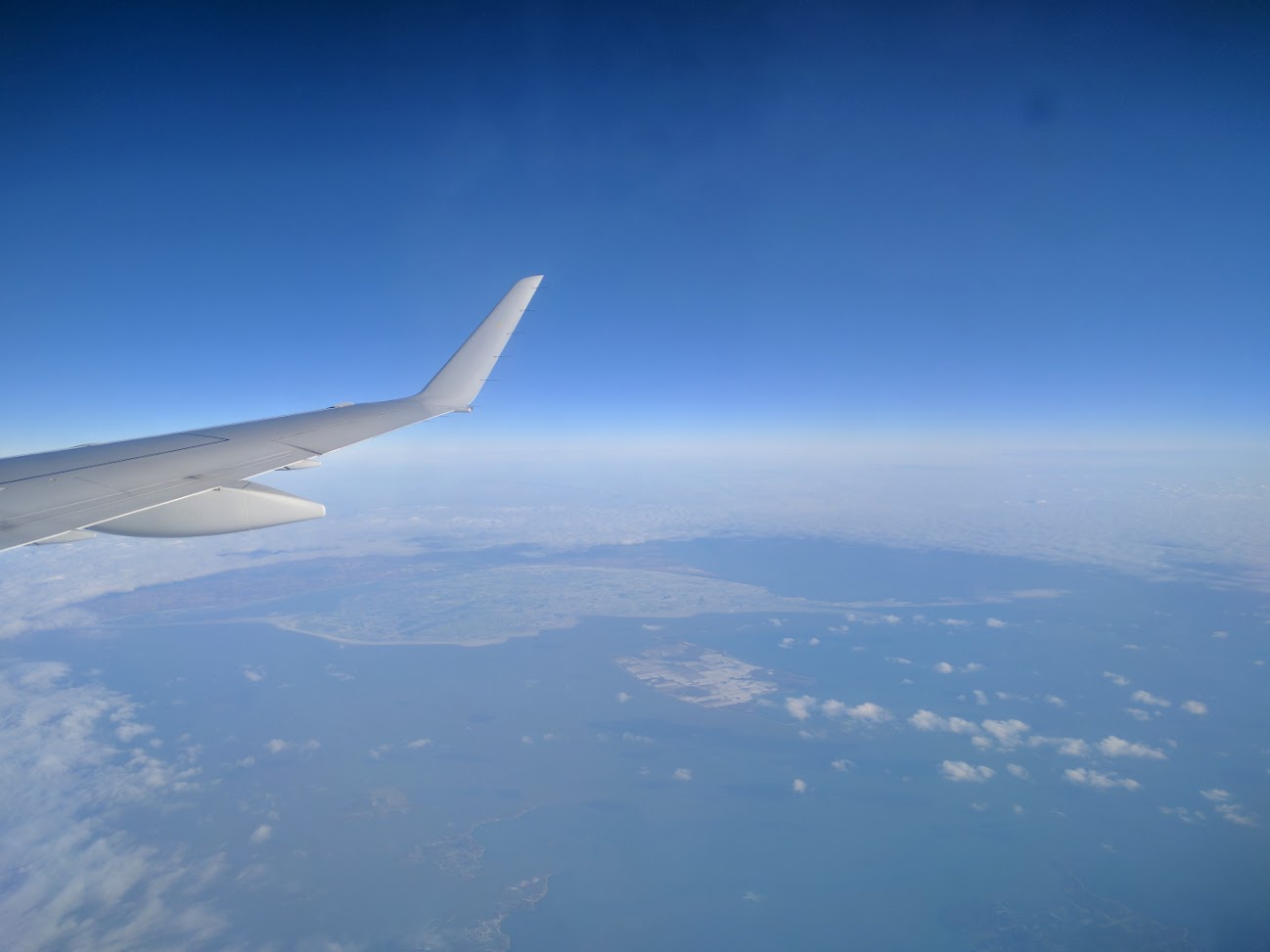 Now I just need to land via the River Visual!

Service was the standard AA fare: coffee and soft drinks, with a small snack packet (pretzels, I think). I (again) forgot to download the Go-go entertainment app necessary to use the streaming IFE, and there's a reason – it's not obvious you need it. At this point, Go-go should really be providing an API to the carriers that allows the their own apps to stream the IFE.

After a full two-hour (I always forget how far MSP is from the east coast) uneventful cruise, we began our initial descent towards MSP.

Descending through a thick cloud layer. 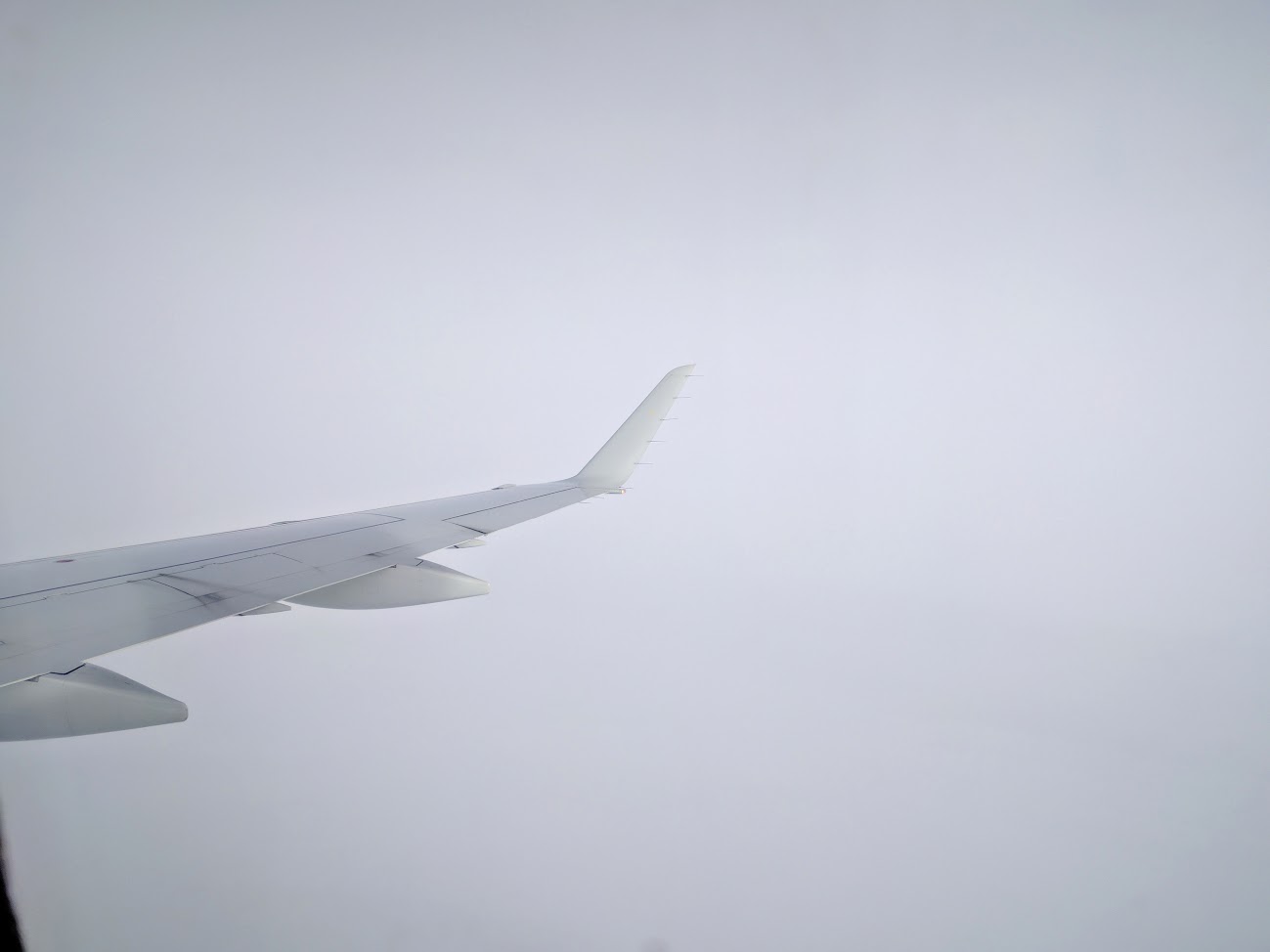 Overcast day in the Twin Cities, with surprisingly little snow on the ground. 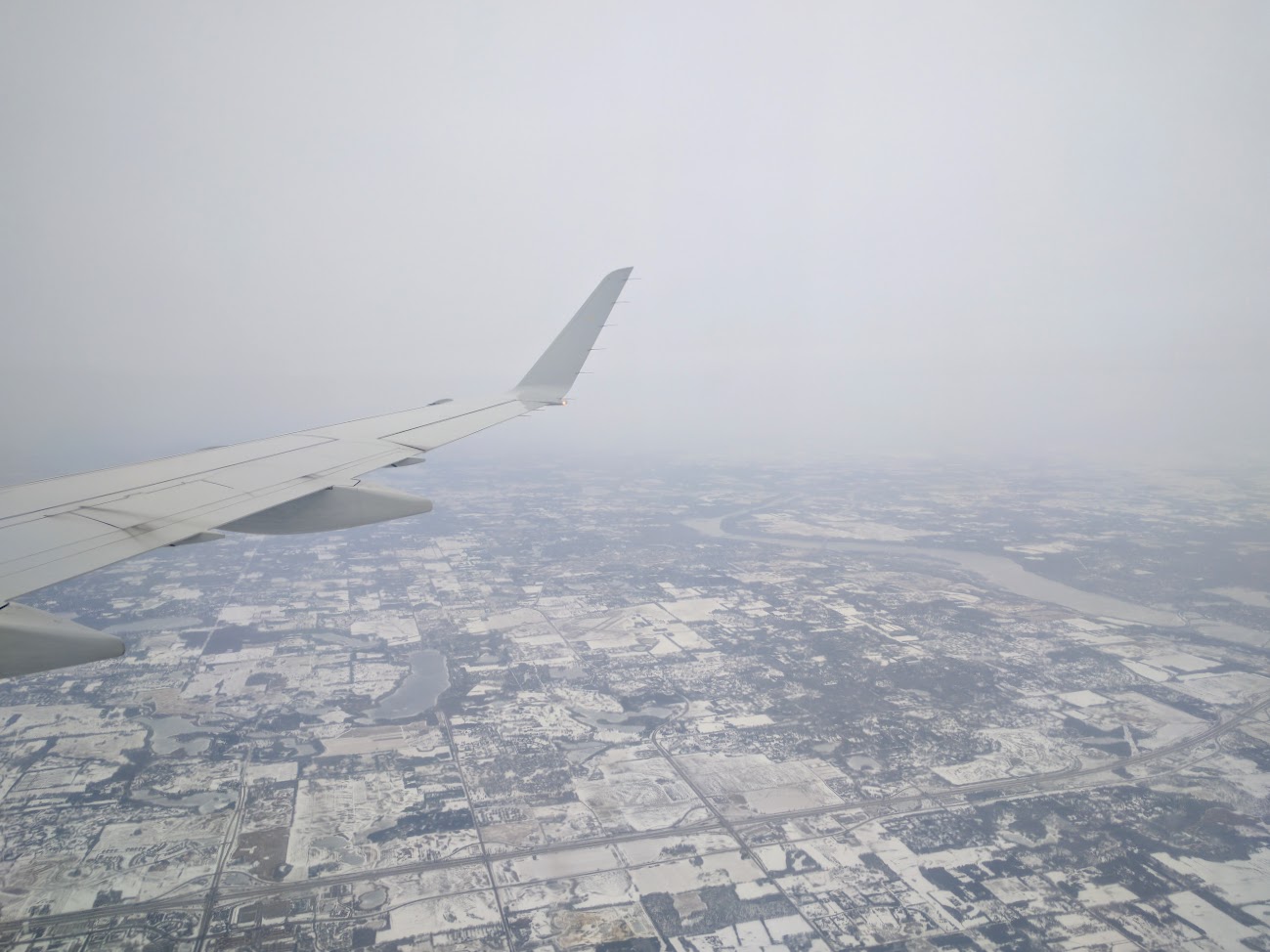 On final for runway 12L. 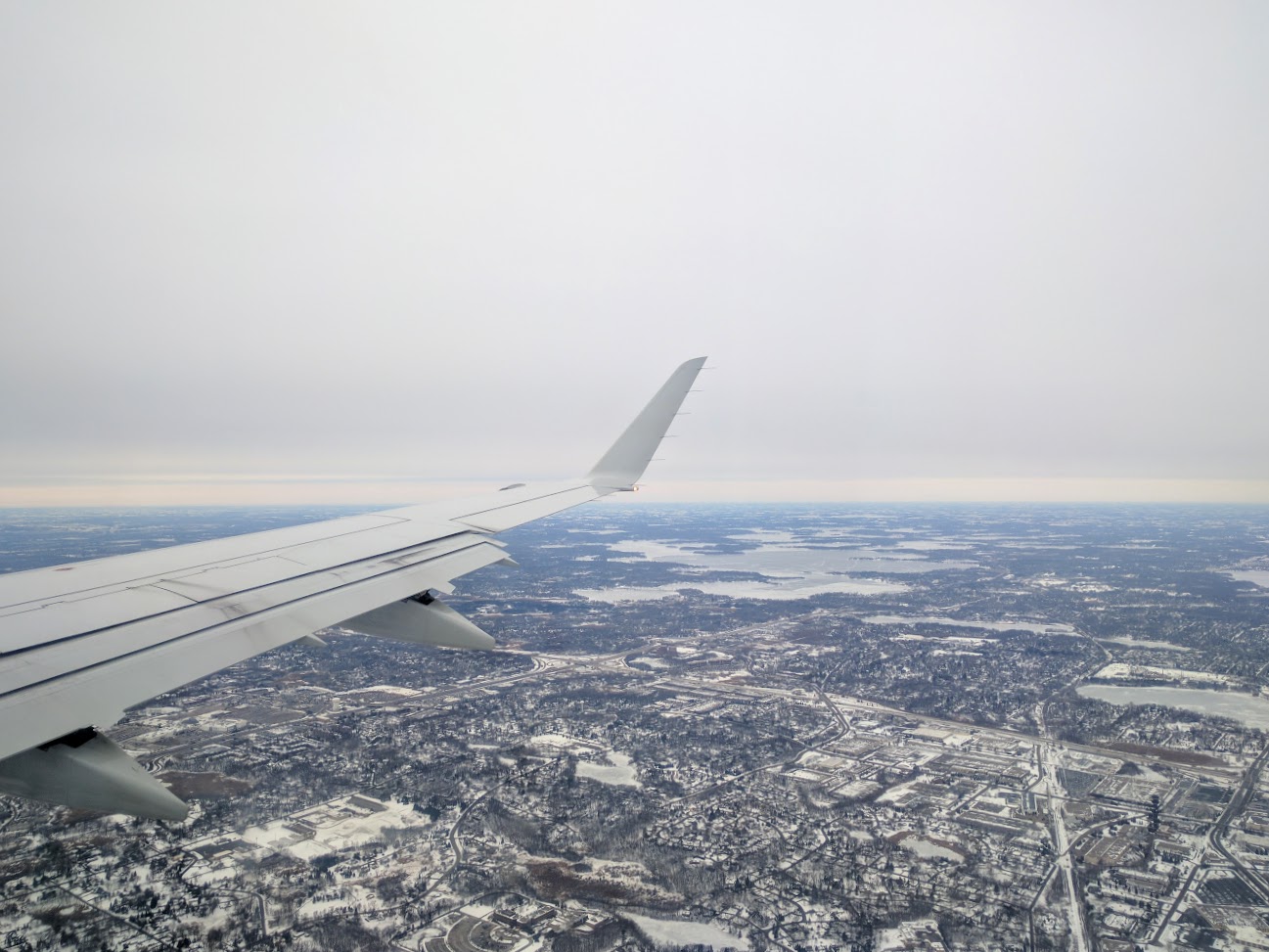 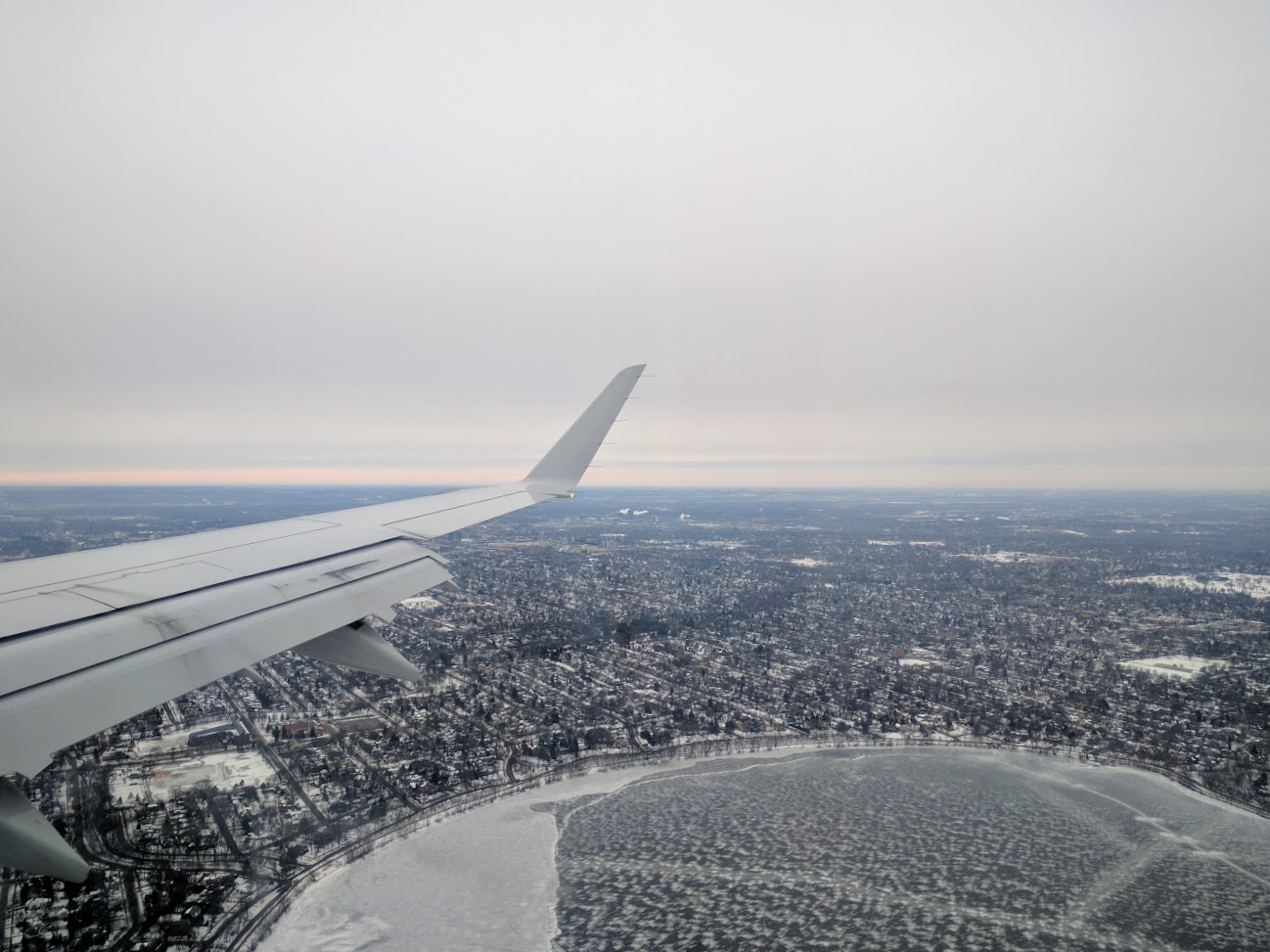 Shortfinal, with a good view of the MSP VOR/DME. 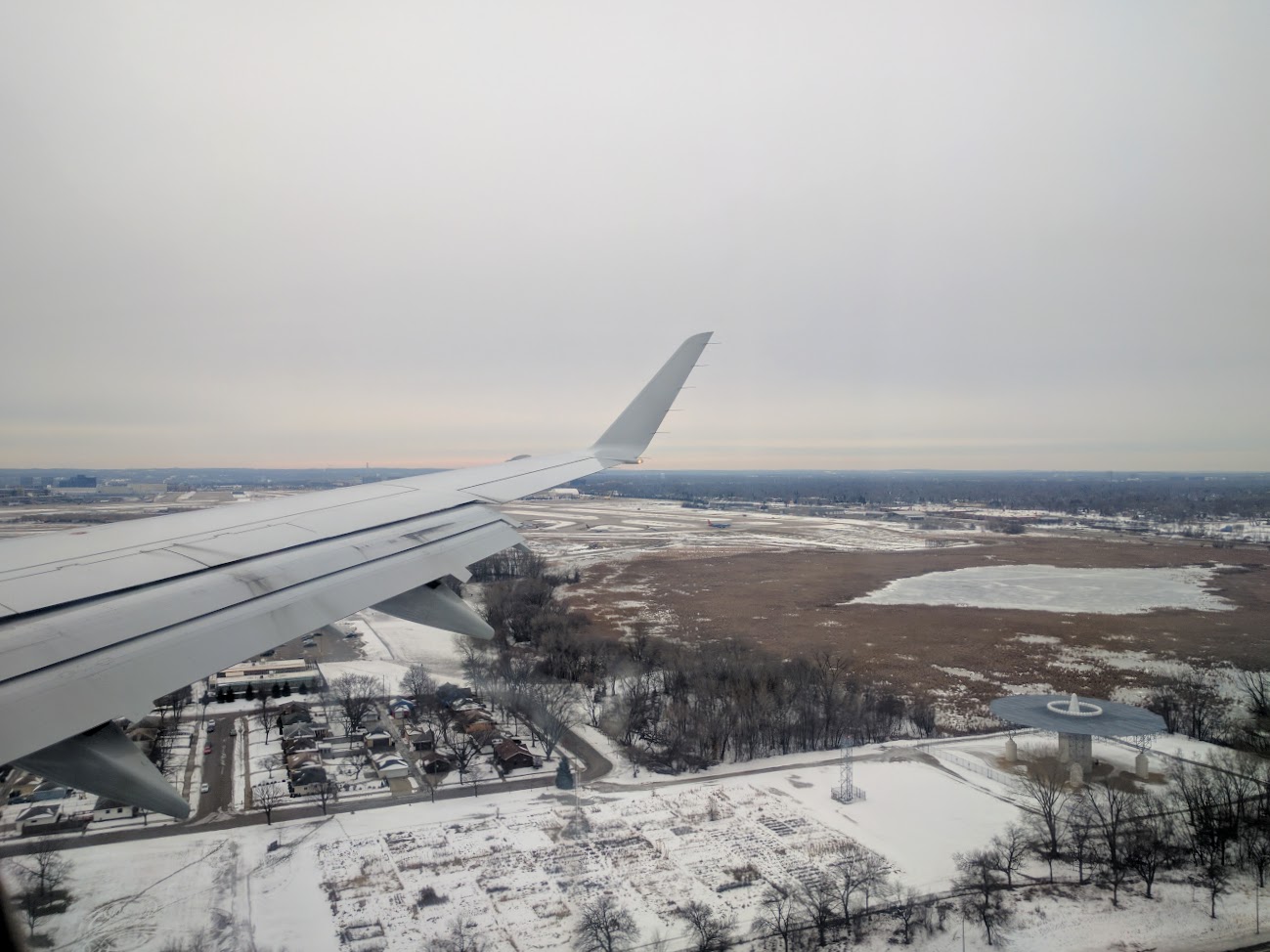 A Delta E175 getting deiced. 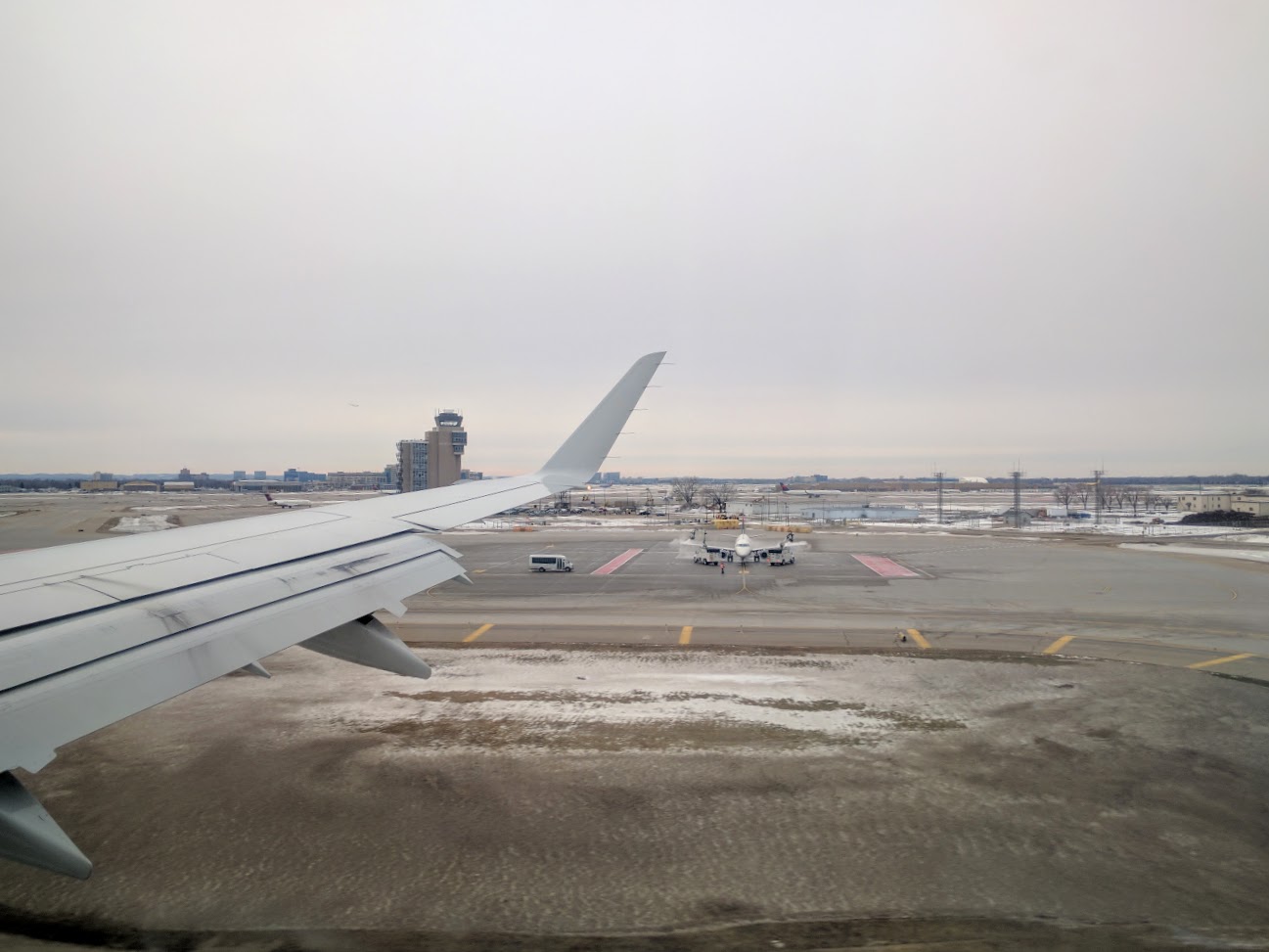 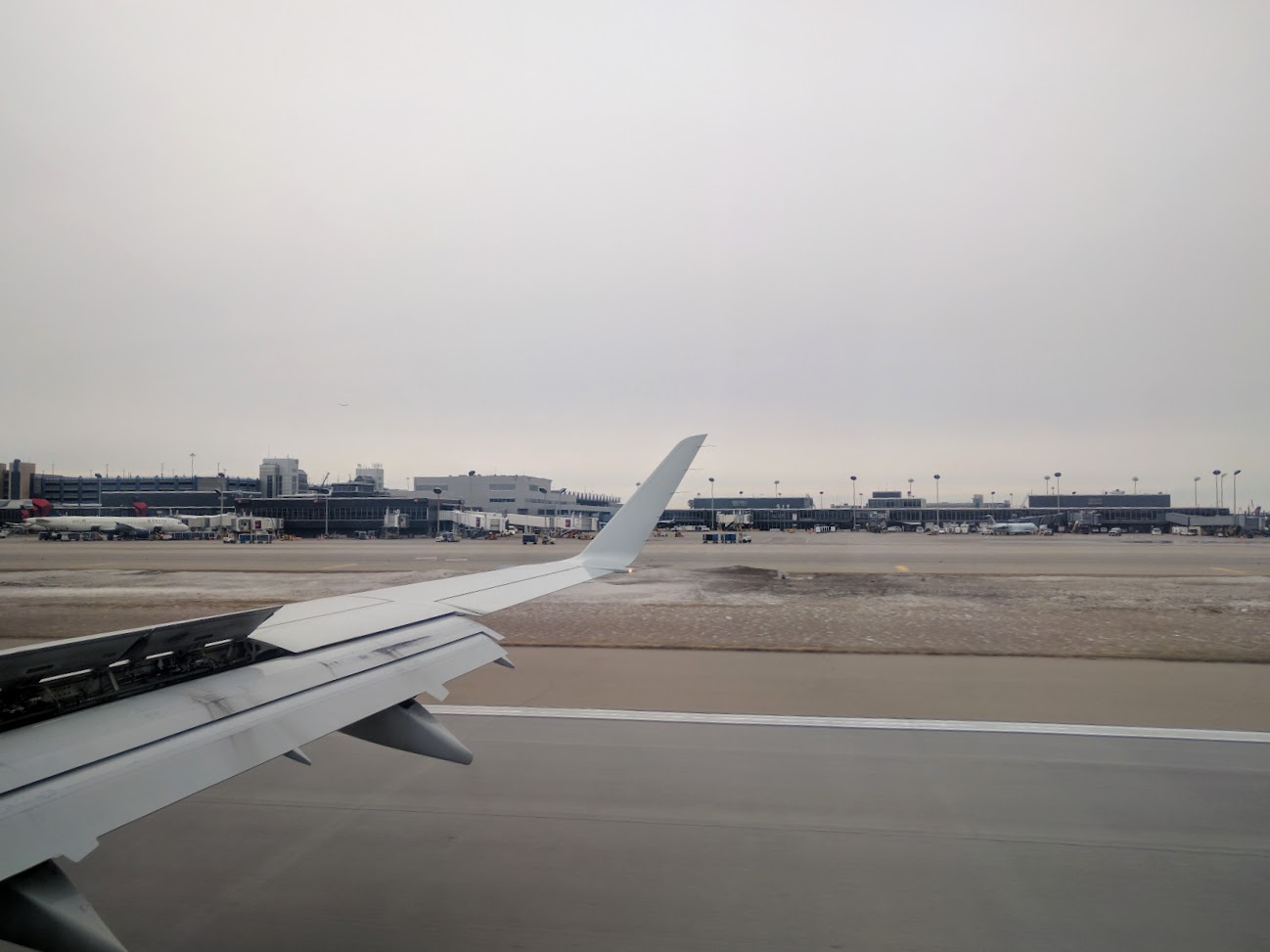 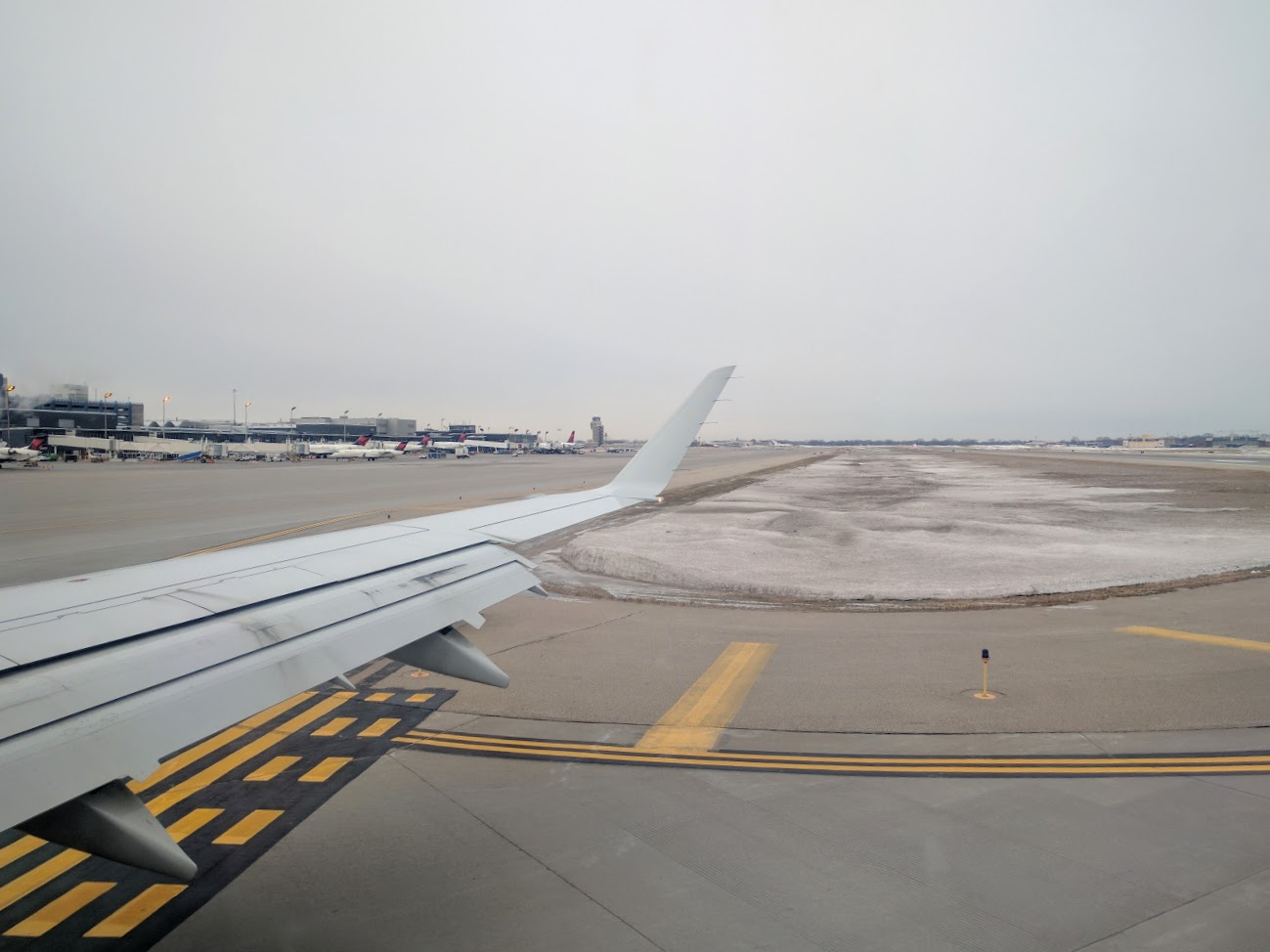 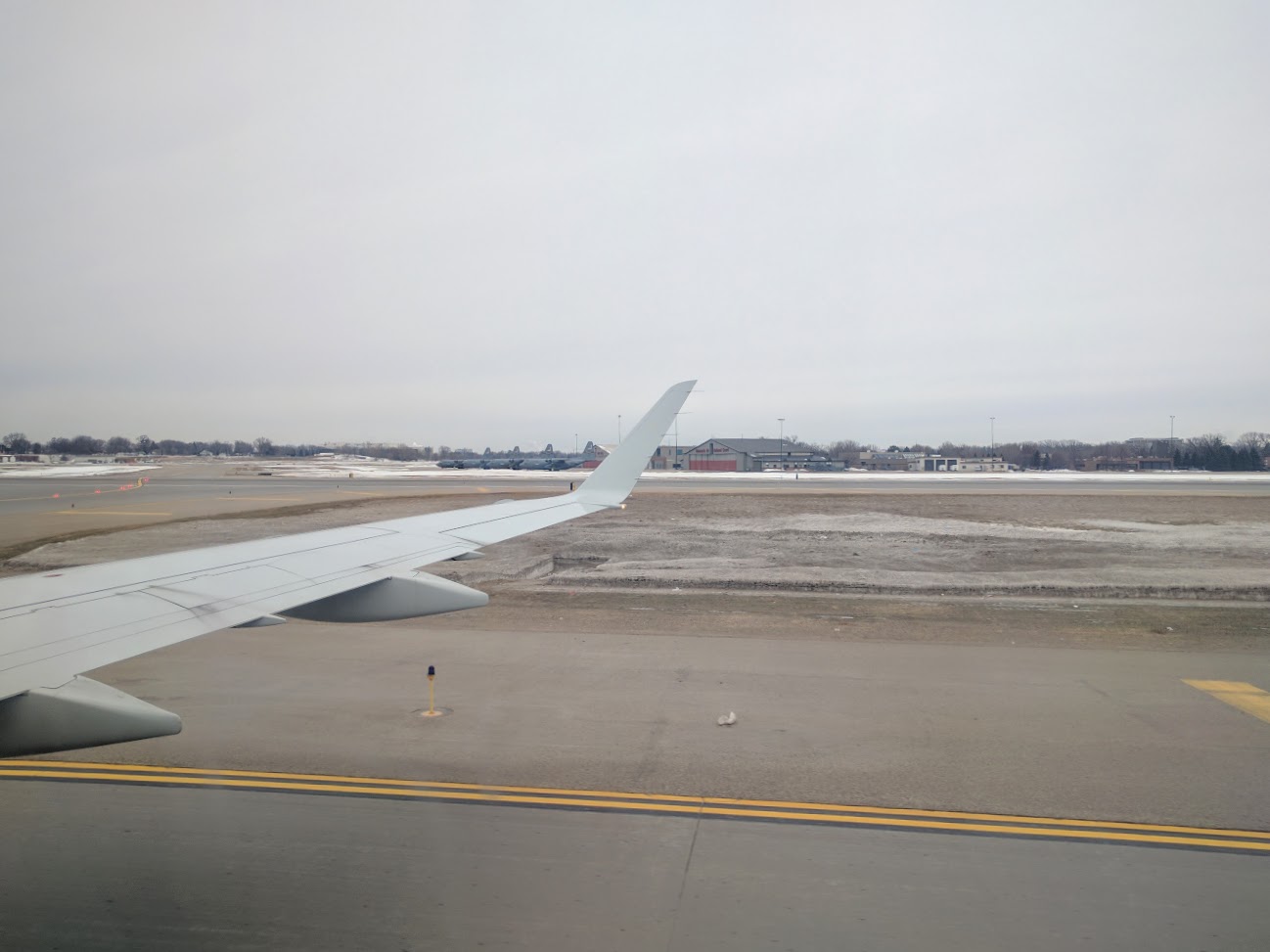 Very weird weather in Minneapolis. Aparently, a few days before my travel, it was pouring rain with temps well above freezing, which I'm guessing led to all the brown muck between the pavement at the airport. 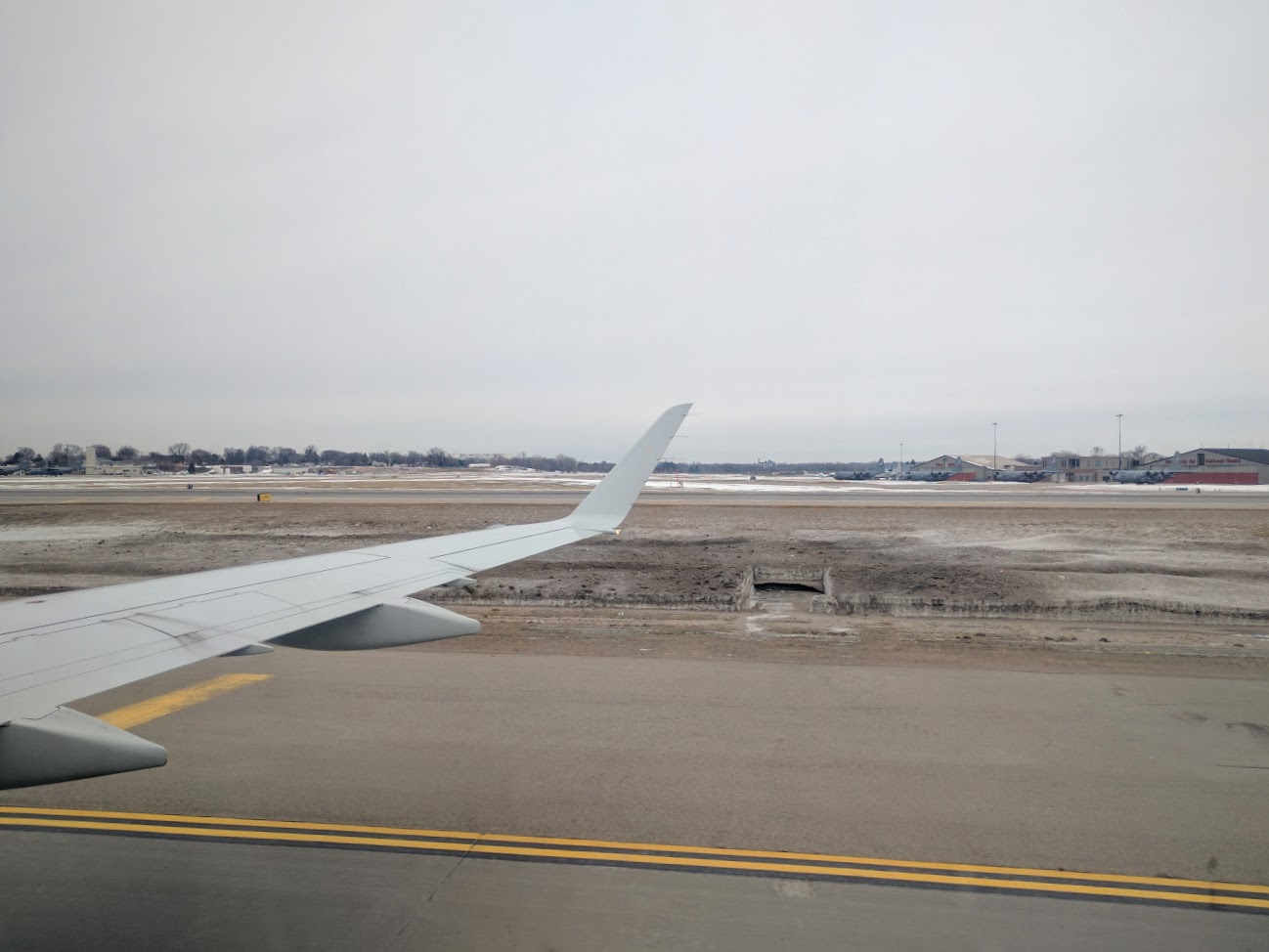 Pulling into gate E14. I assumed that our neighboring A320 would be departing for CLT or PHX, but once inside the (absolutely packed) Concourse E, I saw it was actually operating to Seattle with a 9000-series flight number – a charter of some sort. 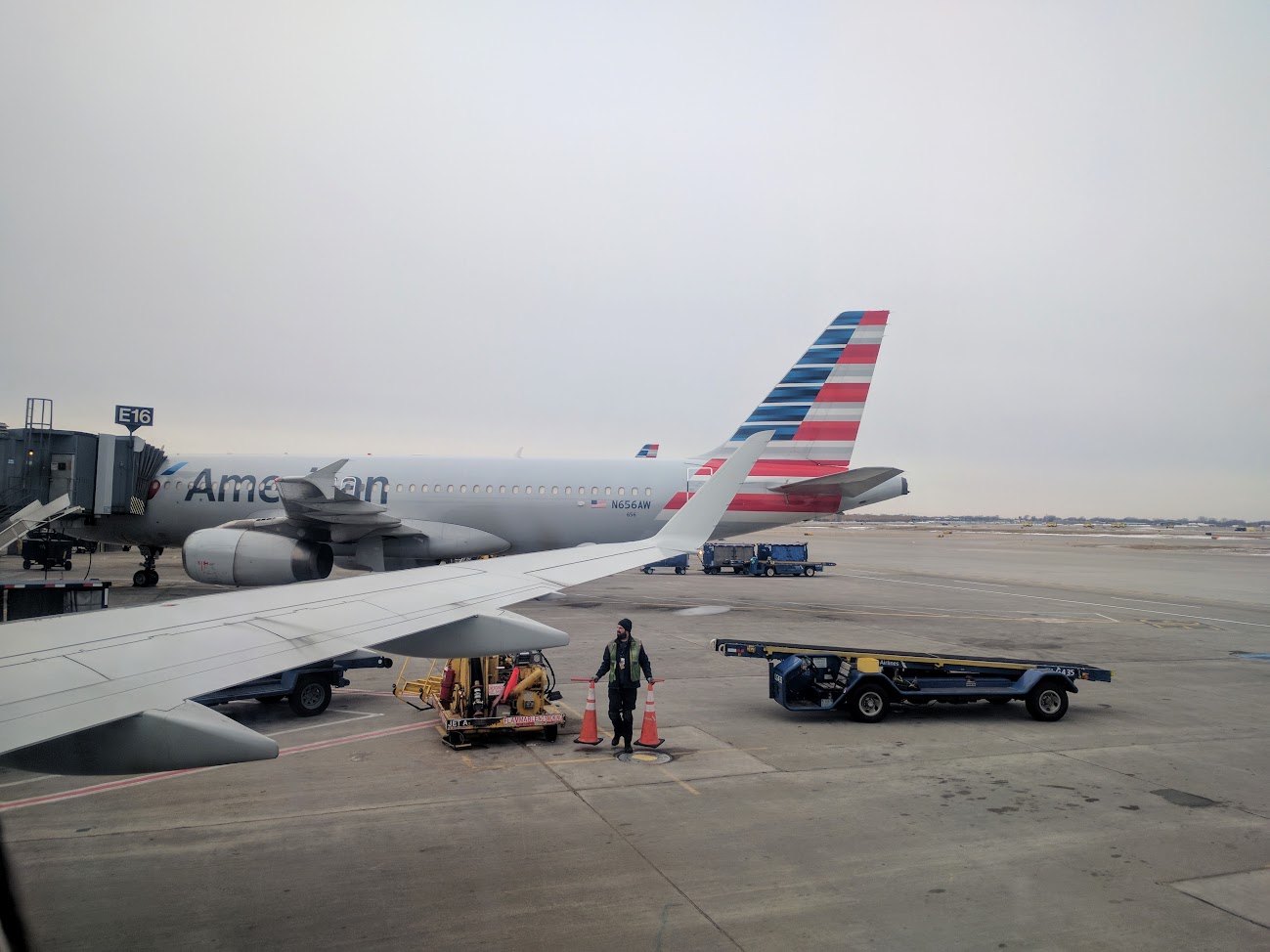 Circling back to the packed Concourse E – I couldn't believe how busy the end of the concourse was. American, which operates out of the gates nearest the end, had an MD-80 and 737 boarding for DFW, an A320 each for SEA (see above) and CLT, an E190 to PHL, and our E175 which would turn back to DCA. That's an awful lot of people for the relatively small boarding area shared by those gates.
See more

This was a pretty standard American Eagle E175 flight. I was very, very pleased to finally get the iconic view of the National Mall and Downtown DC on departure.

I was a bit let down by MSP's Concourse E on this trip -- it was also packed to the gills when I was heading home a few days later. However, I'm not sure how that situation could be improved.

The contributors of Flight-Report published 8 reviews of 3 airlines on the route Washington (DCA) → Minneapolis (MSP).

The airline with the best average rating is Sun Country Airlines with 8.2/10.

The average flight time is 2 hours and 50 minutes.