#54 out of 78 Airlines A minimum of 10 flight-reports within the past two years is required to appear in the rankings. 909 reviews

By bldavid GOLD 7229
Published on 4th June 2017
I live in Iceland and I had to go on a short business trip to Malaysia in May 2017. British Airways has an interesting offer for this route on World Traveller Plus (premium economy) for about 1200 € return - a good price for such a long flight, especially that I booked it only four days prior to my departure.

My flight from Iceland to Heathrow was uneventful. BA does not offer premium economy on their feeder flights, but otherwise the cabin of the A320 that flew from this route had a nice interior. Food and drinks were only for purchase which I actually prefer so I can better choose what I have, but it was well worth to note how much the otherwise friendly cabin crew was slow with the meal service compared to the typical Easyjet, Ryanair or Wizzair crew.

As the flight from Keflavík arrives to the same Heathrow Terminal 5 where the flight to Kuala Lumpur leaves from, and I had an easy connection of about 5 hours. I spent most of my time at the Pilots Bar having a proper meal and working on my laptop. My overall Terminal 5 experience was absolutely pleasant: nice architecture, good apron views, plenty of space and no queues. 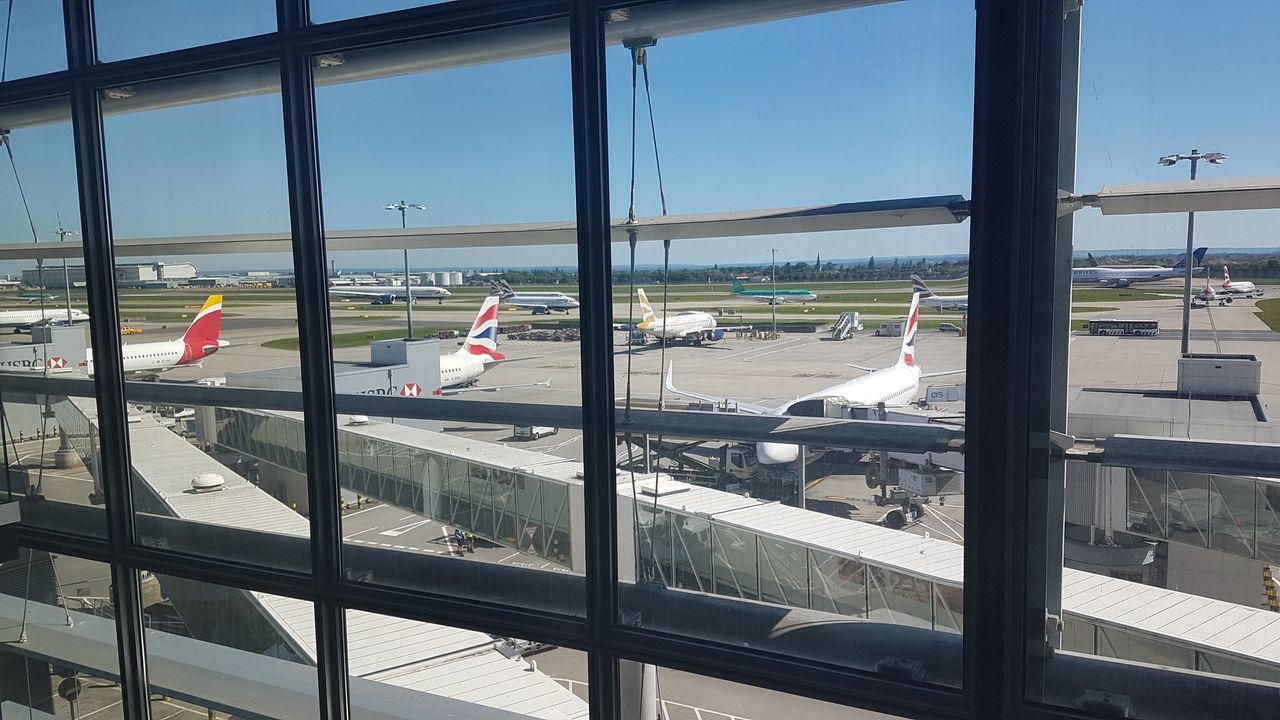 While there is no priority for World Traveller Plus customers, boarding was very fast and efficient. My aircraft for this 12-hours flight was a B787-900 Dreamliner with a 4-class configuration (Economy, Premium Economy, Business, First). 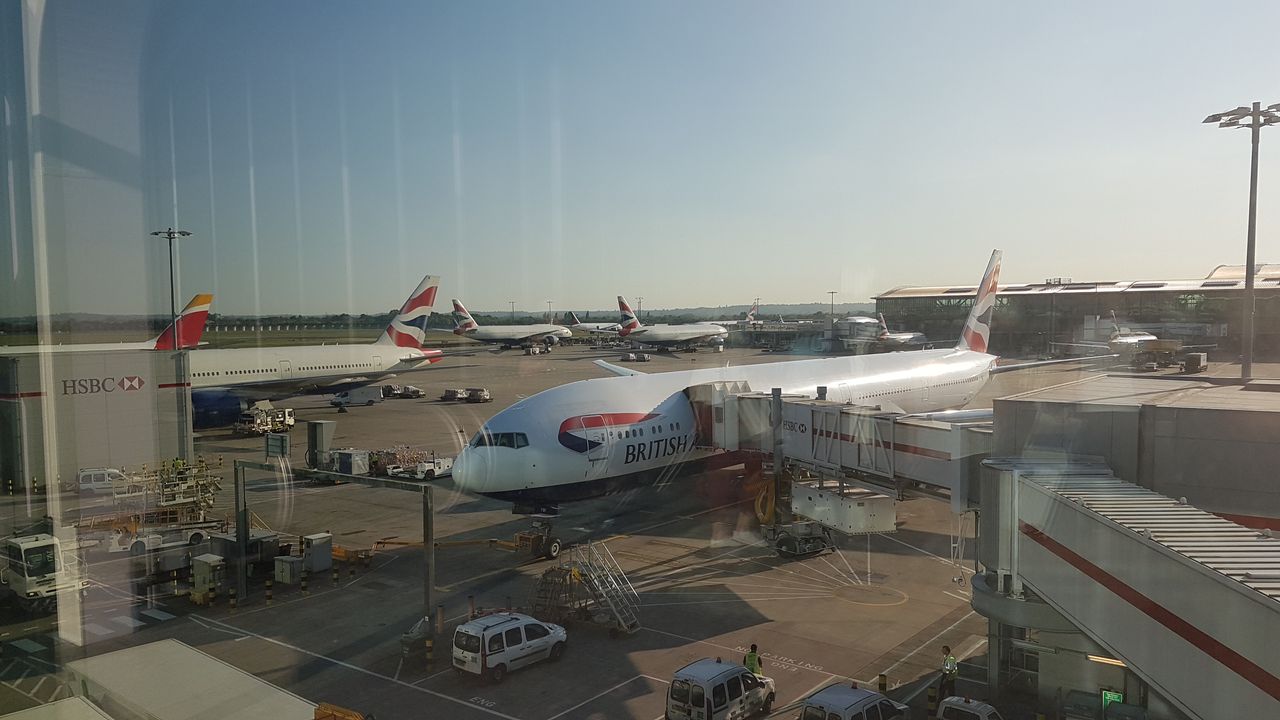 The interior was in an excellent condition and very clean. Configuration in World Traveller Plus / Premium Economy is 2-3-2. The seat is of course more comfortable than in economy, but it is still much closer to economy than to business. 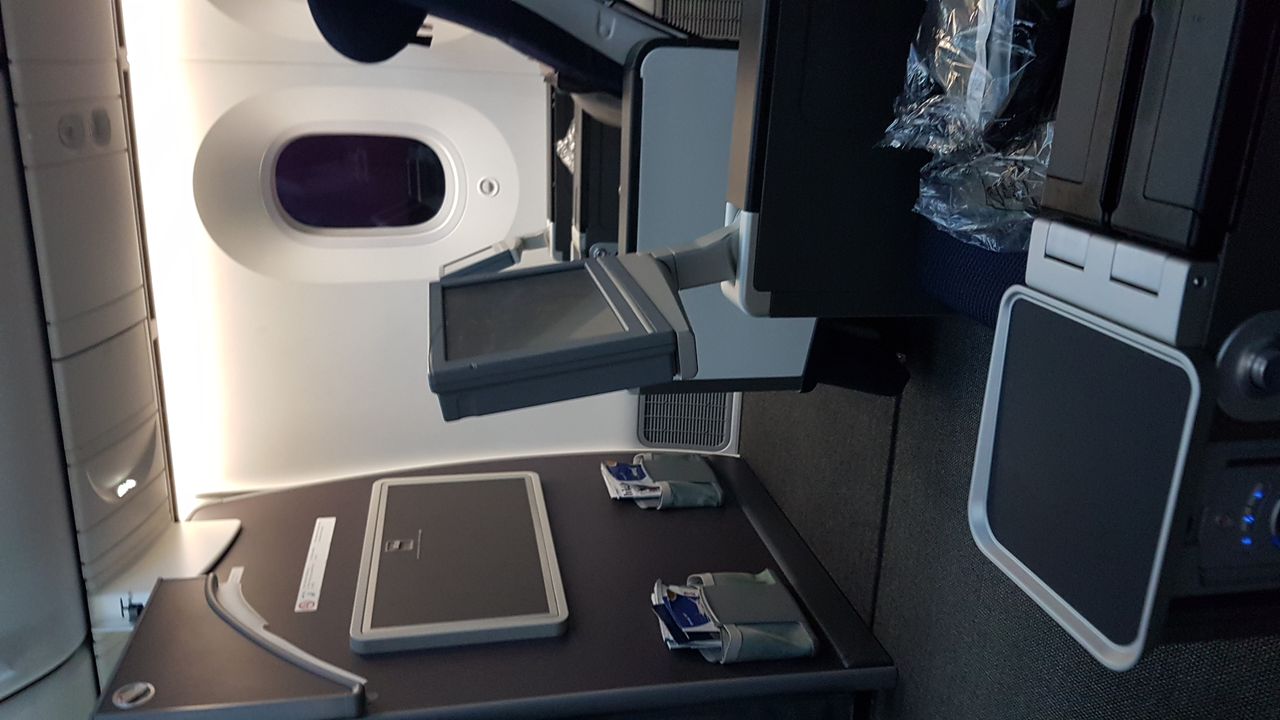 I selected seat 16D, so one of the middle aisle bulkhead seats. I felt it quite similar to economy bulkhead, although seat width was better and the legroom was comfortable. I appreciated the smaller size of the cabin. 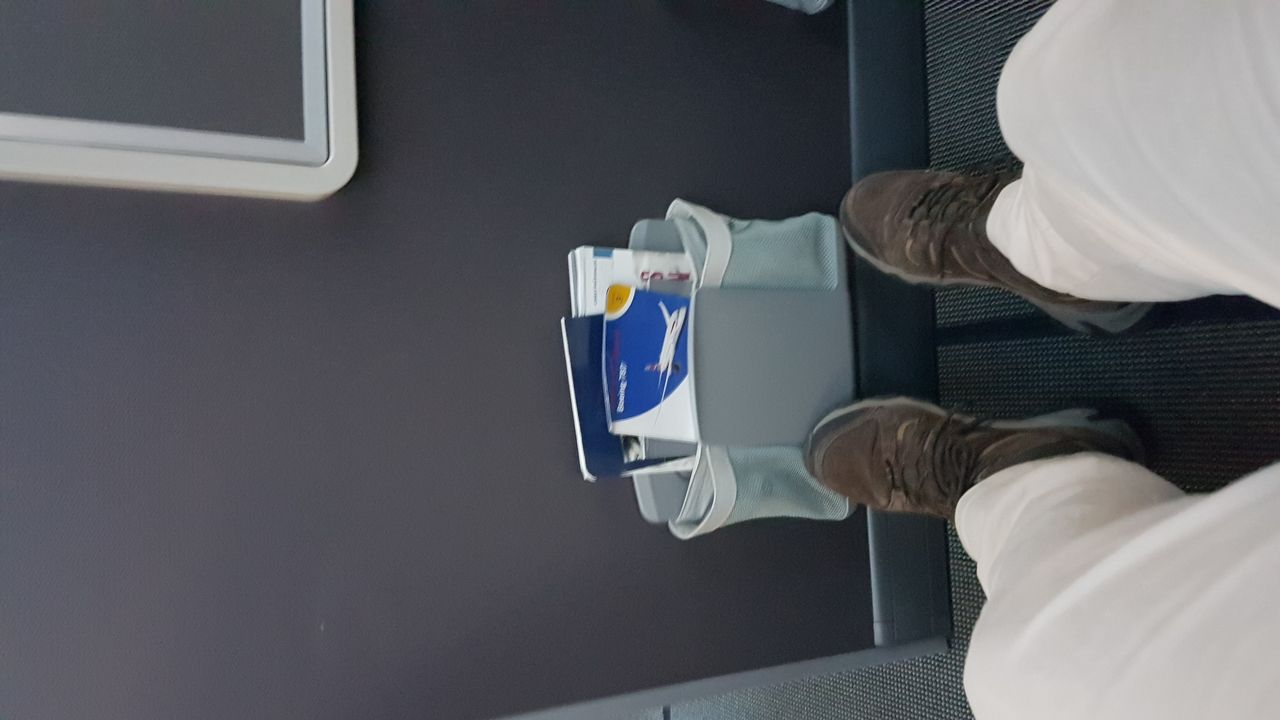 Screen is economy size in bulkhead but slightly bigger at the other rows. Blanket, pillow, proper headphones and a basic amenity kit were waiting on my seat. Sparkling wine was offered as a welcome drink.

Scheduled departure time was at 20.15 and we pushed-back on time at 20.13 while safety video was playing - and than the captain announced: "A little problem with the computers. We can't rid off this error message, we need the engineers to come onboard". OK, let's wait. A half an hour later we refuelled. There was certainly a reason but I didn't catch it - why to refuel if we didn't move? 50 minutes later: "The message has disappeared " At least we were kept informed. We had eventually final push-back at 21.30 and we took off at 21.50.

Drink service with a hot towel started only 20 minutes later. I asked for a glass of wine - choice of wine from Spain and Chile - I got two with some pretzels. 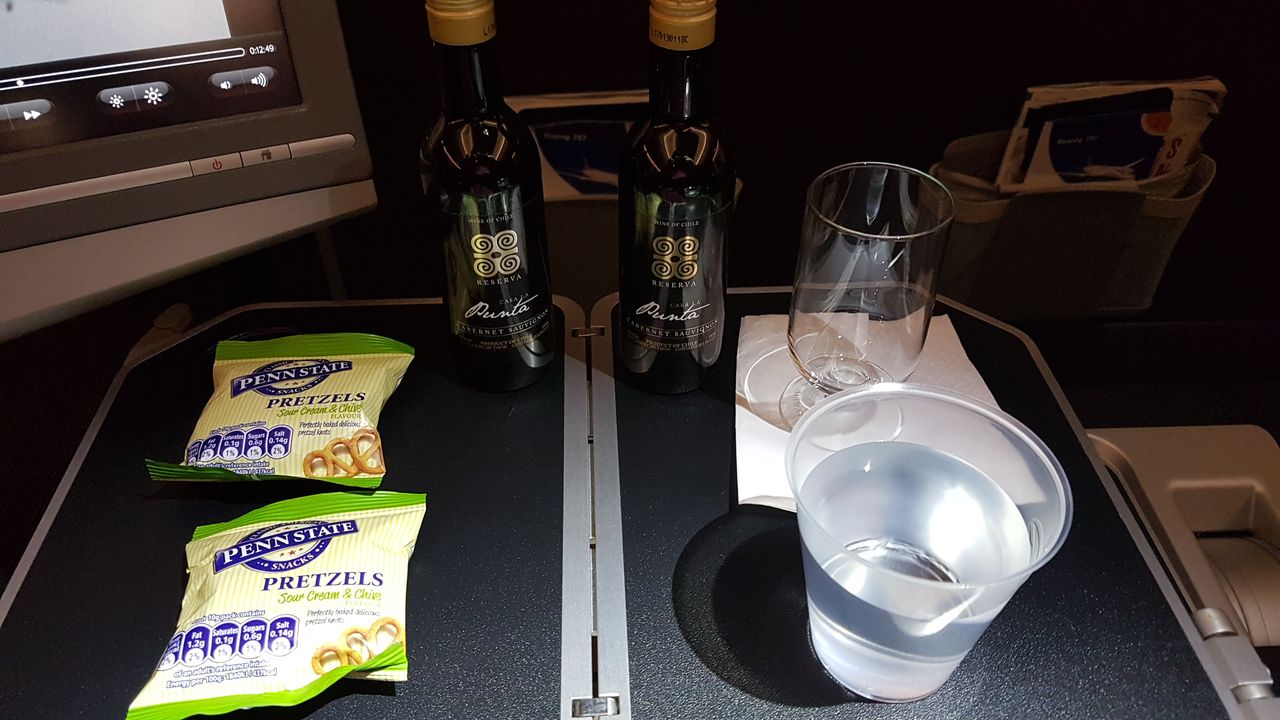 I have to note that the service was absolutely faultless, friendly and charming throughout the flight. 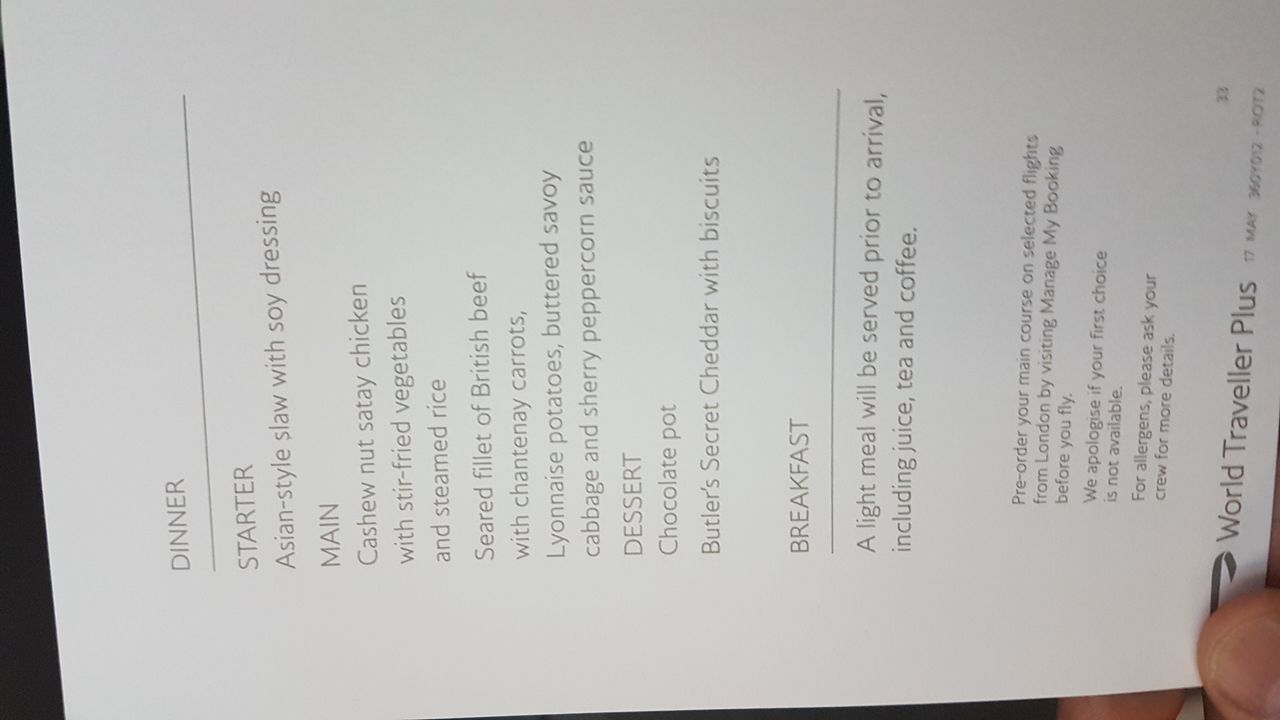 The salad was average. As for the main course (beef) the meat was not very good but the vegetables and the sauce made the meal better. The chocolate mousse was OK. The cheddar and biscuits were just packaged industrial food. Altogether meal was quite a disappointment, it was only very slightly better than on Economy. 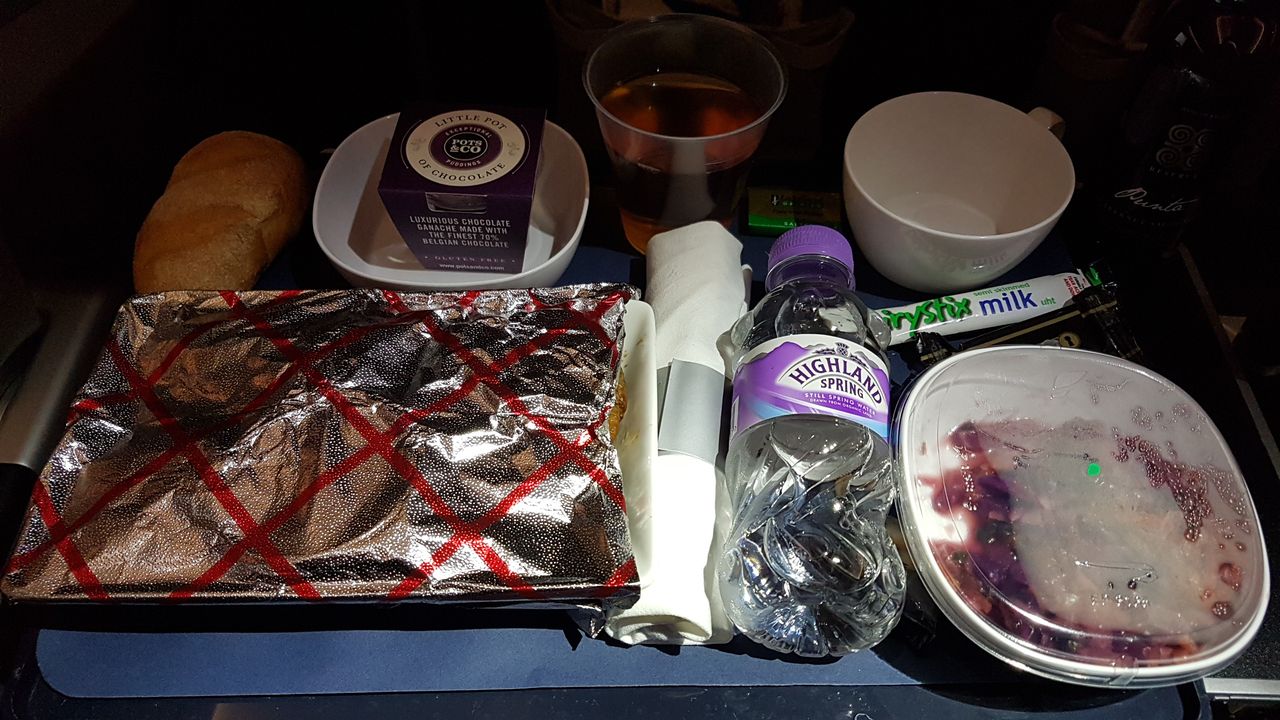 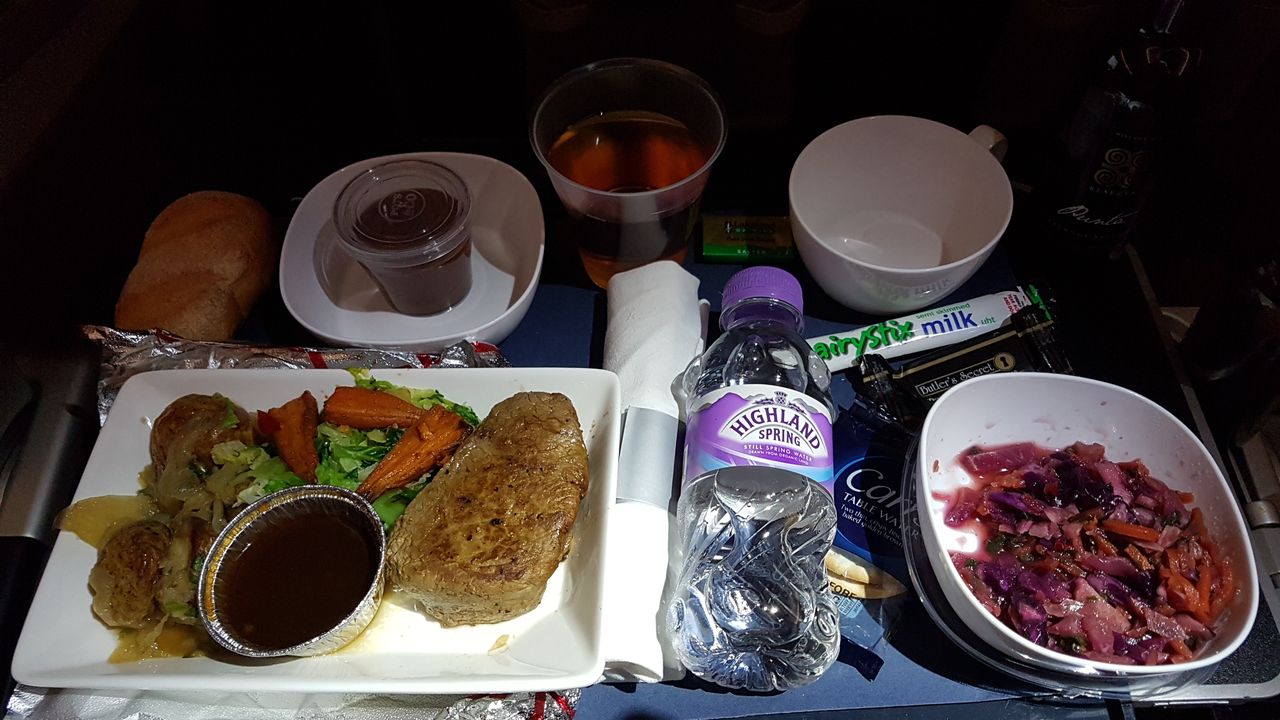 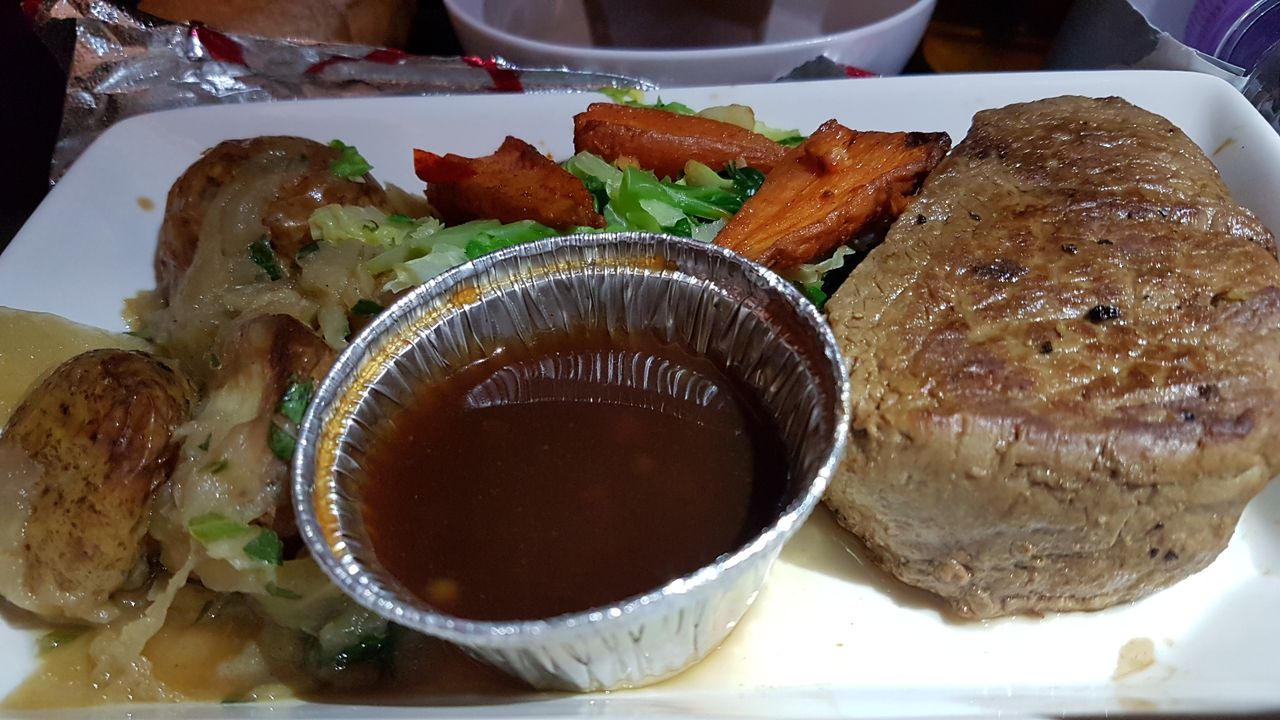 I had a mixed opinion on the in-flight entertainment. While I like a lot of different styles of music, there was only one artist that I least I knew, let alone Iiked - none of the world's most popular bands/singers could be found in BA's IFE. So bring your own music. The choice of movies was definitely better. What was actually very good was the choice of TV shows. I especially liked the old aviation videos. A particularly interesting one is Sharjah airport in the old days or pilot training in 1970. 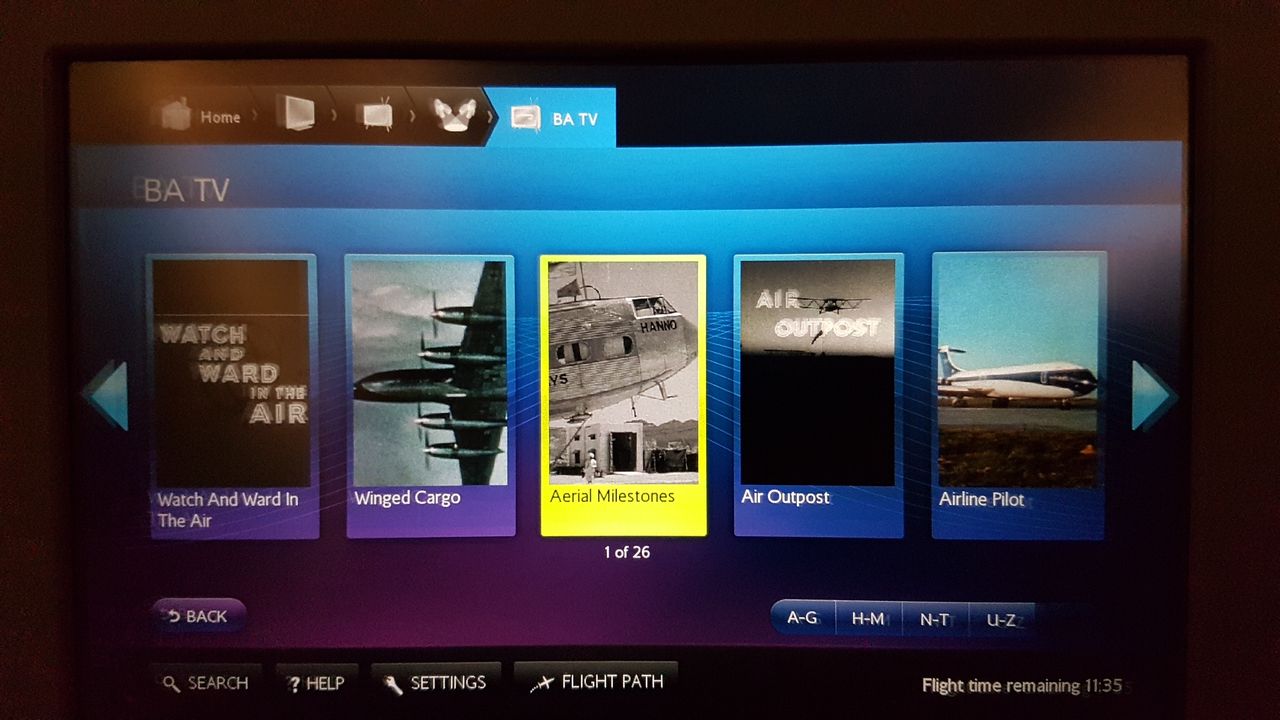 After watching a few aviation videos I slept quite well for five hours. Breakfast was served about 90 minutes before landing: hot omelette and sausage. Plastic cutlery. The hot food was average and the pastry was downright very poor quality.

British Airway's Premium Economy, branded as World Traveller Plus is of course better than Economy, but it is much closer to Economy than to Business in terms of comfort and services. If on a given route a return flight costs 1000 € on Economy and 2500 € on business a price of 1300 to 1500 € would be realistic for Premium Economy.

The contributors of Flight-Report published 7 reviews of 2 airlines on the route London (LHR) → Kuala Lumpur (KUL).

The average flight time is 12 hours and 8 minutes.