1 – Small appetizer on the peripheral france
2 – Orly Terminal Ouest, Hall 1, extension Nord
3 – The false contact on the bridge or the art of boarding at the Ryanair
4 – The return of the beast of the carpathians
5 – The minute of almost general culture
6 – Hop пътуването до до Франция Франция с Air France
7 – the arrival at the end of the world
8 – Bonus: Internet by air france

As usual, I could be certified ISO 9000/14000 by Air chance as the industrial CC product is standardized and constant on the hard disk, and as I am a Navigo zones 1-29 subscriber on the PAR <-> BES line… so you will be entitled to my RER of the day!

Introduction: context, pretext, long text…
Except that in this case, and as I told you in my previousFR (the one who is seriously delirious and who got me 15 days in Siberia to clear an abandoned airport runway....), I repeat the experience of subcontracting by Air France… of the East (not the region"Grand-Est", not the "grand Est" without capital letters/capitals in Grand, nor hyphen between words as is the practice for administrative and political entities in good French)…

Nothing to upset the established order but good….

The outward flight will not be postponed (flight without intrinsic interest except my arrival just on time, which does not deserve a FR but rather a Taxi-report… like the first film of the series.)

In short, the suspense being close to the unbearable, here is the routing:

I know it's not worth a Syrian Antonov, an Iranian A300 or a pedal cuckoo to travel 2 kilometres in Scotland, but you do with what you have…

For the record, I received this when I made the reservation: 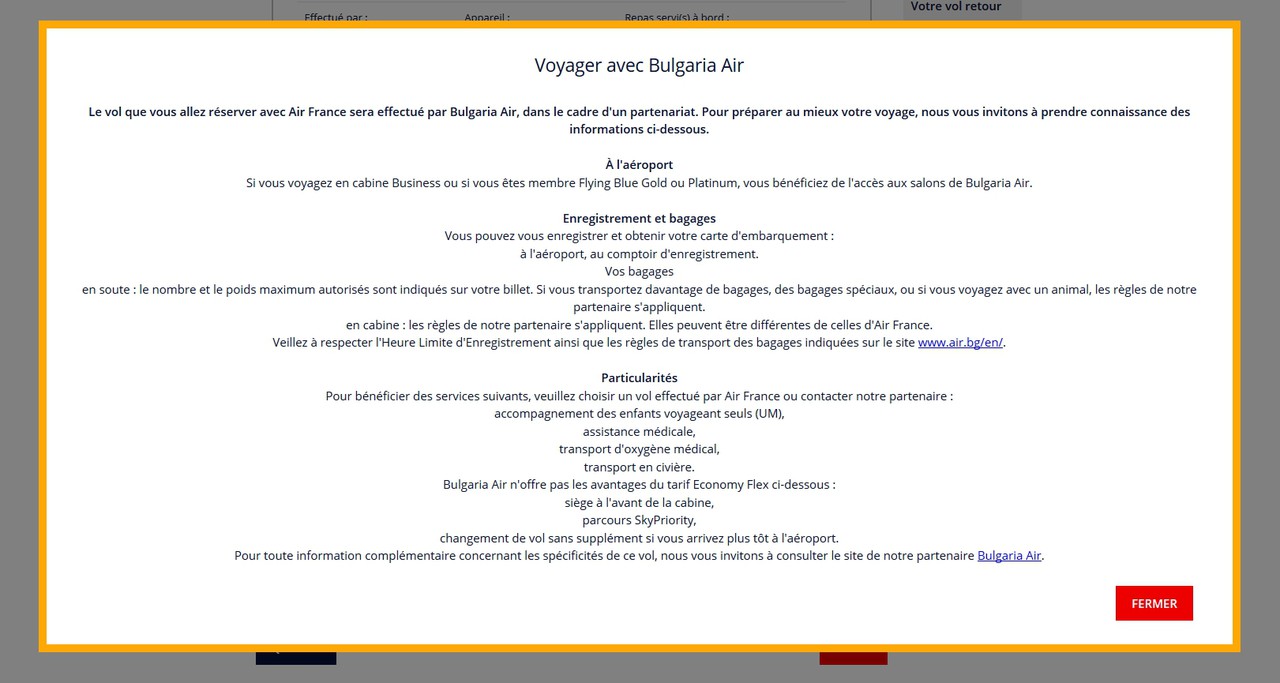 Considering the timing, you will miss the "Bulgaria air" exhibition in Orly (but what a loss for world literature!)… it's not serious because it doesn't exist!

Small appetizer on the peripheral france

I told you that the outward flight will not be postponed… indeed it has no intrinsic interest!

On the other hand, it has an extrinsic interest, the "Headline" of the Telegram (The PQR - regional daily press - was available at the door and, arriving last, we make the leftovers; I was not going to take The Cross or the huma'… at 6 o'clock in the morning!!!!! to read this you have to be lucid and awake, a misunderstanding is so fast happening).

I let you enjoy the hectic life of the French countryside! 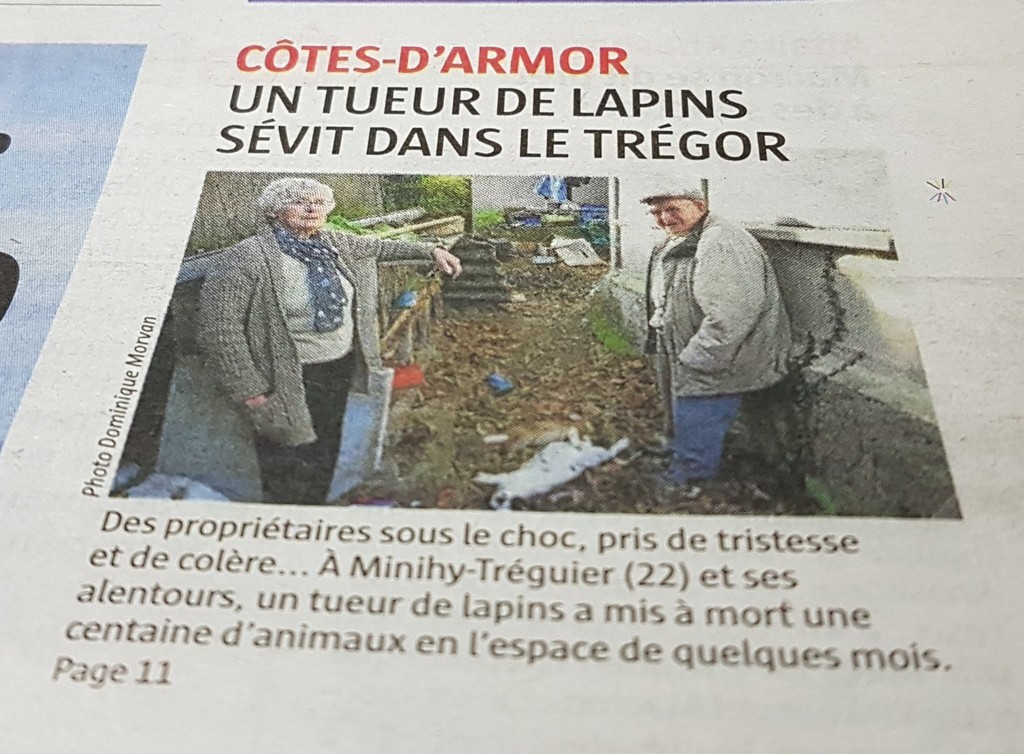 Of course a half-day round trip, it's for work!

I'll spare you the details of my over-caffeinated day!

So an interconnection equipment designed in 1979 for RATP (a lot) and SNCF (a little less) in view of the opening of RER B…
Then a 206 centimetre light automatic vehicle (i. e. the template) designed for the Lille metro and used as a soap box on the cursed line of the Ile-de-France network: the Orlyval… 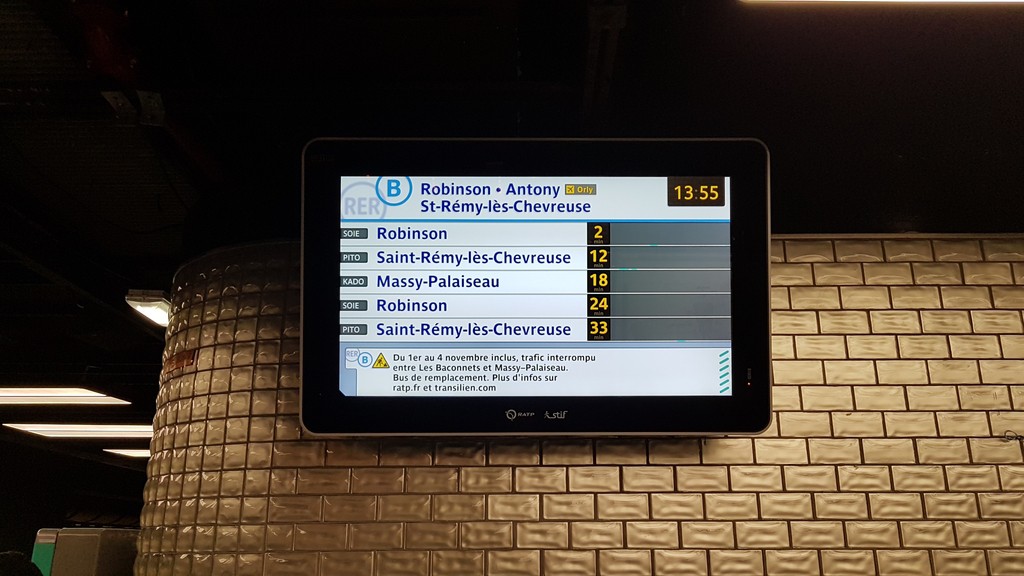 Except that a departure scheduled at 14:07 at best in Châtelet les halles (by experience, in this kind of case where disturbances are present, it is necessary to add 5 minutes minimum because these 5 minutes result from SNCF driving instructions and the famous suburban regulation of Paris-Nord) for a boarding at 14:30…. it is hot because it still takes 36 minutes theoretical if everything fits!

On that day, the service had to be adapted (read lightened in this context).

In short, it will be SILK in 2 minutes to Denfert-Rochereau (the only station at the head of the Paris line in almost original condition: all the others have been demolished and rebuilt) then a taxi!
Well obviously, considering the pre-routing, you suspect that I will arrive (again) late at Orly since I should even do gymnastics by doing roadblock -> door C -> Hall 1 South -> Hall 1 North at the charge step….

To put a small background sound to the boarding gate

text]The following photo timestamp indicates 14:30…. This is the perfect time to check in at 14:35 and board at the same time! 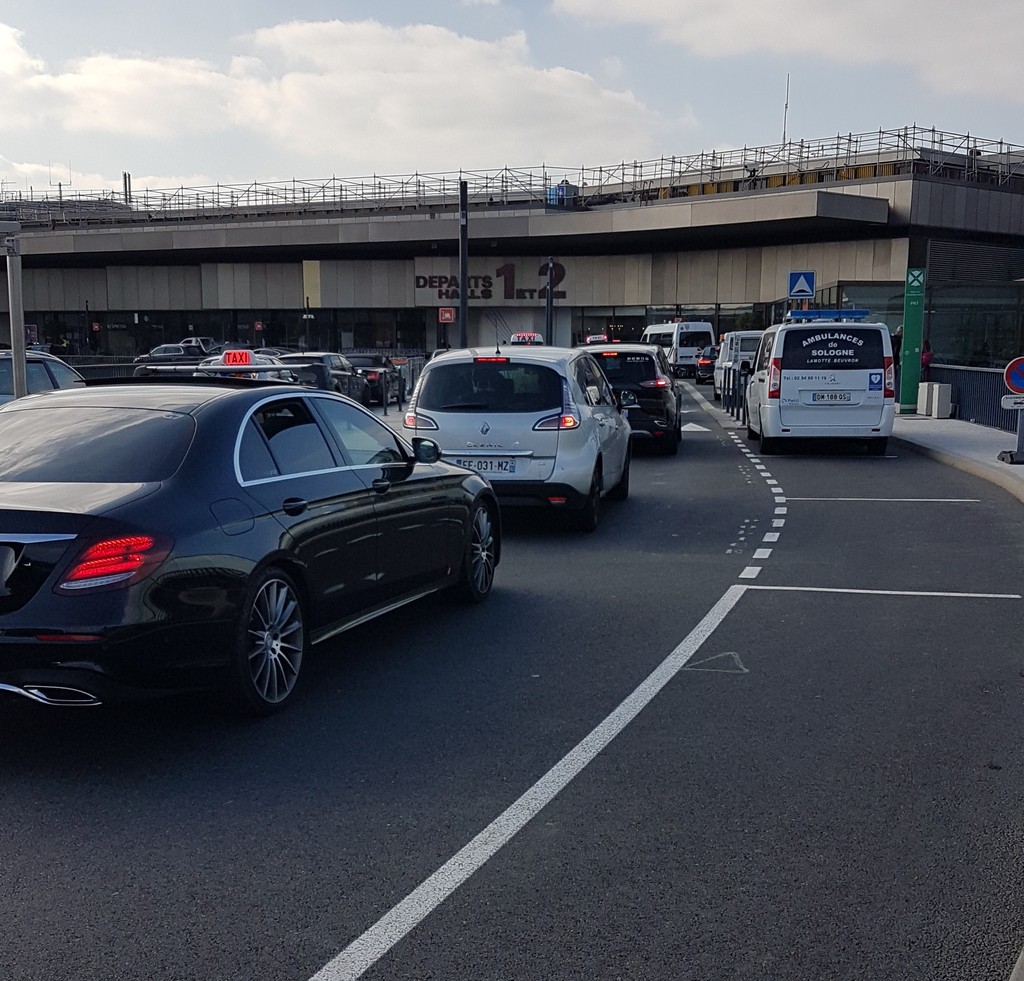 As you know Orly as well as I do, I spare you the registration (done automatically, the placement having been - as it has been since September 1st - modified each time via the platinum line), the PIF and its access n°1 (as usual)… so we find ourselves directly in the transition space between the two parts of Hall1…

For information: in anticipation of the tariff reform of 15 January next year, Air France unilaterally modified certain travel conditions for domestic flights:
- Premium ranks (Default 1 to 7/8 on Airbus single-aisle aircraft) are assigned to passengers in this order: VIP, Club 2000, Subscribers, Full flex. The others normally do not have access by default unless the dedicated AF team is chosen. Only AF staff can assign you to these rows. This now excludes platinum and Gold that previously had access to it online. There you have to contact AF…

- The 2000 clubs (including all French and European parliamentarians) must have privileges at least equivalent to those of Full Flex passengers.

These rules will be reviewed in January but there will be no communication on them. We have to "pull the wool over our eyes" from some insiders. Short automatic registration algorithm has been modified:( :( :( :( :(. 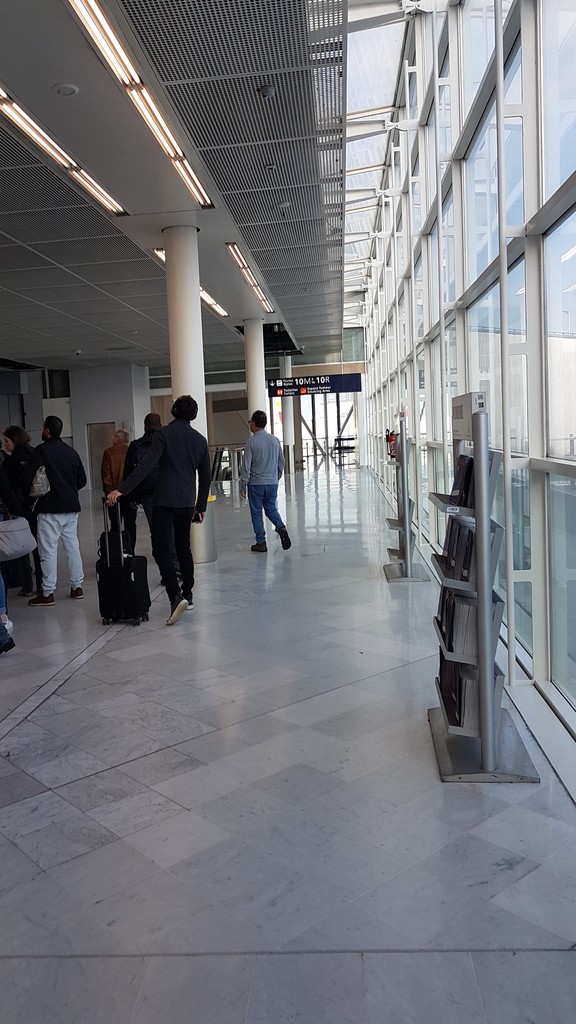 I had already had a passage in the eastern extension of Hall 4 (future junction building), the least we can say is that Aéroport de Paris has discovered the 21st century! So I'm looking forward to it… 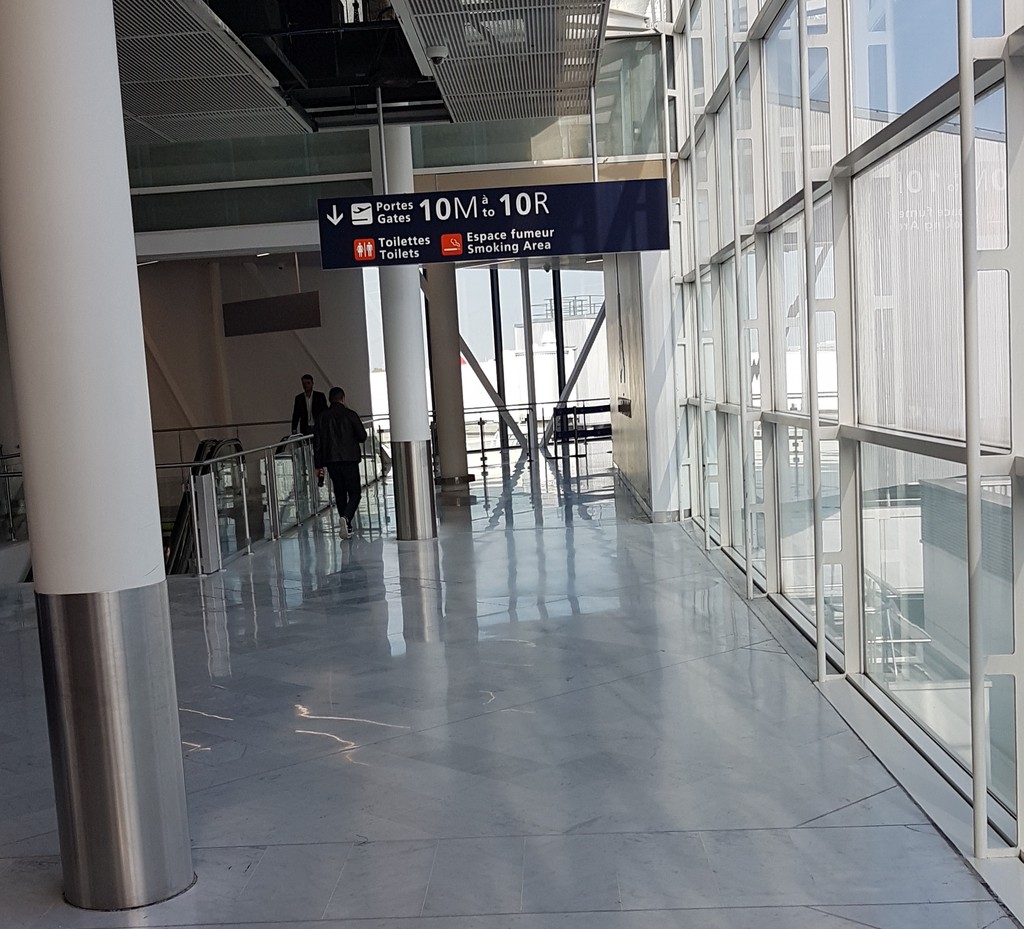 The woua effect: it's for sure that in front of the old main building… all in Gallic concrete / Gaullist triumphant! 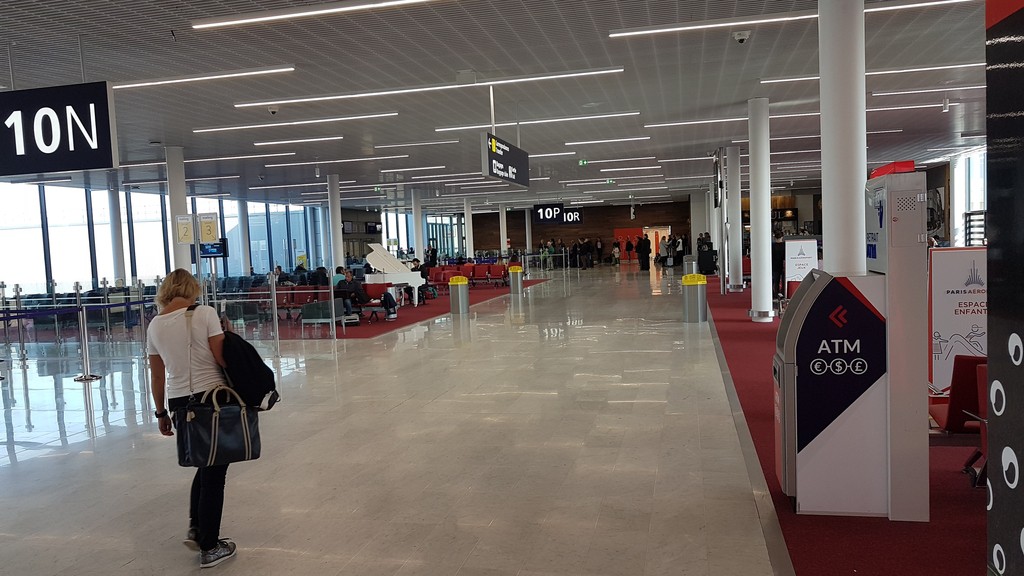 There is a children's corner…. 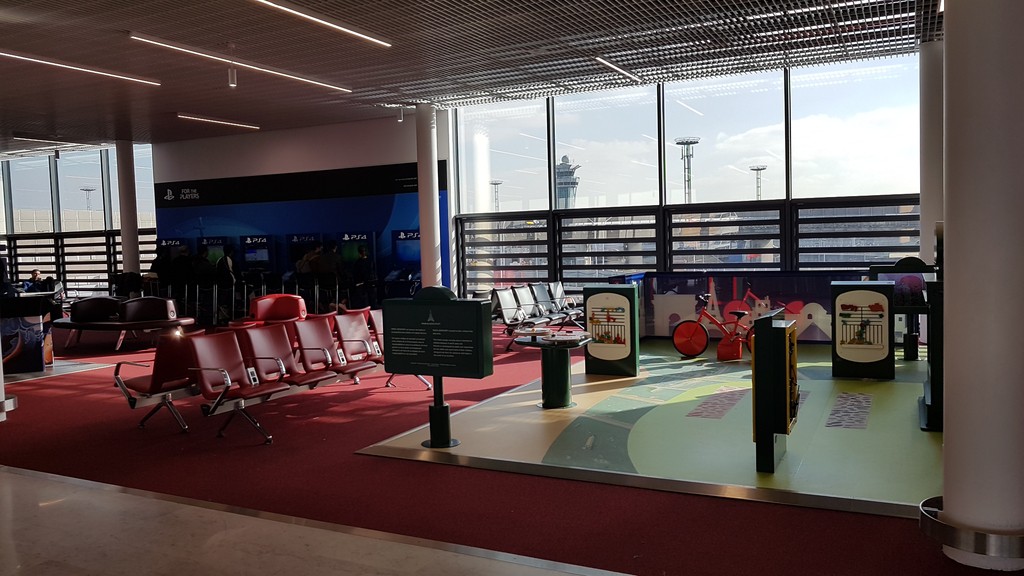 And flute, devil, sacred… I ran for nothing: it's delayed! 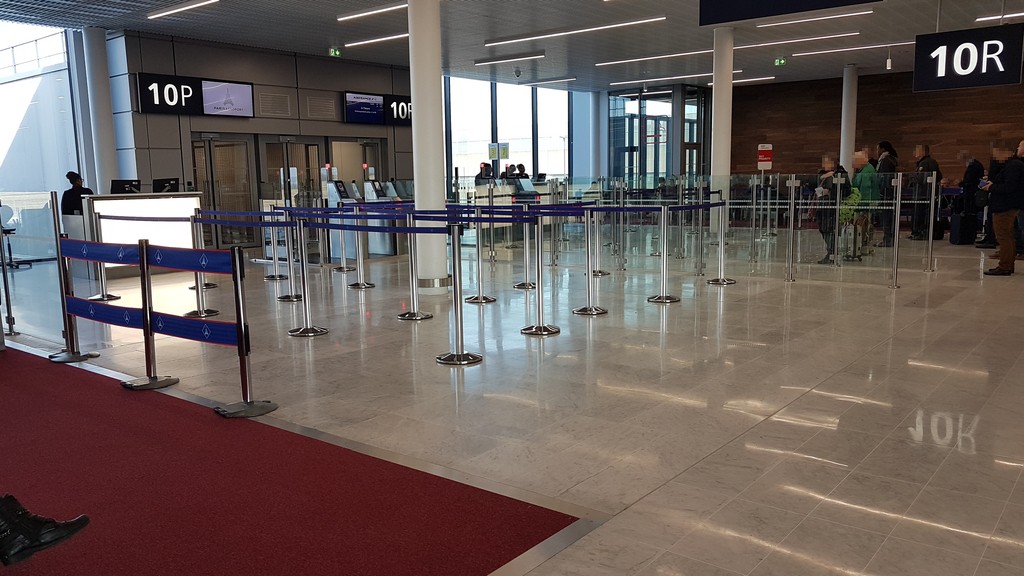 From memory (Alzheimer's all that…), the guy played a lot! 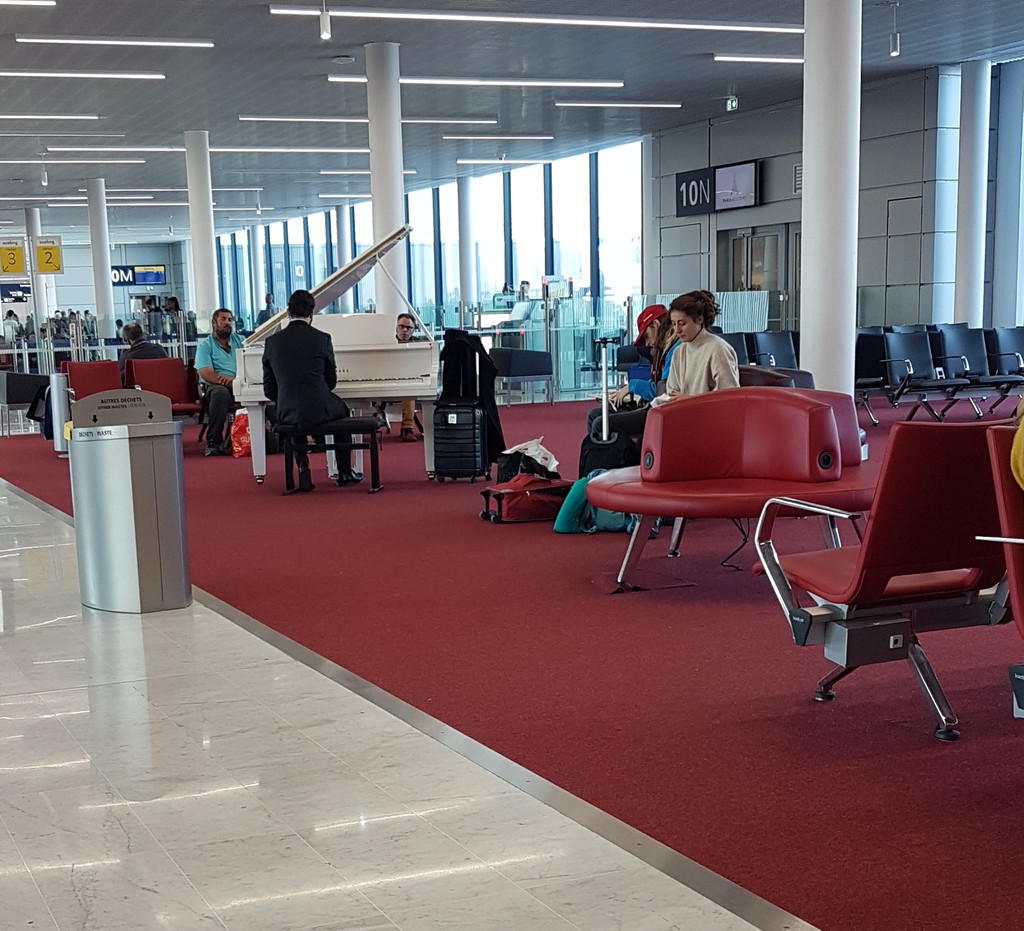 A passage through the technical zone: standardized ADP and clean… but, small detail to which I am now sensitive…. 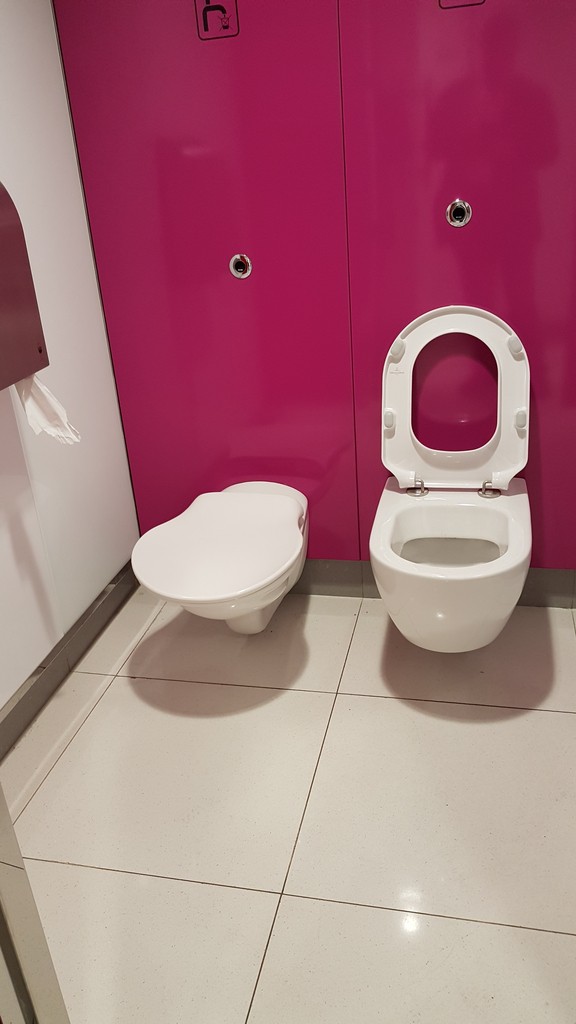 Well that's not all, but since we have to wait until Bulgaria shifts to French time, let's see what's going on in the sector. 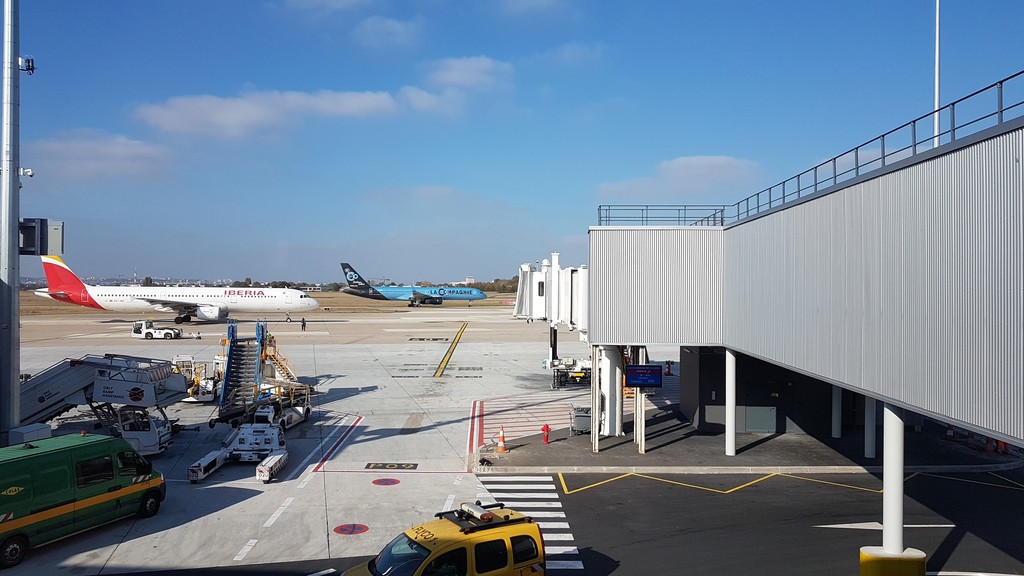 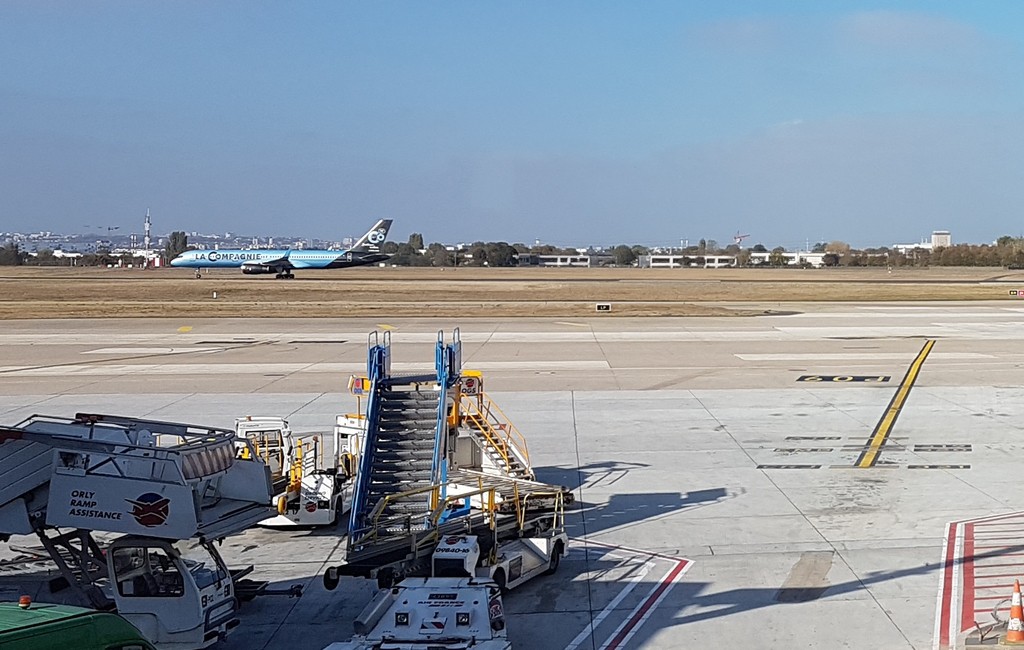 Good when you have to go…

Call of priorities in a disorder specific to Orly (in the local dialect, Skypriority is synonymous with "everyone" because we control nothing)…

The uh lasted 10-15 seconds: it's long. It's the protocol, but sometimes you have to get away from it!

Well, I'm off, eager to discover the rest of the extension.

There too it's a wow effect: they put the whole package on the decoration!
It's not Swedish minimalism, it's Polish industrial! 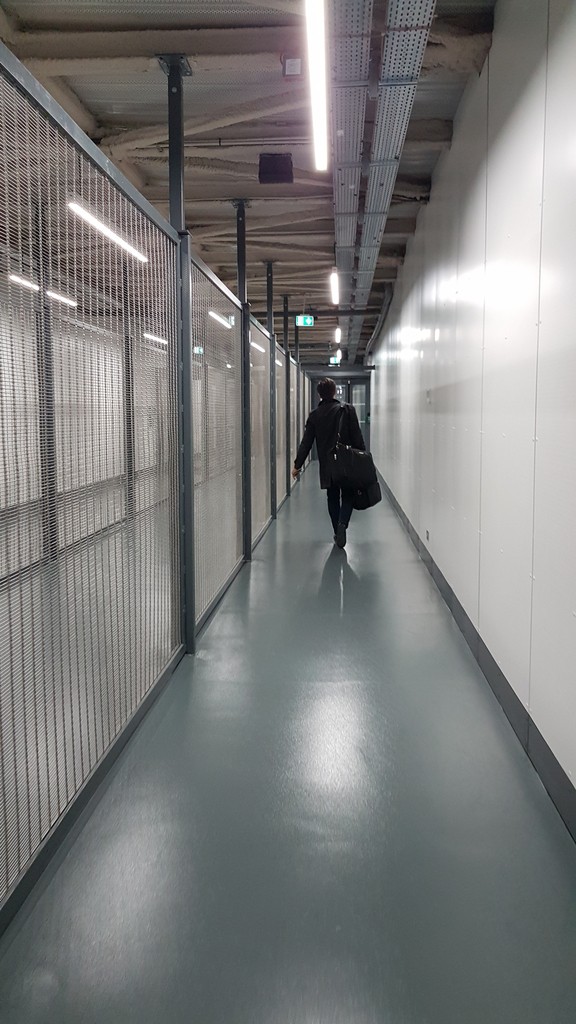 And it's not going to work out! 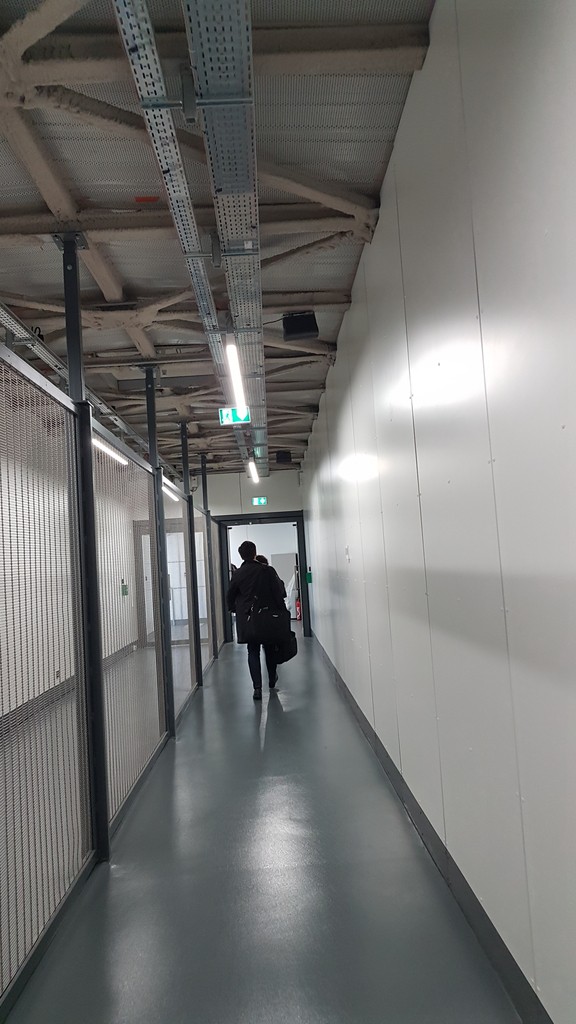 When I think about it, some people pay to visit Al Capone's cell:) 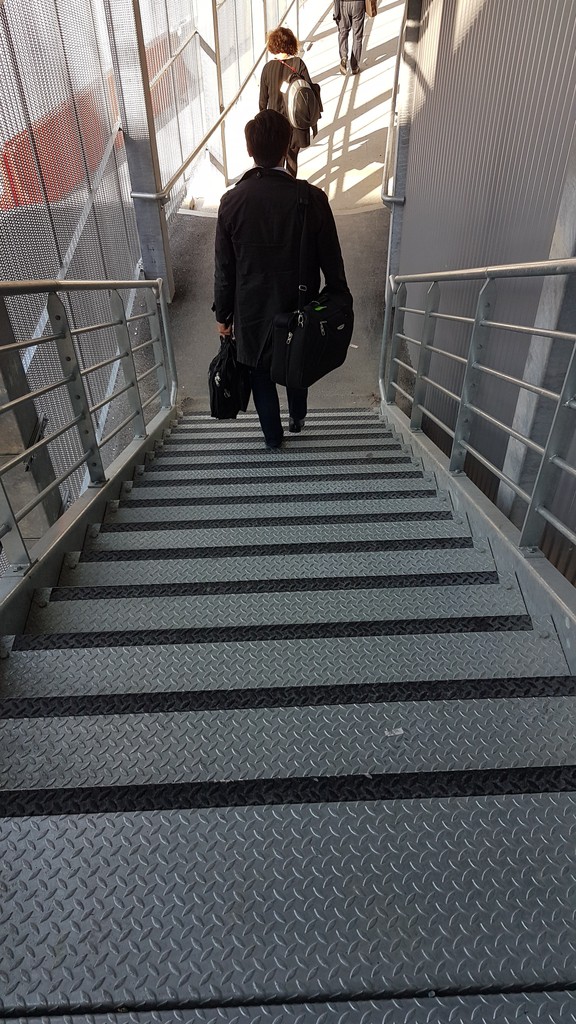 So an extension to several million for fake contact? Paris likes me, I hear.

But why didn't you use the bridge?

It's like Ryanair: if it's not free, I don't take? 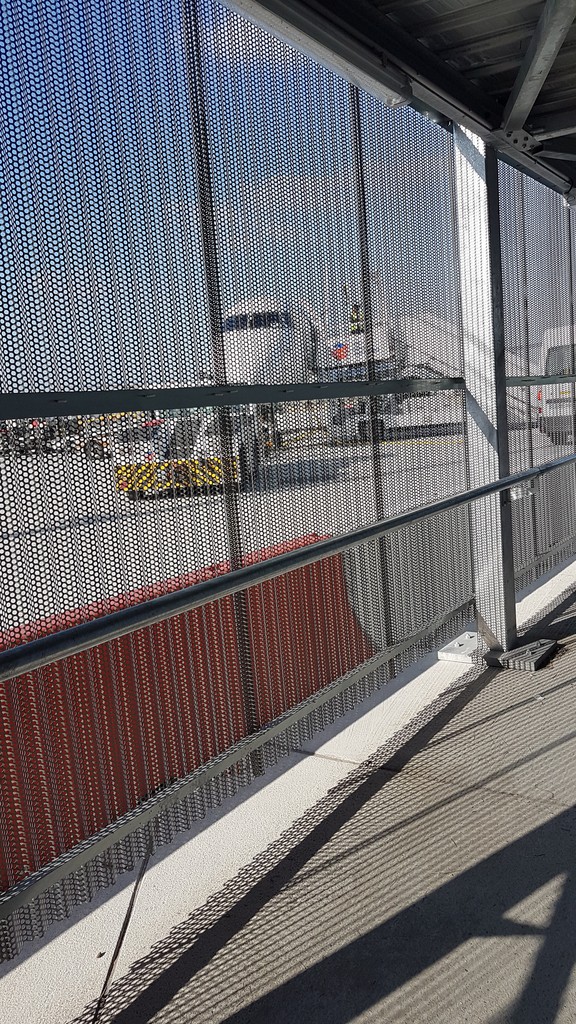 Welcome to Ryanair: Sing sing style symphony (the well-known SSSS boarding passes to the USA) in the air, all as the crow flies from Fleury-Mérogis… 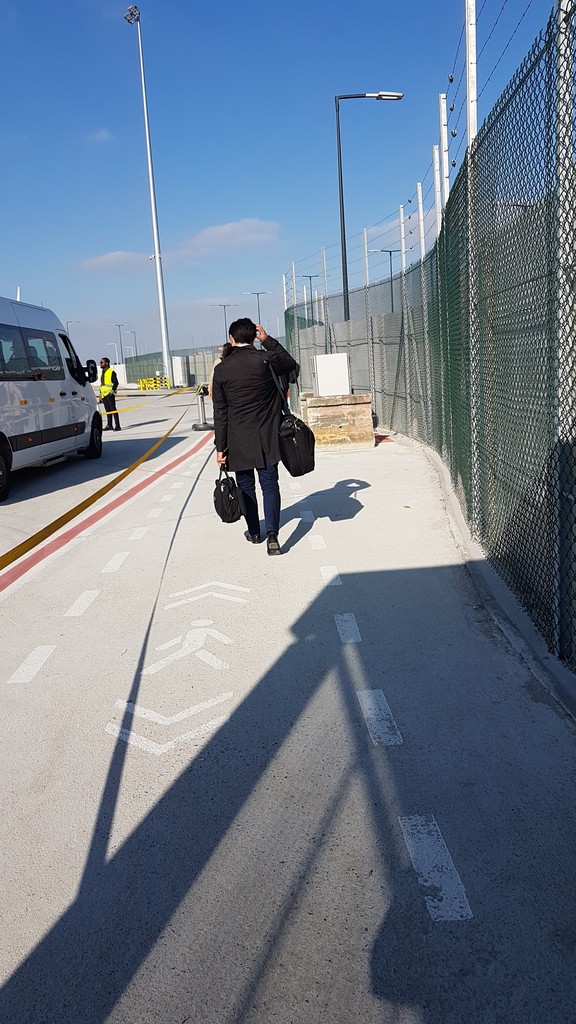 I'm looking forward to the end of the junction building work: Come on, let's try some Midnight Express… 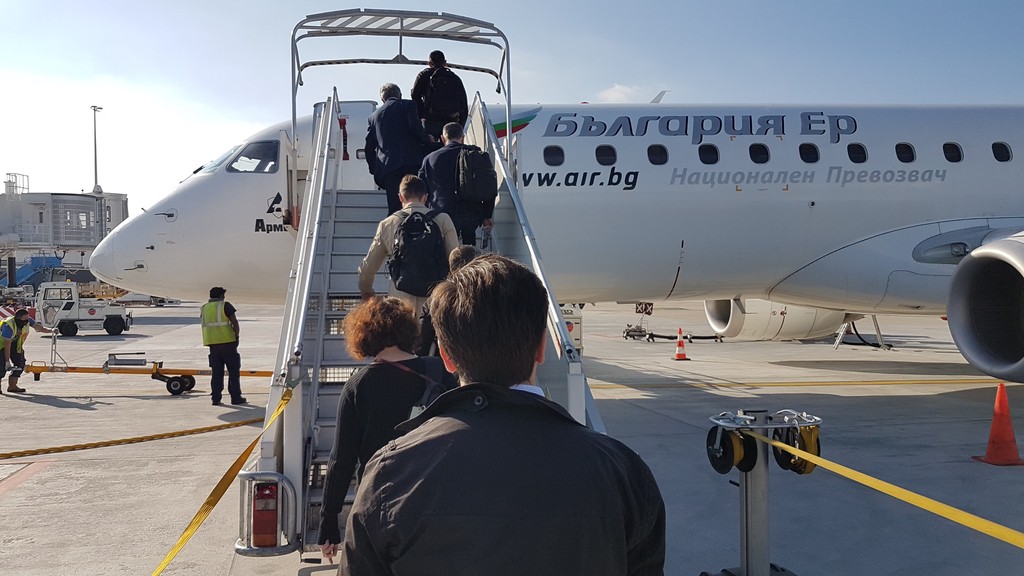 The Mexican army is there; around the passage corridor and at the foot of the footbridge.

We know each other? if we've already kept the Bretons together:) 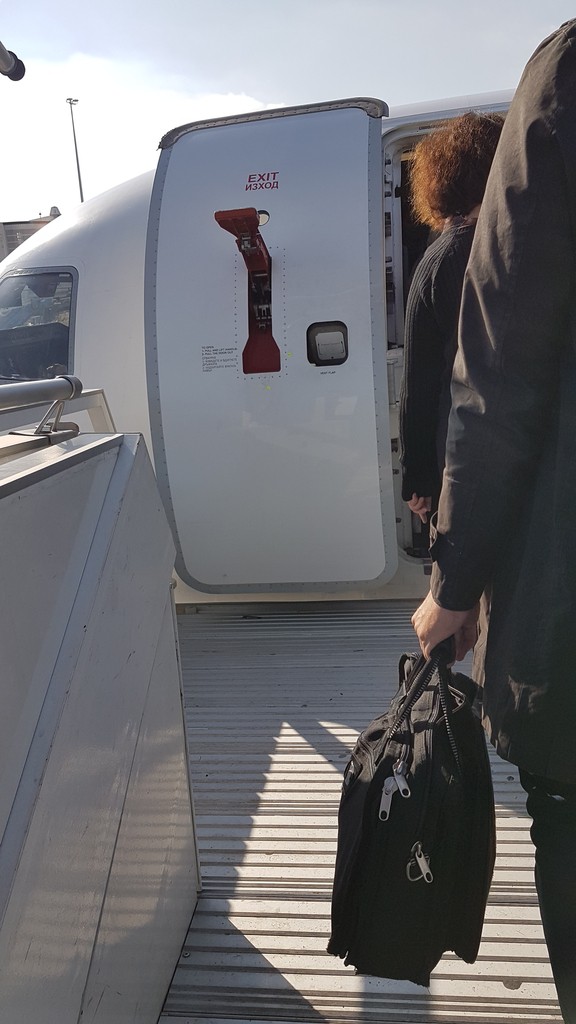 The return of the beast of the carpathians

Here I would make it short: I have a neighbour and my previous FR can serve as a reference point for thehard product.

A hello without accent from Mrs. Cityjet (if she wasn't a native French speaker, she's a gifted linguist) with a lambda smile. A hello from the Bulgarian CC in French (I note the linguistic effort). MyDobar den will give rise to a smile from the CCP and a questioning pout from the FrenchIrish…

That's some pitch!
Reserved for Soviet marshals looking for swallows. This explains the shift of the windows behind. 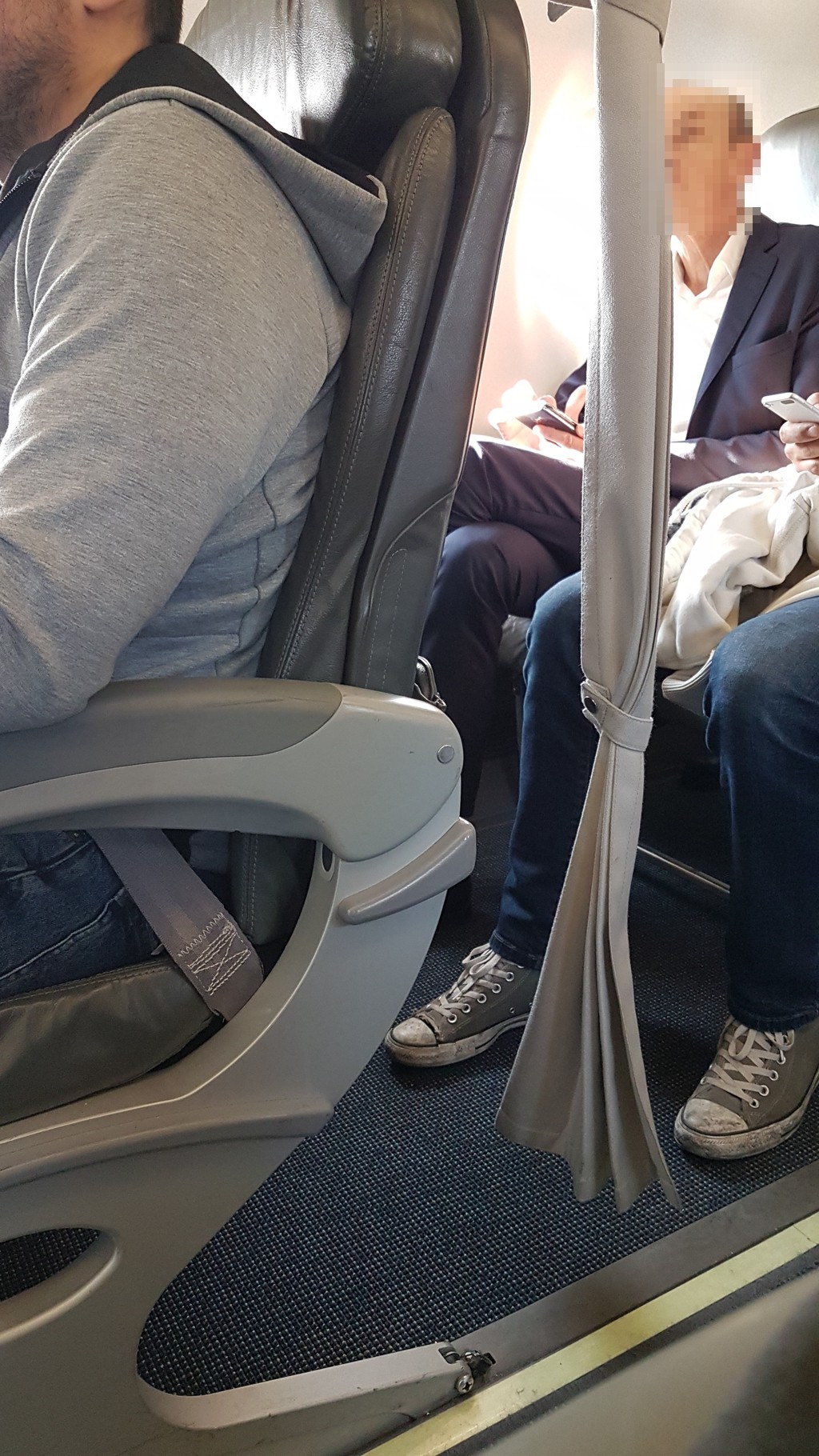 A view of the front galley. Classic layout at Embraer…. 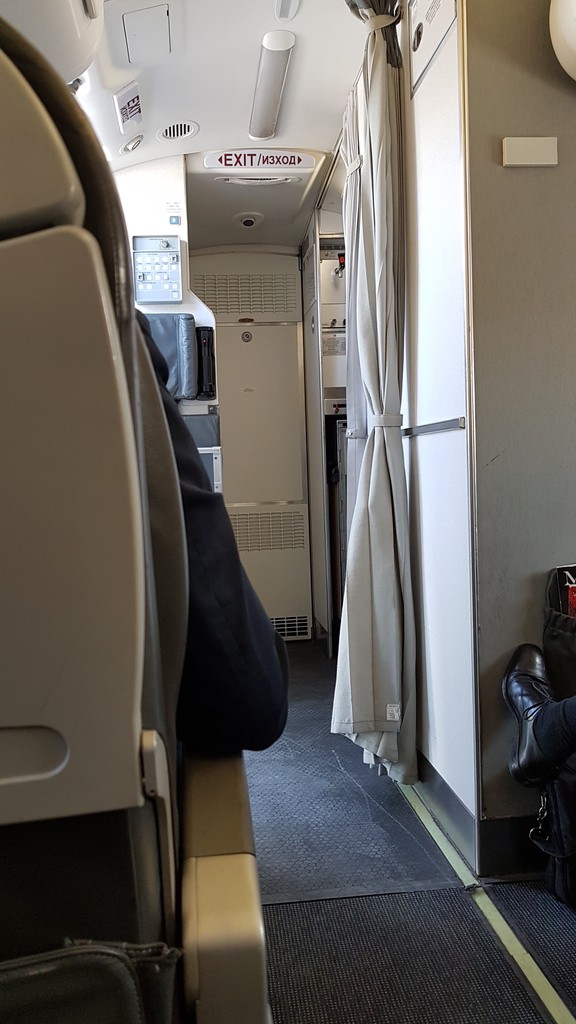 As we will wait on the spot, Bulgarian modesty consists in hiding its ladies.

Probably to avoid us wanting to leave:)

Or more seriously to hide from the pax any discussion between the ground and the edge. 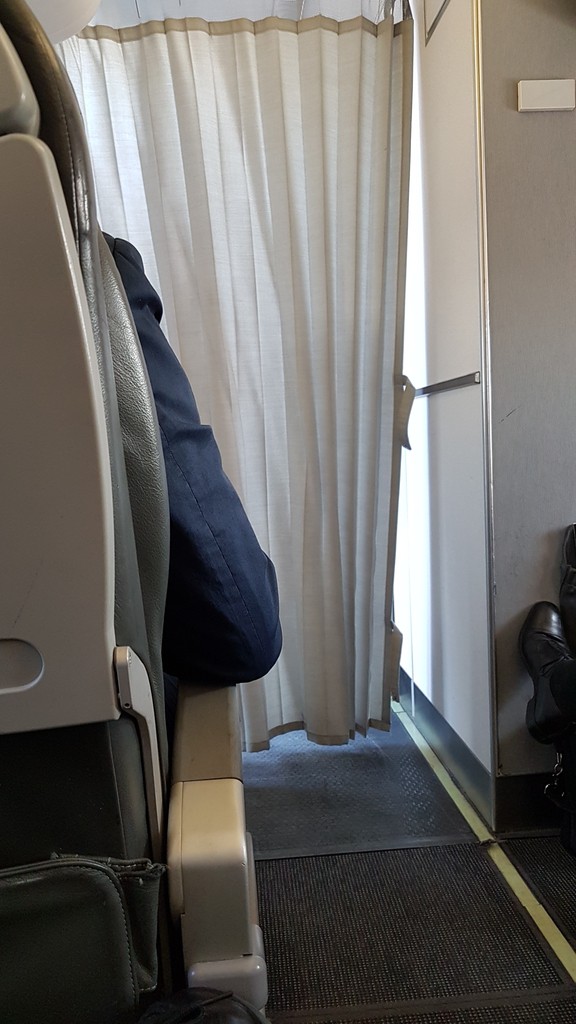 The minute of almost general culture

I know that some people are looking forward to it and, in order to comfort some people about my state of mental health (between desperate and hopeless tells me the medical profession:)), it will beexceptionally with Avgeek connotation !……

b]The minute of general culture…. in phase with the aeronautical atmosphere of the East (attention it is heavy… very very heavy!!!!) As I am (very-too much) kind, I put you the version subtitled in English: o)


Moreover, I very much regret not having put it in connection on the occasion of the previous FR (you know the crazy!)……

text]If a member of the site makes a FR on it… :p

In French, we say Hop, the trip to France by Air France…

As I don't like copying and pasting it, I would only take a few pictures (my neighbour is starting to look at me strangely right now).

I confirm the transition from the glorious Bulgarian magazine to the local fanzine: OK magazine:)

Cleanliness far below my aspirations in this area…. 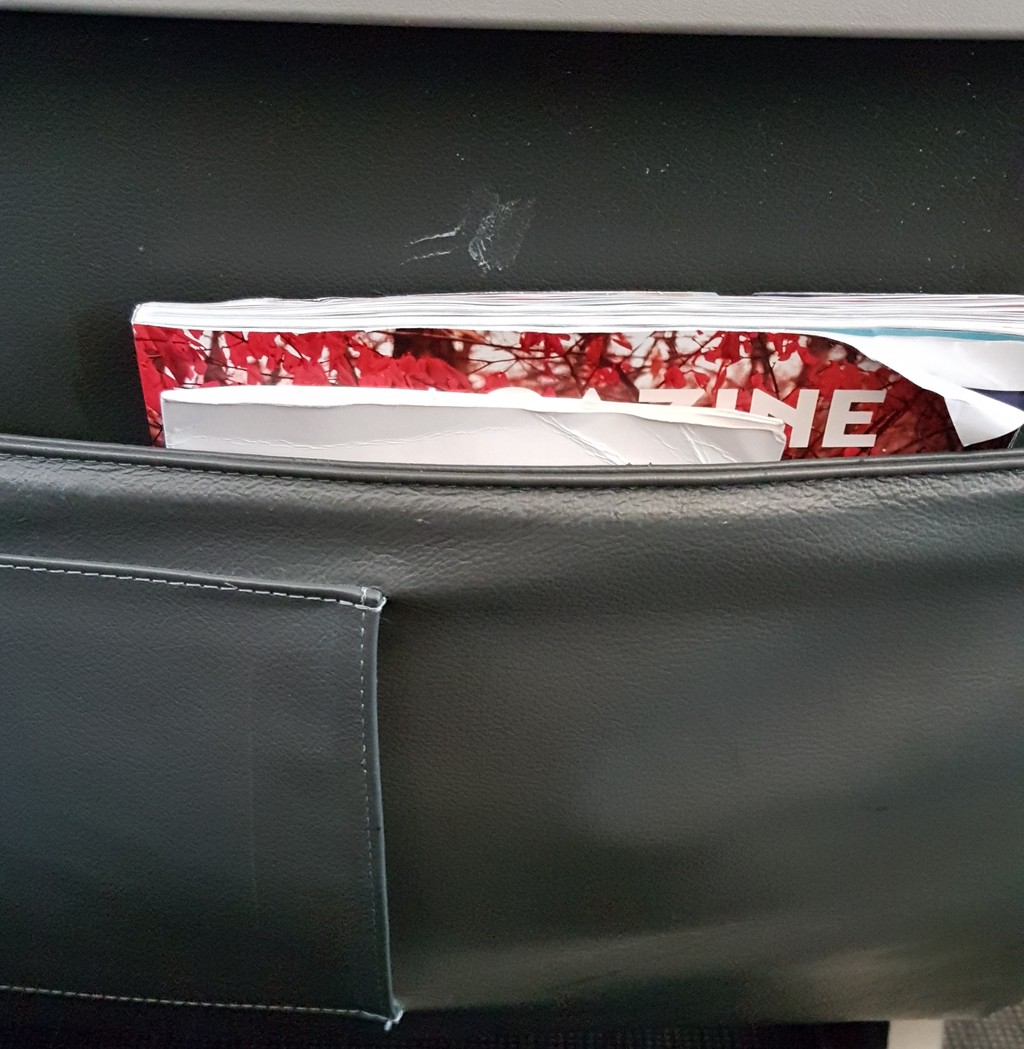 You will notice the absence of any mark or sign whatsoever….

When I think that there are Aeroflot belts in Canada… 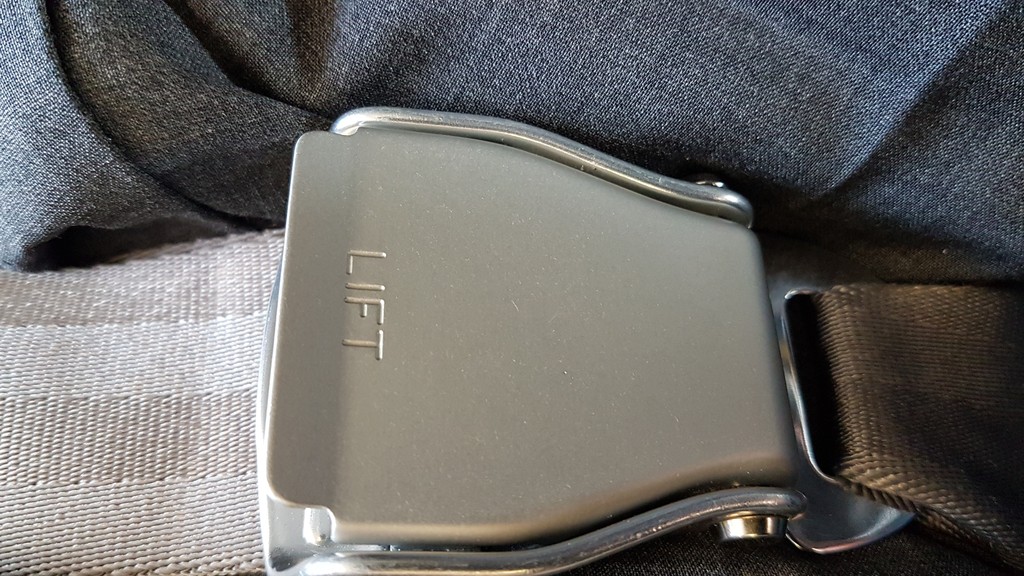 Complex repulsion: the Mexican army is unable to coordinate… and since we are delayed, control should not help.

The CC made all the announcements in English, which were then translated by the Cityjet hostess into French. No problem on this side (it changes from Monica-ole-ole-ole)…. The commander will do an ultra-minimal service in English.

Just a word about the uniforms of Bulgaria Air. I wish I had a clear picture (it's not spun blur, it's very artistic blur, you can blow me into the earpiece). But they remind me of a Soviet Navy uniform ersatz… mixed on air-ready clothes!

The hard shoulder pads being reserved for officers, the CC was Сержант (sergeant), the others Младши сержант (junior sergeant) following a typology directly from the Warsaw Pact… with systematically embroidered ranks! 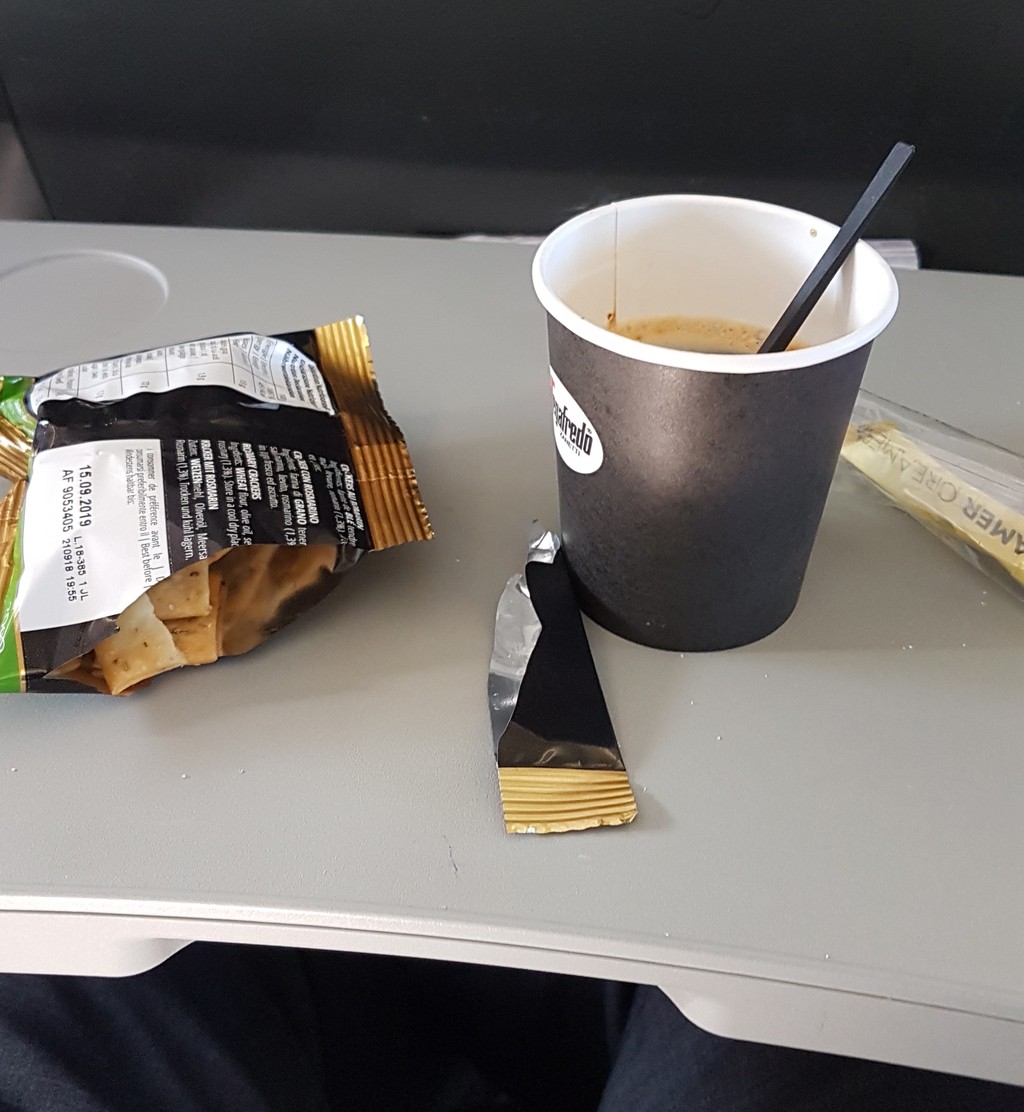 the arrival at the end of the world

Approach to the East (it's definitely a Bulgarian tic or what?). No pictures being in the corridor and pressed for time…..

No artistic blur in the positioning of the device….

The classic circuit awaits us 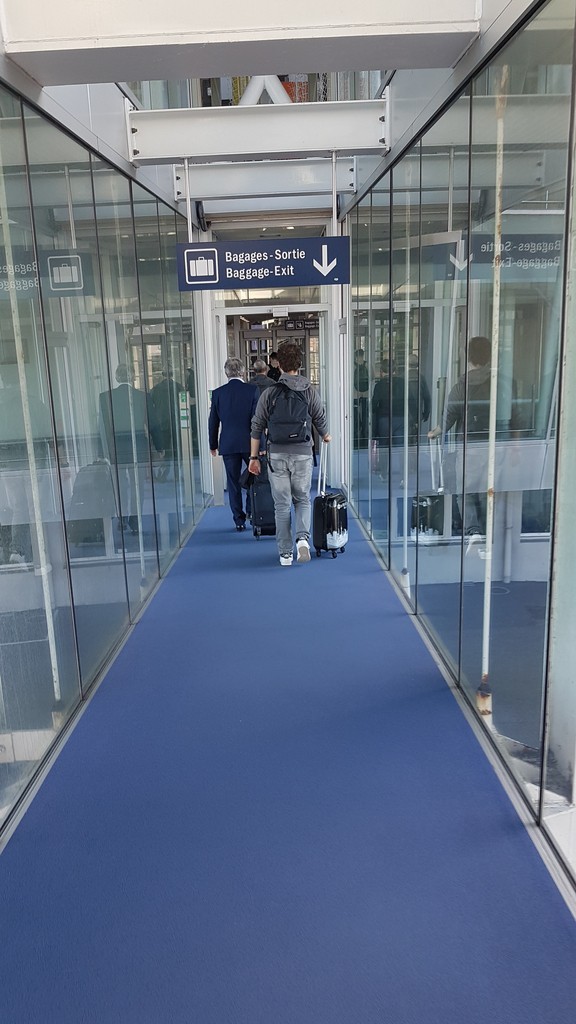 Yes you didn't dream; but it was on a later flight (which doesn't deserve any FR).

I saw the bump on the back of the device: chic I could test thewifi on board :)

Once on board, I activate wifi to test, attract by the call of the air kbauds!

b]First bug: the ads prohibit wifi only Bluetooth can be activated at Air France. We will have to inform theirdigital factory of the existence of Minitel Internet… in a plane equipped with wifi! 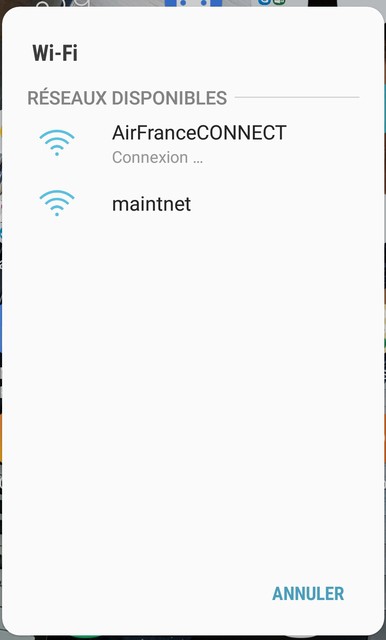 In short, not convincing!

A more classic ACMI flight for AF via A5 and WX....

As much as the seat is 10 notches above the ironing boards, for the rest... and well for the rest I let you guess the bottom of my thoughts and my wrath!

The contributors of Flight-Report published 23 reviews of 4 airlines on the route Paris (ORY) → Brest (BES).

The average flight time is 1 hours and 9 minutes.

He wrote 37 reviews about 5 airlines and 7 airports.