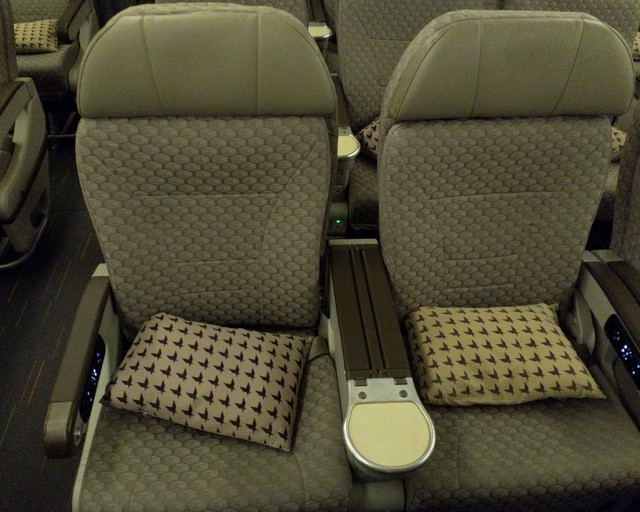 This was our return flight from Vietnam, after having spent the Christmas and New Years there. We flew in to Hanoi on BR397, on the 24th of December and travelled around Vietnam using Vietnam Airlines. The return flight was the equivalent of about $683, with the first leg in business and the return leg in premium economy.

Ho Chi Minh airport isn't what I'd call one of my favourite airports, but it beats just about any airport in China. It's a bit of a mess to find your way around, especially as we arrived from the domestic terminal. There's only what feels like a set of back alley escalators and a couple elevators to get up from the ground floor (which is arrivals) to the upper floor where the check-in counters and the departures is located. Check-in was very fast, helped a bit extra by the fact that I have Star Alliance Gold membership, so we didn't end up having to queue at all. One thing I find frustrating with the EVA staff, as I'm a permanent resident in Taiwan, is that they always start flicking through my passport, looking for a visa or something, rather than asking up front if you have a resident ID. Regardless, check-in was done in a matter of a couple of minutes and we went back outside to have a last Banh Mi, although I would not recommend the kerbside Banh Mi place, it's closer to a Subways than a proper Banh Mi place. Once we finished eating, we proceed through security and immigrations, which didn't take more than 10-15 minutes, as it was a fairly quiet time at the airport.

EVA Air doesn't provide lounge access in Premium Economy, but as noted above, my Star Alliance Gold membership allowed us to access the lounge. All the lounges in the airport, aside from Vietnam Airlines, are third party lounges. The SASCO Rose CIP Lounge is located downstairs from the main part of the airport, with view over some of the gates. For a third party lounge it wasn't terrible, but it wasn't exactly exciting either. There was a decent spread of local food, with some peculiar western options as well. If you're the kind of person that wants something a bit stronger to drink, this is most likely not the lounge for you, as they had a very small selection of alcohol, although there was plenty of local beer and a wide range of soft drinks and juices on offer. There's also fresh fruit and a small selection of desserts, with the flan being much better than it looked. One thing I should mention is that the lounge Wi-Fi is very good, with download speeds of up to 100Mbps. We spent about 45 minutes in the lounge before the plane was ready to board. 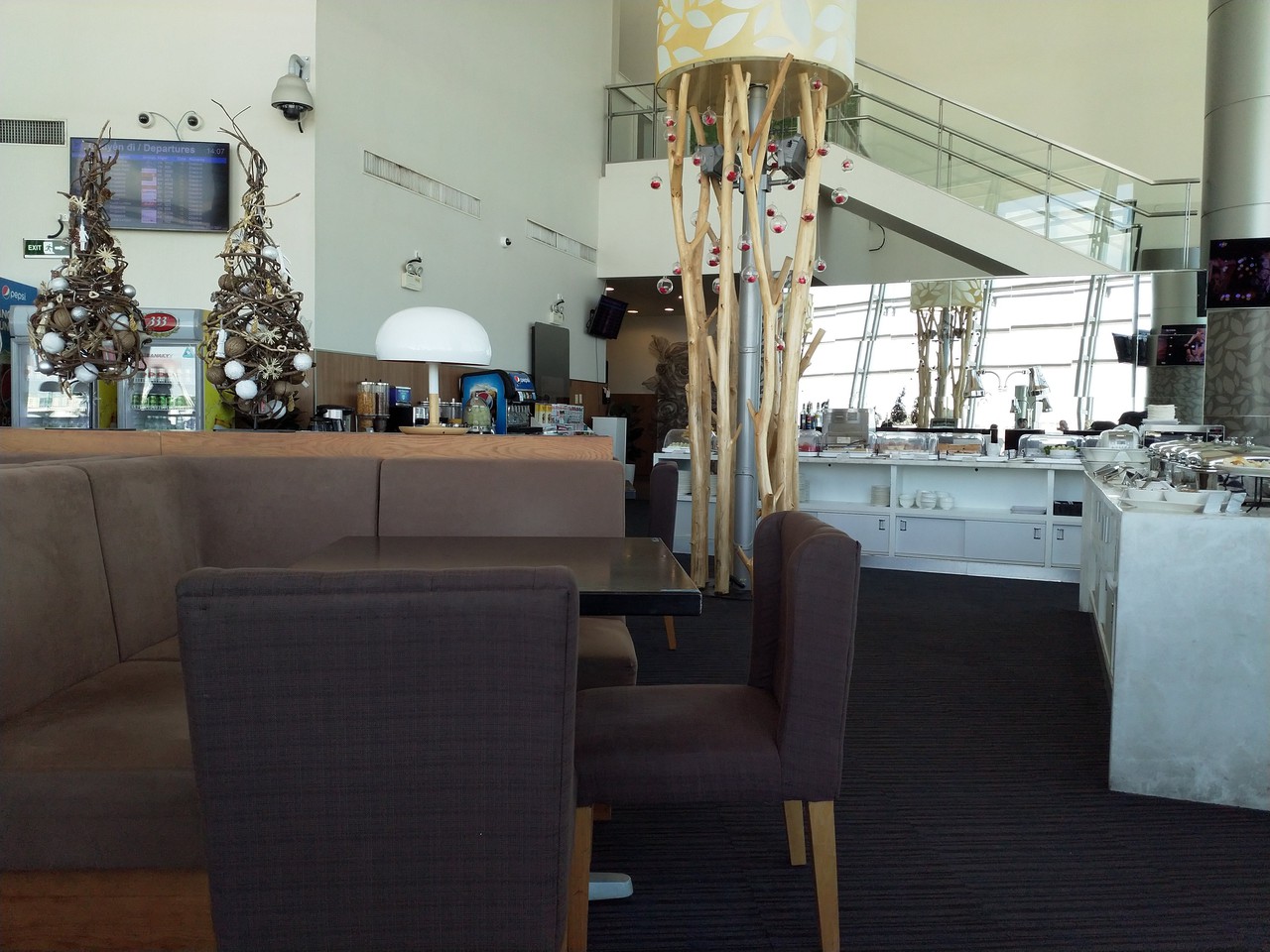 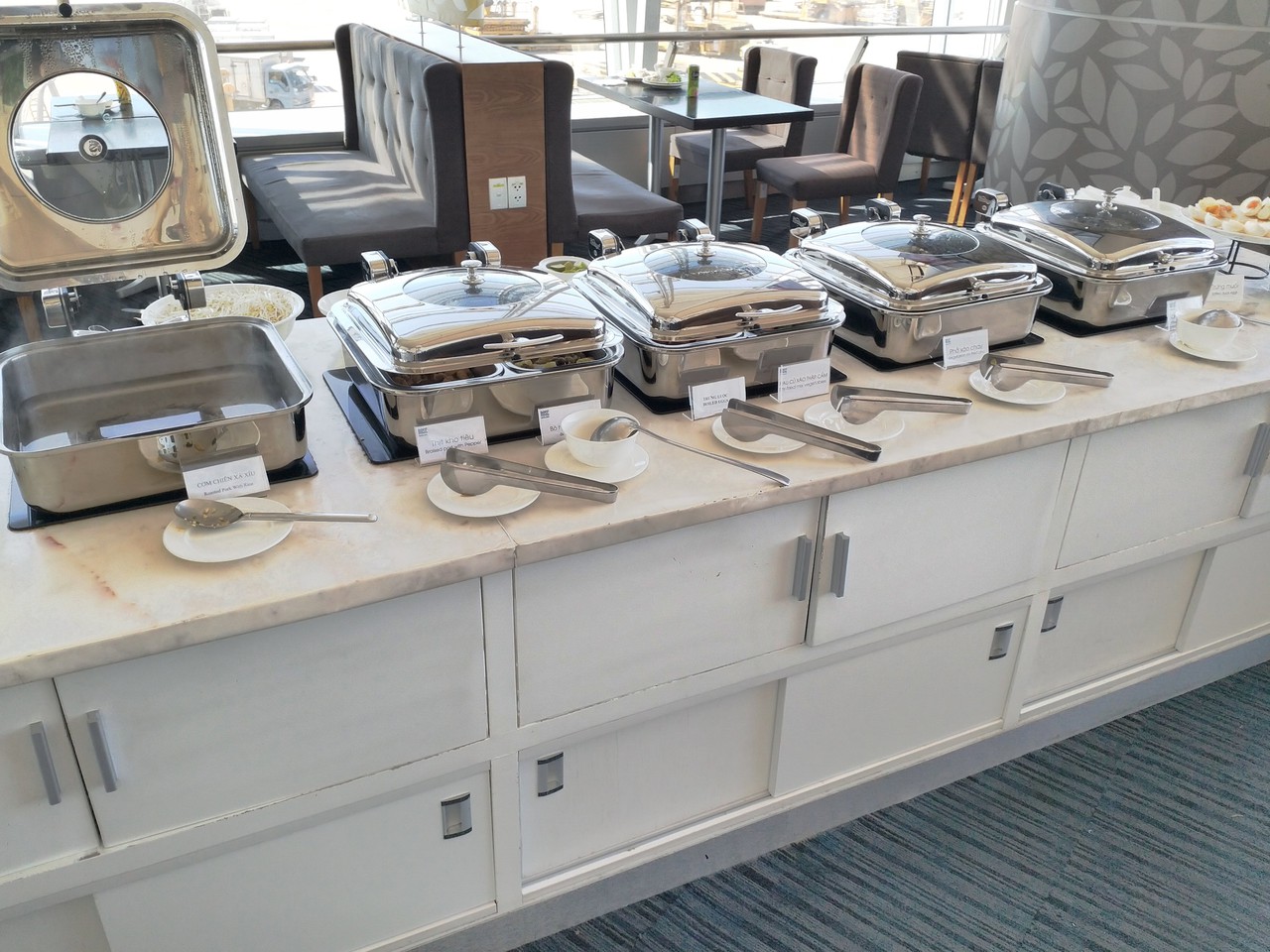 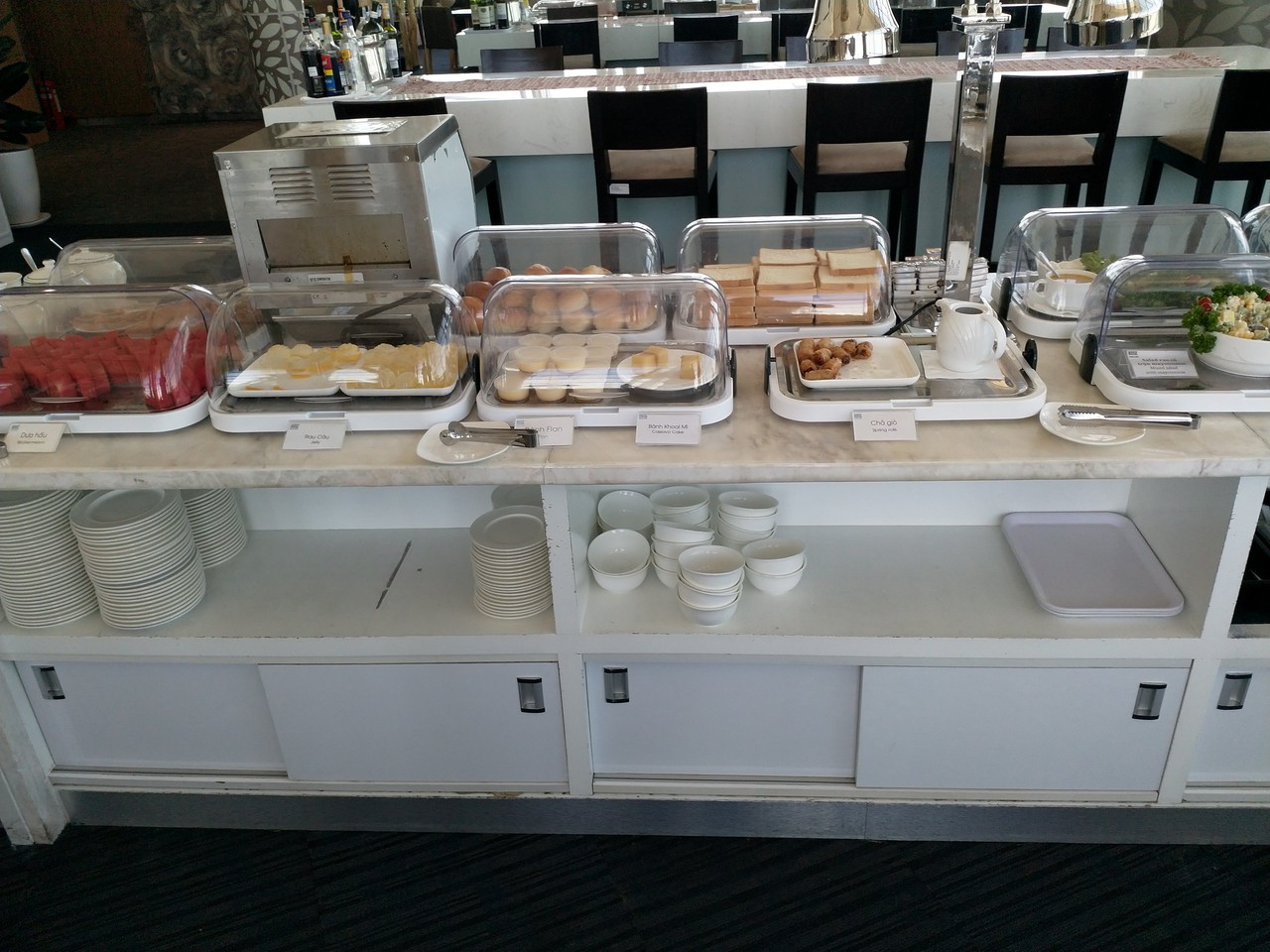 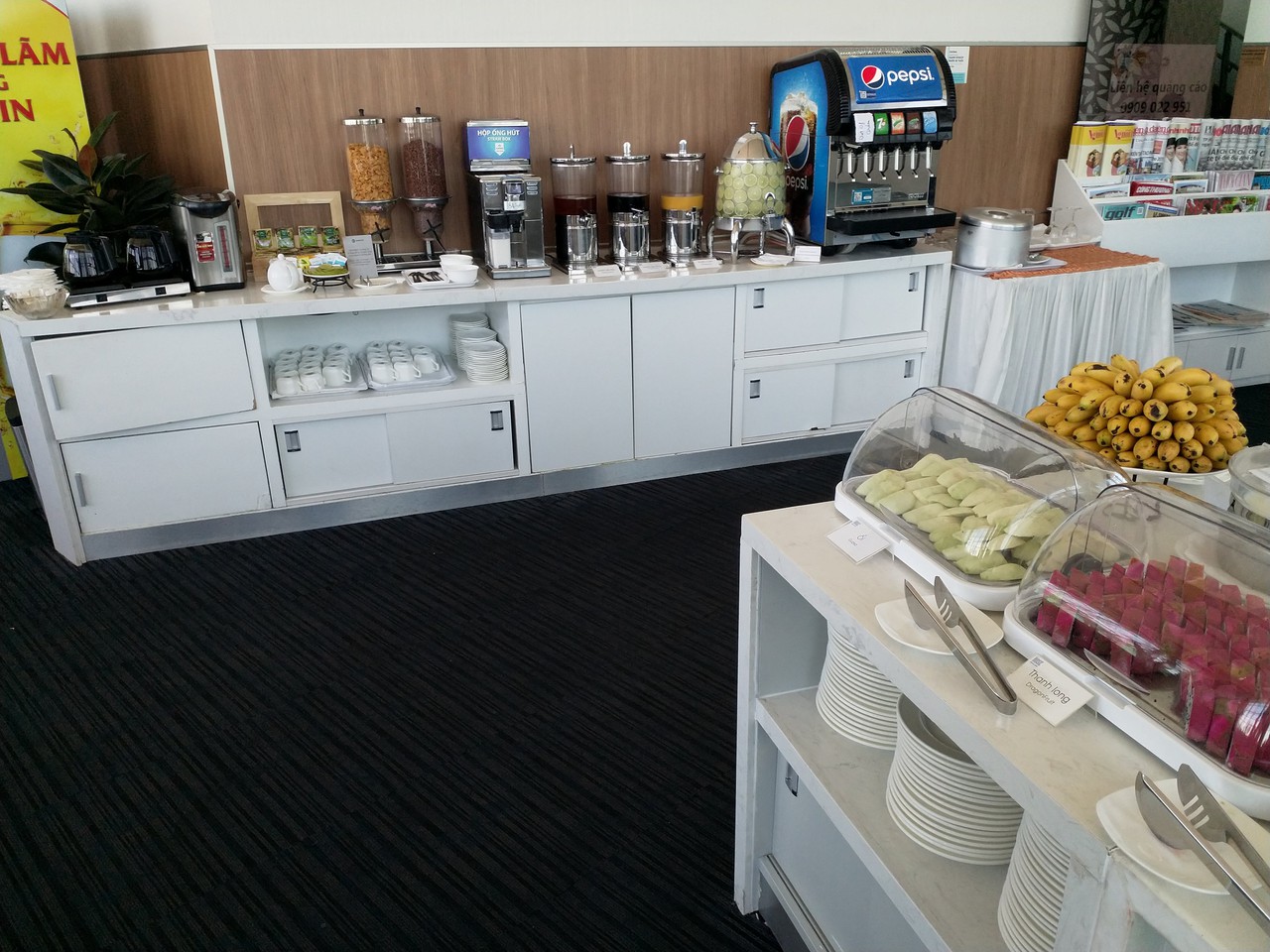 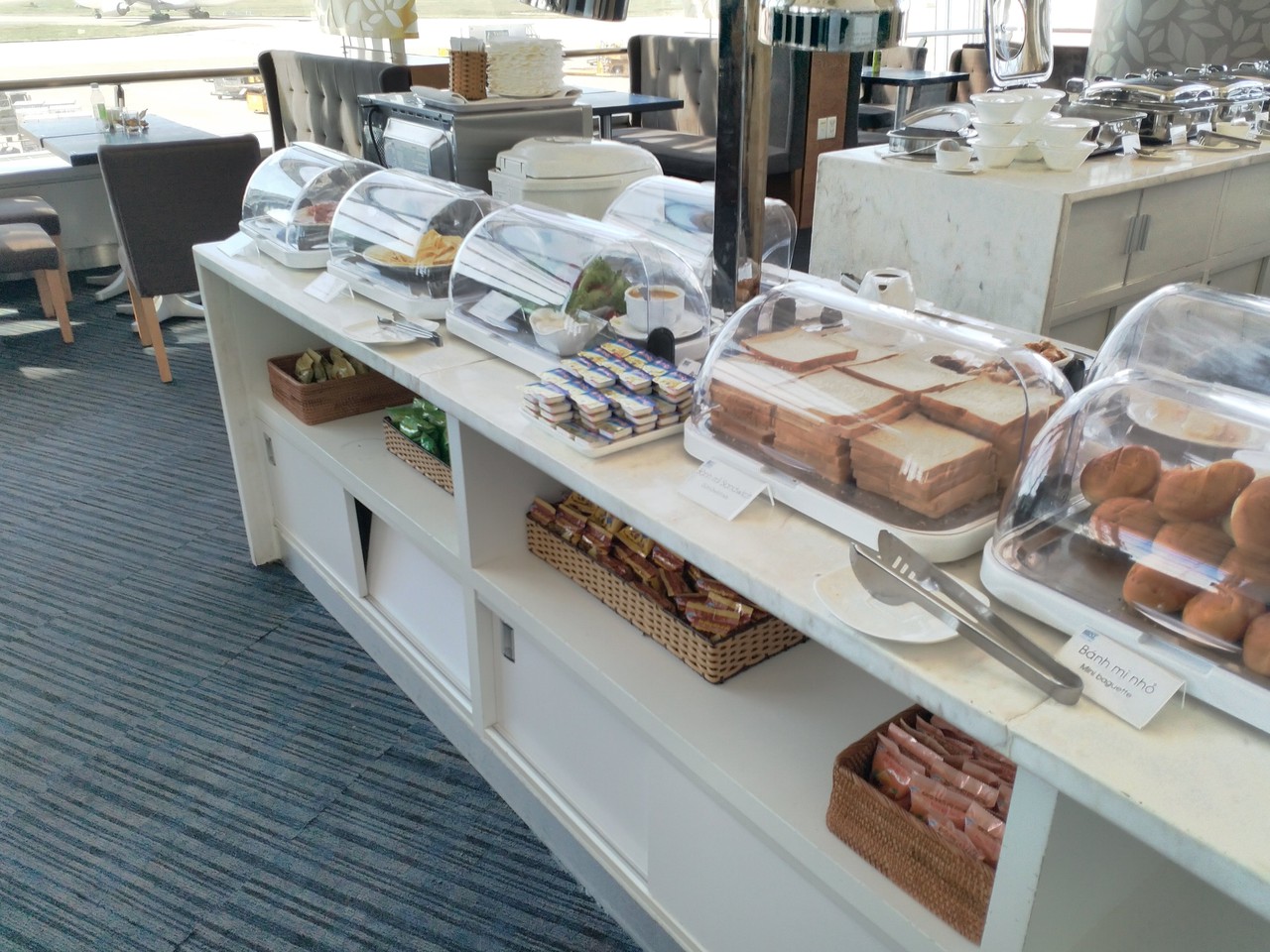 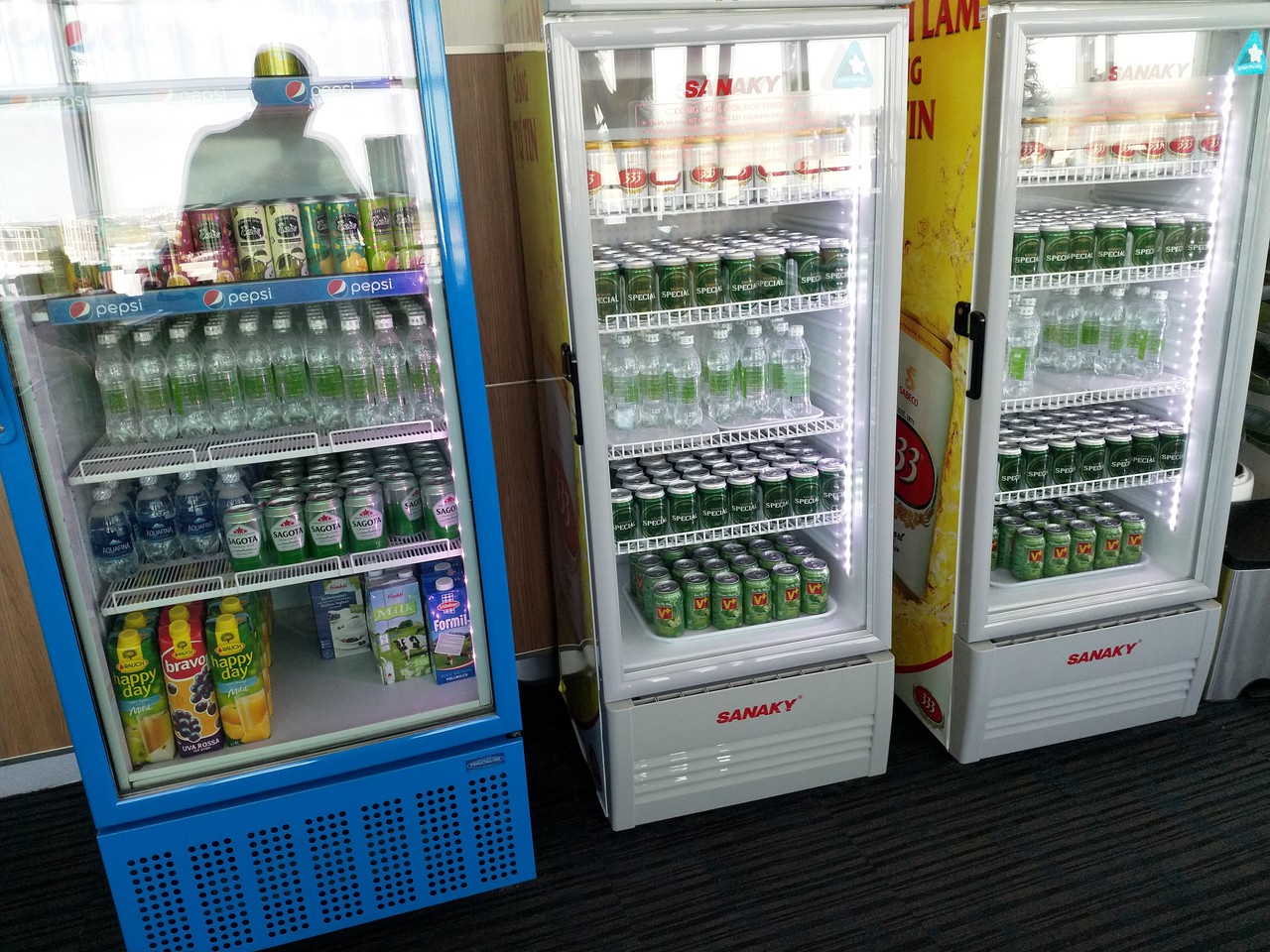 It's been a while since I've flown EVA Air premium economy and it seems we ended up in a slightly older plane, judging by the seats. The honeycomb like pattern makes the seats look rather dated. EVA seems to be refurbishing some of their planes, as I've seen more updated seats in other flight reports here. EVA's 777-300ER's is the mainstay of their fleet, although I was surprised that they used them for what is a rather short flight, as I've flown their A330/A321 to/from destinations like Bali and Kuala Lumpur, which are much longer flights. The seats are still reasonably comfortable and feel roomier than the brand new premium economy seats that American Airlines and United have equipped their fleets with. There's sadly no calf rest, just a foot rest, which I never get along with, as it seems to always be in the way, or you hit your legs on it when stretching out. EVA's in-flight entertainment system is pretty good and they offer a wide range of fairly new content to watch. This is better enjoyed on longer flights than this though. The premium economy cabin on our flight was less than half ful, which wasn't really surprising. 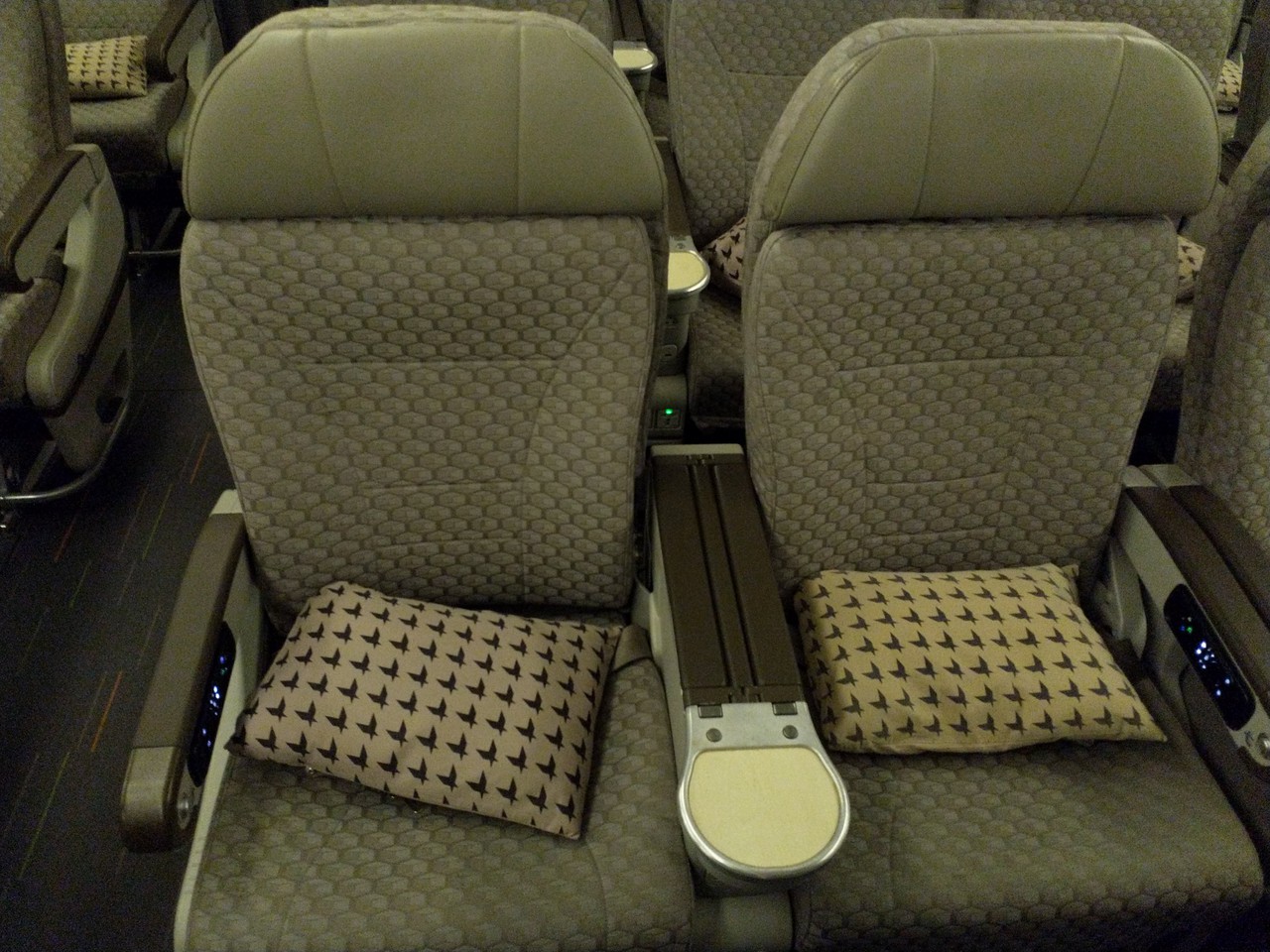 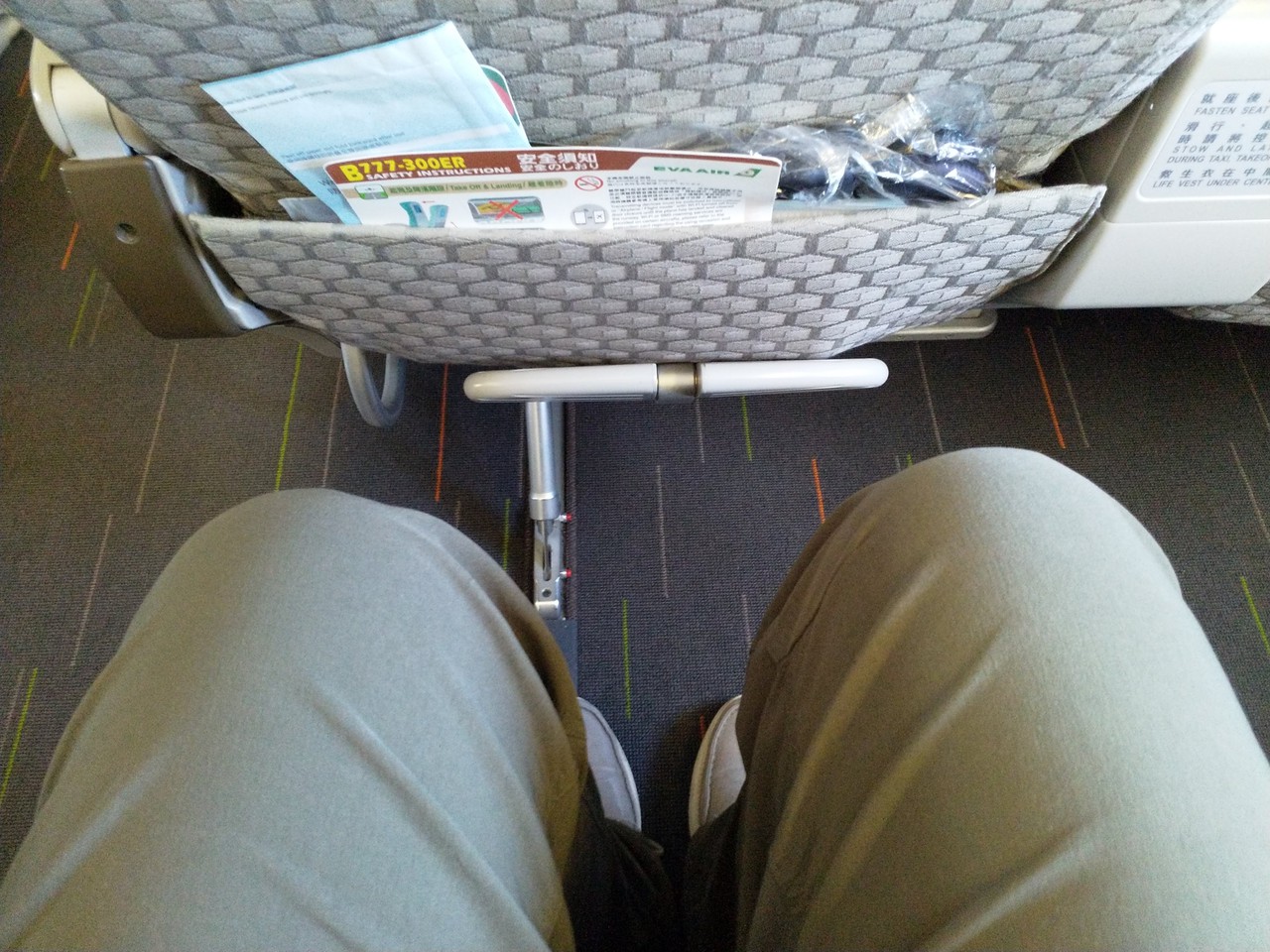 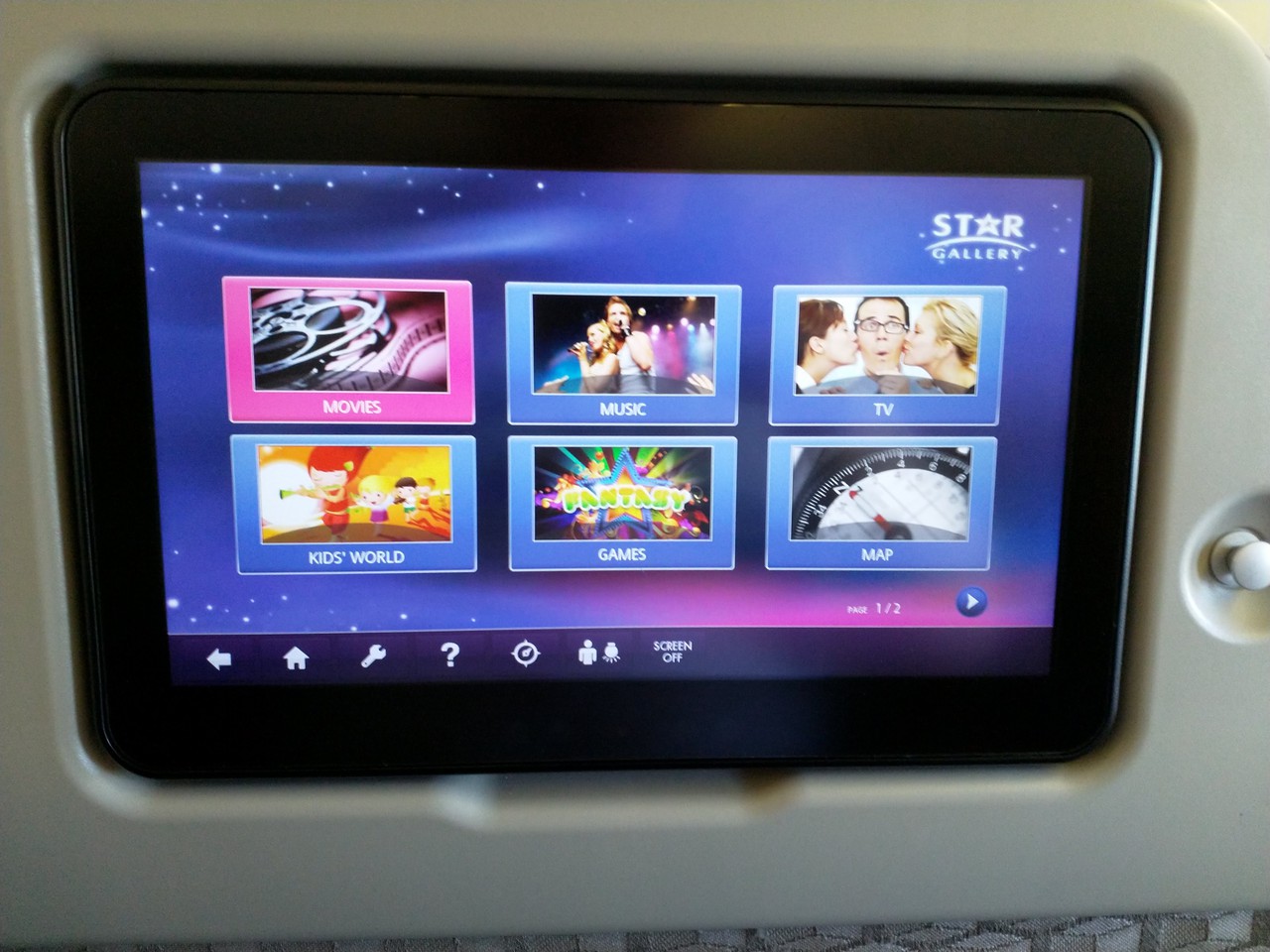 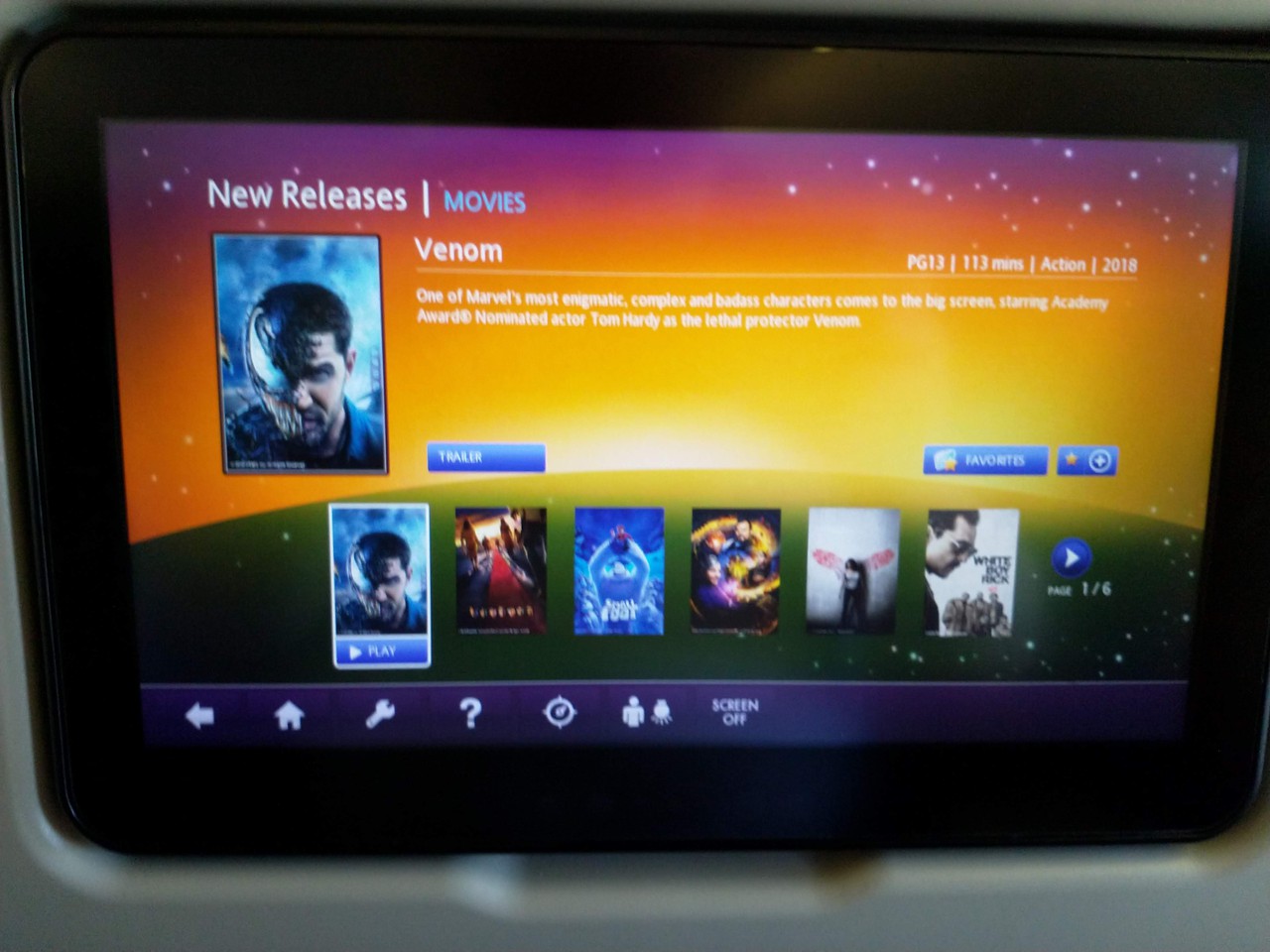 EVA's meal service then to be pretty decent, vastly better than most US carriers in my opinion and beating many European carriers as well, although I've had better meals on other Asian and Middle Eastern airlines. I had the stewed beef with lemongrass and rice and it was quite tasty. The cooked winter melon isn't really my thing though (the green stuff to the right).  The cold starter wasn't great and the dessert was forgettable. Luckily the fruit was a lot better than the dessert, as is usually the case with Asian airlines. EVA offers a wide range of drinks, even on a short flight like this and they make many American and European airlines look stingy in comparison. 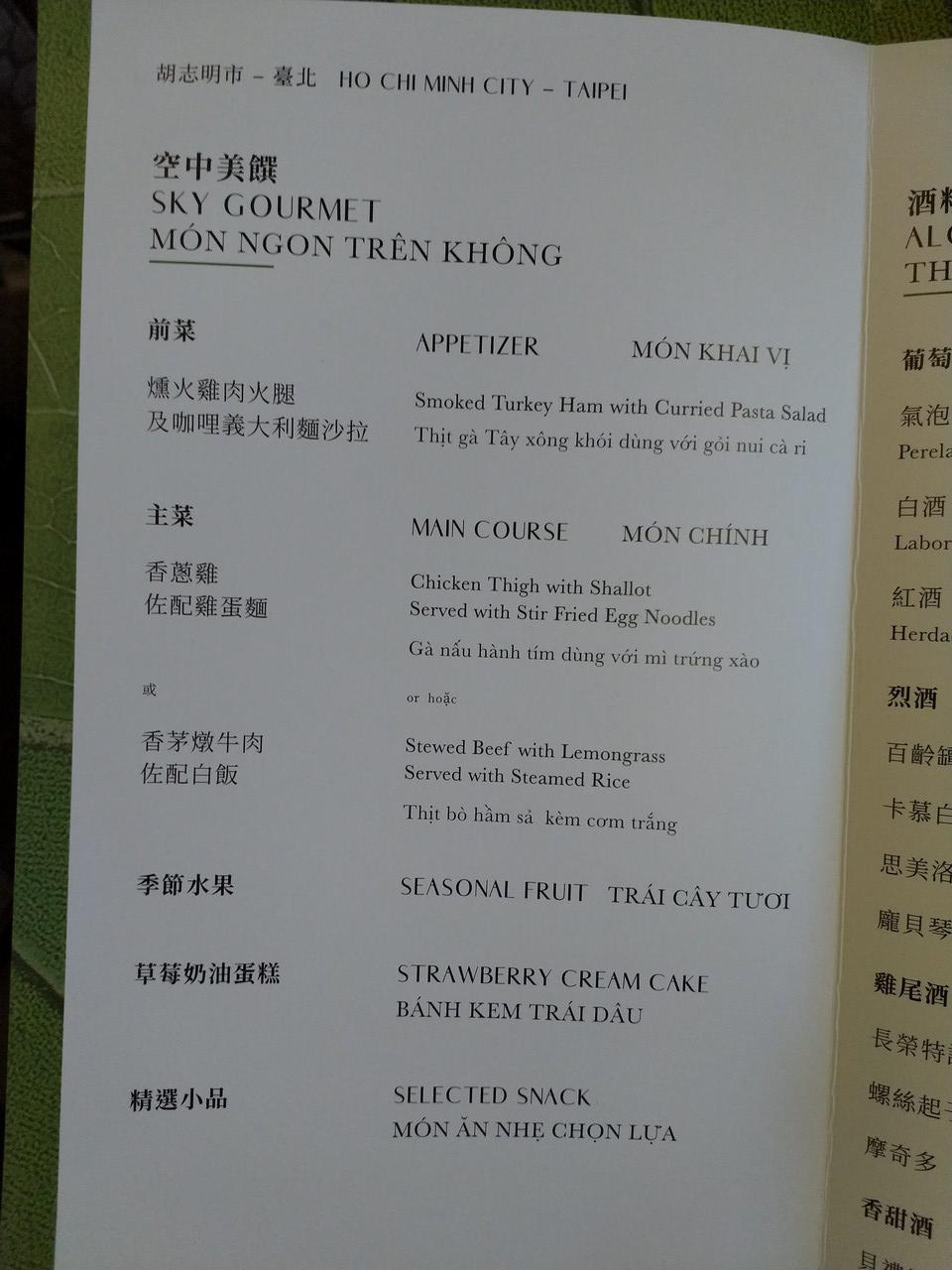 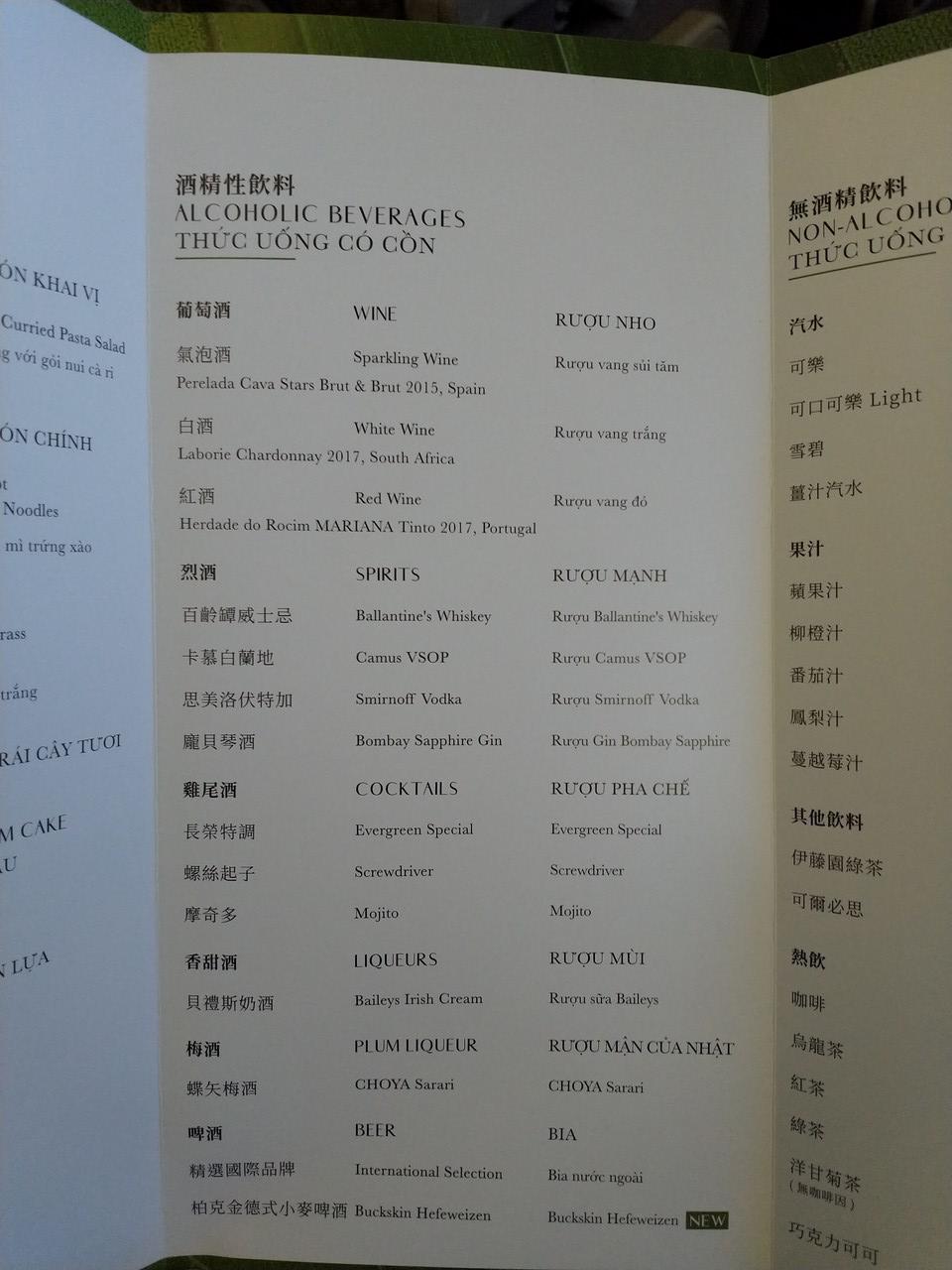 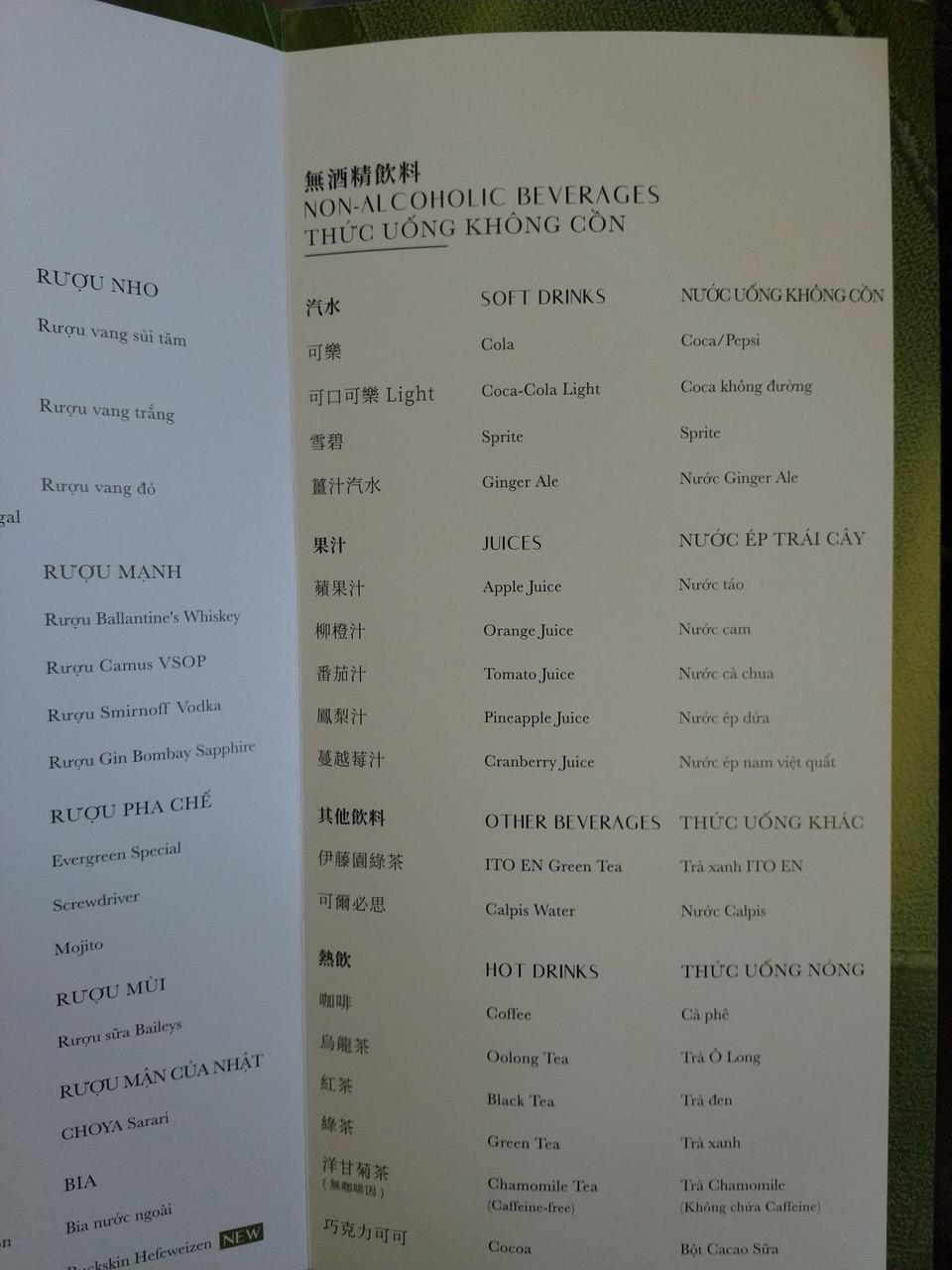 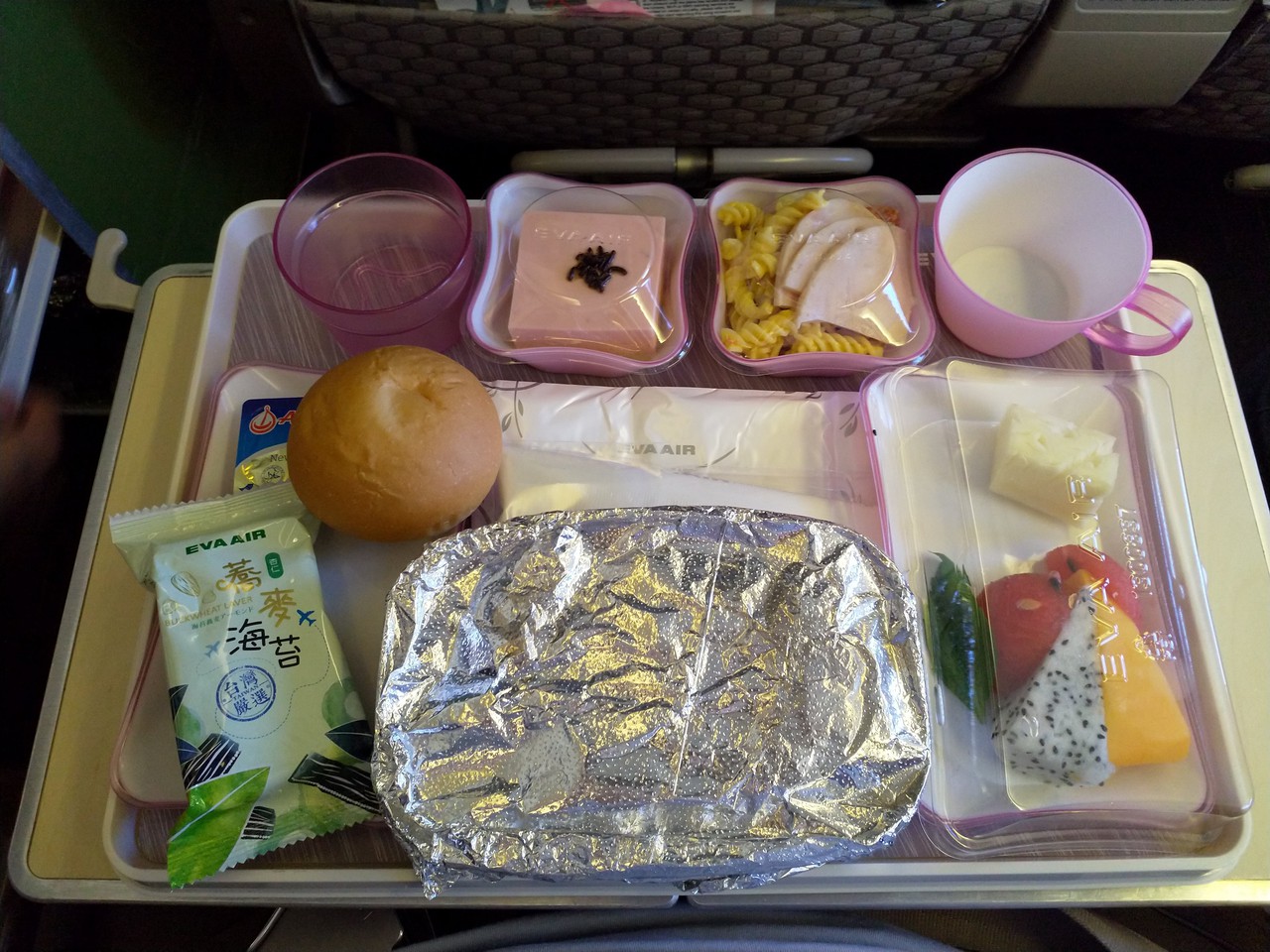 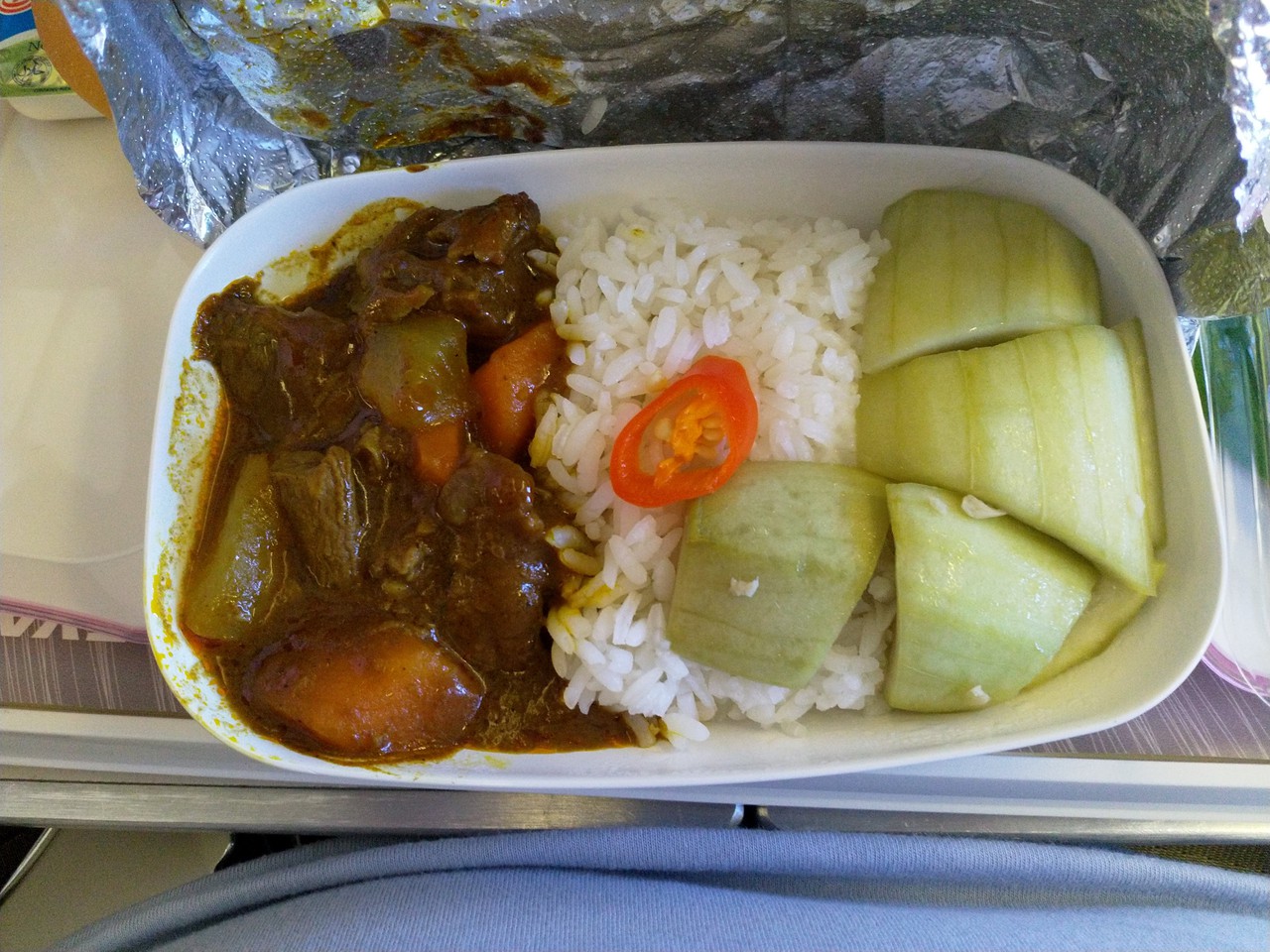 The flight took of a little bit late, but the time was made up on the way to Taipei and we arrived slightly ahead of time. As I didn't have a window seat, I'm afraid I didn't manage to snap any interesting pictures of the flight and compared to many of the other writers here, I guess I'm not enough of a plane spotter either. Apologies for the slightly blurry pictures below, but the plane was vibrating a bit when I was trying to take them. 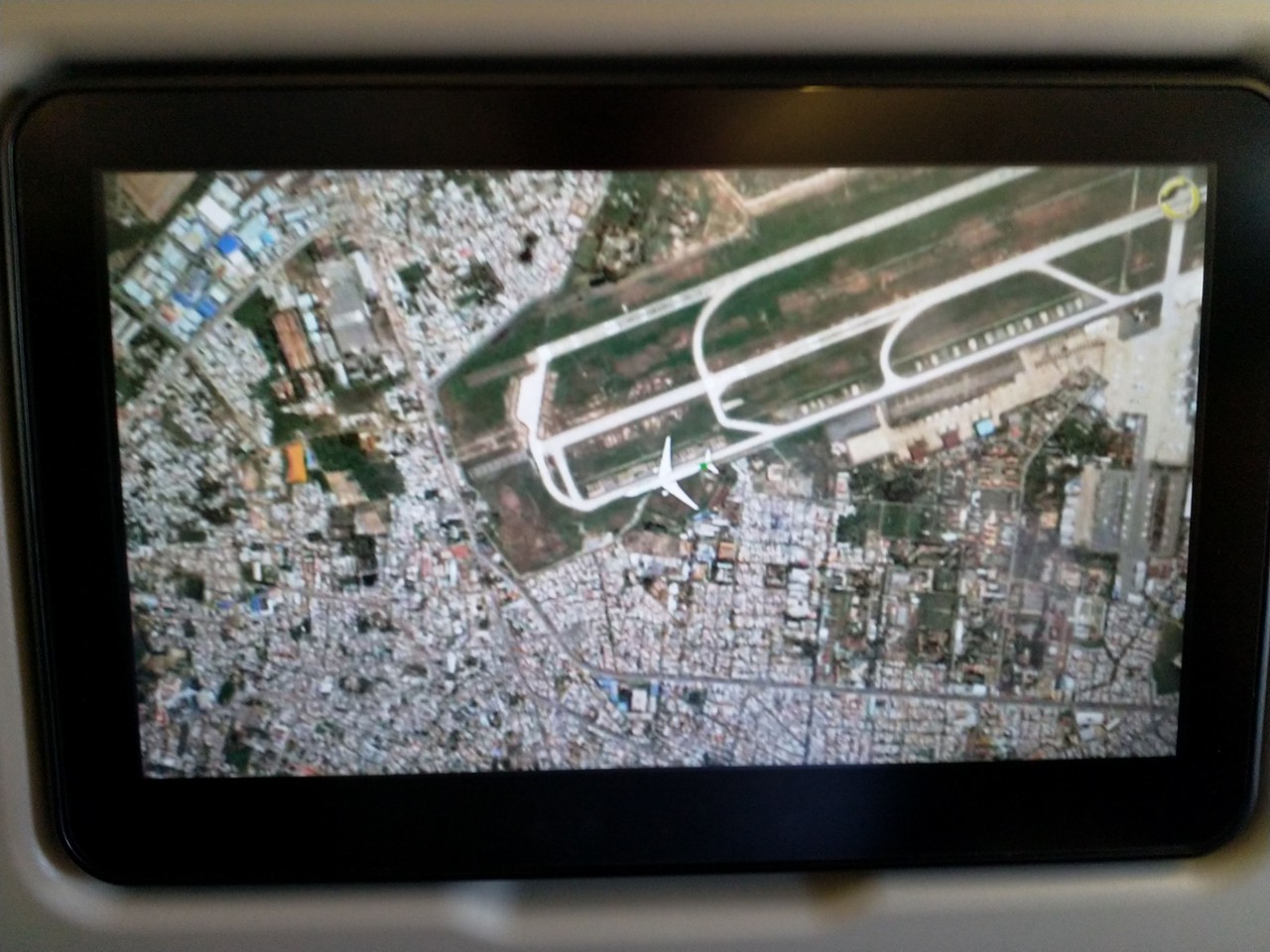 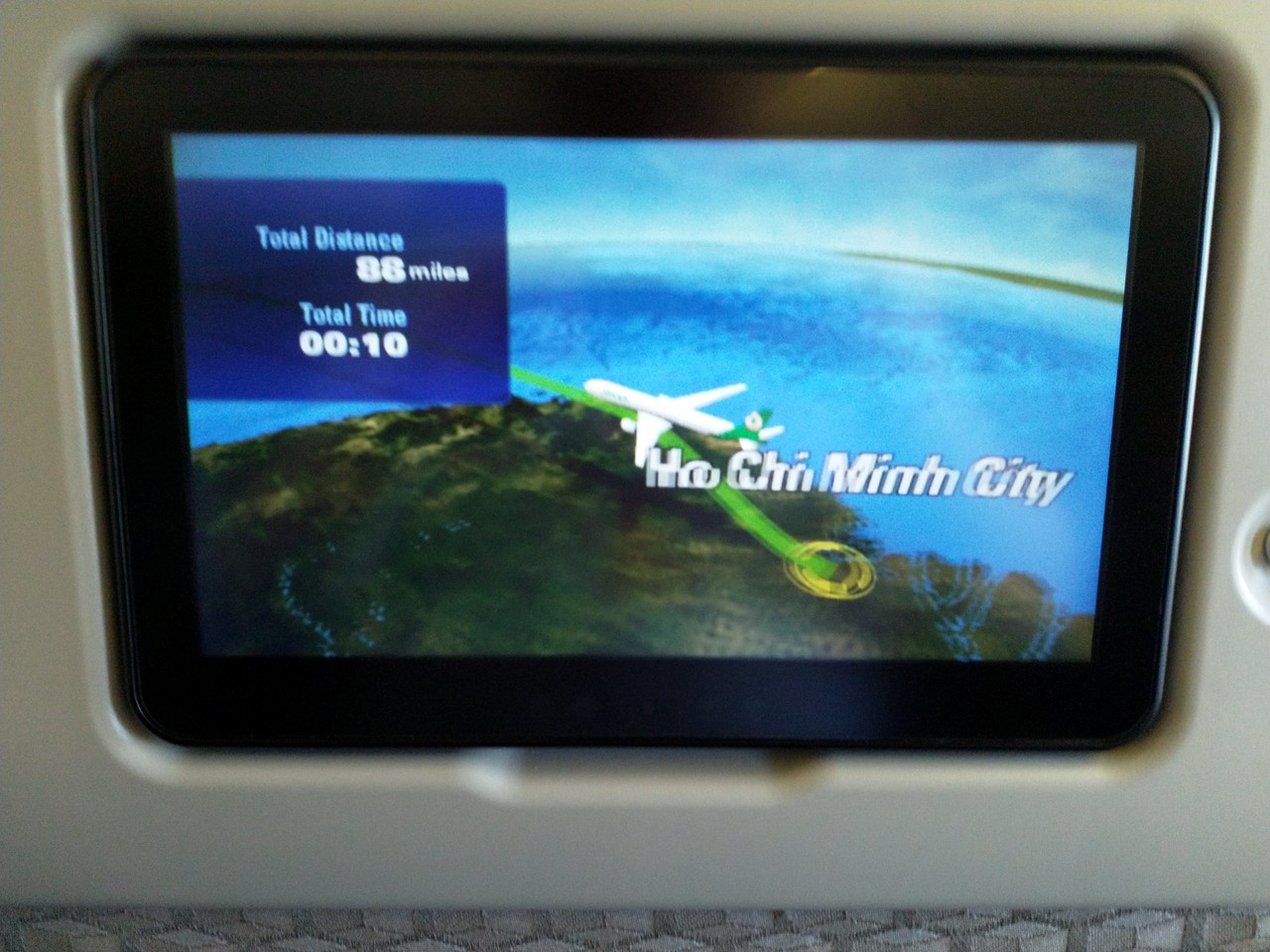 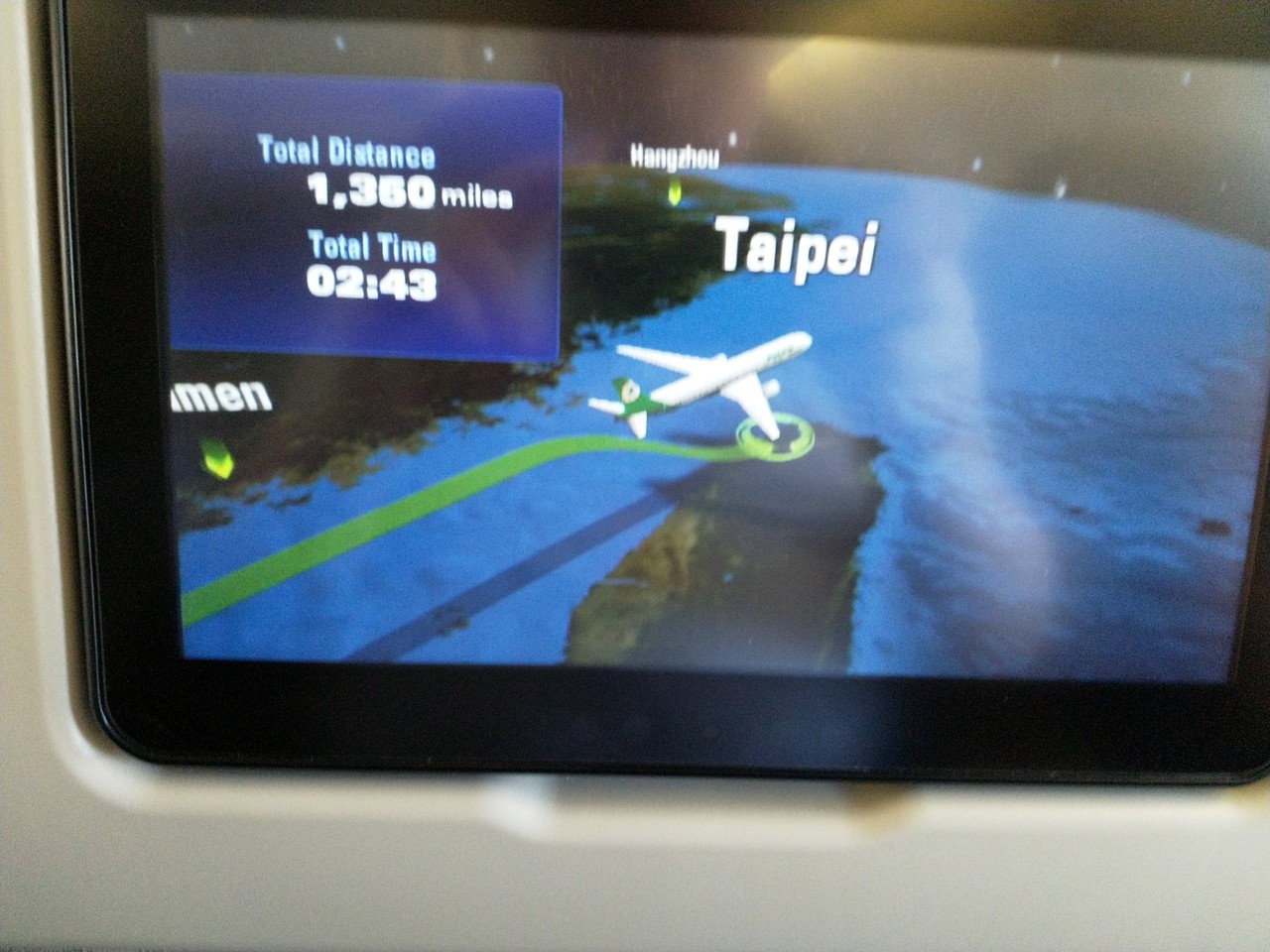 Overall I like flying with EVA, the staff is generally friendly and the service is good, although the English level could improve, although it's better than it was the first time I flew with them, some 15 years ago. I would say that EVA is a solid choice as an airline, although they're not as good as they were a few years ago. The family feud ousted their then CEO, who was very much key to the success of the airline. These days they are much more akin to the competition, which means they're not my first choice any more. The fact they're moving to 3-4-3 in economy on their 777-300ER's is also a huge minus, as unfortunately this is where I end up on many of my travels. I'm also not excited about their 787's, as it's not a plane I like to fly. That said, this flight was good and I have no complaints about their premium economy cabin, even though it no longer really stands out, as more and more airlines offer similar service. This is also my first review here, so apologies for lack of pictures.

The airline with the best average rating is China Airlines with 8.2/10.

The average flight time is 3 hours and 20 minutes.