By AriffAzrai 773
Published on 25th June 2019
Hello everyone! Here is my flight report from Kuala Lumpur to Phuket with Malaysian hybrid airlines, Malindo Air. I went to Phuket for holiday from March 31-April 2, 2019 and this time, I traveled alone.

Getting to the Airport

I began my journey by taking a Grab ride (Malaysian version of Uber) from my house to Gombak LRT station. From there, I took the LRT Kelana Jaya Line to KL Sentral Station. 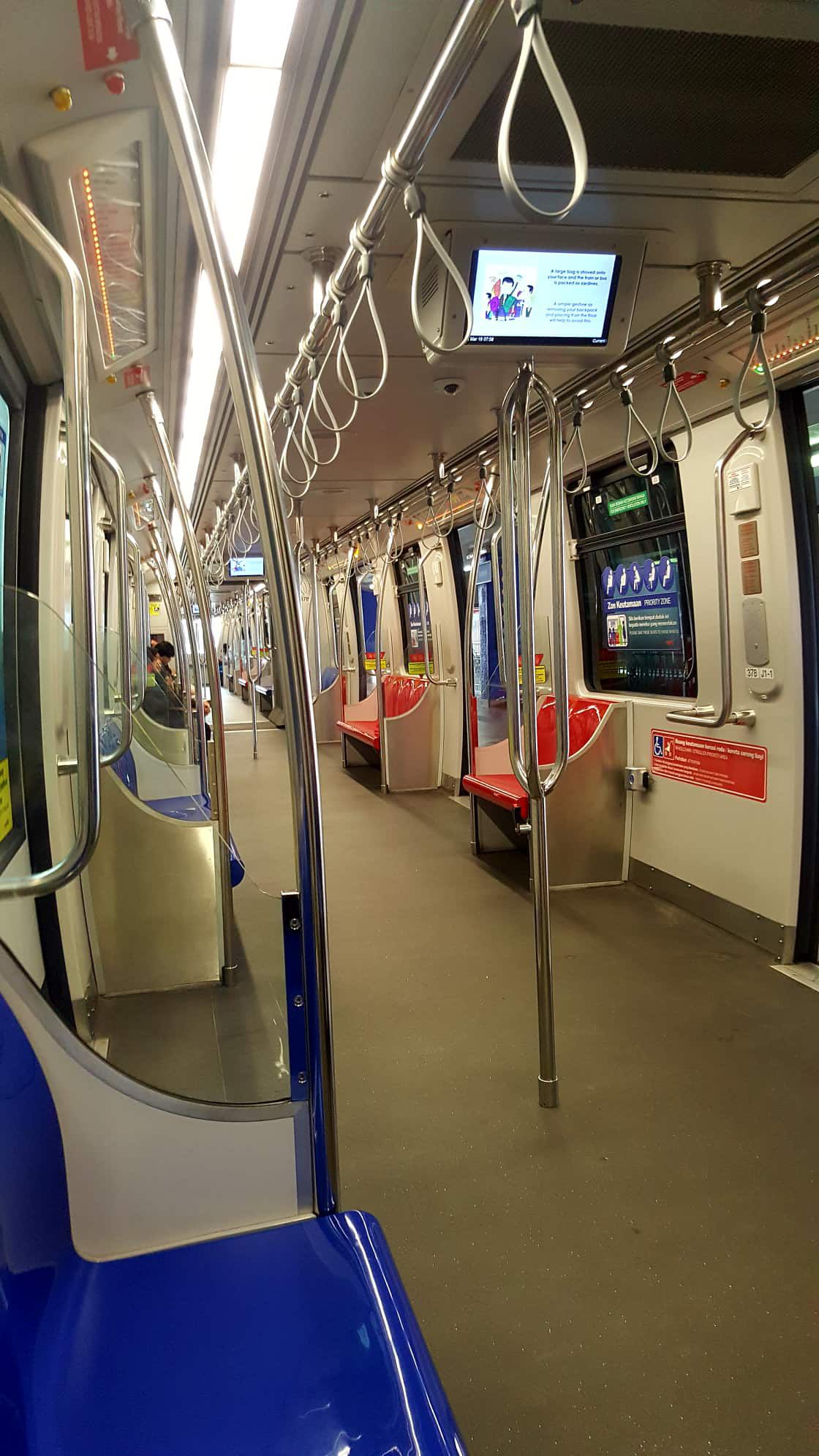 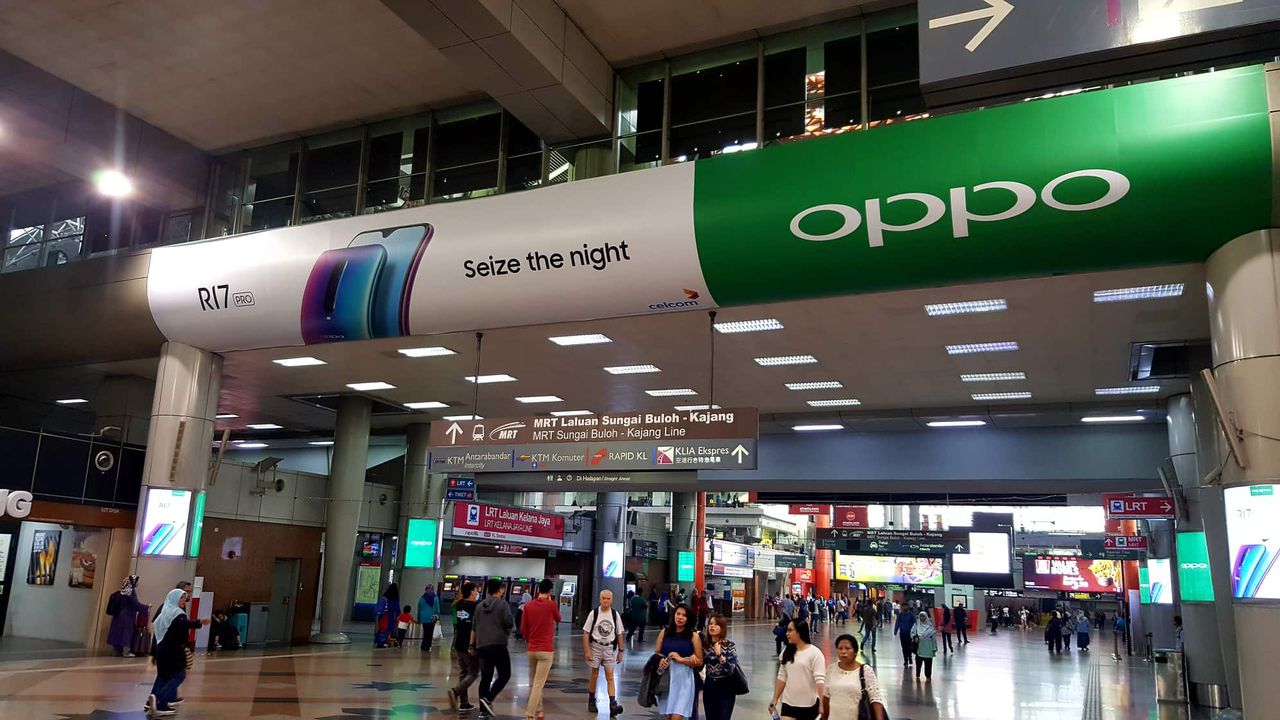 Then, I went to 1 level down where the bus station is located. I took the Airport Coach bus which later will bring me to KLIA Main Terminal. I decided to ride the bus to the airport as it was the cheapest option. 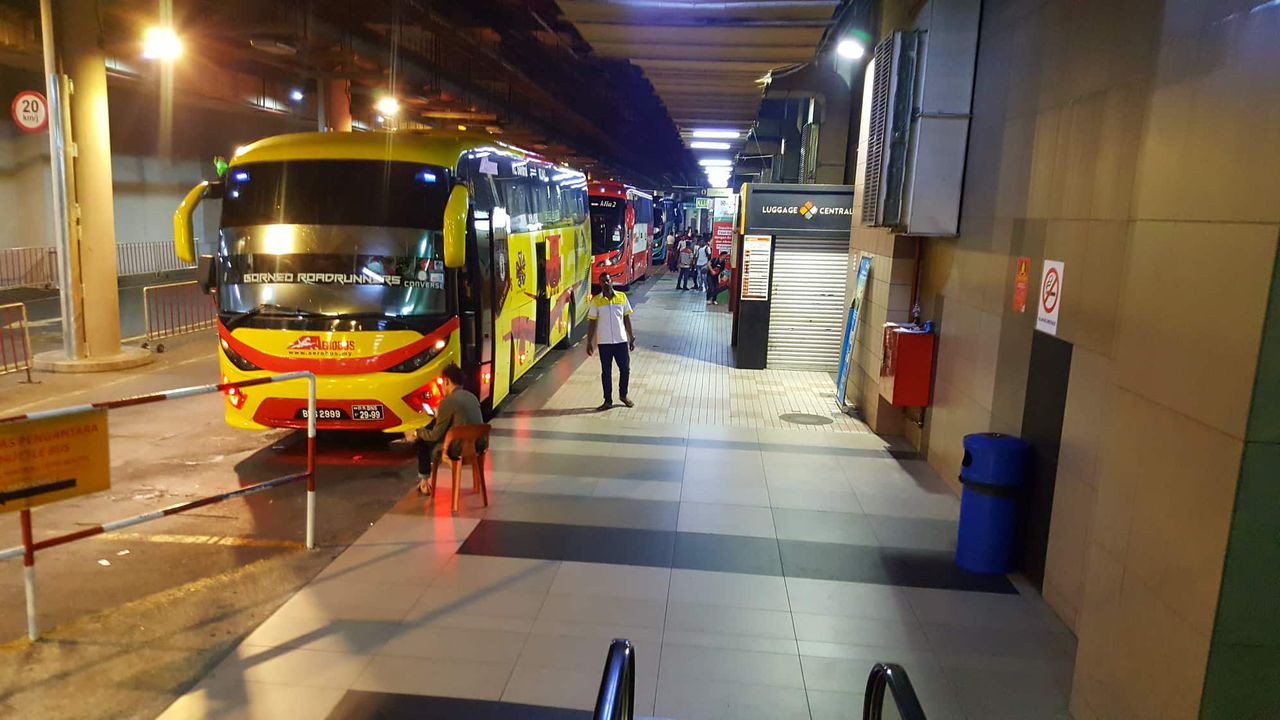 The ticket fee was 12 Ringgit per way and the journey took about 1 hour from KL Sentral to KLIA. 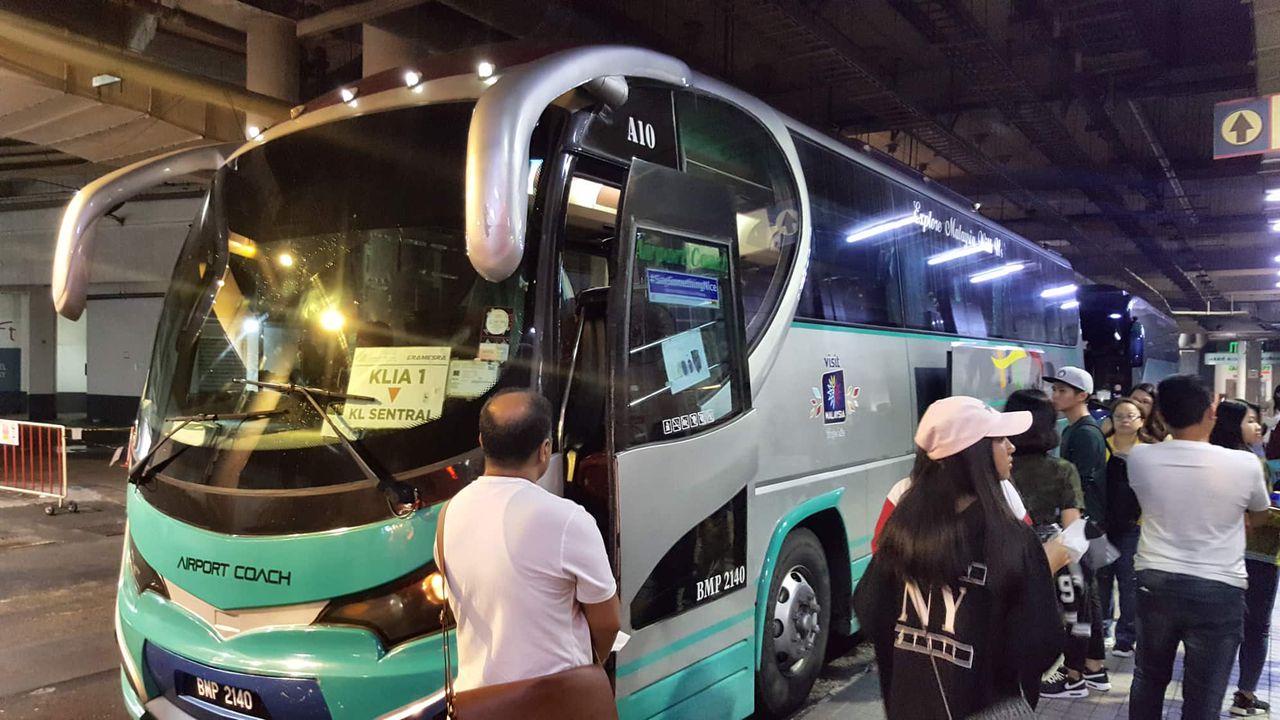 Interior of the bus. 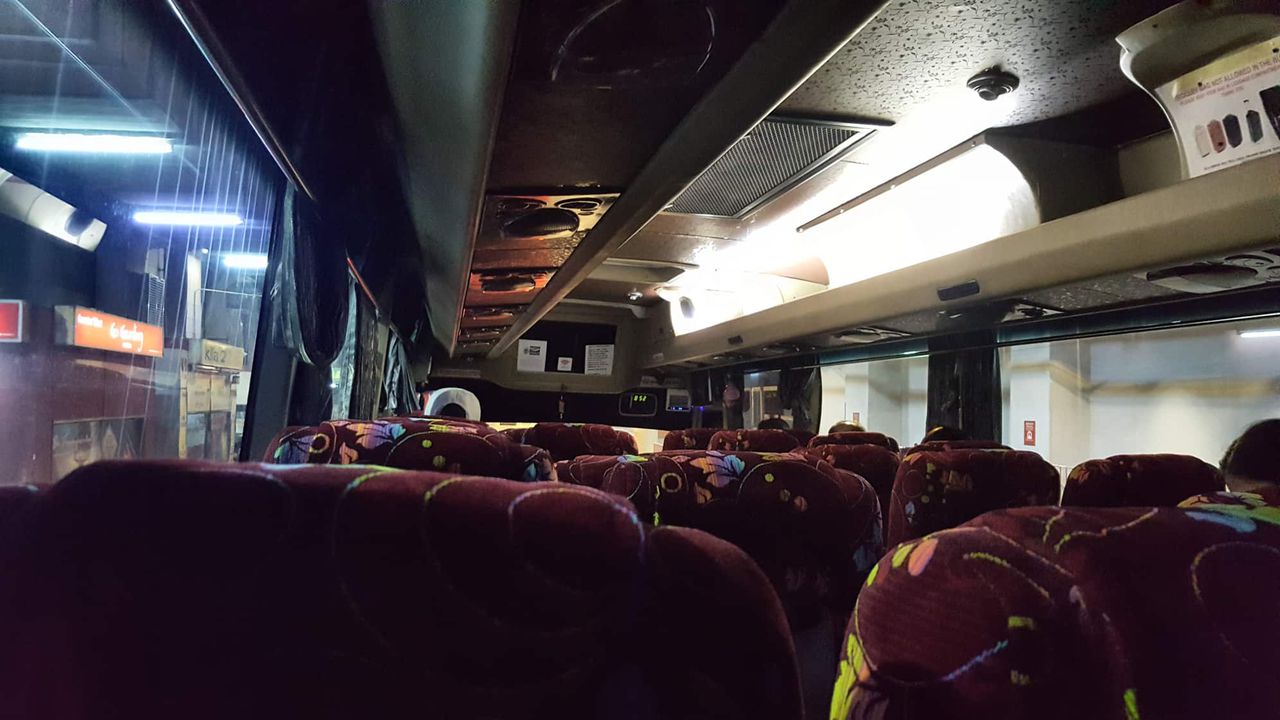 Then, I had to go to several floors up to the departure level. 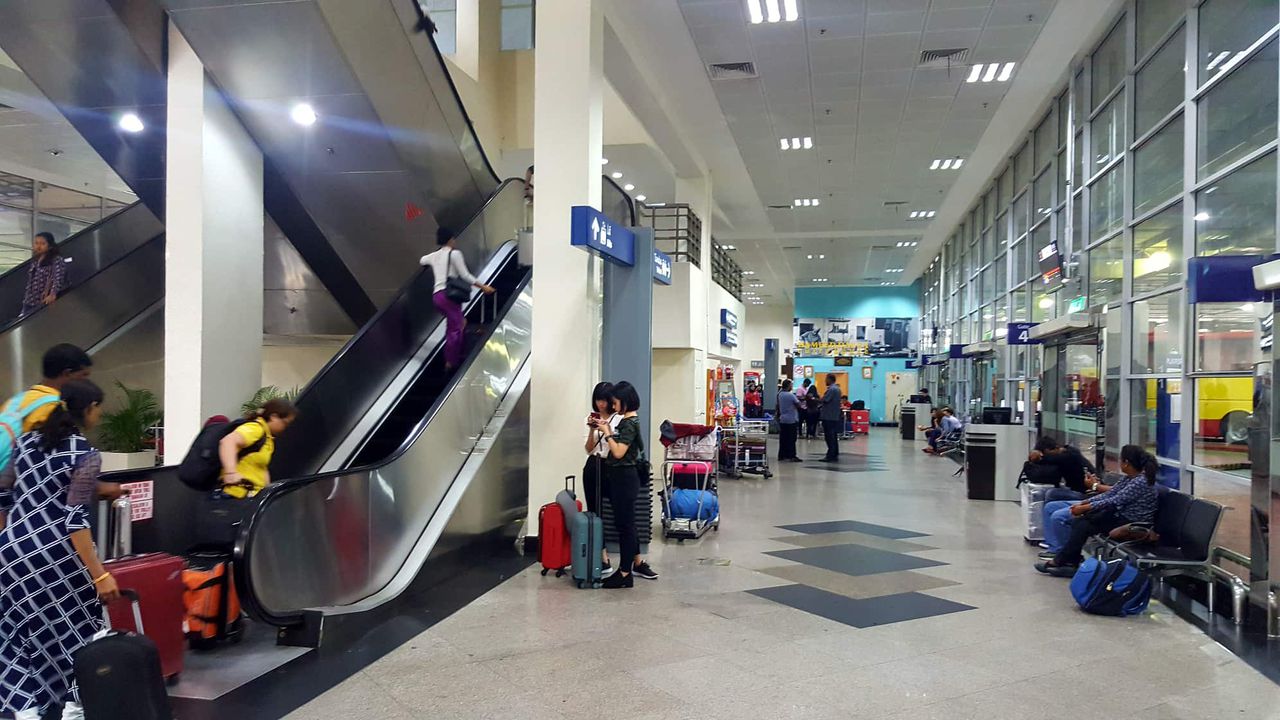 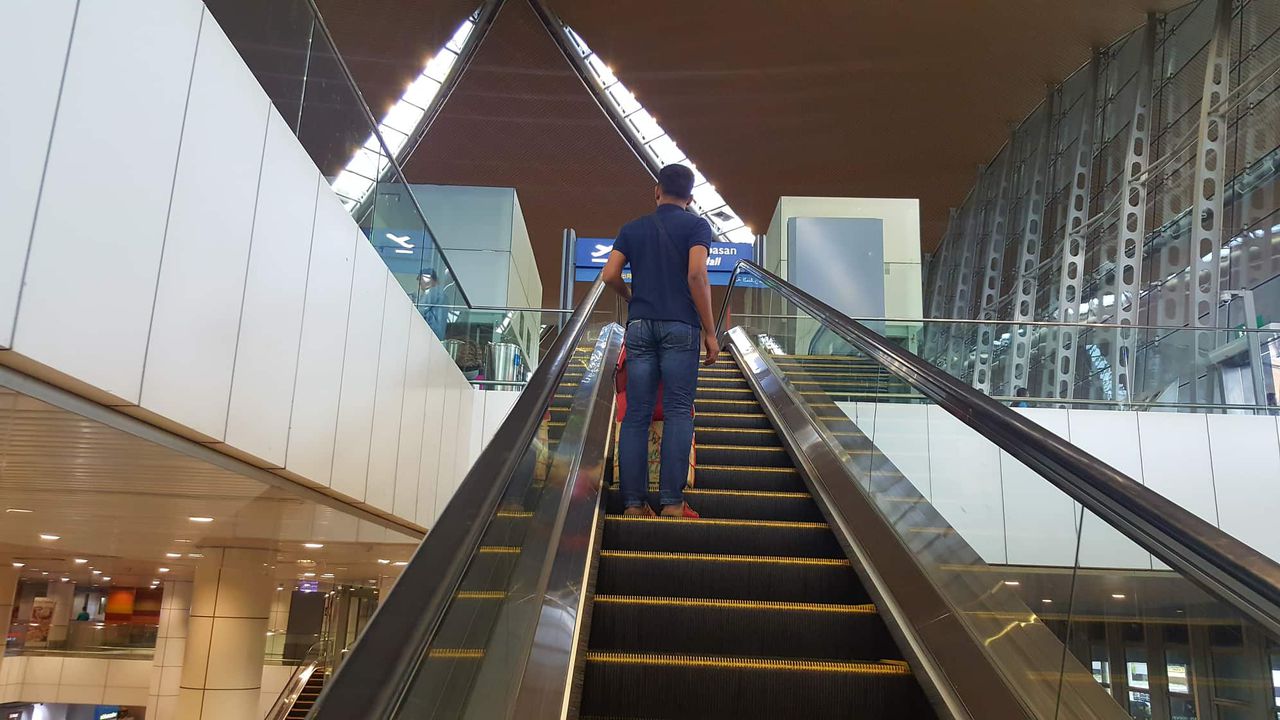 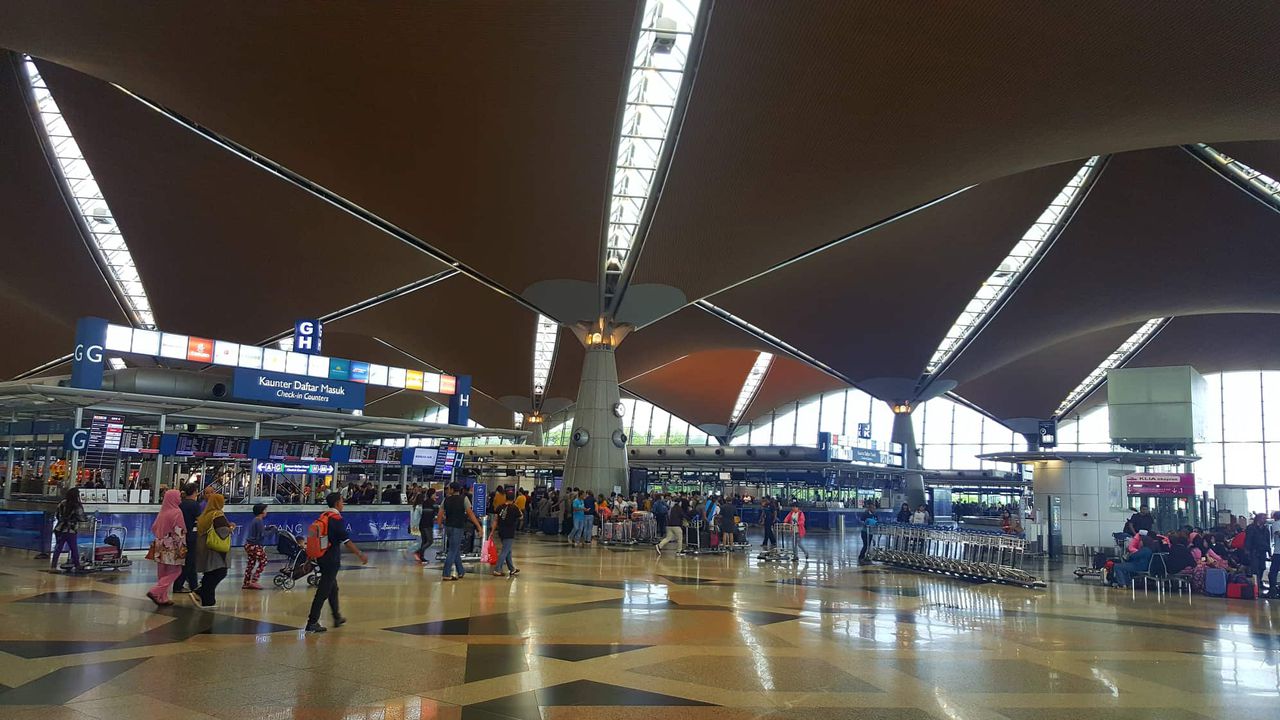 Malindo Air's check-in counter, where I dropped my luggage and collected my boarding pass. The check-in luggage was inclusive in my flight ticket fee. 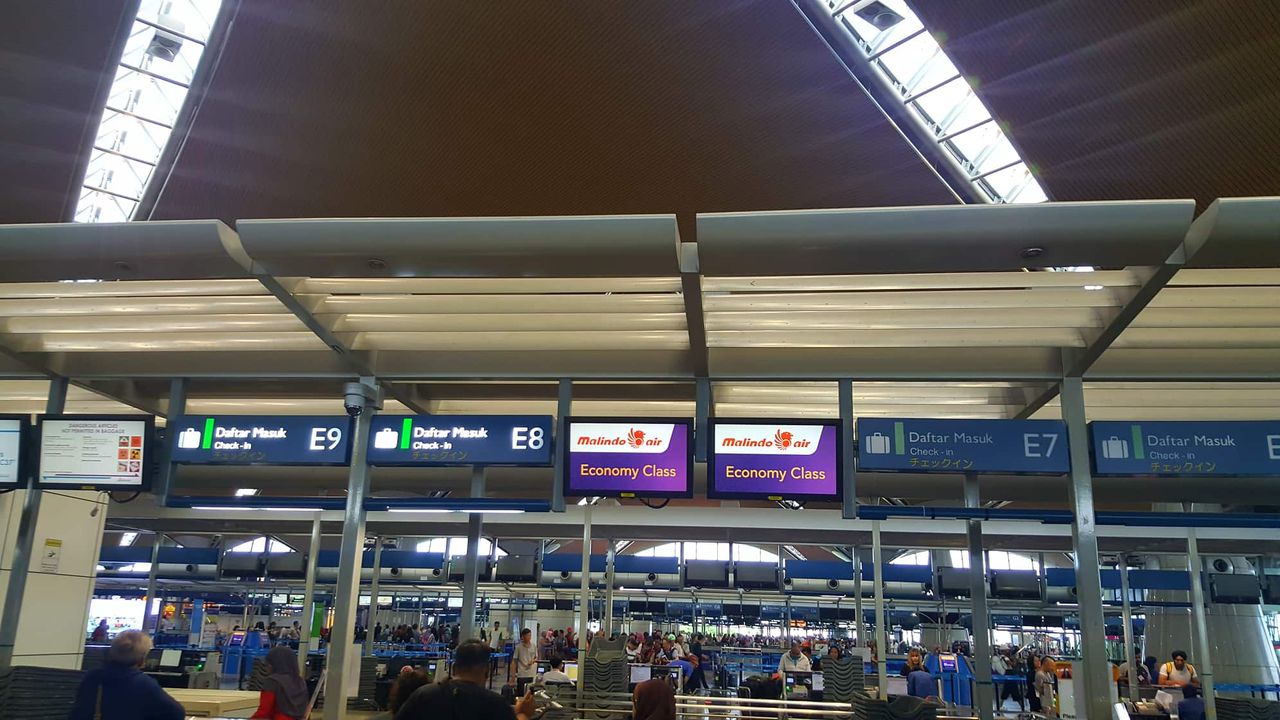 Arrived at the airside after I walked through the security check (where we only had to drop our bags), custom and passport control. 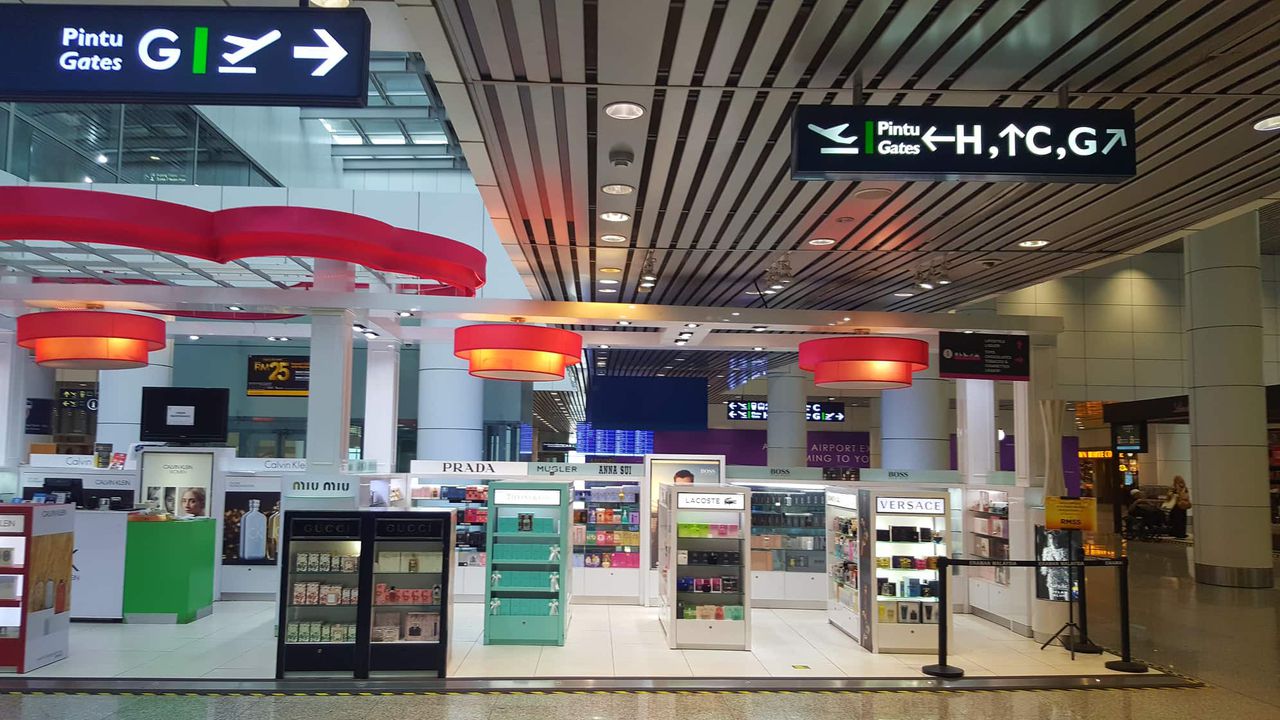 Several aircraft models on display. This spot is 1 of the famous attractions in KLIA. 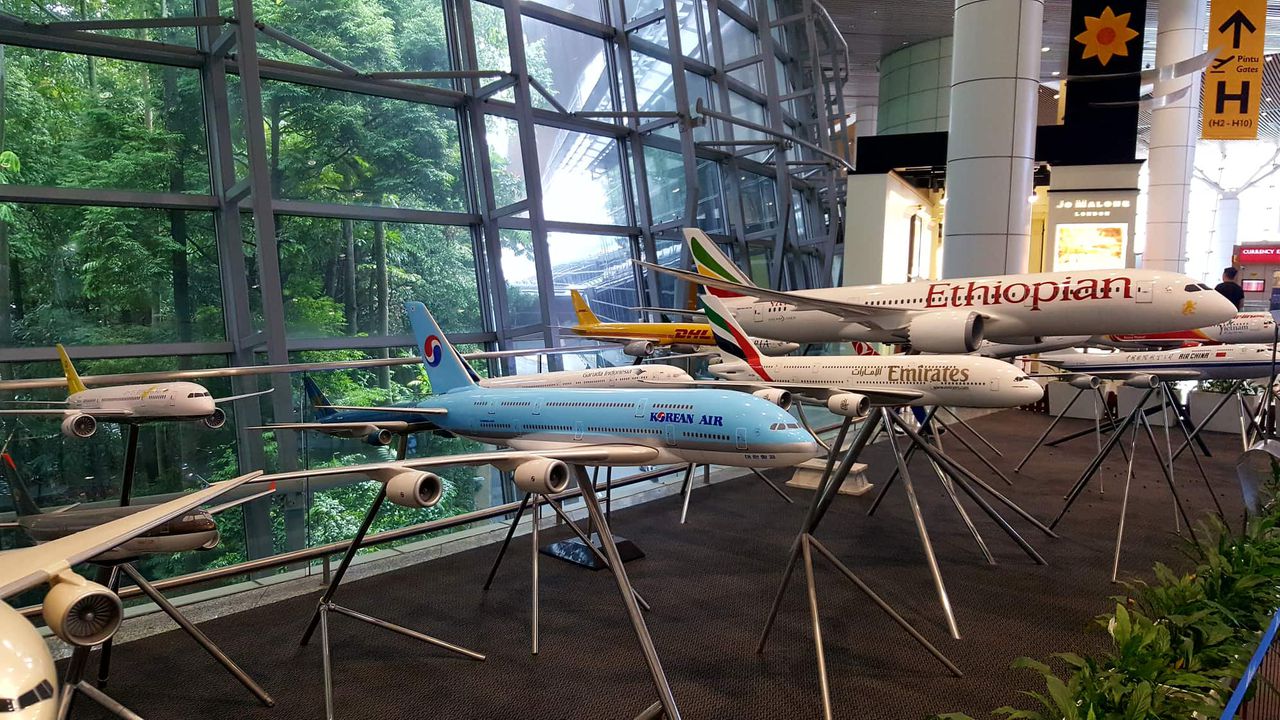 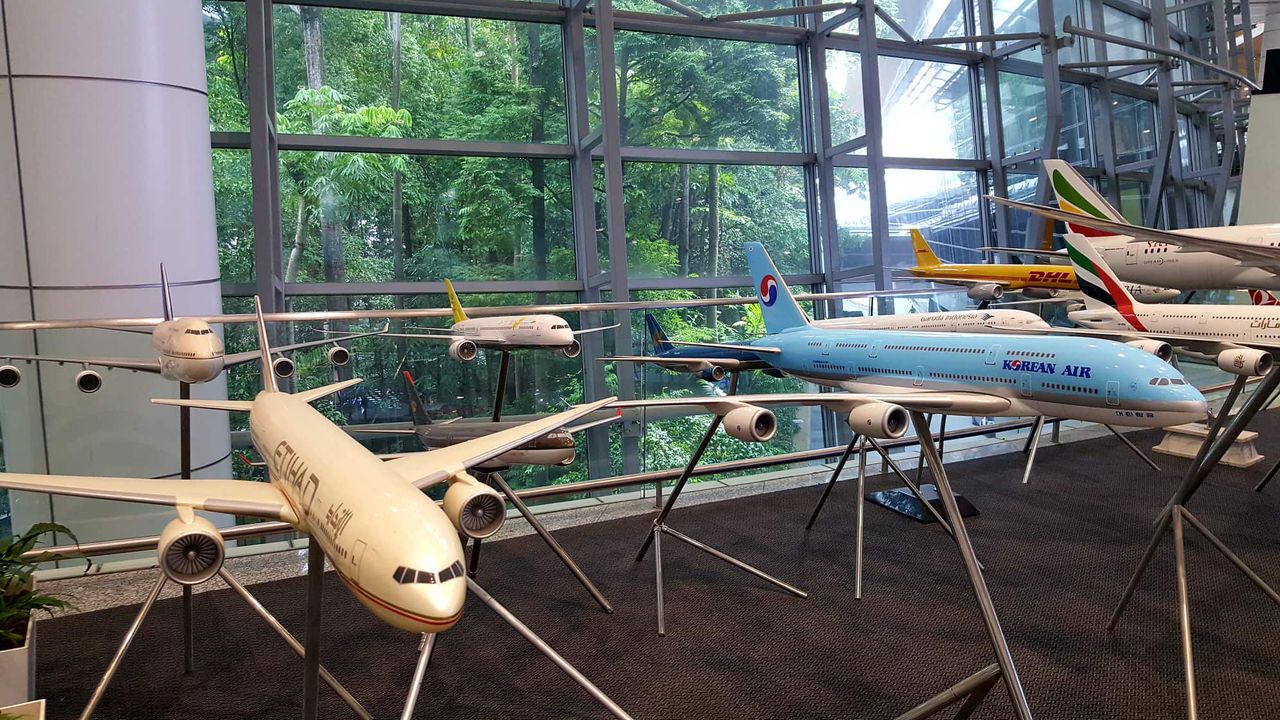 As it was still early, I decided to pay a visit to another famous attraction in KLIA, the Jungle Boardwalk. The Jungle Boardwalk is located in the Satellite Terminal, thus I had to take the Aerotrain to reach there. 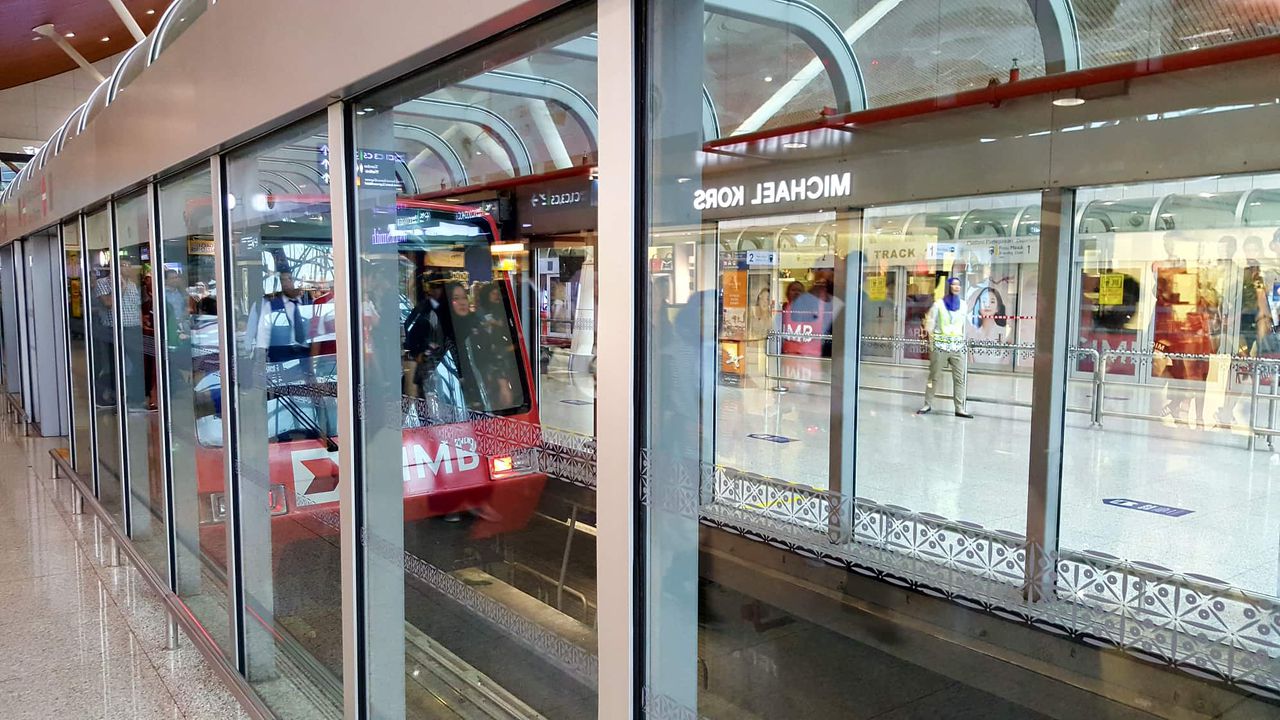 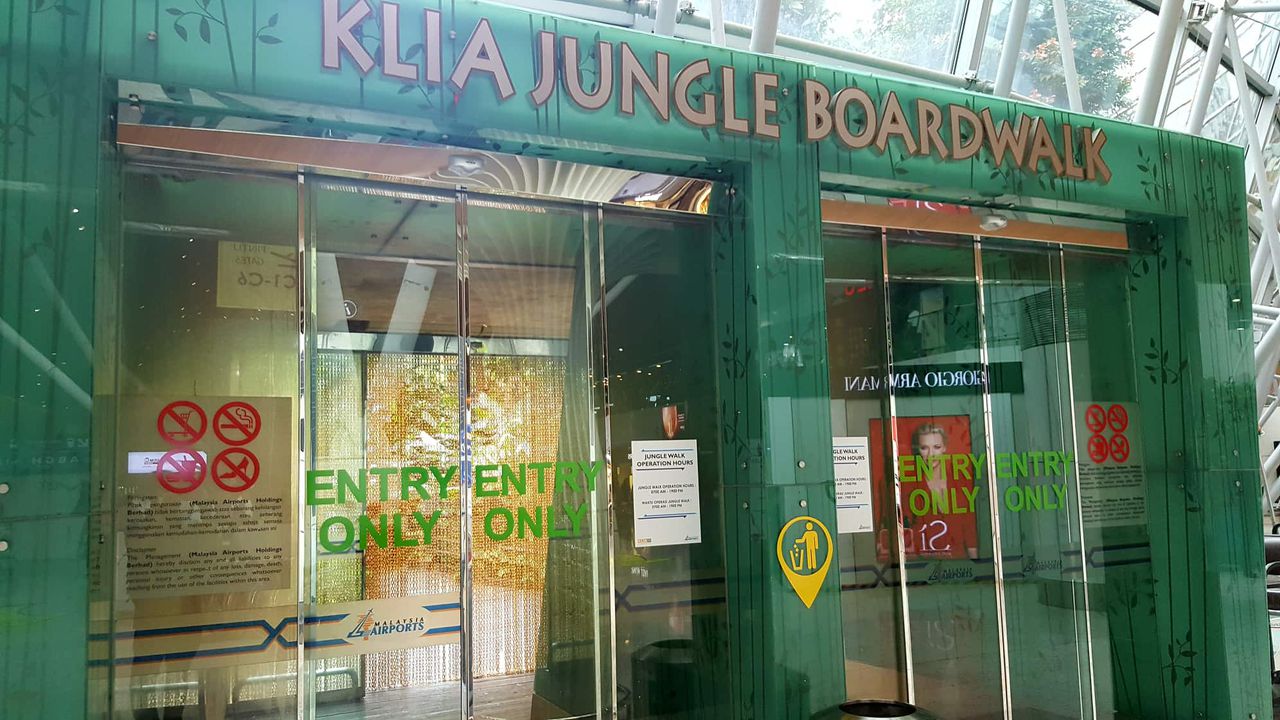 The Jungle Boardwalk features a waterfall which located in the center of the artificial jungle. 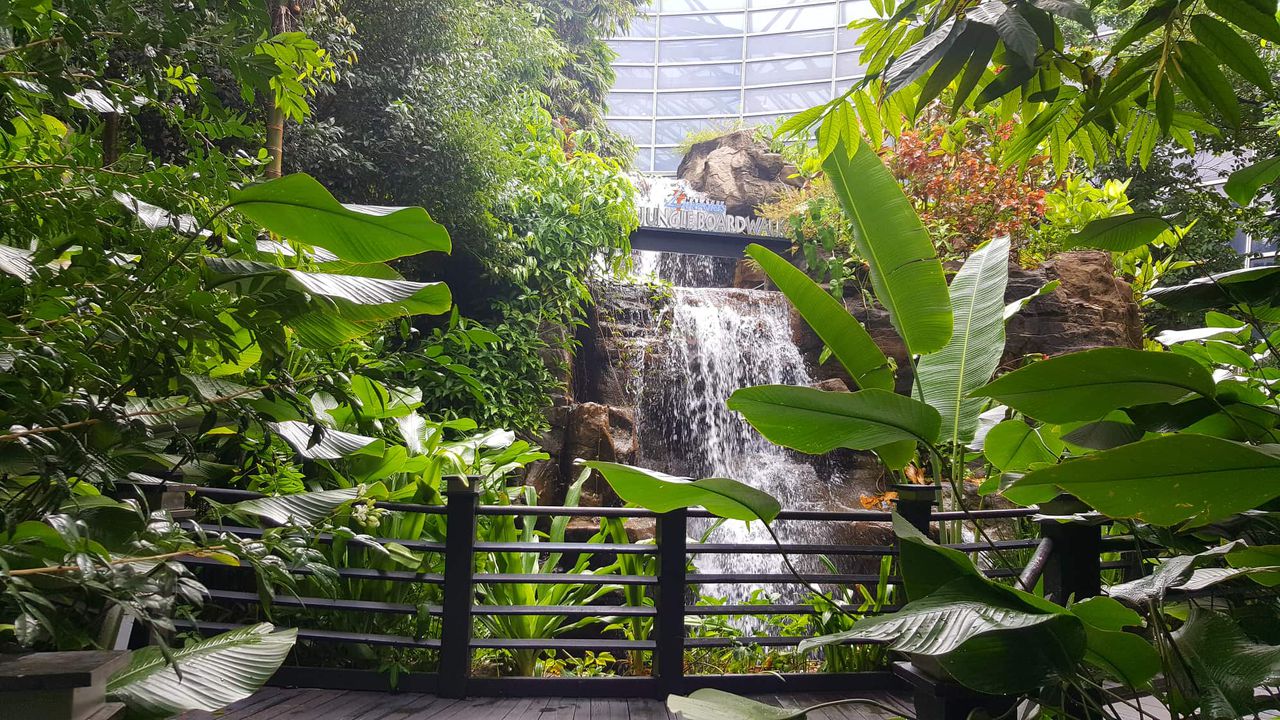 And various real tropical tree plants complete with their descriptions on the information boards. I was really surprise to learn how small the Jungle Boardwalk is. I finished exploring the whole area and reading almost all of the plants' descriptions within 7 minutes. 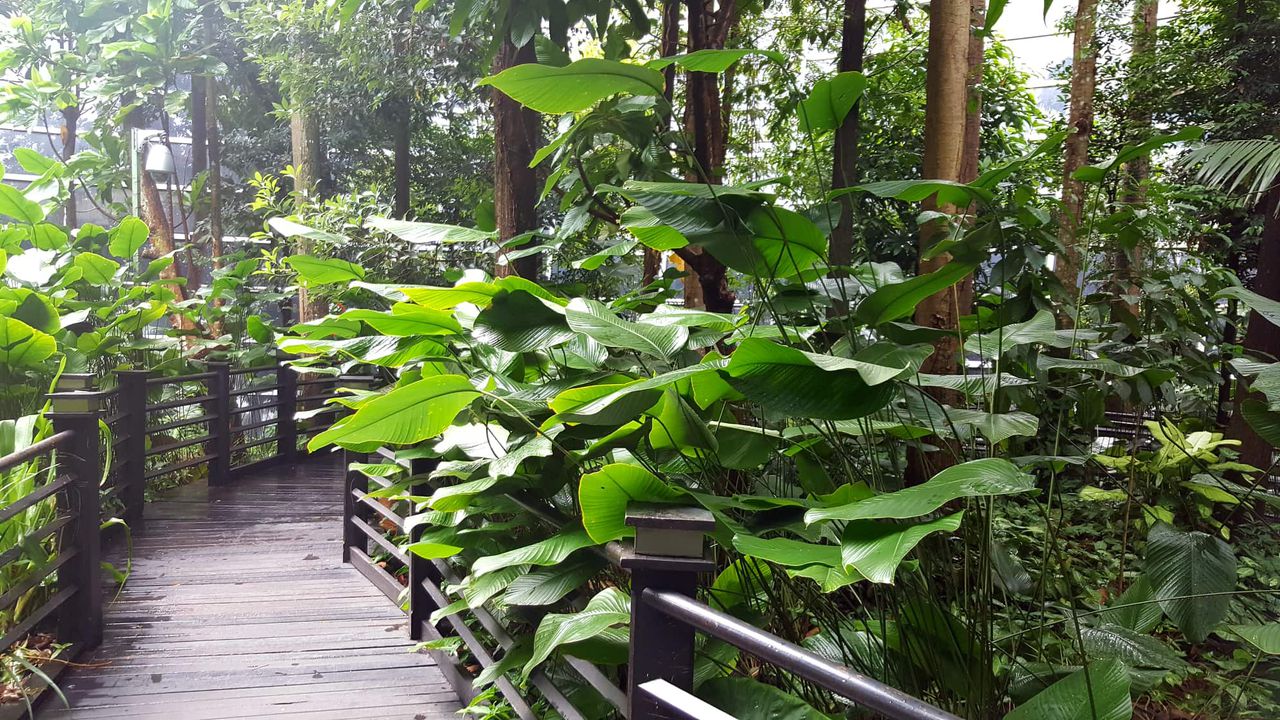 Then, I made a quick spotting session at the Satellite Terminal before I returned back to the Contact Pier with the Aerotrain. 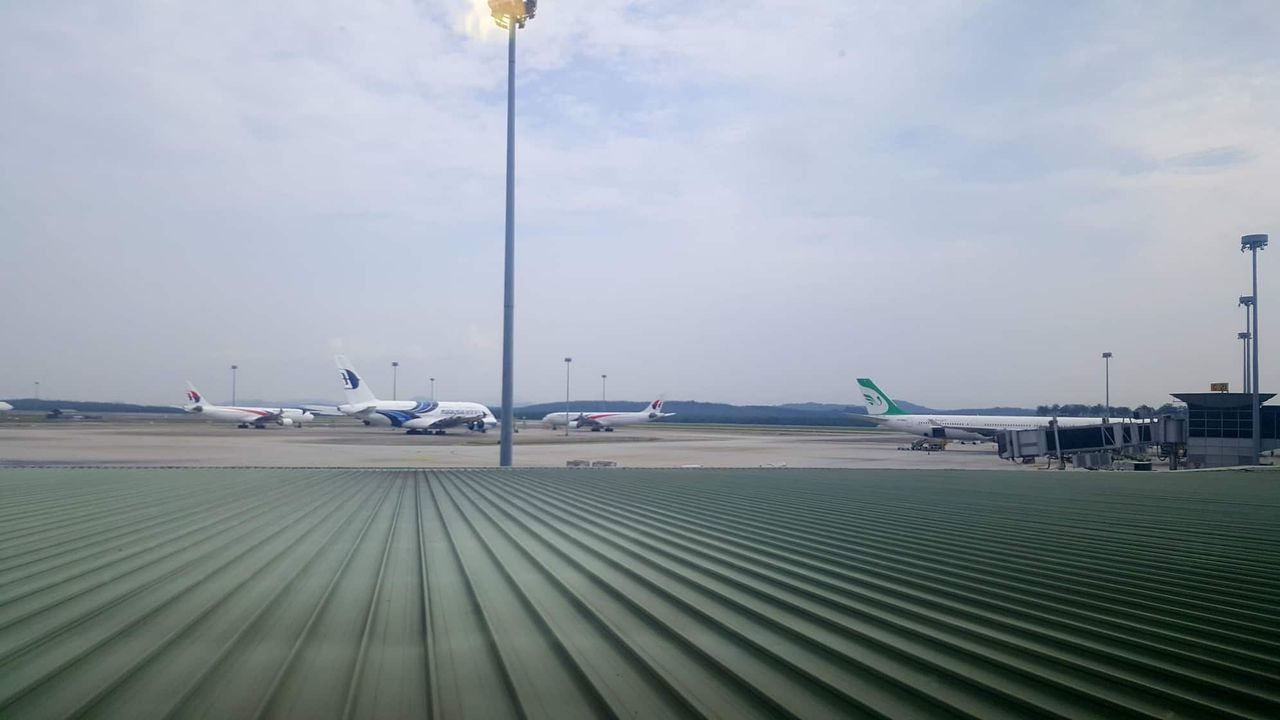 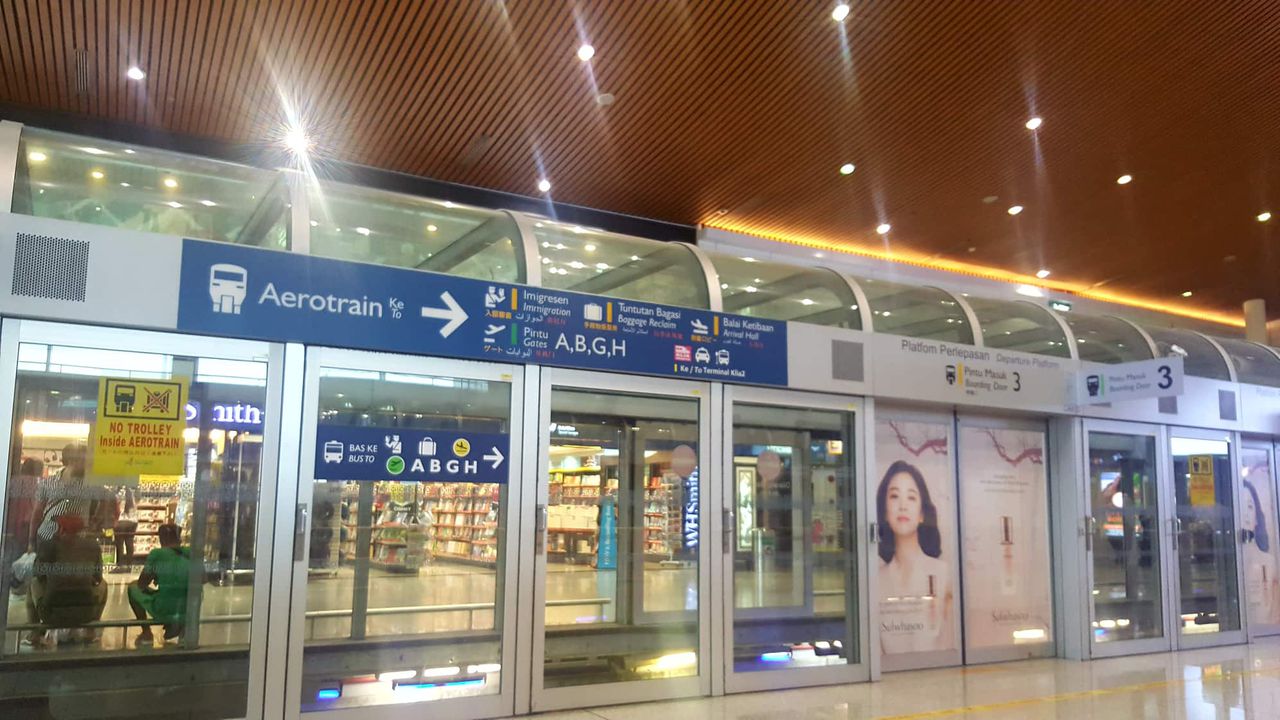 Iraqi Airways' A332 as seen from the Aerotrain. 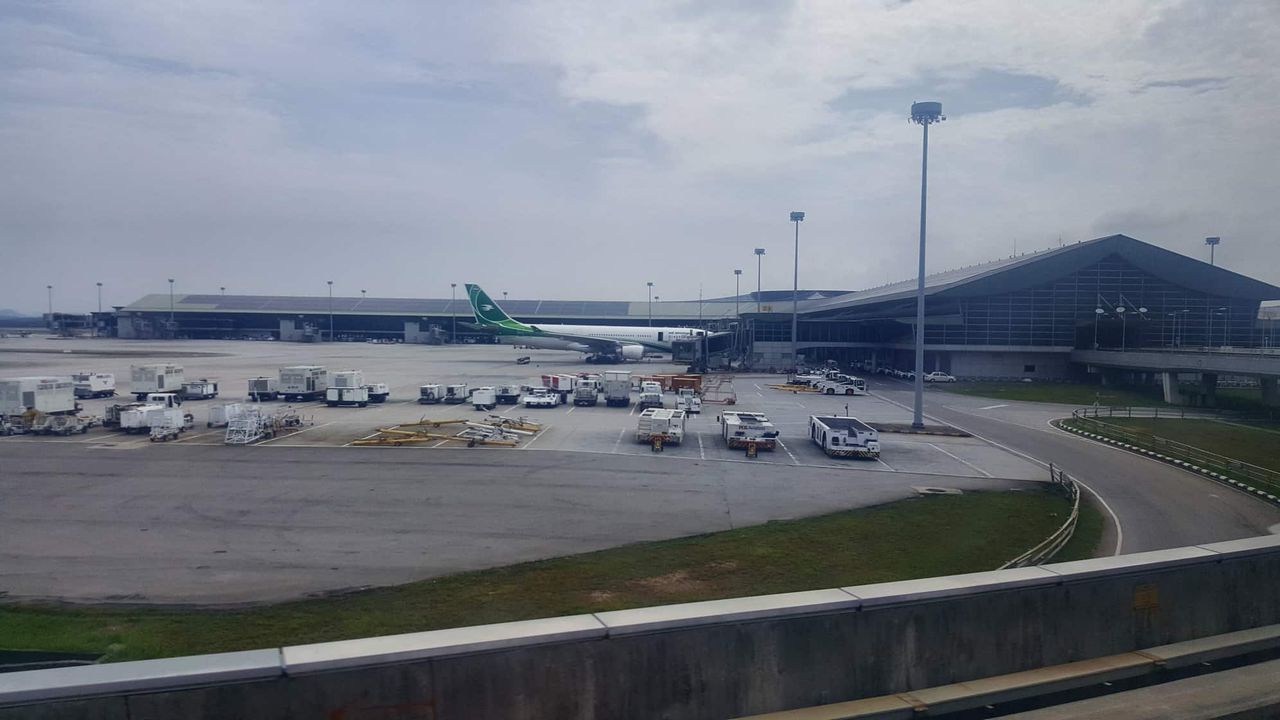 My flight would be departed from gate H10. 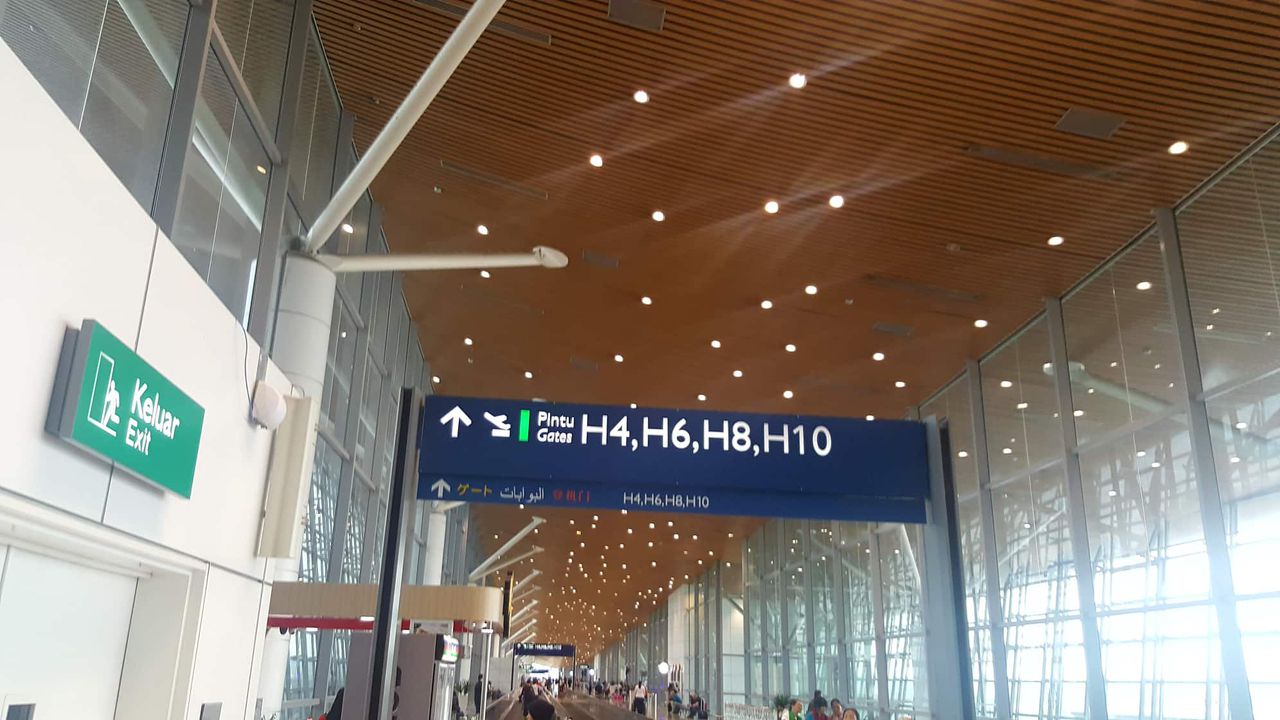 The gate wasnt opened when I reached there, so the other passengers and I had to wait outside for a few moments.

Finally, we were allowed to enter the gate, but we had to go through another safety check first. And this time, we had to take off our belt and remove any electronic gadgets from our bags or pockets.

The seating area in gate H10.

As Malindo Air is notorious for flight delays and cancellations, I already prepared myself for the worst thing to come. But fortunately, our boarding commenced on time.

As the load of this flight was quite light, all passengers were invited to board the aircraft at the same time.

Sadly, this aircraft came with no PTV.

The view from my window with several OD's planes docked at the gates.

I was really hoping that the 2 seats next to me would remain empty, but unfortunately those 2 seats were later occupied by a couple. I was shocked that they didnt move to somewhere else as there were sill many vacant seats in this flight.

Some interesting infos inside the MALINDOMAG Magazine.

After the boarding process completed, our aircraft started to push back at 12:22 pm, 17 minutes behind the ETD. The safety demo video was played on overhead screens.

Cabin was so calm and quiet during taxiing.

Passing the 2 mystery B747 jumbo jets. 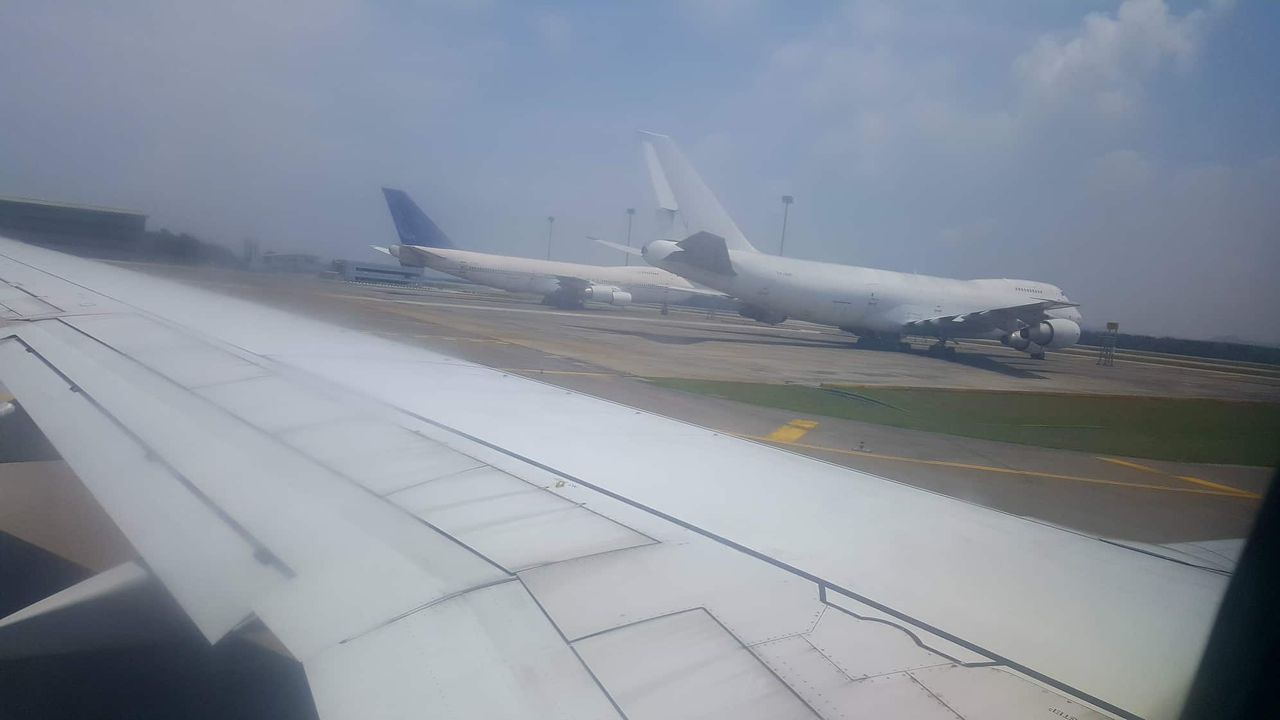 Waiting for another Malindo plane to take off.

And we were followed closely by MH's B738 behind.

It was our time to take off.

And finally, we were above the cloud.

The inflight service commenced around 30 minutes after we left the ground, which considered as quite late. First, the crew came to offer blanket and pillow to every passenger. Surprisingly, they provided these amenities on this short flight.

Then, the crew came again to start the meal service.

We were given a choice of Chicken or Mushroom Square Pizza/Sandwich. I chose the later.

The meal came with a Vanilla-flavored Muffin and a glass of plain water. Other types of beverages such as juices, coffee and tea required an additional cost. Overall, the meal was adequate for this short regional flight.

After the meal service, the crew walked through the cabin again to collect our trash. As there was no IFE in this aircraft, most of the passengers spent their remaining time by either sleeping or doing absolutely nothing.

Over an hour into the flight, our plane was getting ready to land in Phuket International Airport. 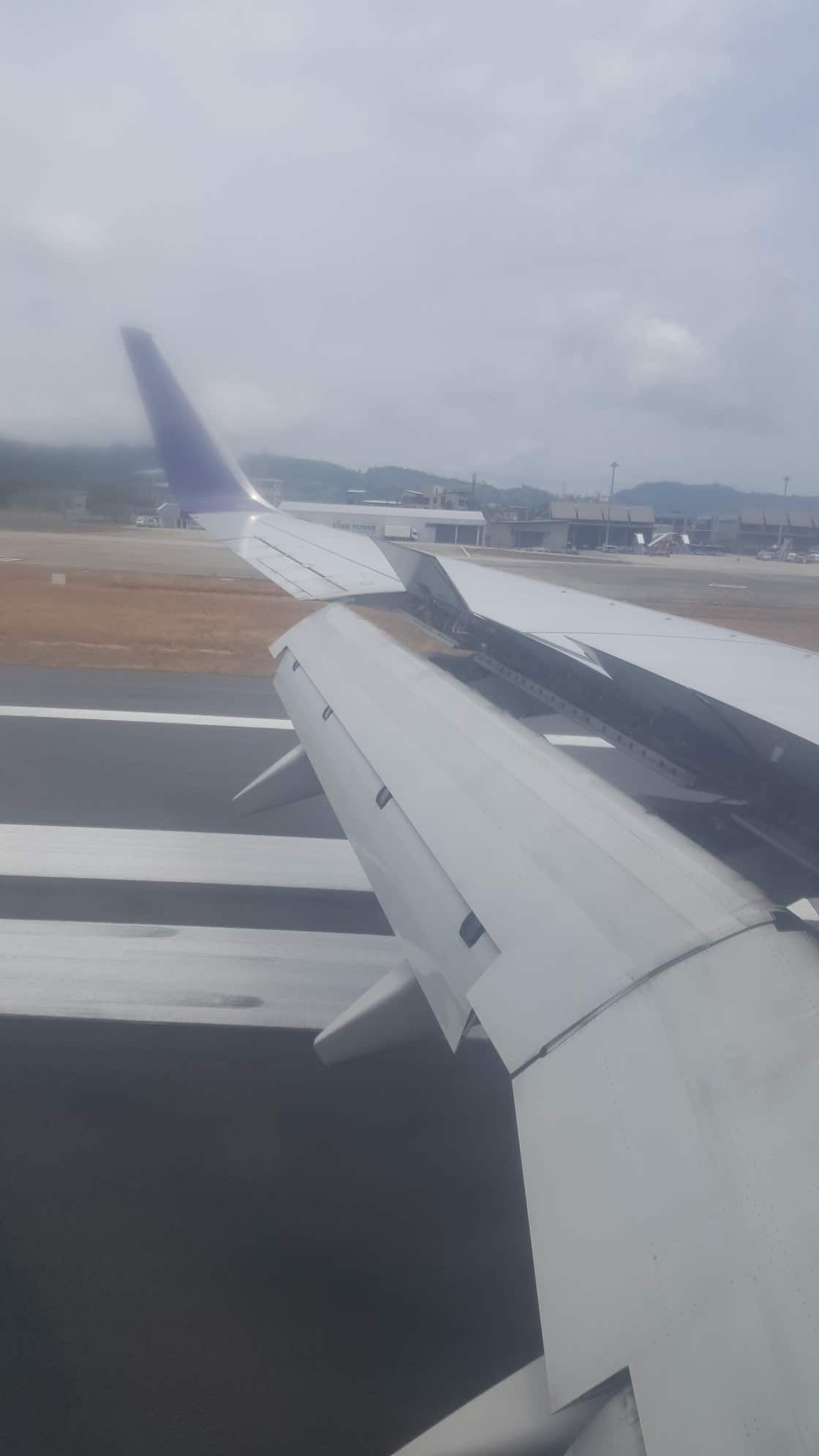 Taxiing to the terminal.

After disembarked from the aircraft, we entered the terminal and went up to the customs and passport control. 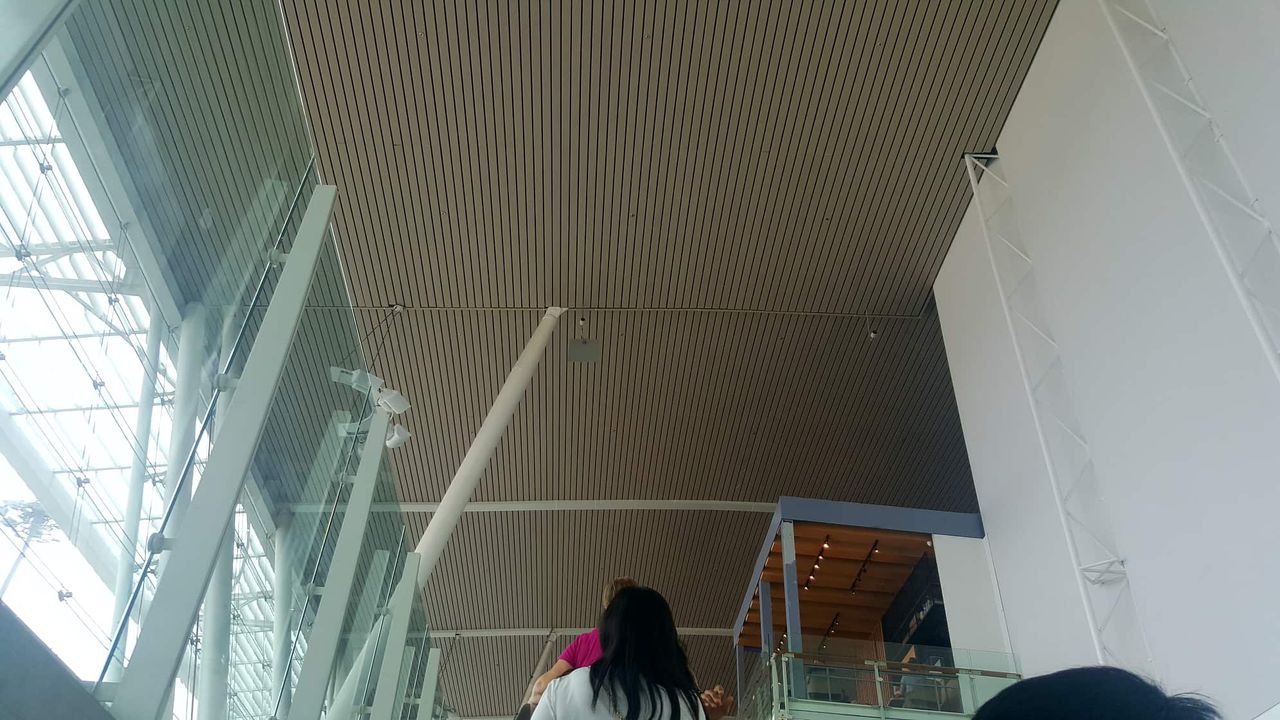 Arriving at the baggage collection. It was really absurd with so many international arrivals (mainly from Russia) were arriving at the same time.

The international arrivals of the day.

Arriving at the landside.

Waiting for our transport to bring me and some other pax to our respective hotel and resort.

Our transport. The ticket can be purchased inside the airport terminal. 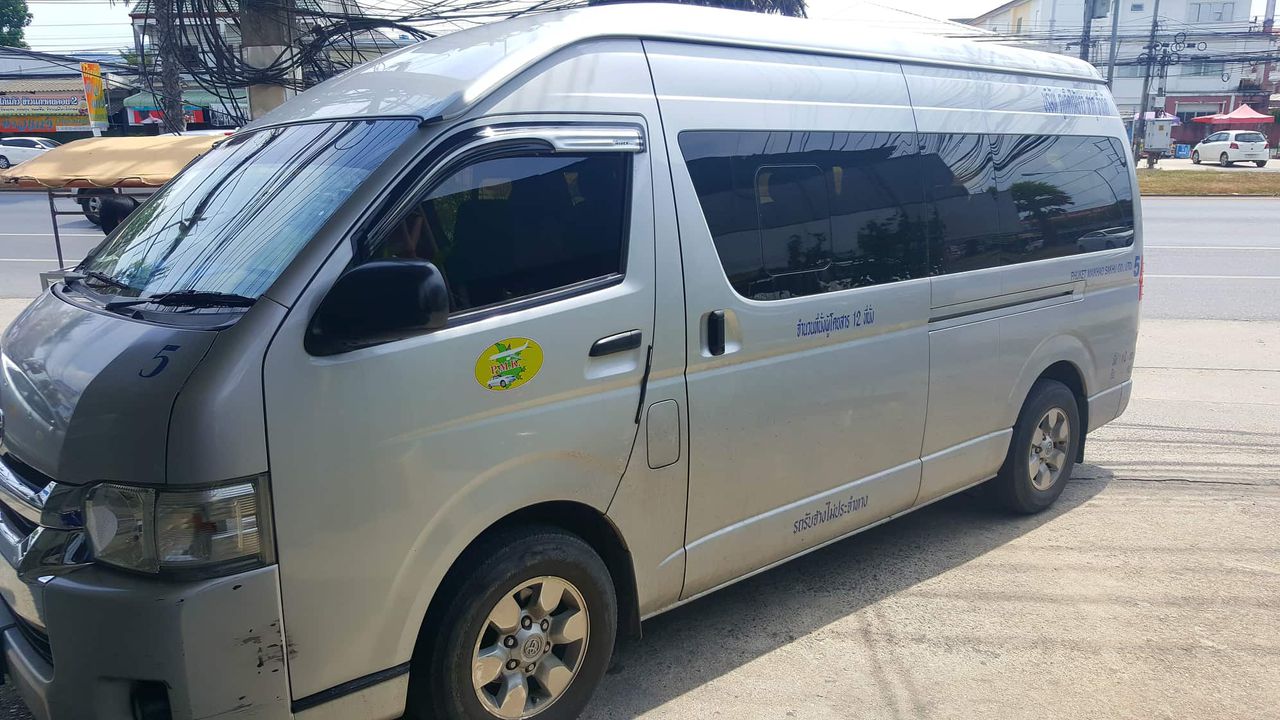 Please have some time to view the Bonus Report that I provided below:

Enjoy some photos of attractions and interesting places that I visited while in Phuket. The island was really fun and worth to visit. I really would love to return back to Phuket again someday!

Phuket Fantasea, a musical theater + theme park that considered as a "must visit" if you are in Phuket.

White Tigers inside a glass cage.

A restaurant within the Phuket Fantasea park.

The main theater where Phuket Fantasea musical performance will be performed. Sadly, photography is not allowed inside.

Azur Air preparing to return back to Russia.

Some photos of the great foods that I had in Phuket:

Food stalls located just a short walk from my hotel.

Tom Yum Soup. Your visit to Thailand wouldnt be complete if you havent had this spicy soup.

I really enjoyed my flight with Malindo Air. I was so lucky that my flight didnt experience a delay or cancellation, something that Malindo is famous for. I also hope that Malindo Air will provide PTV/IFE on all of its aircrafts and improve its inflight offering by giving the passengers more types of complimentary beverages such as juices, coffee & tea other than just a plain water.