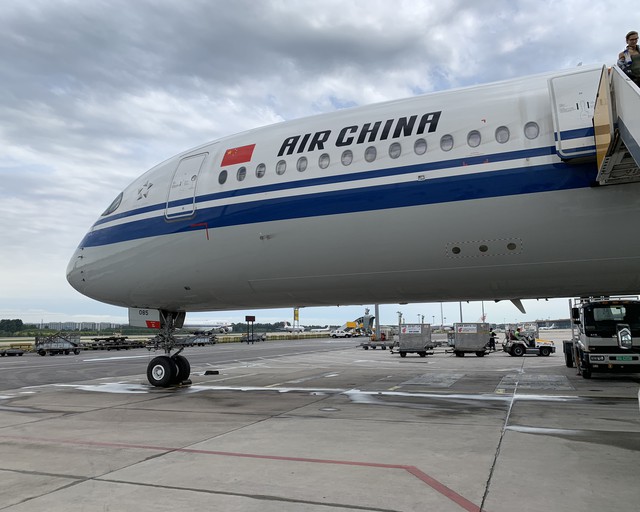 Good evening all passengers, this flight today will cover the first A350 flight for Air China on Flight-Report. This trip’s intention is vacation in Thailand, I got an excellent deal on my flight from LHR to BKK via PEK with Air China. I decided to take it and fly with them for the first time. Please note that this is not my first flight on the Airbus A350, and to be honest I missed flying on this bird, such a beautiful and stable aircraft!

Here I am driving towards Heathrow on the M25, in bound to catch CA856 from London Heathrow T2 to Beijing Capital international airport. The scheduled aircraft is an Airbus A350-900, delivered in August 2018 to Air China, is registered as B-1085.   That's how the sky looked like on approach to Heathrow! 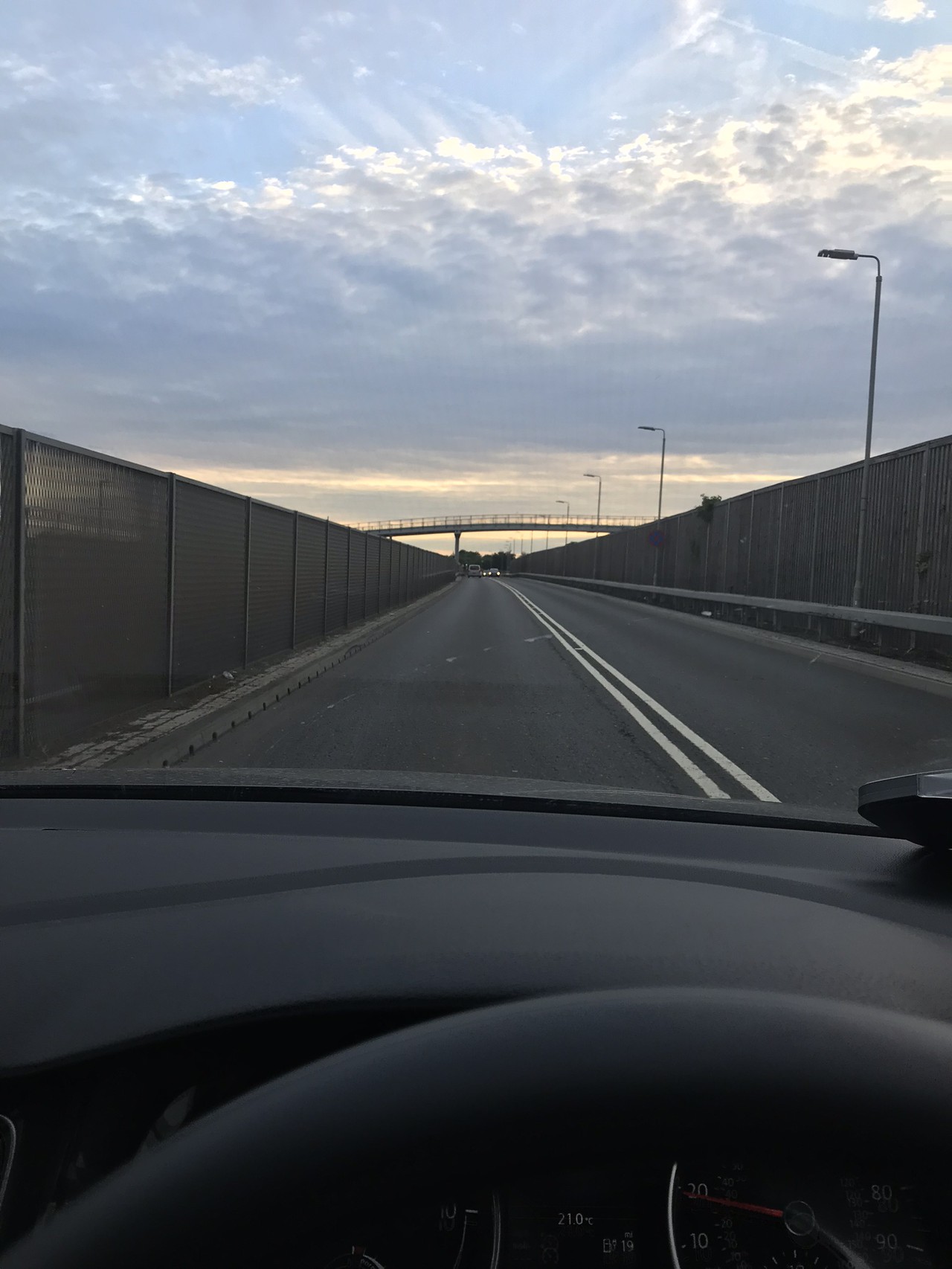 Eligible for Business and First class check in, this area was quite empty, but some passengers were causing some headache to the Check-In agents. They kept litter behind them while leaving.. 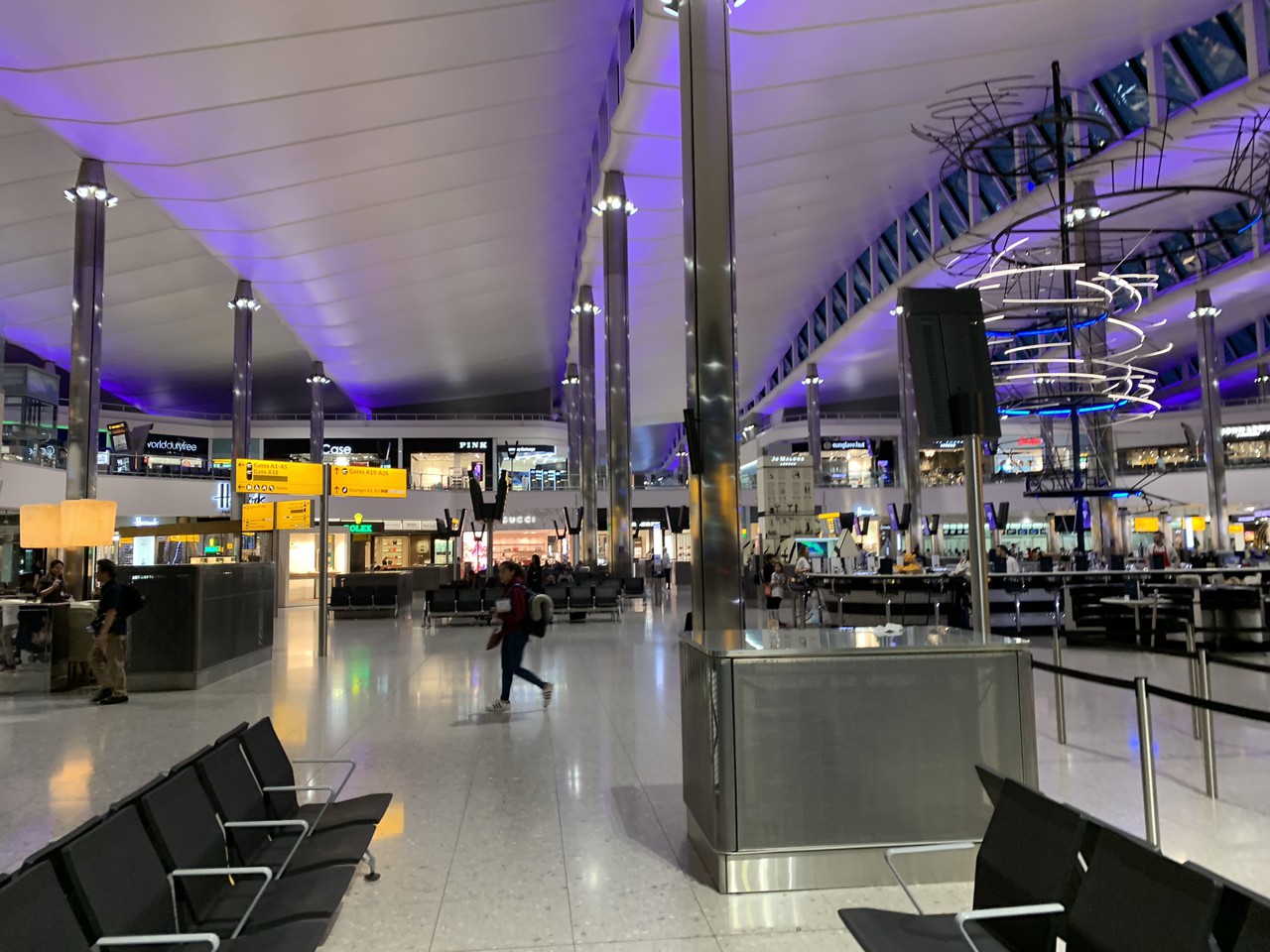 Terminal 2 in Heathrow is so spacious and relaxing!
Anyways, after passing through the fast-track security, I notice a huge and clean terminal, with barely a few people in it, those were the passengers from Air China, Turkish Airlines, Egypt Air, and Aegean, that’s what I saw anyways, barely anyone! It is normal I believe since it was almost curfew time for aircraft flying from/to Heathrow, and those were some of the latest airlines in the terminal. Time to board, a loooong queue builds up for economy passengers, and to my surprise a gate agent did not approve my priority boarding, keeping me in the economy queue. The aircraft was full, and boarding took around 25 mins. The aircraft was equipped with WiFi 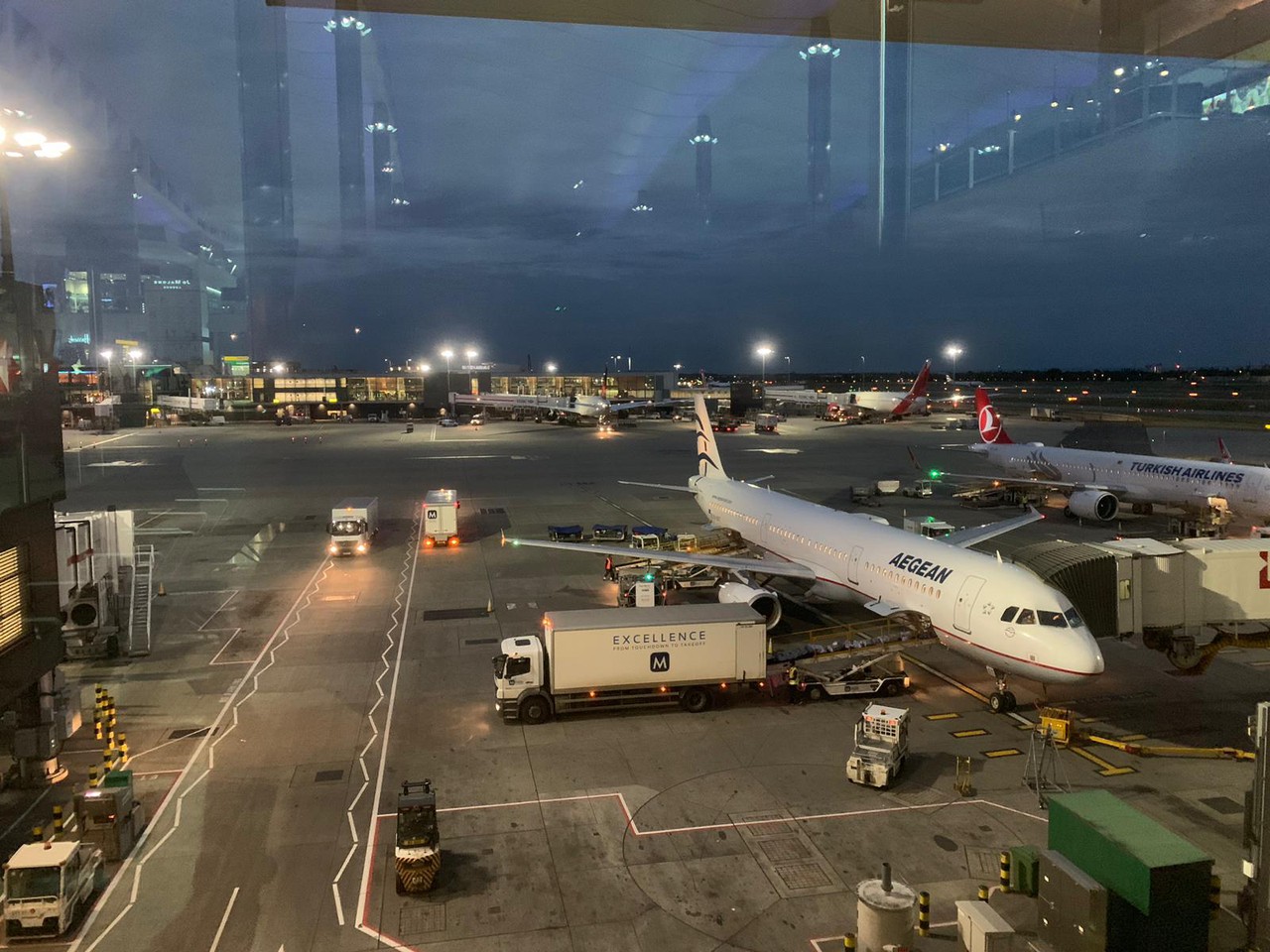 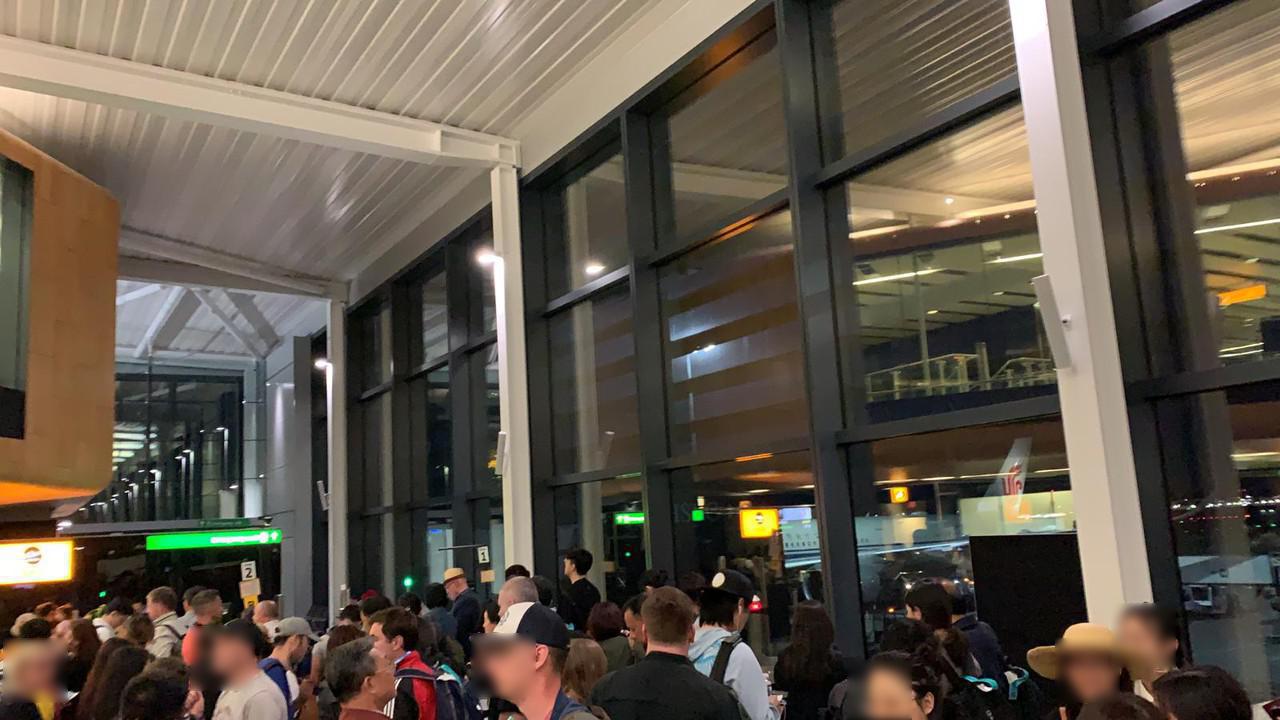 Once I stepped on board, the aircraft was still piping new, and was filling up quickly. The seats Air China chose for the economy class are the Recaro CL3710 with excellent legroom, the same ones MEA ordered for their upcoming A321neos. I’ve got to say; those seats are pretty comfy! I made it rested 9.5hours later! But sleeping was kind of an issue to me because I cannot sleep while seated. Already falling asleep at home is a challenge to me lol! The boarding music was a bit too loud for an overnight flight.. 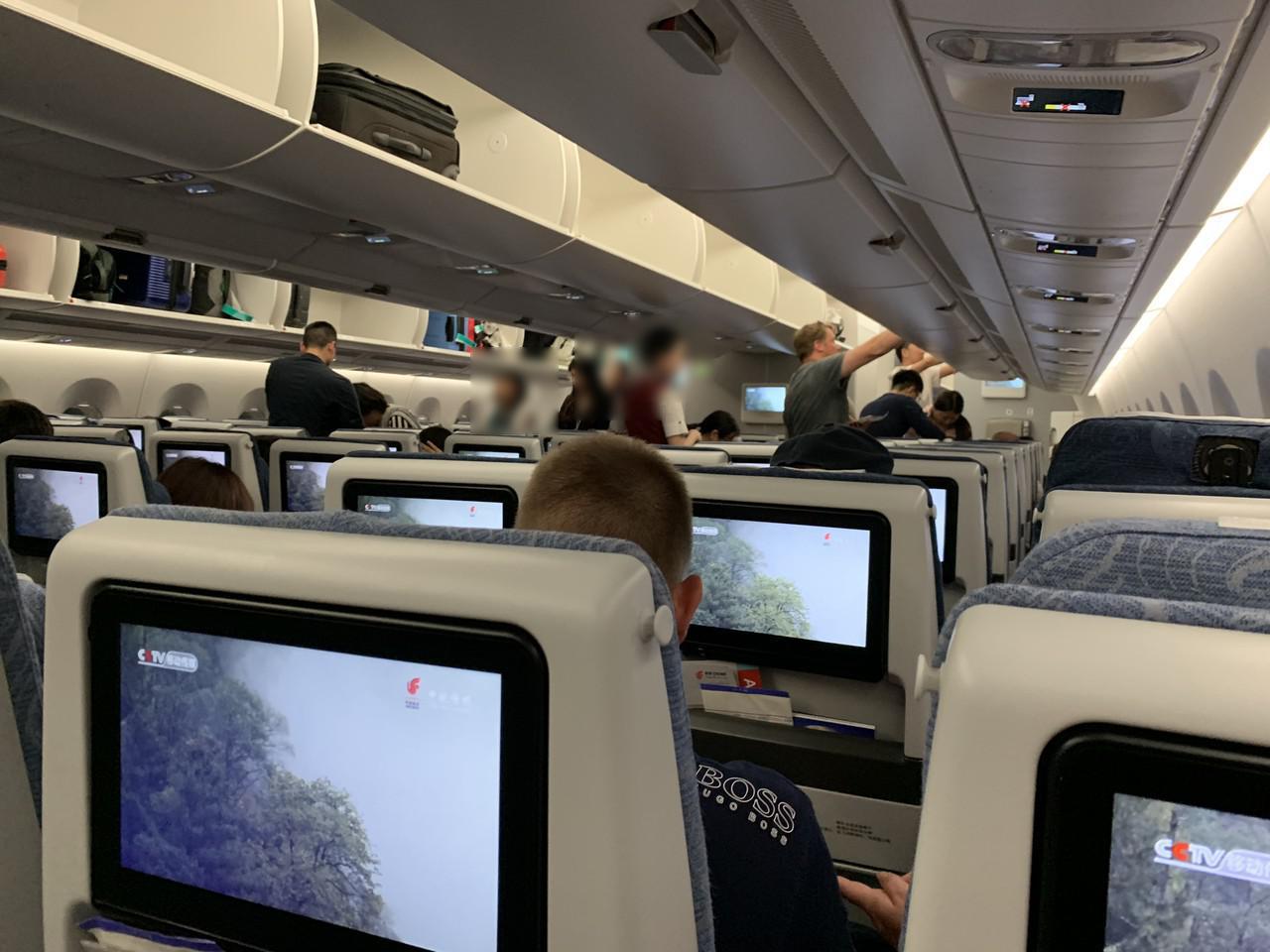 And that's the legroom. 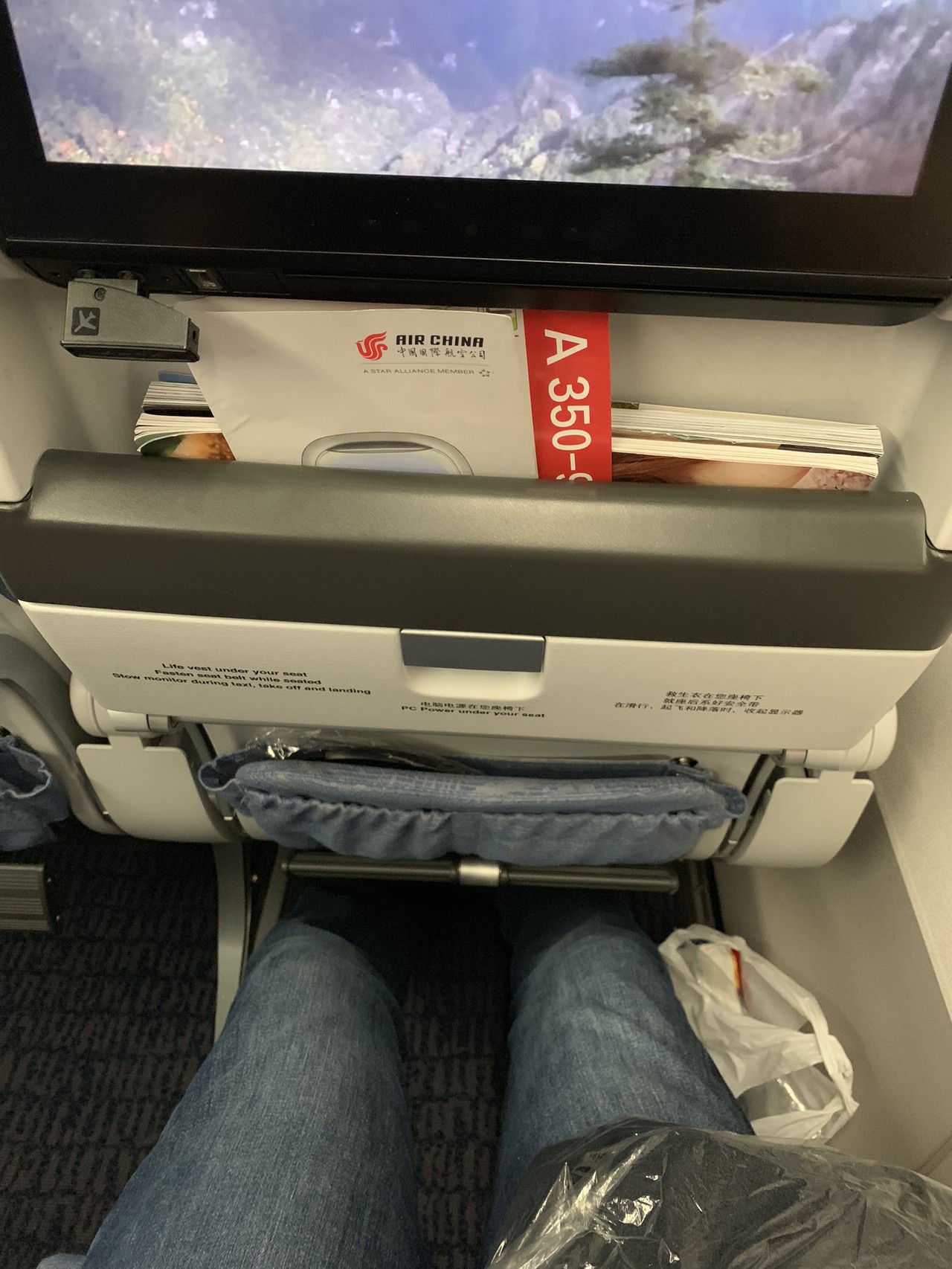 Mood lighting on, very comfortable for the eyes and off we go! 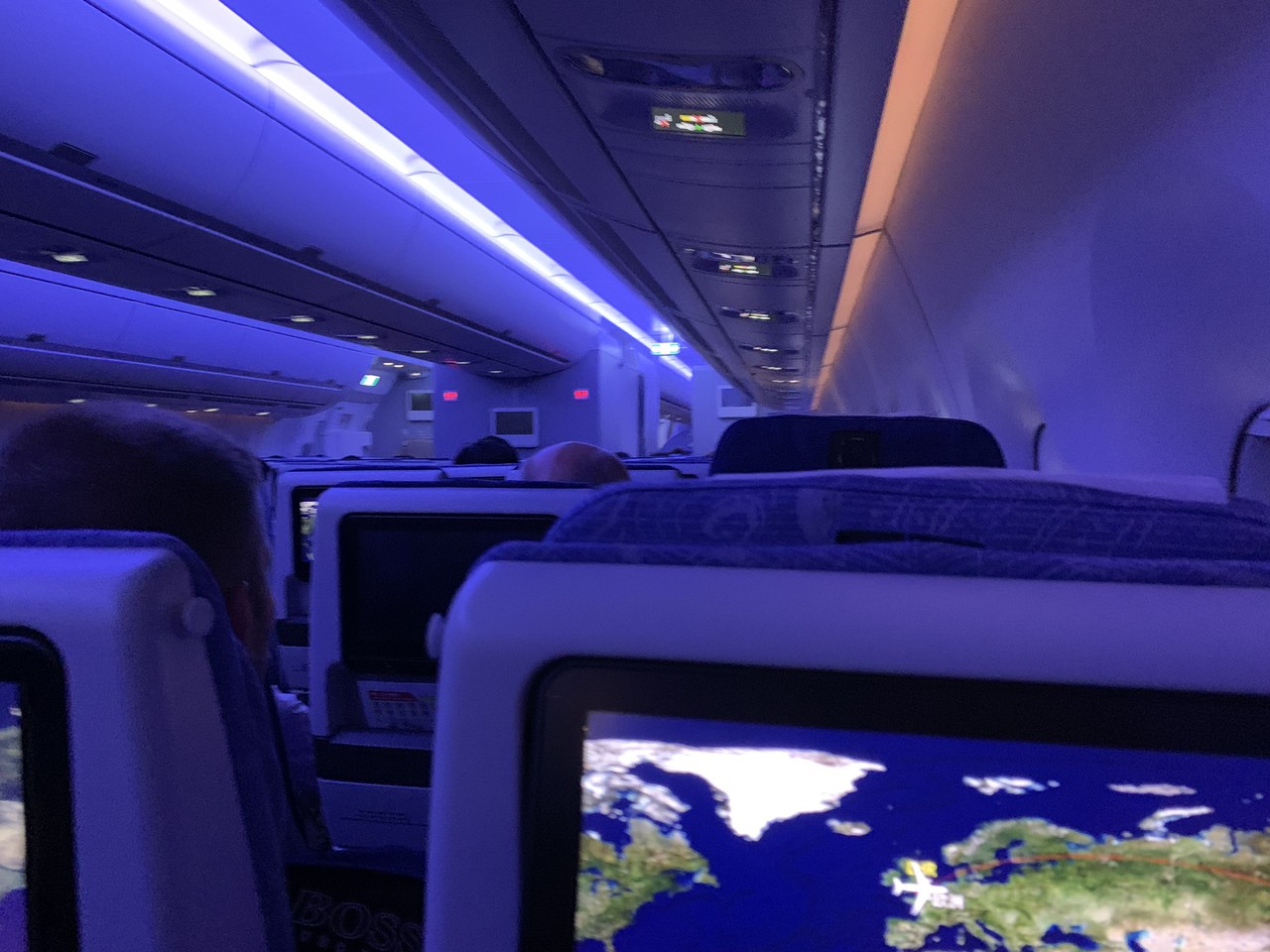 As soon as we departed, I had a beautiful view of Terminal 5, love it! There we are taking off runway 27L and we got the chance of having a beautiful air to ground shot, there you go! 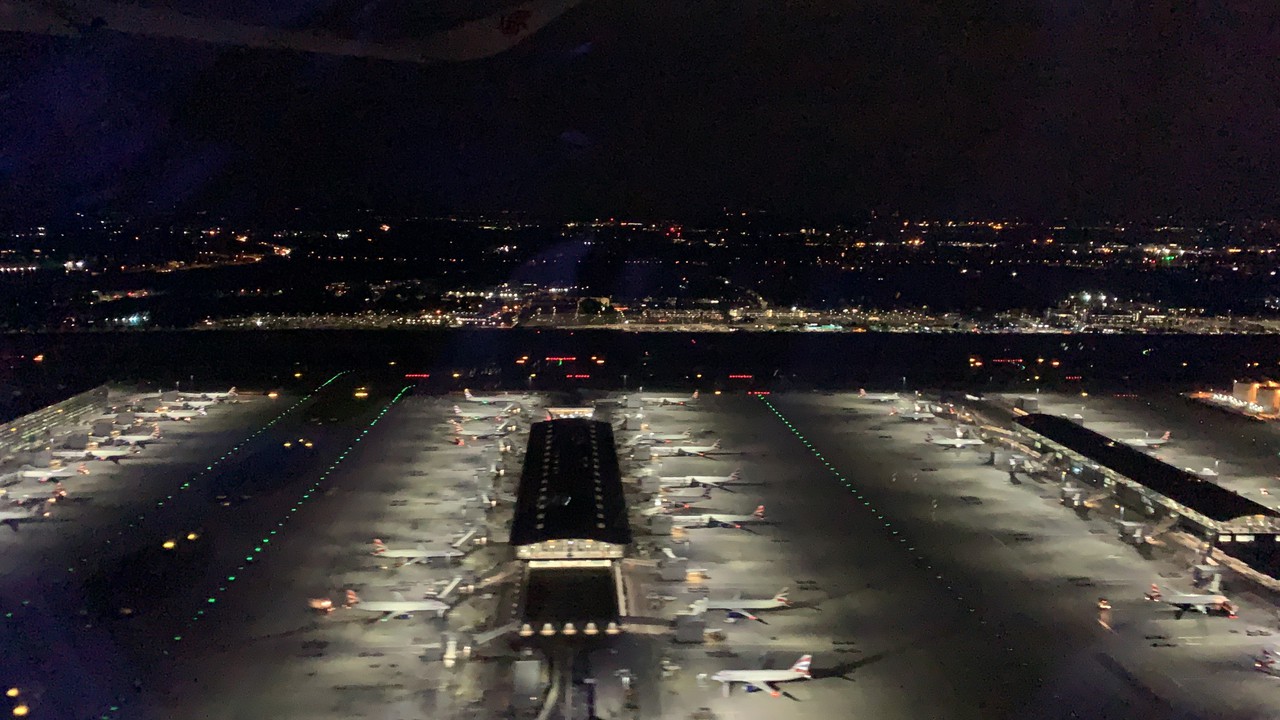 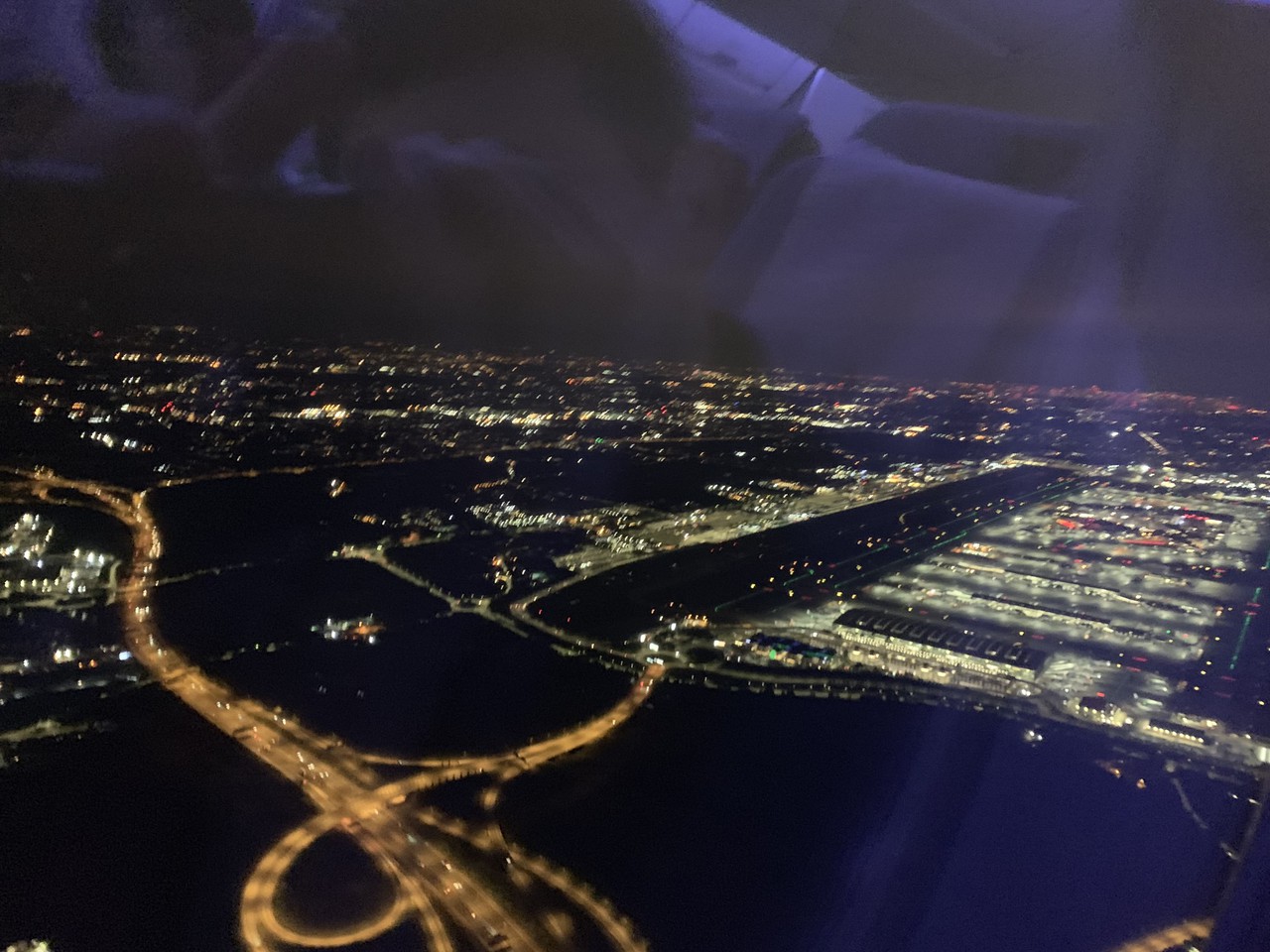 Although I selected English on the IFE, it was in Chinese. Choosing Chinese would be French, and choosing French would be English. After reaching cruising altitude, IFE started working and it is pretty responsive. Too bad IFE has to start 30 mins after departure! Beforehand it was only flight information. 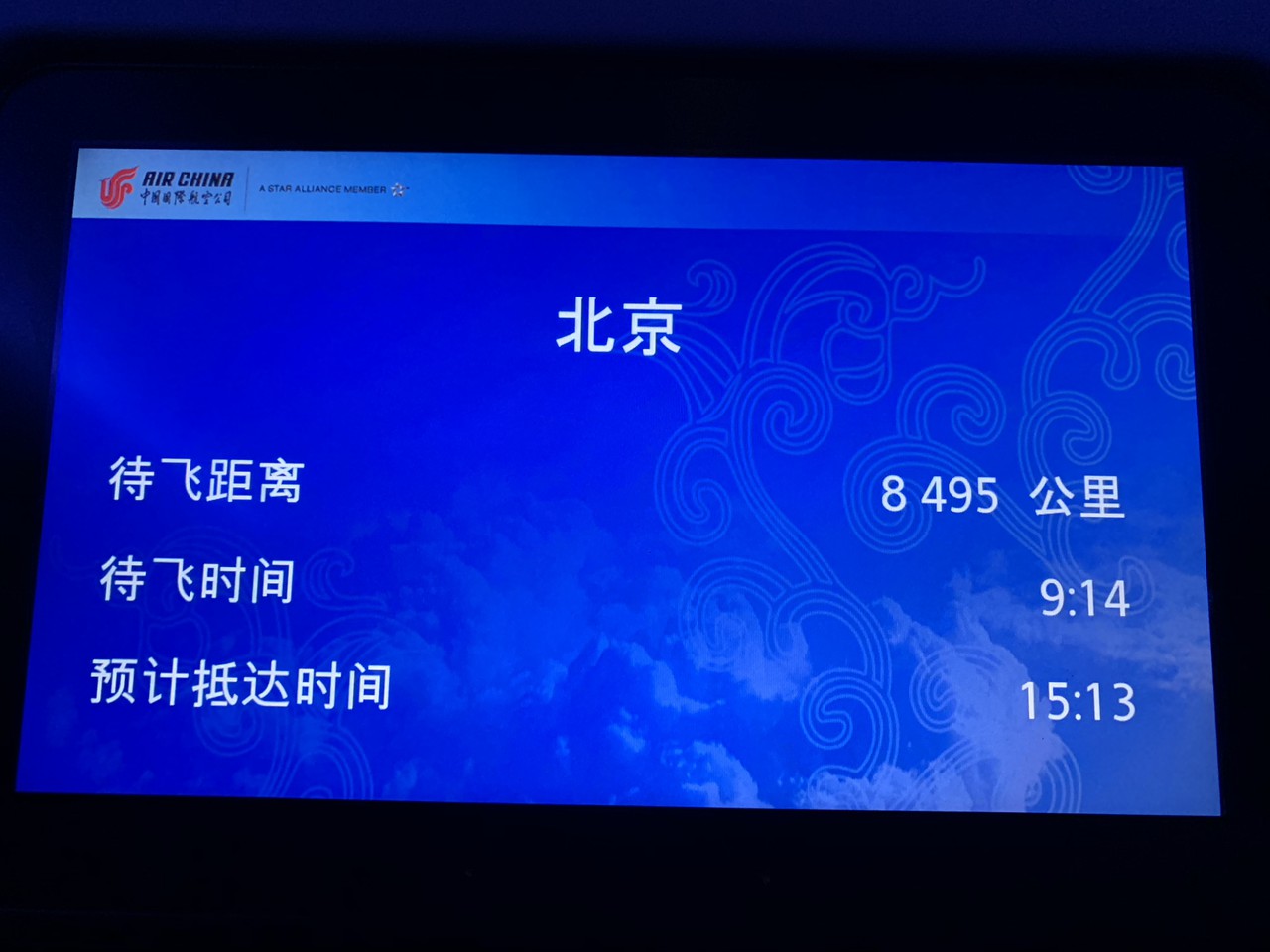 This was sorted at cruising altitude.
Then it was time for the service on board, I had a choice of Prawn with rice or Chicken Coque au Vin with potato puree. I opted for the chicken, I have got to tell you, this dish was DELICIOUS! I am very critique when it comes to food, and this one made me want to eat my fingers after the chicken!! Well done LHR catering and CA for this excellent choice. 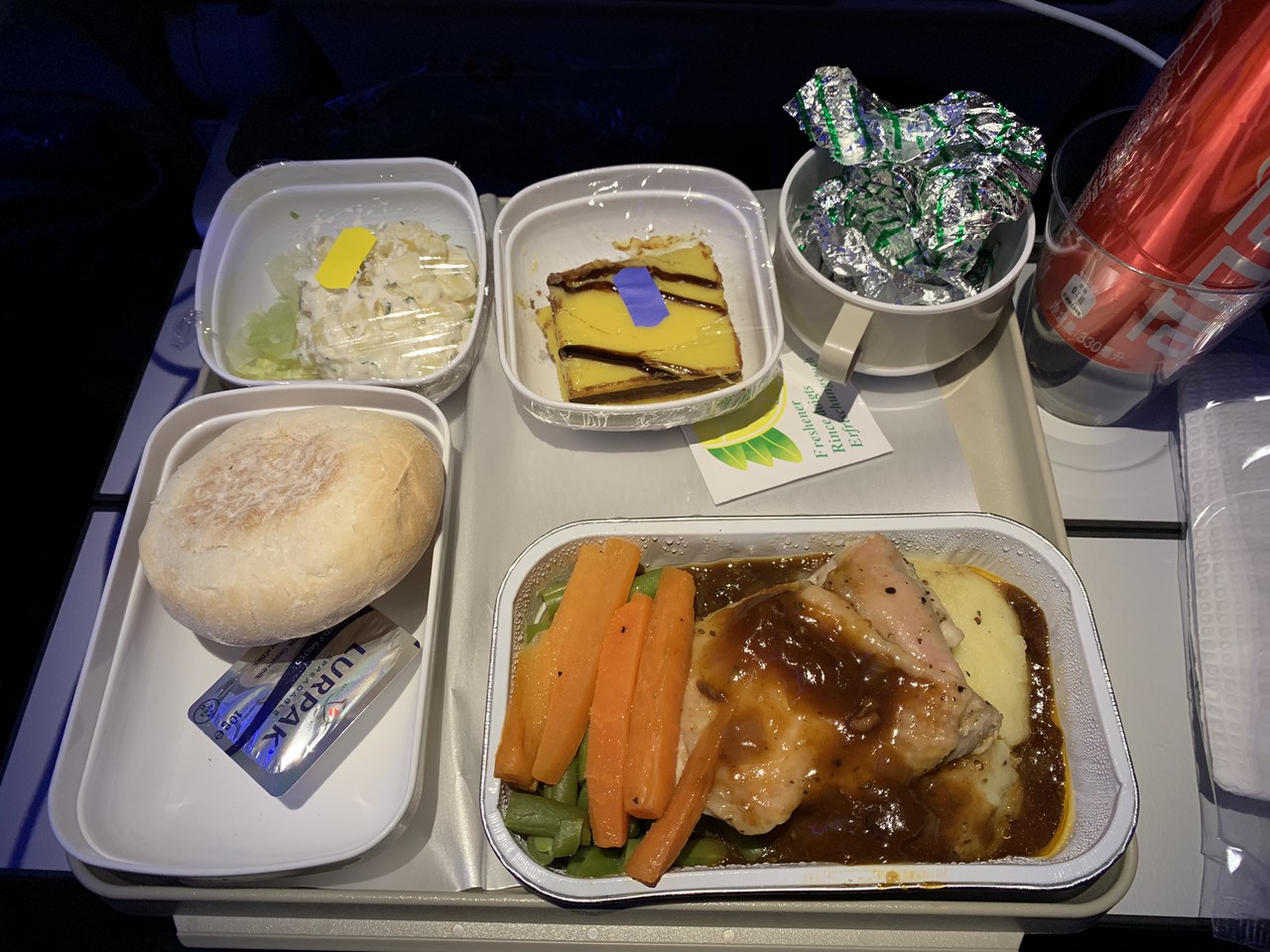 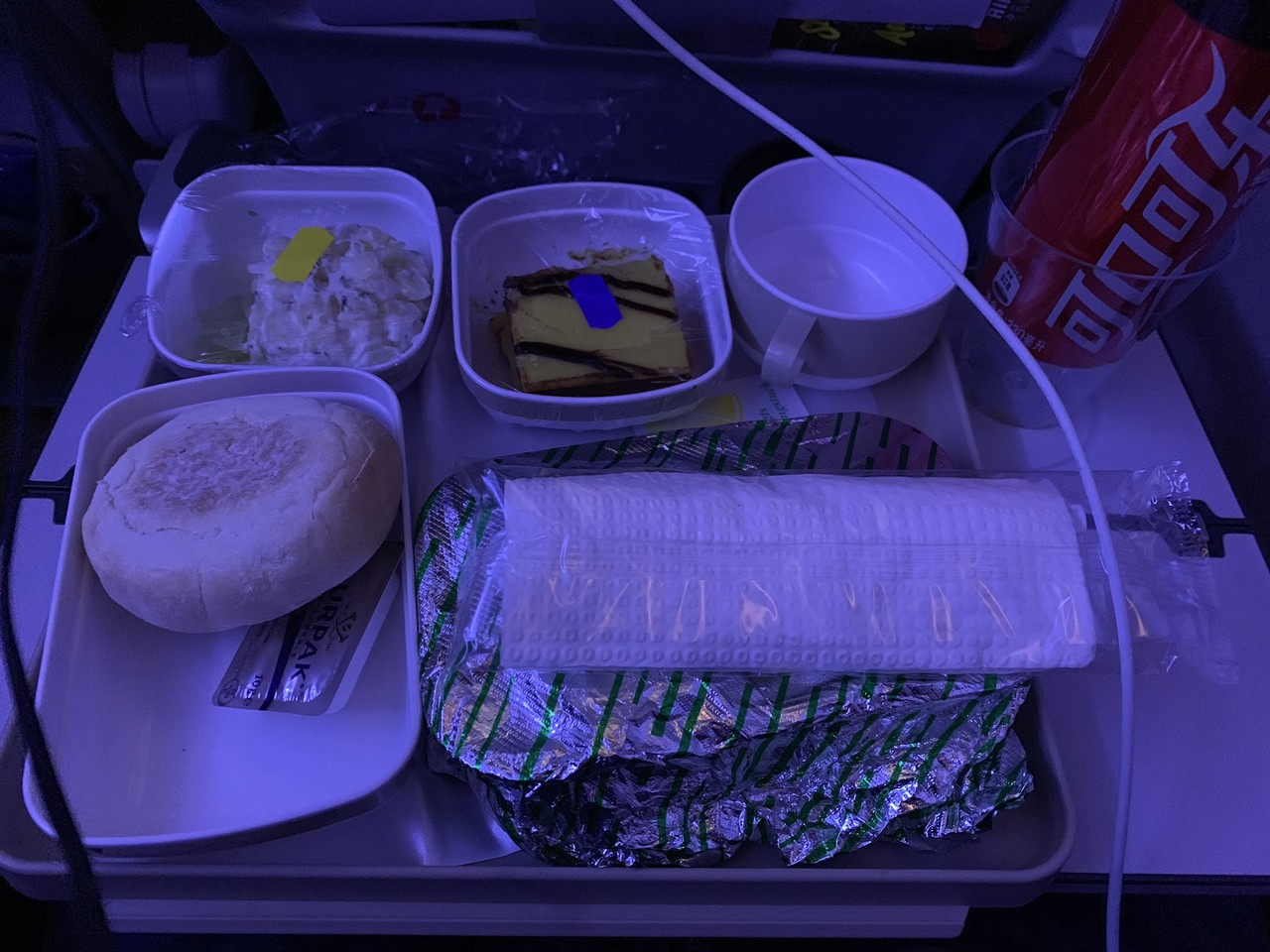 So after then, I tried to sleep, merely enough, but as I said, I am hard to sleep. The seats were reclinable and comfortable, one of the best in economy on my flights so far.

The cabin crew came and asked to shut the windows in order to keep PAX asleep and be gentle with the eyes and Jet Lag. 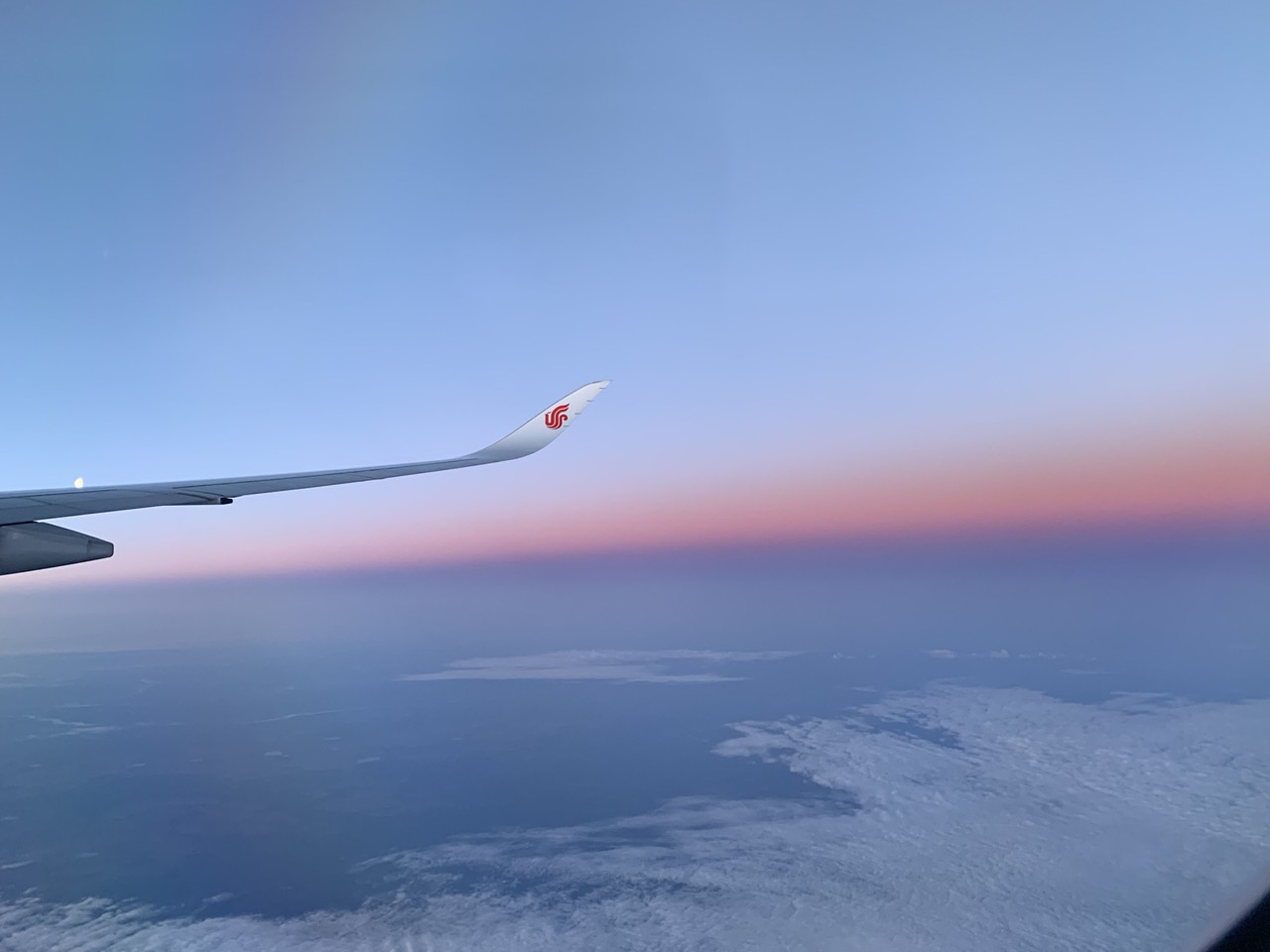 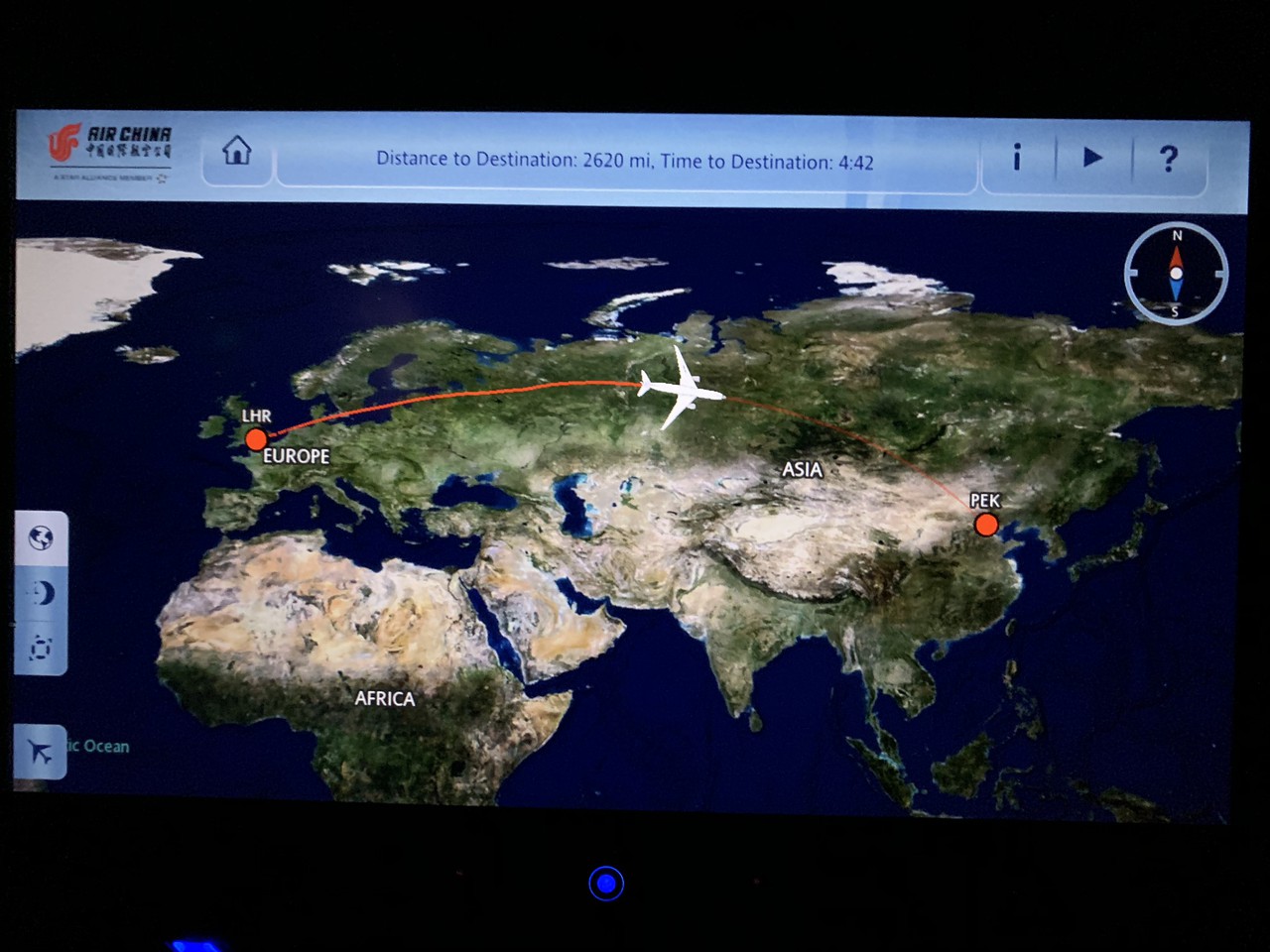 It is taking a bit too long 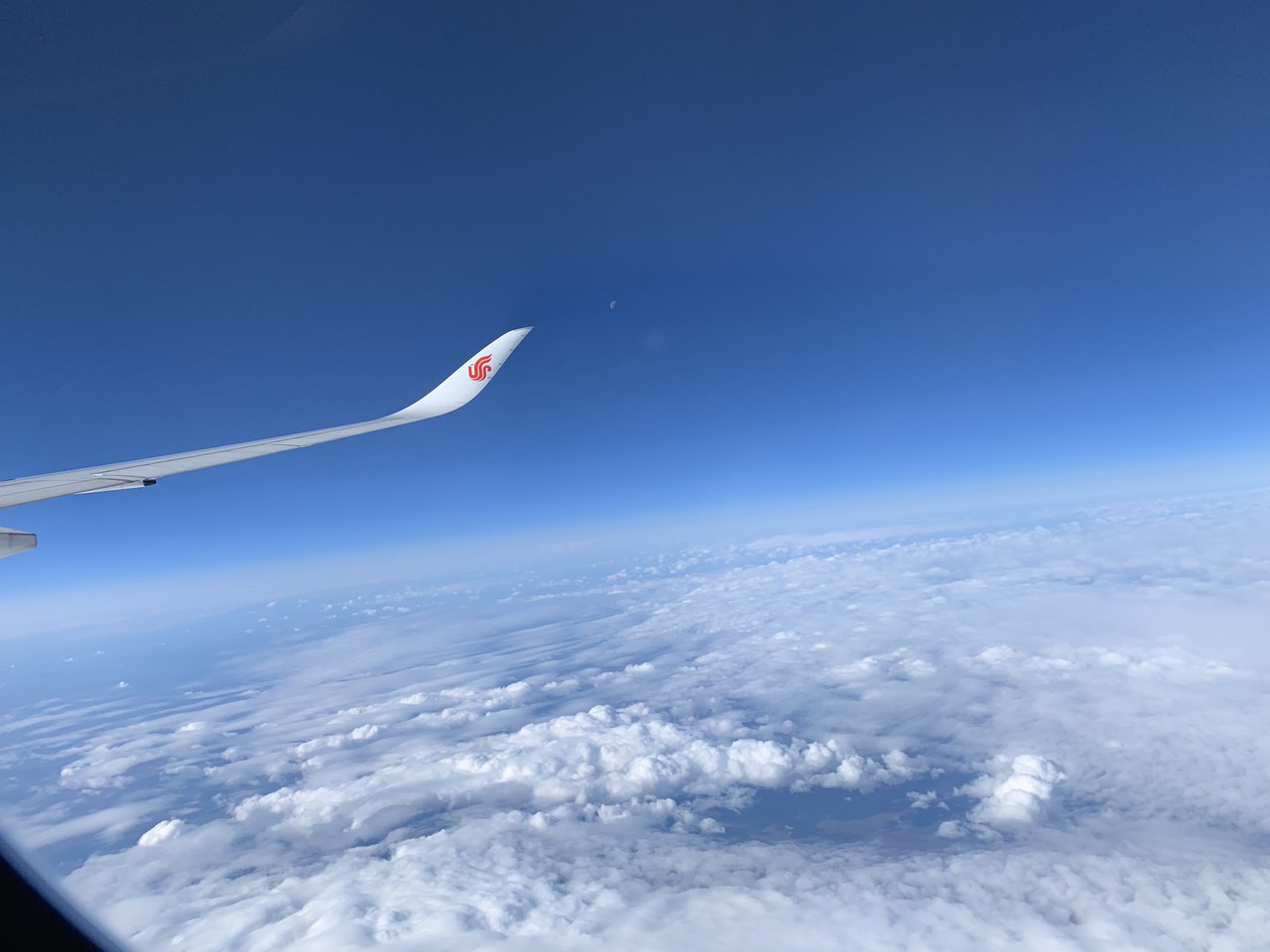 I tried connecting to WiFi, but it was unsuccessful until the last hour of the flight, only 50 devices can be connected simultaneously, unlimited data I had, but I was able to use it for only 1 hour, apparently I should pre-purchase a code. 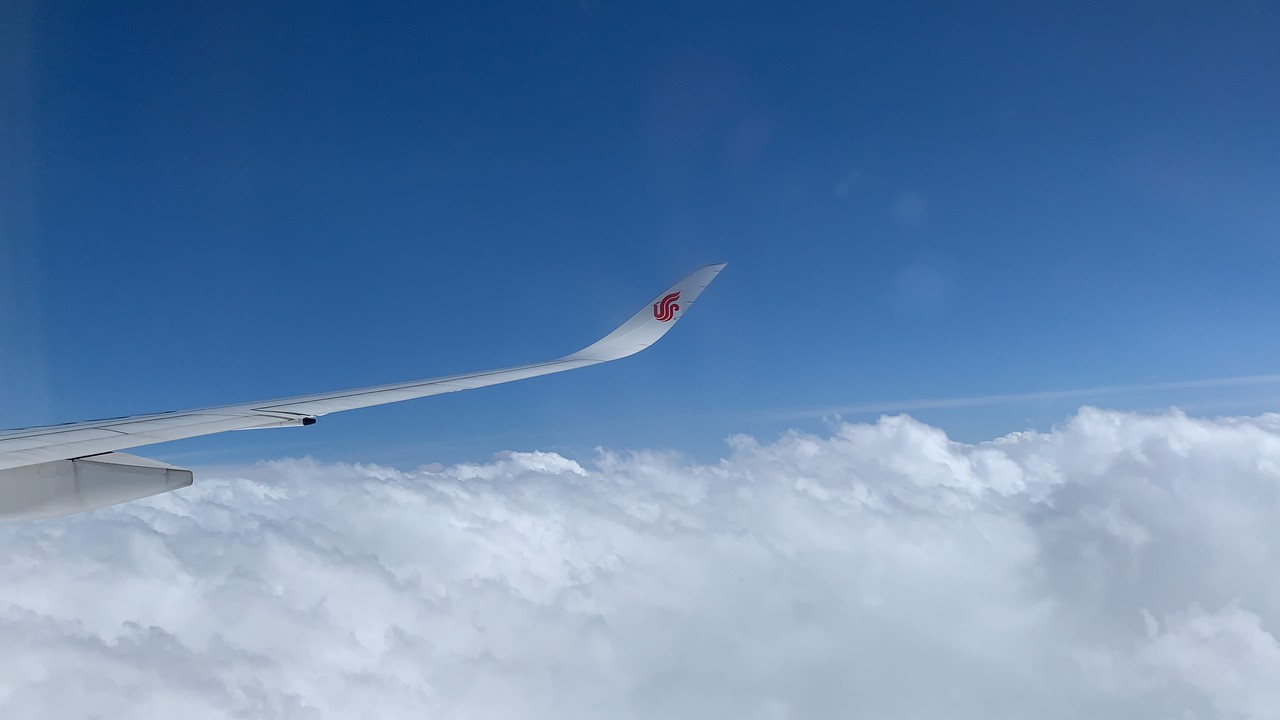 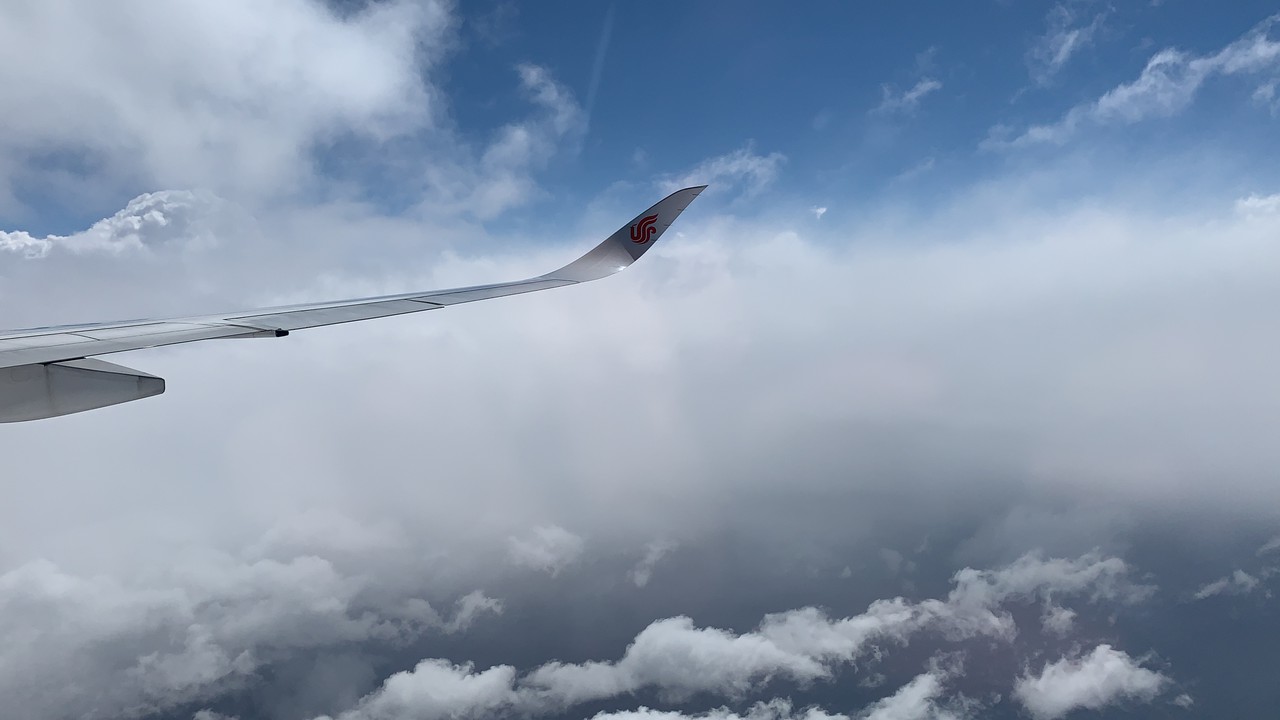 1hour and a half before arrival, the cabin crew came back with another full meal, this time it was breakfast. The choice was either Porridge or Omelette. I opted for the omelette, not really a fan of Porridge. There you go, breakfast presented below.
I tried to sneak in a picture of the Porridge without being noticed, this is what I could get. 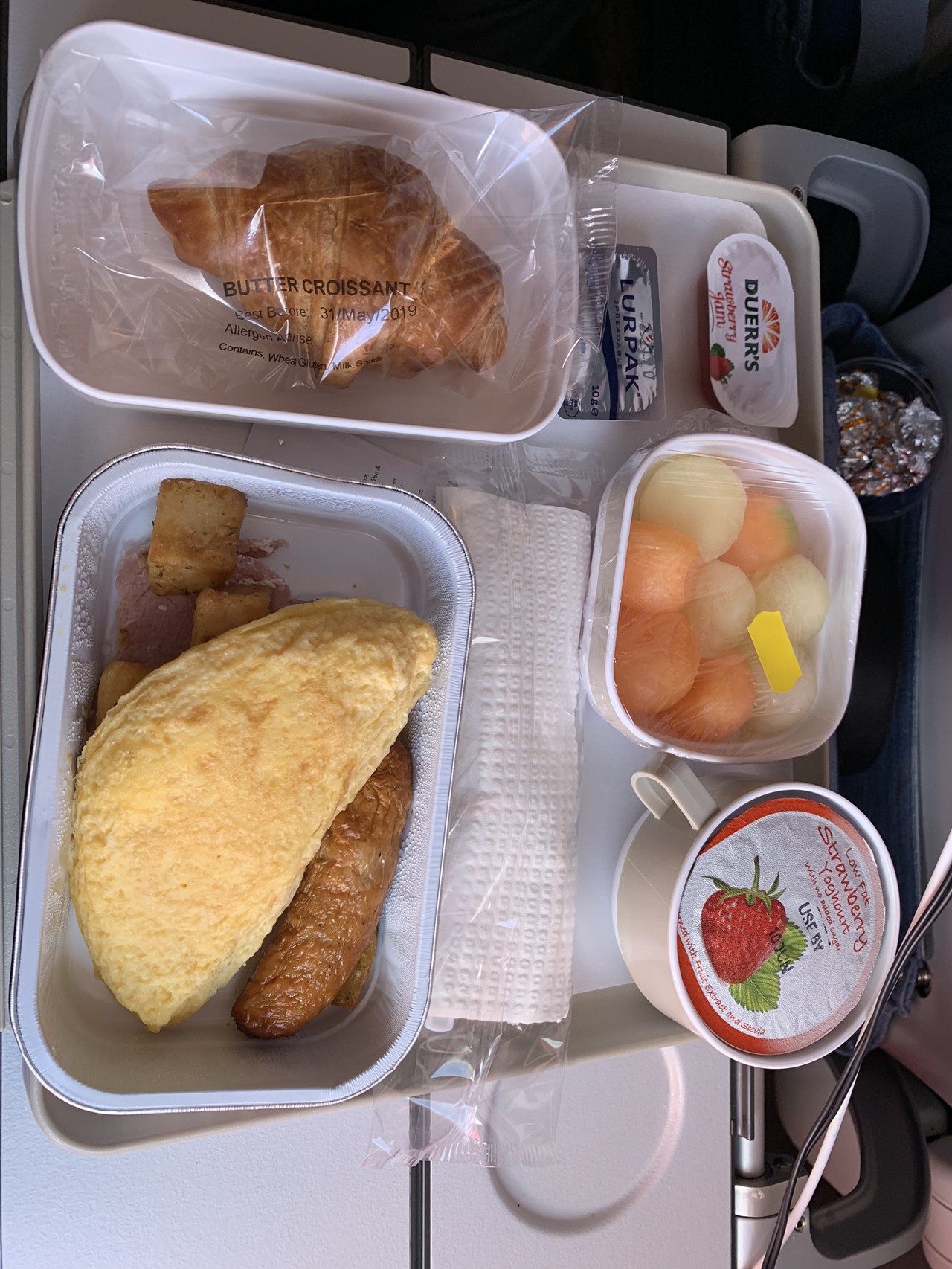 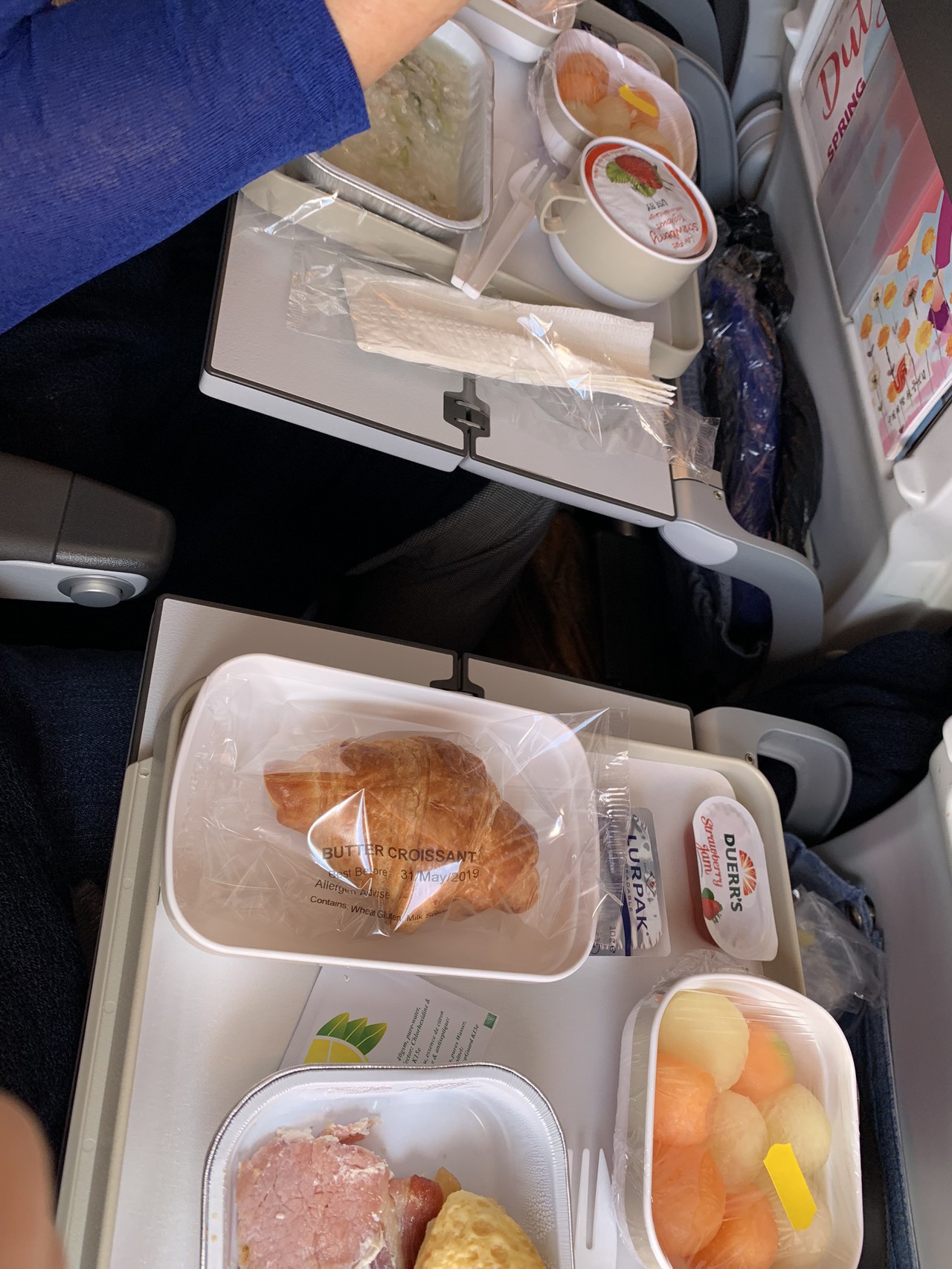 Then came time to start decent, the aircraft was shaking violently from turbulence, I love turbulence, but the passengers apparently did not, their screams did not seem to cheer the shakes, but for me it was very lovely.

And here is China on approach! 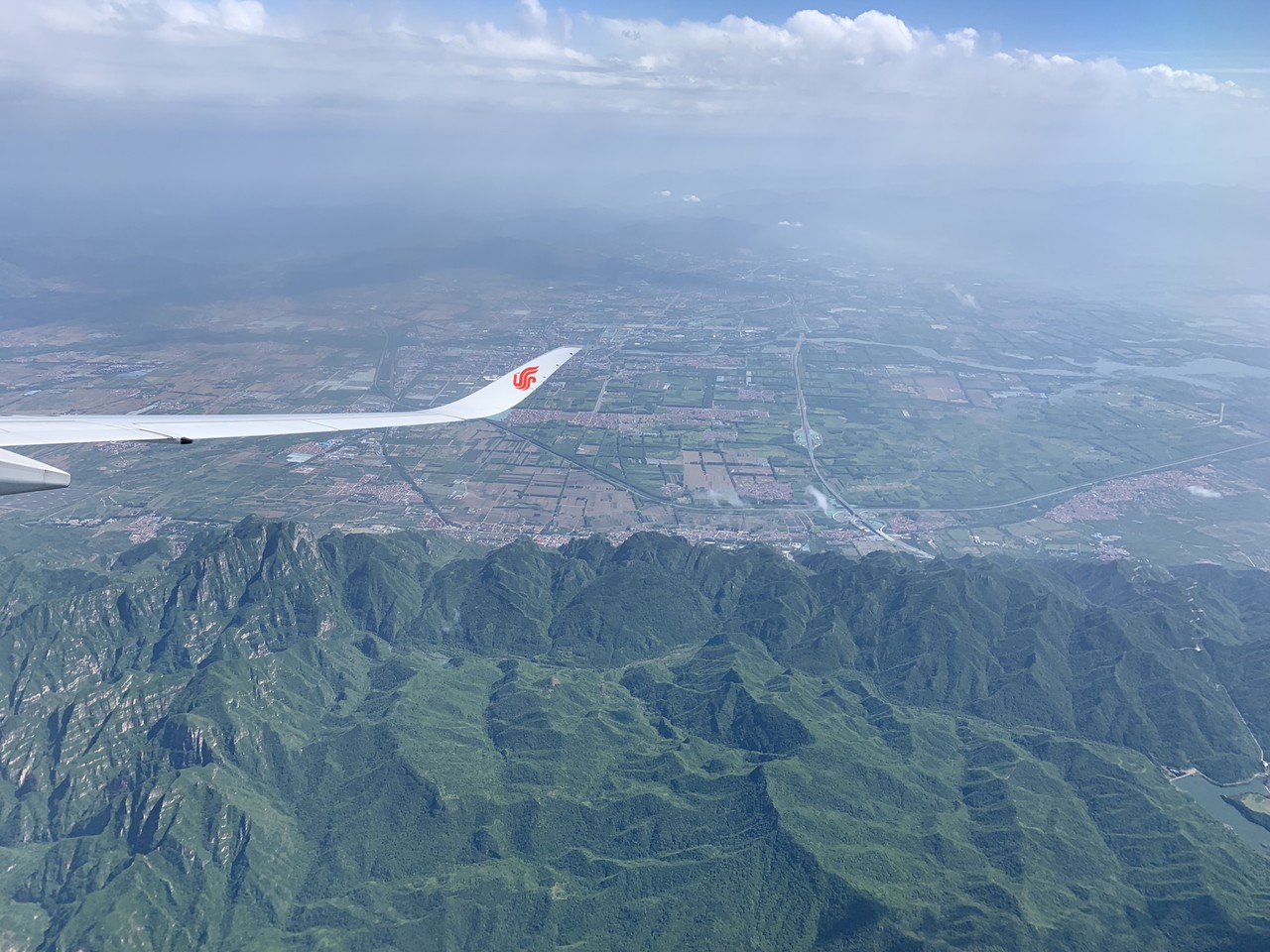 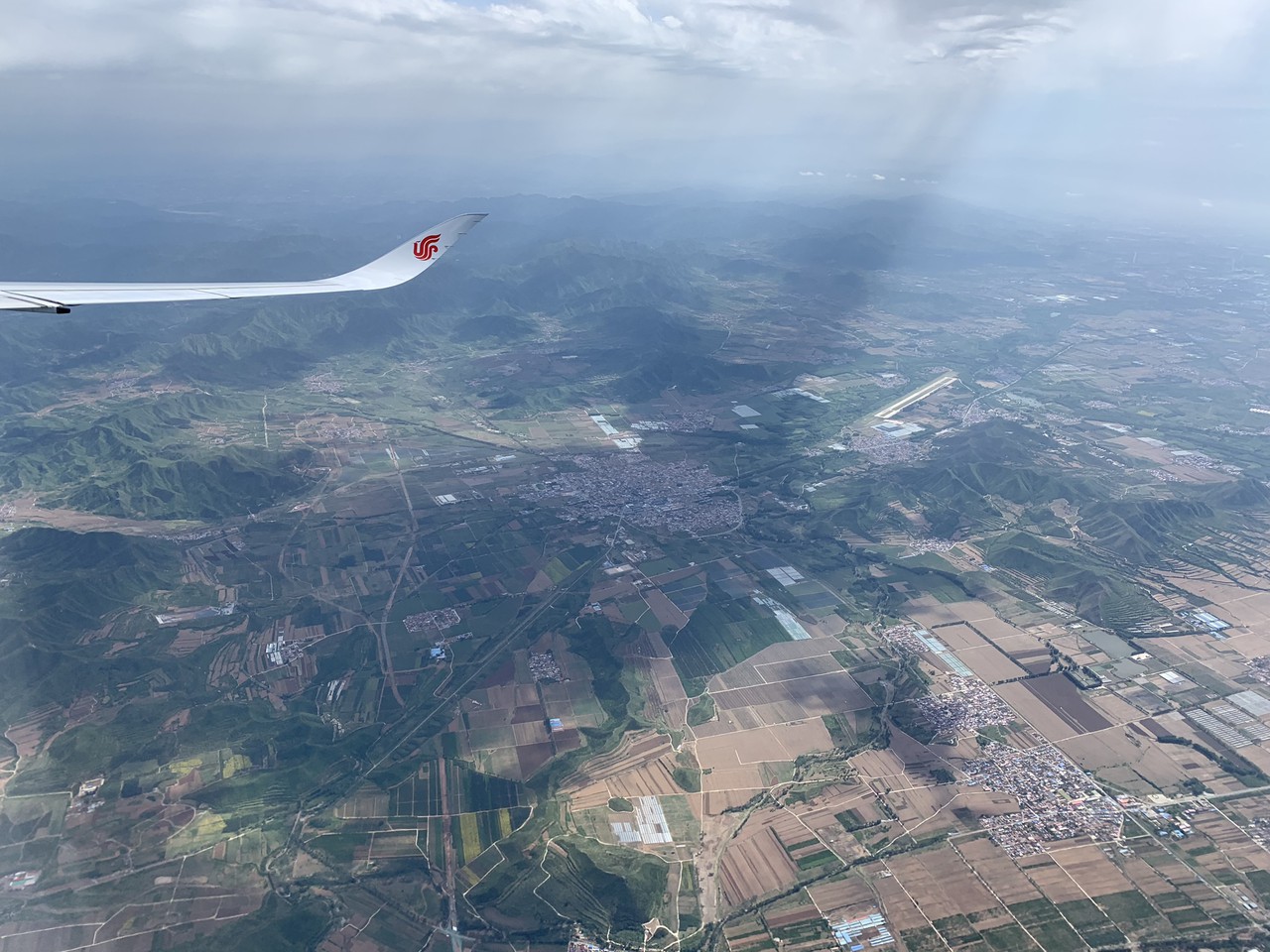 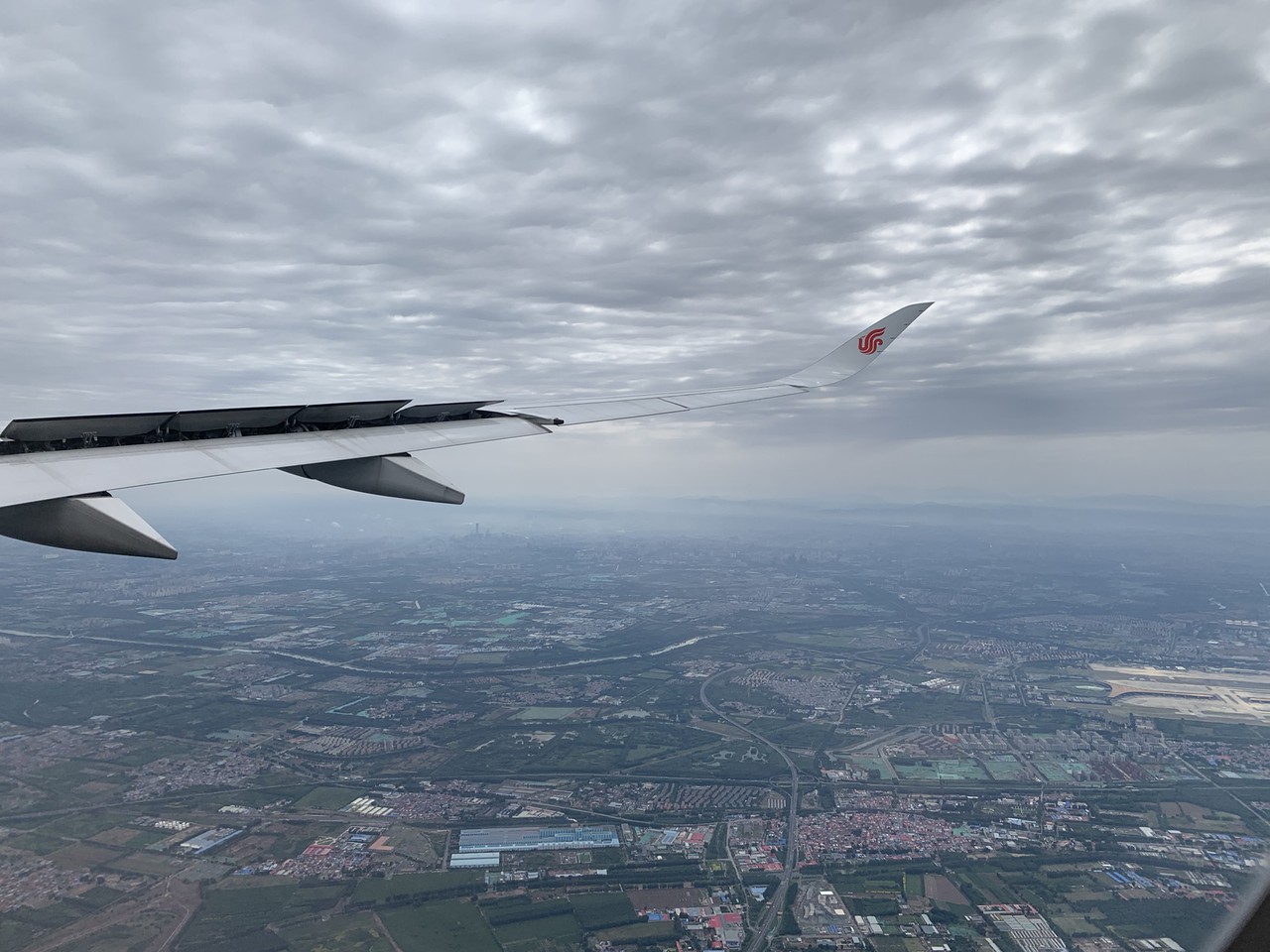 A bit closer to the ground! 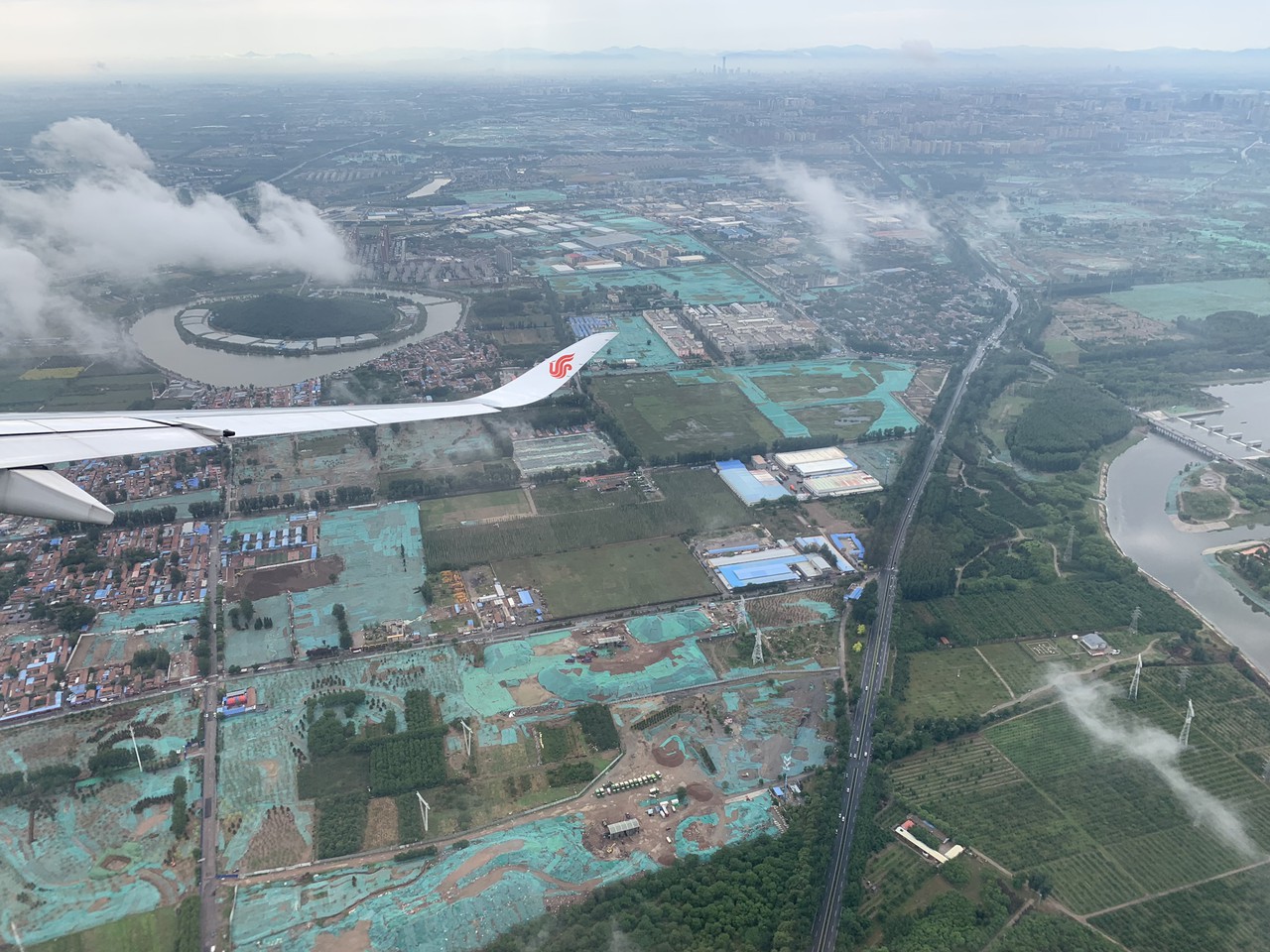 And here we are on a remote stand! 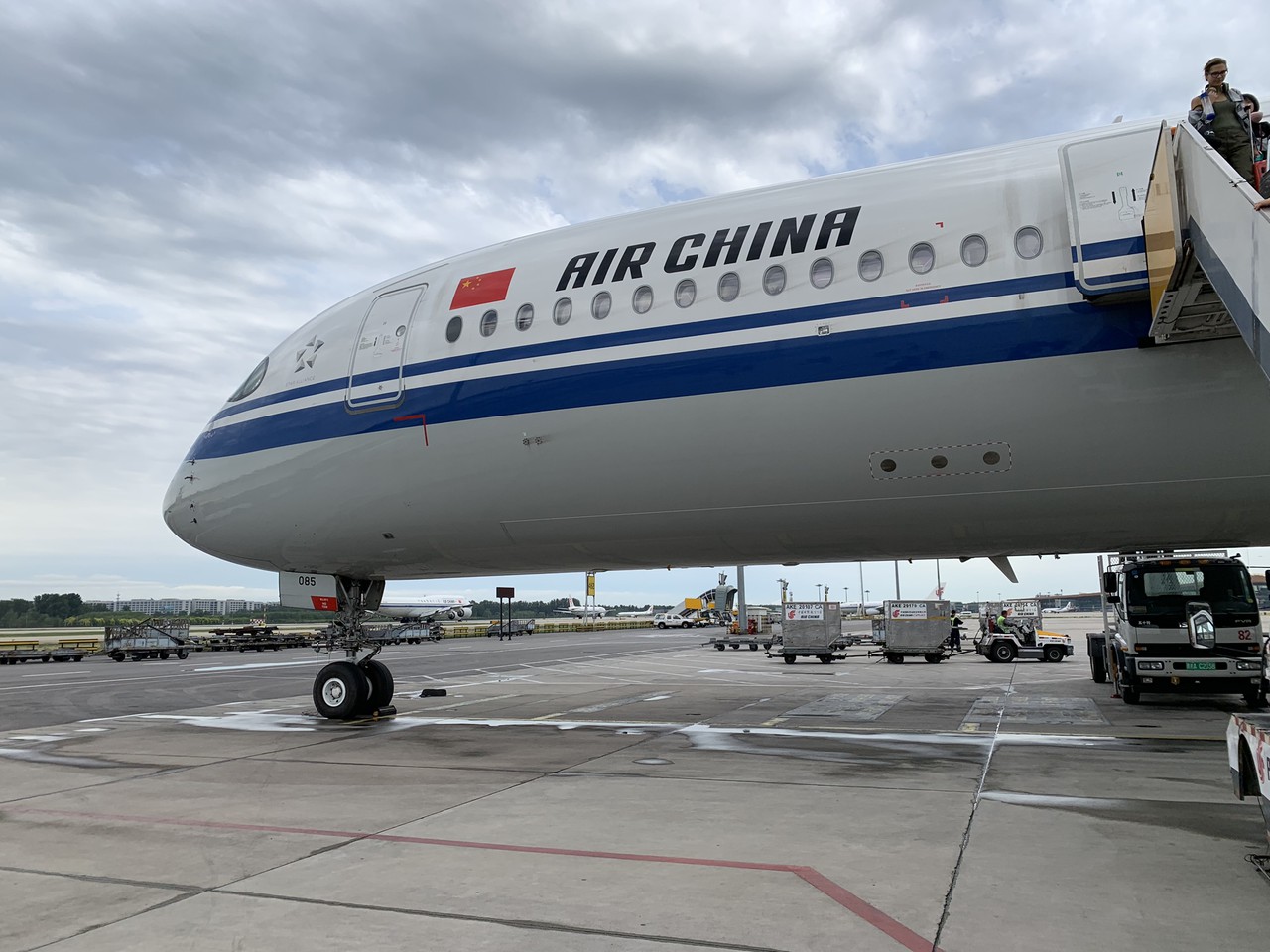 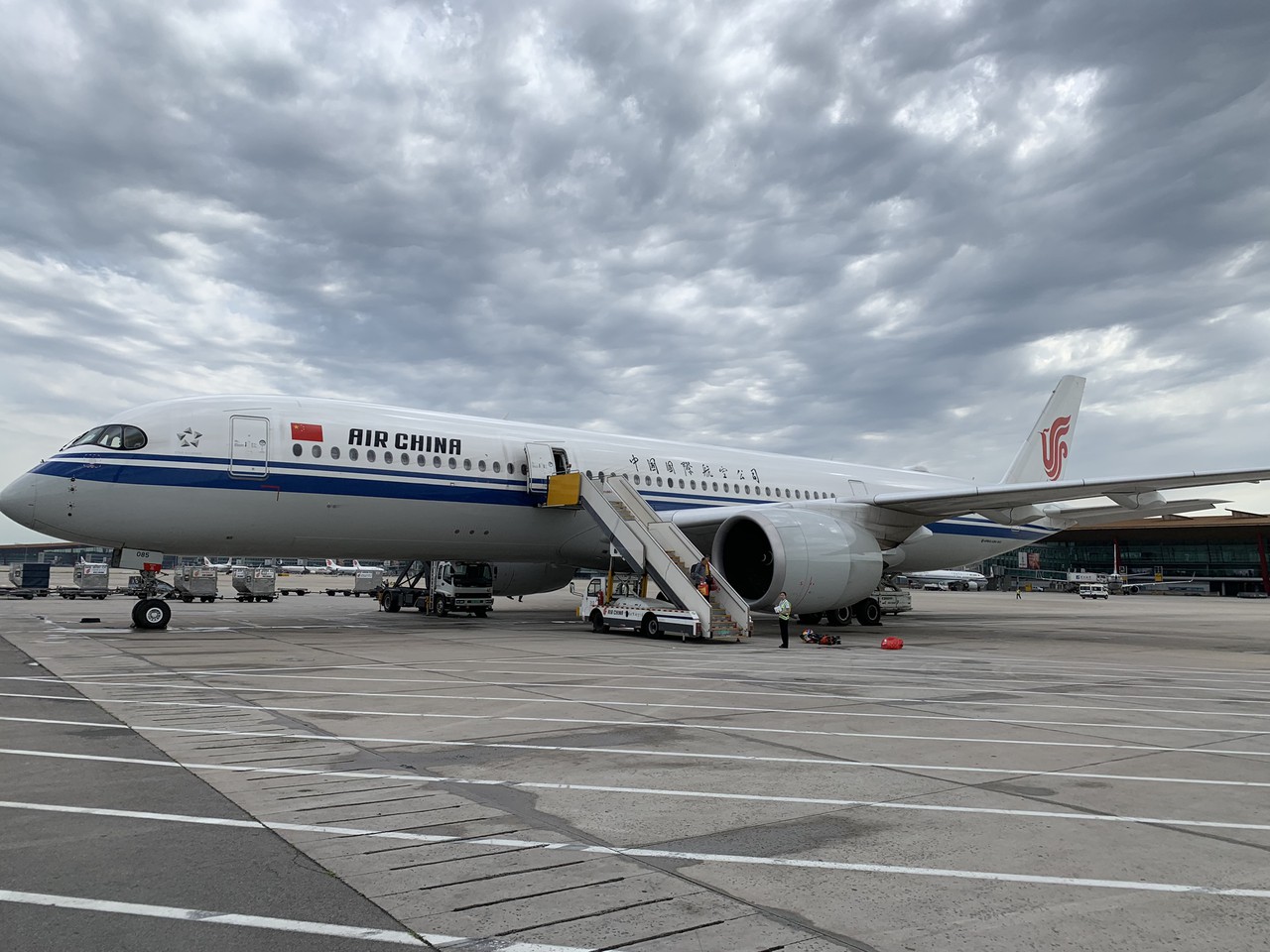 Hello big bird! Coming all the way from Dubai. 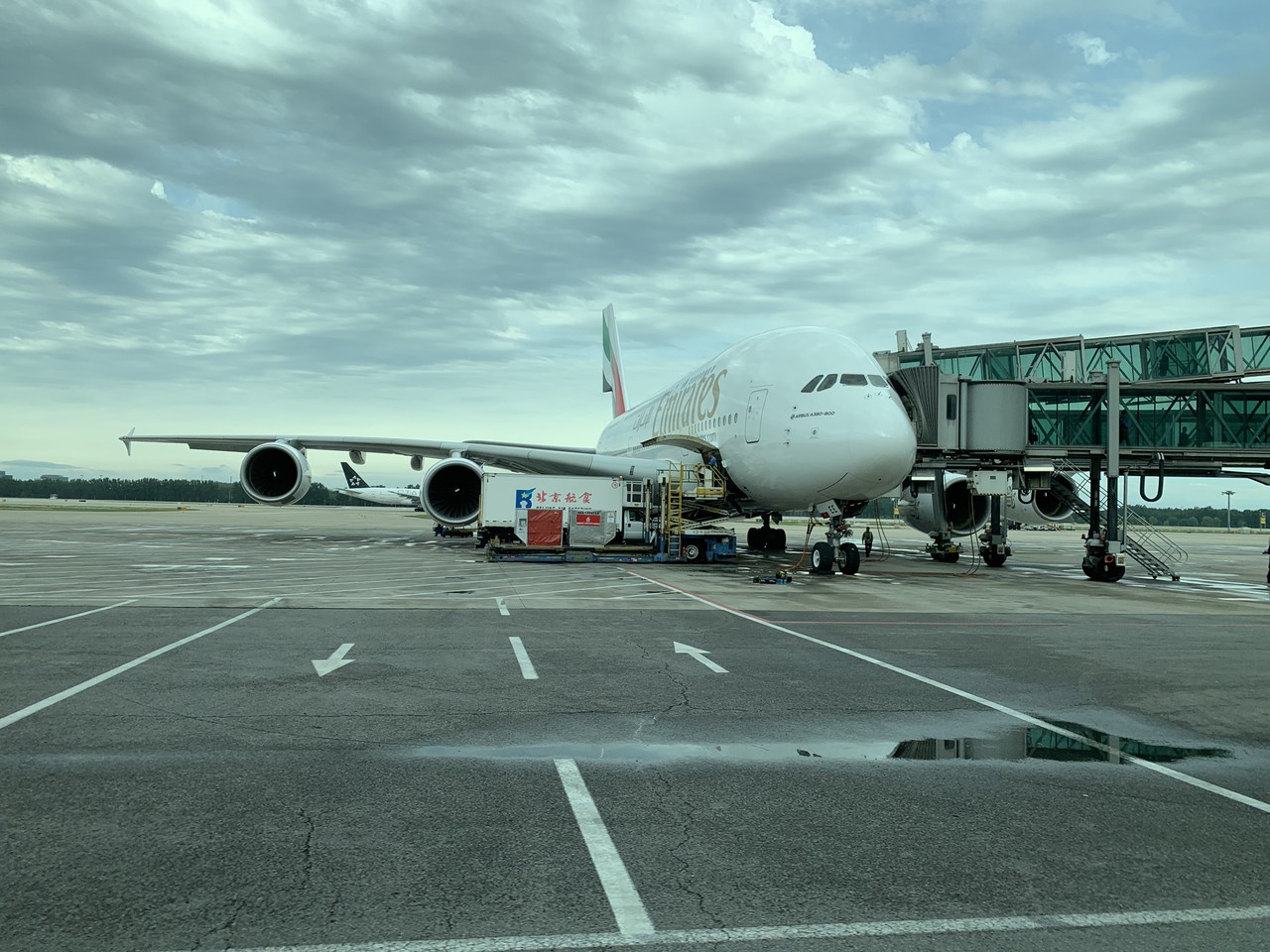 And that's a wrap from the terminal! 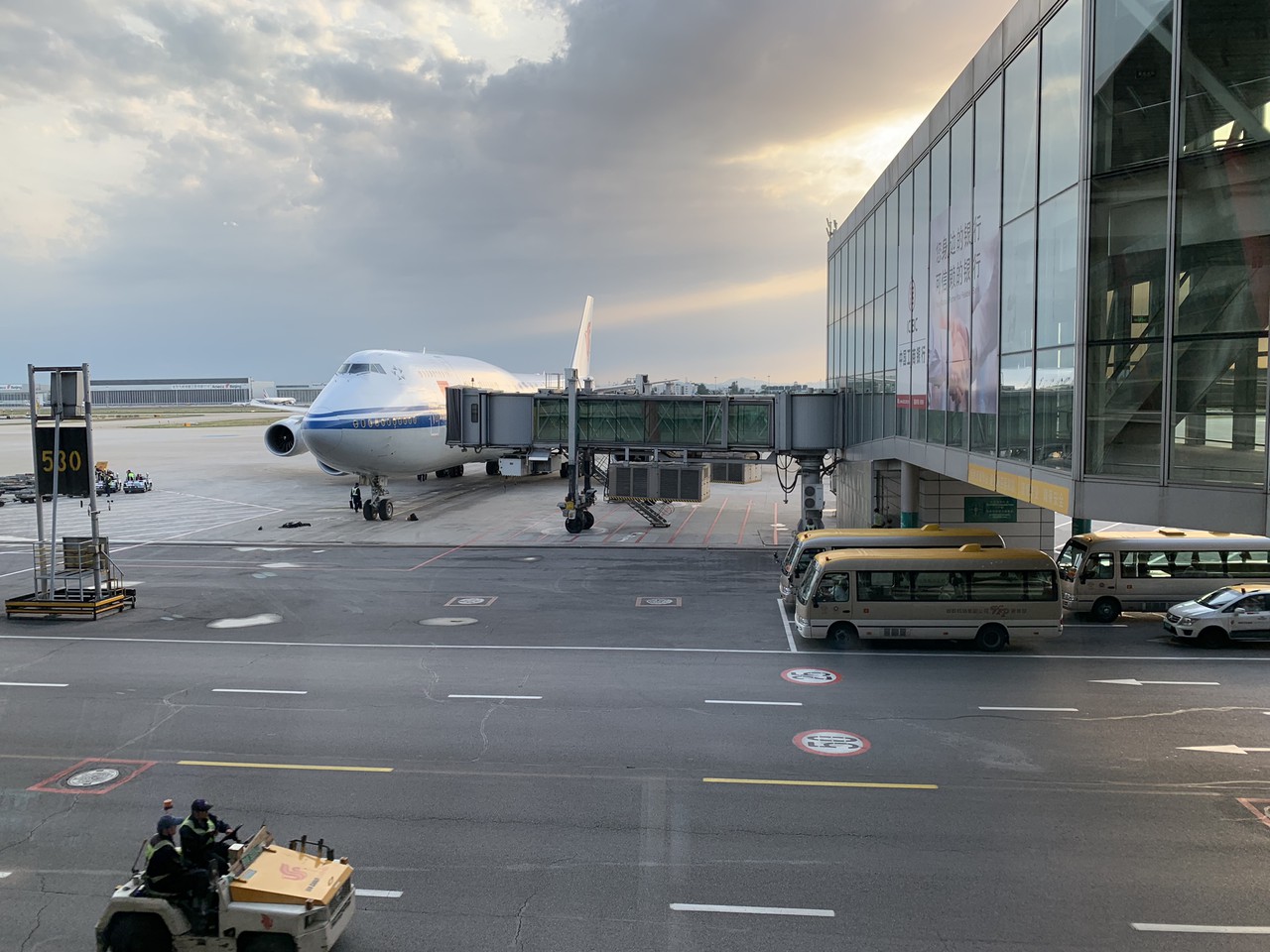 There comes the wrap of the flight.
Overall:
Smooth flight with a delicious meal. You won't feel hungry during the flight, but you can feel that there is not much flexibilty.
Cabin Crew: Not the friendliest but they help. Some barely speak English, but they are committed to their duties. As per safety on board, the seatbelt sign is always on, hence passengers are standing and the Cabin Crew don't do anything about it.
Entertainment: Large selection of movies and headphones are okay, not the best quality but still better than many airlines in Y class. WiFi was terrible, I only could connect for 5 minutes.
Meal:
Yum!!! Only breakfast wasn't that great but let's not forget, this food has been in the plane for more than 8 hours!
Will I fly Air China again? Yes, but I would rather choose Thai Airways or Cathay Pacific to fly to Asia.

The contributors of Flight-Report published 4 reviews of 2 airlines on the route London (LHR) → Beijing (PEK).

The average flight time is 10 hours and 0 minutes.