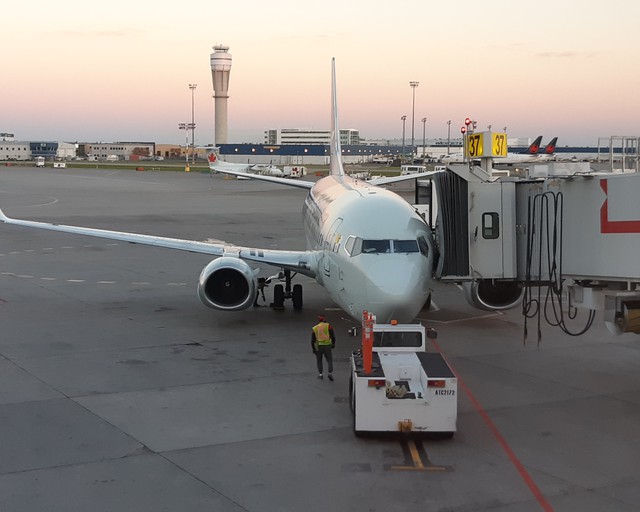 Hello everyone, and welcome back to another trip report. This is the start of my Summer 2019 travels taking me around Western Canada. My first flight is a bit of an oddball. It was sold by Air Transat, but operated by a Canadian North 737-300, with a Canadian North crew as well!

A YouTube trip report is coming in the next few weeks, so stay tuned! 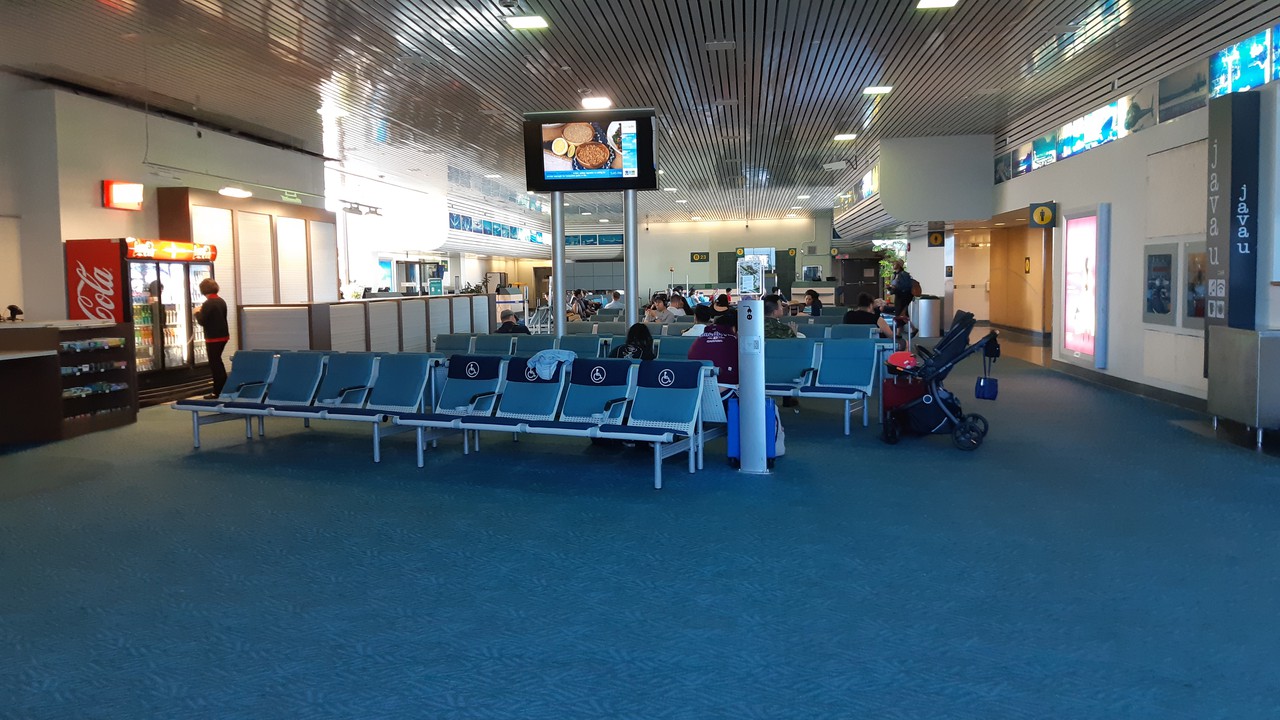 The old part of YVR.

My flight this evening unfortunately was departing from the old part of YVR which is not very nice, and defiantly the letdown of the airport. There was our flight, and a WestJet flight departing to Calgary around the same time, and the area got quite full after about 20 minutes after I took this photo. 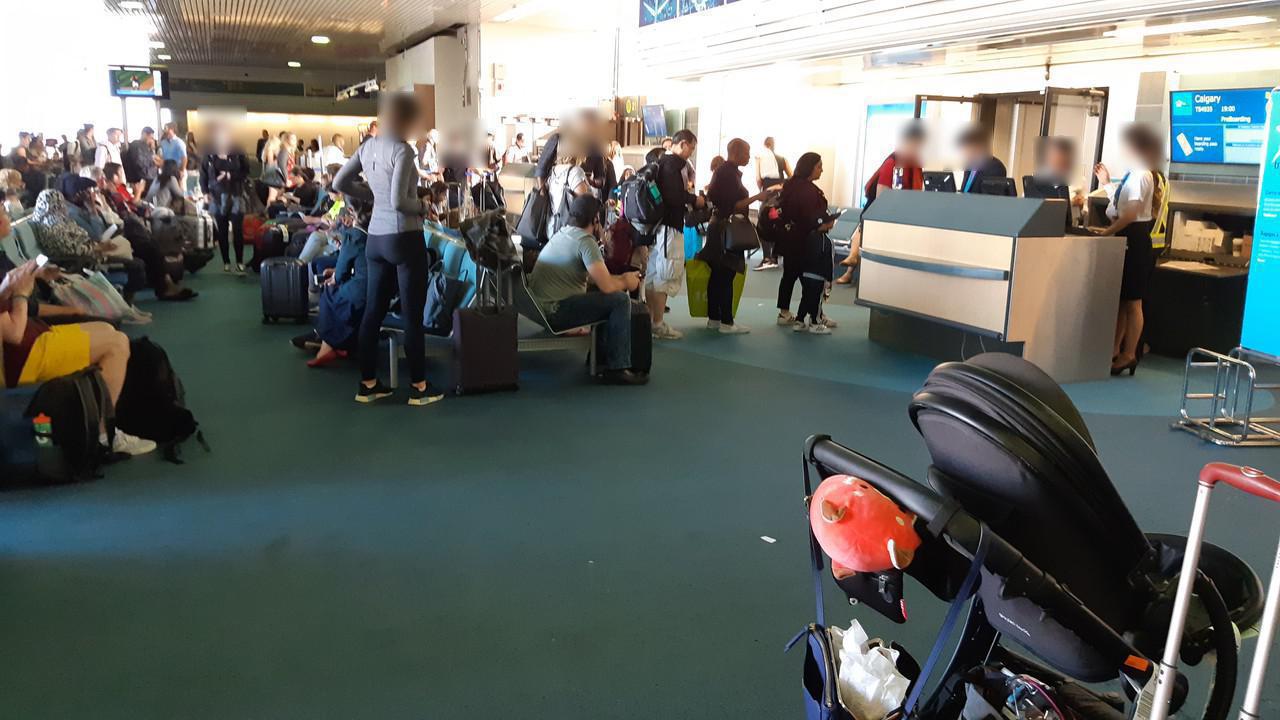 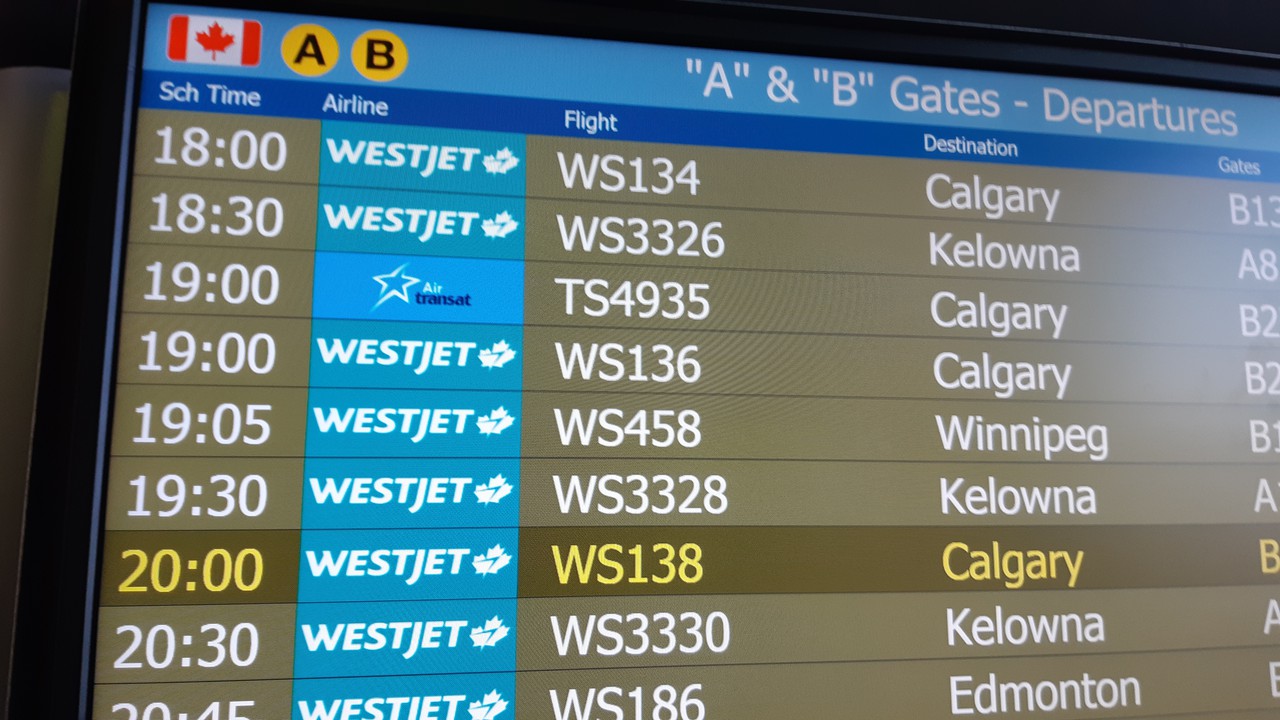 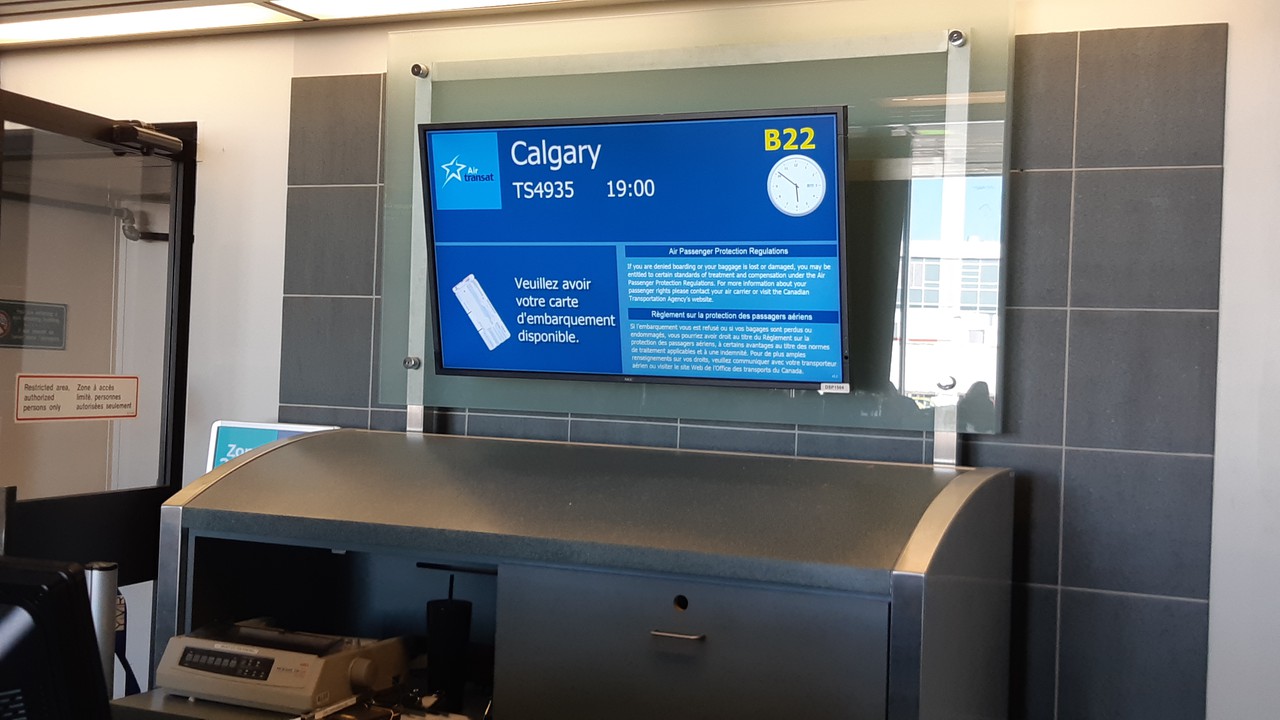 Despite the boarding time being 1800 (6:00pm) we actually did not start boarding until around 6:35pm. We still ended up pushing back early even though the flight was 100% full. 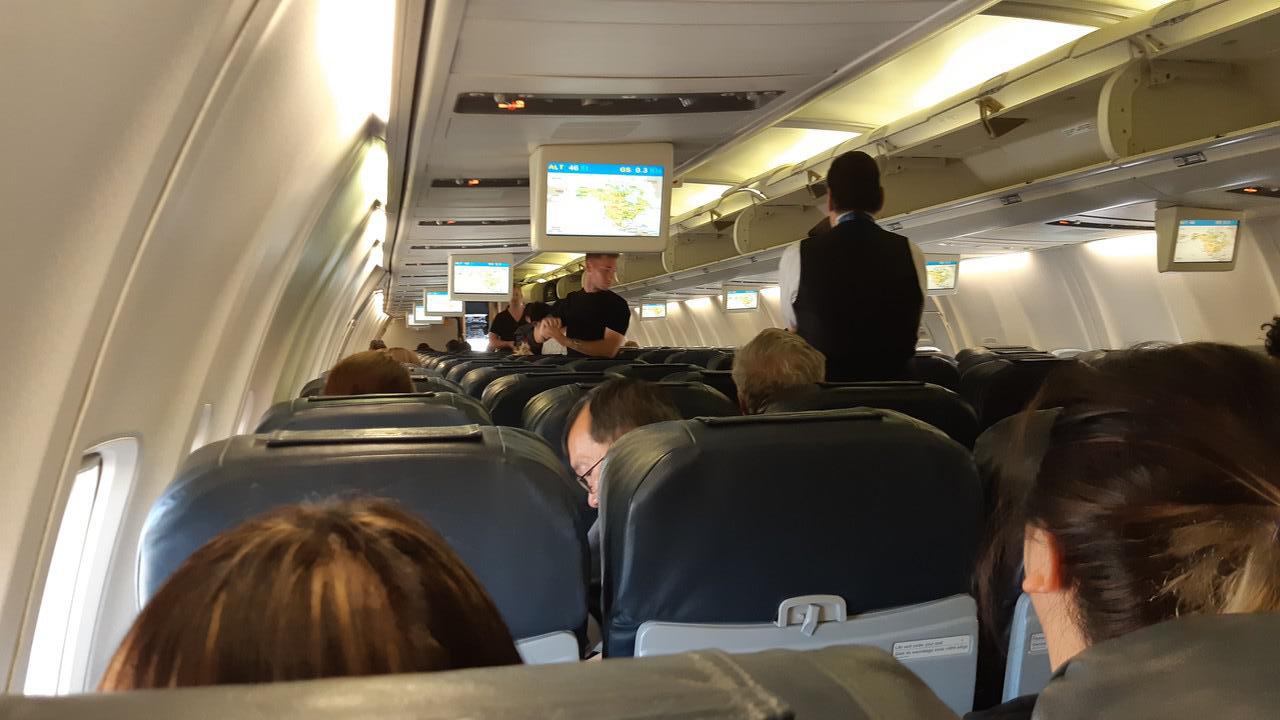 The cabin was in the standard 3x3 seating with large older leather seats, and not those stupid slimline ones like they have nowadays. Also note the classic overhead screens and not personal IFE. On select Canadian North flights they are now starting to offer movies and such on your own devices, although it was not available on this flight. 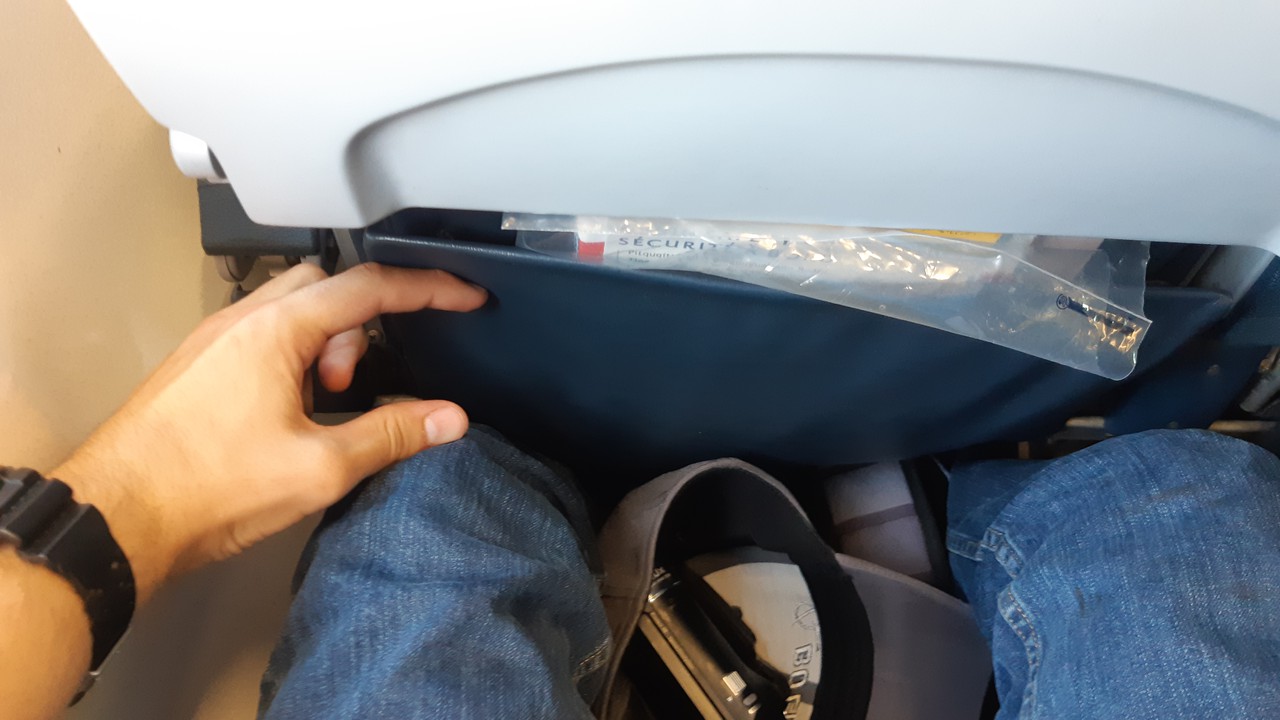 I am 6 foot 5 (196cm) and had plenty of legroom on this flight, which is very rare for me! The seats were also fairly comfortable and perfectly acceptable for this 1 hour flight. Although towards the end, my back began to hurt which is usually the case. The aircraft goes YYC-YVR-PVR-YVR-YYC so I most defiantly feel for those who fly the YVR-PVR-YVR portion. 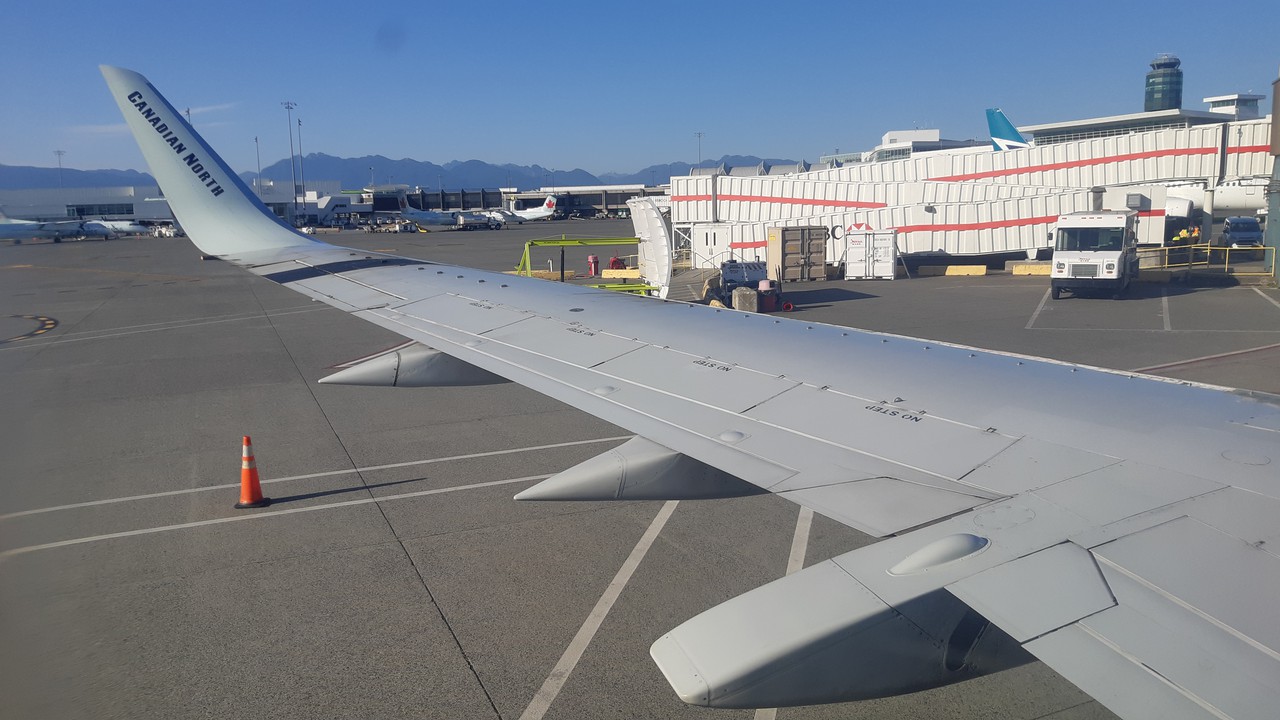 An excellent view from 15A here this evening. Felt a bit weird having the crew saying Air Transat but looking outside and seeing Canadian North! I'm not complaining! 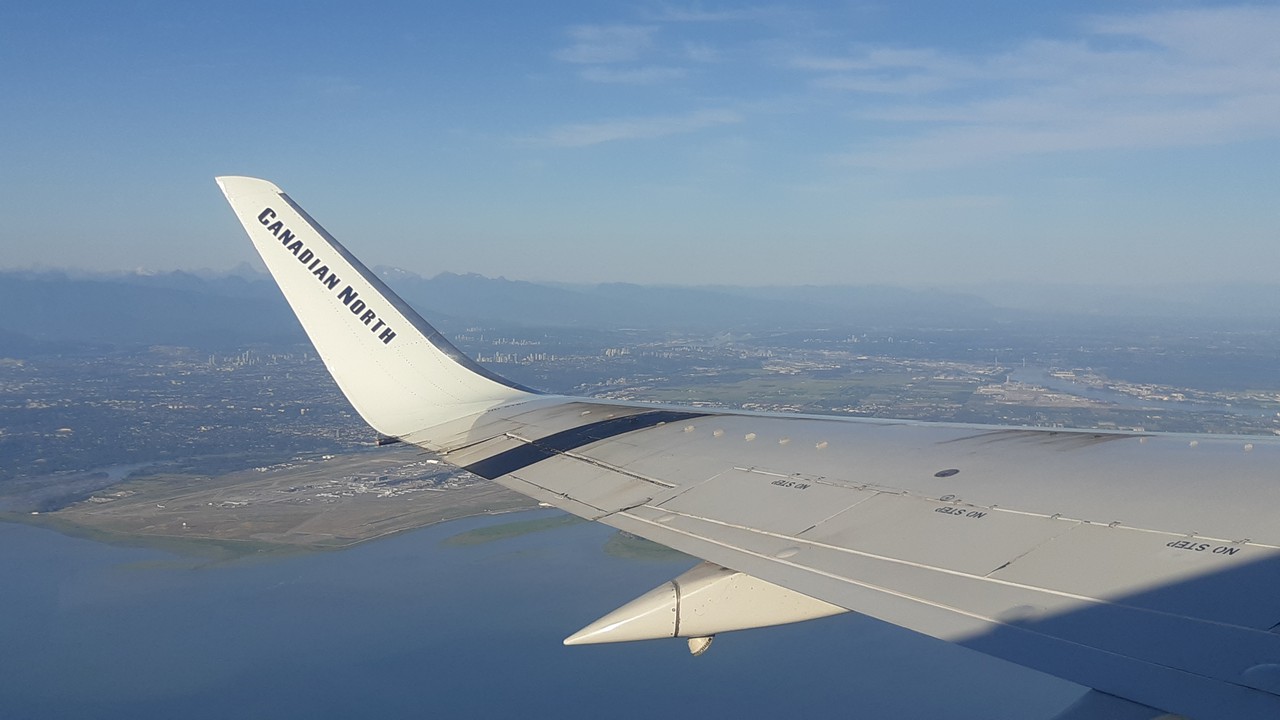 After an on-time pushback, we taxied out to Runway 26R for a spectacular departure. The views on departure from YVR most certainly never get old! 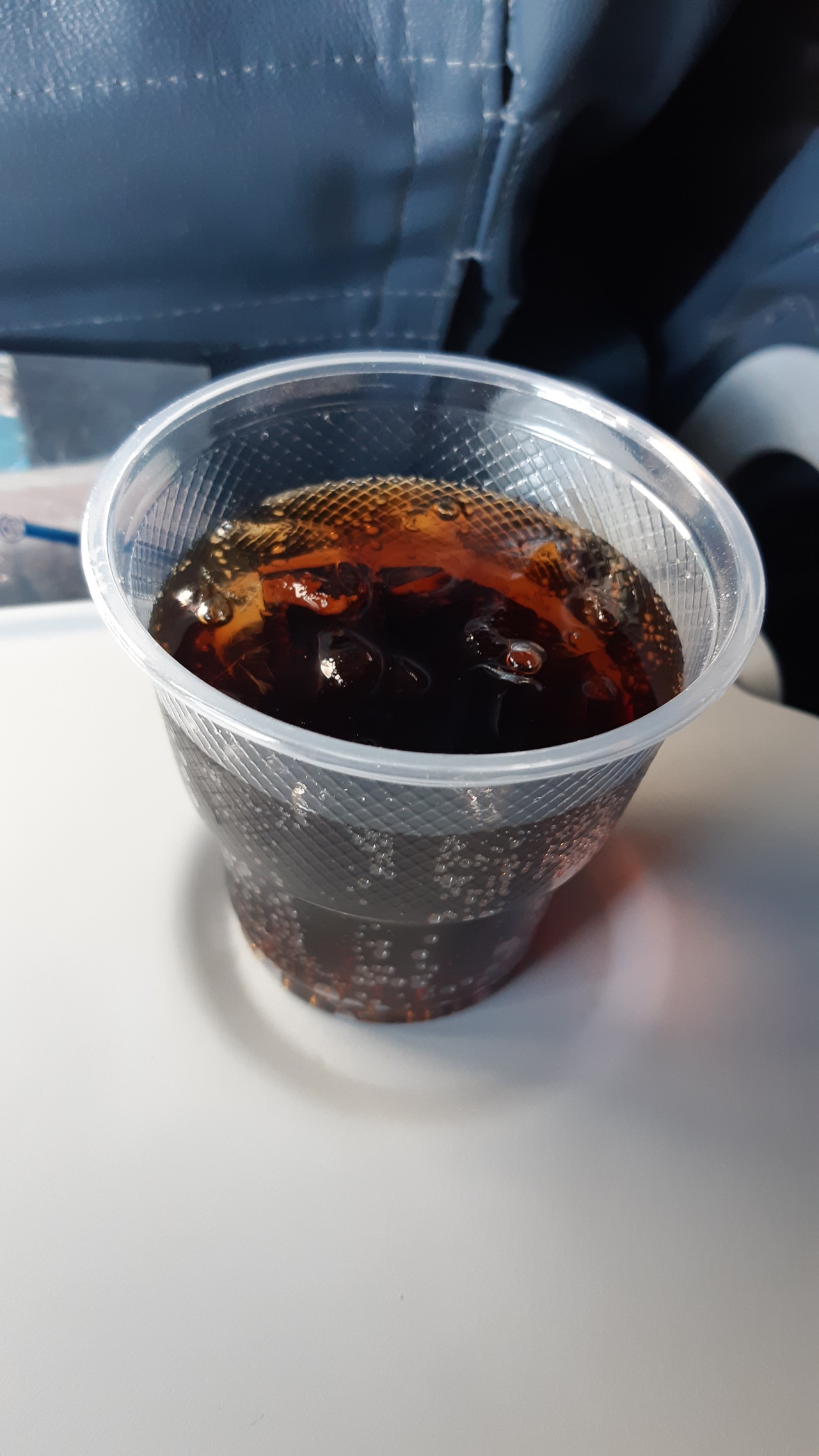 Service on the flight was the standard Air Transat service. There was light snacks and that for purchase, and the menu seemed quite impressive. I did not feel like buying anything and so a drink of Coke with Ice will have to do! One thing I found interesting though is the amount of Transat stuff on this Canadian North aircraft. The only things in the cabin that said Canadian North on it was the safety card, and the overhead screens. Even the little soap bottle in the lavatory said Air Transat on it! 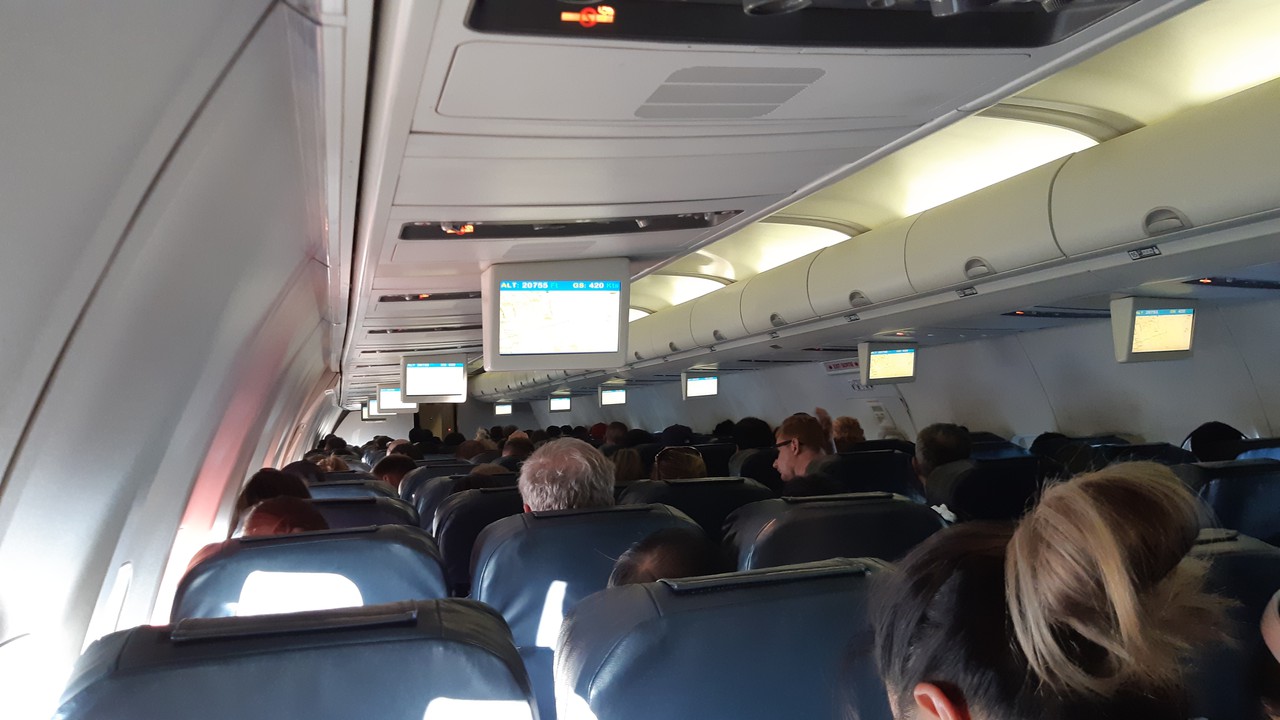 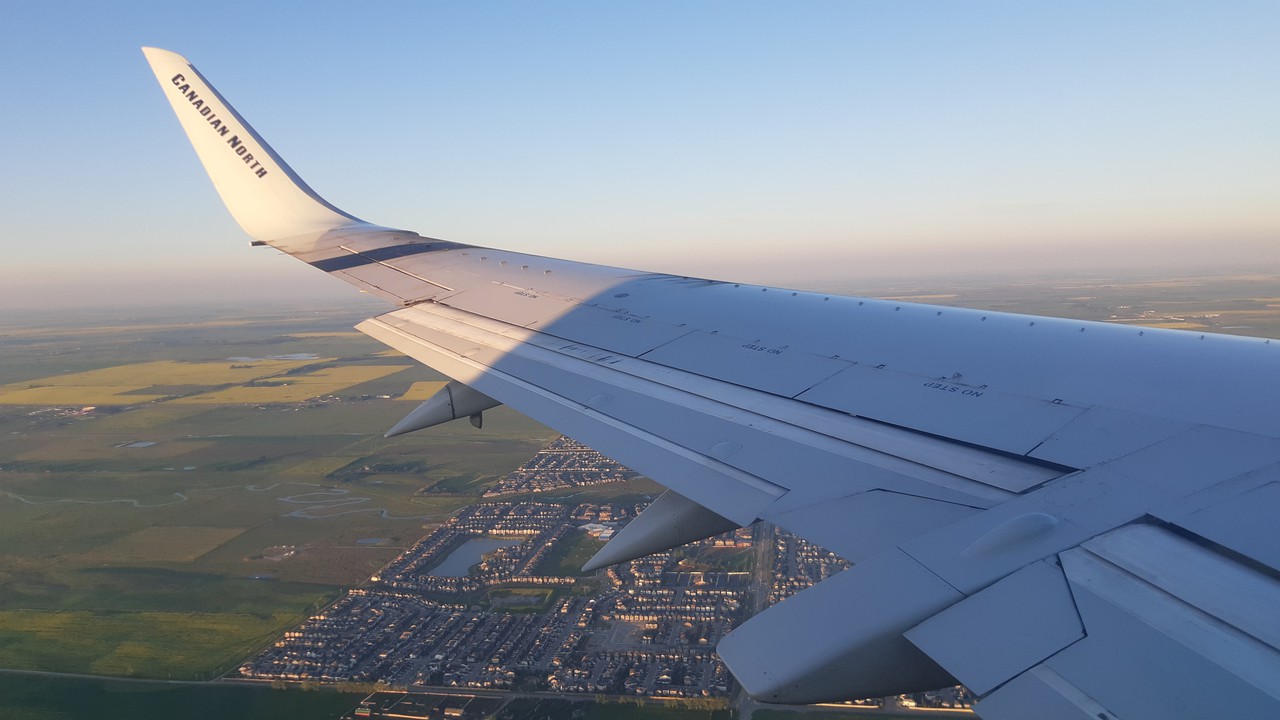 Sadly all good things must come to an end, and we started our descent and approach into Calgary, arriving on Runway 17R. 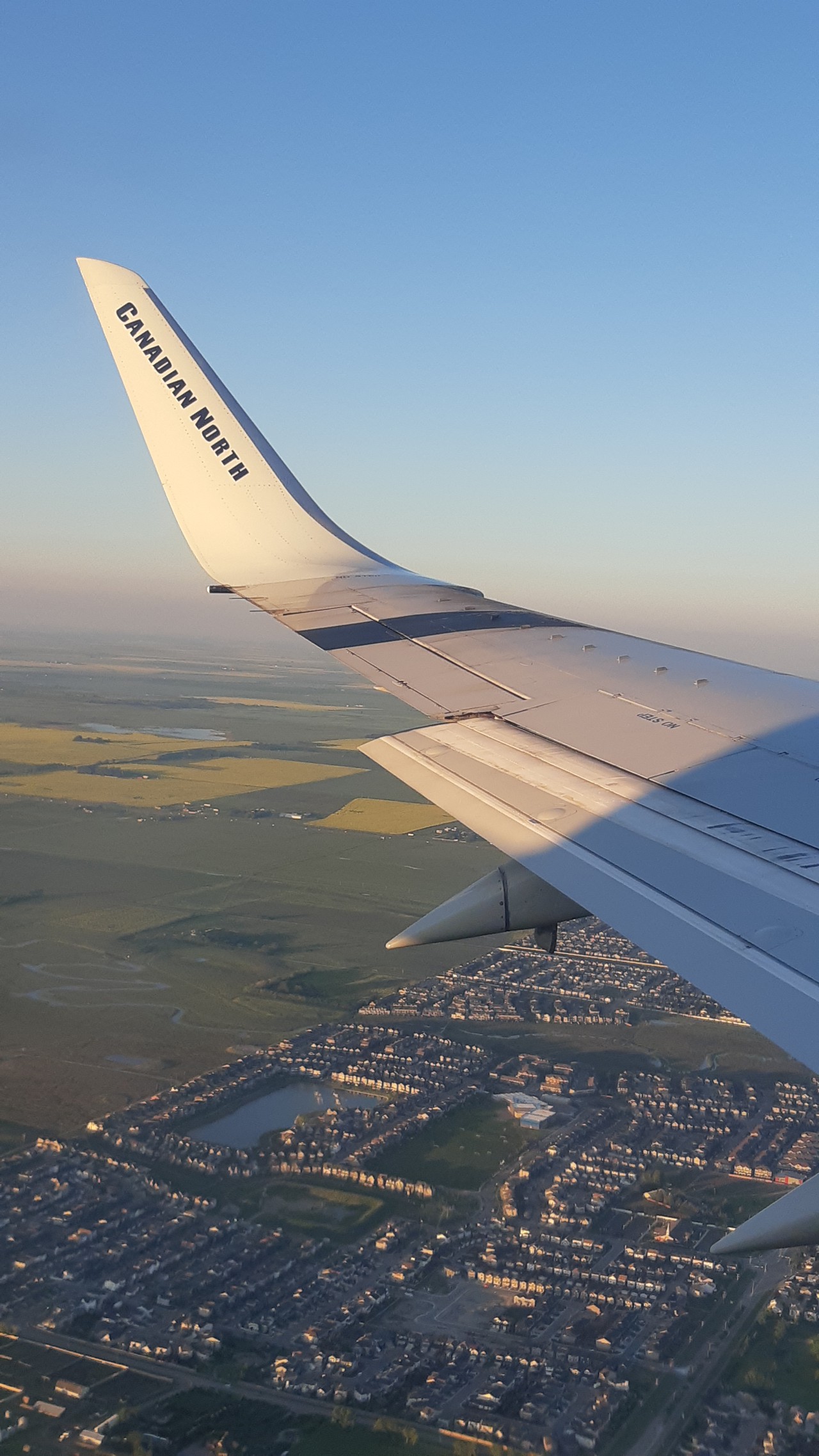 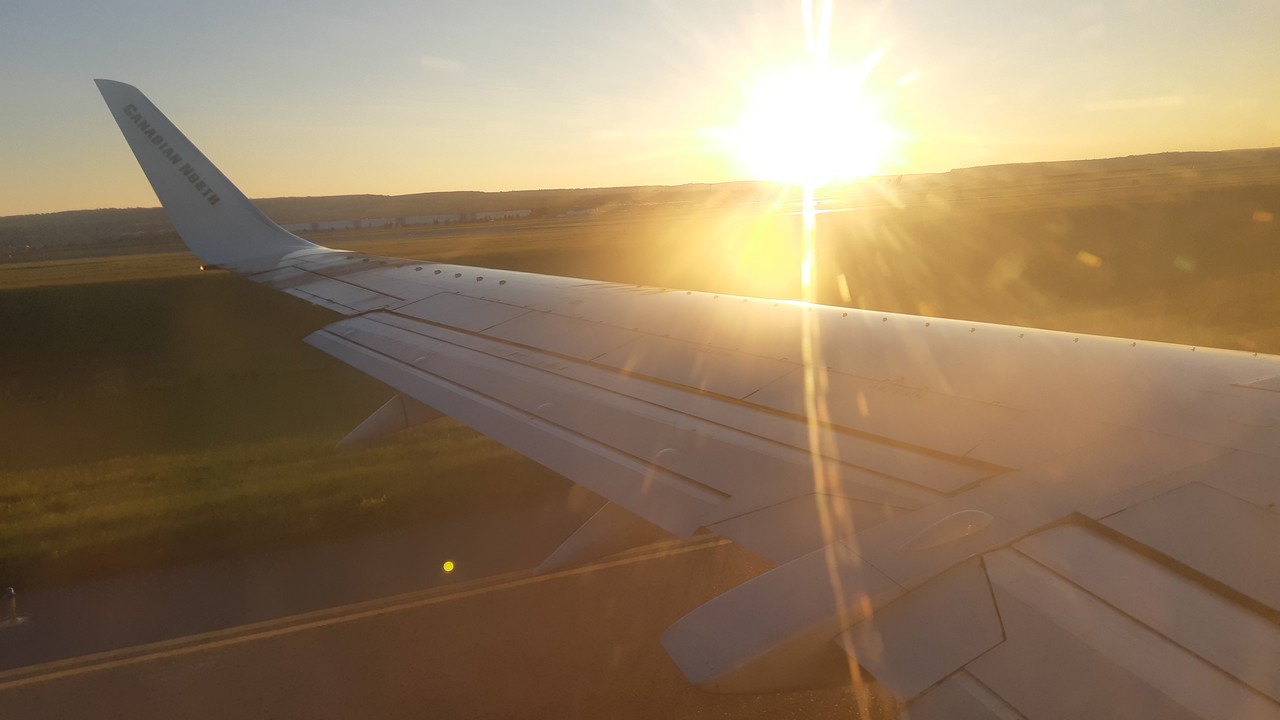 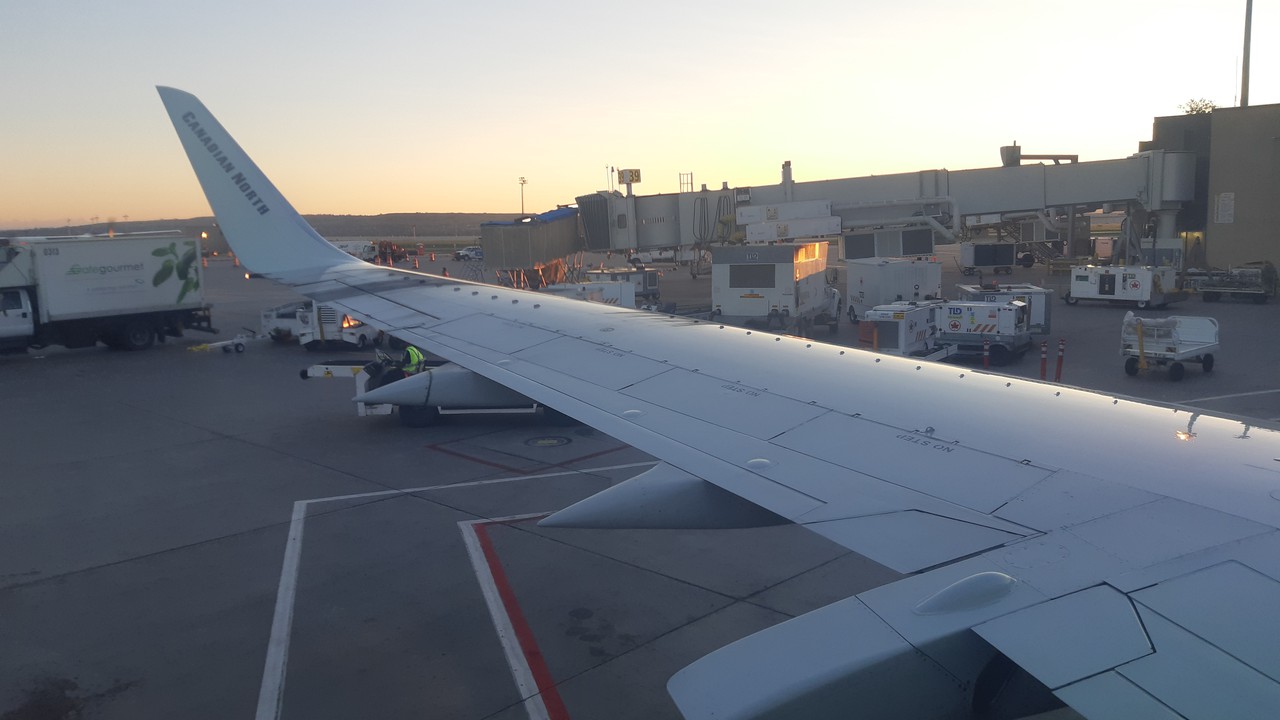 When we arrived our contracted ground crew was nowhere to be found and we were just holding short of the gate for about 10 minutes (Typical Swissport). 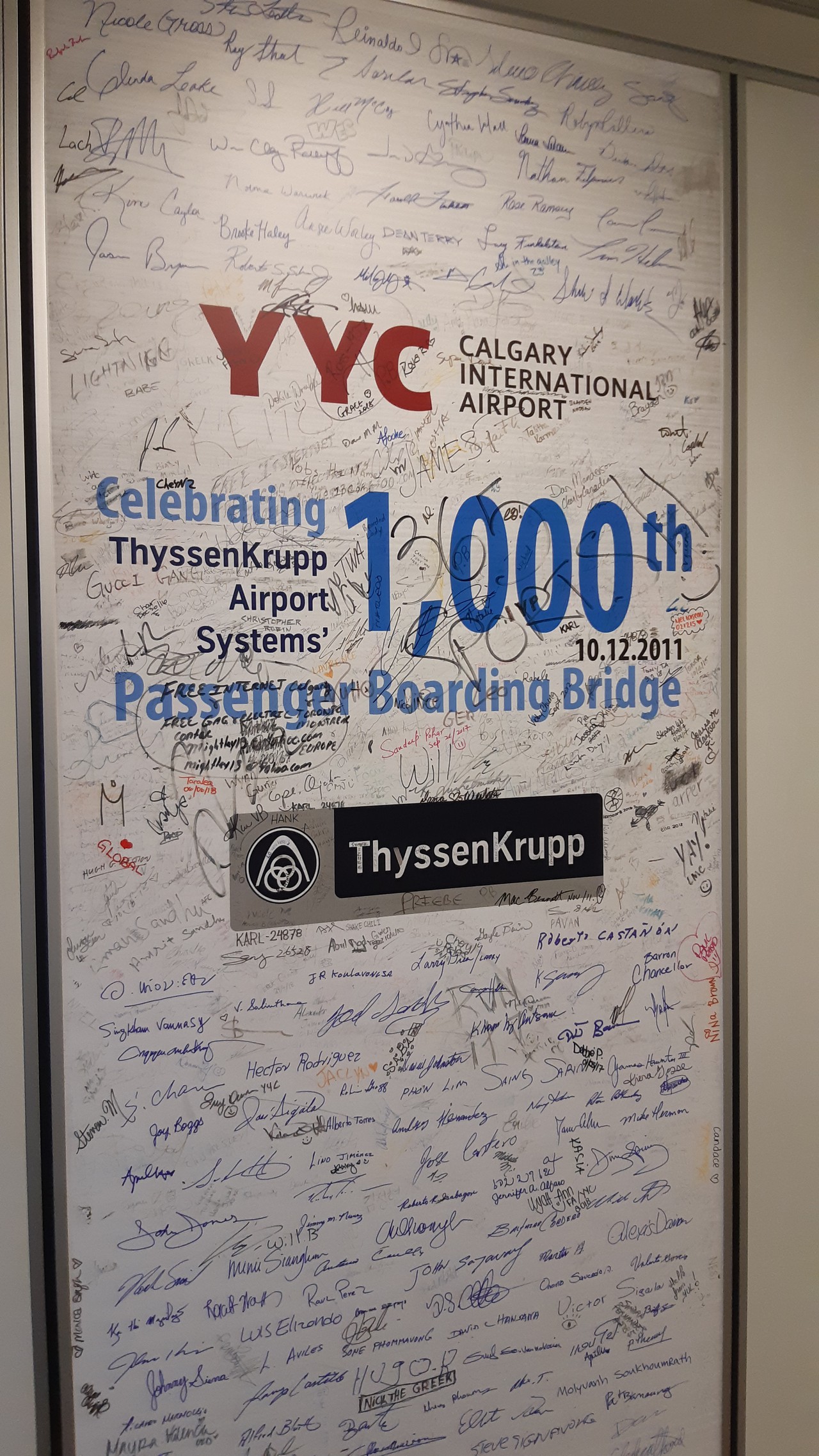 We seemed to have arrived at quite the special gate here in Calgary! This was a nice surprise! 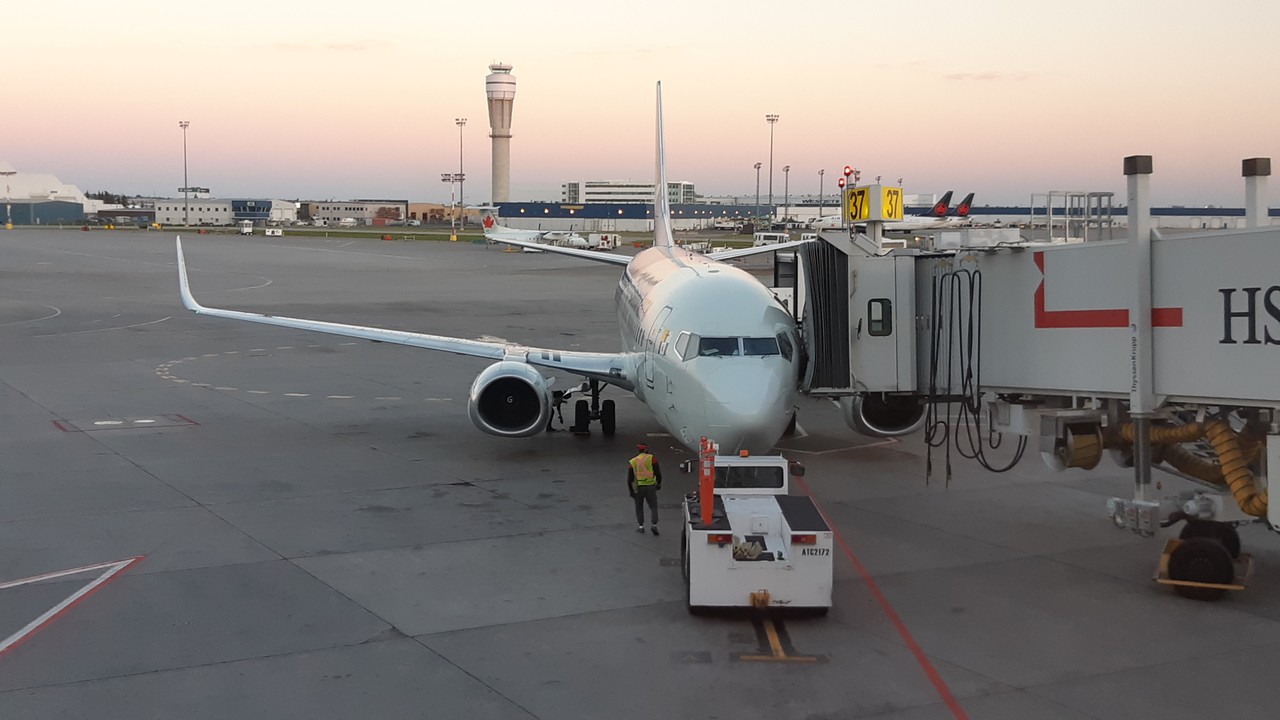 After I deplaned the aircraft, they were getting ready to re-position it over to the Canadian North hanger for a charter flight the following morning!

This is a unique flight and I was glad I spotted it while looking for options to fly to YYC. I paid $176 Canadian in total with Seat Selection and a Checked bag, which is quite reasonable. I ended up having a chuckle at the gate in Vancouver when they asked for everyone to gate check their bags for free, but I realized it was better to just pay instead just in case the flight was not full.

The contributors of Flight-Report published 9 reviews of 3 airlines on the route Vancouver (YVR) → Calgary (YYC).