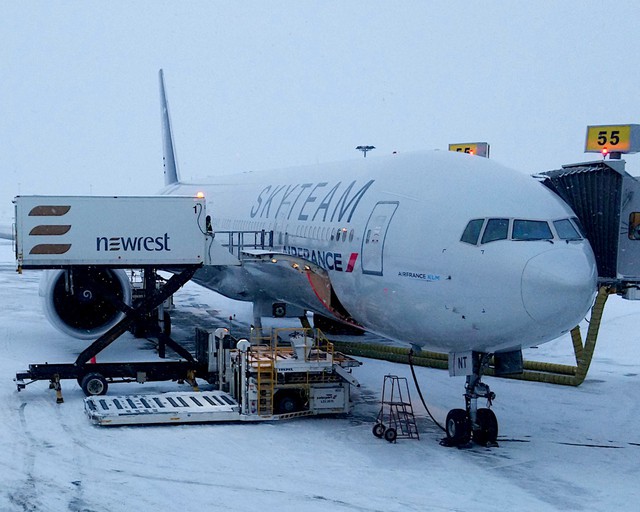 #23 out of 78 Airlines A minimum of 10 flight-reports within the past two years is required to appear in the rankings. 5541 reviews

We are back from this incredible journey to Saint-Pierre and Miquelon. You'll find plenty of pictures of the island in the previous report, and especially the description of the almost 5 hours flight onboard Air Saint-Pierre ATR.

We are now in Montréal, ready to take a 777 to cross the Atlantic during a short night. Luggage was checked-in in Saint-Pierre and we were promised that there is no need to clear them, as opposed to the North American habit.

I left you at 15.55 while exiting the mobile lounge, after this famous "long-haul" ATR flight. 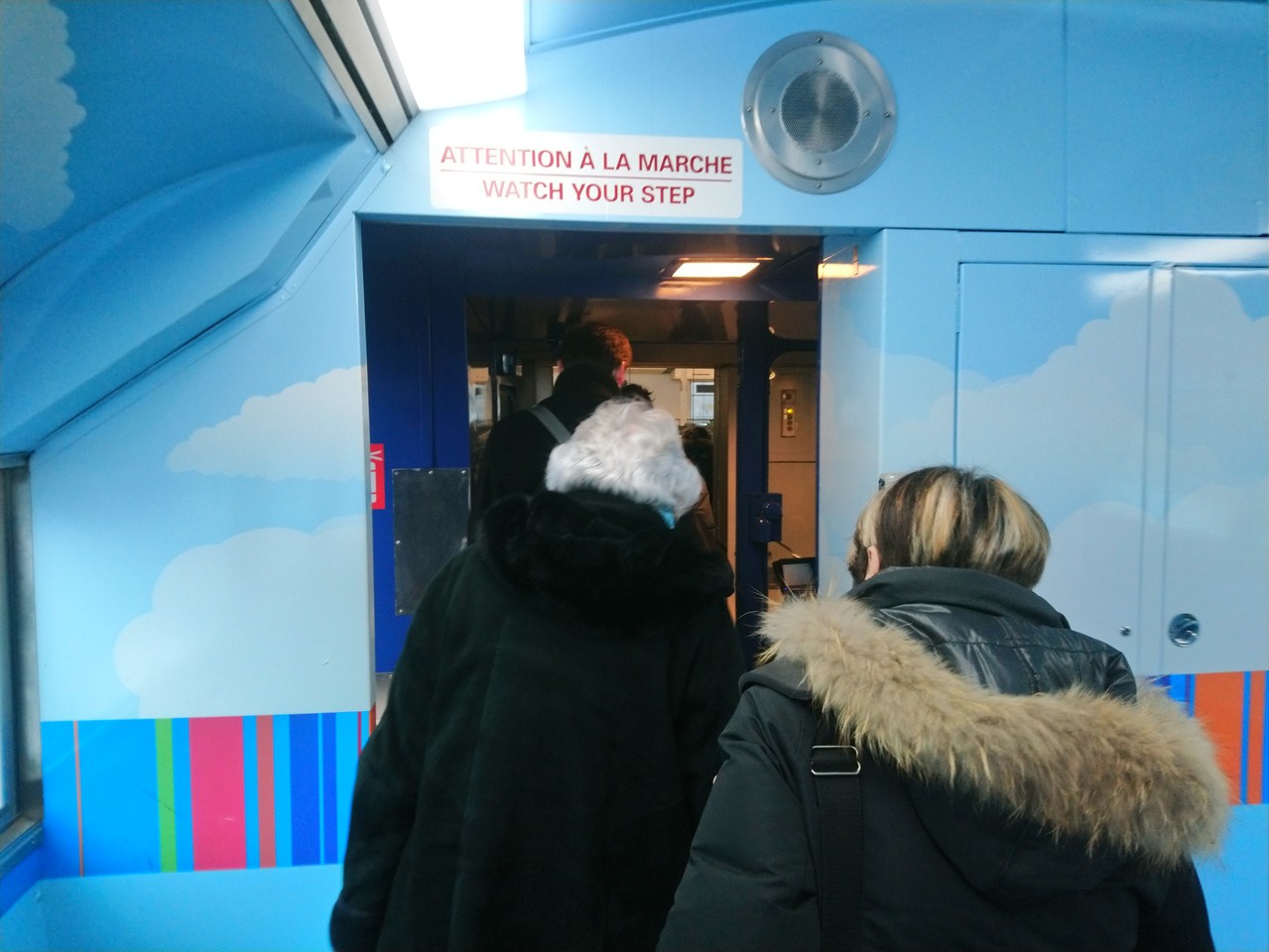 If we don't need to pick our luggage, we still need to clear the immigration. We we erroneously guided to the connections immigration area, which is apparently reserved to Air Canada passengers, before being re-oriented to the general immigration lanes. Anyway, both sections lead to the same luggage delivery area.

After fifteen minutes, we reach the landside and get some (very) fresh air. 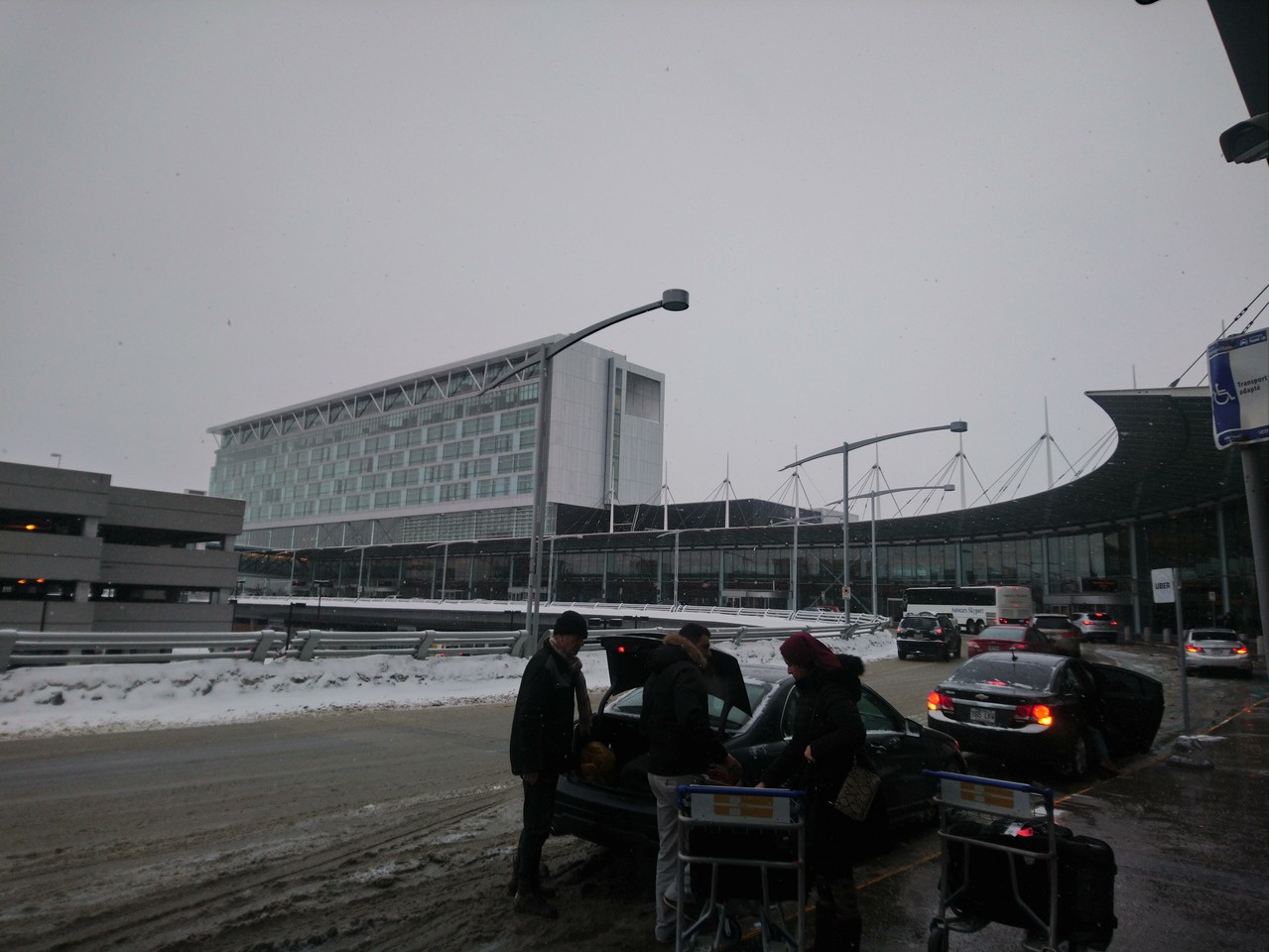 I already have my boarding pass for this flight, wearing the "Air Saint-Pierre" logo. 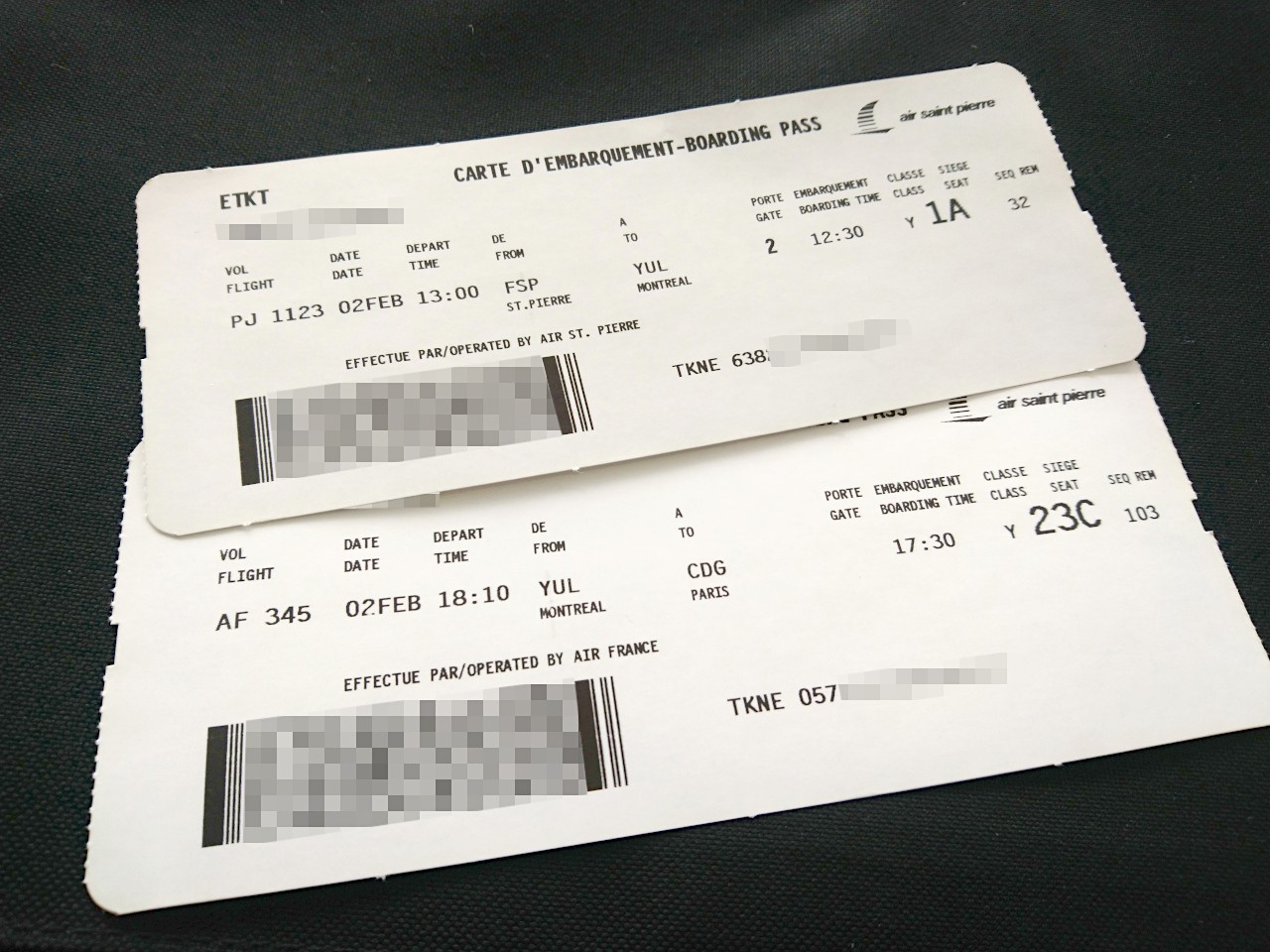 A dozen of minutes are required to go through the security, as many flights are leaving in the evening. Our flight is at gate 55, as usual with Air France. 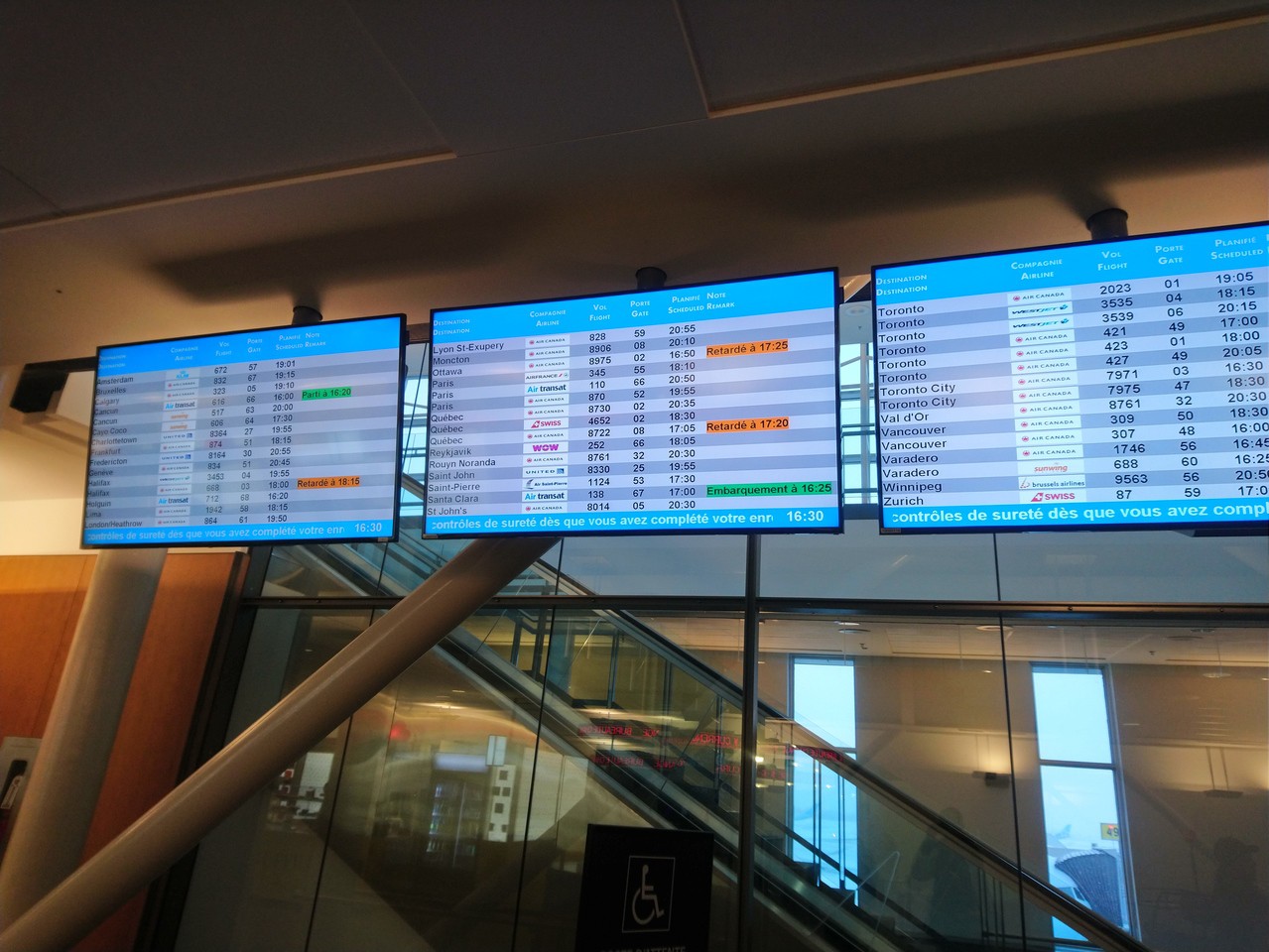 La gate 55, where everything is ready for a zone boarding, in a little hour. 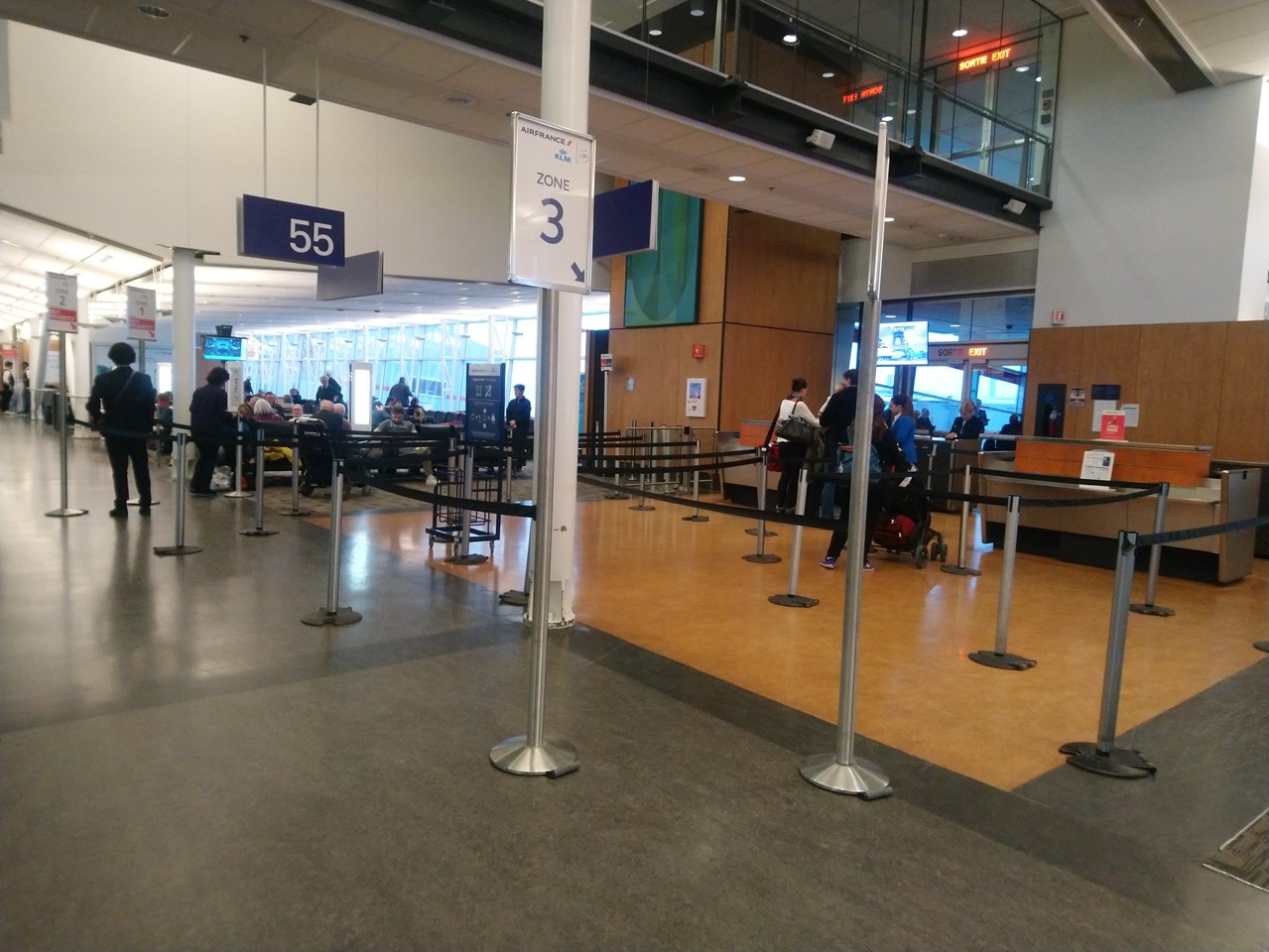 The plane is already here since an hour, meals are being charged and snows continues to fall. 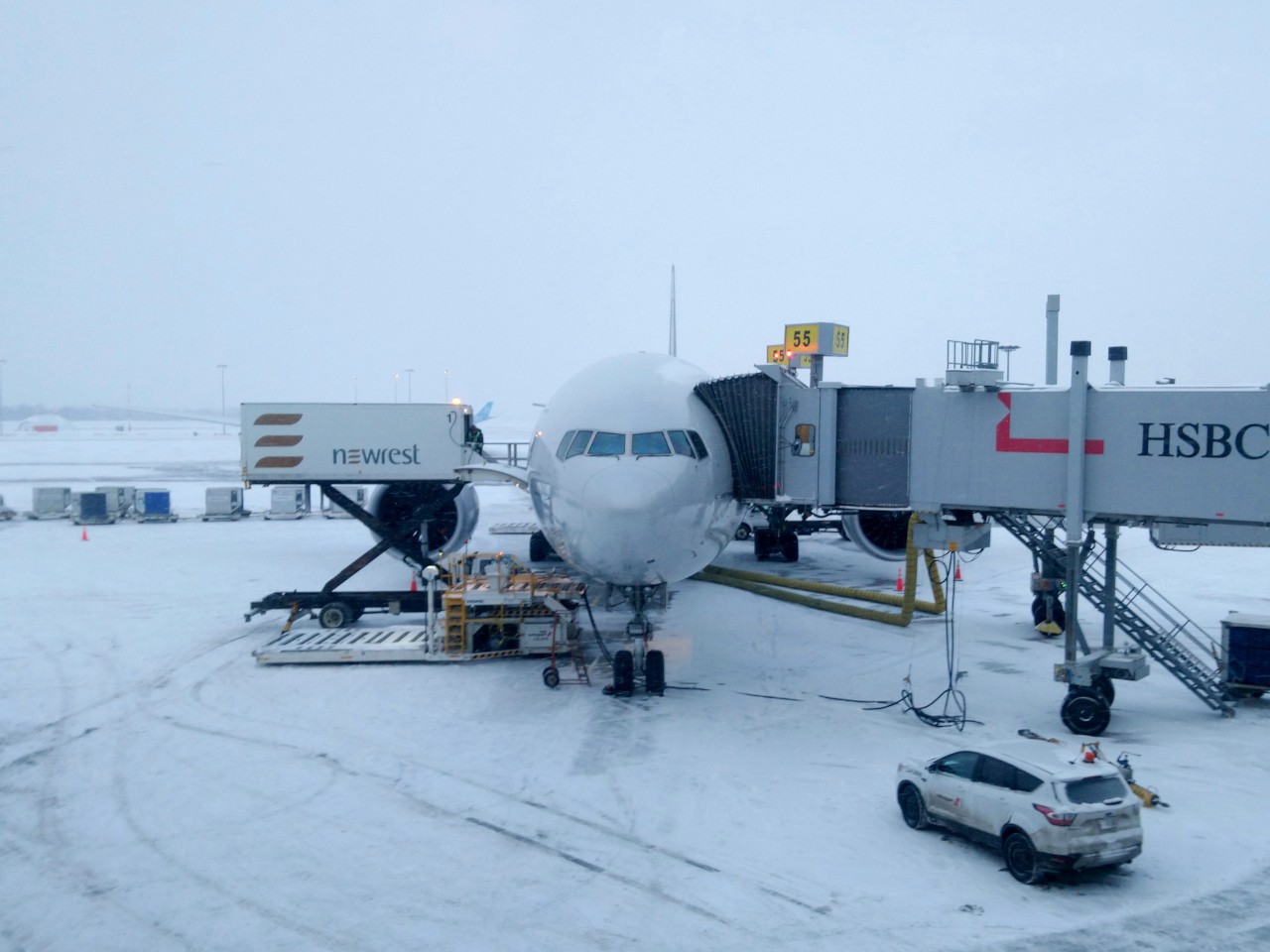 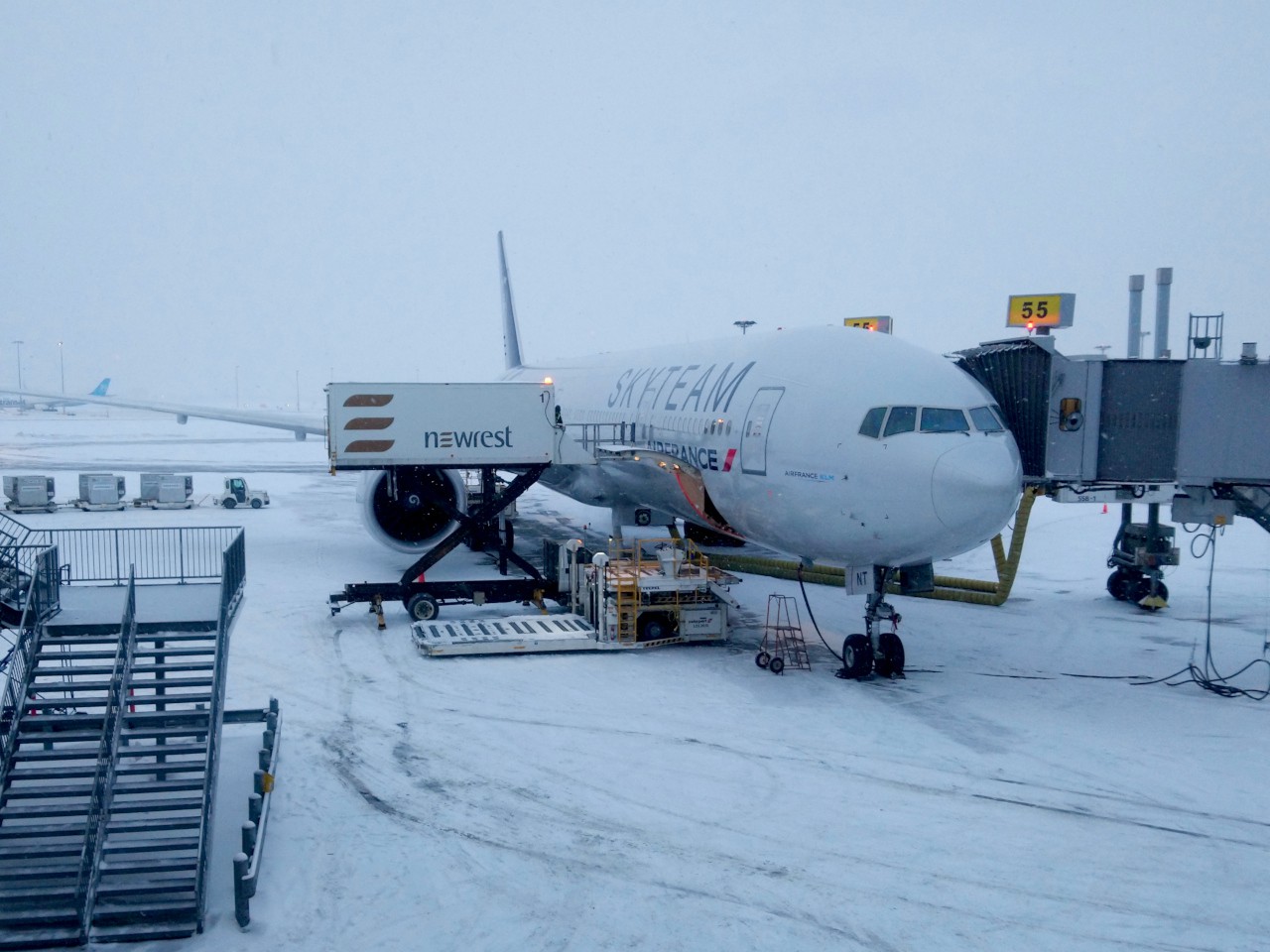 An announcement is made to inform us that the bording will begin at 17.30 while the cabin is being prepared. That is the case, and I find my way to my aisle seat, in this small cabin just behind the Premium Economy, with just 7 rows. 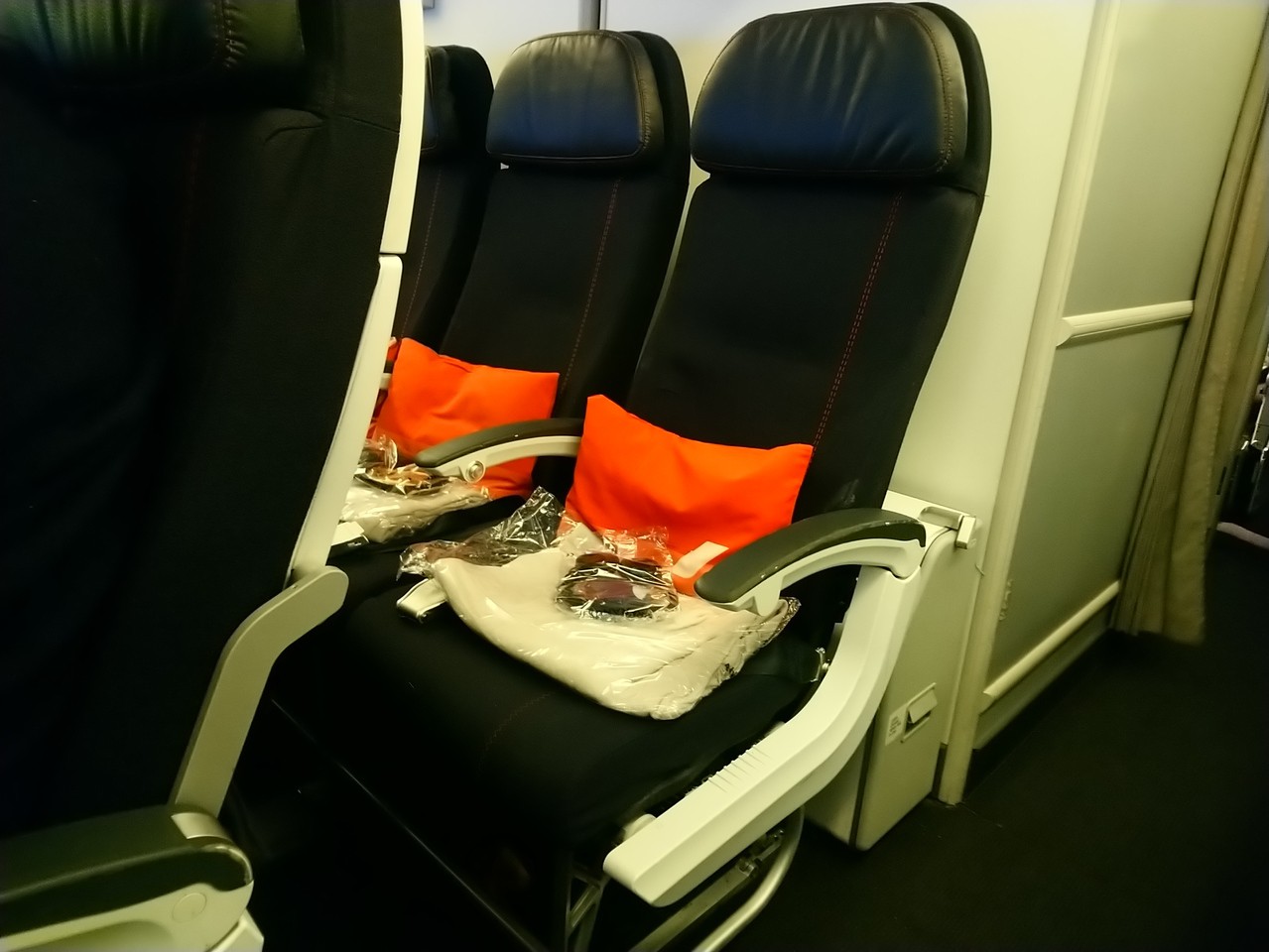 The cabin and screens are new, but they feature the old, light-blue, interface. Nevertheless, I start watching a movie as the boarding continues. 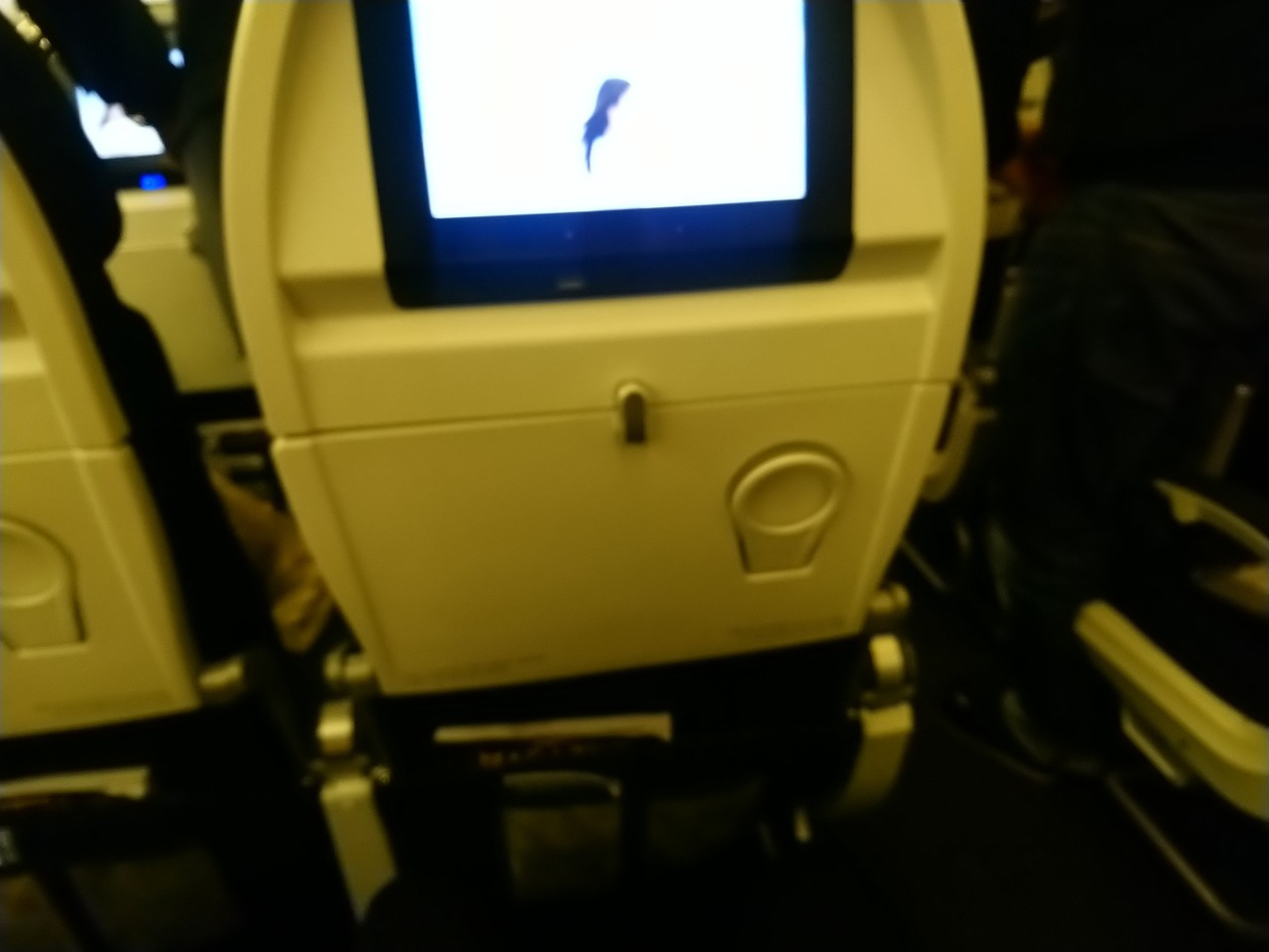 As often during weekends, the plane is full. A flight duration of only 6 hours is announced, that's going to be a short flight (and night!).

We still need to de-ice de aircraft and will only take-off at 19.15 one hour behind schedule. My movie is almost finished, despite the interruption during the safety demonstrations and various announcements!

19.40, the "chickenorpasta" menu is distributed with a refreshing towel. 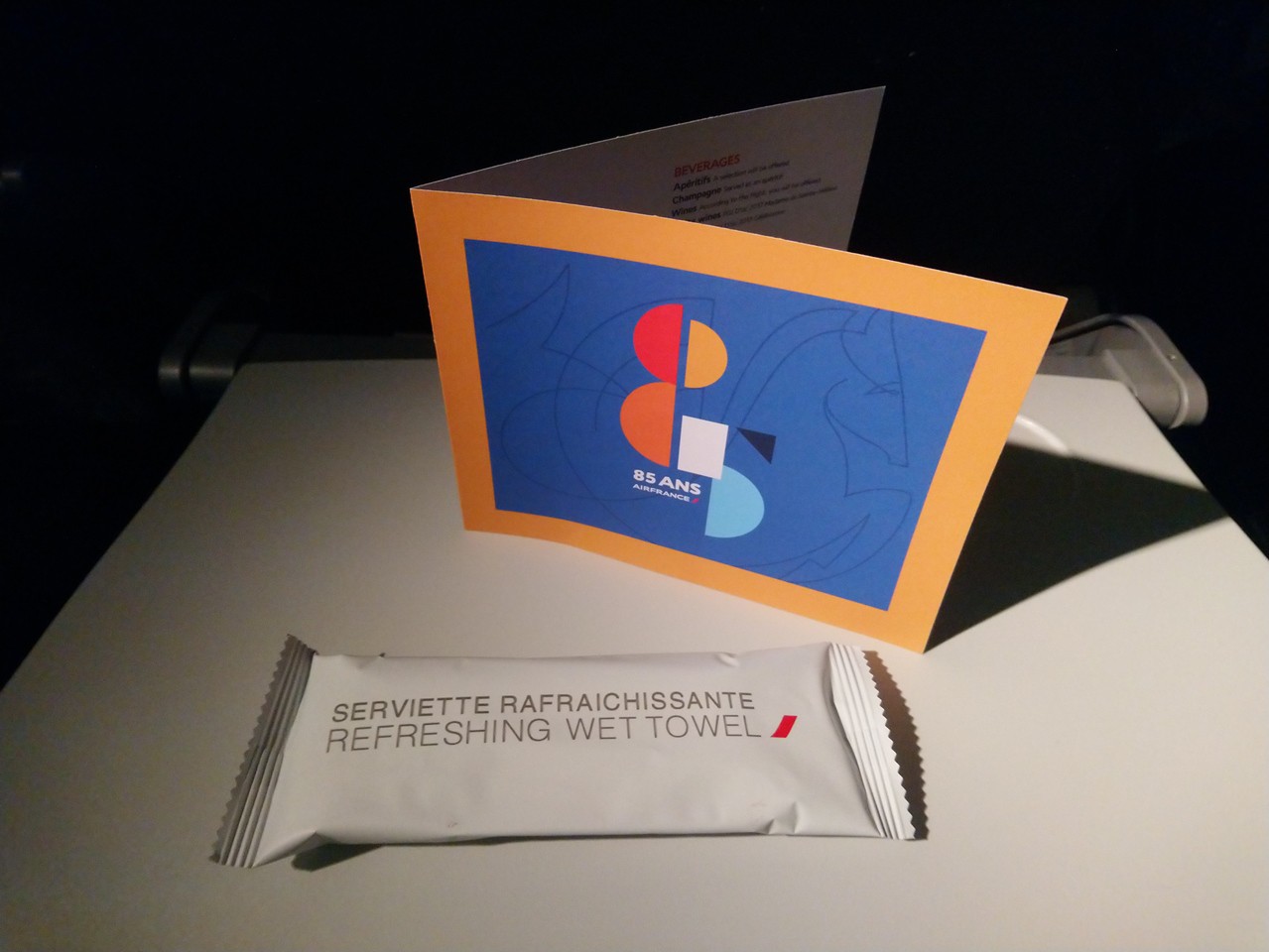 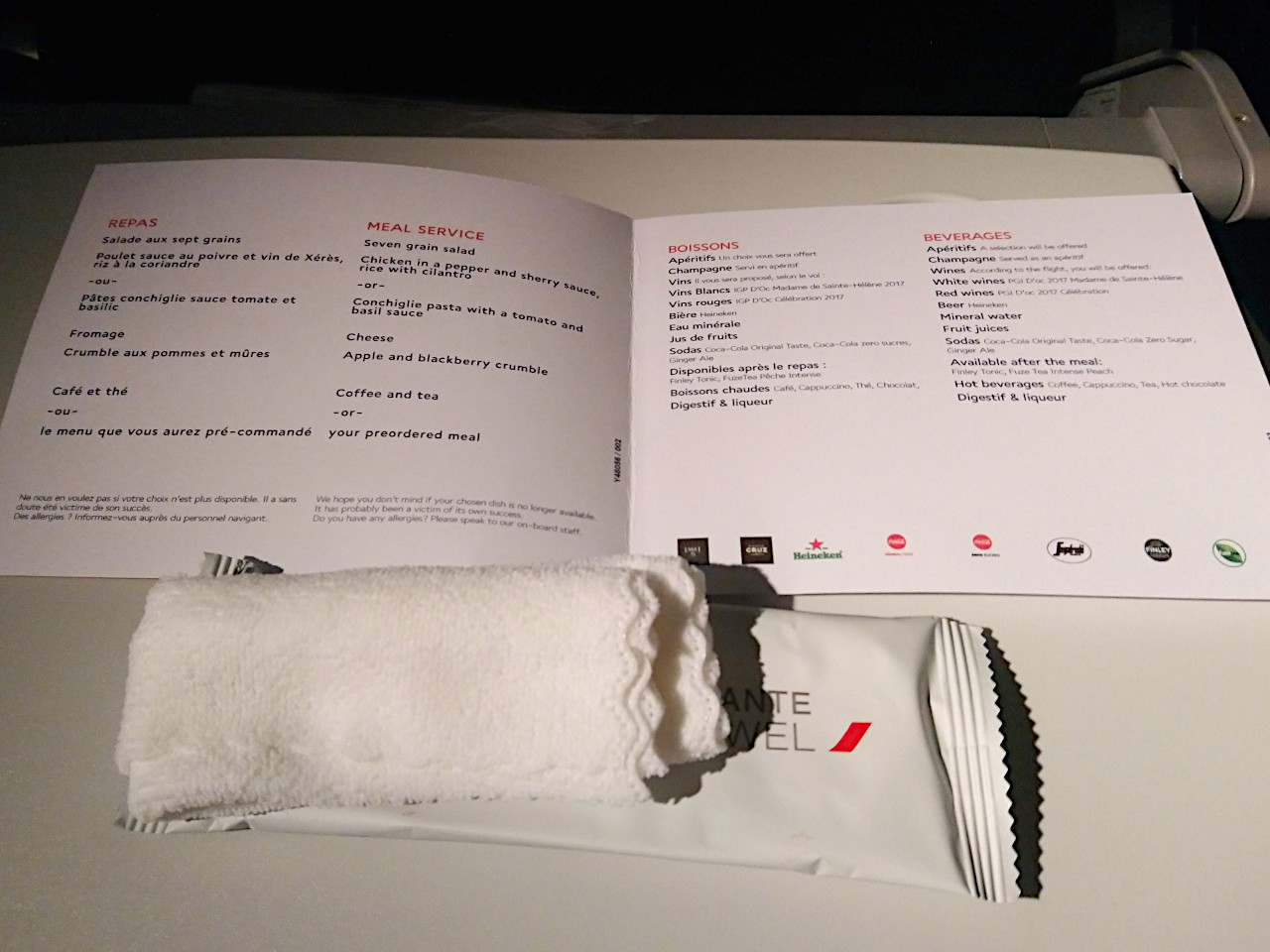 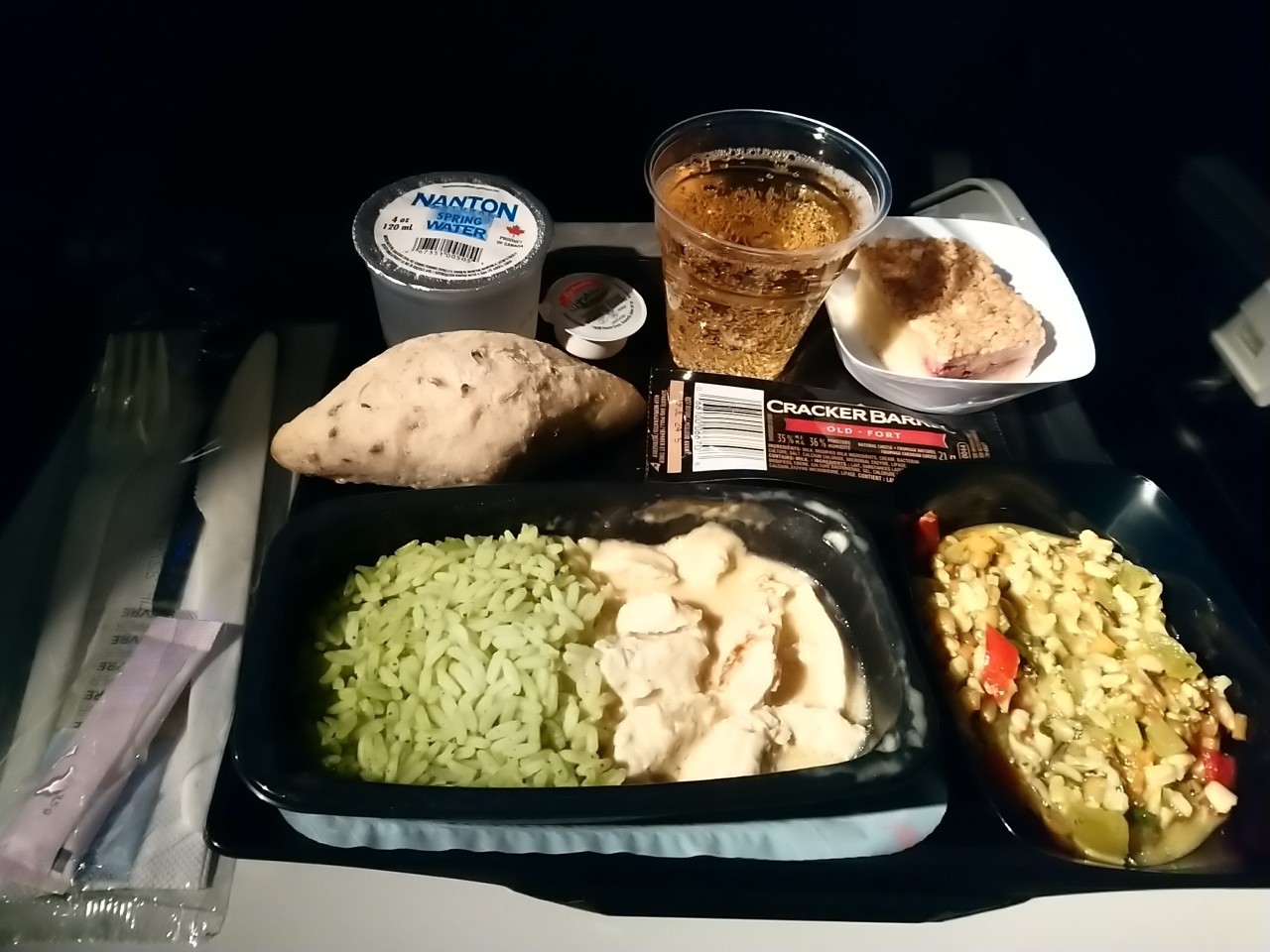 The rows in front will have to wait for the cart that started by row 14 in Premium Eco. This photo is taken 15 minutes after the previous one, I've already finished my meal! It was quite good, although as said on the first flight, there is no more fruit with the dessert (it used to be a fruit compote). 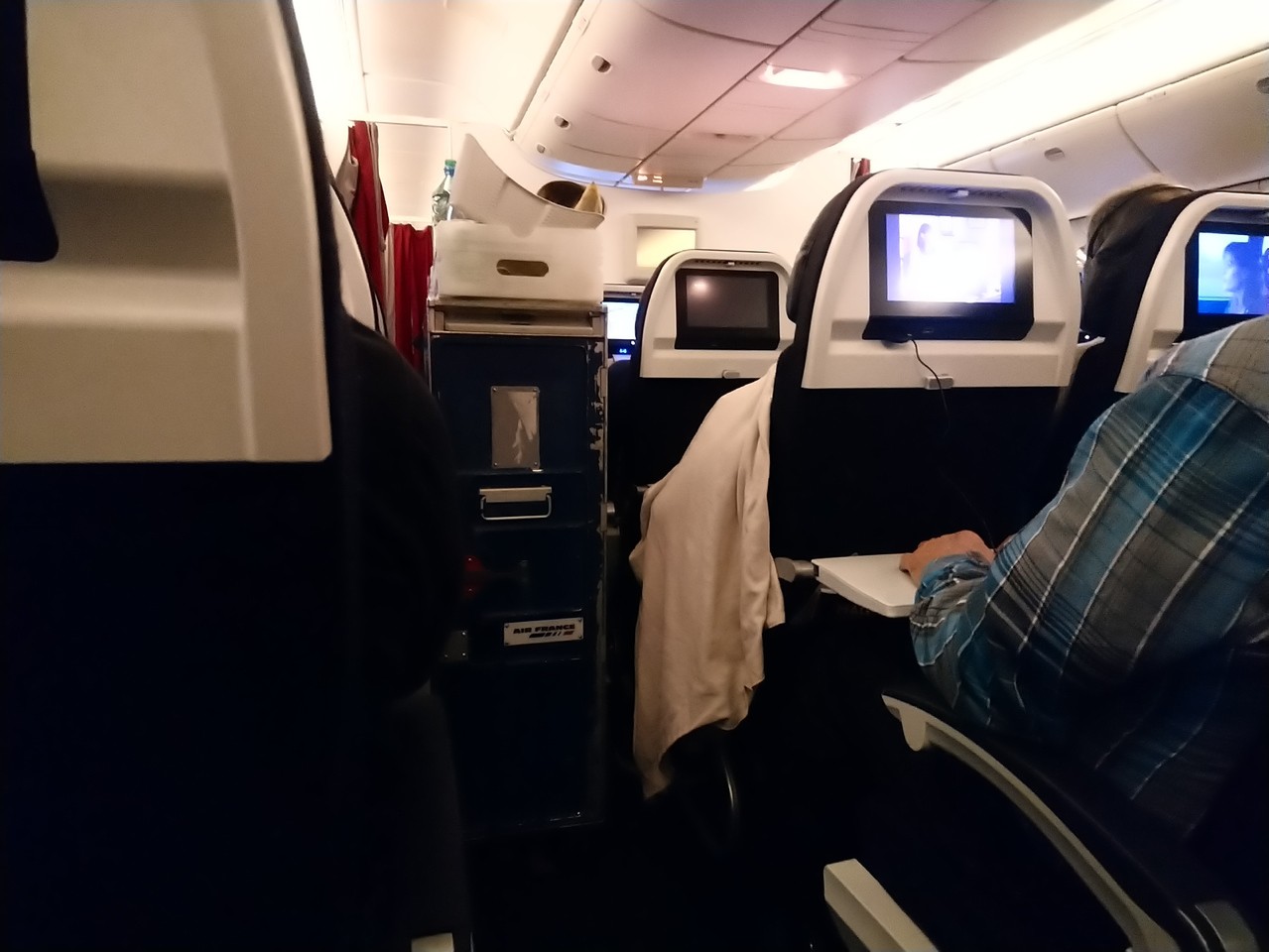 20.50, tea, coffee, digestive and trays removal. We are flying over Saint-Pierre and Miquelon! …according to this completely blurry map. 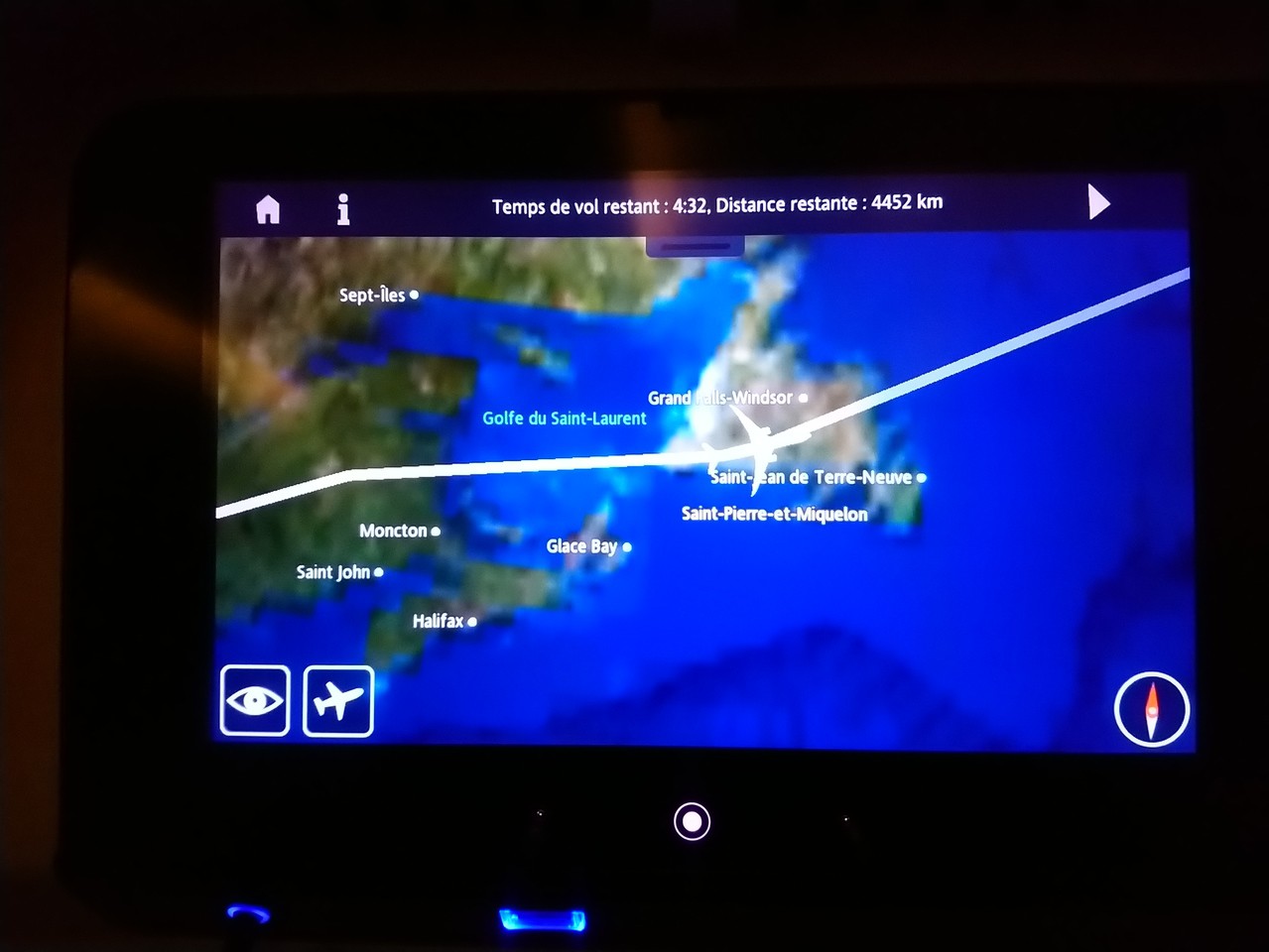 Toilets are clean and in good condition. 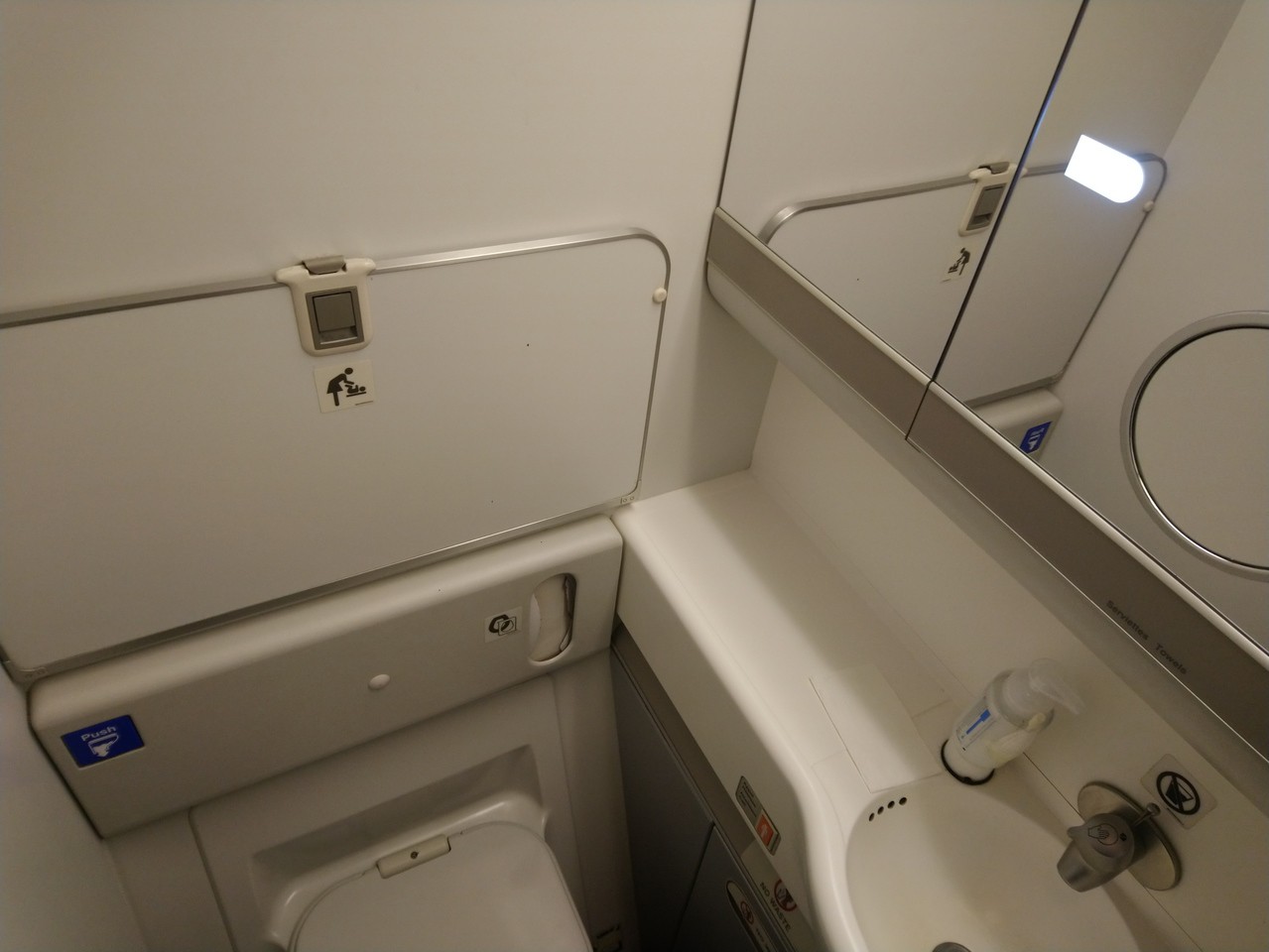 I will manage to sleep until lights are turned on as we fly over Ireland. There is just a little more than an hour of flight left, it is nice from the crew to let us sleep as much as possible. 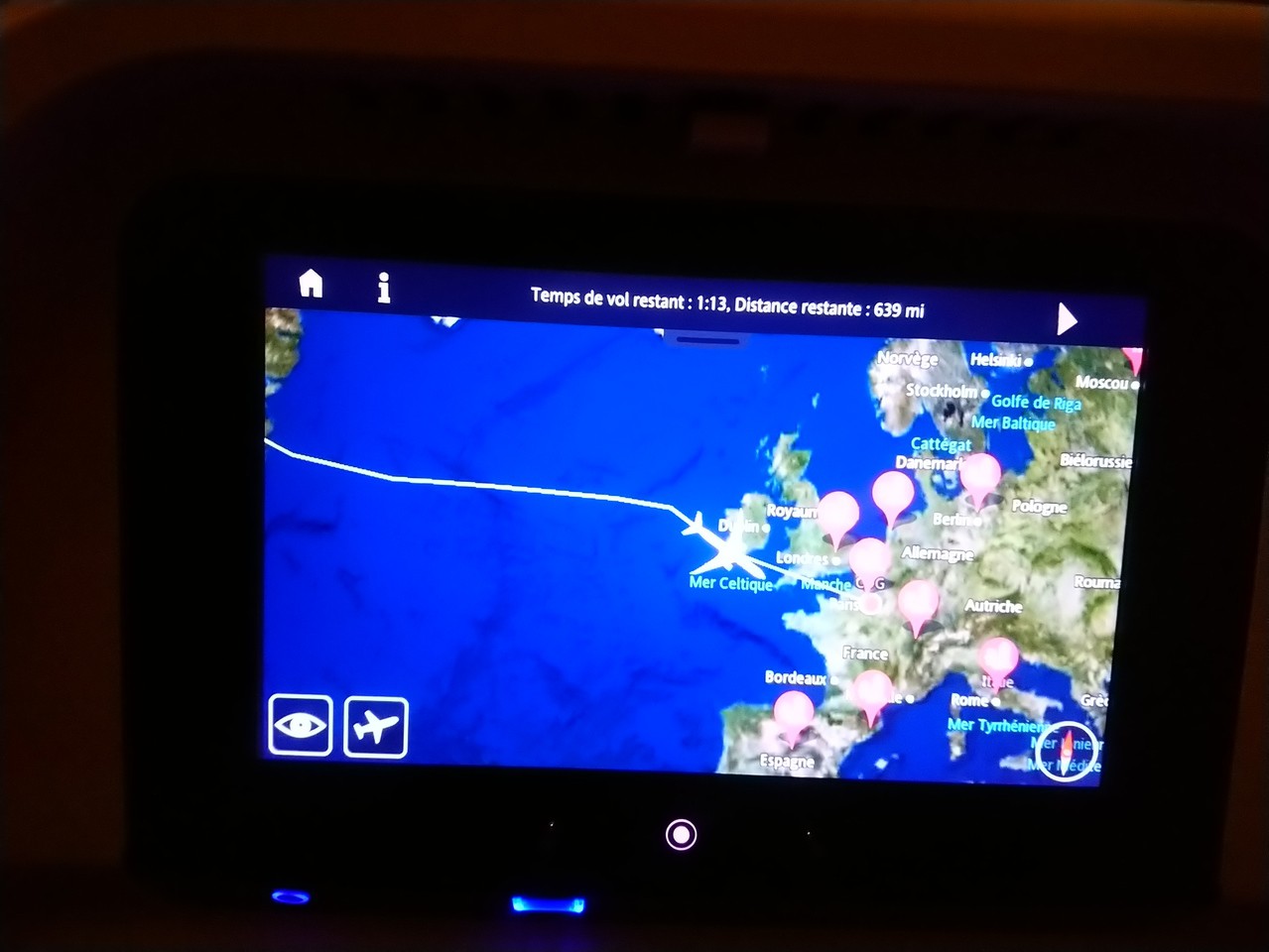 0.20 Montréal time, 6.20 in Paris, in both cases, it is early. Anyway, here is breakfast. The usual unchanged tray with a fruit yoghurt, blueberry muffin and invariably bad orange juice from concentrated. 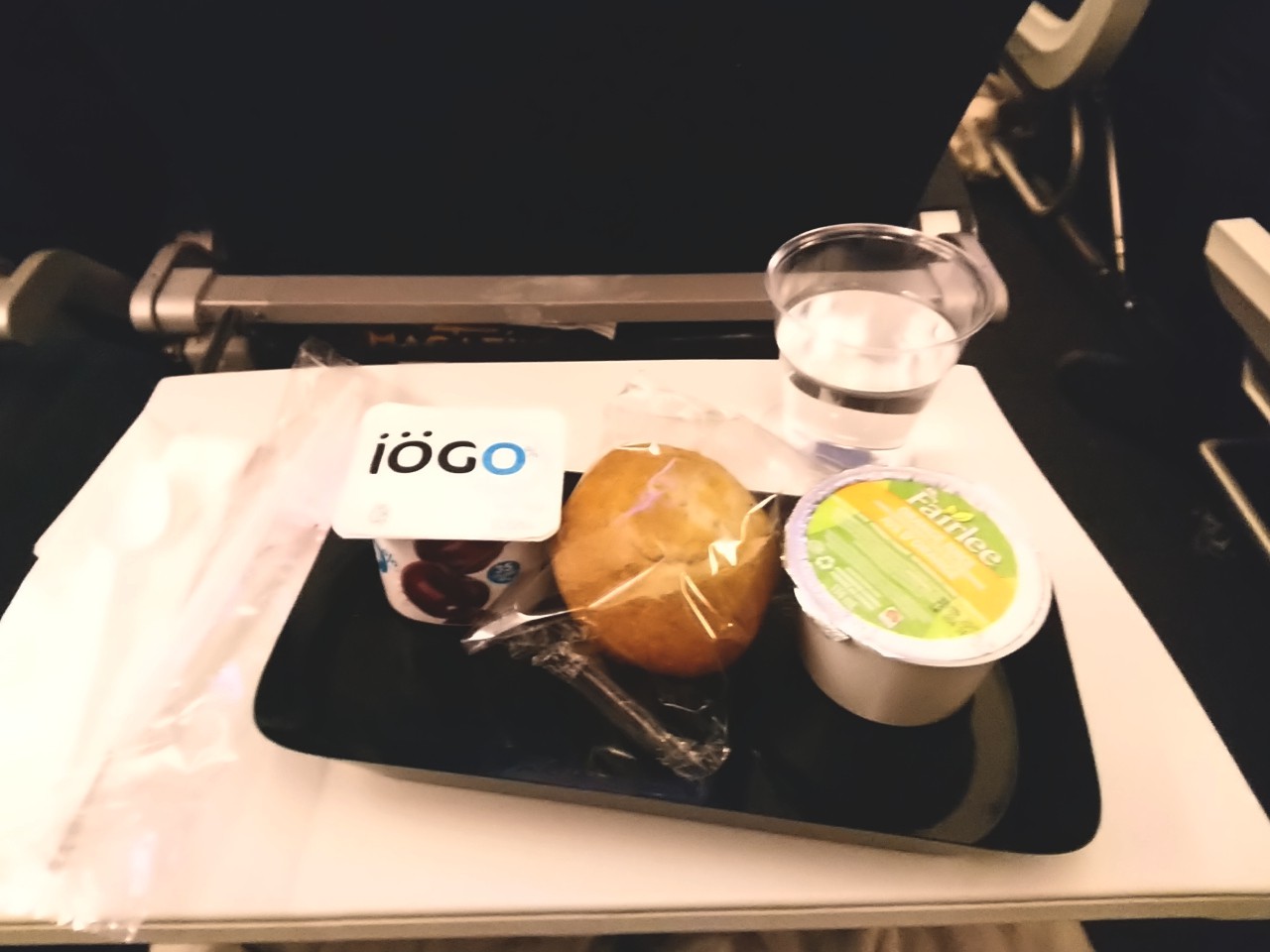 The arrival was expected at 7.10, but we finally land at 7.30 annd reach our gate at hall L at 7.45. Still some walking to do, some stairs to climb (the escalator to exit the jetbridge was out of order, "Paris loves you") and the shuttle train to the main terminal to take. 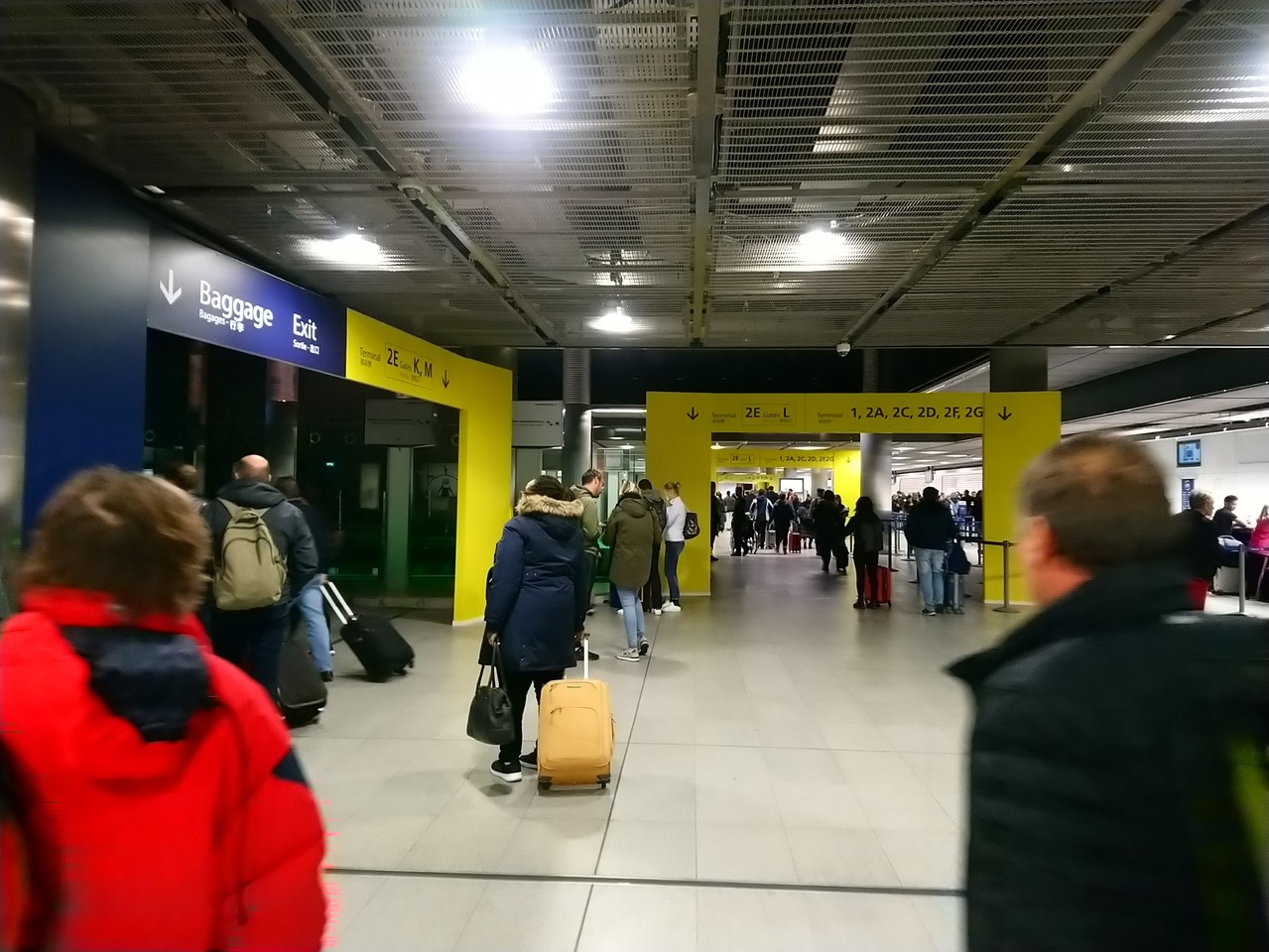 There is a very long queue at the immigration, and we reach the luggage belt at 8.15. We'll have to wait an additional 15 minutes before getting them. Quite a difference with Saint-Pierre, where it took less than 15 minutes from the landing to the exit! This short night flight in economy can difficultly be very pleasant, but Air France offers a solid product, quite better than the competition (Air Canada, Air Transat, Level and Corsair), both in comfort and catering. The delayed arrival (despite a short flight) and the poor experience at CDG are clear weaknesses.

The contributors of Flight-Report published 95 reviews of 4 airlines on the route Montreal (YUL) → Paris (CDG).

The average flight time is 6 hours and 38 minutes.

wop is member of Flight-Report since August 2013.

He wrote 43 reviews about 17 airlines and 23 airports.