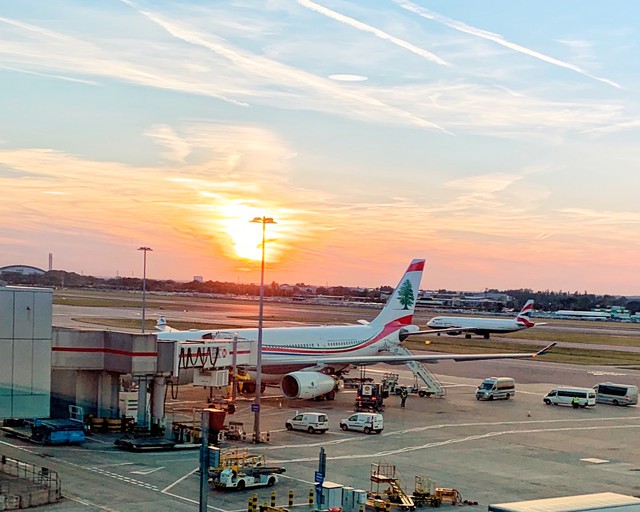 Hello peeps! Welcome on this next flight report with Middle East Airlines, the ranked number one airline in Flight Report with their Economy class! No doubt that the Lebanese hospitality is soaring high in the skies!

This flight covers my  trip from Beirut to London on MEA's 203 flight. Per schedule, this flight is usually operated by A320s, but demand was very high, therefore this flight had an equipment change to the Airbus A330-200. The bird featured will be registered OD-MEA. This aircraft was delivered brand new to MEA in 2009. As MEA has a tendency to keep their fleet very young, we shall expect this aircraft leaving a couple of years from now.

As I just arrived Hariri airport, I passed check-in and immigration in less than 5 minutes. Although there were constructions and renovations inside the terminal, it seemed BEY had it all under control!

Conventional shot from the departure lounge!
Note Nile Air A320 (operating for Wings of Lebanon) , Fly Dubai B737, MEA A320 wearing the skyteam livery and Air Arabia's A320. 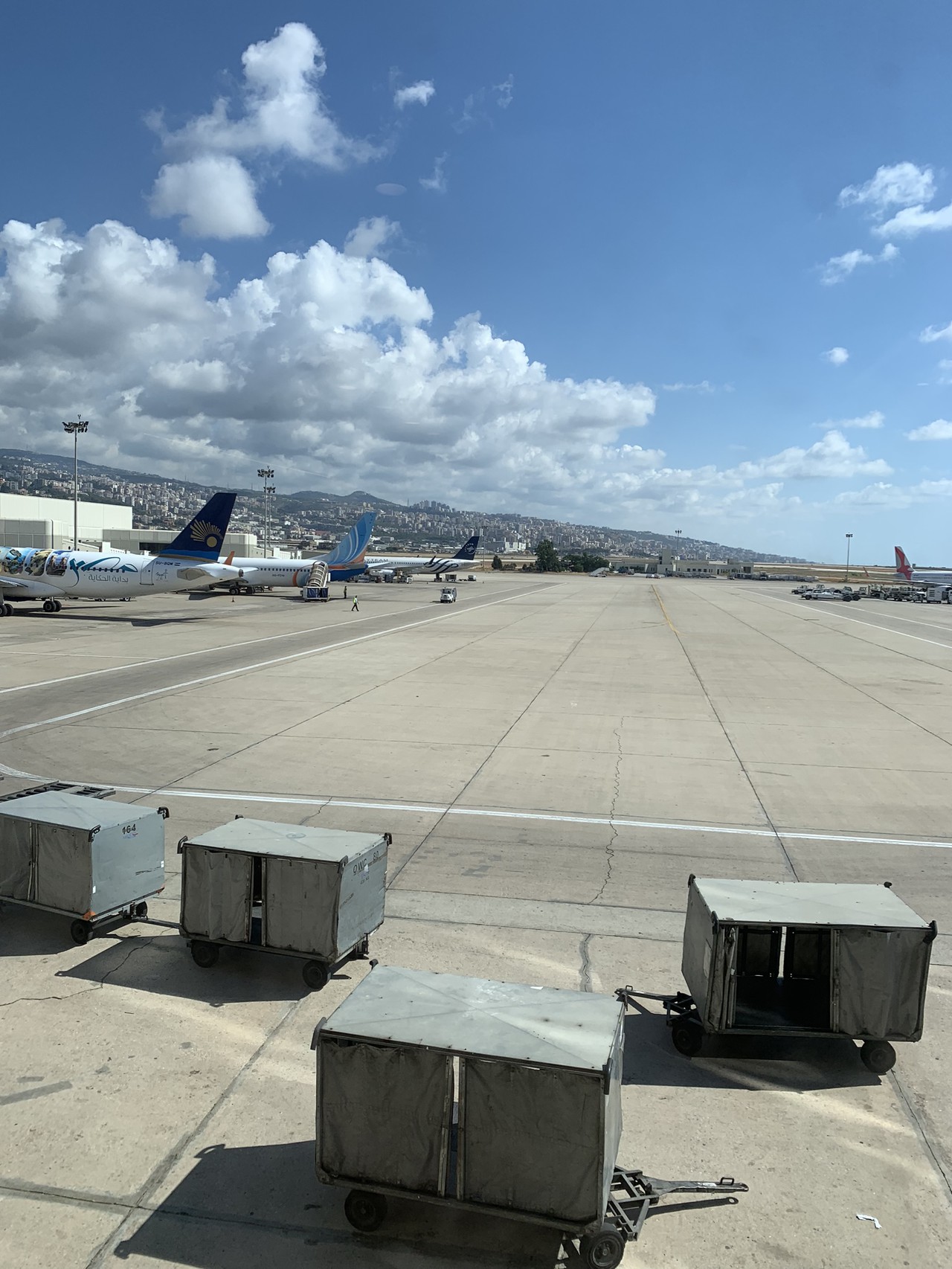 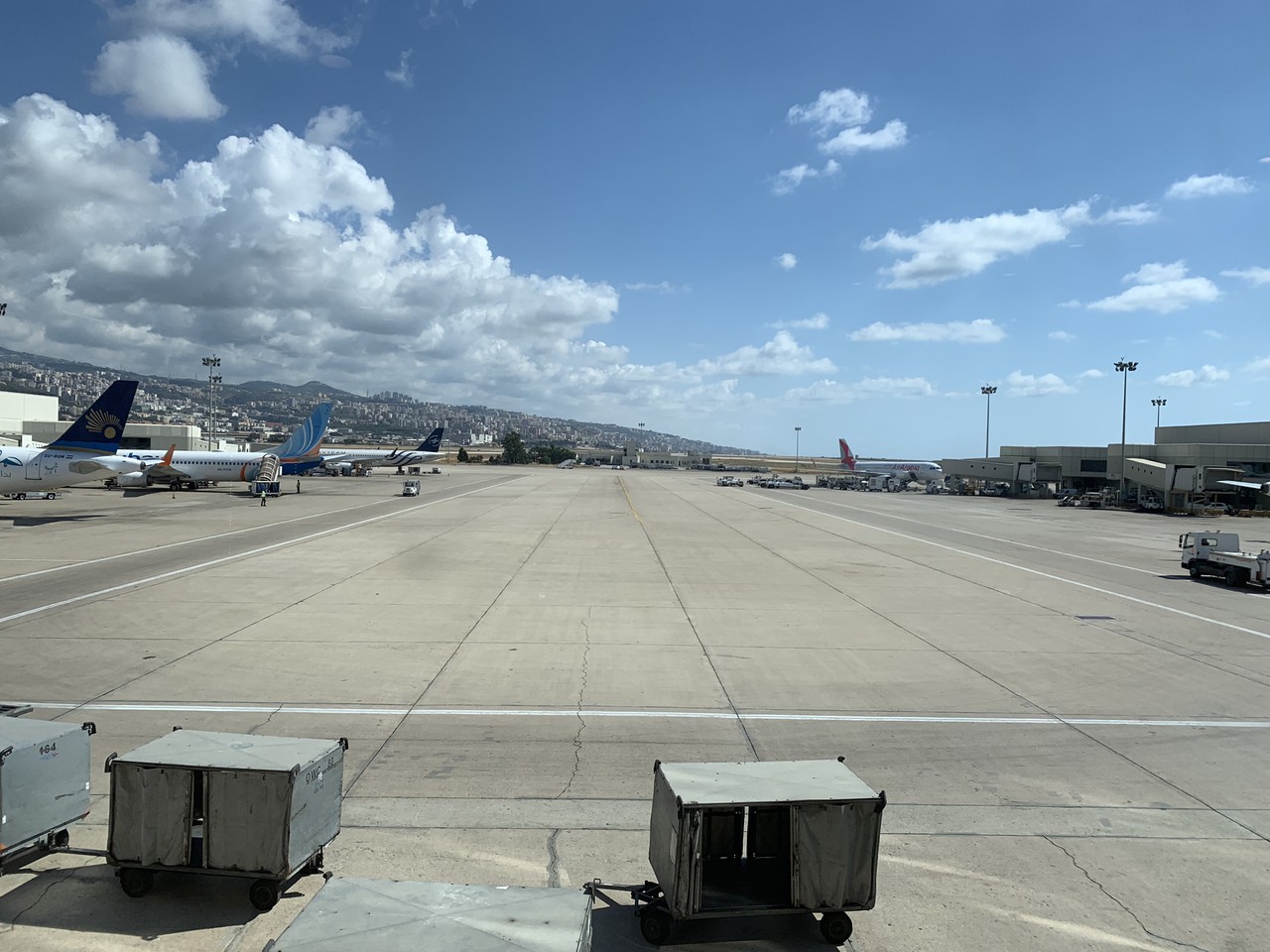 As I visit Cedar Lounge quite frequently, I have decided to sit at Salt Restaurant and try their food, as they have an exceptional rating on taste and quality.
I made my choice on the authentic Foret Noir cake, accompanied by a 250ml Perrier. Pretty light before a flight, isn't it? 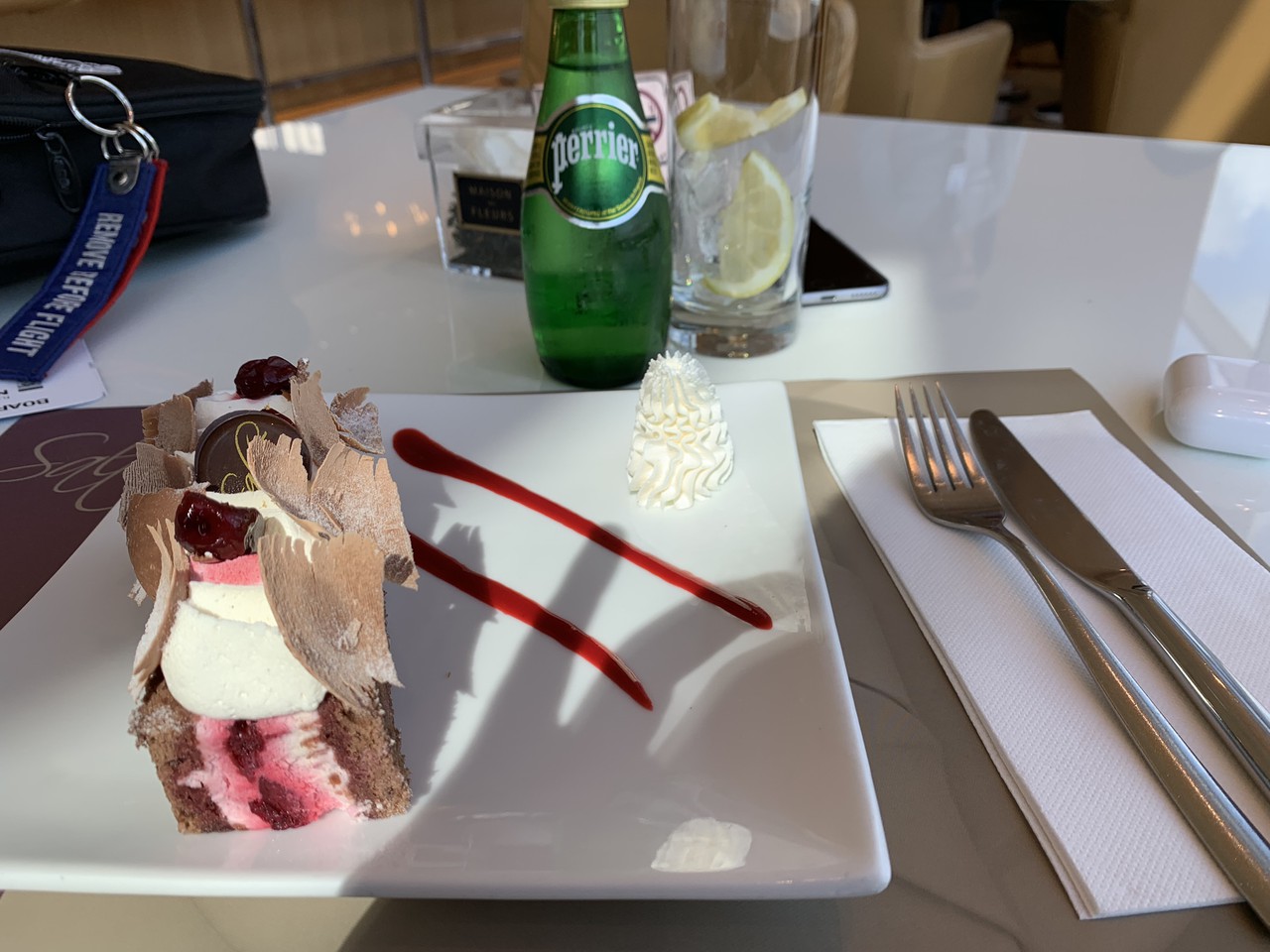 Then as time passed, it was time to start boarding. My aircraft was positioned on stand 21.

As I got on board, seat 35K, I got a nice view of the MEA flagship representing Lebanon in the Lebanese ground and skies, especially on international soil and airspace! You feel really proud being on this airline, especially when you are Lebanese, as the airline's legacy is one of Lebanon's strongest economy! 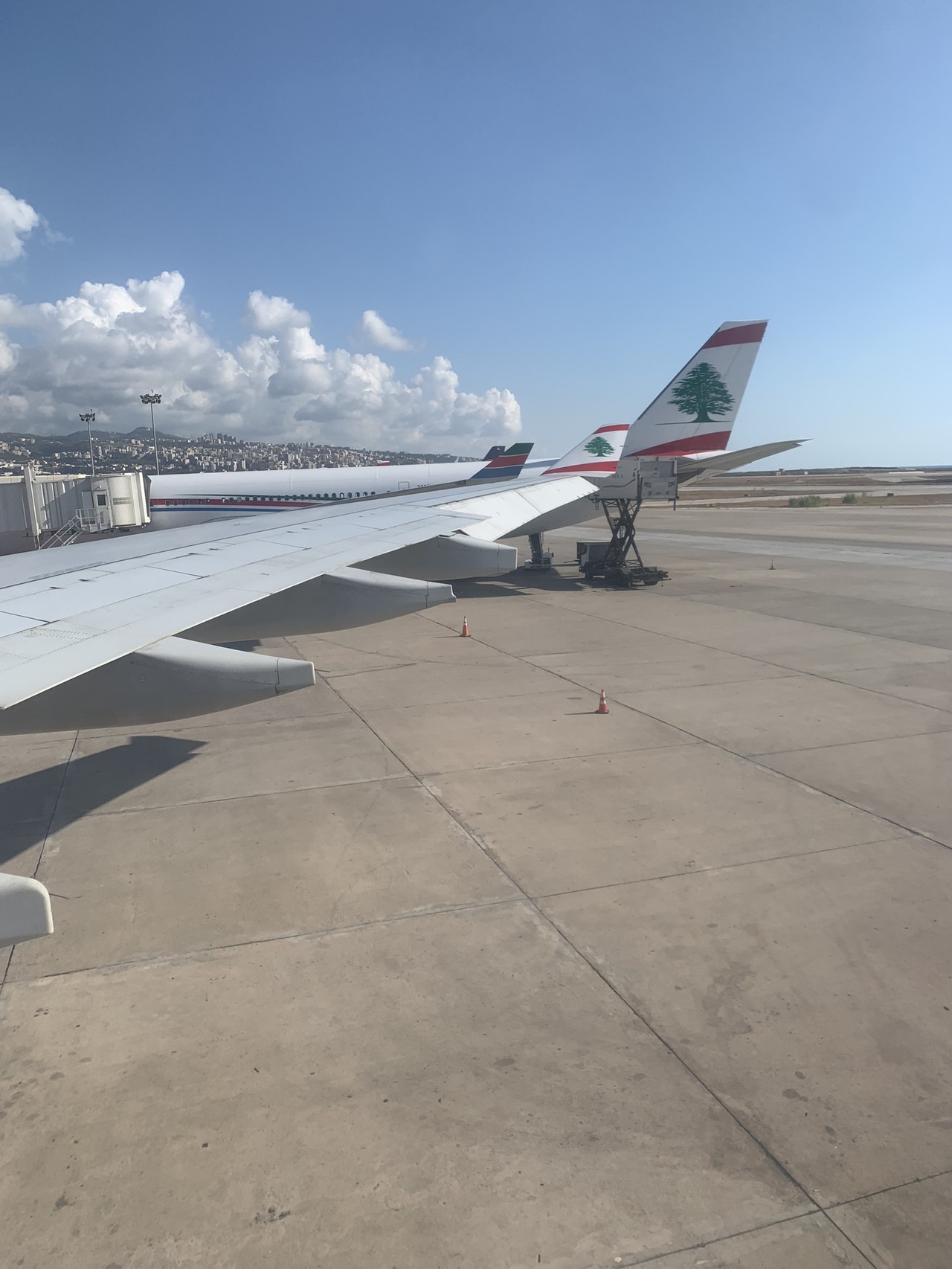 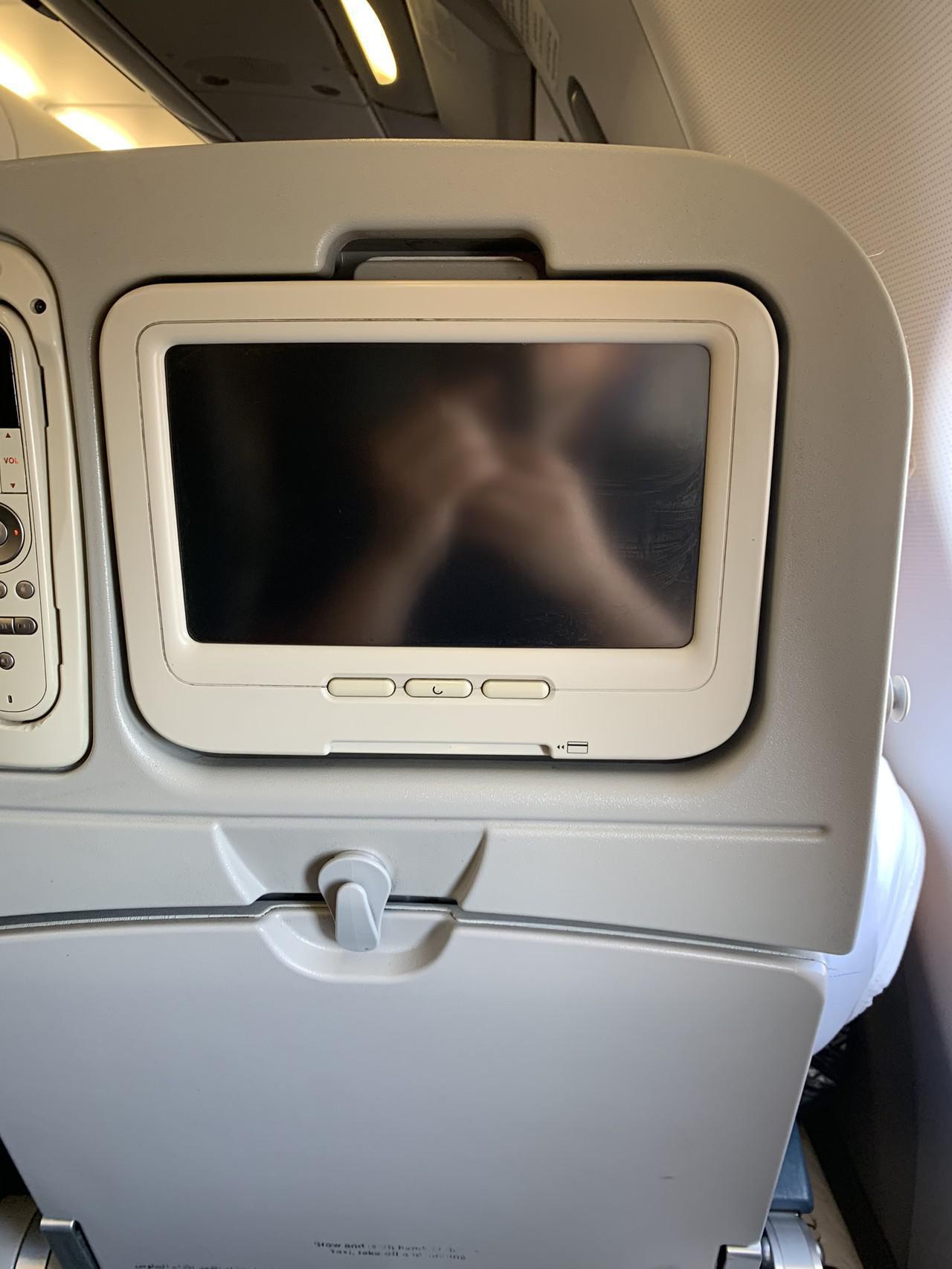 The IFE is slightly outdated but offers decent choice for a 4:30h flight! MEA's new A330 (OD-MEE) has a different cabin and has USB charging ports. View of the cabin whilst boarding. 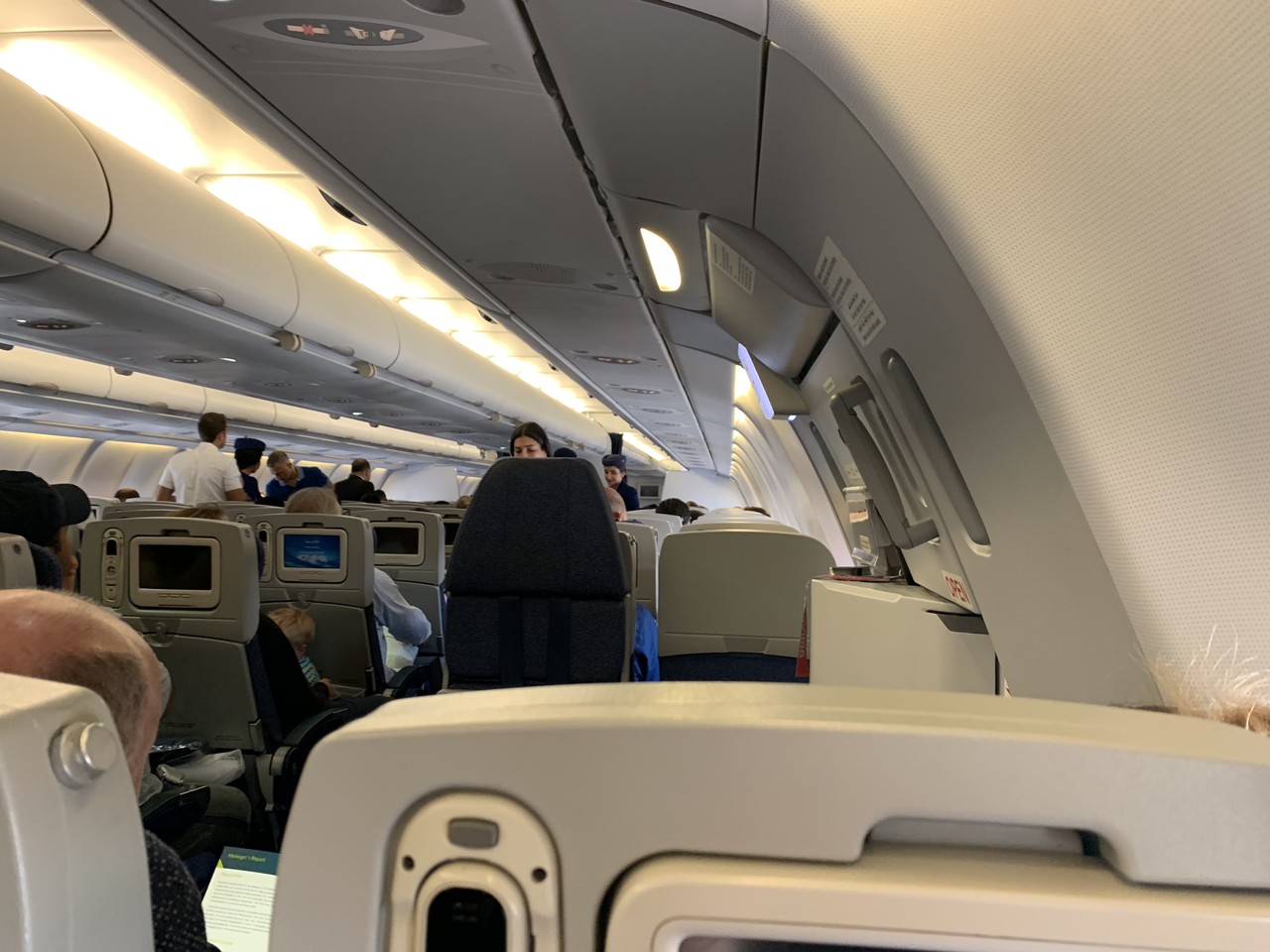 Then as we started taxiing, the safety video was already running. We off-blocked on time. 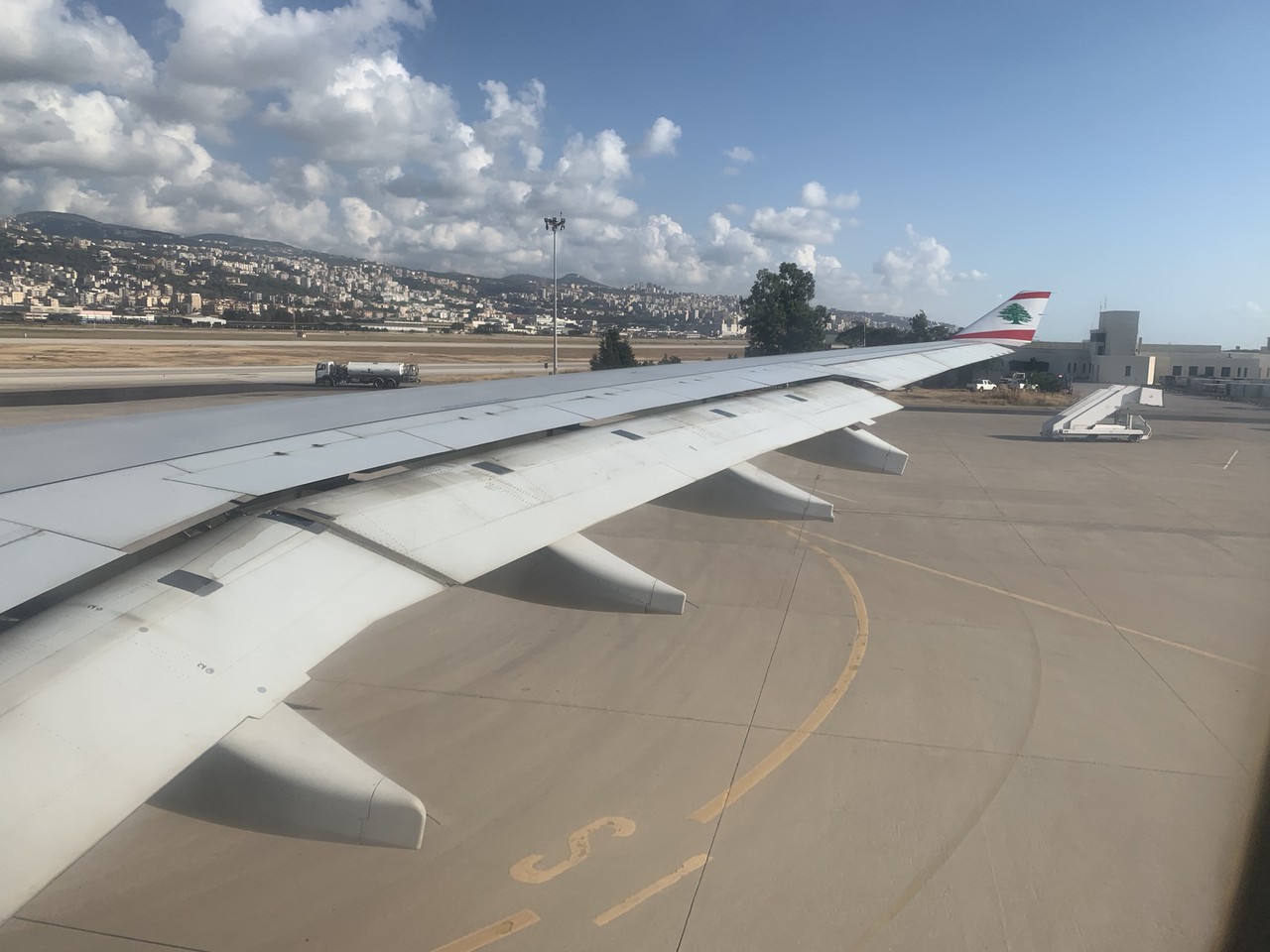 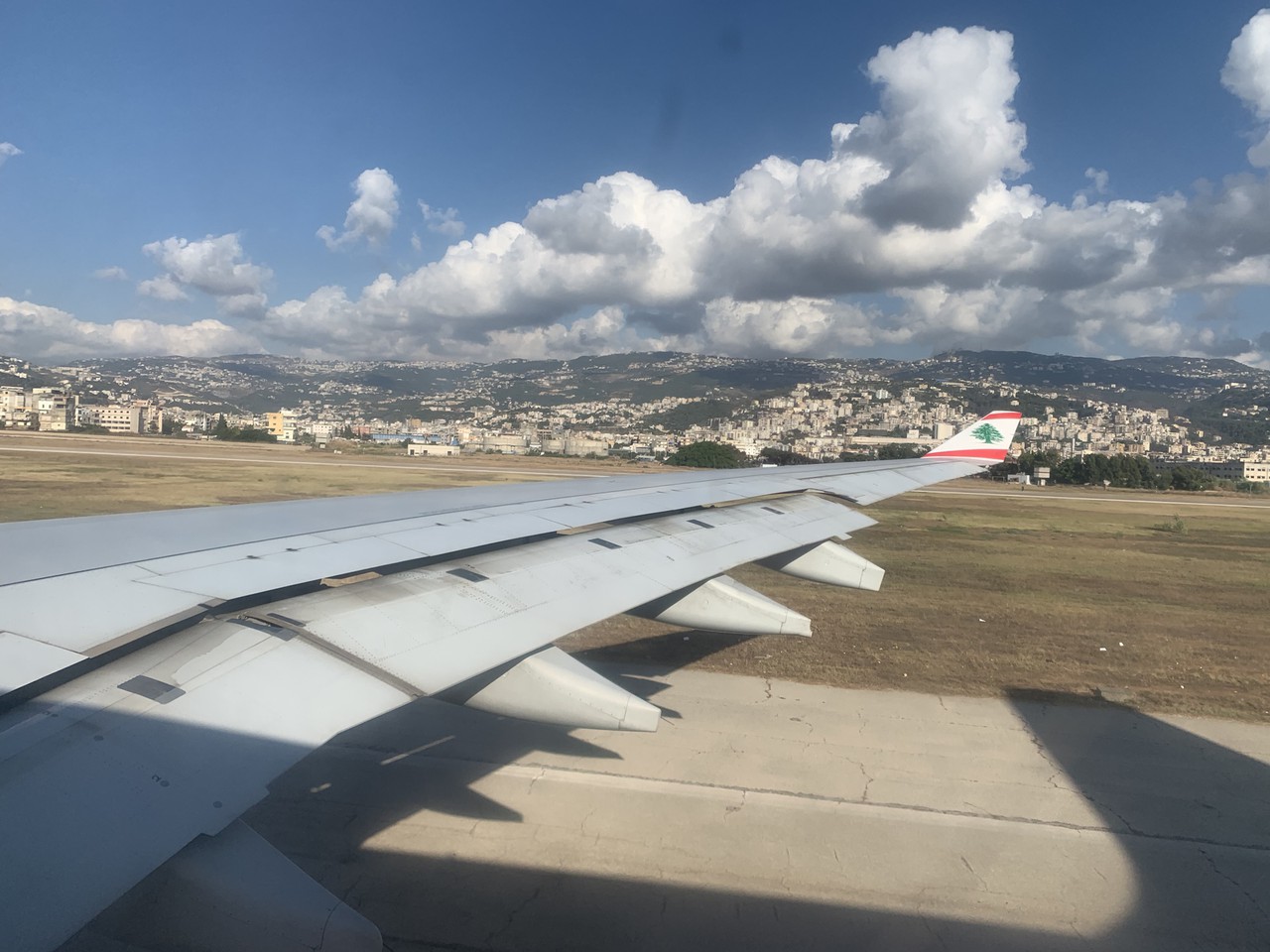 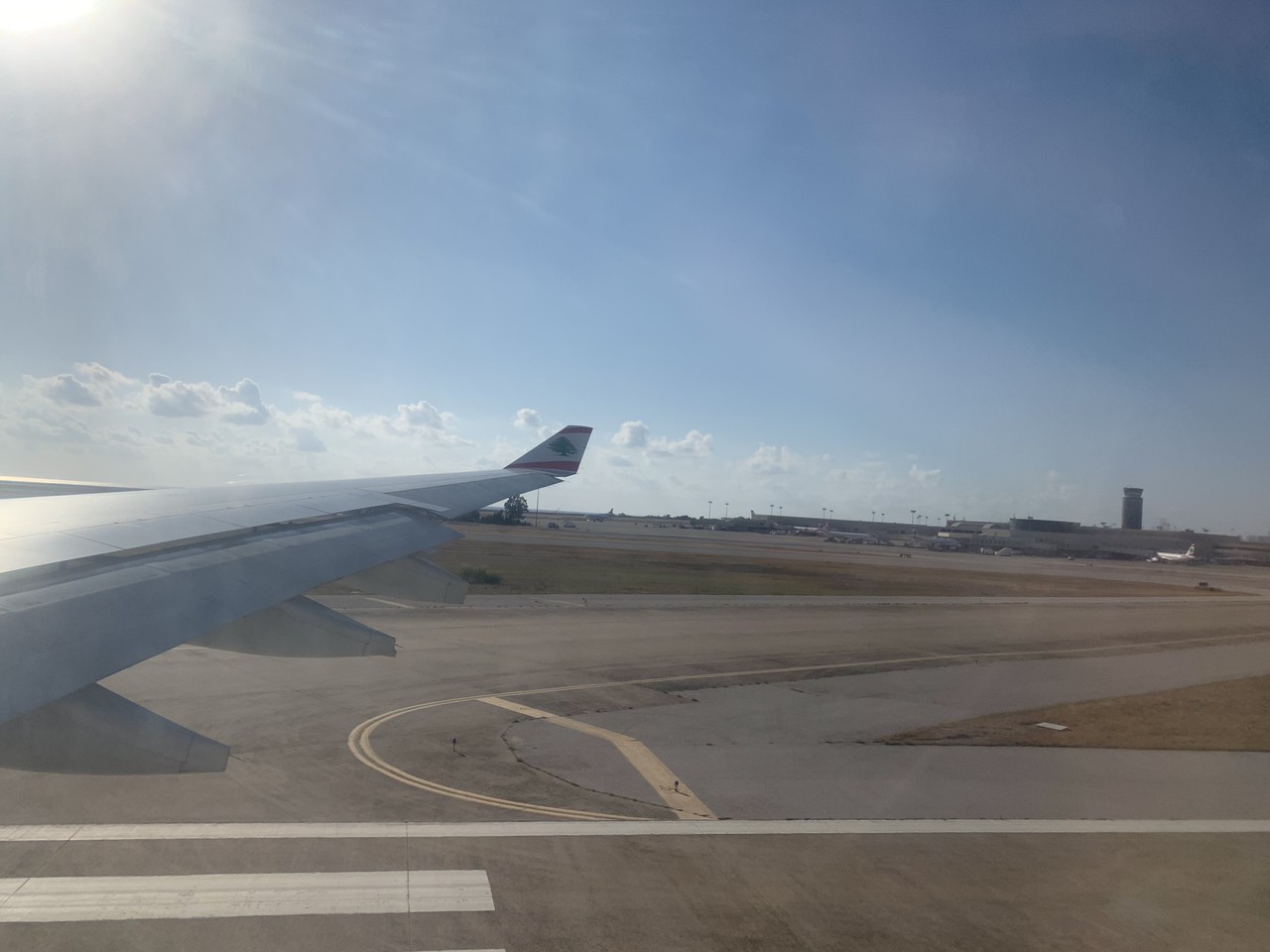 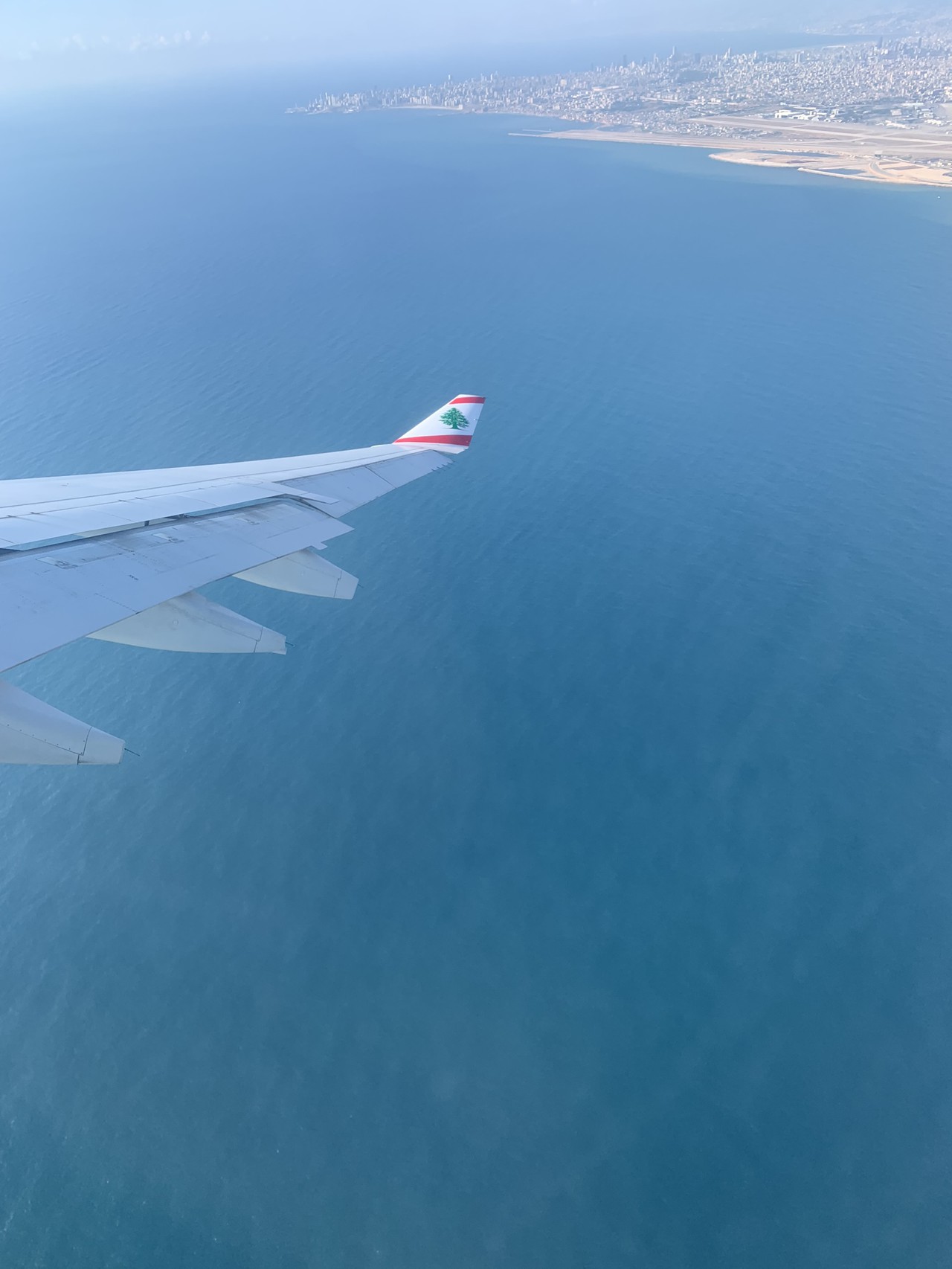 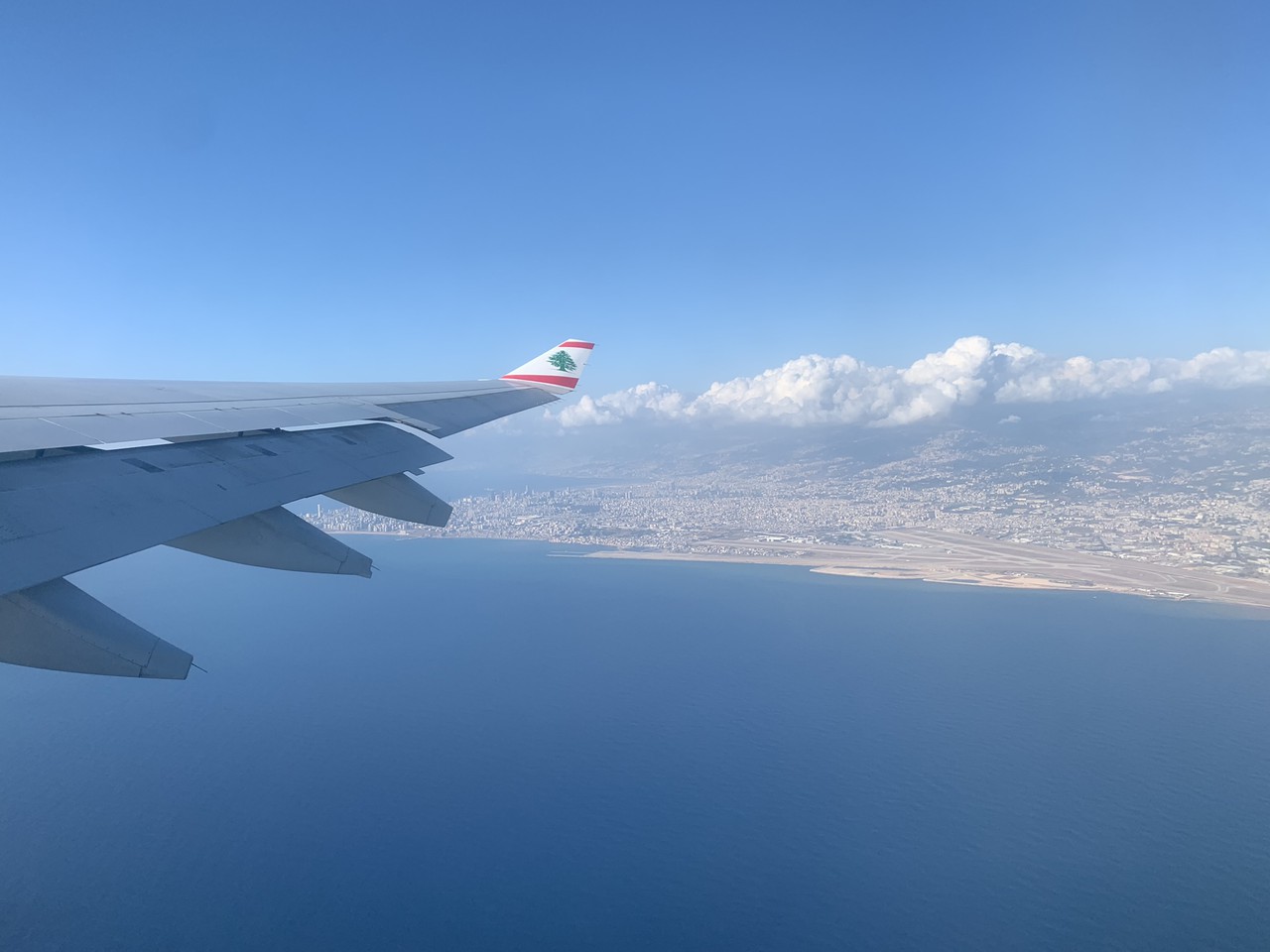 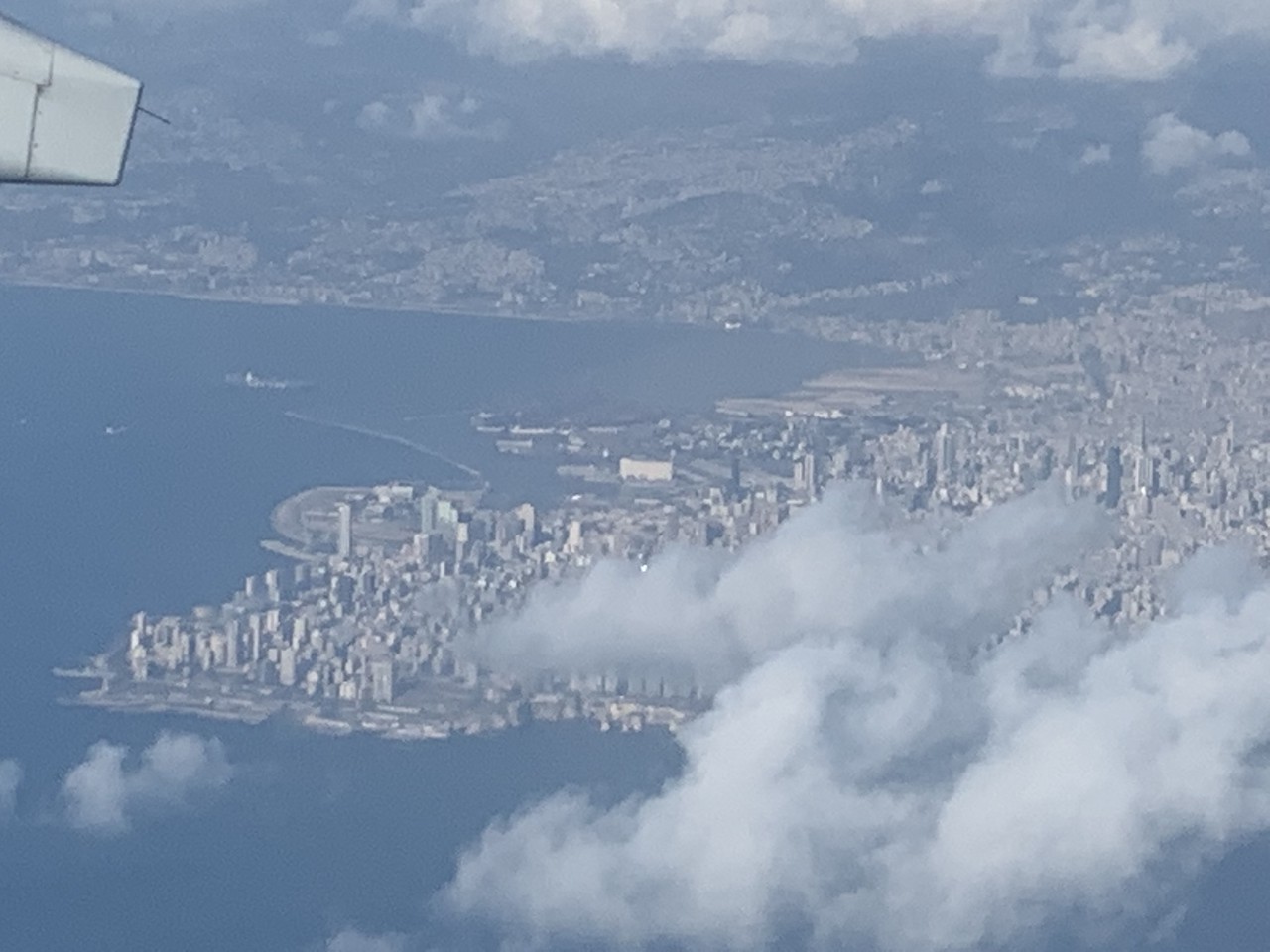 As we reached cruising altitude, drinks and Lebanese nuts were served. Very high quality by Al-Rifai, their nuts are the best in Lebanon. Specially packed for MEA. 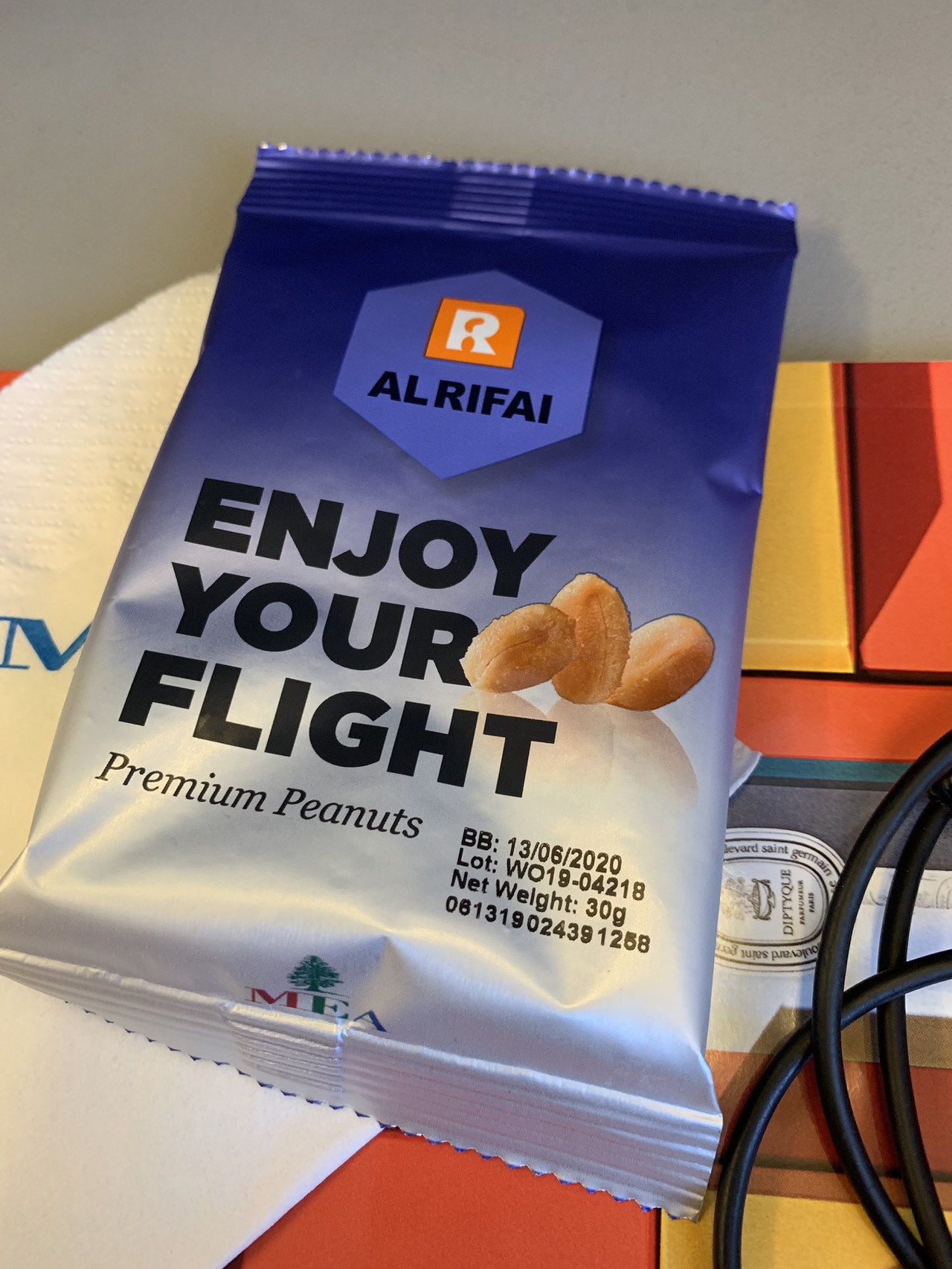 And time to eat. I was very hungry, I decided to opt for the oriental chicken and fish. The cake wasn't enough in BEY, as I mentioned, it was light ;) 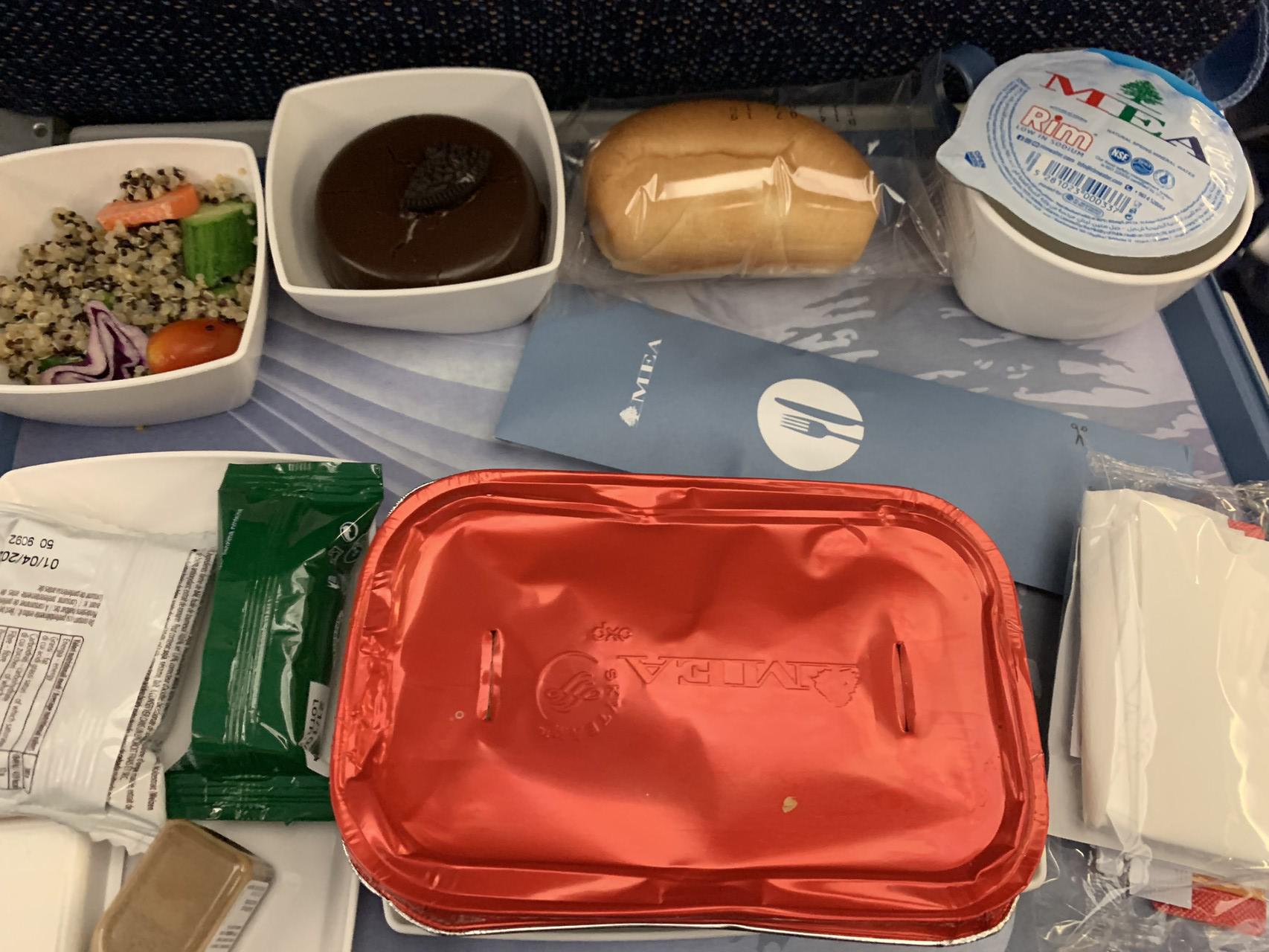 Now uncovered. The quinoa salad was fresh and refreshing, served aside is cheese and crackers, water and a delicious Oreo cake. Yum! The Chicken is a Lebanese dish we call Rez Aa Djej (Oriental Chicken rice), served with almonds, pistachios, minced lamb and obviously peppered rice. 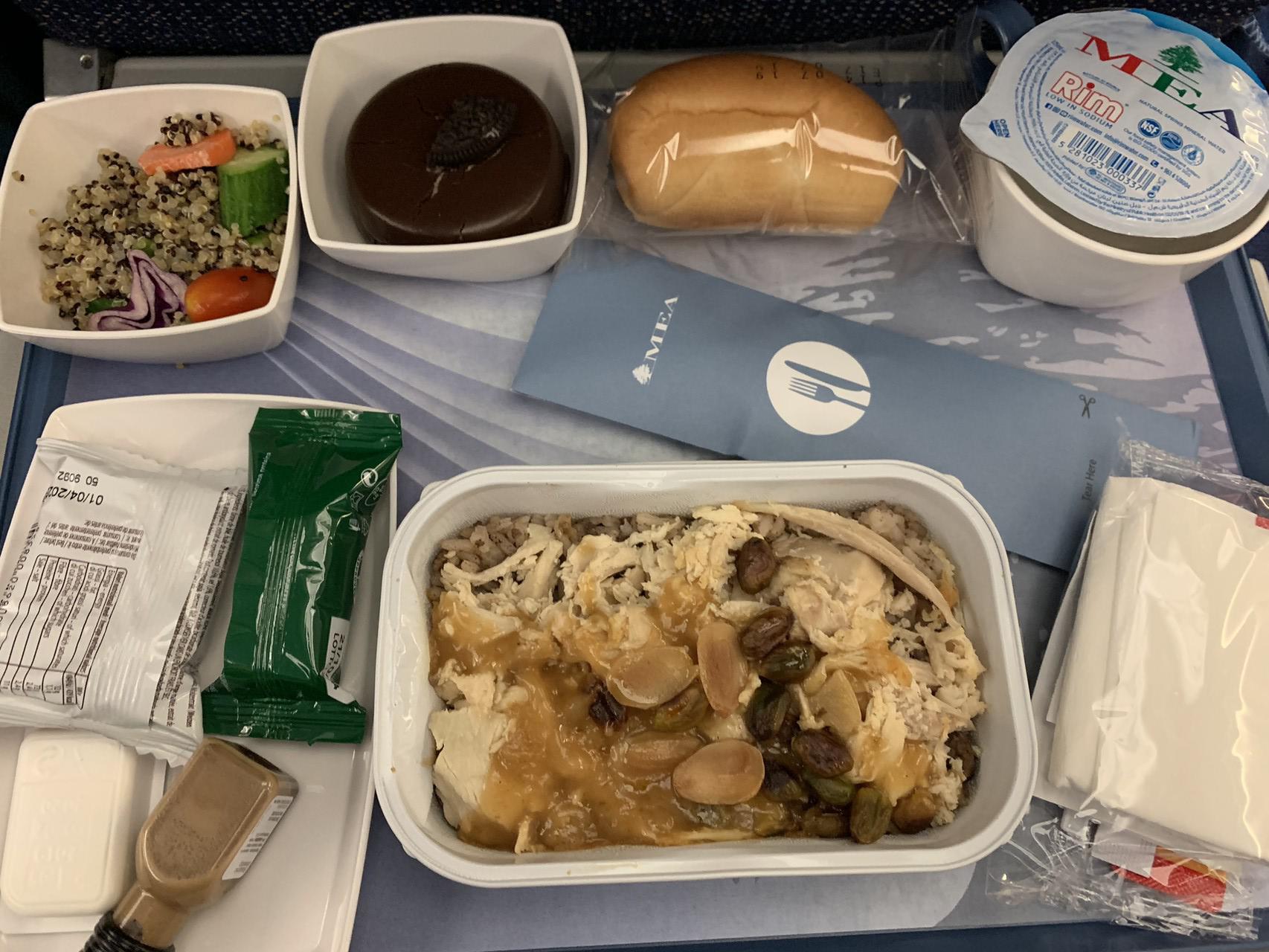 The fish was great, not under/over cooked, and the sauce served matched with the fish and garniture. 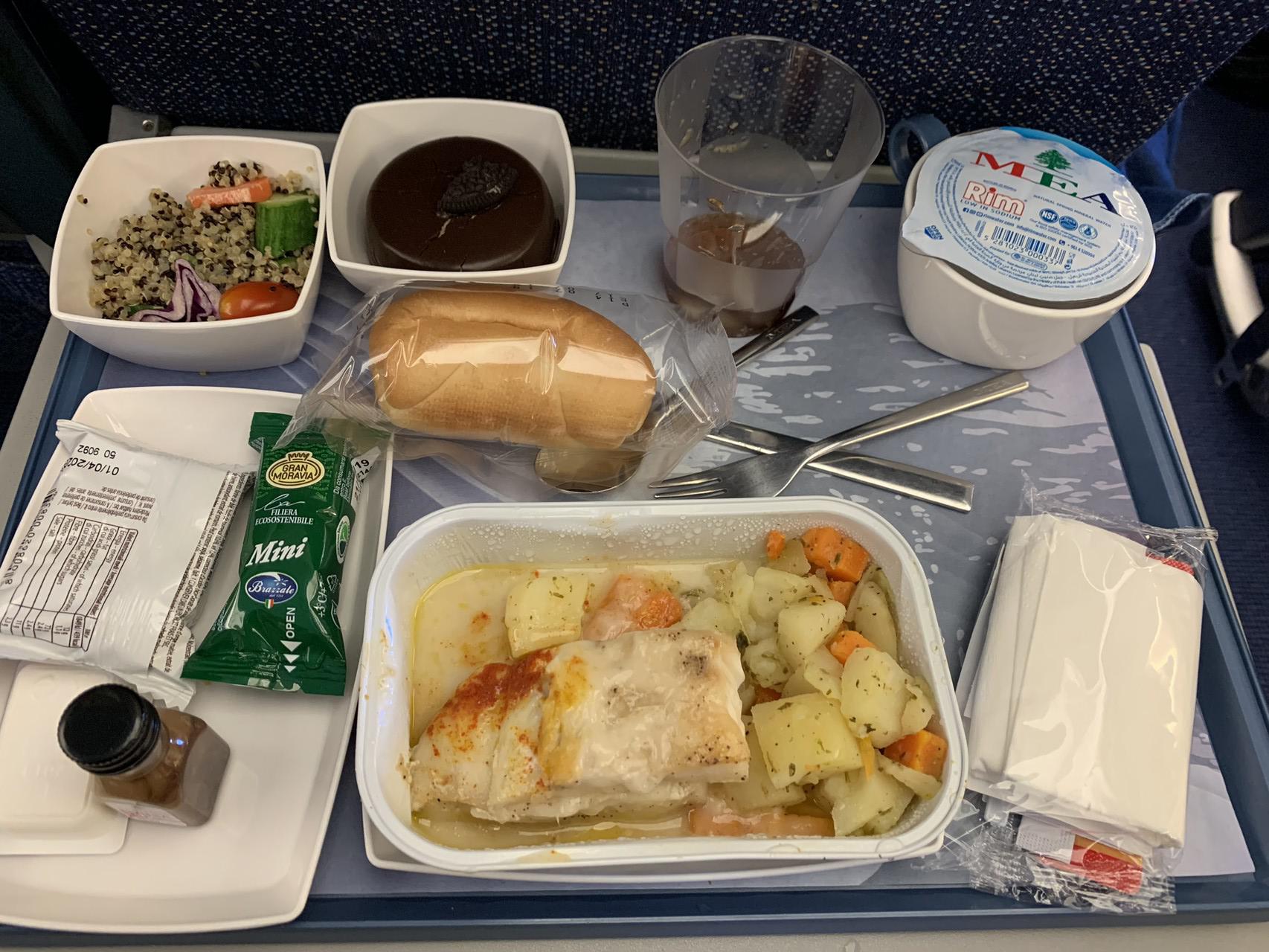 Time passed, as I watched two movies, and there we are approaching the English channel. 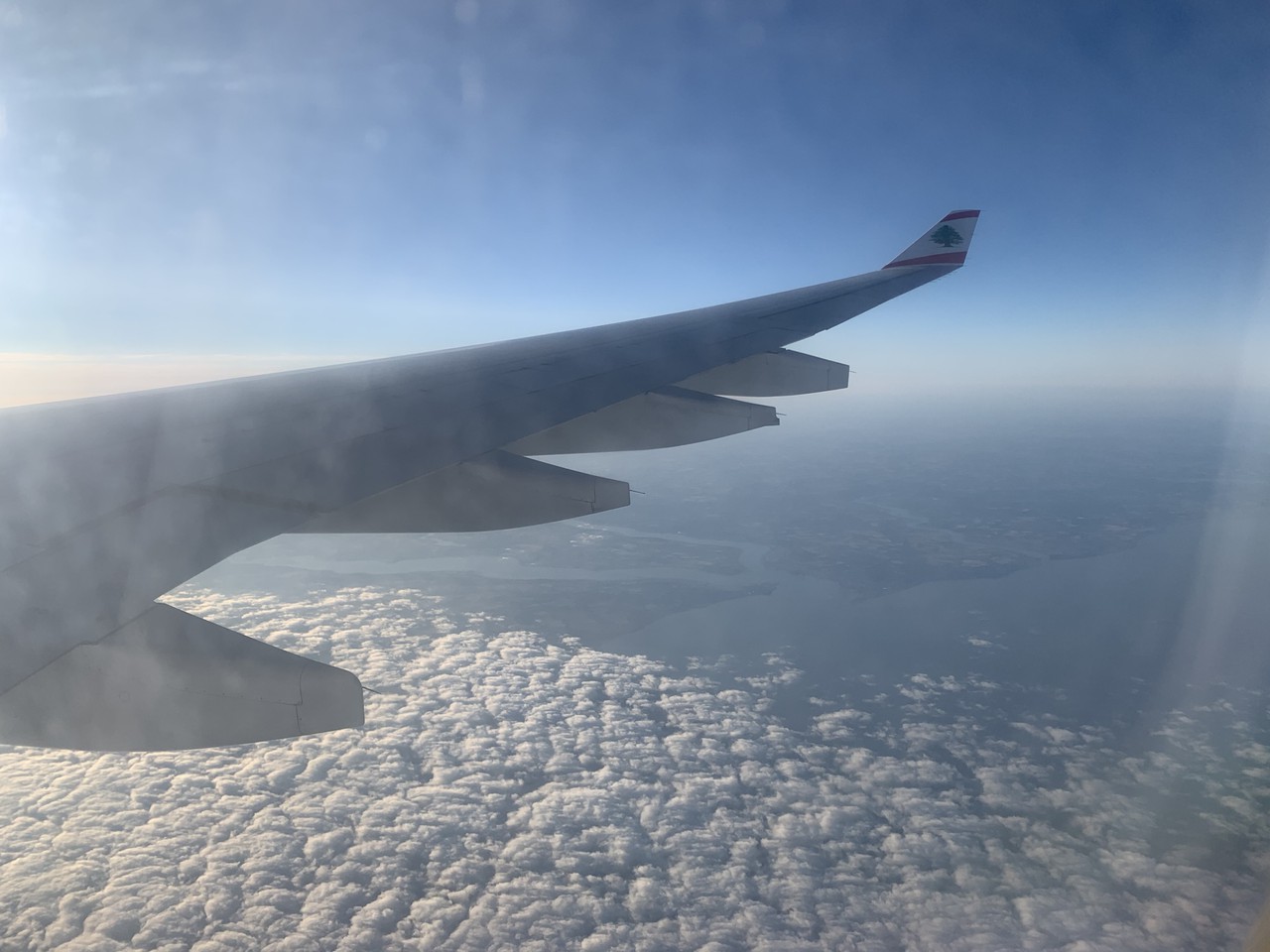 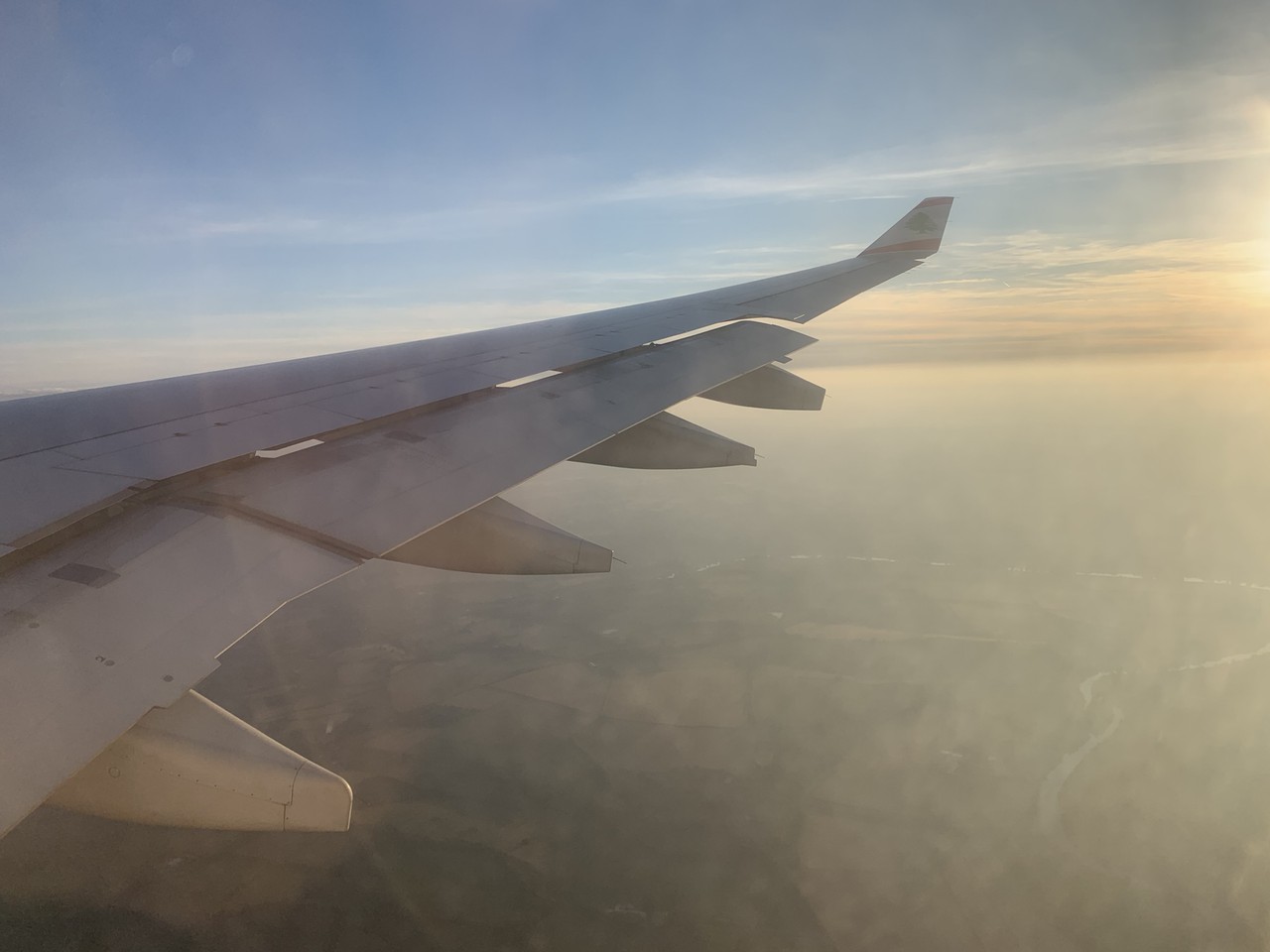 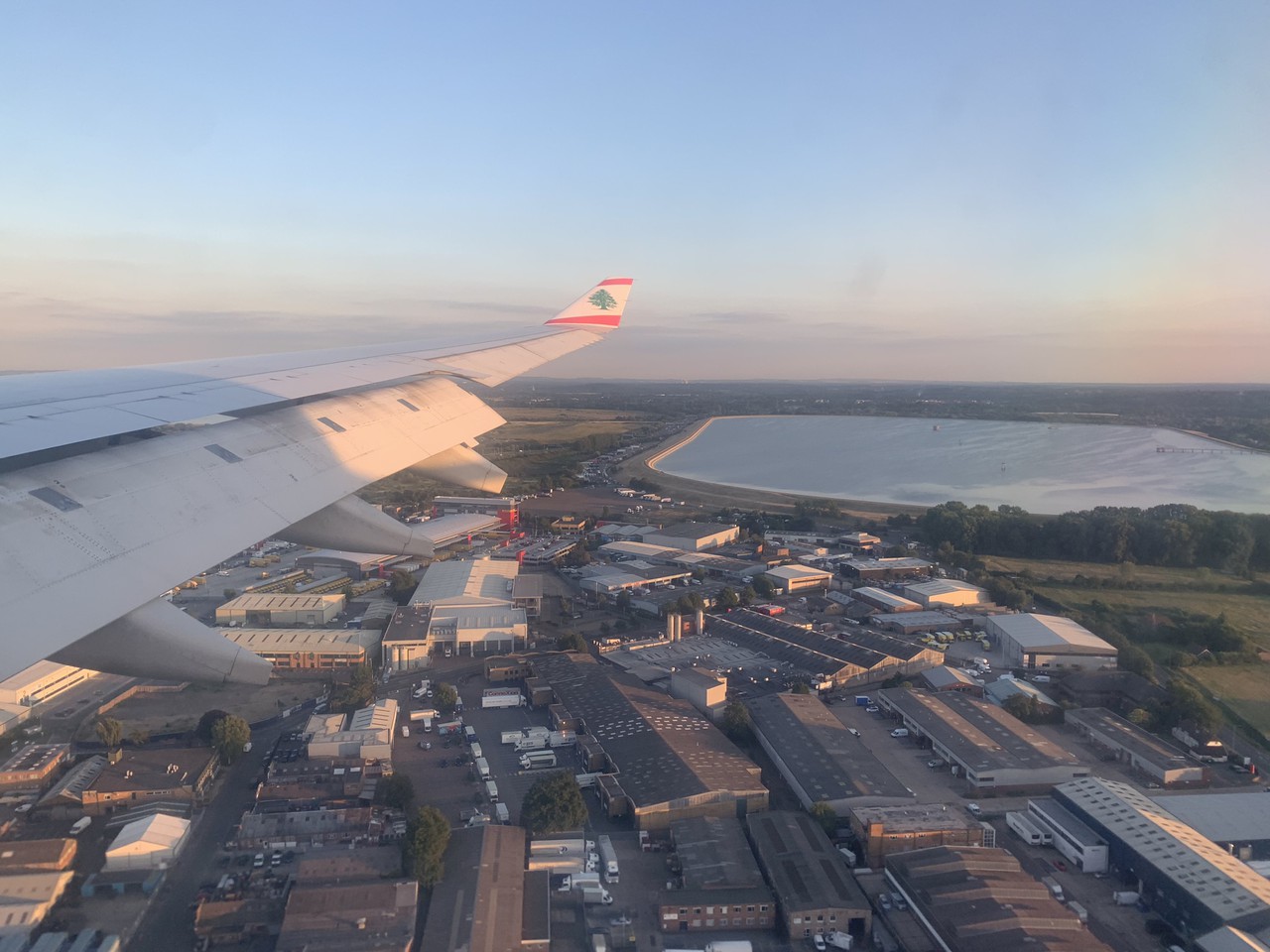 A bit of green before entering regaining London city 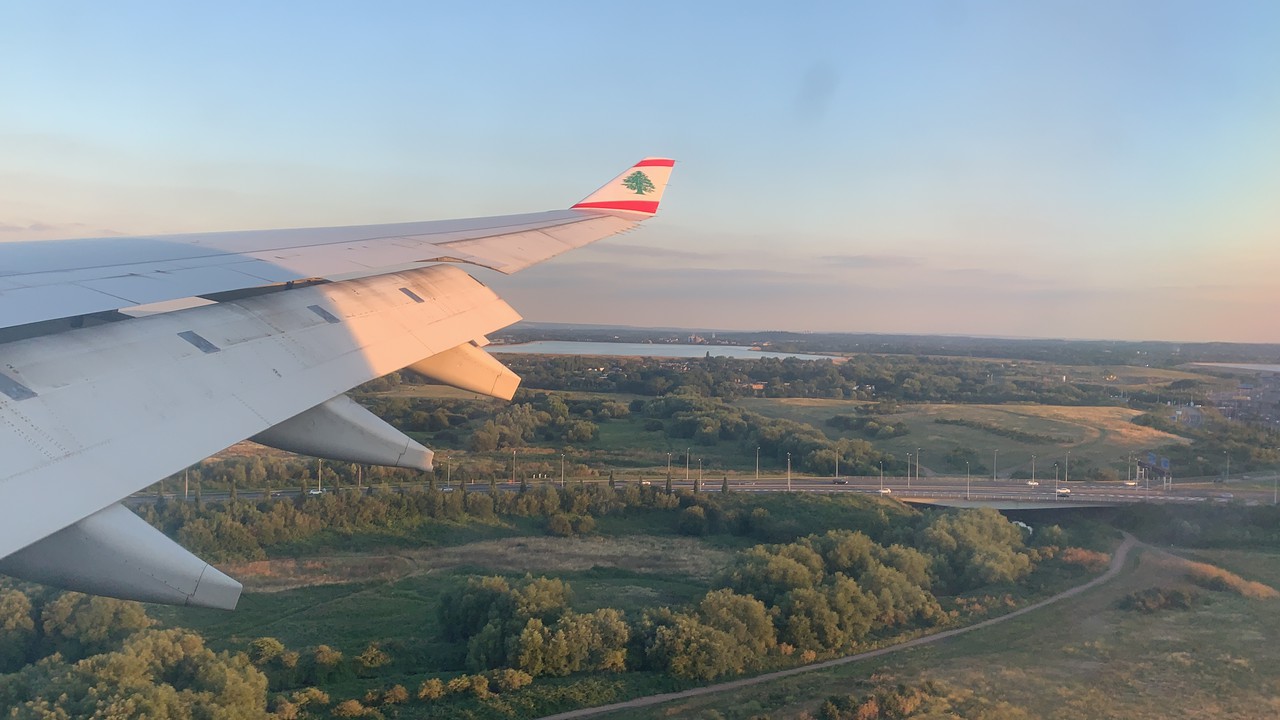 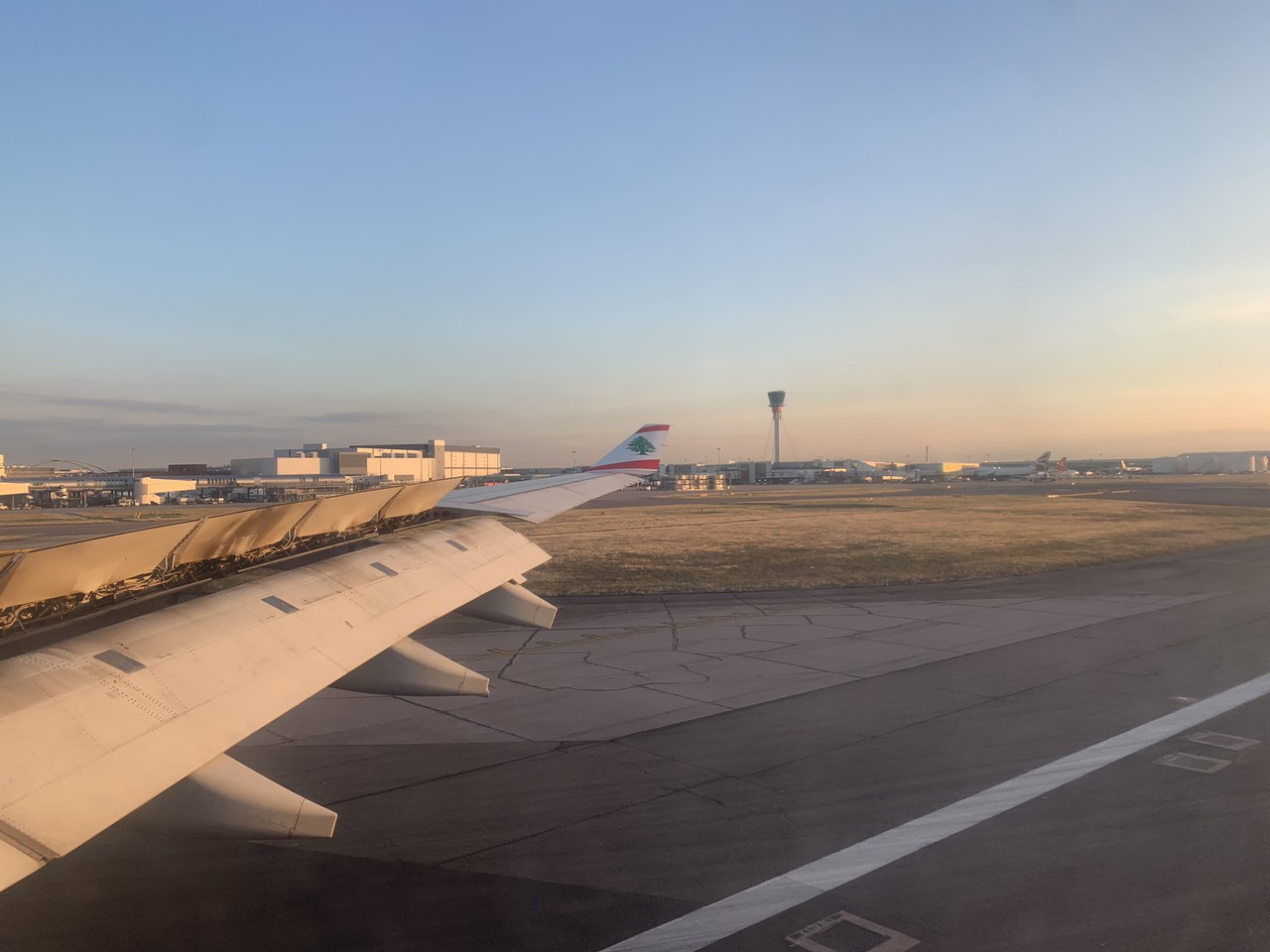 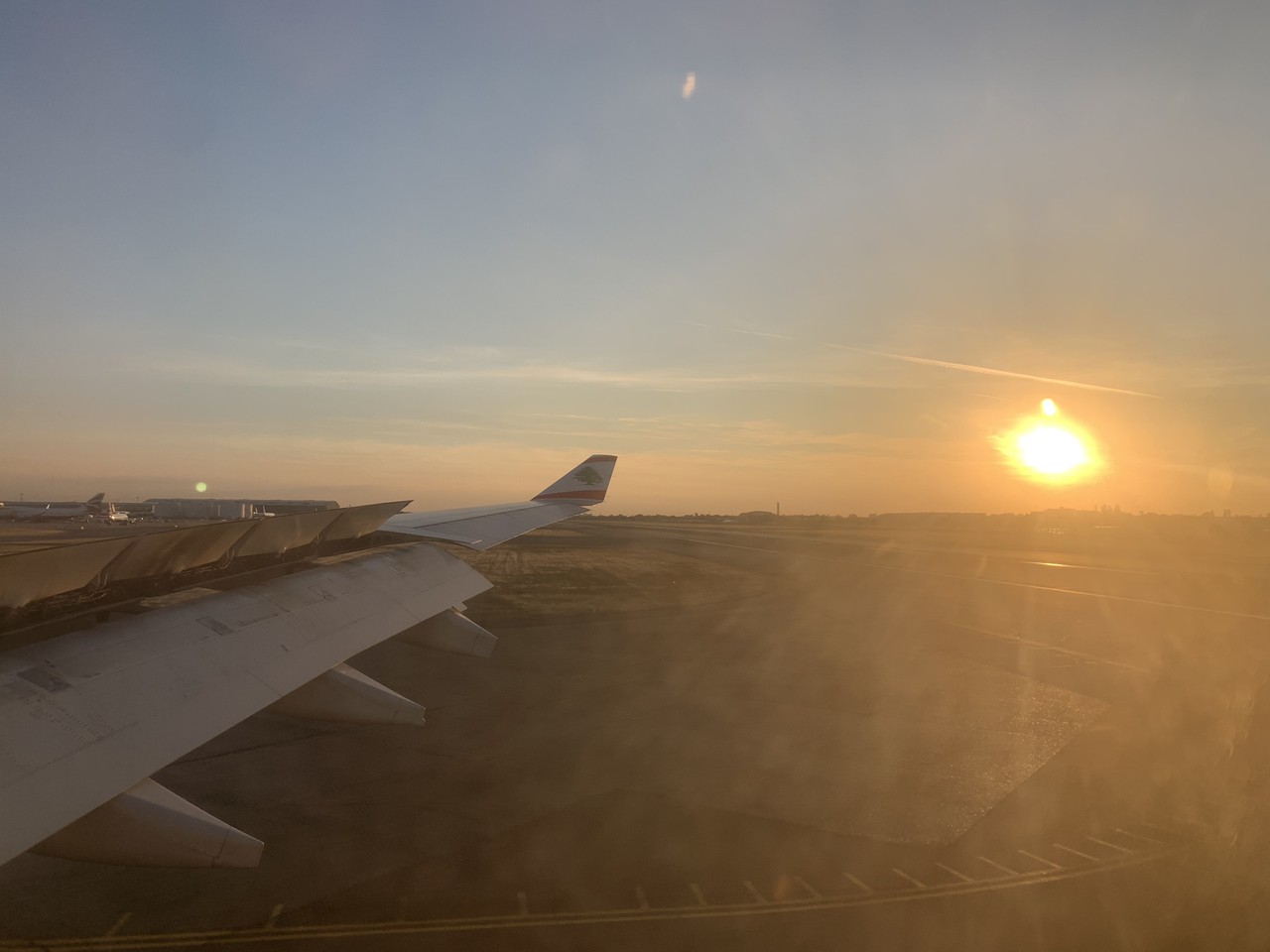 Disembarkation was imminent and there is the bird! 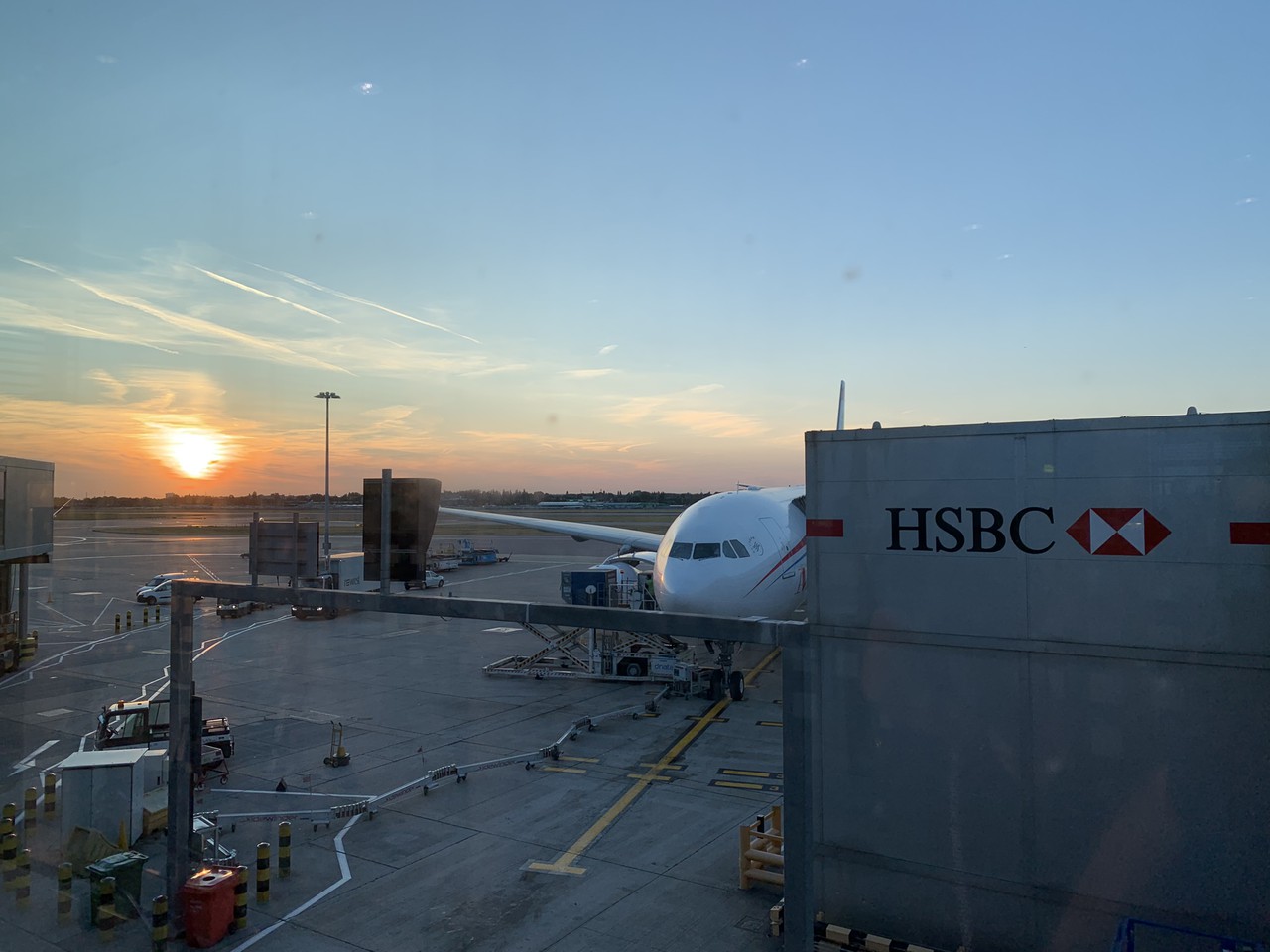 Hope you enjoyed the report! Will you consider flying MEA?
Slight bit of editing (zoom didn't help I know :( ) 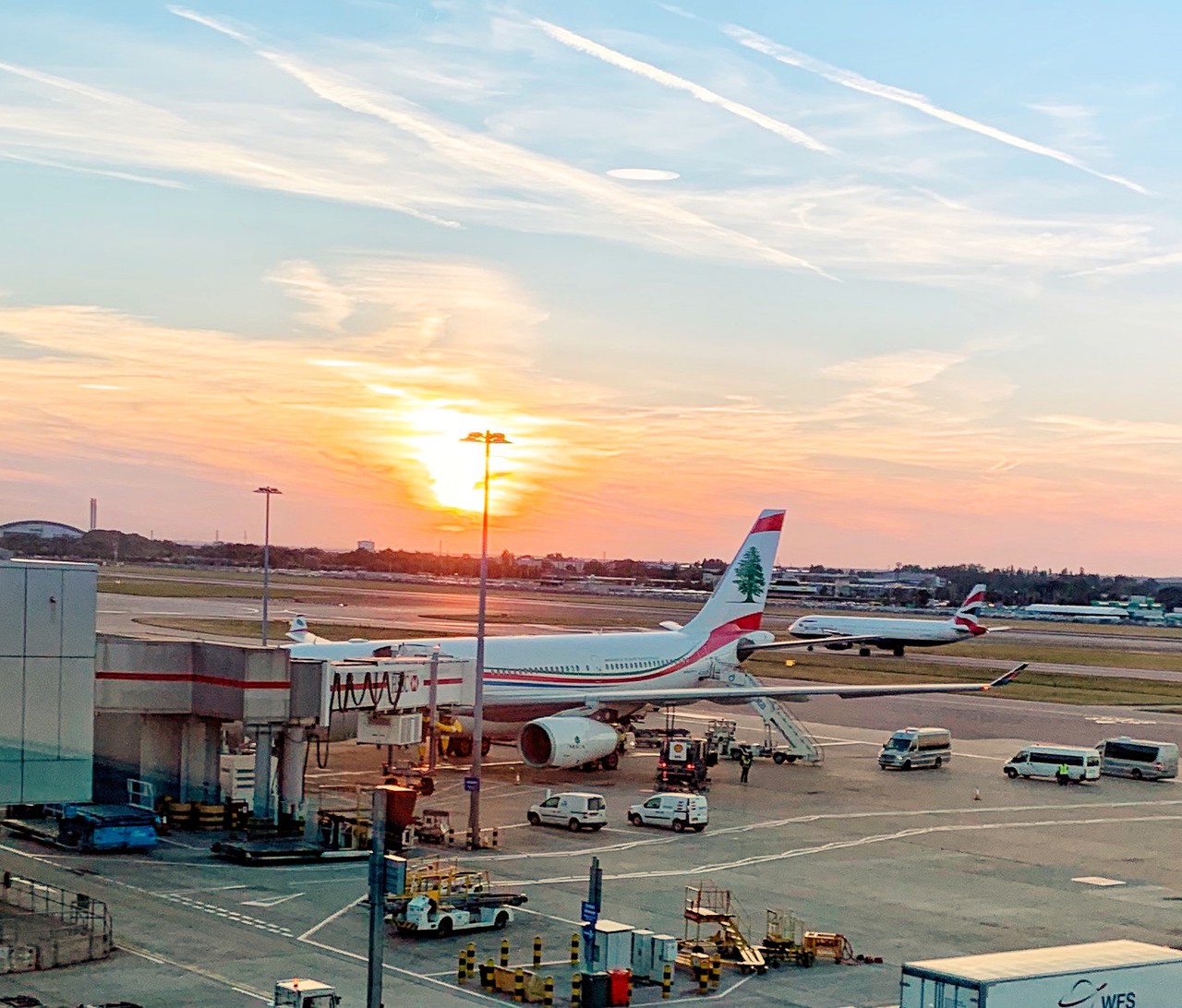 MEA offers great products on board, the food is absolutely amazing as always and yet remain my favourite airline meal. Cabin crew as always were very professional and proved their precise training. They always go above and beyond expectations. The entertainment is more than enough on this short sector. The reason I rated 8 is because of the lack of WiFi (coming soon on their A321neo) . The cabin is starting to wear its age, but I know the aircraft will be replaced soon, as it currently is, it is very comfortable and legroom is great; the cabin was clean.

Beirut Airport is a small airport undergoing expansion works, but you'd find almost everything you need in the duty free with great restaurant offerings. The departure lounge lacks seating, but otherwise I love this airport.

Heathrow is efficient and clean, well connected but Terminal 3 is always too crowded.

Many thanks for reading!

The contributors of Flight-Report published 9 reviews of 2 airlines on the route Beirut (BEY) → London (LHR).