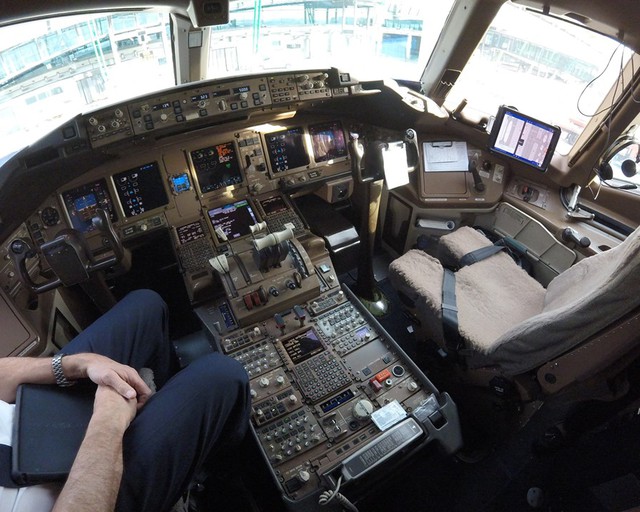 #45 out of 71 Airlines A minimum of 10 flight-reports within the past two years is required to appear in the rankings. 876 reviews

Running late on this one… This was my first flight of 2019. I've already reported on the Iberia A340-600 that I flew on the return trip, but this is the outbound flight I've not done a proper review on. So let's get going! 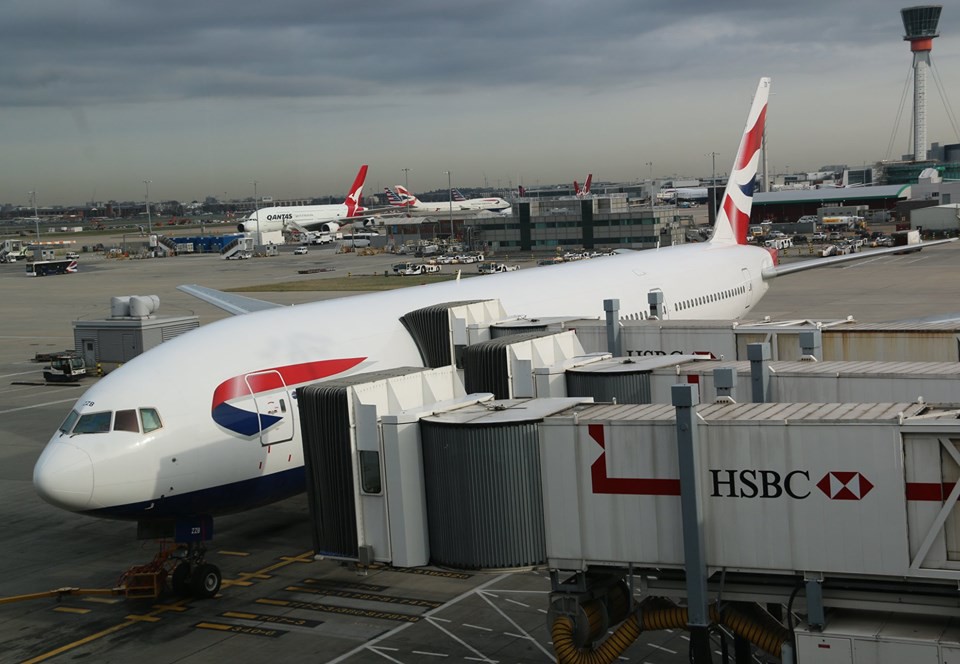 So I got to London Heathrow around 10:30am, it was straight air side for me.

I went to T5B as the gate signs were saying that I would be flying from there, subject to a last minute gate change, this was great for me as it meant I could enjoy some photography of wide body British Airways aircraft at their gates, given I normally end up flying out of the A-gates not allowing for that many decent pictures. I wasn't disappointed by the selection I was free to snap away at! 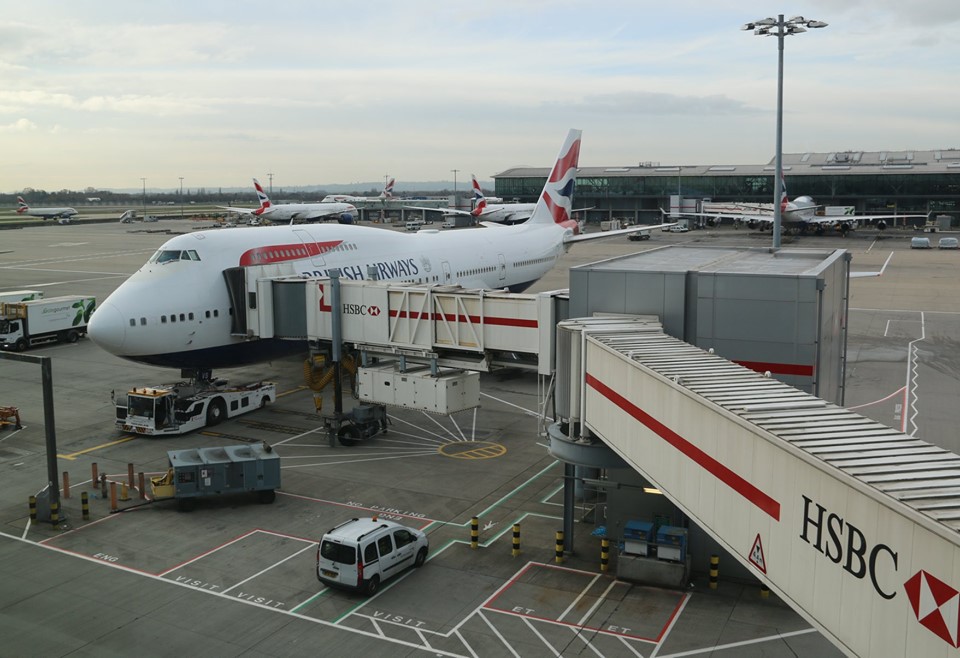 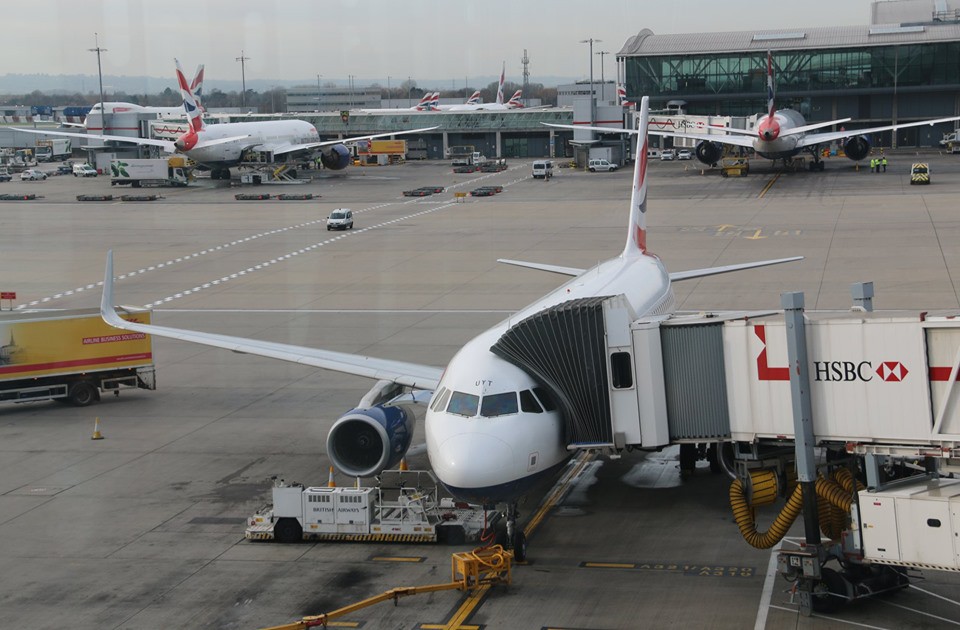 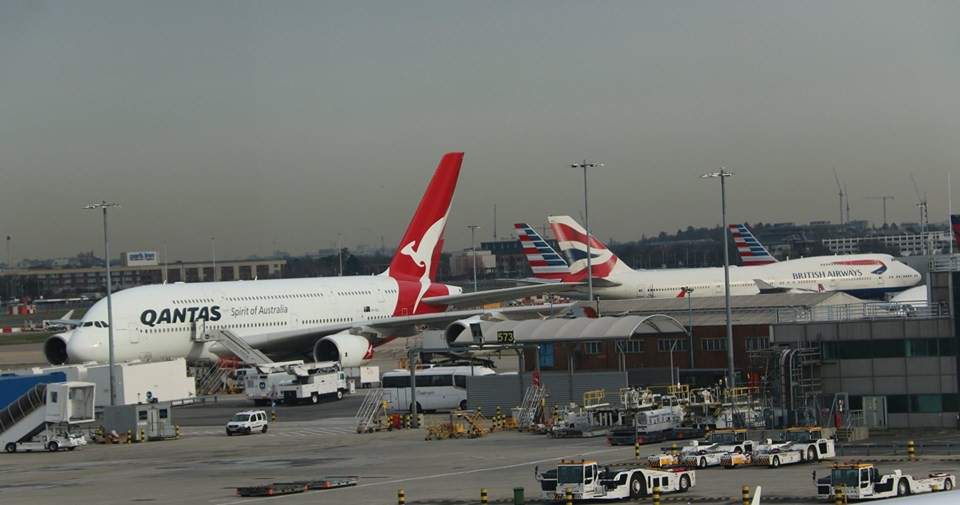 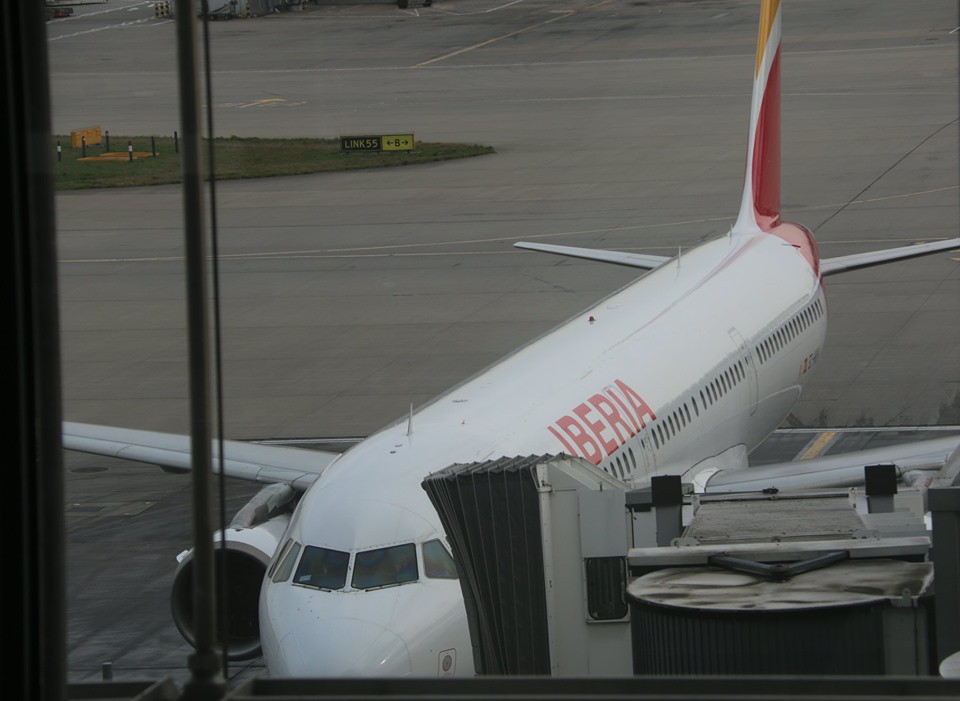 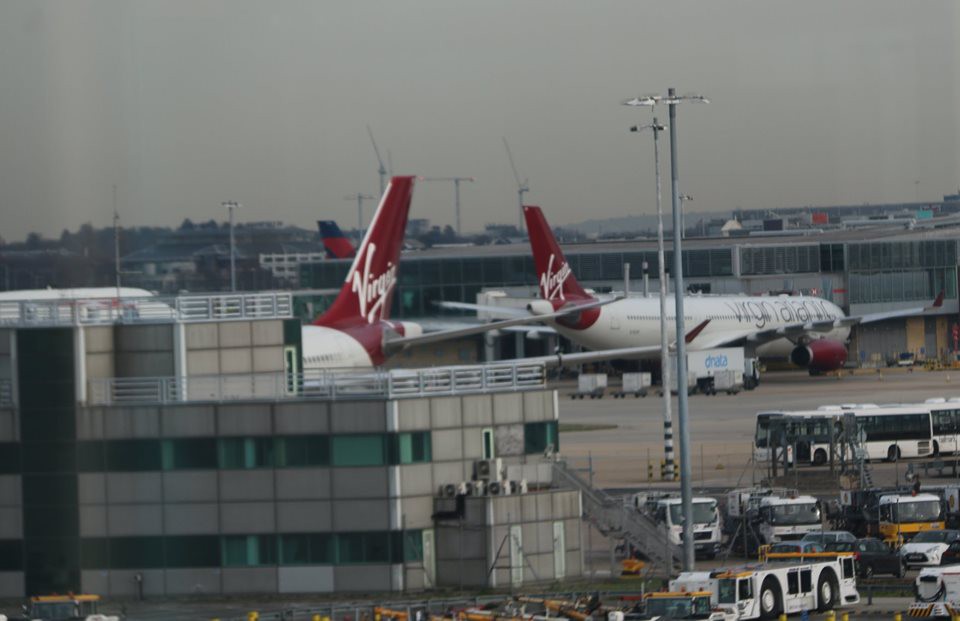 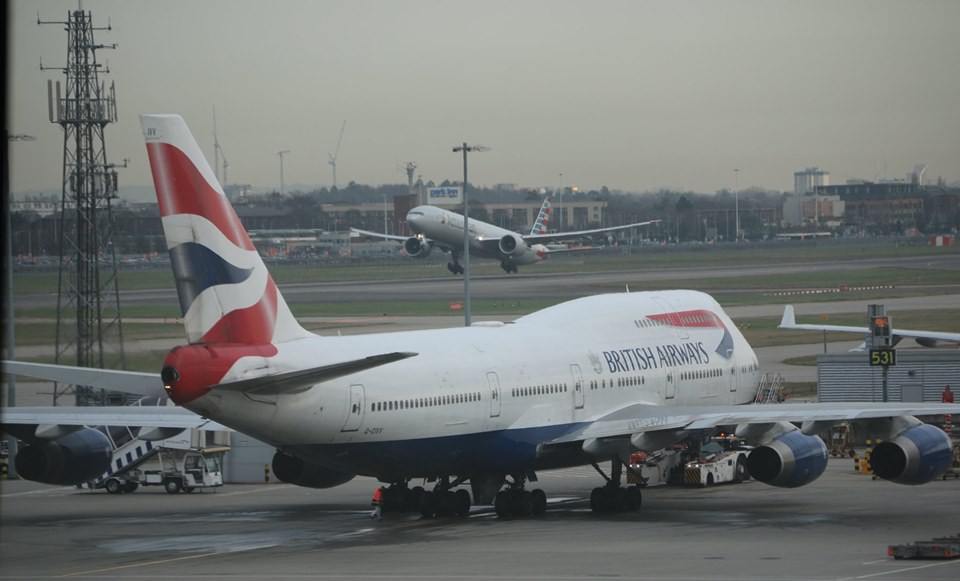 Eventually a gate was announced for the BA-460 Madrid flight. It was my second time doing the Madrid service from London Heathrow, and my inspiration was to fly on a Boeing 777. A plane that means quite a bit to me, but I don't often get a chance to fly it.

My ride that day was to be on G-VIID. Making this the third BA 777-200 I had flown on. I had reserved my seat for the flight in Economy that day as 32A. so I was behind the wing, but still got a good view of the flaps and spoilers on take off and landing. 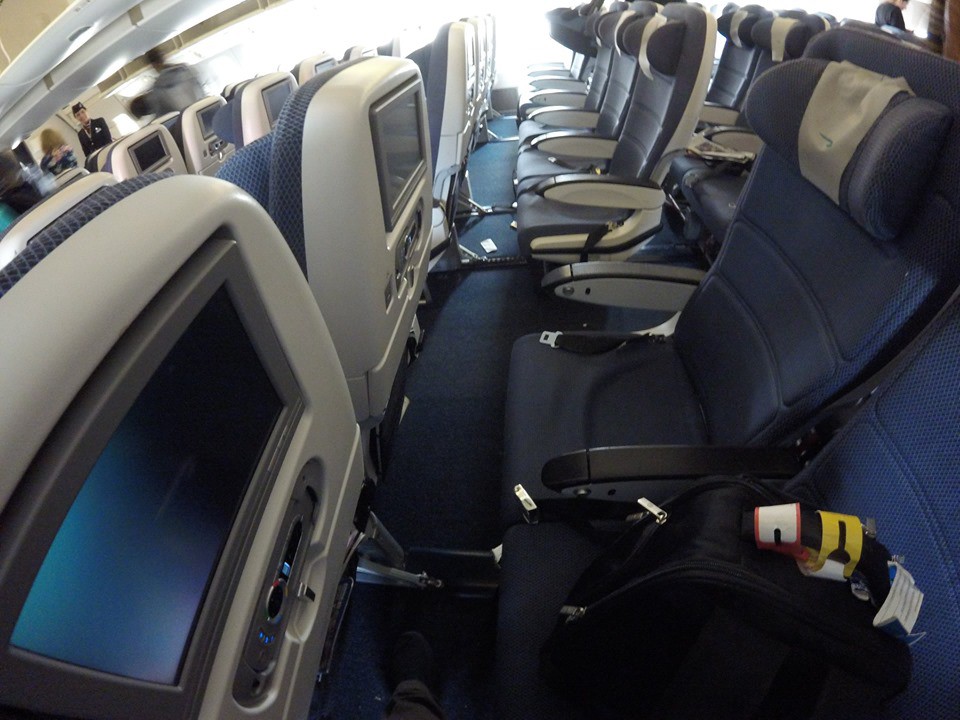 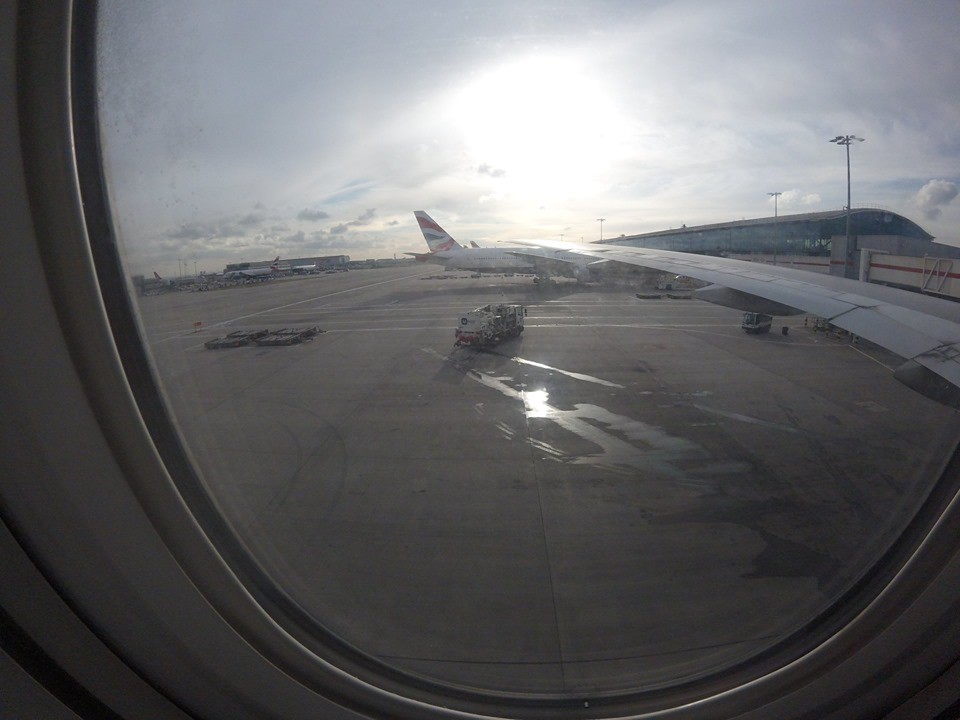 The aircraft was about 70% capacity in economy if my memory serves right, the plane had plenty of empty seats, but majority of the seats were occupied, including the isle seat beside me (the middle seat was empty by luck). The gentleman took his seat in the middle (32B) but when boarding finished and no one took 32C, he moved over to allow more room for the both of us.

We departed on time and flew out over Berkshire, before turning towards Madrid. 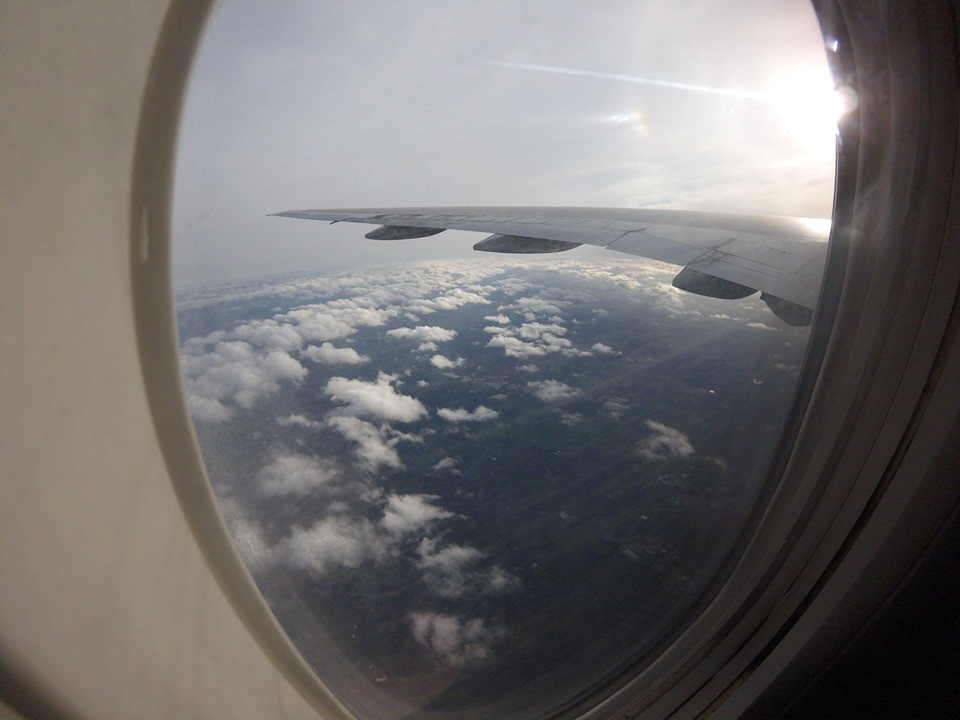 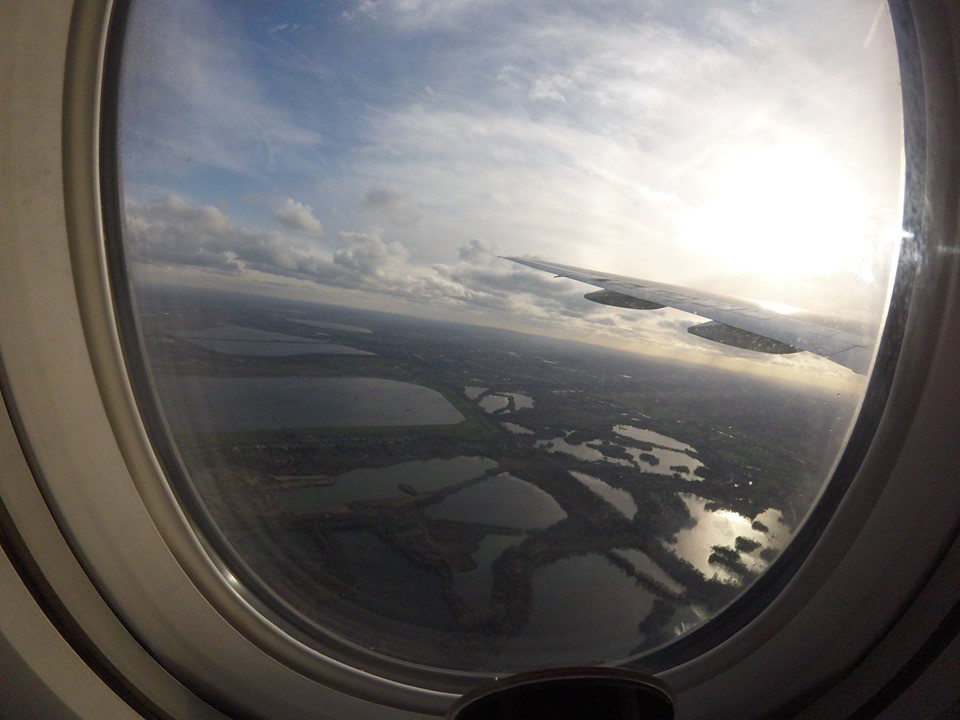 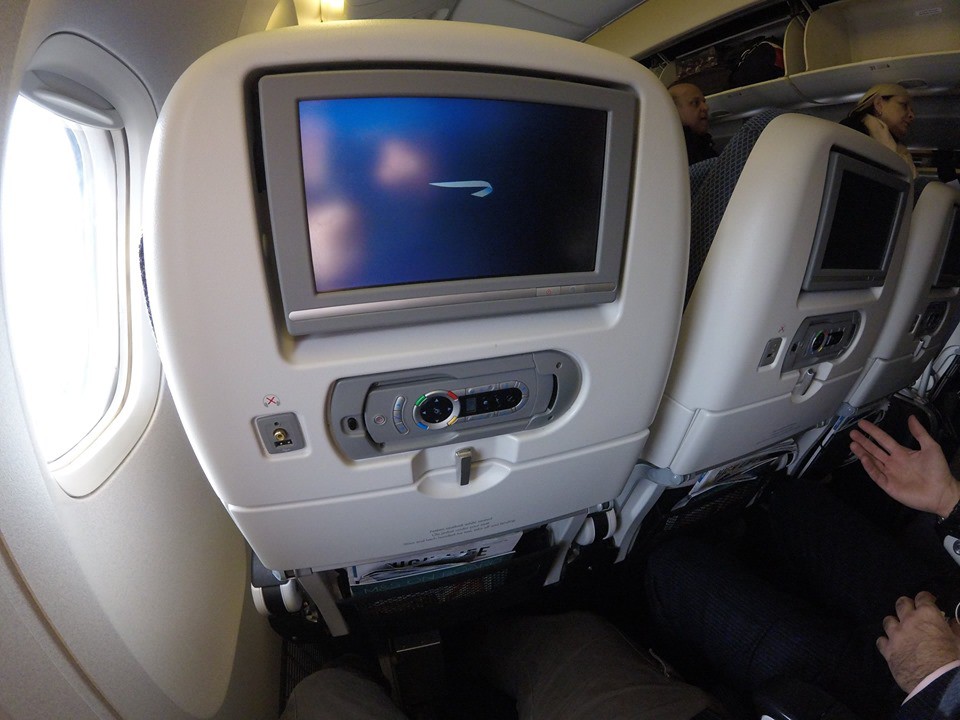 Now this really annoys me with the BA service to Madrid. So BA needs a licence to operate IFE, which is fare. What annoys me is that I've flown on Finnair, Iberia and LATAM- all of whom use similar aircraft (Boeing 787, Airbus A340, Airbus A350) on EUR-London routes, yet they offer on board In Flight Entertainment. The screens work and you can use them…. British Airways doesn't! This is a slight annoyance.

Other than that- the rest of the flight was decent, I picked up some treats from the M&S buy on board. Mainly a Vodka & Cola with some wasabi peas- nice and spicy on the flight, however I later regretted in my TaCH Hotel room that evening………. 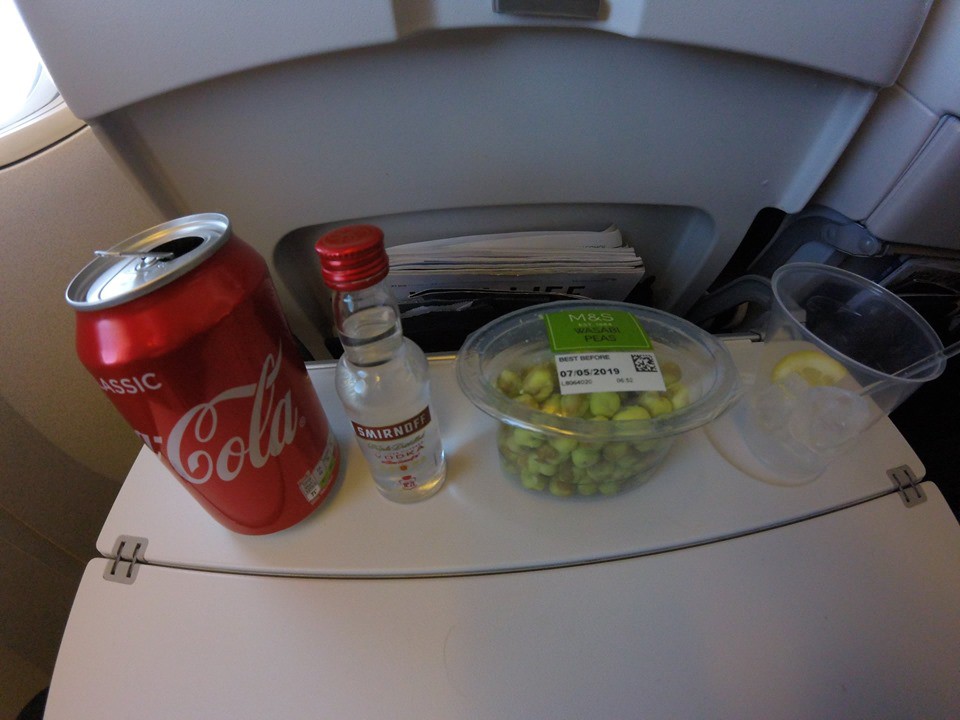 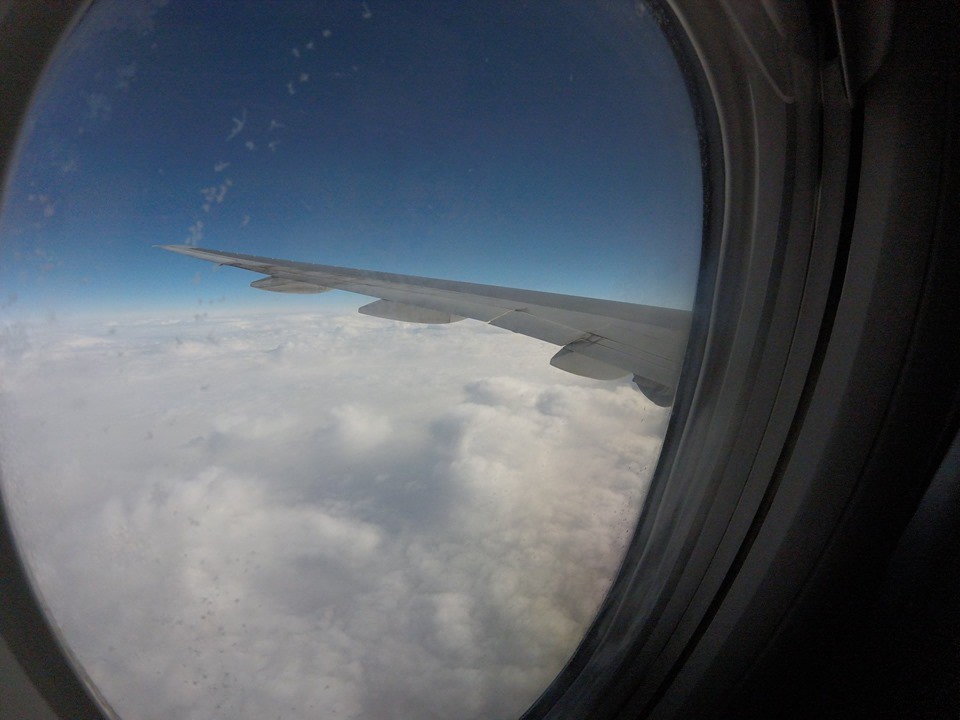 Getting up to use the bathroom, I took the time to get some cabin shots whilst all the lovely cabin crew were busy. 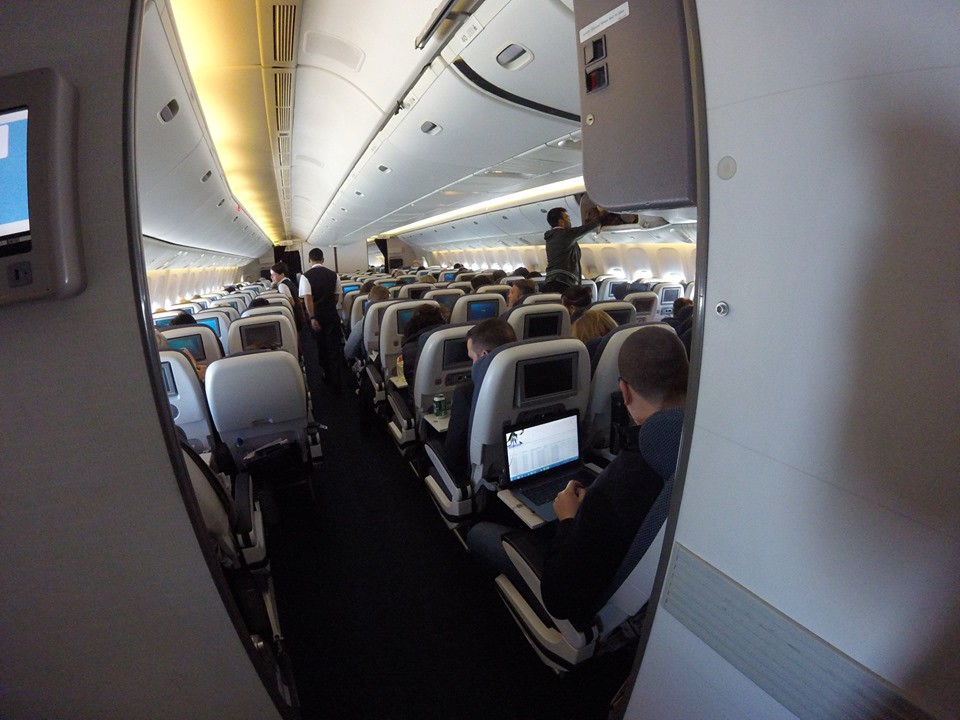 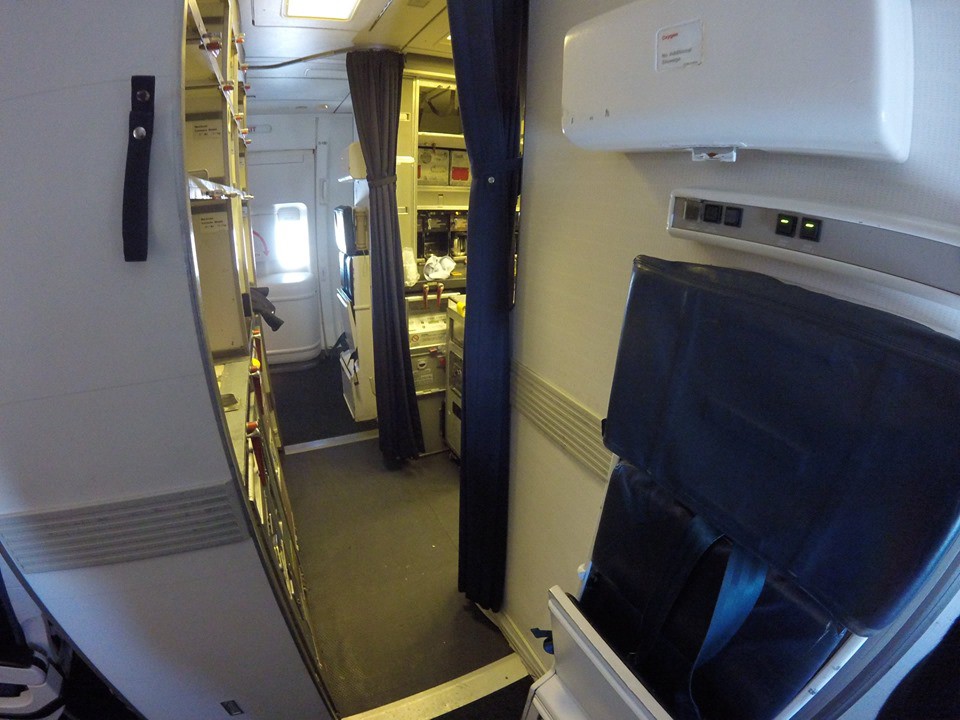 The flight was fairly smooth and uneventful, and in no time at all the plane began to decent just after passing the North of Spain and the city of Bilbao. So it was the last 20 minutes of flight on this BA460. 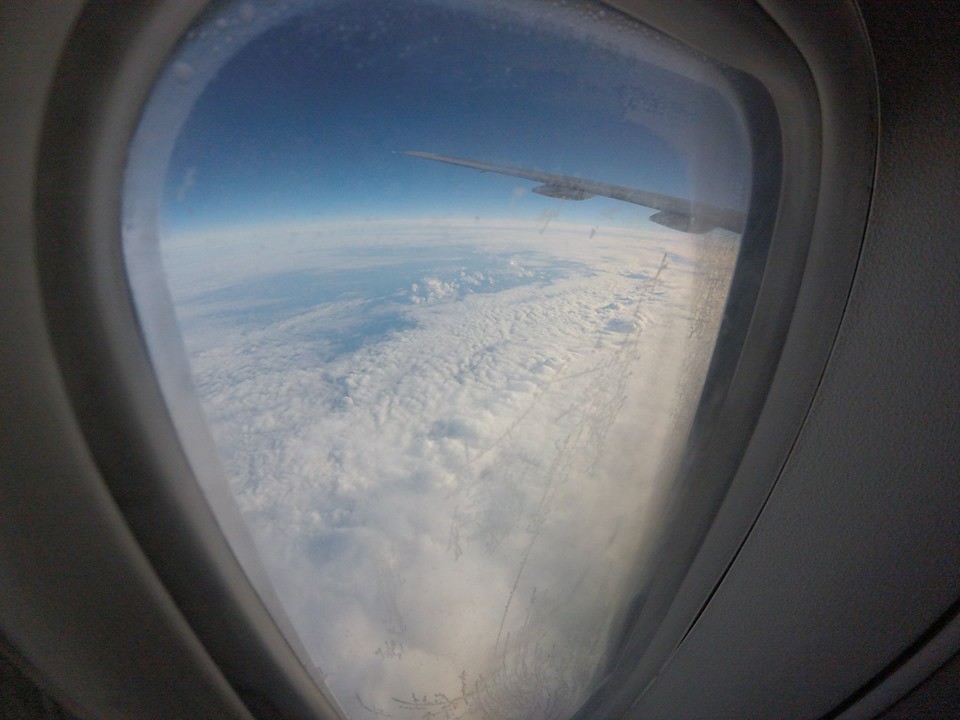 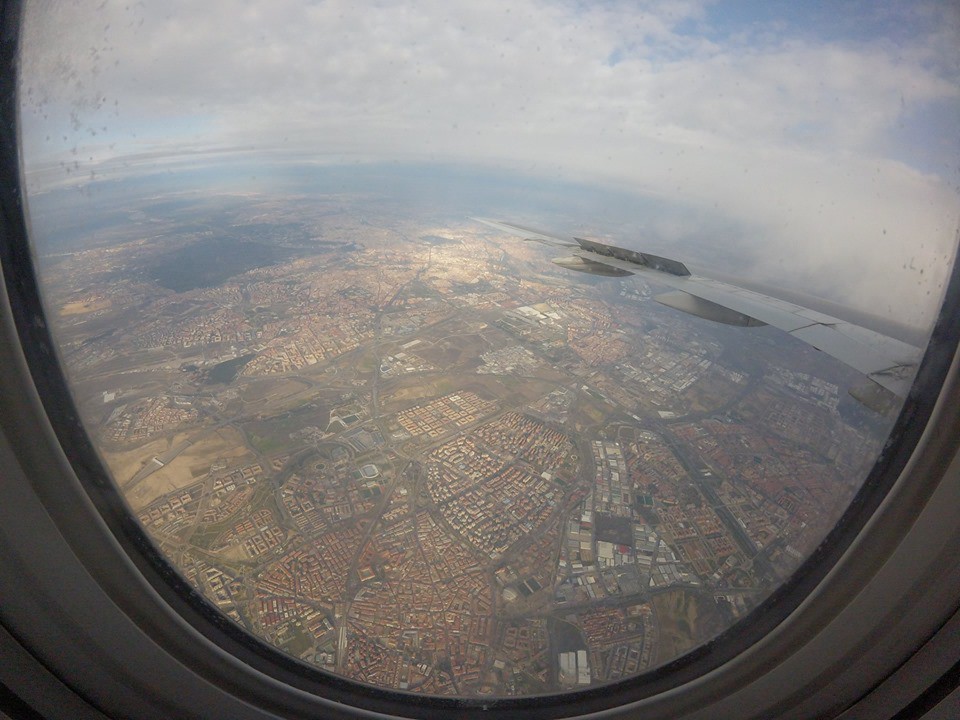 We circled twice in the hold before coming into Madrid Barajas, and then proceeded to taxi to the Terminal 4S complex, which is where all British Airways flights go to. They go there to allow easy connections to LATAM, Iberia (long haul) and American Airlines flights, also as the UK isn't in the EU Schengen Agreement- so British flights (as with Irish flights) need to clear a passport control at EU airports. 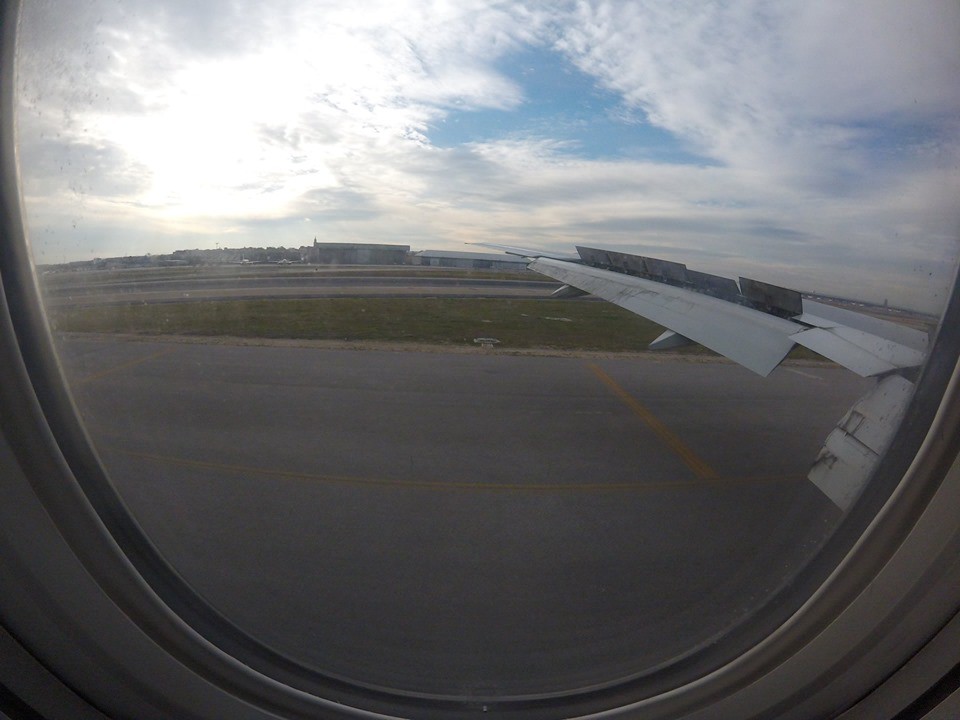 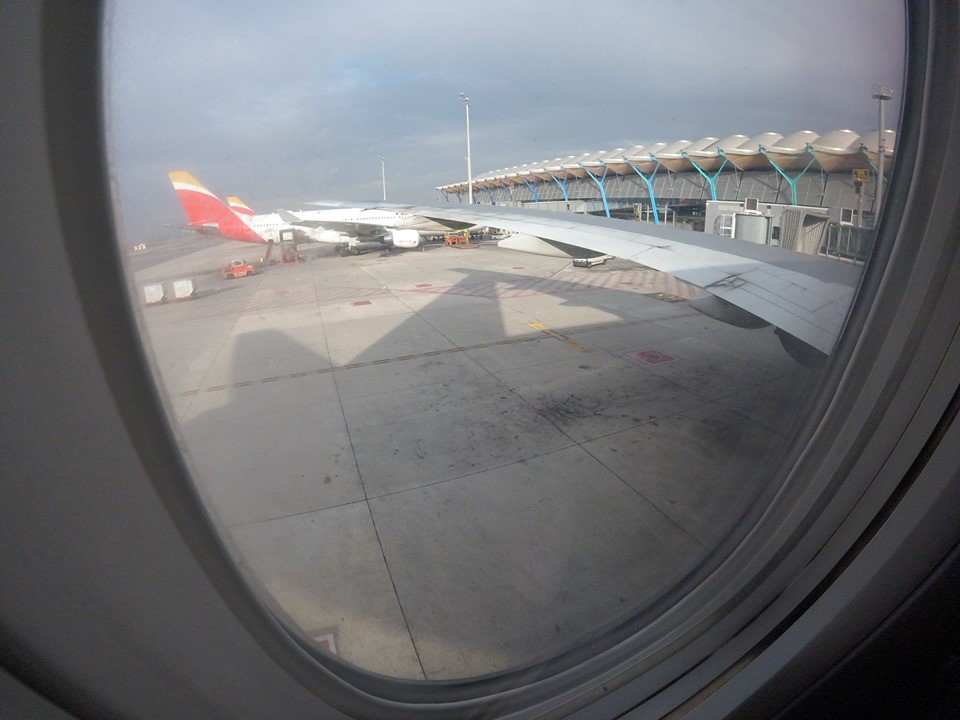 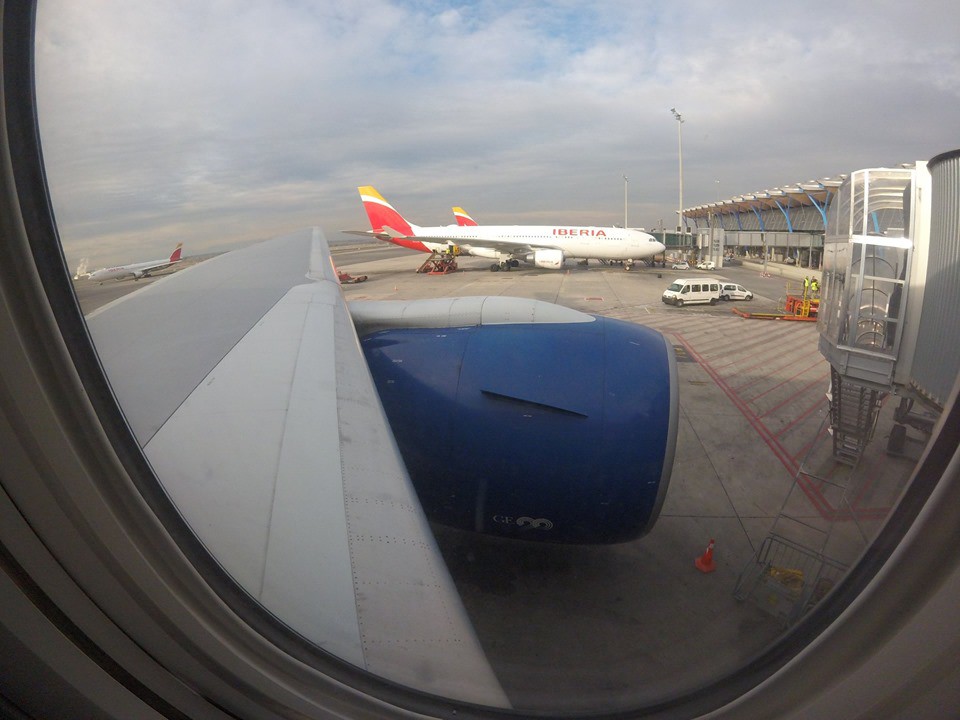 leaving the plane, I decided to enquire for a flight deck visit now we had landed, the flight crew said yes and I made my way through the premium Club World and First Class cabins. 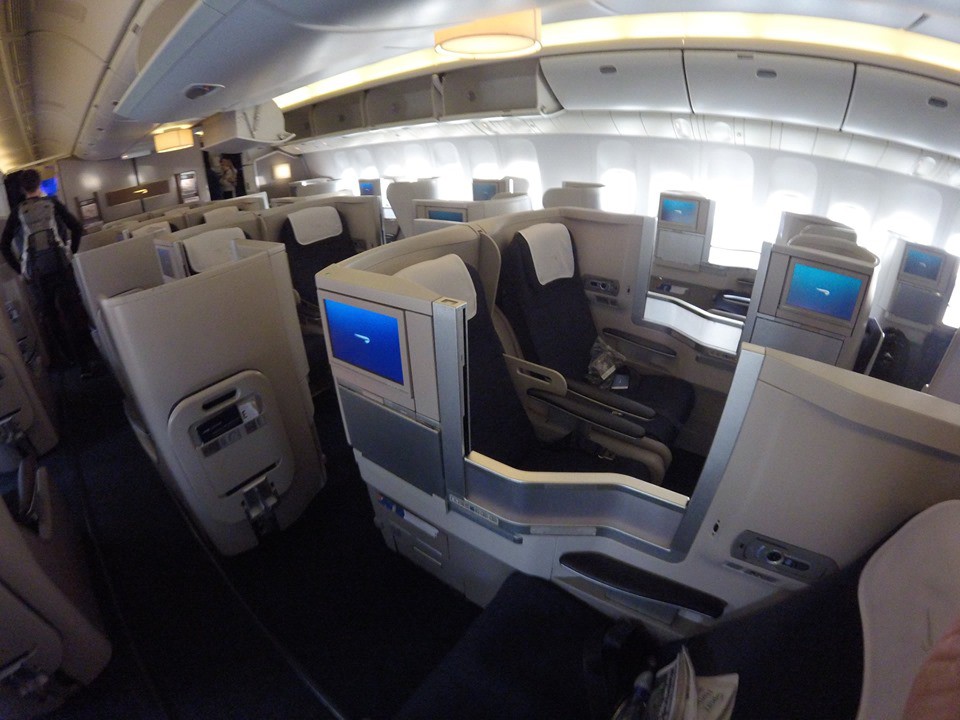 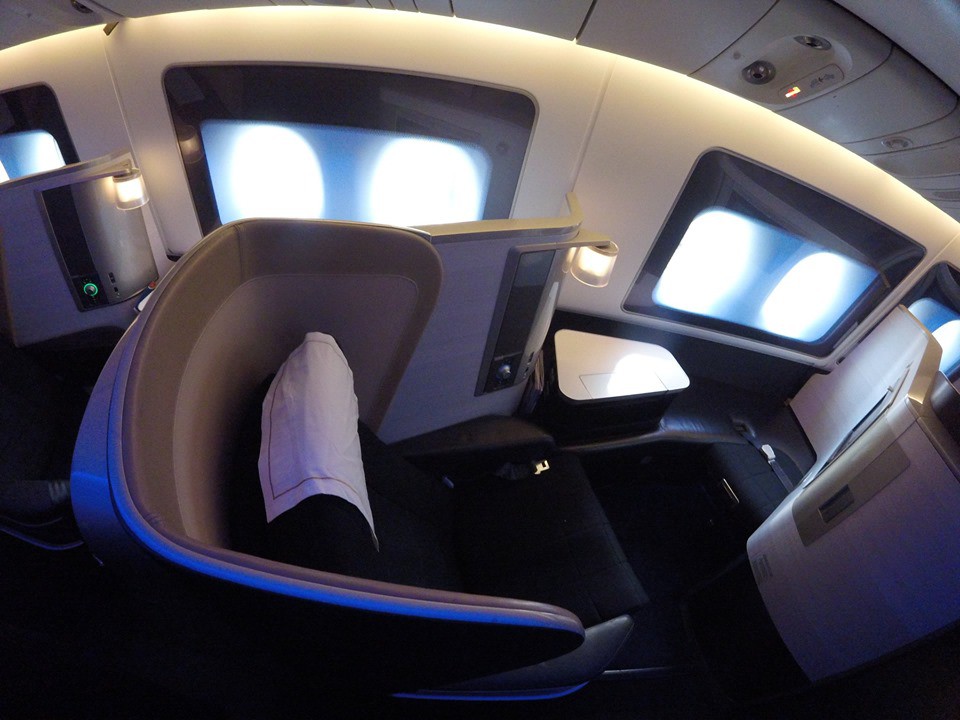 Passing through I got a quick visit to the flight deck and quickly thanked the pilots for a good flight! It was a nice ride over all.

I always think about my first time flying on a Boeing 777, it was my first flight in June 2000 on G-VIIM and I got to visit the flight deck 34,000ft over Canada about 5 hours into the LHR-YYZ flight. Something that won't get repeated unfortunately. 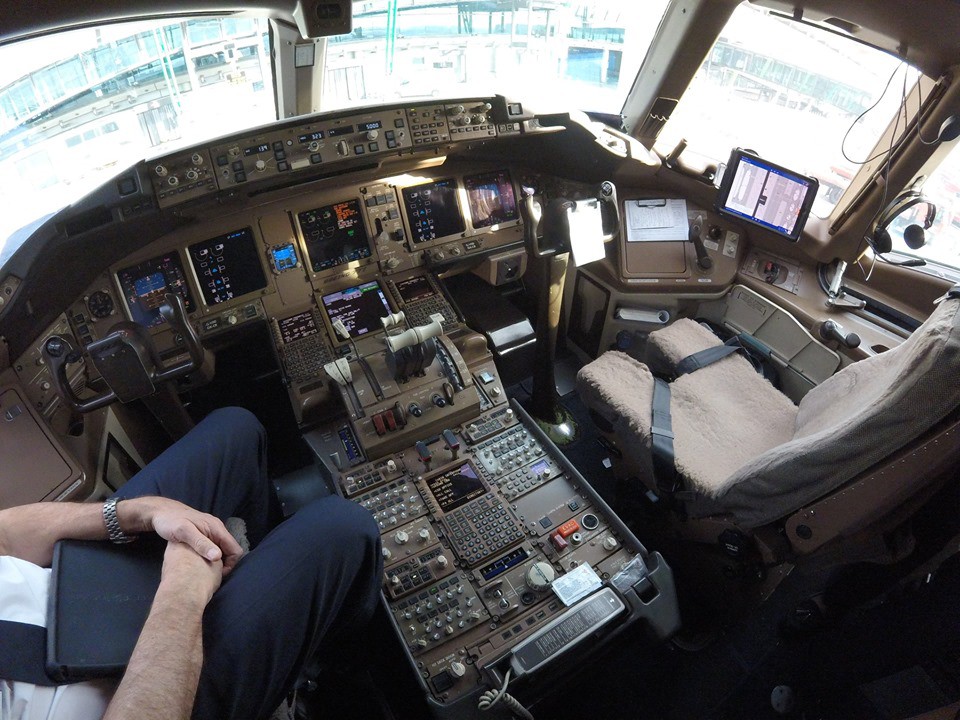 And that ends this trip report. We arrived about 10 minutes ahead of the scheduled arrival time and it took me about 30 minutes to get through Terminal 4S and Terminal 4 before making my way to the TaCH Hotel in Barajas, ready for a busy day the next morning.

British Airways- The Boeing 777 is a nice aircraft, the seats are quite comfortable on these LHR based -200(ER) examples. The lack of IFE is a bit of a pain and the only complaint I have on this service. Buy on Board has a nice selection, probably one of the more reasonable buy on boards I've seen.

LHR- Not much to report given that I fly out of there so often!

MAD- Nice connections and great views around the modern terminal facility of T4S/T4. Easy access to the city and my hotel (even without a hotel shuttle).

The contributors of Flight-Report published 27 reviews of 2 airlines on the route London (LHR) → Madrid (MAD).

The average flight time is 2 hours and 18 minutes.