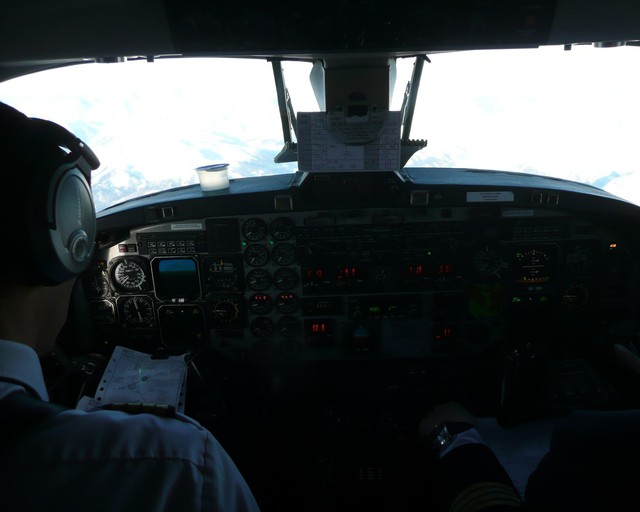 #5 out of 72 Airlines A minimum of 10 flight-reports within the past two years is required to appear in the rankings. 24 reviews

i sat in the cockpit!

I was based a few weeks near Marseille for business and the job also required me to do day trips from there.. Oh well.. I guess I had to fly again… :p

Today's trip was to Milan Malpensa Airport with a tiny french airline called Twinjet. I am not sure which model the airline strategy was based on.. Was it to grow as legacy? Most of it flights were either on behalf of Air France or where routes are not exploited yet (like this one)?
Or was the model rather low cost as the airline has one type of aircraft and seems to avoid big and costly airports (i.e. capitals).

We will try to find out!

As they were not sourced in my office amex travel agency, I booked through their website directly and first surprise: tickets weren't that cheap, but cheaper enough so that you're not tempted by any other connecting flights. I realised later that this flight was actually sold on the Air France website as a codeshare…

Flying blue Miles earned with this flight: 135
(before the program changed to a revenue-based model)

I arrived at Marseille Provence airport (formerly known as Margnane) by taxi as it was very early.
The taxi dropped me off at the Terminal 1 departures and once inside the building; I checked in at the counter and I walked to the new terminal 2. The lady at the counter told me that unfortunately the flight would be delayed of an hour which gave me some more time for some plane spotting! 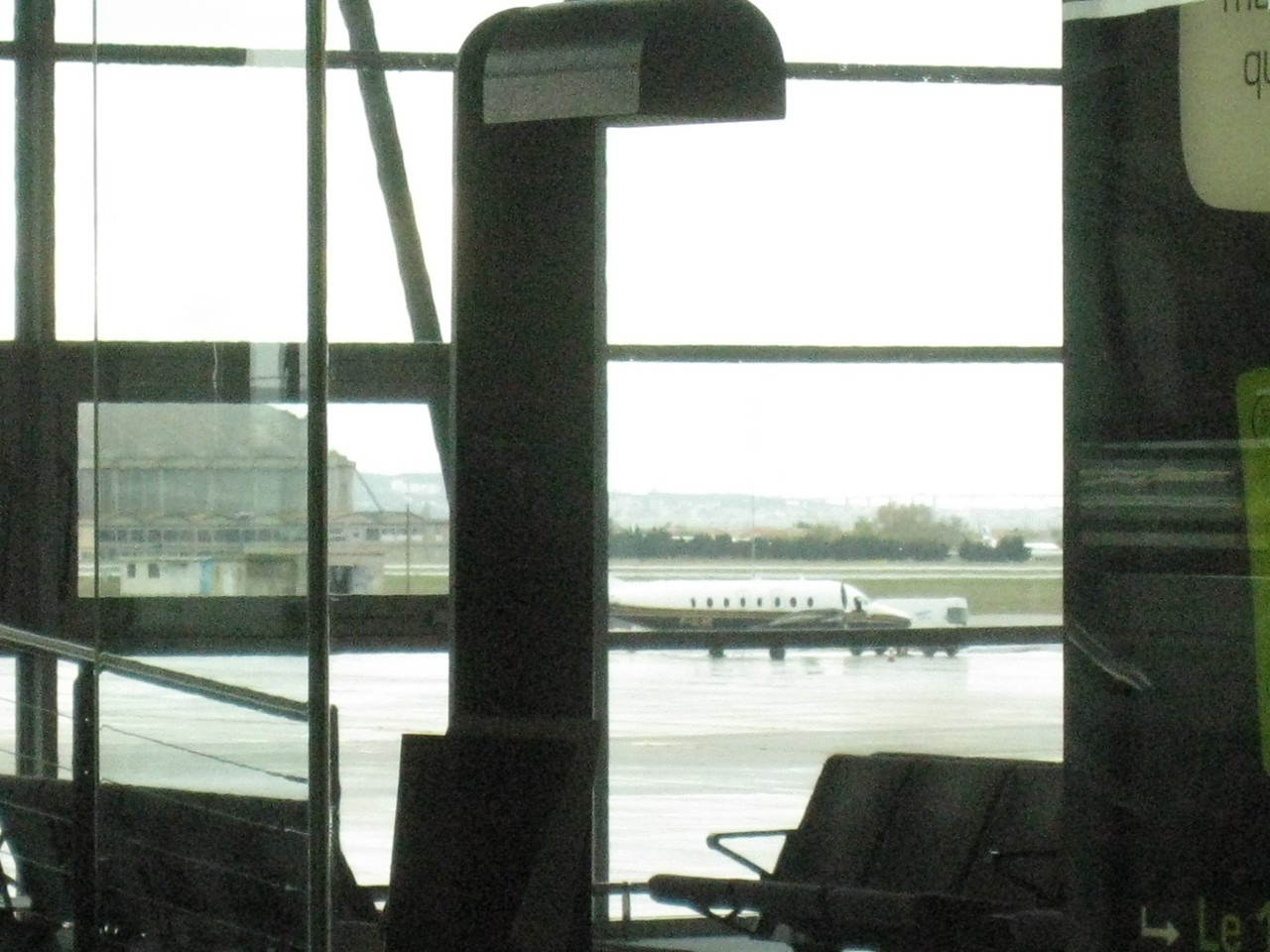 And heres she was; our black little bird of the day - seen from my seat!

on board the beechcraft 1900D

After an announce in french and english (not italian?) I went to the boarding gate. I couldn't say if there was any priority lane as they were just a very few passengers on this flight. We boarded on a bus a few moments later.
Once the bus dropped us in front of the plane; we were told to wait a few more minutes, the staff on ground told us there was some catering missing. 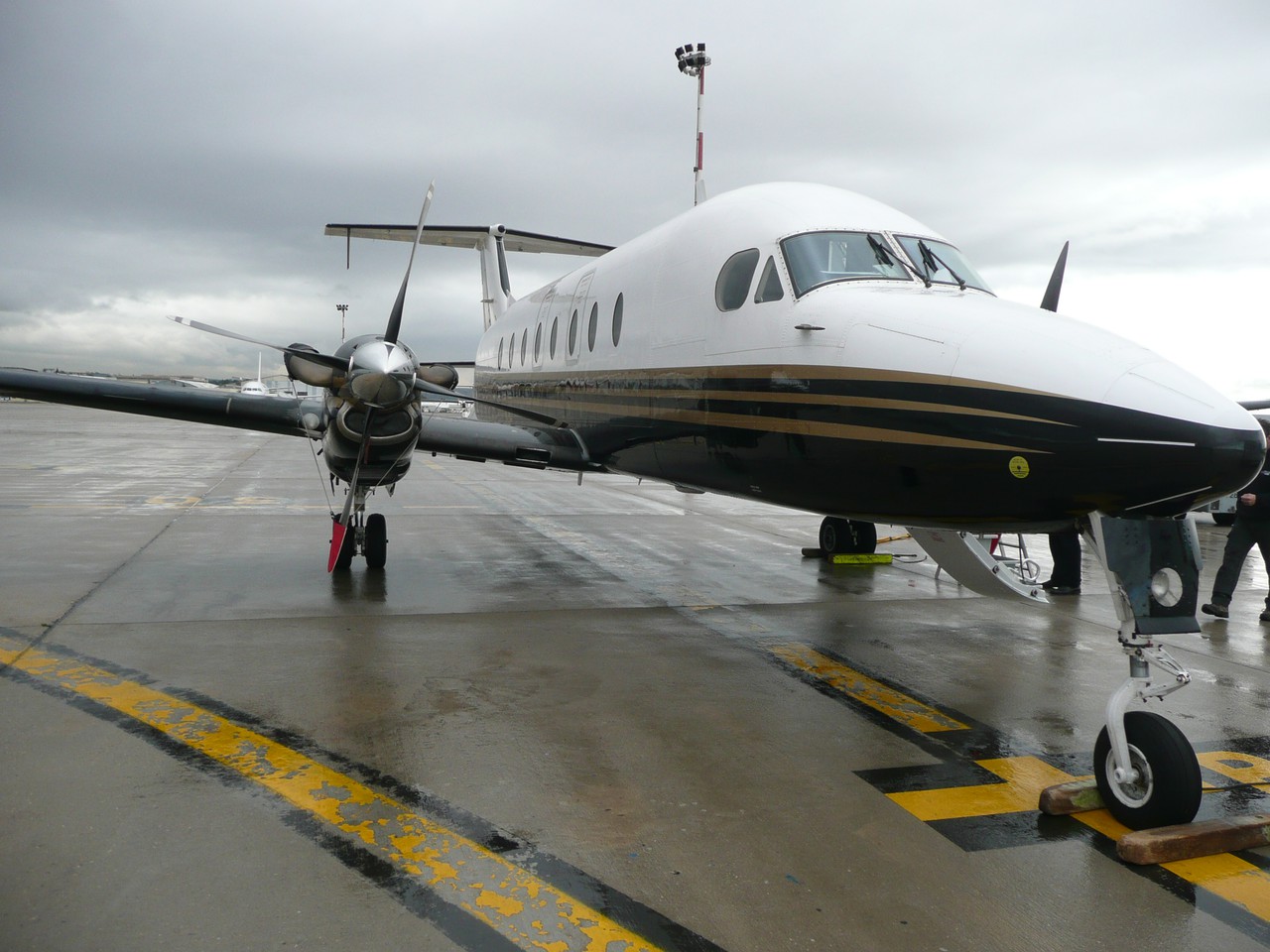 The other passengers weren't too happy to wait this cold morning of november, but not me as I took some really good pictures of the plane.. 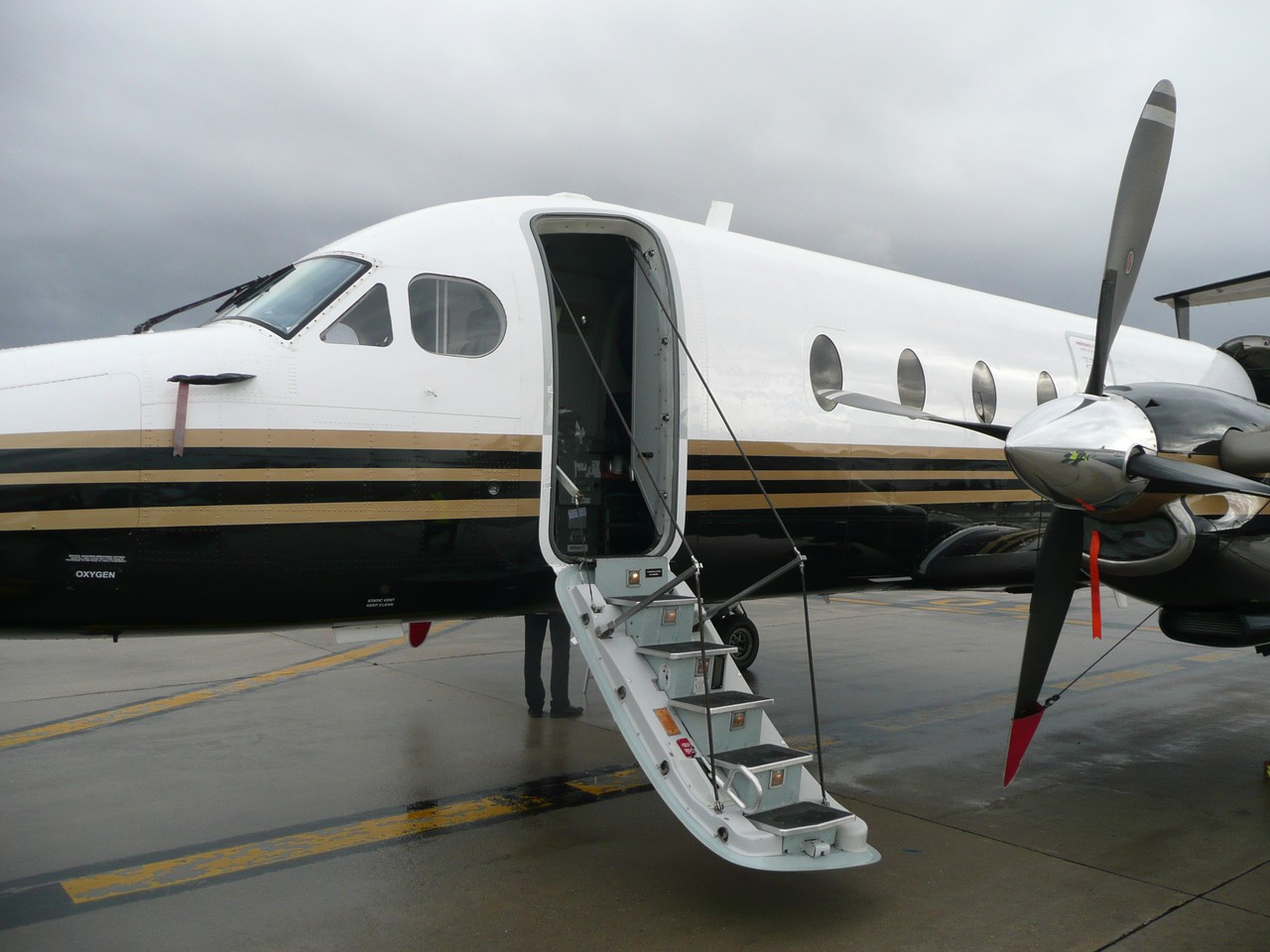 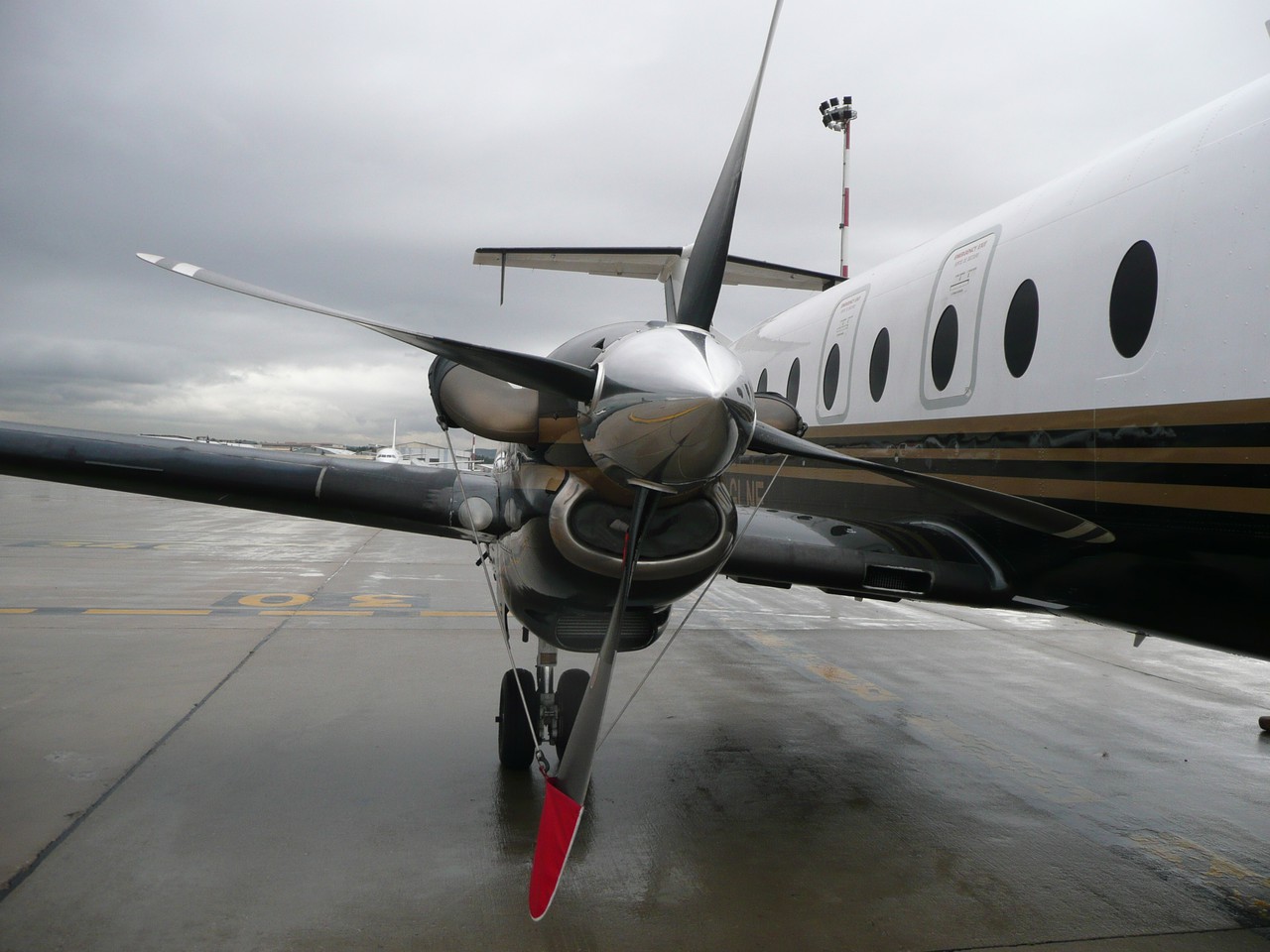 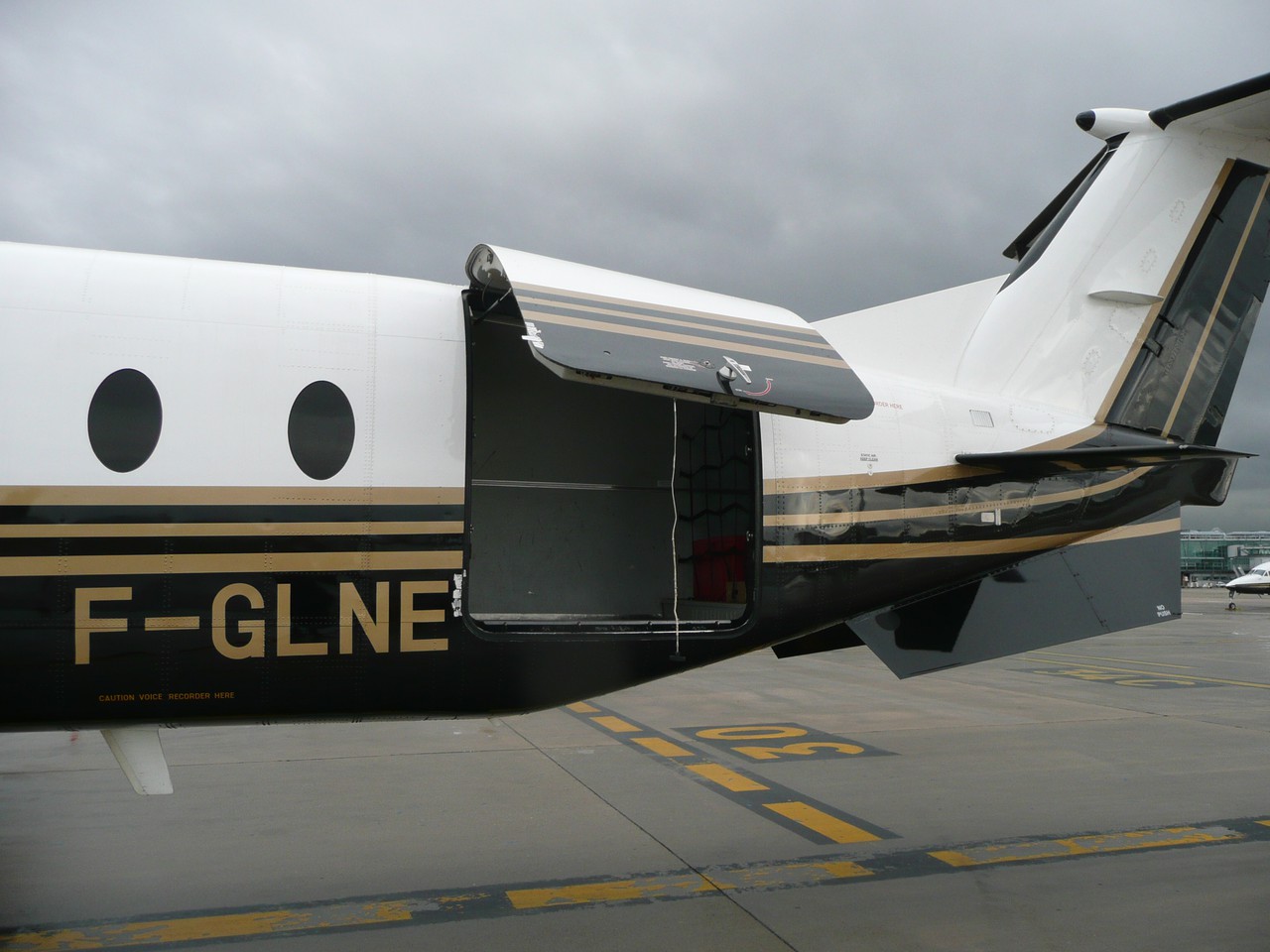 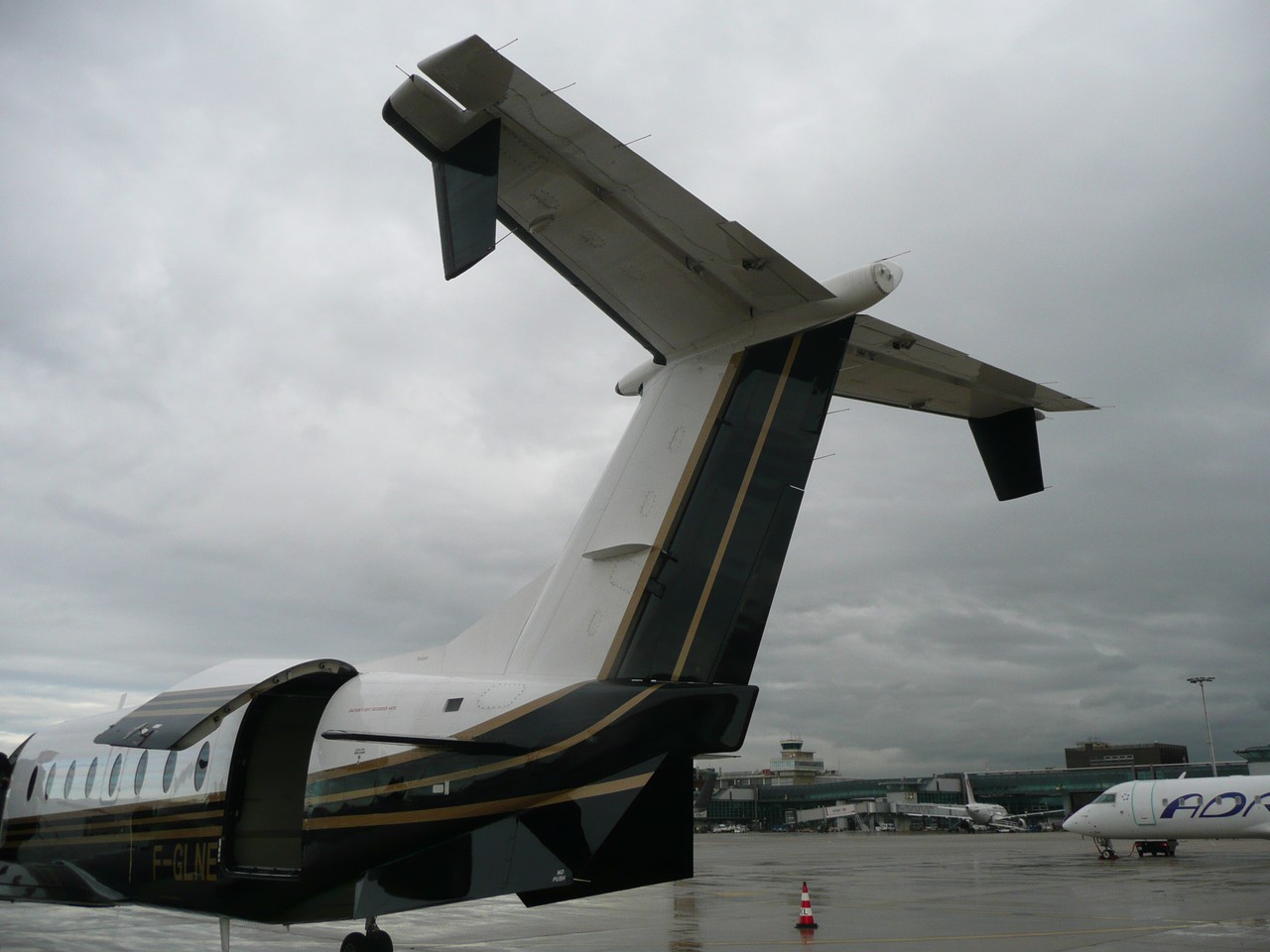 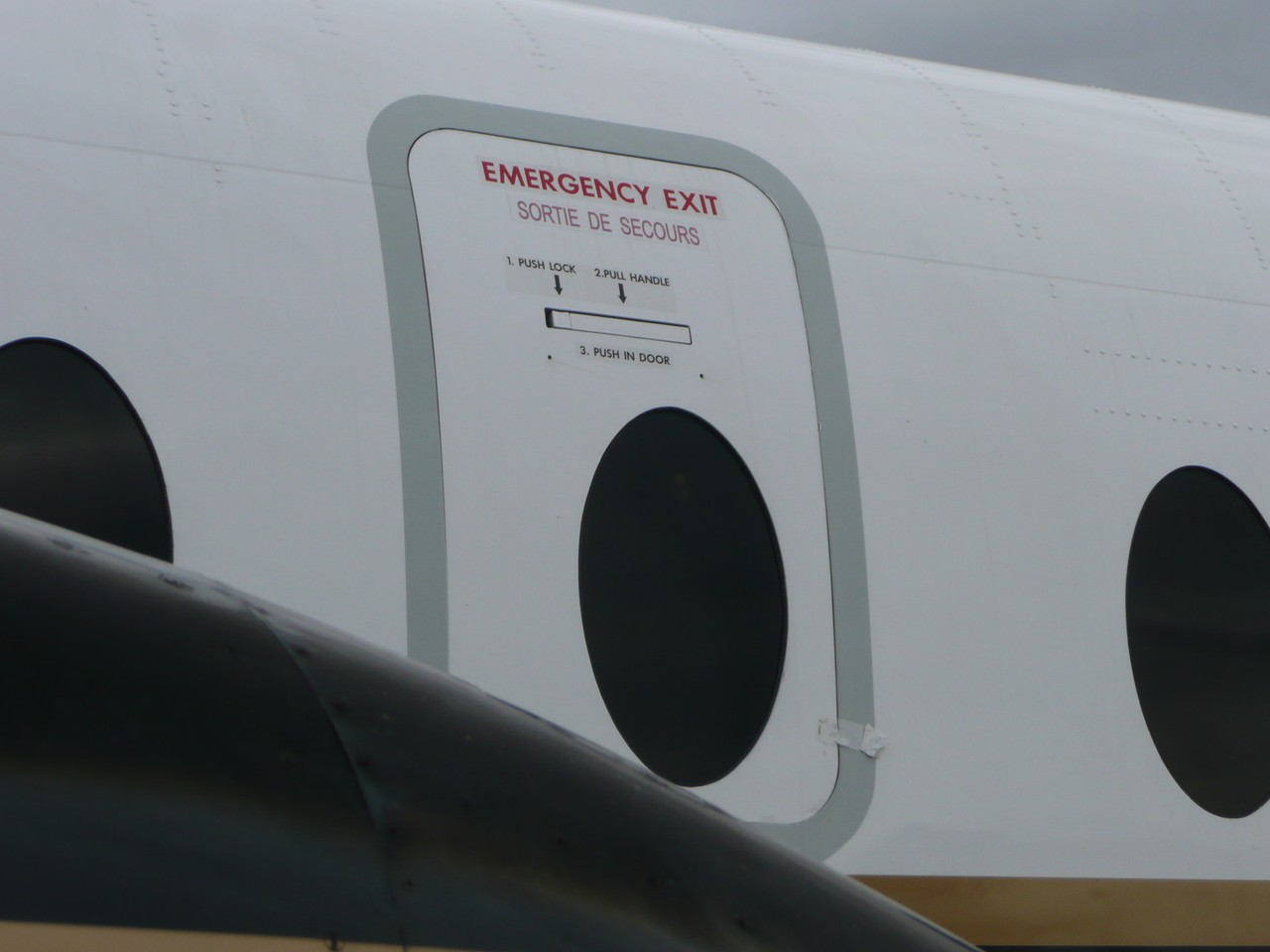 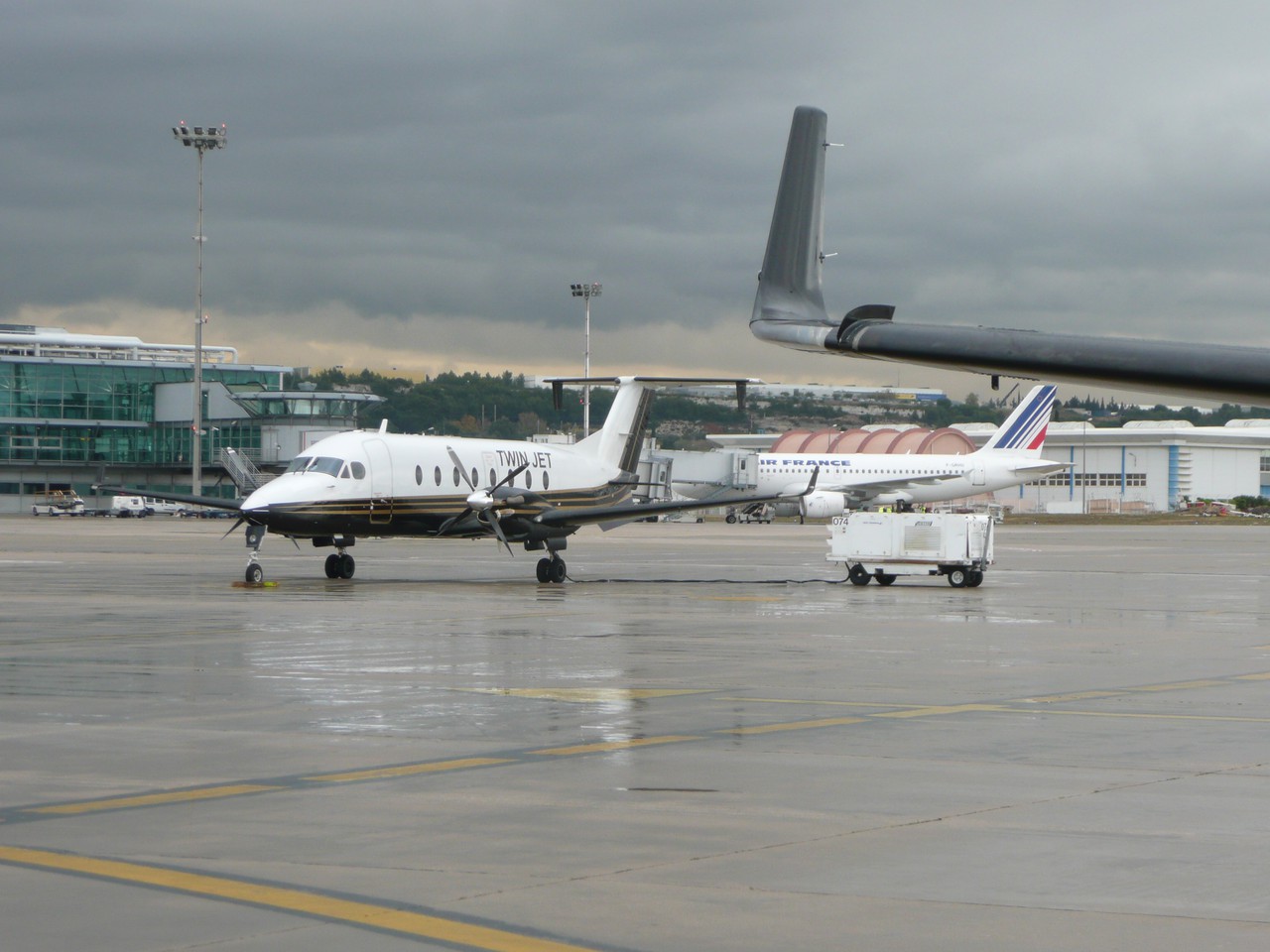 The captain was also waiting next to me, and I had chit chat with him, I remember being friendly and an absolute avgeek! 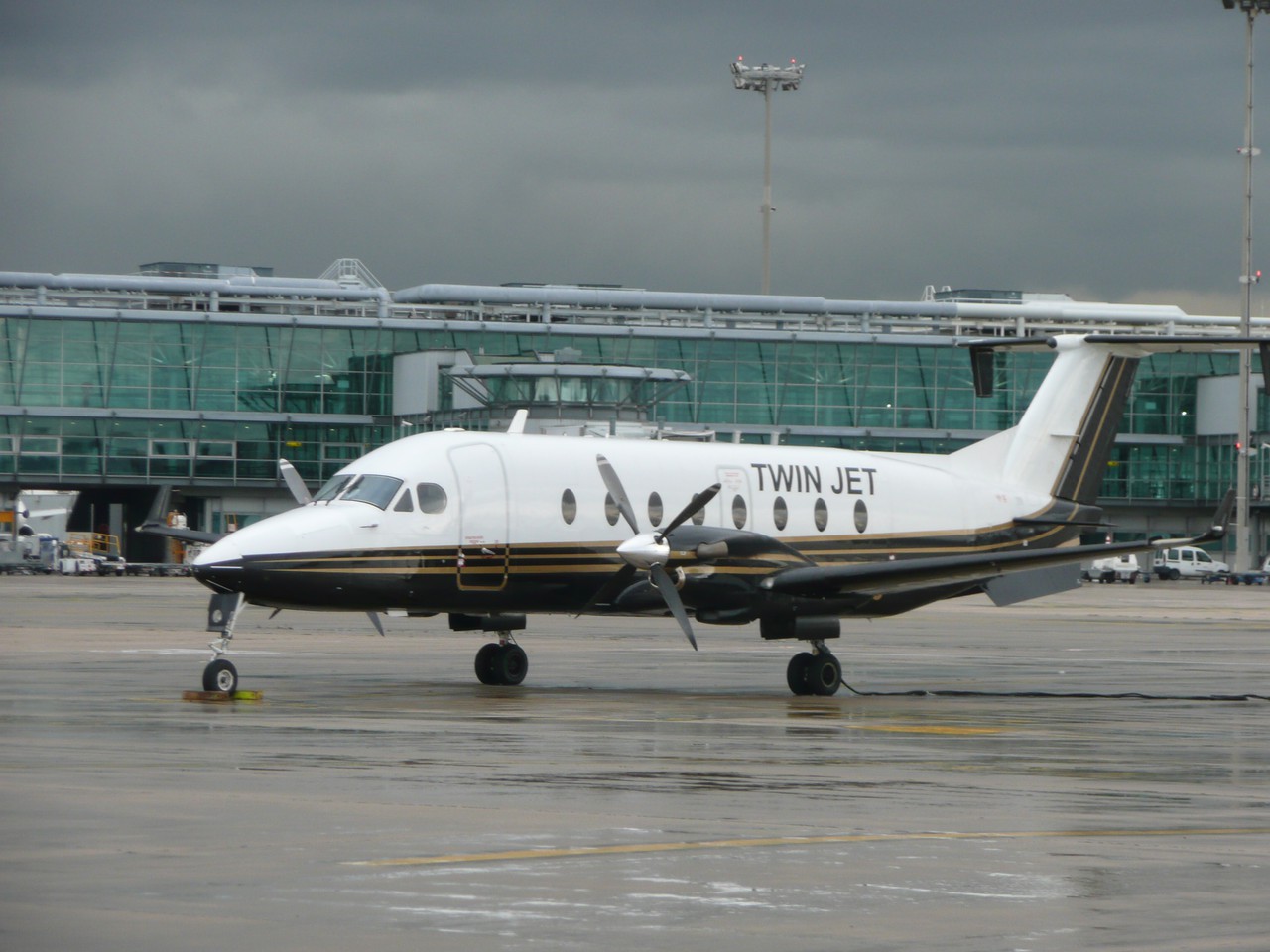 Although the cabin felt quite narrow (you can't fly onboard if you are closthrophoic!) the seats were made out of leather; they felt very confortable.
There is just 19 seats on board; and 10 rows, and given the price of the flight and the clientèle, it is almost it is like an all-business class jet.

There was just one crew member, smiling a lot but he was hesitating a few times - after discussing with him later about the flight; he told me he was an intern. After push back, we had the safety procedures explained by… the captain!!

We were taxiing for a short time up until the edge of runway 31R and took off from there. 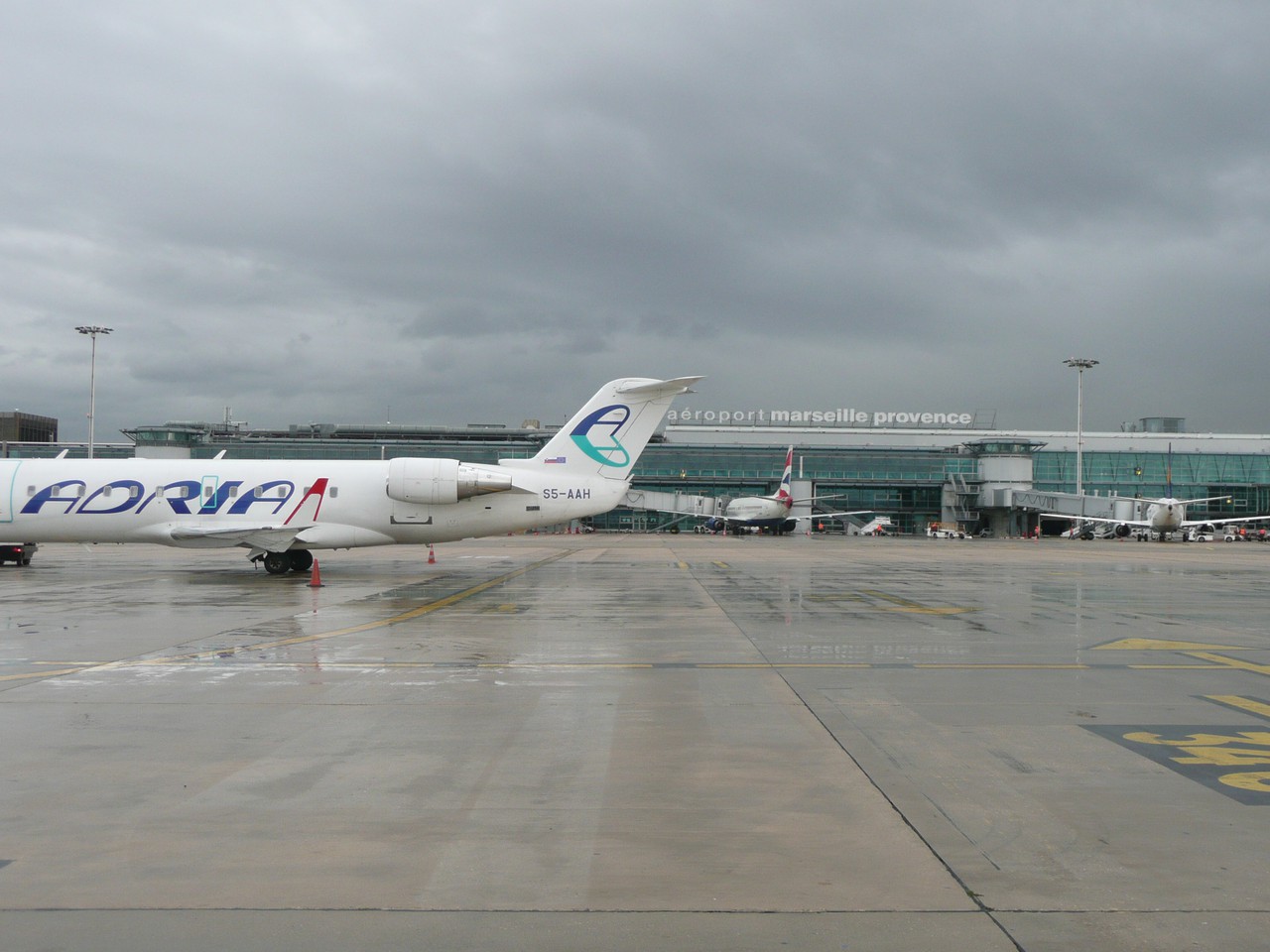 Moments after take off; the attendant came in the cabin, at times pushing us unwillingly and being a bit stressed.. He offered us some newspapers and started to serve us coffees and croissants. I don't remember the seat belts sign to have been switched off during the flight. 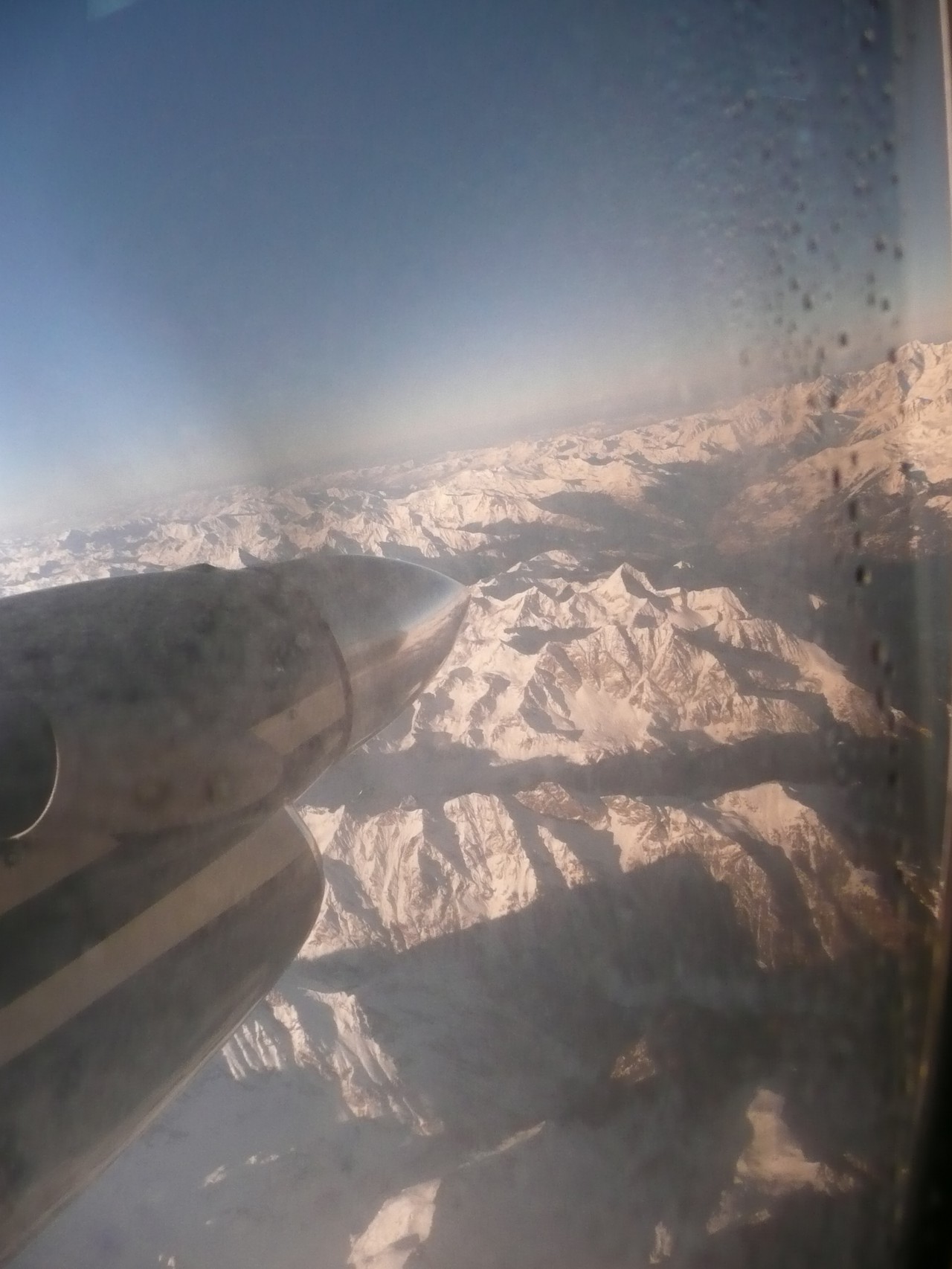 Obviously there wasn't any IFE nor flight magasine available on this plane.

The flight was very short; just under one hour but the view wasn't boring at all: we flew over the snowy peaks of the Alps. 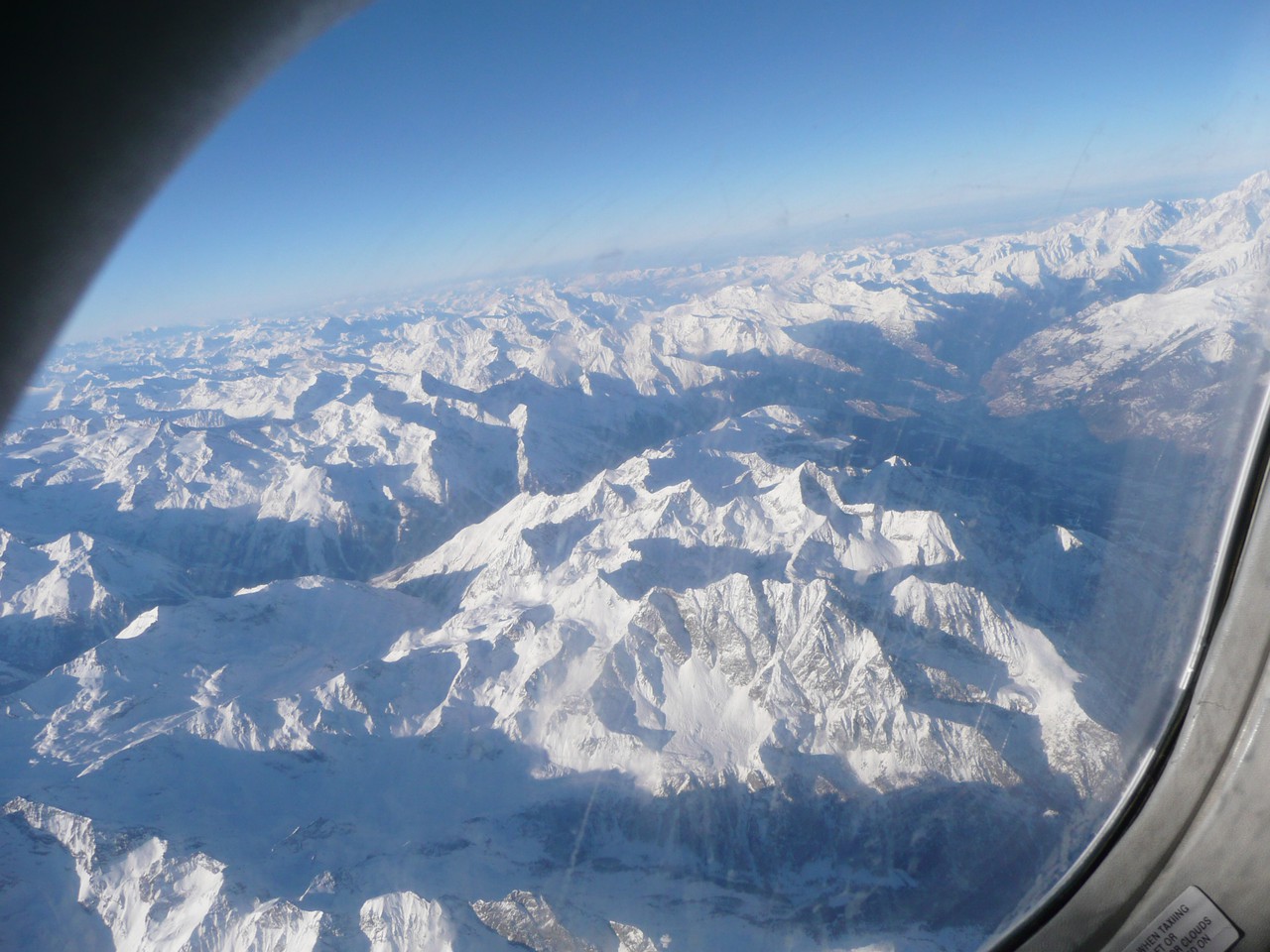 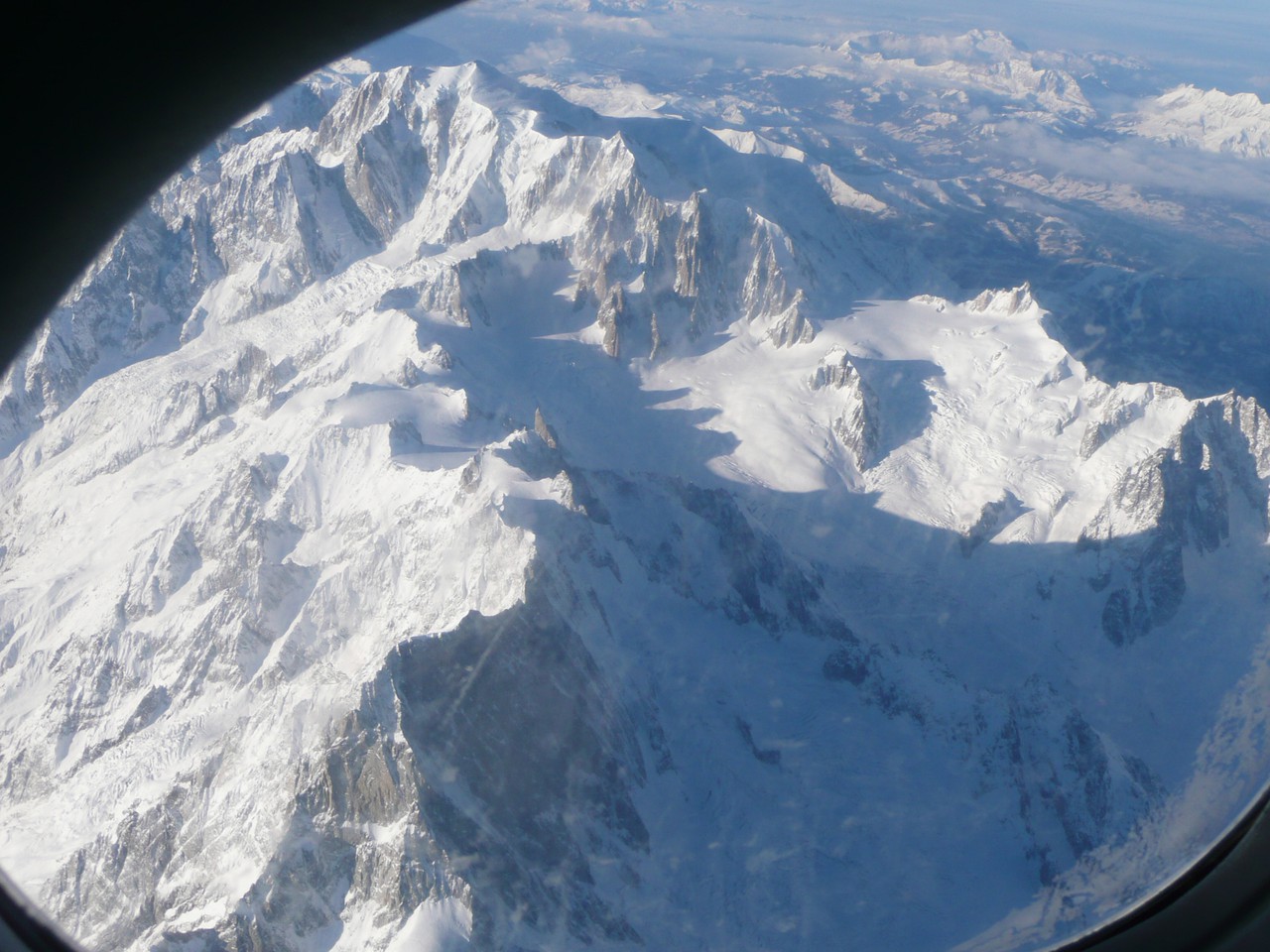 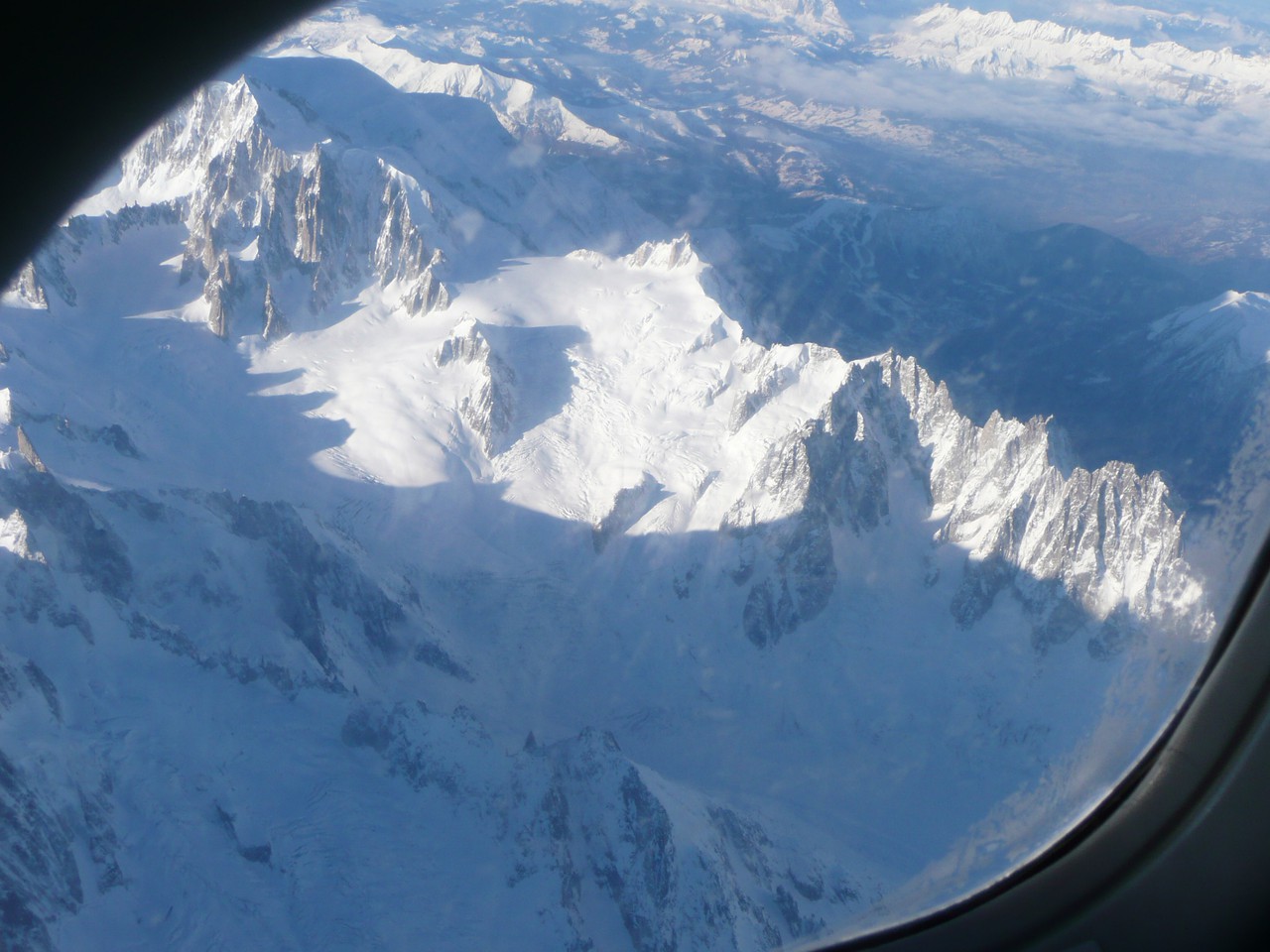 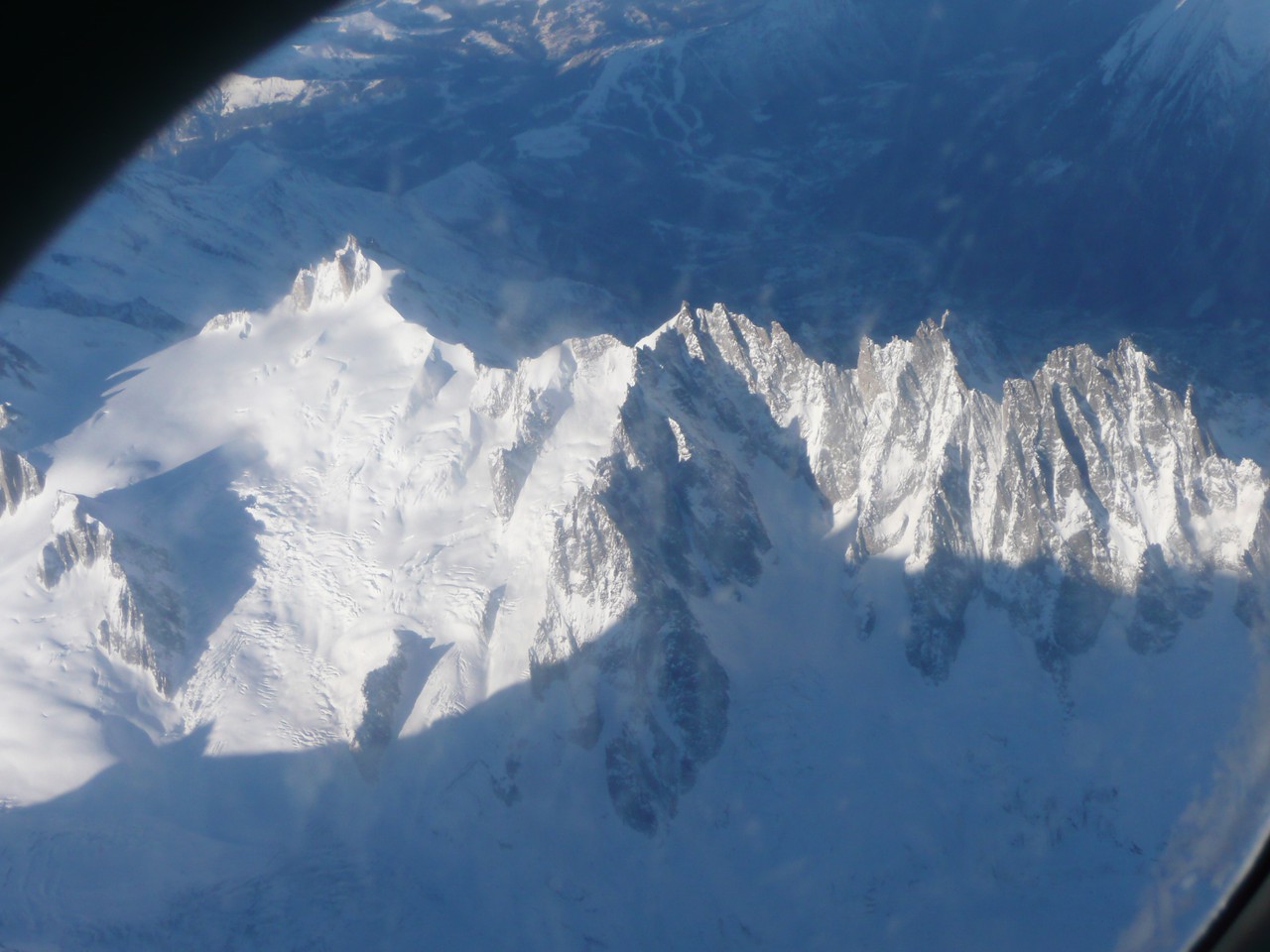 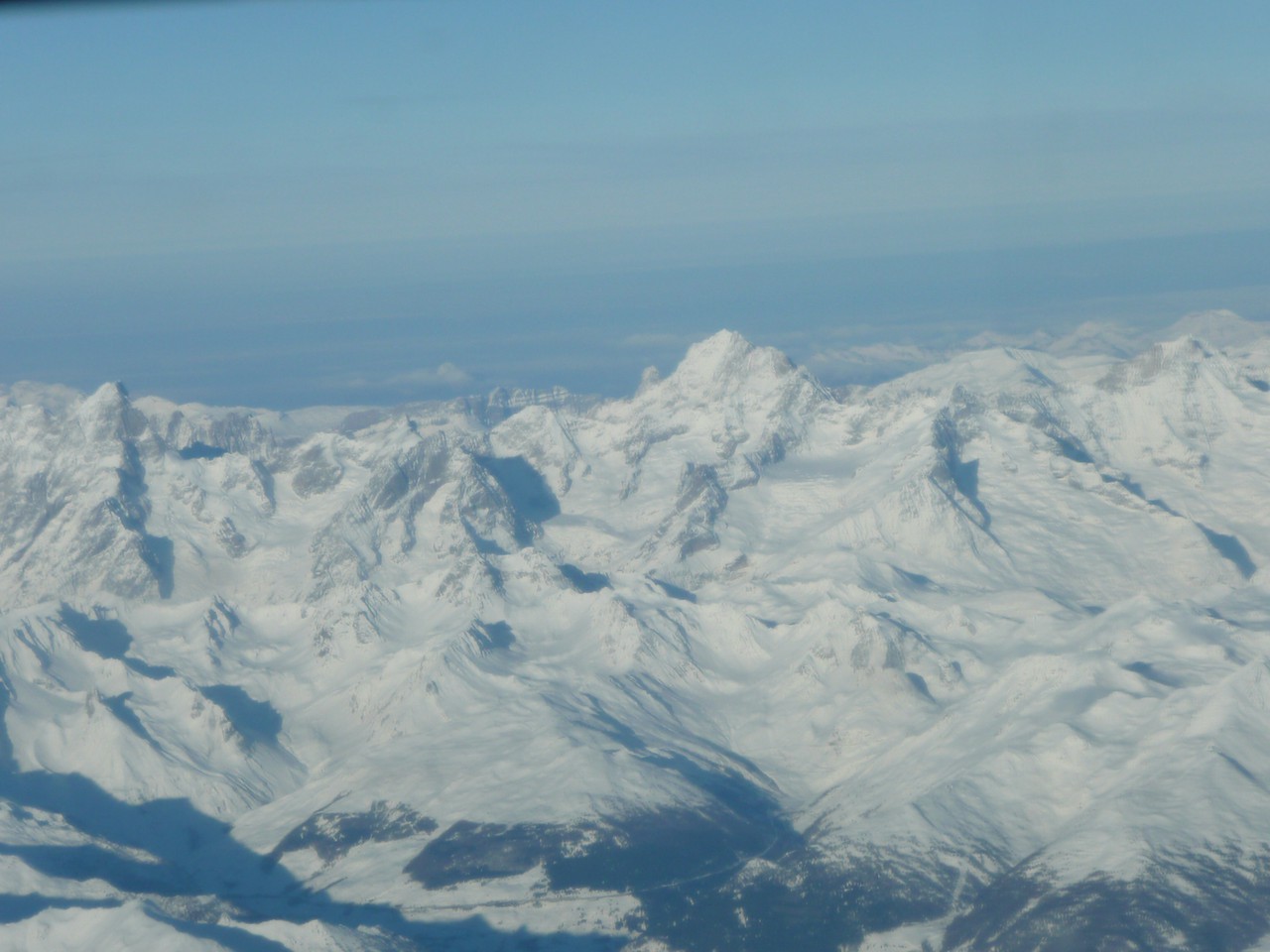 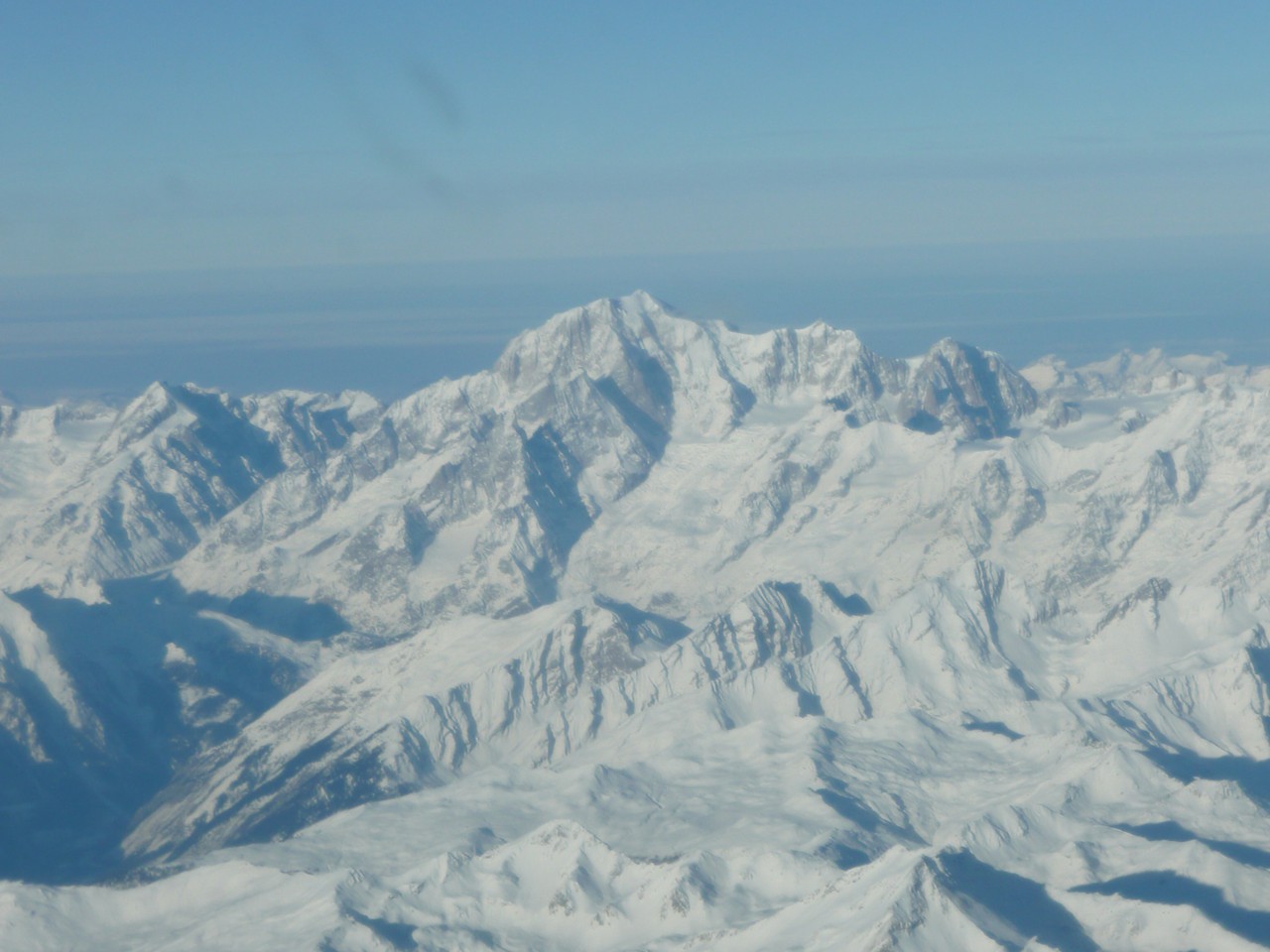 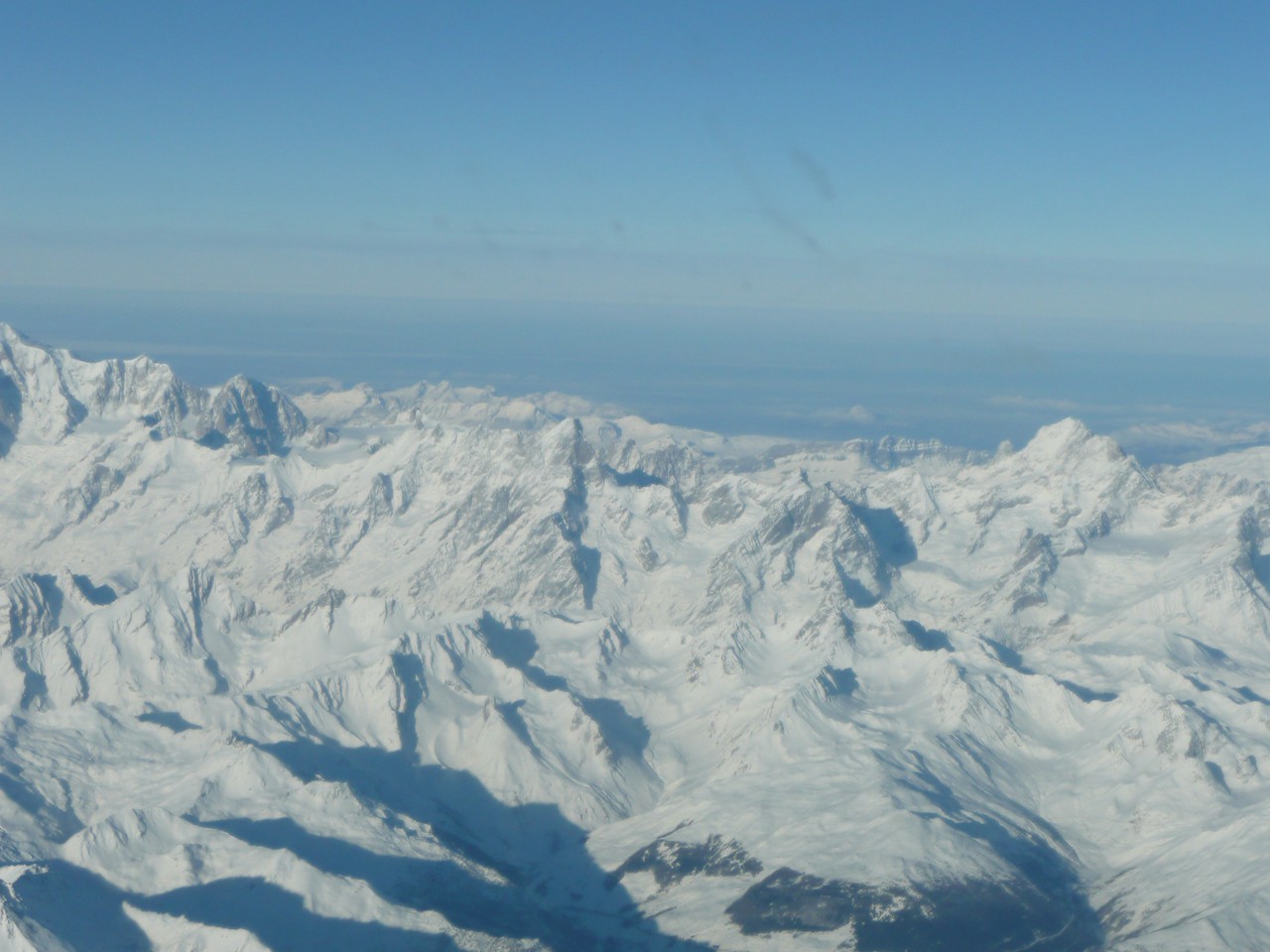 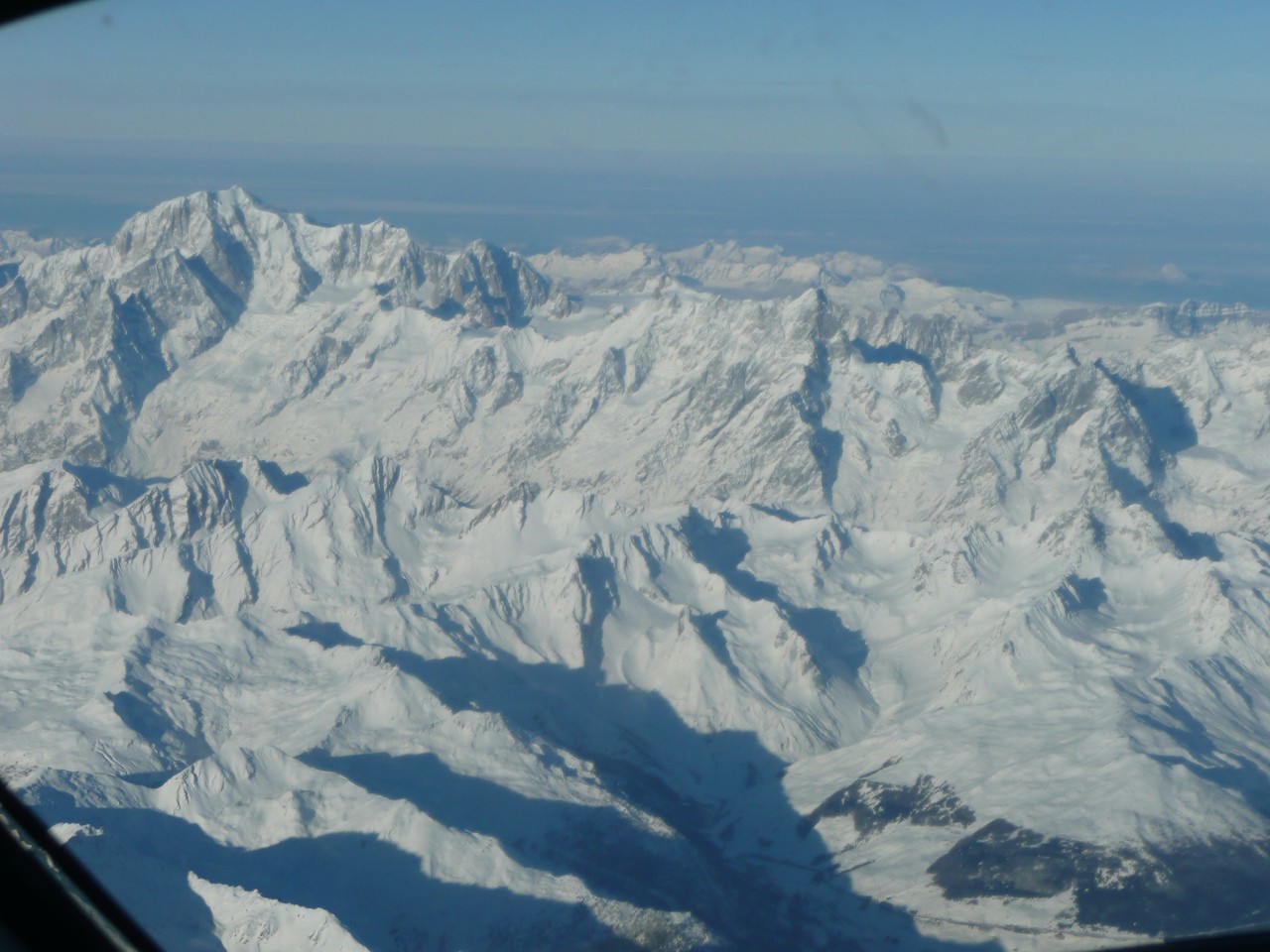 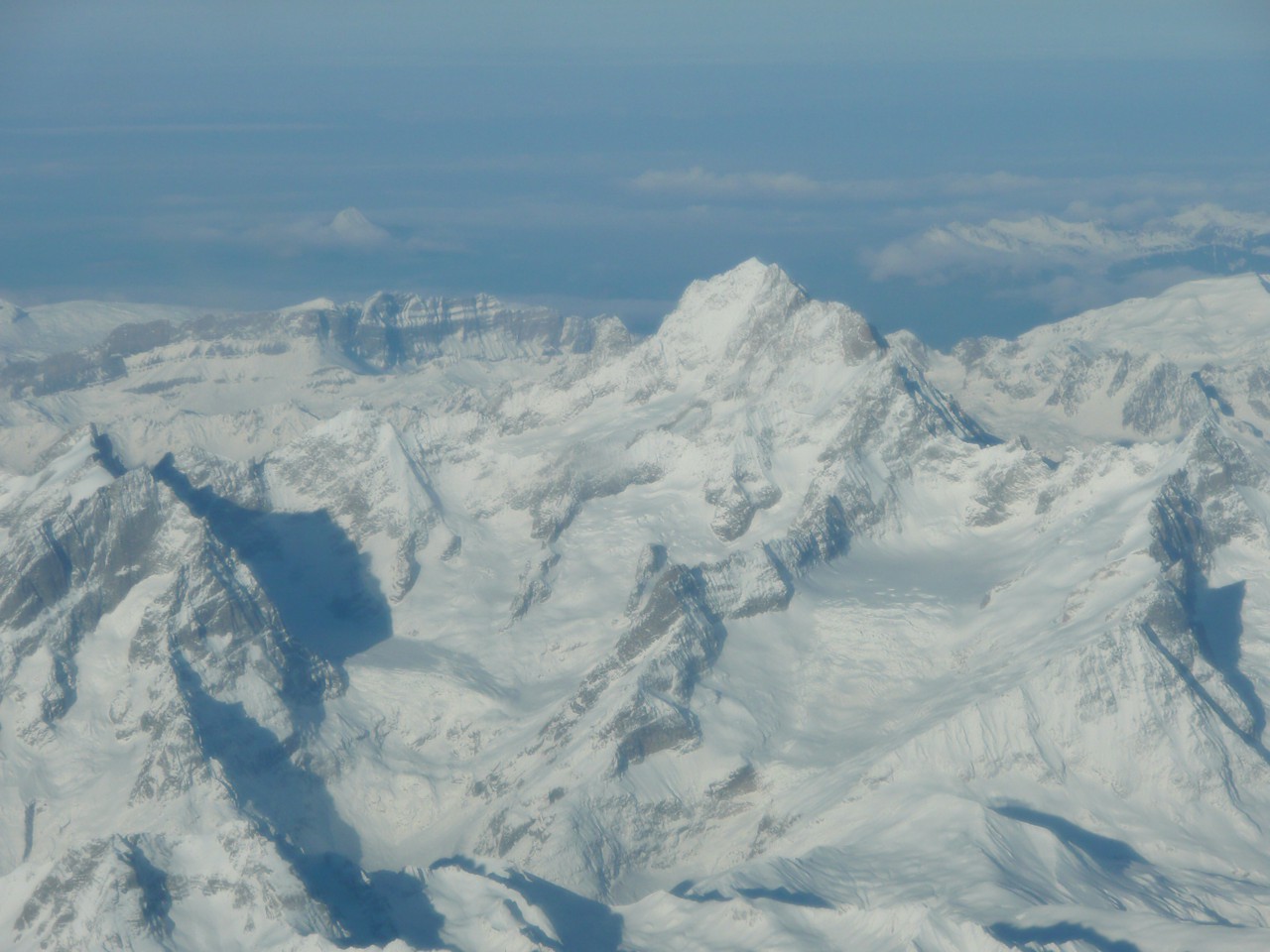 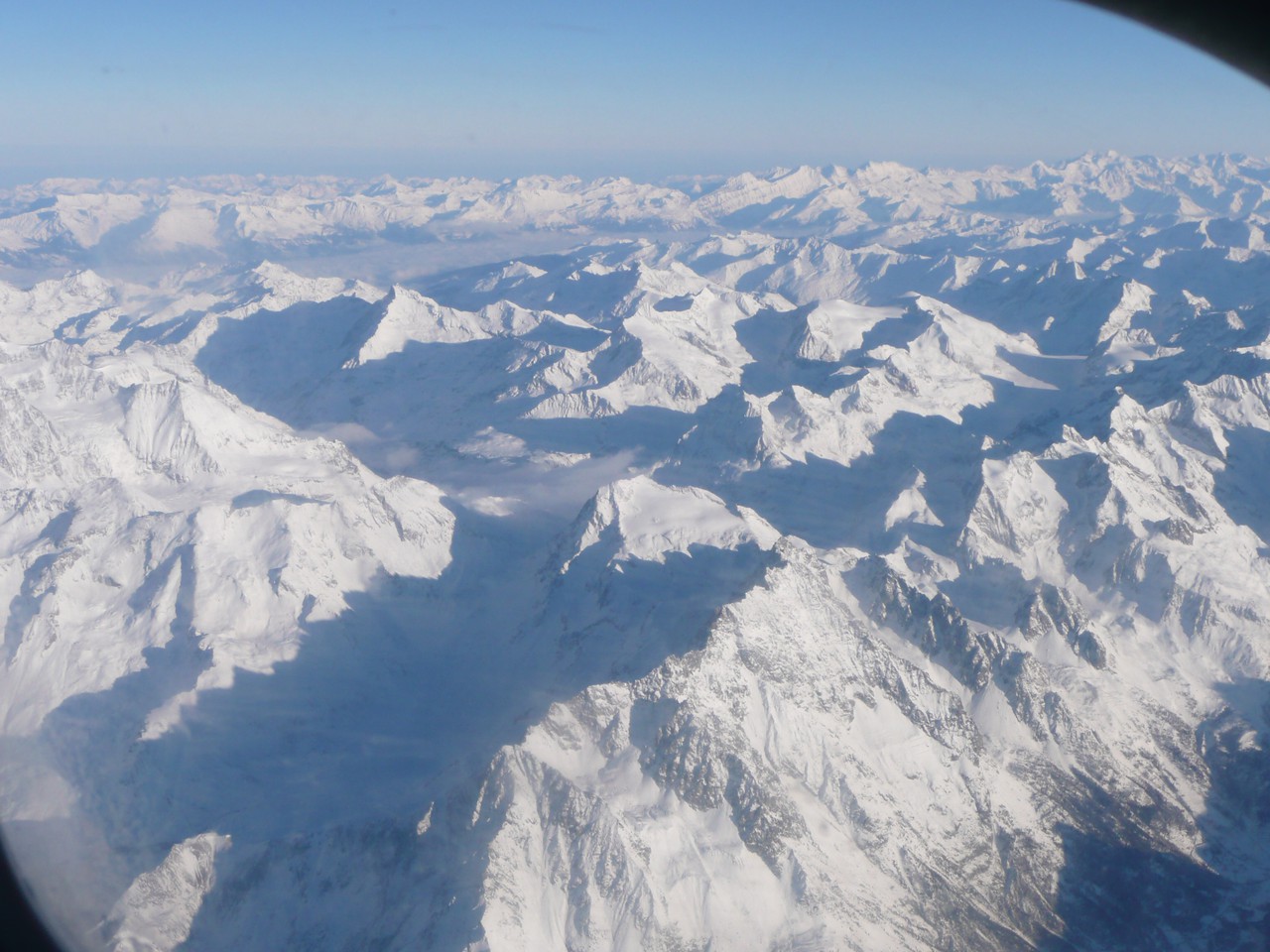 The funny part of this flight is that you could see the captain an copilot during the flight- I couldn't help asking the crew if, without bothering the captain, I could have a closer look at the cockpit… And the answer was..YES! 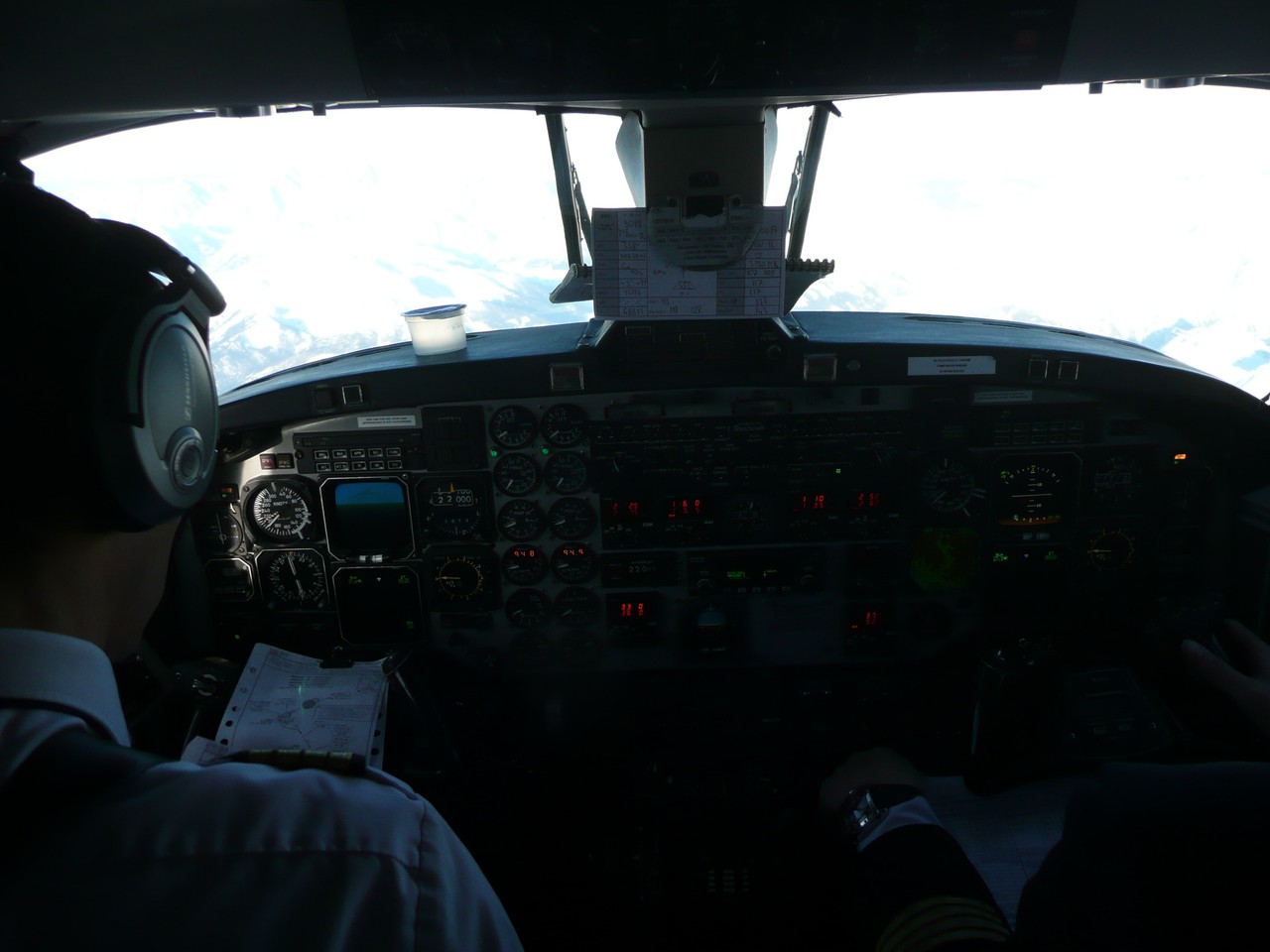 Still to this day I can't believe I was that lucky to be for some time (5 min, although I felt it was like 30 min!) in the cockpit and during the flight! 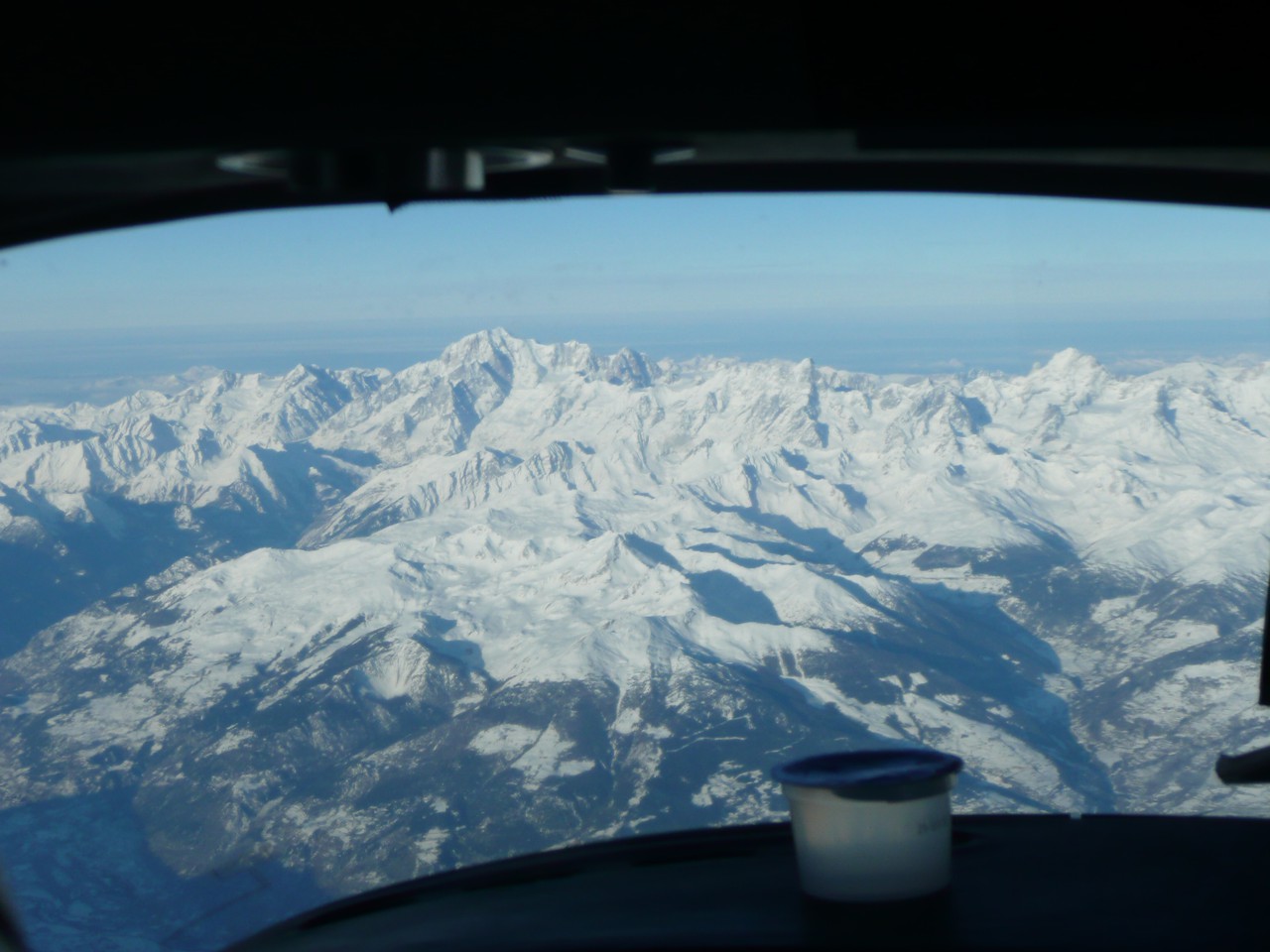 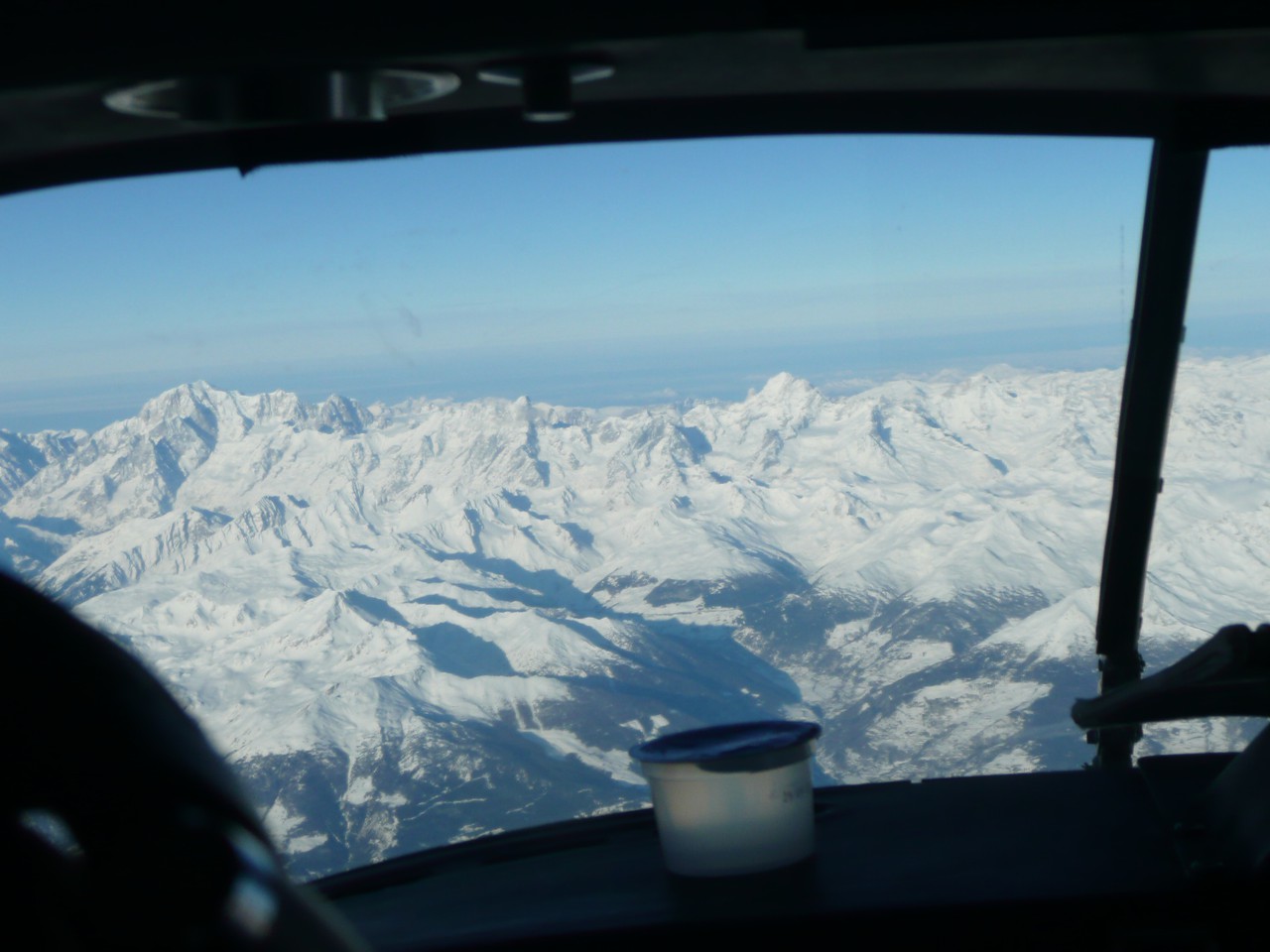 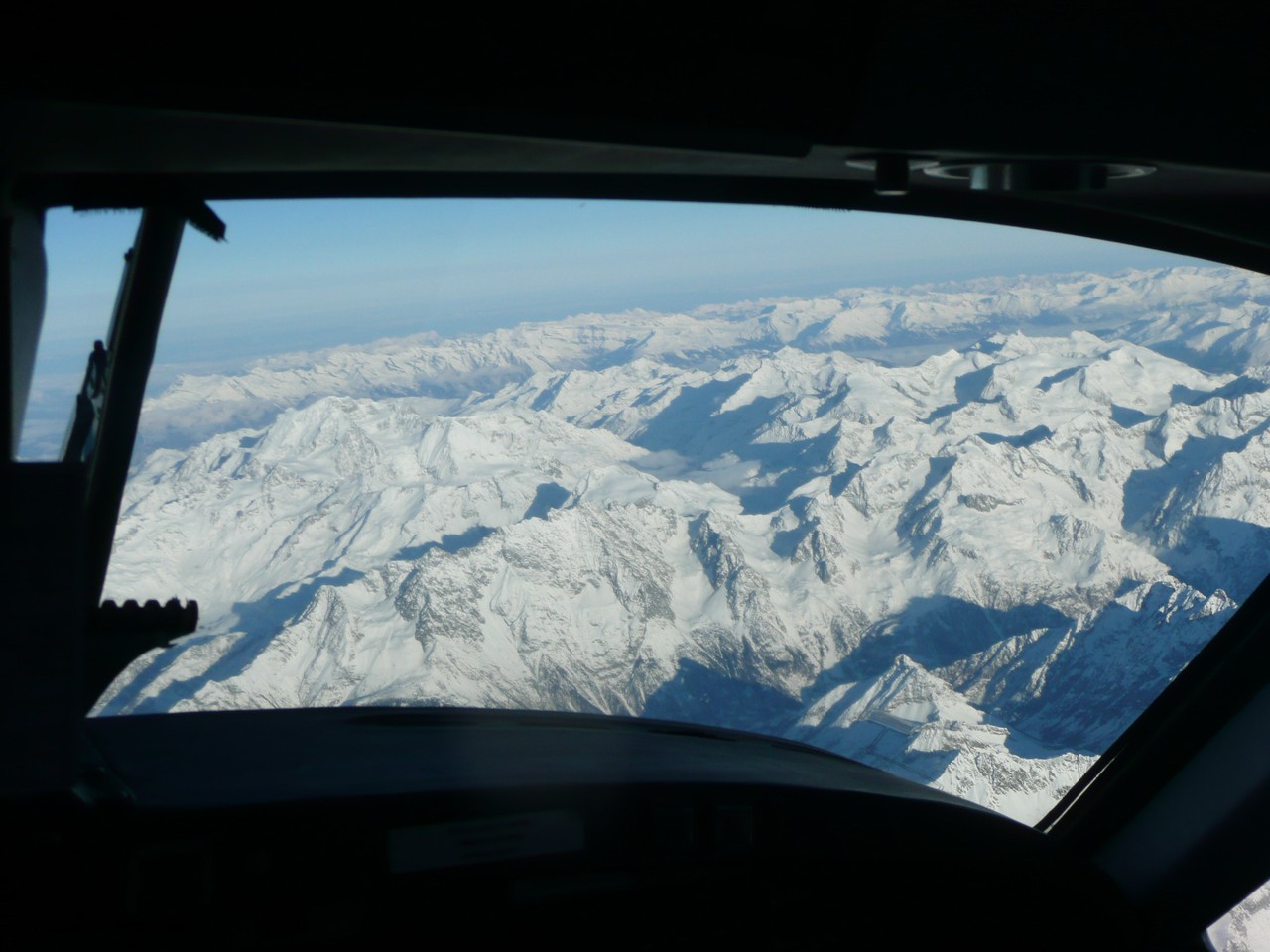 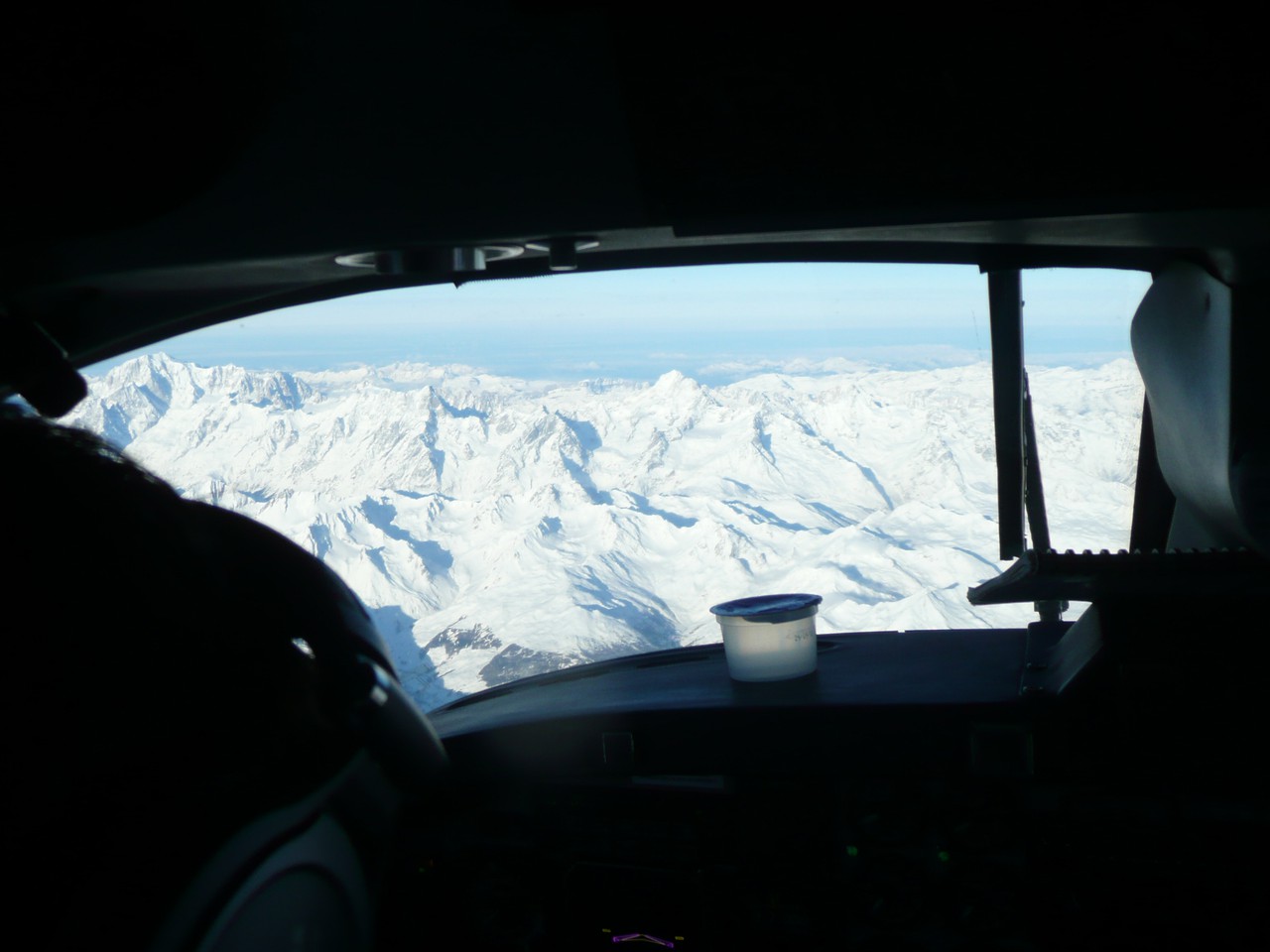 Very soon after we started our descent and I came back to my seat.

We landed at Milano Malpensa airport and arrived at the main and older Terminal 1 where a bus came to drive us to the building.

Milano Malpensa is the larger of the two airports of Milano, it hosts the long haul flights from Milan and some shorter flights. The airport was built to replace the smaller and closer airport of Milano Linate however it never closed and Linate has actually most of the European flights from the majors - the low cost airlines mainly use Malpensa.

Marseille airport was way better than it ever has been : cleaner, a bright new terminal and more services
The flight was a hour late, the captain was incredibly friendly as he allowed me to stay a few minutes in the cockpit. The crew was an intern and was on a learning curve but I can't blame him.
Malpensa airport is a bit far out of town; and seriously needs some refurbishments.