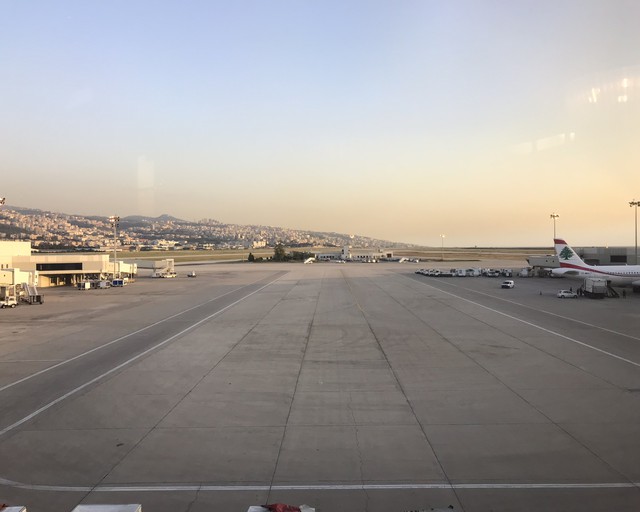 Good day fellow readers, this flight-report will cover my short flight to Larnaca with MEA in Business Class.

I will be short, as there is not much to cover,

As I was in a rush and slightly arrived late, I didn't have time to visit the famous and glamourous Cedar Lounge.

The sun is beginning to set, and there is an MEA A320 preparing for its journey to Amman. 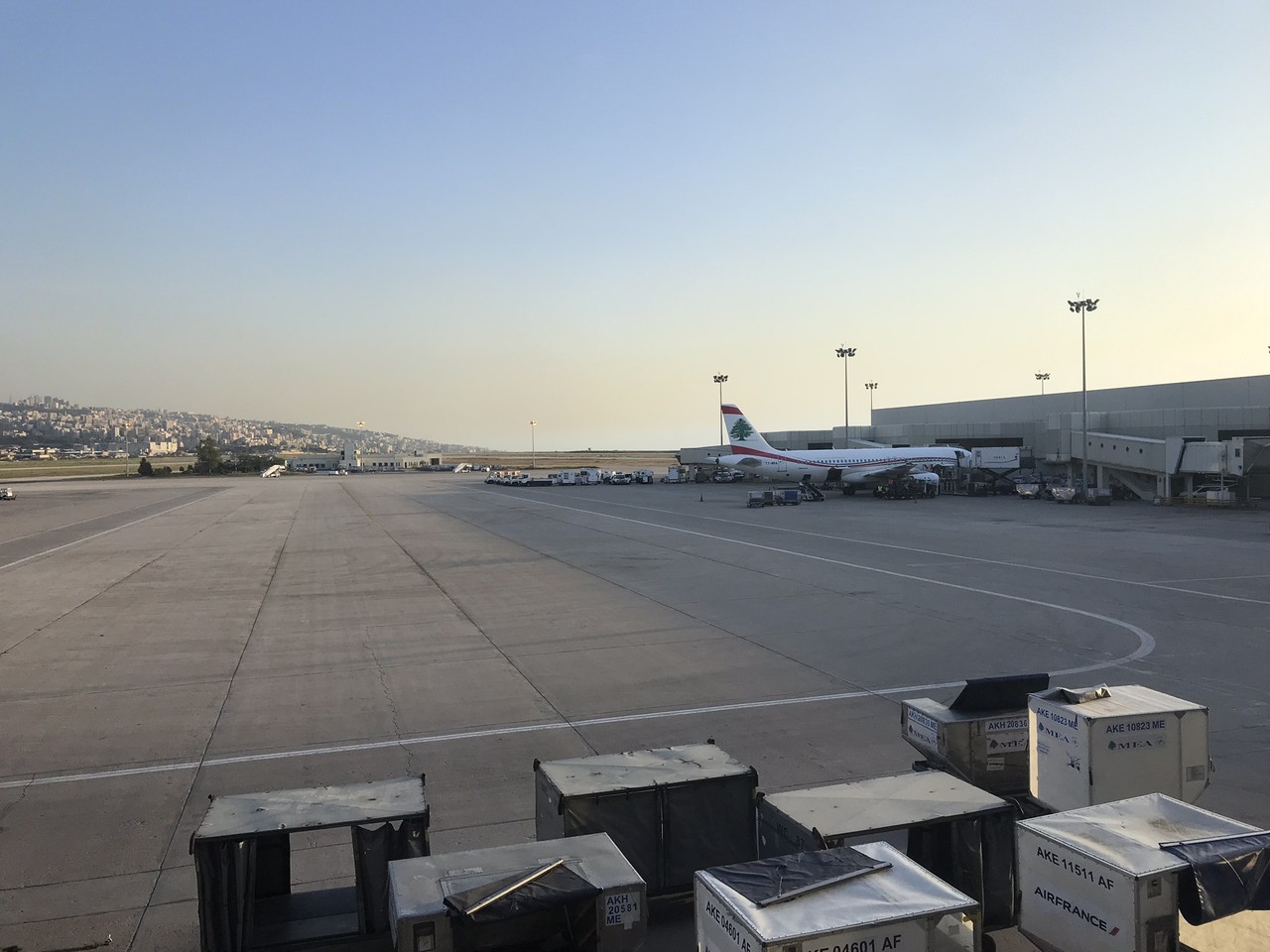 Another wide angle shot with the western pier. 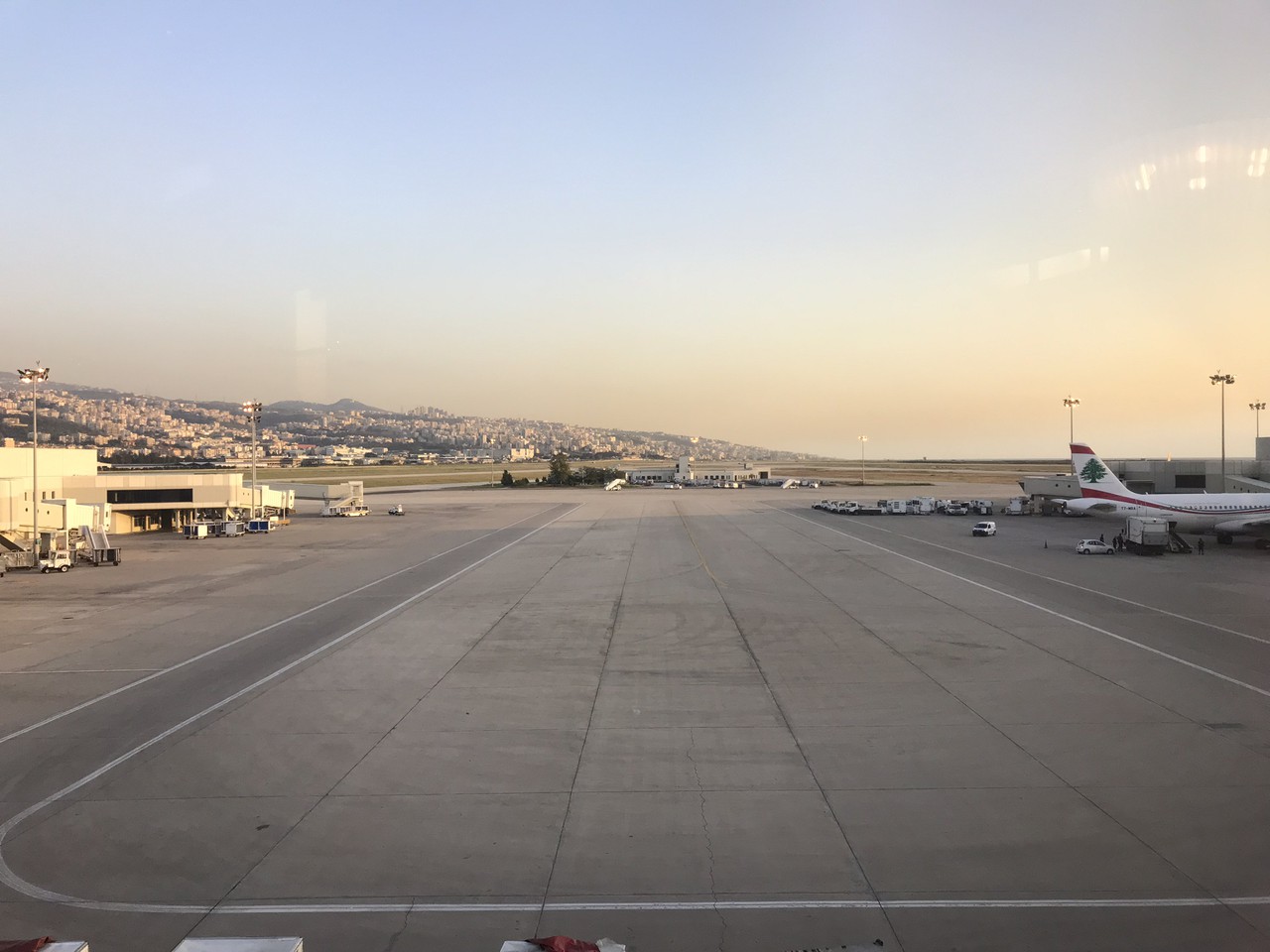 Looks empty by this time of the day where almost all cedar jets are in-flight, and other carriers are preparing their arrivals to Beirut, starting at the peak period.

Had a nice pair of Mochi prior to my flight, 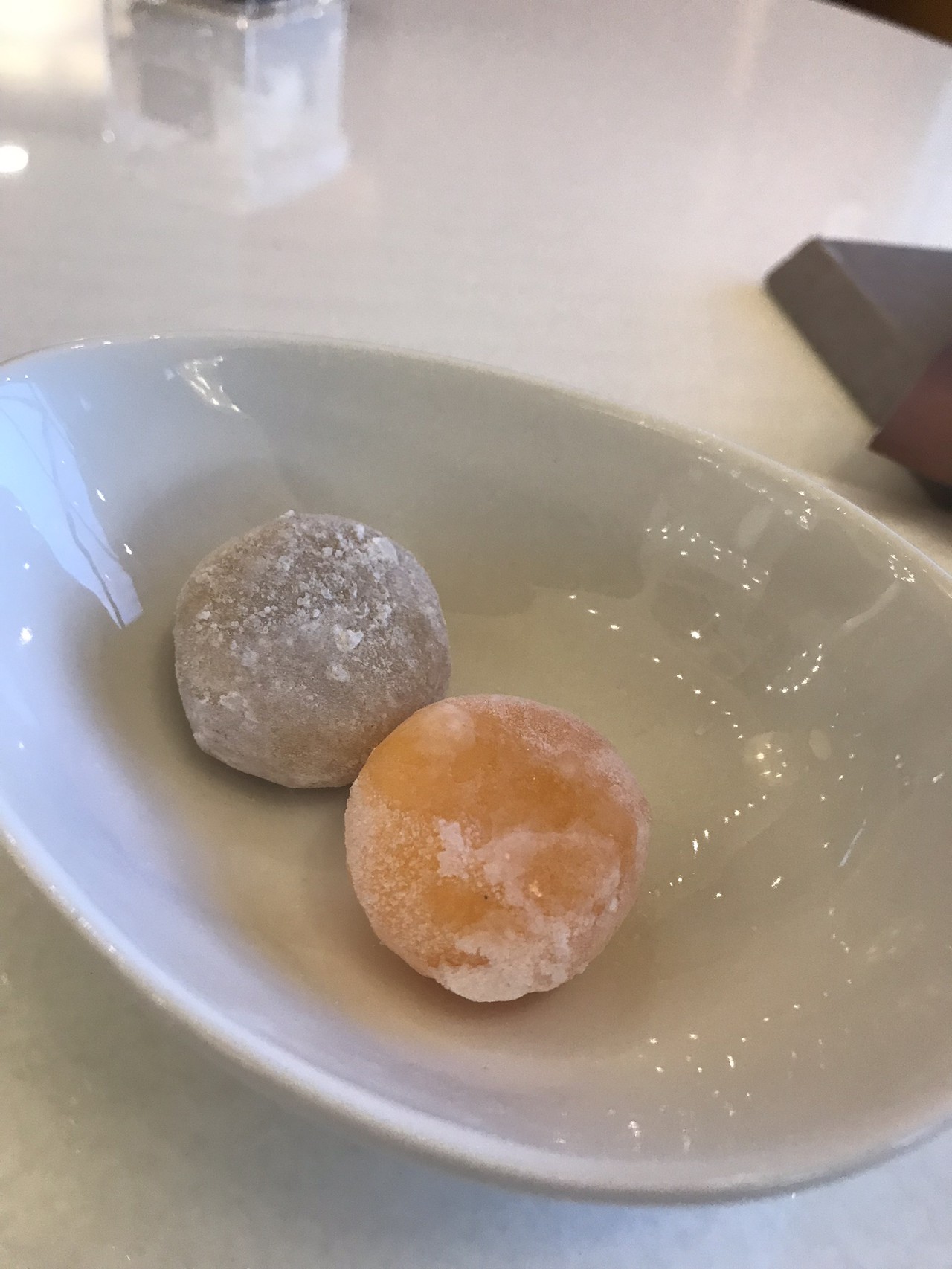 As I went into the aircraft, it was dark and we were already late, the flight was delayed by 1 hour due to late arrival of the aircraft.
OD-MEE was the bird of the day, with their brand new IFEs and seats configuration. 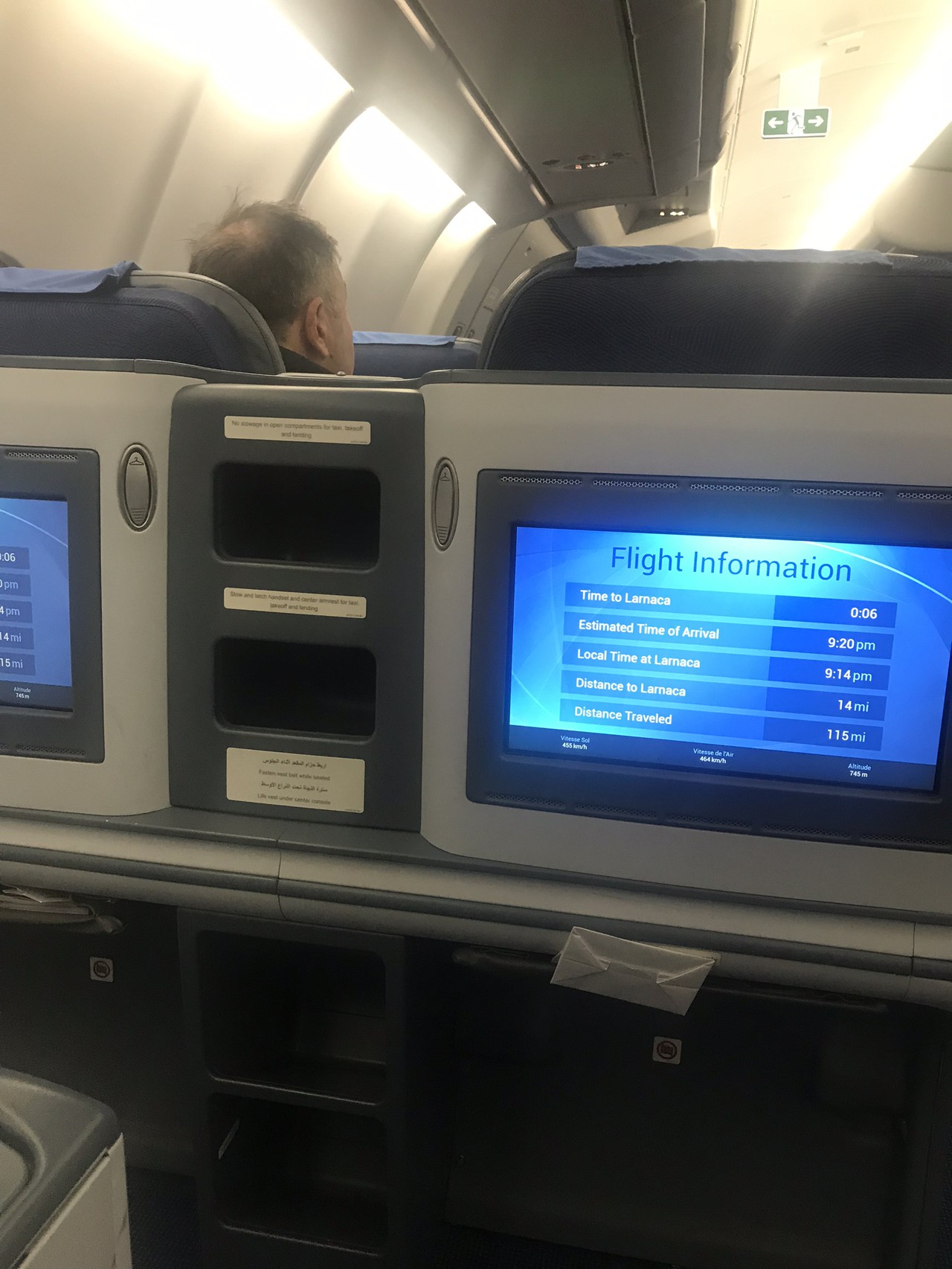 As I was really in a rush and stressed not to miss my connection in Larnaca with Wizzair to London (LTN) (which I did btw), I didn't think a lot on taking much pictures. Champagne and other drink choices were presented after completion of boarding and doors closed.

Night view of the cabin as per our approach to Larnaca. 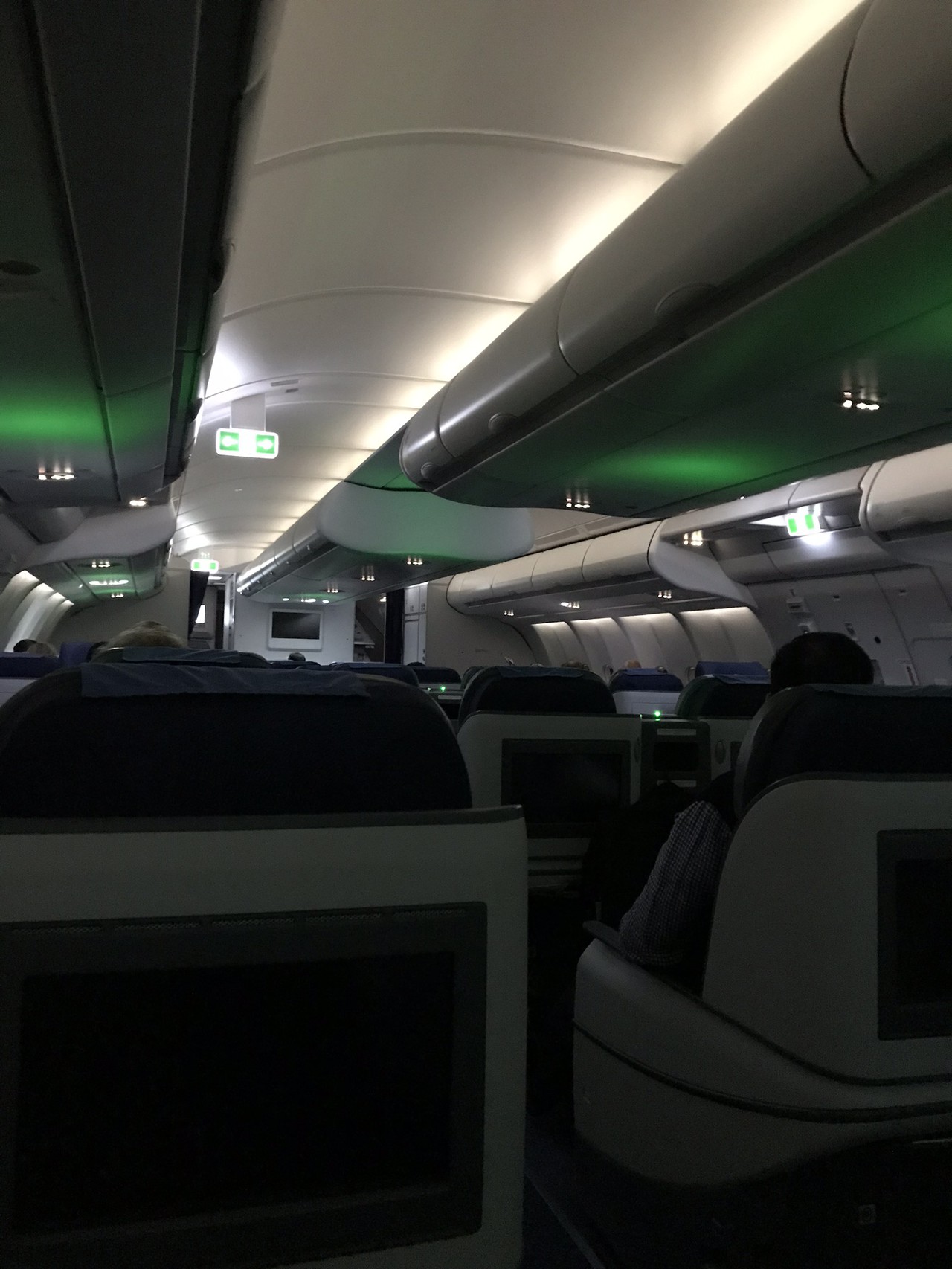 Asked for cup for nuts, as I had it filled, and clearly you can see an empty cup as I devoured them quickly, yum. Those were premium kernel nuts roasted by the famous Al Rifai. 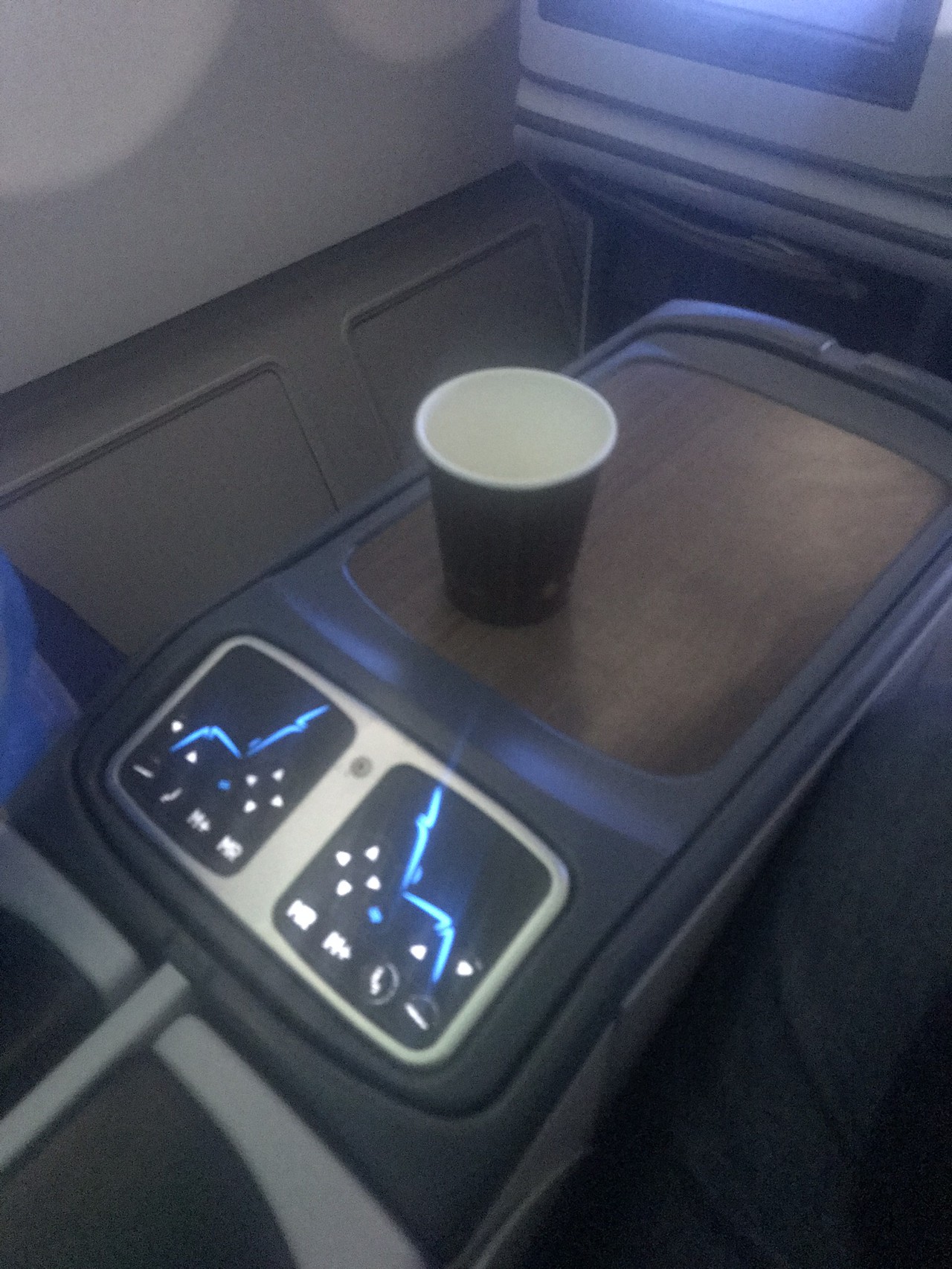 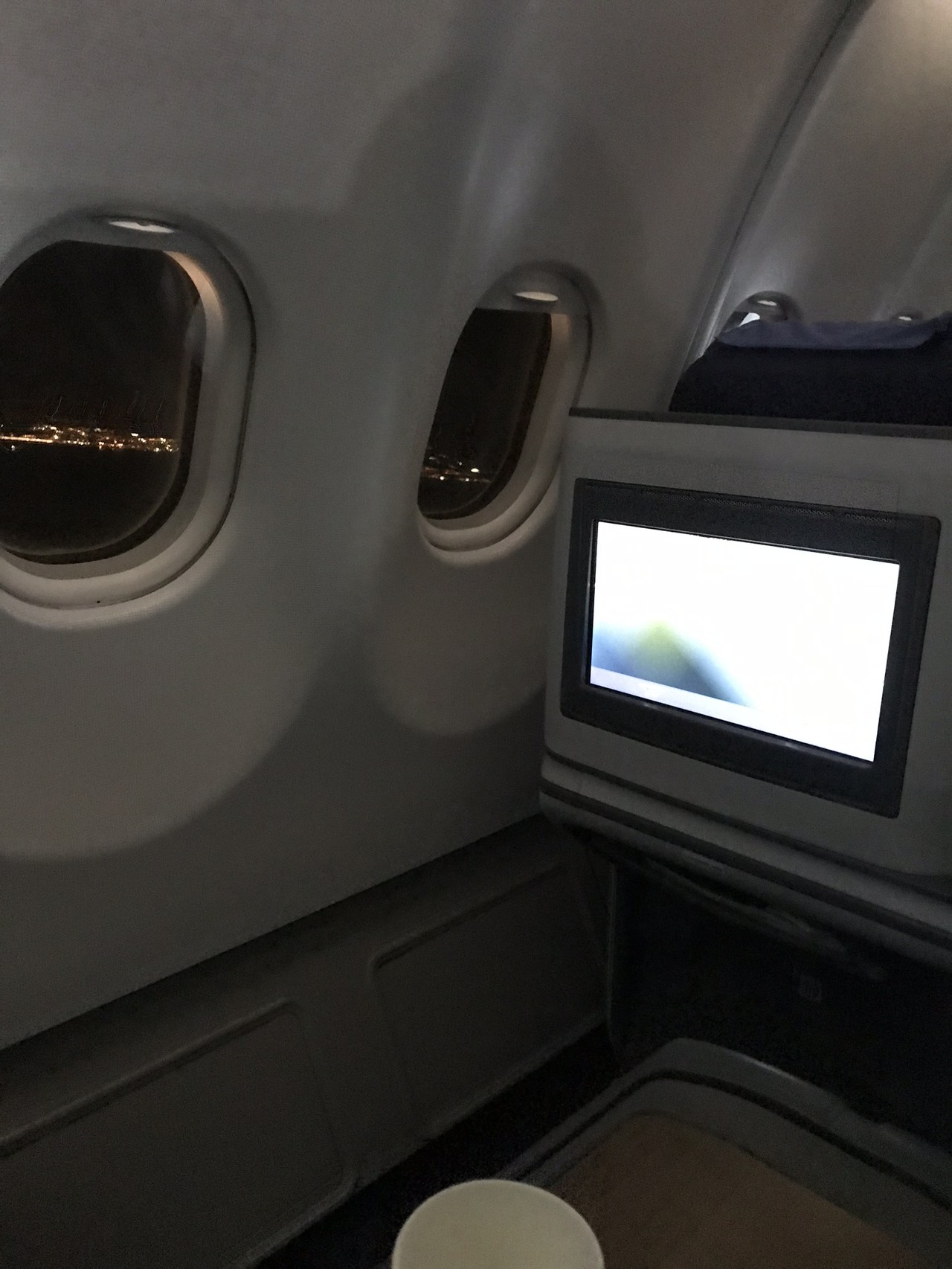 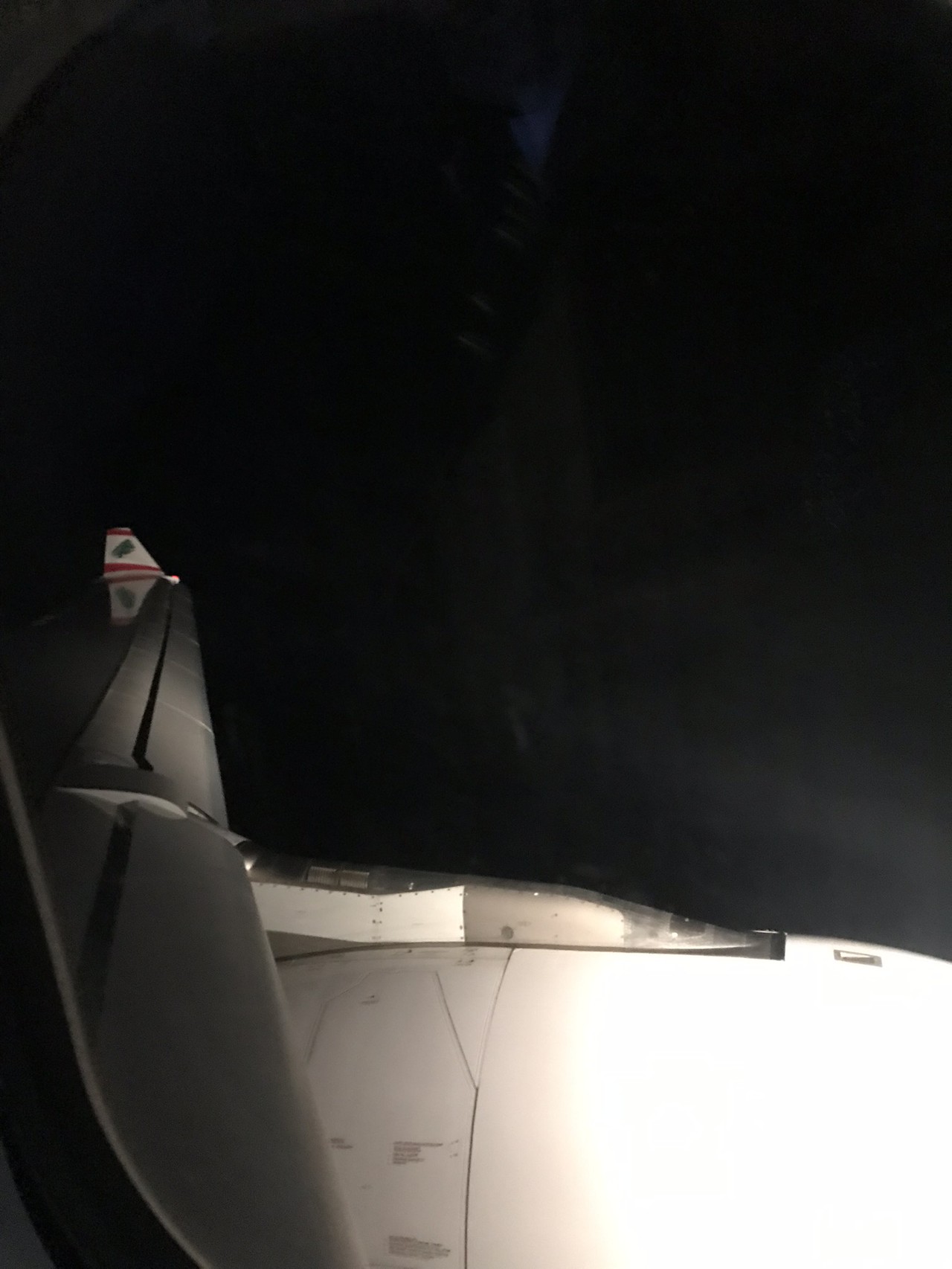 Landing was smooth, taxi time was short, as LCA is a small airport, and connection facilities was smooth. Unfortunately my flight was late and I missed my flight to London, big mistake taking the risk of a 45mins layover only. I ended up paying £400 to fly with Aegean the next morning via ATH, reports coming soon. Wizzair offered compensation on fare basis only. Better than nothing.

Many thanks for reading, hope you liked it?

Flight was nickel, but was late thus I missed my connection. Not MEA's fault, those things happen!
Cabin was great and aircraft was spacious for such a short sector, 20 mins only!
Cabin crew were very professional and assisted connecting PAX as much as they could!
Champagne was great, and the nuts were extra for such short trip!

The contributors of Flight-Report published 3 reviews of 1 airlines on the route Beirut (BEY) → Larnaca (LCA).

The average flight time is 0 hours and 21 minutes.