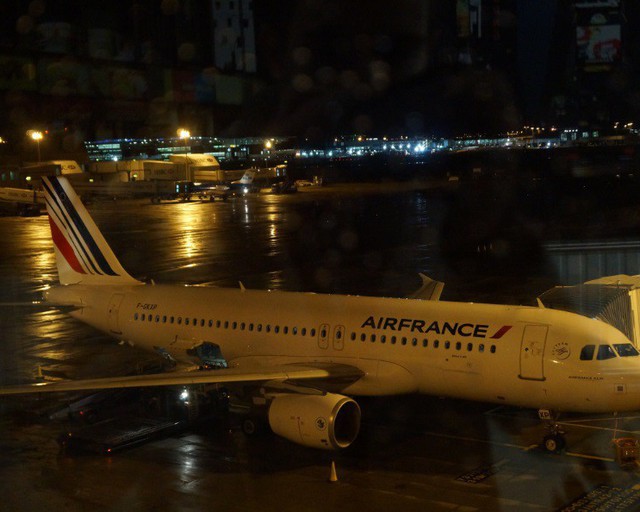 #23 out of 74 Airlines A minimum of 10 flight-reports within the past two years is required to appear in the rankings. 5481 reviews

A good argentinian friend of mine from Paris was getting married and she invited me to her wedding in december 2013 in … Mendoza in Argentina!
I have always been curious about this country and I was super excited as it was my First long haul flight.. and what a long haul flight! For almost 14 hours !
I was that enthousiast about this holidays that I asked my boss 3 weeks off as soon as I knew; about 10 month ahead and I booked the flight at the same time - I didn't realise at the time booking a flight 10 months or 2 months ahead doesn't make any difference ;-)

I looked at British Airways - a direct option and I was flying more regularly BA than AF at the time, but both Iberia and Air France came cheaper on the search engine - all the people I asked were telling me to avoid Iberia as the planes were old, durty and didn't have IFE - so it was a good excuse to get my flying blue mileage boosted and fly AF!

Flying blue Miles earned with this flight: 155
(before the program changed to a revenue-based model) 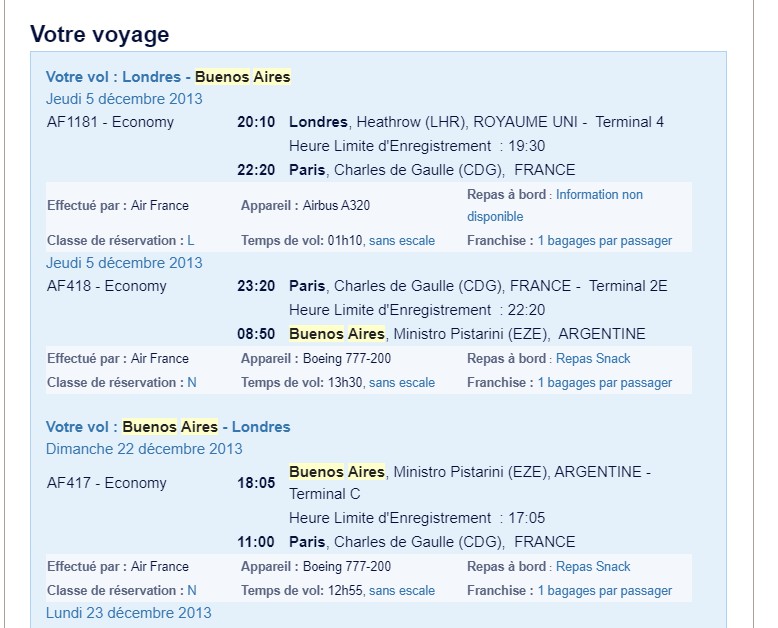 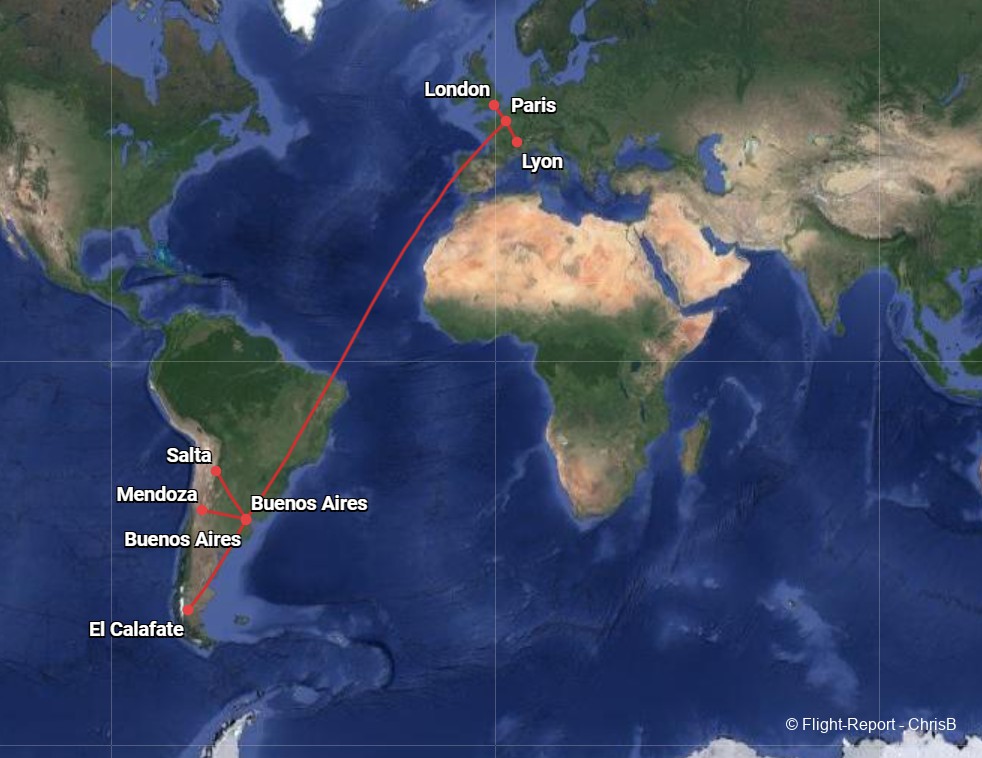 I booked on the website directly and in economy Air France offers a cabin luggage and a 23kg checkin luggage. You couldn't book your seat ahead like the long haul legs on the website, you had to wait the checkin to be opened 30 hours ahead of schedule - which i did as soon as it was open and booked one of the last seats available on the window, the 23F. 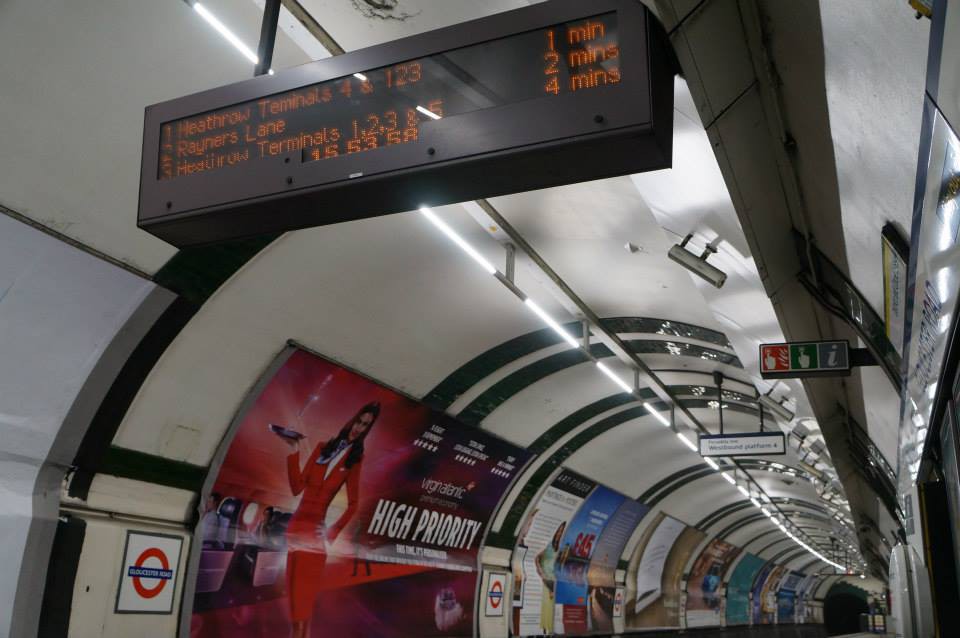 I arrived at the airport and first went to the Air France/ KLM counters to drop my luggage off.
All the skyteam airlines depart from Terminal 4, not the best looking terminal at heathrow (mind you, Terminal 1 was still open at the time) however rather functinonal.

The skyteam airline short haul flights usually depart from the north right side and left side of the Terminal 4 building, , and my flight was no exception - gate 22. 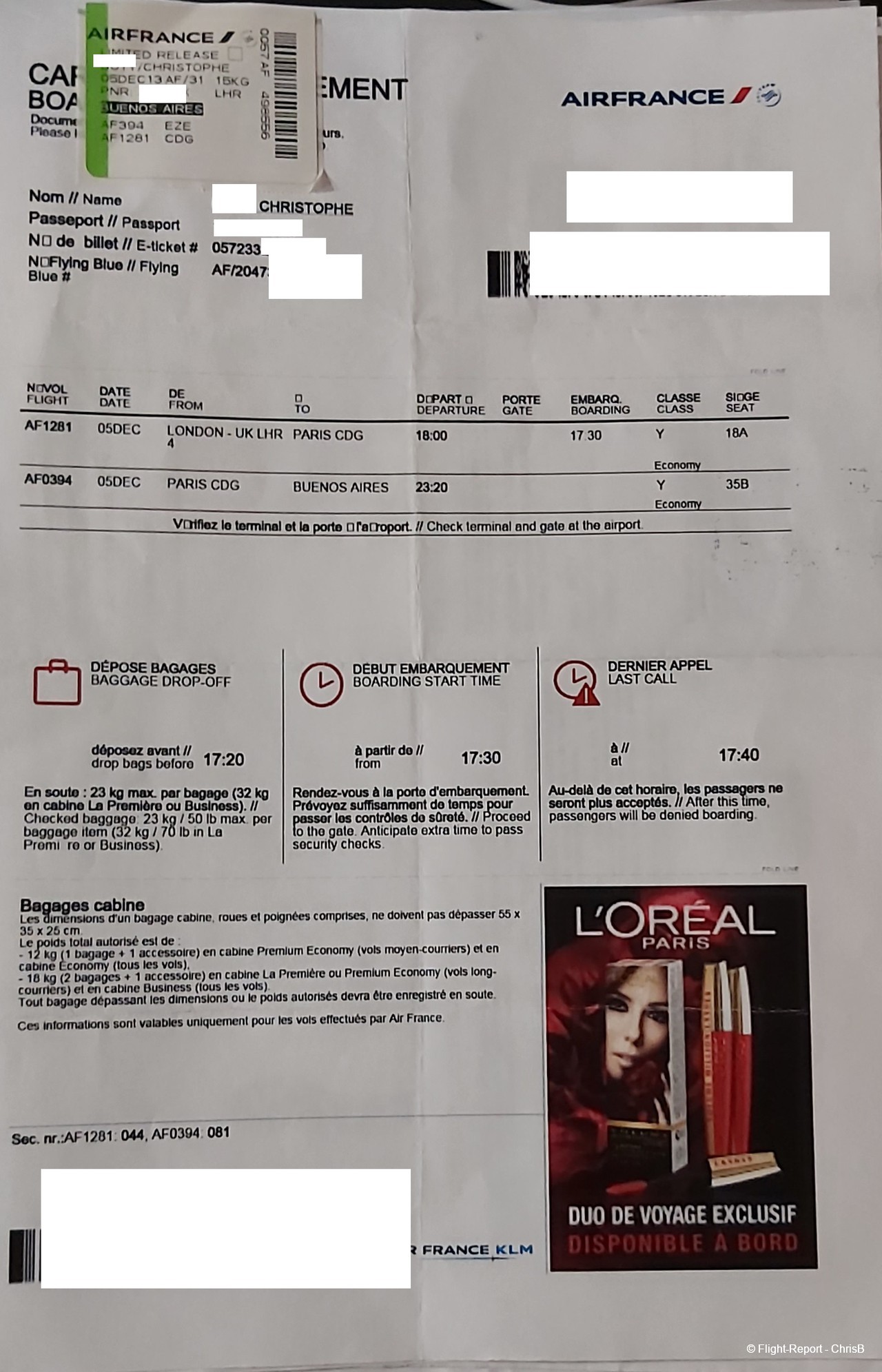 We heard the announce of the boarding being prepared and I left my seat to go to gate 22.

Here was my little bird! 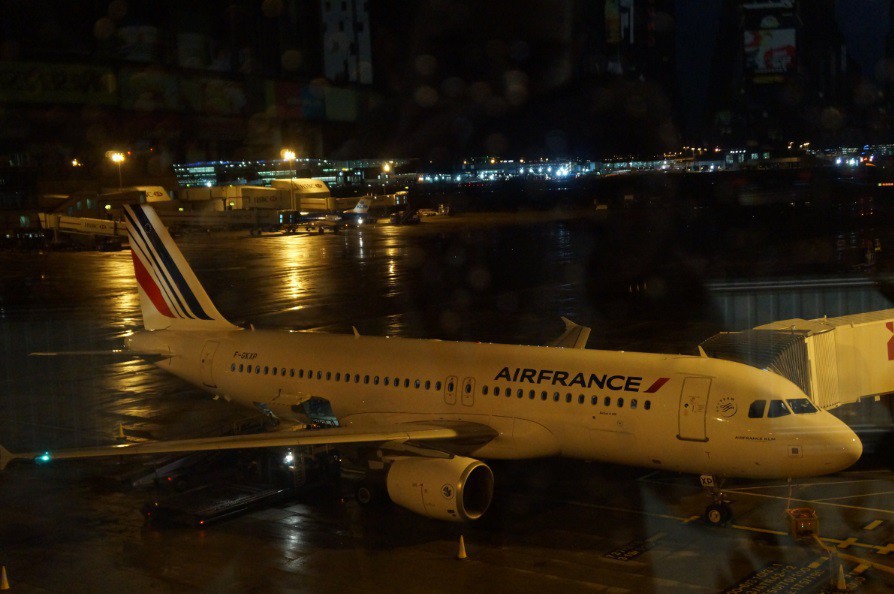 The business class and premium economy boarded first and after that the economy class was called for boarding.

I was welcome by the crew in the economy cabin
The seat was a bit old but was very thick and confortable, made of leather.
The cabin is configured in a 3-3 format, standard for the a320 family but with the red Air France line on the racks above. 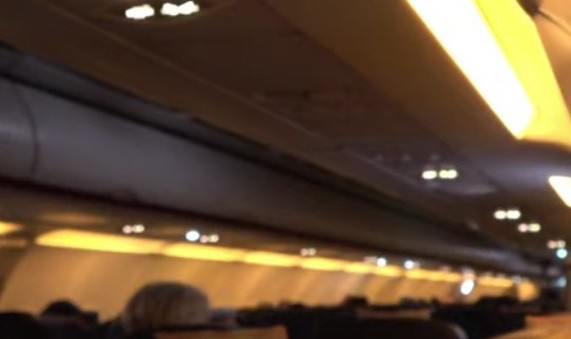 After push back we had the regular announce by the captain telling us the take off would be delayed by 10 min because of Heathrow Air traffic controlers had to deal with delays of delays of earlier flights.

We taxied for a long time, passed by the Biritish Airways maintenance on the left and the Terminals 3 and 5 on the right hand side up until we reached the runway 9R.


After take off and the seat belt switched off passed 10,000 feet, the crew very quickly gave us a snack and offered coffee / tea / soft drinks.

The Air France magasine is well written with 280 pages, a first section about world's statistics, travels, Air France fleet presentation - there wasn't the section about movies and duty free unlike the magasine on long haul planes. 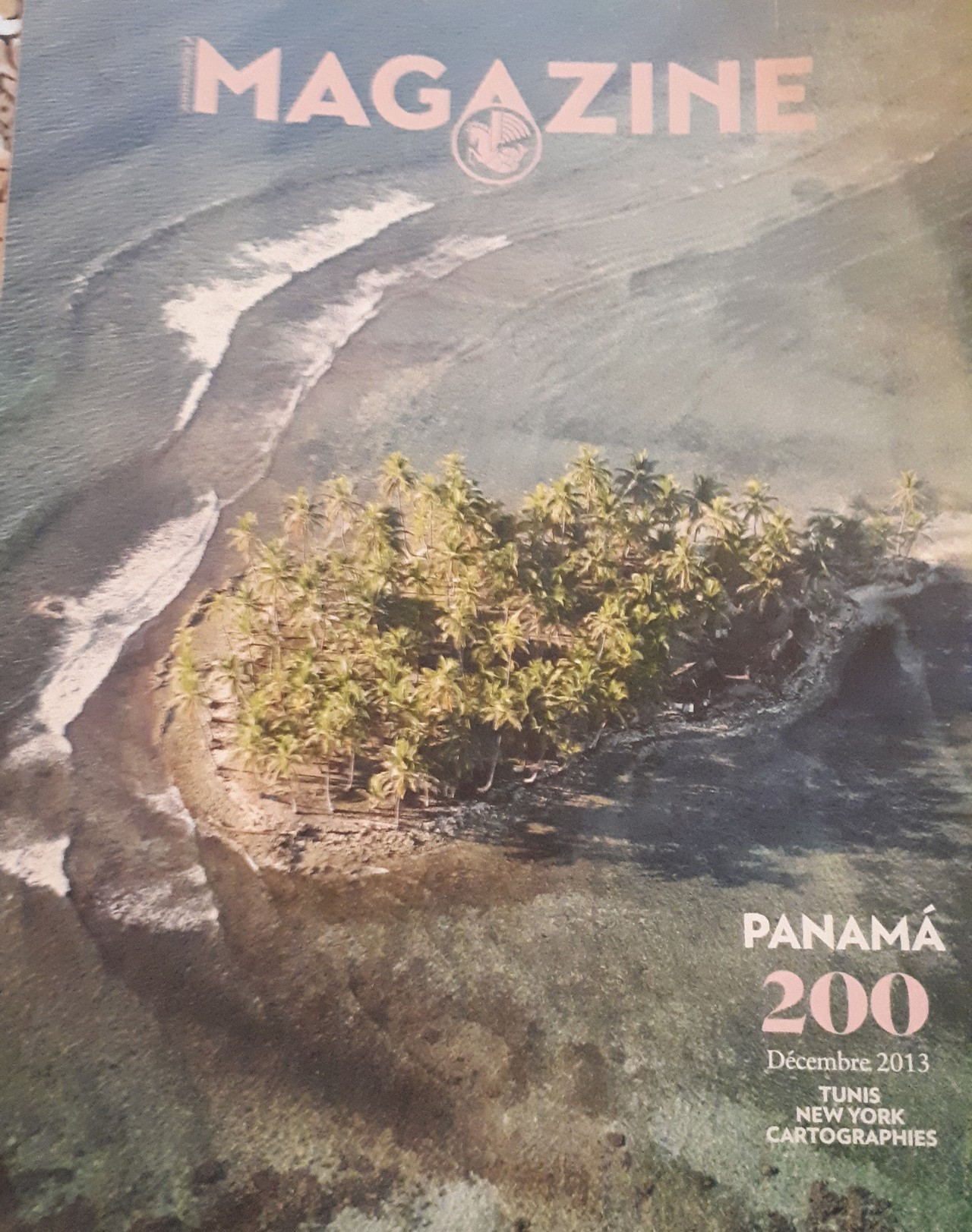 You can see at the time Air France had really tighter bonds with Air Corsica, and Transavia was just a Dutch touristic airline, almost a charter airline, not the low cost we know today on the french and dutch countries.
City airport based airline CityJet was still owned by Air France and Garuda Indonesia didn't join Skyteam just yet. 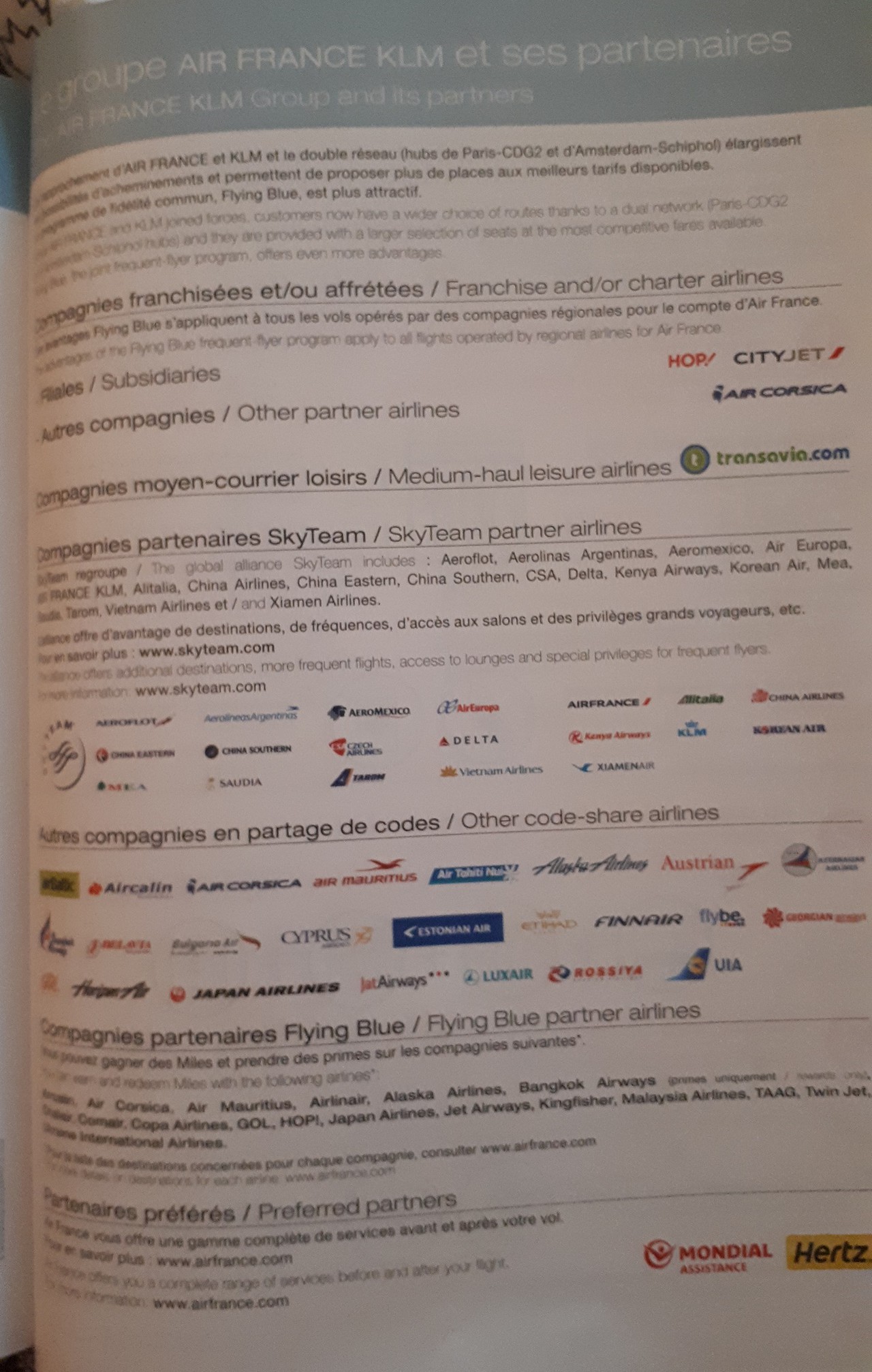 As usual the flight to Paris was super short and litteraly 5 min after i finished eating my snack we started our descent. 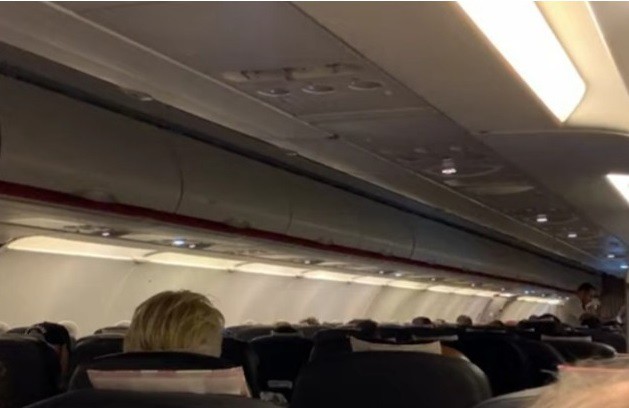 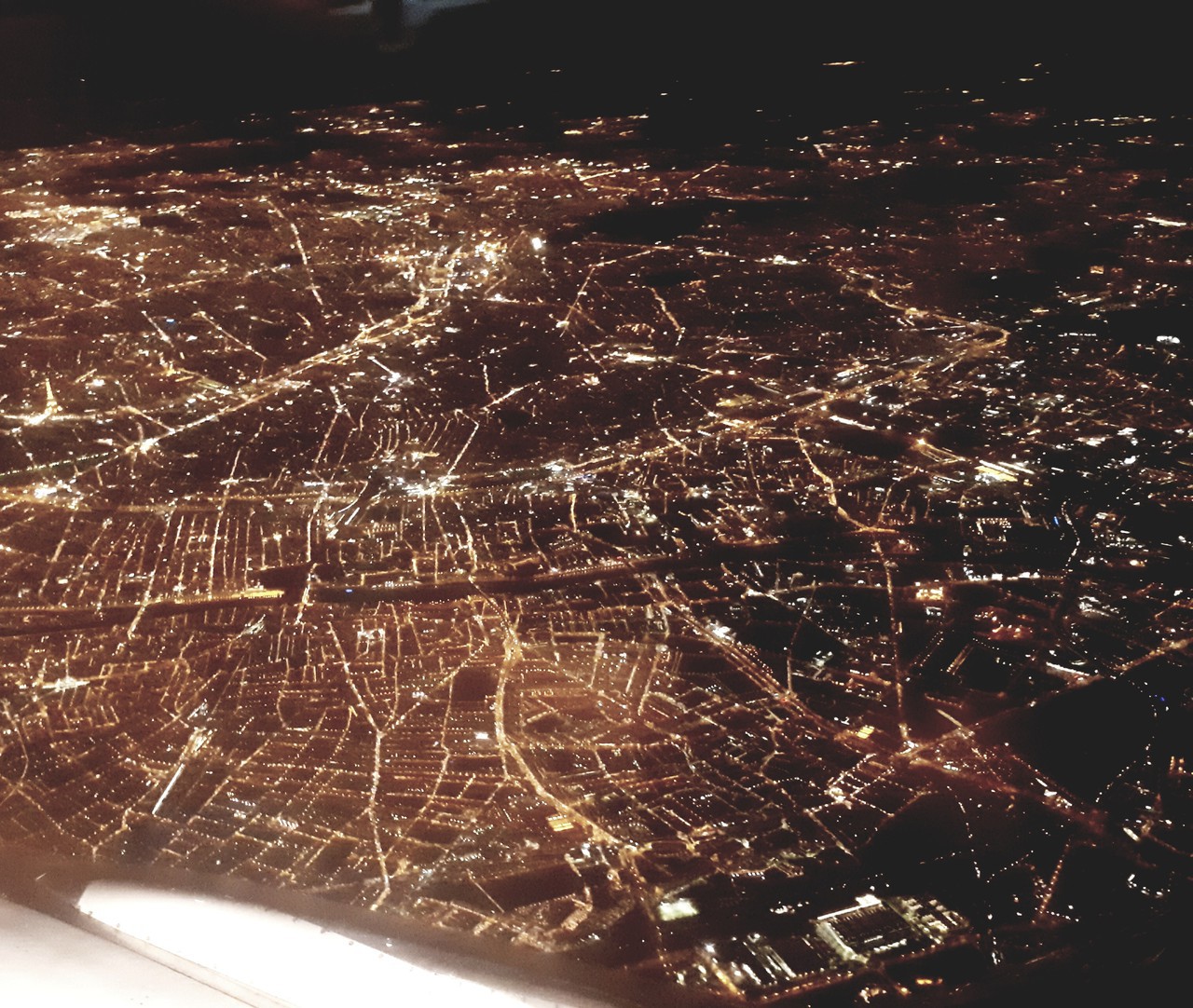 We landed on runway 8L and taxied for a very long time up until Terminal 2 E hall L..

We soon after deboarded through the jetway after the front of the cabin left.

I followed the sign and went onboard the CDGVal, the driverless train between the buildings of Terminal 2 E. 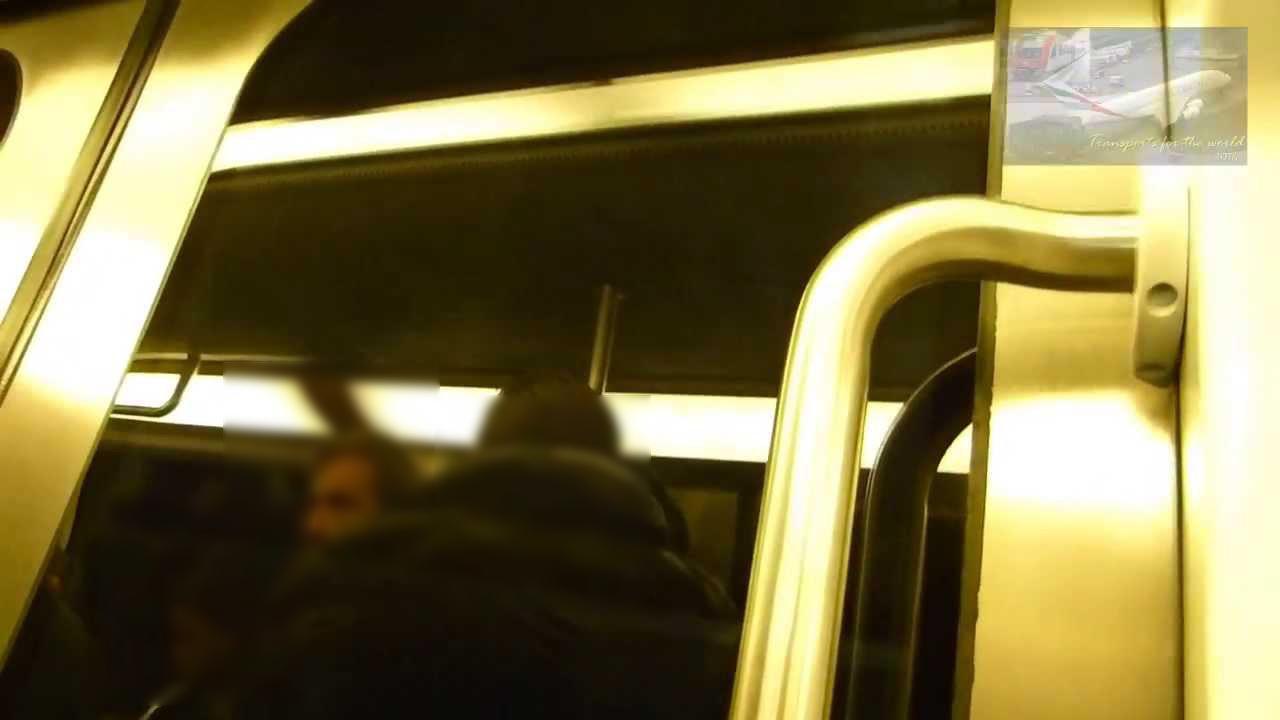 In conclusion it was a very good short flight with Air France.

The plane was fairly new, the crew very professional and nice - especially if I had to compare with low cost options to fly out from London.
Terminal 4 of Heathrow is a bit old and needed refurbishment - which is now the casea at the waiting area.

The contributors of Flight-Report published 102 reviews of 2 airlines on the route London (LHR) → Paris (CDG).

The average flight time is 1 hours and 10 minutes.