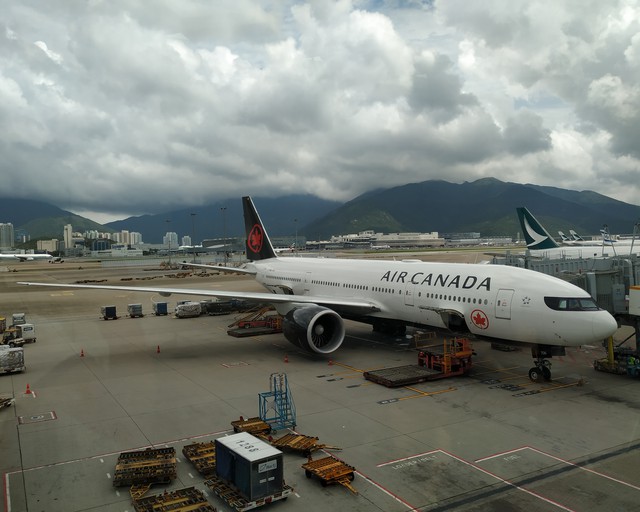 #16 out of 71 Airlines A minimum of 10 flight-reports within the past two years is required to appear in the rankings. 340 reviews

This was the longest flight that I have ever taken before, the 15 hours flight was indeed a strong challenge for me, it was a day-flight also, so it really took some time for me to overcome the jet-lag in Canada. My journey started with my flight AC016, from Hong Kong to Toronto, the aircraft scheduled was the 777-200 long-range version, it is a rare passenger aircraft with just around 60 produced worldwide, luckily a got a ride on it, though the experience on-board was a bit out of my expectation. 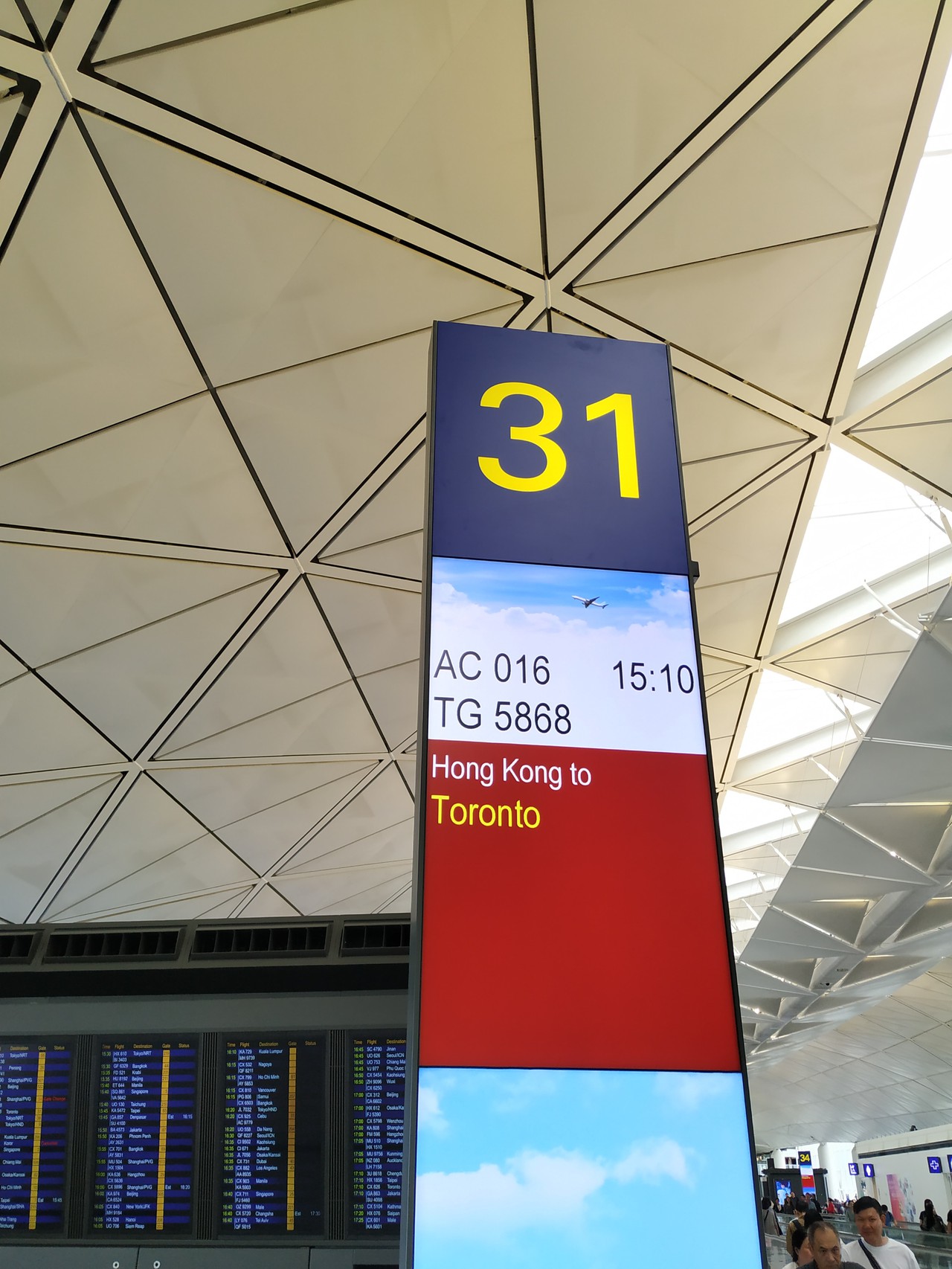 My boarding gate was no.31 that day, clearly stated my flight number, destination and departure time. 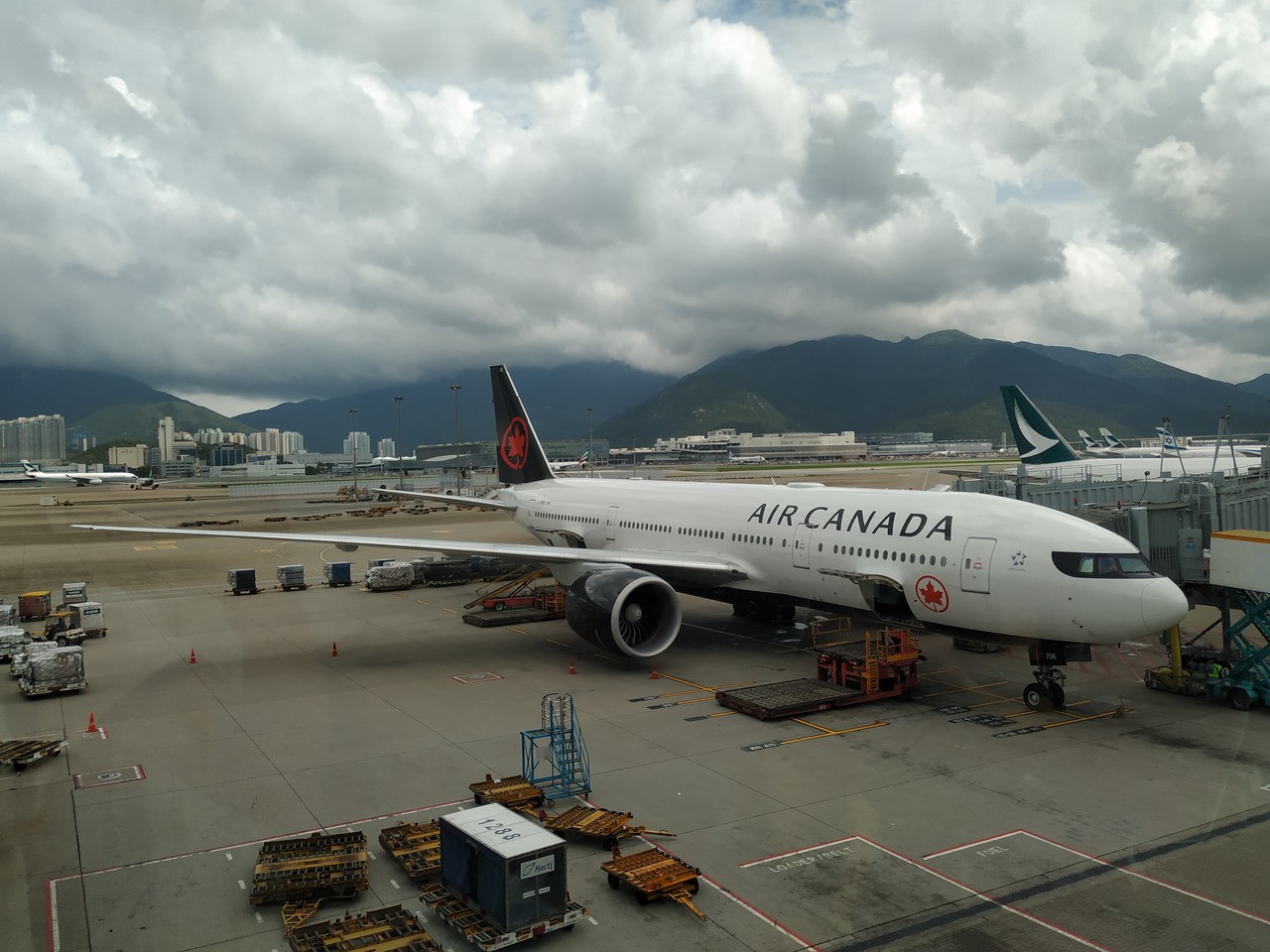 The photo was shot in the Hong Kong International Airport, behind my gate were plenty of planes from the Hong Kong based Cathay Pacific and also a EL AL Israel Airlines Boeing 787-9. 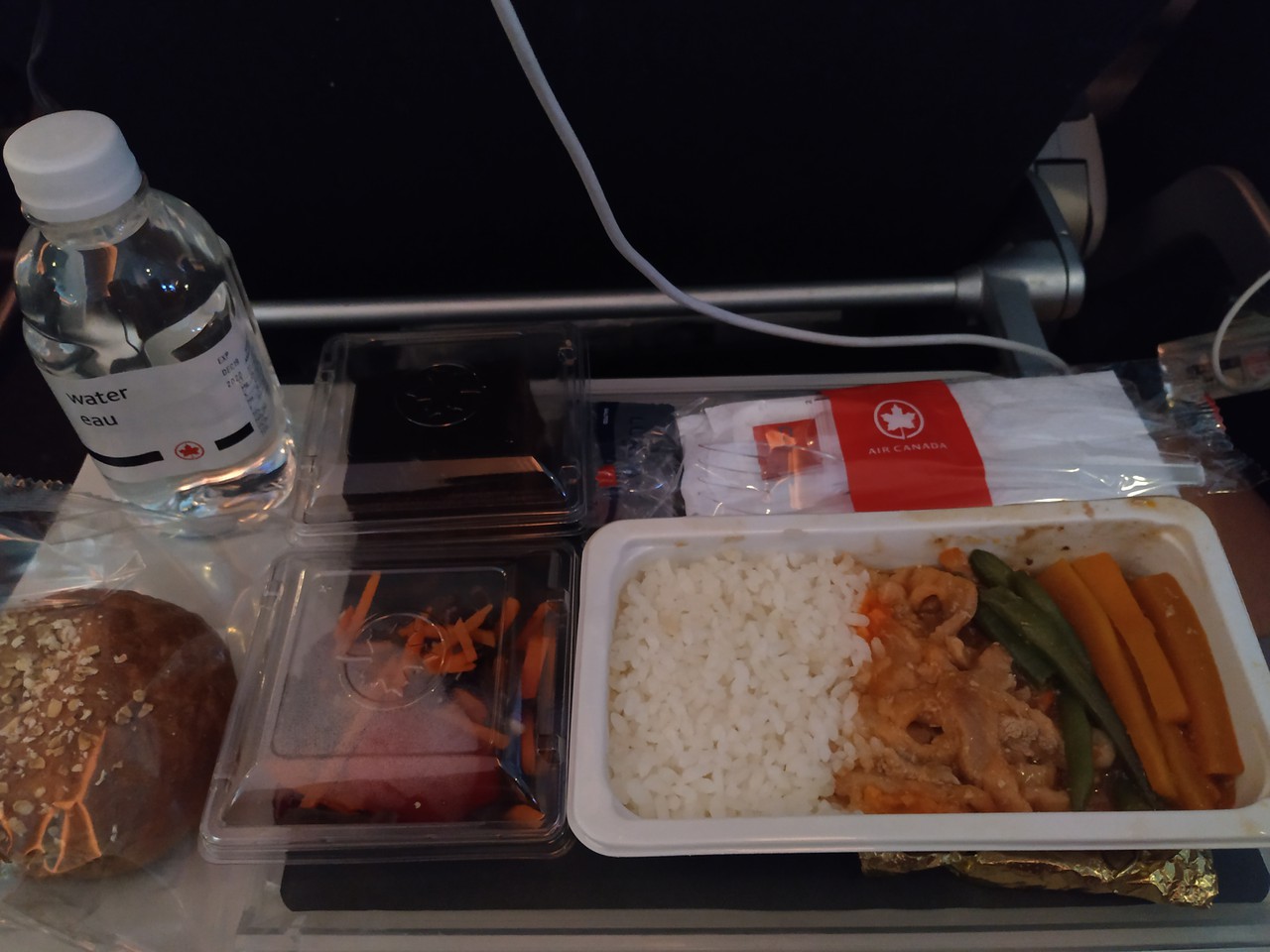 Lunch/Dinner: Pork with rice
The taste of my meal was below average I suppose, yet acceptable, but the sauce of the pork was a bit strange. The dessert —- chocolate cate was great that gave me a happy ending for the meal. 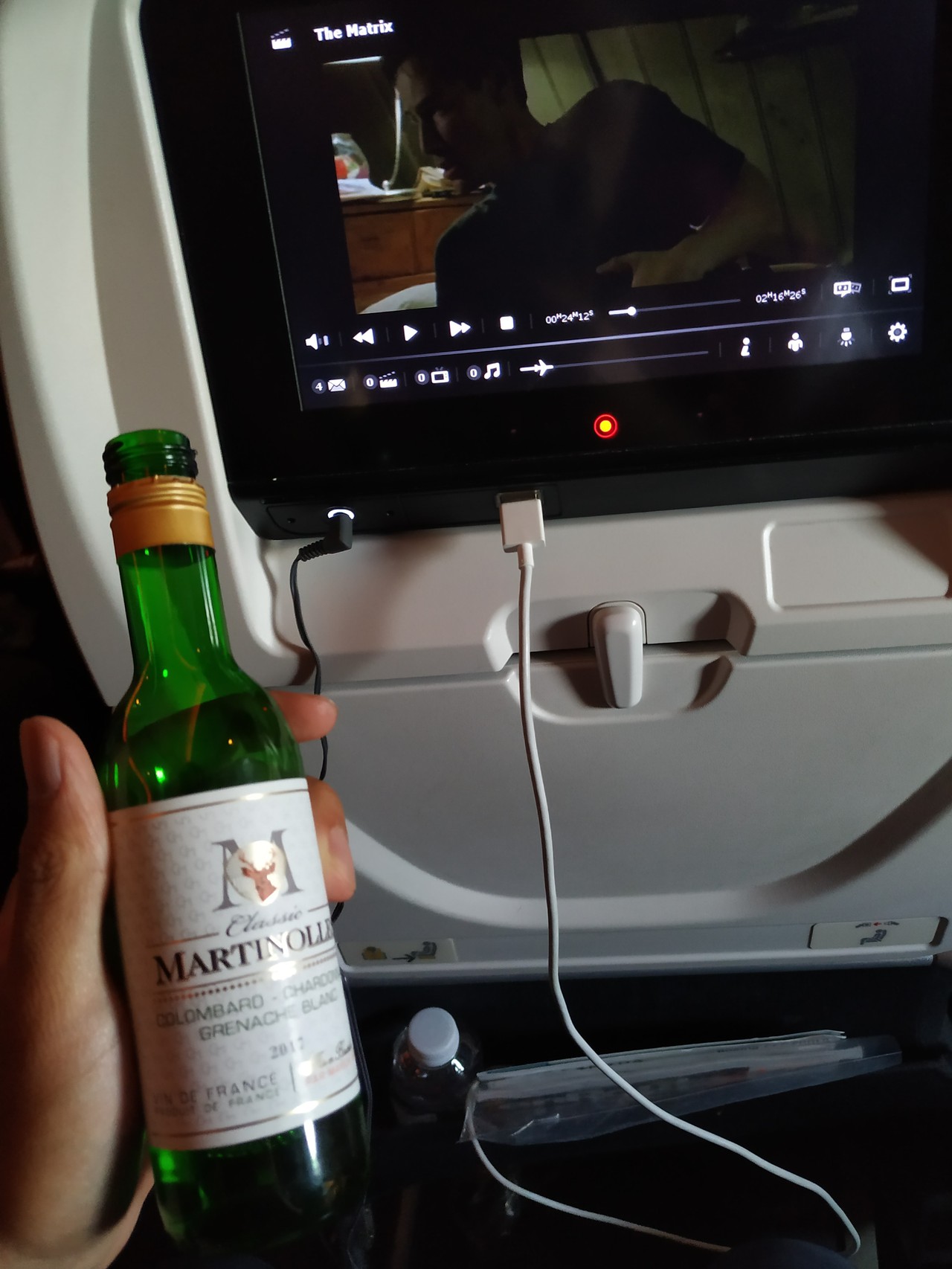 I asked for a white wine before taking a nap, where the beverages are free of charge for the whole flight, and a mini snakes bar in the rear of the plane for passengers. There was a cup noodle service provided during the mid-flight, similar to the regular meal service, distributing them with the trolley, every passengers could have one, and only one.

btw, the cabin crews were nice and helpful, appreciate them. 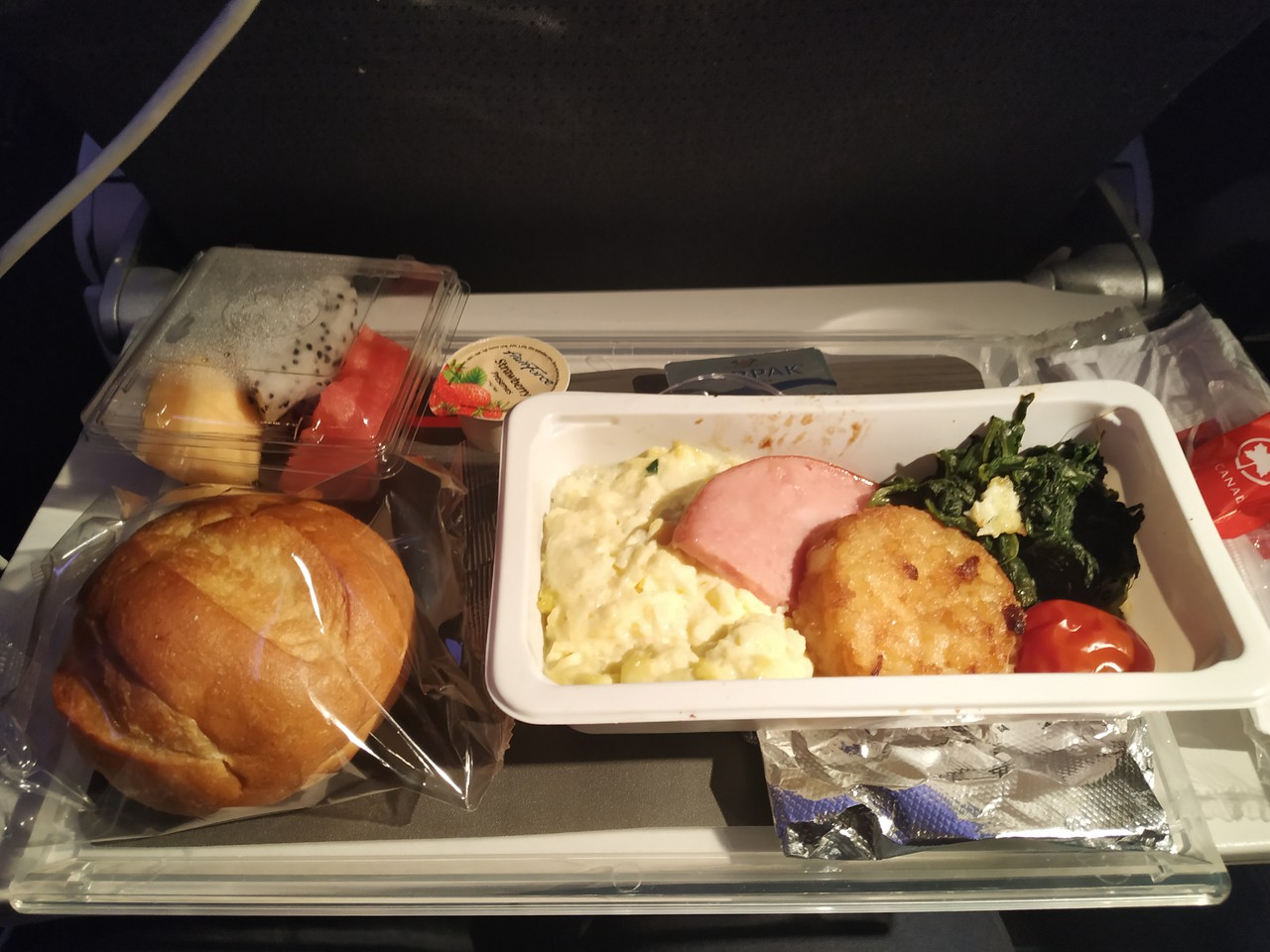 The breakfast service began on 2.5 hours before landing, the breakfast was ok, but the vegetables were terrific, as you can imagine from the picture above… while the fruit was still freshly tasted and the strawberry jam tasted good.

The IFE on-board was sensitive and up-to-date, most of the top movies were there, but most of the time I was trying to take some more rest, so I didn’t spend much time on movies. 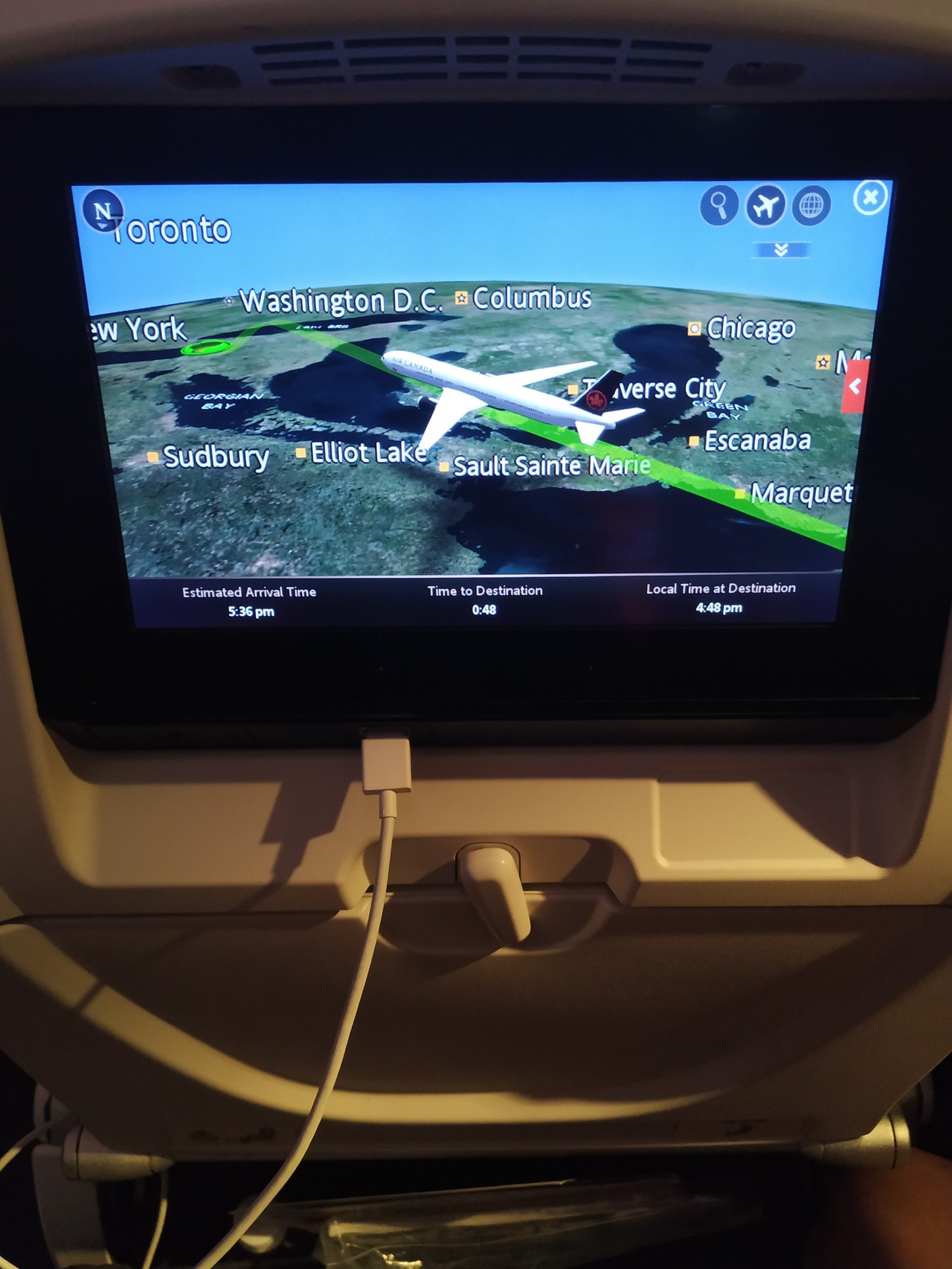 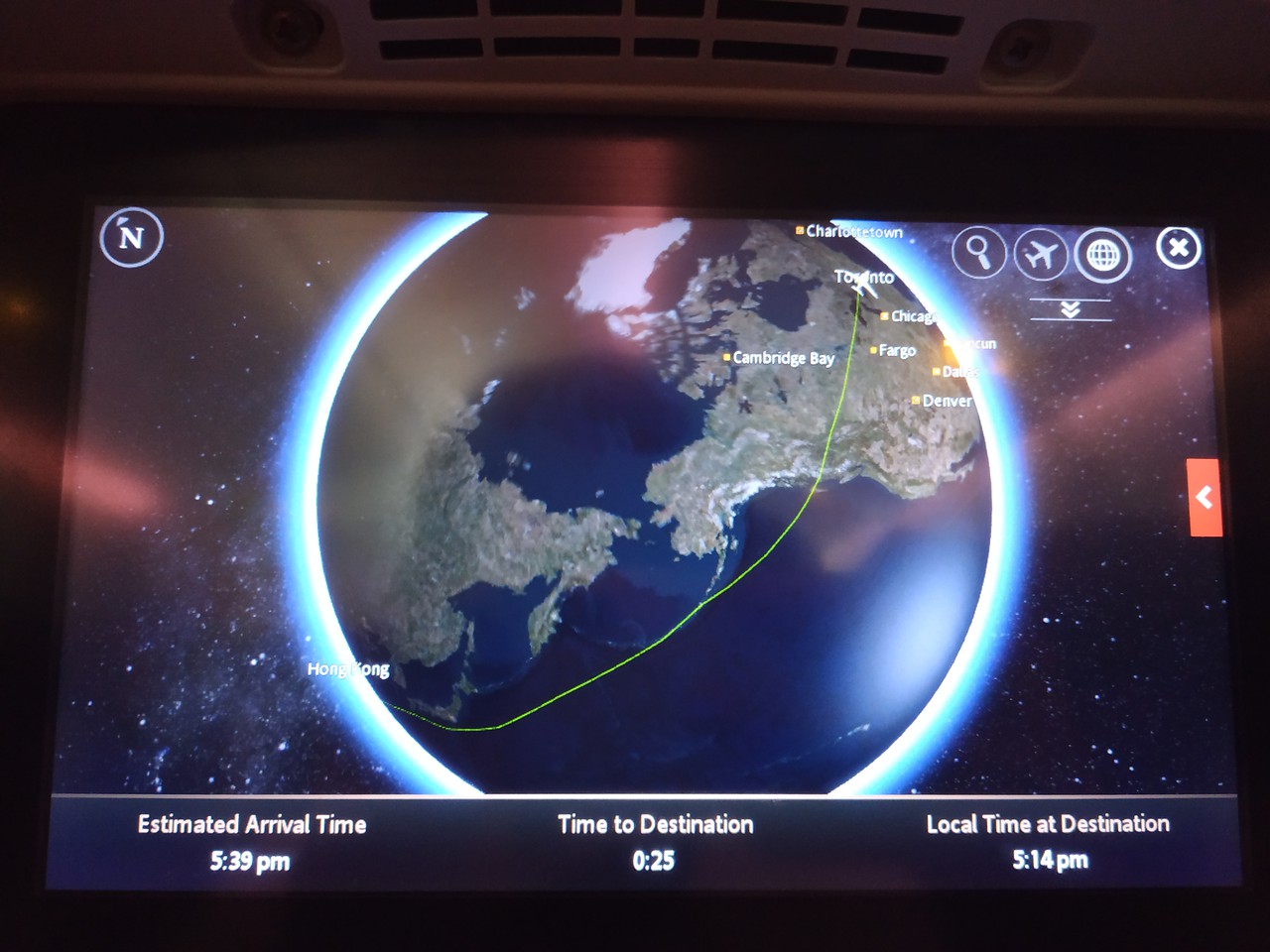 My flight had crossed half of the Earth 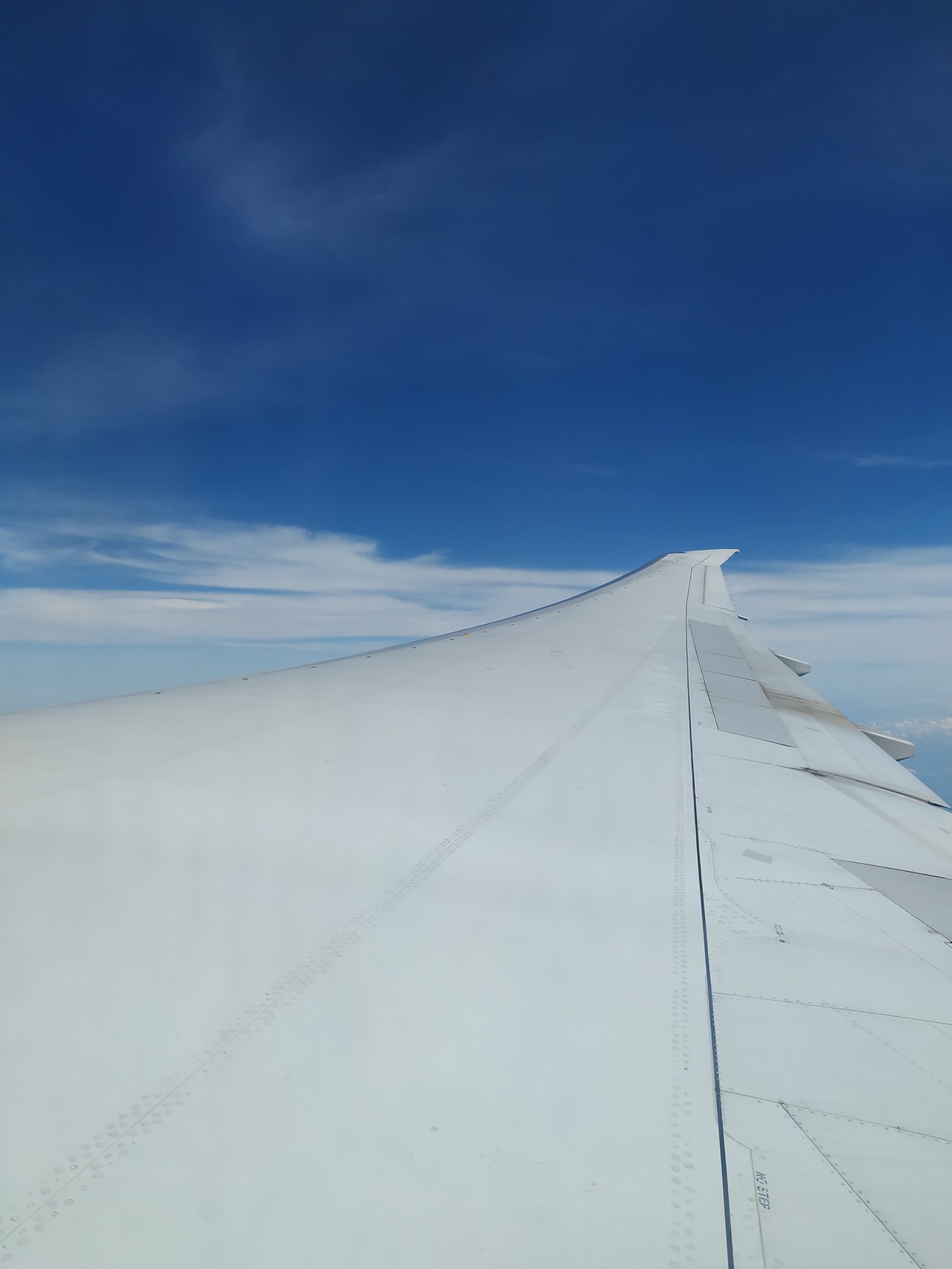 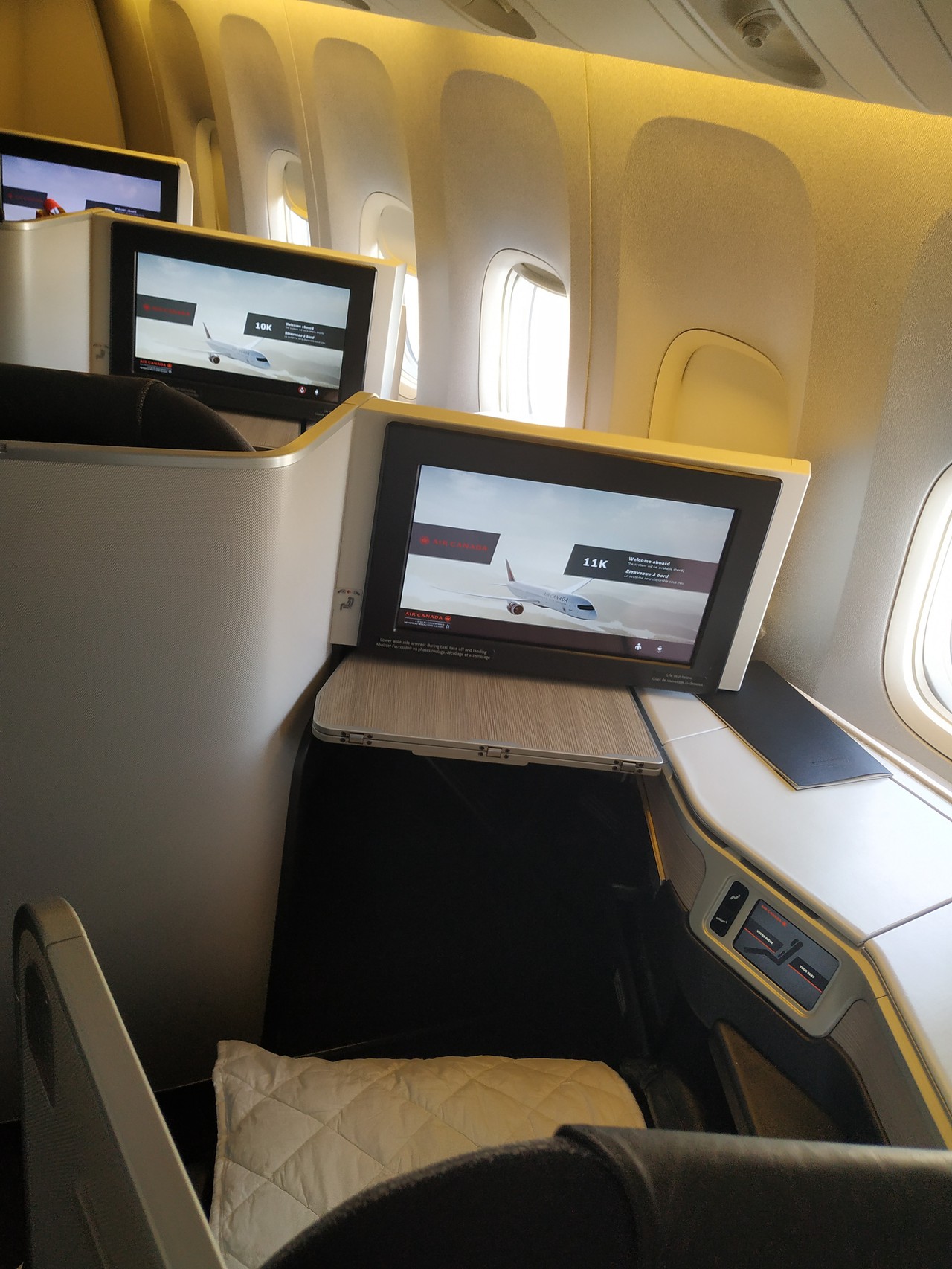 The 15-hours flight was generally ok for me, though I couldn’t take a deep sleep on-board, as usual for a long-haul flight, but the seat was quite comfortable. Although the 3-4-3 configuration of the Air Canada's 777-200LR was a bit too packed for such a long flight, with the full-loading of passengers, still I could have an enough legroom as I got an aisle seat selection. The food was really average, but the service was nice with friendly and helpful flight attendants, I appreciate their efforts.