Check-in is very quick, which provides me ample time to go to the lounge, which is huge and carefully decorated. The few steps which cut the area in two is a plus, from the aesthetics point of view (I think I saw a wheelchair ramp). The view is excellent, but not the weather. There is an ample supply of tasty looking food, but I had a good breakfast in the hotel, and I did not try it. 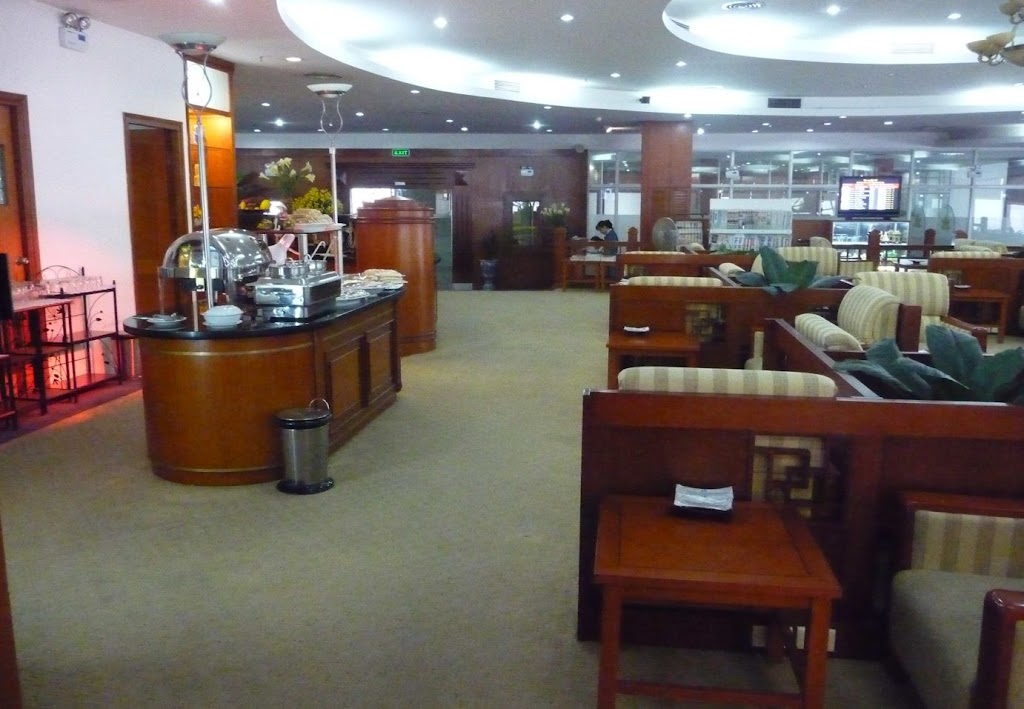 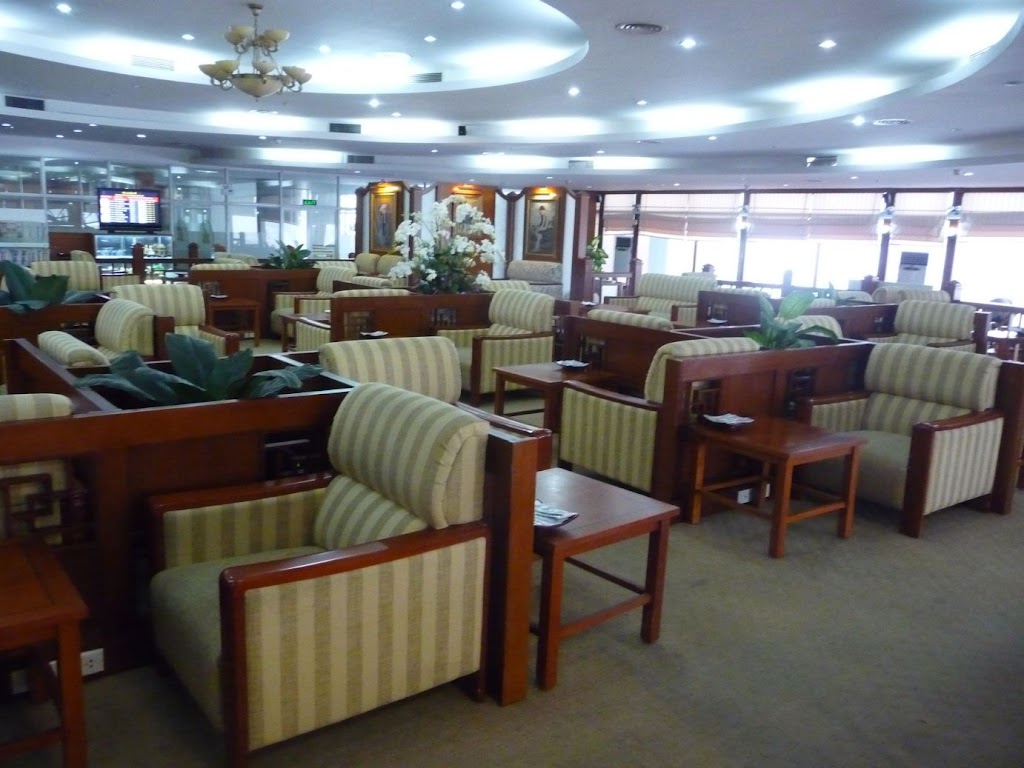 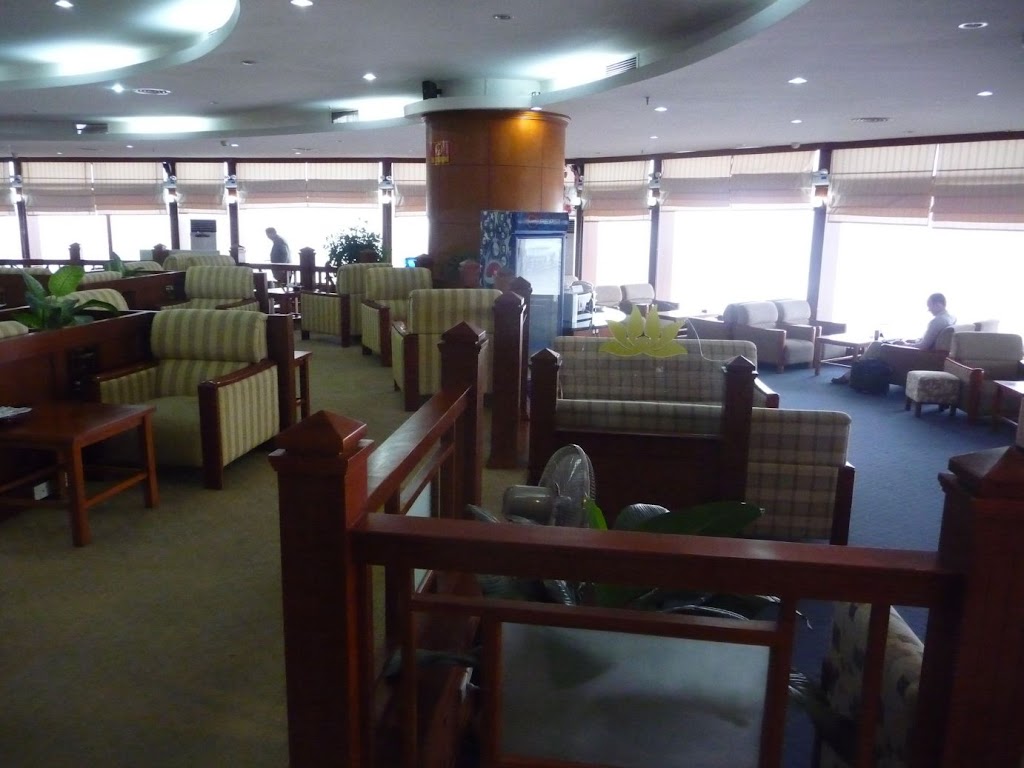 A Korean Air 747 freighter with its jaw open, then closed (a VN plane arrived in the mean time)

An A321 like the one that I am going to board 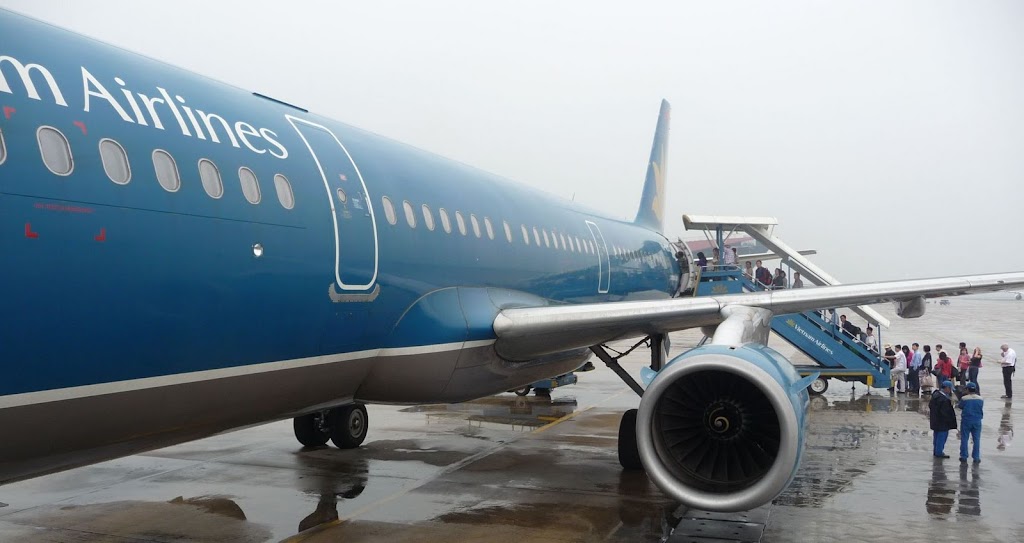 The flight attendants are prettier than on the way in, and are thinner. One of them as oversized fake eyelashes… OK, is she likes that. I find the apron worn for serving the meals more beautiful than the uniform that it covers. They do not take my jacket, unlike on the way in, but this is no issue, since the seat next to me is free. No English language newspaper and the IFE remains dark during the whole flight.

A notable effort of the captain who delivers his announcements in commendable English and hesitant Mandarin, which is shortened version of the original.

Due to the late availability of the aircraft due to a wheel change (sic), the plane takes off 55 minutes late, vs. 25 minutes announced in the airport

From the vicinity of Wuhan onward, an hour of strong turbulences, way beyond anything I had experienced so far in Chinese airspace. Flight attendants at your seat with seat belt fastened, orders the captain, and this is no over-precaution is such conditions. Maybe the captain privileged a direct route to the detriment of comfort to recover some time on the schedule.

This is the menu: 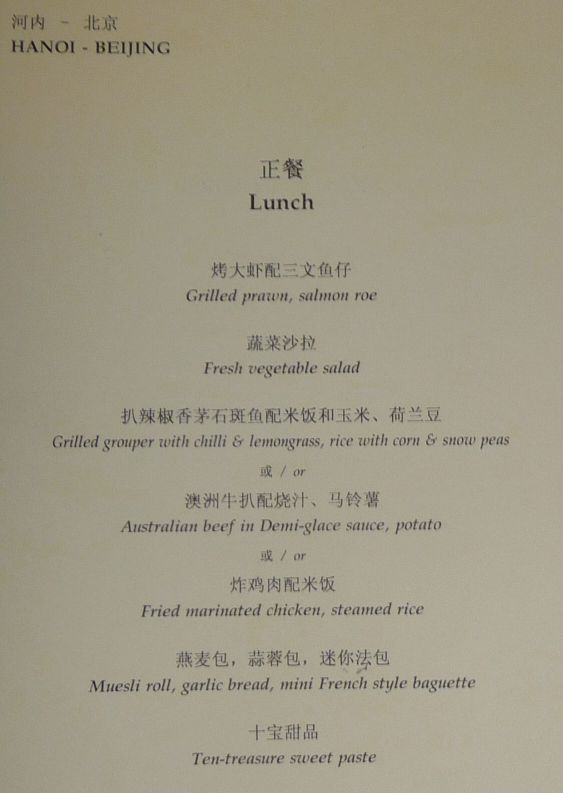 There is more food than on the way in, because the hot meal is served after the appetizer, as quickly as on the way in. The whole meal is also much better. This time, the bread is hot and soft. I forgot to take a picture before eating one of the shrimps! 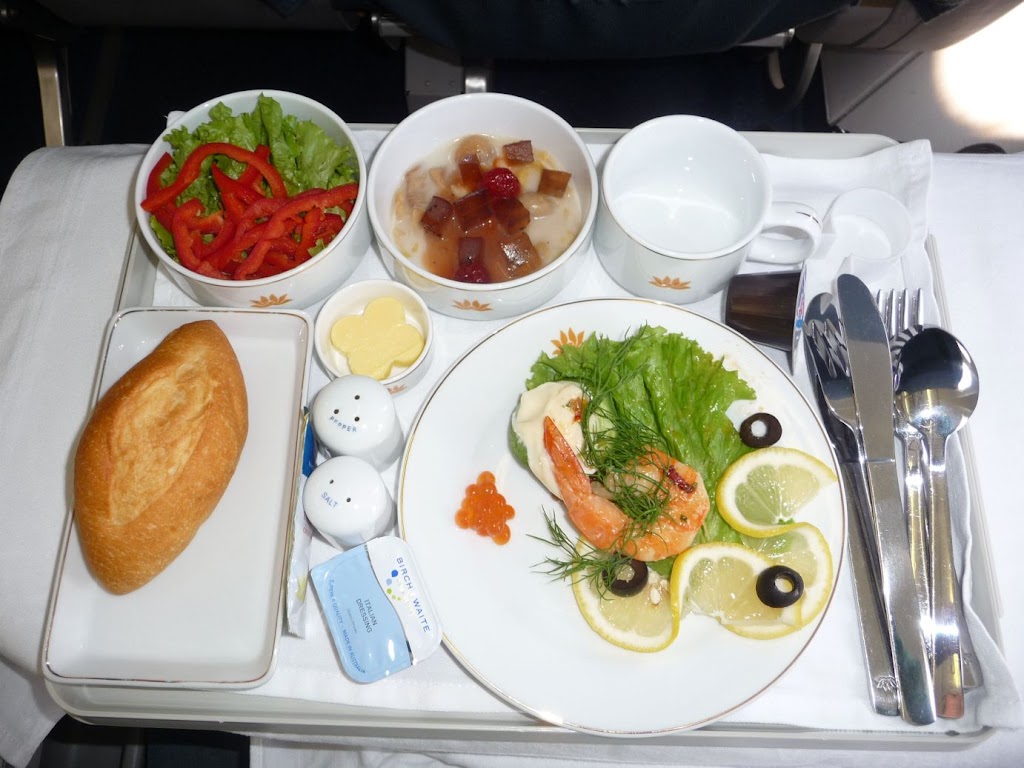 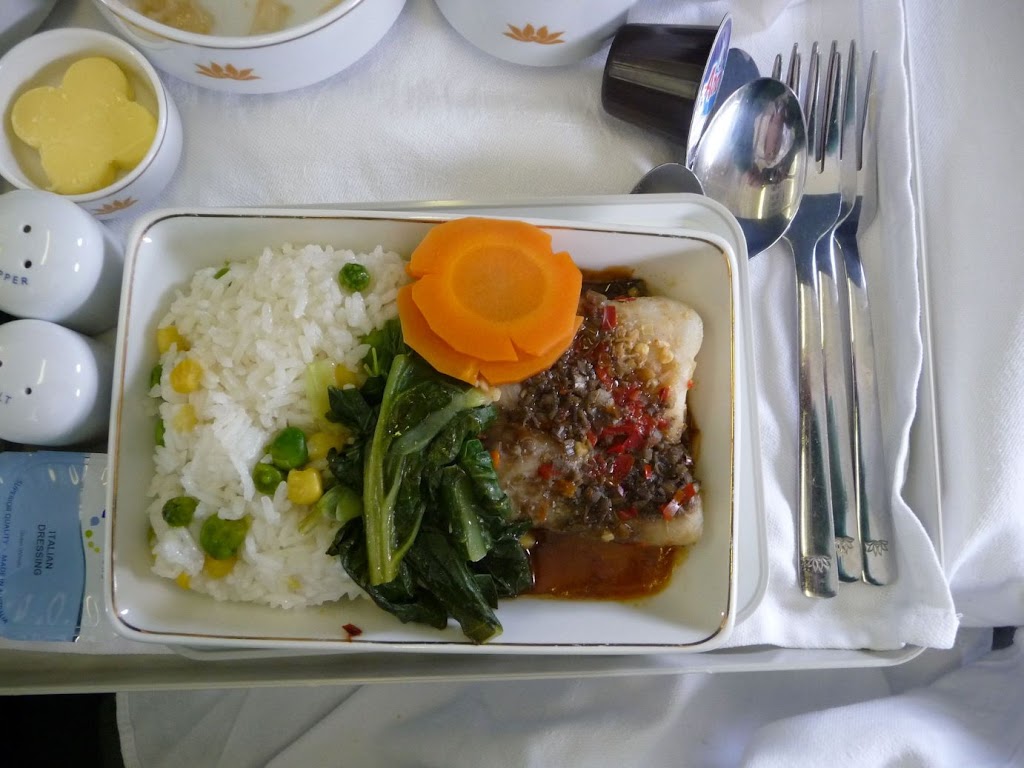 Touchdown 30 minutes late, which means that the plane recovered 25 minutes. Arrival pier-side ten minutes later, a corridor that I know well and going through Chinese immigration is extremely fast.

Much better food (both in the lounge and in the air) than on the way in from Beijing. The overall grade is lowered by the late arrival, but VN nevertheless provided an excellent flight.