By marathon GOLD 10135
Published on 1st September 2013
This report was originally posted in my native French. This is one is the second segment in a two week vacation in Mainland China in November, 2011.

Arrival by taxi at Shanghai Honqiao's Terminal 2 at 6:06 am. It is SHA's main terminal, beyond which a brand new and gigantic new high speed rail station has been built. 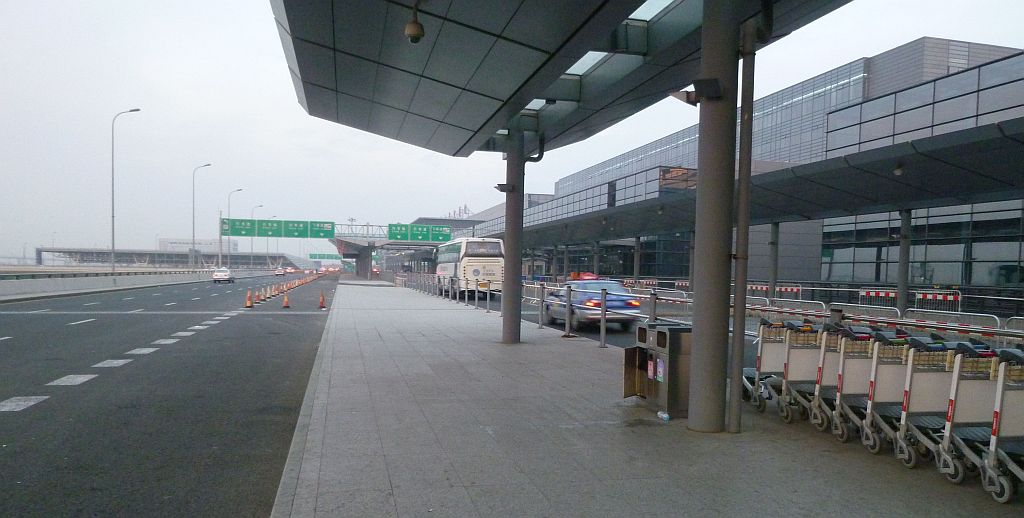 It is much earlier than needed, because check-in of domestic flight closes usually at T-30'. Except when the Chinese authorities are edgy, like when I bought that ticket online in September.

Why this security reinforcement of? The reason is never provided, but the reason was transparent to whoever is used to China: the National Holiday (October 1st) was coming up and the Chinese police is always nervous at the approach of anniversary days. Apparently, the Communist takeover does not gather unanimous support here. In early October, that warning had vanished from the screens.

My margin was much more than you would imagine, because I was booked on flight FM9253, departing at 8:10. But at check-in, in a mixture of Mandarin and English, the employee told me something like delay 7:15, or maybe 7:50. The first hypothesis was the correct one : was it a consequence of my FB Elite status (Shanghai Airlines and China Eastern had joined Skyteam), or plain aircraft filling optimization? I was not going to protest against a delay of minus 55 minutes.

Of course, my comfortable margin had instantly vanished, and by the time I reached without hurry gate 52, boarding was starting. I nevertheless had the time to take the picture of these A320s next to gate 52.

Better flight, better trip? it is a reference to Shanghai's 2010 World Expo motto, whose colors the MU plane in the background still displays.

I was not going to board any of these aircraft, but one parked away from the terminal.

This is it, distorted by the panoramic fusion of two pictures. 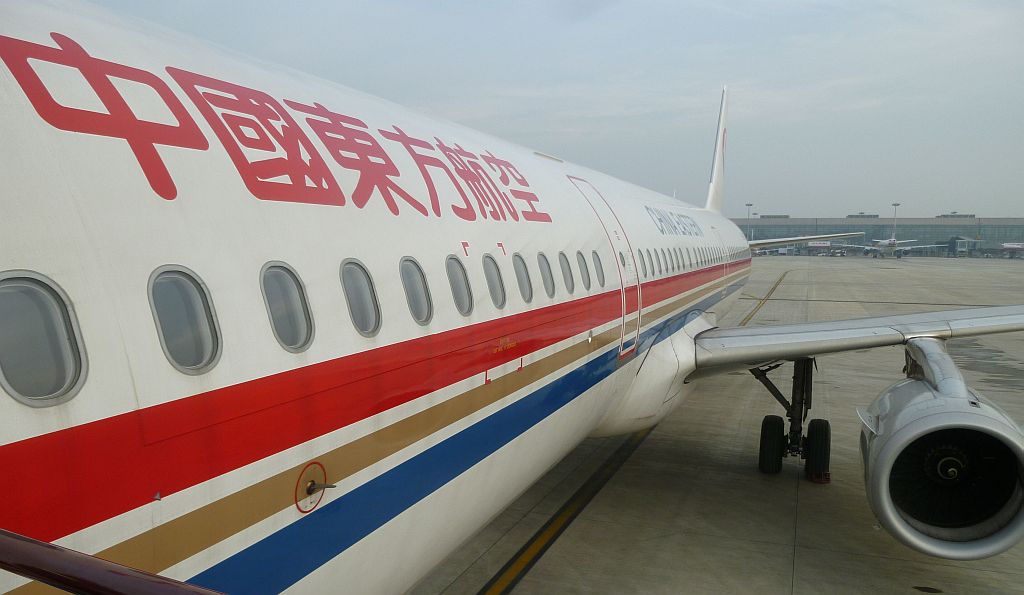 This A321 is not quite usual, because the layout has three rows of business class versus the usual two, with a gigantic seat pitch which would rather that of medium hal flights. There they are, taken when being last to leave the aircraft. 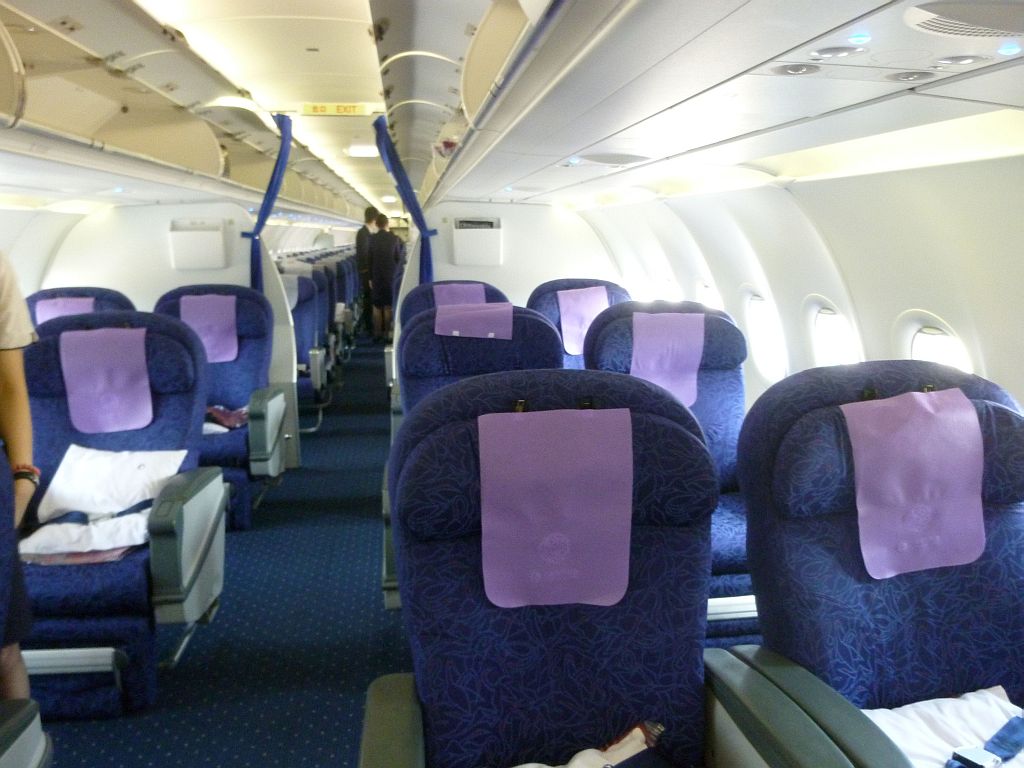 On the other hand, the seat pitch is less than usual in economy 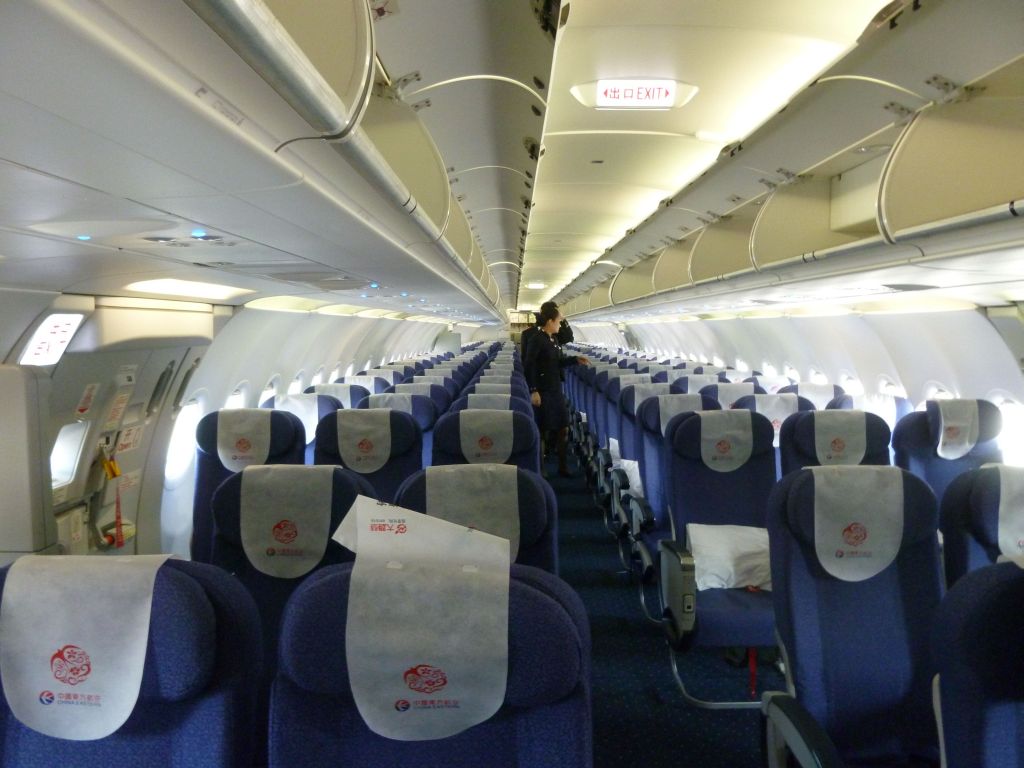 No problem for me, but a Chinese much taller than I had the knees in the seat in front of him. 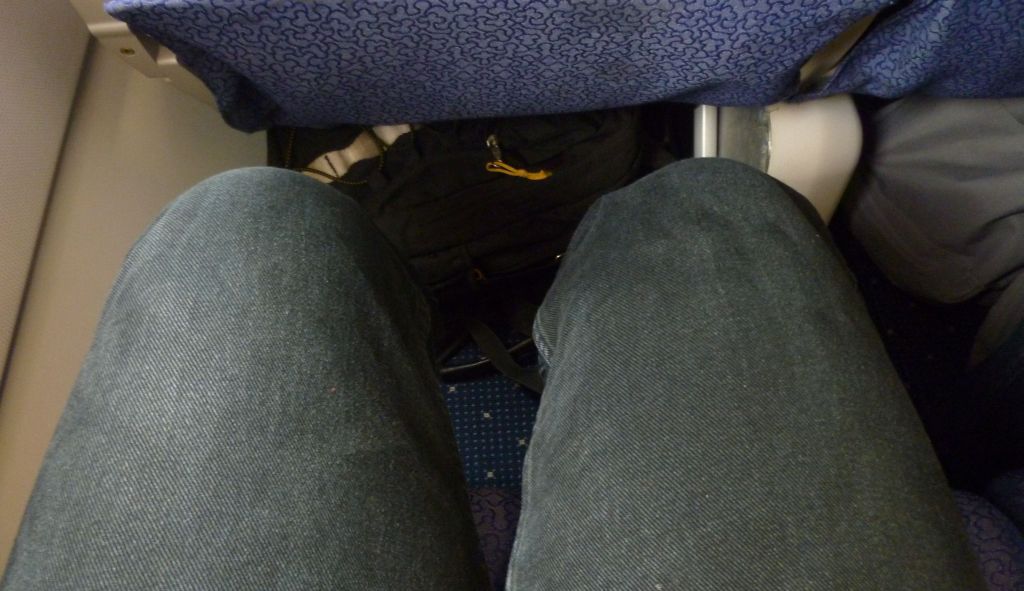 The plane si parked next to a Shanghai Airlines 757.

Note the half dozen red tails of Shanghai Airlines planes.

The left side is that of the sun's direction and I coud not take useful landscape pictures. Some interesting lighting effects once above the cloud layer. 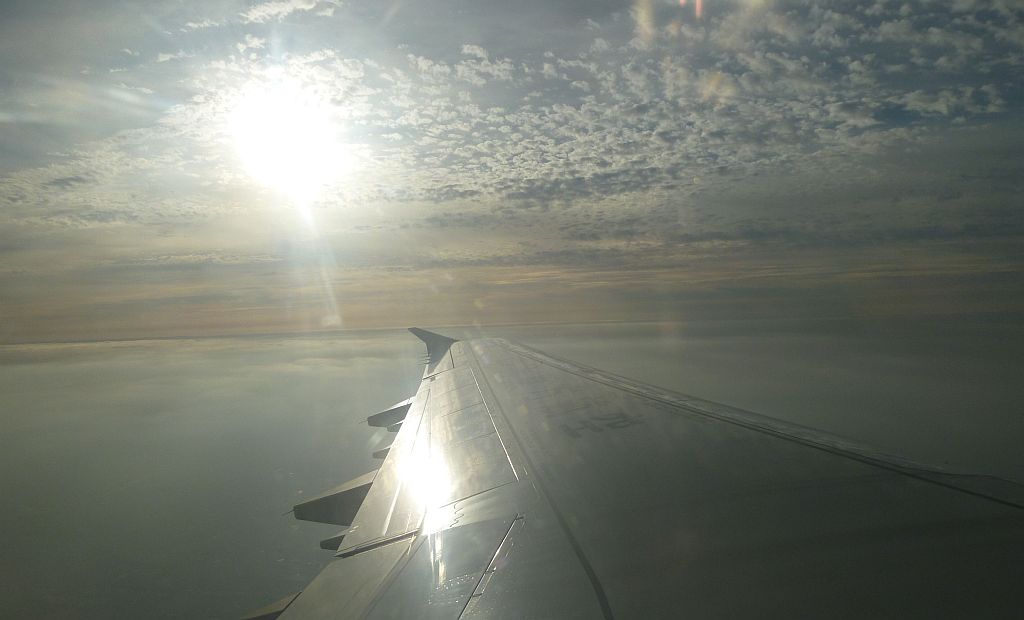 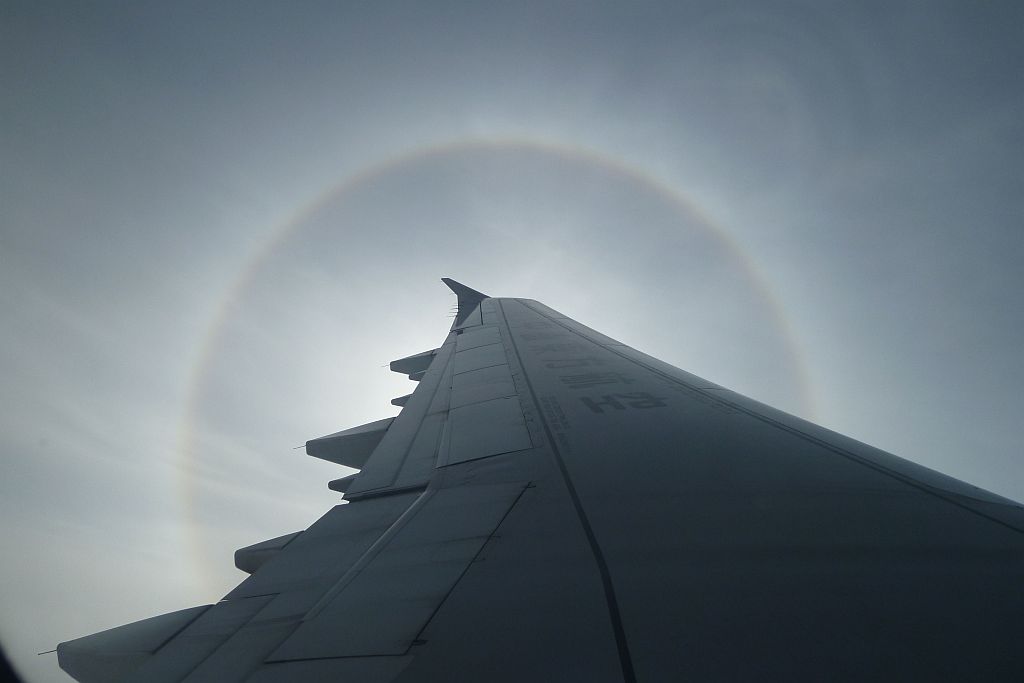 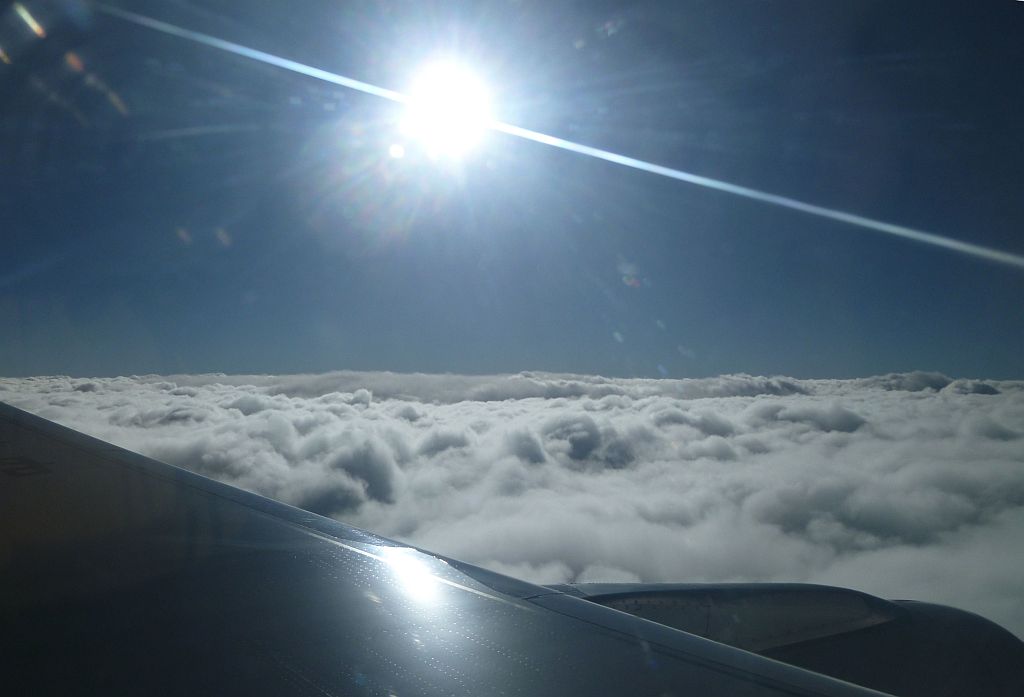 As far as the meal was concerned, it was quite disappointing on the domestic Chinese scale, which is way a bove the French domestic one, and cannot be seen from the US domestic one. The quantity is there, but it is quite stuffy and tasteless, and the water ration is not enough to help get this down the throat. 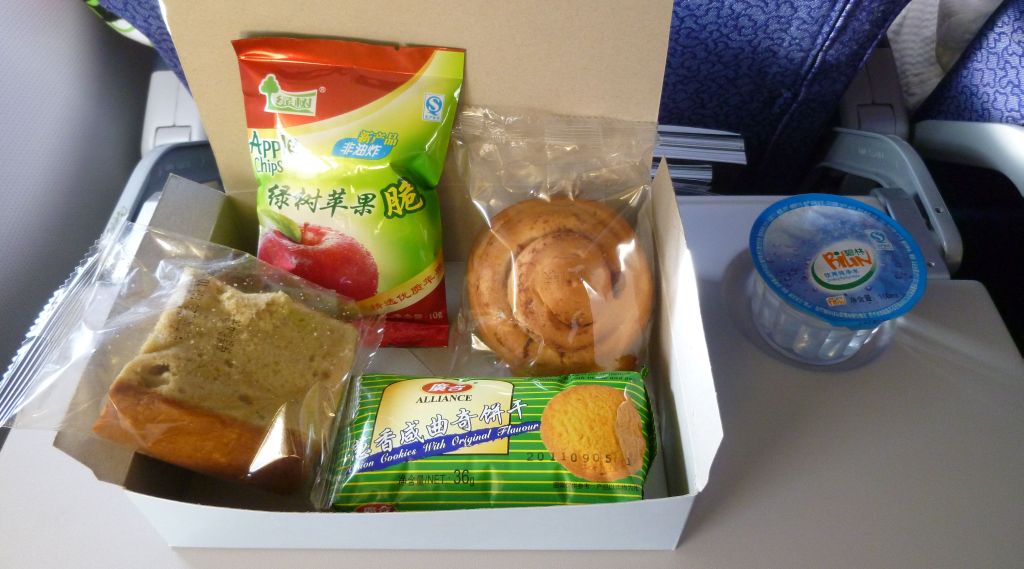 The coffee is a beverage which is as strange as that served on the previous FM802 flight. Small wonder, since FM isa subsidiary of MU. After this second tasting session, I decided that i twas probably a 0% coffee ersatz, quite remote from the original taste, but nevertheless interesting.

Descent on the island of Xiamen, bordered with industrial harbors.

Nobody will be surprised to see many Xiamen Airlines planes in Xiamen (XMN).

But there is also this rarity: an aircraft of Yangtze Express (a freight company in the Hainan Airlines group) 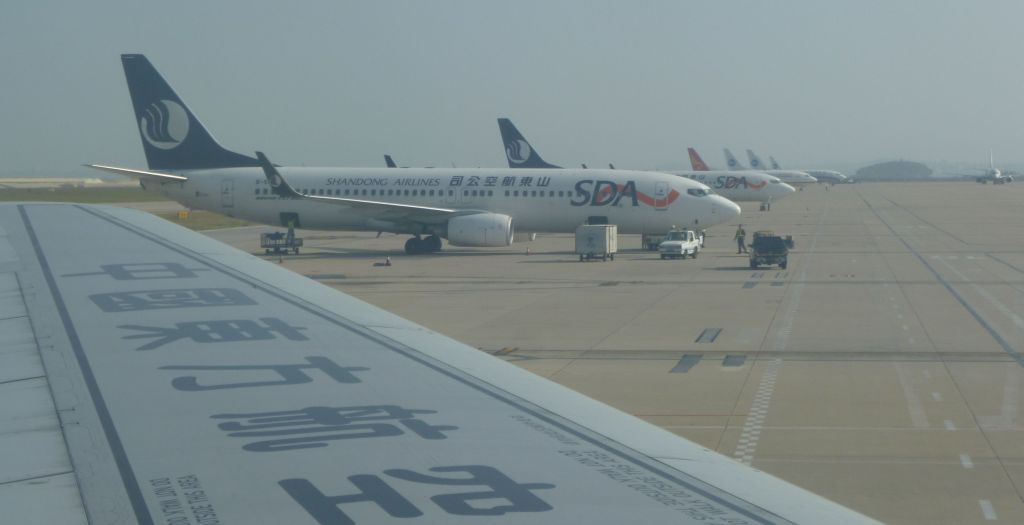 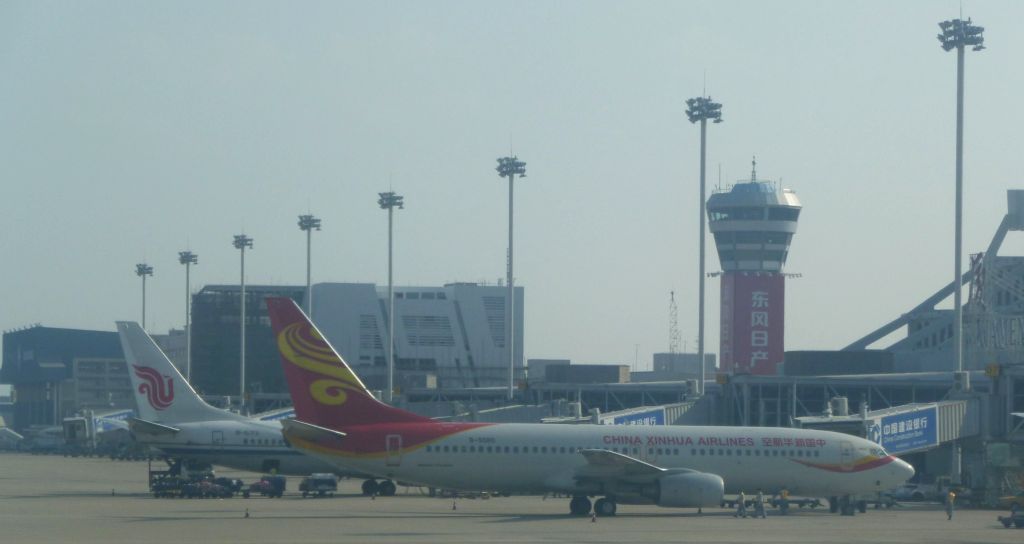 Lots of planes of Hainan airlines and its associated airlines, actually.

There is not much of a crowd in XMN, and the unusual absence of separation between departing and arriving passengers makes it easier to appreciate the wide architecture of the building. 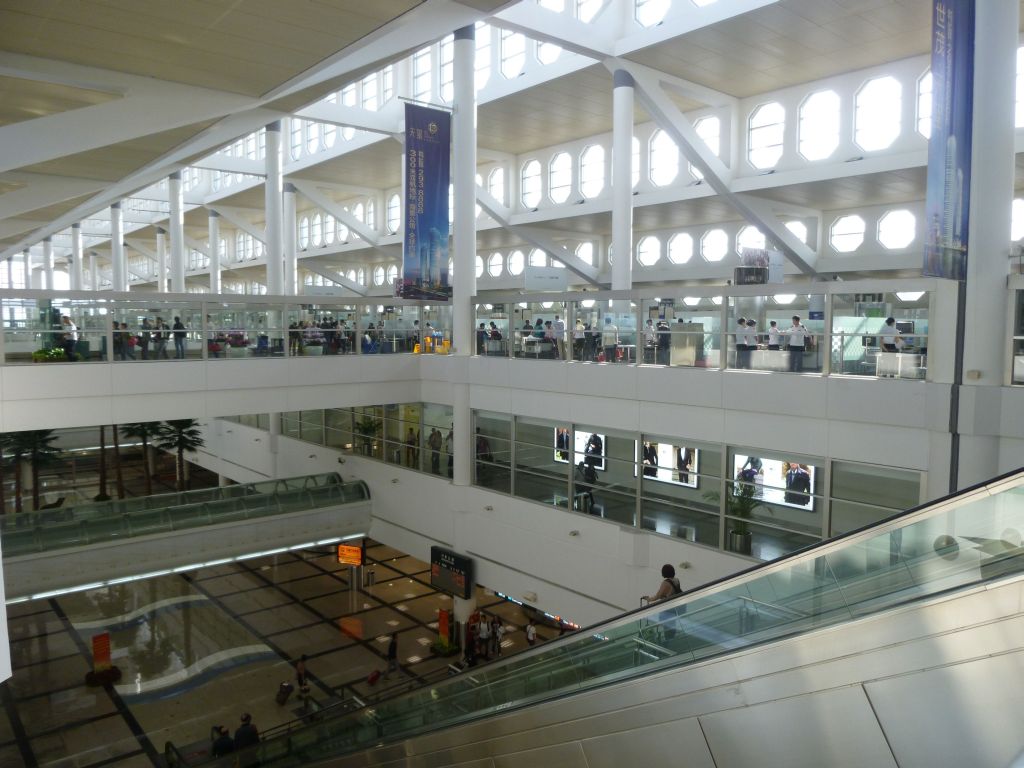 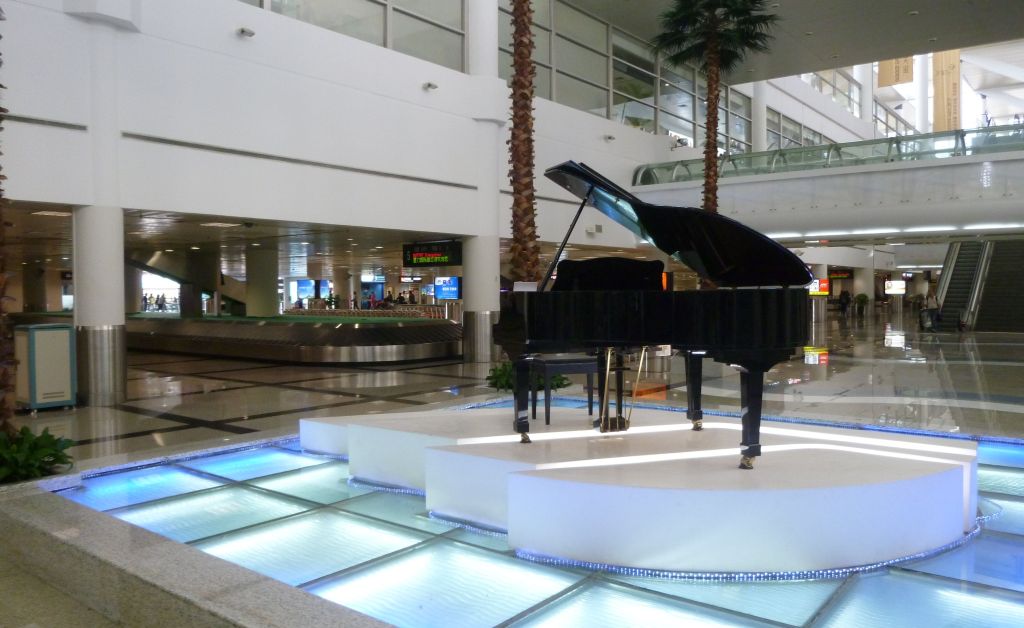 Punctuality: maximum grade of course, since I flew on the previous flight, which was on time. The reduced seat pitch was not a problem for me, and the plane was 75% full, which left the center seat empty next to me. On the other hand, the meal was disappointing.

The contributors of Flight-Report published 3 reviews of 1 airlines on the route Shanghai (SHA) → Xiamen (XMN).

The airline with the best average rating is China Eastern with 6.9/10.