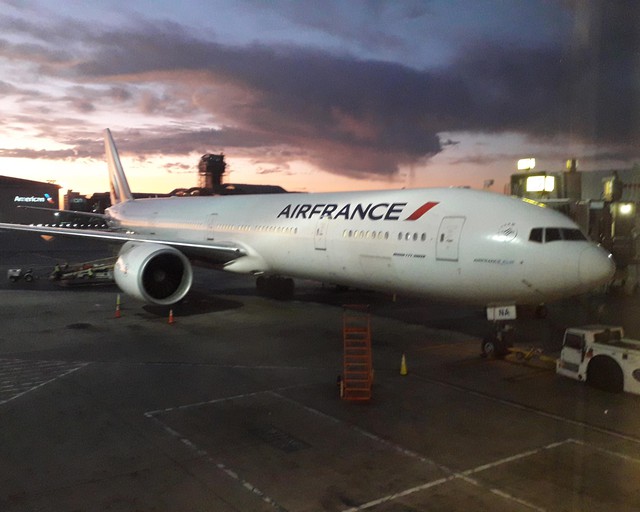 #20 out of 72 Airlines A minimum of 10 flight-reports within the past two years is required to appear in the rankings. 5176 reviews

After a great week in SoCal it was time to head home, even though we were staying near San Diego, flying out of LAX enabled a much later departure than the early afternoon ones ex SAN, and we took advantage of that to visit Los Angeles prior to going to the airport.
I was not impressed by the city of Los Angeles to say the least :-(

From the parking lot we had this beautiful view of the iconic LAX building. 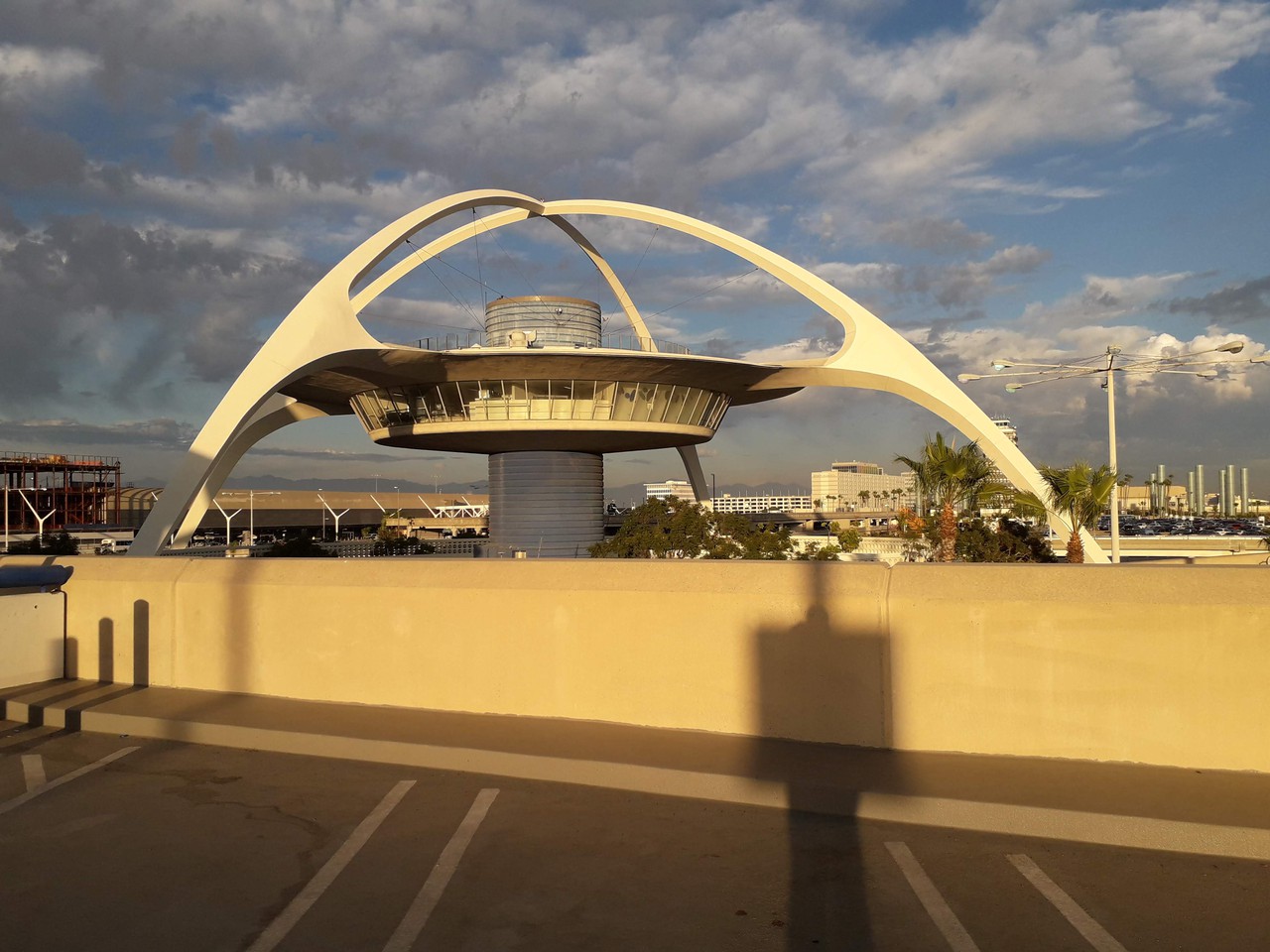 We got to the TBIT terminal by 5:30PM, 2 hours before departure, AF counters were already mostly empty, our crew checked in at the same time.
I asked about a paid upgrade but our flight was completely full, not a single empty seat.

After saying our good byes to our friends we quickly cleared security and entered the beautiful terminal.
Except in DTW and the E concourse in ATL, US airports are generally less than stellar, but TBIT is miles away.
We had about 30 minutes before boarding began and I went to explore and do some spotting.

I realize my night pictures are blurry for some reason, sorry about that.

LX 77W which would depart 45 minutes after us. 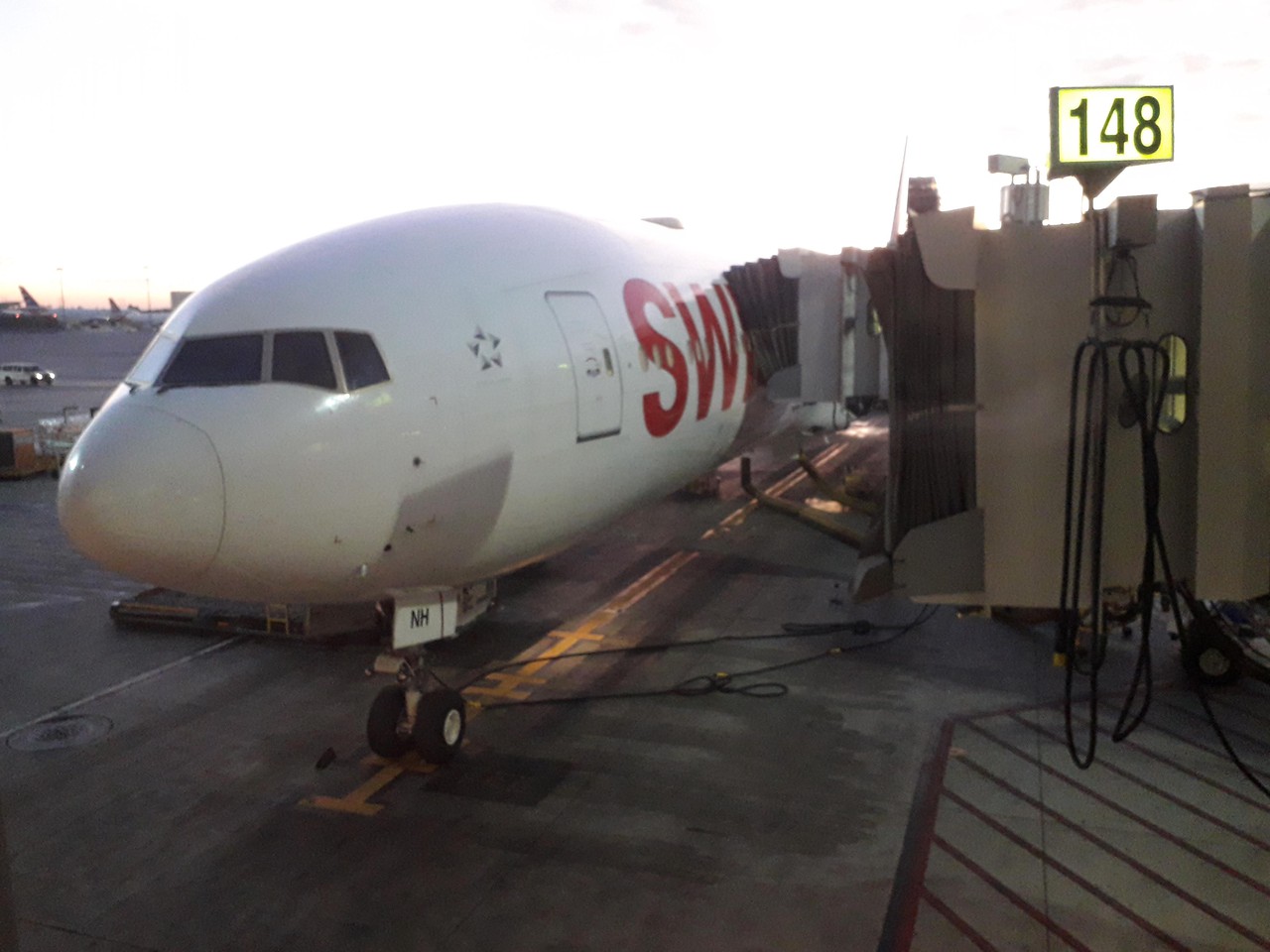 TN 789 ready for pushback to PPT 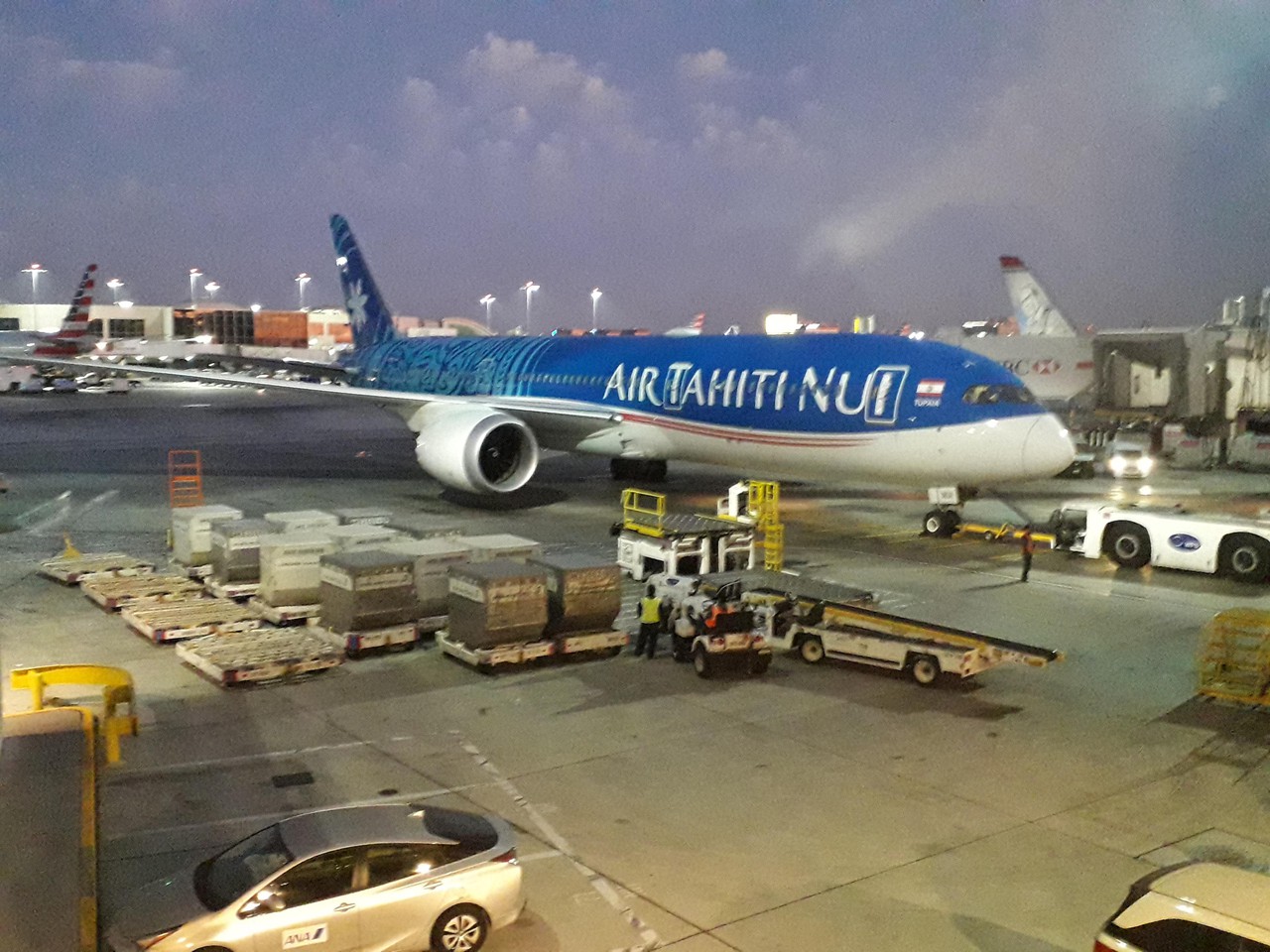 And finally our plane, a 77W registered F-GZNA 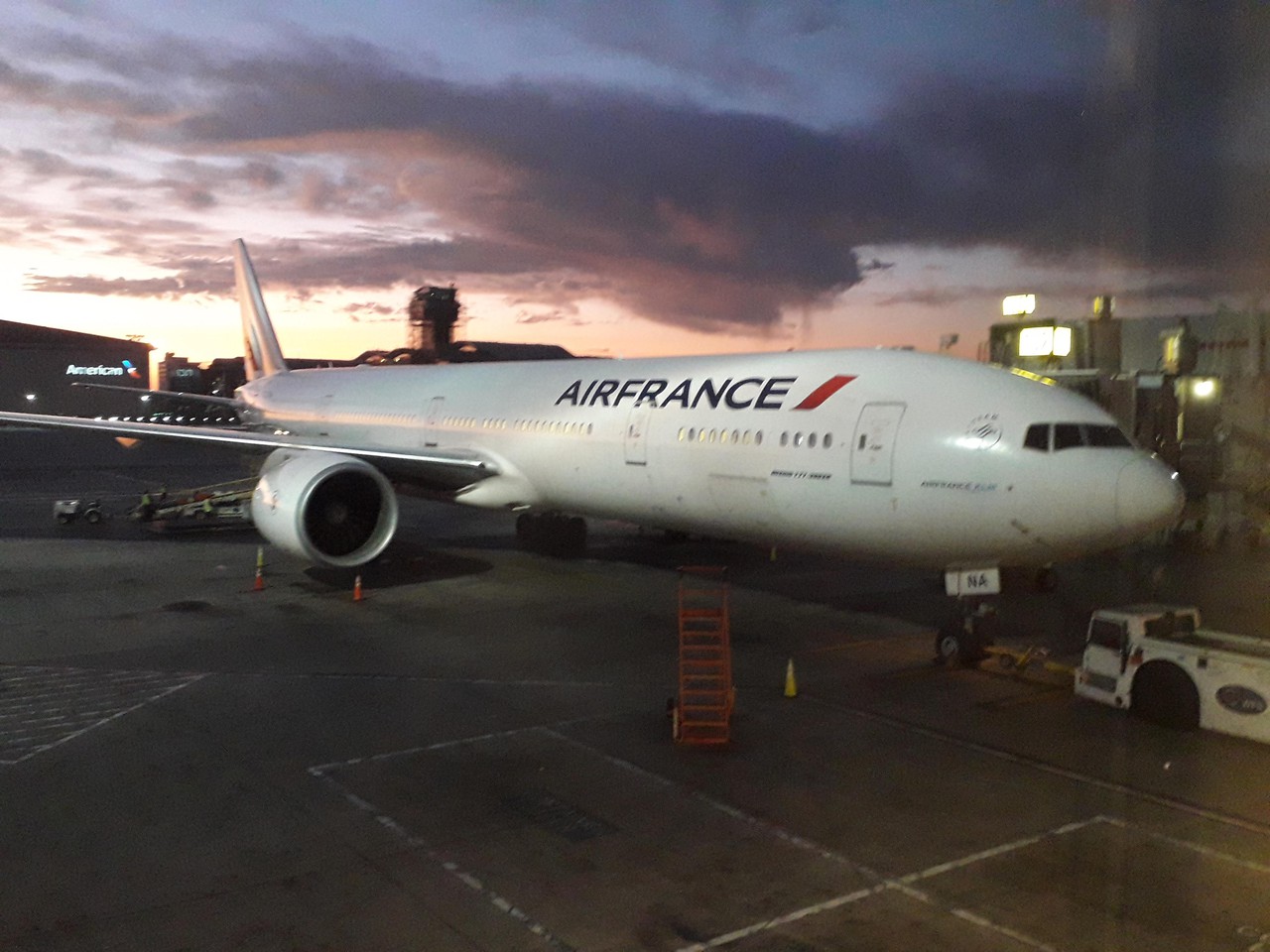 Boarding started on time and we used a new technology AF is implementing: face scan+boarding pass.

AF sends the very premium configuration of their 77W to LAX, Premium Economy is already above the wings .
I was in the fourth row of economy and this was my view. 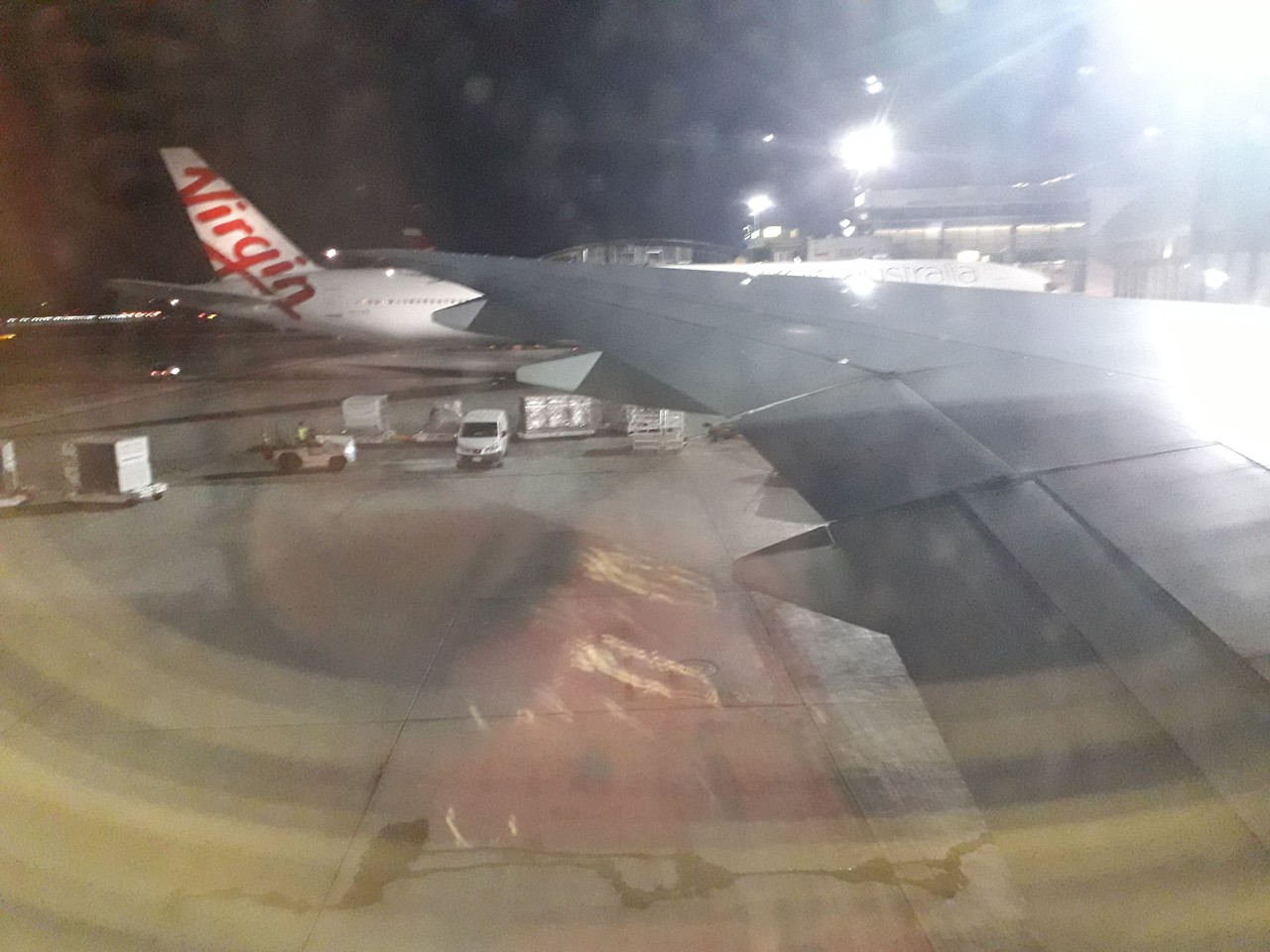 On each seat, one could find a blanket, headsets and an eyemask. I like that AF has different eyemask design, mine was the Japanese flower one.

Legroom was better on KLM than on AF I found. 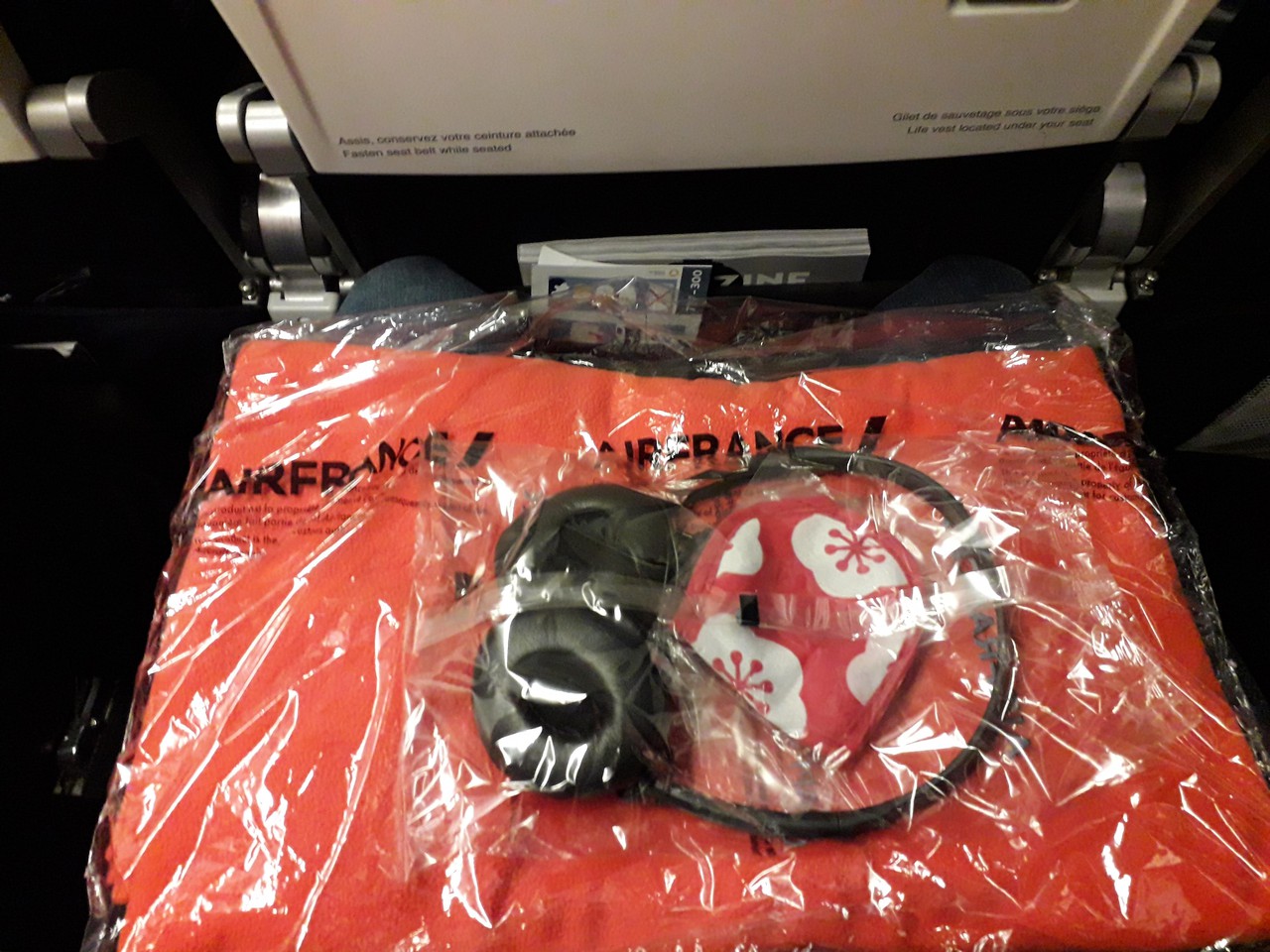 We pushed back on time and a flight time of only 9h45 minutes was announced, an early arrival was to be expected :-)

Passing the Alaska Airlines and AC terminal during taxi. 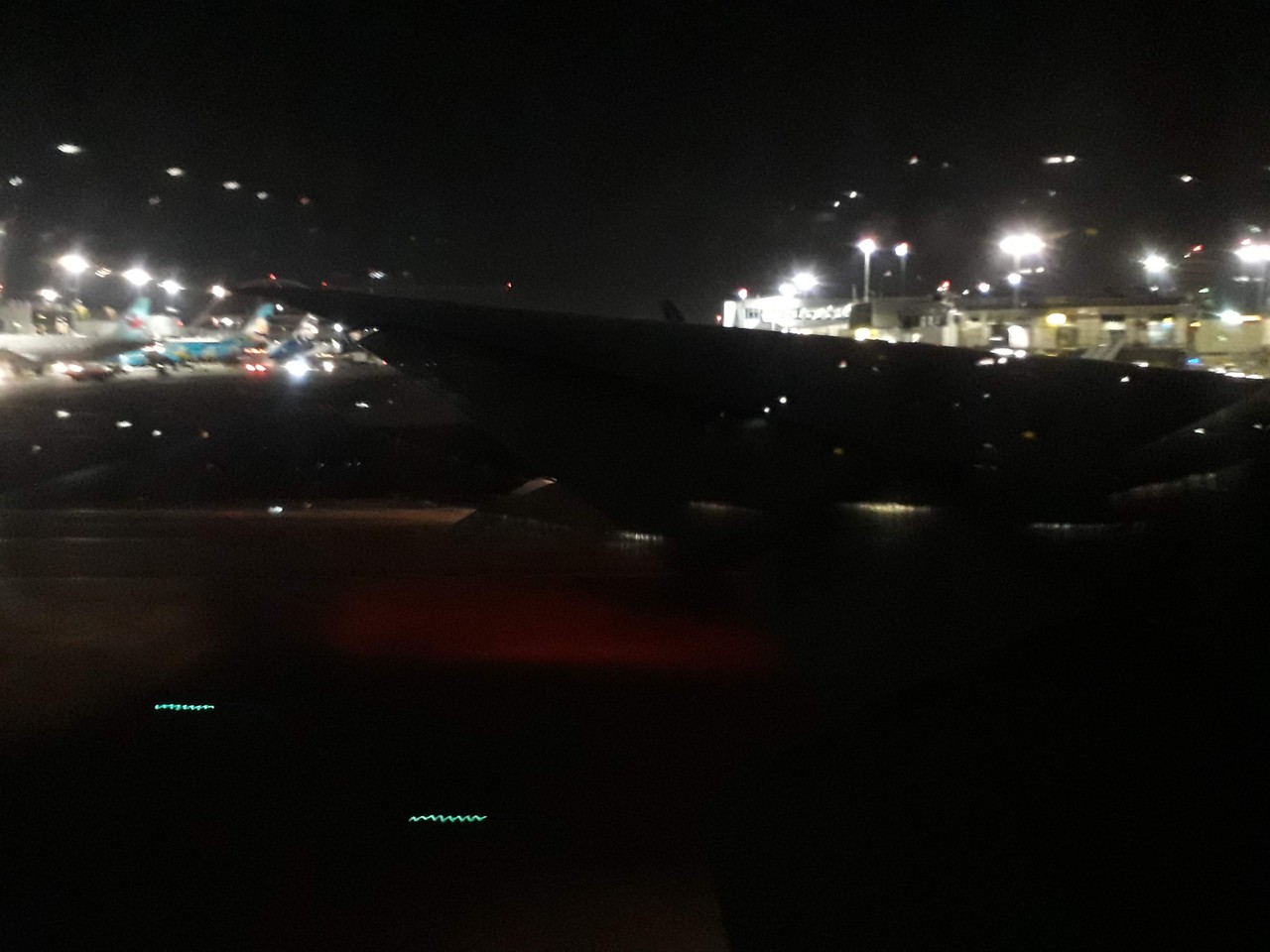 After a long take off roll and left turn over the Pacific, we set course towards Las Vegas.

Menus and towelette were handed. I've heard AF will discontinue the menu in Y class, but that remains to be seen. 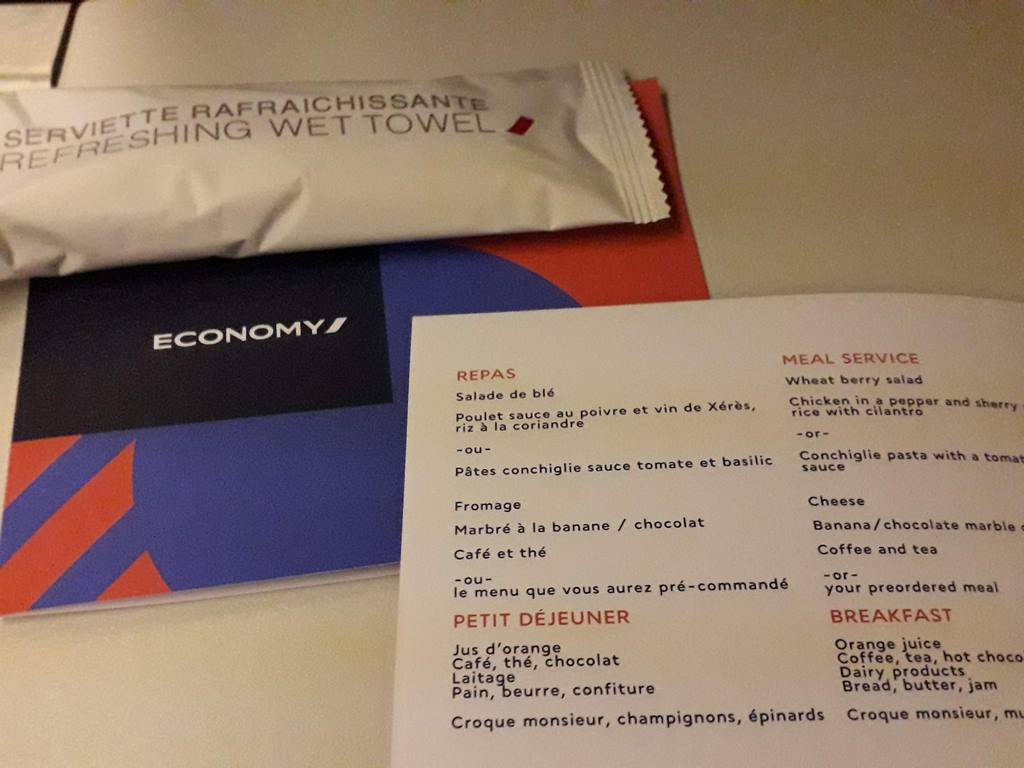 Then the apéritif service started, I had a Gin&Tonic and Ginger Ale 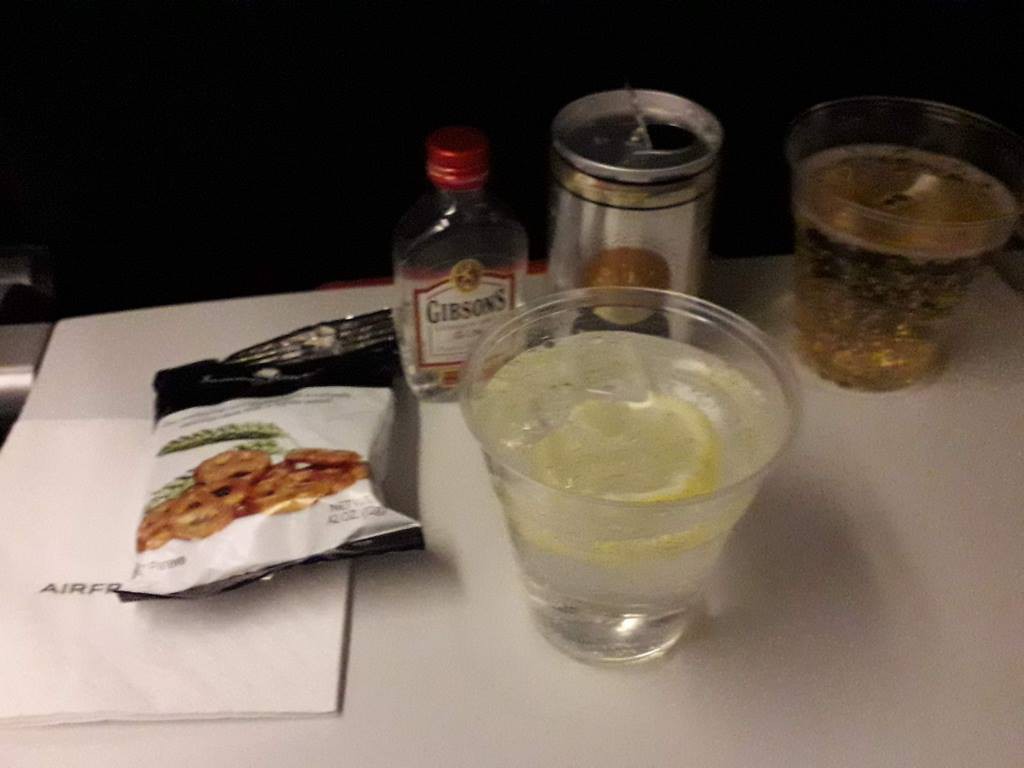 The airshow was the same as on KL, maps are very detailed and the aircraft is perfectly depicted. 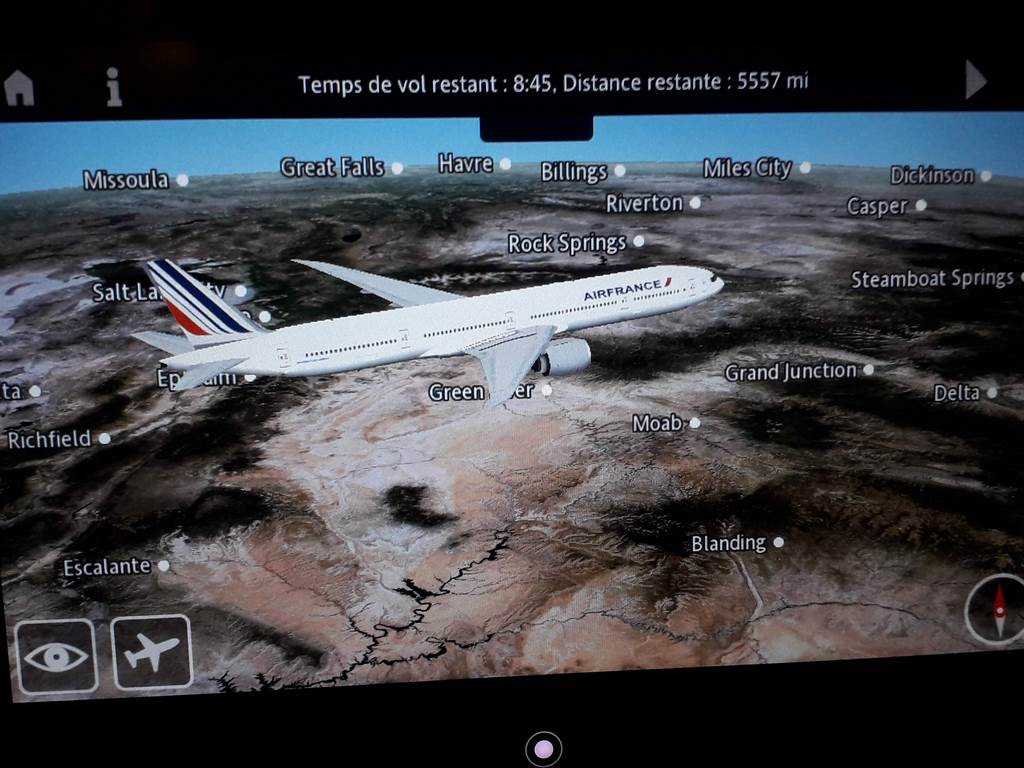 Dinner was served as we were about 1,5 hour into the flight, I had the chicken entree. I don't have any specific memories so I assume it was the usual AF quality: tasty for economy.

Crew was okay, they did their job efficiently and politely without being too warm. 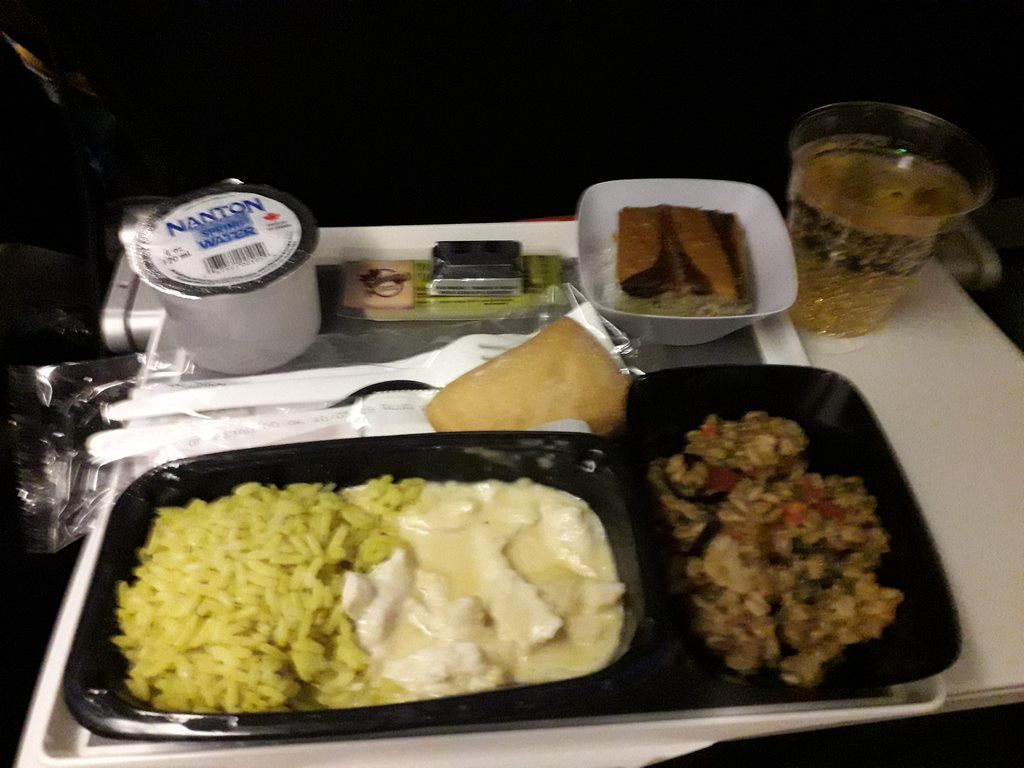 After dinner, hot beverages and liquor were offered, cognac or a smooth pear liquor which I highly recommand!! 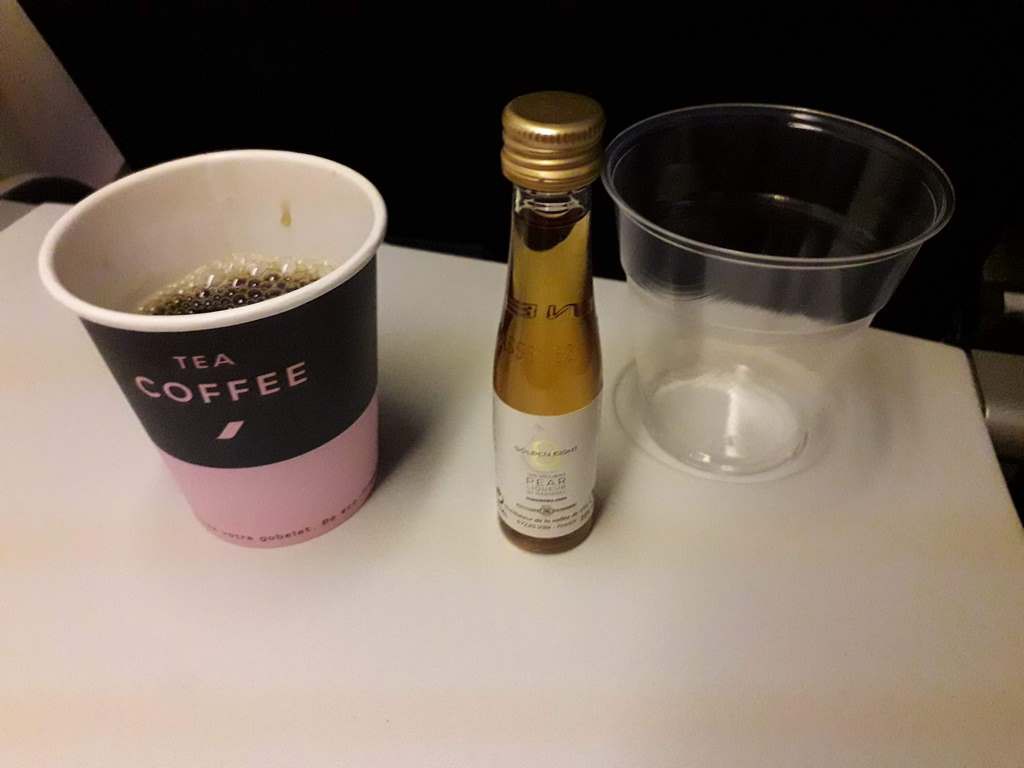 I then watched a movie but I don't remember which one, and tried to get some shut eye more than actual sleep.

6 hours into the flight, the sun rose, yet almost 4 more hours to go. I really don't like flights of more than 9 hours, at least in Y. 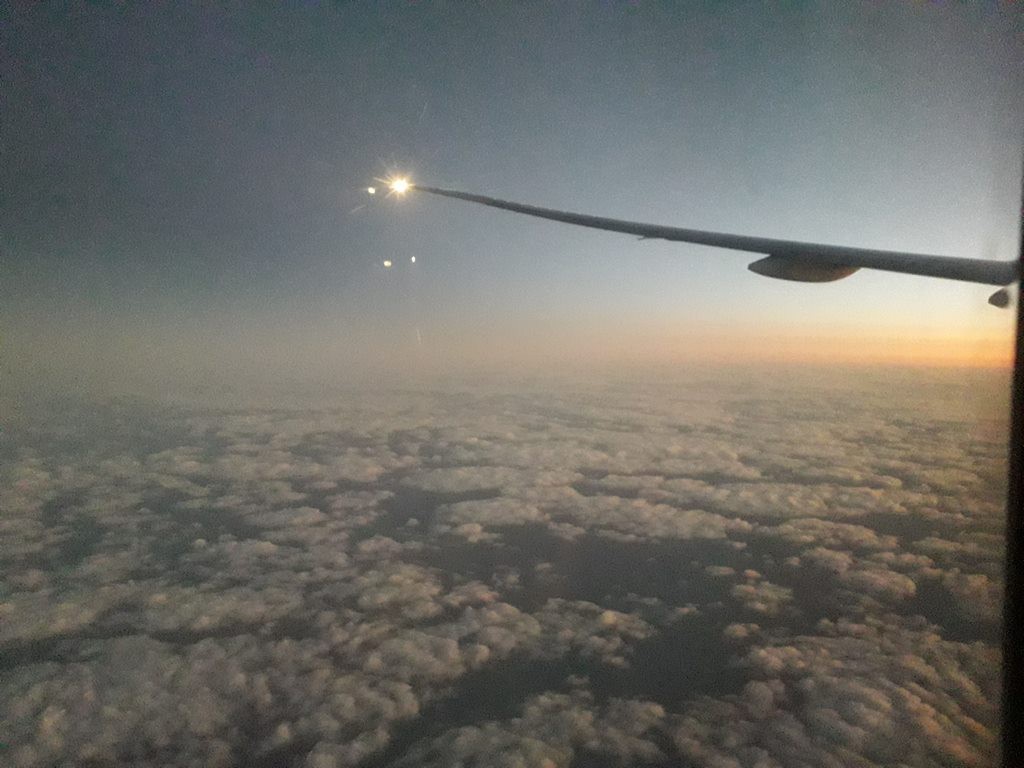 I went to the back galley to stretch my legs, beverages and snack were available. 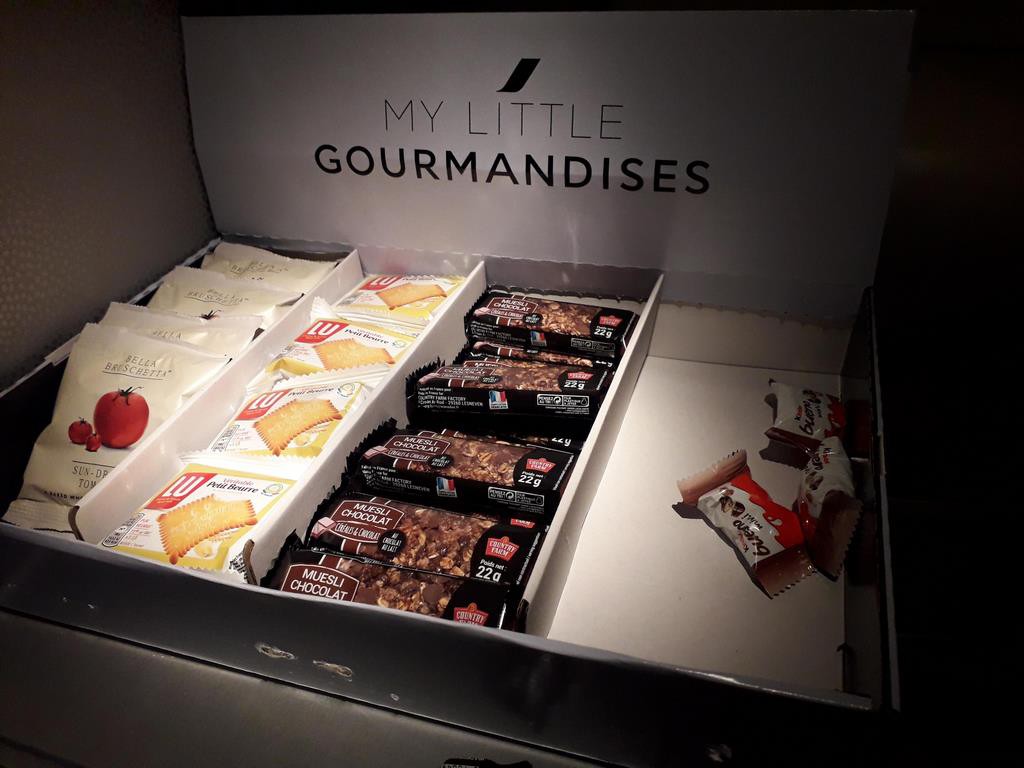 I then went back to my seat and somehow fell asleep.

The breakfast service woke me up as were flying over Ireland. 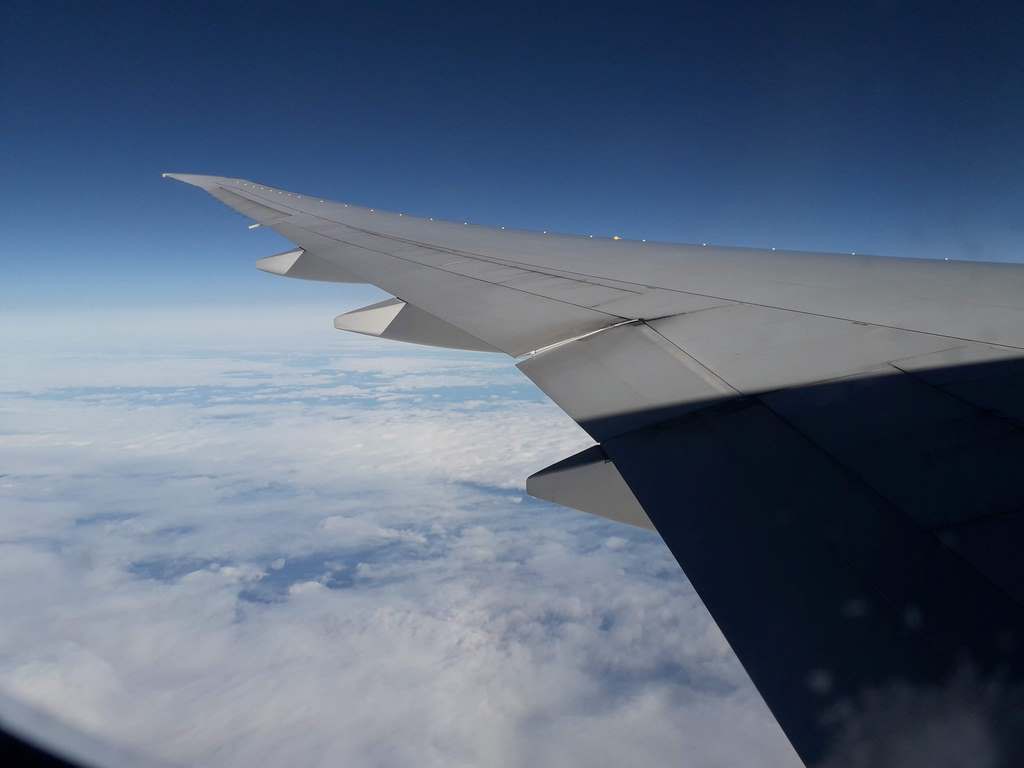 Breakfast was tasty, especially the hot entree of ham&cheese sandwich. 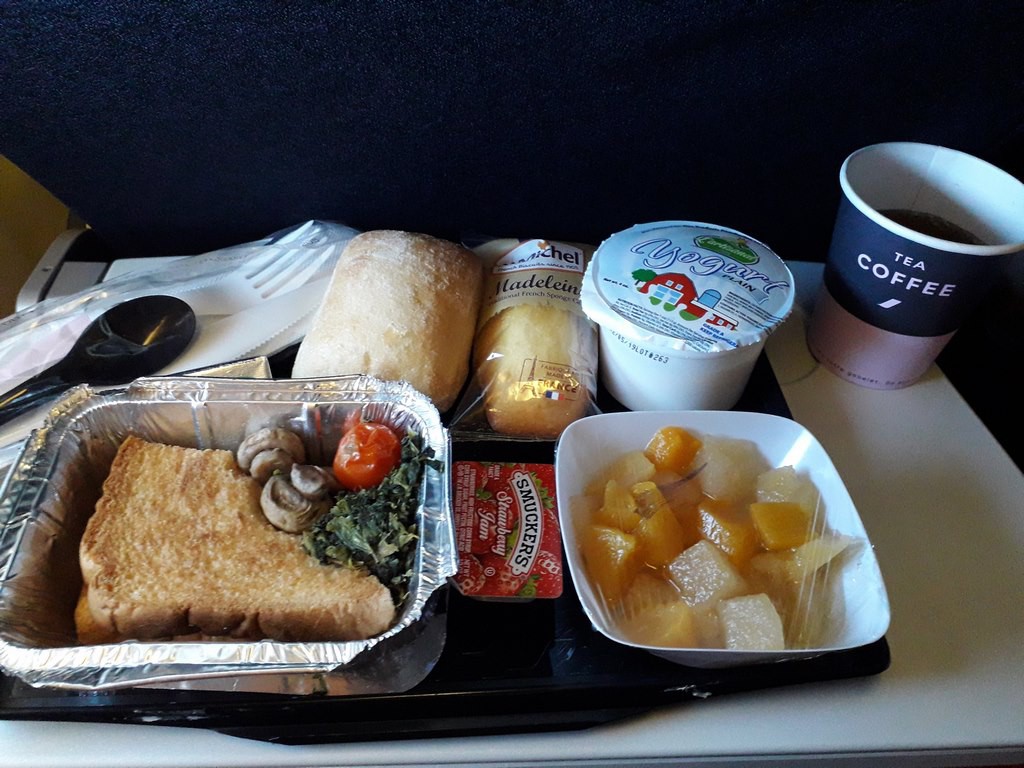 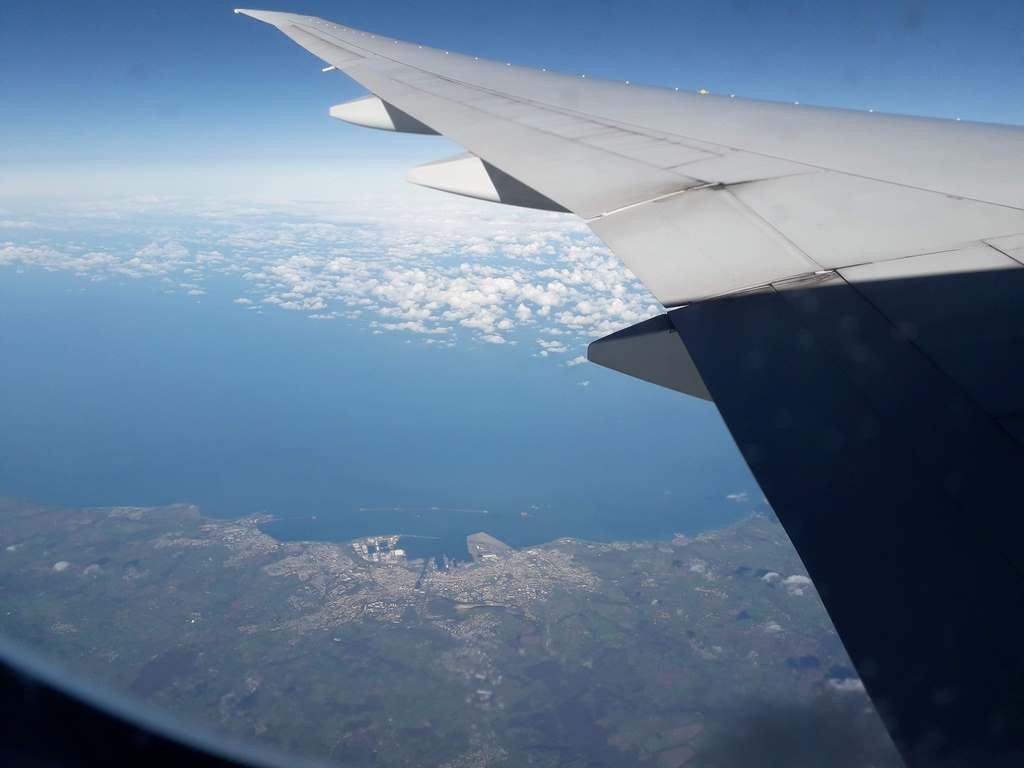 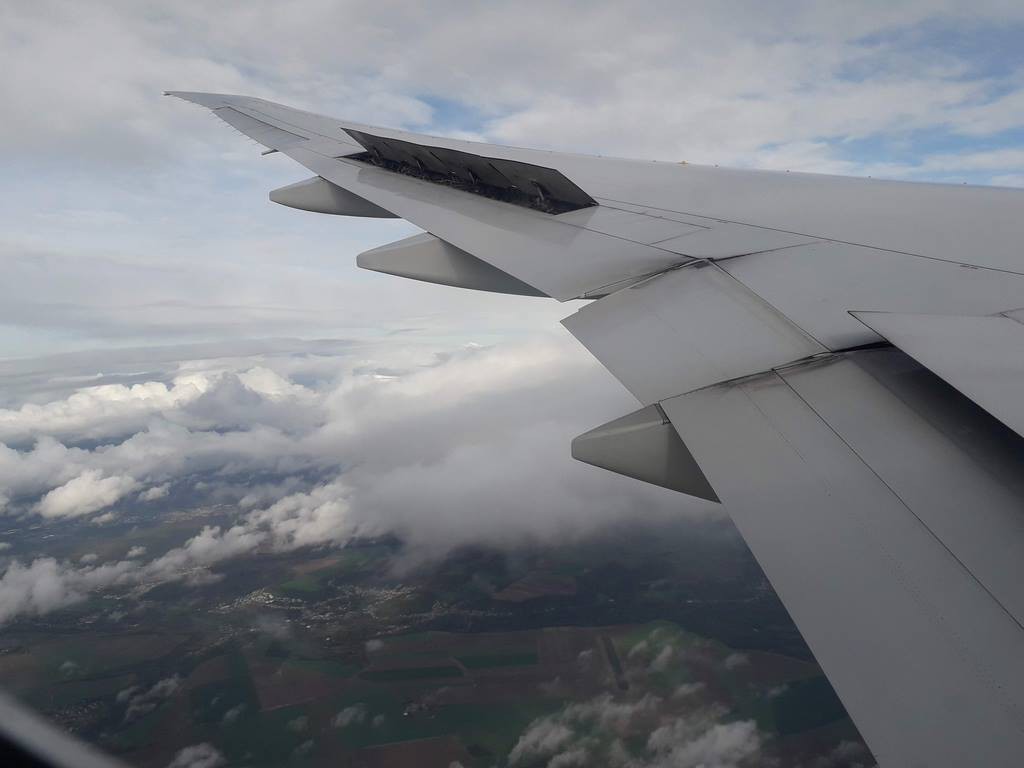 After a long approach we were in final 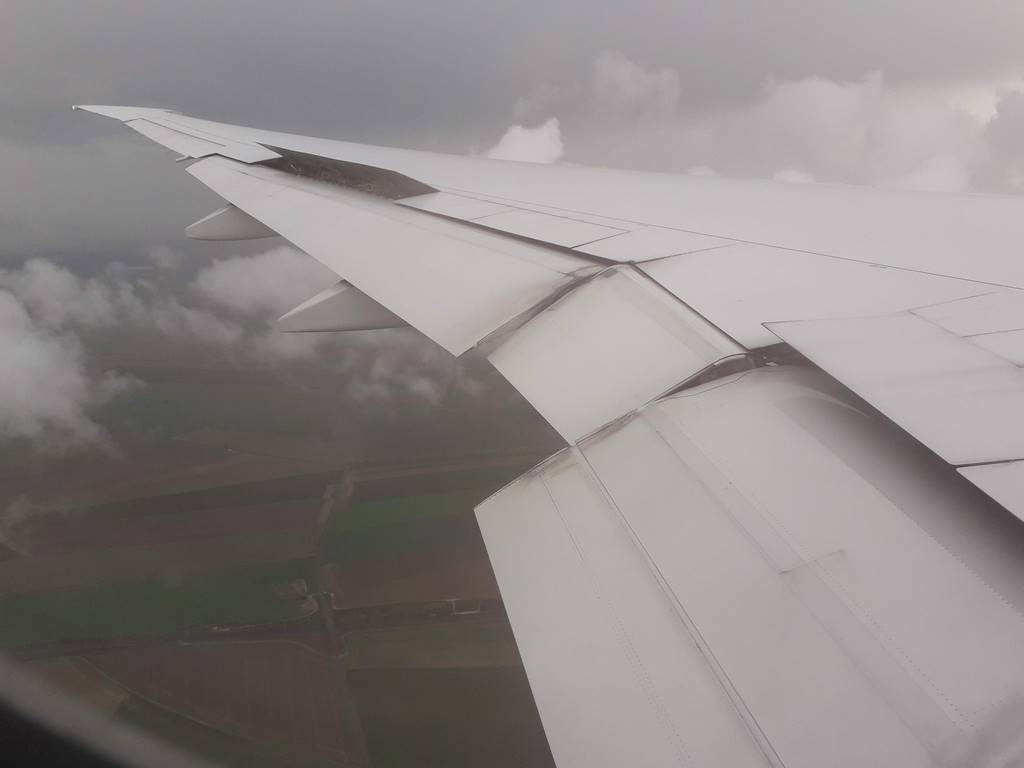 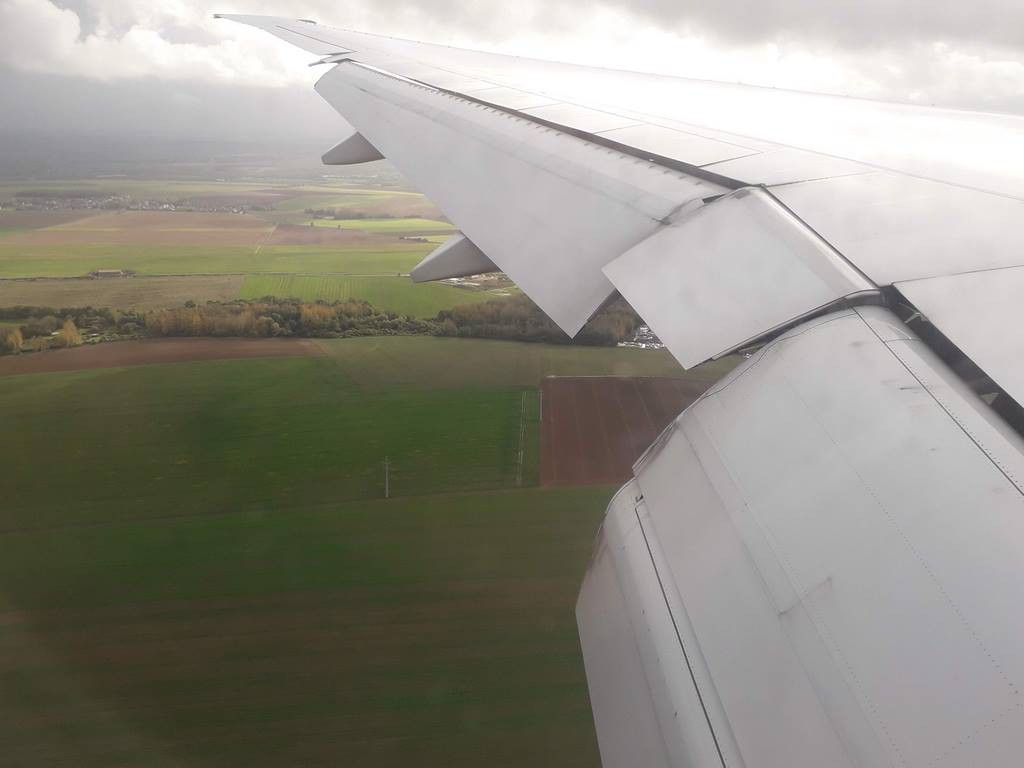 The runway visible from the front gear camera. 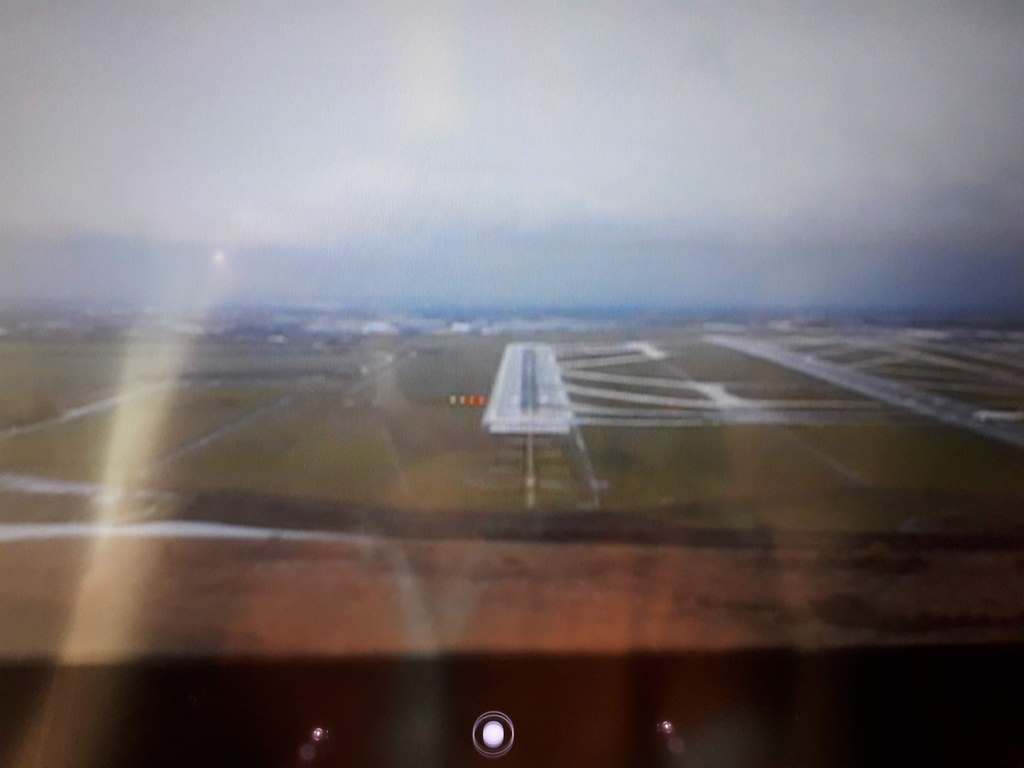 Touchdown, 40 minutes ahead of schedule 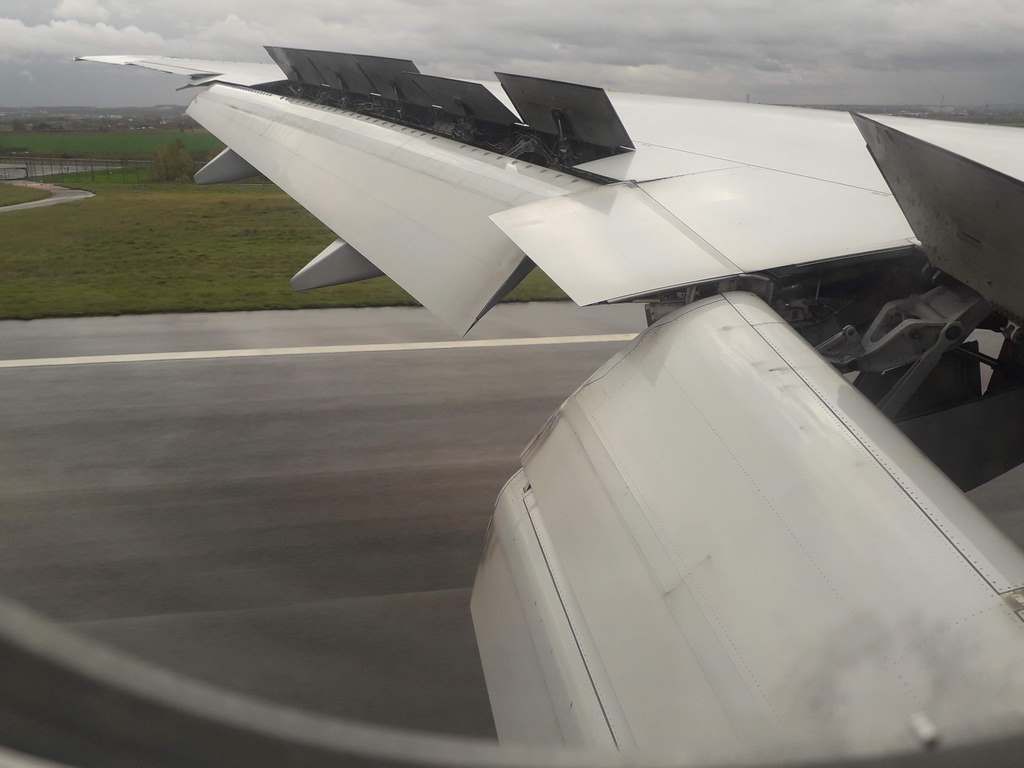 We passed by terminal 2E, gates K on our way the gates M. Gates M are the newest part of the 2E Terminal where I always arrive and never depart from :-( 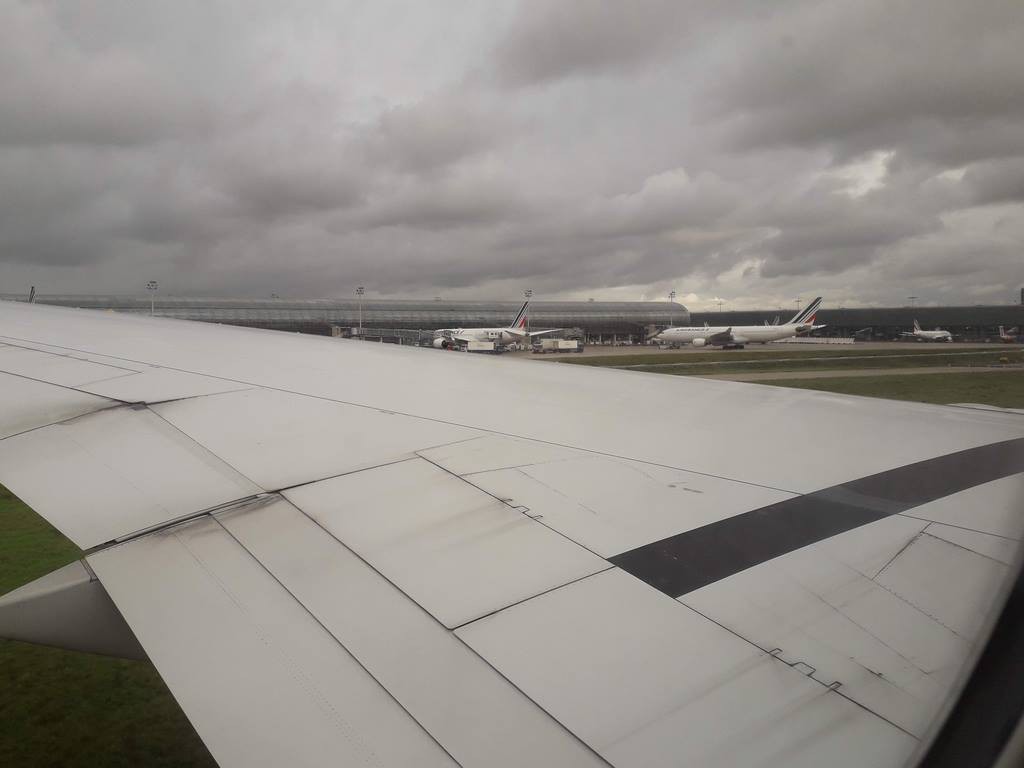 Air France brand new A350 (at the time) was getting ready for its flight to YYZ. 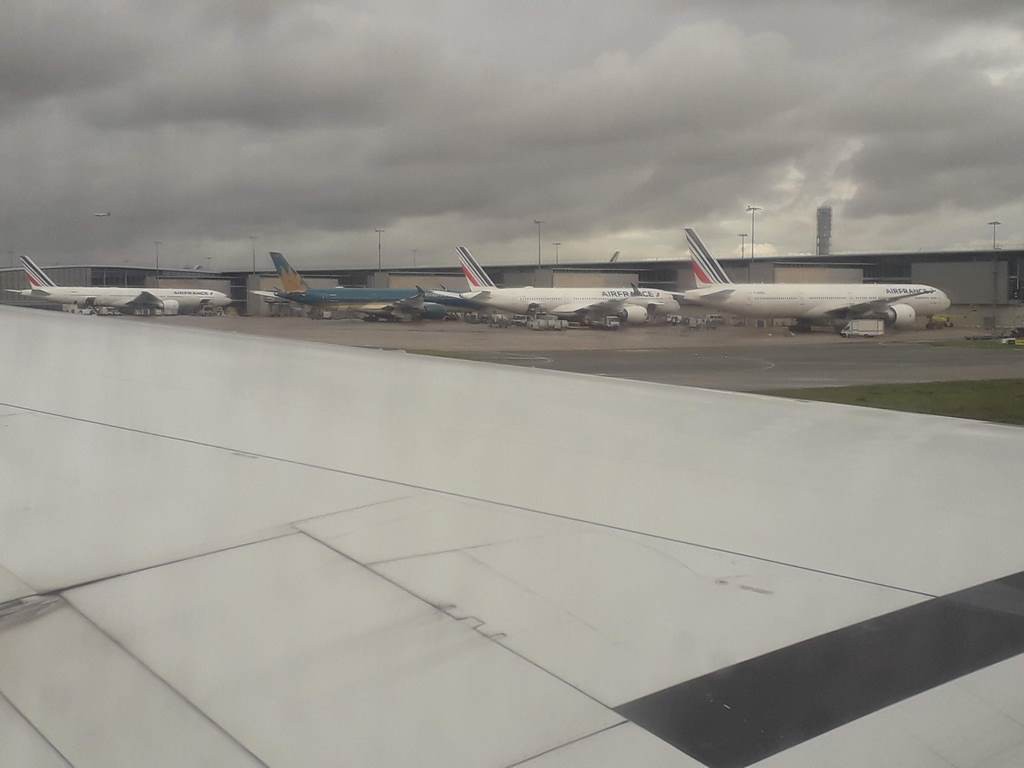 We parked next to this MEA A330 to Beirut 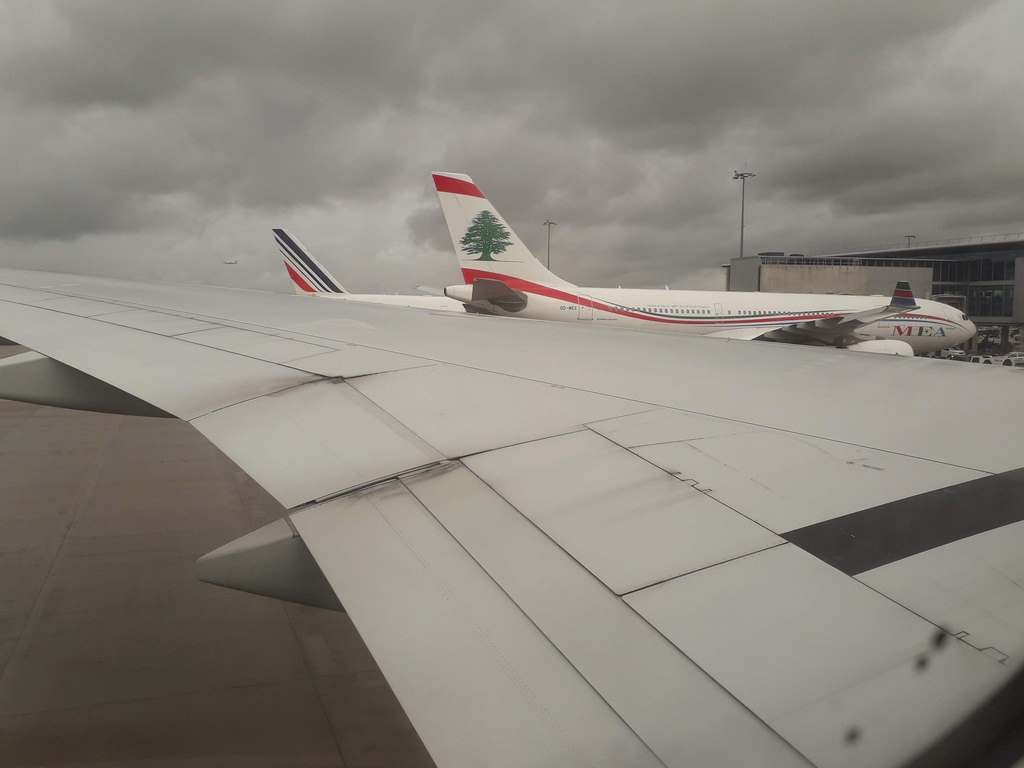 A last view of our graceful plane 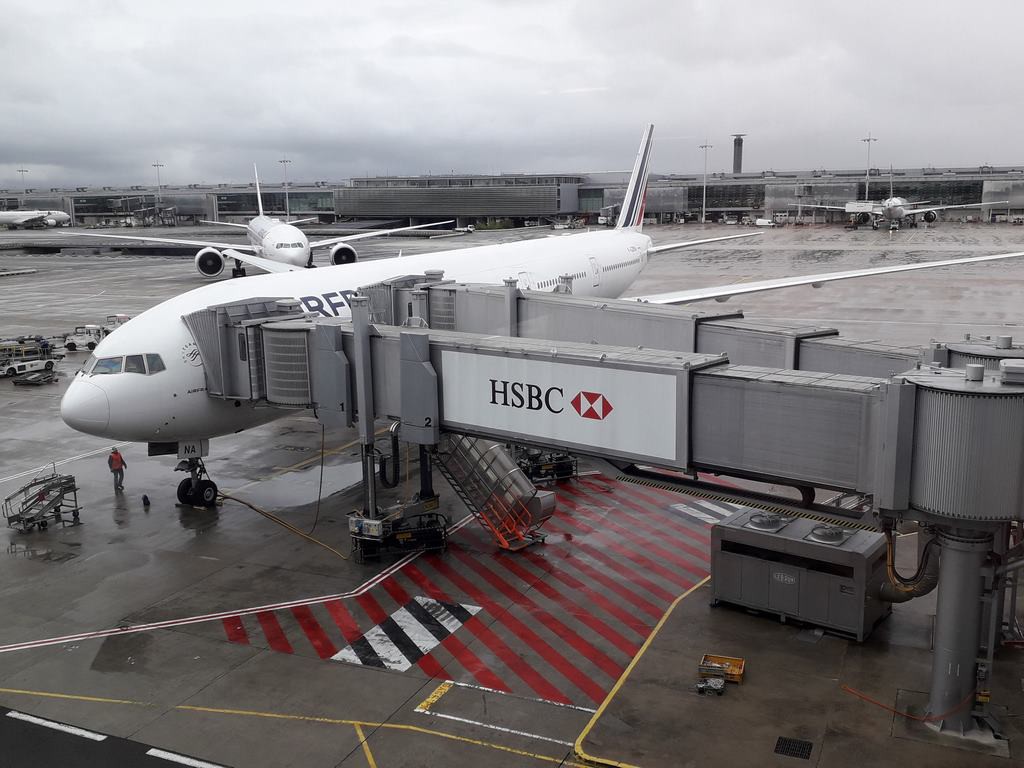 We had to use the automatic shuttle to get to the main terminal where immigration and luggage carrousels are.
Everything went perfectly smoothly, we were in the cab on our way home at 2PM, 10 minutes before our scheduled landing time.

A decent experience on AF.
IFE is great and has something for everyone.
Meals were good, certainly on the upper level for economy class.

My only problem was the seat comfort, the 3-4-3 configuration is narrow and there wasn't the bigger pitch we had on KLM to compensate.
Crew was okay, clearly not as friendly as on KL but still polite and helpful.

The contributors of Flight-Report published 68 reviews of 4 airlines on the route Los Angeles (LAX) → Paris (CDG).

The average flight time is 10 hours and 36 minutes.