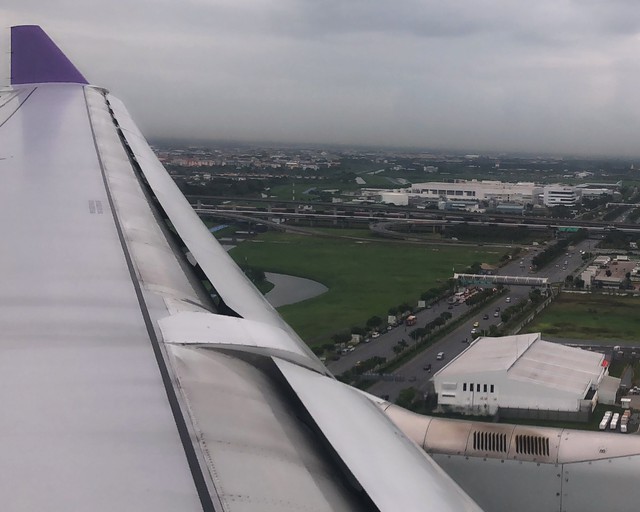 #21 out of 78 Airlines A minimum of 10 flight-reports within the past two years is required to appear in the rankings. 381 reviews

Hello everyone and welcome to  another flight report. This time it is on Thai Airways.I will be flying from Karachi to Bangkok onboard one of there Airbus A330-300s. For those  interested a video version of this flight report is available on my YouTube channel. It is linked above.So lets dive right into this flight report.

So after a 40 minute drive from my house , made it to Jinnah International Airport for my flight to Bangkok. When i reached the airport there were quite a few people due to number of  flights departing and arriving at that time. 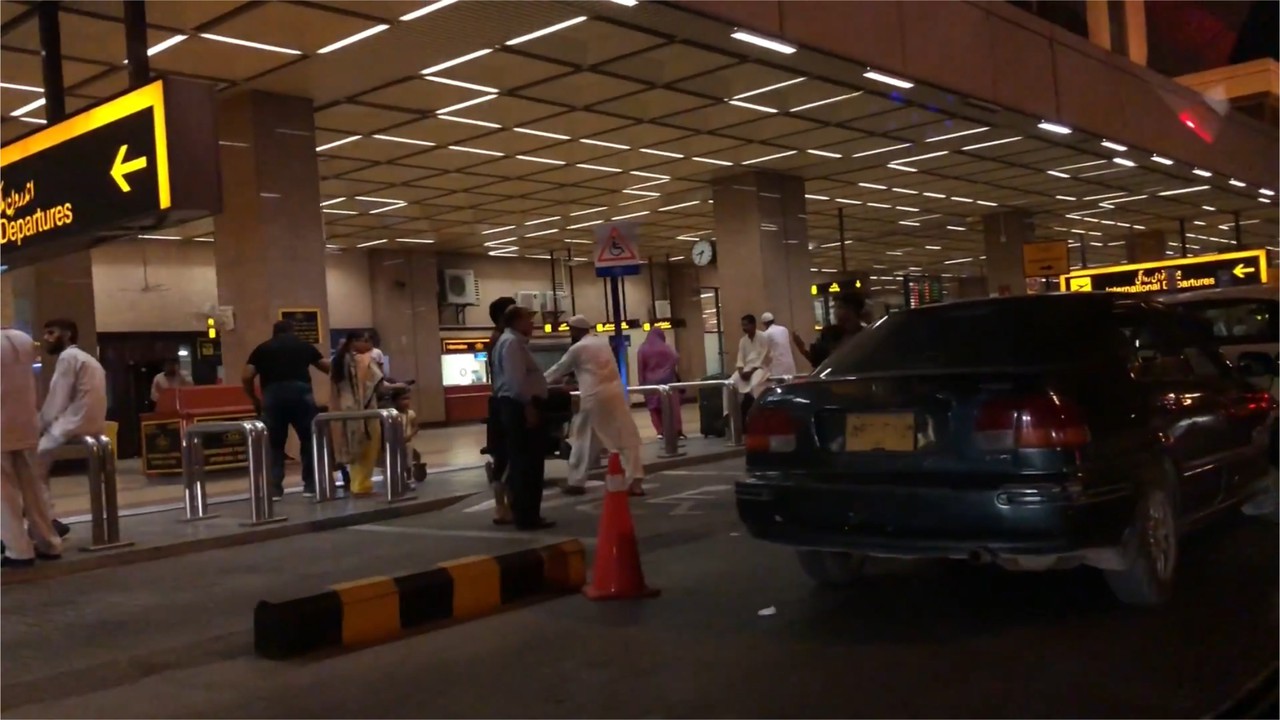 At the check in hall there were couple of desks reserved for our flight so the entire process didn't take much time. A little  background information on my flight,TG508. It is actually a flight from Muscat-Karachi-Bangkok. Thai airways fly daily to Karachi, but on Tuesdays,Thursdays and Sundays and extra connection to Muscat is also flown while on Mondays,Wednesdays,Fridays and Saturdays they only operate BKK-KHI and KHI-BKK only with flight numbers TG341and TG342 respectively. 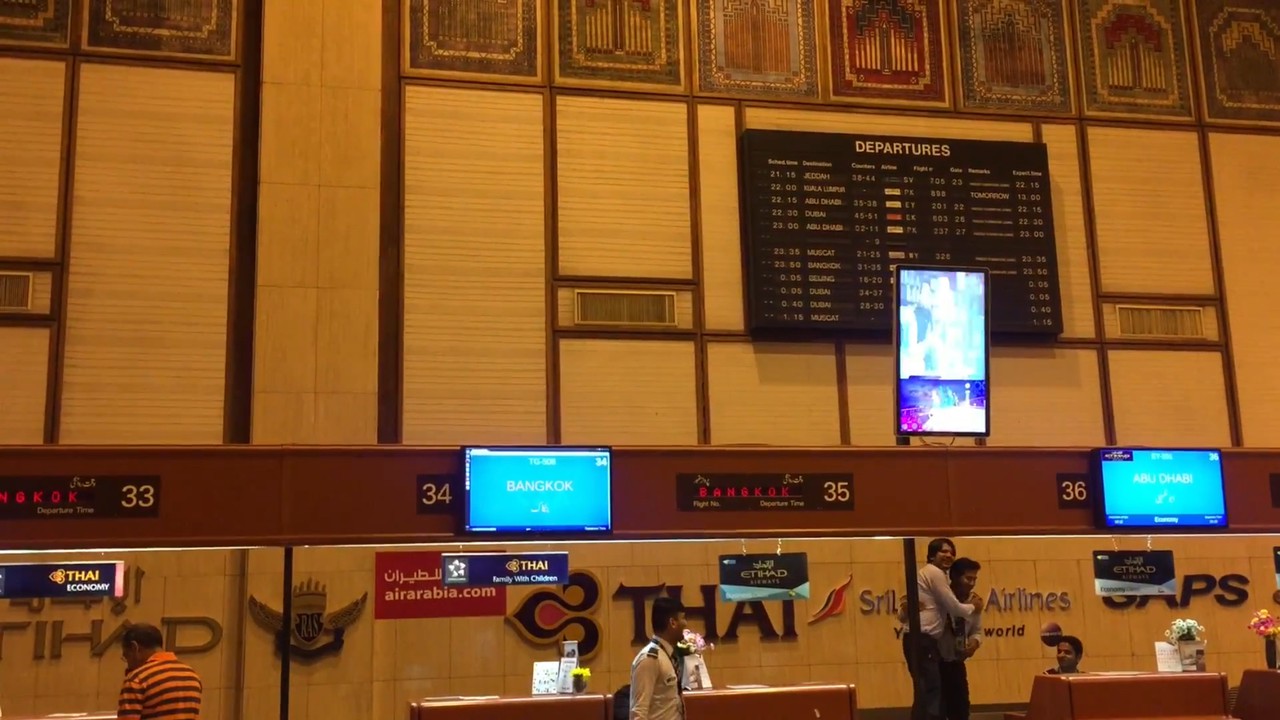 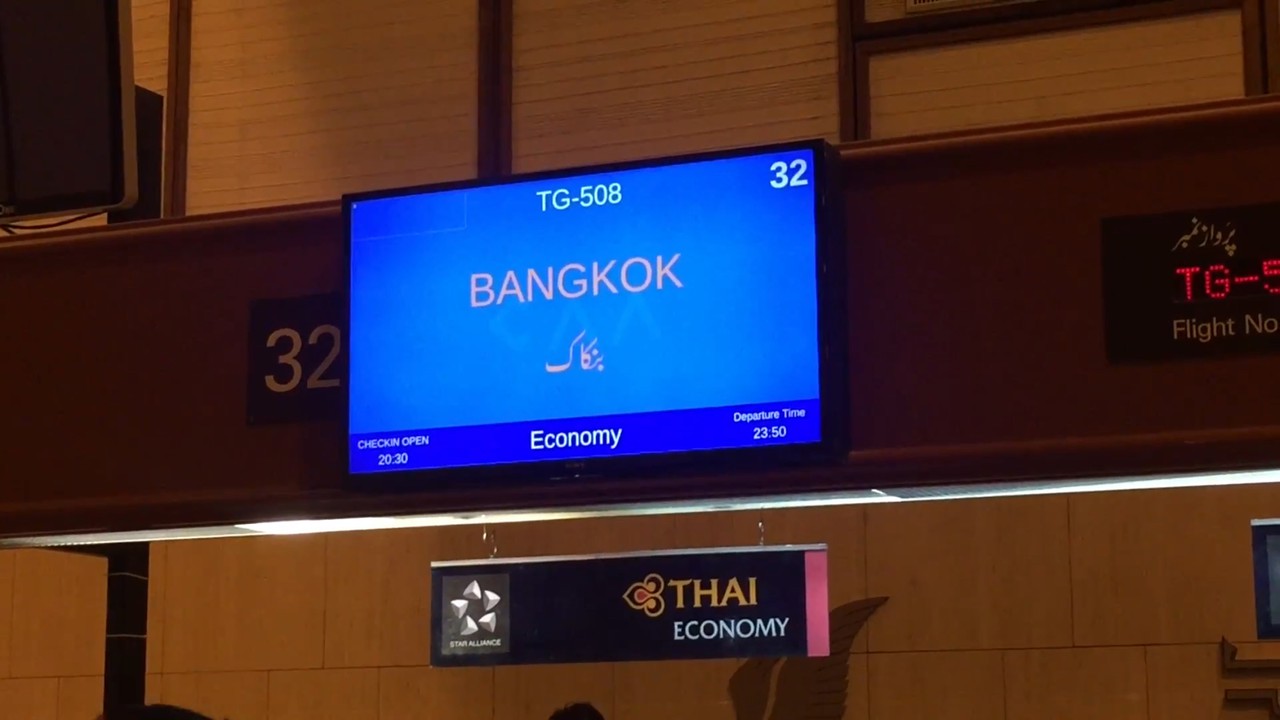 Alright i am done with Check in and immigration, time to head to the international satellite terminal.

After making it to my gate my aircraft was already at the gate after arriving from Muscat. A 2009 built Airbus A330-300 with the registration of HS-TEN will be flying me to Bangkok.

Very soon it was time to board the A330. I always like to board towards the end as that way i don't have to stand in queues that form usually in the jetway.

Made my way to my seat,33A,for the 5 hour flight.The seat was location right next to one of the RR Trent 700s so it would definitely provide good views at least  not now but later on during the flight.

The seat featured a decent sized IFE screen and some pretty average legroom for the 5 hour red eye flight. Also side note this is of a flight taken in 2017, as of now all the HS-TE…. a330s have retrofitted seats now so don't worry if you fly Thai Airways A330s now you won't have this particular type of seat. 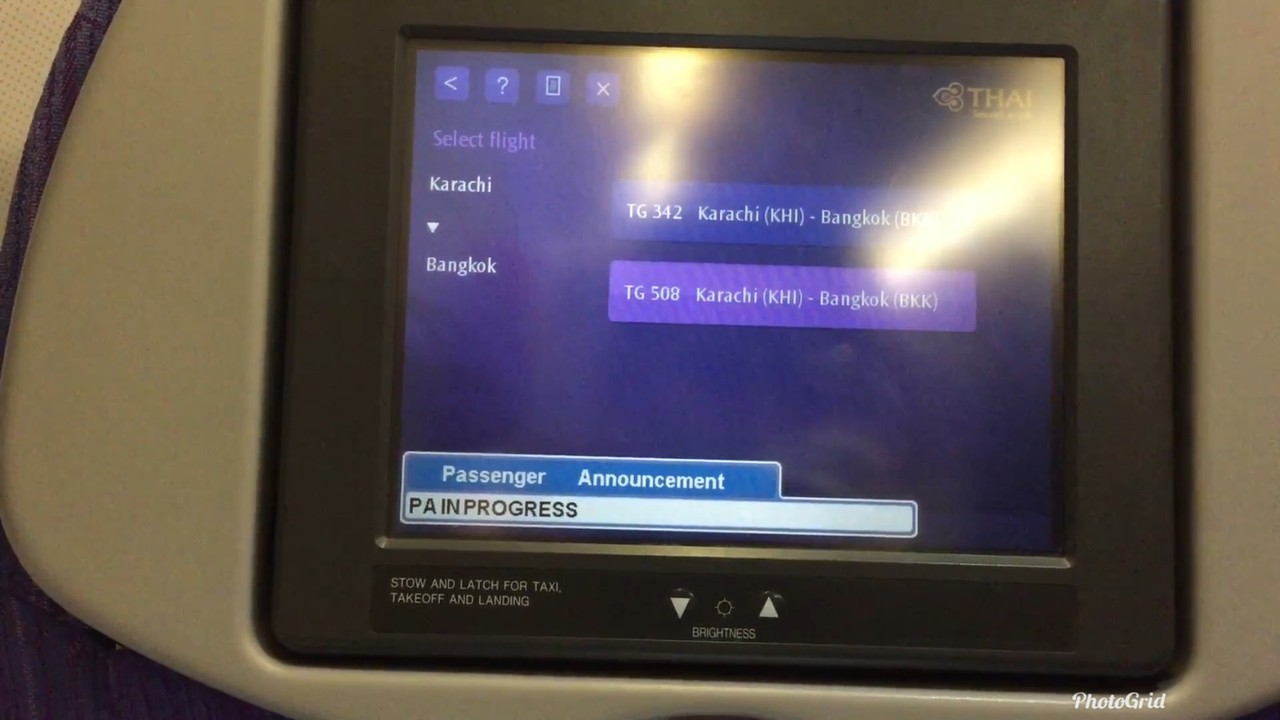 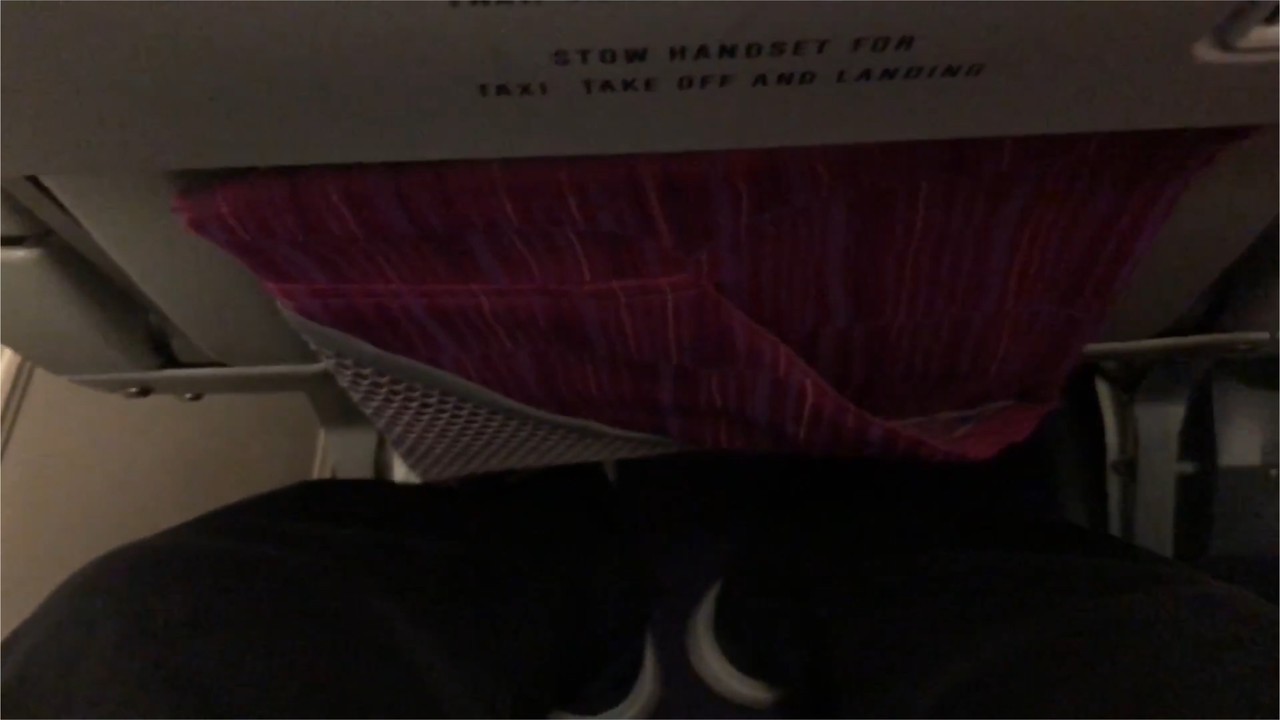 Present on my seat were a comfortable pillow and blanket. Along with that a headset for the IFE system was also there. 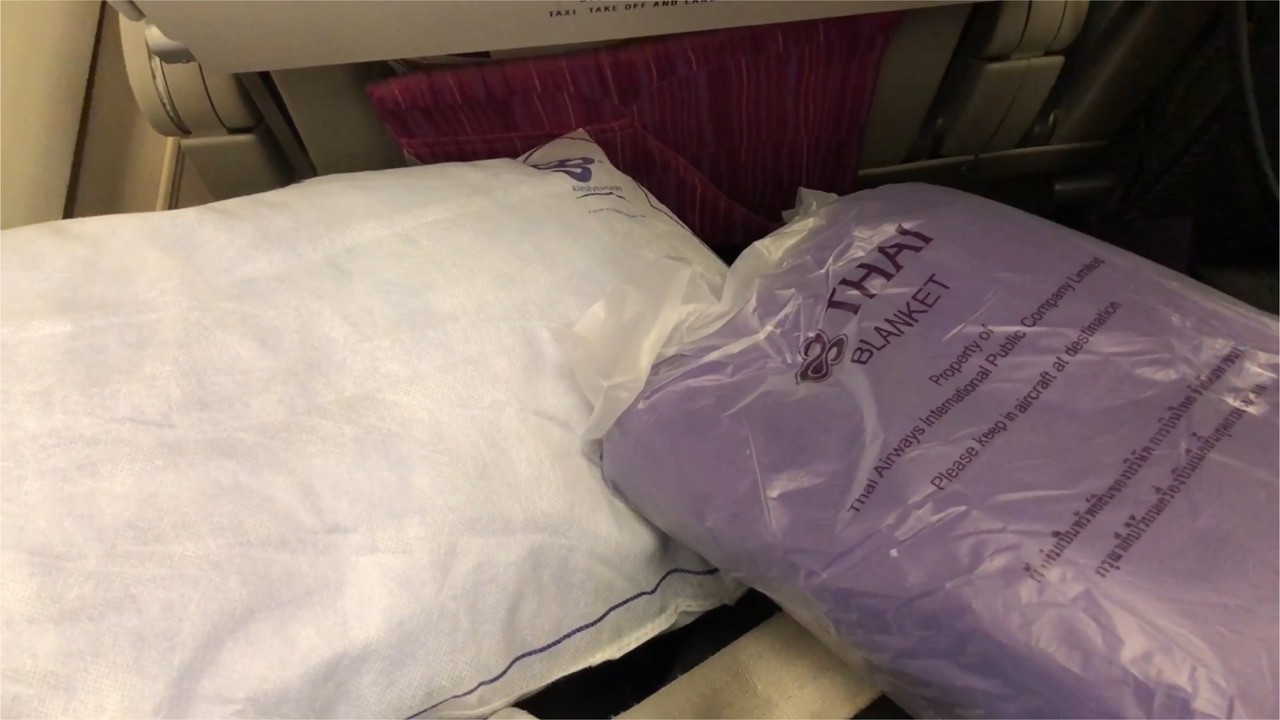 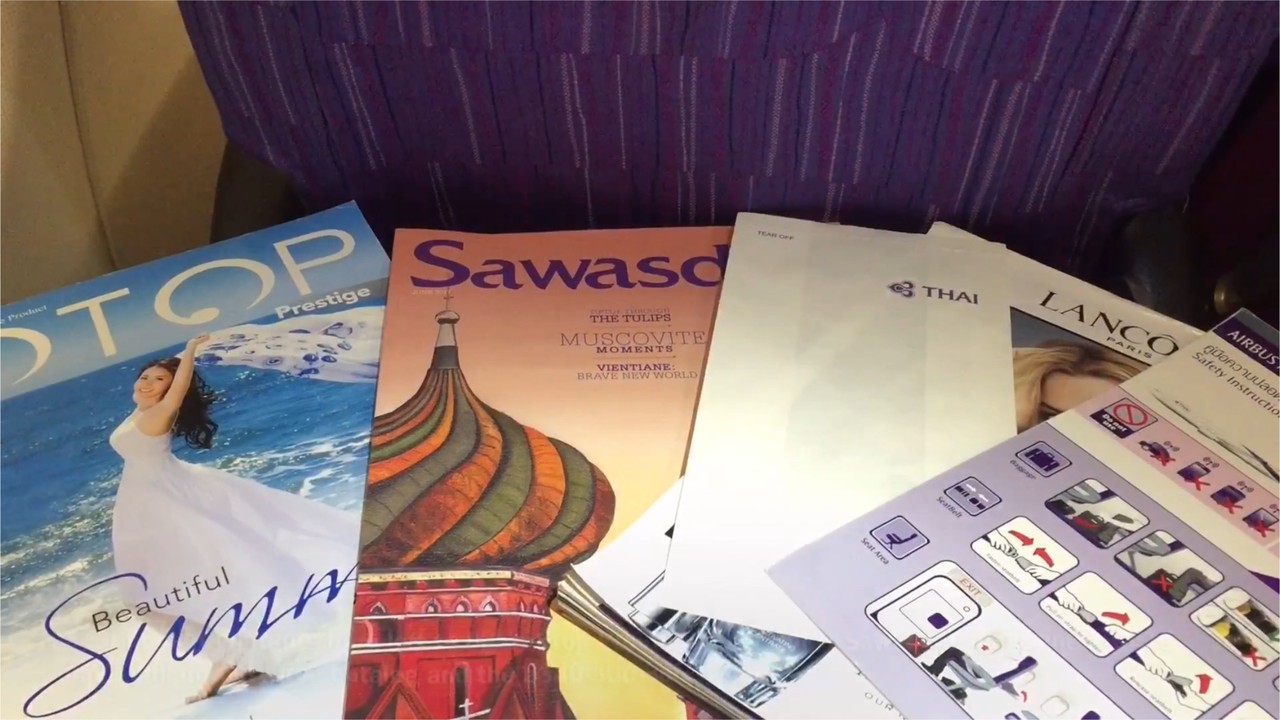 We commenced our pushback from our gate on time and those RR Trent 700s power up to life. Sitting right next to those engines i could feel those vibrations during the start up. 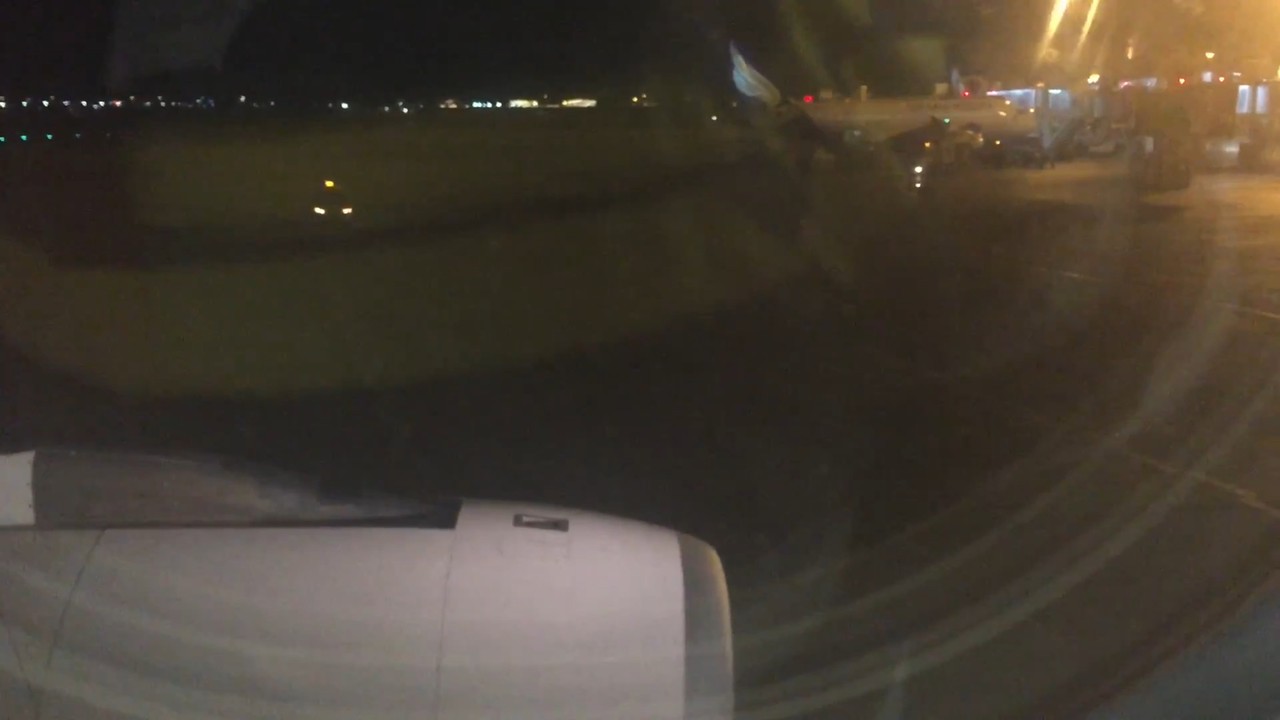 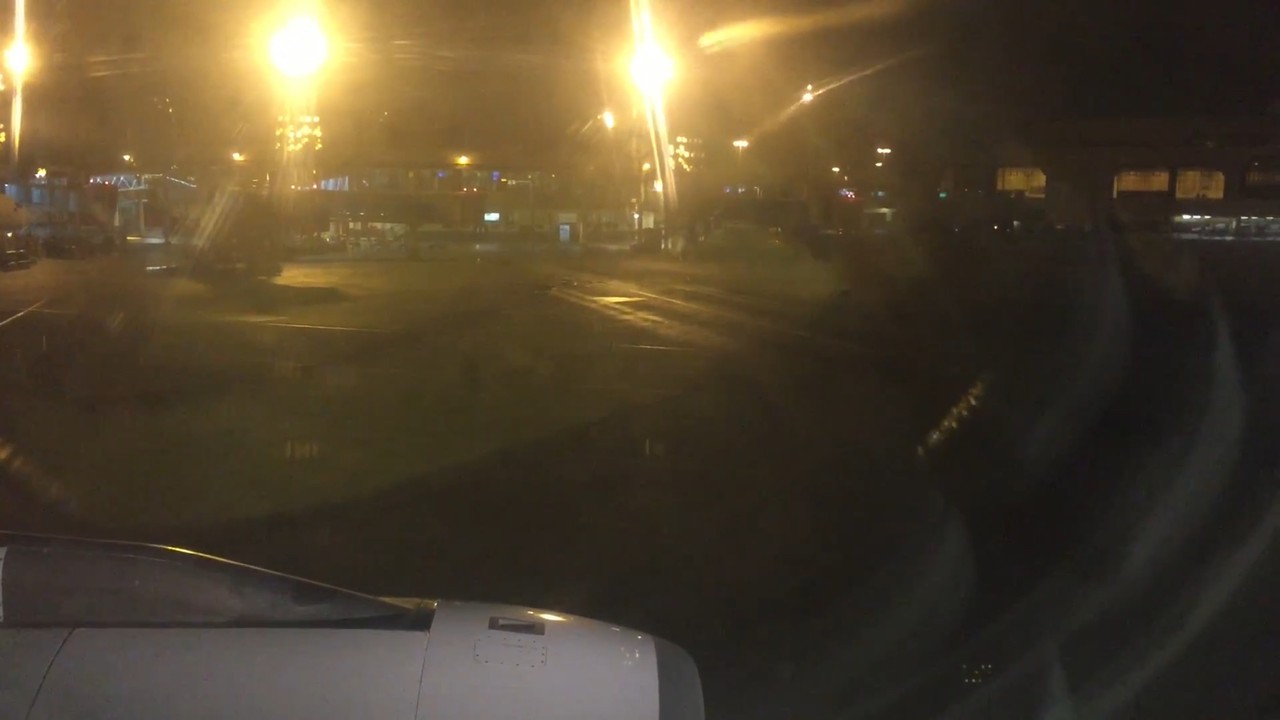 After a short taxi and line up, we lifted of Runway 25L on our way to Bangkok.The RR Trent 700s may not be  GE 90s but they do have some powerful roar while spooling up. 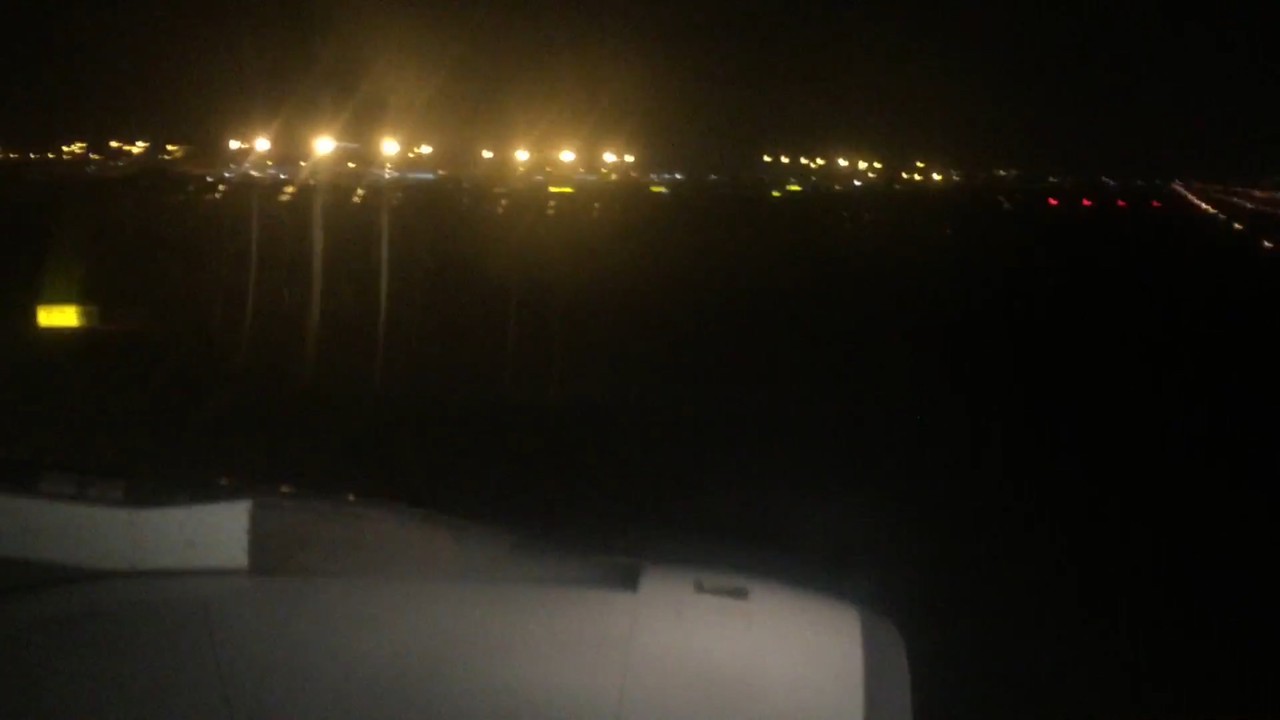 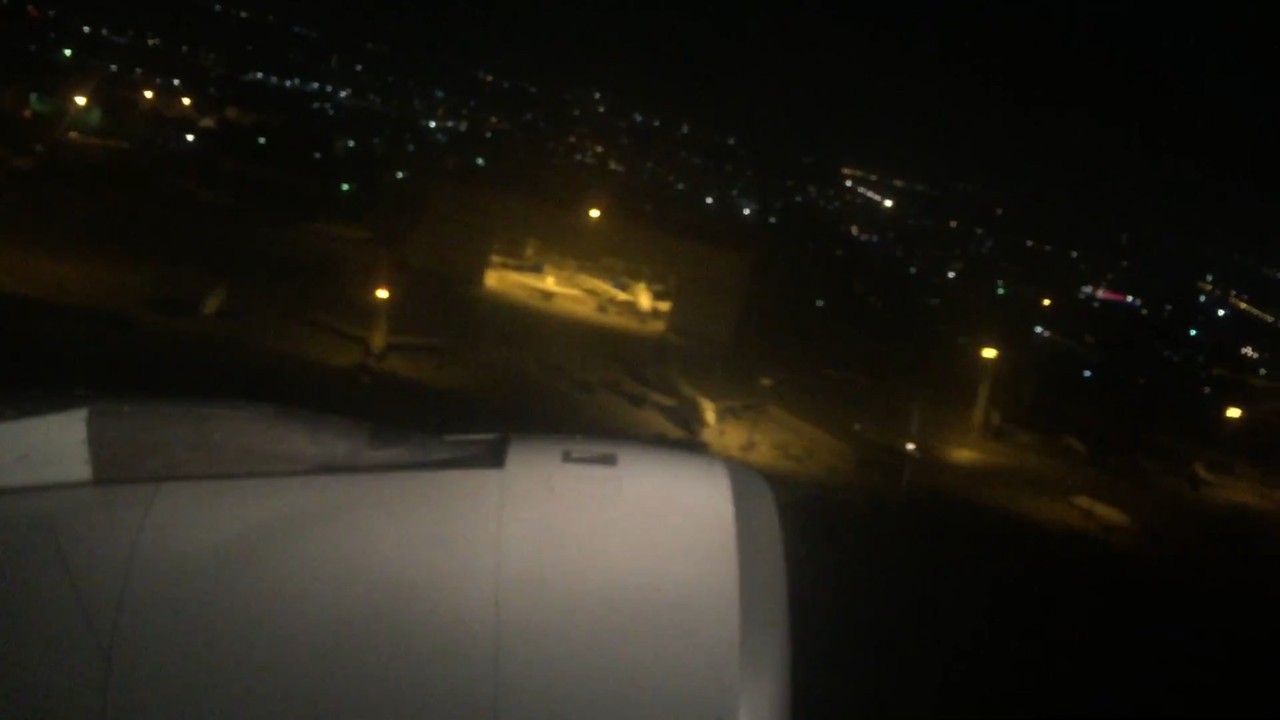 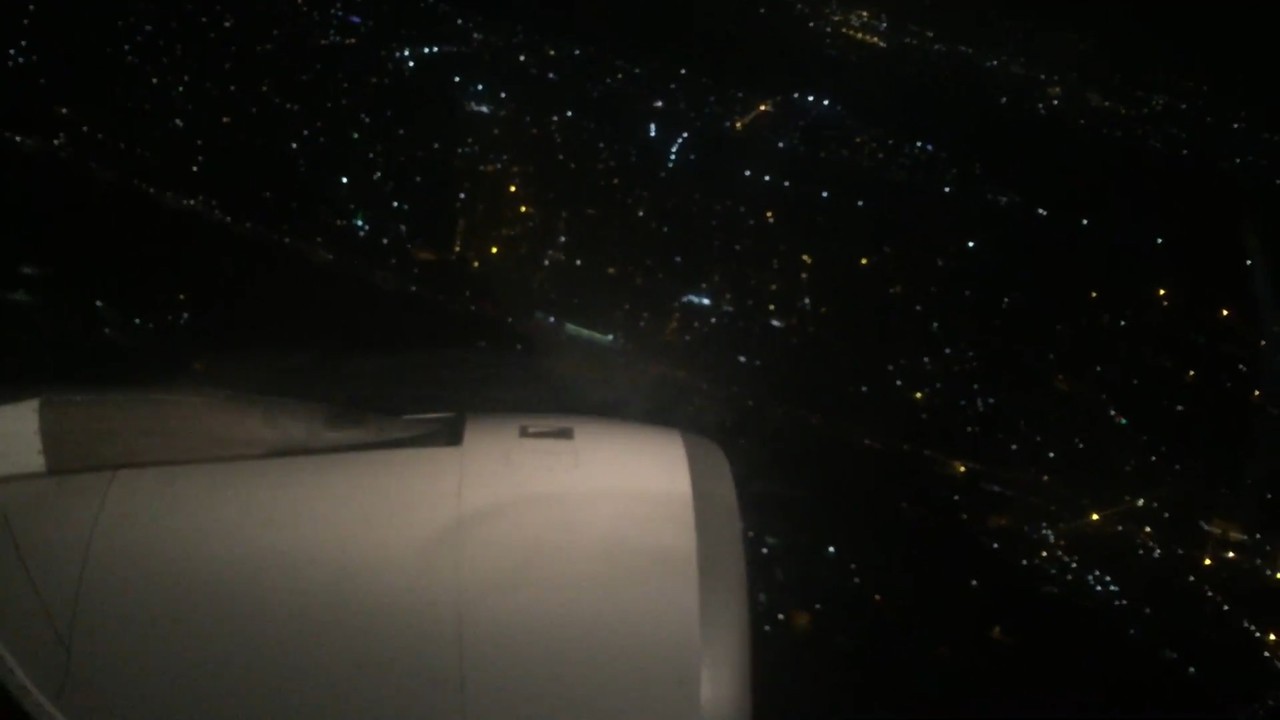 For those interested the take off from Karachi is linked below.

The Inflight entertainment system had a good number of movies,TV shows games etc to keep you busy even on a flight longer than this one.My only complaint would  be the screen being a tad bit small and with not the best graphics but as i said earlier there seats are now history so you shouldn't worry about this. 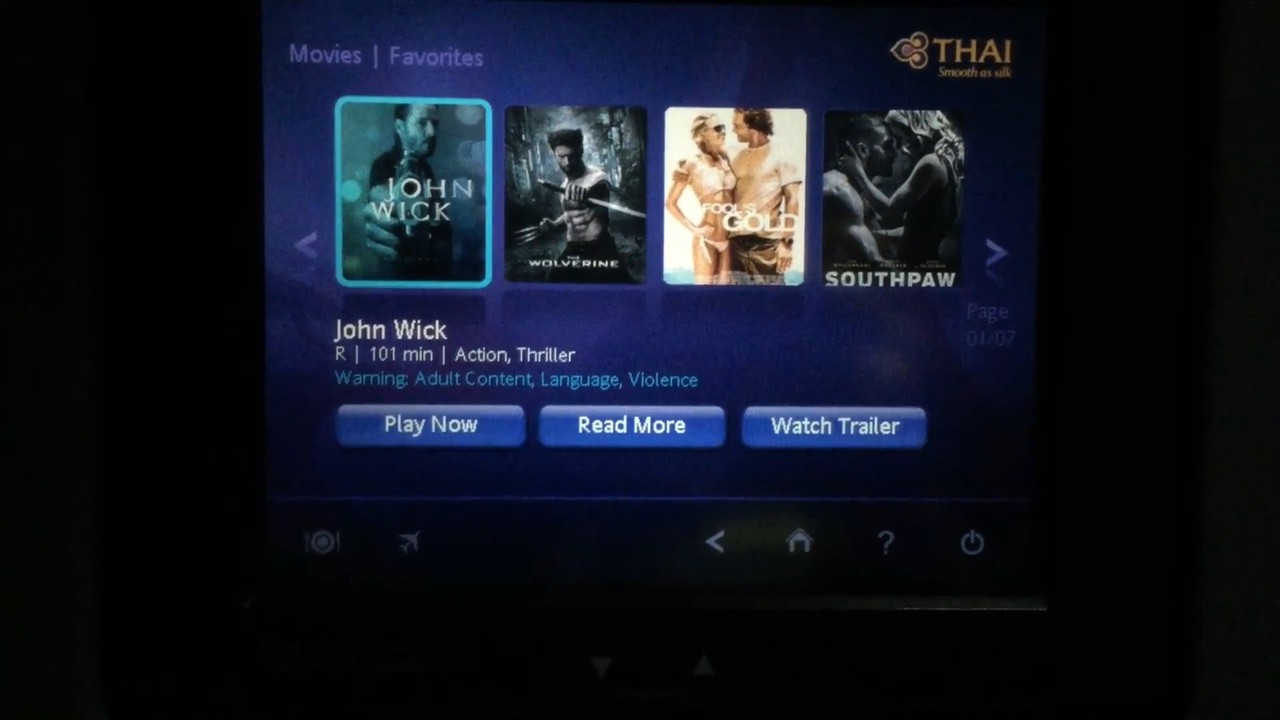 Immediately after reaching cruising altitude , the cabin crew commenced the dinner service.I guess the reason being allowing more time for people to sleep during the flight. For the main meal there was choice of chicken with rice or lamb with rice for which i opted for the latter option.The main meal consisted lamb in some tomato sauce rice and green beans. It was accompanied by a tuna salad , a bread roll, a piece of cake and a cup of water. My brother who was sitting on the seat next to mine went for the chicken with rice so also took a picture of the chicken option.Overall the meal was nice and filling but considering the time the meal was served i couldn't finish it and was in dire need of a nap. 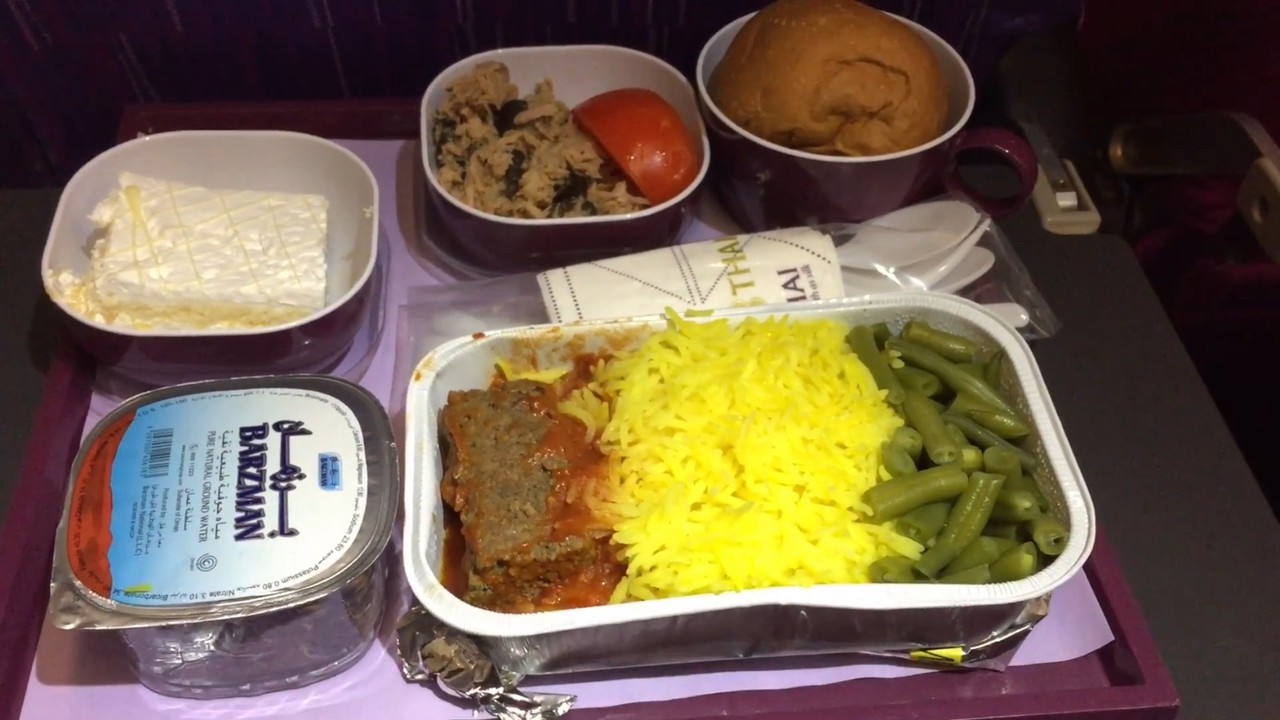 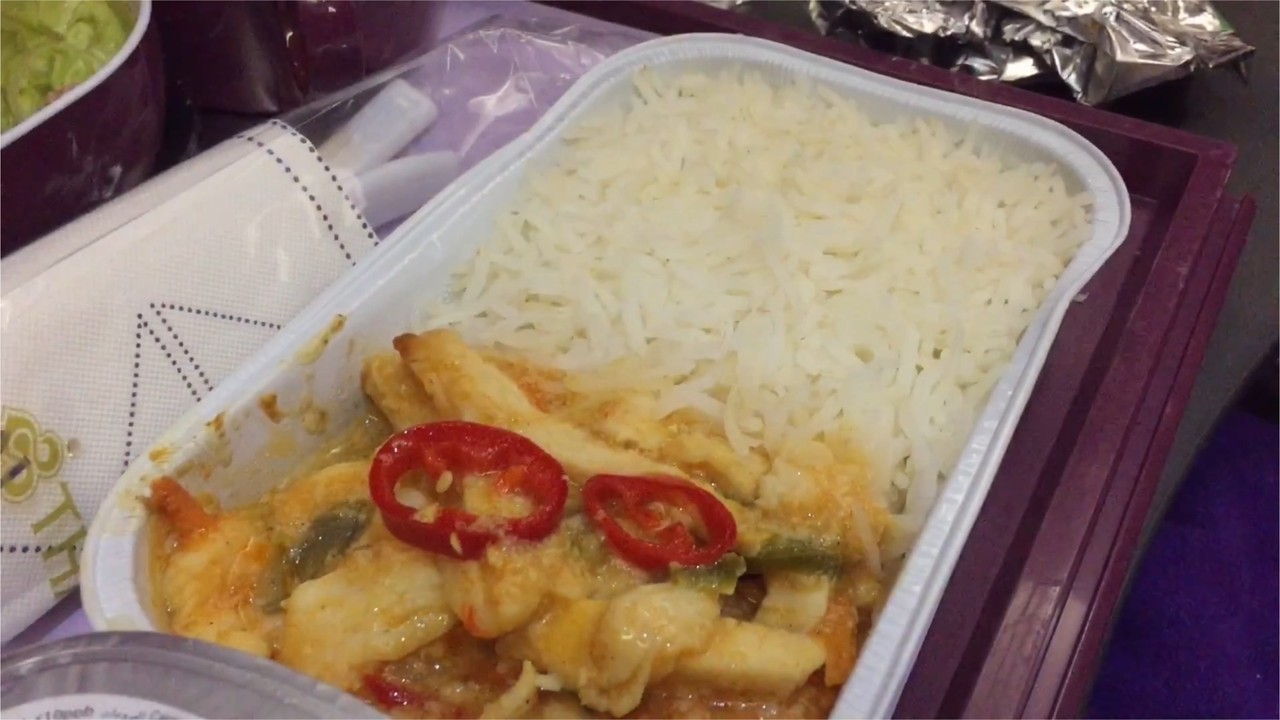 After the meal service i completely dozed off and woke up few hours later.Sadly i didn't wake up in time for the sunrise but still this was the first time i could actually see something out of the window the entire flight. 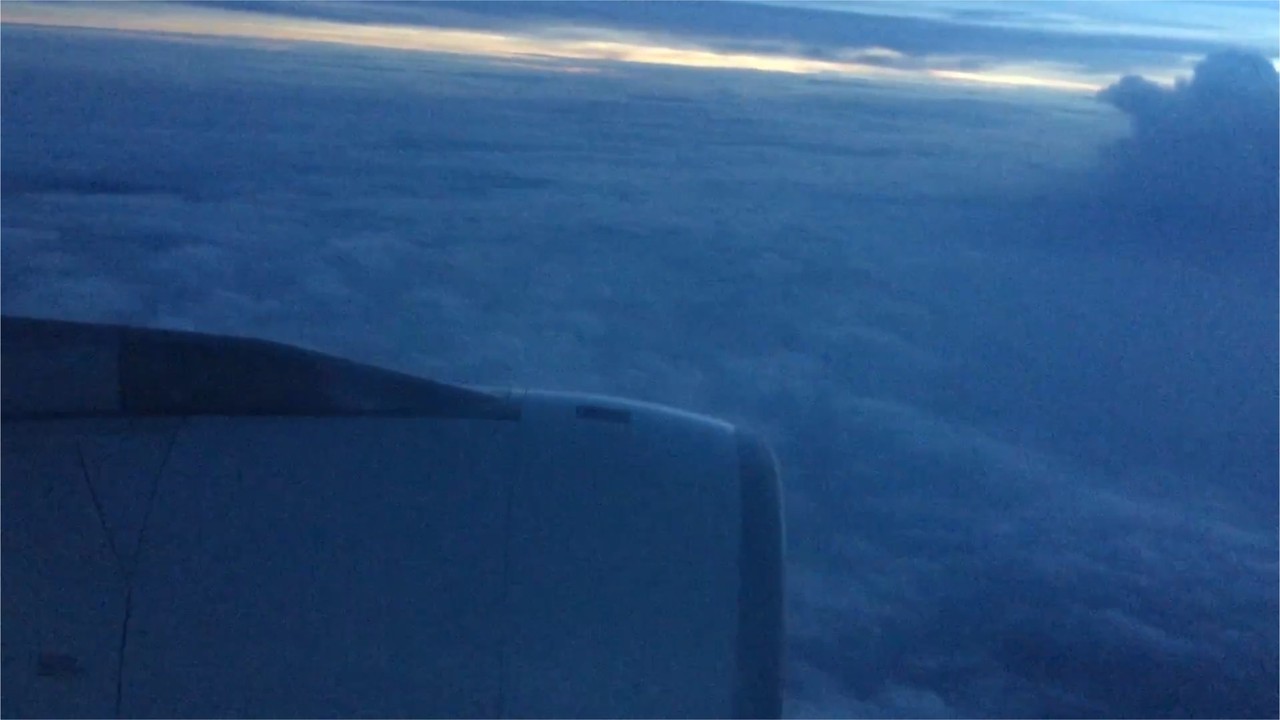 Slowly we were very near to our destination , Bangkok. At this time almost everyone was awaking from there  naps. 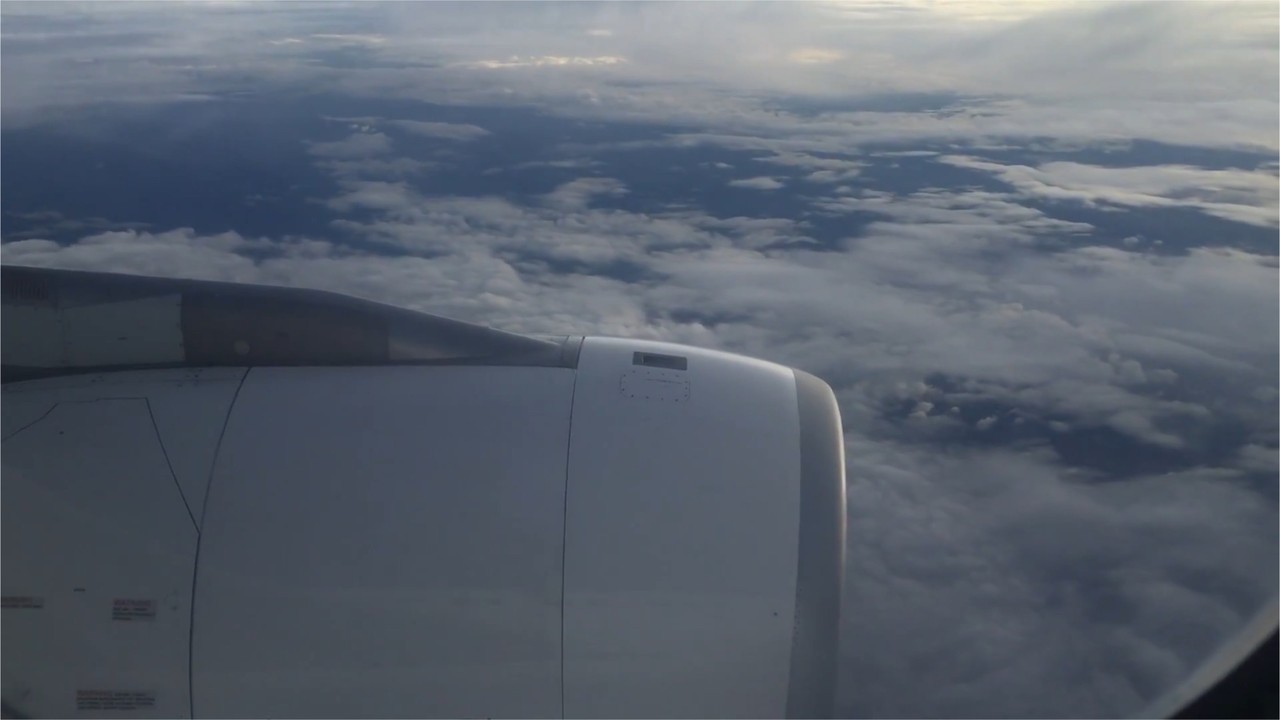 And very soon we commenced our descent into Suvurnabhumi Airport. 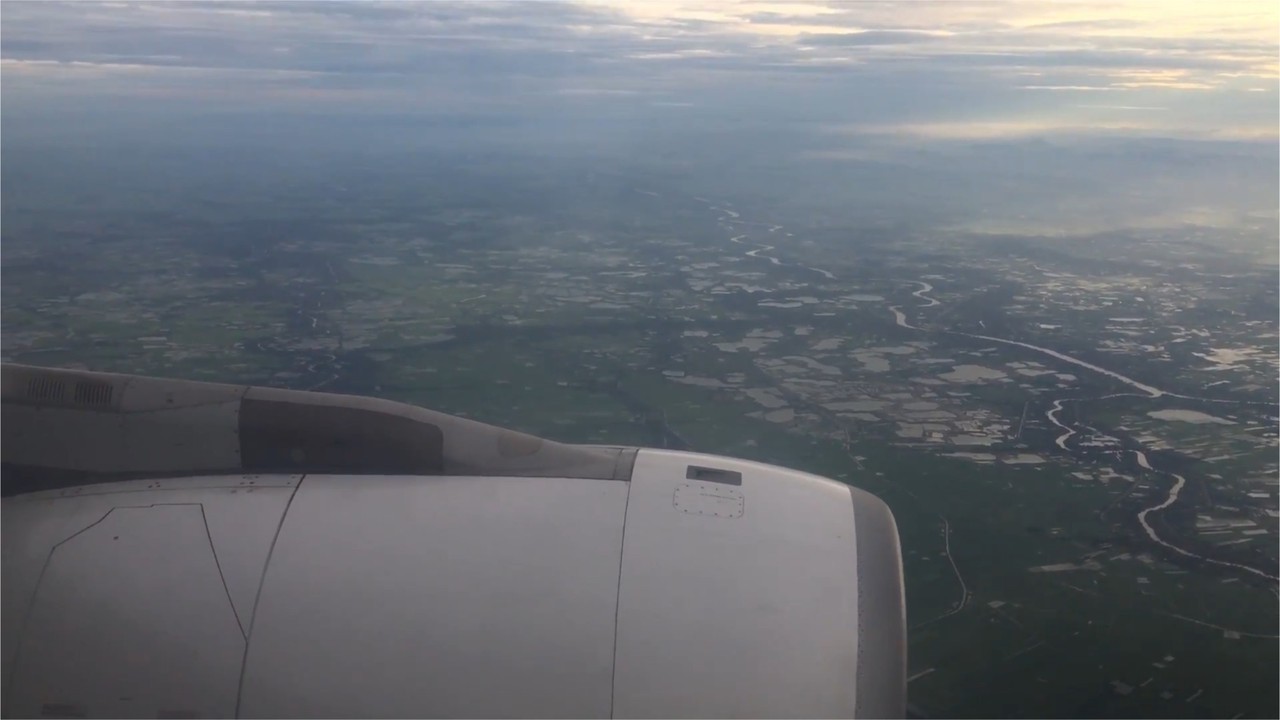 Rice paddies on approach, definitely a clear sign we are landing Bangkok and not some other airport. 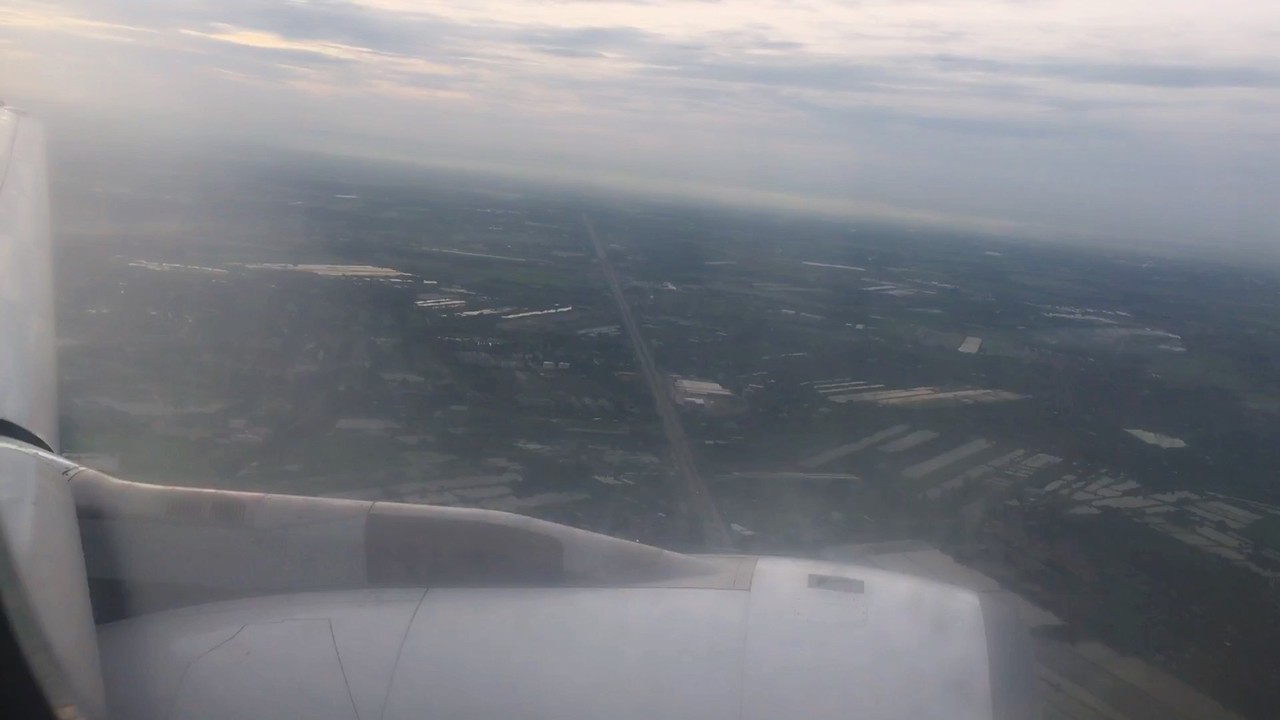 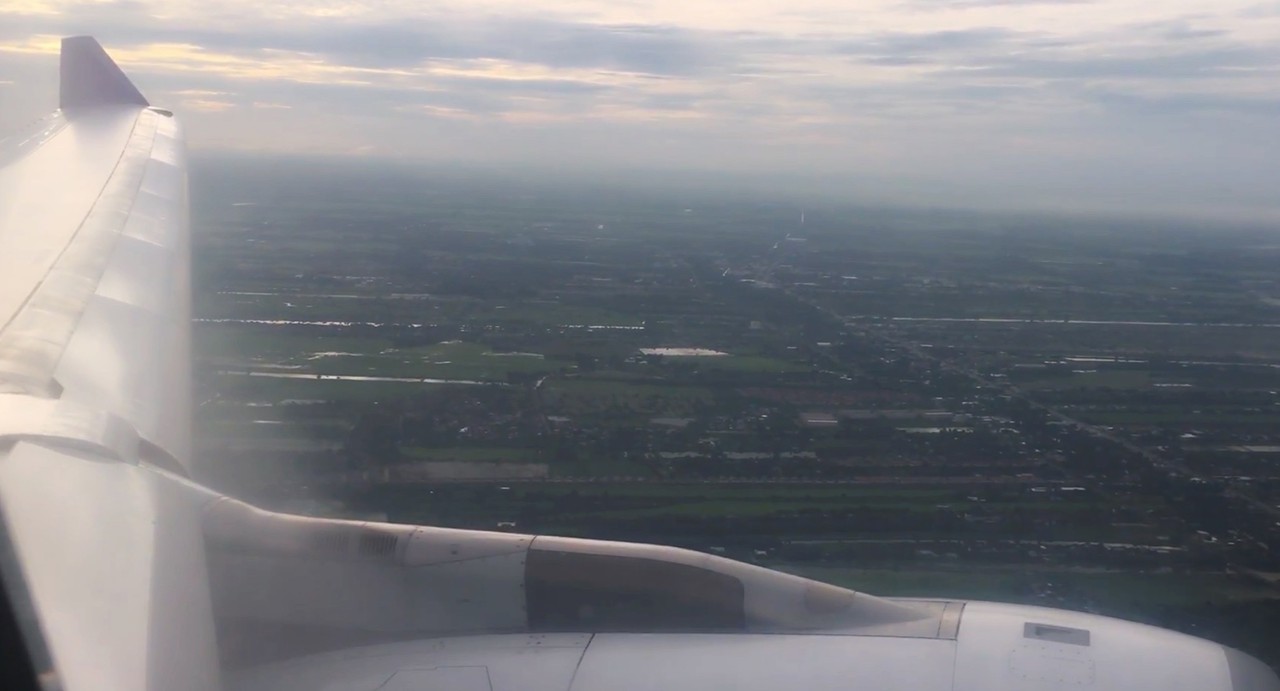 For those interested the approach and landing Bangkok is linked below.

On finals for Runway 19R. 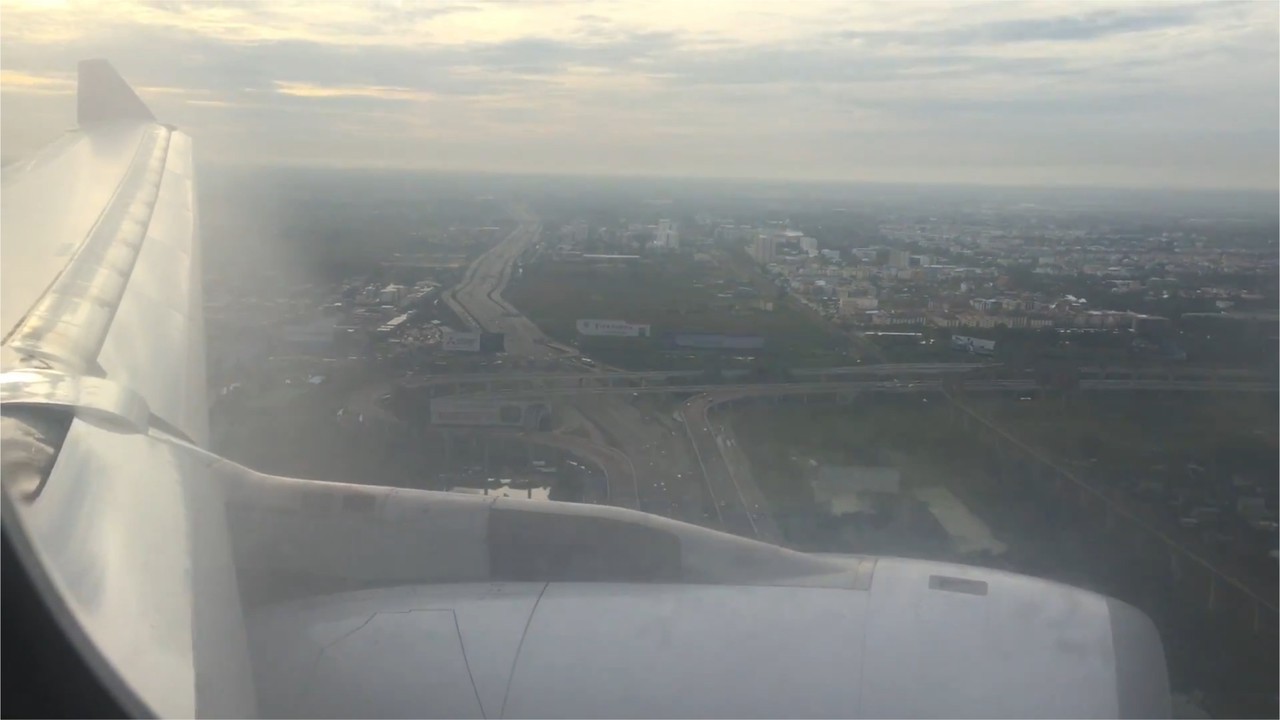 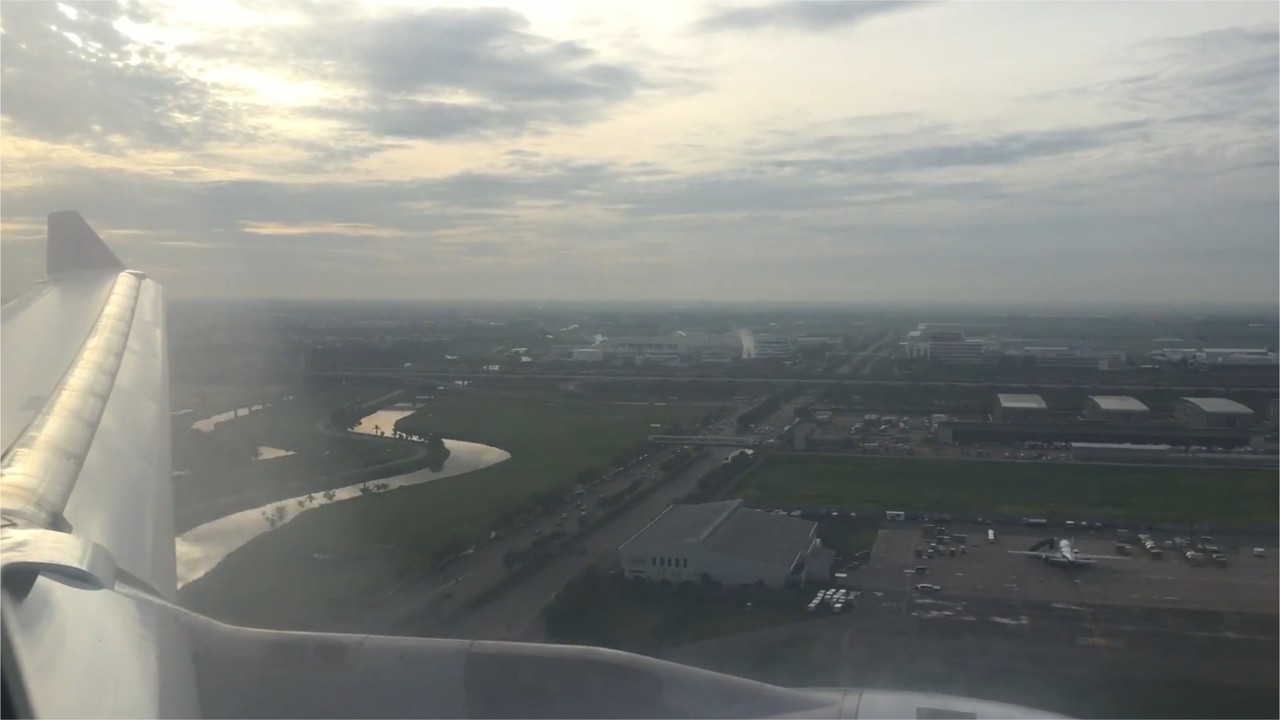 And we touchdown in Bangkok, Suvurnabhumi Airport on time. Good job by the the pilots with the smooth touchdown. 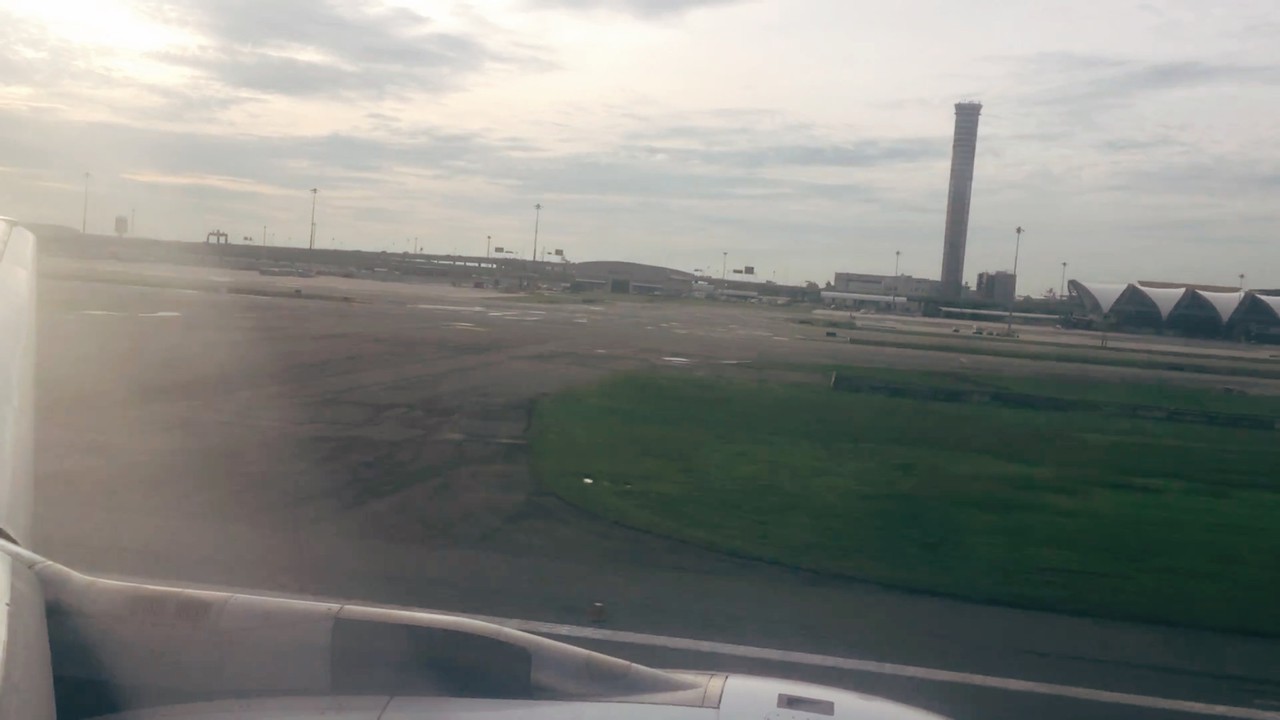 Taxiing past a huge Thai Airbus A380 as we make our way to our gate. The A380 is one aircraft that i haven't flown on yet , definitely plan on flying on one in the near future. 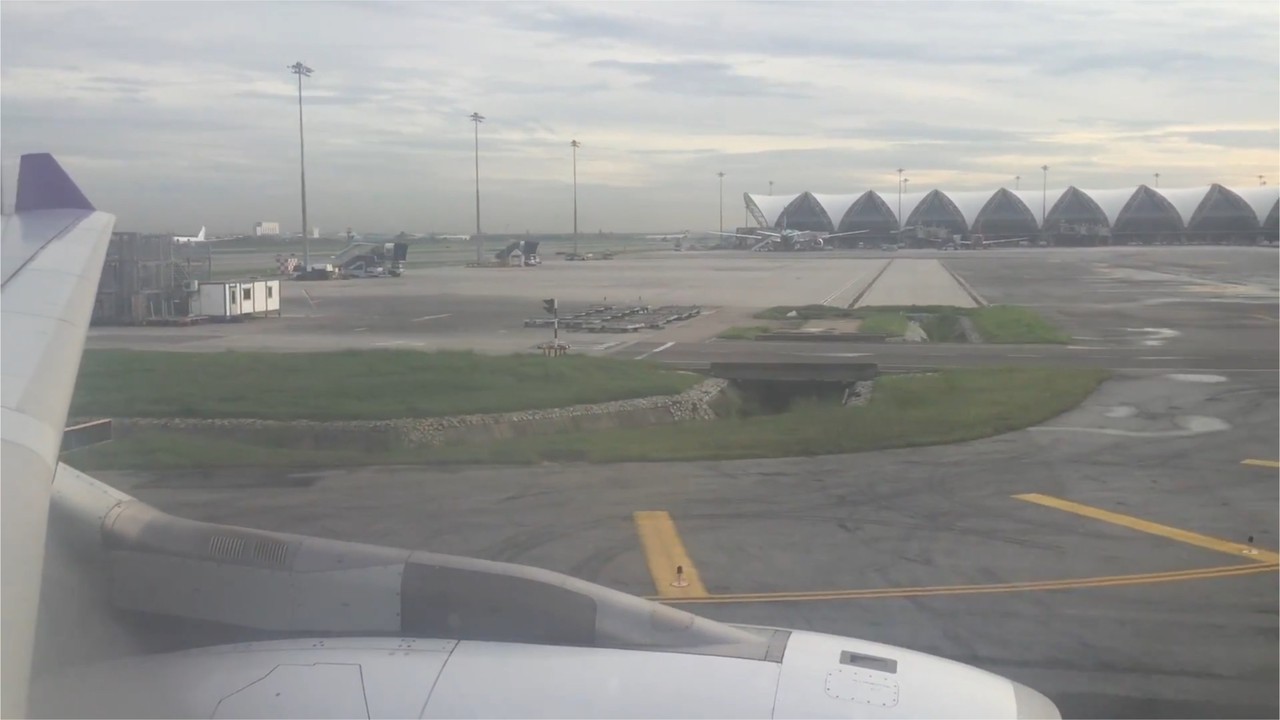 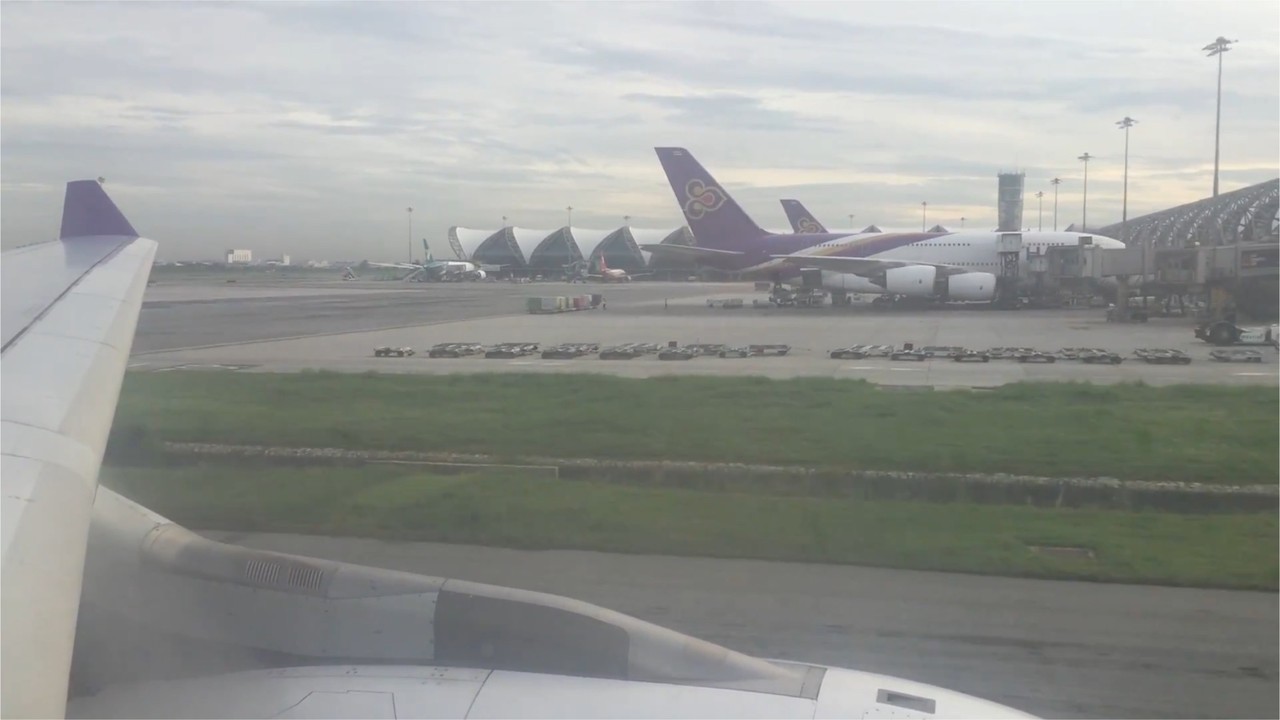 We parked next to another Thai Airbus A330-300 at one of the remote stands bringing us to the end of this flight report. 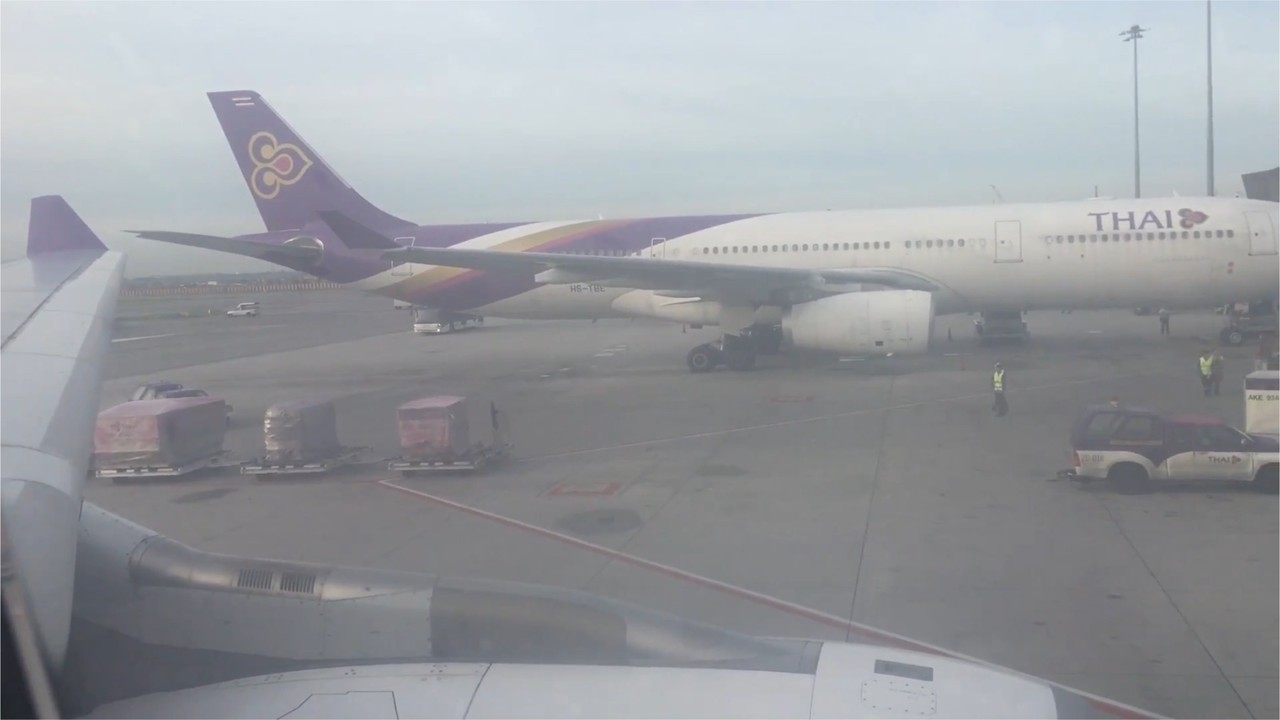 Overall i have travelled with Thai Airways a number of times and to be honest they really never disappoint.The seat overall was comfortable ,although a bit old school seats but then again i got some good sleep on this red eye flight. The meal served on this flight was delicious and fresh.The IFE was pretty decent with good number of entertainment options and with the new seats the IFE experience will be even better.The cabin crew on this flight were also happy and cheerful but also professional in their job.To conclude Thai Airways are one of the best airlines in Asia and i most definitely recommend flying with them.

He wrote 26 reviews about 11 airlines and 16 airports.