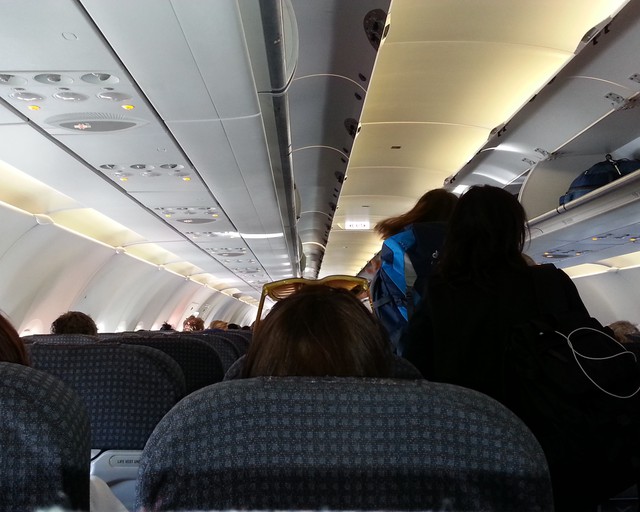 This trip report is from 2014 returning to Sydney. Read the Sydney to Melbourne trip by clicking on here:  TigerAir TT251 Sydney (SYD) - Melbourne Tullamarine (MEL)

Arrived at the Airport by Skybus from Southern Cross station. I had arrived early to the airport and headed for some meal at the International terminal before heading to Tiger Terminal.

I wasn't carrying any check-in luggage. I had check for the flight and printed the boarding pass earlier. I was able to skip the check-in queue and head straight to security.

I had enough time to spare to board, Waited in the boarding area for call to board. Soon enough time passed and boarding was called. Boarding paper was checked and proceeded towards the tarmac.

Flight for this trip was full. On entering aircraft through the rear stairs, crew checked the boarding paper..As I had not selected the seat while booking, I got a aisle seat for this trip. 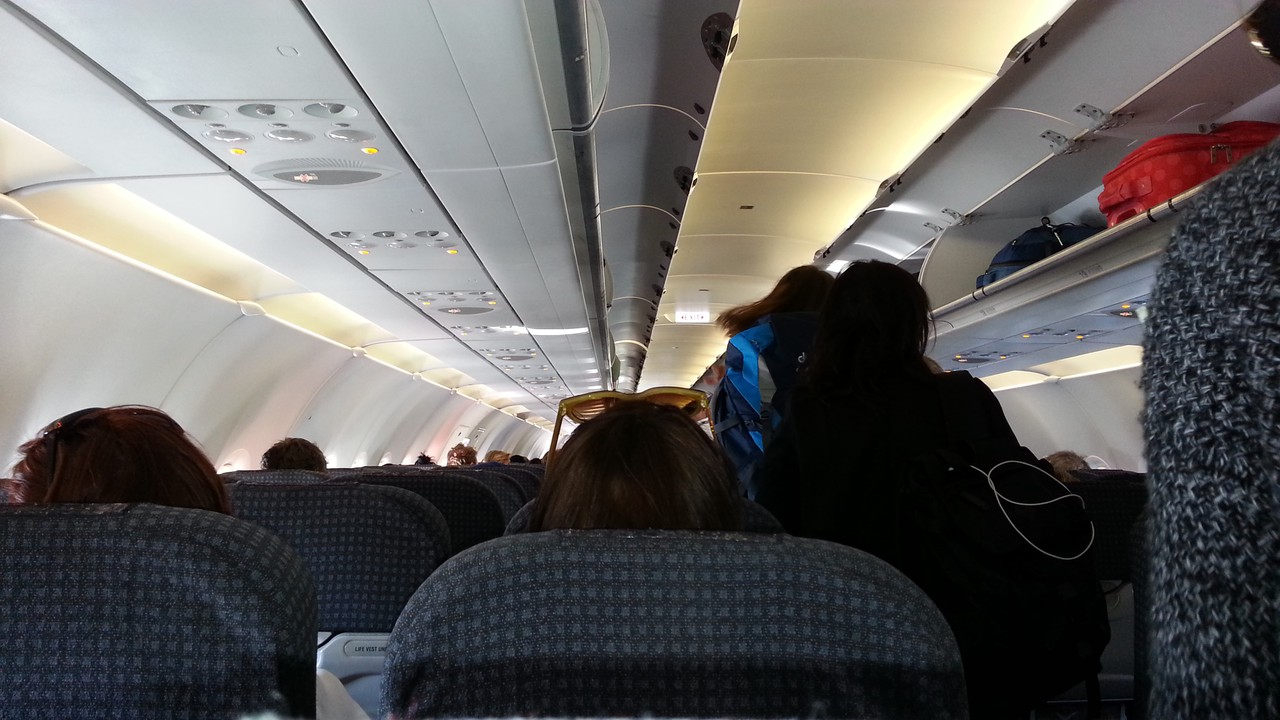 Boarding was completed soon and flight was ready for departure. As I was seated in the aisle, watched as the aircraft taxied towards runway 27 and departed towards South turning West and then North towards Sydney.

After reaching cruising altitude, Cabin service began with Buy on Board. As I had already eaten earlier, rested through the flight. 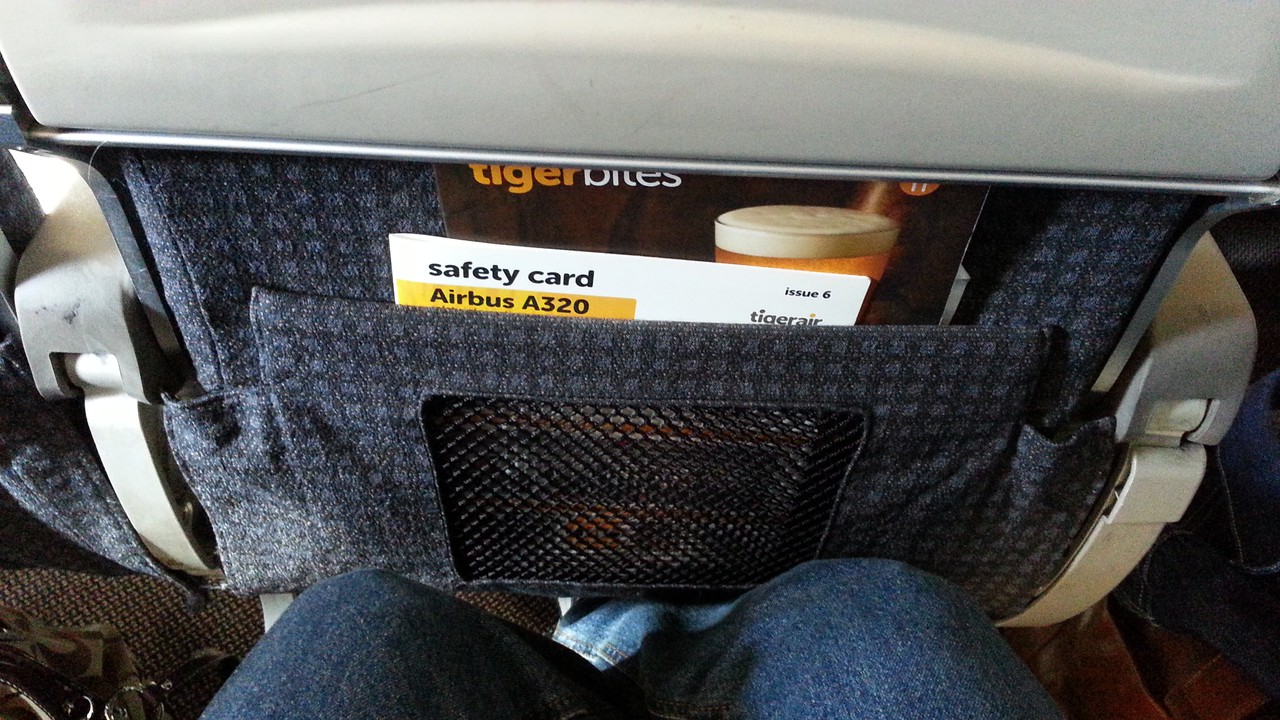 Flight was short and soon it was arrival time. Landed on runway 34L and taxied to the gate 58. 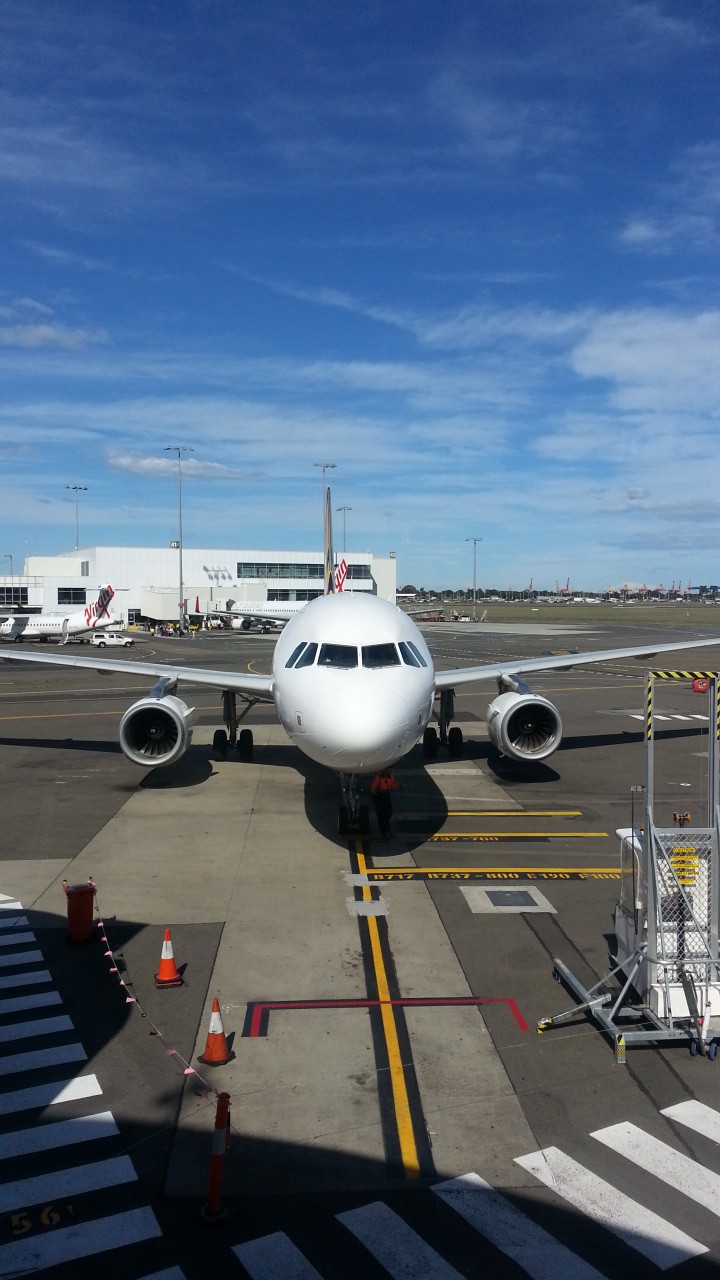 After disembarking from the stairs, I headed for the exit As I had not bags to collect, Walked towards the domestic train station and headed home.

During my visit to Melbourne, I went to Dandenong ranges. 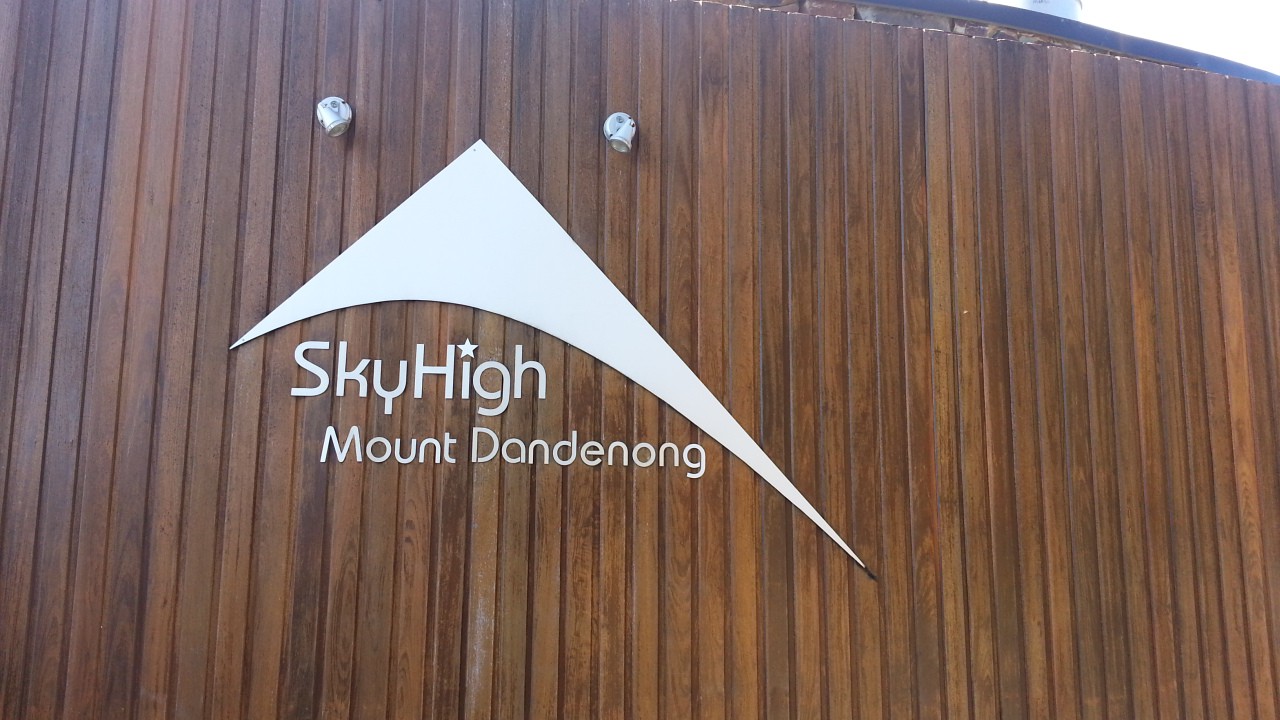 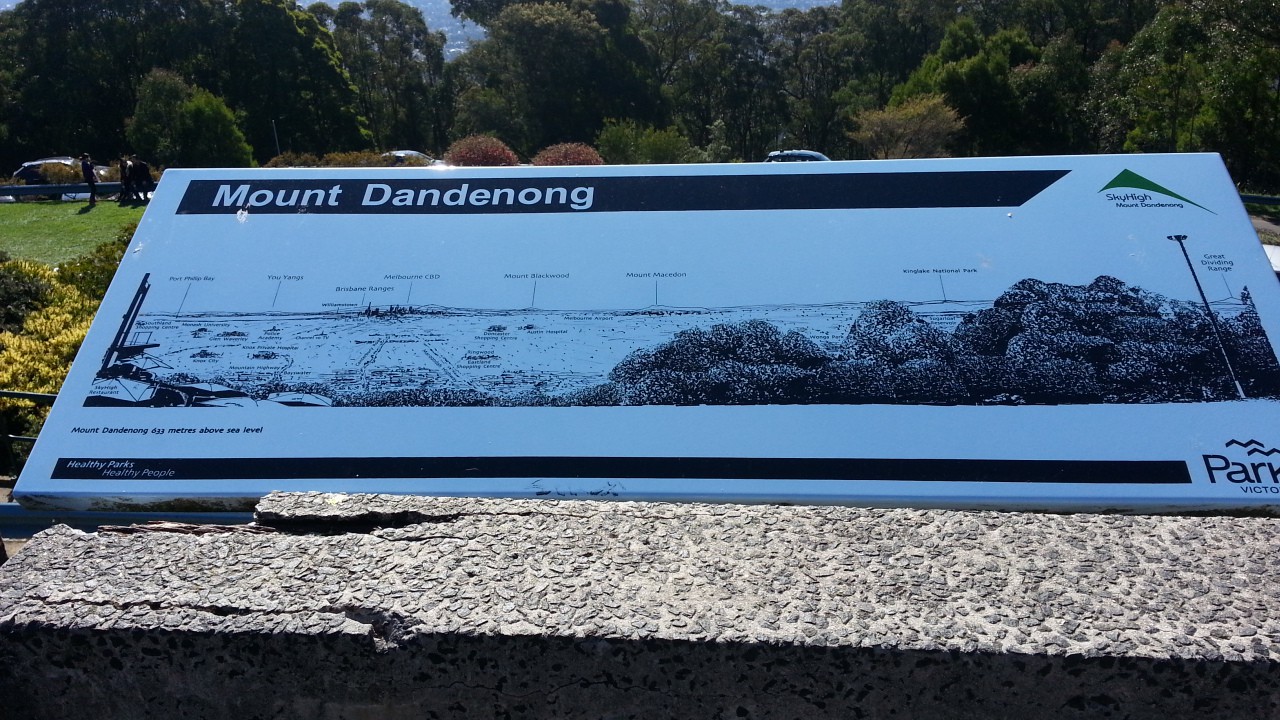 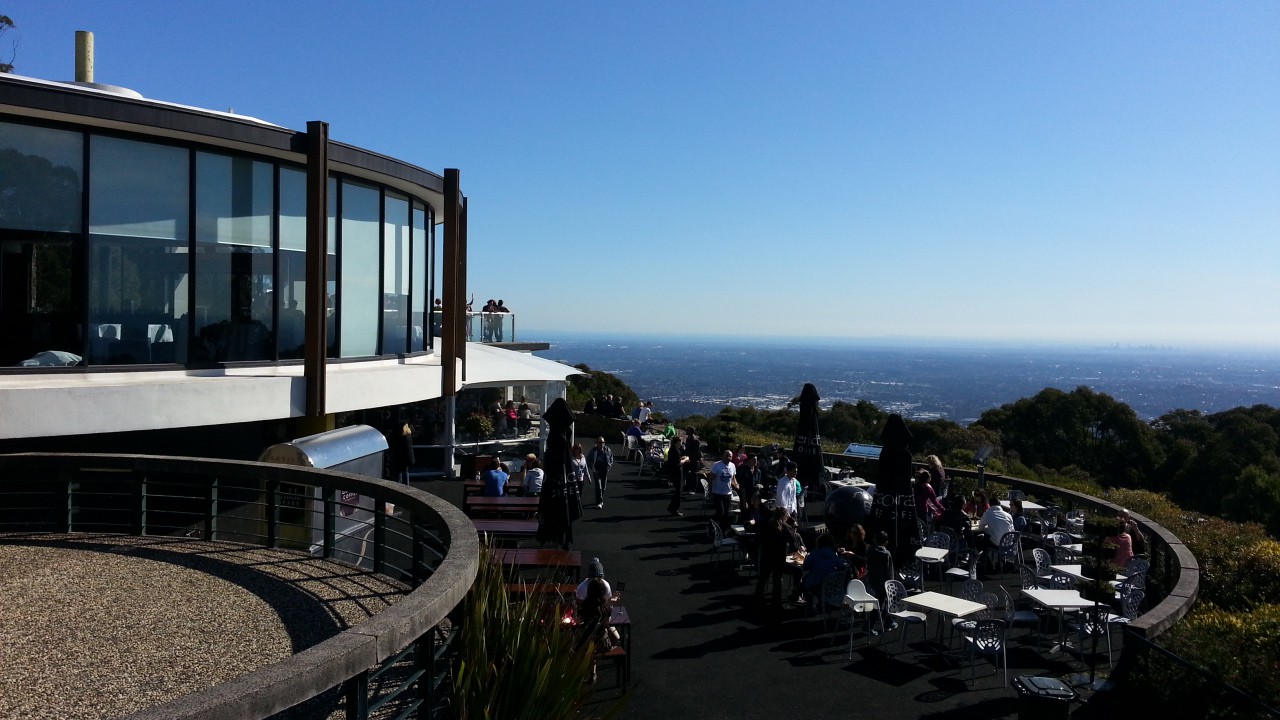 I had chosen to fly with TigerAir for the price and timing convenience. Flight departed and arrived on time. Being a short trip, I rested through the flight and did not require any entertainment or service. Overall I had a satisfying trip.