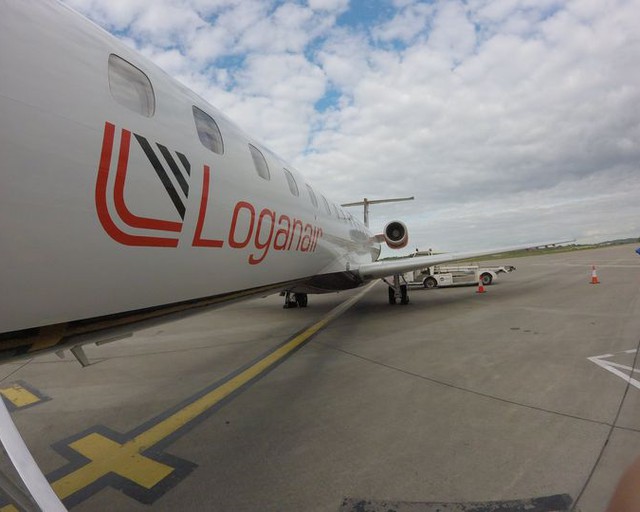 Time to fly back to the Deep South of England. As easyJet only has two flights a week to BOH, I found myself flying back to Southampton, with a new(ish) airline to my flight log- LOGANAIR.

My last flight of 2020 was my first flight on Loganair and I knew they'd be a good shout for any Scottish flights I need to Southampton, and sure enough, I wasn't to be disappointed. 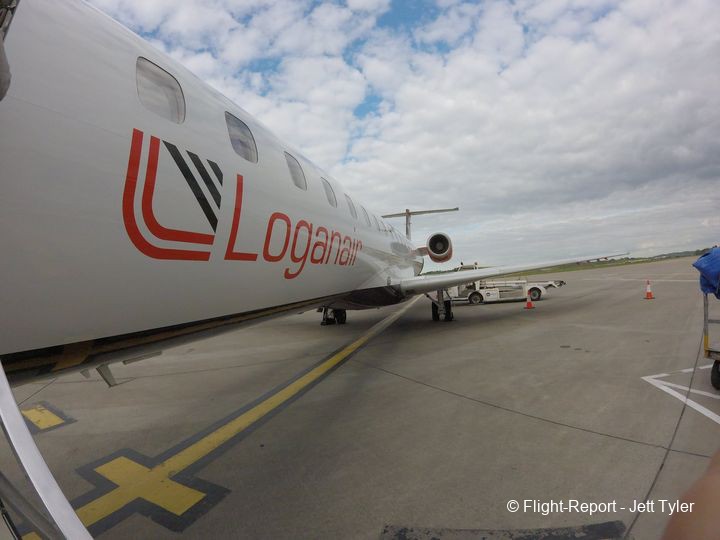 Last time I flew with them from Newcastle to Southampton, I was on an ERJ-135 regional jet, this time would be the larger cousin- the Embraer ERJ-145, a new aircraft for my log. Loganair is starting to warm to me, but I really am looking forward to enjoying a flight experience without CV-19 restrictions in place.

Edinburgh was really quiet most of the day, only a good 10 flights departed or arrived during my 4 hours there. Only four of them were going outside the UK, the rest were all Domestic to England or Scottish islands. I've slept overnight in Edinburgh Airport a few times in the past, and even then there was more activity at 2am than there was on this trip! 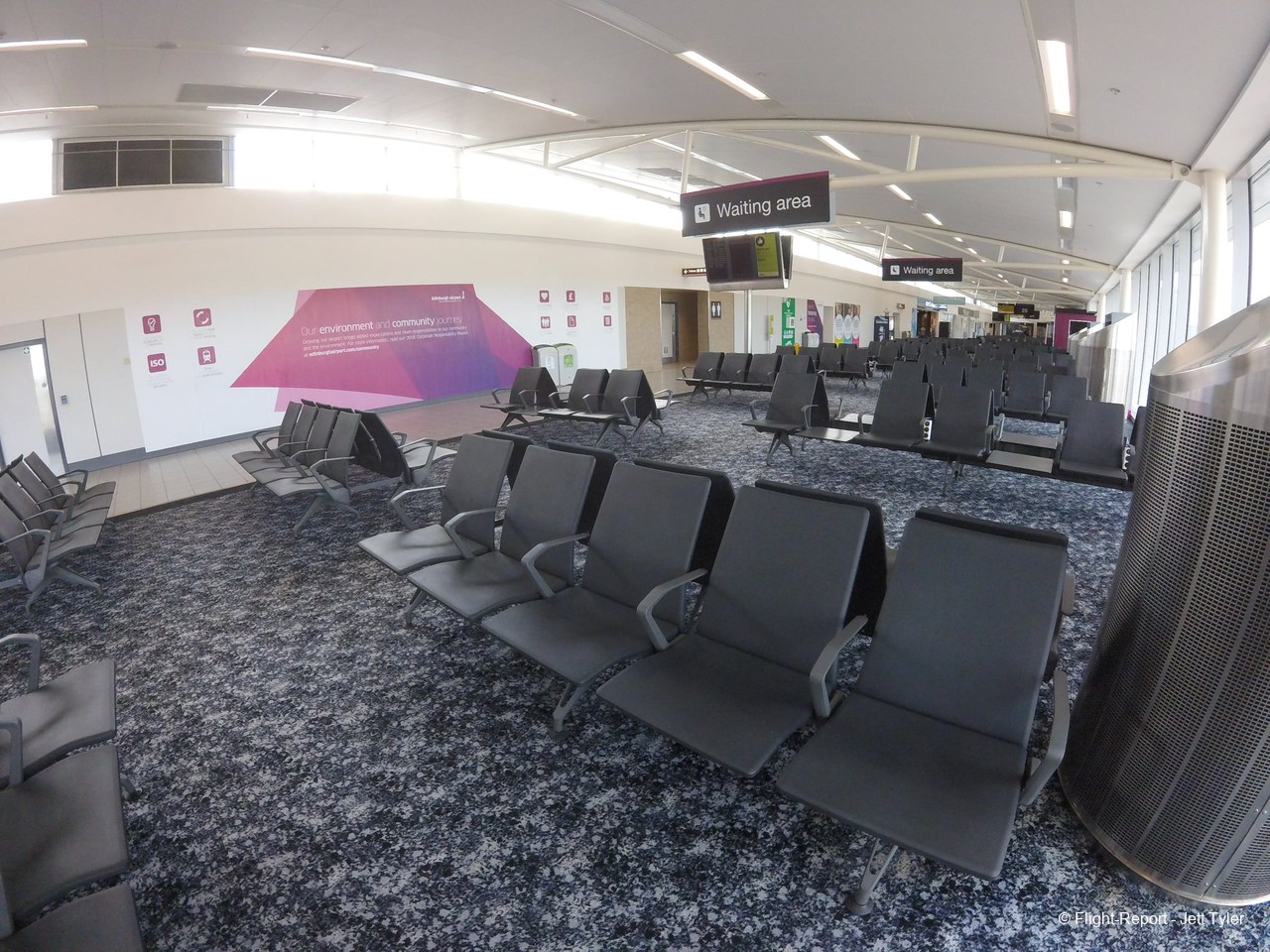 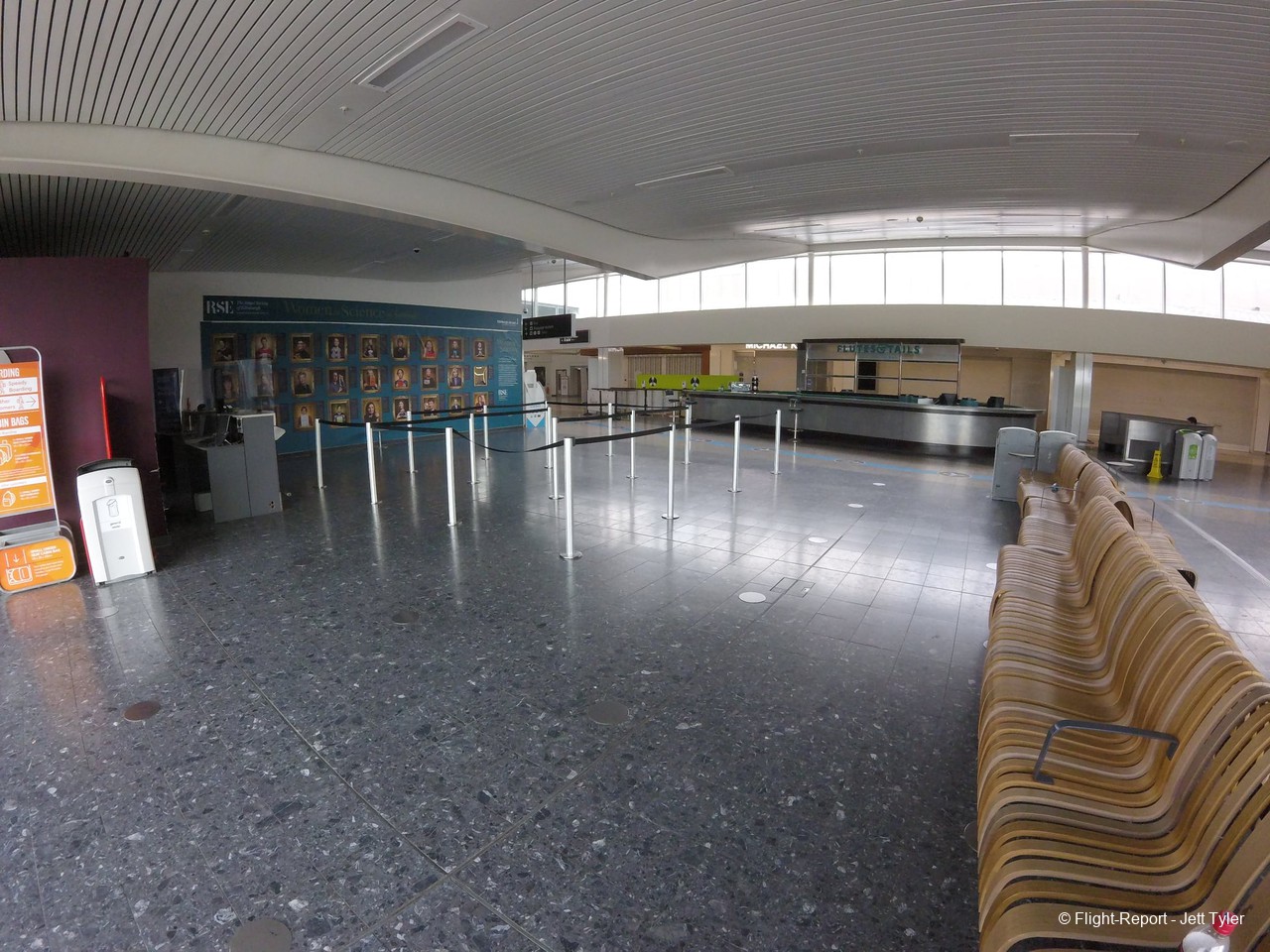 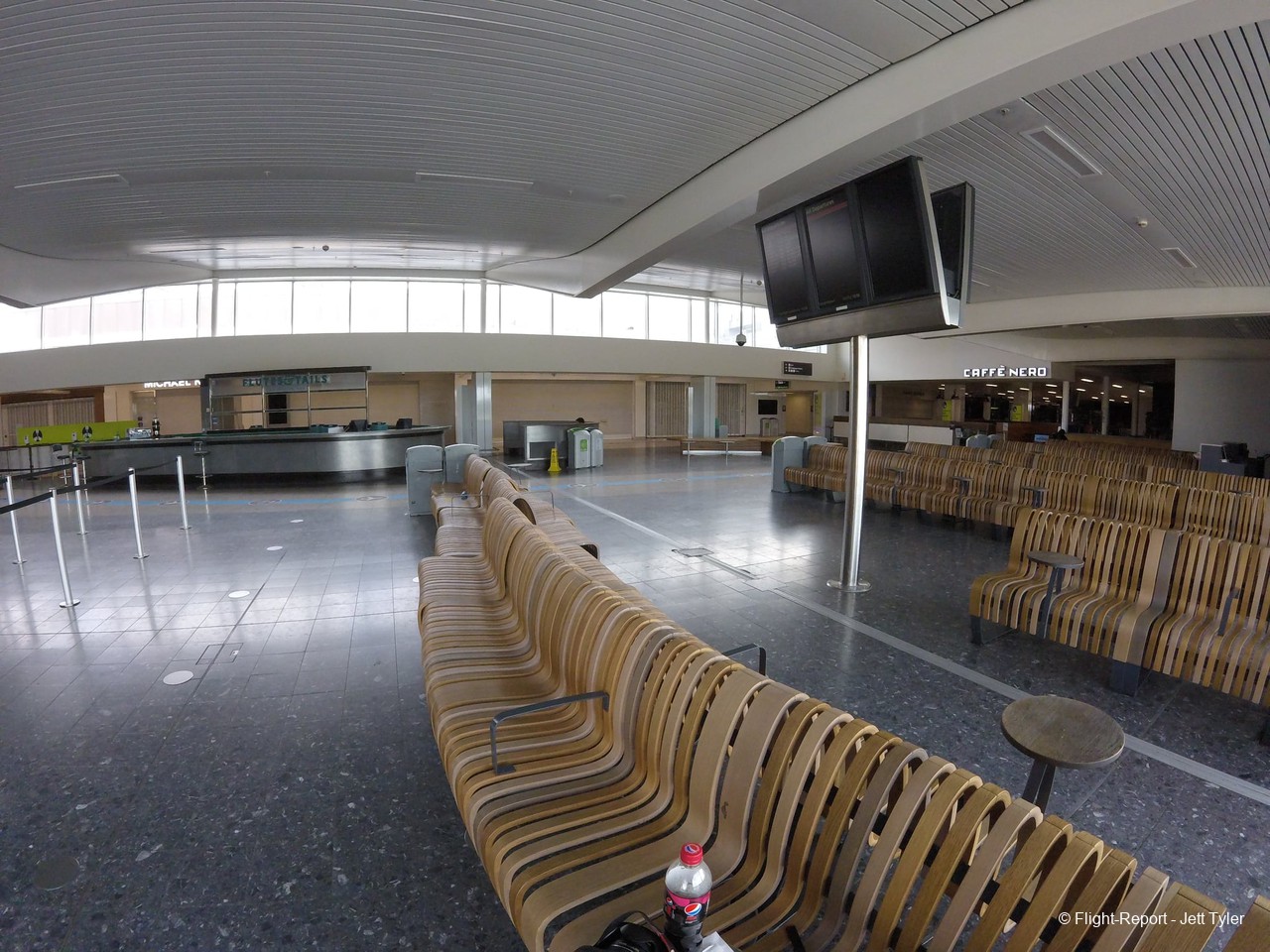 My flight was operated by the ERJ-145 "Clan McRichie" G-SAJD. This aircraft was built in 2001 and served with BMI Regional as G-RJXI from its delivery until February 2019 when the airline went bankrupt, barring a short stint with Brussels Airlines operated by BMI Regional. Loganair acquired this aircraft in September 2019 with a new (and current) livery, name and registration. 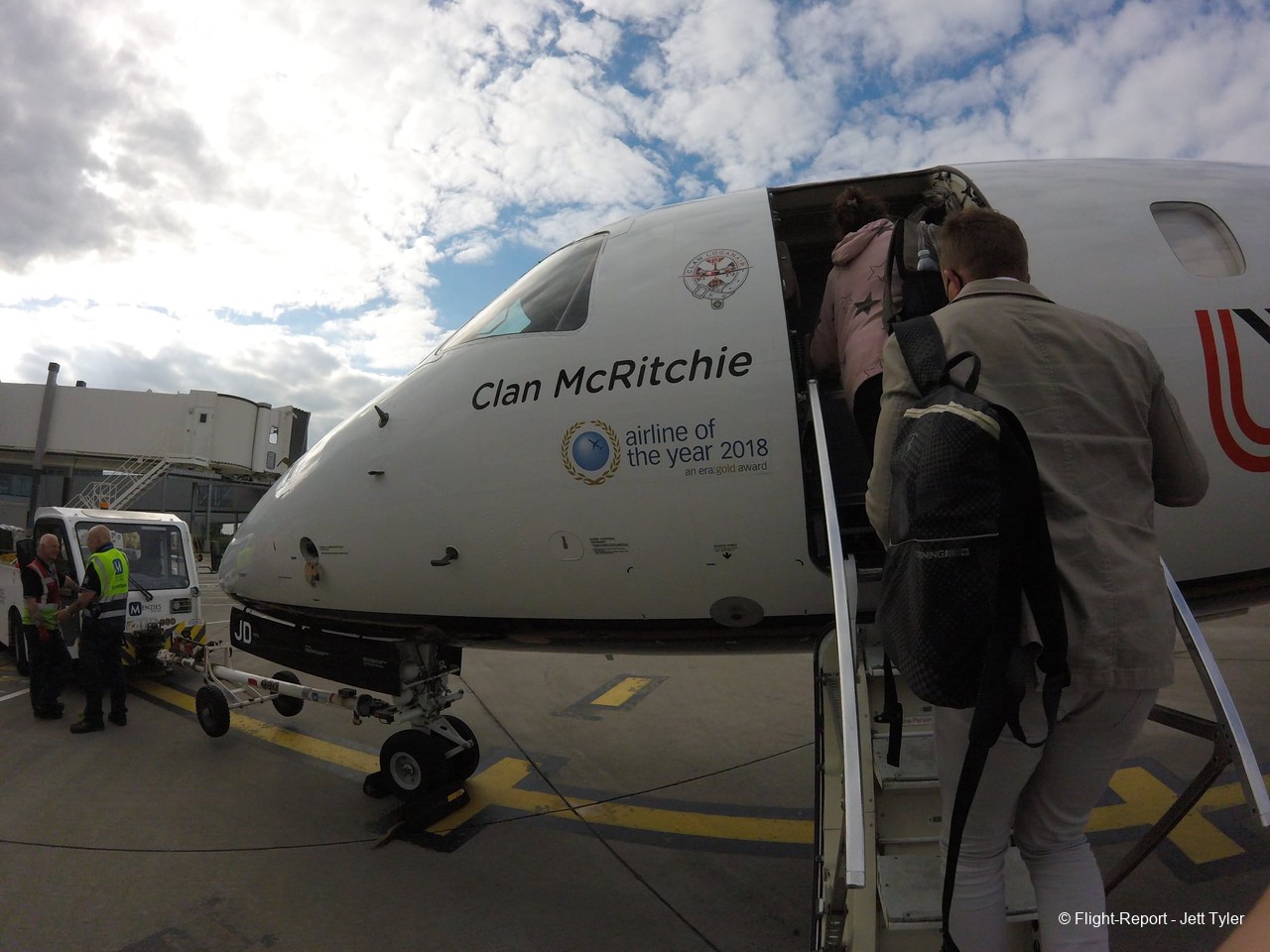 Boarding was commenced about 45 minutes before our scheduled departure. I chose to board near the end, the gate staff boarded us at a jet way next to a FRA bound Lufthansa CRJ-900. Us Loganair passengers went halfway through the jet-bridge and then descended out onto the tarmac to our Embraer ERJ which was boarding from the front door. 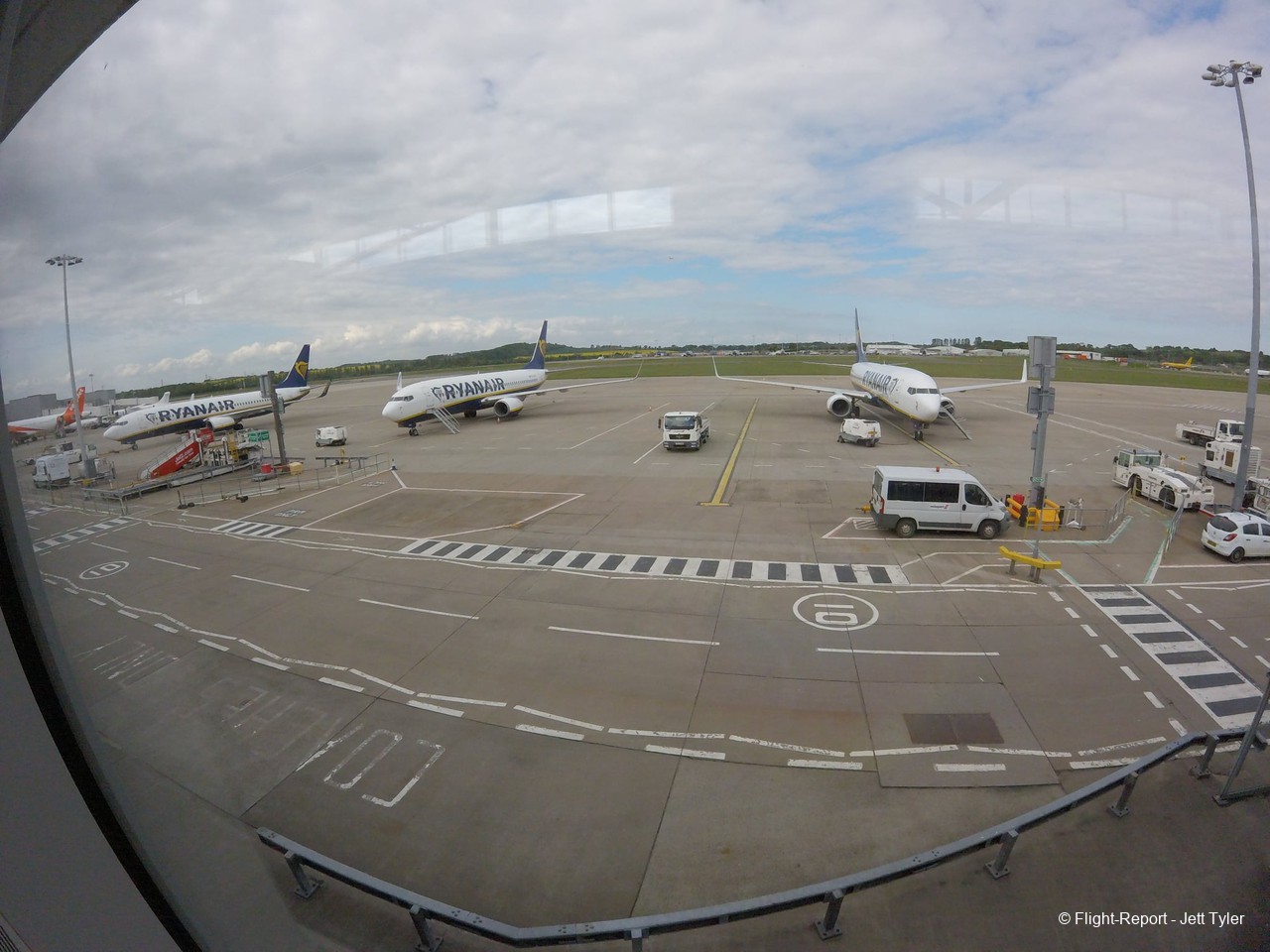 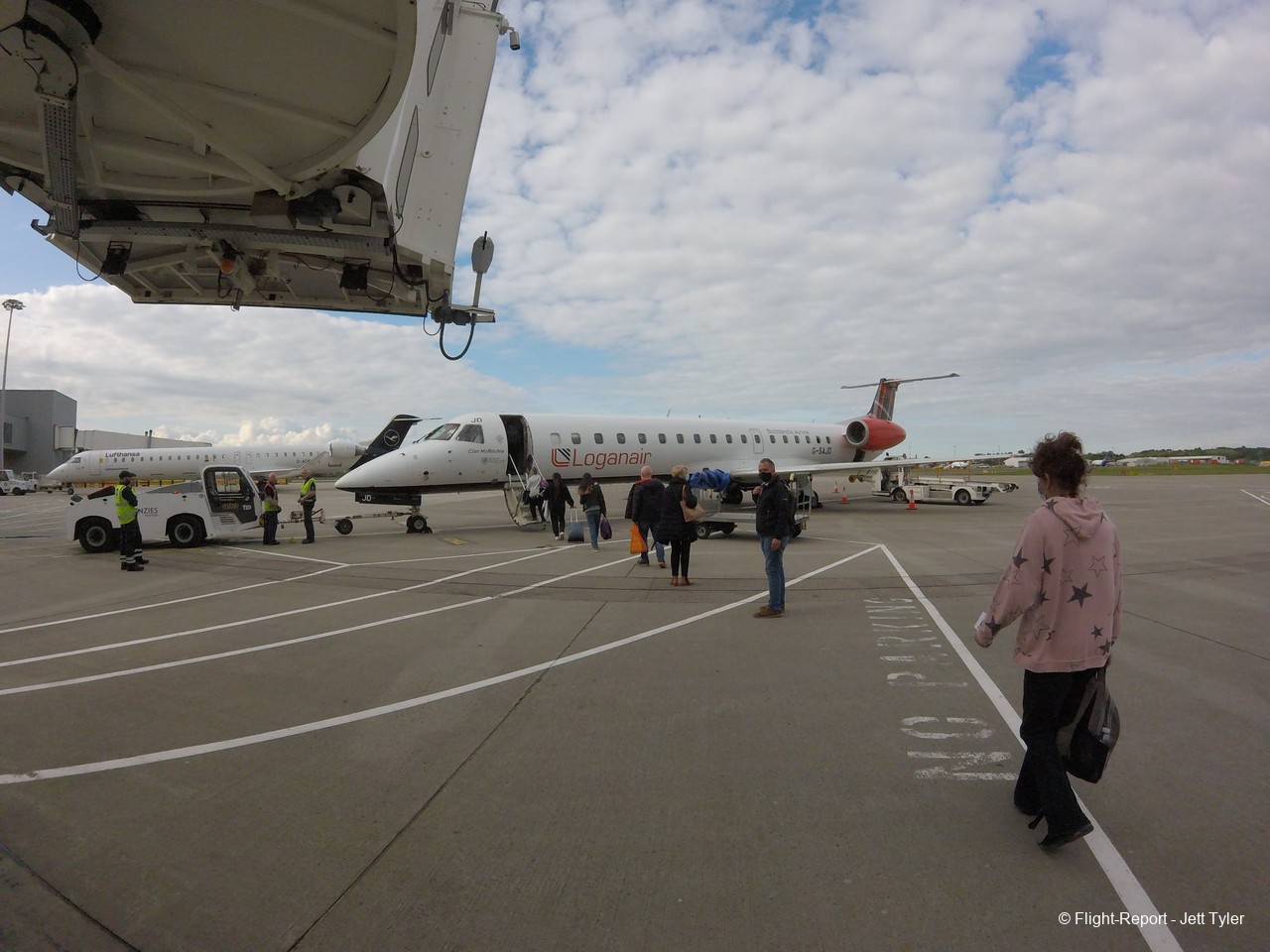 Our flight boarded on time and was ready to push back. The flight appeared to be about 60-65% full as the rear cabin was pretty sparse and the front of the plane was quite well loaded. The cabin (as with my earlier ERJ-135 flight in August) was still decorated as if we were still flying on a BMI Regional aircraft. Mask wearing for the flight was still mandatory at the time. 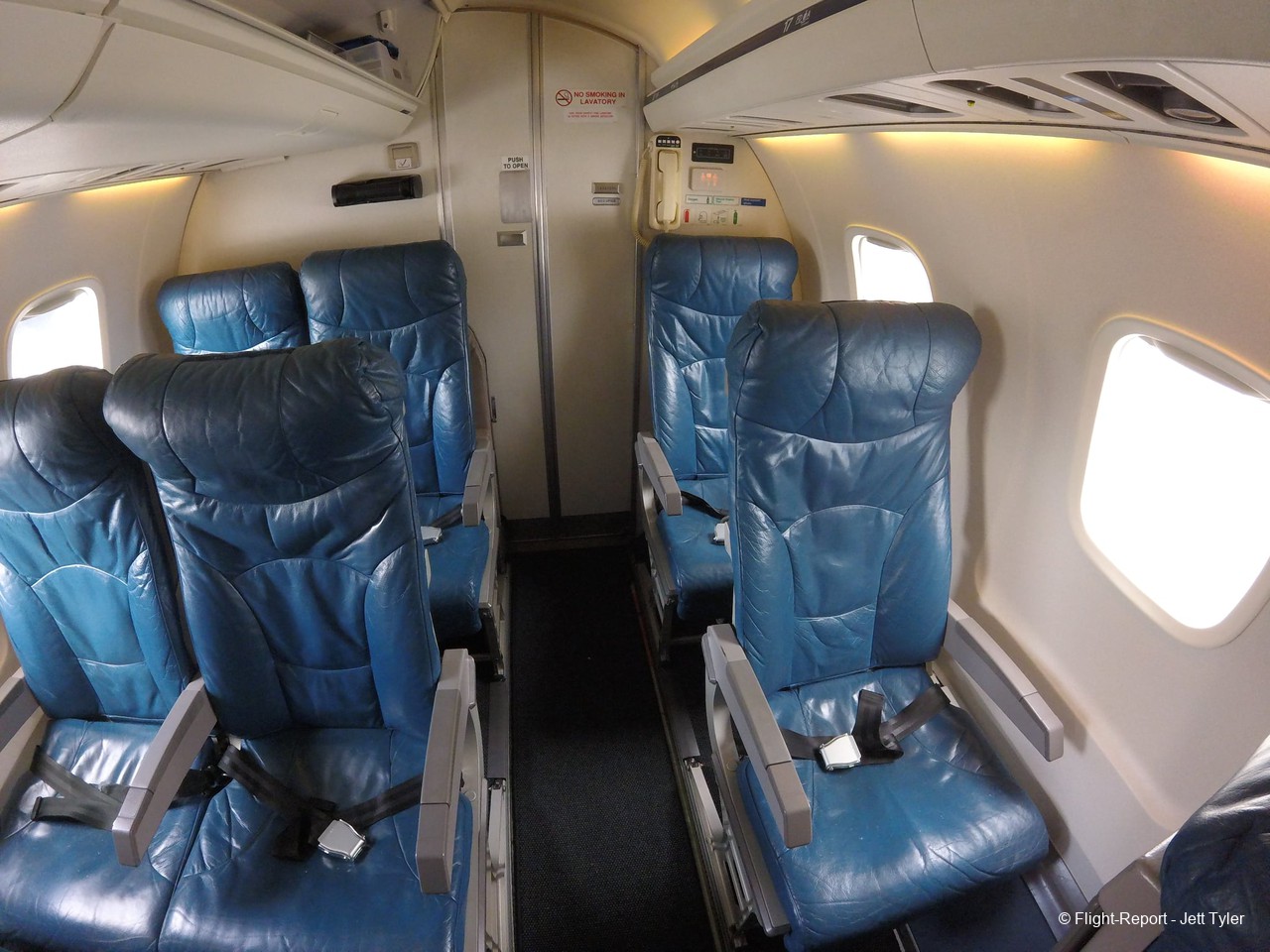 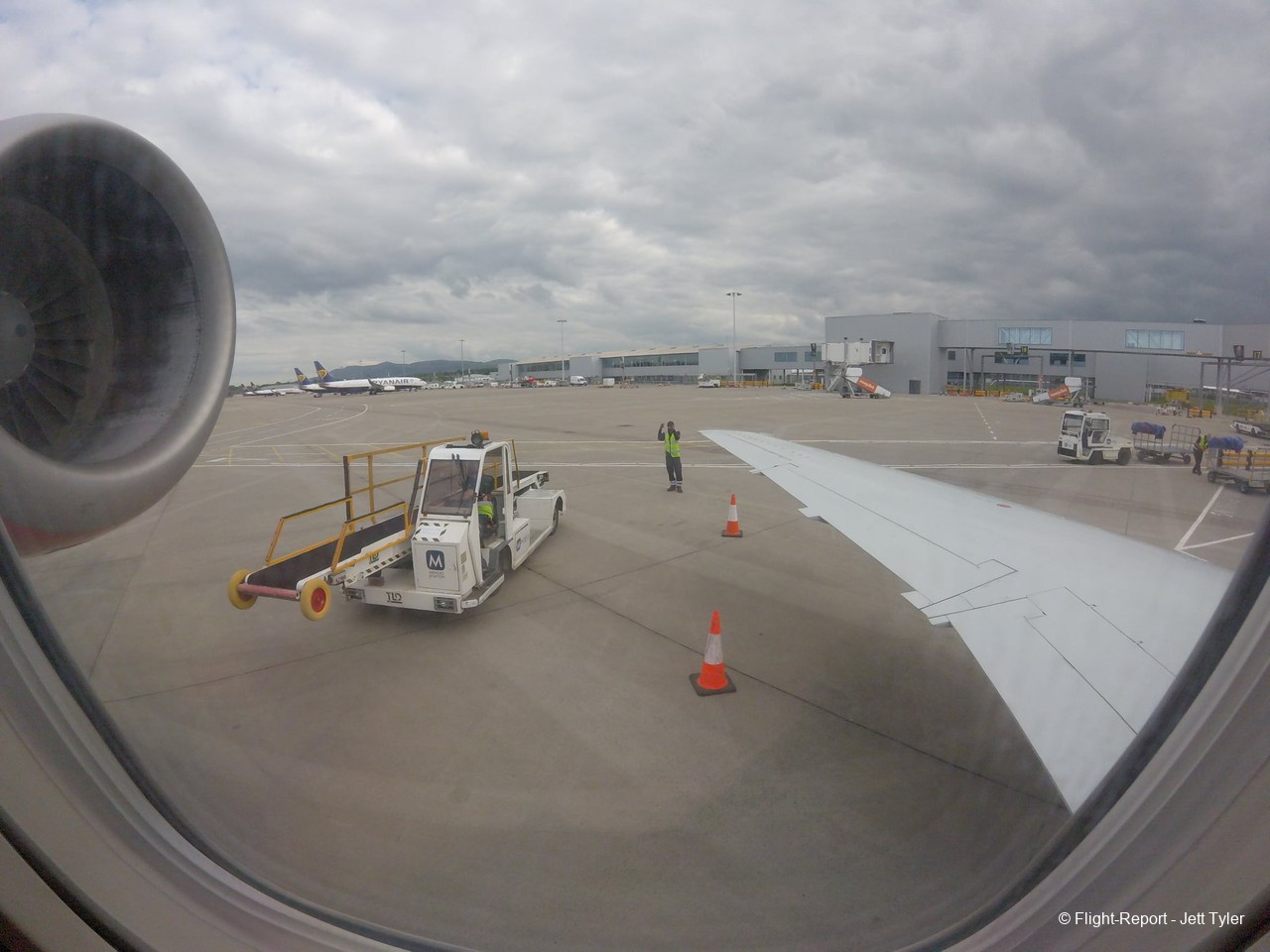 We taxied to Runway 06 and with a quick take off roll, the small pocket rocket was roaring out of Edinburgh for our 1 hour flight south to Southampton. 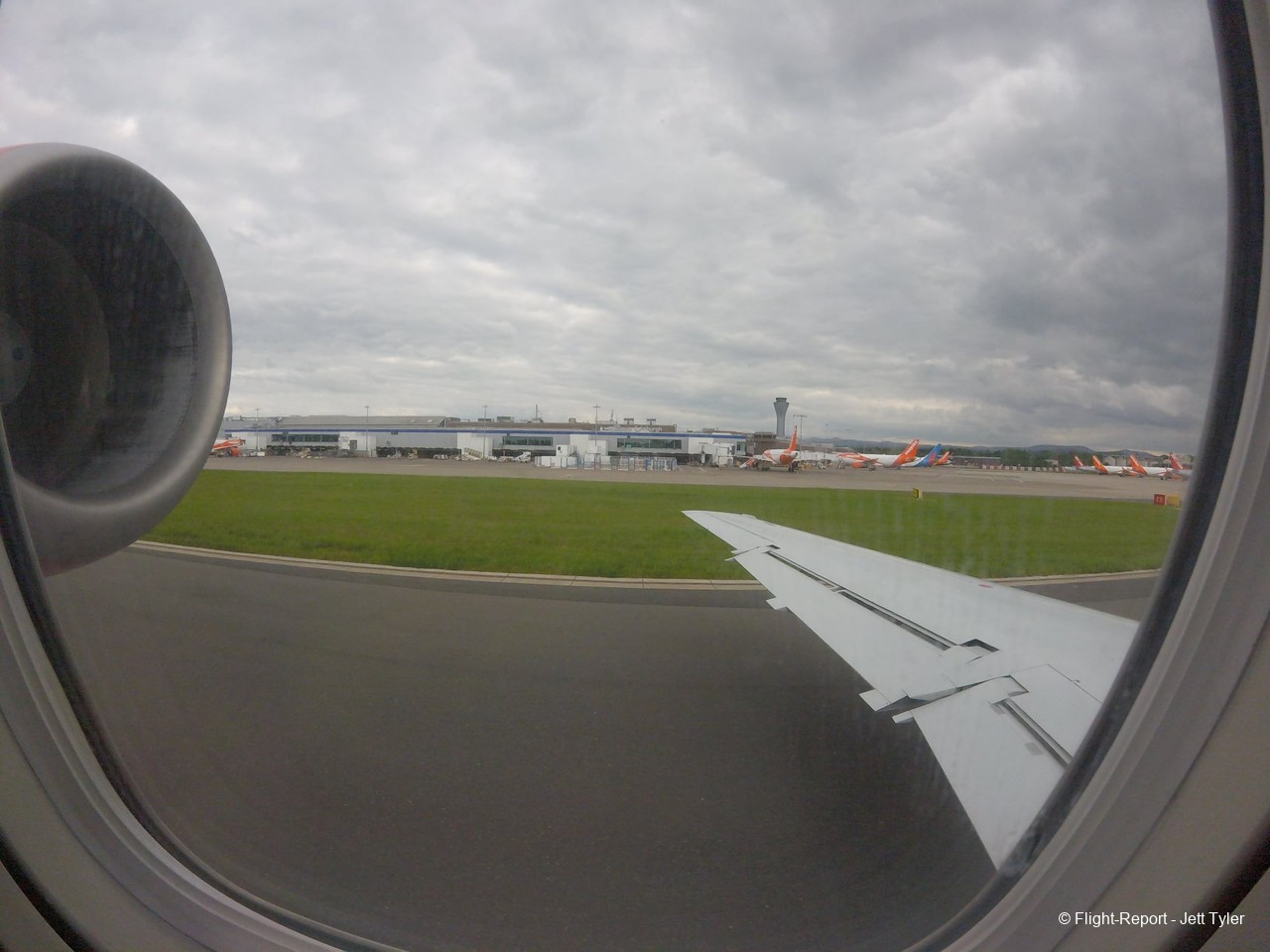 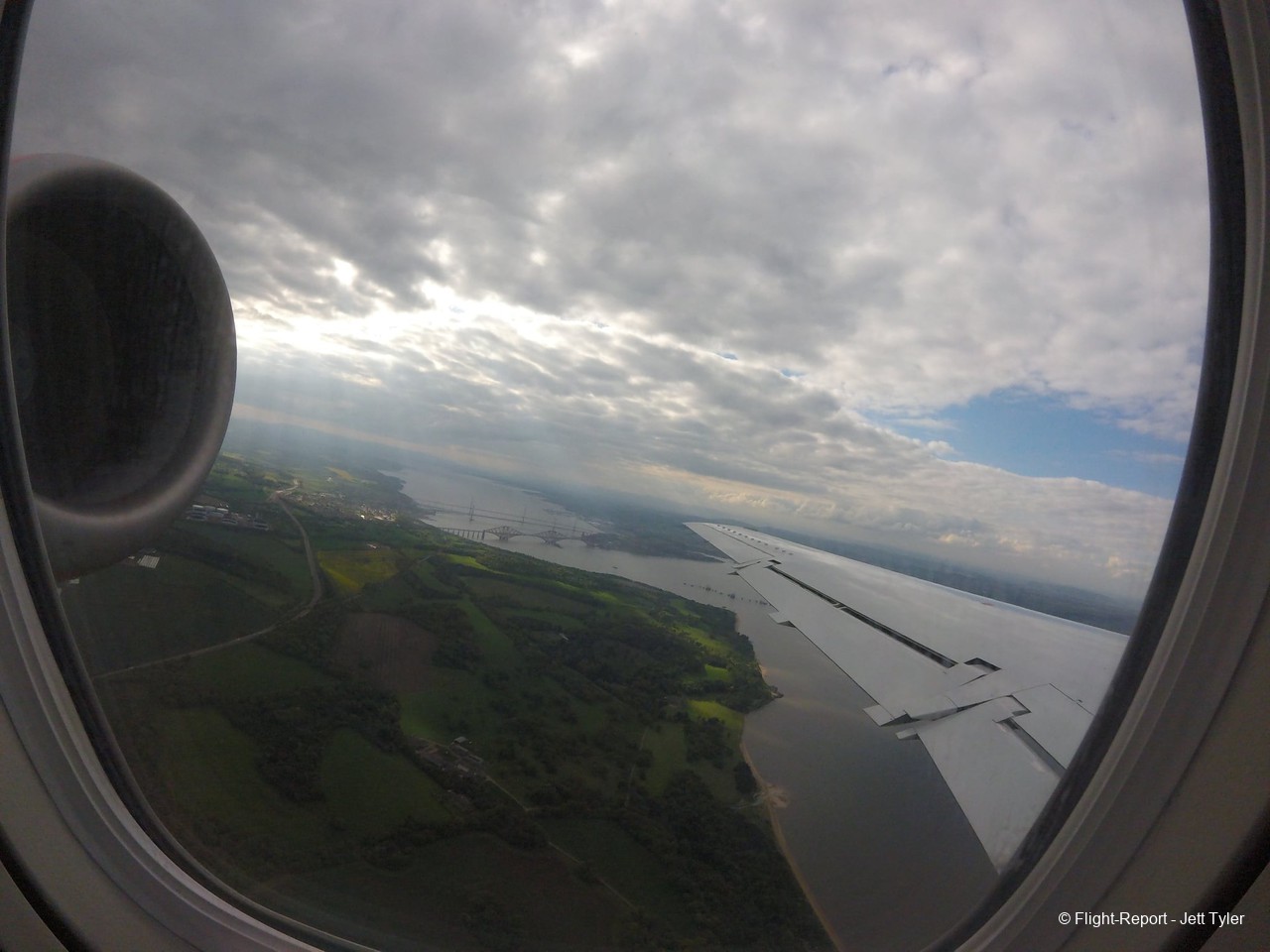 As with the flight to Edinburgh earlier in the day, this flight was smooth and had clear views as we darted across the UK. 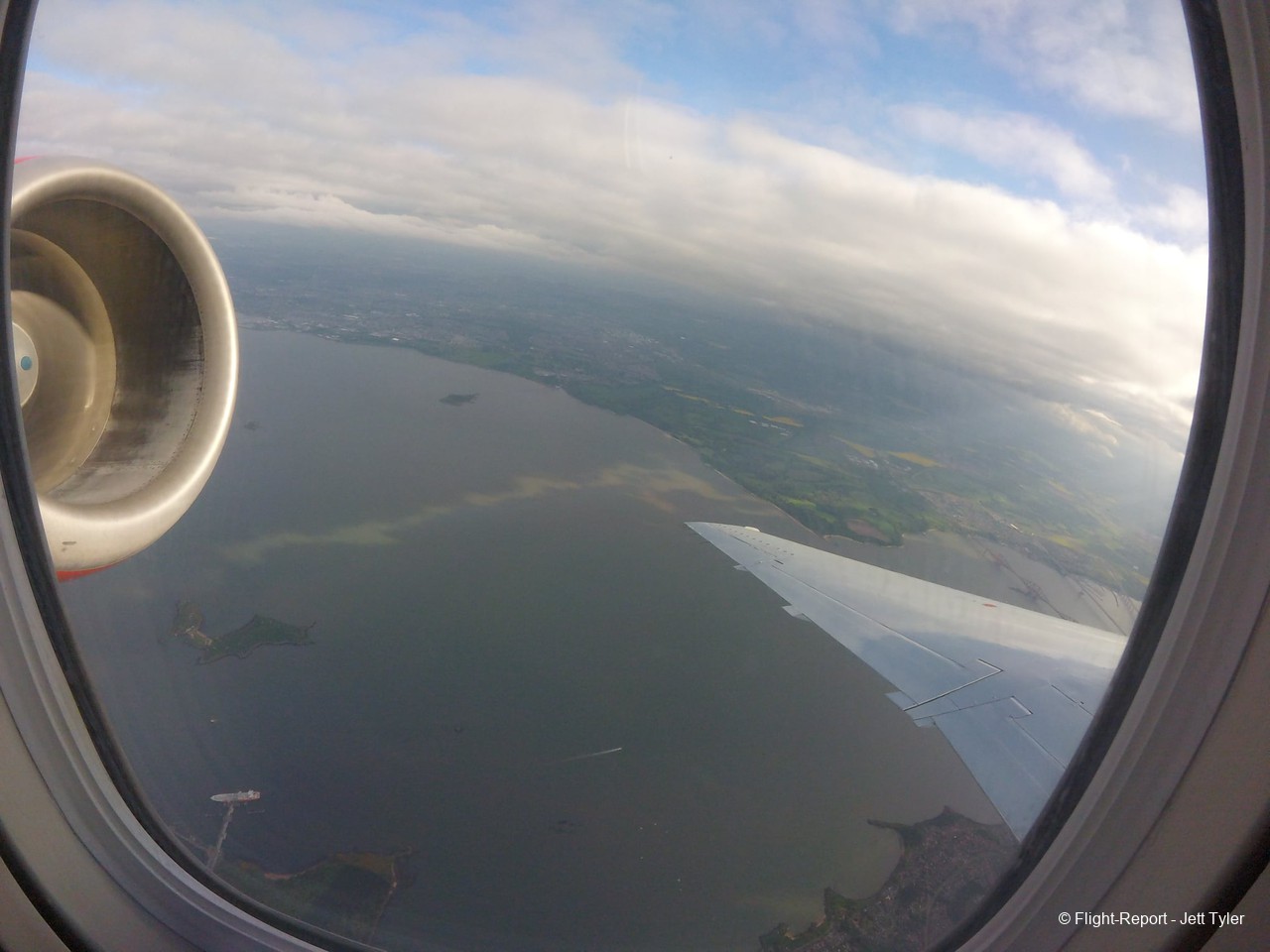 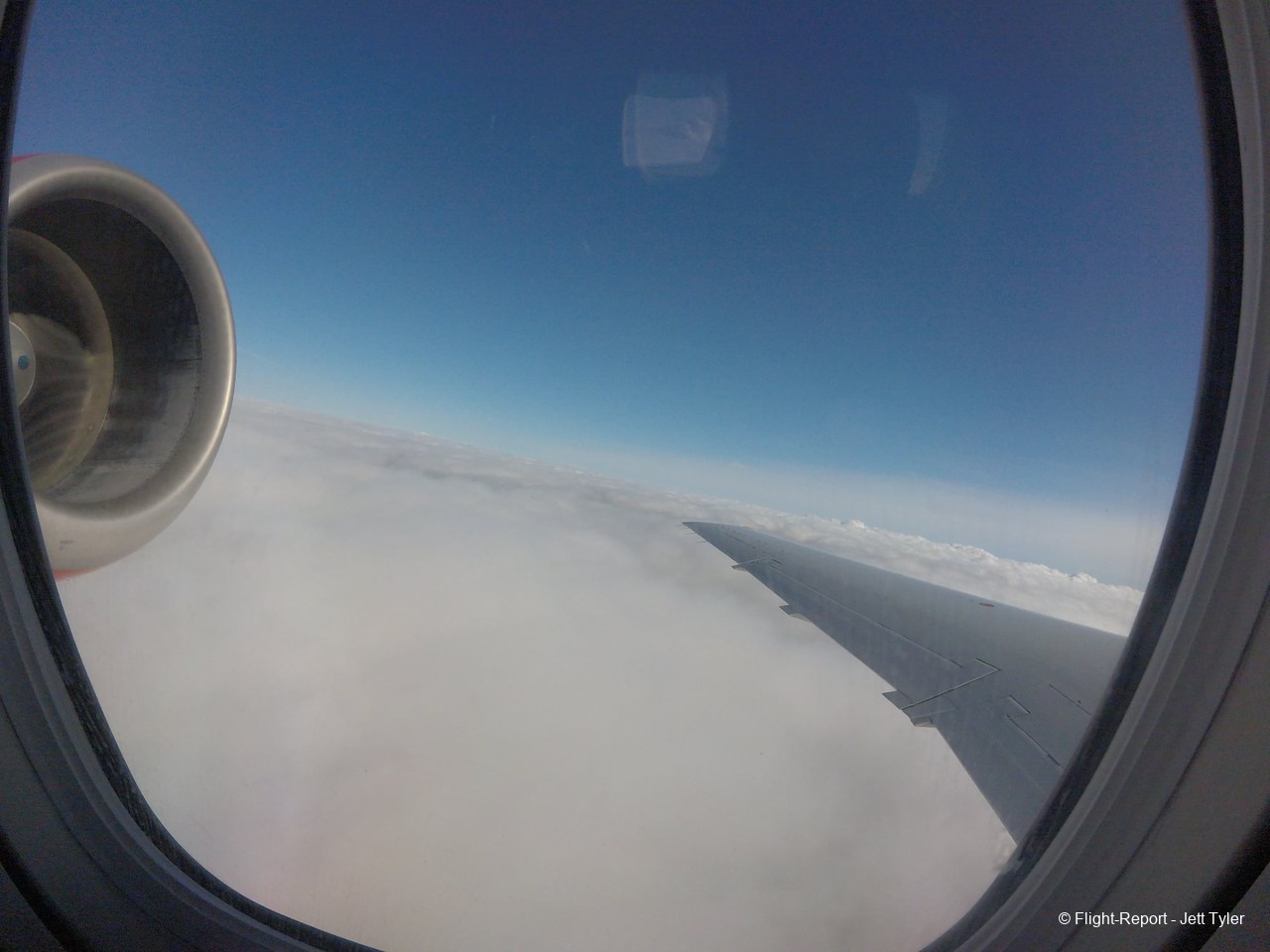 No inflight service is provided on Loganair still, but you are still able to request a bottle of water. Which is a necessity when flying, always a good idea to have a drink to keep hydrated on a flight of most lengths. 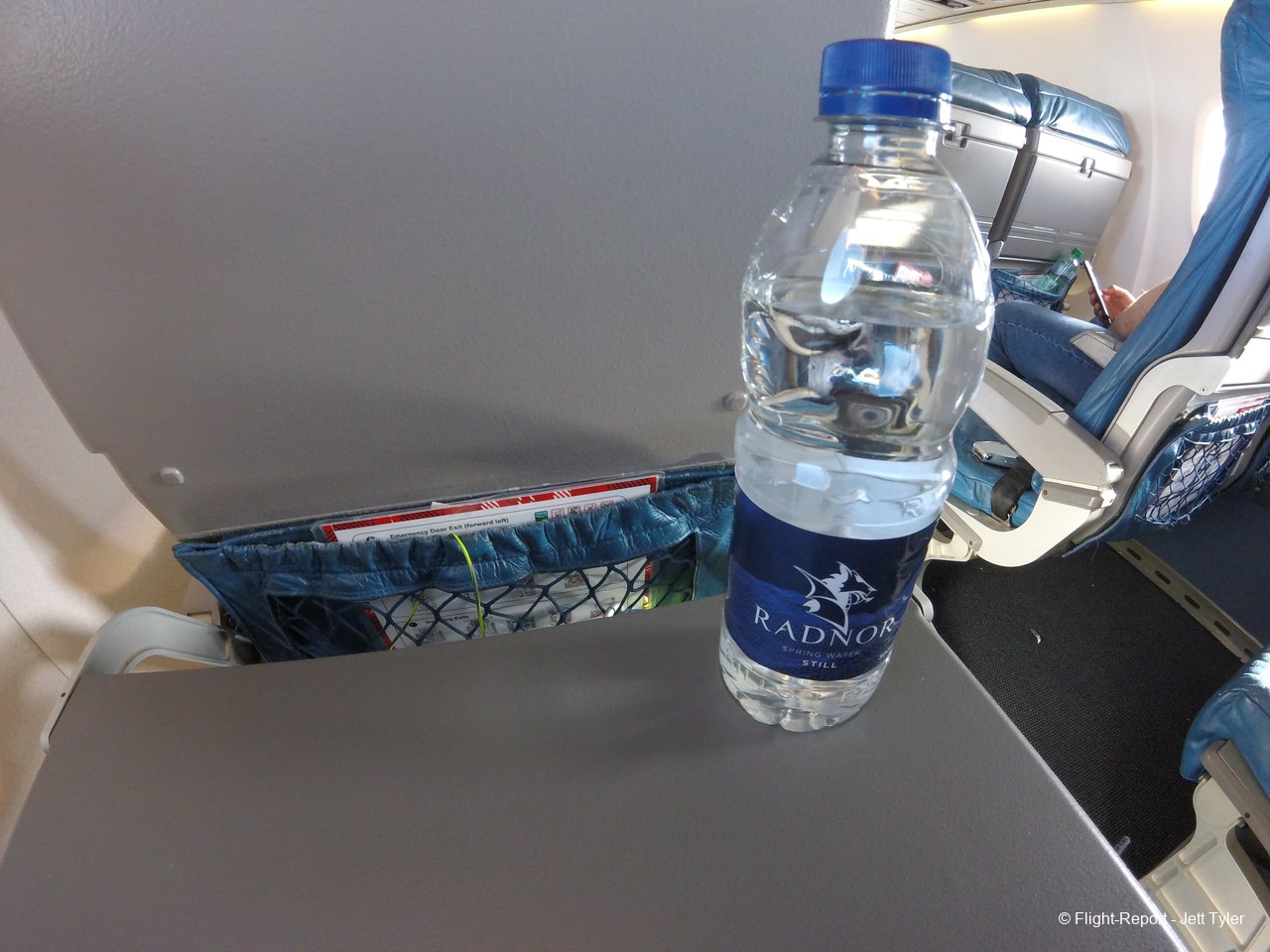 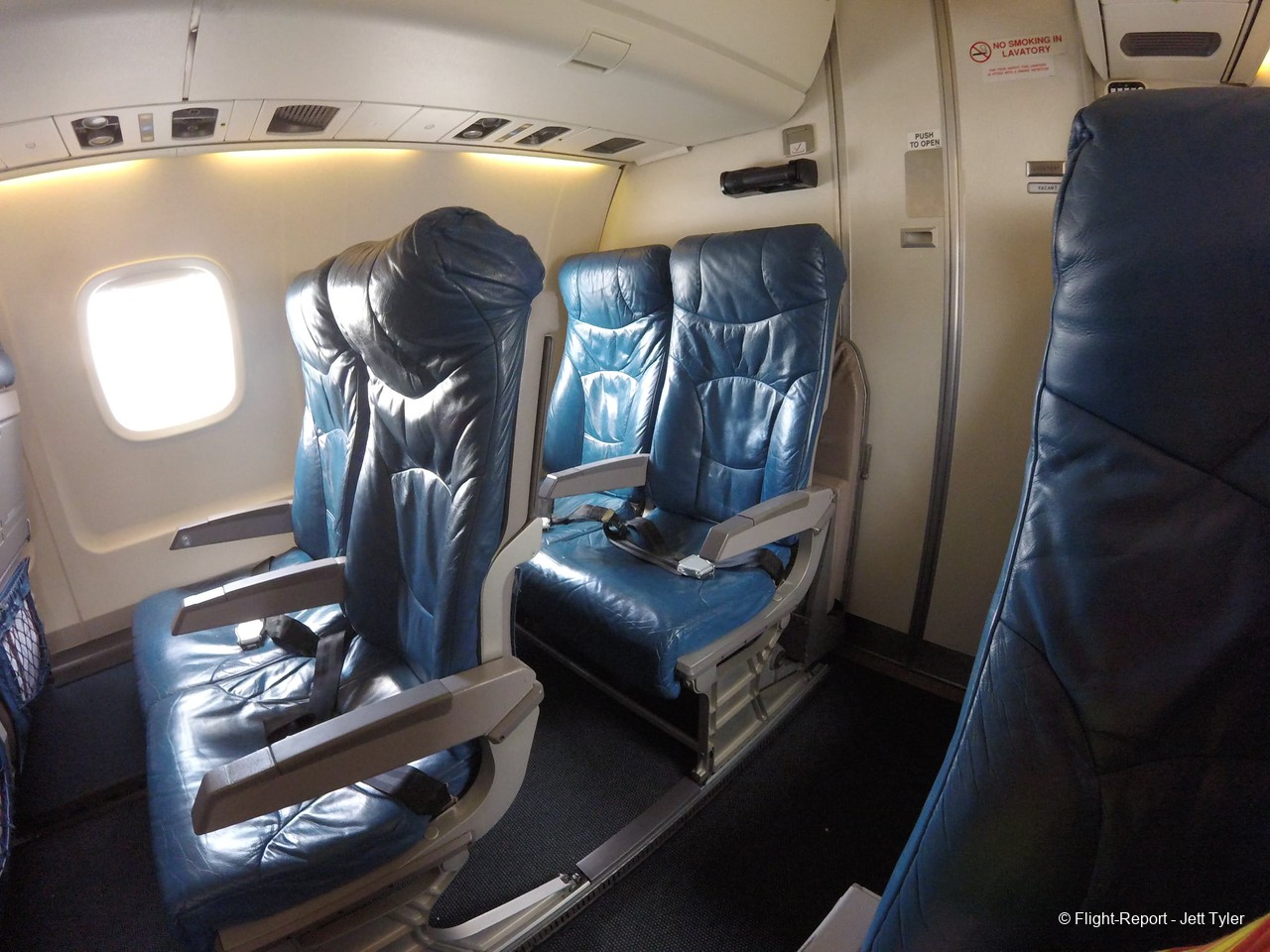 As we descended at the end of the flight, there was some amazing views of rural Hampshire countryside as we circled around. 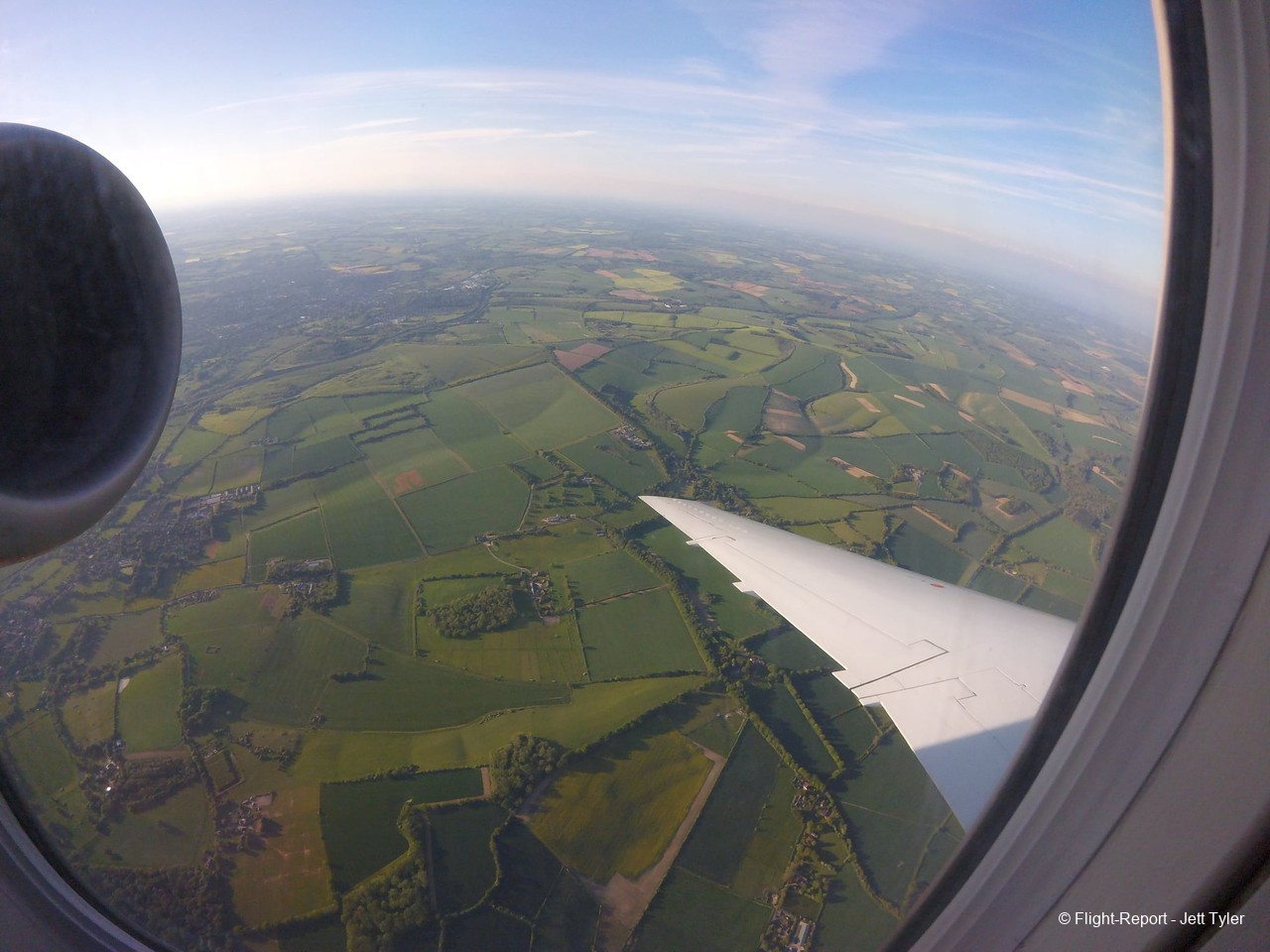 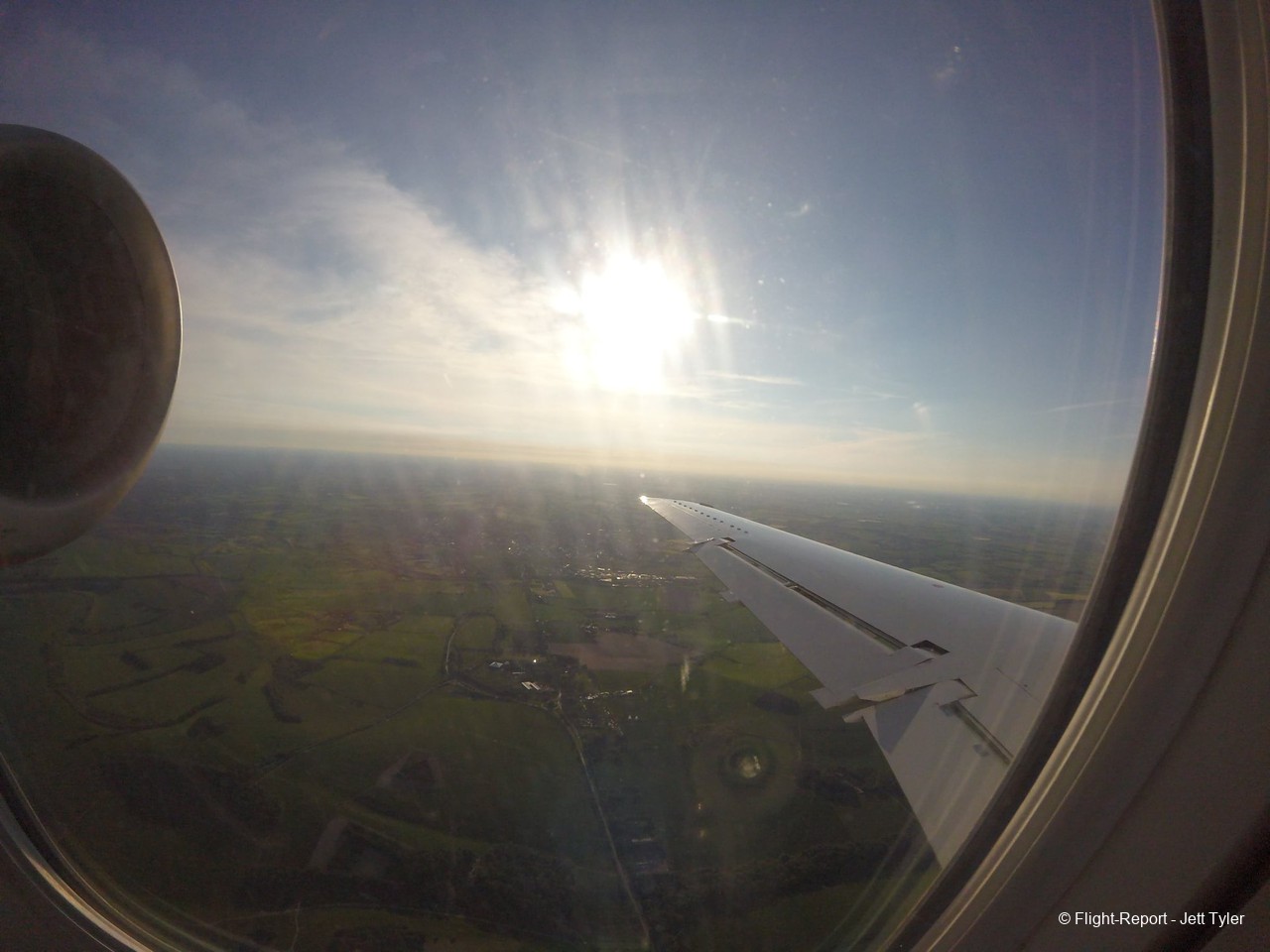 We landed pretty much on time, and taxied to our stand, parking next to a trio of Eastern Airways aircraft (ERJ-190, ATR 72 and Jetsteam 41), Loganair and Eastern Airways have sewn up the Southampton domestic routes since Flybe went.
KLM Cityhopper has taken the popular SOU-AMS service. My guess is most the seasonal or less popular routes won't return, though I remain keen to see if Air France Regional (HOP!) eventually picks up a Paris/Southampton (another ex-Flybe service) route if KLM continues in popularity. 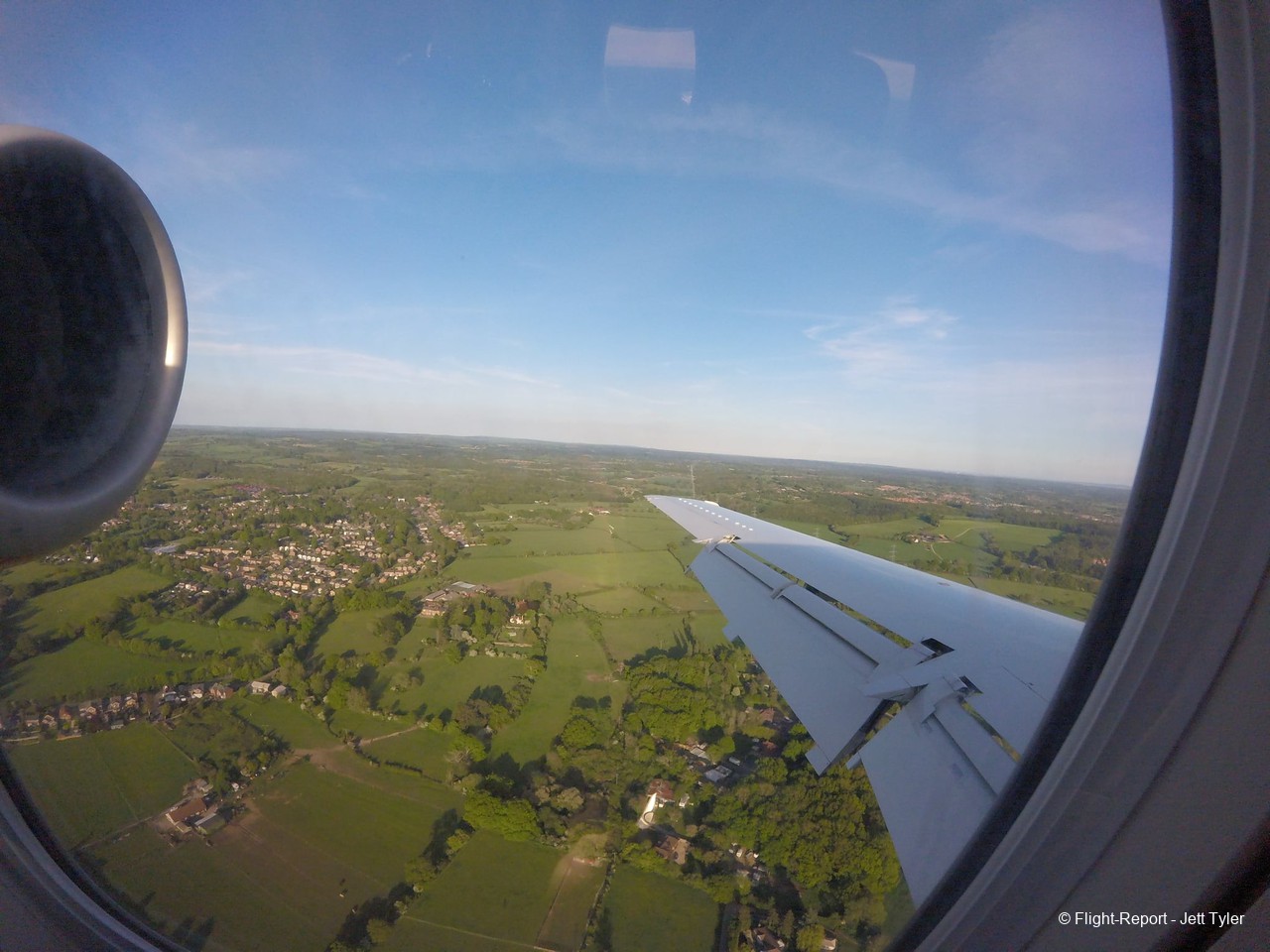 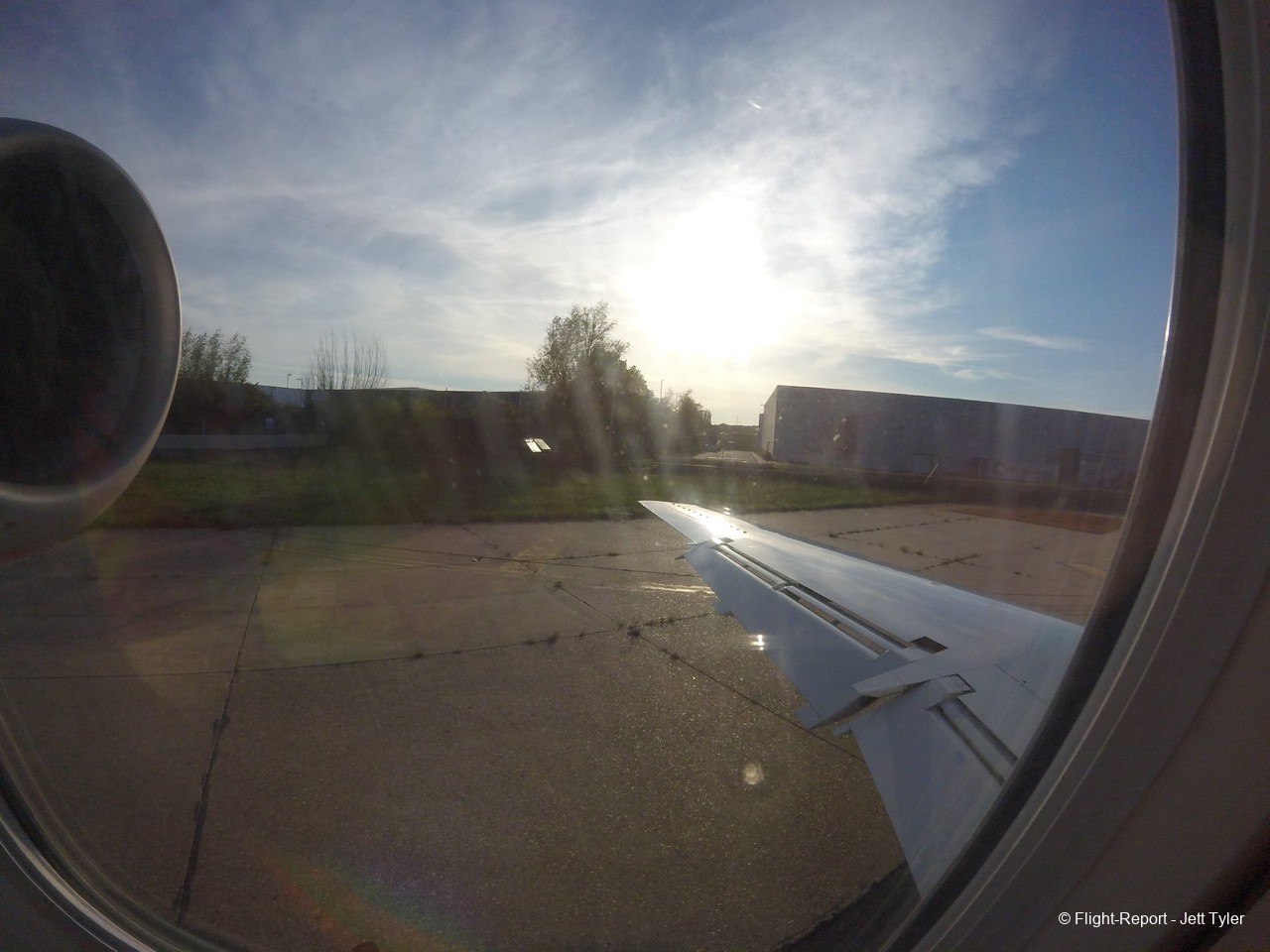 After leaving the Embraer I went to the end of the Terminal where they contain domestic arrivals into SOU, and went through into the main arrivals hall, the two restaurants there still both closed till further notice. I took the famed 99 steps to the train station to get a one-way ticket back to Bournemouth (using Pokesdown station as my stop) for a good £15.

Thus ending my short but first trip of 2021, and I got more intra-UK trips booked which I'm looking forward to documenting, so watch this space! 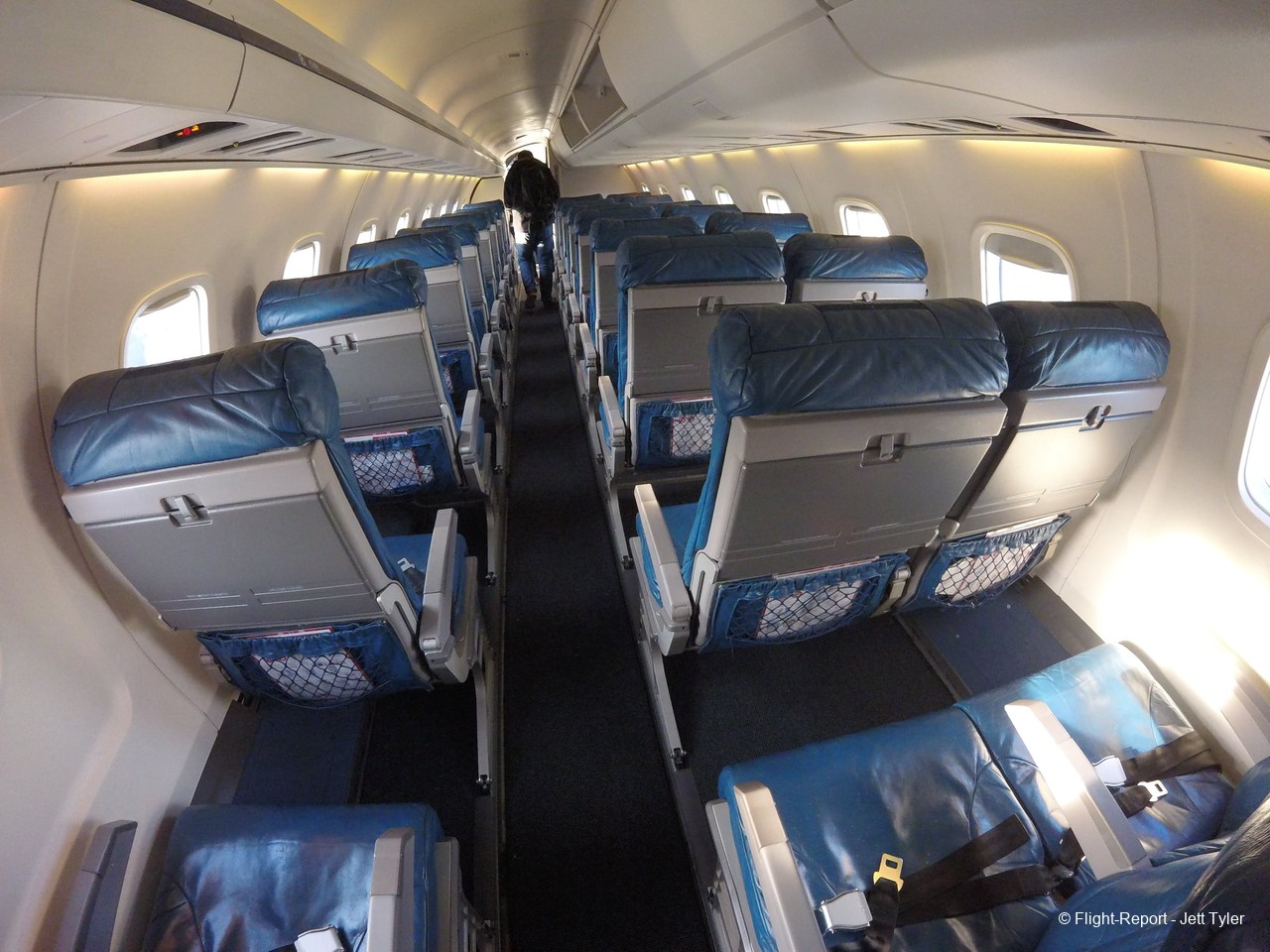 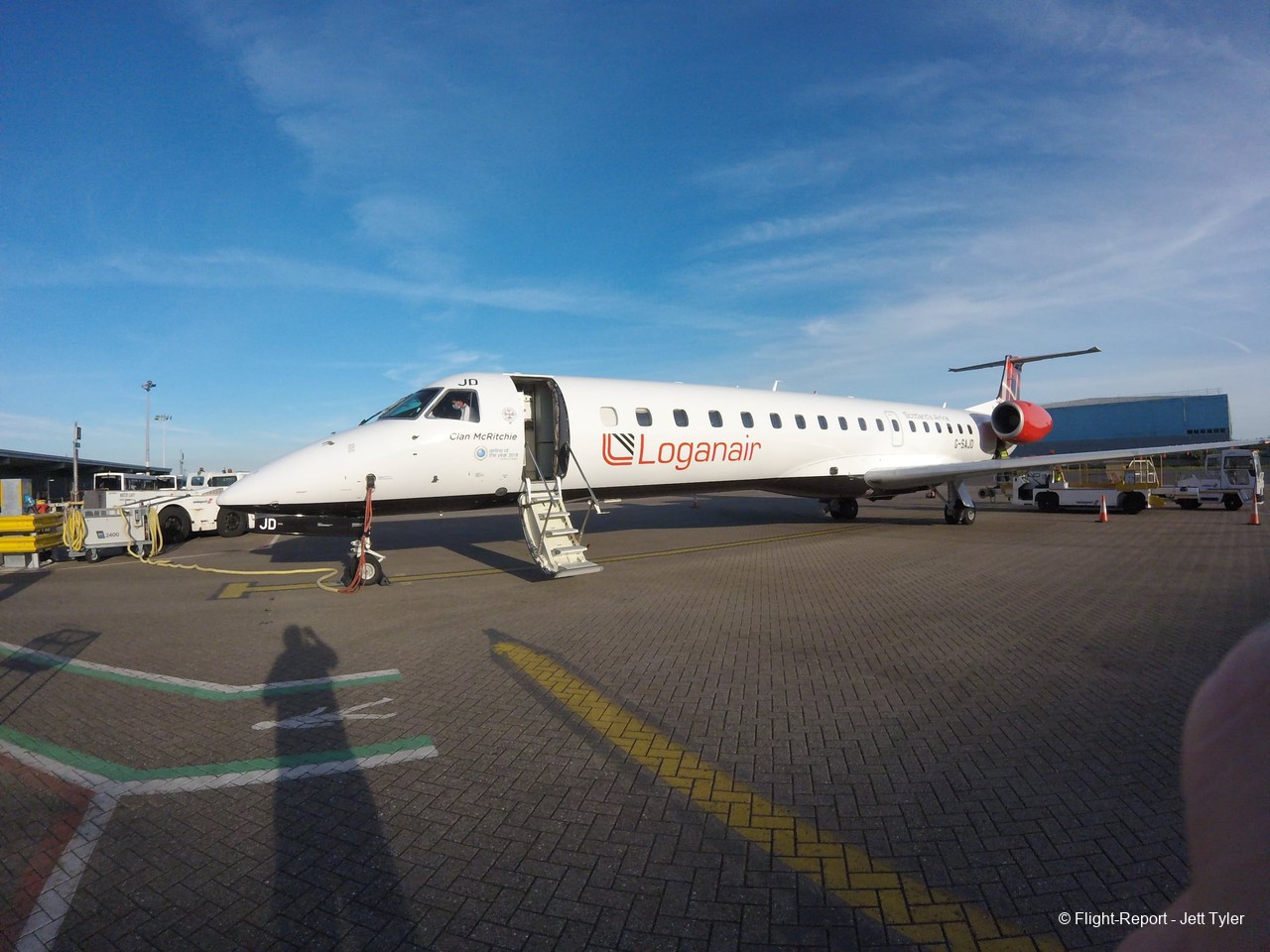 Great regional service from Loganair, will hopefully get a chance to try them with a full on board service soon.

Southampton Airport is a great regional airport for servicing in the South of England, makes a great alternative to London Heathrow or London Gatwick. Fantastic for getting to for UK holiday spots like Brighton, Bournemouth or Portsmouth.

Edinburgh Airport not much to report on as most things are shut airside, except for three cafes. But I'm excited to see the Airport return to its former self as the months of 2021 progress!