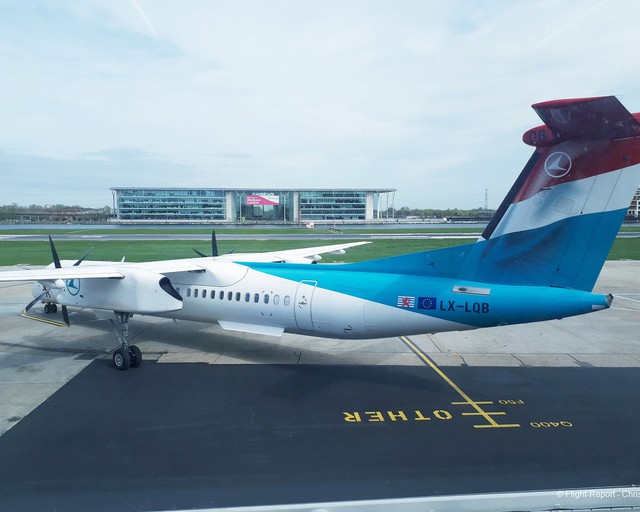 #15 out of 72 Airlines A minimum of 10 flight-reports within the past two years is required to appear in the rankings. 70 reviews

a business trip to luxembourg

Welcome to this report from a series of flight to Luxembourg where I meant for business reasons.

And apparently, believe it or not, but it seems that I am the first to report this route!

The company that employed me requested me to go there a few times to manage a critical issue. The first two occasions when I went there it was with Luxair, and the third time with KLM - indeed I never was close enough to a country where a Miles & More company operates, I try to stay within Avios or Flying blue miles area…

The first two occasions I was sitting next to my boss that I consider also as a friend but also his boss who was a bit distant.
So blame me for being shy but I didn't take any pictures except for the first way out and this return flight.

I signed up on the Luxair website, not so much to collect Miles & More miles but to manage my bookings, as I had a few.
I must say the website is very well designed and user friendly, just the absolute required information and not a ton of different menus. 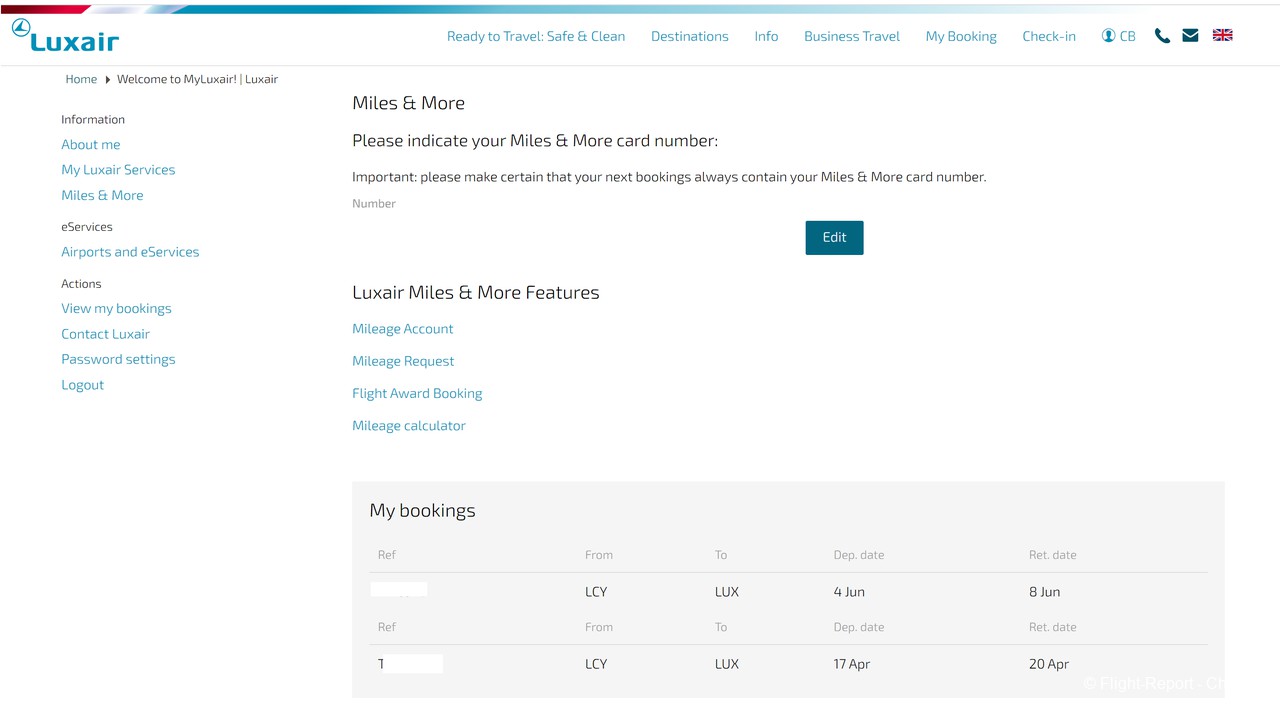 Even though I checked-in using their app, Luxair also sends you the boarding pass on your email. 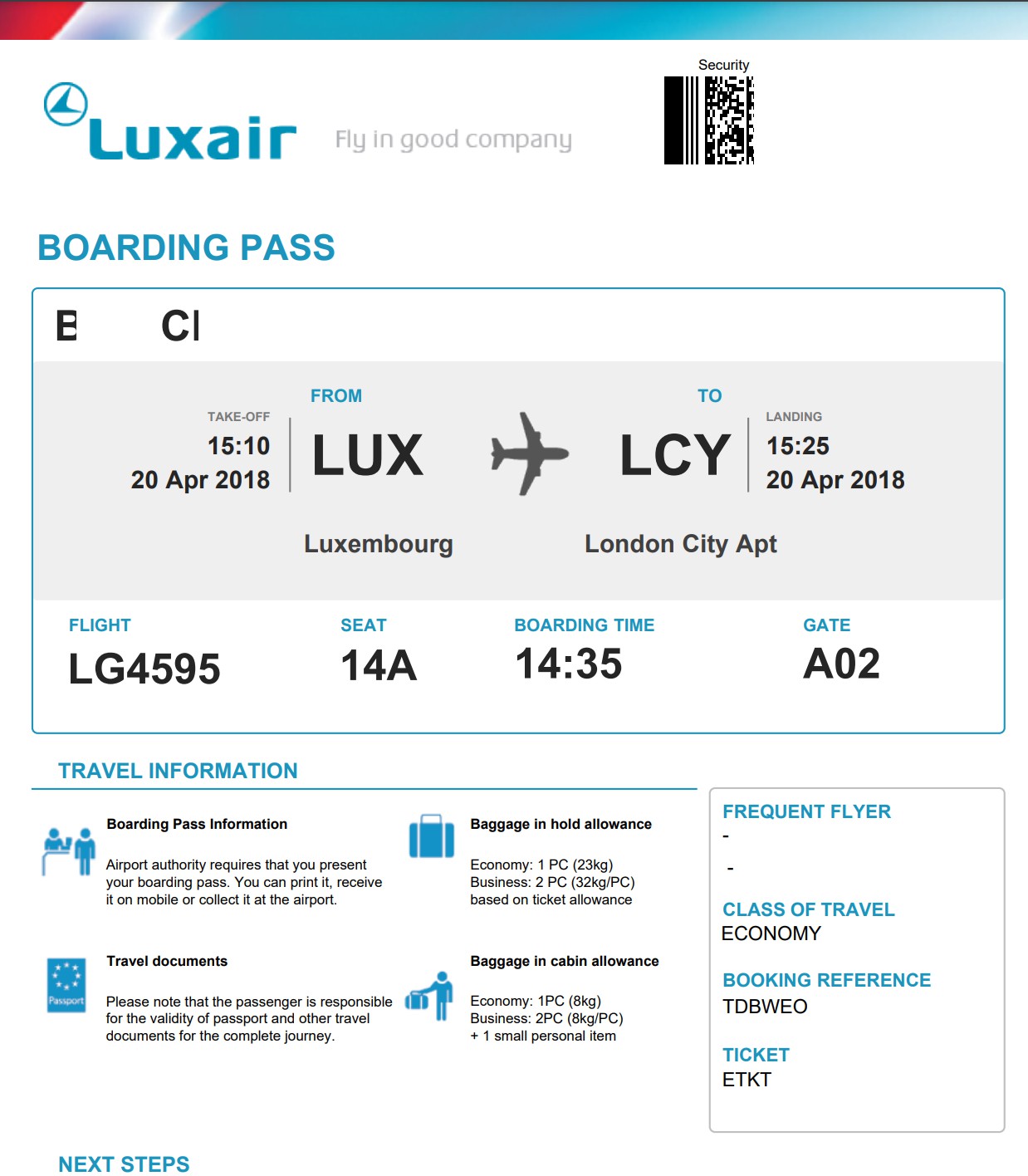 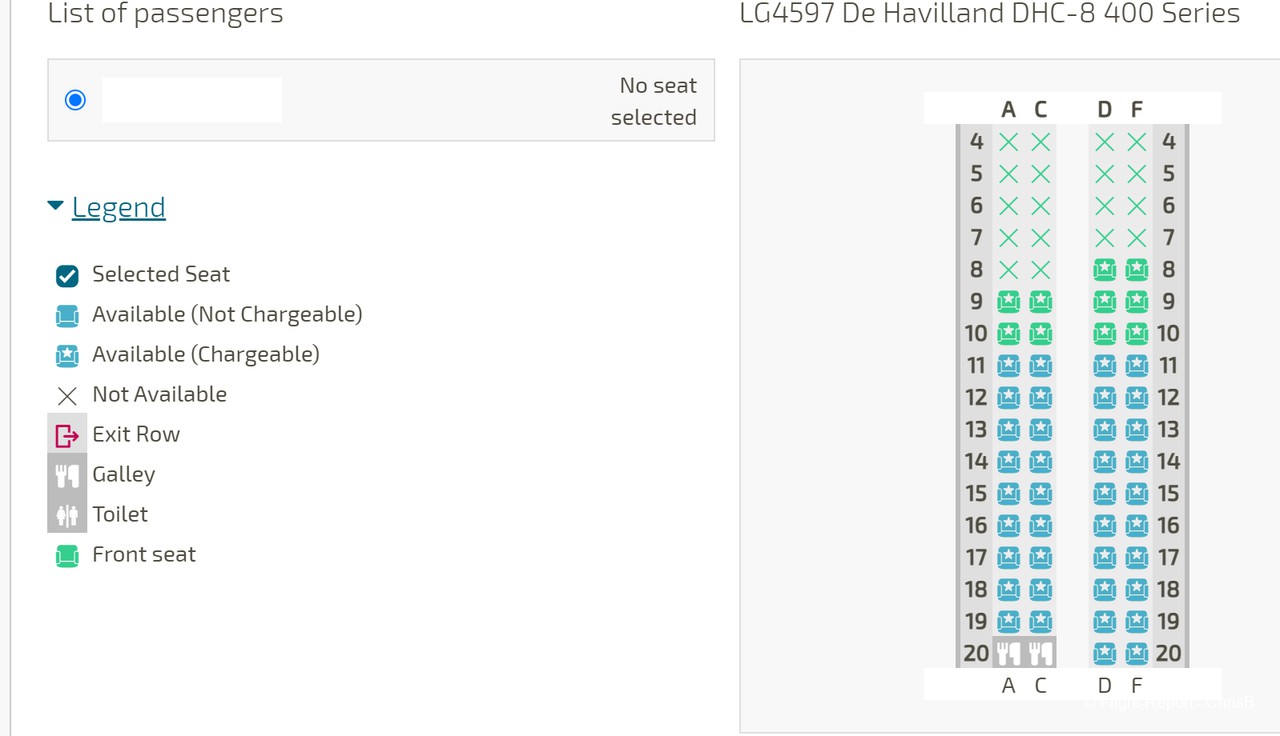 We arrived at Luxembourg FIndel airport with our rental car. From this perspective the small airport is really well organised; you can just drop the car at the car park, take the elevator and drop the keys at the car rental counters.
From there there are just escalators to the main departure floor. 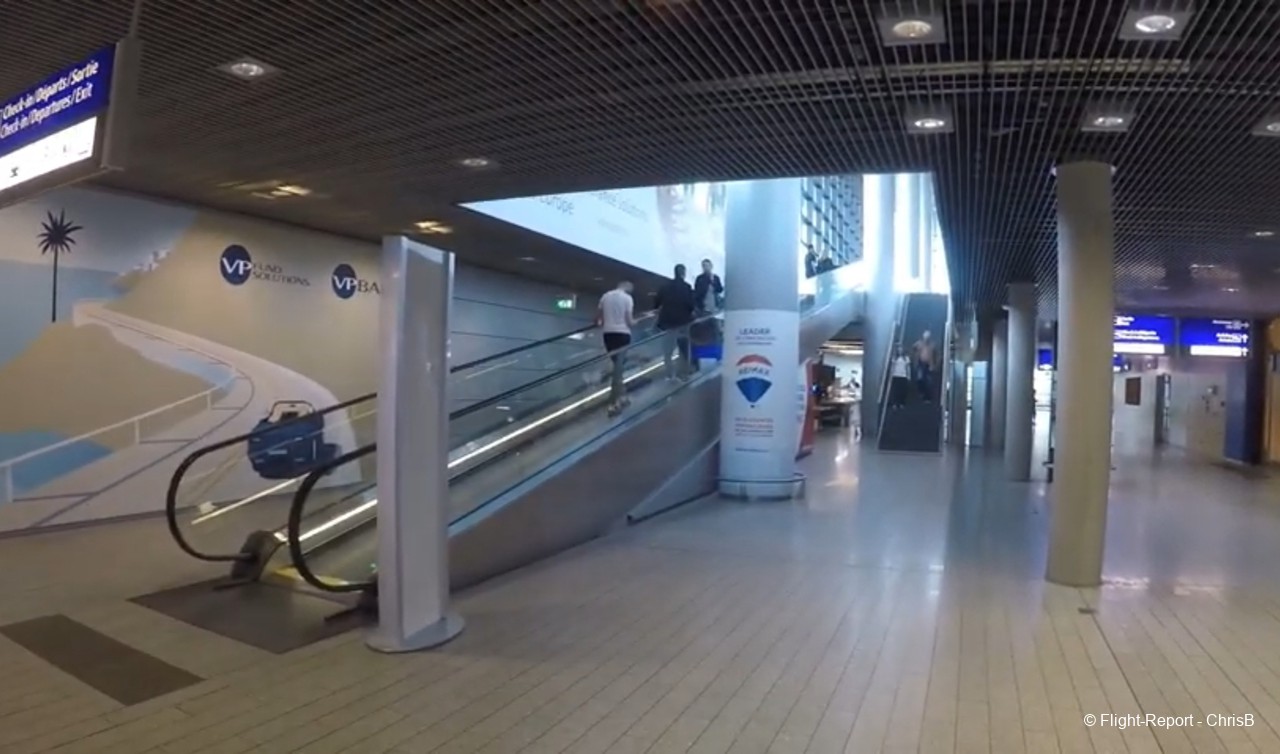 I went outside on the car park area.

As you  can see the airport has a humble size. 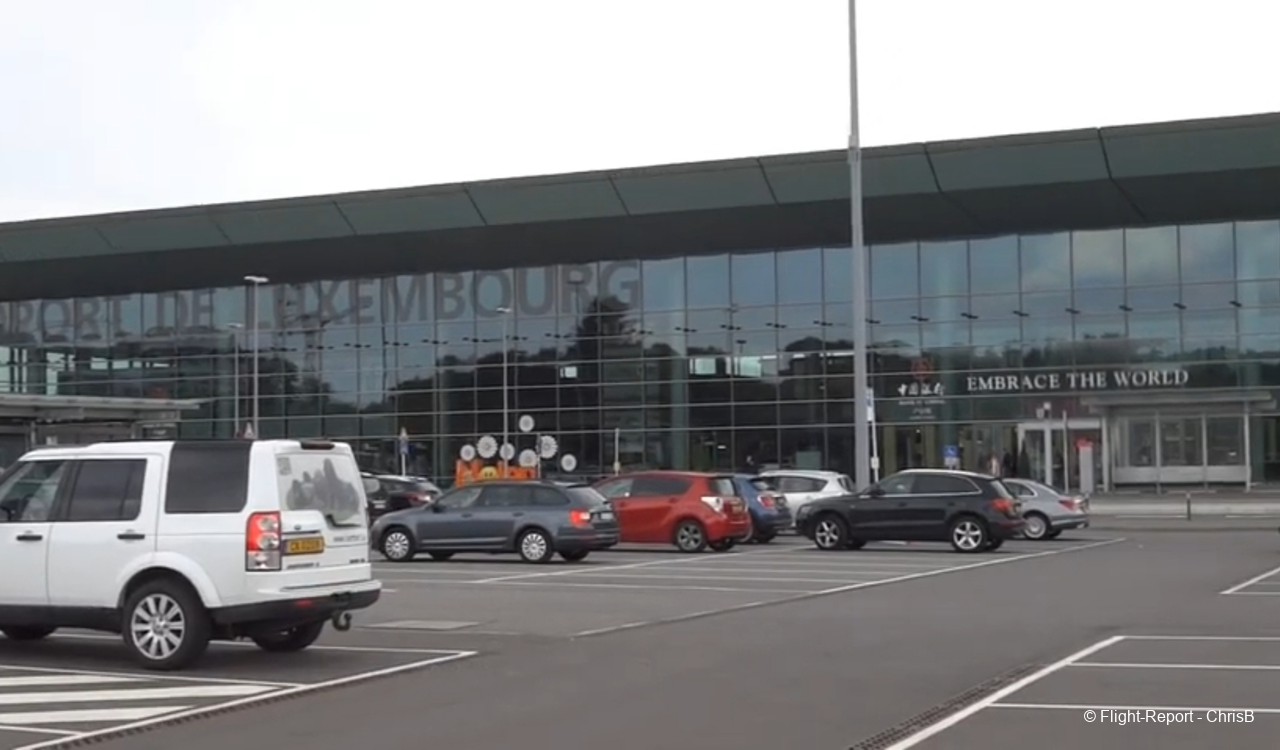 Boarding happened from the B terminal building, where usually smaller jets depart from. 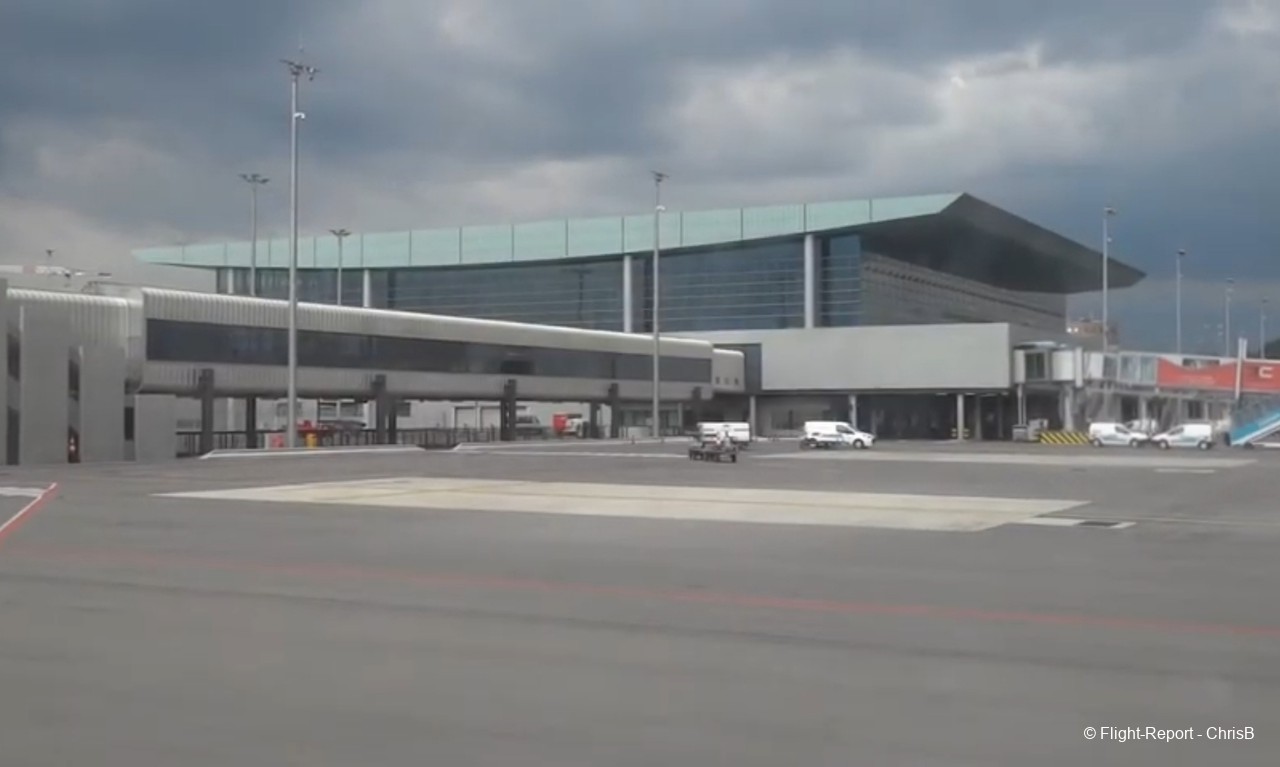 We took off from the other direction of the runway to the airport with a really nice view on it! 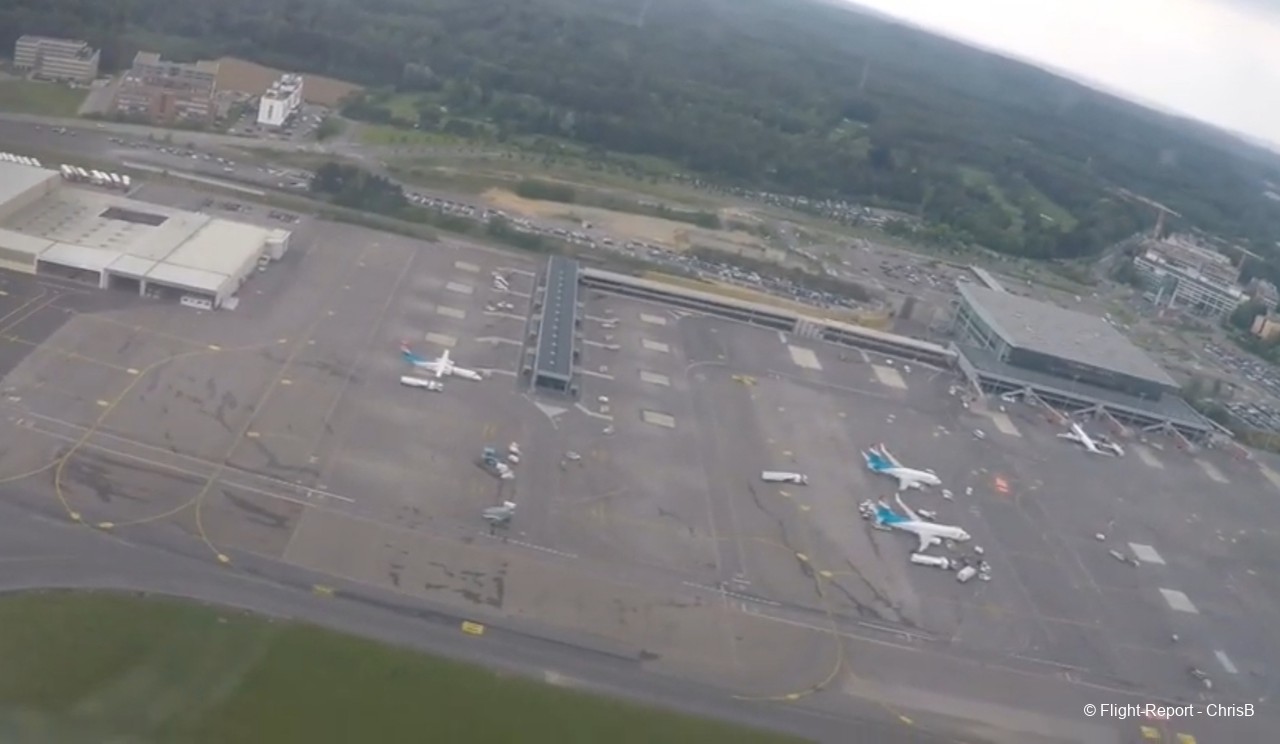 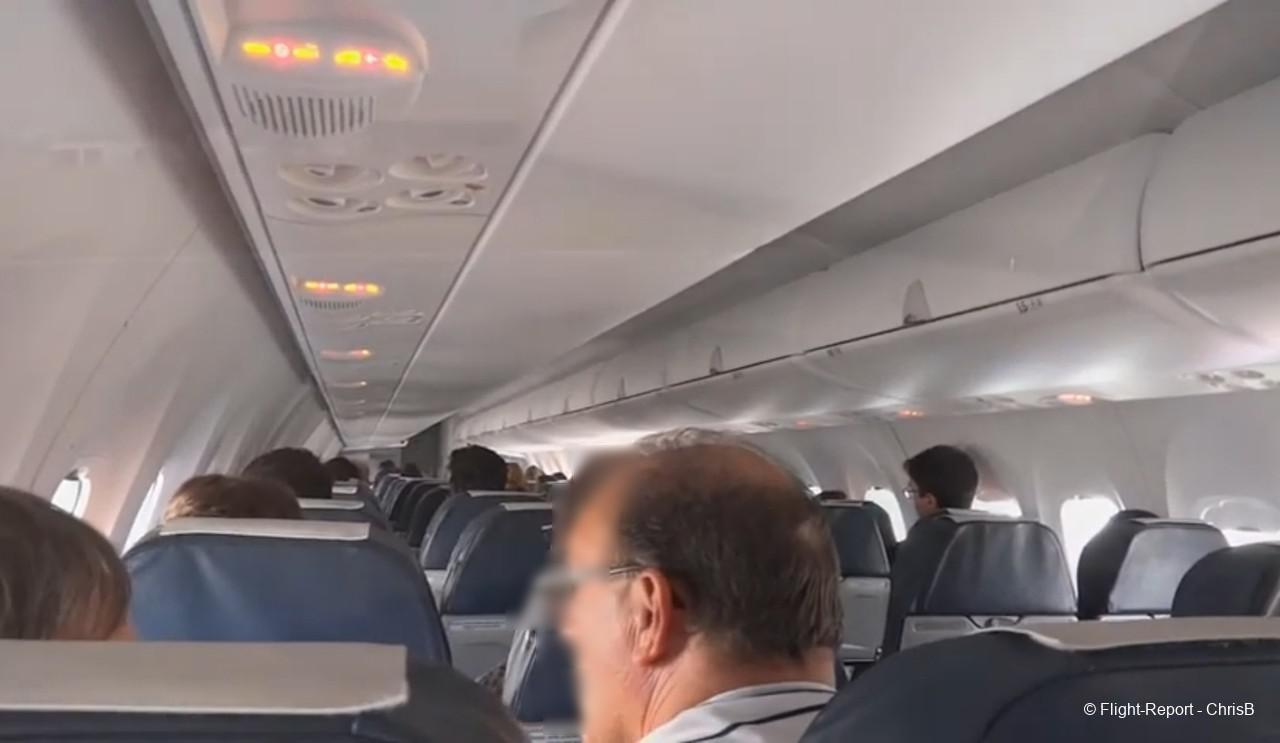 The fleet of Luxembourg flag carrier in the magazine.. 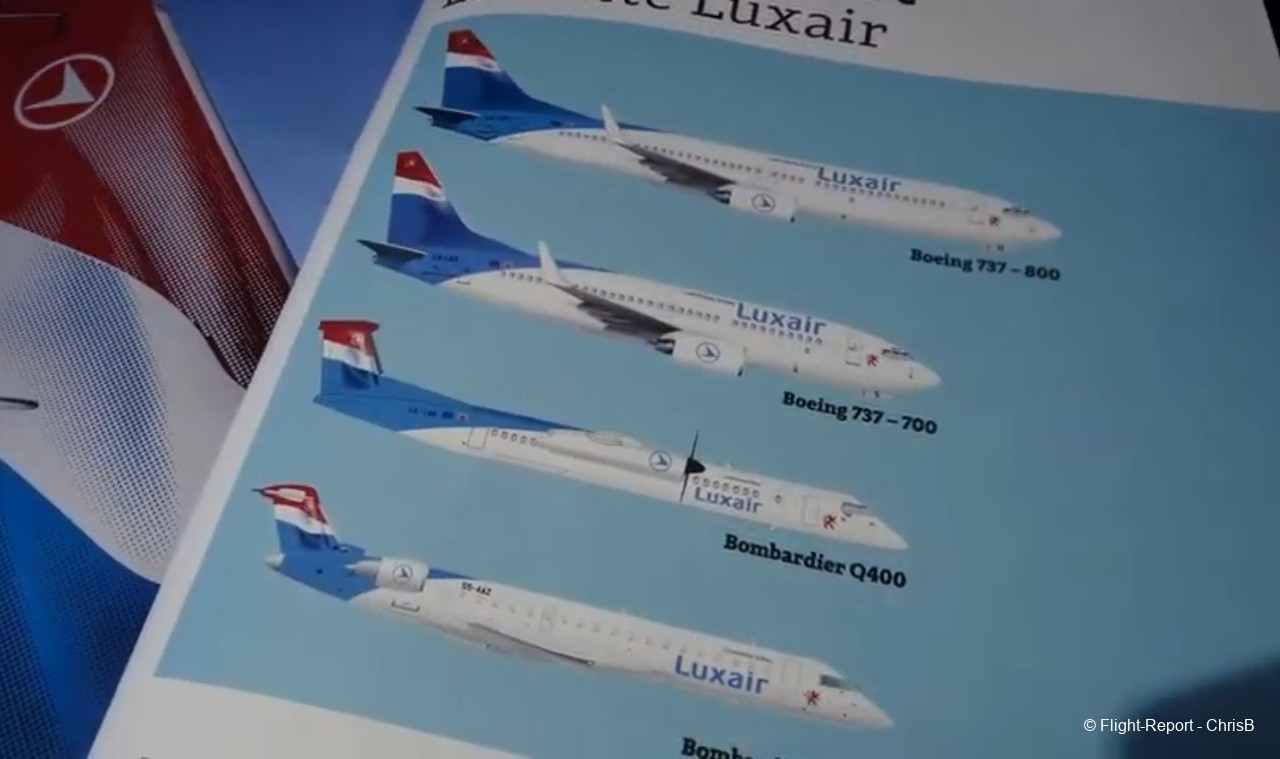 The crew on board was really nice. The sandwich they provided with champagne was actually good.
They came 3 times to refill our drinks, which was super nice! 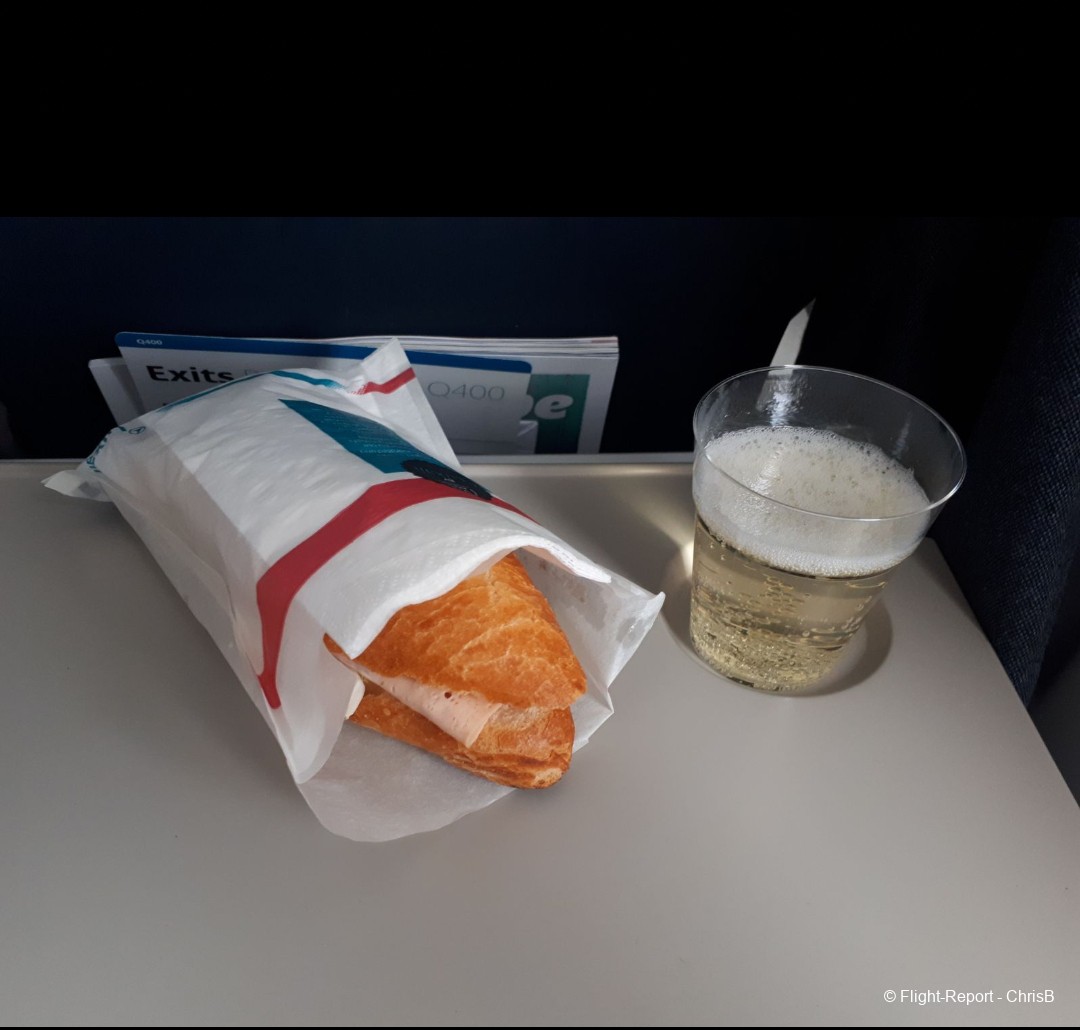 approach over the west end and the city!

As it is a really short flight we approached london quite quickly, and with the time difference it made just a 15min journey!

Usually the approach is made following the Thames river, over Woolwich and facing Canary Wharf… Here I got really lucky on that day as the approach was passed Greenwich, over Bermondsey Victoria, Soho…

Hello Queenie ! (Green Park and Buckingham palace in the middle and if you pay attention you can see Big Ben on the bottom of the picture!) 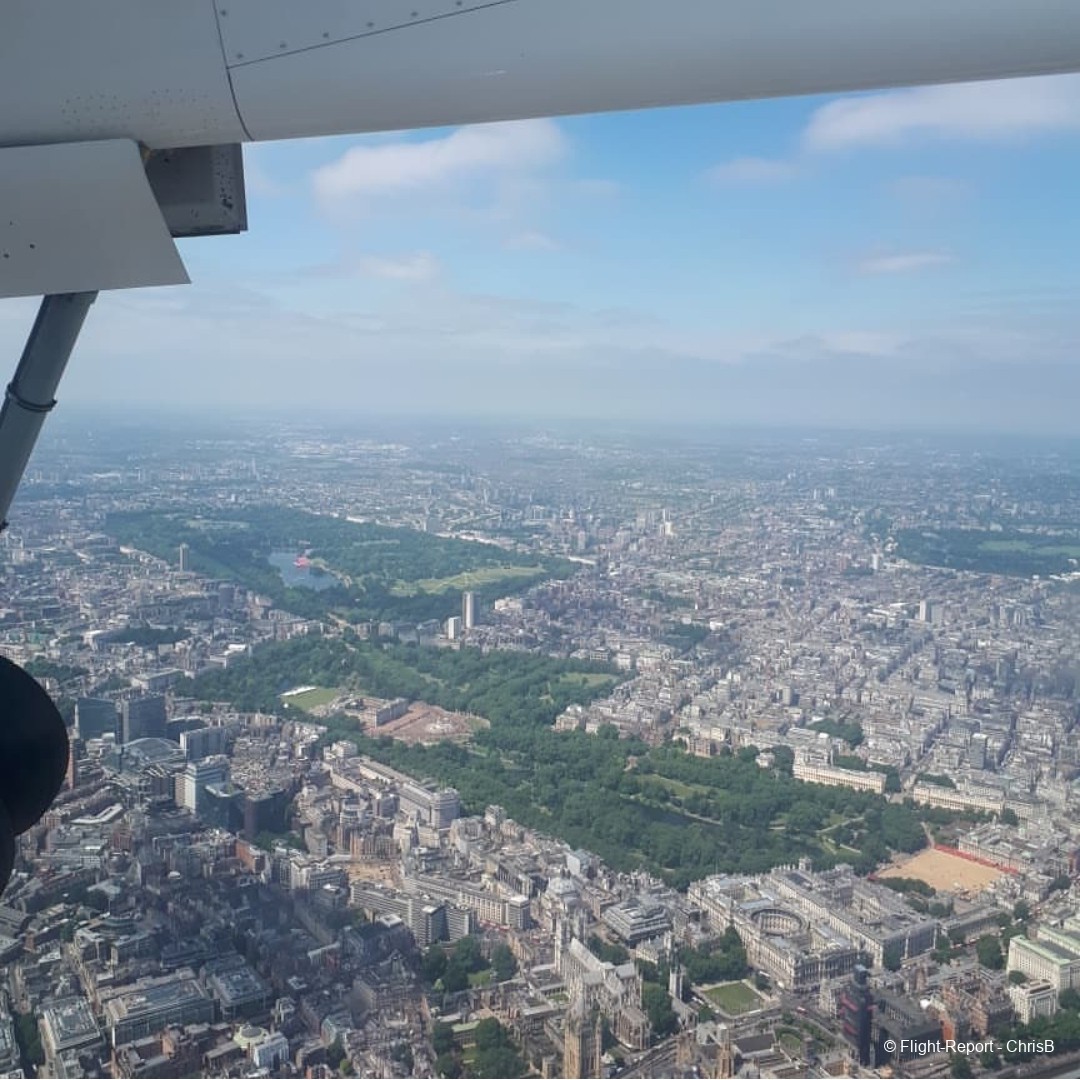 Approach continued over Bermondsey and the City!!!
As a resident of Shoreditch, I was able to see my own building!! 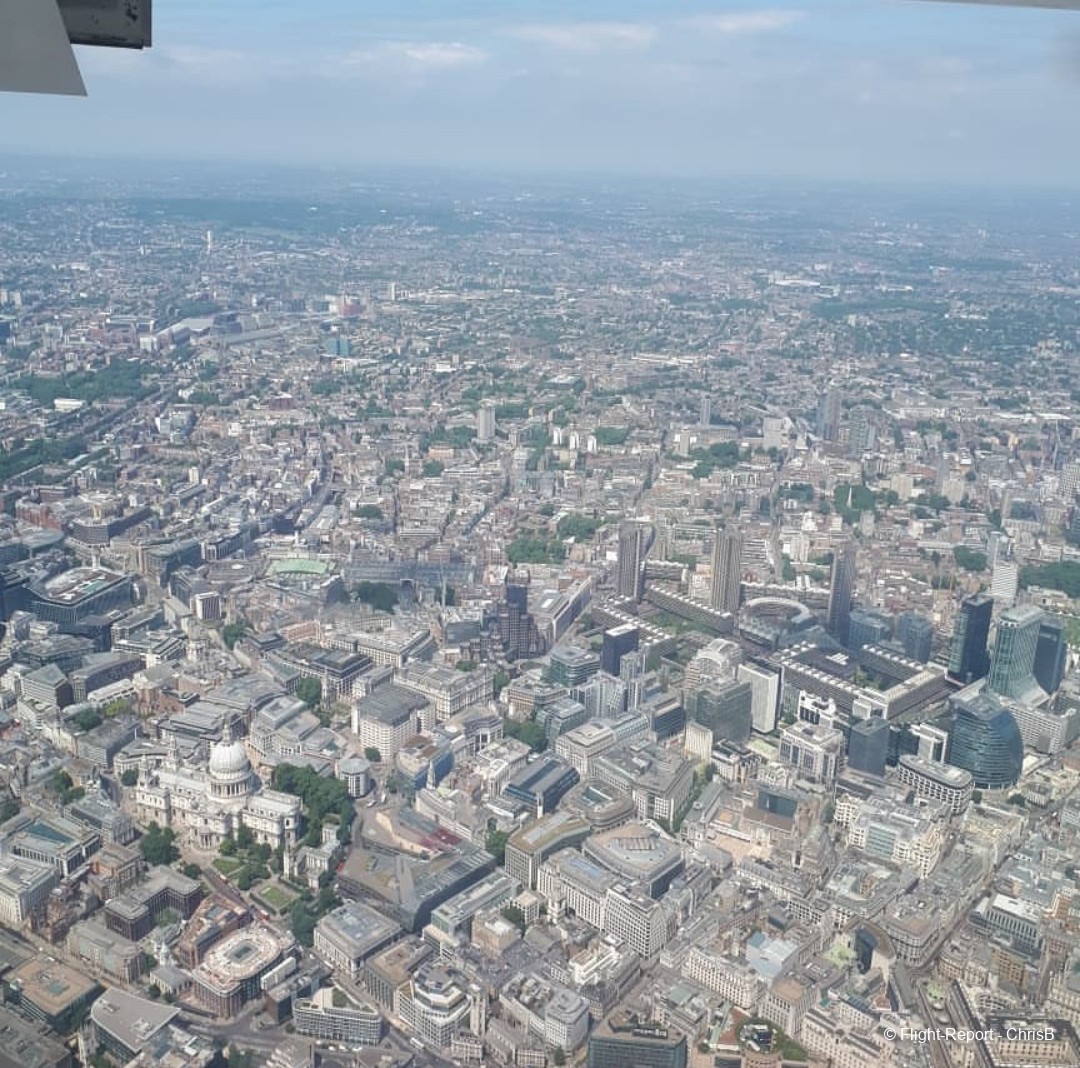 The landed on runway 10 was smooth and really FUN as you get really close to the Canary Wharf business buildings!

Here is our cute plane of the day. 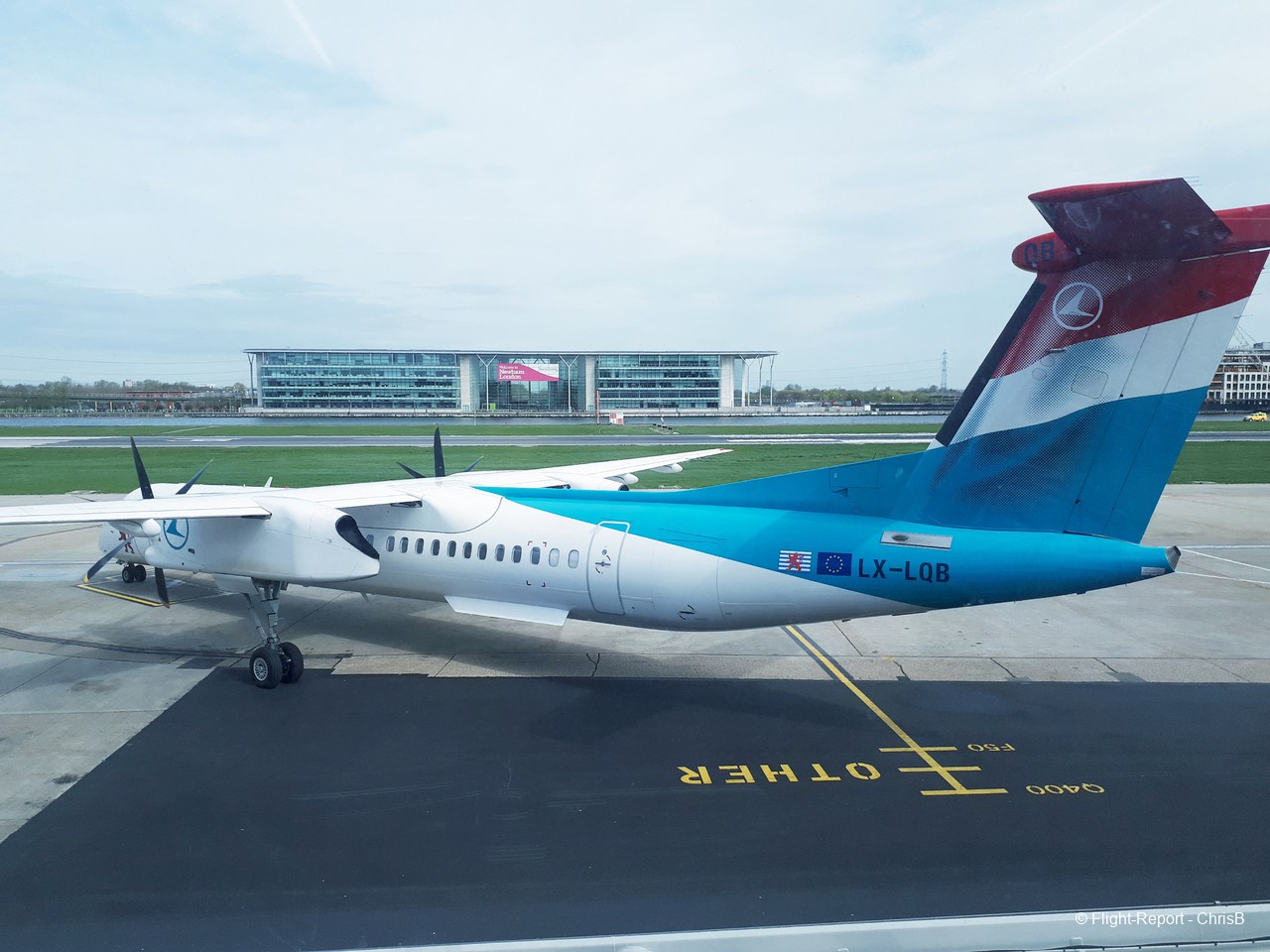 For those who have never left from/ arrived at City airport, you don't know how fast and efficient things are. From the moment you arrive to the boarding gate you need not more than 10 min.
A couple of min if you arrive to leave the airport as you need to pass through customs.

Litterally the departure hall is the same as the arrival hall, the taxis and DLR are just outside of the hall.

I came home by the DLR train, and a good thing is the view over some of the airport.. 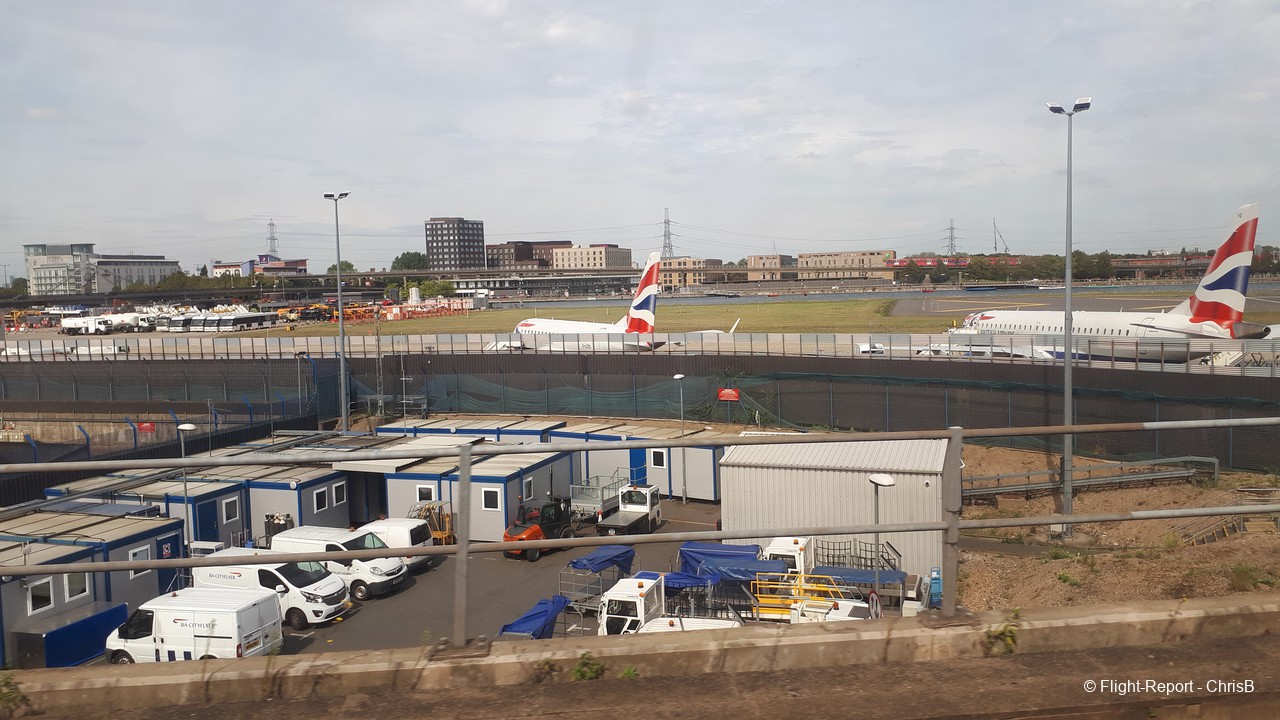 I don't have many pictures of the way out, just this boarding pass left I am afraid.

A good flight with Luxair, on time with crew members really friendly - they went the extra mile.

Not entertainment offered, despite the onboard magazine.

The dash 8 400 isn't the quietest plane, nor the more stable but it did the job landing at the very convenient airport of City.