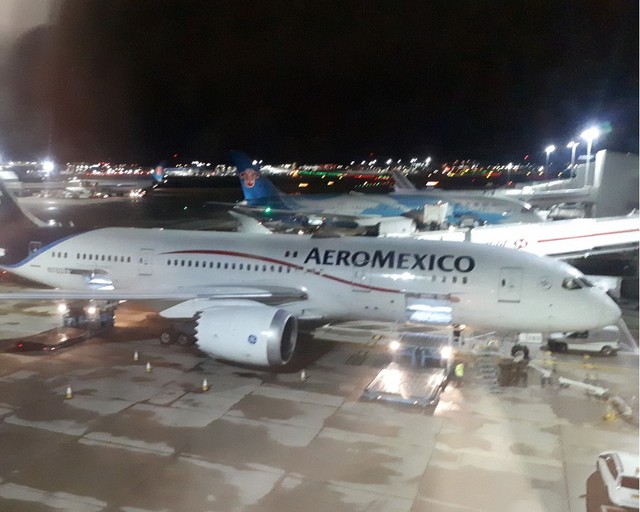 #20 out of 71 Airlines A minimum of 10 flight-reports within the past two years is required to appear in the rankings. 92 reviews

Hello everyone!
Let me share with you my first experience of Aeromexico, and also my first time in Mexico, in the peninsula of Yucatan.

We had the option of booking with BA (I was still a strong aficionado at the time) and changing carrier to reach Merida, or with Aeromexico and/or Air France.
I have redeamed my avios some months prior to this trip for another flight and so I was looking at potentially repeating the operation with my Flyingblue account:
The way out will be fully paid out, and the return - I have had enough miles to get us all the way from Merida to Lyon - not going back to London but to a wedding there. I decided to then have two seperate bookings for each way, making it an unbeatable fare for a return trip to Yucatan. 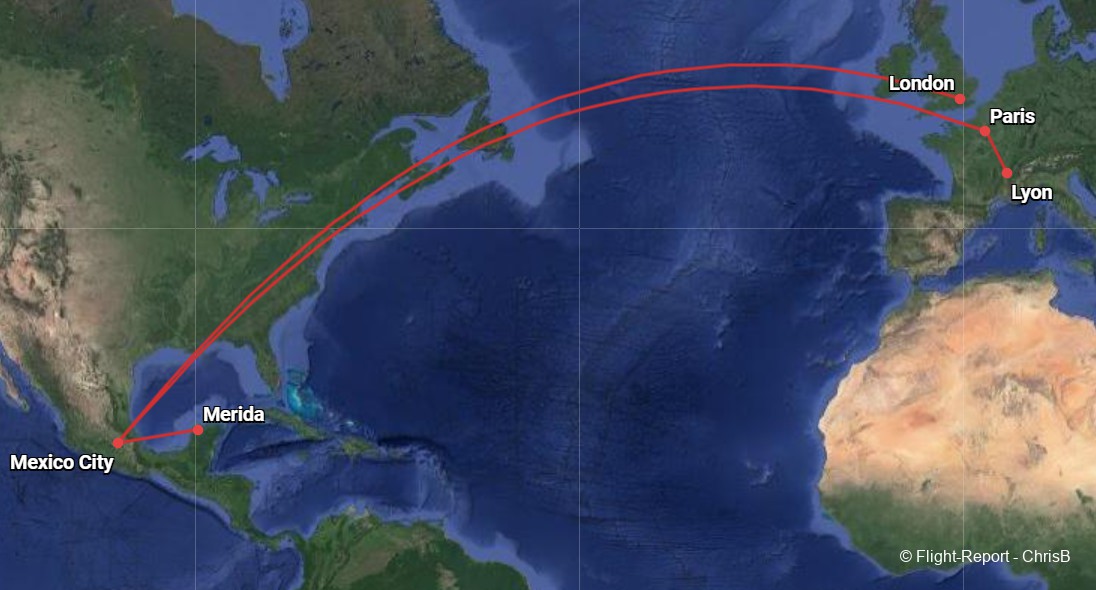 I downloaded the Aeromexico app on my phone and I must say it was very well designed and well user-friendly. 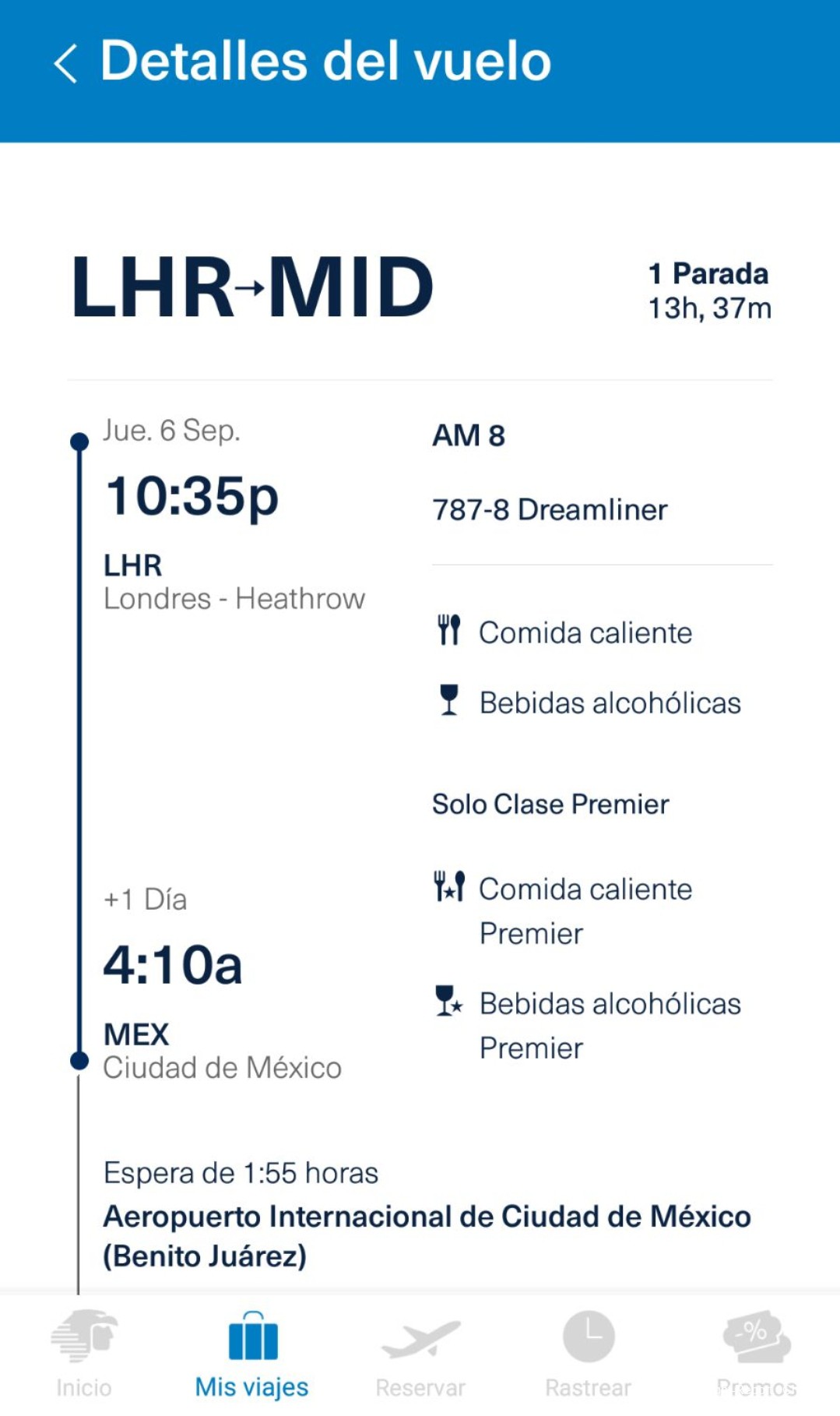 We chose for the last raw of this B787-8 after reading carefully online that not only it is ideal for couples, but also you get more space to recline your seat, and to have your stuffs around. The drawback of course was the toilets being close to us but you can't have your cake and eat it!

We arrived at London Heathrow with the Piccadilly line trains, after almost one hour spent underground from our flat in Shoreditch. 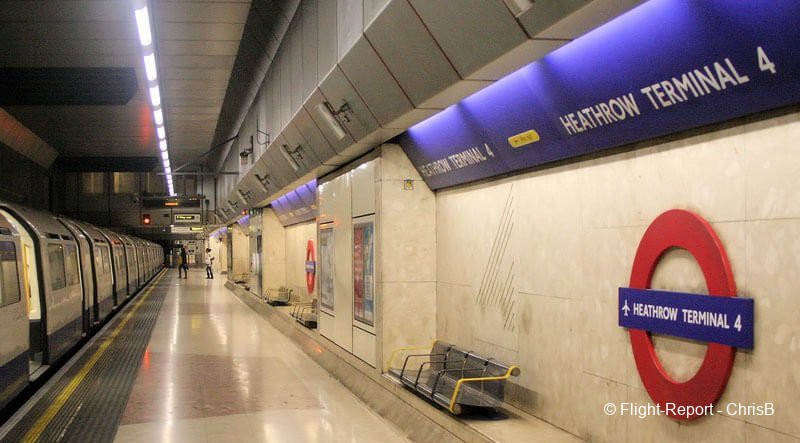 From there check in is a short walk and happened next to the usual Air France / KLM /Alitalia counters.

at the skyteam lounge of terminal 4

We went to the Skyteam lounge at Terminal 4 - and I am sorry I can't seem to find that many pictures, and however this isn't the largest lounge, it is one of my favorite. It has a feeling of cozyness, it is well designed, you have seperate areas for each function: rest, play, eat, etc… 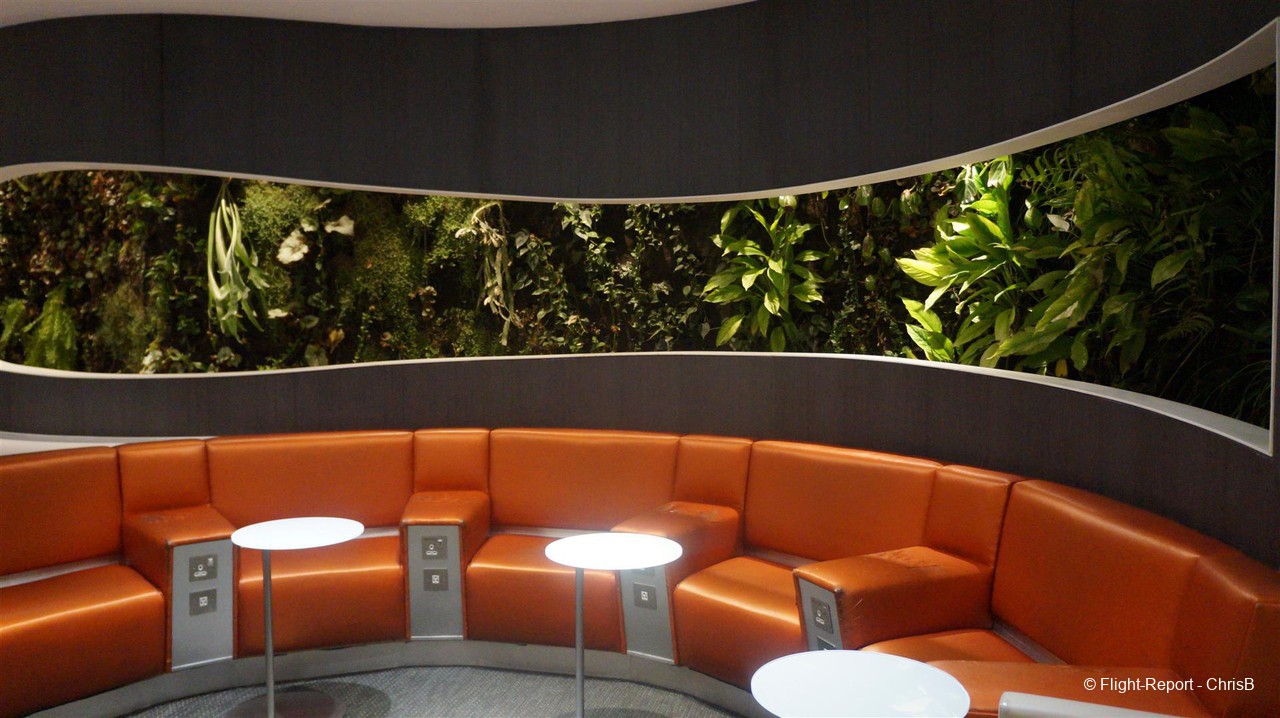 We left the lounge about 45 min before the boarding started. 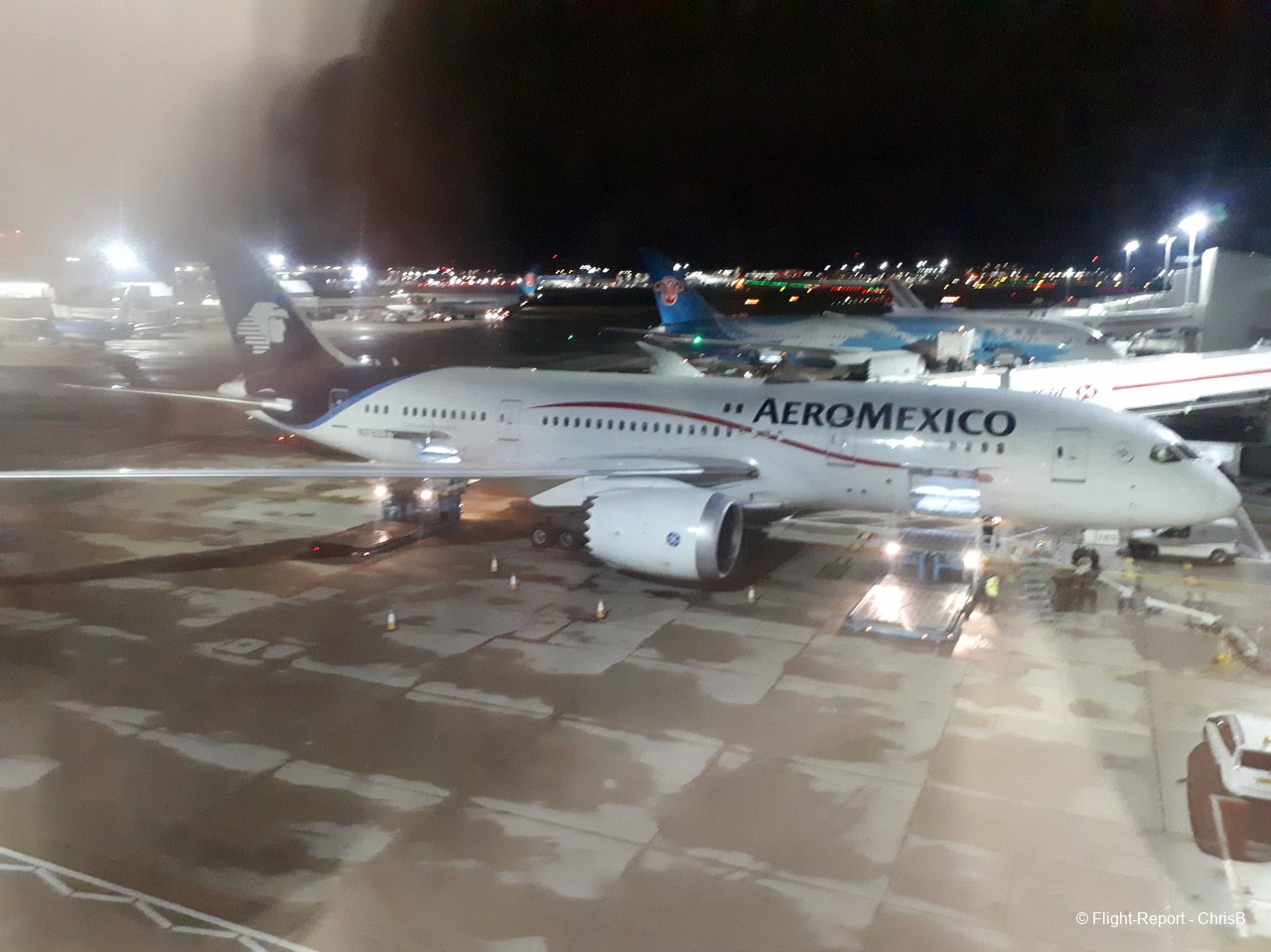 The Avgeek bit
Aeromexico is the national airline and a major in central america, offering about 600 daily flights. It was founded in 1934 as Aeronaves de Mexico and grew up a lot with the help of Pan Am in the next decade. 20 years ago Aeromexico agrred with Delta Air France and Korean air to form Skyteam. Recently Aeromexico began a joint venture with Delta, offering more connection with the USA. The airline is known for its flying warrior on its tail and its all Boeing fleet. After having used some B767s and B777s, Aeromexico uses only dreamliners for its long haul destinations, 9 of the shorther B787-8 variant and 10 of the larger B787-9 variant, of which 4 are still to be received. The cabins are feated with a confortable 243 seats and 274 seats respectively.

When boarding opened, we used the priority boarding lane and boarded through the unique jetway. 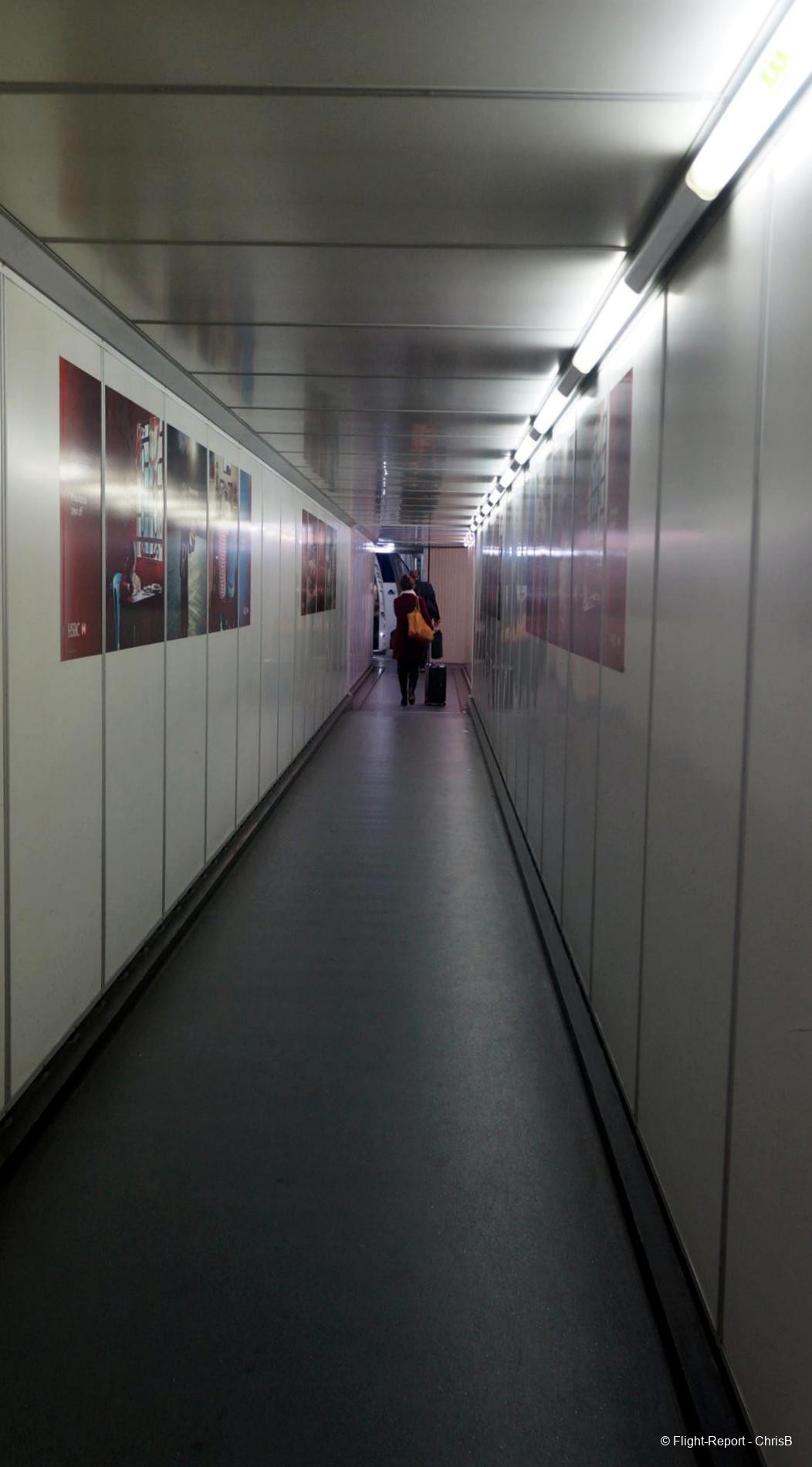 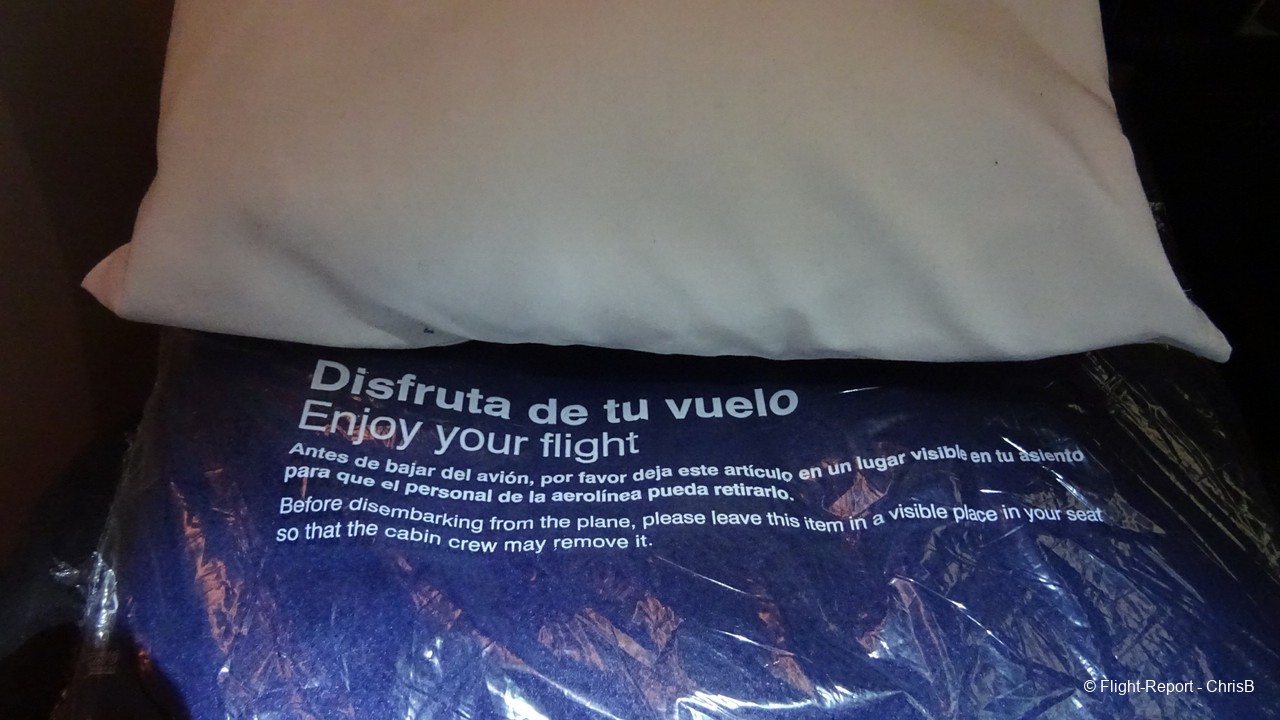 We walked throughout the all lenght of the plane to finally reach our 32 A and C seats, that are a bit more "segregated" than in the middle of the cabin.
And here is a selfie of your FR writer (I am wearing a white tshirt). 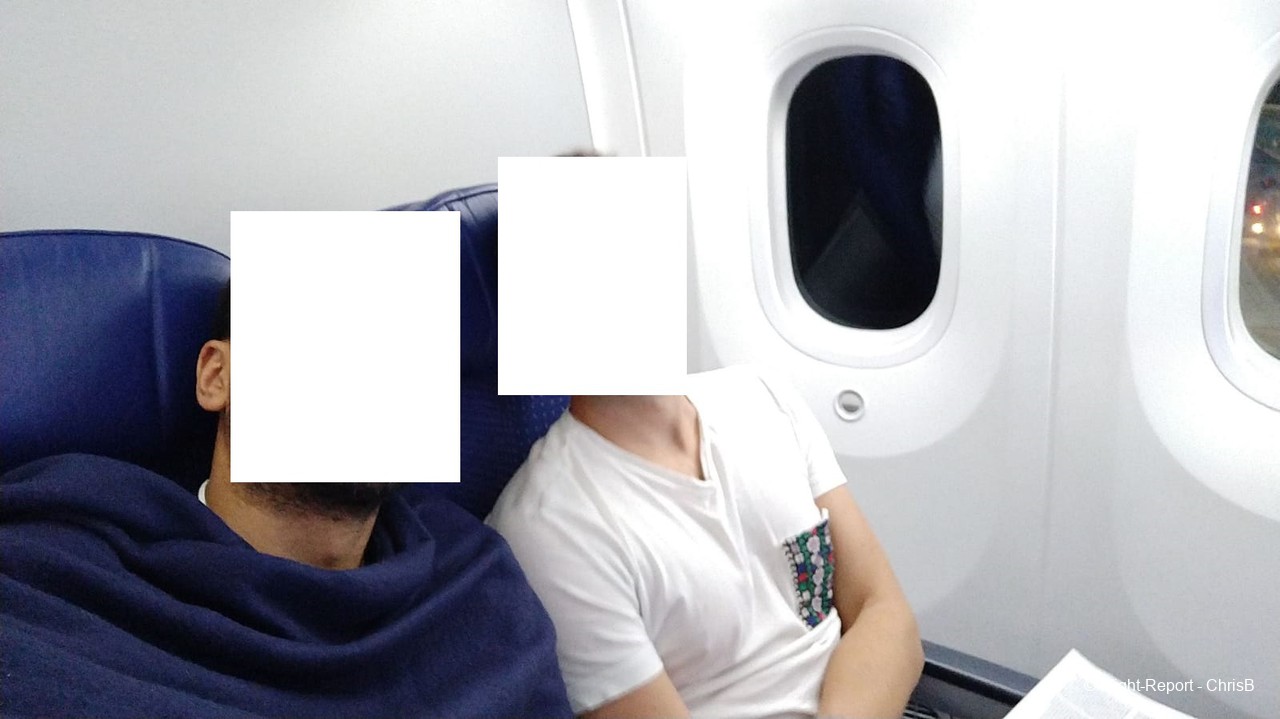 And after push-back, the brand new safety video was played on every IFEs..

Very soon after the seatbelt signs went off, the crew started onboard service with smile… 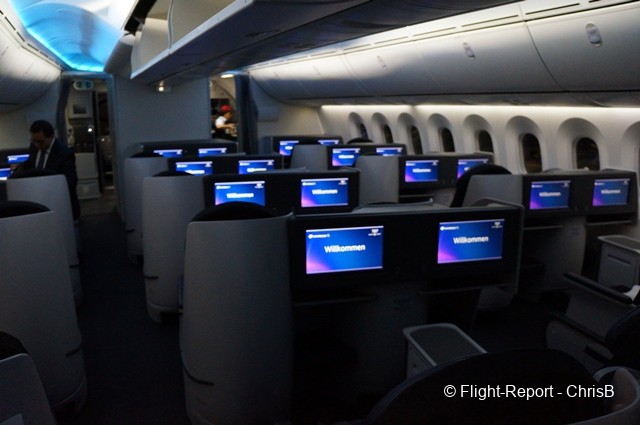 Here is the service provided by aeromexico… The salad was very average, so was the bread and the dessert… The main was actually a bit better so I guess all in all an acceptable service. 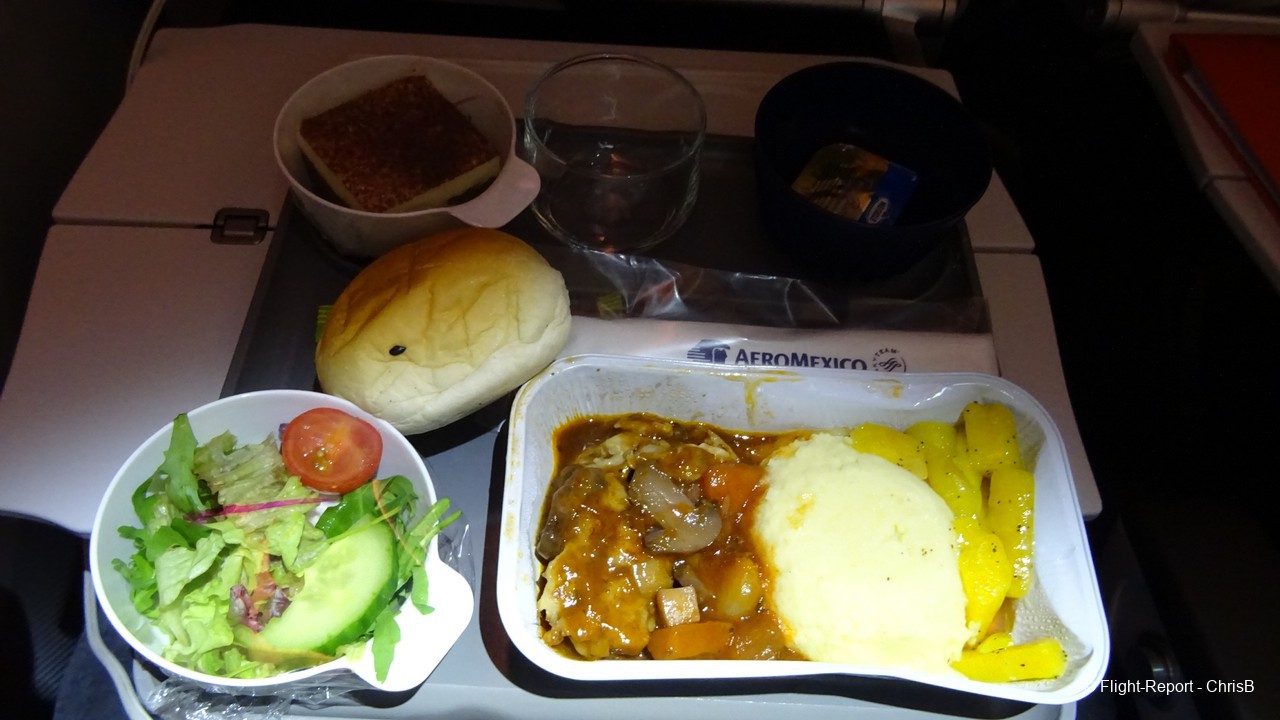 The great thing was that the crew offered Tequila at the end of the meal with the coffee - that of course - I fancied trying!!

After the diner I tried the wifi that worked but was too expensive to be worth it for this red eye flight. 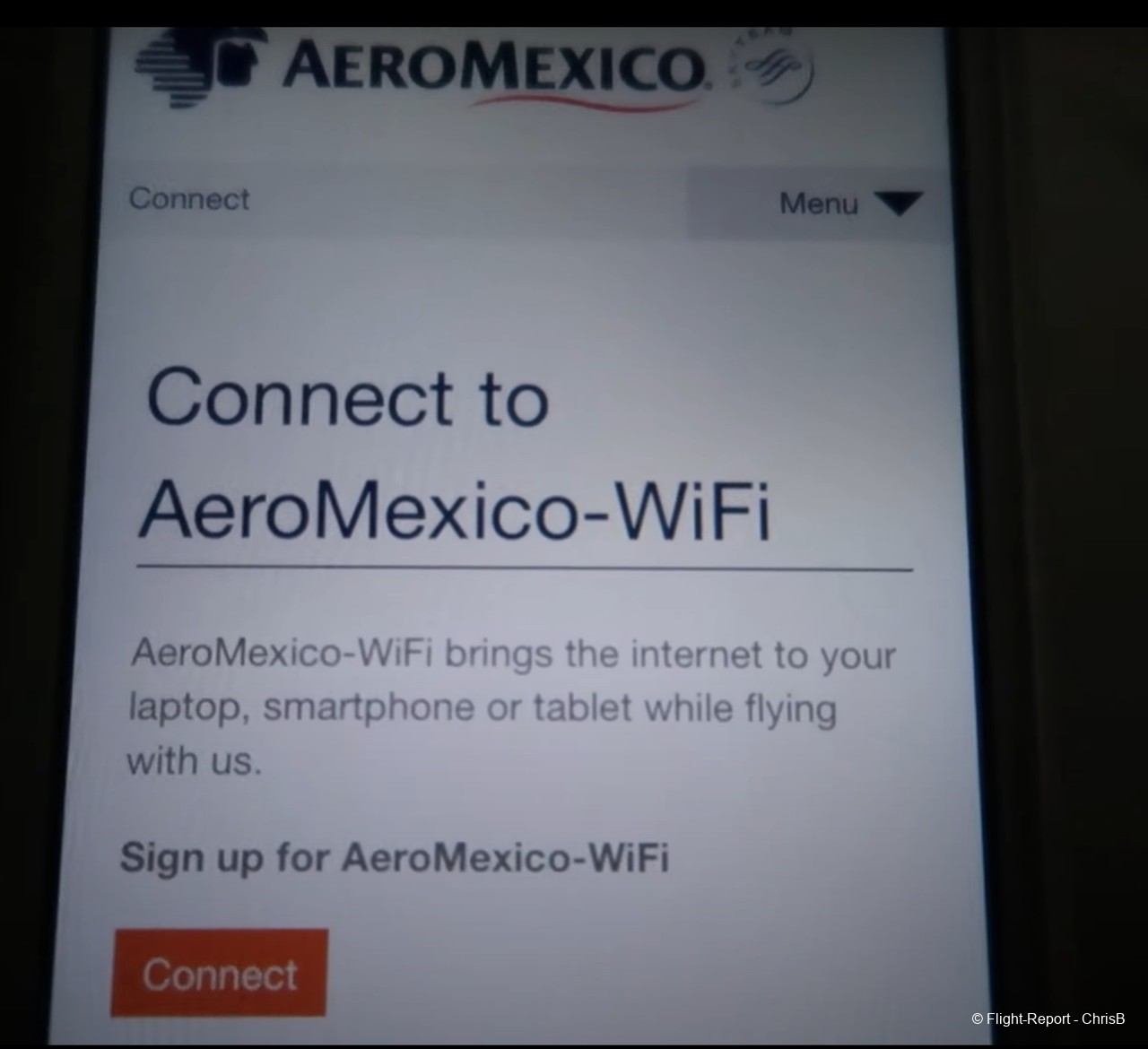 Aeromexico Magazine, called Aire was thick and complete but litteraly every other page was advitersiment… That really put me off. 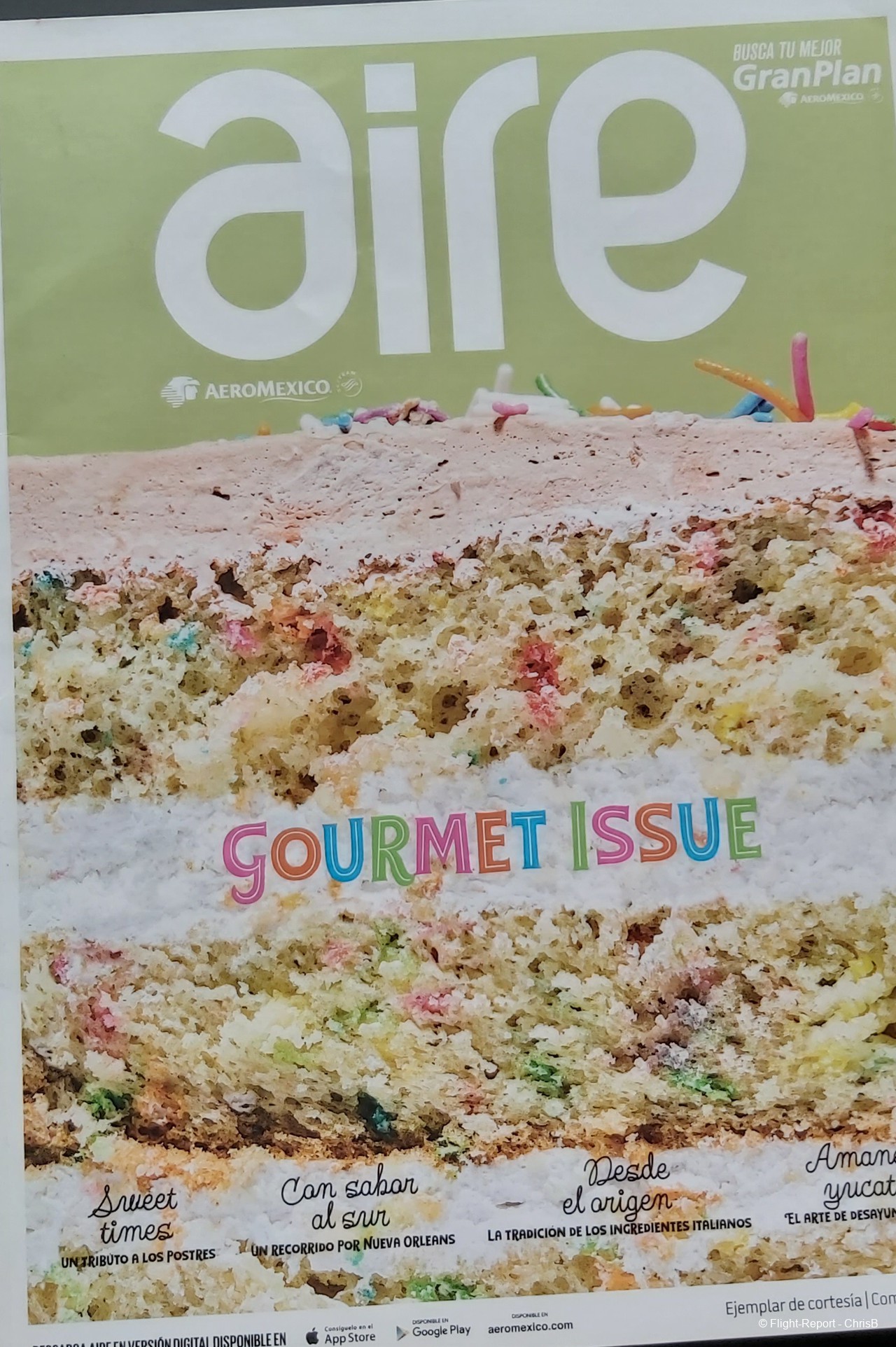 Except for this special food focus 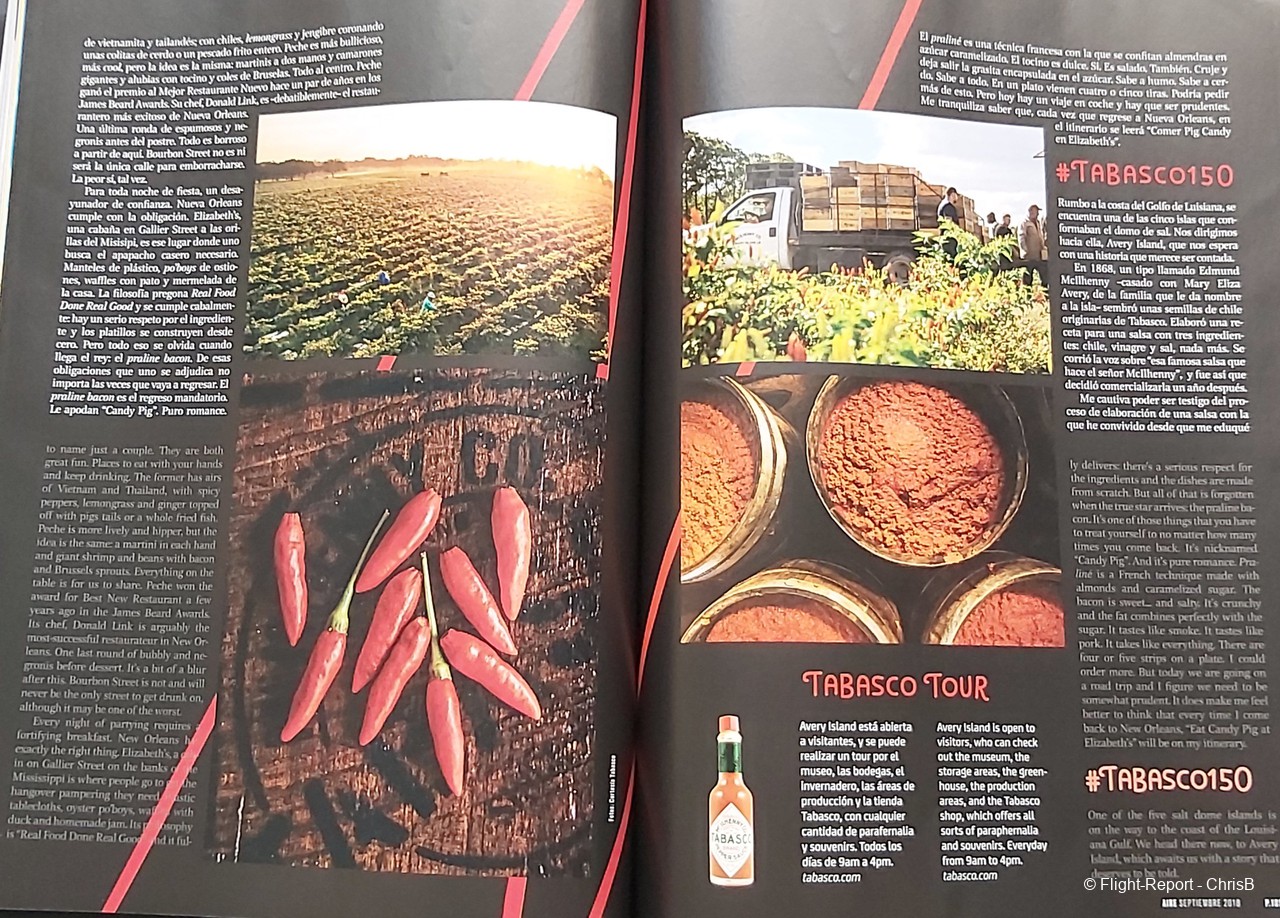 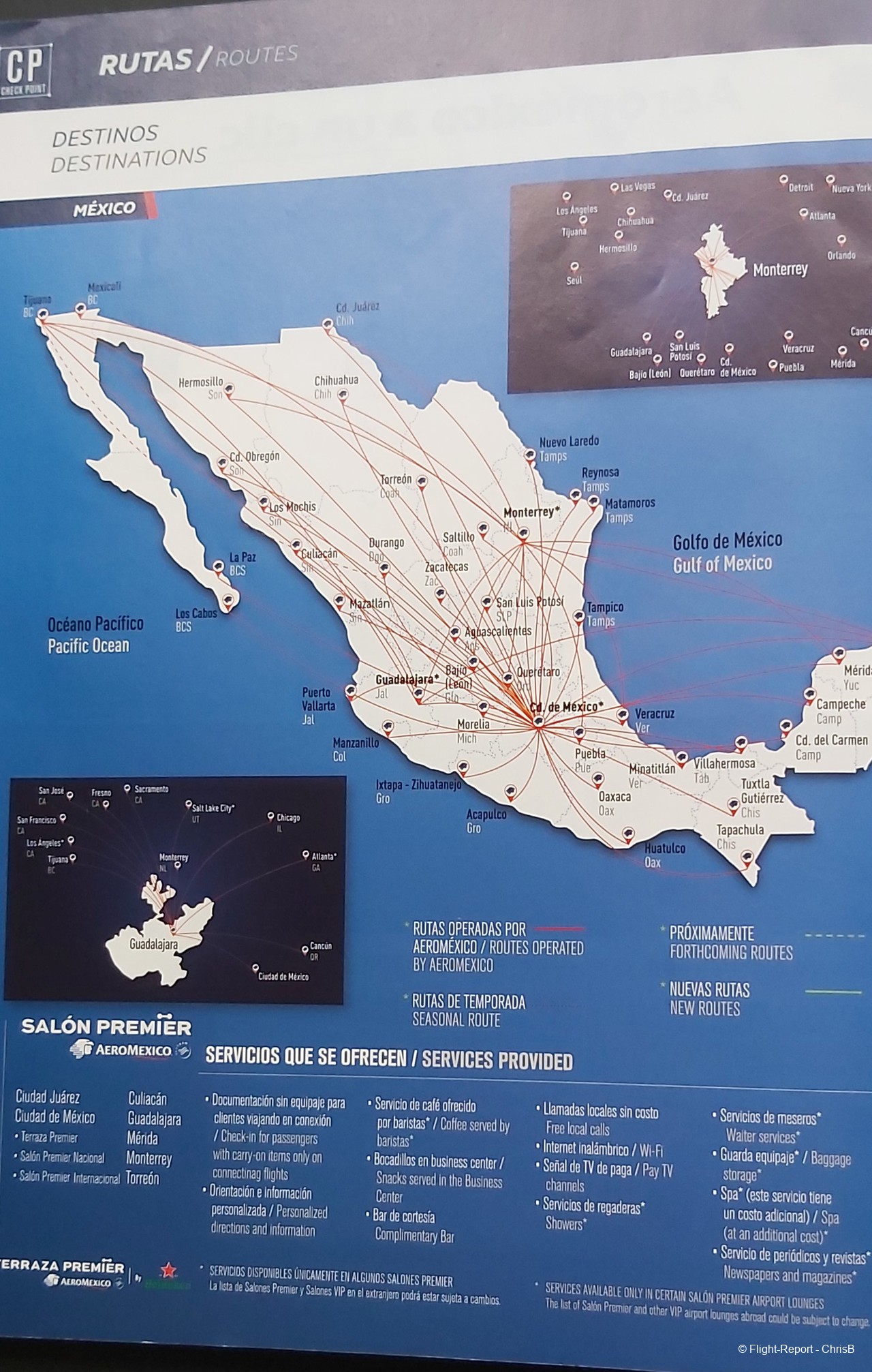 and of course the fleet… where you can see this is an all Boeing airline - except for the embraer jets for the regional airline.
I must say this was of course prior to the B737max scandal 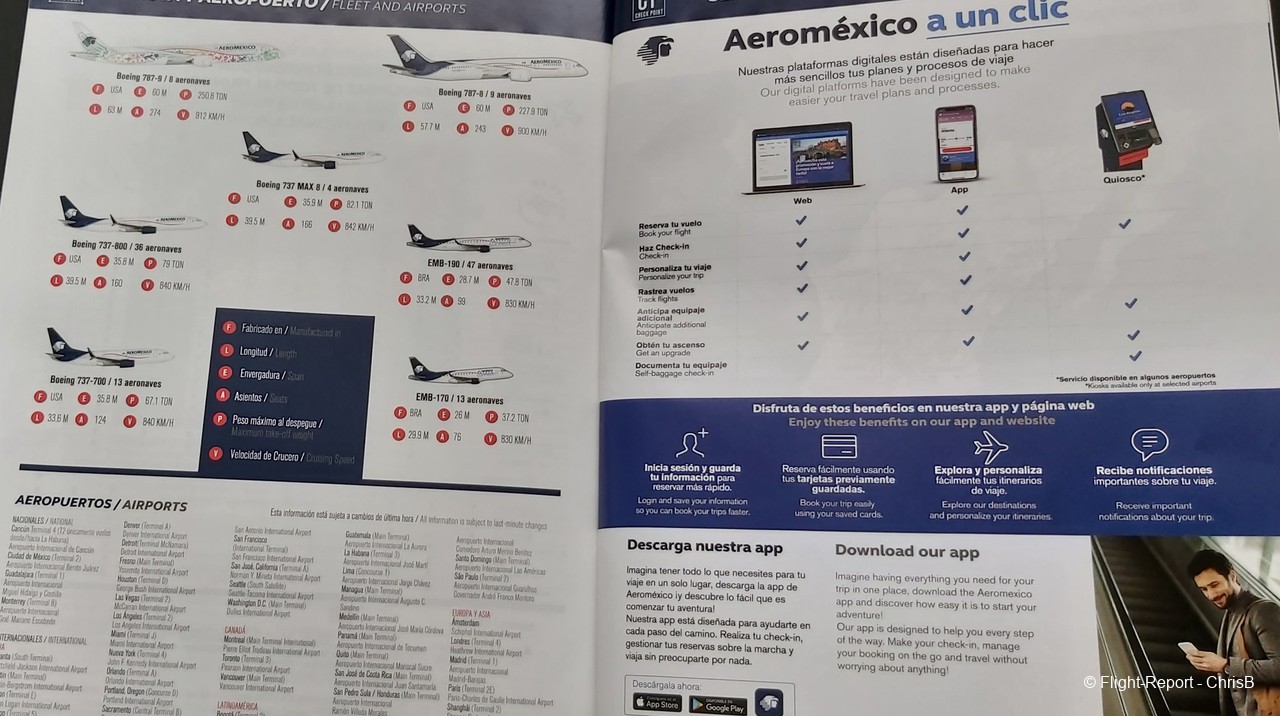 We landed at night - still too early to call it a morning at around 4am.. 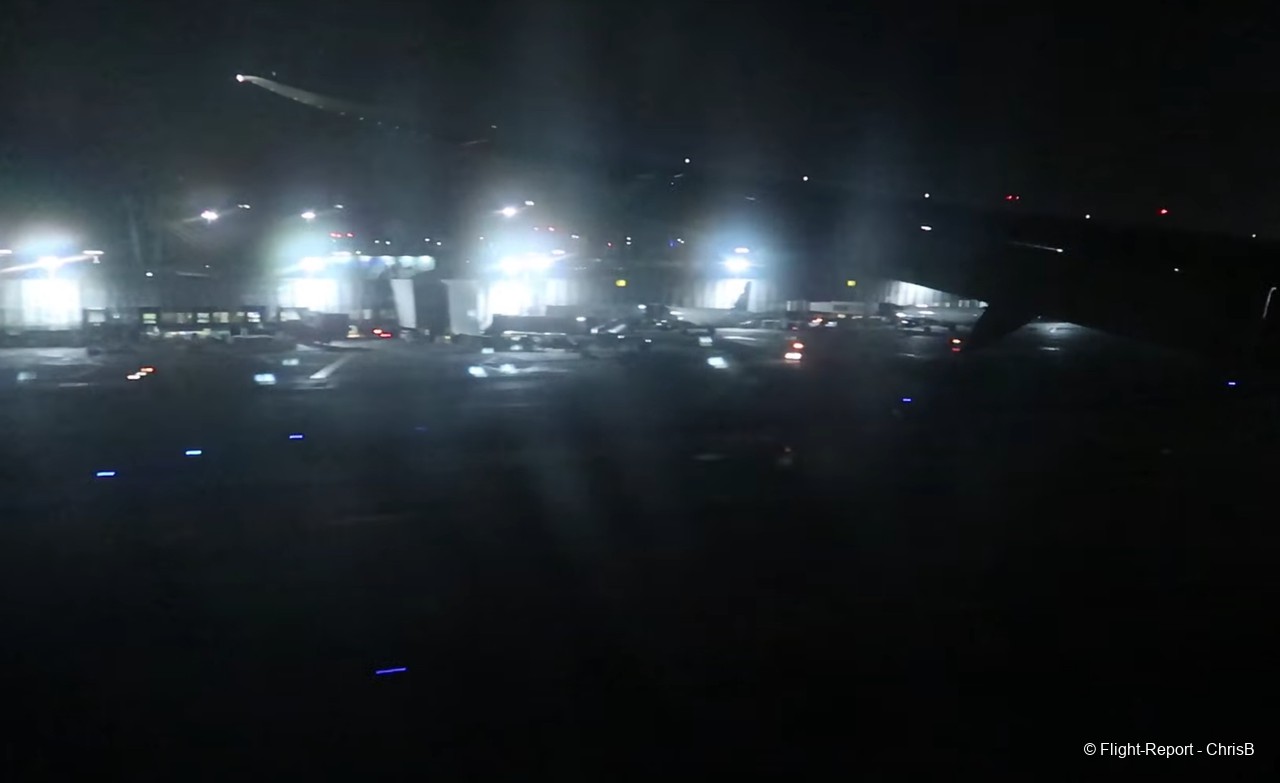 We arrived at the terminal 2, the hub for aeromexico still at night. 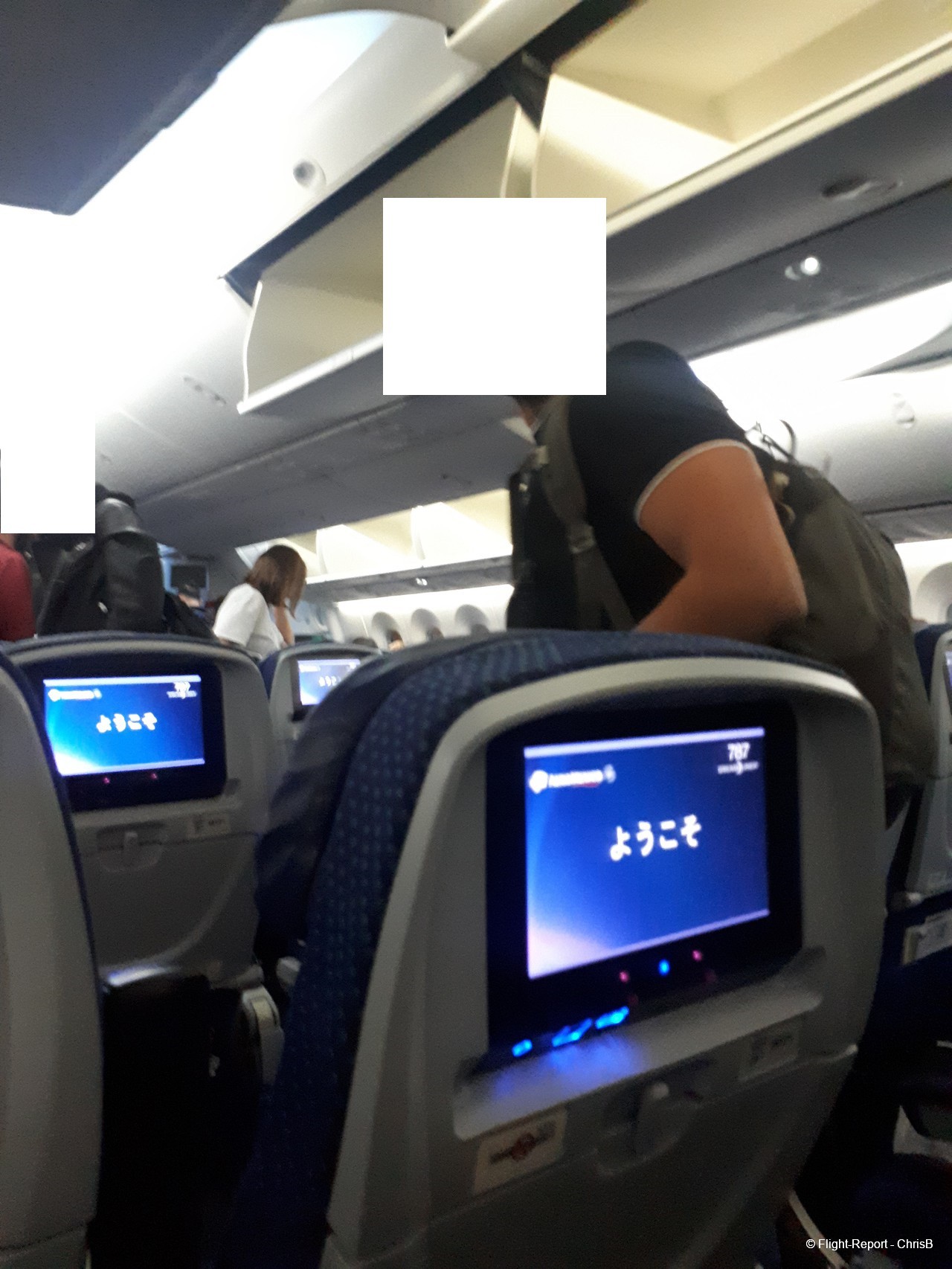 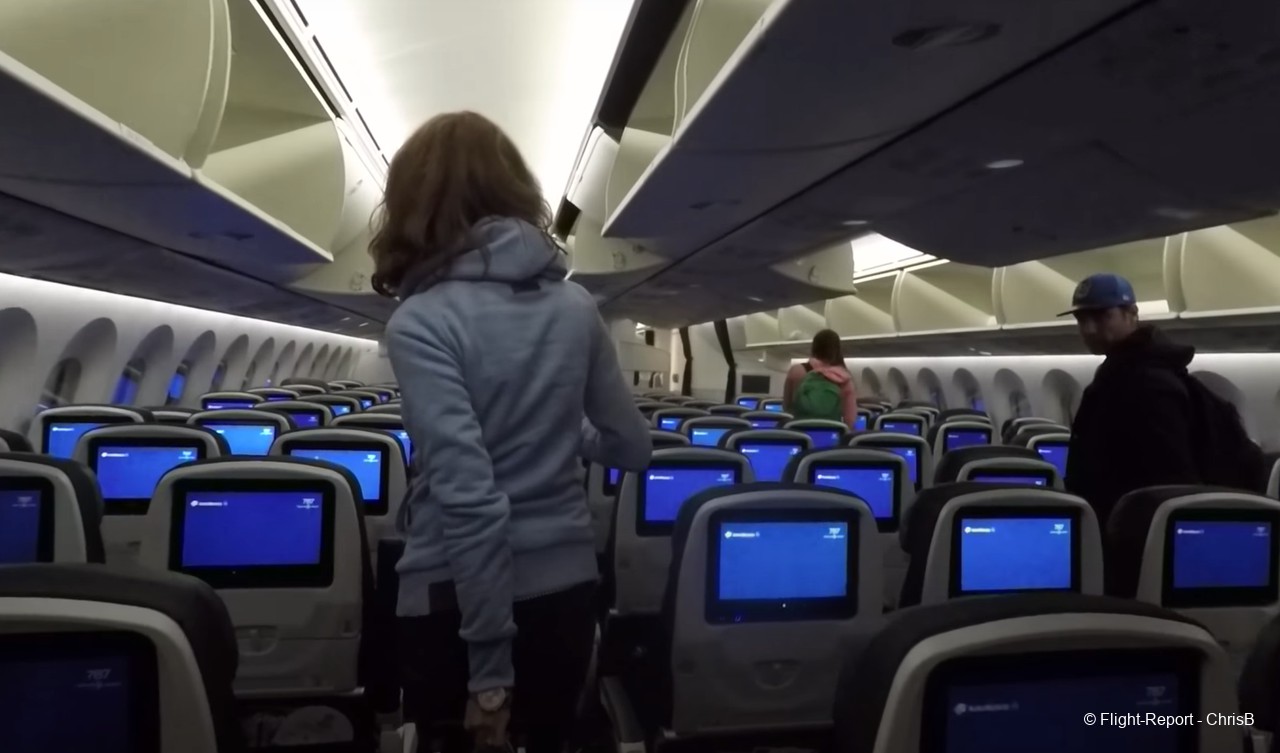 This was really too early as none of the shops were open yet. 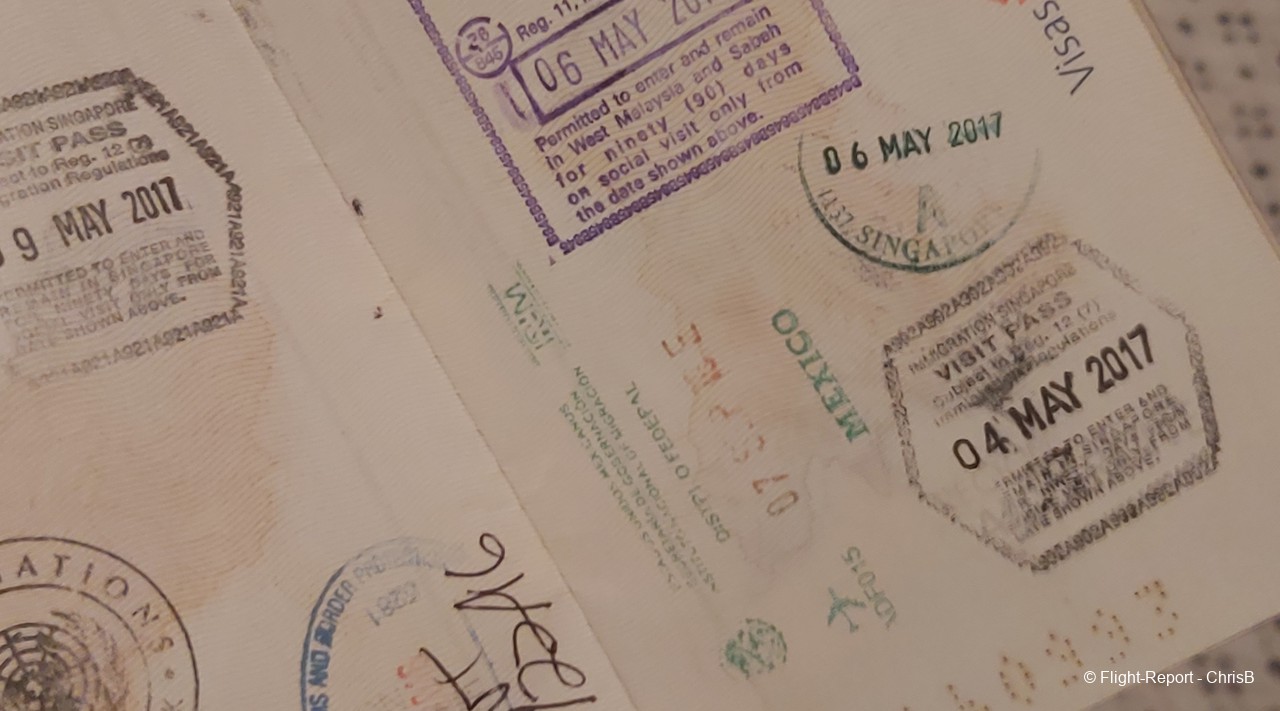 LHR: always a bit too far and too long to get there, either by public transportation or taxi...
Terminal 4 is clean and well organised as always
Lounge was ok, the food was in far proportions - the view on the gates is a real plus

Aeromexico:
The plane is fairly young, the cabin confortable and the seats were comfy enough for this price
Soft product wasn't amazing, the crew being professional and friendly was perhaps more the added value.
Good selections of films on the IFE

MEX:
Terminal 2 has very little light, a massive concrete building with just a very few narrow windows... It really feels like being in some sort of unfisnished Ikea store.