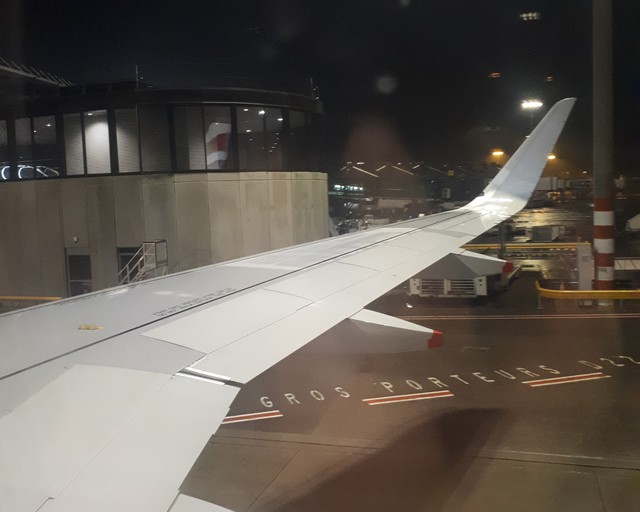 #50 out of 74 Airlines A minimum of 10 flight-reports within the past two years is required to appear in the rankings. 889 reviews

hello all,
today a quick return flight from our home in London to where my family lives, for a traditional reunion. However this time, on the way back, 6 of my very good friends were to join us for the new years eve!

British Airways has a well designed and user- friendly app, where you can check the status of your flight; choose seats and of course check in online and get your boarding pass. This boarding pass is one of my other half, I couldn't find mine but I was surely on the F row! 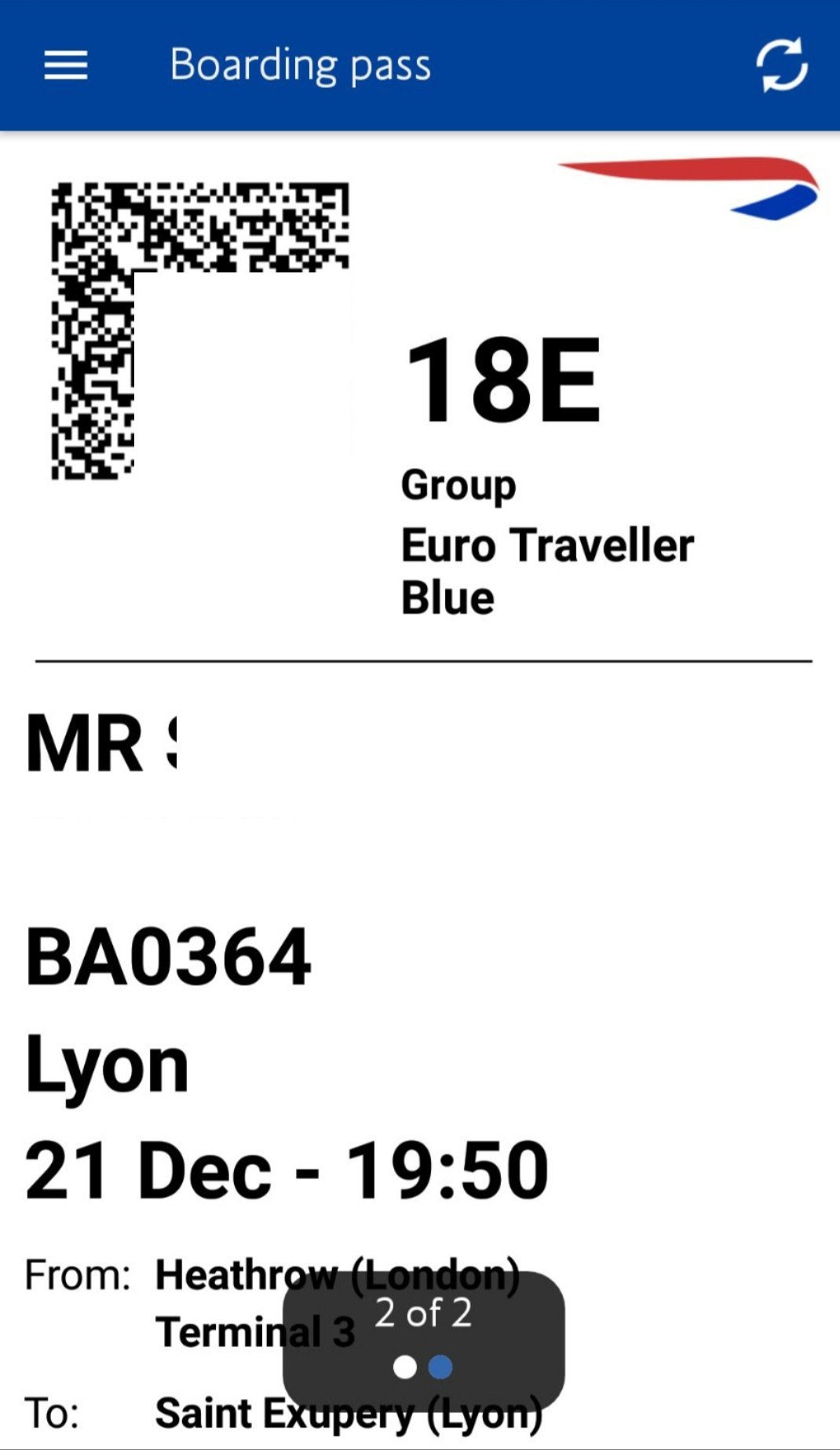 I used to fly back to Lyon at the very least 8 times a year, just to show you an example from this Avios dashboard screenshot… This was up until A) I moved to France B) BA became such a low low cost airline, offering as little as U2. 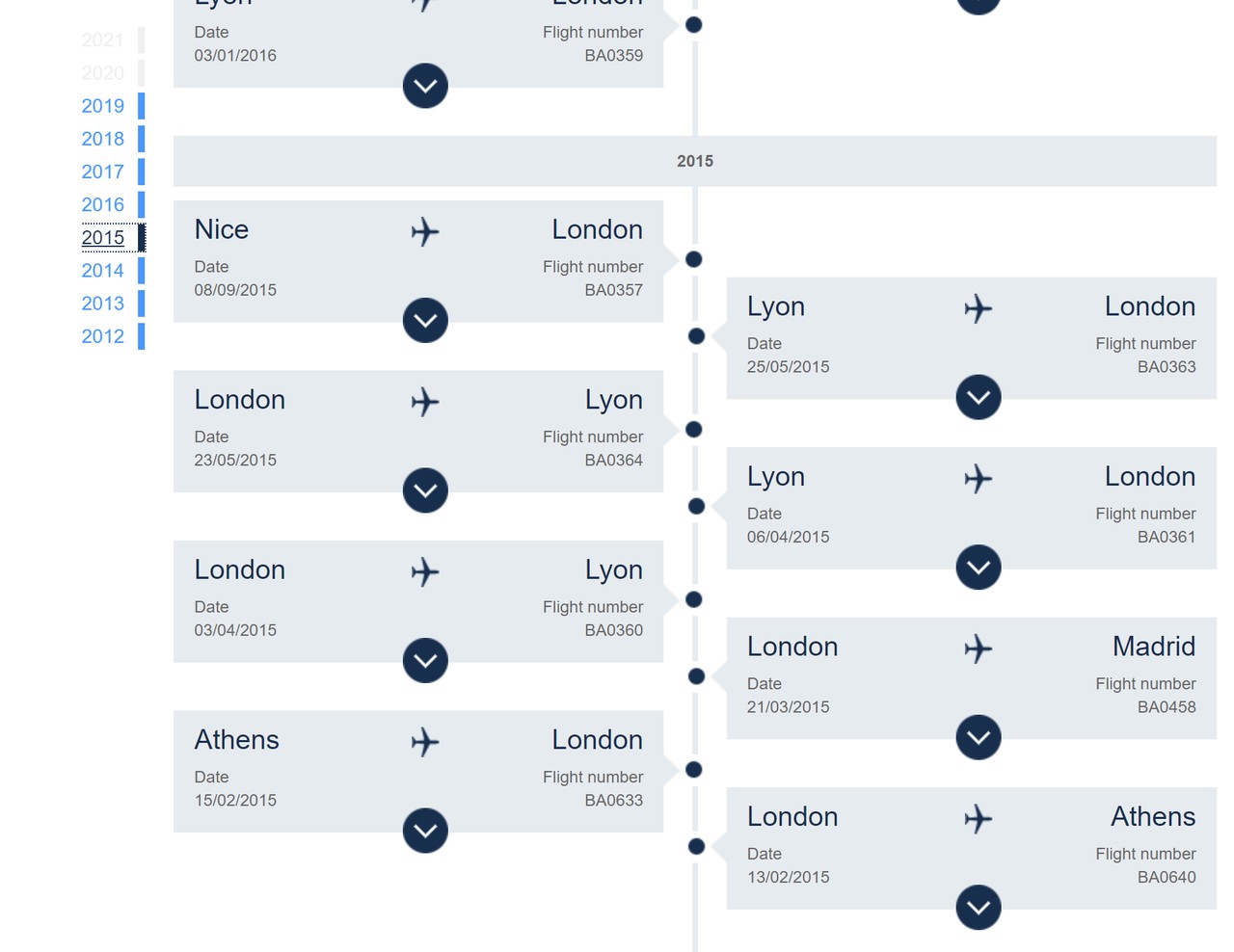 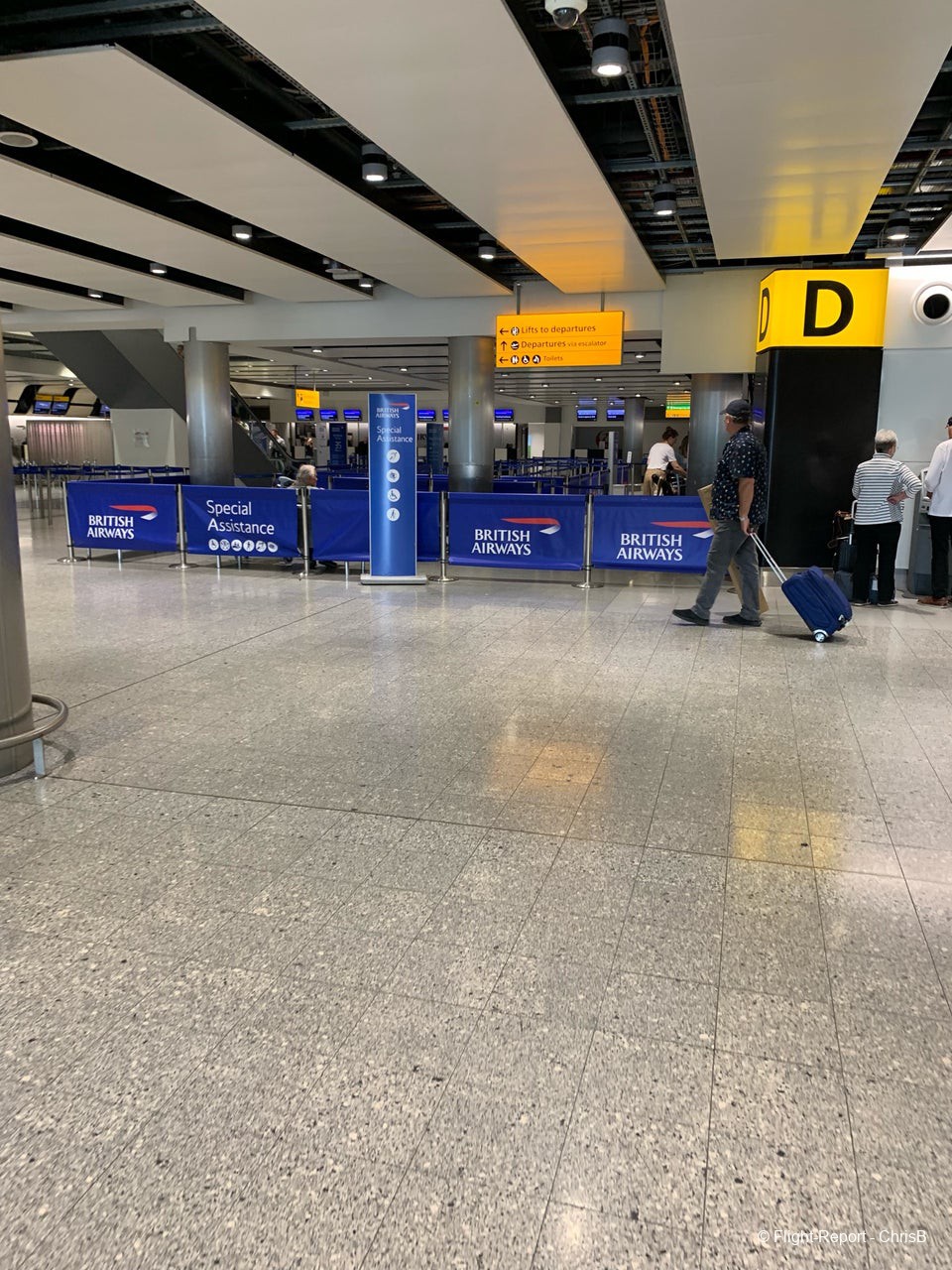 We arrived at LHR with the piccadilly line, as usual, after changing with the district line from our shoreditch home, making it more than a hour journey to the airport.

I am not sure why but when BA moved all of its operations from T3 and T1 to T5, a very few flights kept being operated from there, amongst which Lyon. 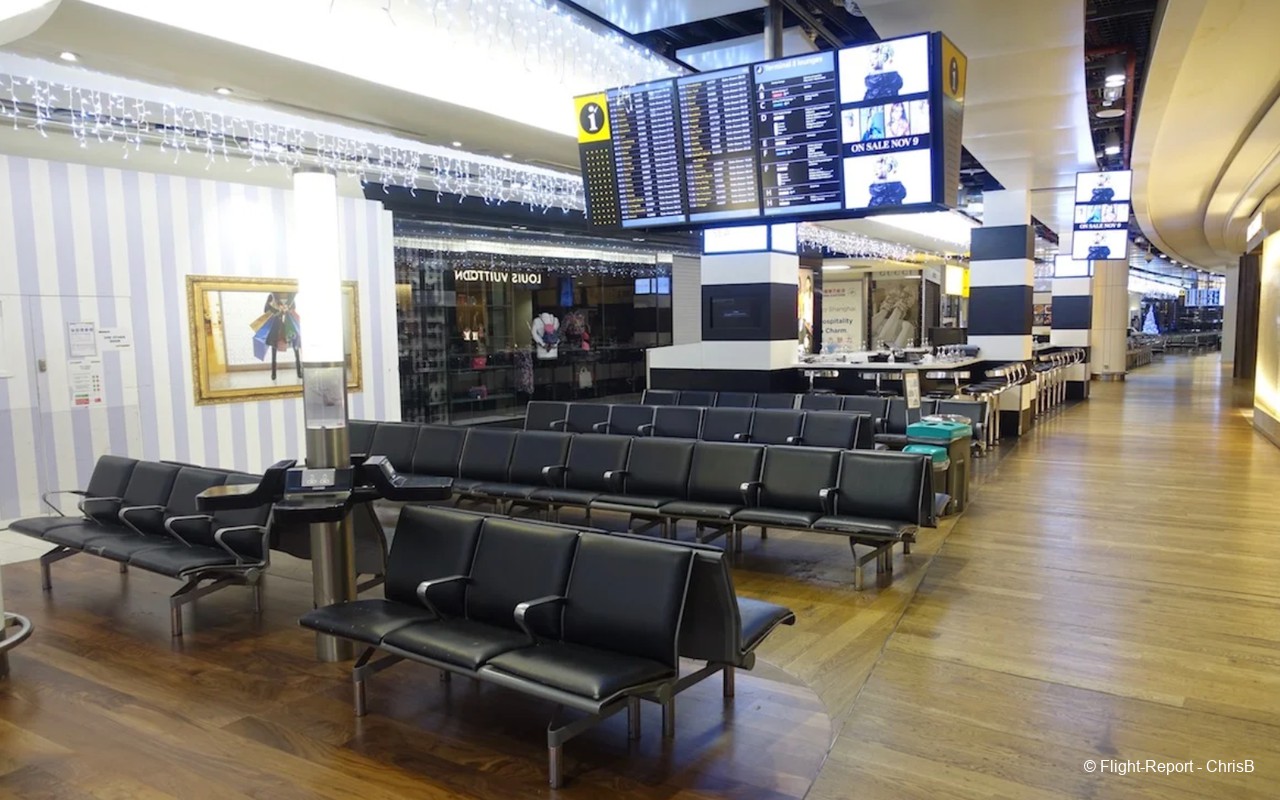 T3 was not that busy which was very surprising considering it was the Christmas period. 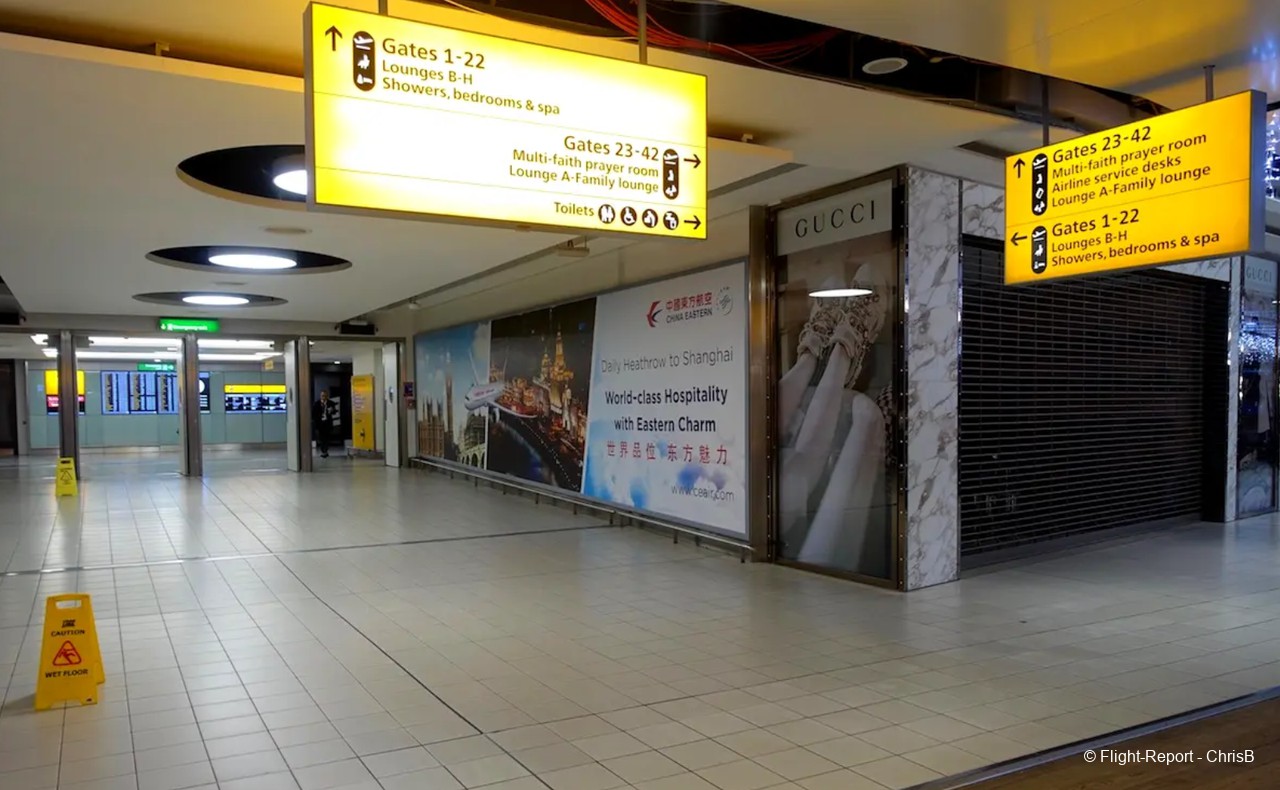 The great thing leaving from T£ was the amount of 747 visible, and with my favorite livery: Virgin! 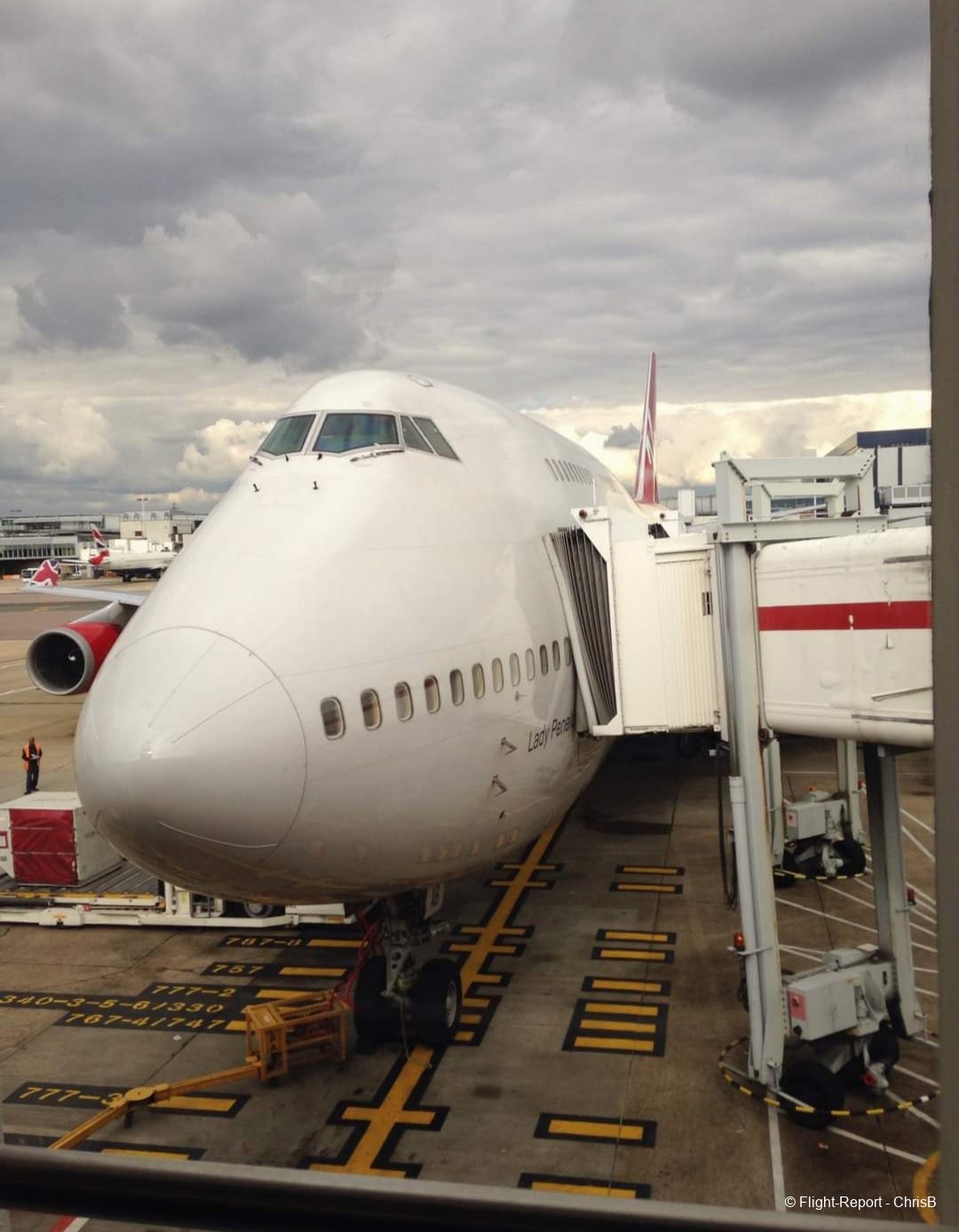 As I was flying less and less with BA, my executive club membership dropped to an absolute basic level - I just received this new card before flying, thanks BA! 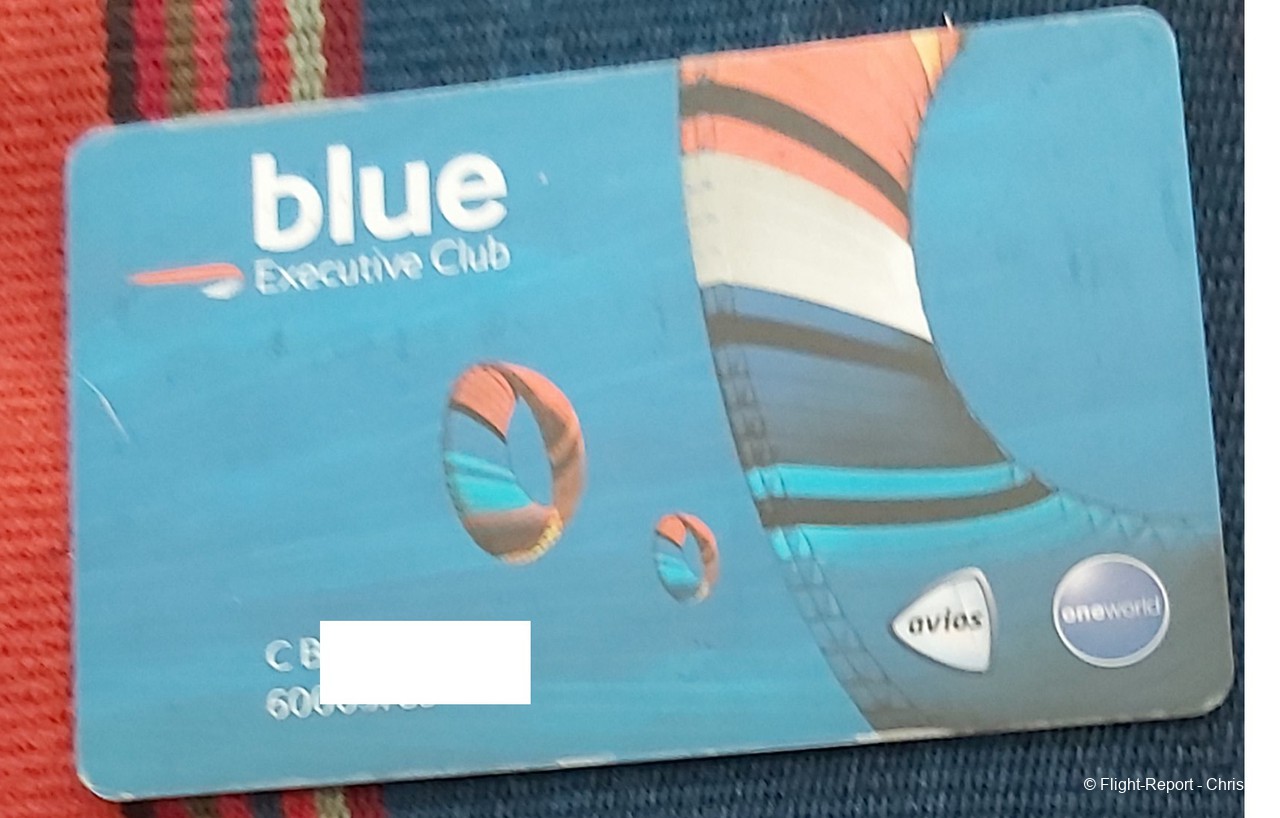 As usual boarding happened in groups (really dislike the idea) and the ground staff shouting at you to get the passports ready please!
A shot from our departing gate, 27. 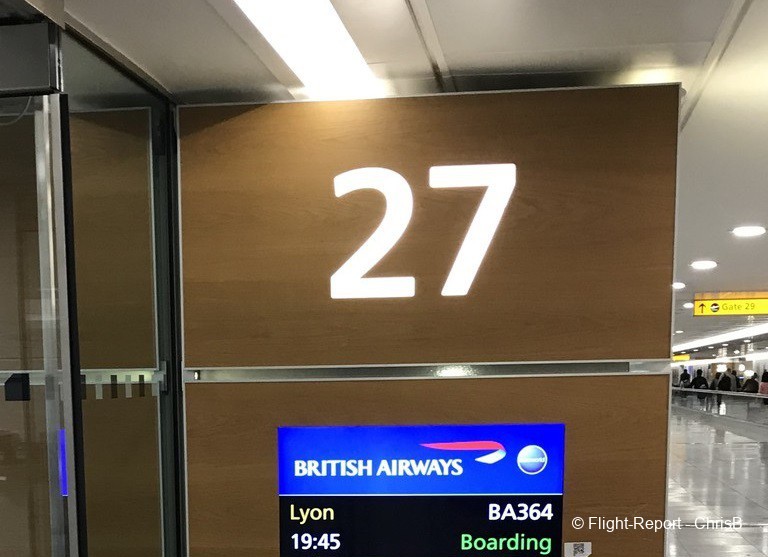 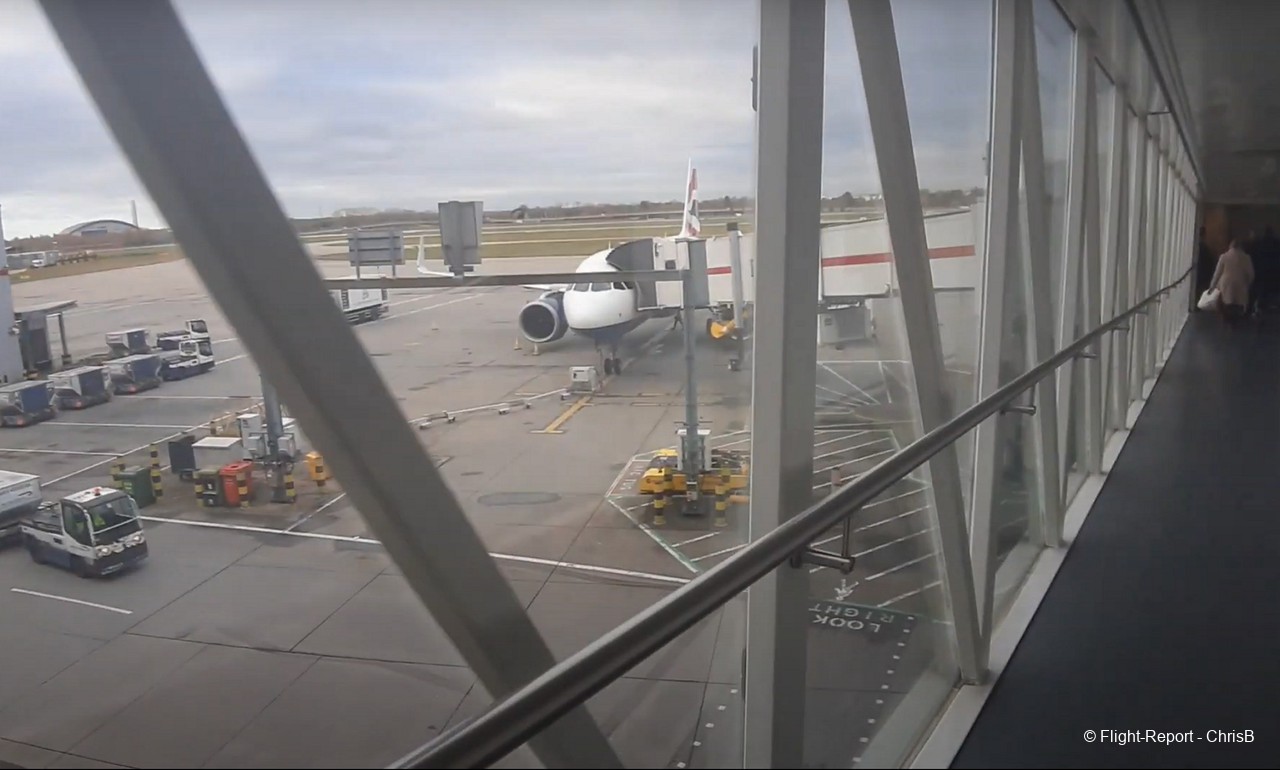 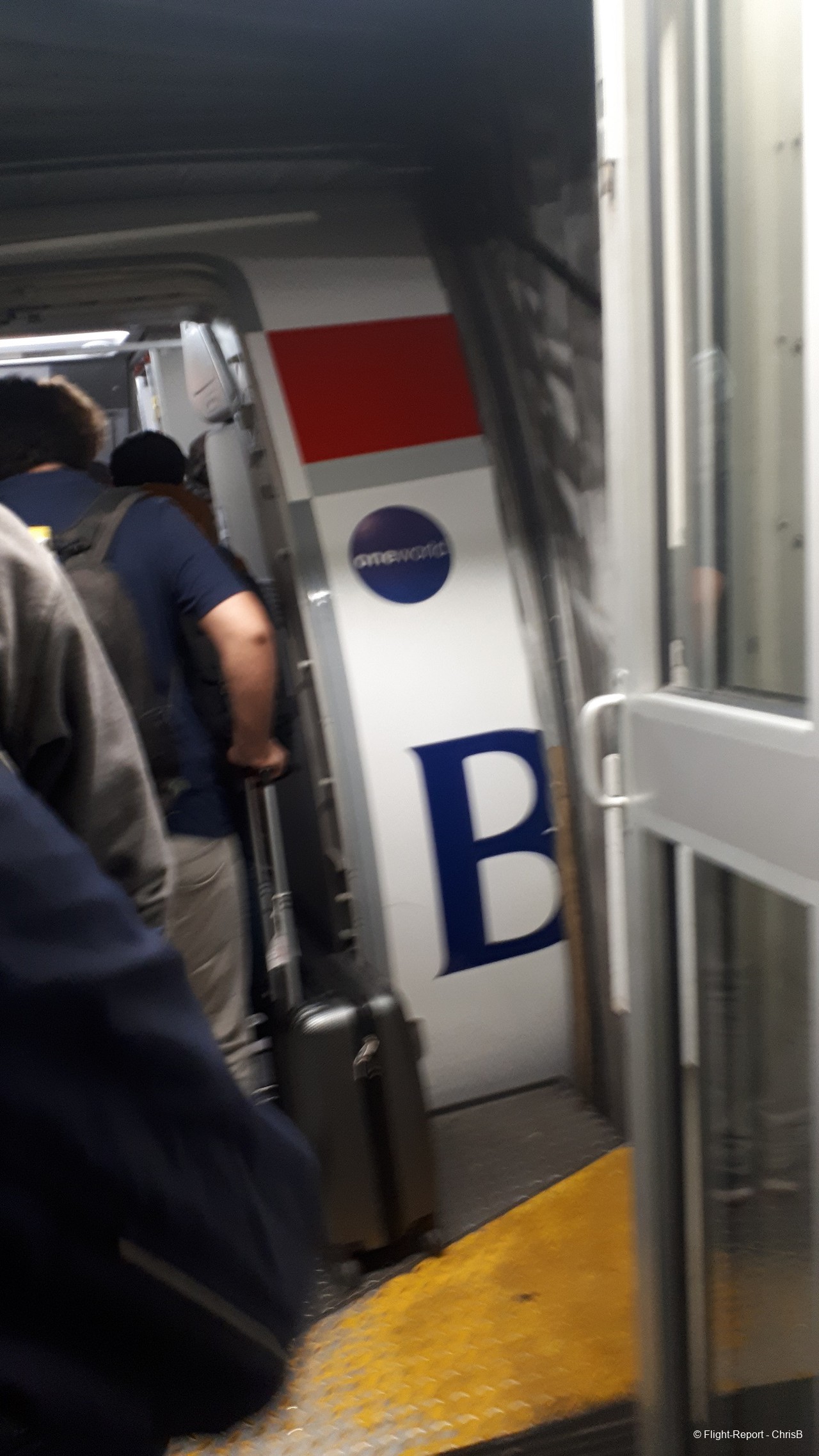 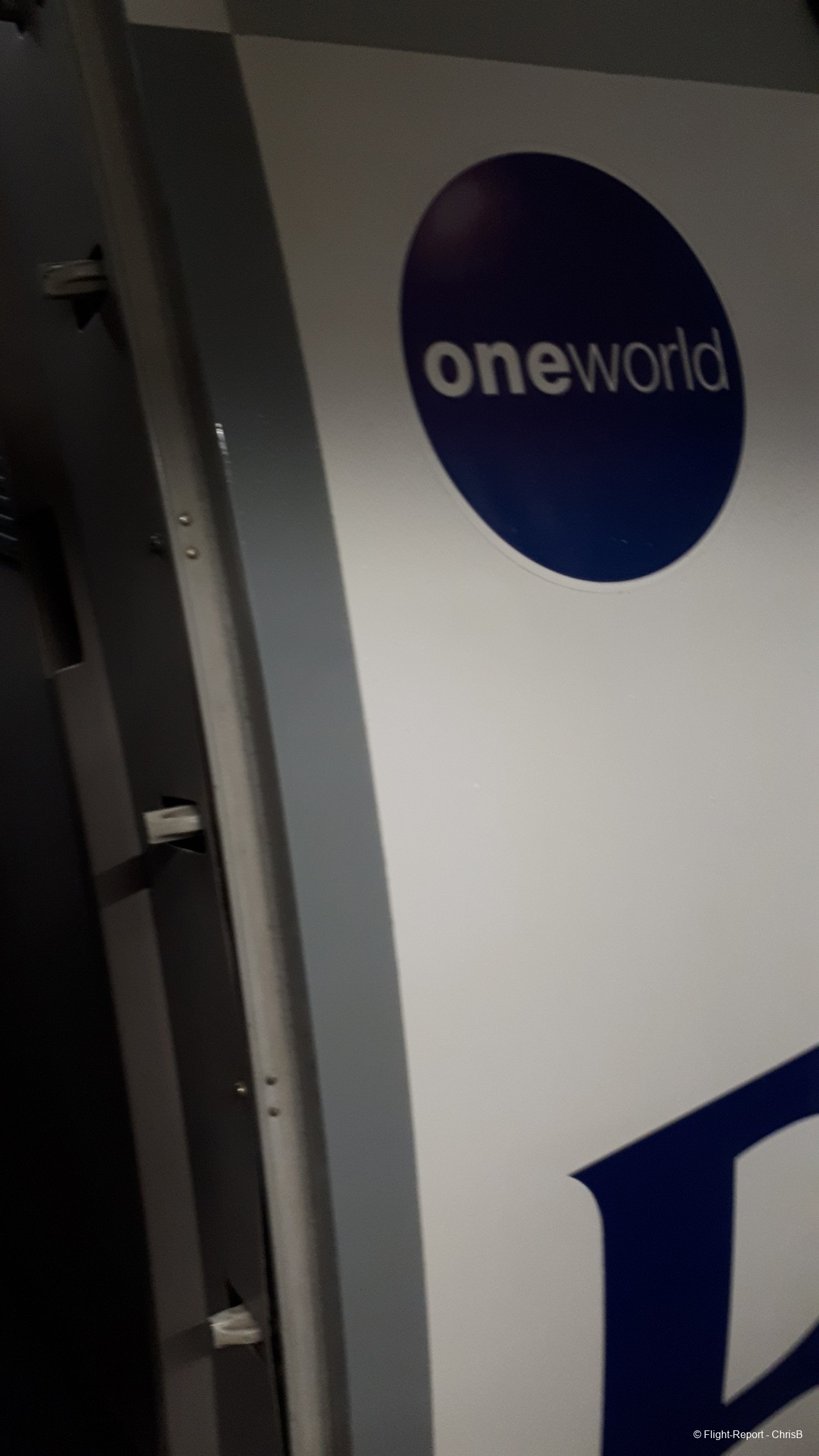 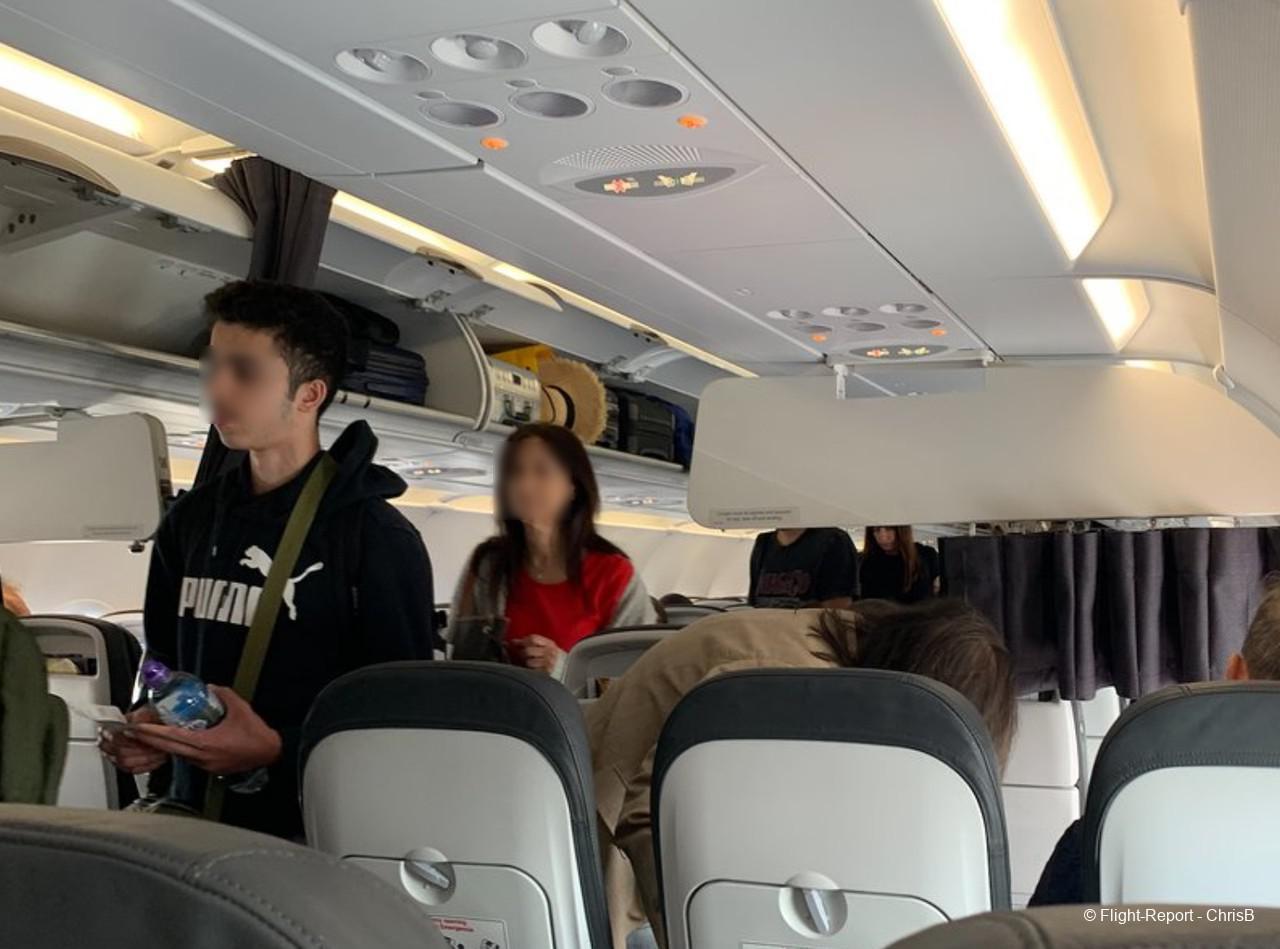 The crew assigned to the cabin today seemed ok.

Captain made the usual pre-flight annouce for this flight.
We started push back soon after.
Crew performed safety briefing in the old fashion way - one of the rare Speedbirds unit not to have the cabin screens - shame for a brand new A320Neo! 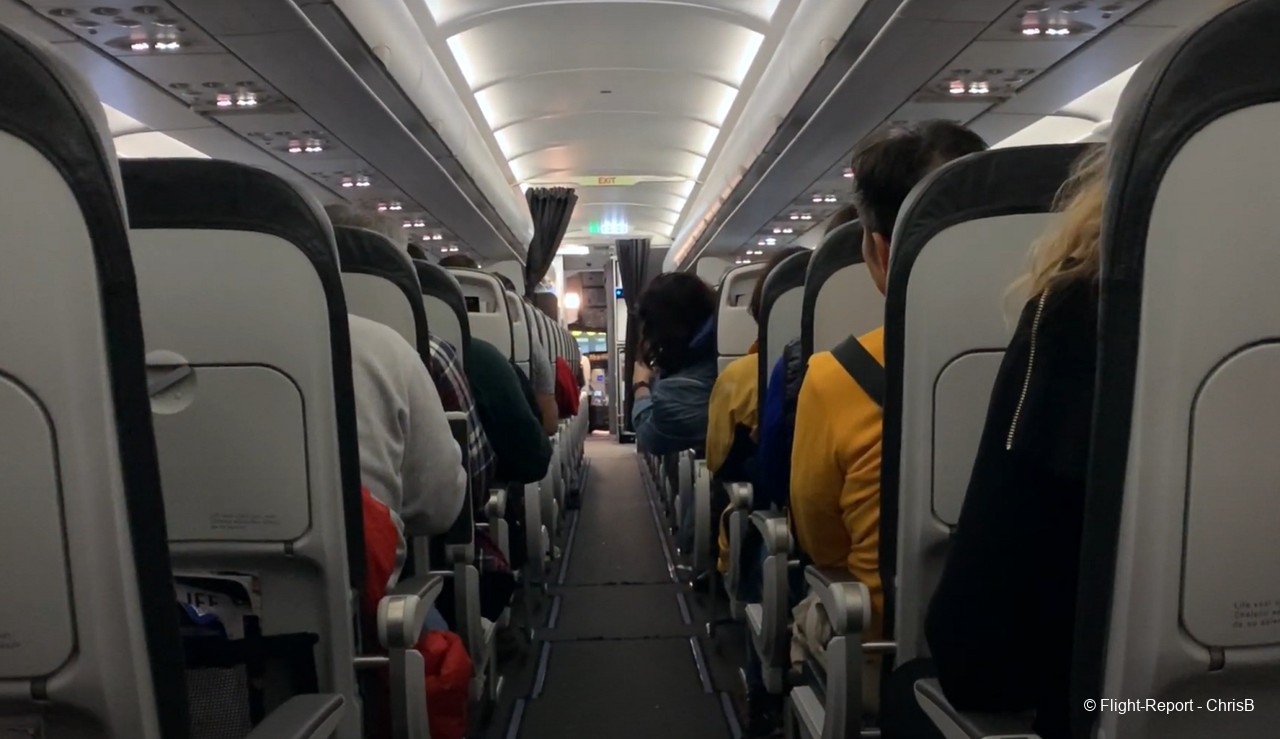 The service started very soon after the fasten seatbelts sign has been switched off..

I decided to browse through the food menu, and drinks menu to discover that the awful whote acidic wine (well bleach to my opinion) is still available but this time to be bought unlike before… 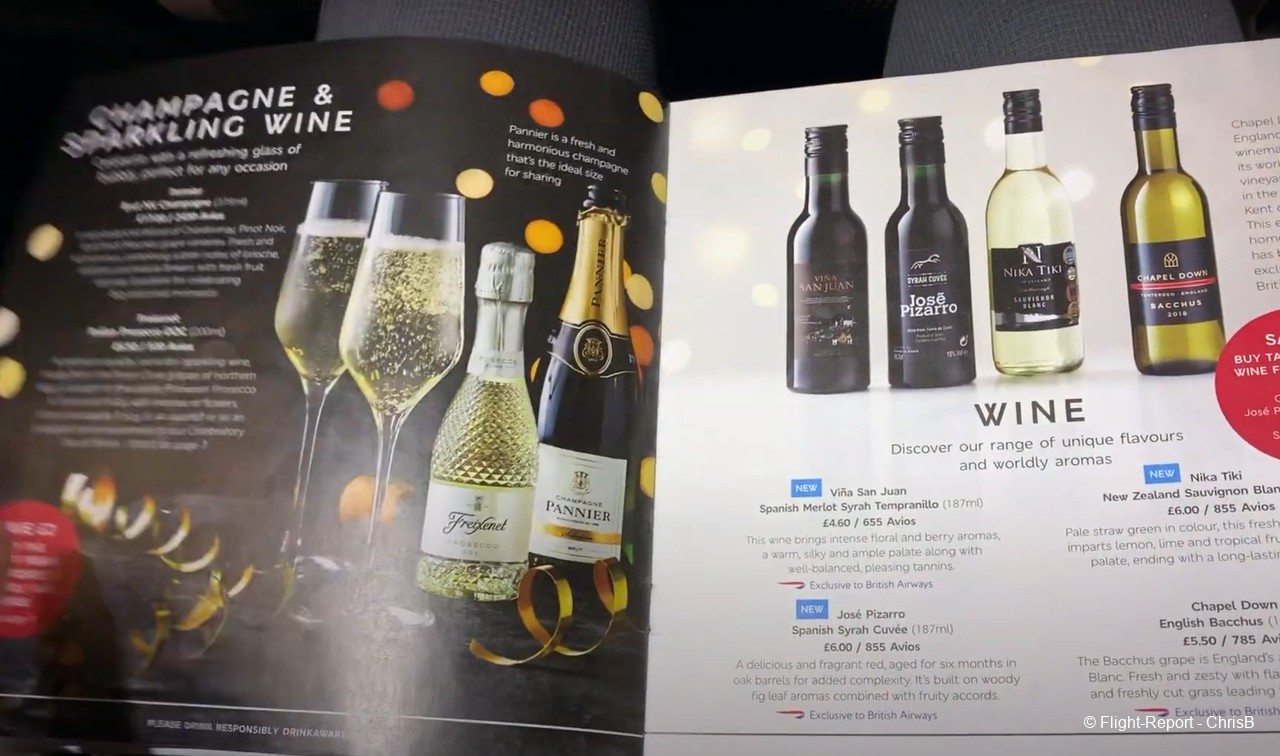 I decided to go for a clun sandiwch, some bubbly drink and a dessert… After all it was christmas so I needed to prepare my stomach for the big food ahread… 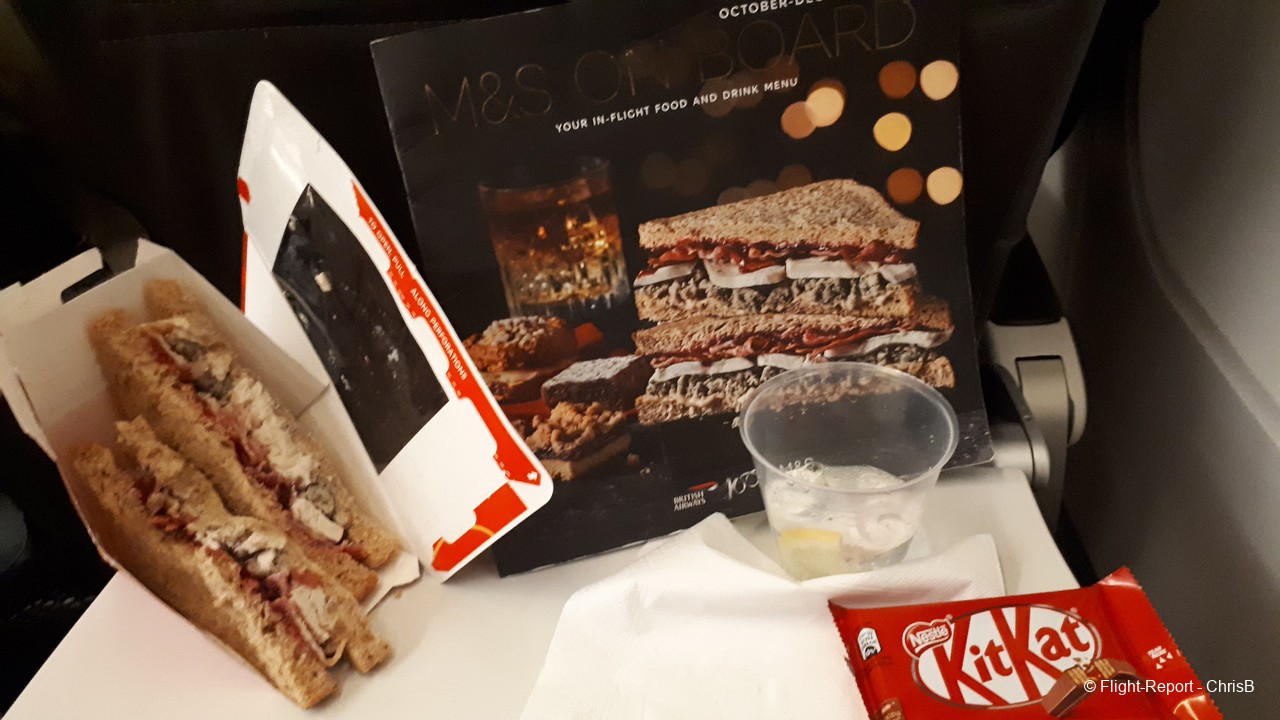 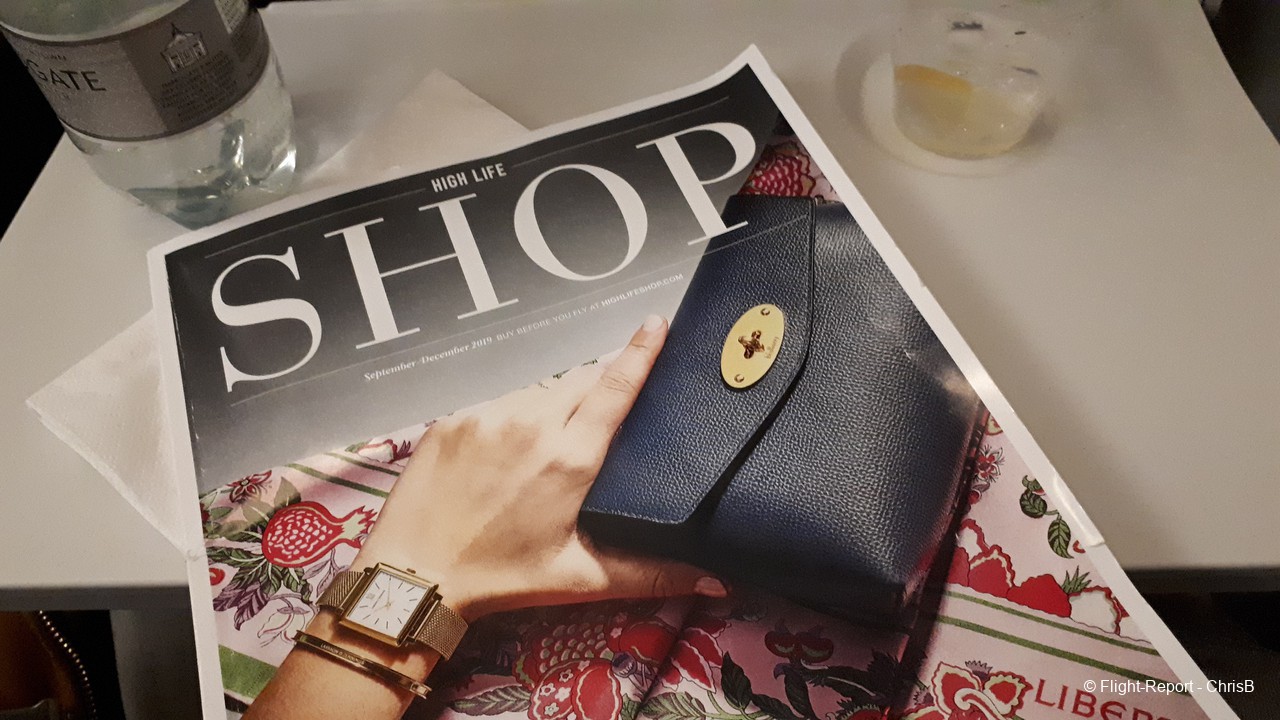 And the famous high life… 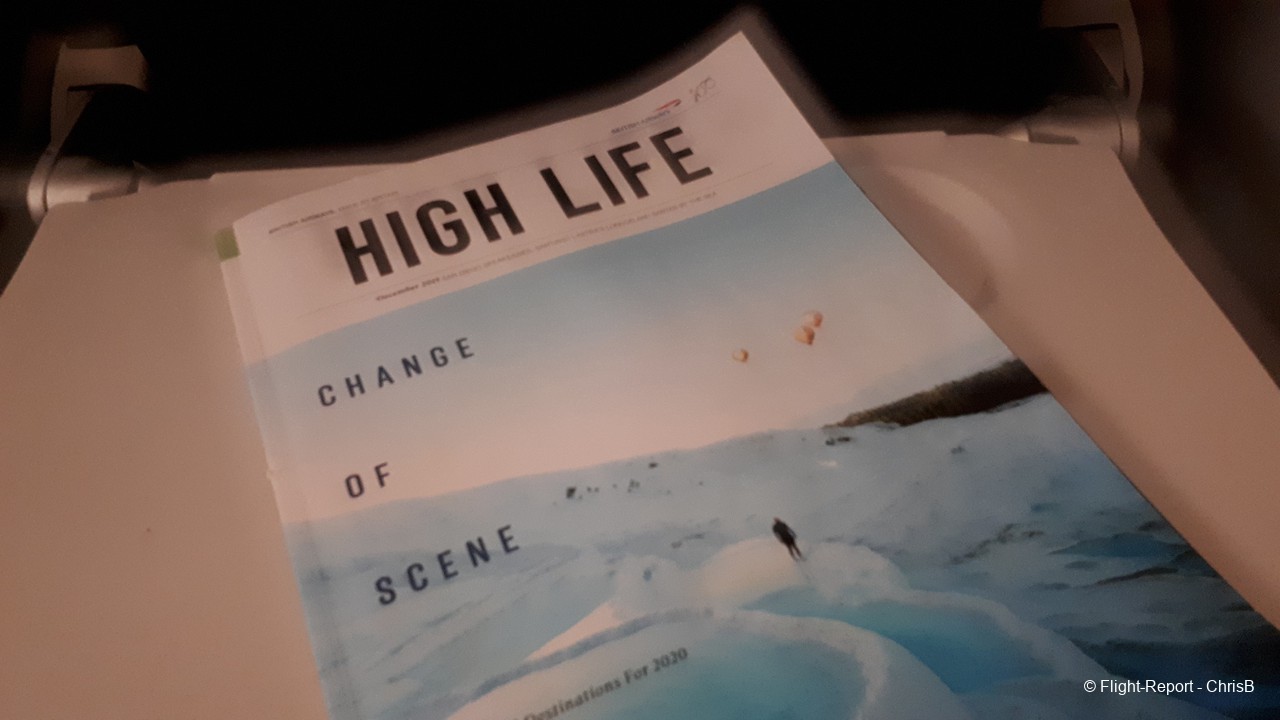 Regretably, as usualy, British Airways does not display any information about its fleets, just the route network.
The coverage of european destinations is impressive however the domestic market could be developped further. 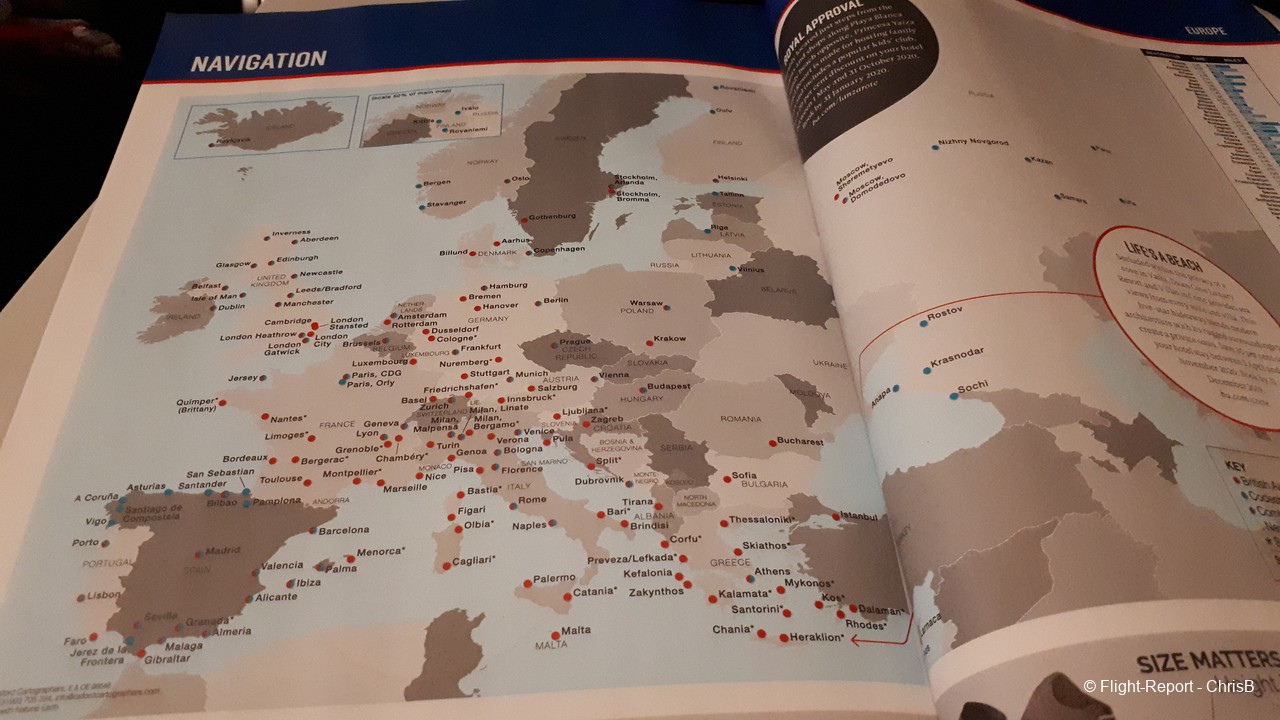 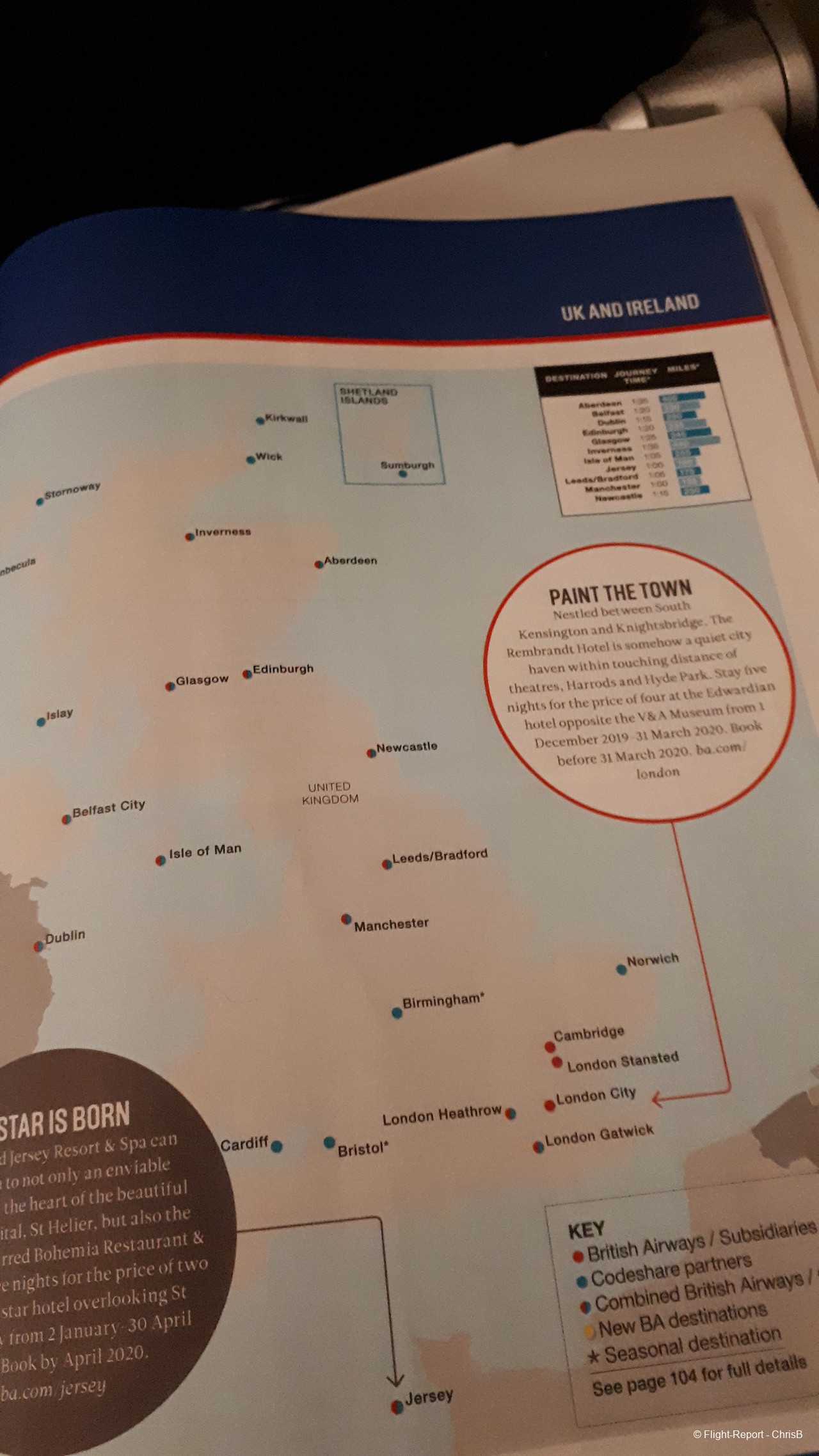 We approached Lyon Saint Exupery arport after another 40 min of flights and made our way to the final on the runway 35R. The landing was very very smooth, so congrats to the captain! 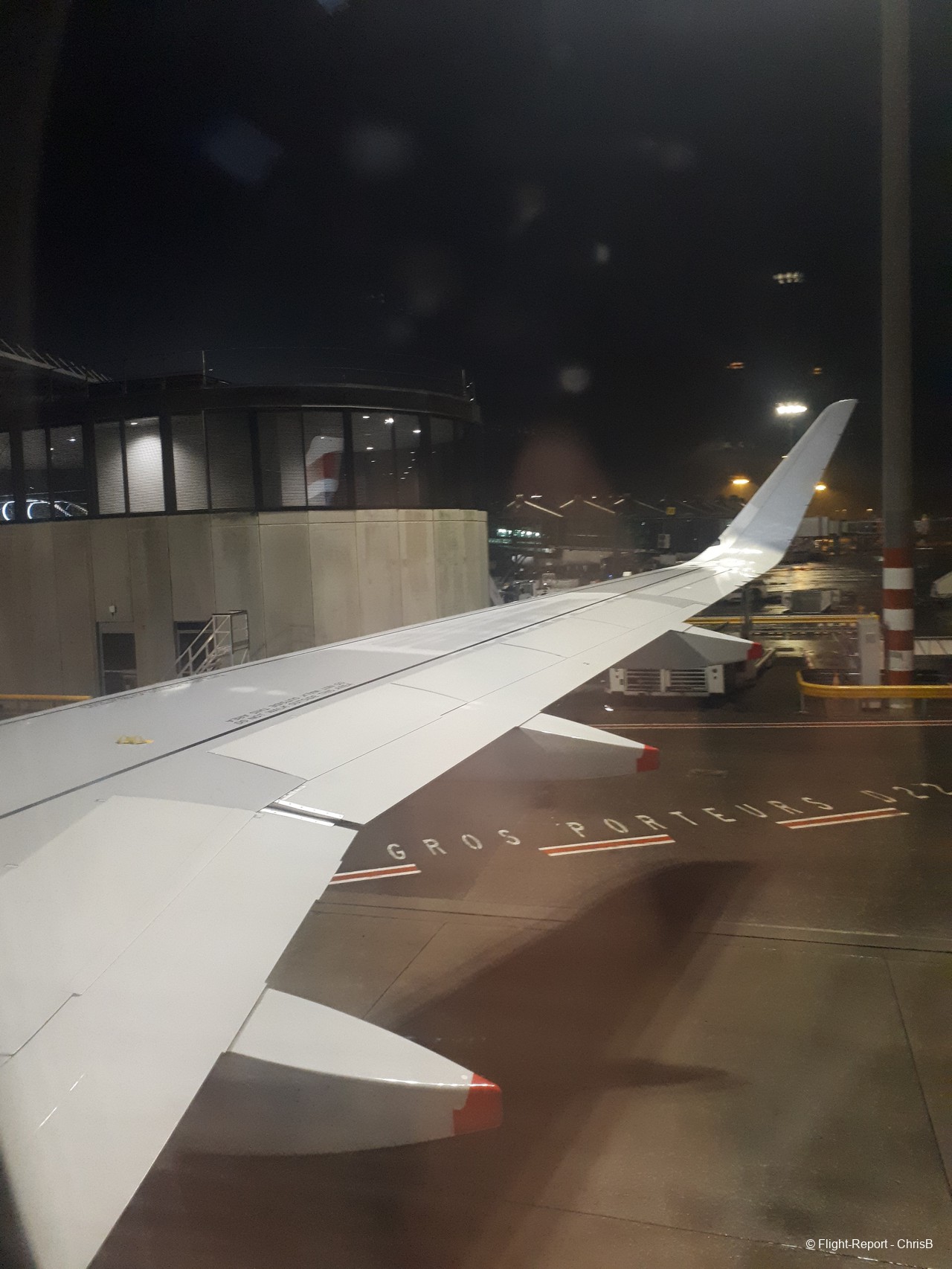 We arrived at the new T1 terminal, as I used to arrive on the old gates of T1

BA: Brand new plane, it is always appreciated.
However the cabin has been densified- 180 seats the max on an A320... There is no screens above in the cabin..
The seats are ok for ironing a shirt but not sure for a back of a human being for too long...
For me a legacy that adopt the BOB will have less than 5 so there you go BA.
The crew was really professional, and it is the strengh of BA: you know what to expect and BA delivers it. No surprises and this is what you want for your "home" flight.

LHR: Very clean, very big and bright, a lot of options but too big actually XD
Can't wait for the crossrail..

LYS: As efficient as always!

The contributors of Flight-Report published 13 reviews of 1 airlines on the route London (LHR) → Lyon (LYS).