#34 out of 121 Airlines A minimum of 10 flight-reports within the past two years is required to appear in the rankings. 130 reviews

By marathon GOLD 2291
Published on 8th November 2013
I was halfway through this vacation :

This FR starts in HuaiHua, a city in the west of the province of Hunan where they probably see few foreigners. Few enough for the receptionist of one the town's major hotels to ask me how come your visa is issued by the Republic of China (and not the People' Republic of China)? I would have liked to see the face of the local policeman receiving the copy of the hotel's customers' register, where she dutifully stapled a photocopy of my Taiwanese visa…

The road to the airport takes road G320, some 1600 km from its initial point on the coast according to the mileposts. The driver drives like in the real China: each and every bus and truck is passed in zero visibility curves or slopes. And of course, nobody on board wears seatbelts, since they are stuck.

Leave safely, return home in peace: this common road safety slogan does not seem to have much effect on the drivers.

Anyway, we reach forty honking minutes later the Zhijiang- Huaihua airport, which is the kind of airport that I like: nowhere to be found in my tour book or in Flight Report's menu when I bought my ticket. The terminal is of course very small.

And the control tower is really old fashioned. 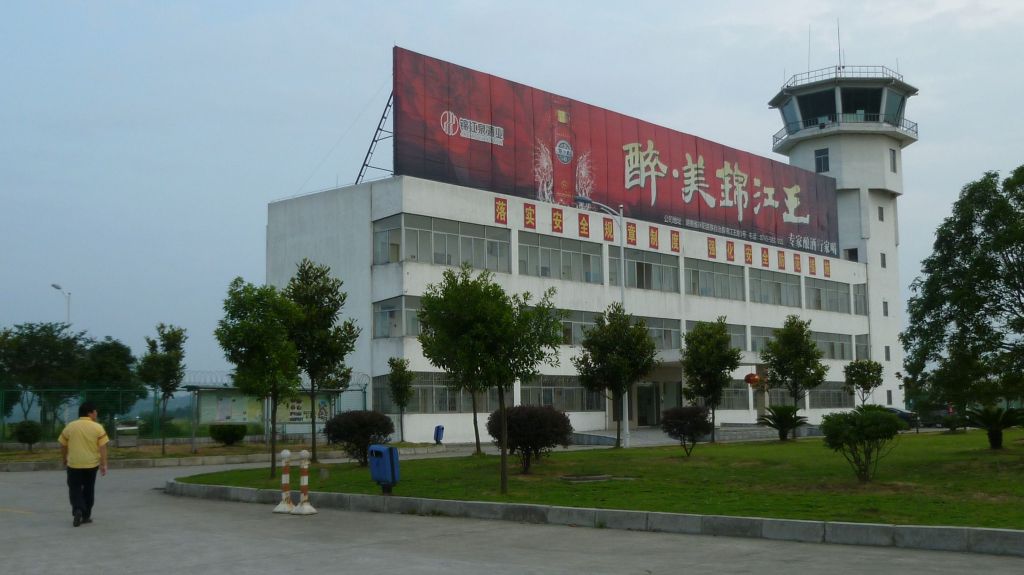 There are only four daily flights to Kunming, Shanghai-Hongqiao, Guangzhou via Changsha, and Beijing via Changsha; mine is the latter. 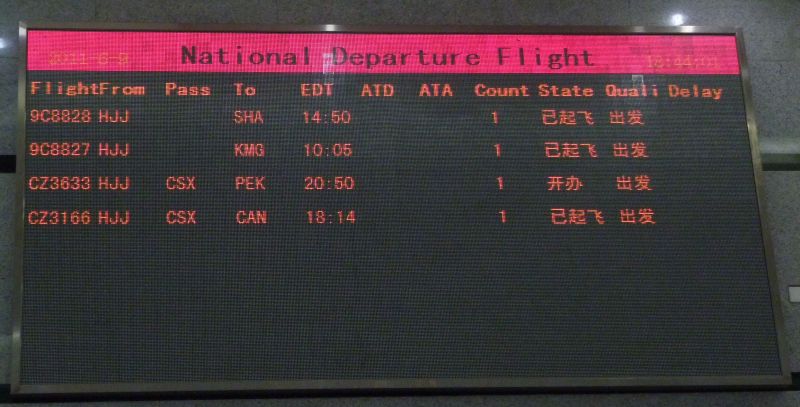 Of course, there is no taxiway, or jetbridge, and the walking distance inside the terminal to Gate Number One – the only one! – is reduced to the strict minimum. 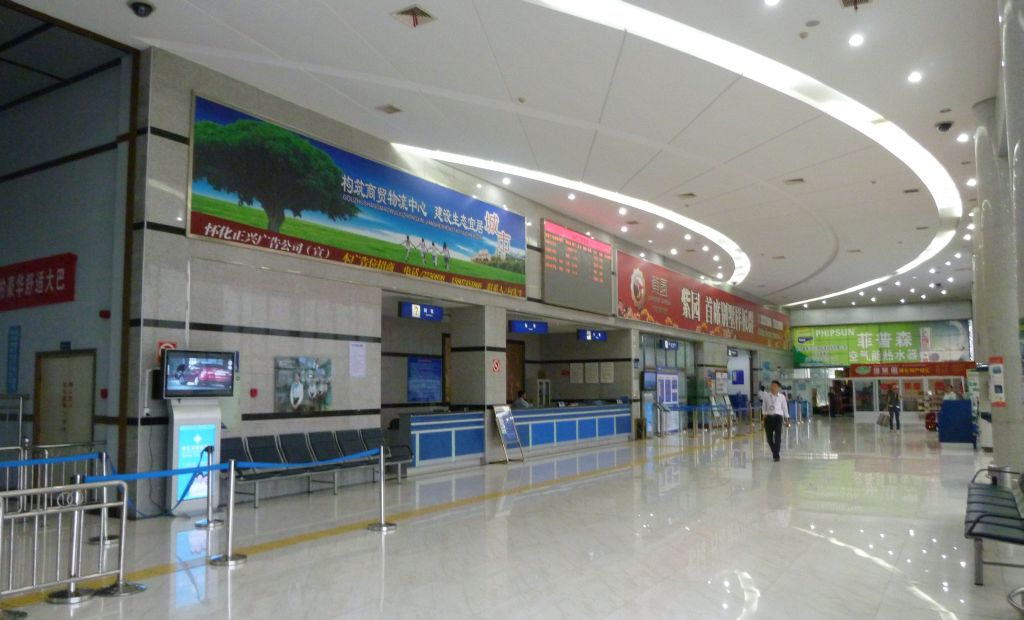 The boarding room was still empty when I arrived very early, but filled up gradually. See on the right the old cathode ray TV set on a local channel. 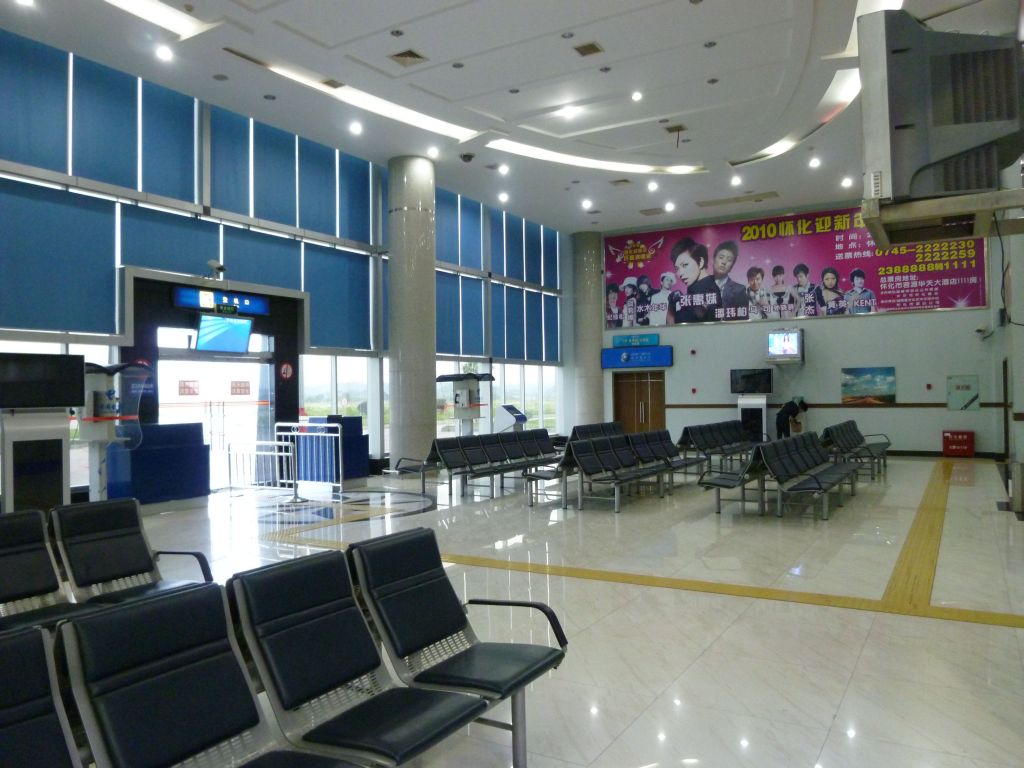 There is a souvenir shop, next to book shelves that you would not call a bookstore. 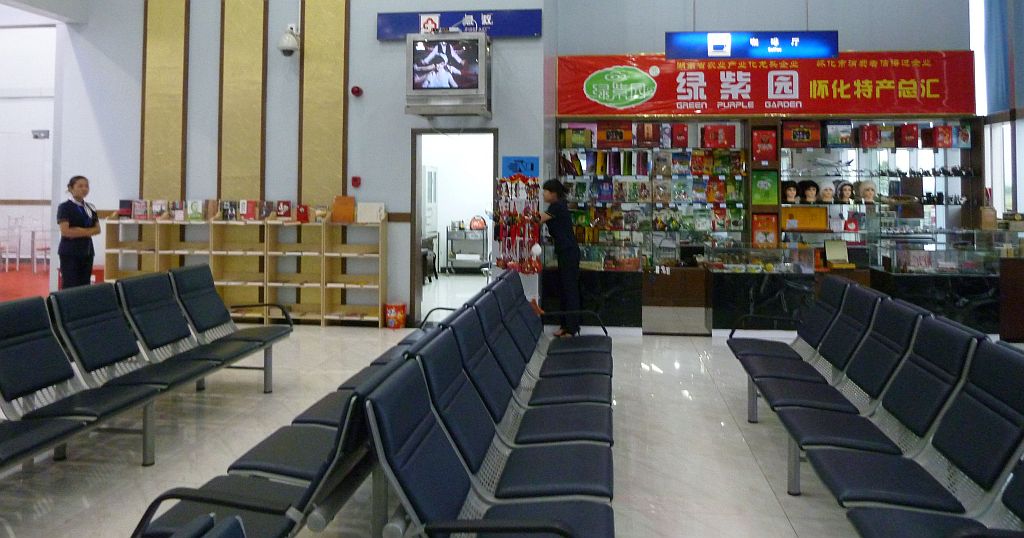 There are precisely 74 books for sale (one copy each) ! 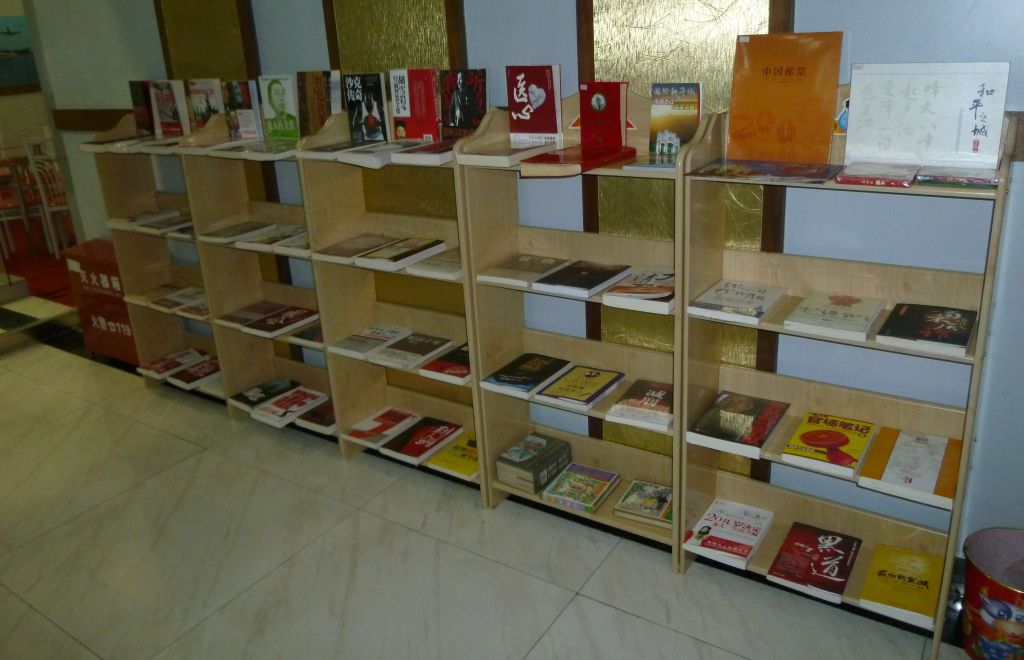 Arrival of Flight CZ3634 from PEK via CSX.

Boarding is announced: all passengers rush to line up. The aircraft is nearly full: already six passengers in business when I boarded, probably 90% in economy. 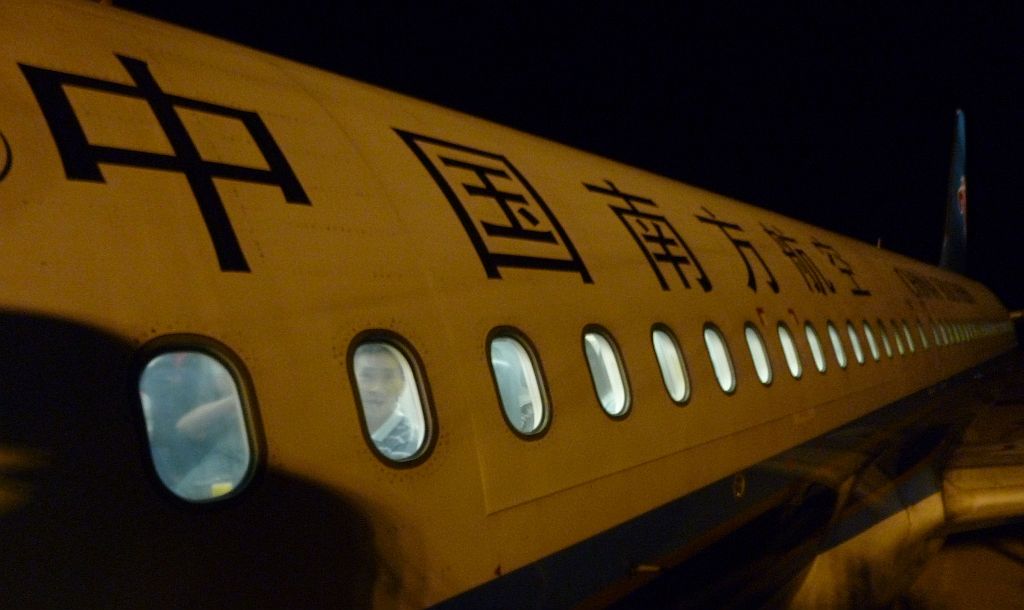 A look at the business seats while leaving the aircraft: 2 rows in 2+2 layout, like anywhere in China. 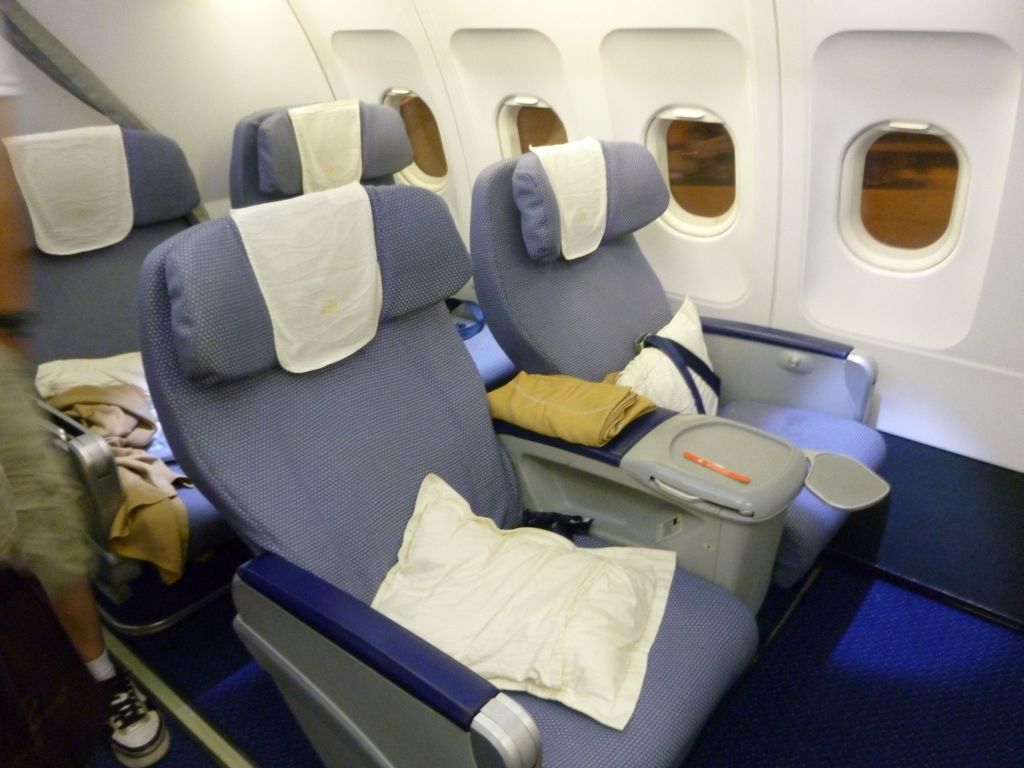 And the economy class, equally usual 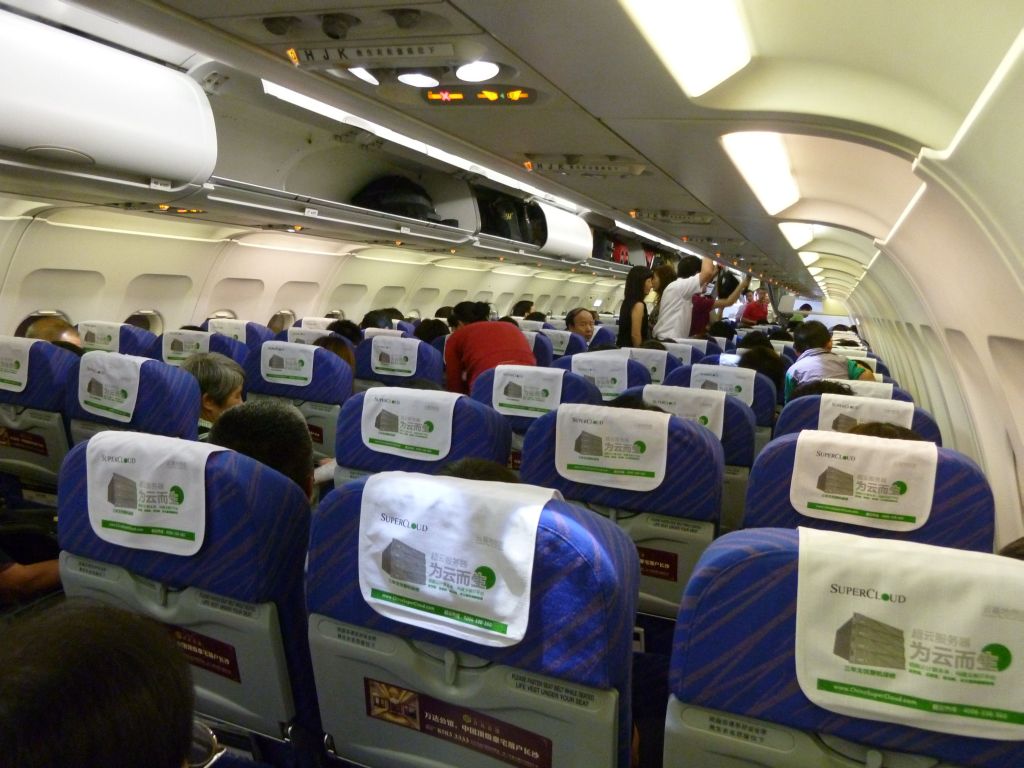 The meal is one of the lightest I ever received on a Chinese domestic flight: 20 grams of peanuts, and a 350ml bottle of water. Both were thrown to the passengers without a single smile. 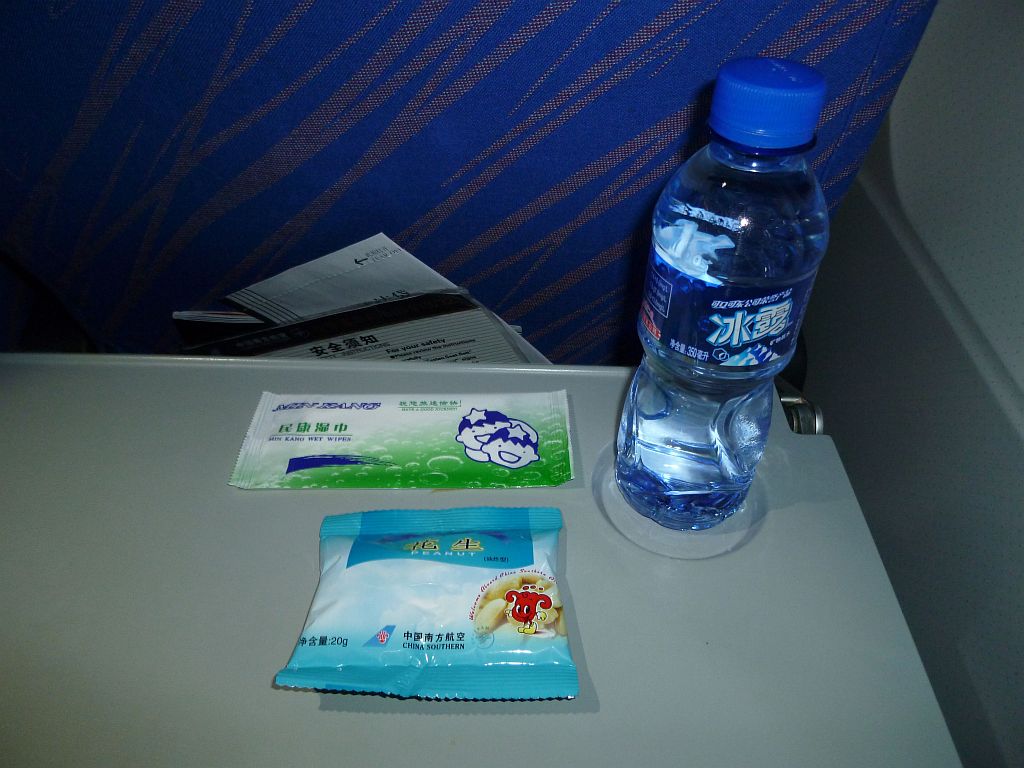 The flight attendants go up the aisle with the trolley loaded with the only drink: tea. No fruit juice, and of course no alcohol. I won't have any anyway, since turbulences interrupted the service and only the first rows got some. All I saw of them was in the bottom of the plastic cups of the happy few, when I left the aircraft.

Arrival at CSX, a very large airport, but taxiing is limited and the aircraft arrives pier side five minutes ahead of schedule.

All passengers must leave the aircraft with their belongings: there is a fork in the jetbridge where passengers continuing to PEK receive a sort of boarding pass to re-embark later. I have had the same system on CZ flights to South-East Asia via its hub in CAN, only that there we were directed or not towards the immigration control. 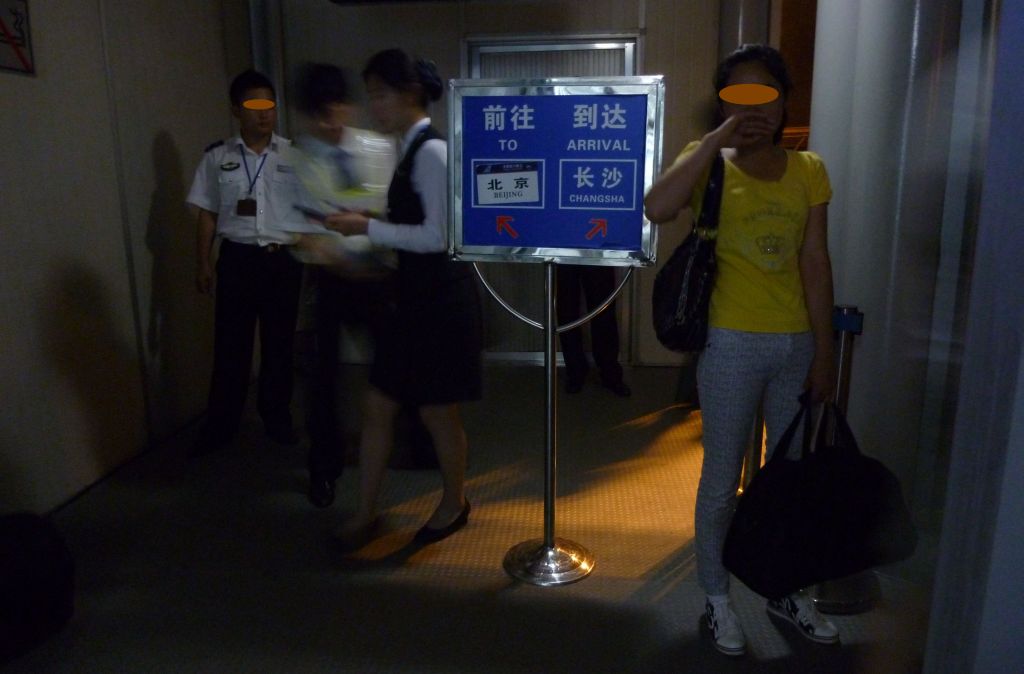 Delivery of the luggage starts 19 minutes after arriving pier-side: by Chinese standards, this is a rather poor performance, but remains acceptable, since my suitcase is number 2. 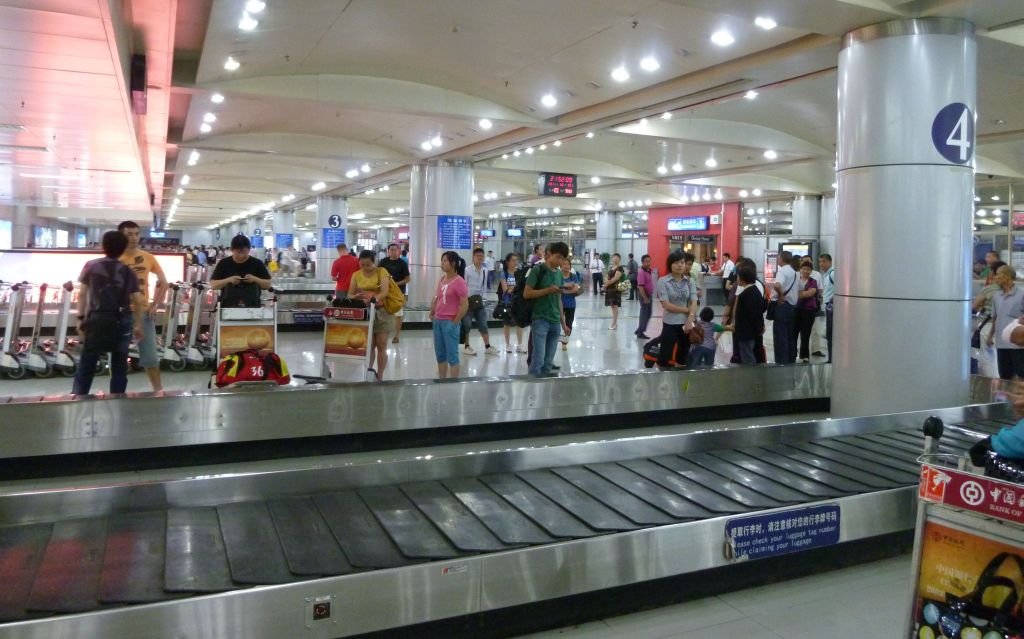 The airport's shuttle bus is in front of the terminal; it is the last one since they stop at 10pm. There is a curious hand luggage check before boarding, which is so cursory that I wonder if it can be of any use. 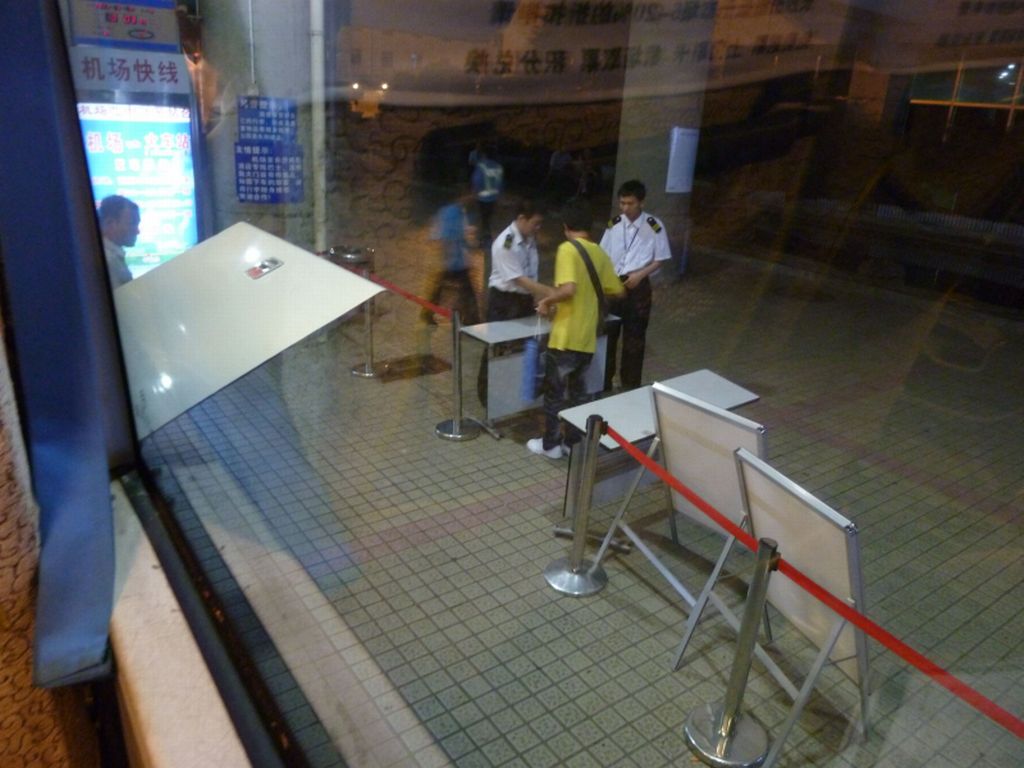 It costs 16.5 RMB for close to half an hour. Then comes the battle with the taxi drivers, legal and illegal, whose demands are all the more outrageous that they are in front of a foreigner. Unfortunately for them, the said foreigner passed Haggling in China 501, which covers the whole scope of negotiations from a few yuan to a few million yuan.
See more

Service was limited on that flight, but for 50 minutes flying time and 380 RMB that day, some days one third less than that, you can't expect a full meal.