#24 out of 78 Airlines A minimum of 10 flight-reports within the past two years is required to appear in the rankings. 5548 reviews

After read a lot of FR in this website very well done, I've decided to report my own report with my last flight. First report in English as it's been in French by the way.

It was a First class flight from Paris CDG to LAX with Air France.


As explained already by several reporters, the welcome and more generally the ground service 'La premiere' of Air France is the best of the best.

We arrived early as the traffic was good and in front of the taxi a doorman was waiting for us. He took all our Luggage and shown us the way for a dedicated room (a lounge in fact) where we were waiting no more than 3 minutes before having our boarding pass. 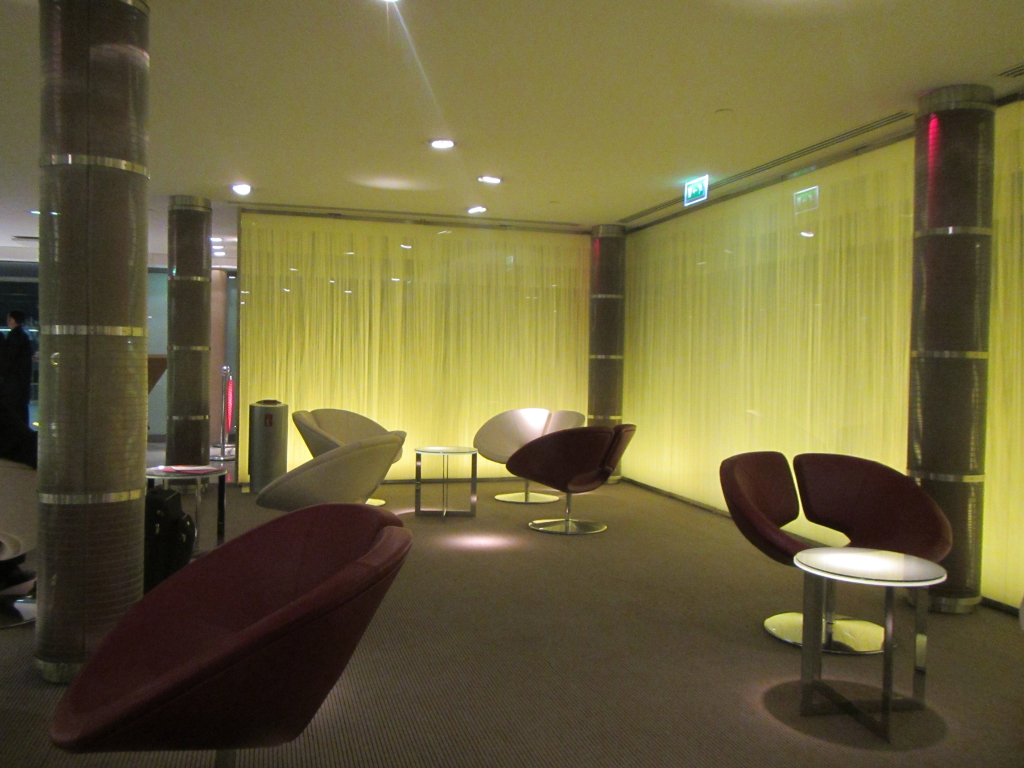 Someone from the company escorted us to the lounge by a dedicated (and more than fast) track.. Less than 5 minutes since our arrival at the airport and we were into the lounge.

Welcome has been one again very good and the space of this lounge is very generous and well organized. 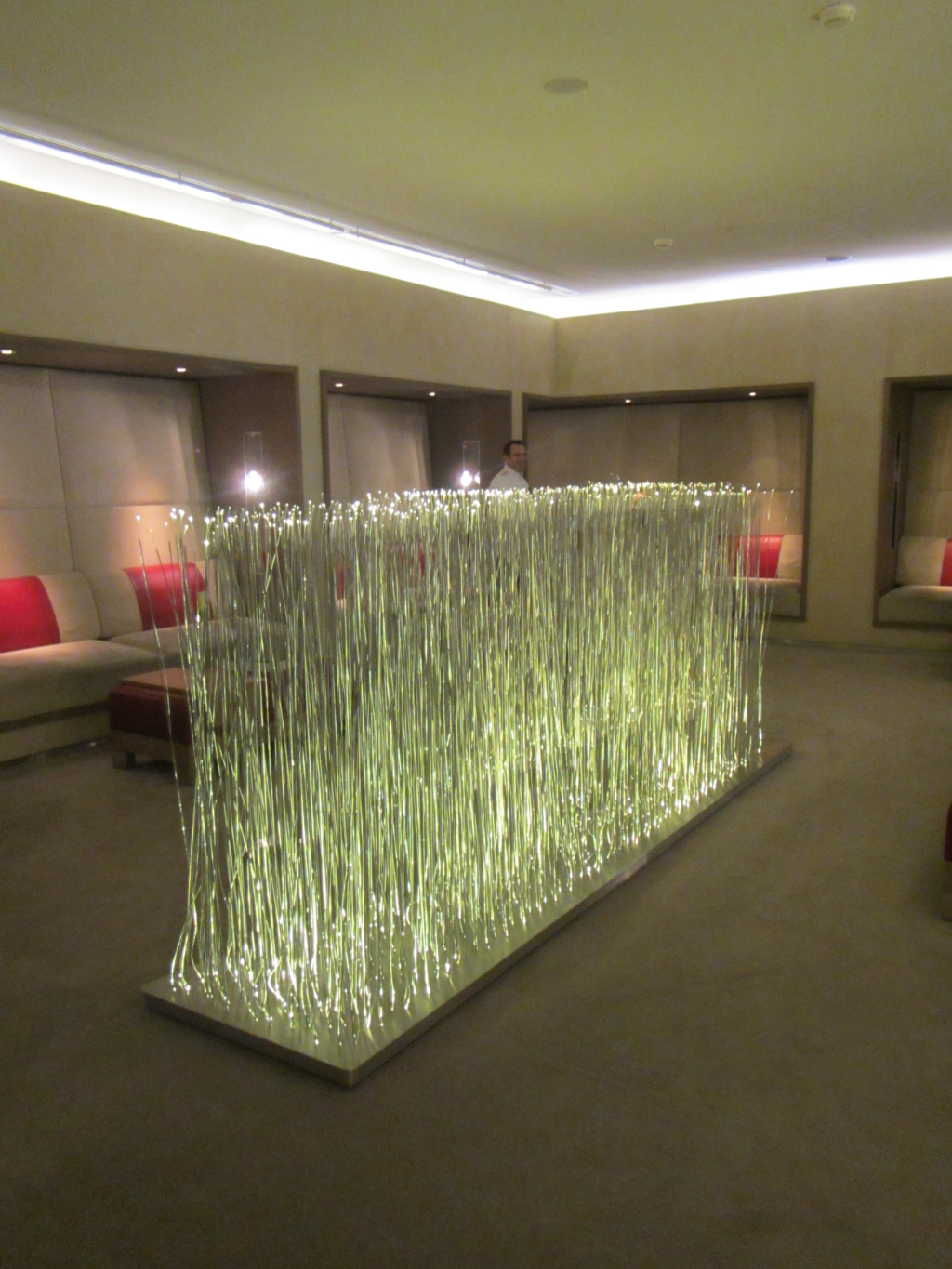 As it was 8am, we took a breakfast from the buffet but also 'a la carte' menu…
It was good, no issue for that, but no so inventive and fine cuisine when you come during lunch or Diner. 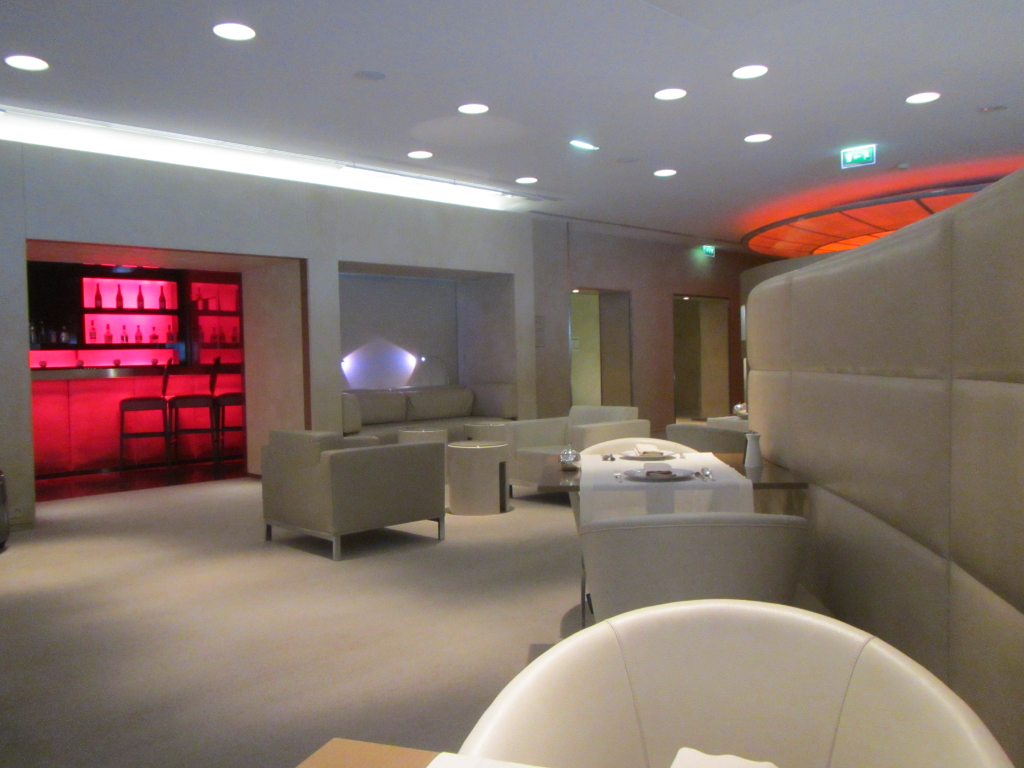 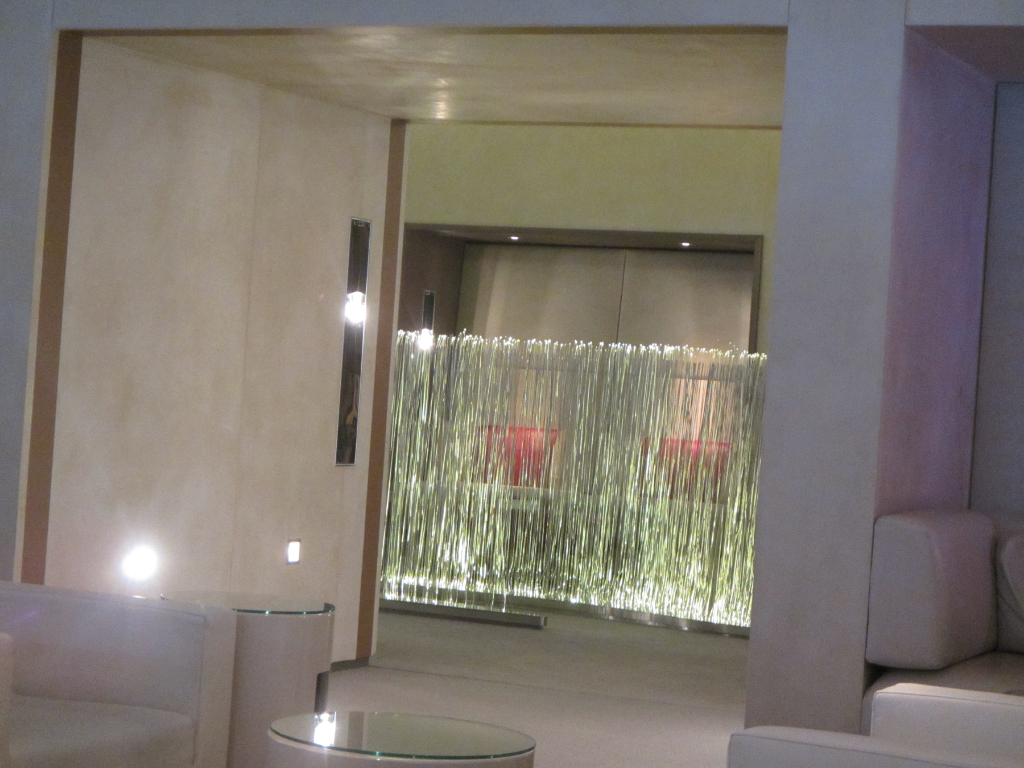 A unique experience was after this meal as we could have ,both of us, a facial treatment by 'Biologique Recherche'.. a famous beauty shop in the Champs Elysee in Paris.

It was very professional and relaxing ! 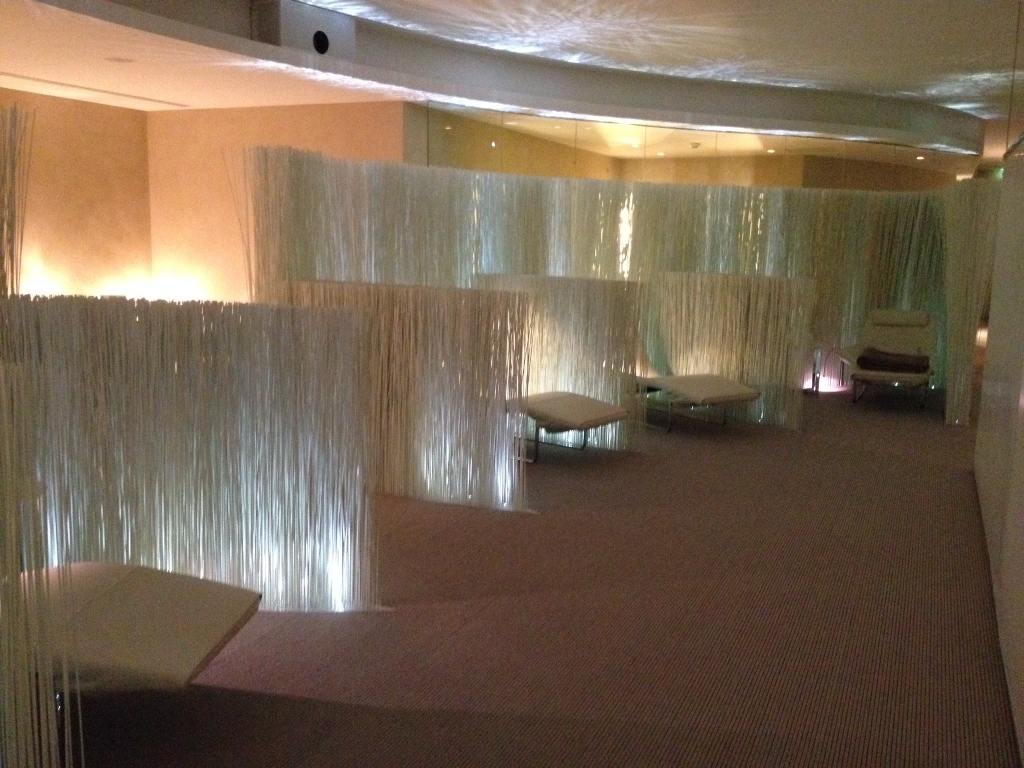 Flight was on time, so we had to leave just after this relaxing period for going to our plane.. by private car of course :-)
It was F-HPJA. An old version but everything was OK.

In front of the huge 380’ plane we took a footbridge reserved for first class passengers (so for 9 people max!). 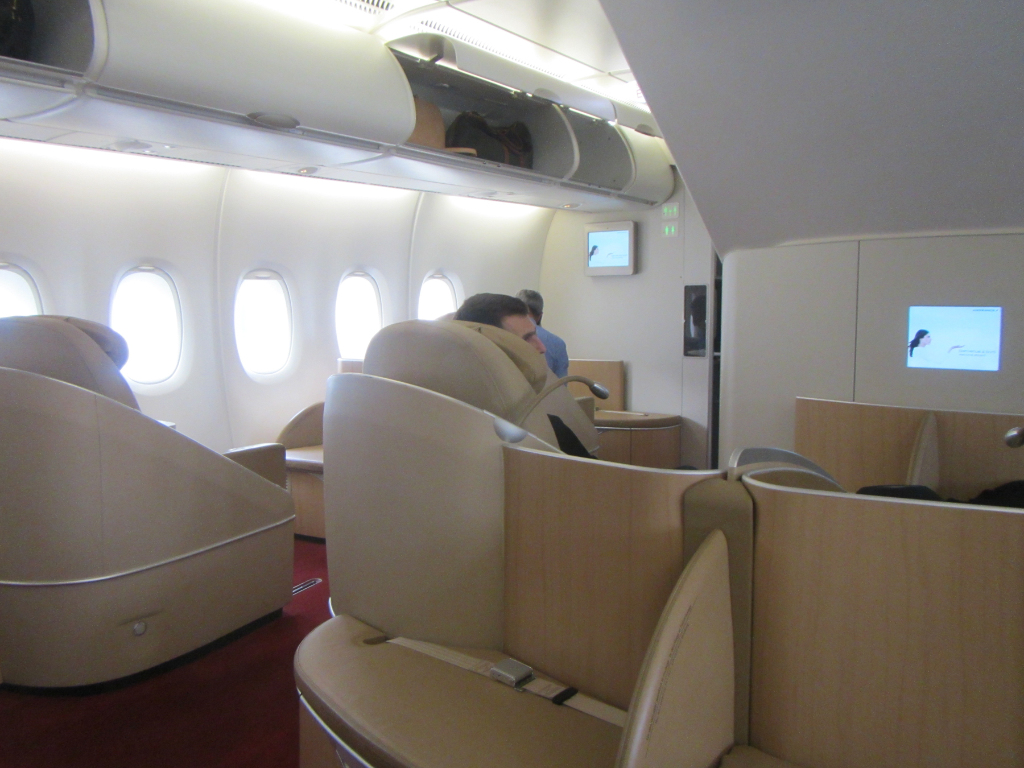 Because of Fashion week period, the plane (including first class) was full. Of course, to be honest, I'd have preferred a less fully cabin but service was excellent.
The plane, even old (for an A380 of course!) was in a good condition with IFE working well as for the seat.

No many picture of the interior of the plane, but I'll do better next time for the return flight. In addition, we received a nice pair of pyjamas with the logo of Air France. 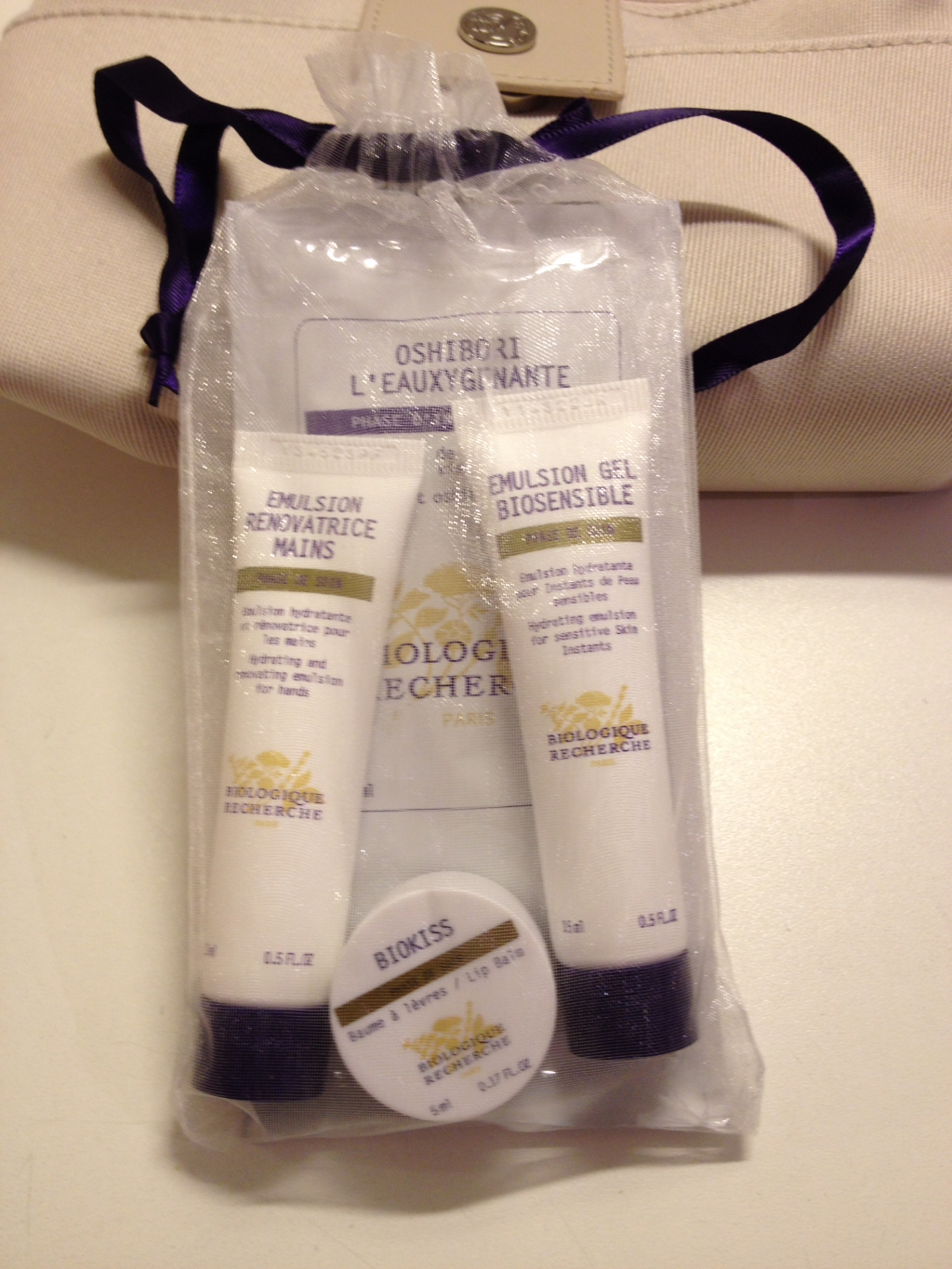 Awaiting departure, a glass of champagne was given to us. Very good champagne and something new for me as it's pink champagne. 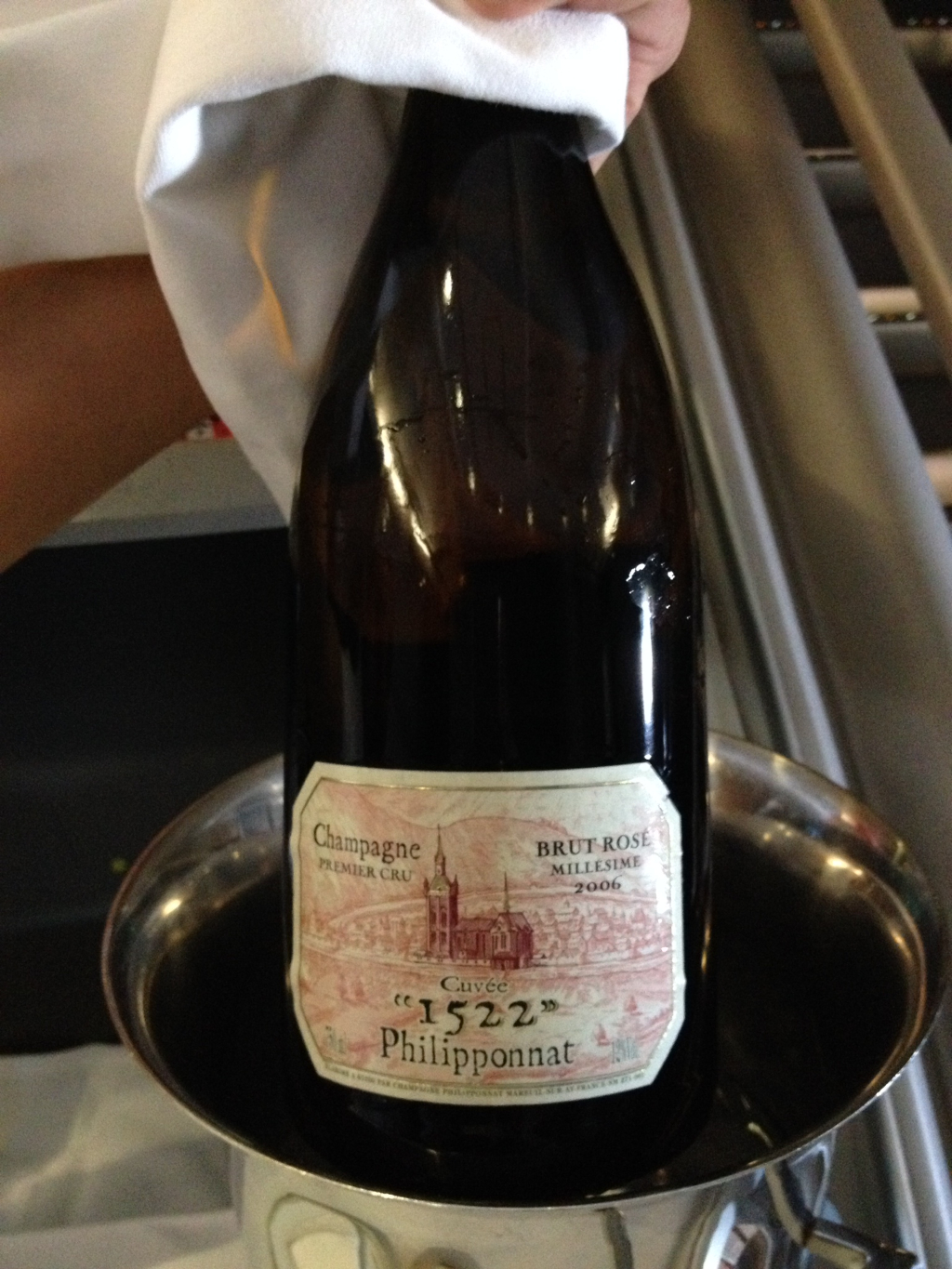 Menus were distributed with picture of 80 years old of Air France. Since beginning of October, The French cook who has imagined the recipes is Jacques Le Divellec who is a famous 3 stars chef in Paris specialized in fish. 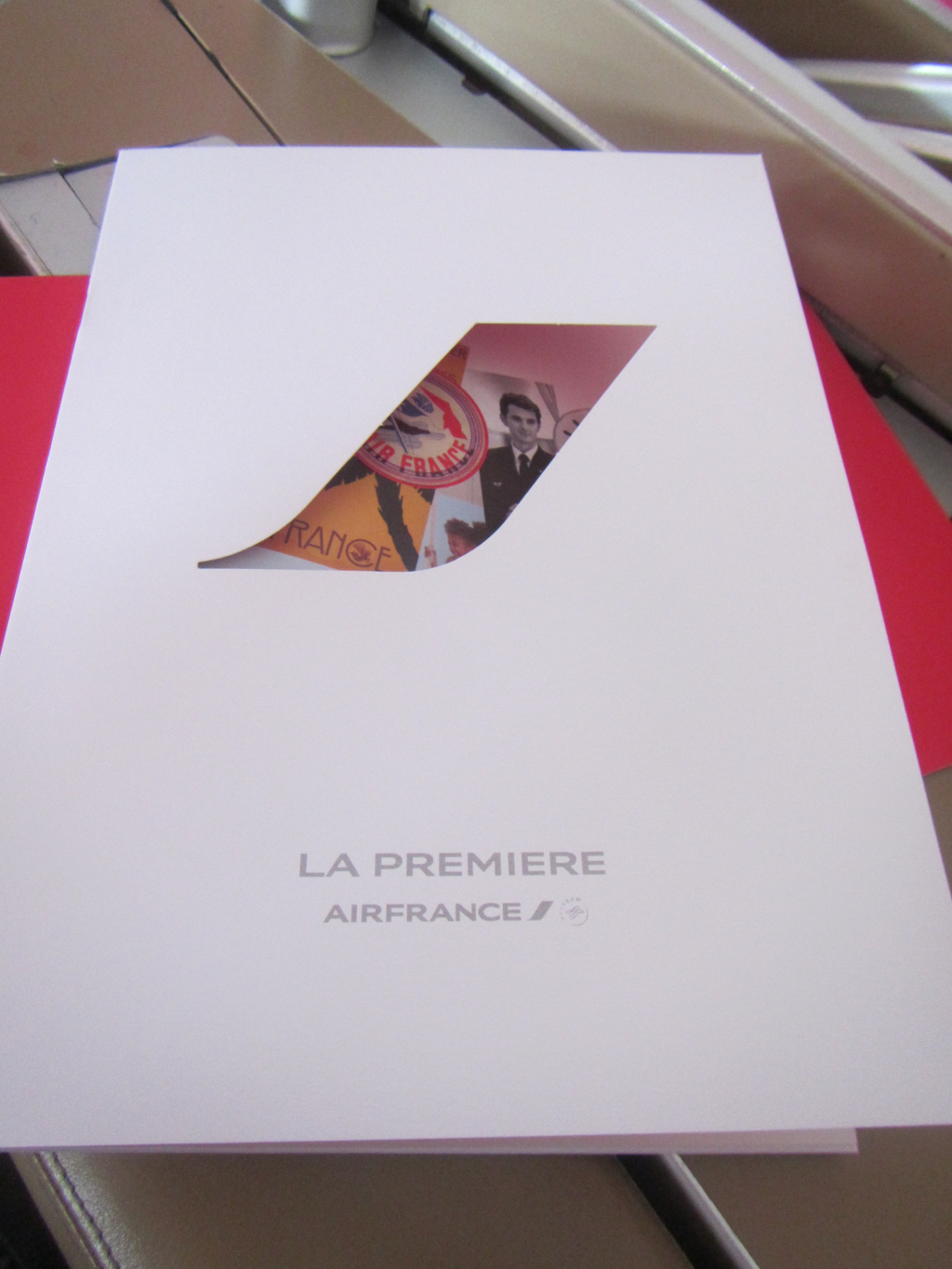 This menu is fall season oriented. With something proposed since several month by Air France in First class which is home made salad. 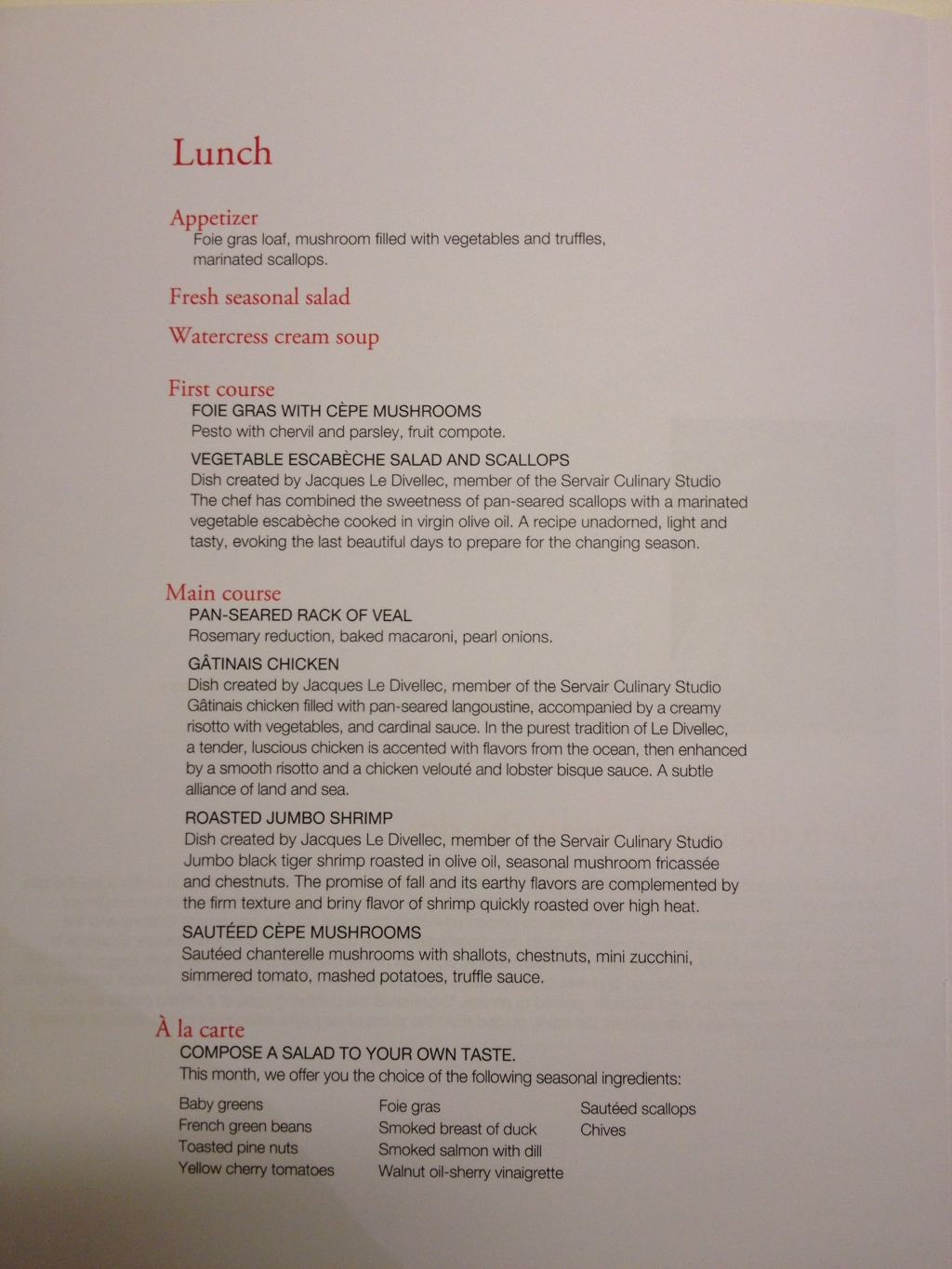 The second meal before arrival is of course much more simpler but with a choice of two hot dishes. 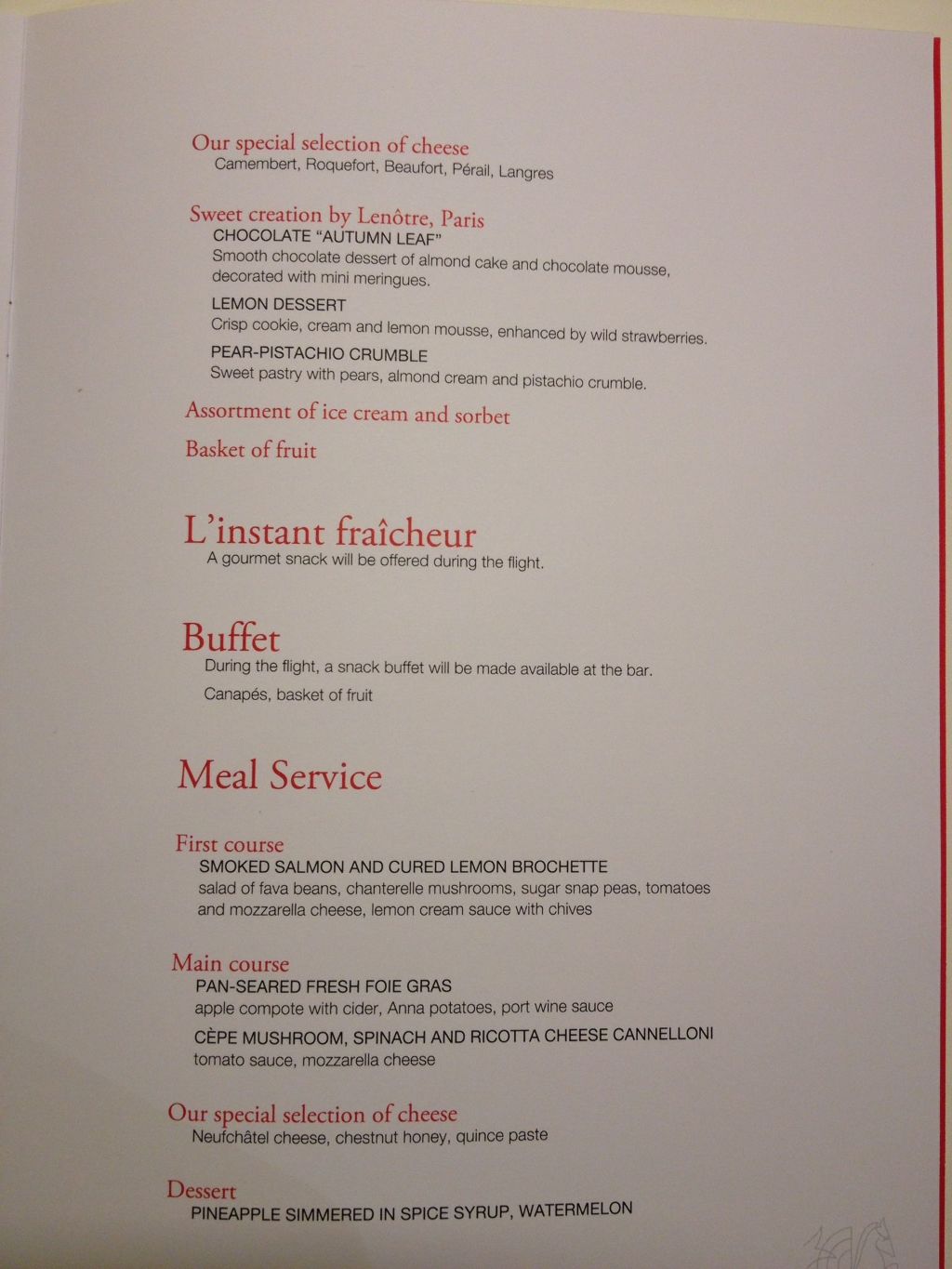 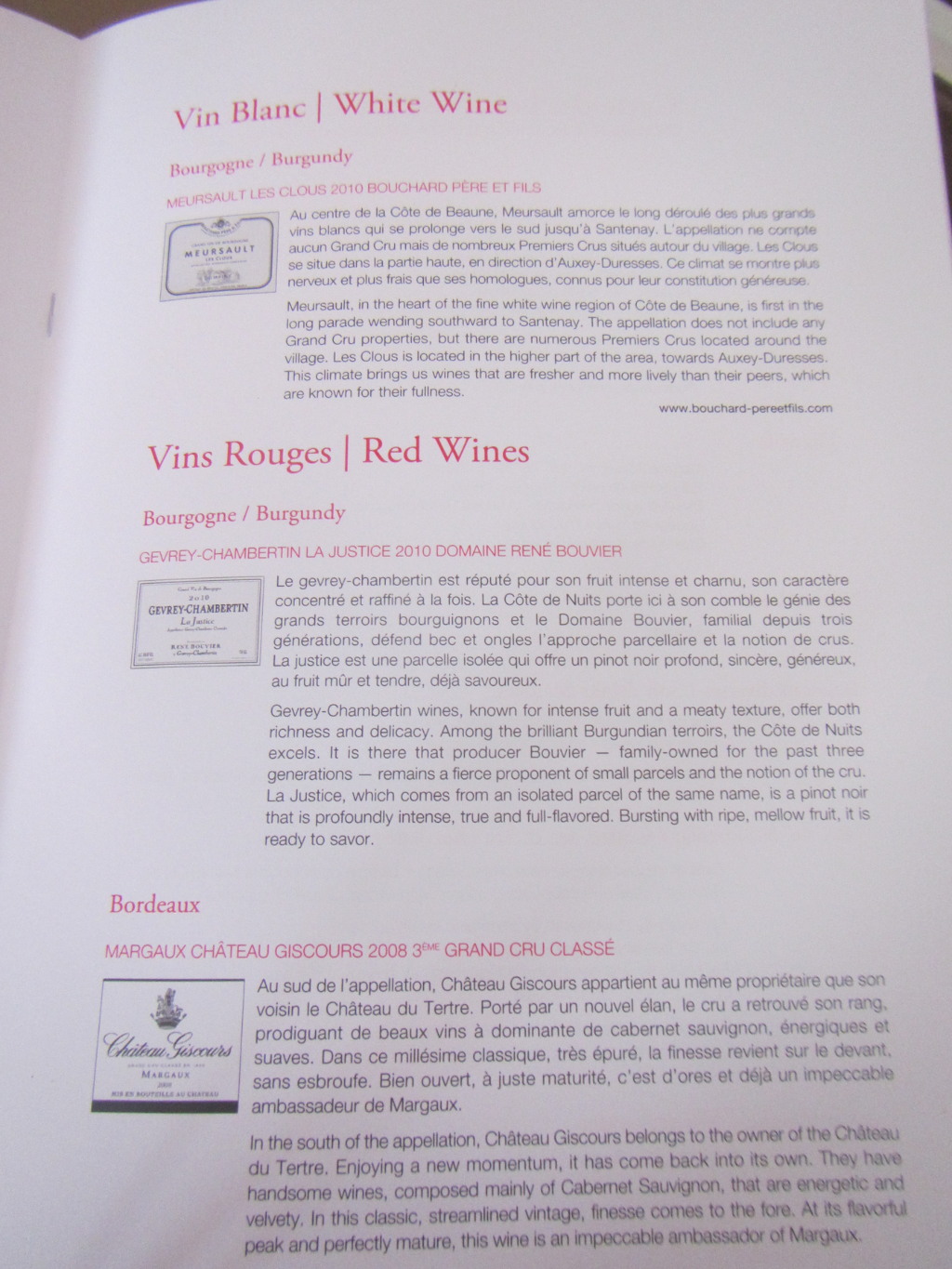 Wine card is classical for a French gourmet except the Champagne which is Pink as said previously.. Anyway, was very good with a choice for 'Margaux' wine during the first meal. 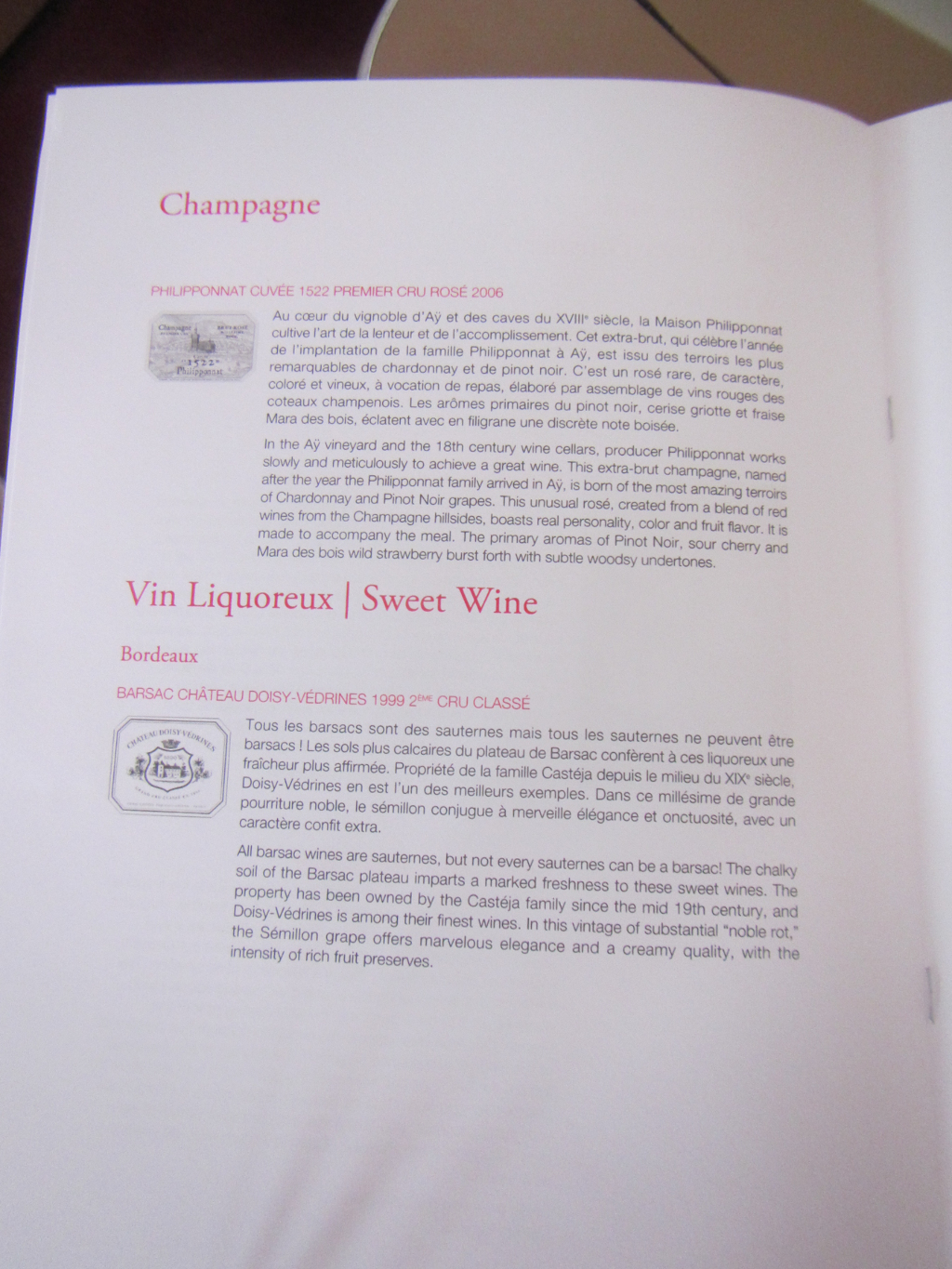 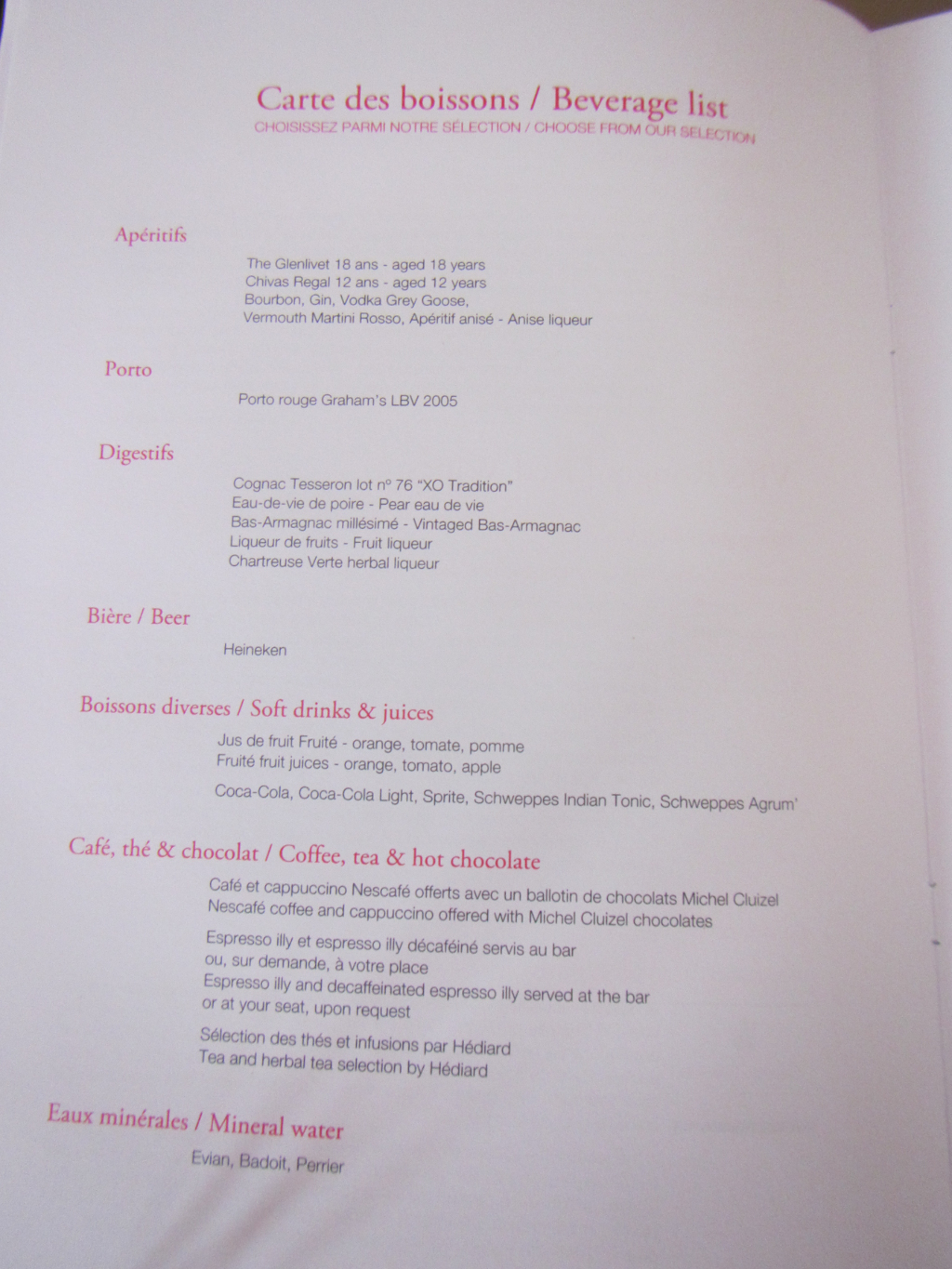 During the drink (aperitif), we have had some starters correct but not really inventive. 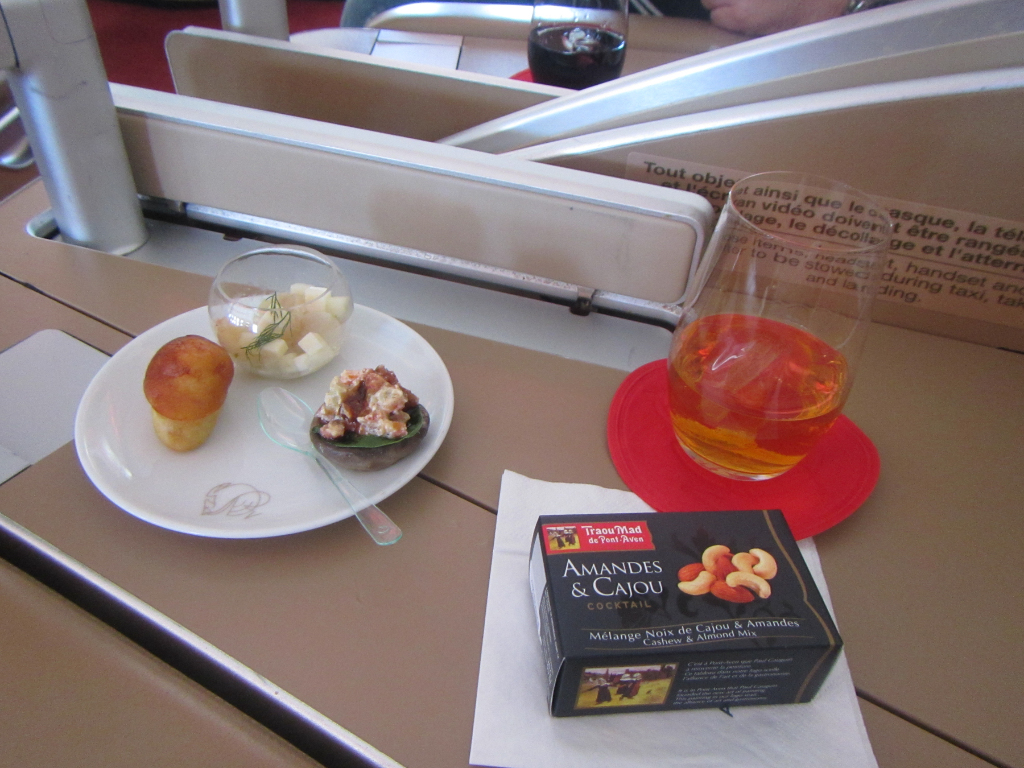 No soup, but a salad.. I've chosen fillet of duck breast with foie gras… very nice and good. 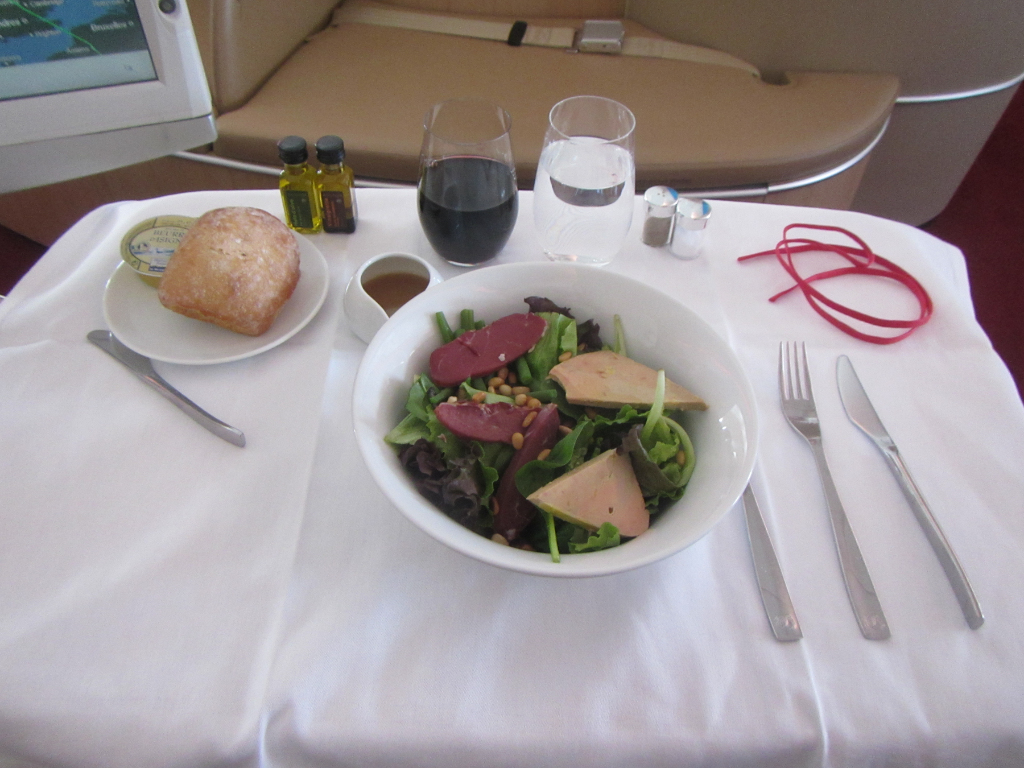 For my friend, it's smoked salmon… but not a lot as you can see :-( First course was scallop with vegetables… Not nice at all to see and taste was not here as it's too cold ! –> some progress required for this dish 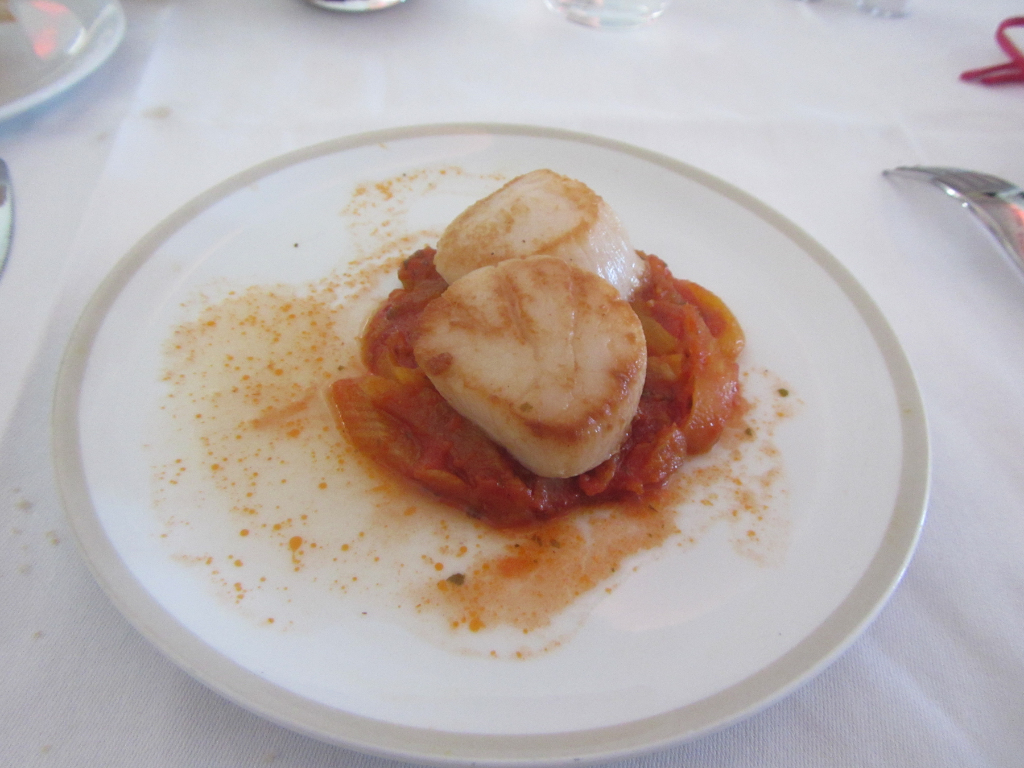 Main course was roasted Jumbo shrimp.. Was a real success :-) 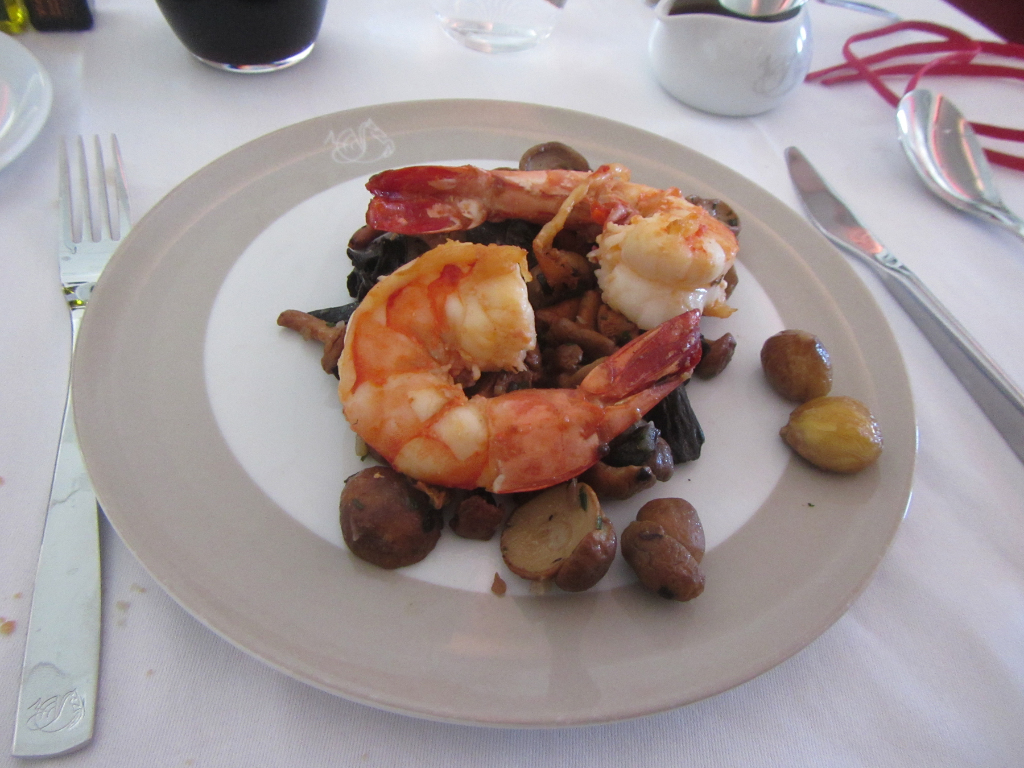 Here is Chicken with langoustine created by 'Le Divellec' … For who likes land and see dish, it's perfect!! 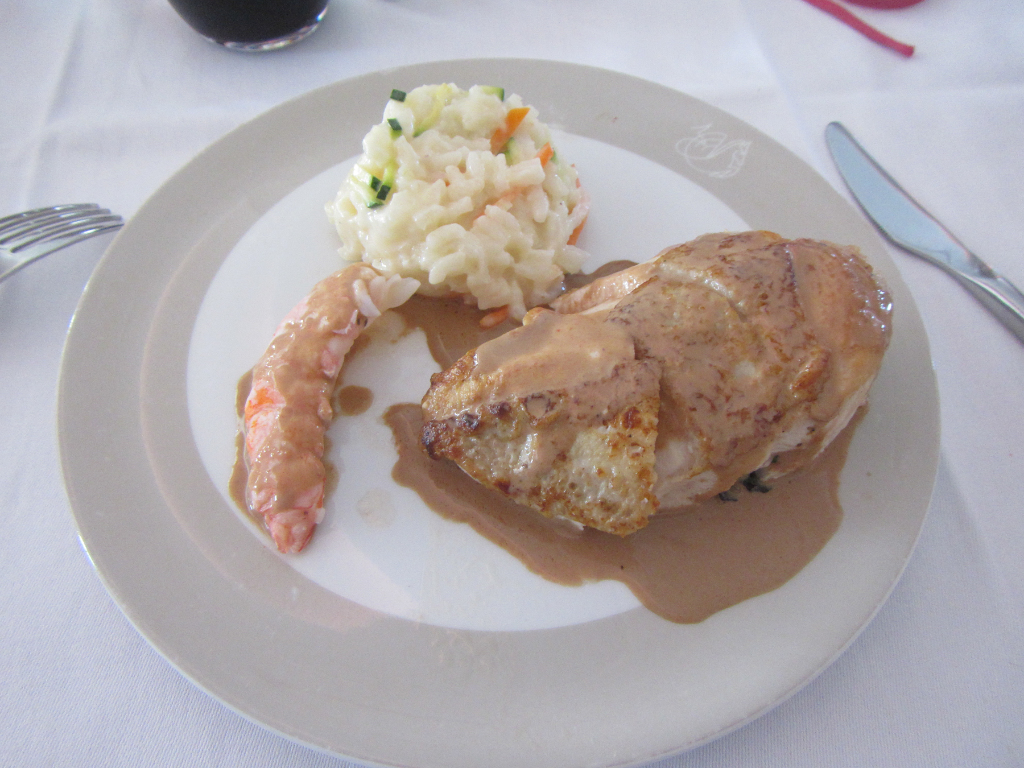 Finally sweet creations by Lenotre … very good so we have taken more than one and in addition some sorbet. 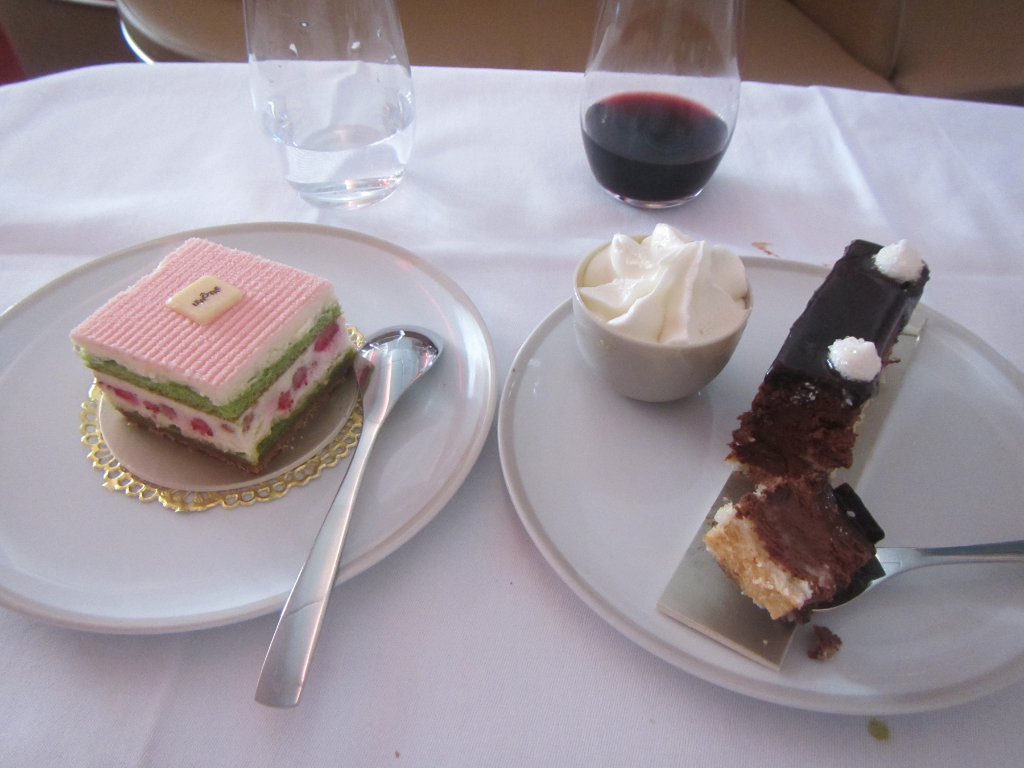 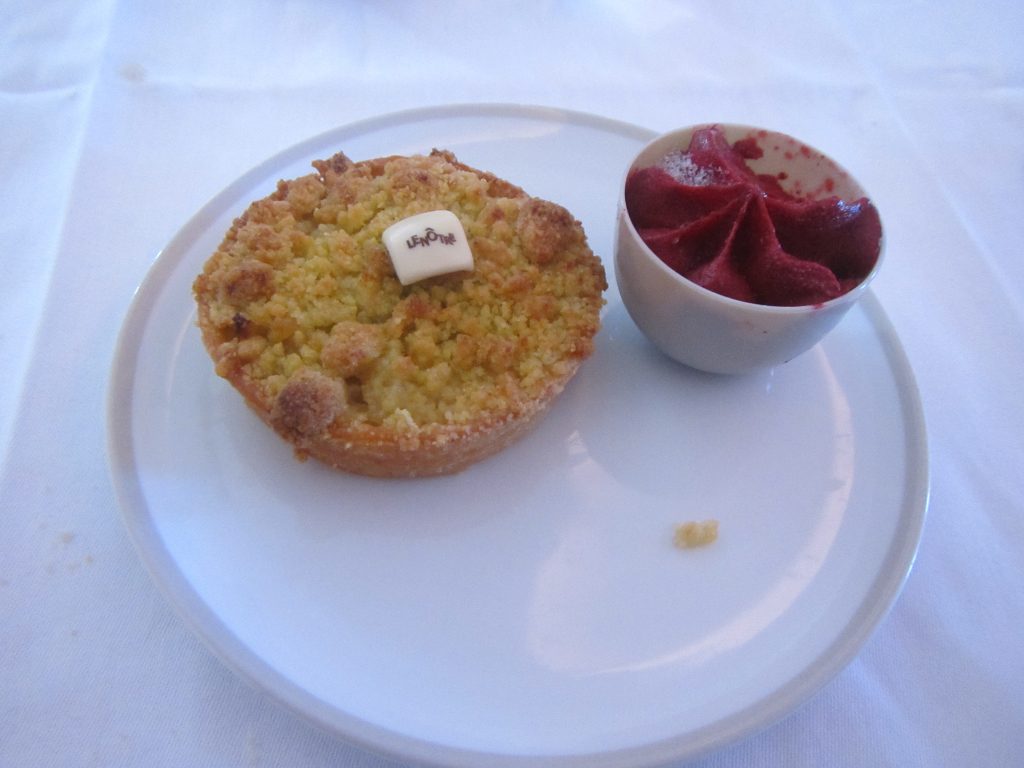 No digestif and it's time for a rest and some movies.

I took time to explore the ‘changing Room’ with a nice light where you’re able to find myriads of products from BR… Very pleasant during a long flight. 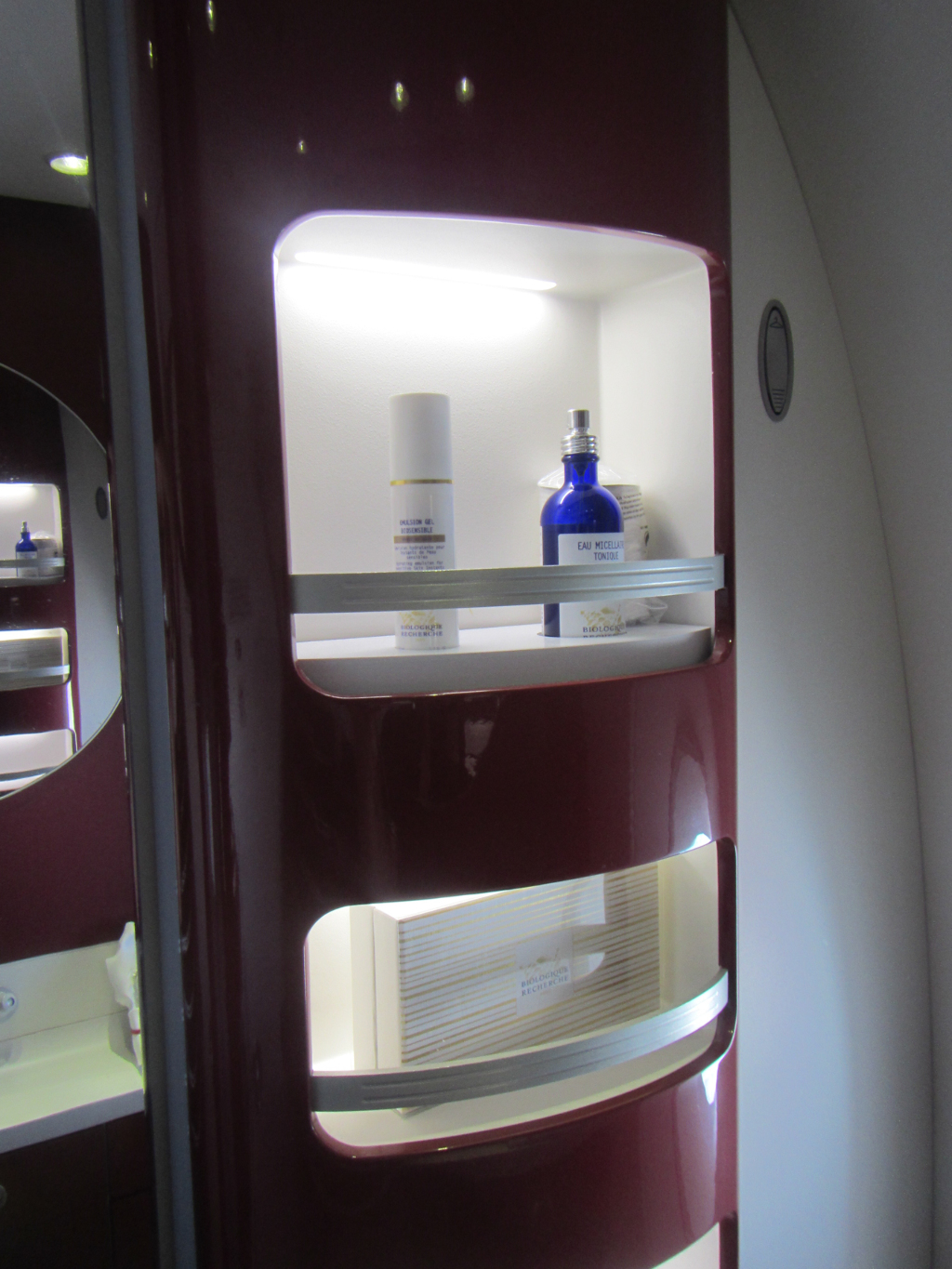 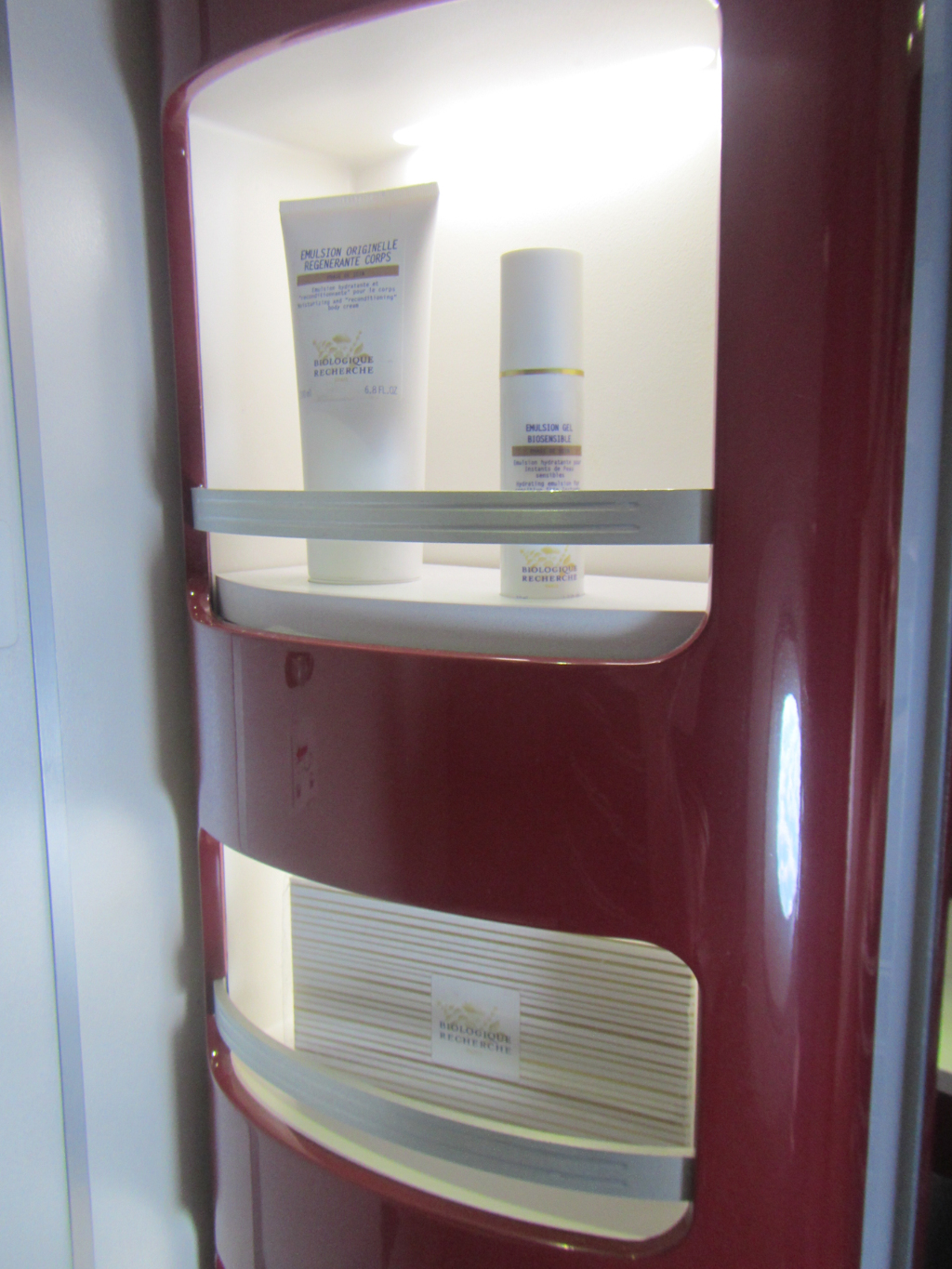 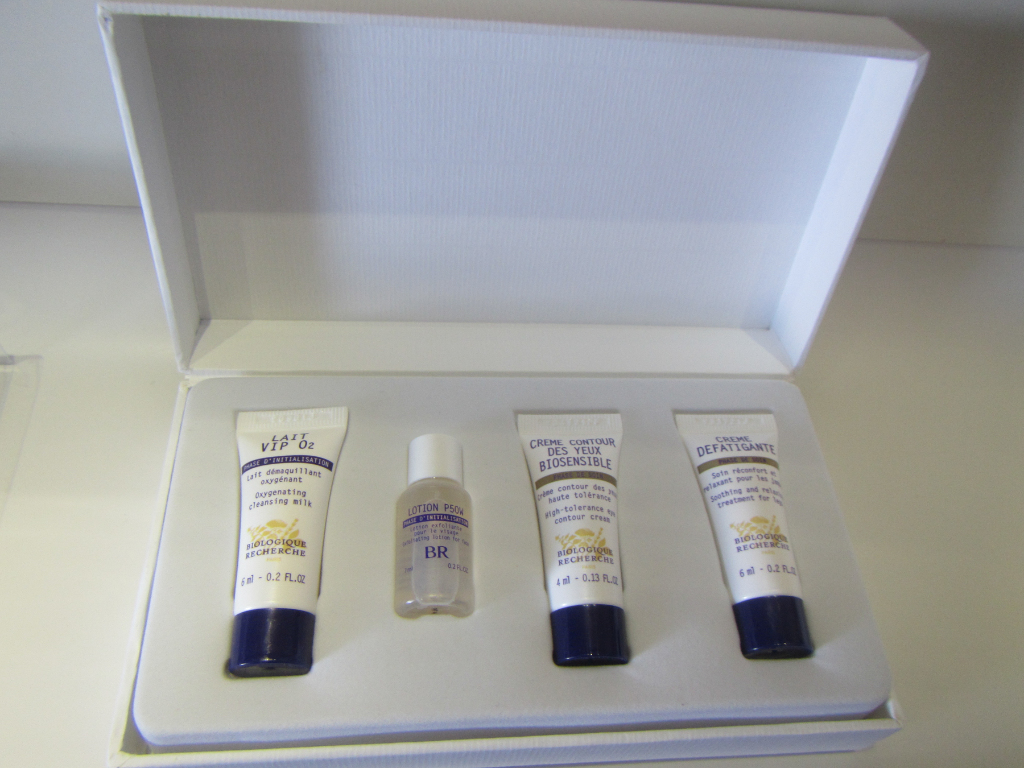 Inside this bow, in addition of those beauty products, there’s a voucher for a one hour treatment in the Premiere lounge in CDG or directly in their office…. We definitely will try and give you our feedback soon.

About one hour before landing, the second service with this time cepe mushroom, spinach and ricotta cheese cannelloni. Very good dish and in fact a real light meal as I wanted. 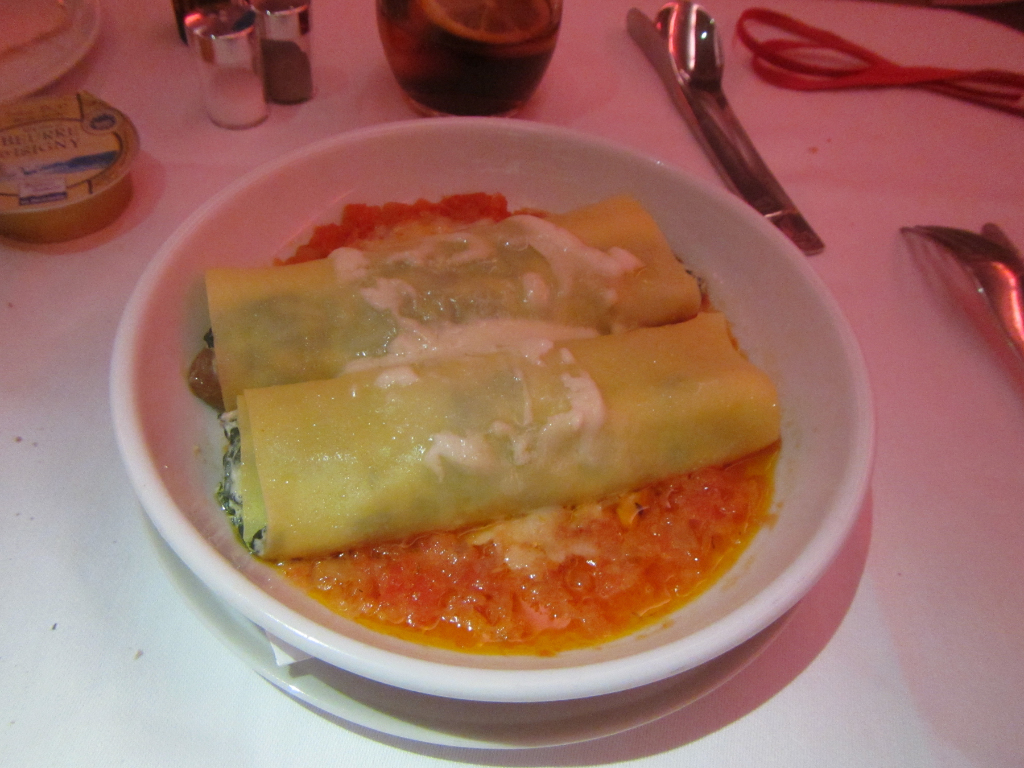 For Dessert, it’s Pineapple simmered in spice syrup with watermelon… Good but not at the level of desserts created by Lenotre during first meal service. 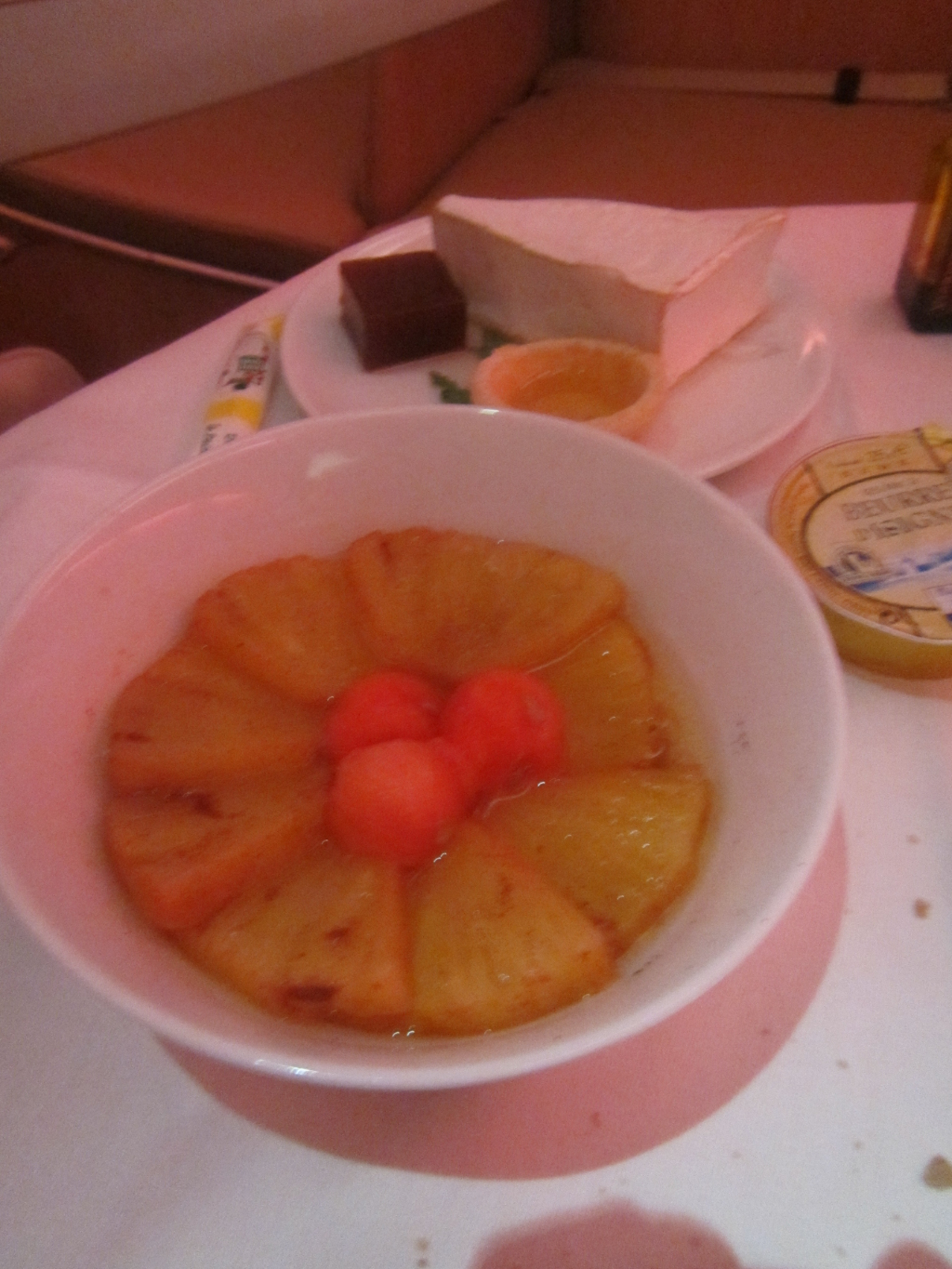 After arrival at the gate, an agent was waiting for us for helping us (and accelerate in fact) for customs and security process.
Our luggage were already arrived because of the famous red tag (it’s the tag for ‘Premiere’ passengers) 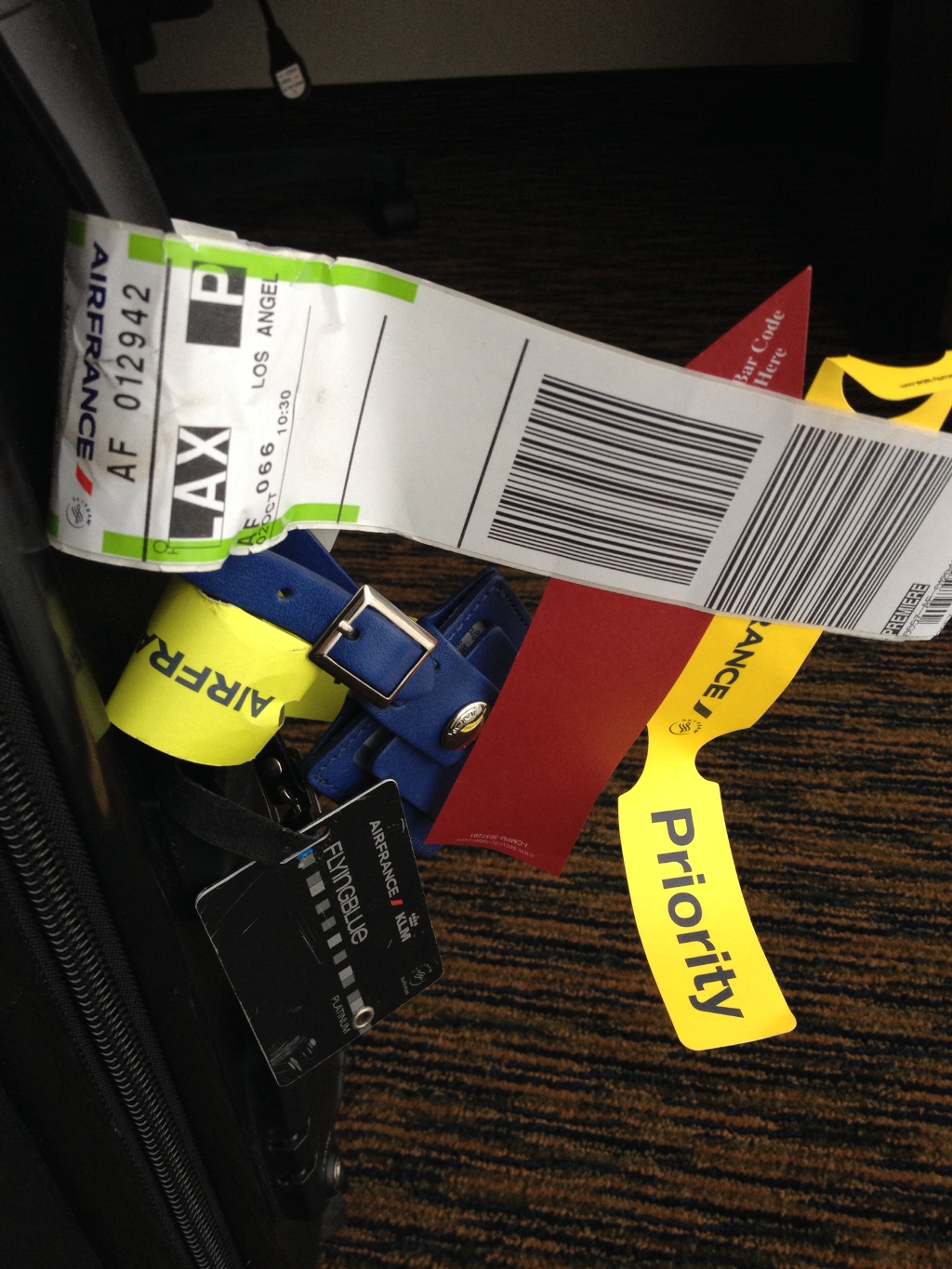 Regarding timing of this operations, less than 15 minutes … I’ve rarely seen that in US !
See more

In conclusion, I’d said that ground service is always at the top.. The lounge already narrated by some others reporters here is the best of the best.

Regarding the flight itself, the crew has been very professional … and we saw some changes (in good way) in we compare with some time ago.

No opportunity for visiting the cockpit because of American rules… But in fact, or also I saw a lady (aircrew?) going out the cockpit when we were out of the plane.

Last point is I’ve discuss a lot with the purser regarding the new first and business class planned to be announced… I’ll give you some clue in the next flight Report.

Thanks for reading this flight Report.

The contributors of Flight-Report published 77 reviews of 4 airlines on the route Paris (CDG) → Los Angeles (LAX).

The average flight time is 11 hours and 43 minutes.

He wrote 8 reviews about 1 airlines and 5 airports.