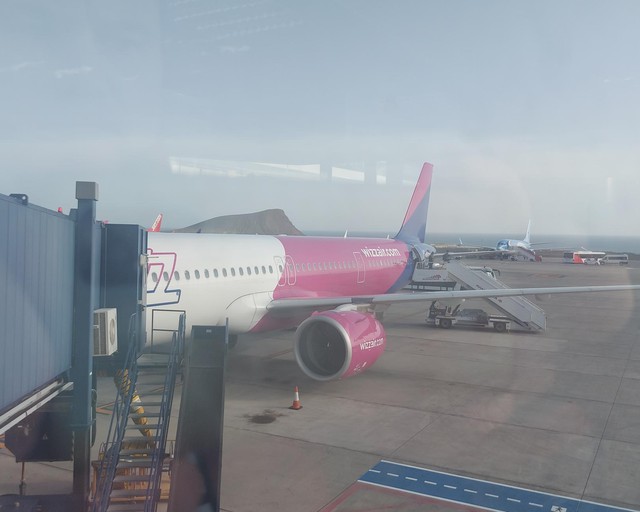 #9 out of 12 Low-cost airlines A minimum of 10 flight-reports within the past two years is required to appear in the rankings. 93 reviews

This was my 116th flight with Wizzair. The key to enjoying a Wizzair flight is to be aware of what exactly is included in the price (basically the flight and a small hand luggage) and to buy all extra services you need. Some of the options are Wizz Flex (you can cancel your booking and you get a refund on your Wizzair account but not in money), Wizz Priority (priority check-in, priority boarding and a large cabin bag), checked-in bag (10, 20, 26 or 32 kgs), regular or extra legroom seats, auto check-in, airport check-in and so on. I always buy Wizz Flex, Wizz Priority and an extra legroom seat.

The average one-way price for this route with Wizzair is only 55 € without the extras.

We walked over to the terminal in a few minutes.

Self bag drop was available with zero waiting time. At the same time there was a long line at the regular check-in desks. Why? I guess that most passengers didn't know about this possibility, even though Wizzair had sent an email about it the day before departure. 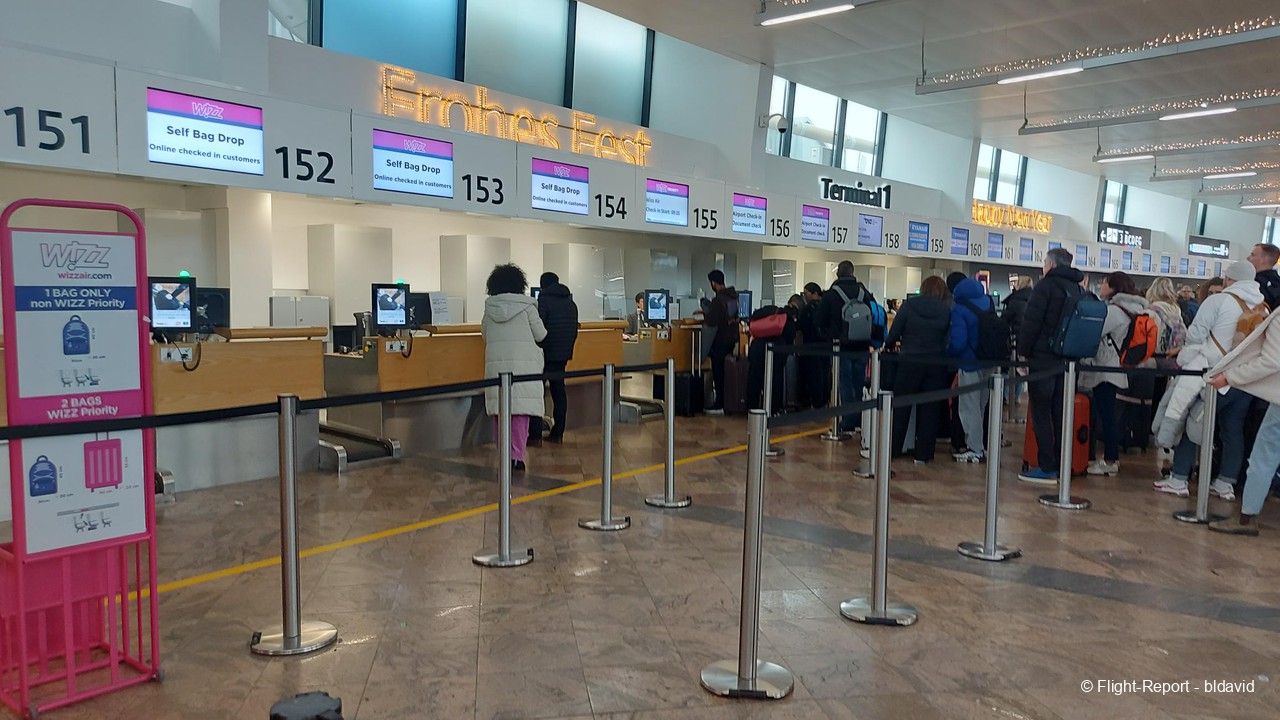 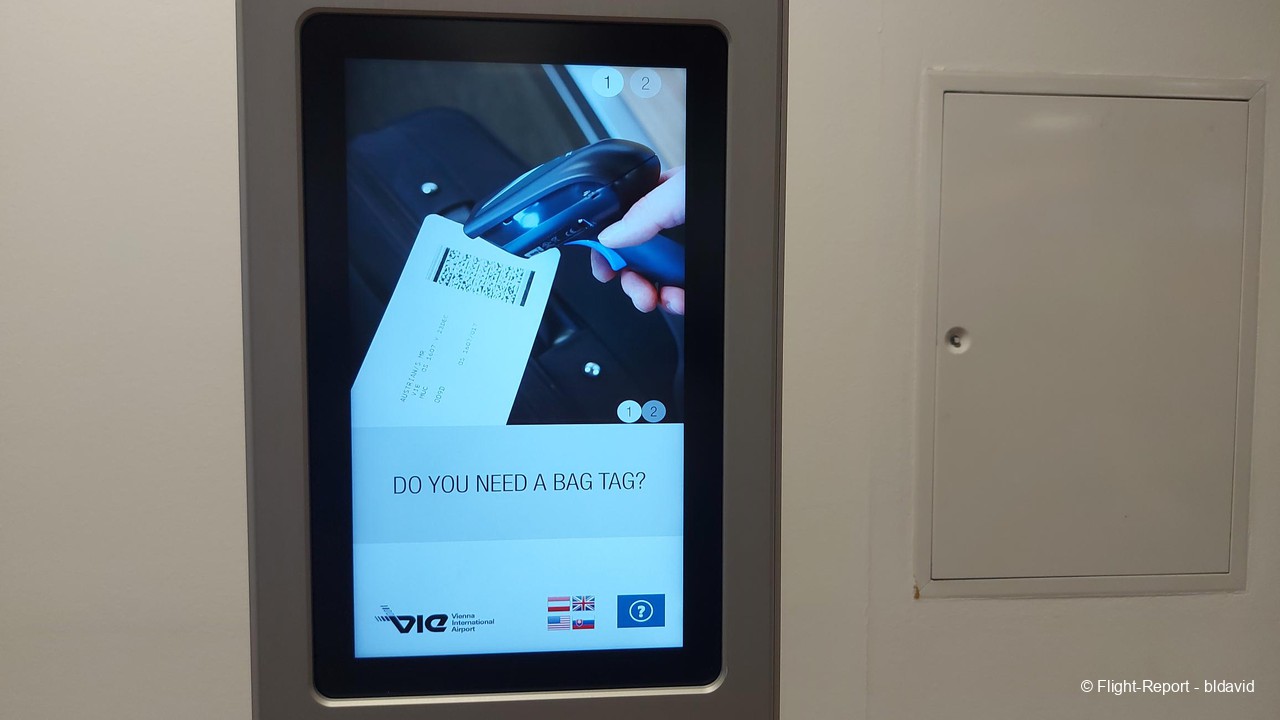 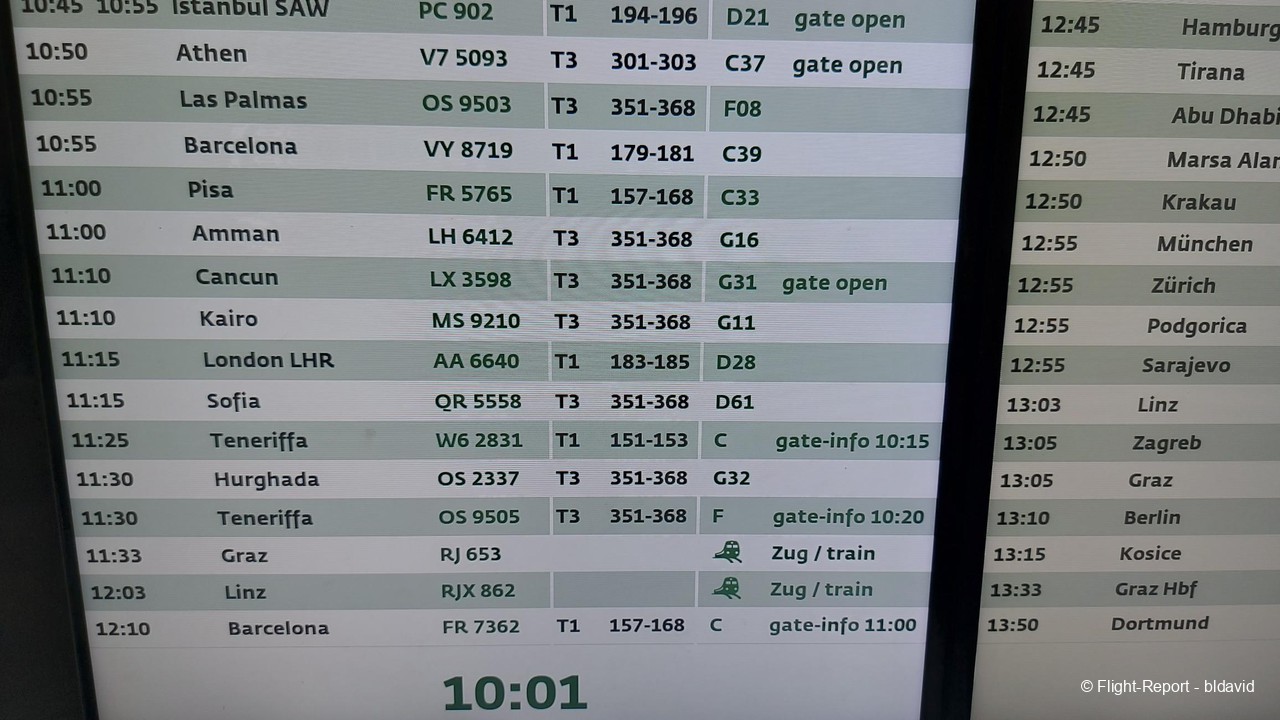 I like this part of Terminal 1 at Vienna Airport. It’s quite different from most other airports. 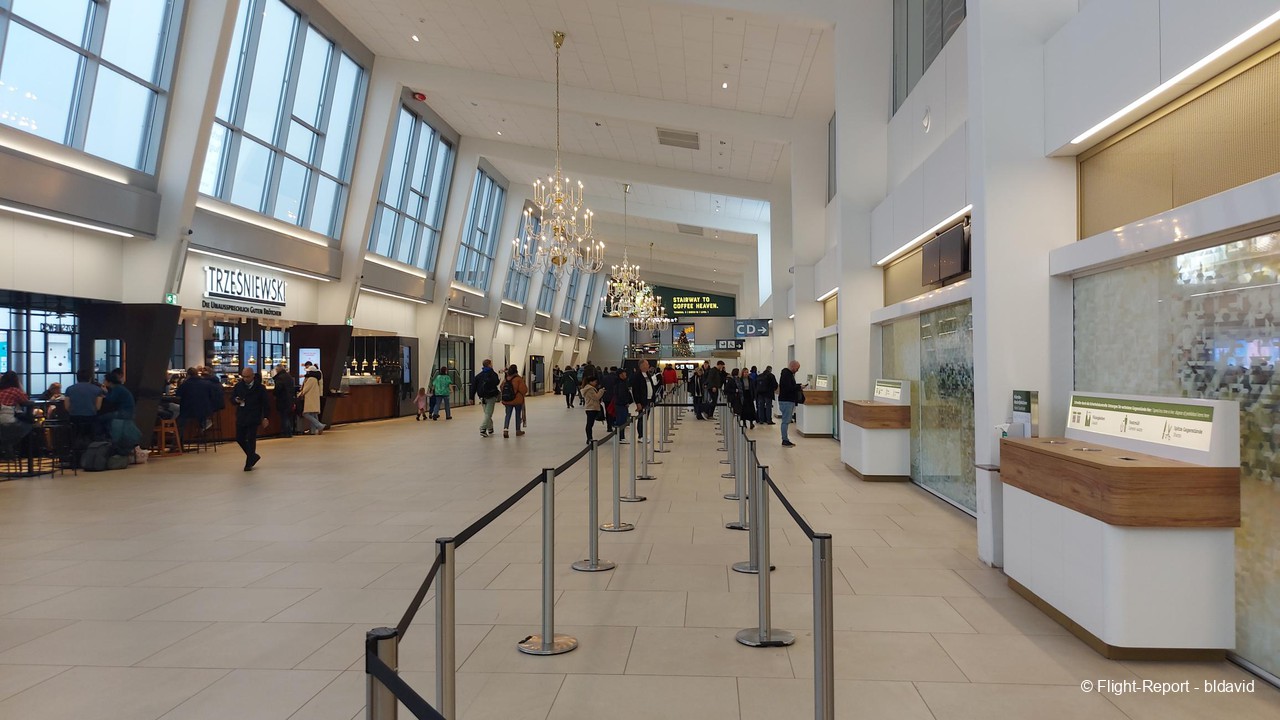 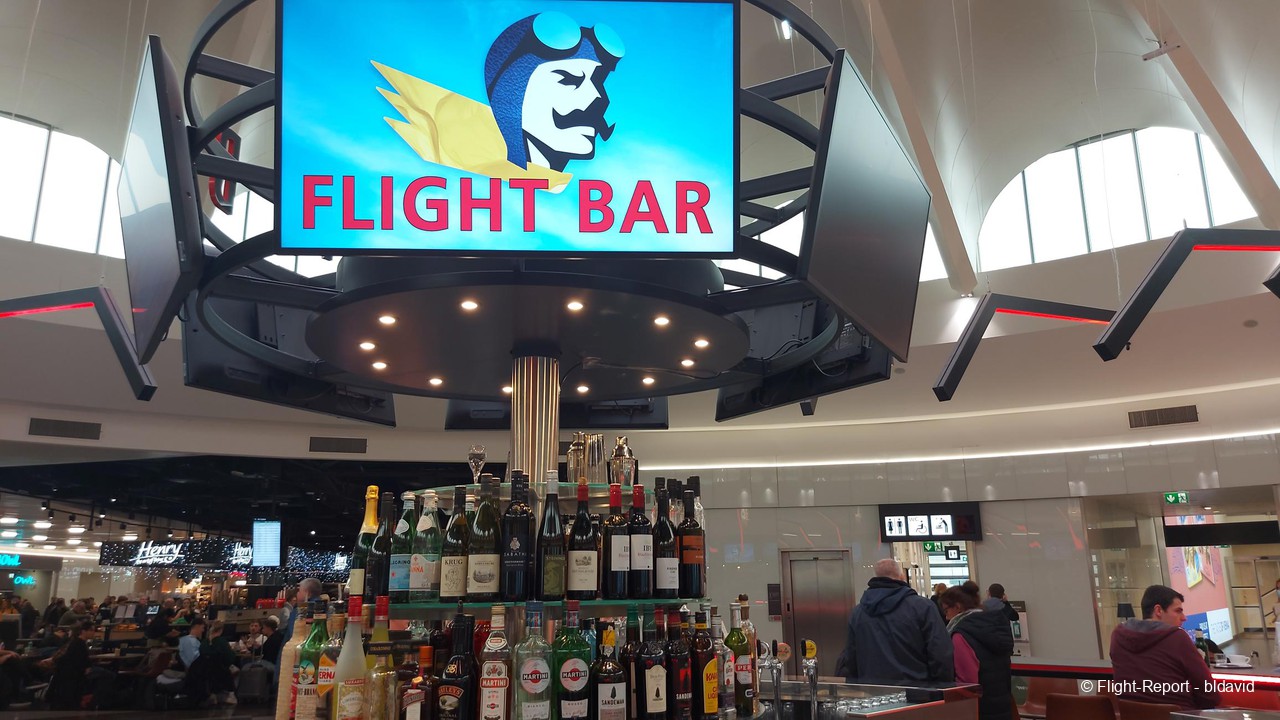 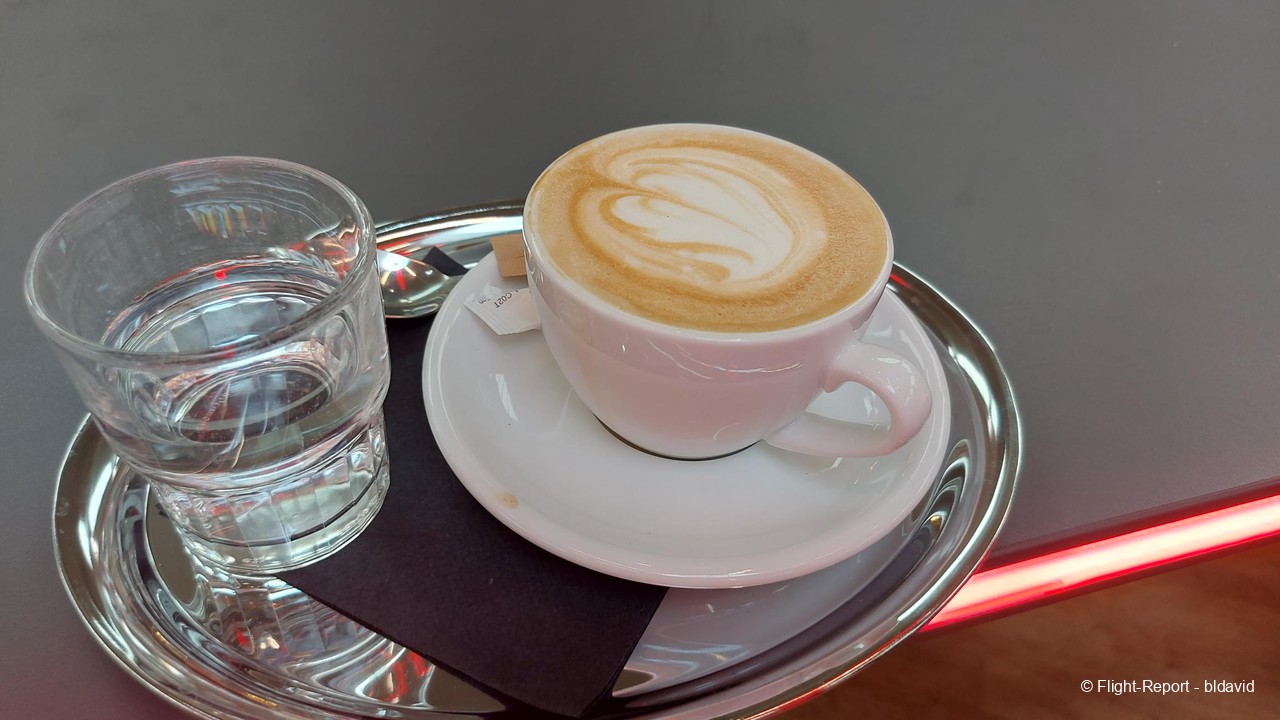 A Malta-registered Lauda plane on the apron. 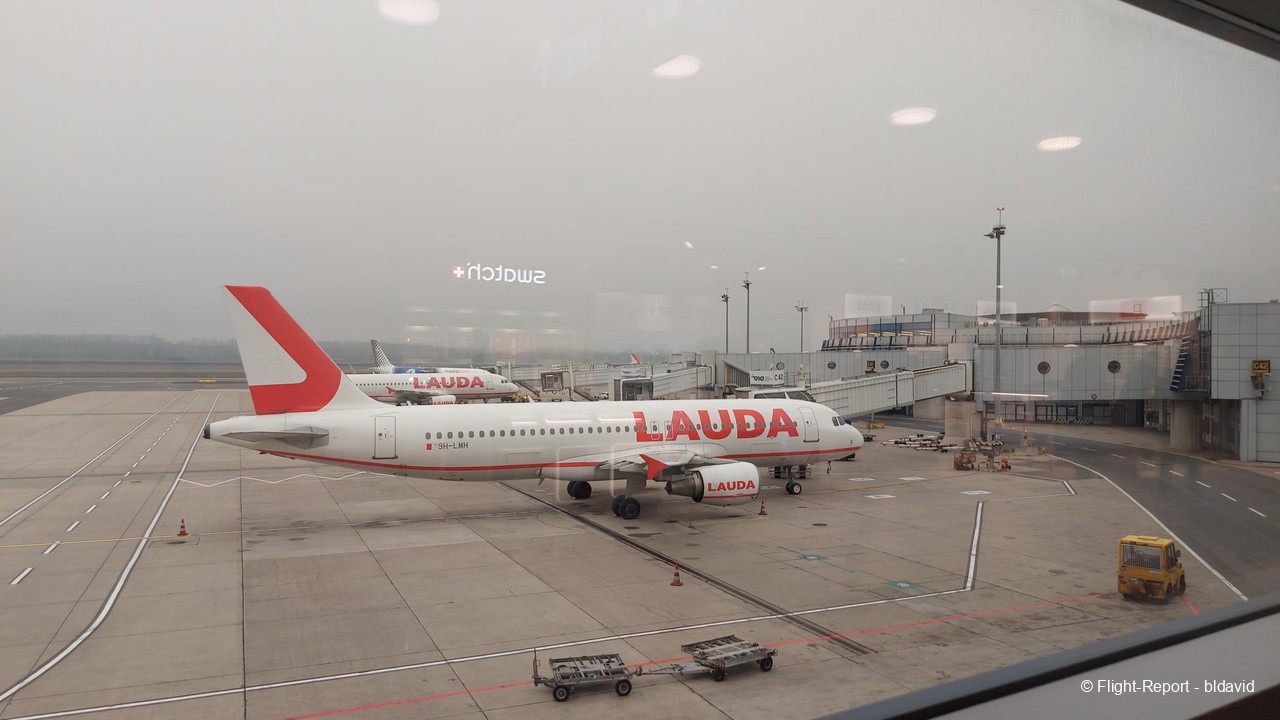 Pre-boarding was available first for Wizz Priority passengers but it was not a pleasant experience: we had to wait in the jetbridge for a long time. 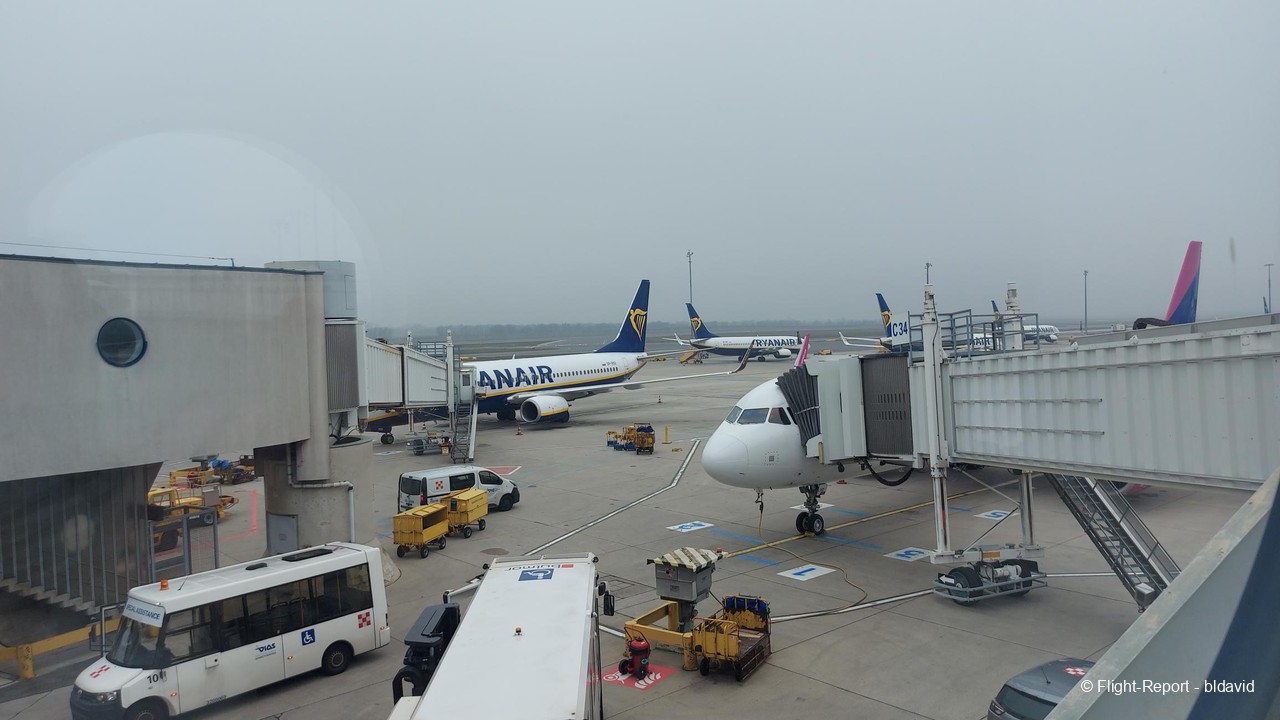 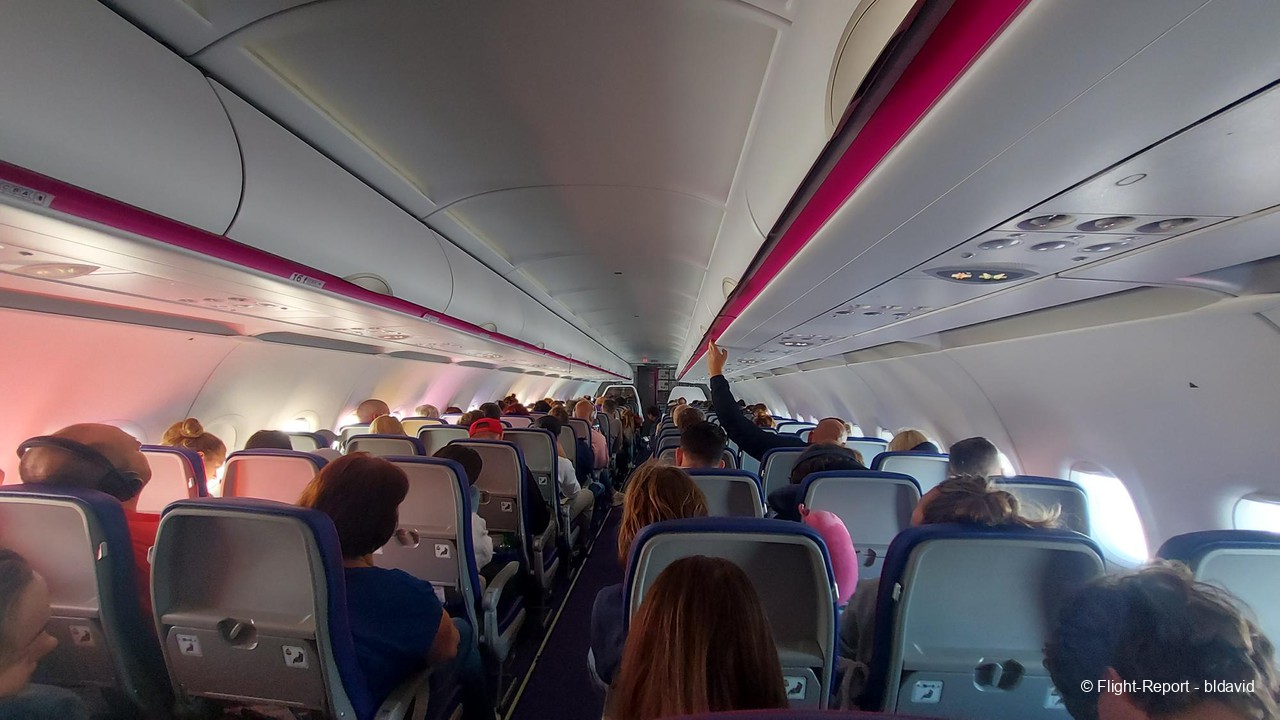 An expected flight time of four hours and 55 minutes was announced for a block time of 5 hours and 25 minutes.

I had seat 18D. I always choose this extra legroom seat at the emergency exit row on the A321. Legroom is very good. 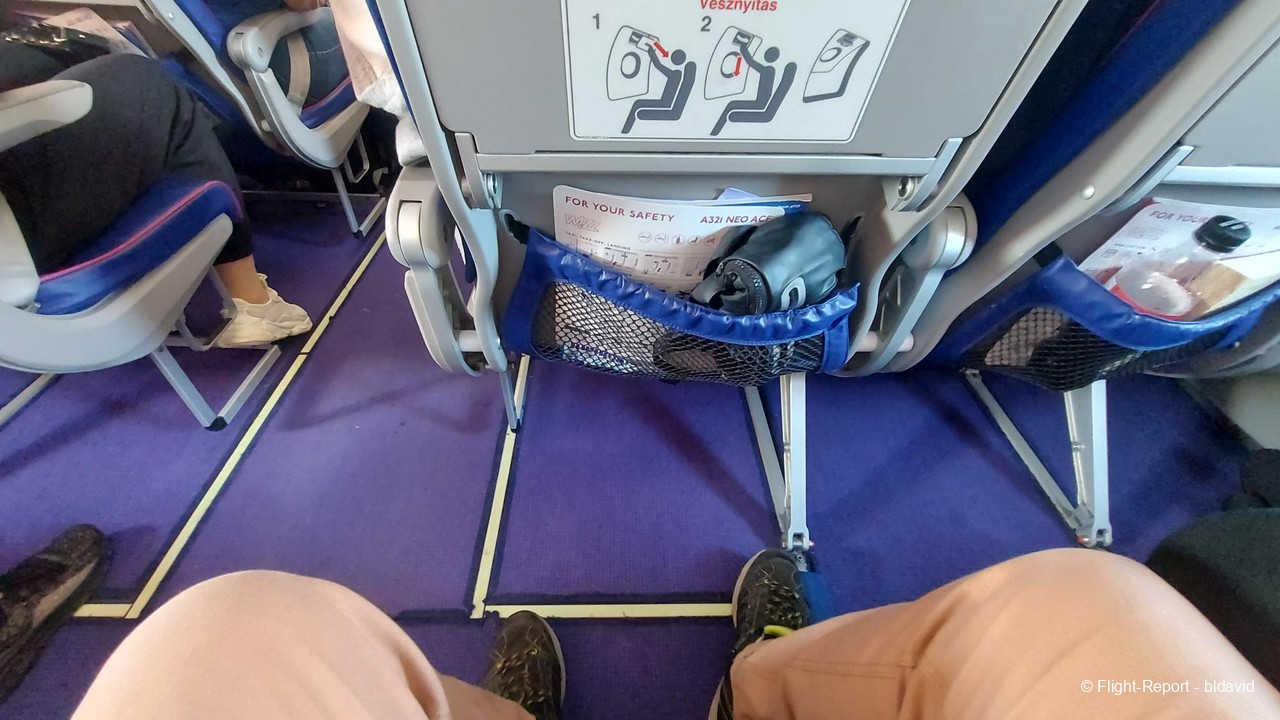 Let’s have a look at the onboard magazine. 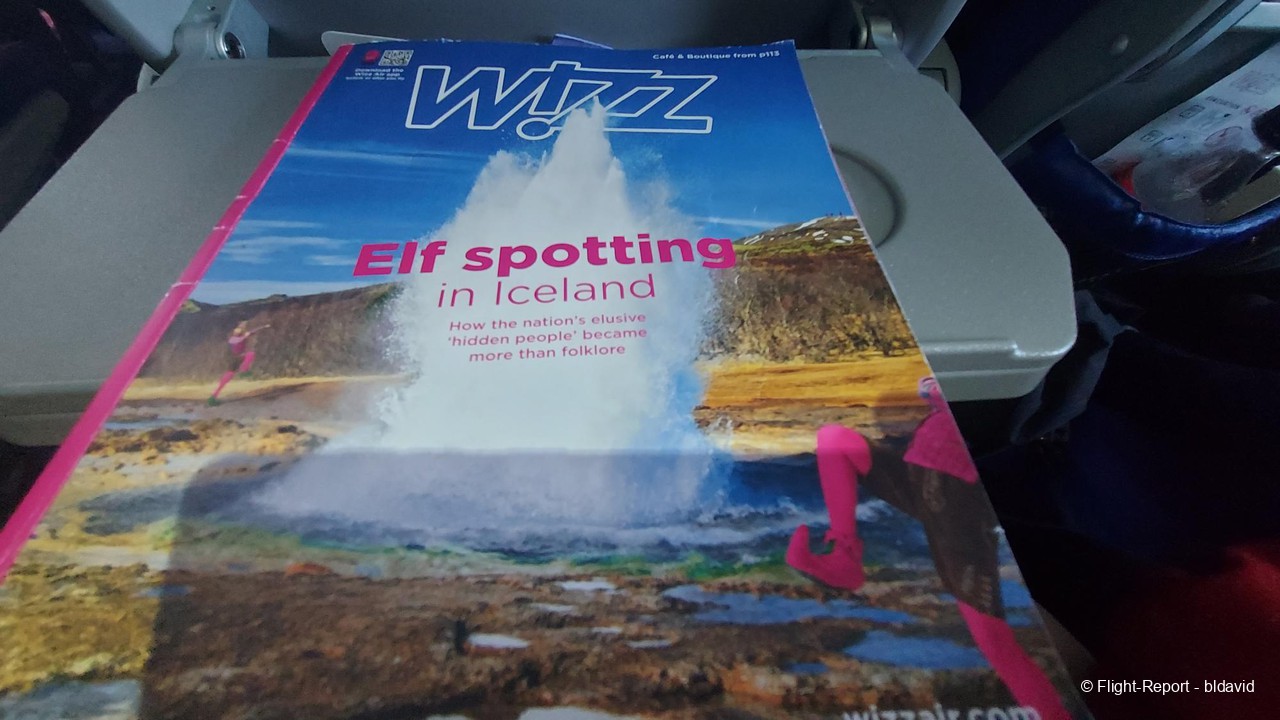 József Váradi is the CEO. He used to be the CEO of Malév Hungarian Airlines. 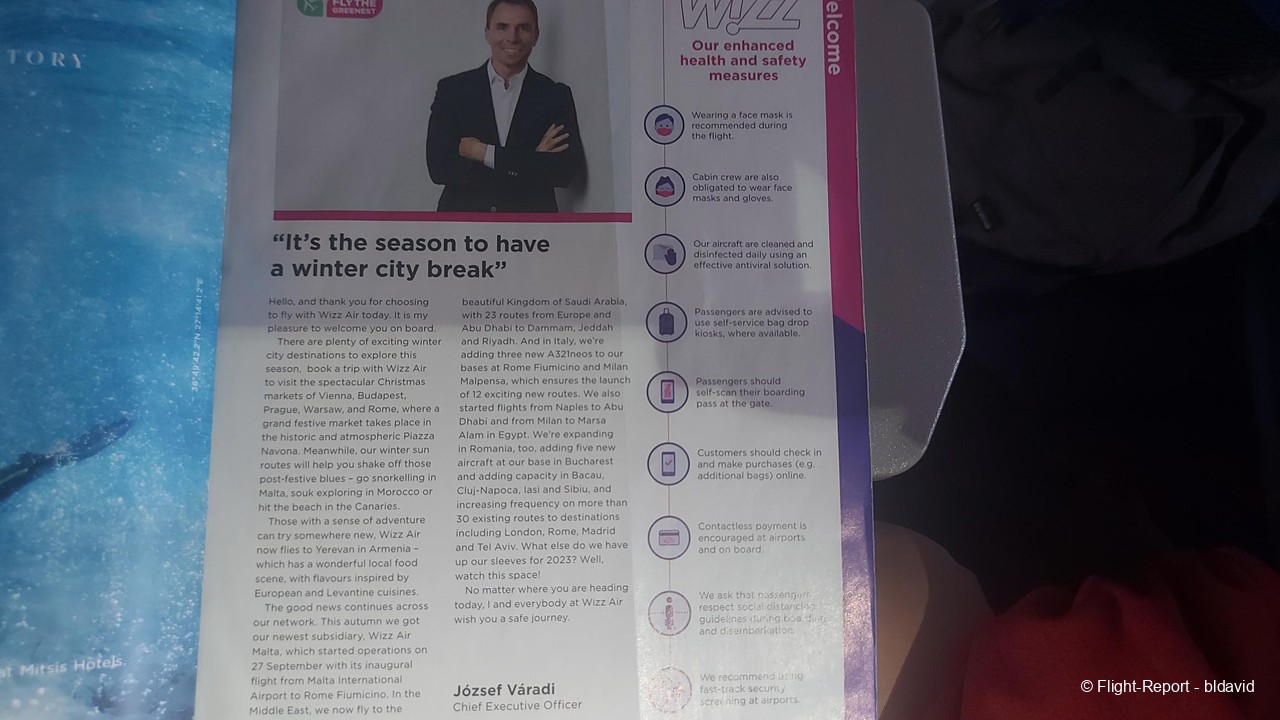 There’s BoB (buy-on-board) which I prefer. You eat a lot if you're hungry and nothing if you're not; the food is almost always better quality than the typical "free" meal on short-haul flights in economy class within Europe (for which you pay anyway with your ticket even if you don't eat anything). 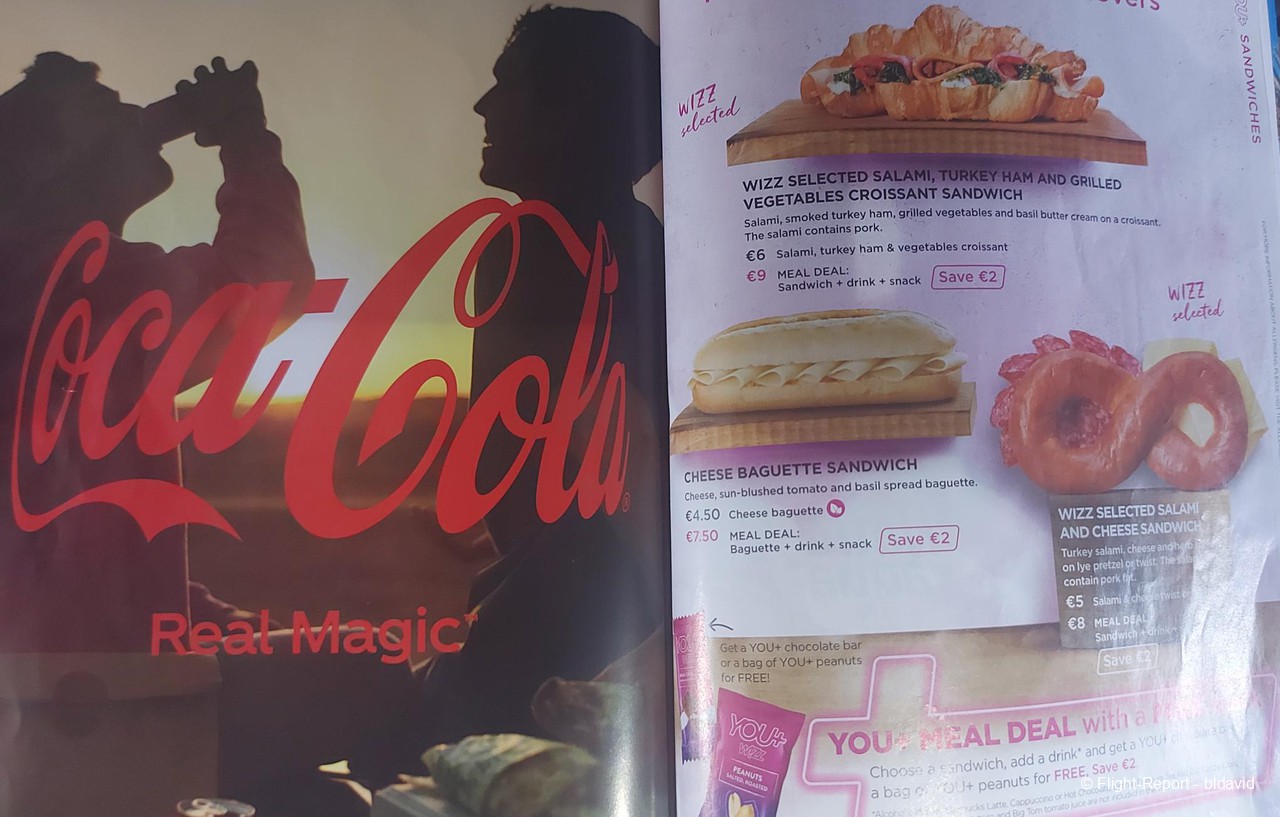 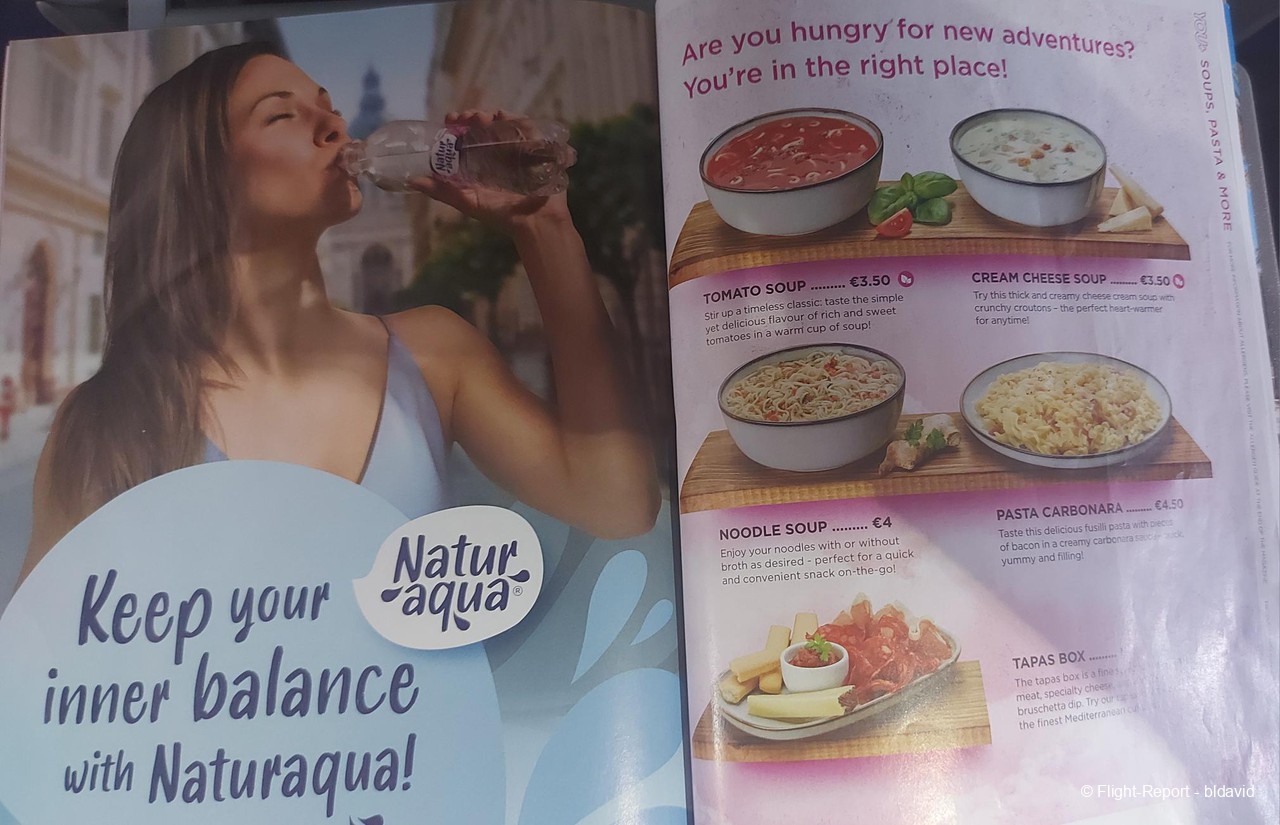 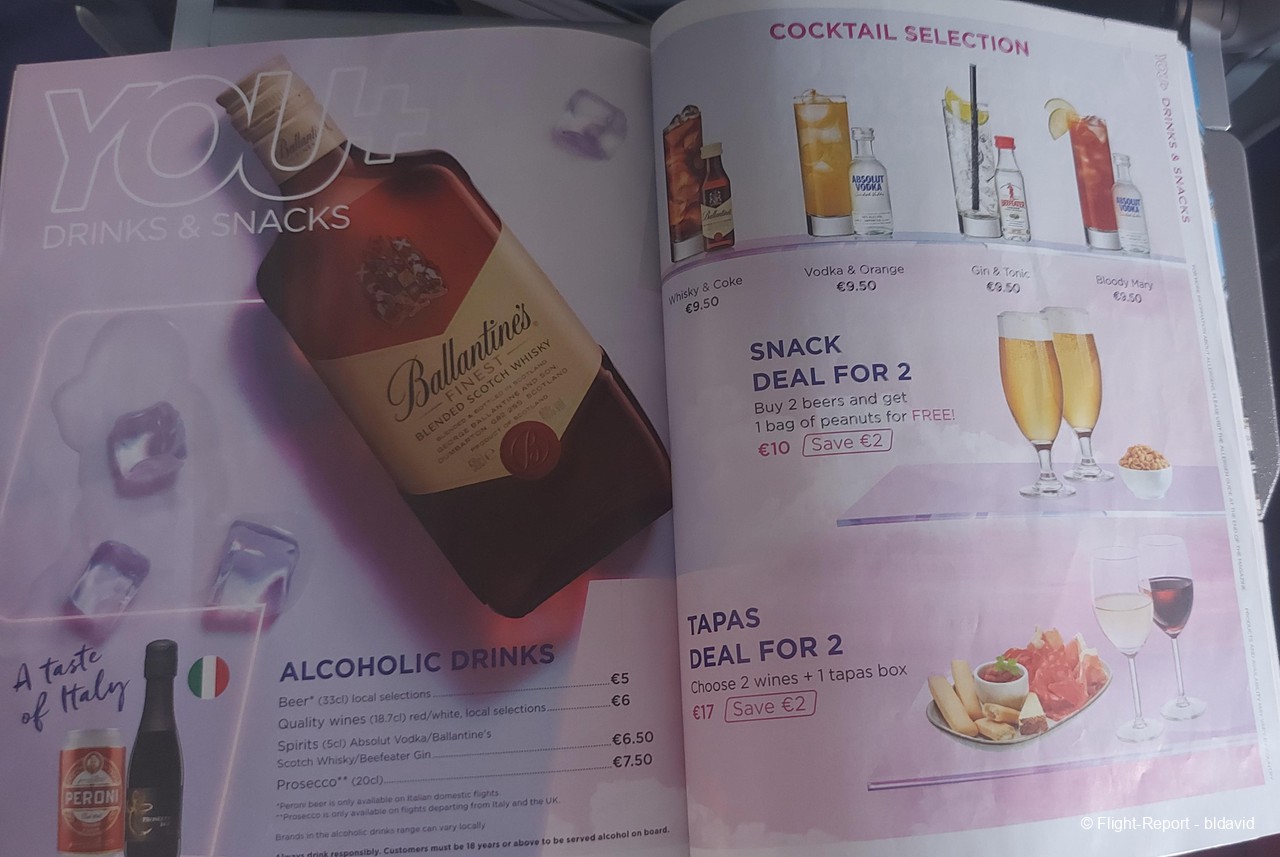 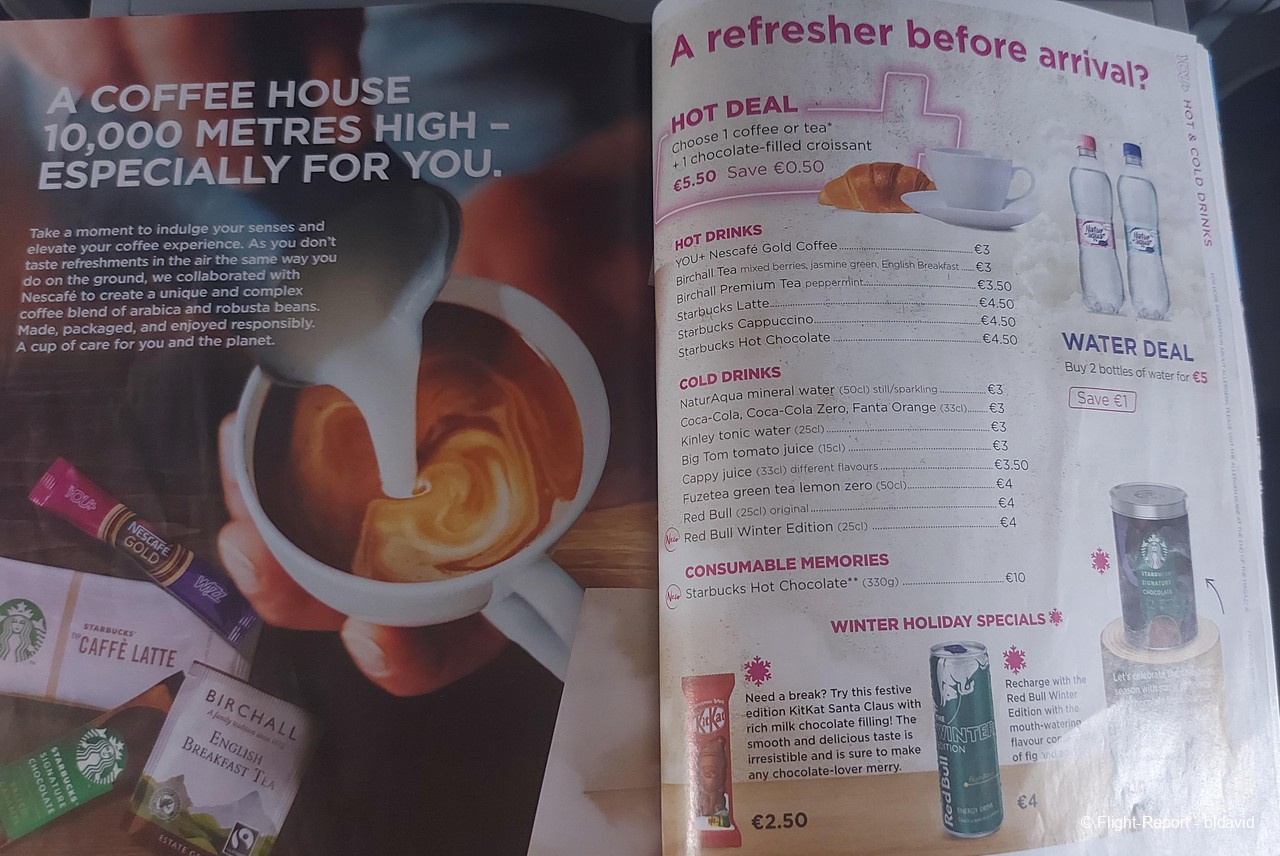 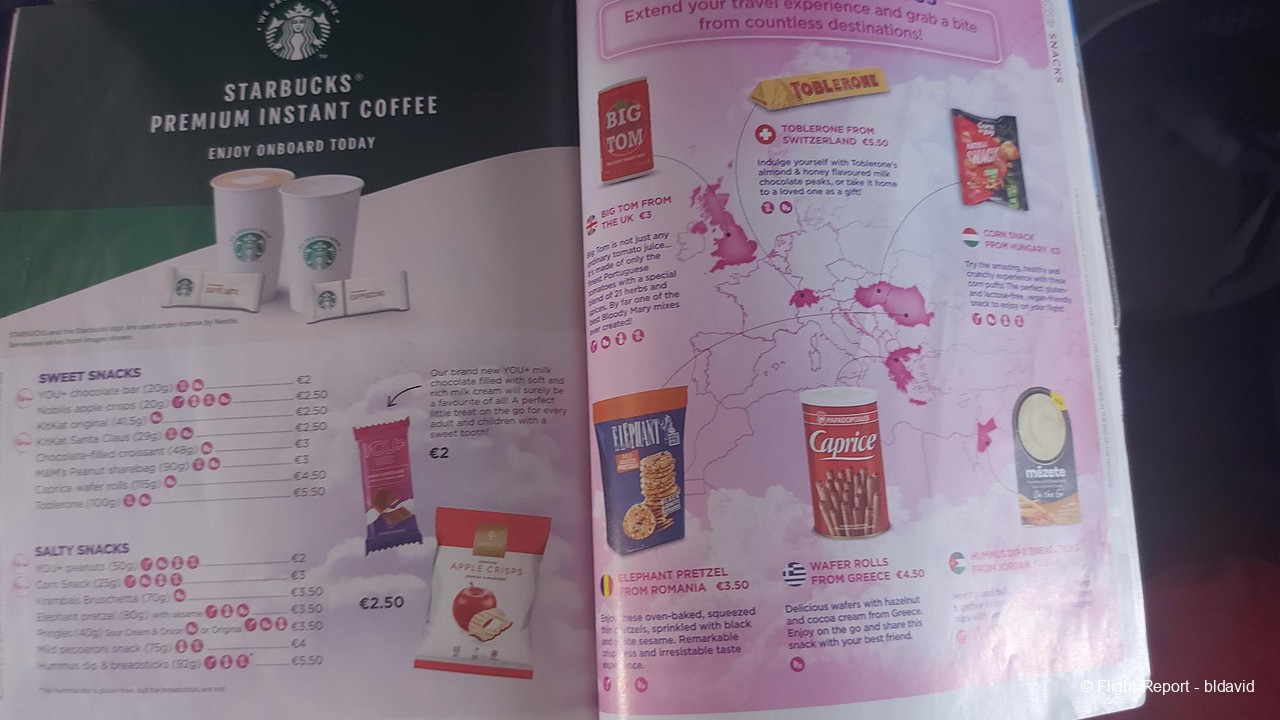 A flight that is full, has a long flight time and leaves at lunchtime - a perfect mix for slow service as almost everyone on board buys something. Service reached row 18, the last row to be served, one hour and 30 minutes after take-off. This was unusual; I usually get my meal 15 to 30 minutes after service starts.

I had a coke, a water, a noodle soup and some peanuts. 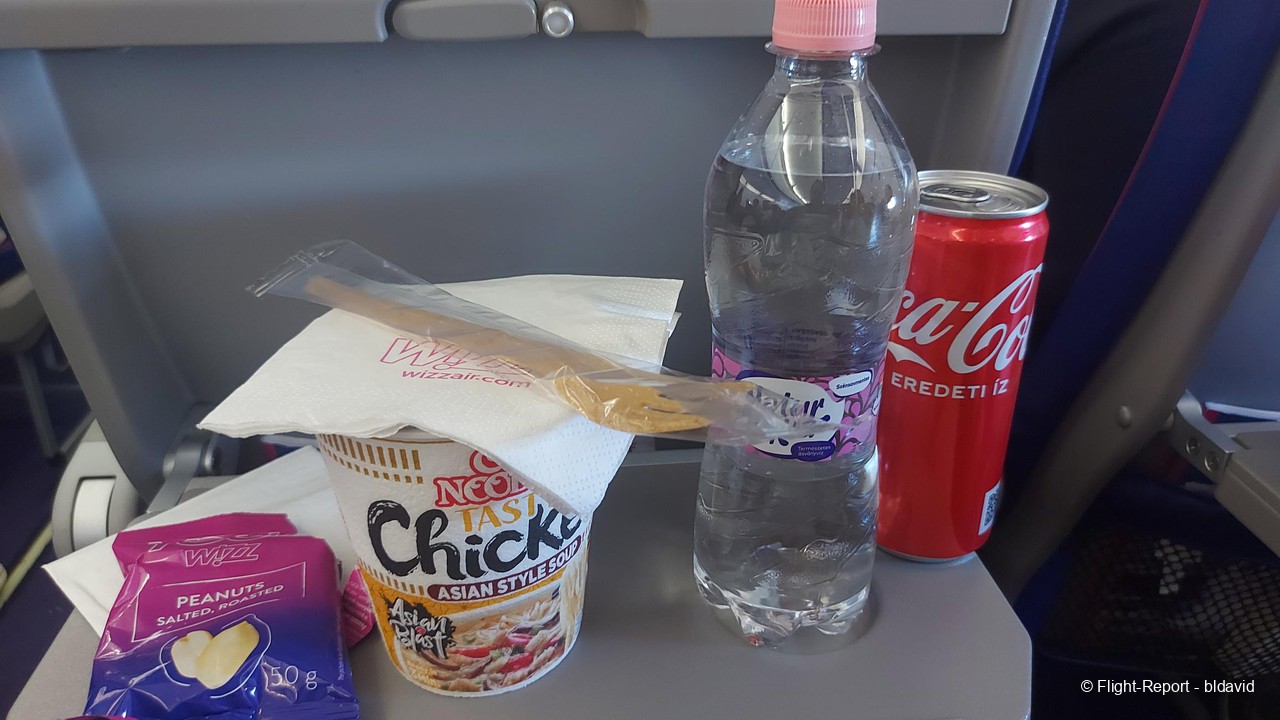 Wizzair has some of the most reliable service of all airlines in Europe - meaning that you almost always get the same level of service. You're unlikely to get outstanding or very bad service; it will almost always be efficient and professional.

My in-flight entertainment was this guidebook. 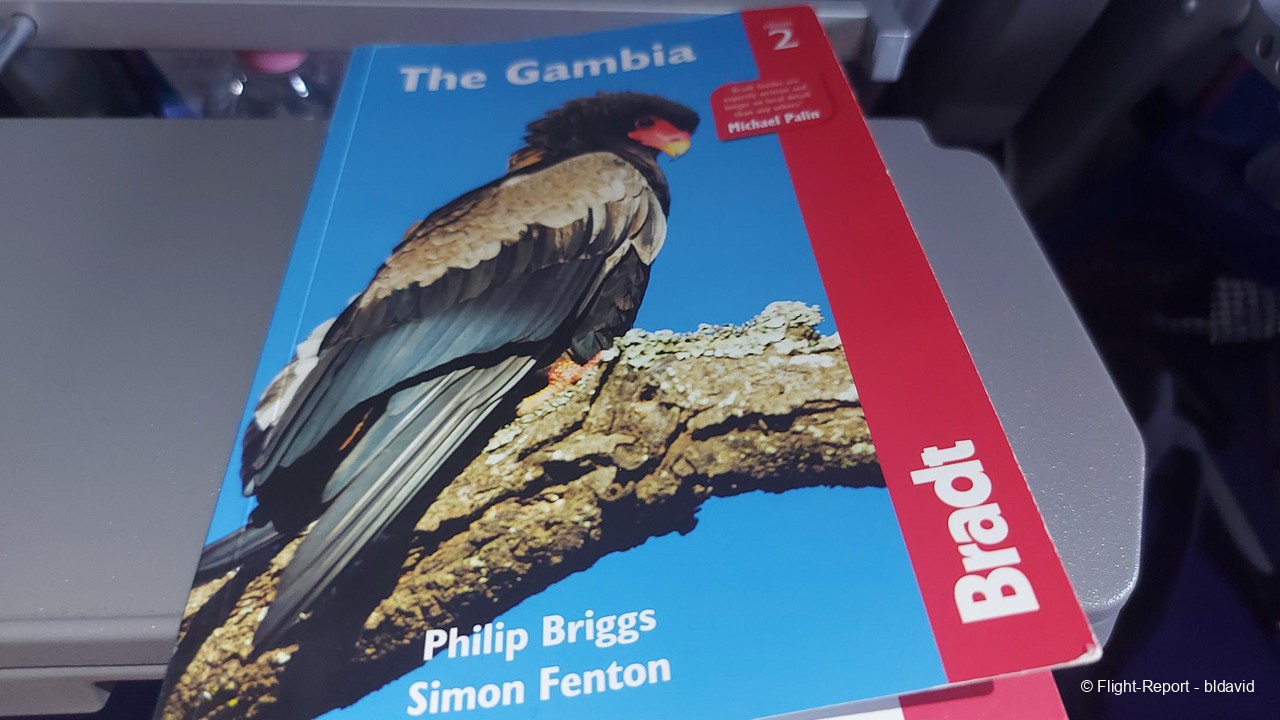 We landed at Tenerife South Airport at 15.57 and were at the gate at 16.02 for a scheduled arrival time of 15.50. Flight time was almost exactly five hours. 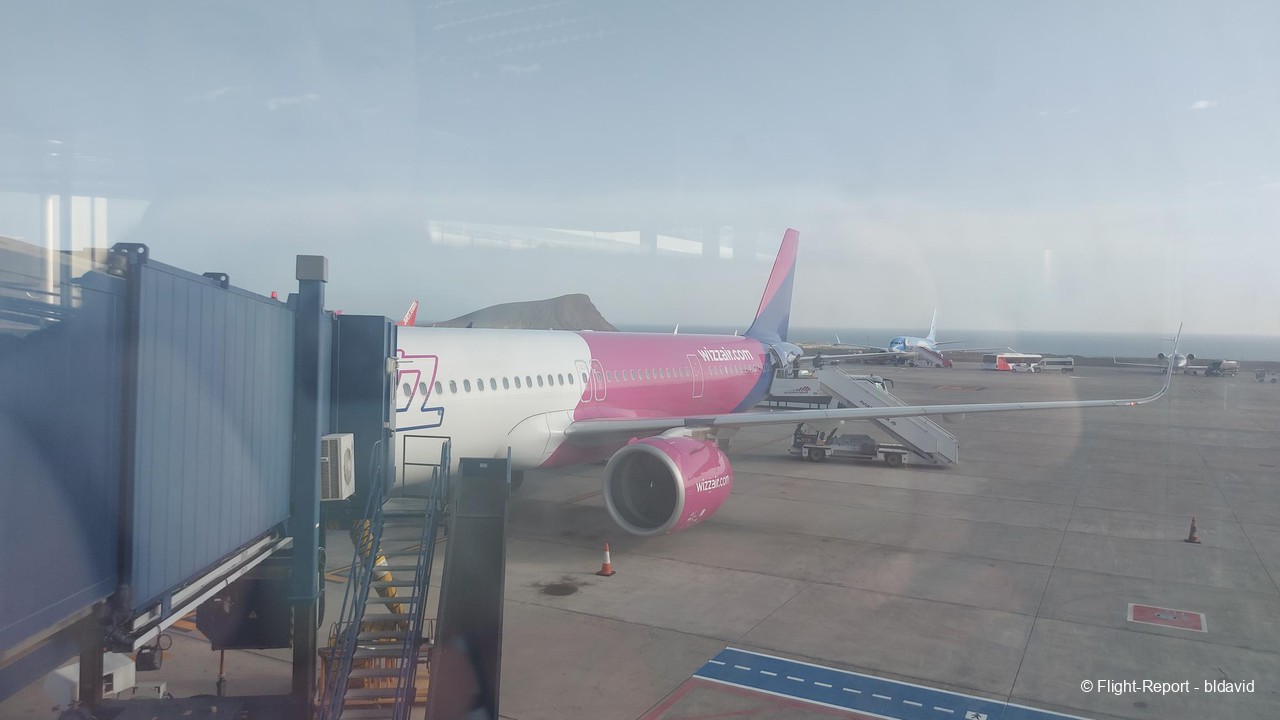 Arrival was not a good experience. The airport was overcrowded, waiting time for the luggage was long and there were about 150 people in the line for taxis.

Travelling for five hours on a low-cost airline is not the utmost dream of most travellers, especially on a plane with a 100% load. Yet this was an OK flight thanks to the pleasant departure airport experience and especially the extra legroom seat.