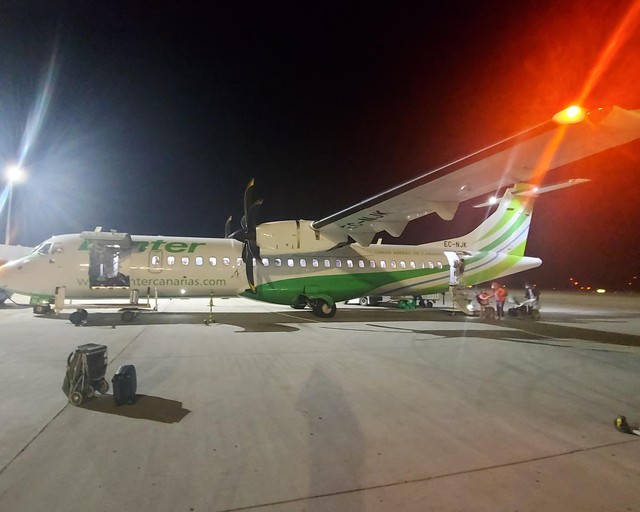 #56 out of 78 Airlines A minimum of 10 flight-reports within the past two years is required to appear in the rankings. 21 reviews

I was going from Tenerife to Senegal. Did you know that Tenerife is closer to Dakar than to Madrid? The shortest way for me was to fly with Binter first to Grand Canaria (only 112 kms away) and then south to Dakar (another 1479 kms). The flight was expensive for the distance. All other options (flying Iberia via Madrid, TAP via Lisbon or Royal Air Maroc via Casablanca) would have meant a long detour.

Tenerife has two airports. Tenerife South serves mostly the tourism industry while Tenerife North is mostly for the local population. The distance between the two is about an hour by taxi depending on traffic.

I took a taxi from my hotel in Santa Cruz to the Tenerife North Airport. I was dropped off at the arrival level from where I went up to departures. 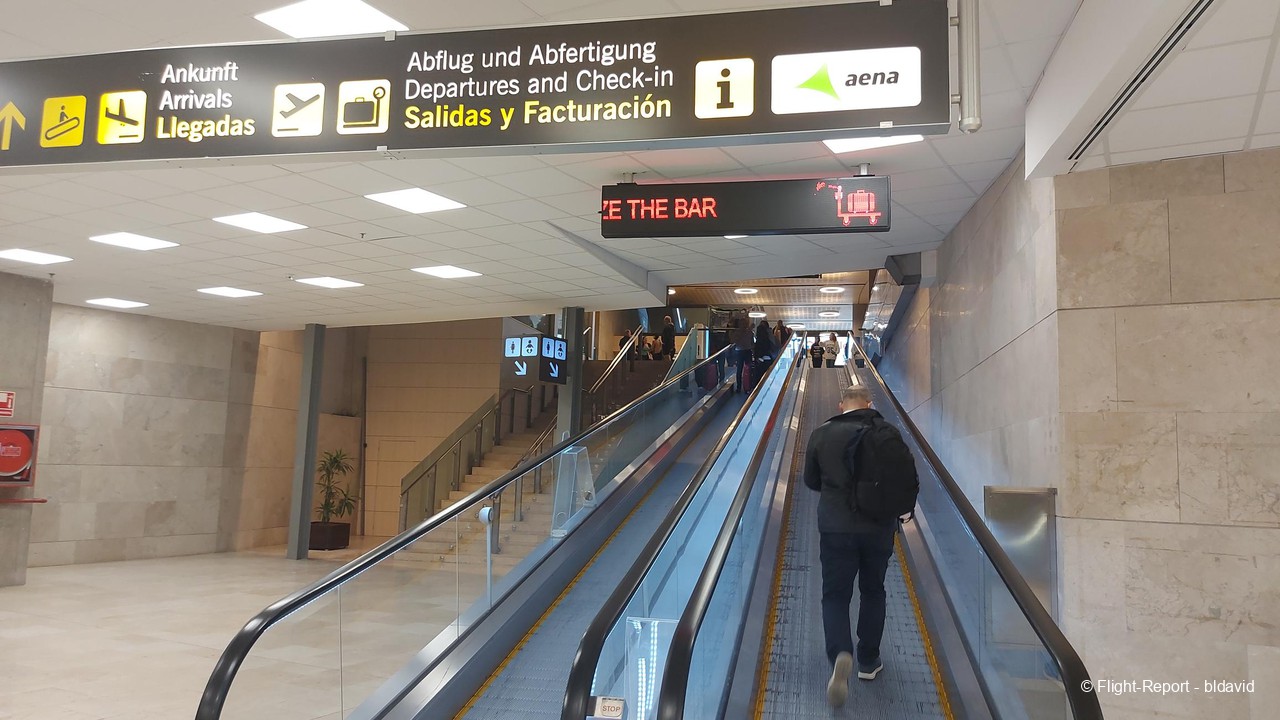 Tenerife North has many flights, mostly to other islands in the Canaries and to mainland Spain. There are about 18 flights a day from Tenerife to Grand Canaria, most of them by Binter. 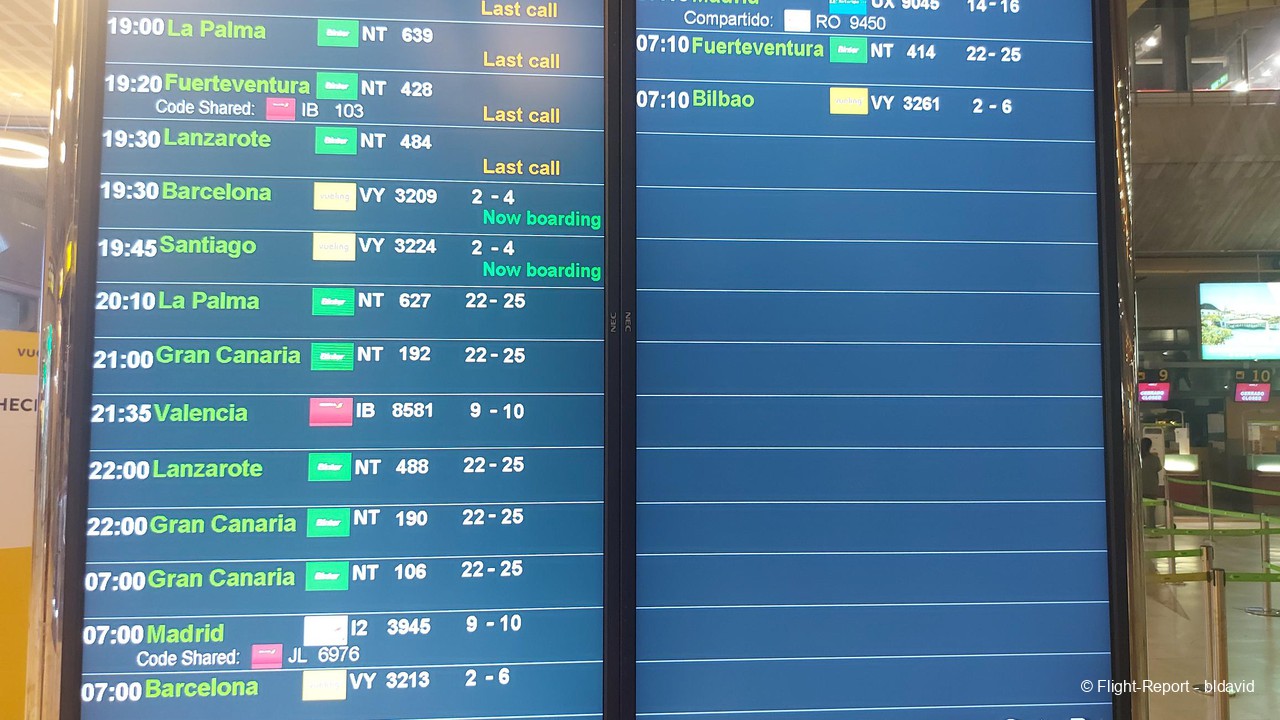 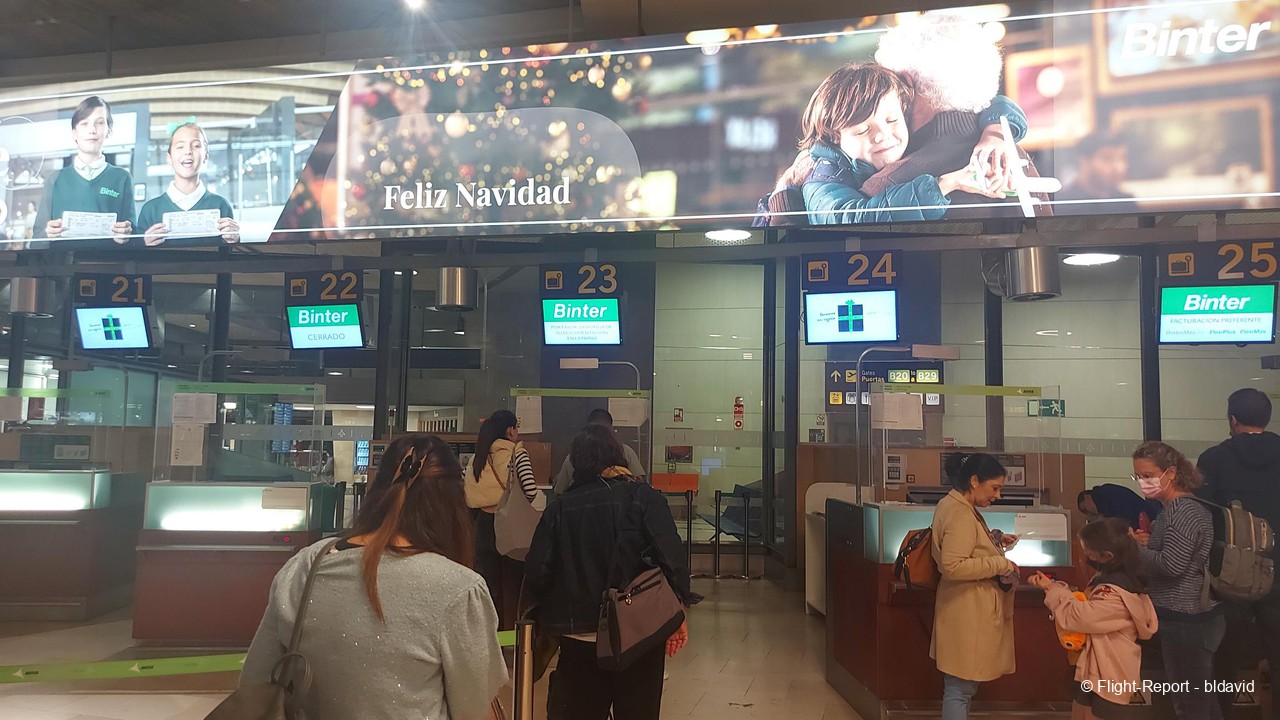 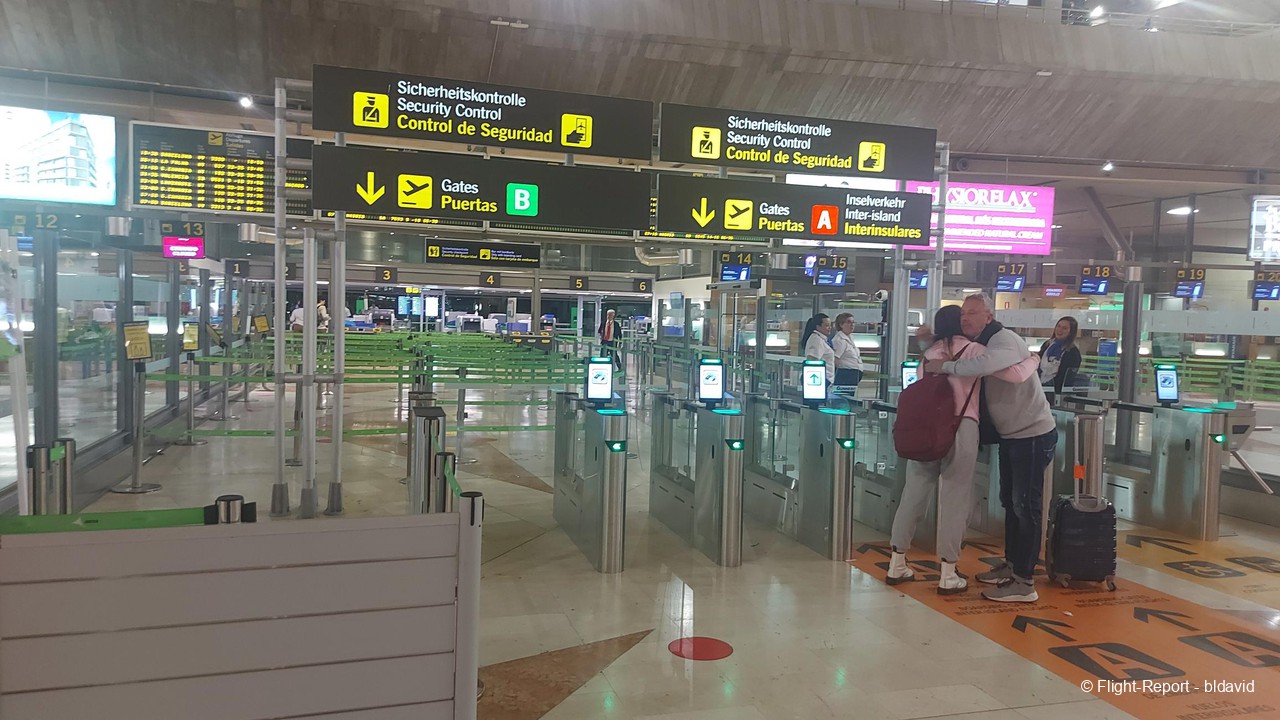 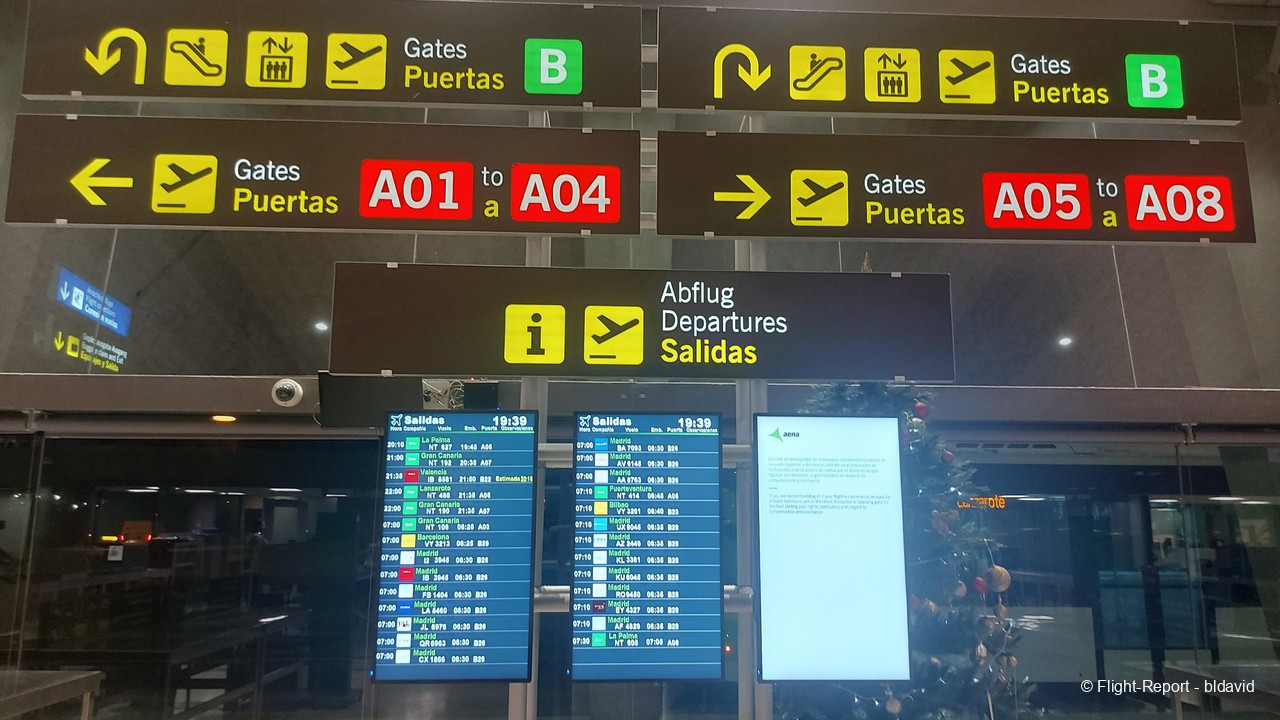 Tenerife North Airport does not have a lot of services airside. This was the only place to buy some food. The employee serving me was friendly but didn’t speak English. 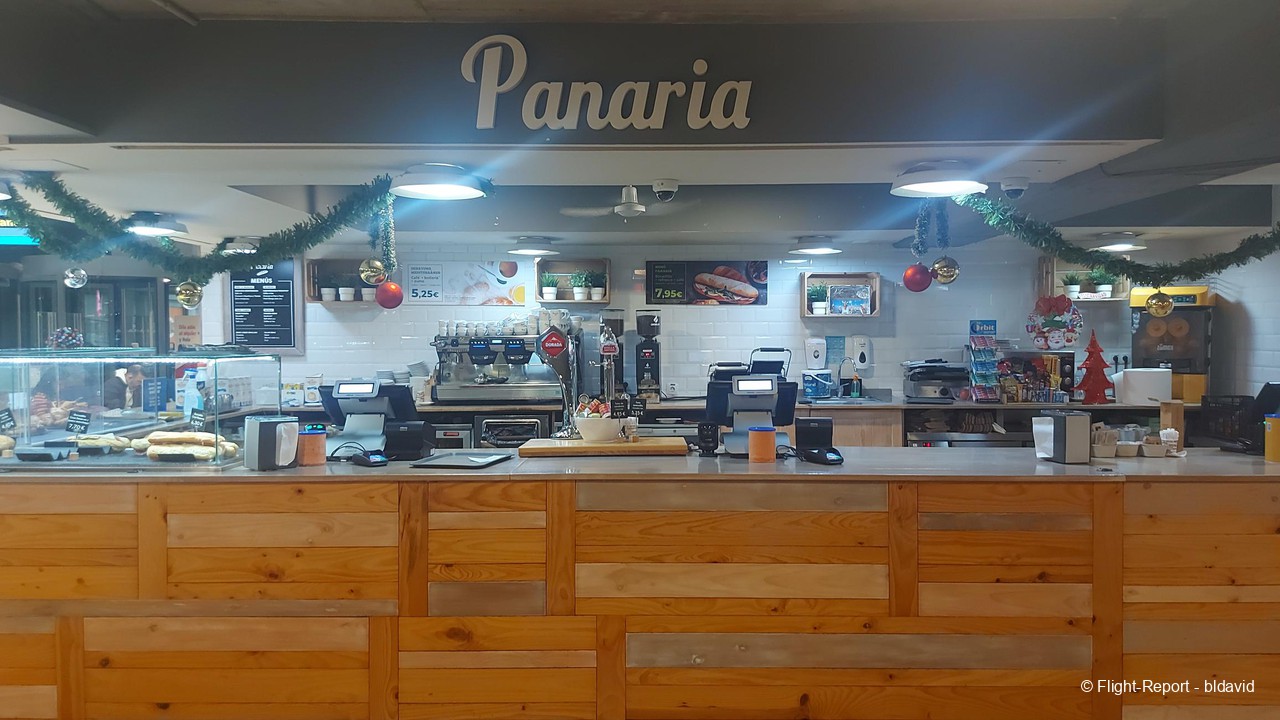 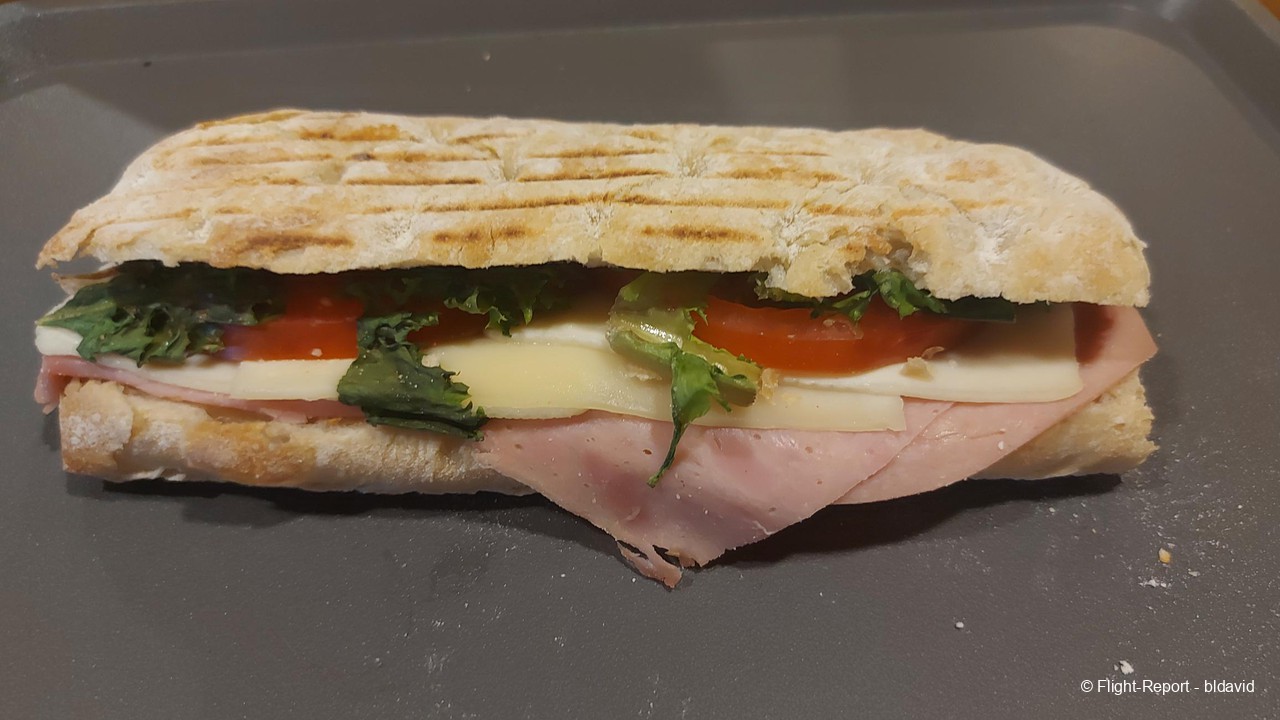 The terminal was quite empty so late in the evening. 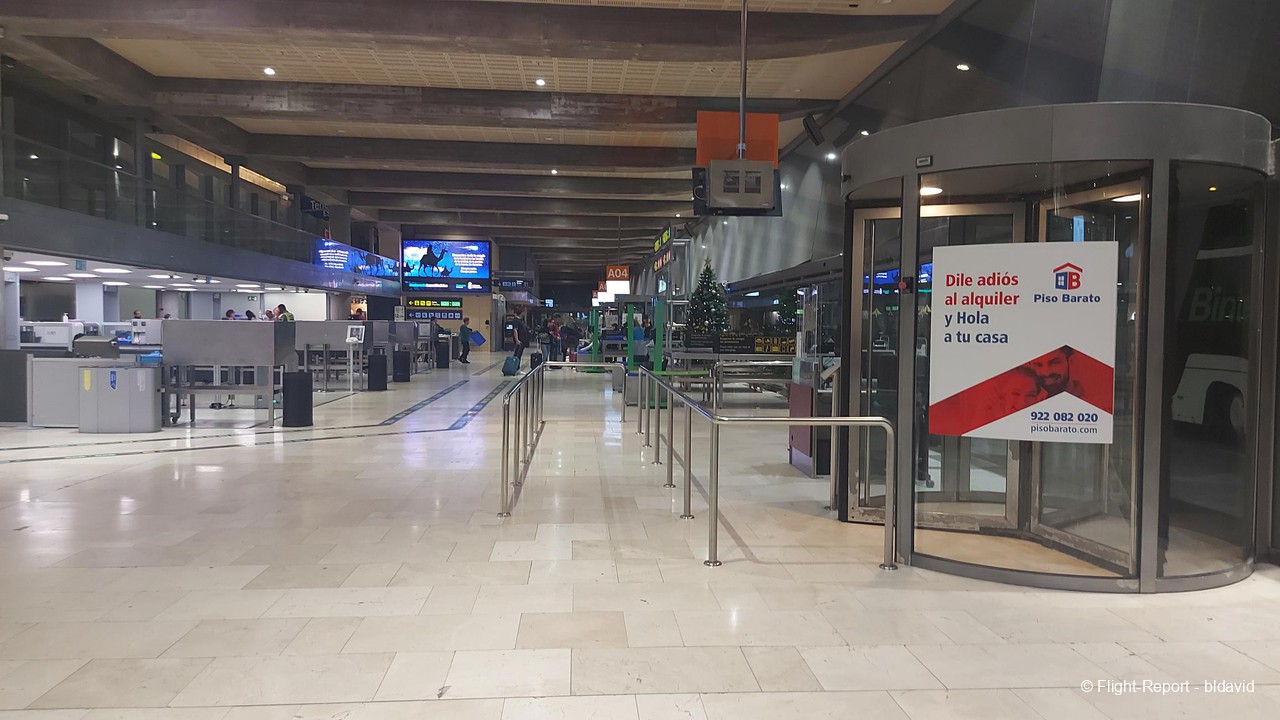 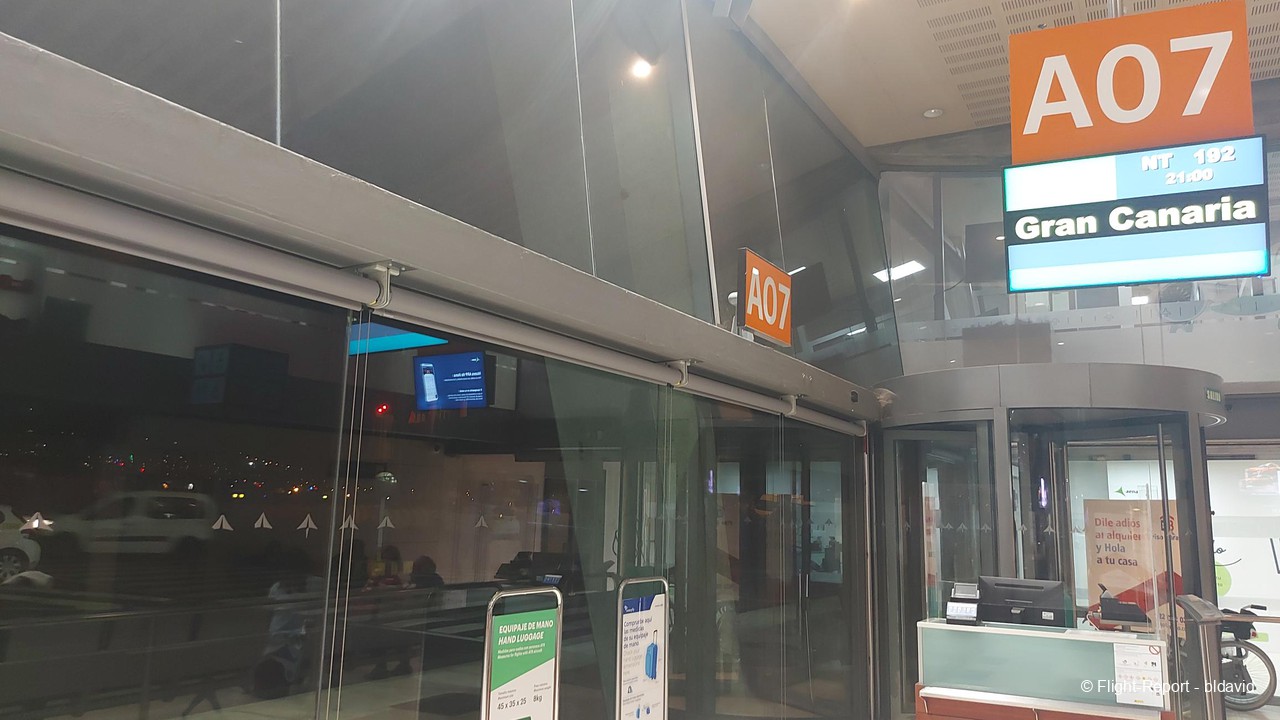 Boarding was supposed to start at 20.30 but nothing happened. Departure was shown at 21.10 instead of 21.00 but there was otherwise absolutely zero information. No information neither at 21.00 or at 21.10. All other passengers were waiting patiently – they seemed to be used to delays. Boarding finally started at 21.25 with a delay of 55 minutes – departure time was still shown as 21.10 on the screen.

Our plane was an ATR72-600, registration number EC-NJK, less than three years old. 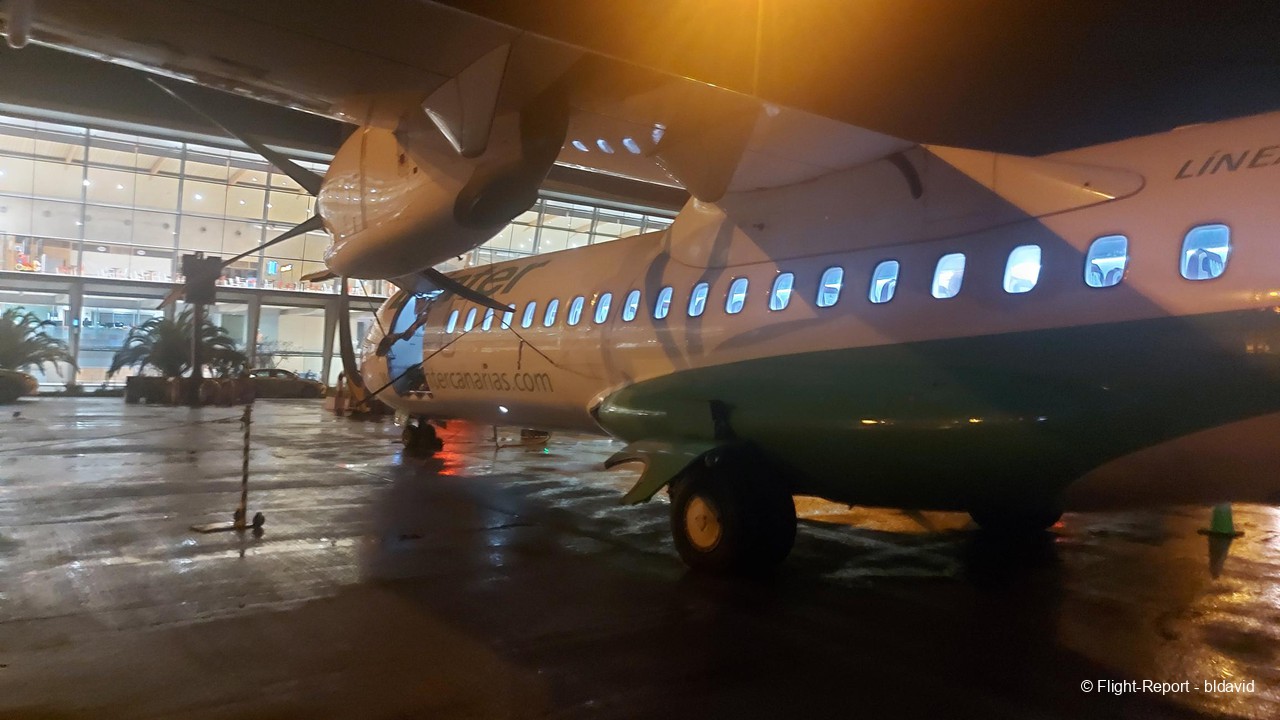 Boarding was from the back as always on ATRs. The cabin was in good condition. 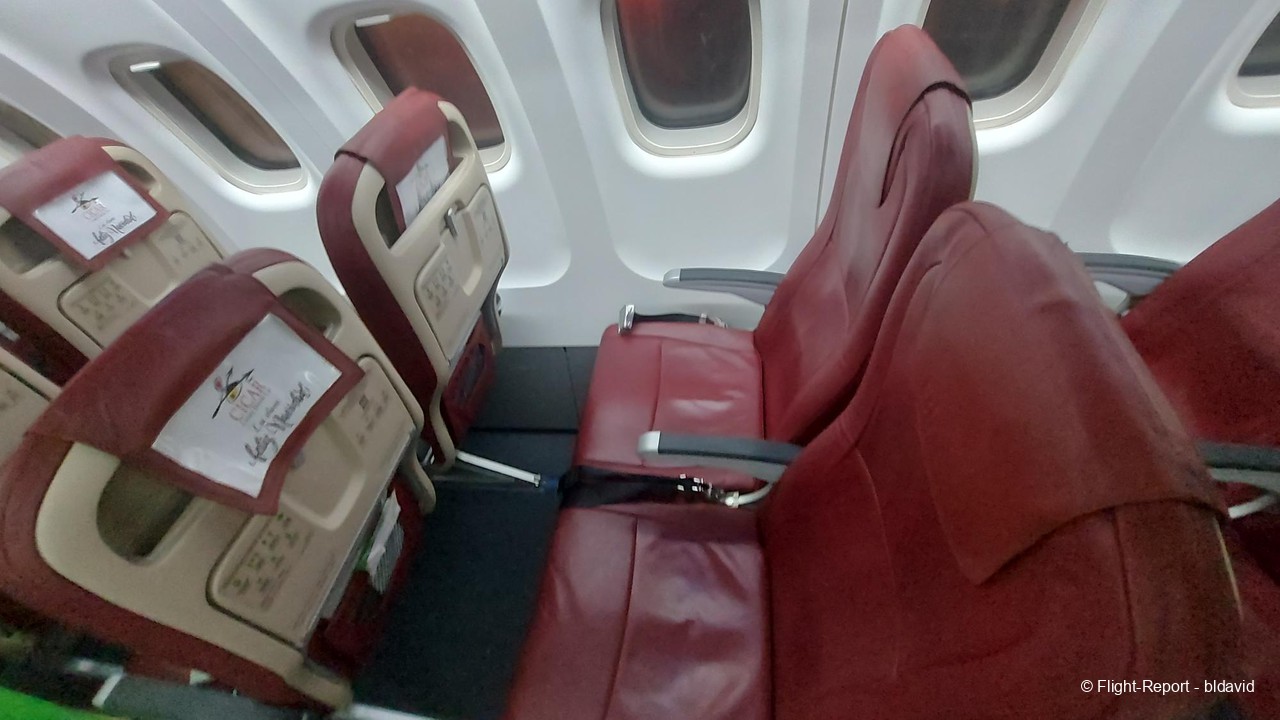 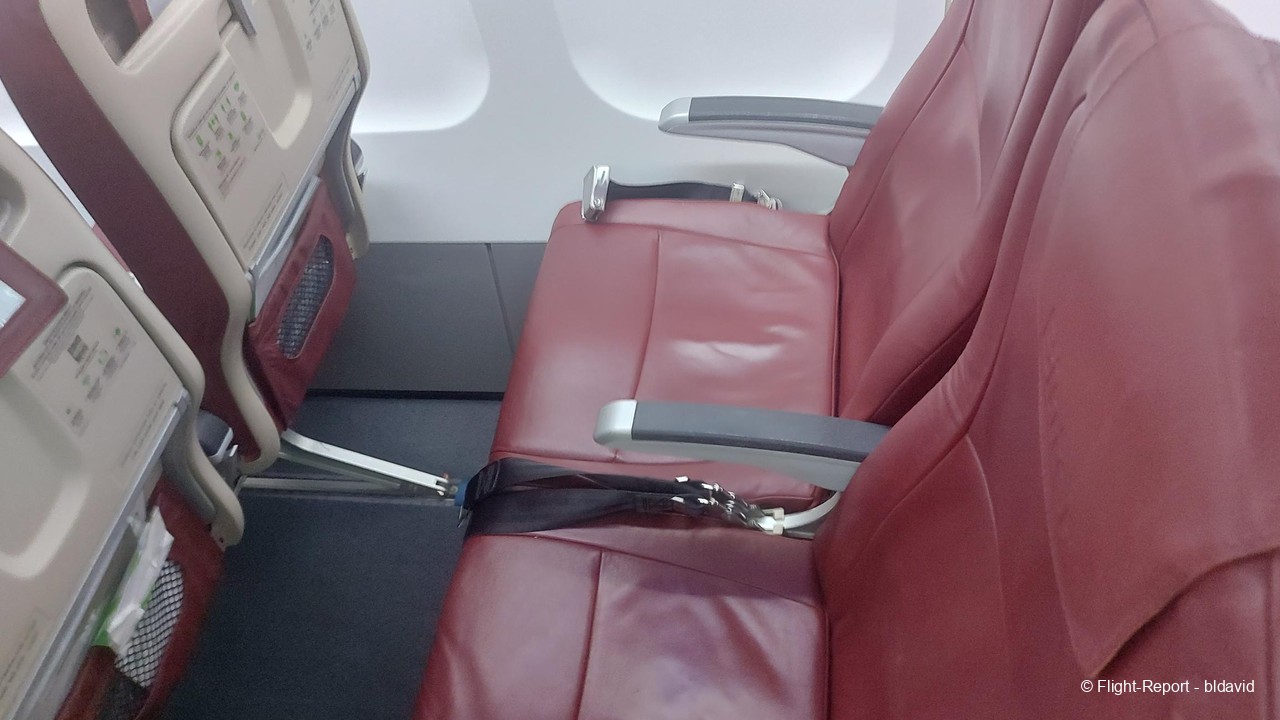 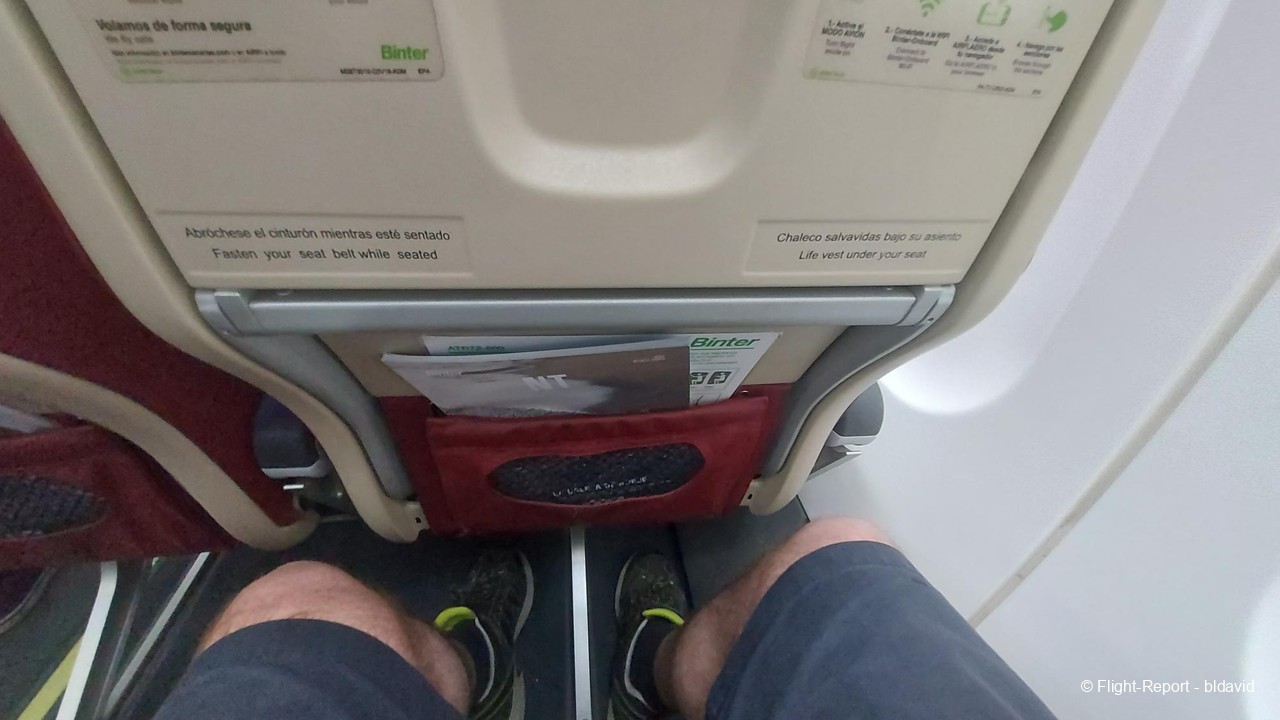 The flight was quite full. There were two dogs onboard who let everybody know very loudly that they were not happy to be there.

This was a very short flight. There was an onboard magazine in Spanish only. There was no service during the flight. It was dark outside so not much could be seen.

We landed at Gran Canaria Airport at 22.28 and were at the gate at 22.30 for a scheduled arrival time of 21.30, exactly an hour behind schedule.

A small chocolate was offered as we were leaving the aircraft. 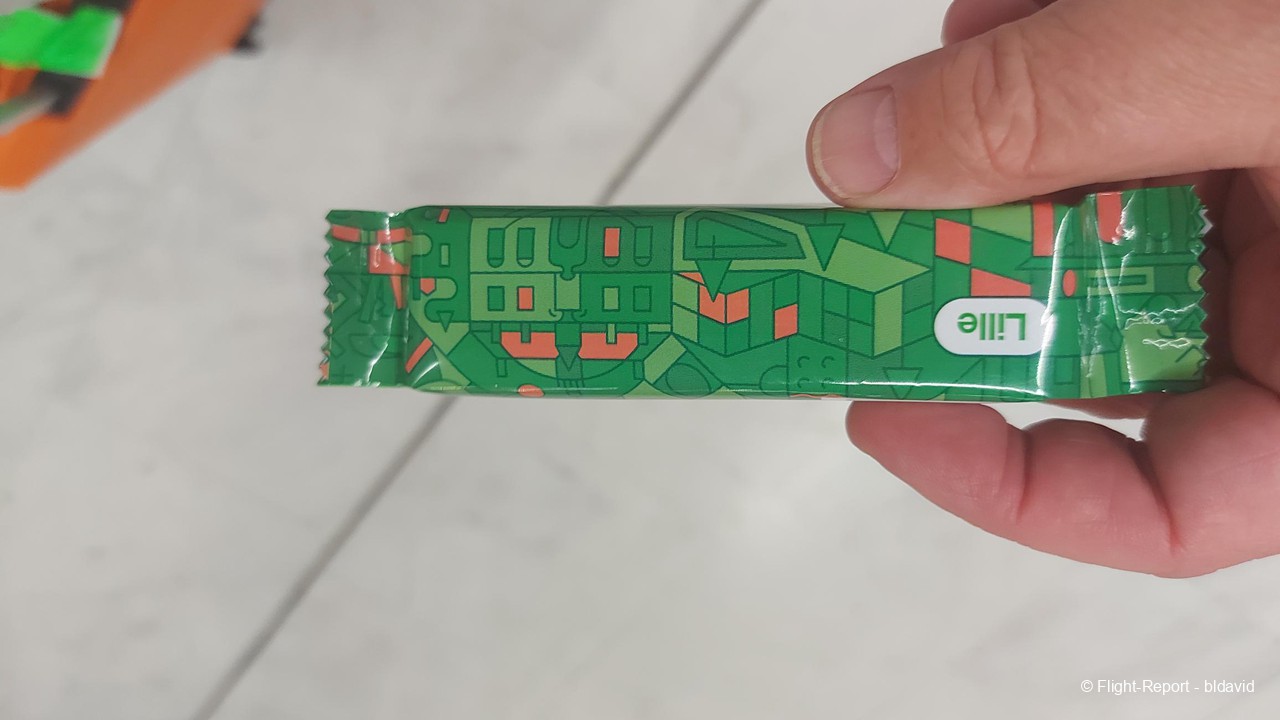 I rushed to my connecting flight to Dakar – see my next flight report.

Tenerife North Airport is OK landside but was disappointing airside with not a lot of services and facilities. There was a delay of almost an hour but no information was provided. I normally love flying on ATRs but with the flight being delayed, almost completely full, two loud dogs in the cabin, no service onboard and nothing to be seen outside, there was nothing fun about it.