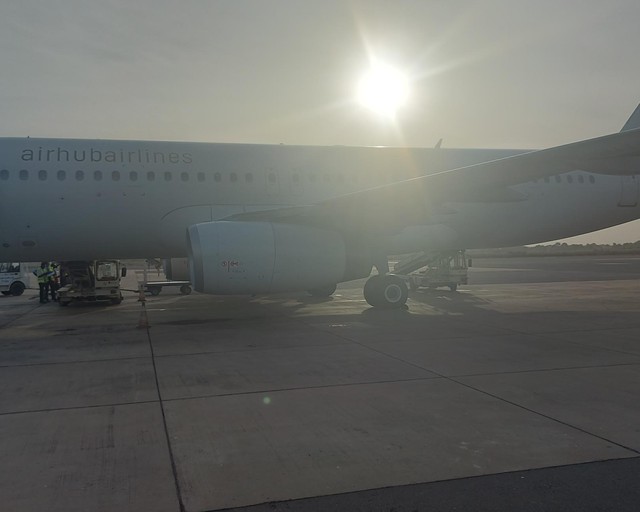 The distance by road between Dakar and Barra, the port north of Banjul is 284 kms (about six hours by car) then you have to take an unreliable ferry to the capital city of the Gambia. The distance between Dakar and Banjul airports is only 154 kms by plane and the actual flight time is only about 25 minutes. I booked this short flight with Air Sénégal.

The airport is quite nice. It’s neither too small or too big.

I had a first luggage and document control after I had entered the building. Then I had a document check a few meters from the actual check-in desk. It was done in a minute. Next came check-in with only a few people in front of me. I was checked in in less than a minute by an agent who was in very good mood. 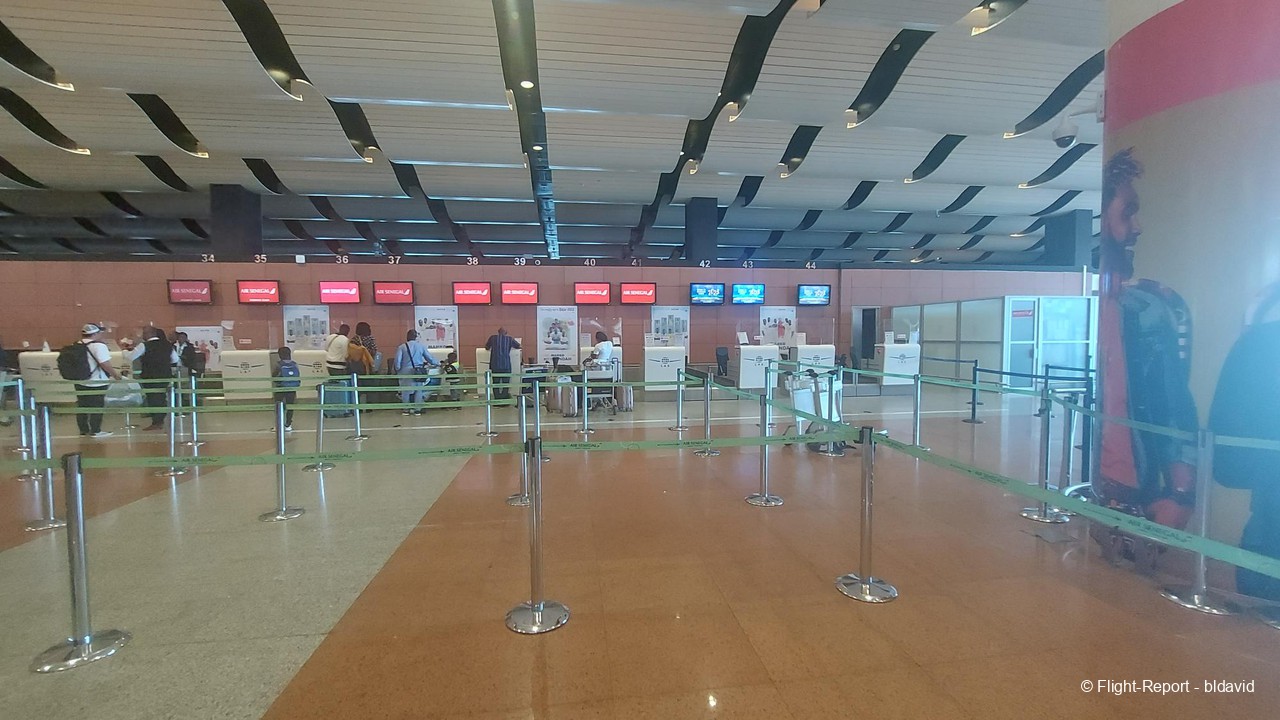 Passport control was quick and so was security check - waiting time was less than one minute for both.

My experience so far has been flawless.

The terminal is spacious airside. There are a few shops and restaurants. 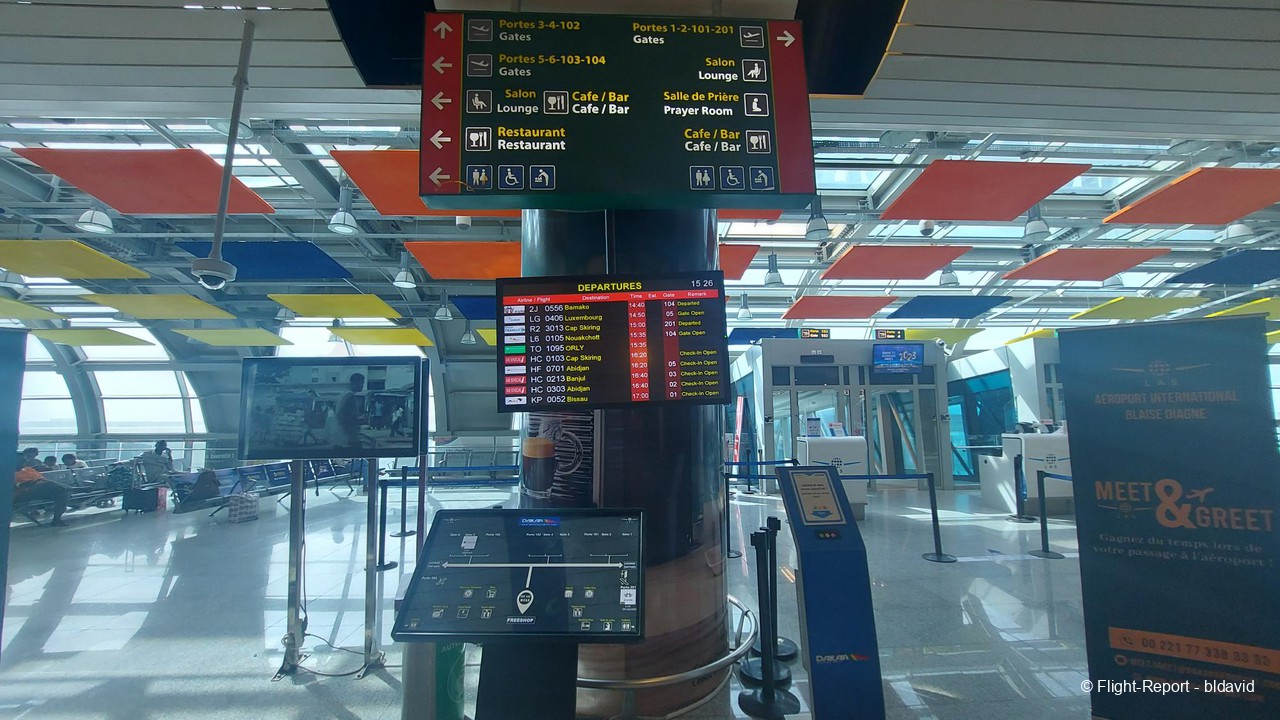 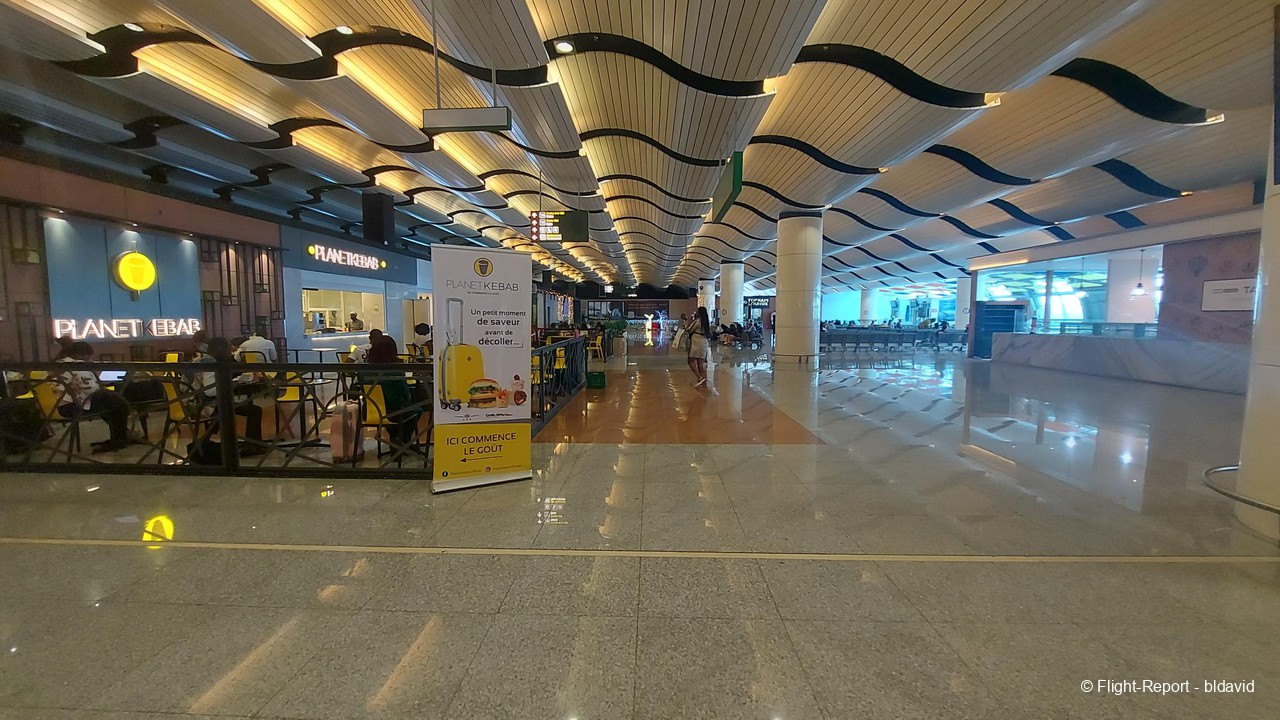 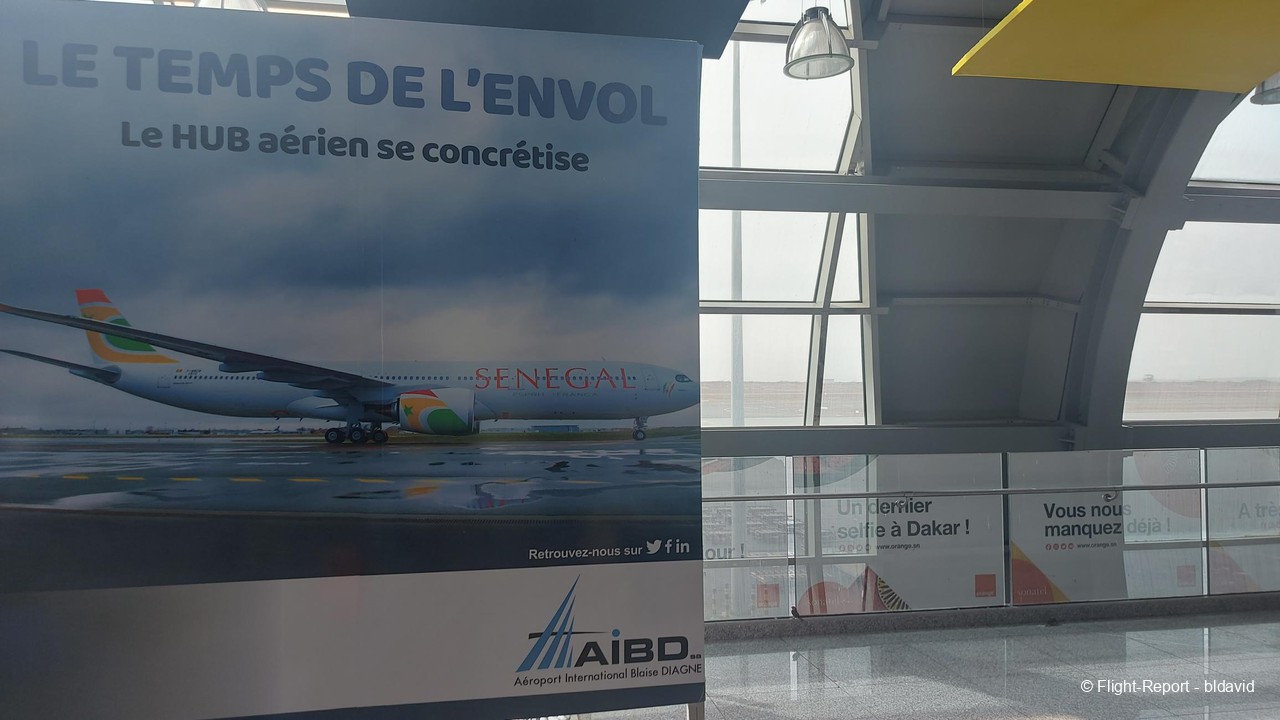 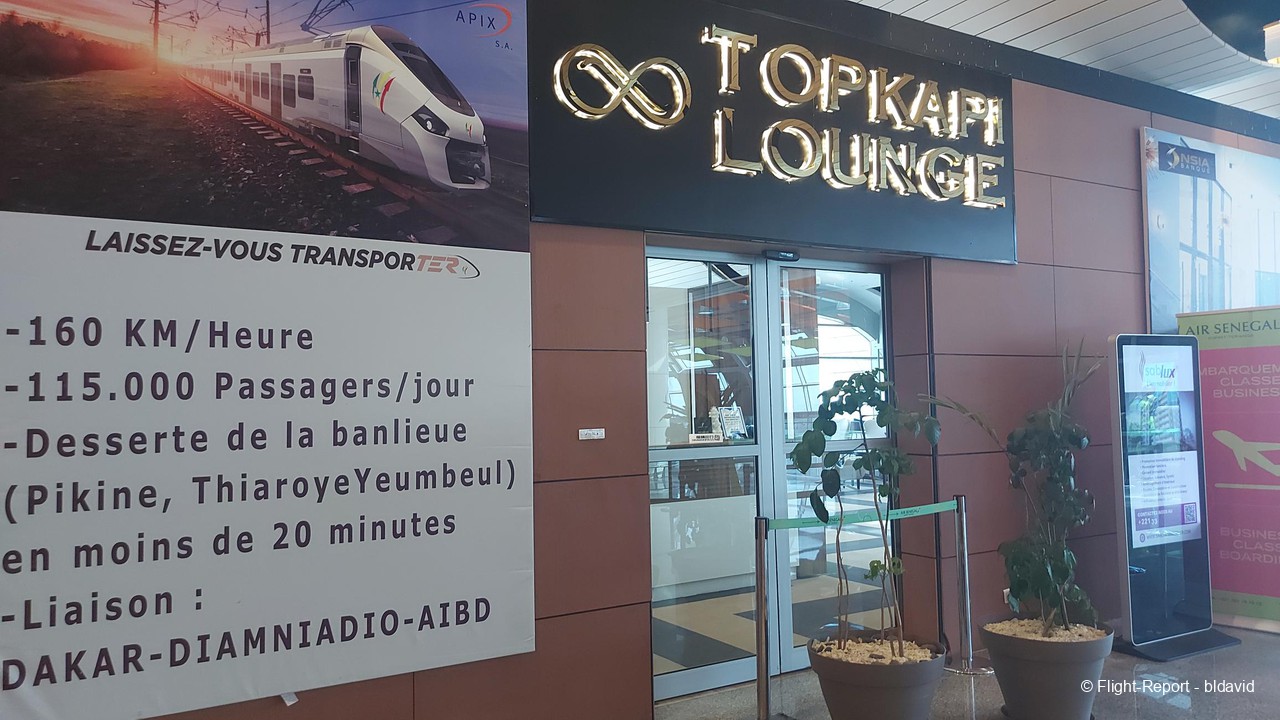 Boarding was by bridge. There were two additional checks: one before the gate in the terminal and the other before actually boarding the aircraft. 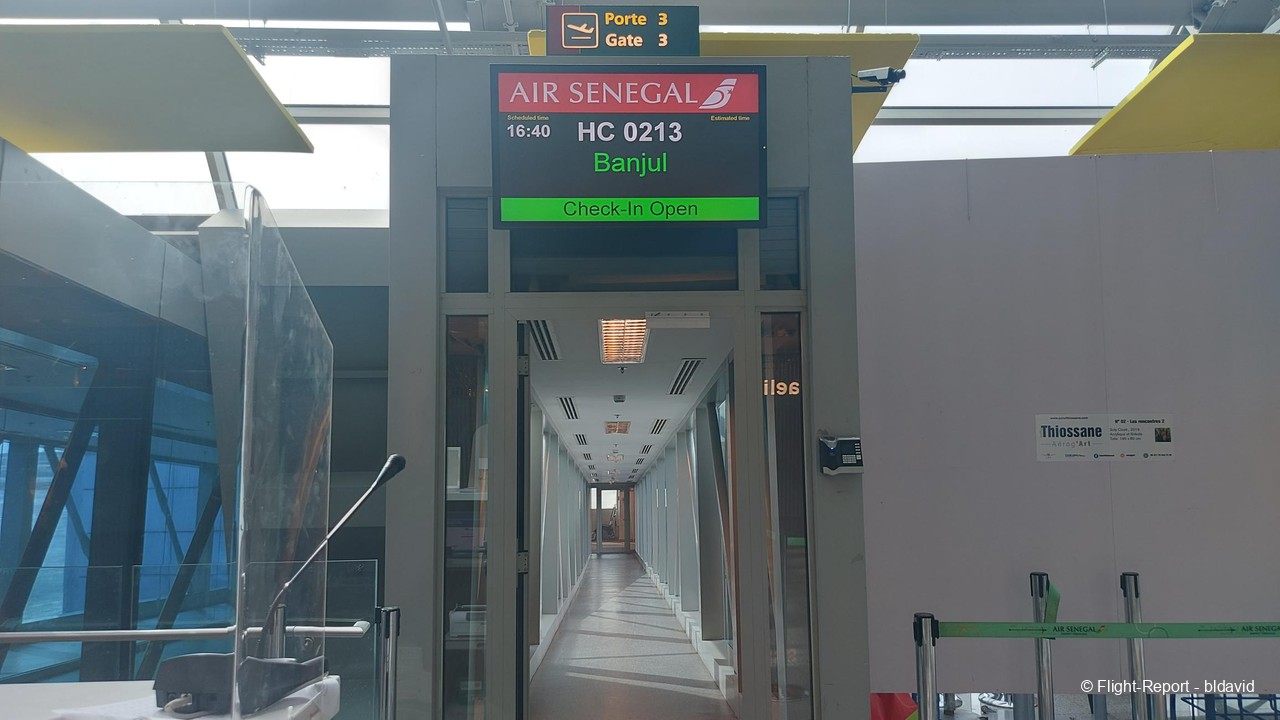 The view from the jetbridge. 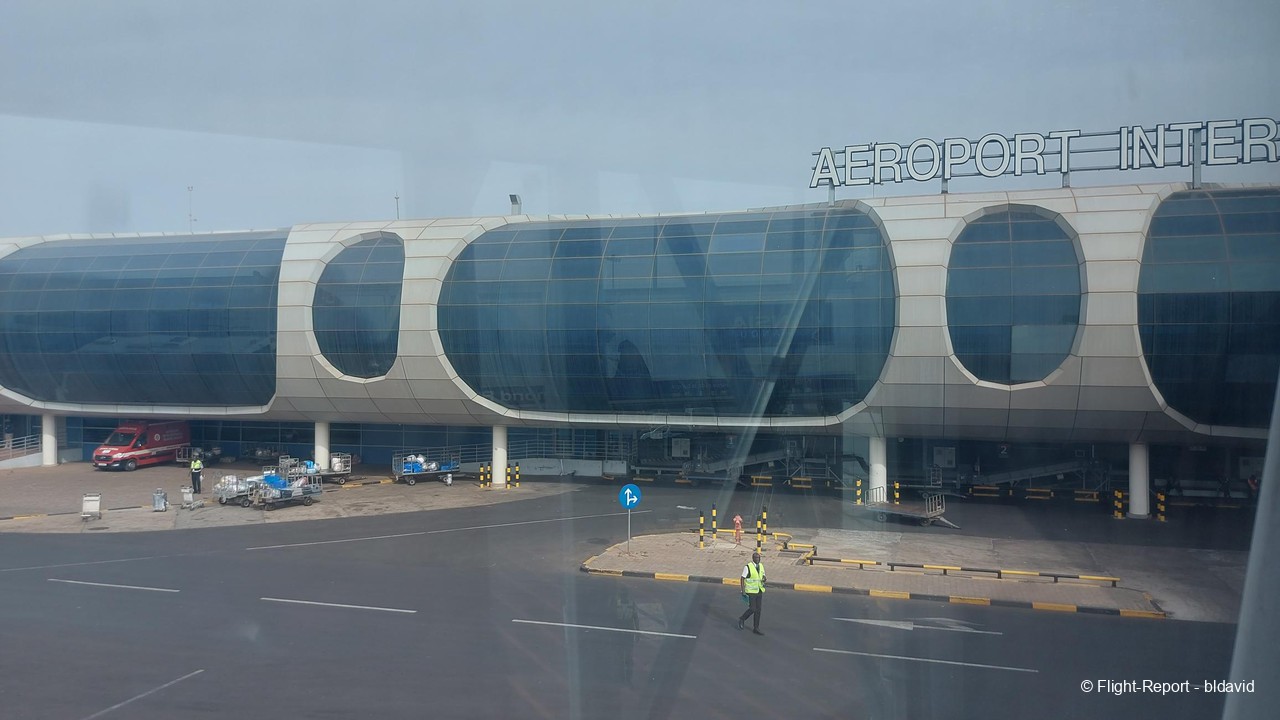 I was supposed to fly Air Sénégal but this was a plane wet leased from Airhub Airlines registered in Malta. 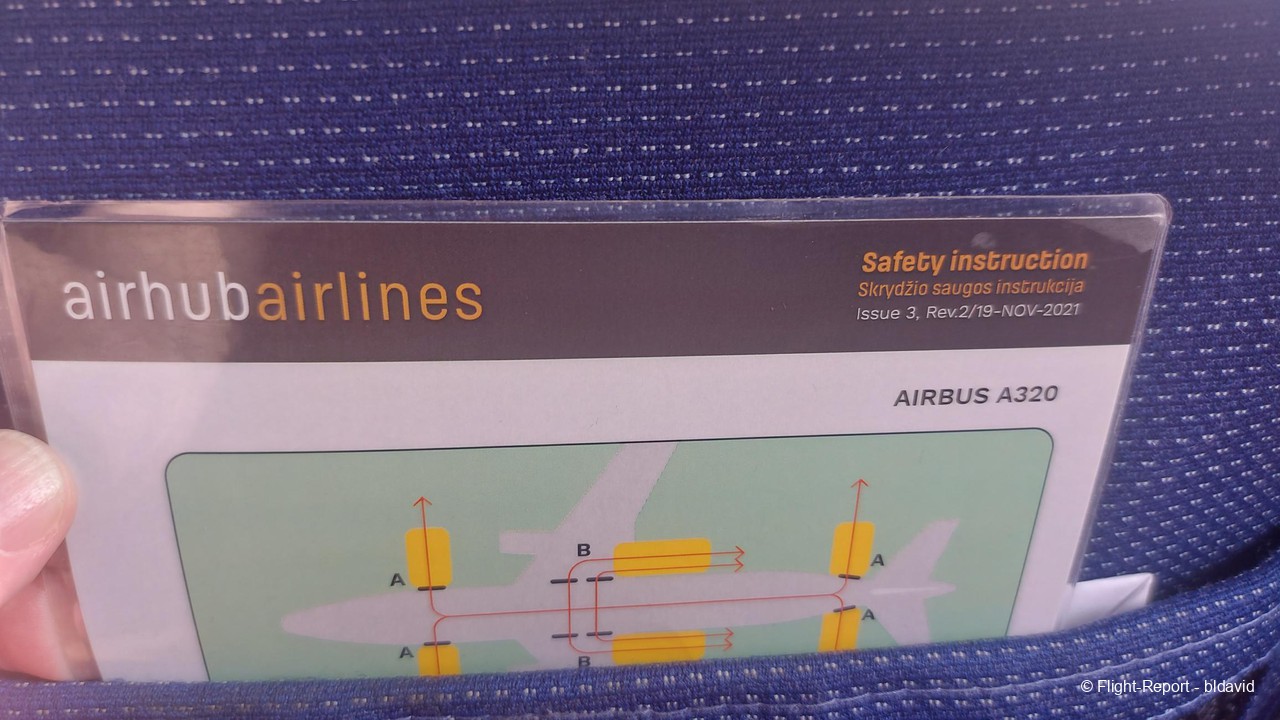 The plane has a single economy class 3+3 configuration. 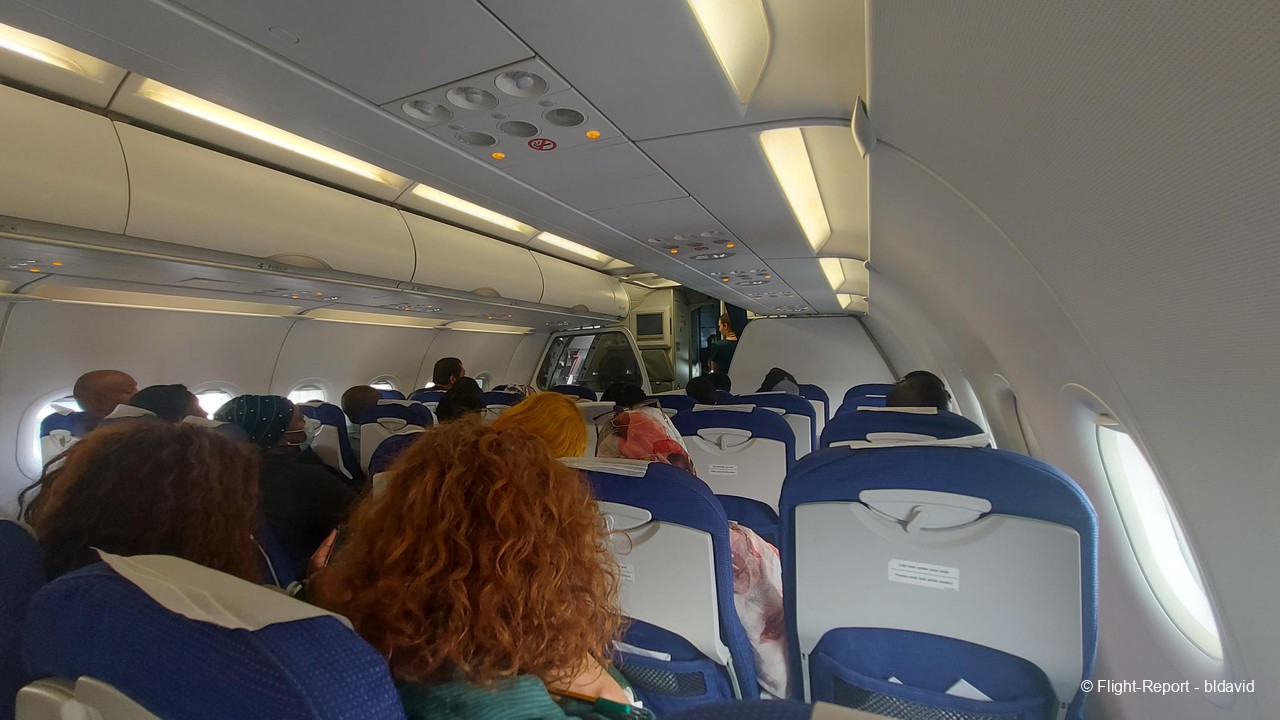 The seats are standard A320 seats. 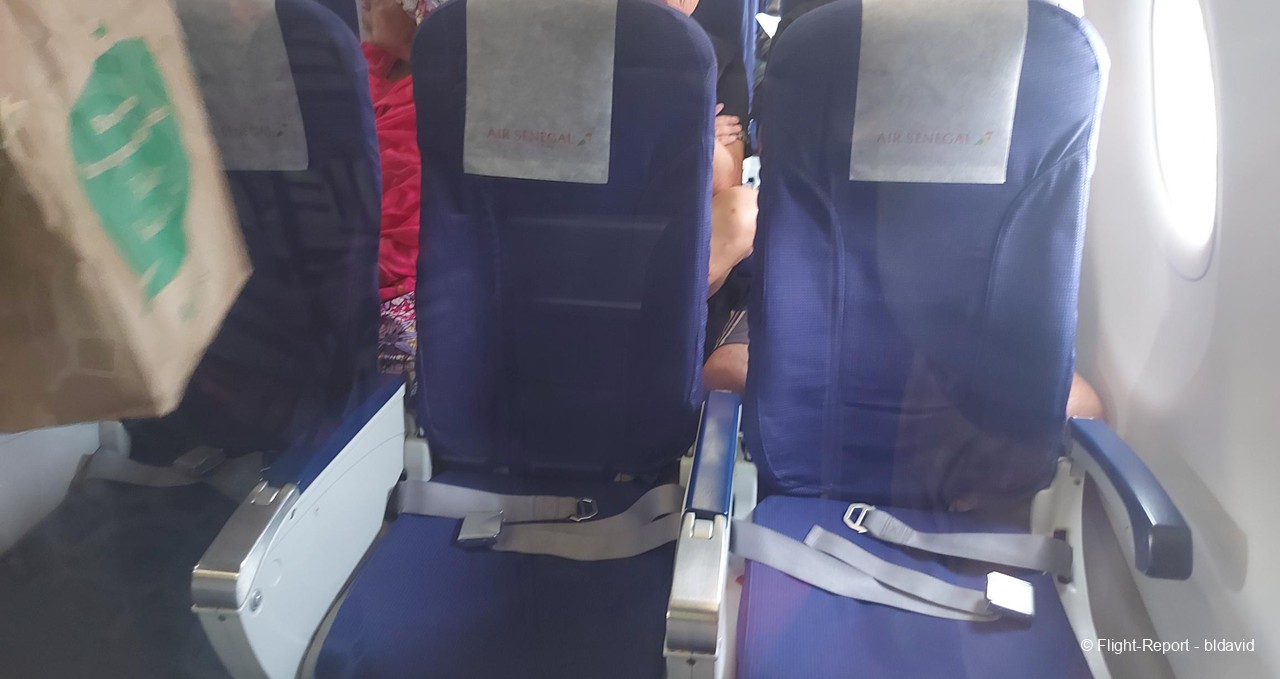 The flight was almost completely full.

Doors were closed at 16.50. An expected flight time of 25 minutes was announced.

A distant view of the terminal: 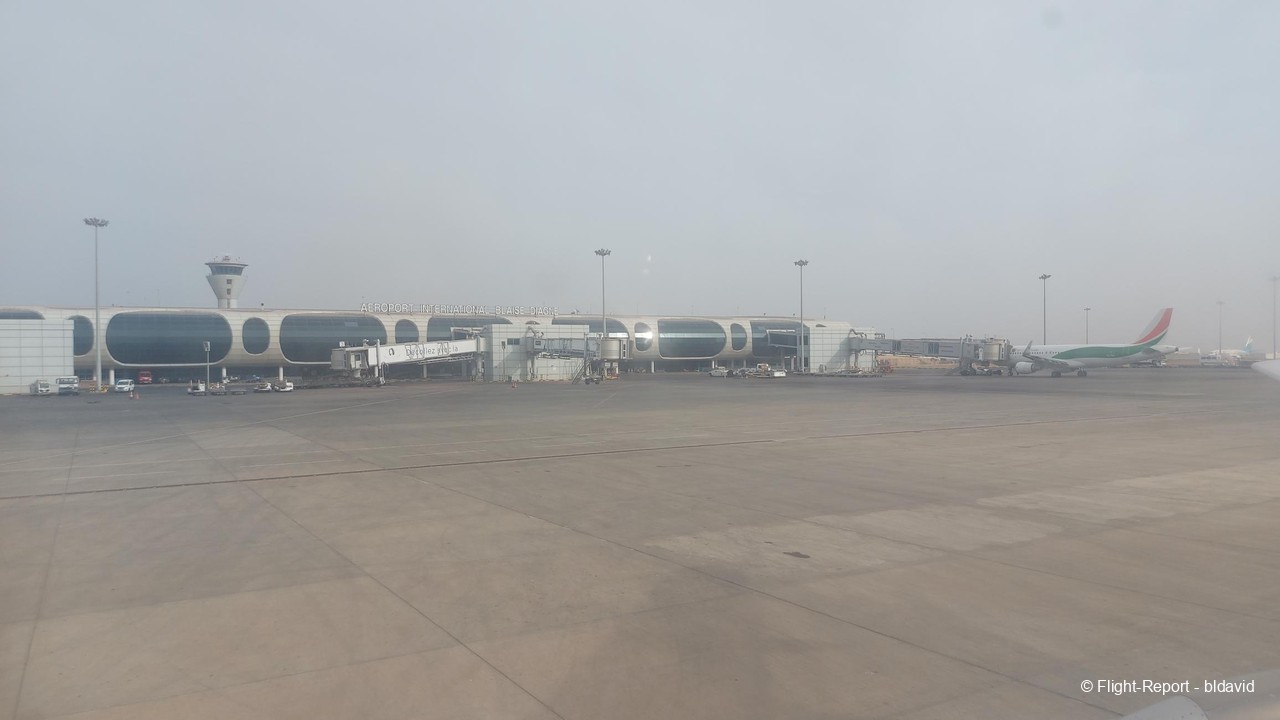 The views after take-off. 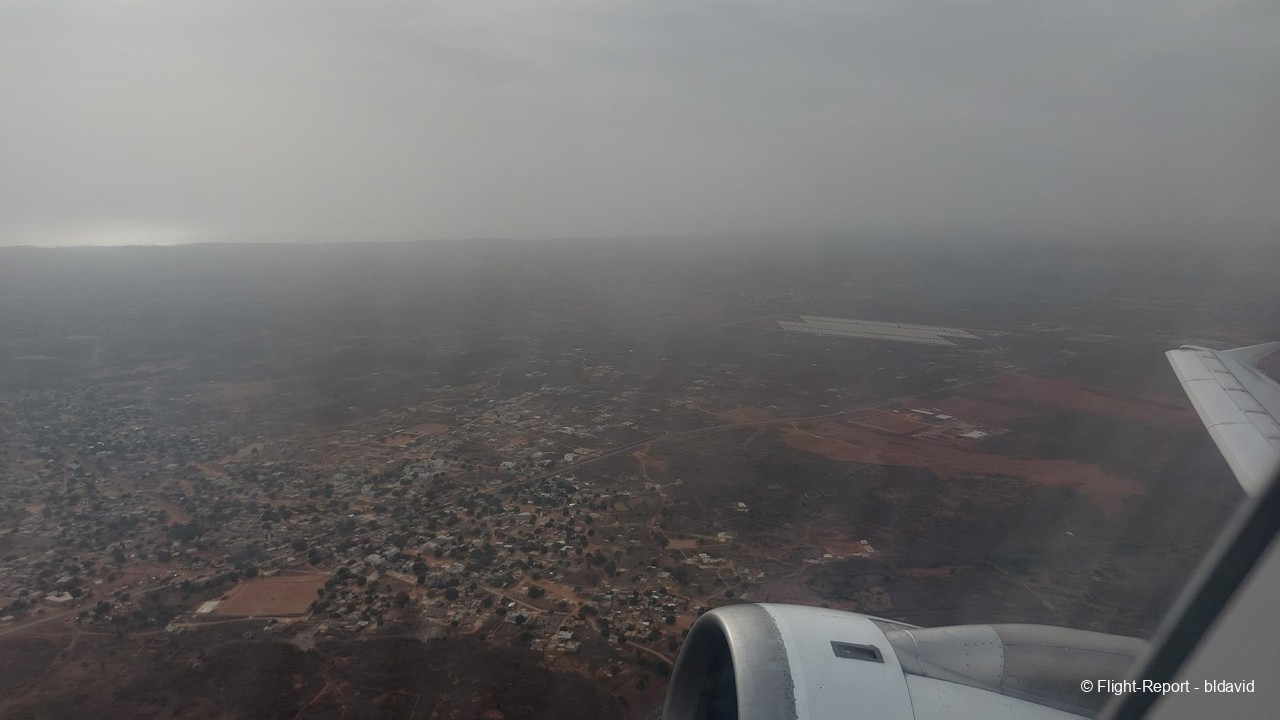 We were flying along the Senegalese shoreline for a few minutes.

Start of descent was only about 8 minutes after take-off. There was obviously no service during this short flight; the seatbelt sign was on all the time.

The views of the Gambian countryside before landing: 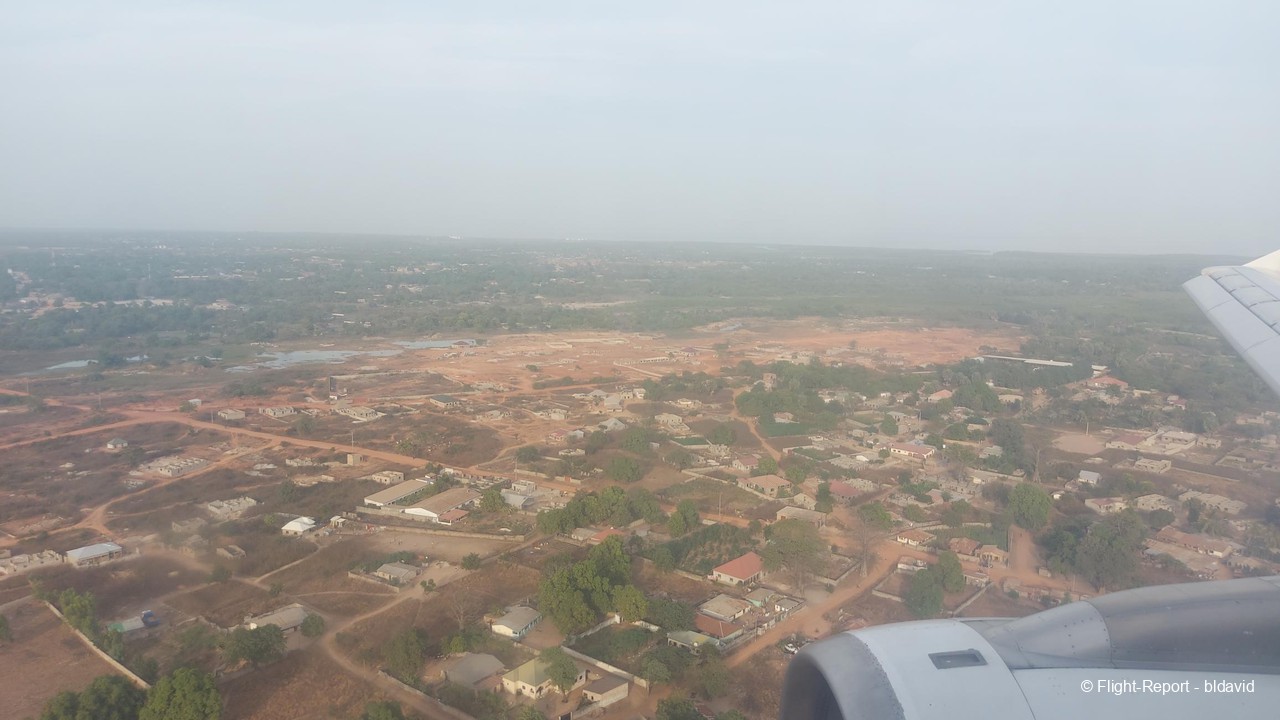 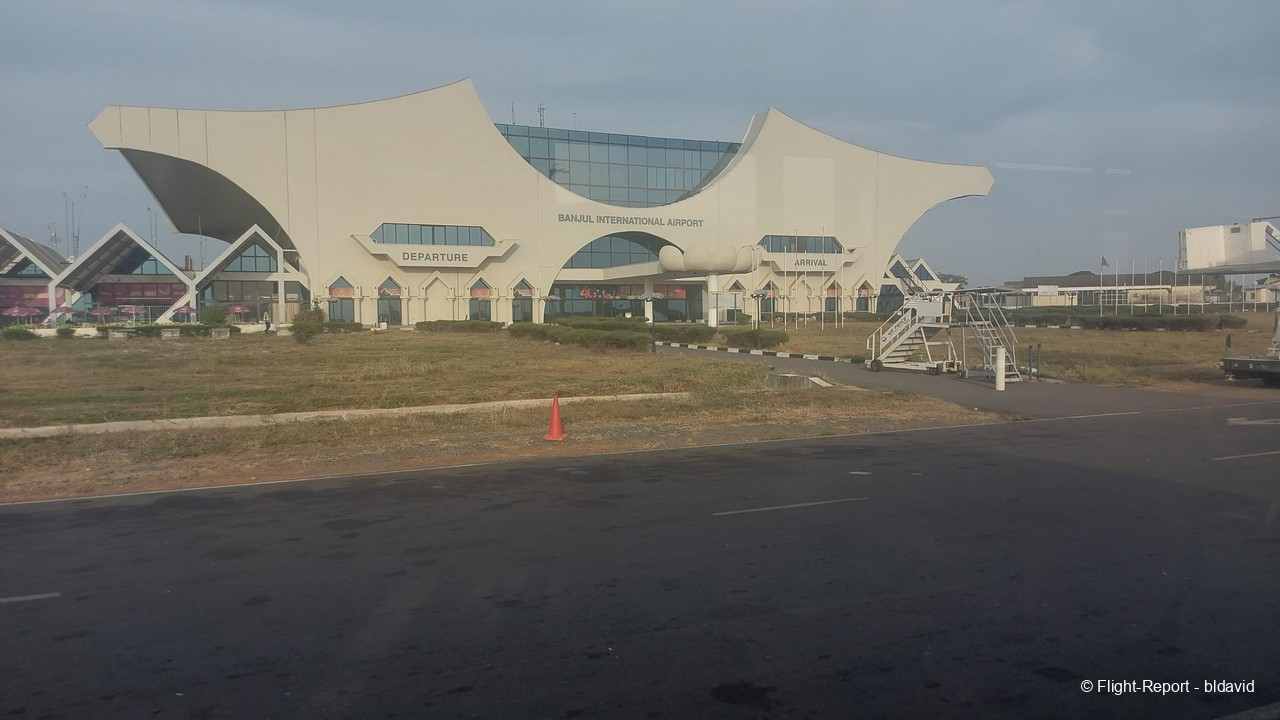 The airport is called Banjul Airport but the actual distance from the capital city is 26 kms.

The plane continued to Freetown in Sierra Leone.

The steps to be done when you arrive to the Gambia: fill out the arrival form (have a pen ready); pay 20 £ or 20 $ or 20 € in cash as an arrival Airport Security Fee; pass immigration. The whole procedure should take about 15 minutes.

Everybody - cashier, soldier, immigration officer – were all very friendly.

The Gambia is the smallest country on the African mainland. Banjul is the capital city with a population of only about 31,000. About ten times more people live in the suburbs.

The country has made some progress both in politics and economy in recent years. Former dictator Yahya Jammeh was replaced by the more democratic Adama Barrow after the 2016 December elections. The standard of living is lower than in Senegal, although there’s a small lower middle class in the Gambia as well. The economy is strongly based in tourism. Most tourists come from the UK and the Netherlands. 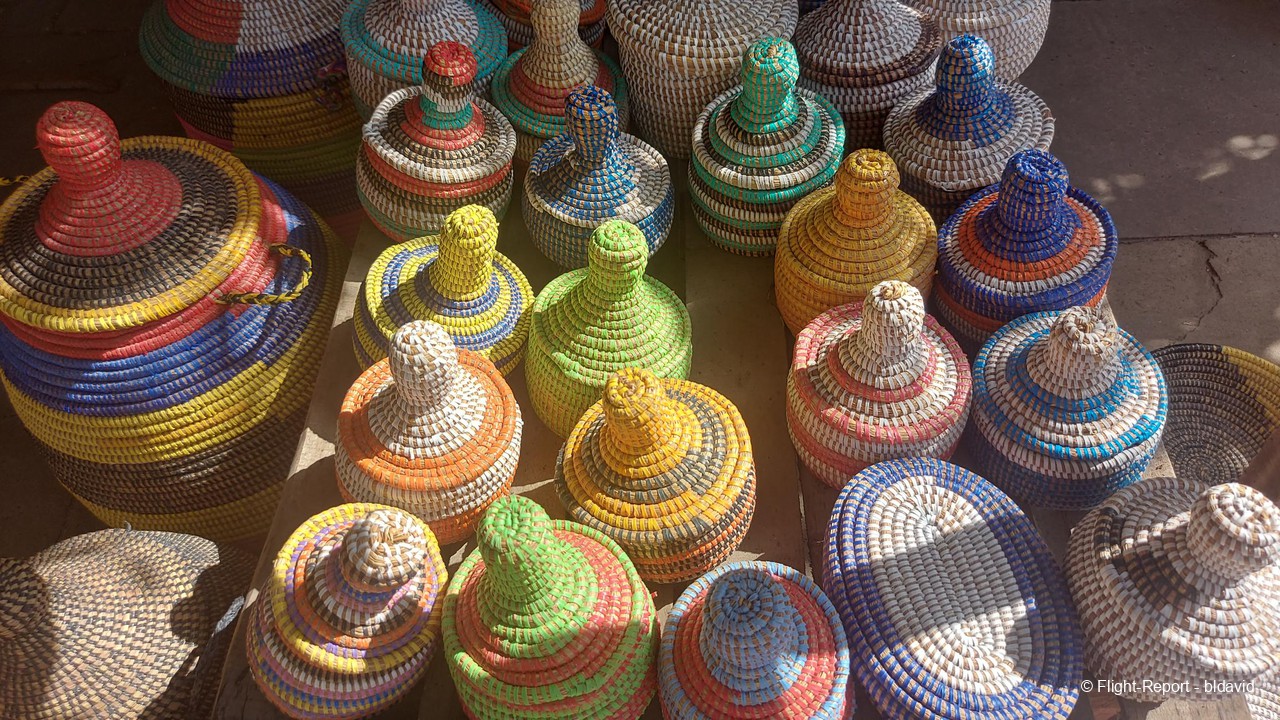 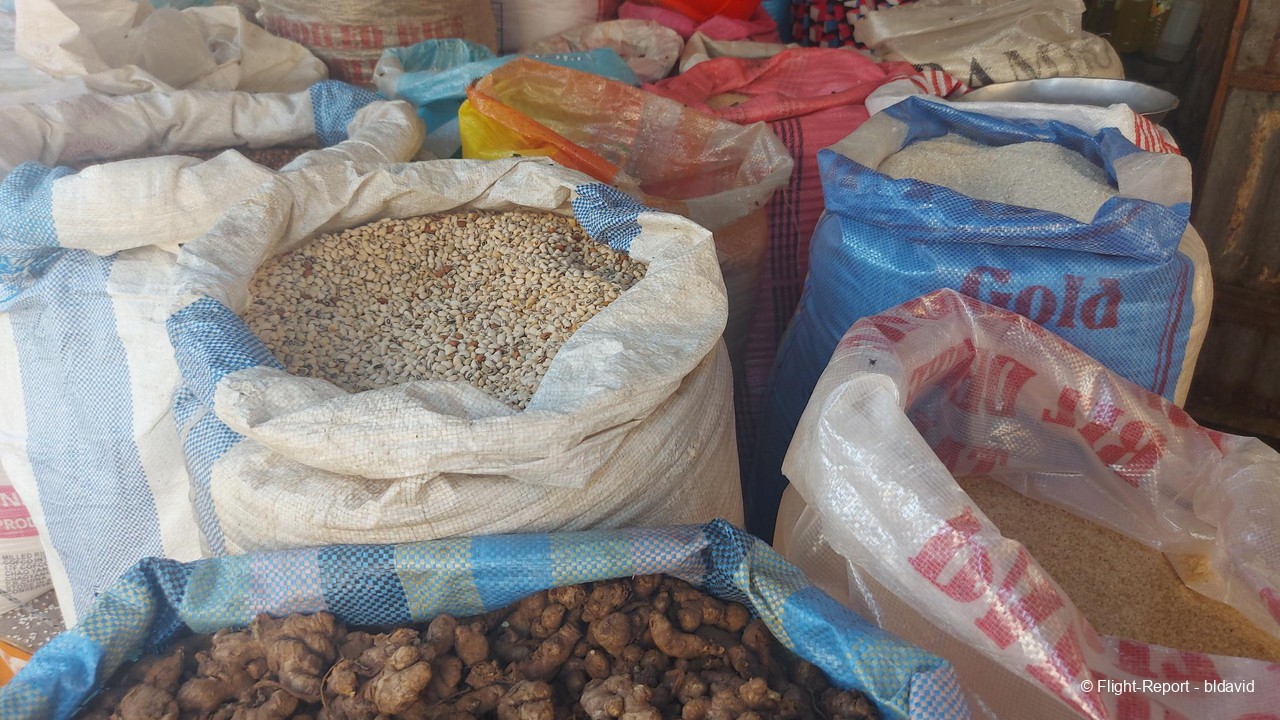 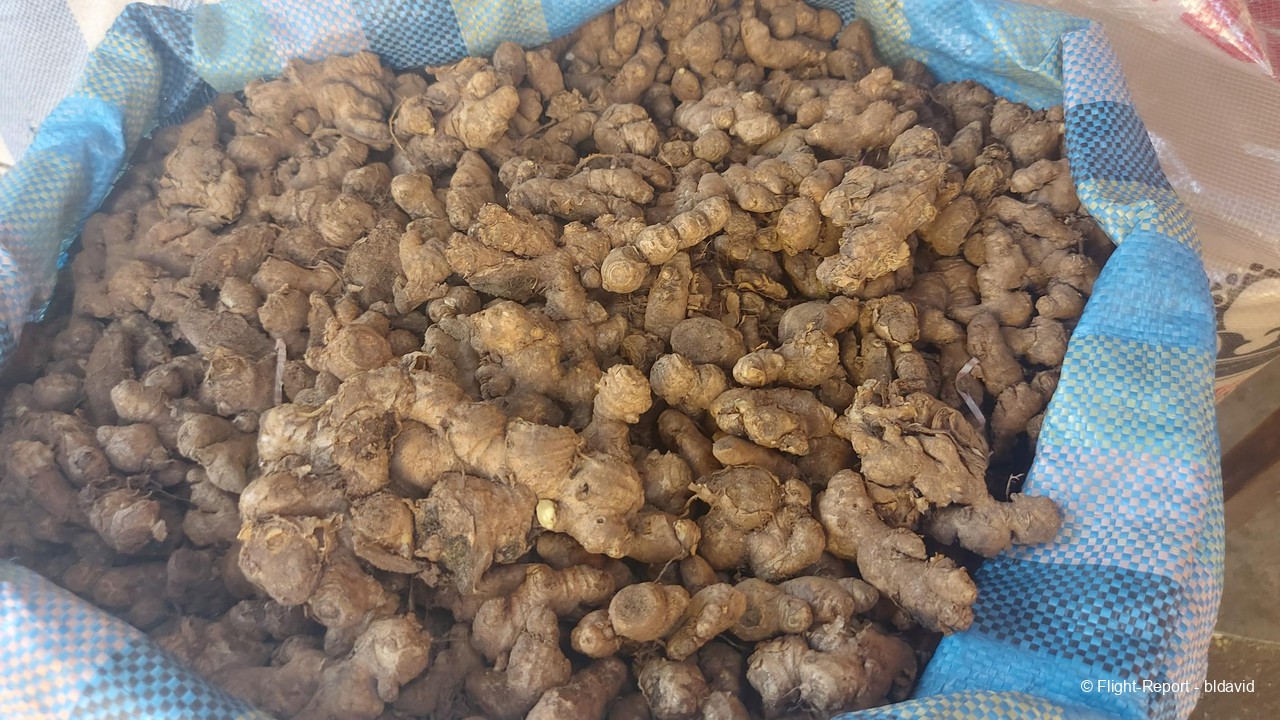 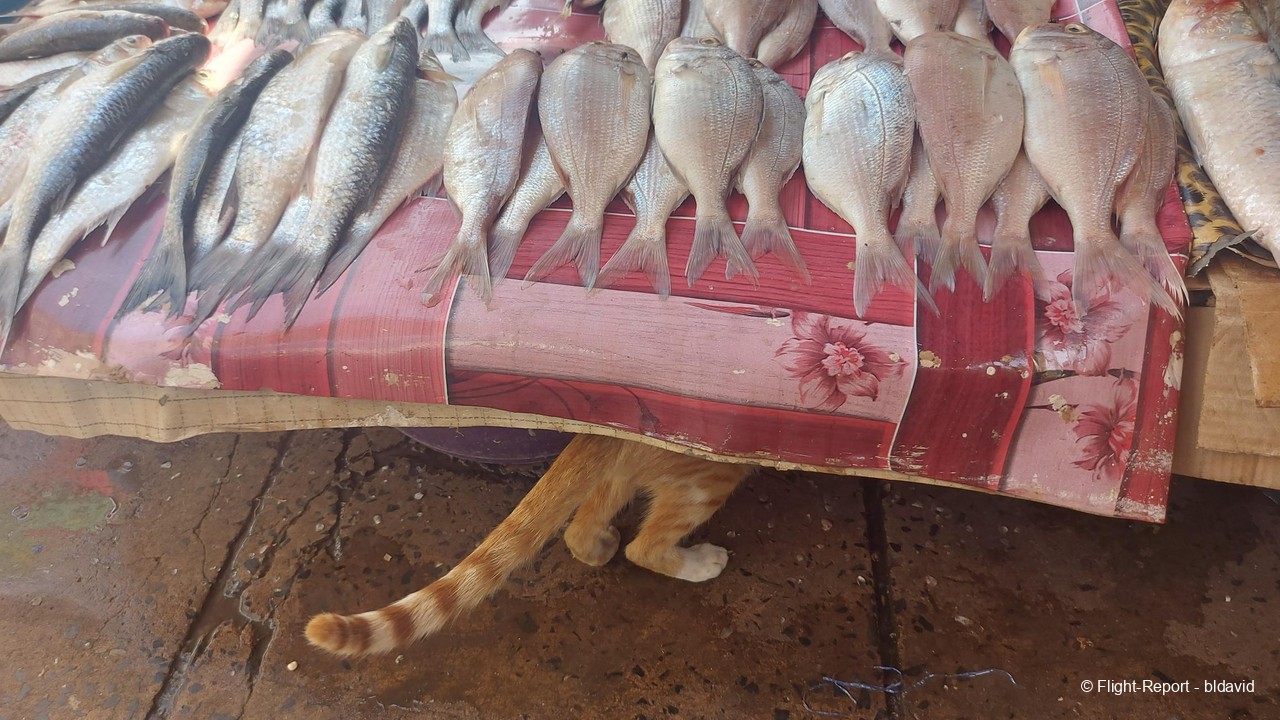 There are some landmark buildings such as the National Assembly. 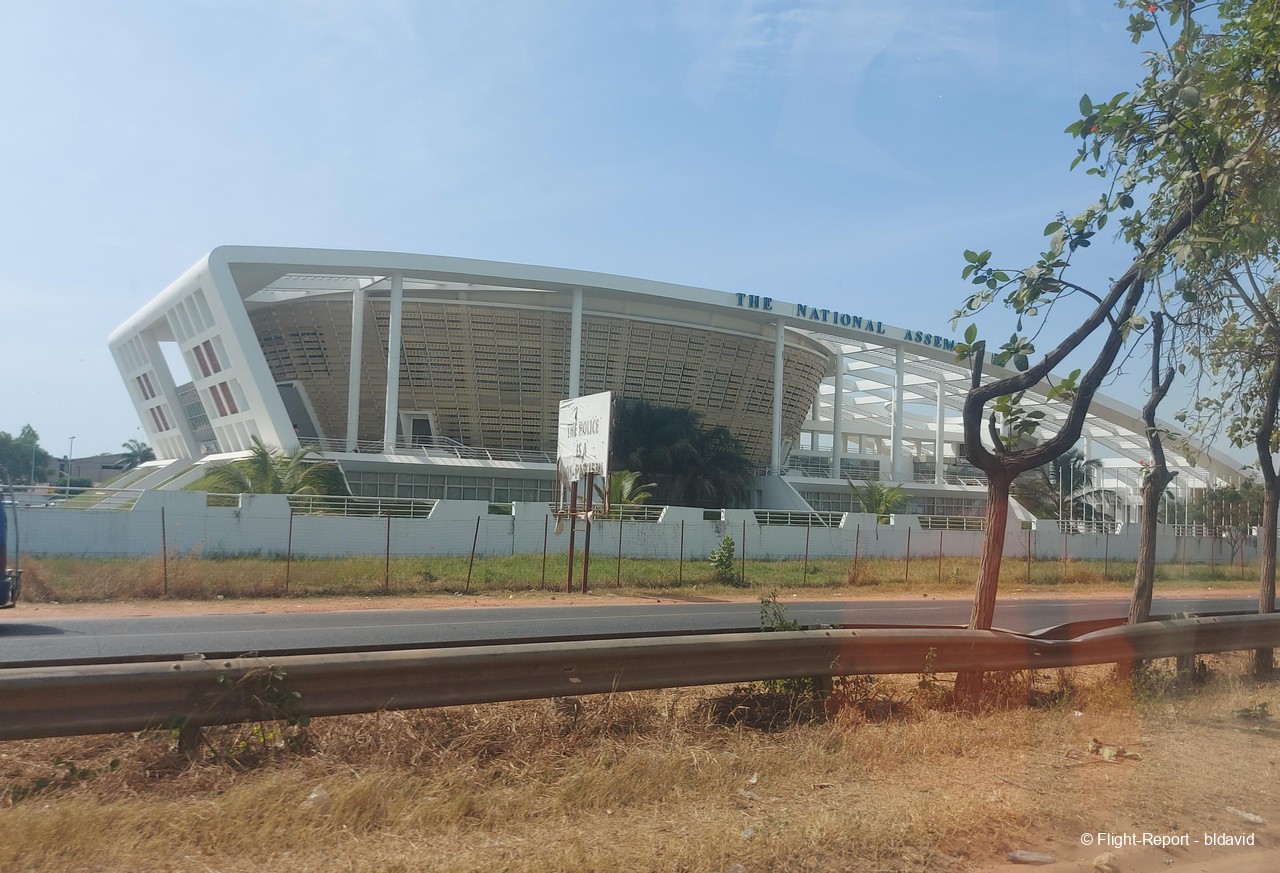 Paradise Beach is popular both among tourists… 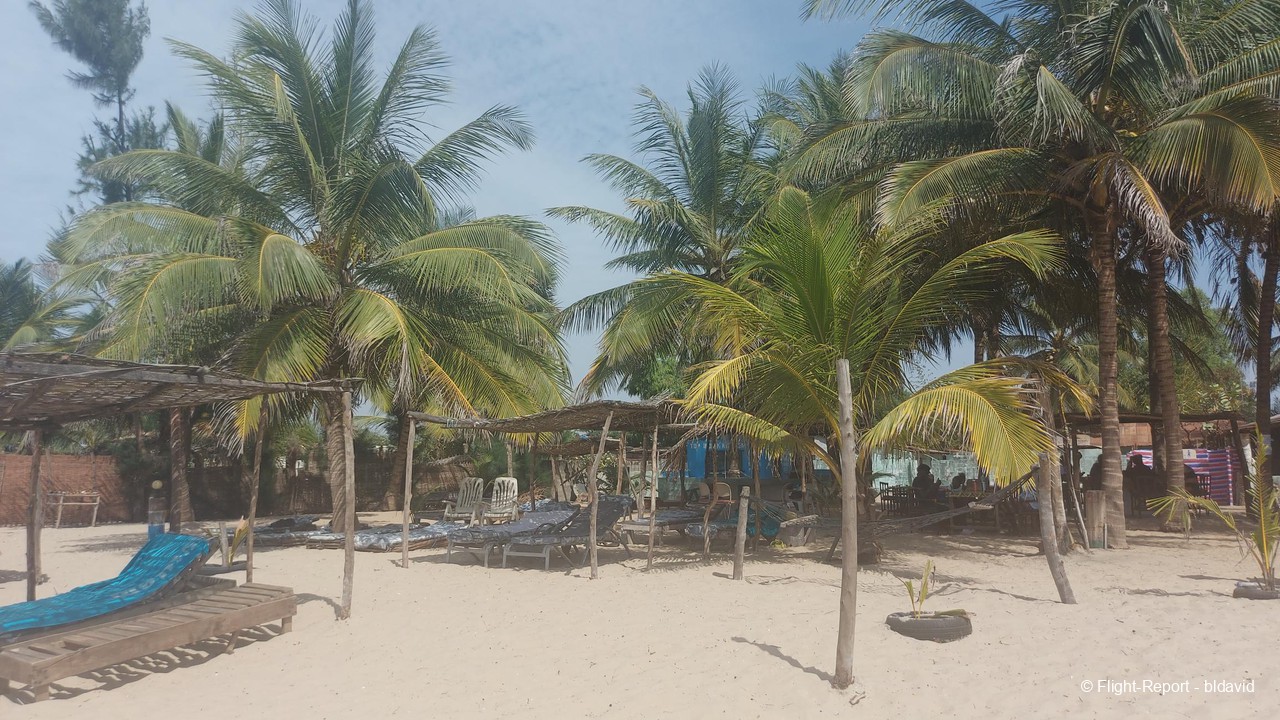 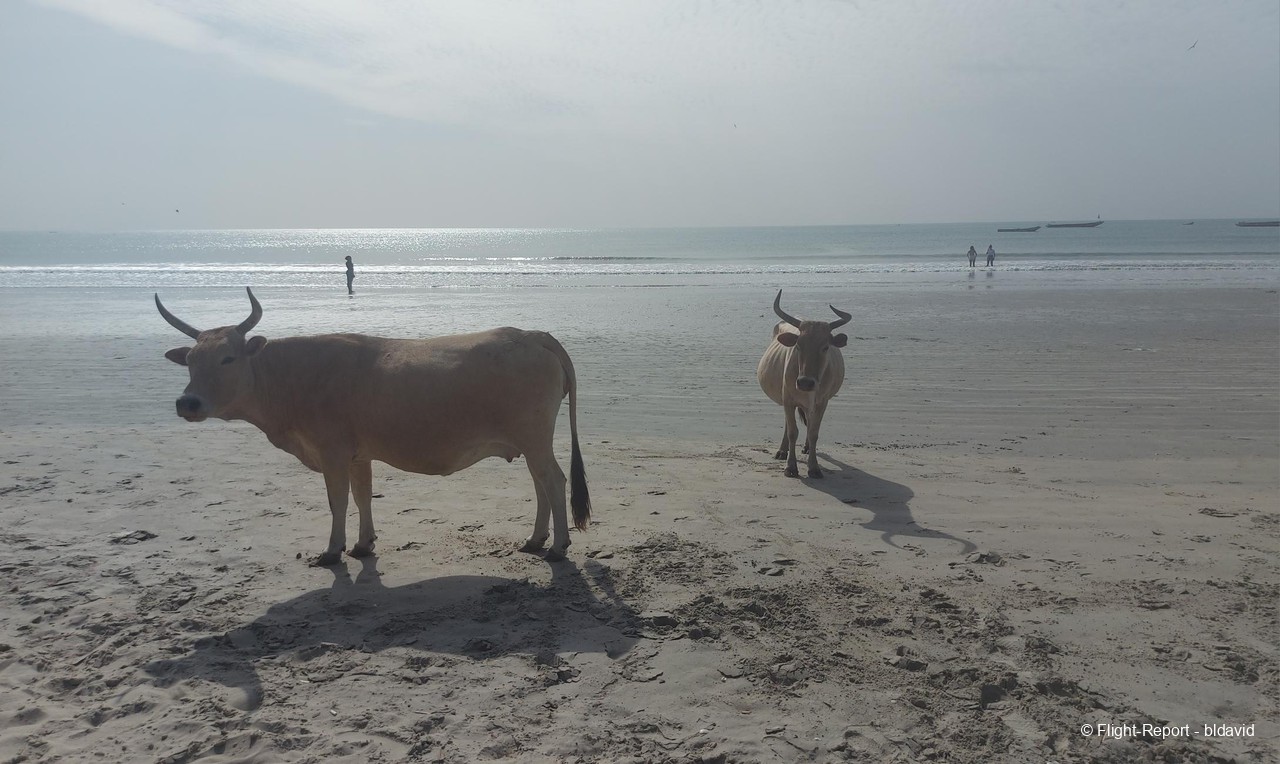 Fishing is an important activity. 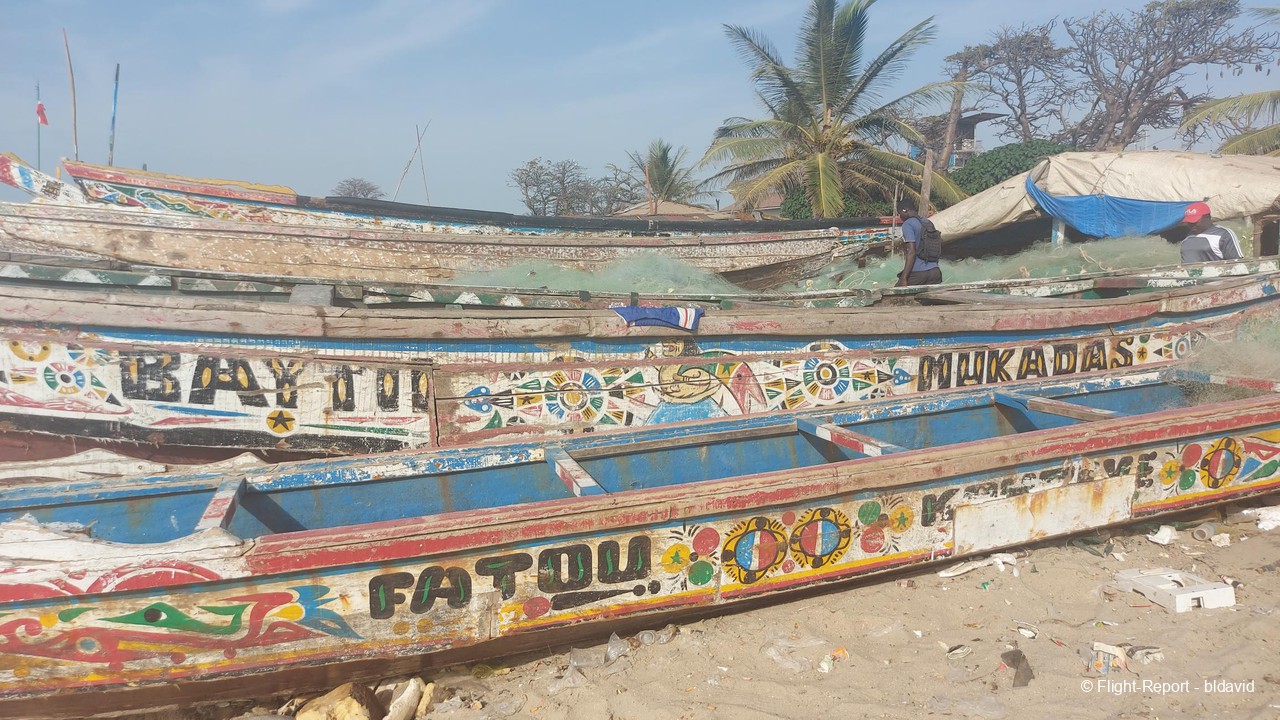 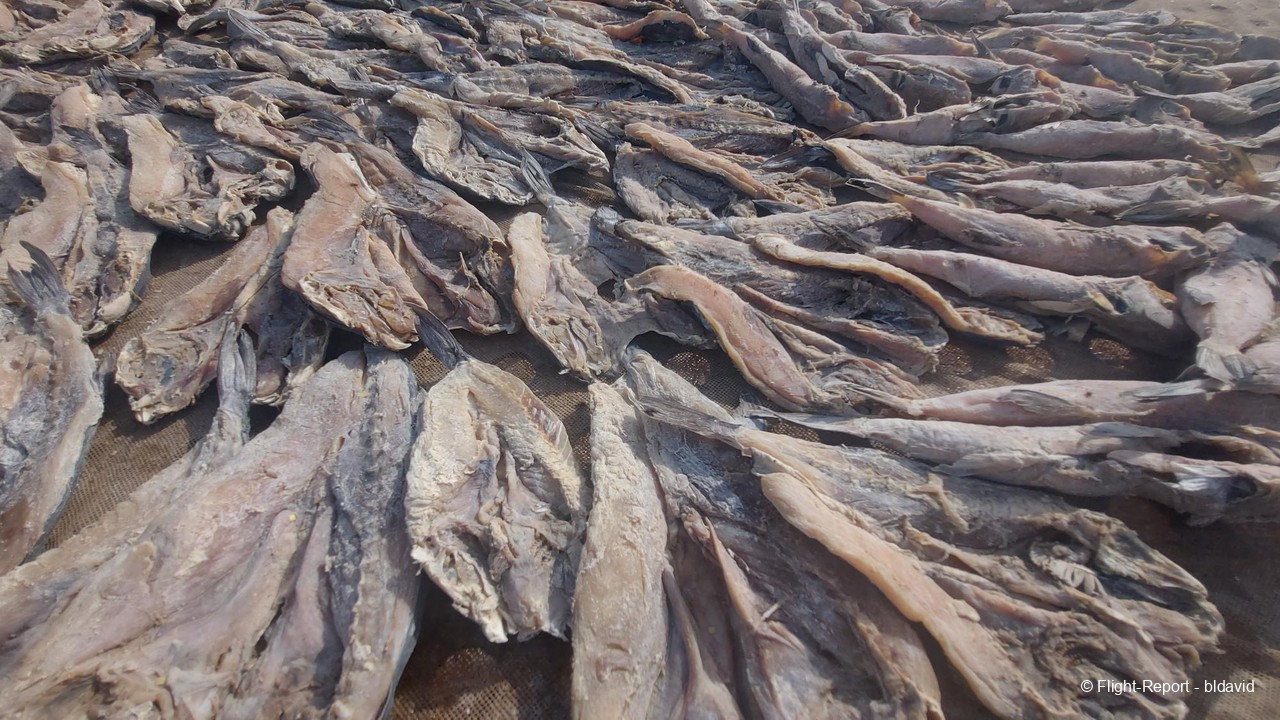 Dakar Airport is not very big but nice, modern, spacious and easy-to-use. I was surprised that the flight was not operated by Air Sénégal. It was a very short flight so this was not really an issue. Arrival to Banjul was a nice experience with friendly staff.