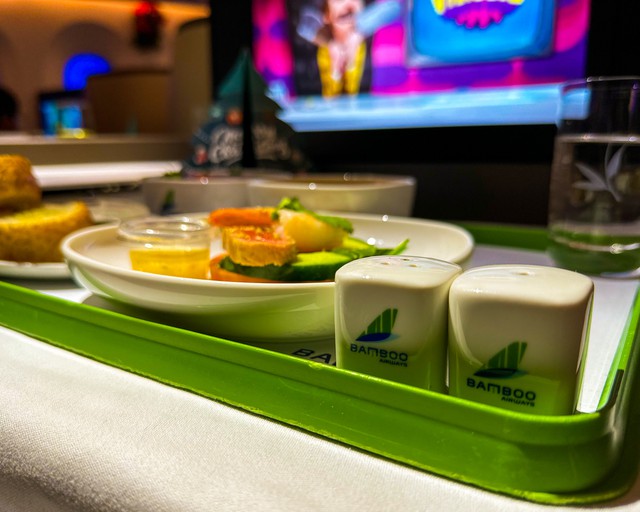 Hello, long time viewer and first time poster.
In this trip report, we will share our trip on Bamboo airways long haul flight from Australia to Asia. This trip to South East Asia took place during Christmas/NY break.  While looking for our options to get there, we realised that Air Canada signed up Bamboo as their partner and we found some last minute reward seats on SYD-SGN (Christmas eve reward seat!) 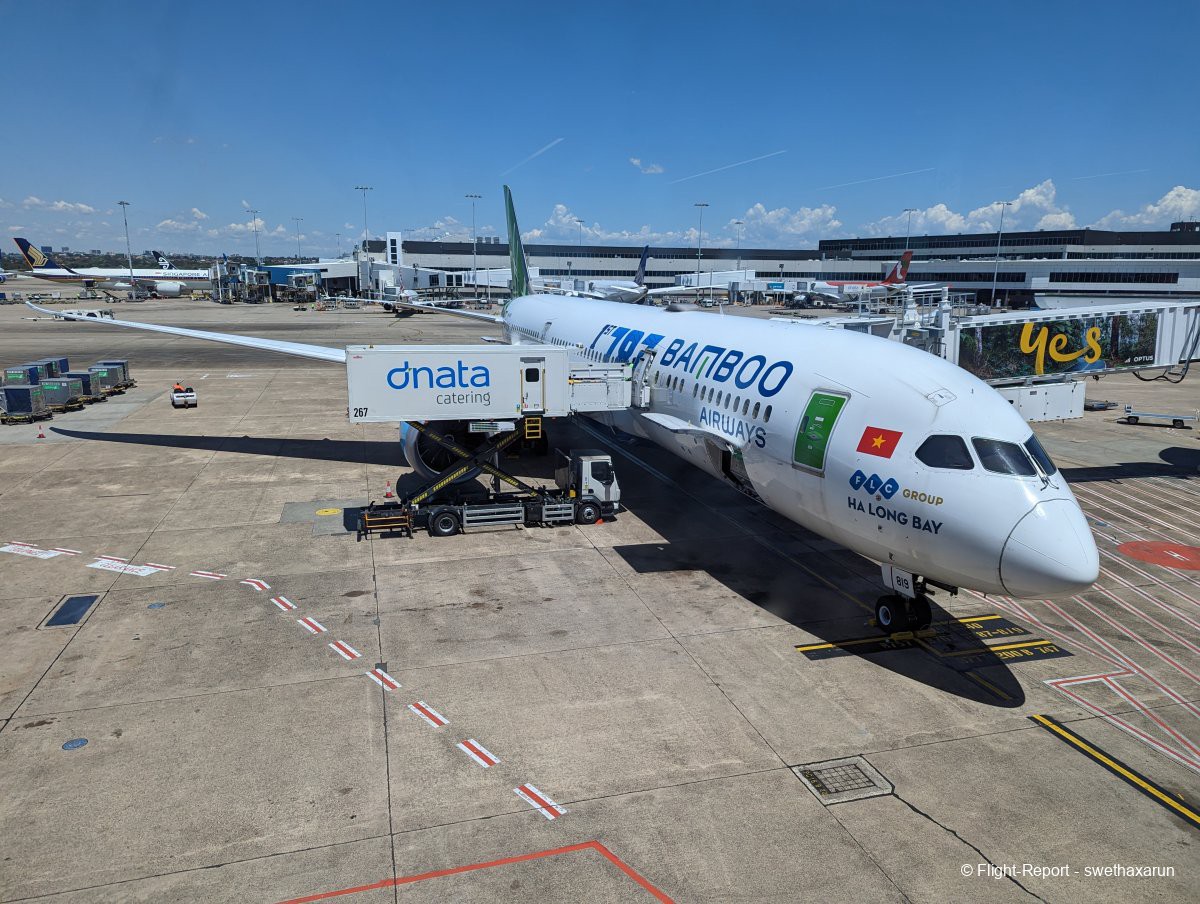 To start with, Bamboo don't let you do seat selection online on Aeroplan bookings. And, it is not possible to do online check in on international flights. Flight was delayed by 2 hours due to the late arrival of the aircraft into Sydney. This is looking like a patchy start.
We got to the check in counter 3 hours before the scheduled time (5 hours before the departure time) to try and get seat selection done. They have a separate priority line for business and their elite guests, which was good and enforced. The flight was full as expected and the system assigned us to random middle seats. Note: Bamboo gives a generous 65kg!!! of checked baggage each in business class to/from Australia and Europe. 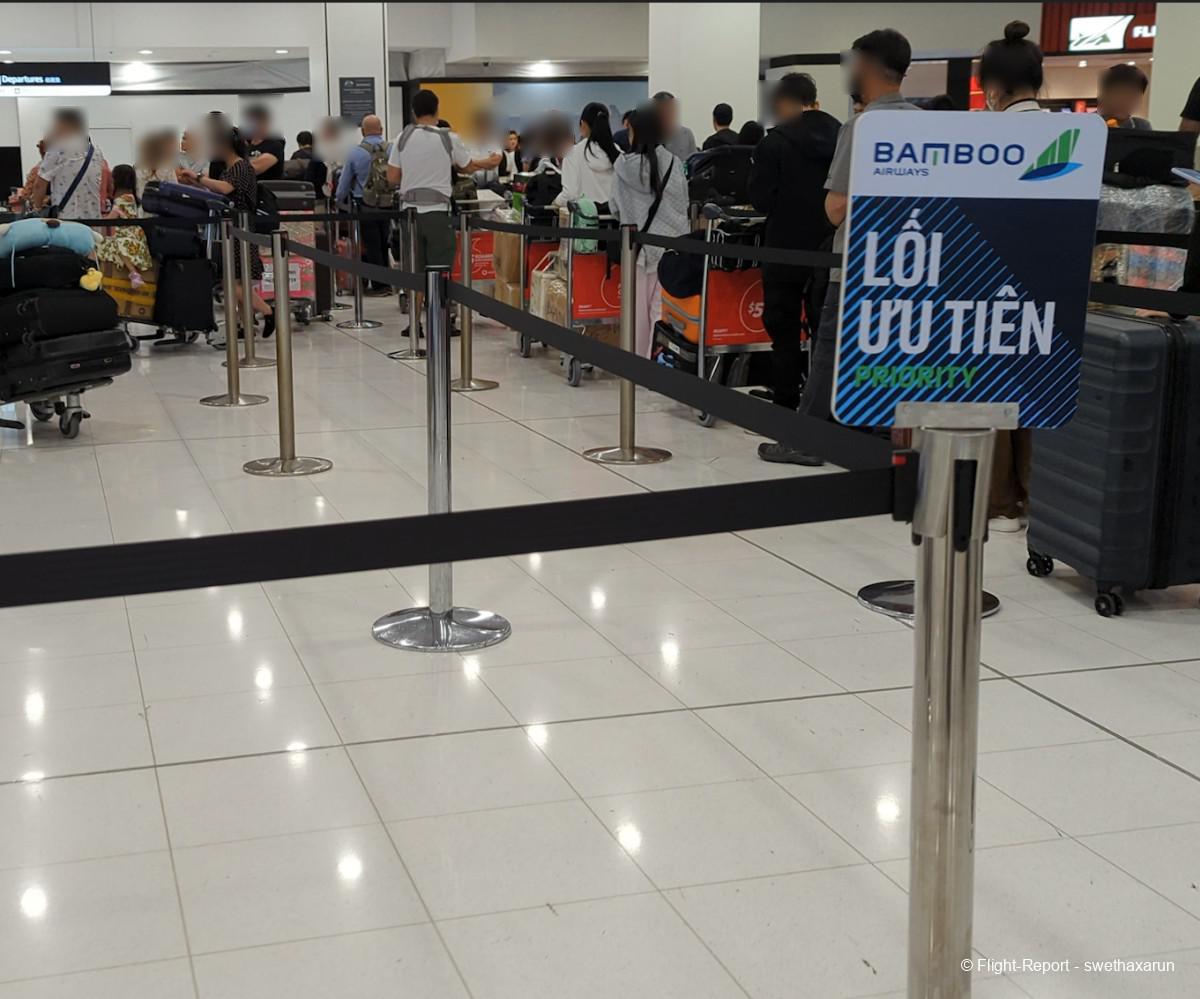 The lounge used in Sydney in Plaza premium which is actually the Skyteam lounge and it was pretty cool.
The lounge food was not that great. They were about to change from breakfast to lunch, so not quite the ideal time to visit. The lounge is pretty good for plane spotting. 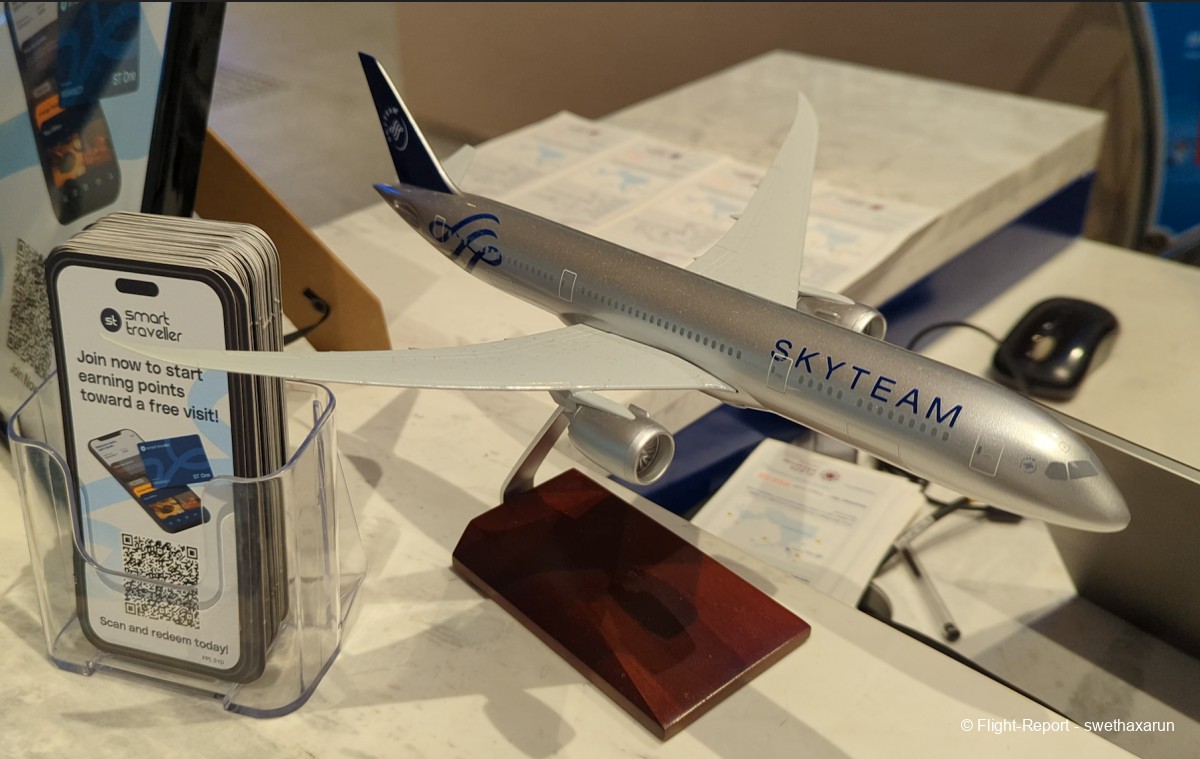 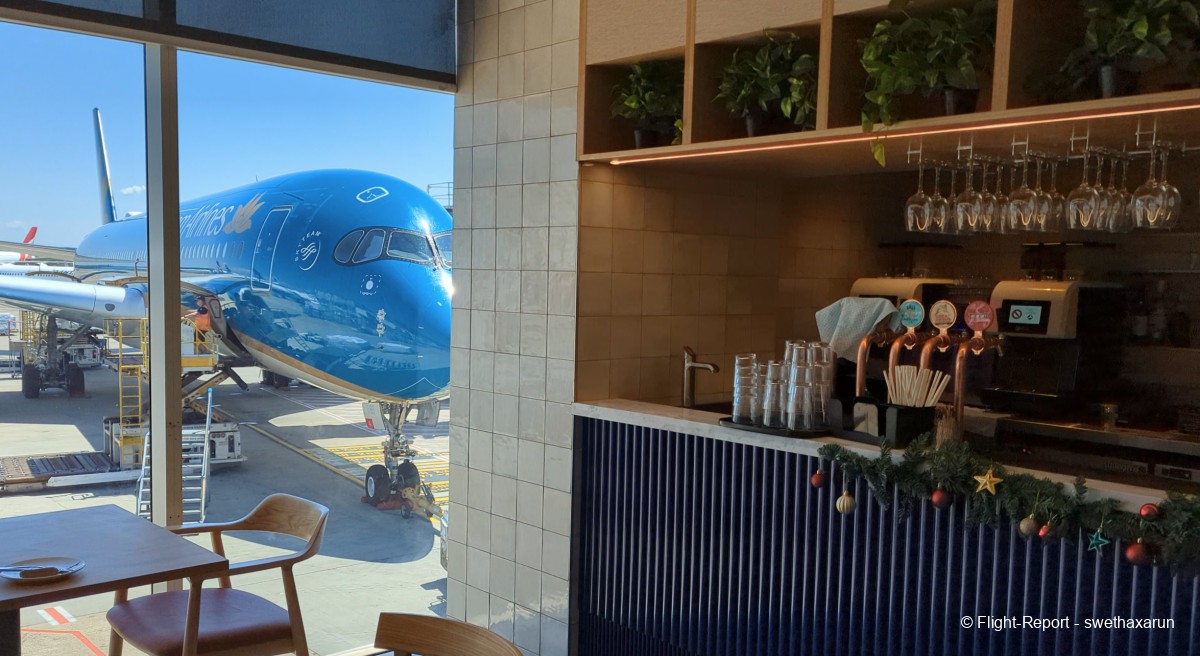 Next up is boarding time and here is a look at the Bamboo 787. It is their first 787 and named "Halong Bay"
Out of the 3 787s that Bamboo has, two are ex-Hainan and this is also one of them. Seat is a reverse herringbone configuration.
There is a smaller storage on the left with the essential ports and TV remote and a bigger storage on the right (also serves as arm rest).
Some pictures of the seat. 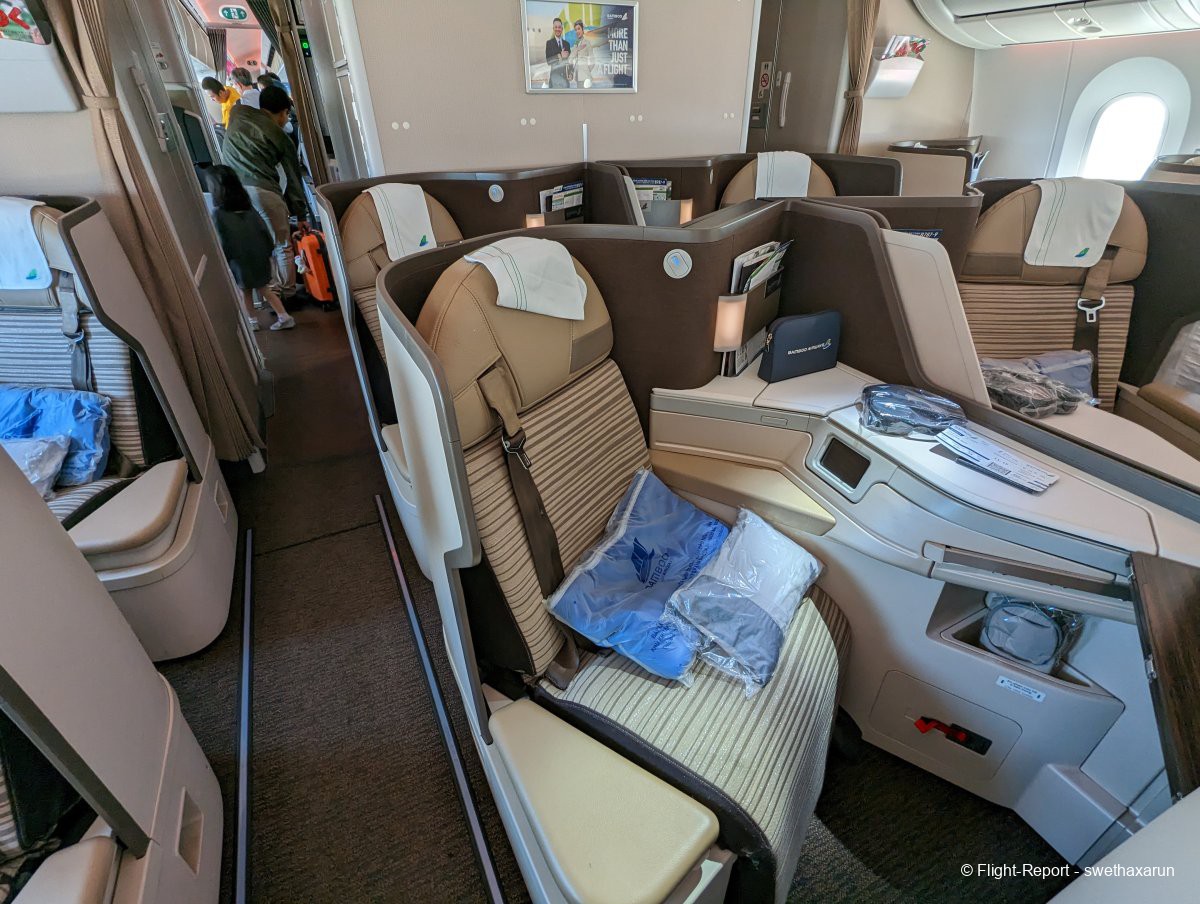 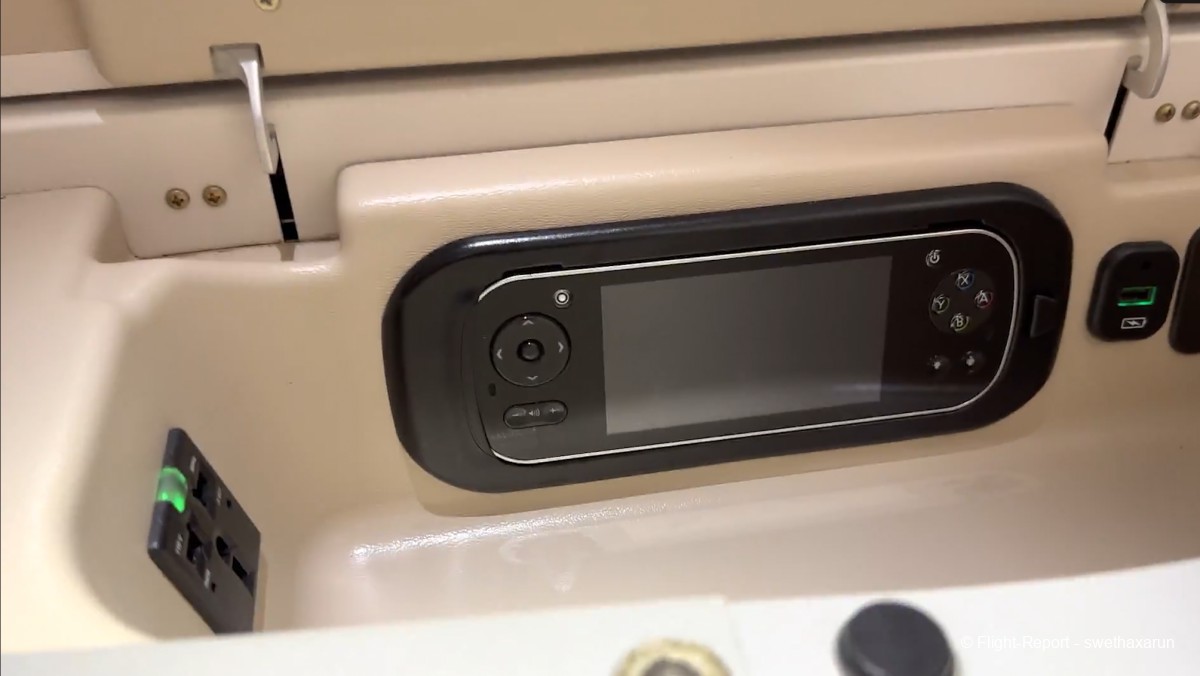 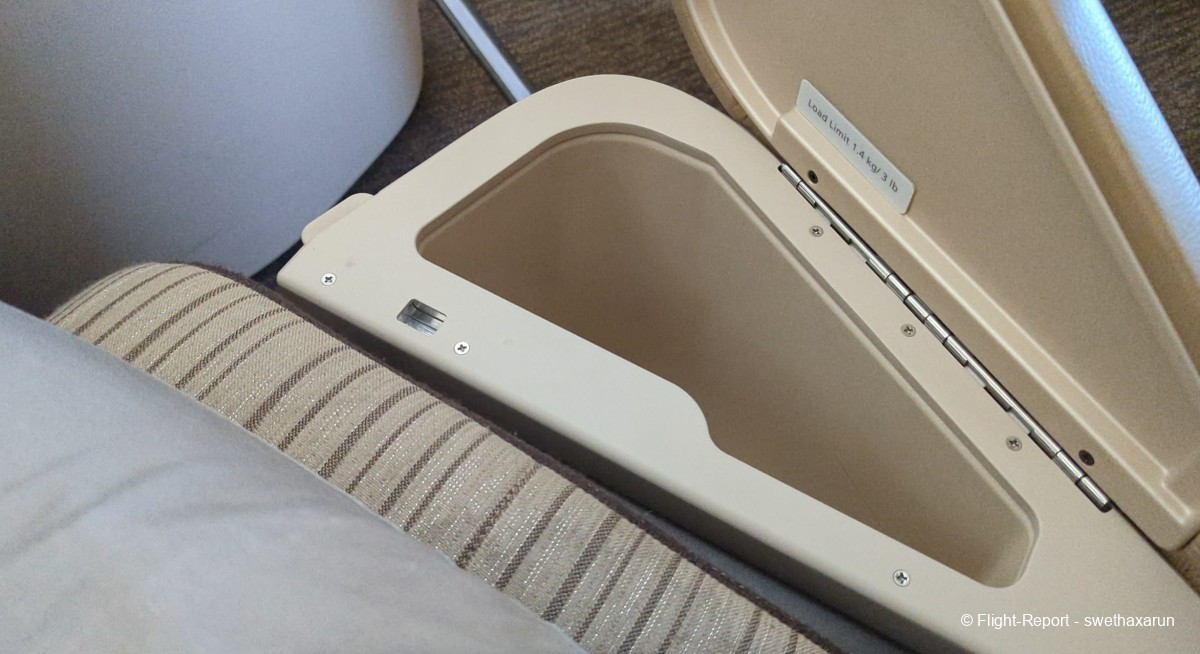 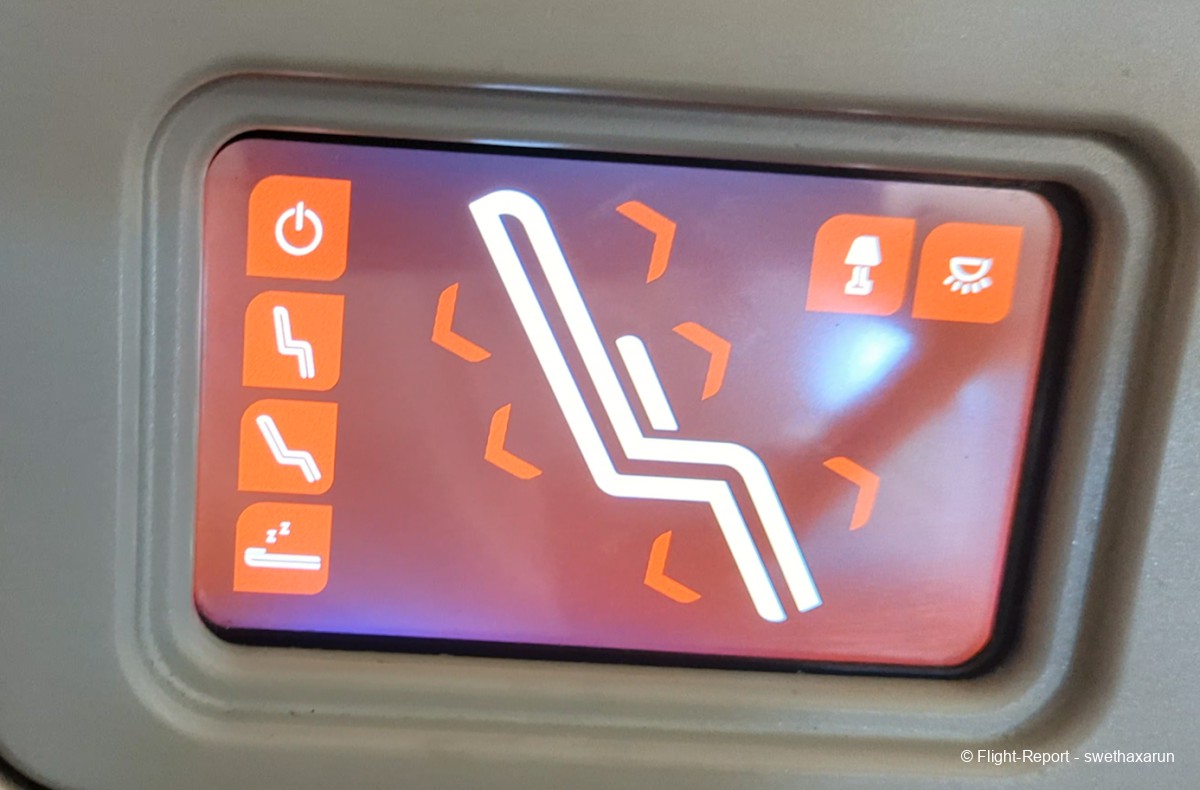 Entertainment screen is decent and touch screen or control via remote, but content is very limited. You might want to bring you own.
The headphones provided were poor, no NC.
No WIFI on this aircraft either. I don't think actually any of their aircraft has WIFI 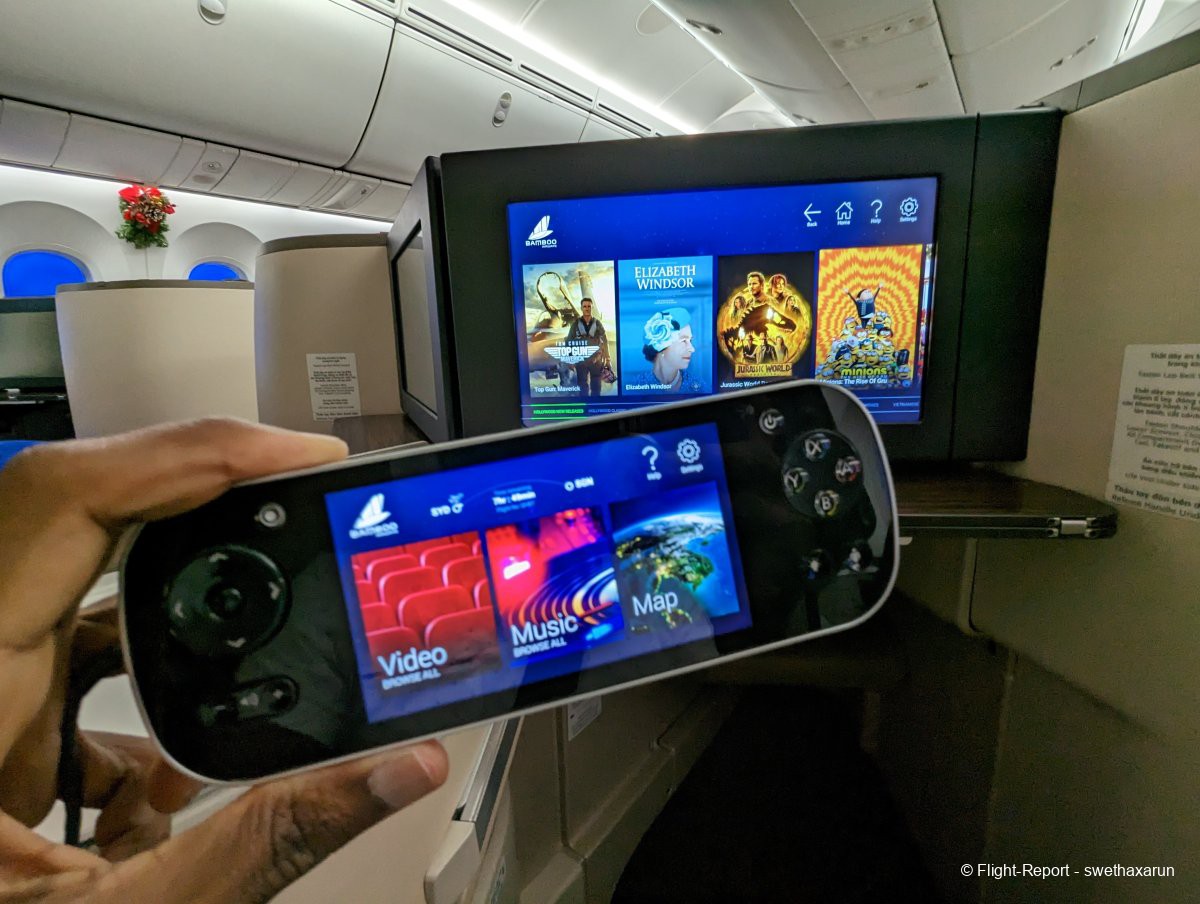 Menus are digital and shown by the crew on a tablet. Not big on alcohol, but I realised they only had 2 whites and 2 reds. 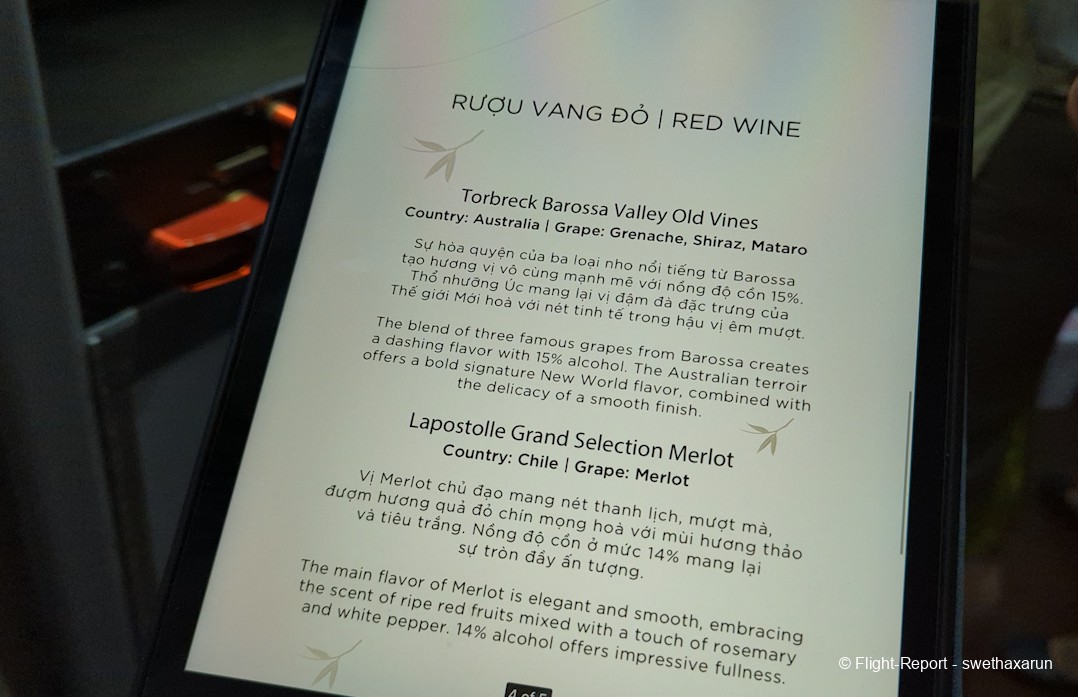 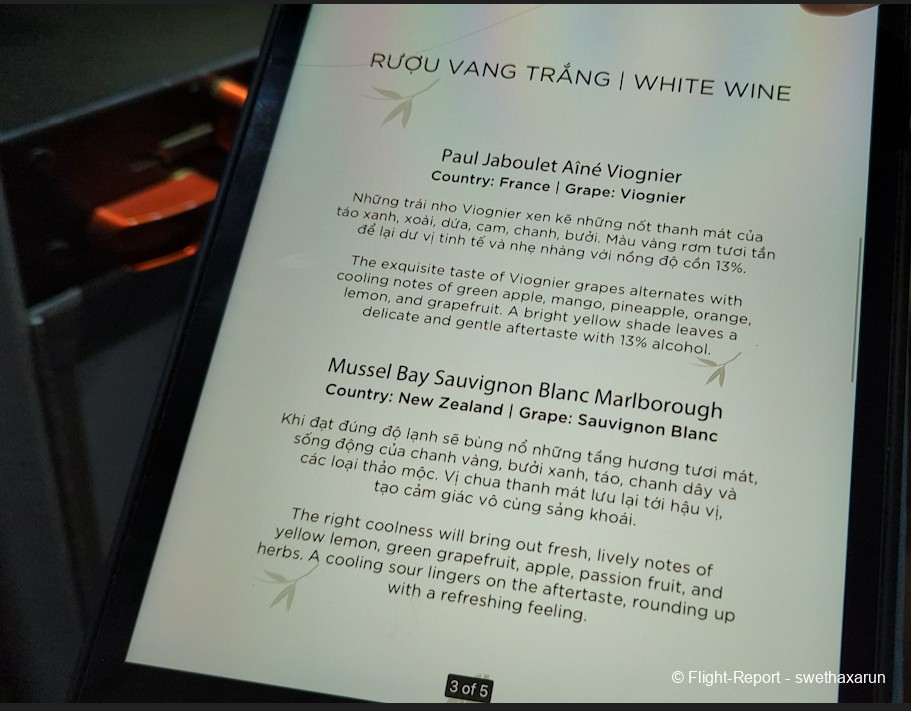 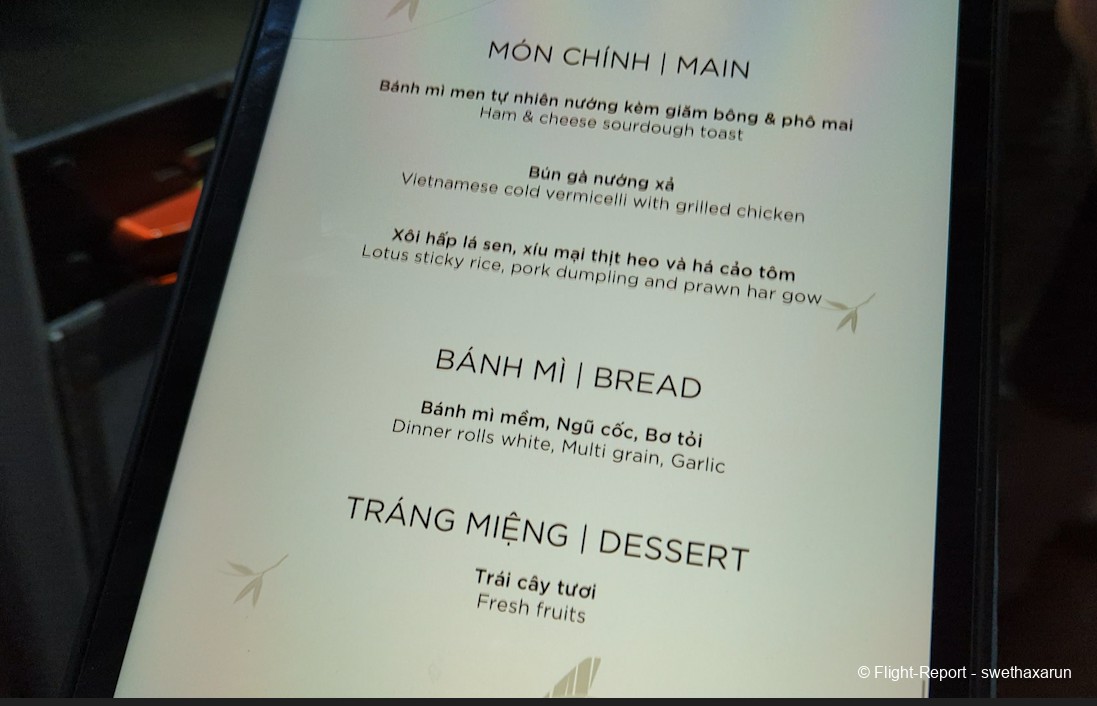 Some pictures of the food. They really like their branding. 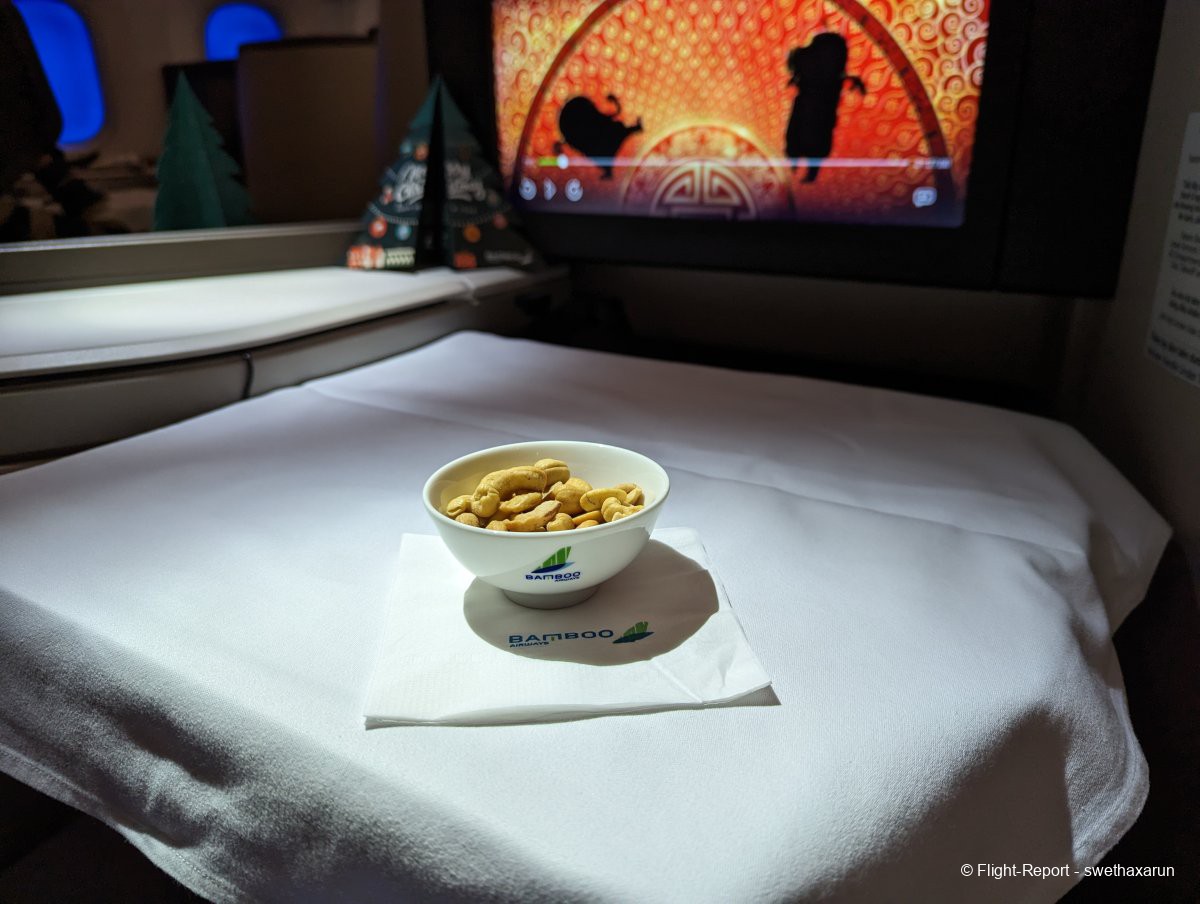 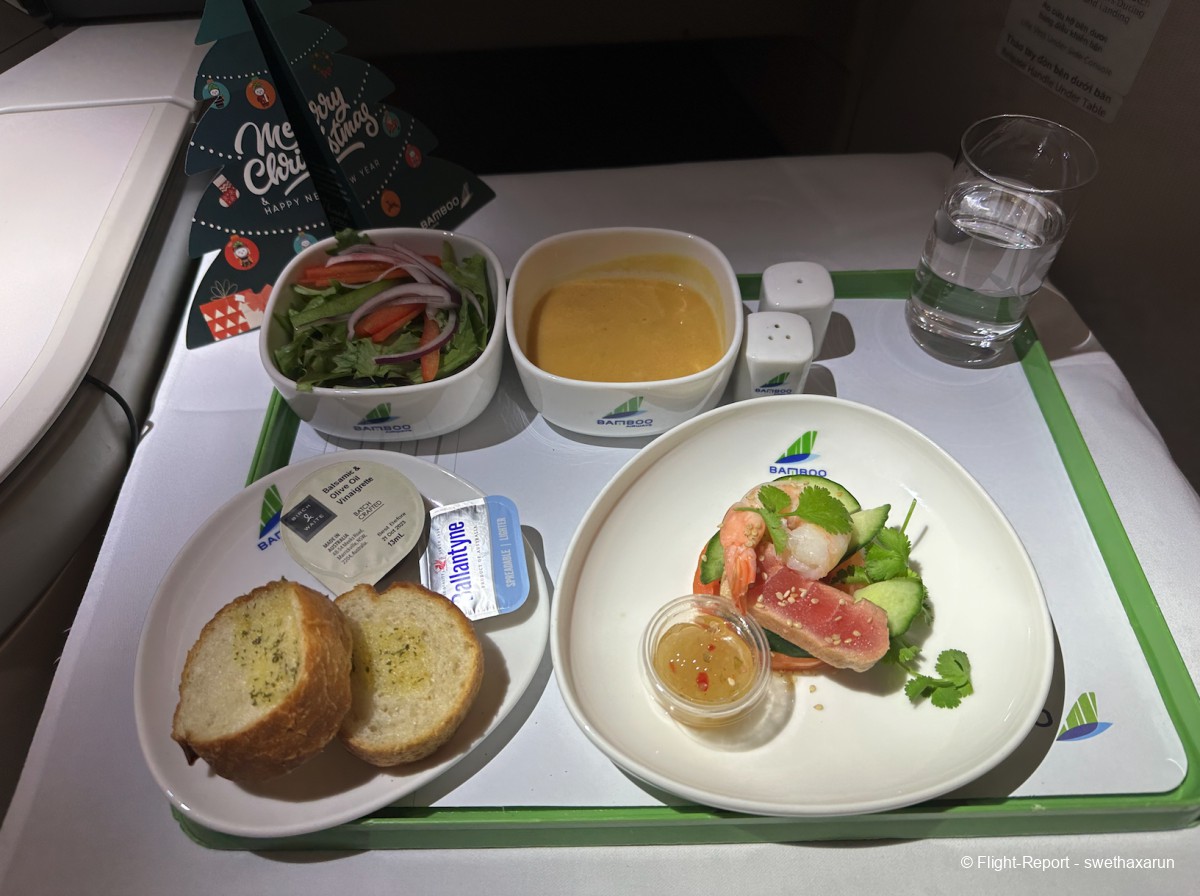 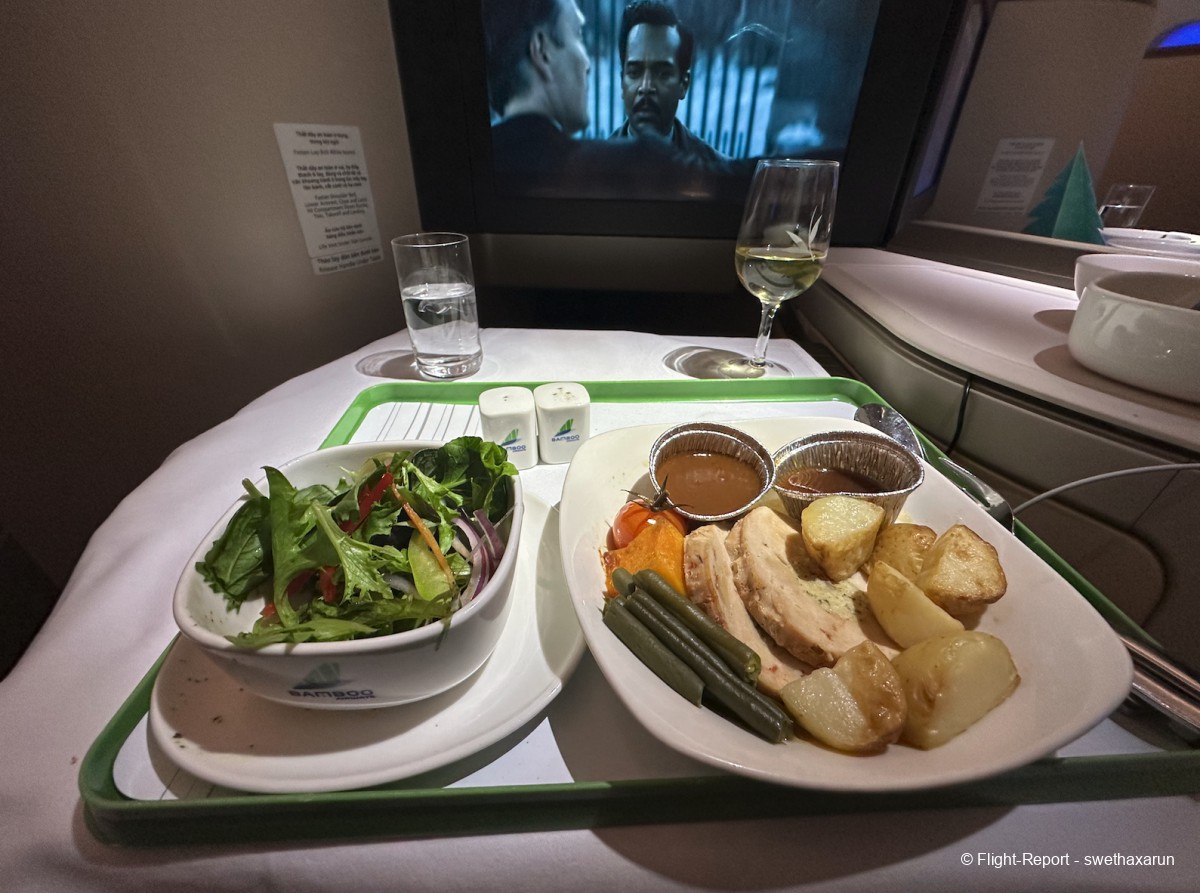 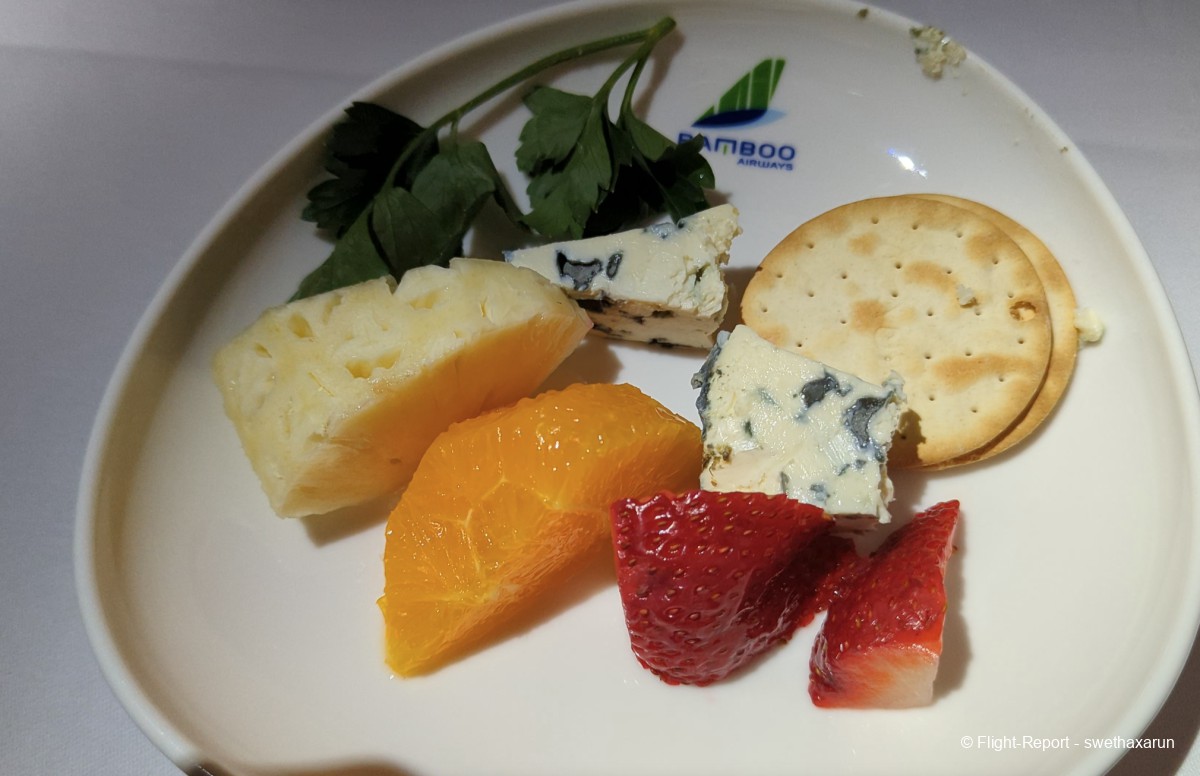 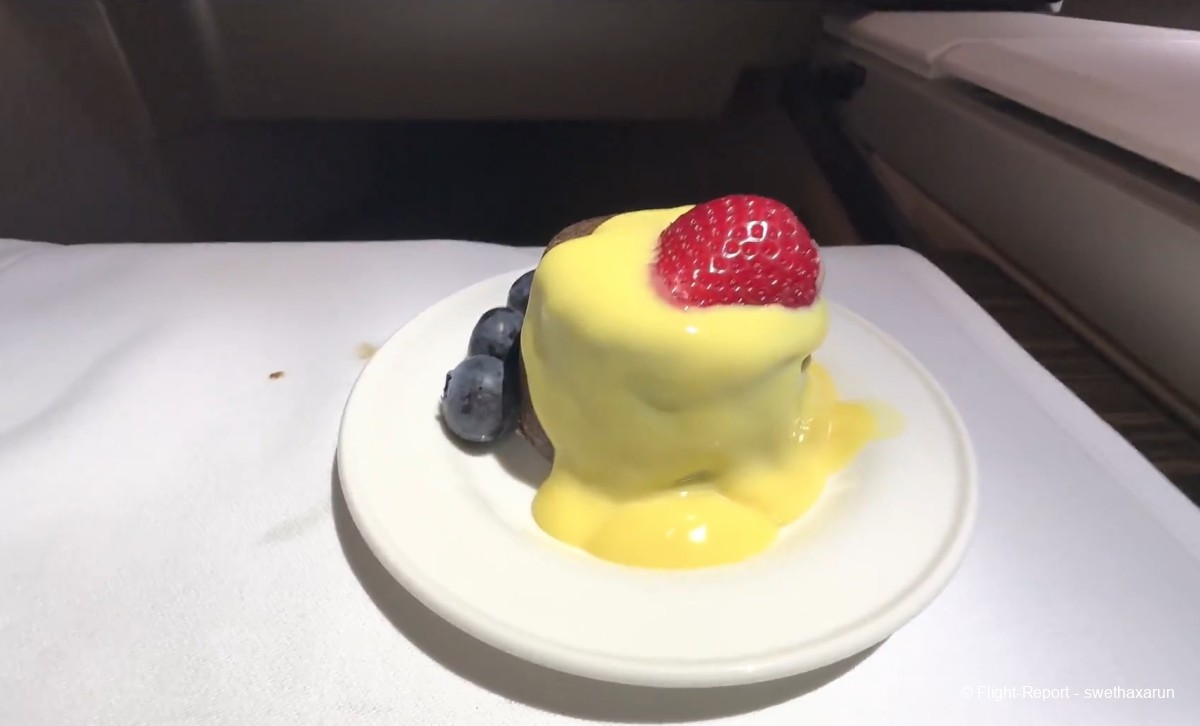 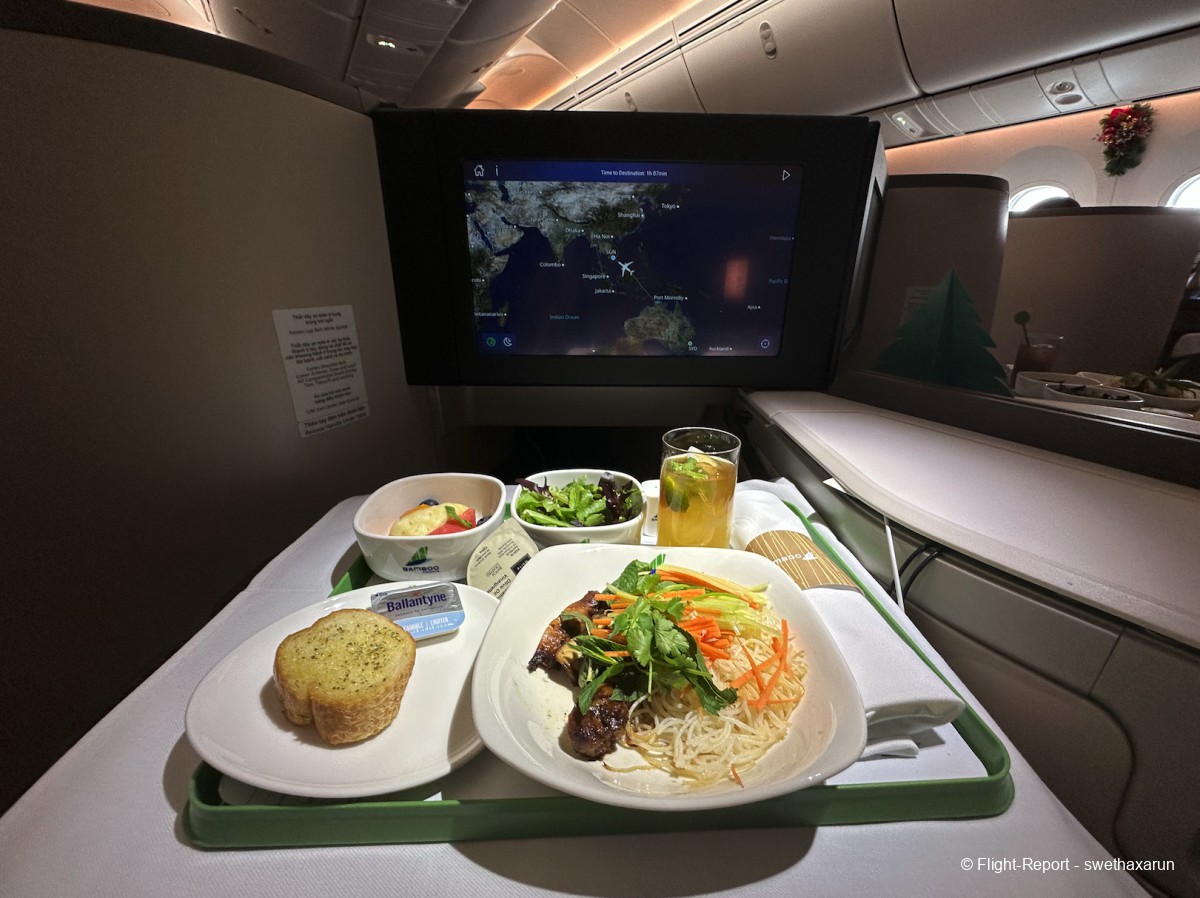 No fancy brands, but lots of useful stuff in the distinctly branded amenity kit 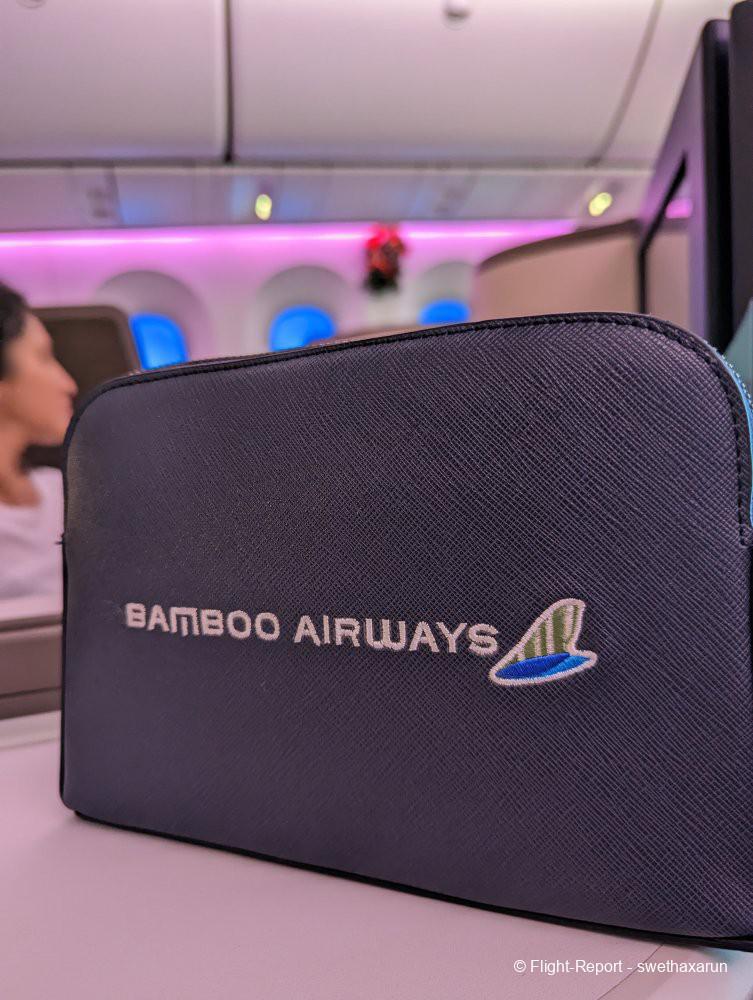 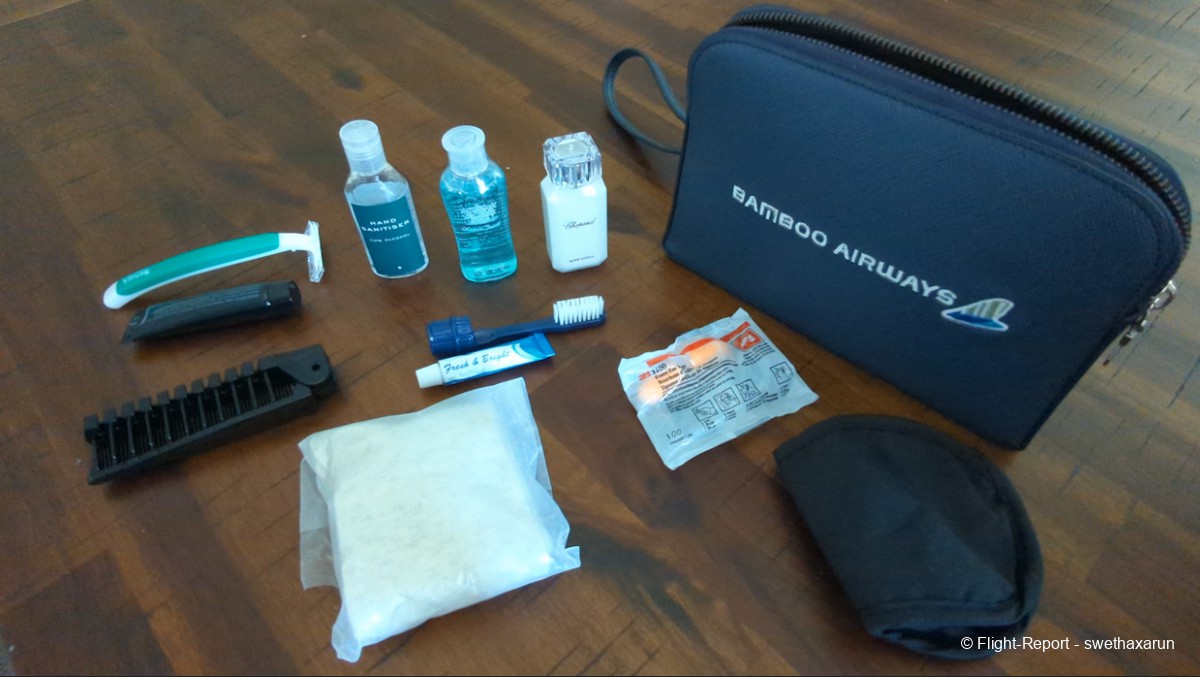 Overall, pretty good considering everything including the cost and the nature of the trip. The crew were attentive and excellent.

Some points to note.
1. They wouldnt let us pre-select seats on Aeroplan bookings. I notice the option when booking a flight on their website, but once we booked ours through Aeroplan it was not possible.
2. It is not possible to do internet checking (and select seats) for international bookings.
3. They has only 3 787-9s in their fleet and they fly long haul to several cities, so it is a bit of a tight operation and our flight was delayed by 2.5 hours due to late arrival of the aircraft from FRA.