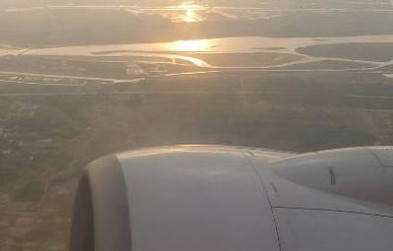 Who ever heard of the Chinese province of Ningxia, which is dealt with in ten pages in my 1,033 page Lonely Planet tour book? Located in an oasis in desert territory with a rather hostile weather, Yinchuan is definitely off the beaten track.

The purpose of this detour on a business trip to Xi'an were the ruins of the mysterious Western Xia civilization annihilated in 1227 by the Mongols under orders of Genghis Khan, in what may be the first historically recorded ethnocide.

These dried earth pyramids stand in the desert. There are only a handful of visitors, and no public transportation to these archeological sites. 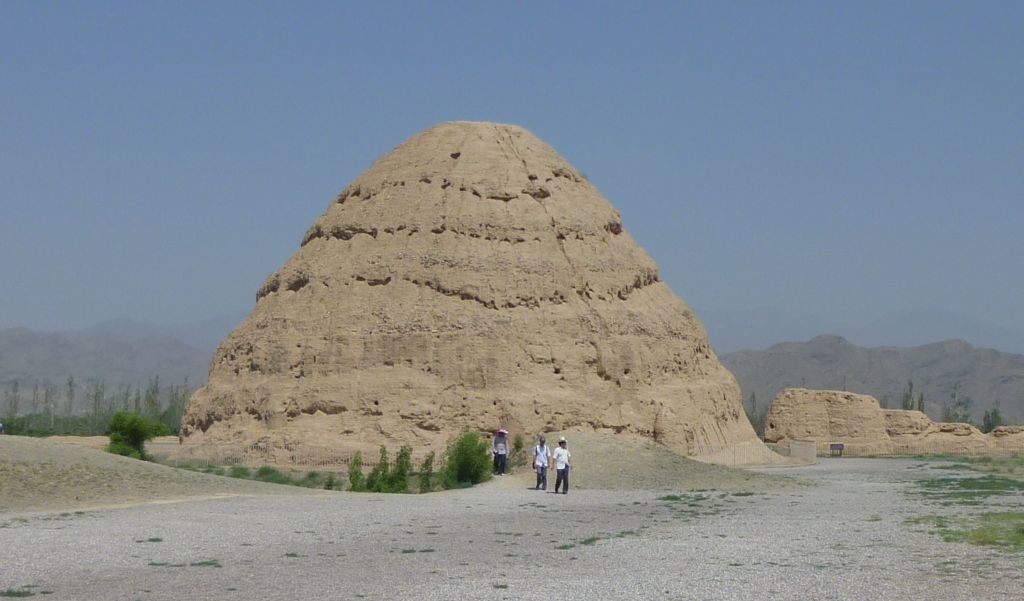 The noisier visitors are these military helicopters – the military love these empty spaces away from any prying eyes. 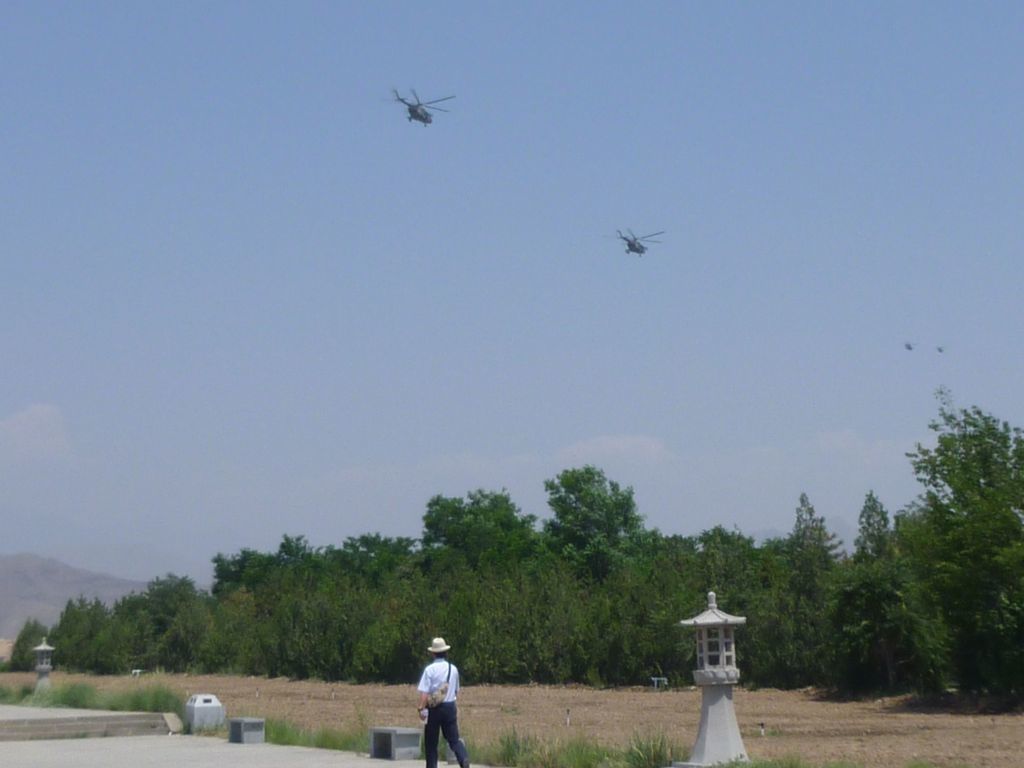 Yinchuan is another Chinese city above the million inhabitant mark (yawn),

but like all provincial capitals in China, it has a commendable provincial museum, well worth a lengthy visit, especially if you skip the regulatory 25% of space devoted to the glorious local history of the Communist party (they had a hard time filling their quota in this one). 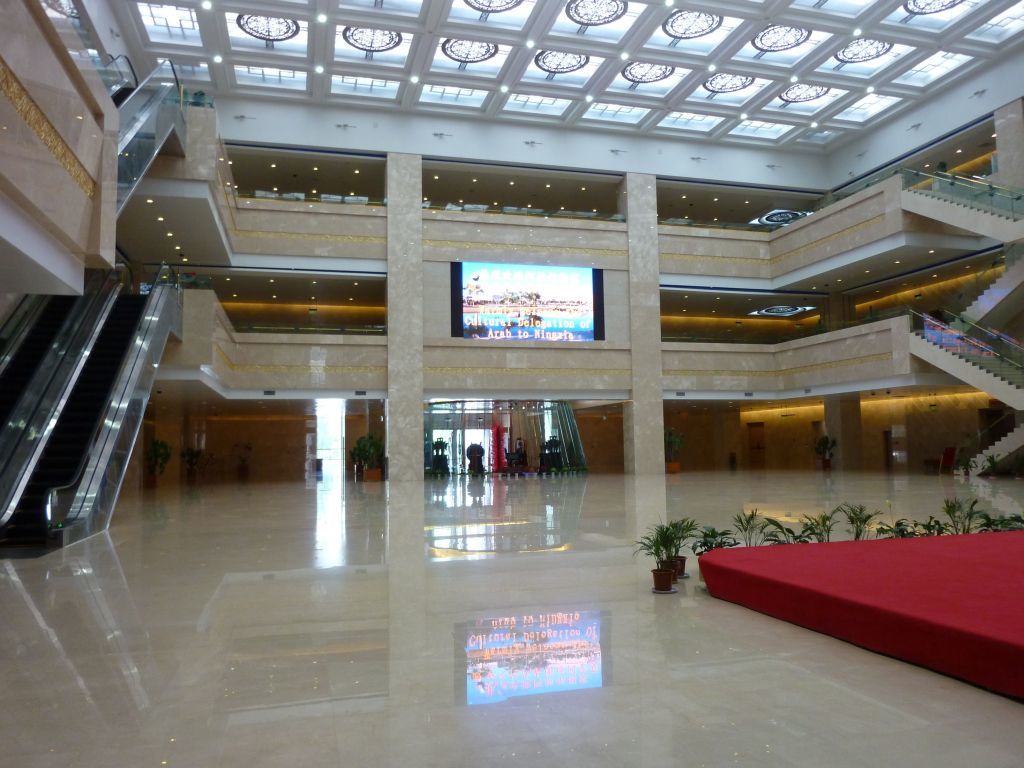 The cheap motel where I stayed was nondescript, apart from these surviving Chinglish signs in the toilets. 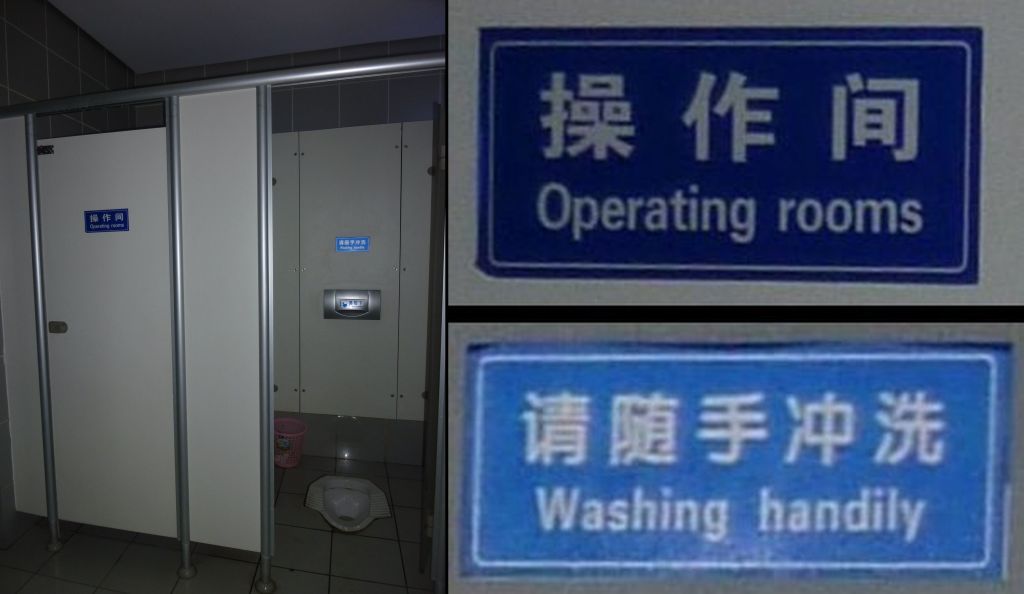 On the other hand, the Yellow River, which takes its name from the billion tonnes of sand ripped off the Gobi desert yearly and gives its sandy color, is not much of an attraction. Like the Nile in Upper Egypt, it hardly irrigates anything there, and moreover is not navigable. You cross it to go to the airport on the right bank, whereas Yinchuan is on the left bank, not even alongside the bank since the river is next to useless there.

The list of departing flights illustrates the exoticism of the location. Why two flights to 乌鲁木齐 (URC = Urumqi, transcribed in Wulumuqi by Chinese who have a hard time with Uighur phonetics)?

This is because Ningxia like Xinjiang is a Muslim province, which creates links. The mosques of Yinchuan are a minor tourist attraction. 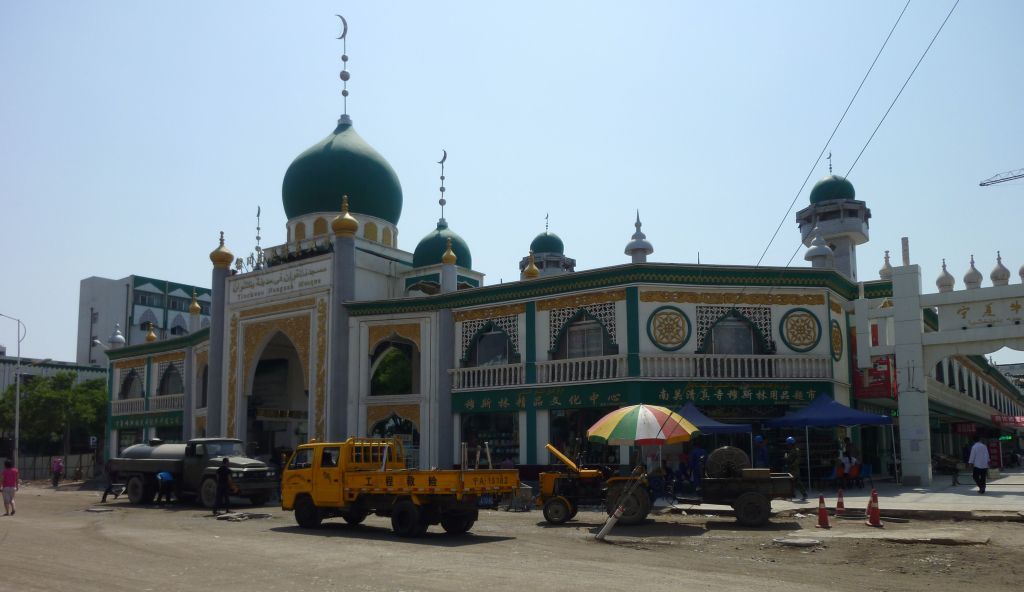 This is the prayer room, with a veil shielding the women's section on the left. 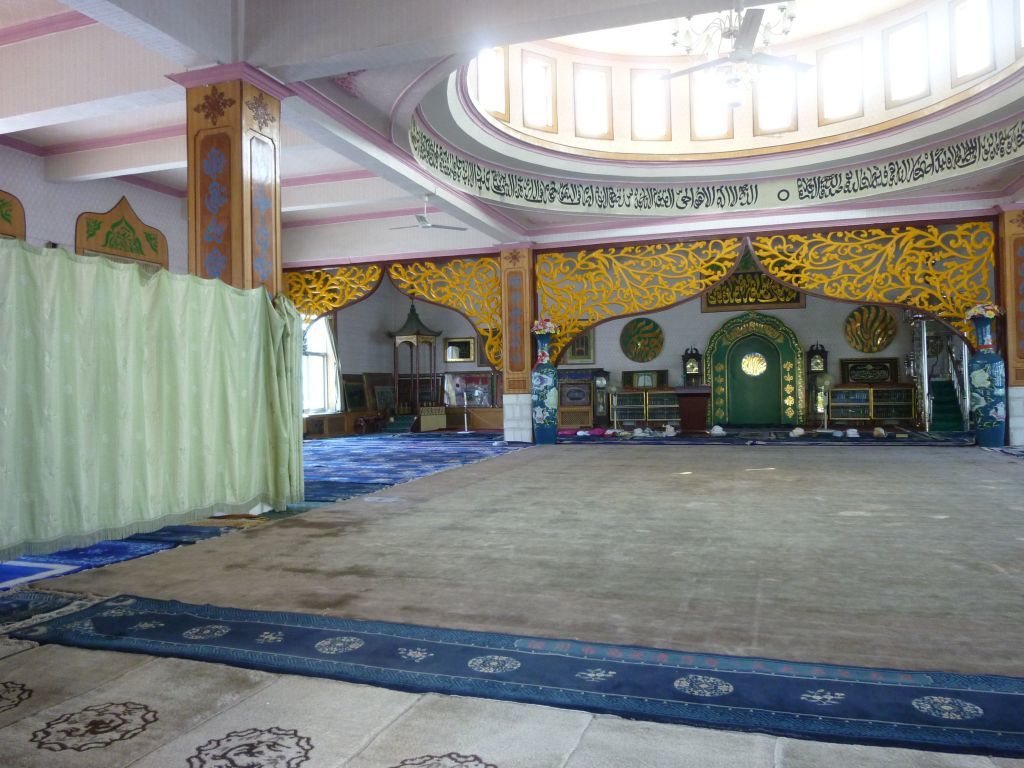 Shanghai Airlines seems to be used to domestic flights with stopovers : Flight FM9384 is bound to Zhengzhou 郑州 by way (Shanghai) Hongqiao 红桥, i.e. a INC-CGO-SHA service, while my flight FM9206 to Xi'an 西安 continues to (Shanghai) Pudong 浦东, i.e; an INC-XIY-PVG service. Frequent Readers of Flight Report are of course familiar with all these Chinese cities and would place them on a map without hesitation; I insert a map produced with the help of gcmap.com for newbies :-)

My plane is not this B737-800 with winglets, but another one without. What I found interesting is outside: the tarmac is wet from downpour two hours earlier, because a desert does not need to be a place where it never rains, but can also be a place there the annual rainfall is limited, and falls in an irregular manner.

Is that because of the rain? The plane leaves its parking stand twenty minute late. It will not be on time in Xi'an, by less than ten minutes.

There is only a small biturboprop on the tarmac, but this is not the last flight of the day: there will be four more coming and departing in the evening.

Take-off towards the southwest, alongside the Yellow River. With the contre-jour through a less than clean window, my pictures are not very good, but this is the side with a view on the Yellow River, which is the most interesting feature during that phase of the flight.

The plane then quickly turns towards the south-east, over the deserts of Ningxia and Shaanxi. It is nearly the summer solstice, but the night is early in China which like most Asian countries does not have a daylight savings time.

I have no memory of the dinner, which must have been very ordinary, by Chinese domestic standards.
See more

First this view on the Yellow River whose shallow stream there makes it difficult to realize that some of its floods caused millions of deaths some two thousand kilometers downstream.

And then particularly attractive fares, which were then as low as 120 RMB if booked early, and typically 240 RMB at the last moment... if you really want to go there, and few visitors do.