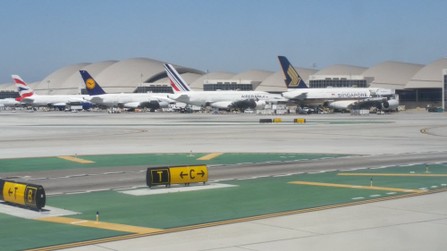 #32 out of 77 Airlines A minimum of 10 flight-reports within the past two years is required to appear in the rankings. 77 reviews

By socalnow 2654
Published on 20th May 2015
Hi everyone. This is the final leg of a brief RTW trip in April of 2015. The trip started out with a desire to sample Turkish Airlines and visit the city of Istanbul. It grew from there. The final product came in the form of: SNA-DEN-FRA-LHR-IST-PVG-SEA-LAX. For this journey I utilized Southwest Airlines, Lufthansa, Turkish Airlines, Delta Air Lines, and Alaska Airlines.

Let me preface this report by saying I didn't do a very thorough job of documenting this flight. My mind was tired and focused on getting home.

I could have continued home to LAX on Delta of course but I was keen on trying Alaska Airlines first class. They have a devout following in the Pacific Northwest I wanted to know what all the hype was about. Turns out my experience wasn't anything special and it was a very average US domestic first class flight.

I visited the Alaska Airlines Board Room as a Priority Pass member. It was crowded, cluttered, and badly in need of a refresh and expansion. The only redeeming quality is a G&T and a great view of the ramp. I snapped this picture of the 737 that will take me to LAX. 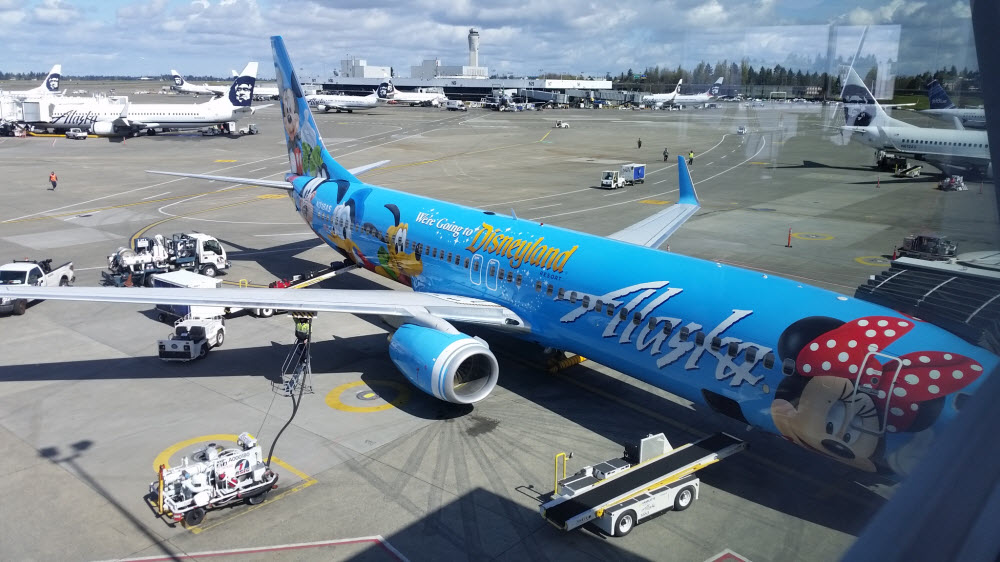 I booked this flight through American Airlines just a couple of hours before departure. When I presented myself at the check in gate at T-60 to activate on the airport list the agent offered me an exit row seat. I let her know that my understanding was I had booked first and I wasn't aware of any exit seats up front. She replied that first was full. Fortunately her colleague overheard our exchange and reminded her that due to some system glitch first was showing full but actually wasn't. I was assigned 1A. They were both very friendly and professional.

Boarding began with the call for people needing extra time and folks with kids and strollers/prams. This flight heading to Southern California at Spring Break had no shortage of kids heading to visit Mickey Mouse. Next up was first and I made it on board quickly.

I had the pleasure of meeting a celebrity of sorts, at least to me. I'm a big fan of the US network Discovery Channel and their show about crab fishing in the Behring Sea called Deadliest Catch. So I was excited to see one of the captains from the crab fleet was on board, Jonathan Hillstrand. He was in the aisle by row 1 waiting for the line to advance so I was able to chat with him. He was very friendly and outgoing. I think I was the only one how acknowledged his role on the show.

The rest of the flight was uneventful. The cabin was full of course and lunch was served.

I snapped this picture of Mt. Rainer. 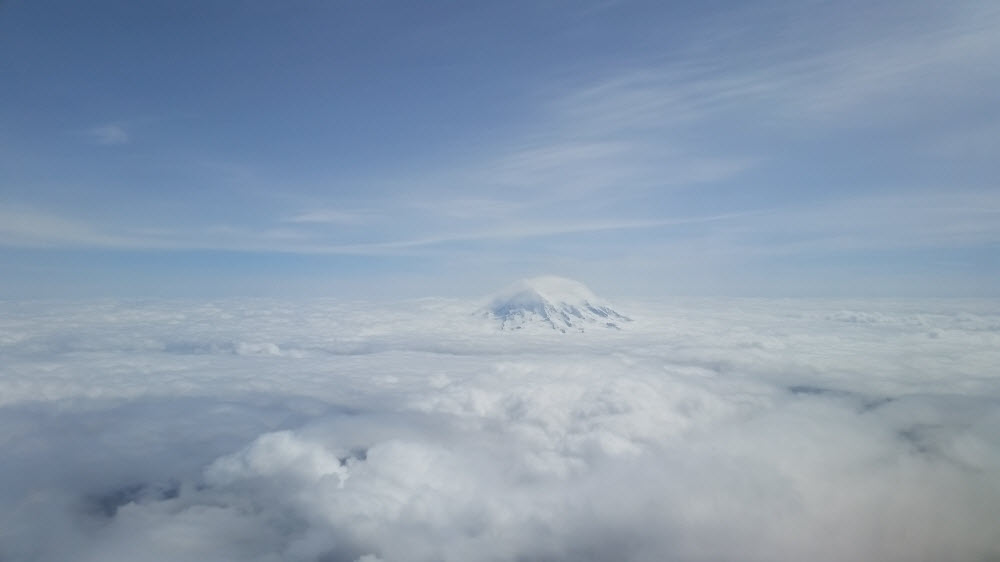 I had dozed off with the FA had offered the initial drink so I had to go to the galley to place my order. A G&T please. The lunch was some wretched chicken salad. I don't think I had more than a bite or two. 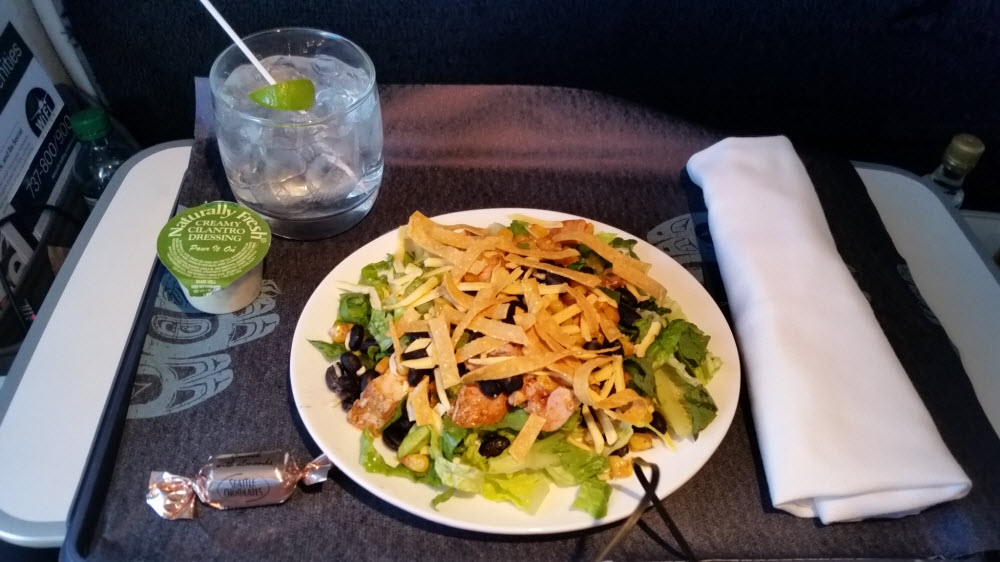 I slept most of the way and before I knew it we were safely deposited at LAX.

We landed in the north complex as would almost all flights coming from that direction and had to taxi to the south where Alaska resides in terminal 6.

Great lineup of A380s at TBIT. 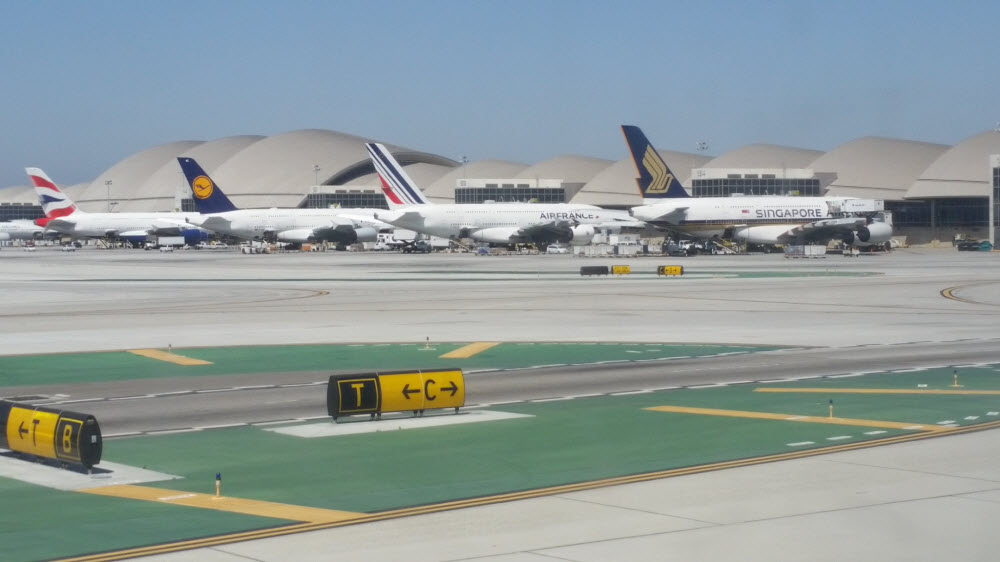 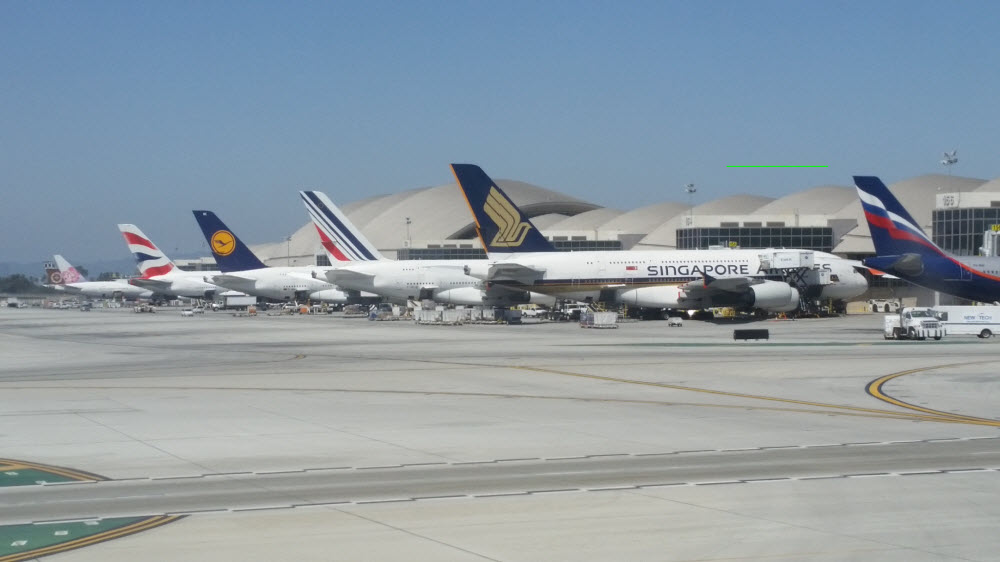 I travel carry on only so I was at the curb waiting for a parking lot shuttle in no time.
See more

This was my first experience in an Alaska Airlines premium cabin. It's a useless sample size but I wasn't impressed with any aspect of the equipment or service. We arrived on time and in one piece so I have thankful for that.

Thank you for joining me on my first series of trip reports!

The contributors of Flight-Report published 10 reviews of 3 airlines on the route Seattle (SEA) → Los Angeles (LAX).

The average flight time is 2 hours and 41 minutes.