By Quirrow 2817
Published on 28th June 2015
Arriving at San Francisco International on Air Canada meant some hassle in the need to transfer to United's Terminal for my connecting flight to Aspen. I had to exit the International terminal and make my way to the opposite end of the concourse to go down a level into the walkway that connects me to Terminal 3 where my flight was supposed to depart from. 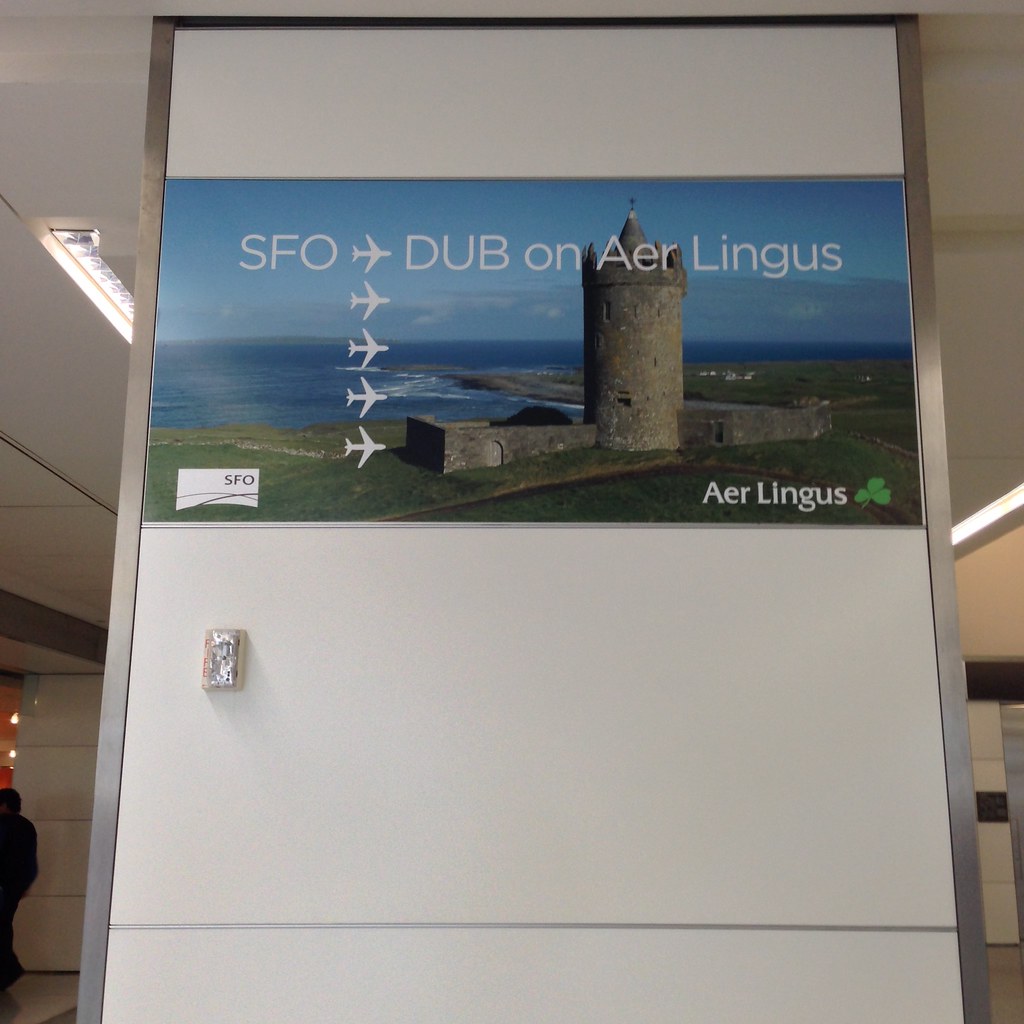 Upon reaching United's Terminal, I tried to enter the United Club. Readers would know I tried that when I arrived via All Nippon Airways First Class from Japan and connecting on United Domestic First Class to San Diego but was denied access. This time round I showed a print-out of my US Airways Gold (Star Alliance Gold at the time of my travel) but was again denied as the lounge agents mentioned the need for an actual card. Well, it was frustrating dealing with this kind of nonsense from United, and this really makes them one of my least favourite airlines. 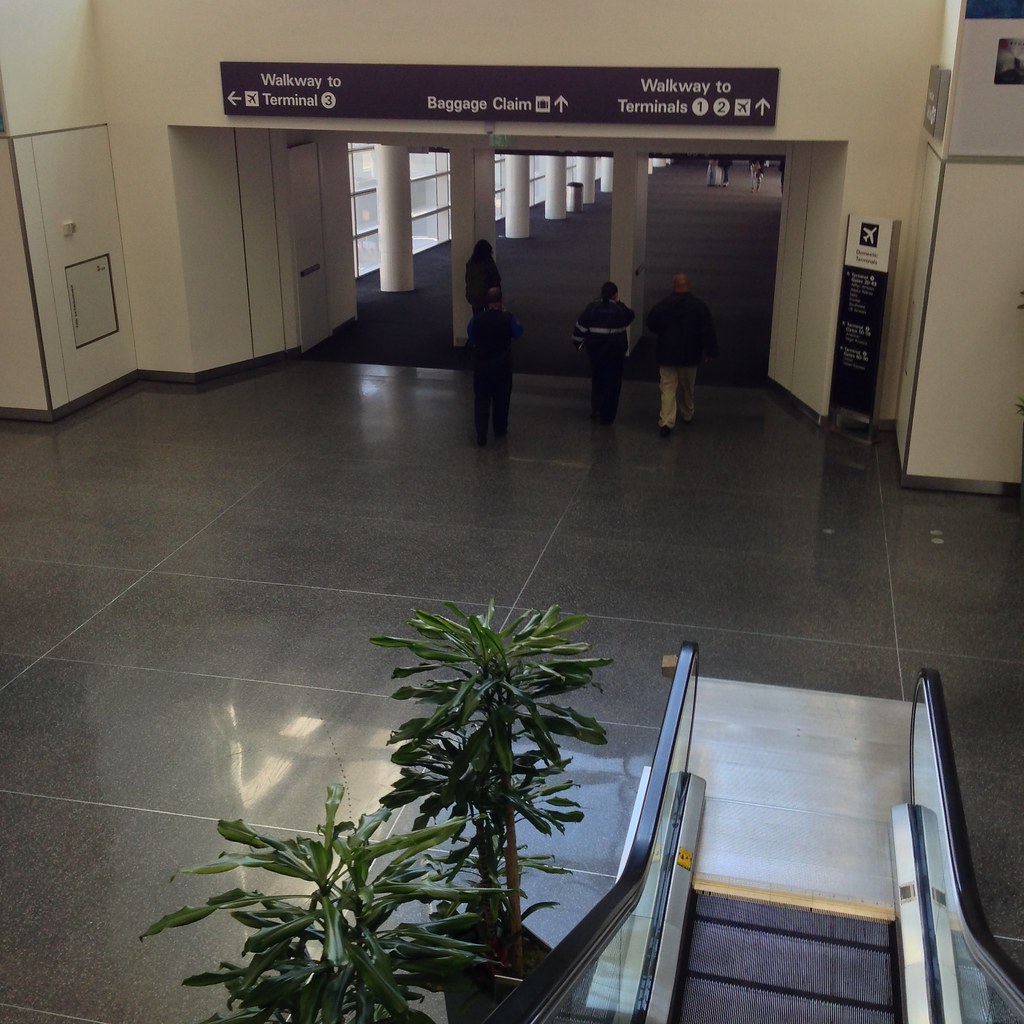 Connecting to the United Terminal

Since with all the walking from the International Terminal, I did not really have that long of a layover, I did not pursue the matter any further. My initial intention to access the lounge is perhaps to grab a seat and some drinks while enjoying the wifi, instead I just went opposite to the food court to get some lunch before walking towards the gate. 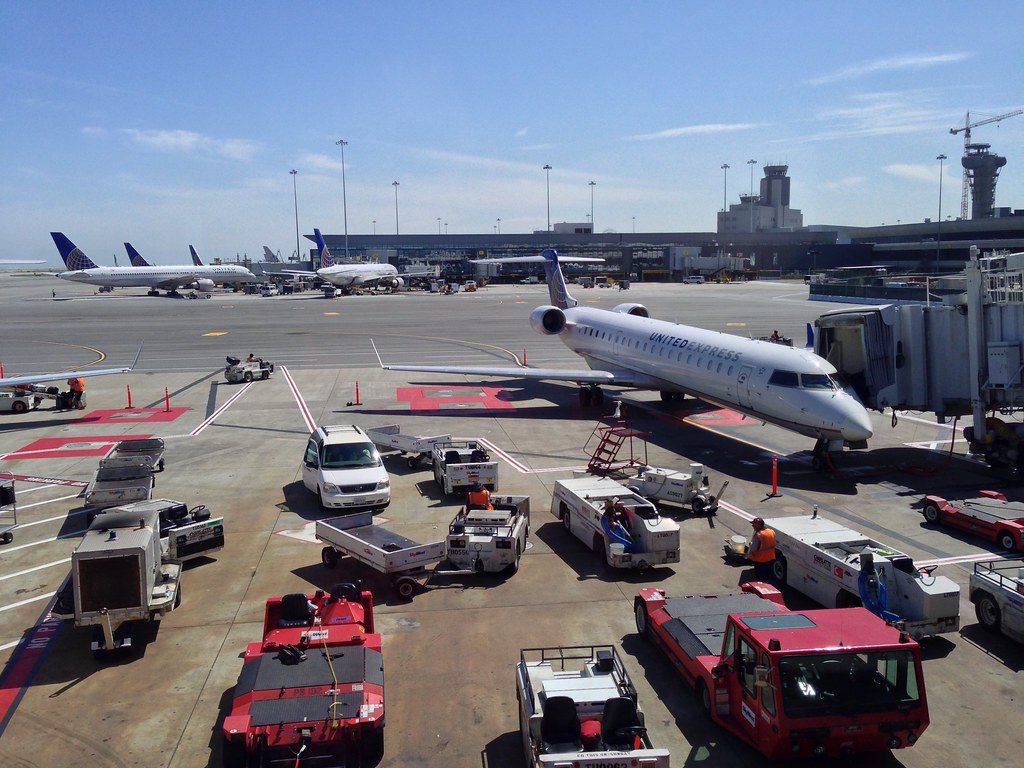 Today's flight will be served by the CRJ-700s, which also operates United Airlines' service to YVR. Since Air Canada and United Airlines are in Star Alliance, I suggest passengers take note when flying between YVR and SFO to choose the ones operated by Air Canada as they do a lot of code-sharing for this route and the Embraers are always a better choice compared to the puny CRJs. For this flight to Aspen, I had not much choice since I remembered at the time of booking the CRJs are perhaps the largest type of jet that flies to Aspen, a reason which I will discuss later. 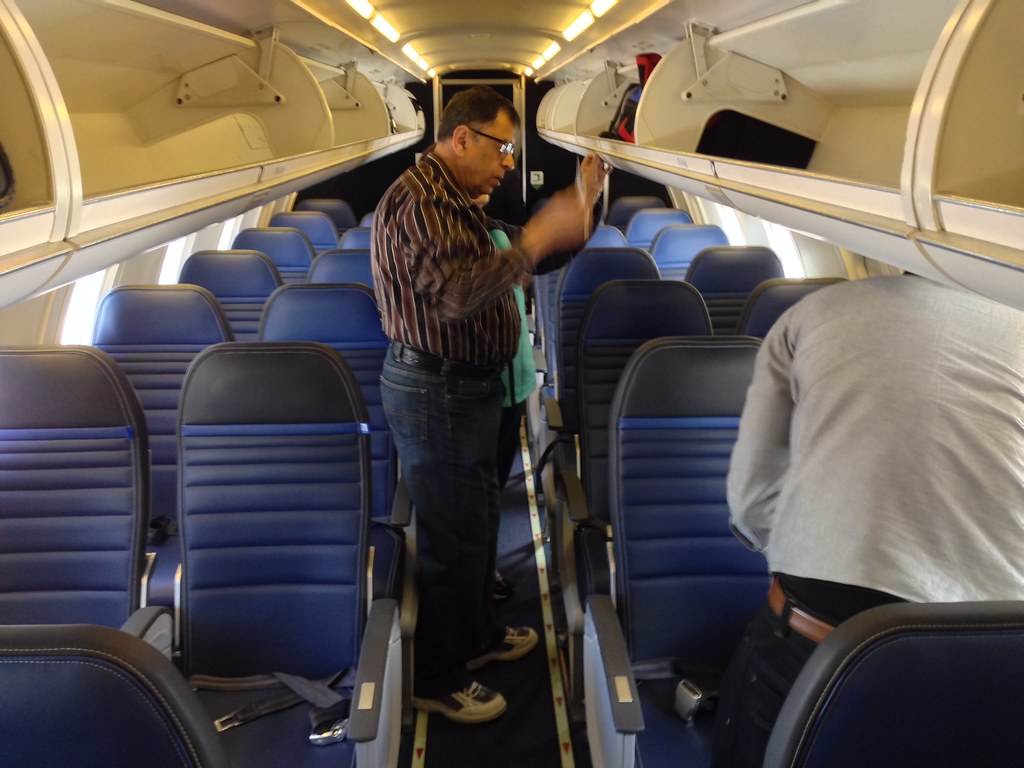 Usually boarding was supposed to commence 30 minutes before a scheduled flight, but somehow the gate area was quite empty when I arrived and I thought it might be low loads today. The boarding was slightly delayed, and most of the passengers were really smart enough to arrive later. And during boarding, I was told my hand-carry luggage had to be checked in as it would not fit into the overhead bins. Well at least I was not charged for it, so off it goes to the luggage handler. 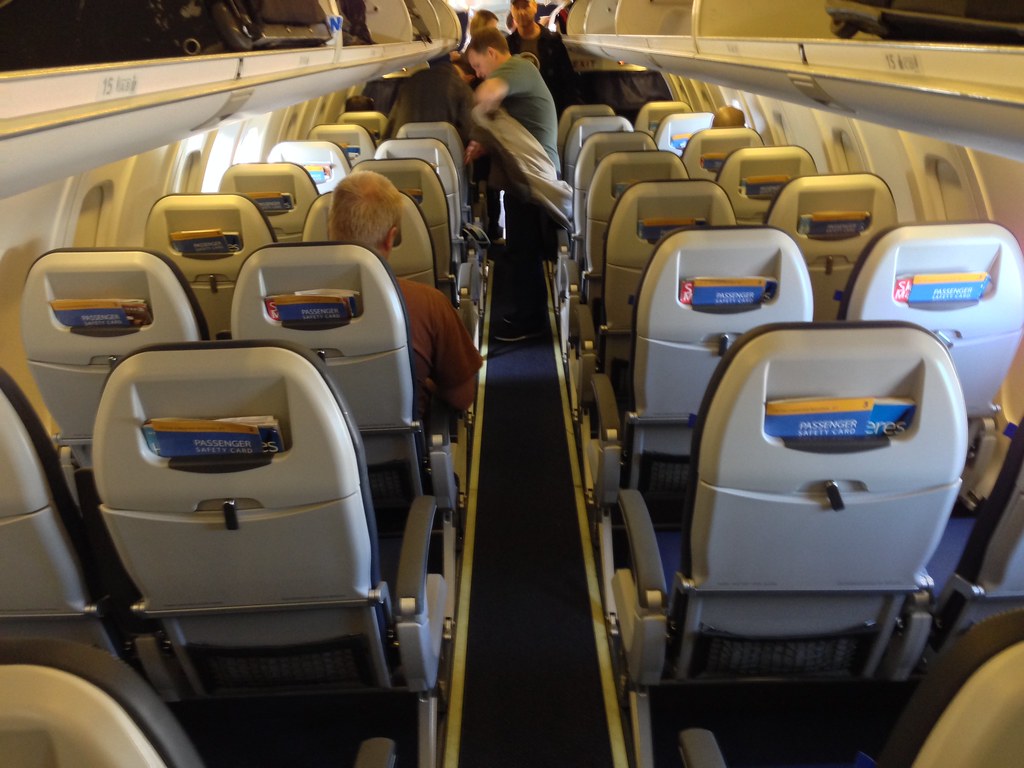 Economy class cabin on the CRJ-700

One thing I like about this aircraft was the clean leather seats that was comfortable. However the seat pitch on Economy class is actually deplorable. In fact it can be summarized by one passenger exclaiming it to be like Southwest. Yup, there really is not much difference between United Airlines and the low cost carriers! 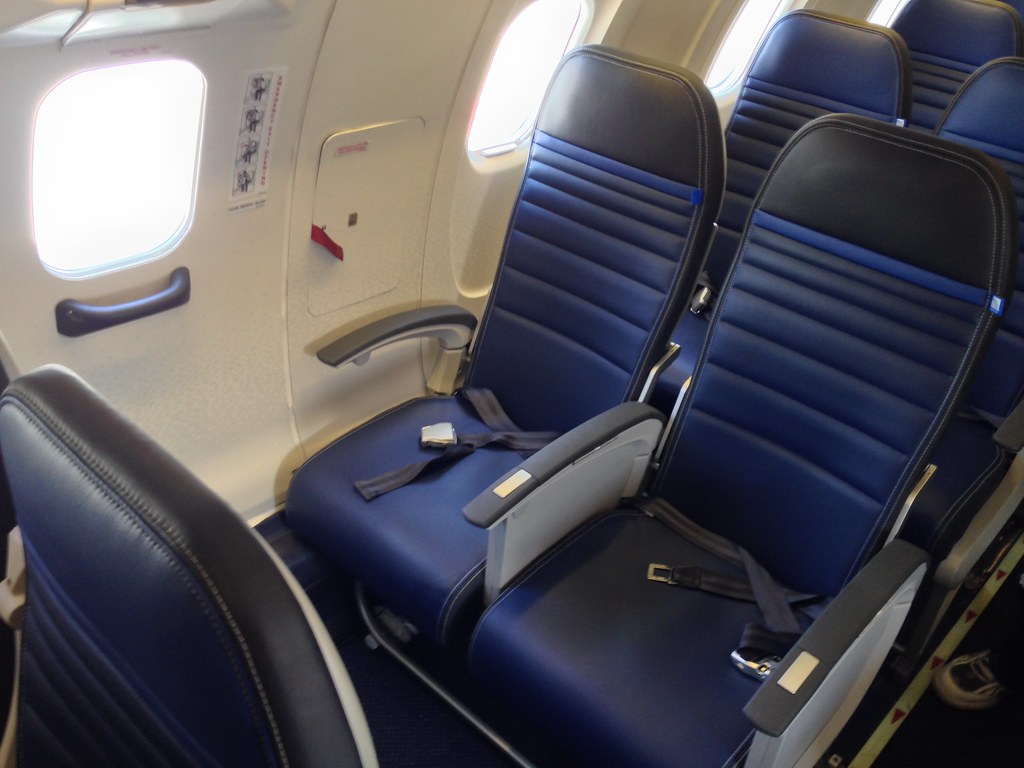 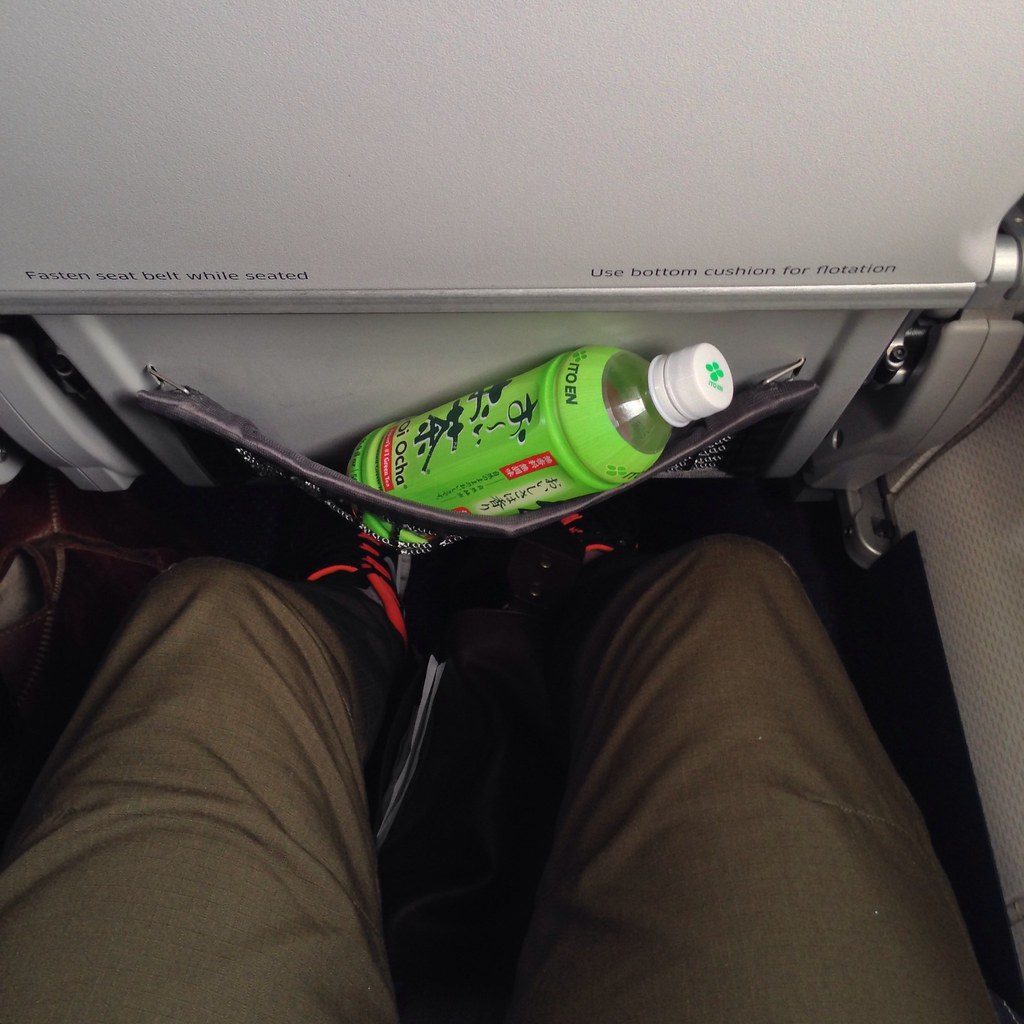 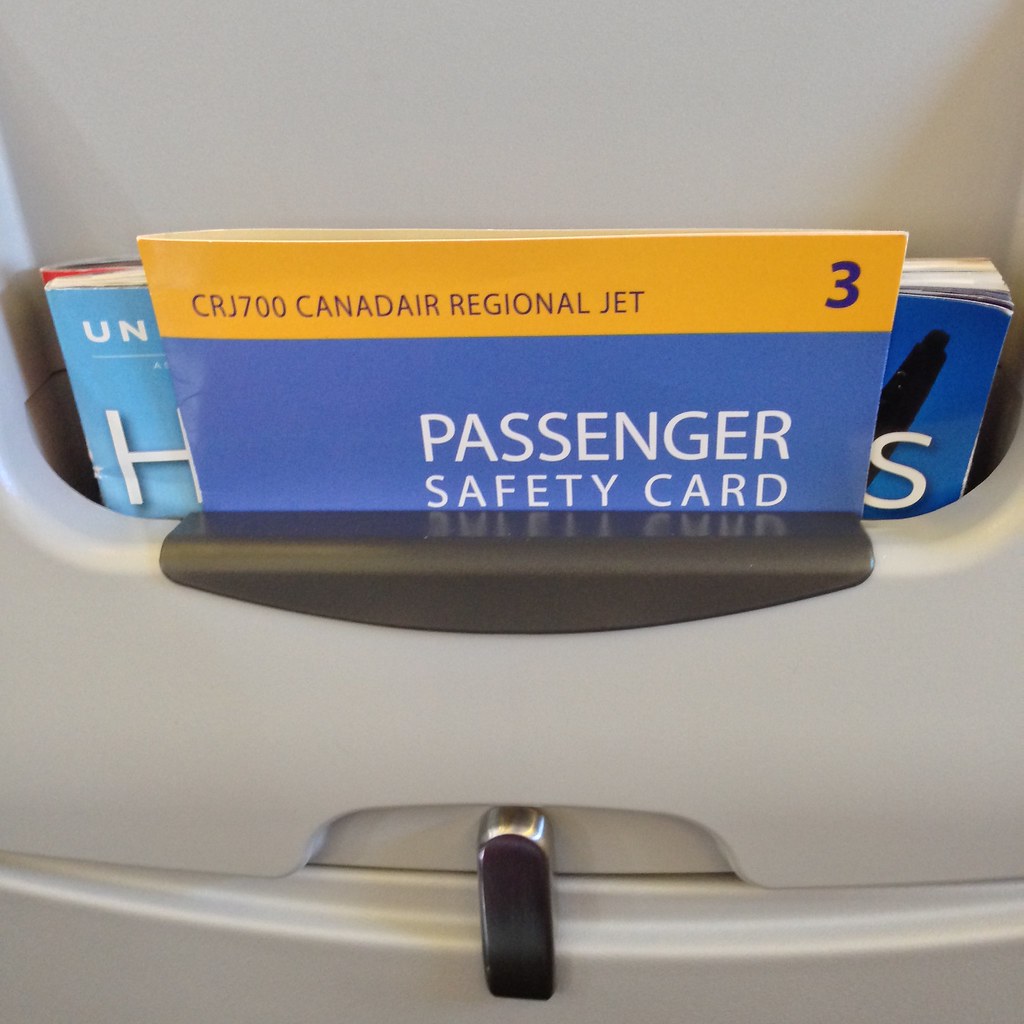 Since it was an afternoon flight, there was not much people having food, and most were just happy to nap a bit or read a book. Comfort wise, it was not the best since the journey was somewhat long and the plane just was a bit squeeze with the full load. Beverage service was provided by the flight attendants and I got myself an orange juice. 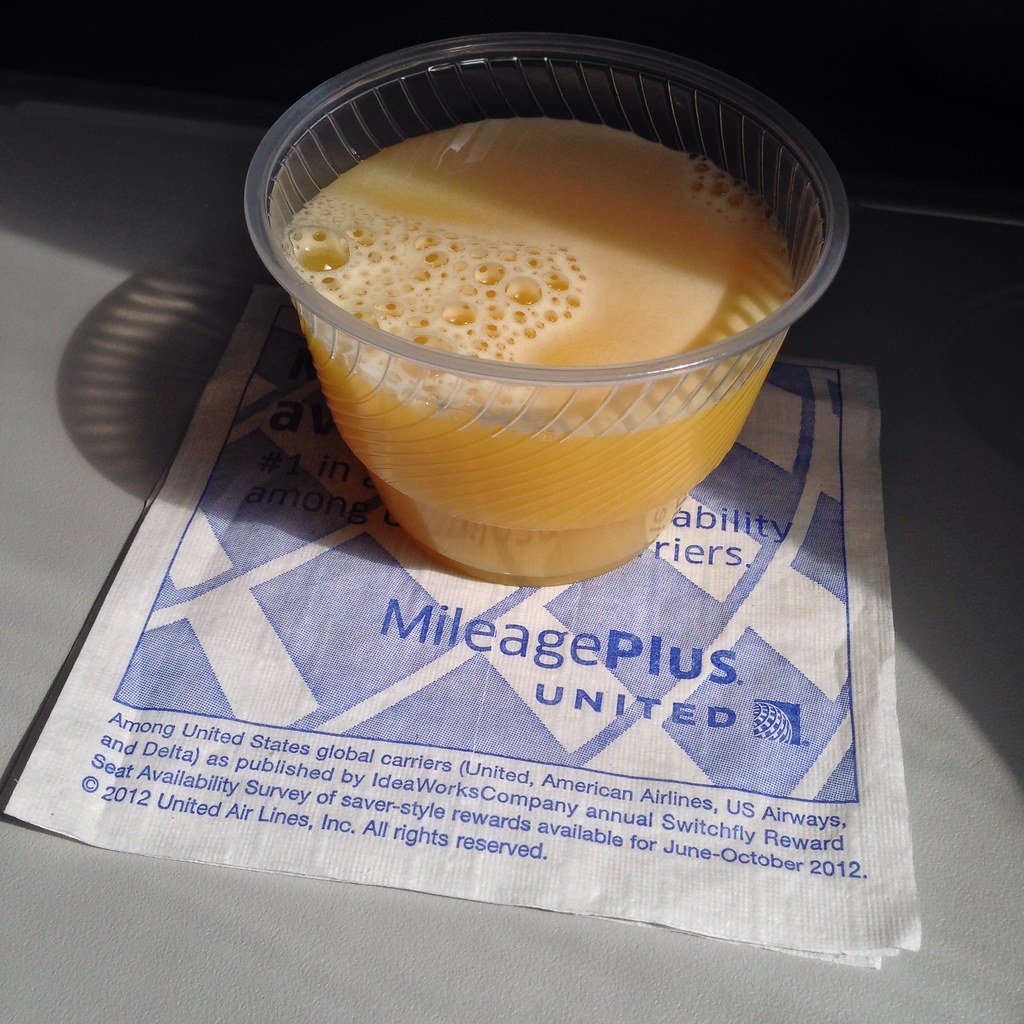 The first half of the flight was somewhat boring but the scenery just changed as we started the descent. However the window was really scratched up badly such that it is nearly impossible to get good photos of the mountain scenes of Colorado. It was just impressive and seeing all the snow got me really excited about this trip! 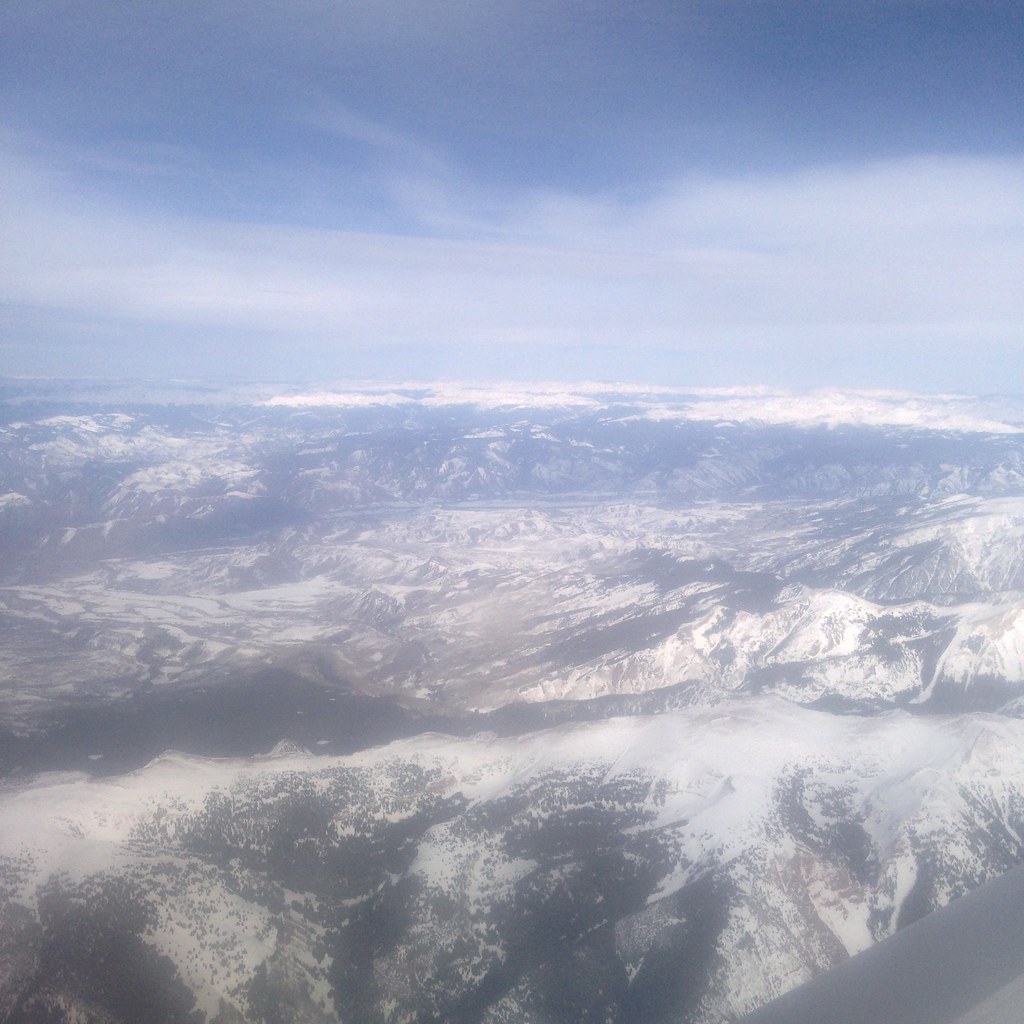 The most interesting aspect of this flight is perhaps the circular descent pattern into Aspen Airport. Definitely makes it tricky to land an airplane in the middle of snow-capped mountains. Fortunately enough, the weather was clear and beautiful that day! 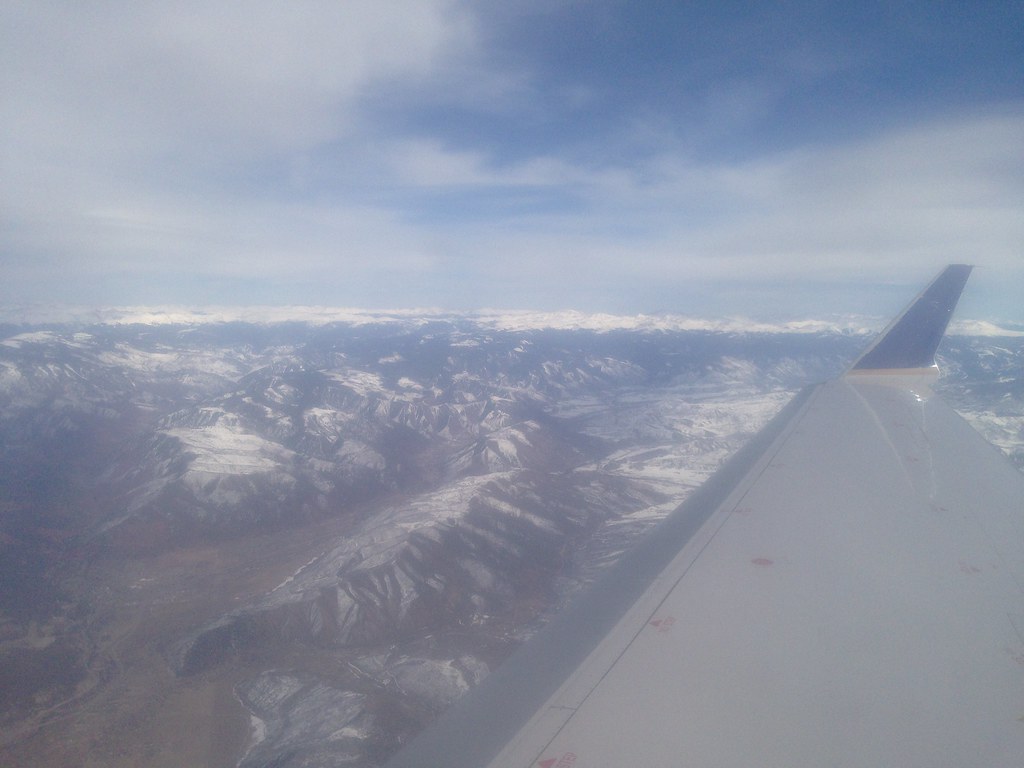 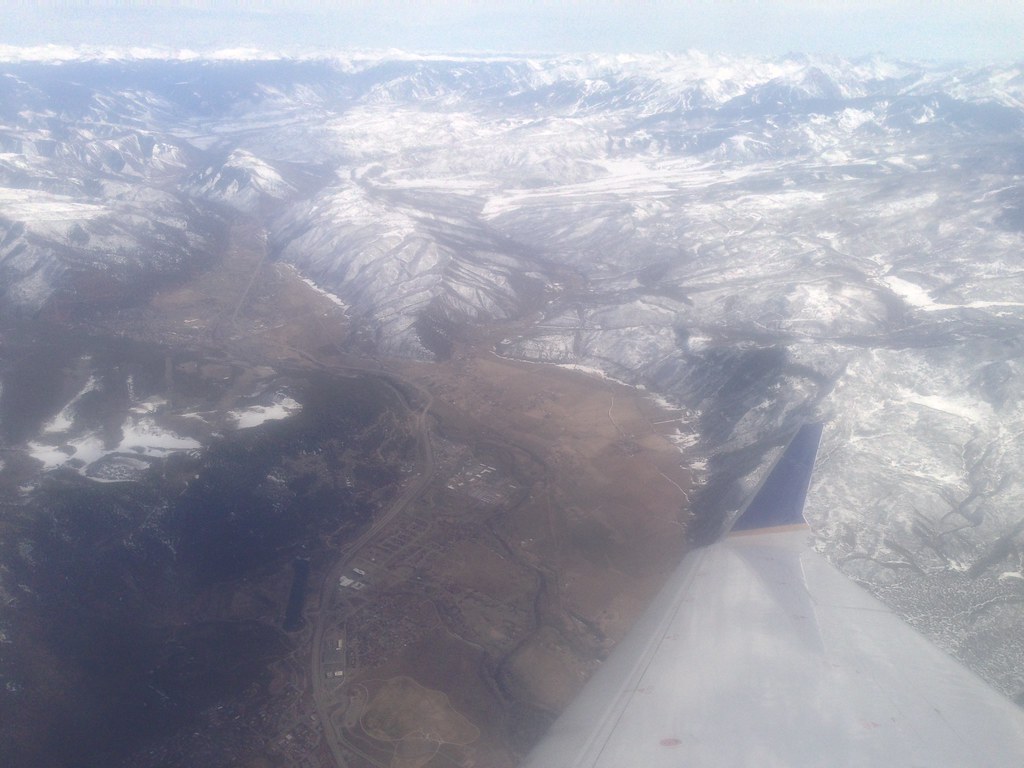 As we made the final approach, I realized what made ASE such a challenge for landings and why I think it has got to be one of the most dangerous airports in North America. There is a mountain on the right side as the plane approached the runway and I could feel the plane vibrating from the crosswinds. For a moment it felt like we were about to hit the mountain, but the pilot certainly held the plane under control! 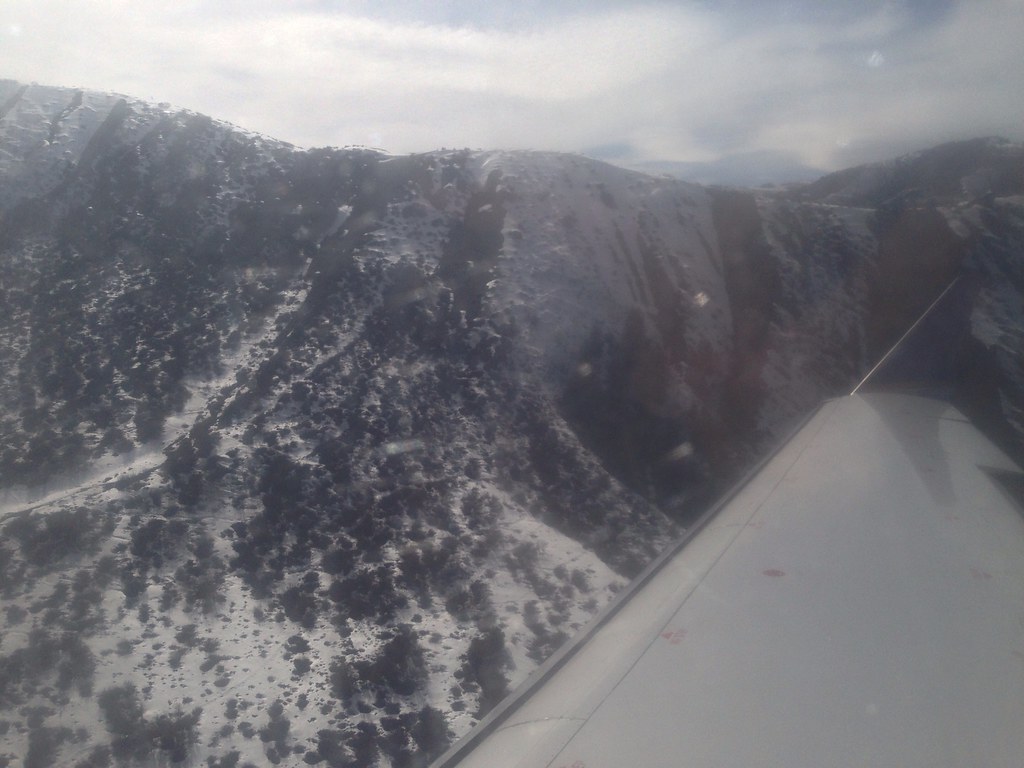 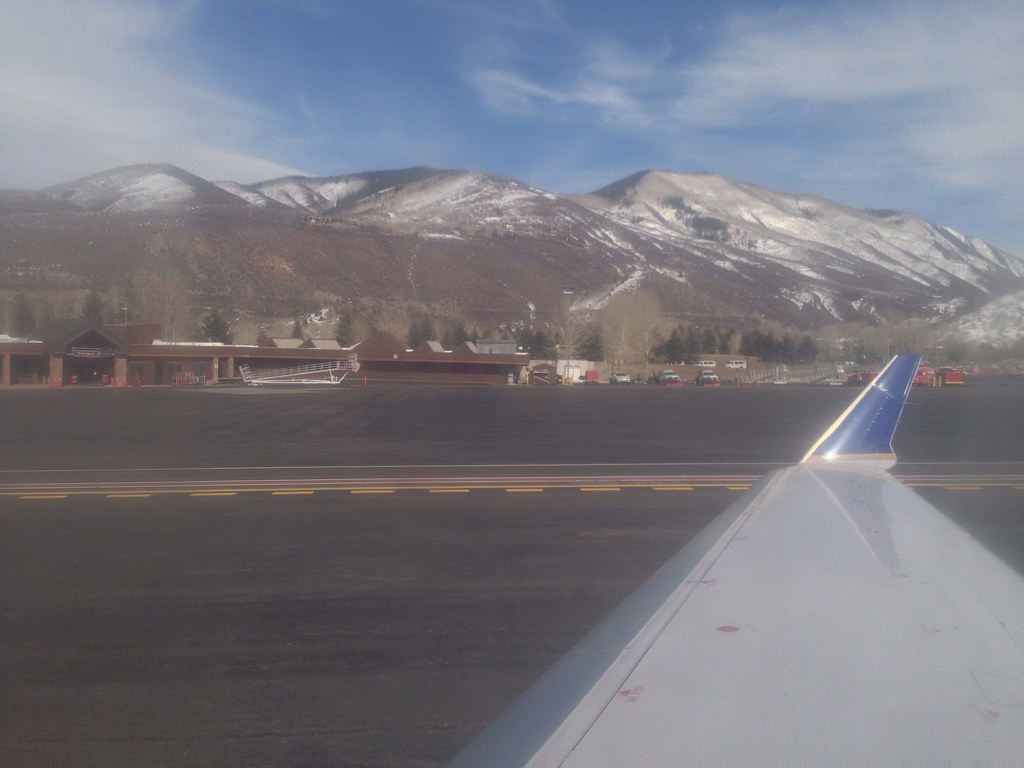 For a small airport, it was a short taxi and all of us disembarked via the ramp before walking towards the terminal. The small size of the airport and limited runway space is what probably limited the size of the aircraft landing at Aspen. But this meant that passengers will definitely get a ride of their lifetime and even a view of their aircraft on disembarkation. Till today, this plane ride certainly ranks as one of my most memorable and also one of my most dangerous plane ride. 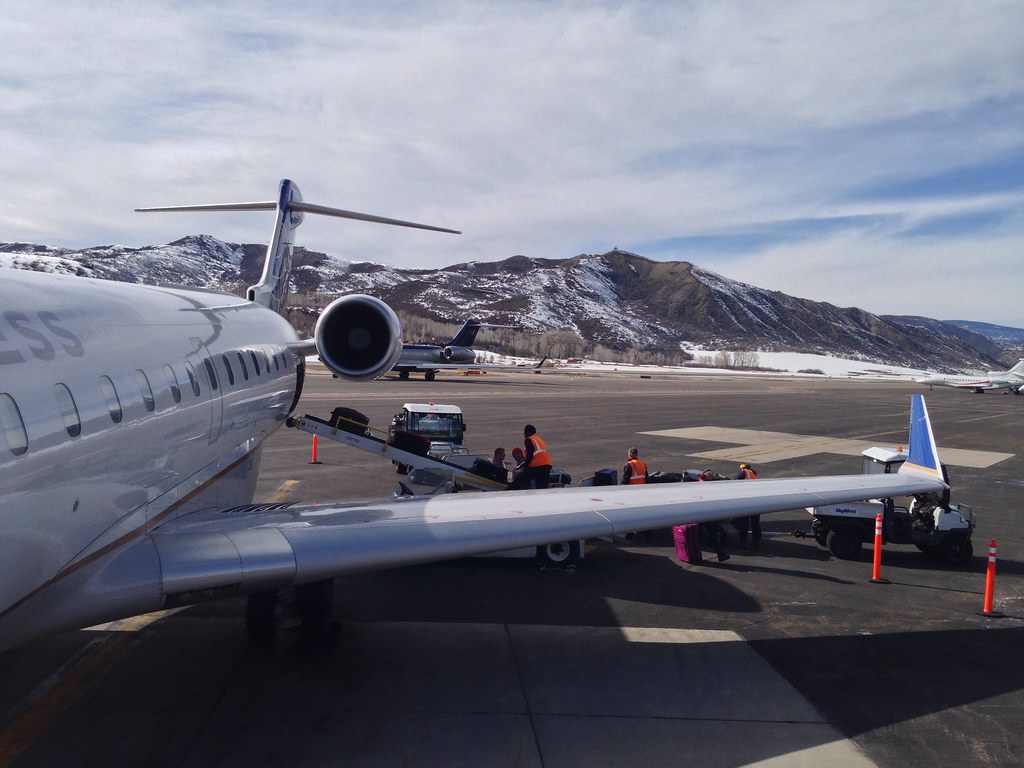 However Aspen airport is unlike other airports and perhaps mirror the Bandar Udara Raden Inten in Lampung, Indonesia. There is a small arrivals and baggage claim area, with the airport being really wooden bare. There was only 2 baggage claims, one being labelled 'Denver' and the other labelled 'Not Denver'. Shows you just how much air traffic there is in ASE and the links with DEN! 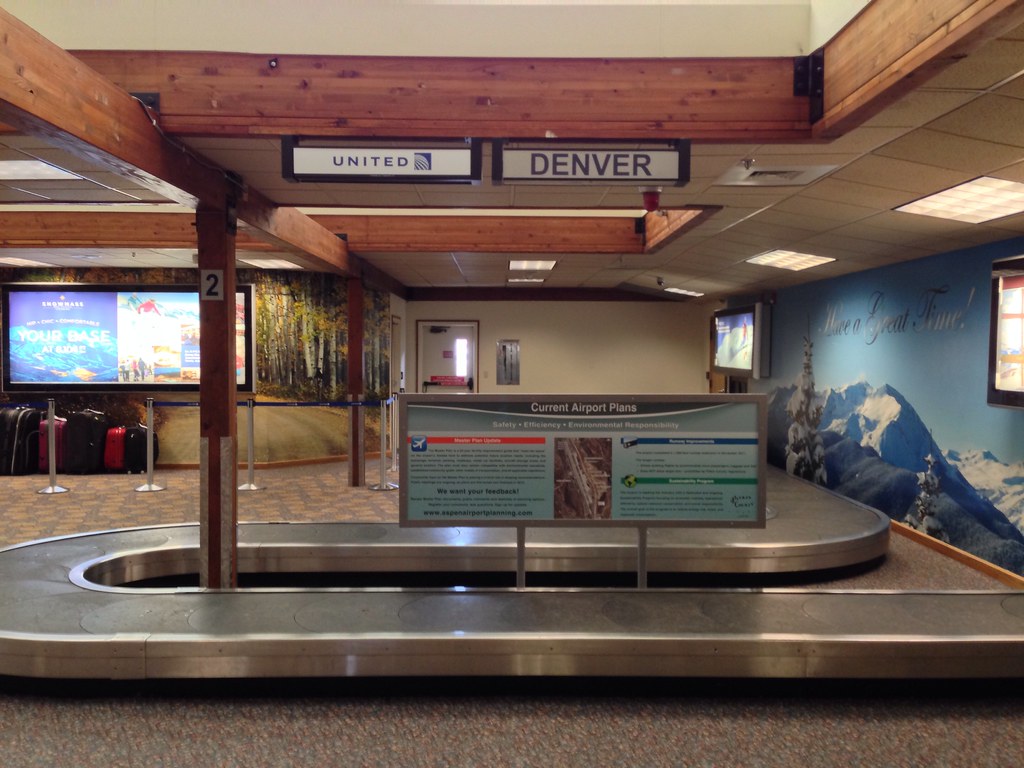 Baggage claim for flights from Denver 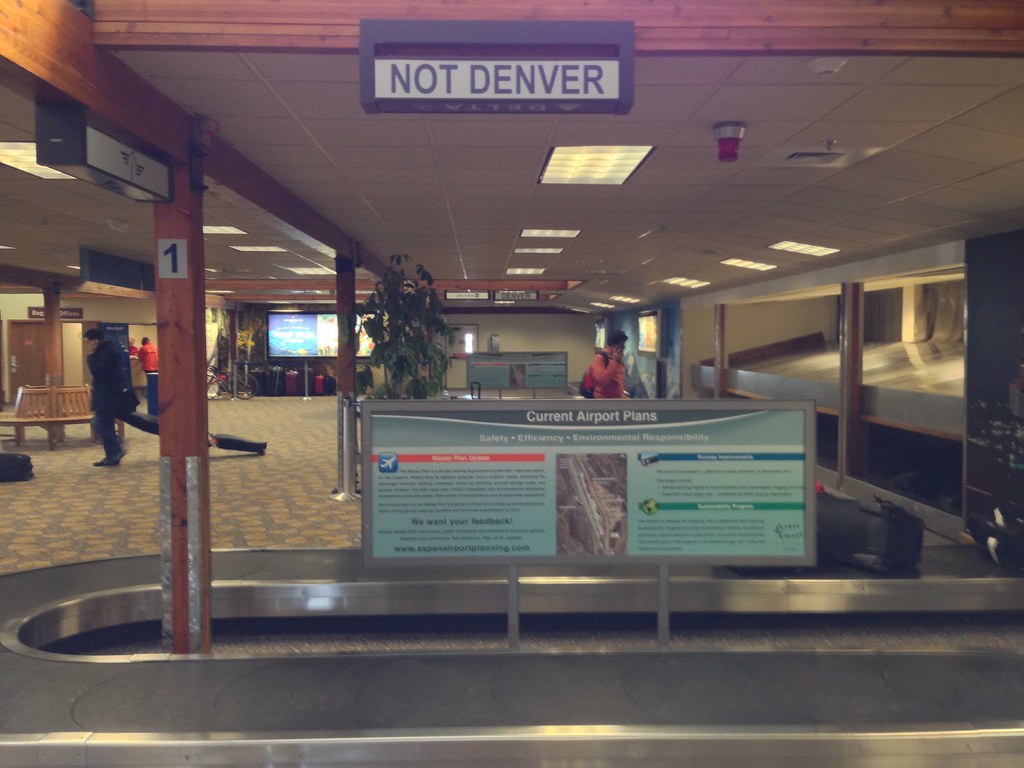 Some images from Aspen: 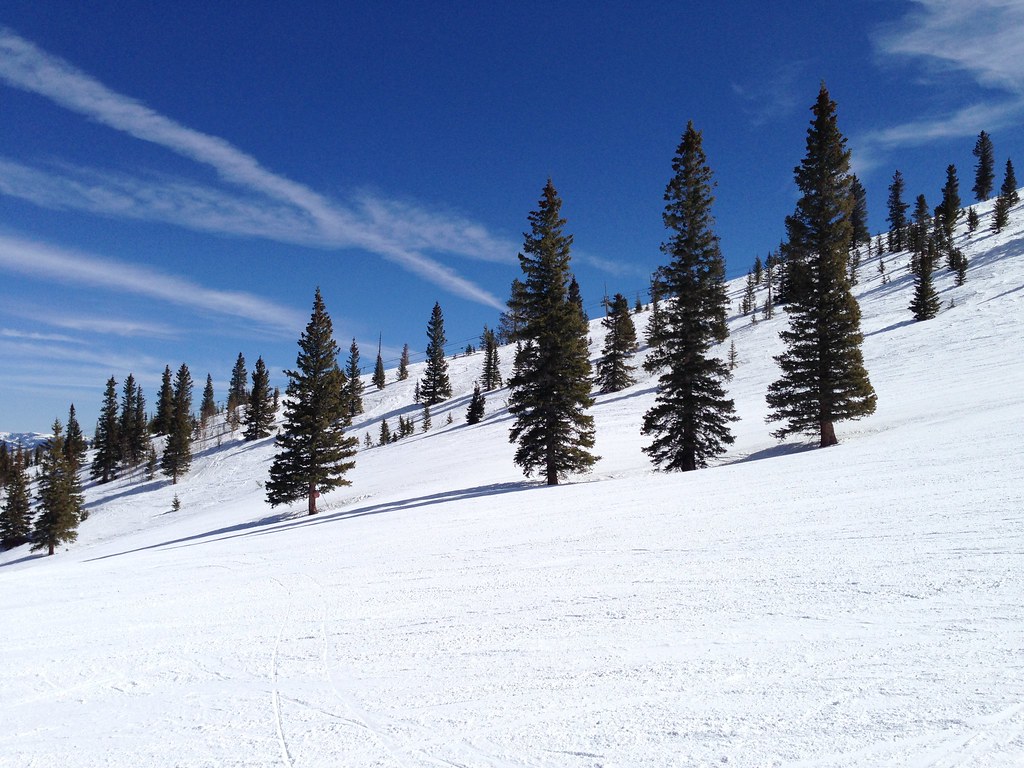 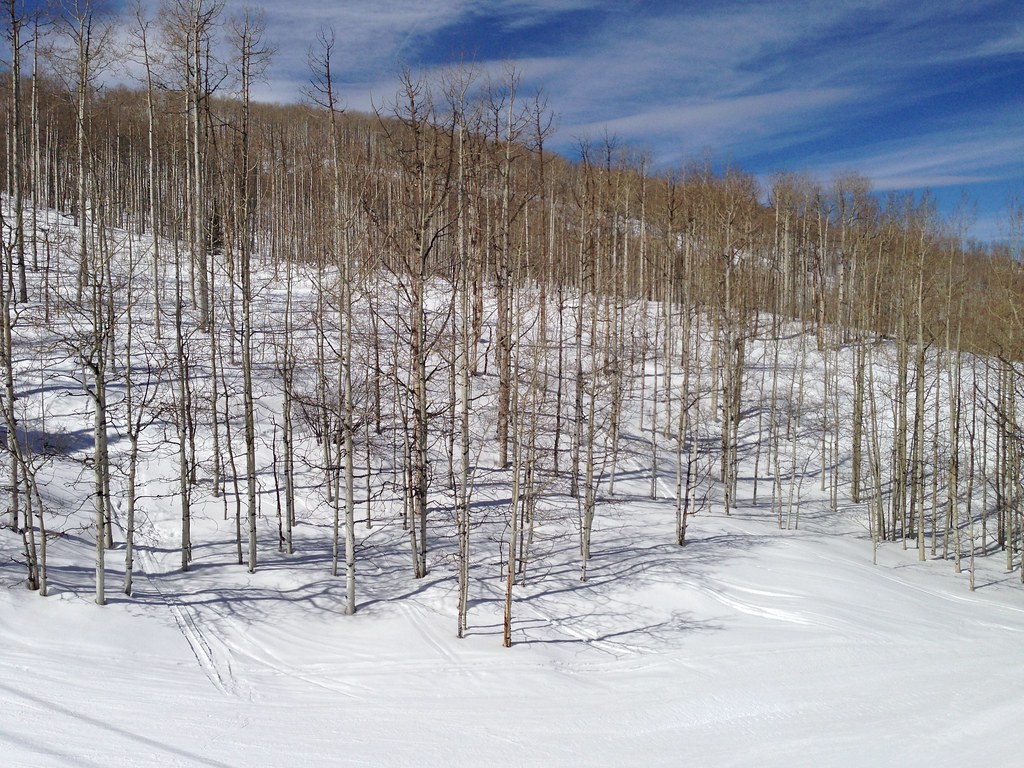 The landscape at Two Creeks in Snowmass 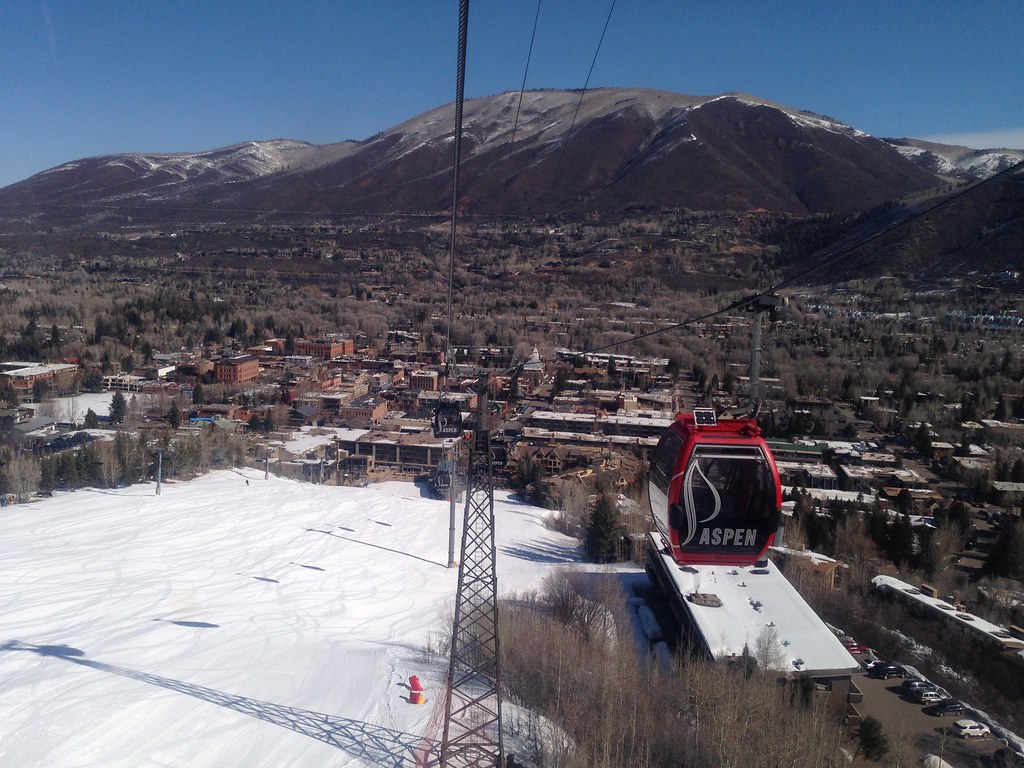 View over the town of Aspen 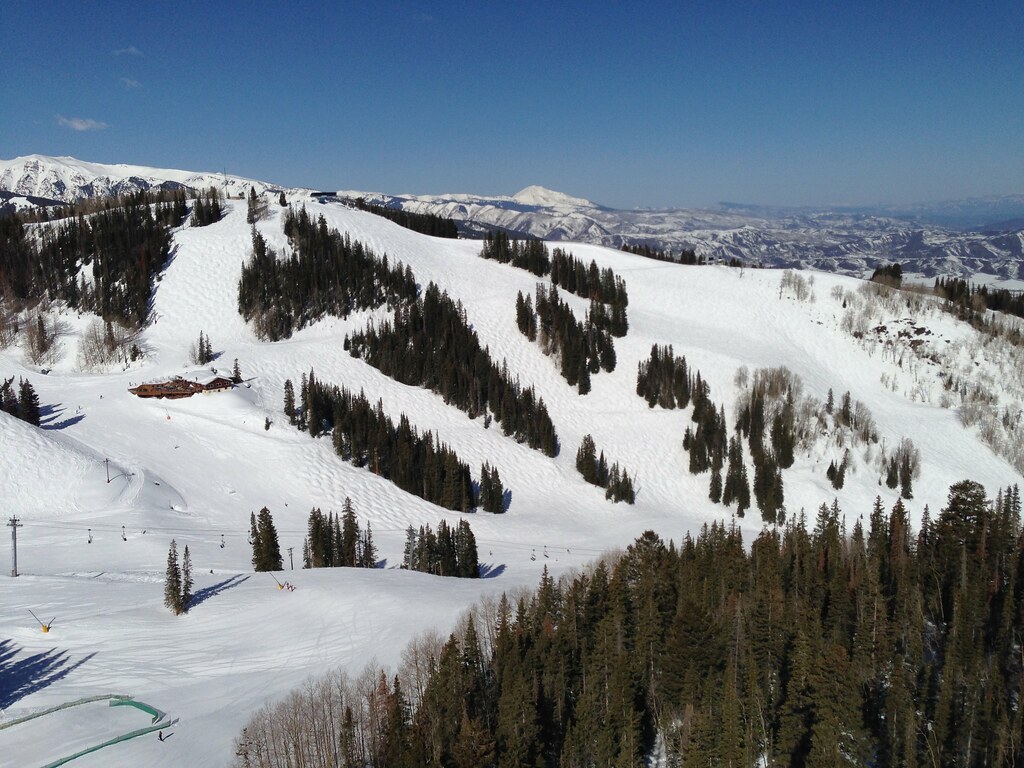 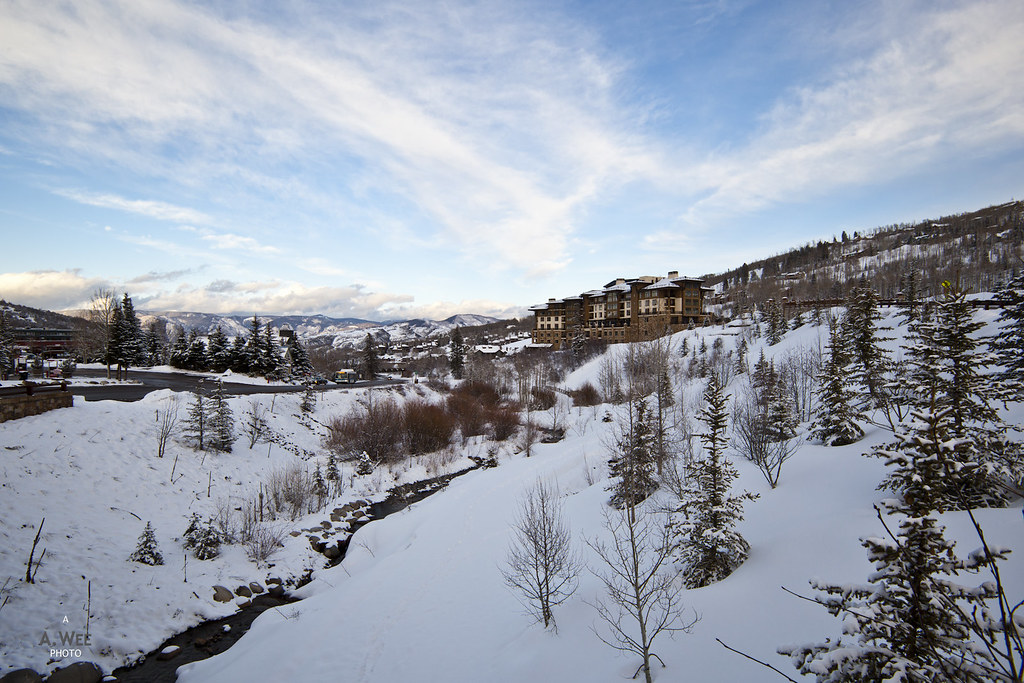 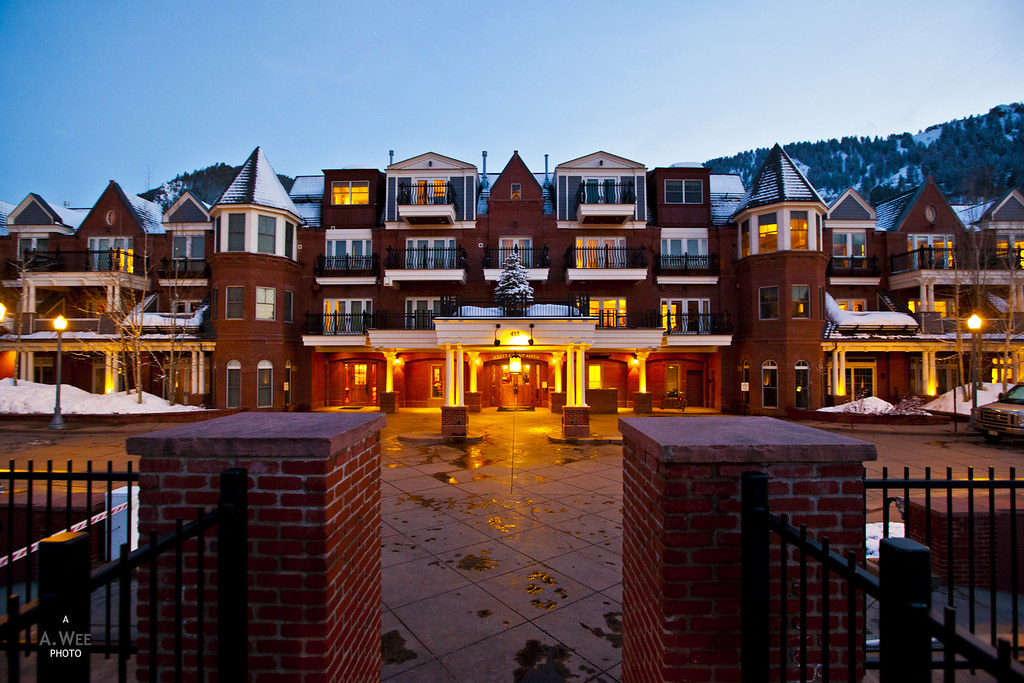 This was a trip I took in March 2014 so details are not longer fresh in my mind. However there are little choices in getting to Aspen since the airport cannot accommodate larger jets, so short of taking a private jet, this is probably the best option.