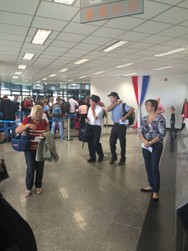 #66 out of 74 Airlines A minimum of 10 flight-reports within the past two years is required to appear in the rankings. 49 reviews

By lsmick3 2309
Published on 6th August 2015
Welcome to my first FR series and to the report of the third leg of my journey from Richmond, Virginia USA (RIC) to Asunción, Paraguay (ASU).

After a really comfortable flight down to Sao Paulo from Chicago with United, I had about three hours in Sao Paulo to connect with my flight to Asuncion with GOL. It was still pretty early in the morning and there was only a little foot traffic… 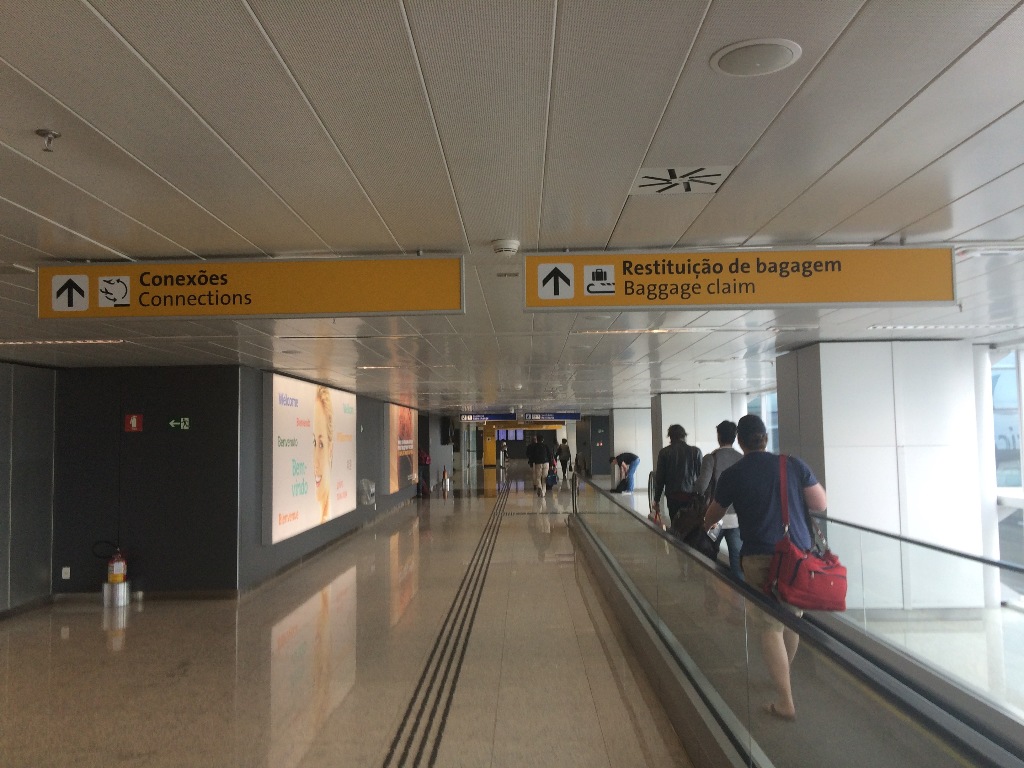 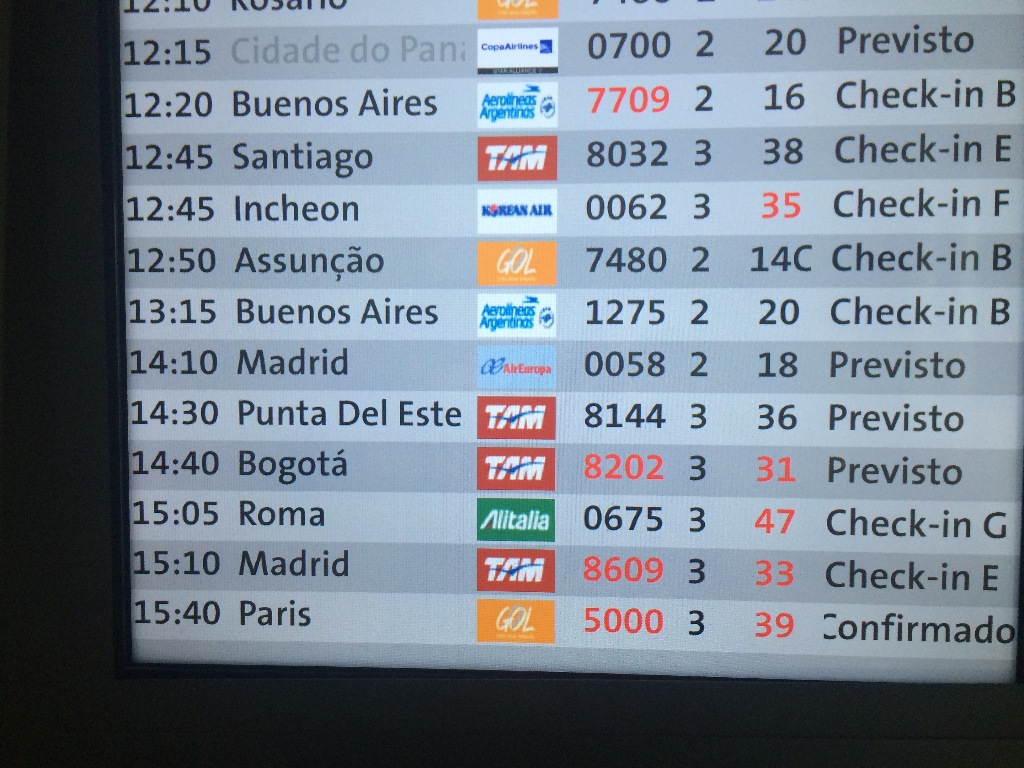 I had intended to go to a lounge while in Sao Paulo–but since I slept so well on the ORD-GRU flight and had already eaten and freshened up, I ended up just wanting to walk around to get some light exercise. I was also meeting up with my brother in law who was flying in to Sao Paulo for the same connection to Asuncion.

My brother in law was delayed getting in to Sao Paulo so we ended up meeting each other at the gate about 40 minutes before departure. 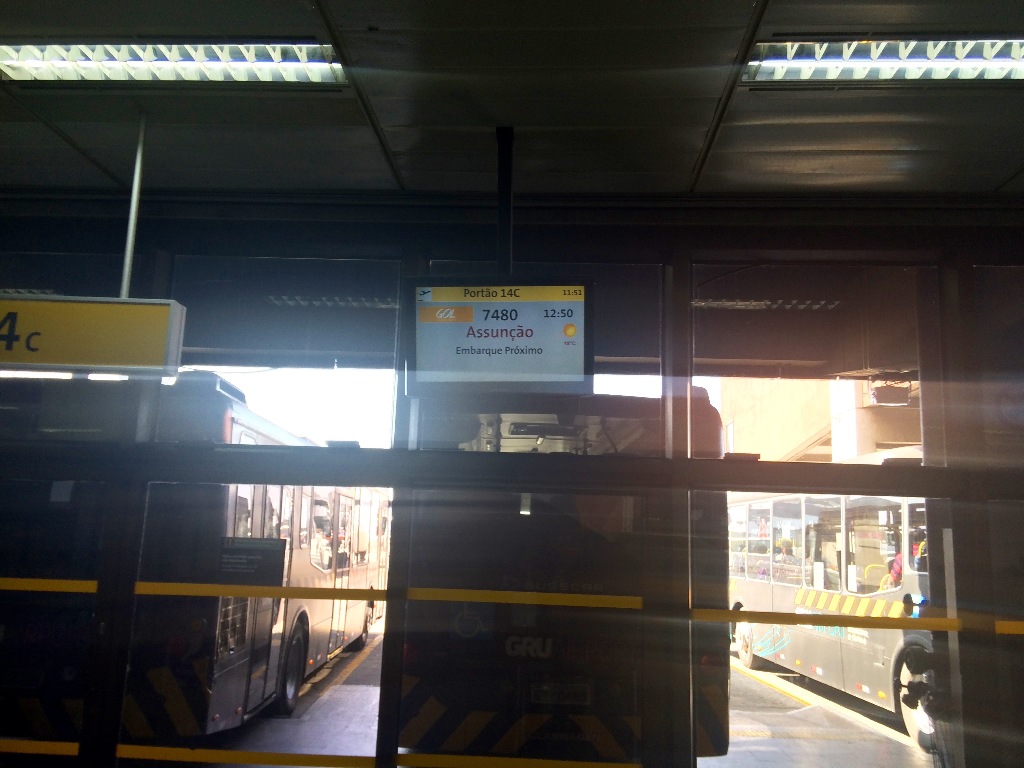 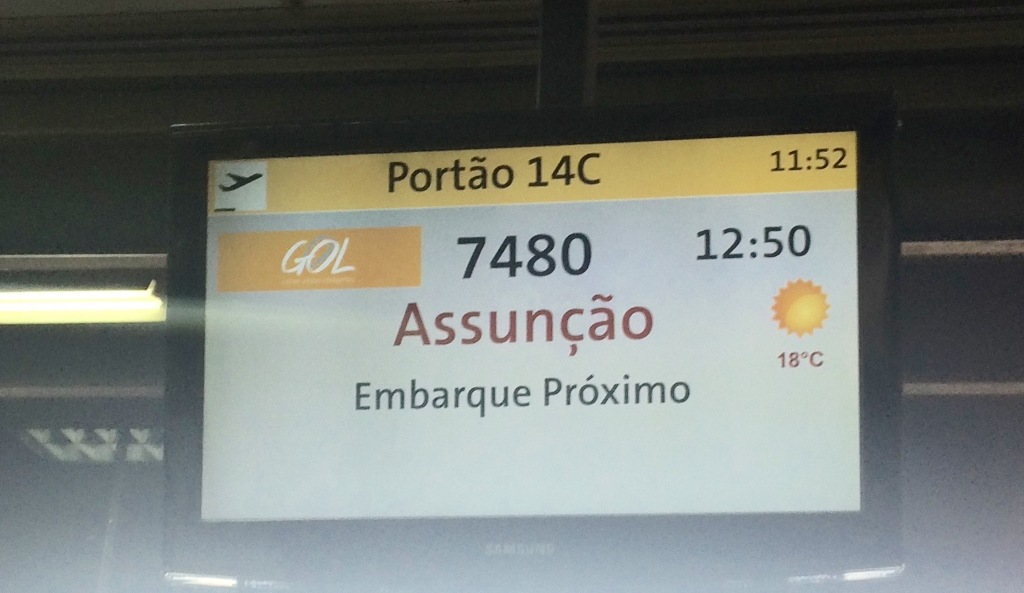 To get to our aircraft we had to board busses that would bring us directly there. 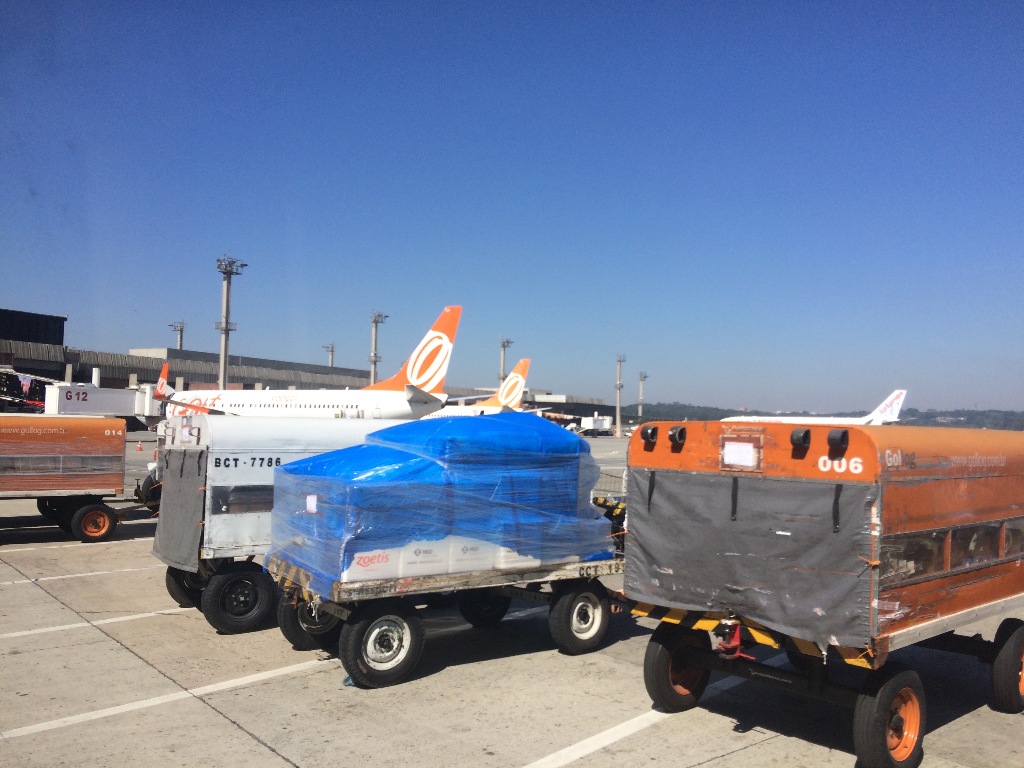 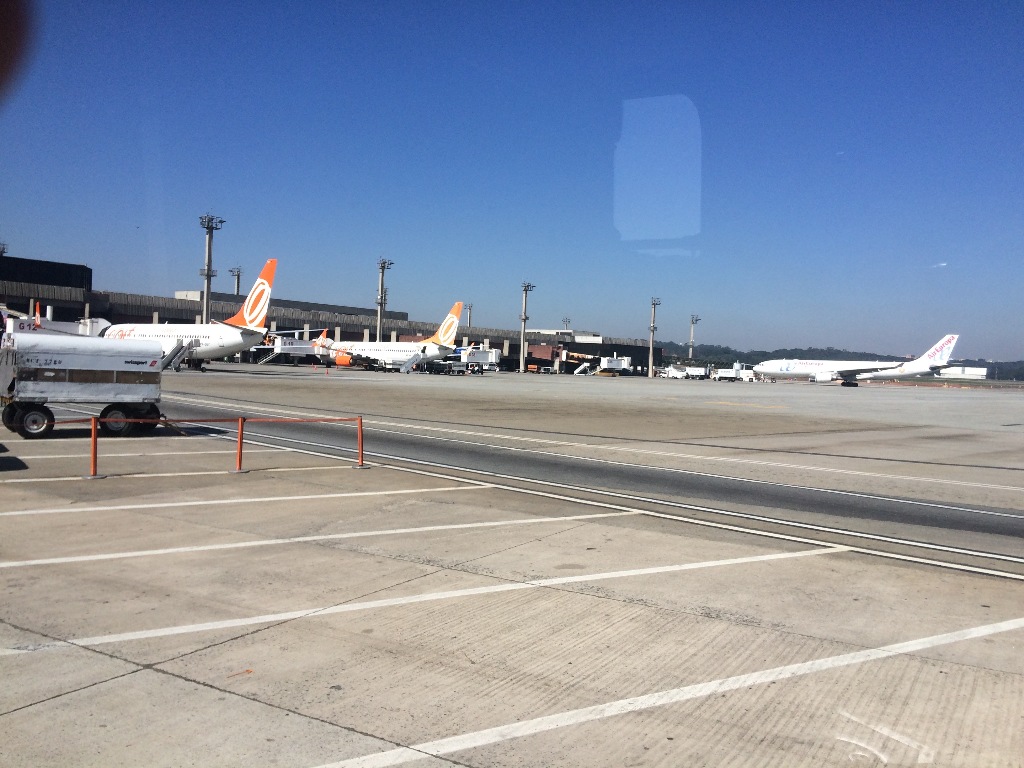 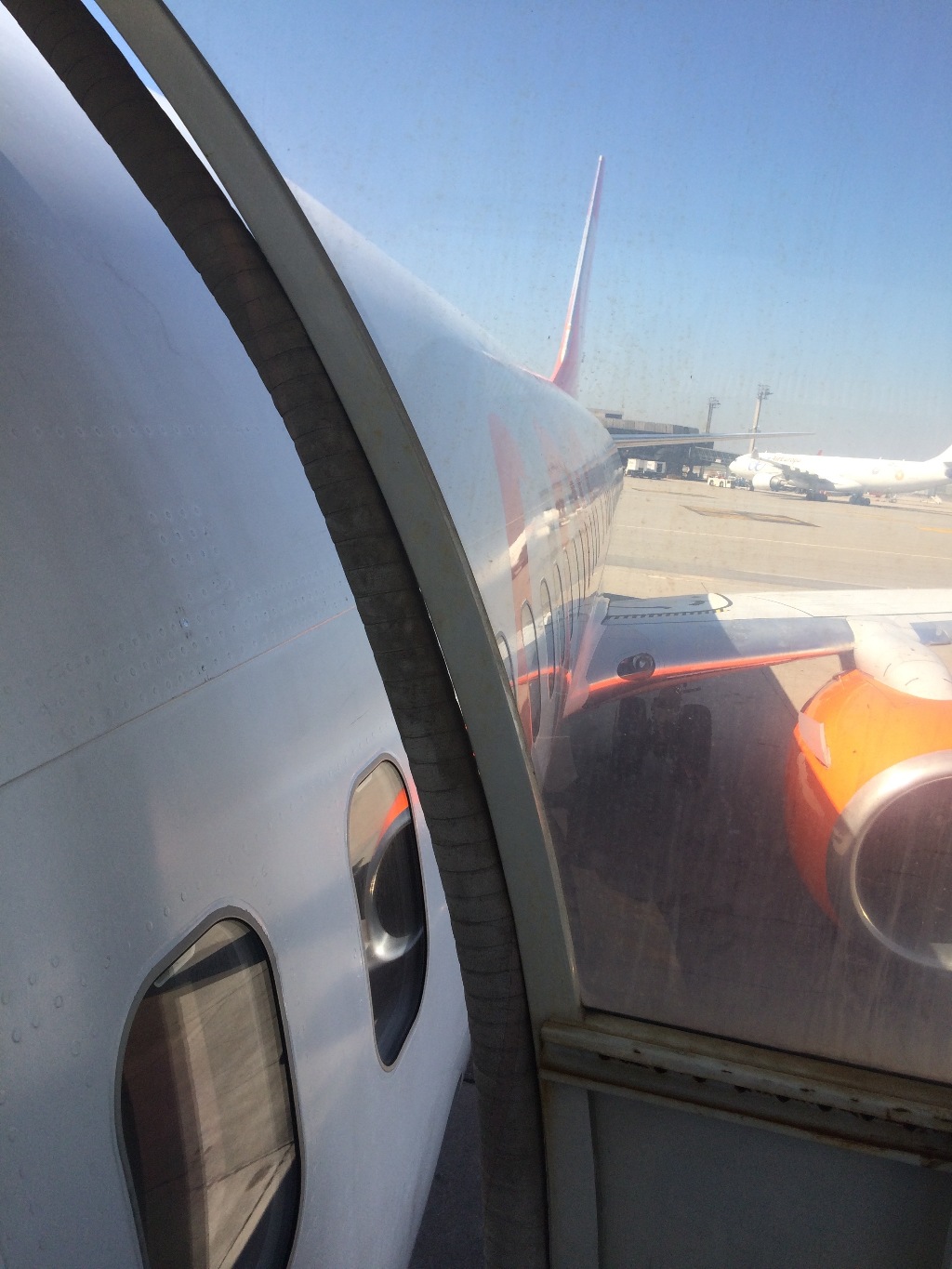 GOL operates single class cabins. The first three rows are premium in that the middle seat is blocked out. The FA's actually had their work cut up for them after the cabin door was shut as the flight was not full and people (including myself) spread out through the cabin. The FA's had to kick out people from the premium seats….and my brother in law was one of those who tried to sit in one of the premium seats…and he about had the FA convinced to let him stay there until the lead FA asked him to find another seat.

After just getting off of a rather cozy flight down in UA's BusinessFirst, it seemed a bit tight to be back in coach…but the leg room and seat pitch were very, very average. After we spread out through the cabin, I was in an aisle seat with the middle seat remaining open.

I love flying to Asuncion because you always get a really neat, diverse population. You hear languages ranging from Spanish, Guarani (an indigenous language that is the second official language of Paraguay), lots of German, Portuguese and English. On this flight, however, all the service and announcements were in Portuguese and English only! Thought that was a it funny especially since our destination was a Spanish speaking country.

A group of Mennonites destined for the Paraguayan Chaco were in the row behind me and it was delightful hearing them talk about their expectations of what they'll experience :) A German expat couple sat across the aisle from me and we chatted a bit in German about my connection to Paraguay and about their travels. Some traditionally dressed young Mennonite men were two rows in front of me. It all made me smile–since being welcomed into my husband's family I've always felt at home in Paraguay when we visit. 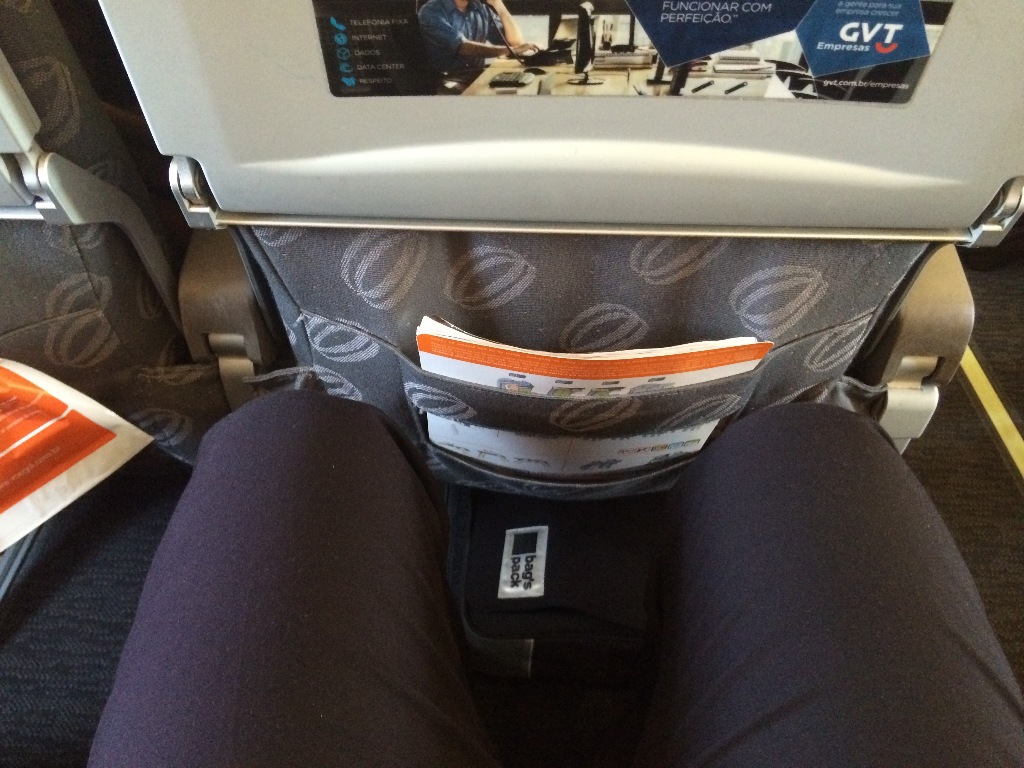 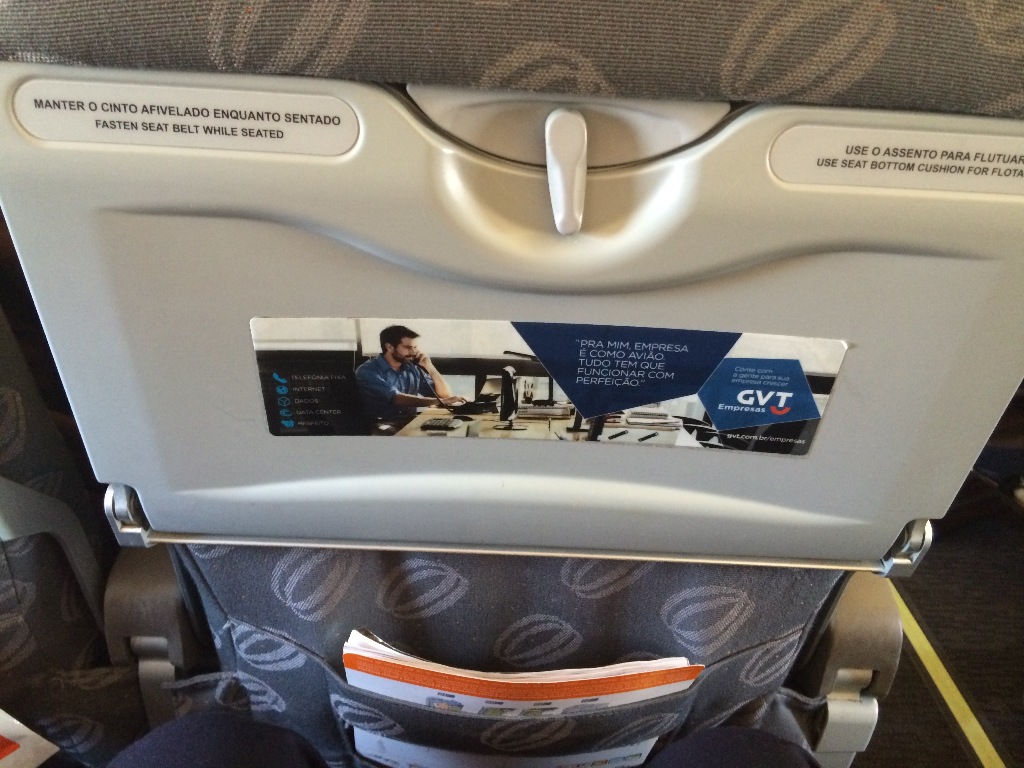 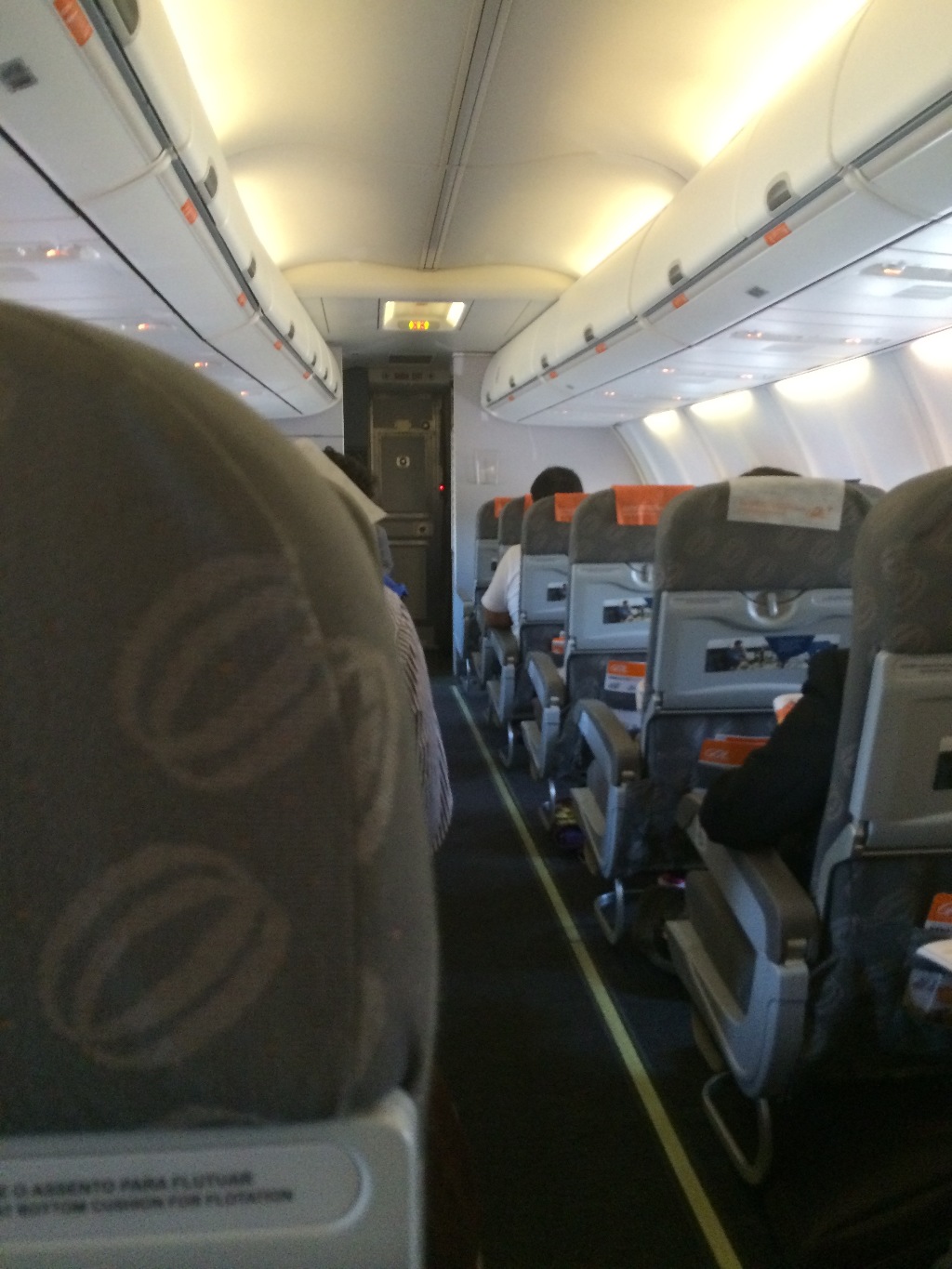 We had an on time departure and I was looking forward to getting something to eat. I wasn't hungry while on the ground and I actually wanted to try out the GOL catering even if I had to pay. During taxi and takeoff I reviewed the menu… 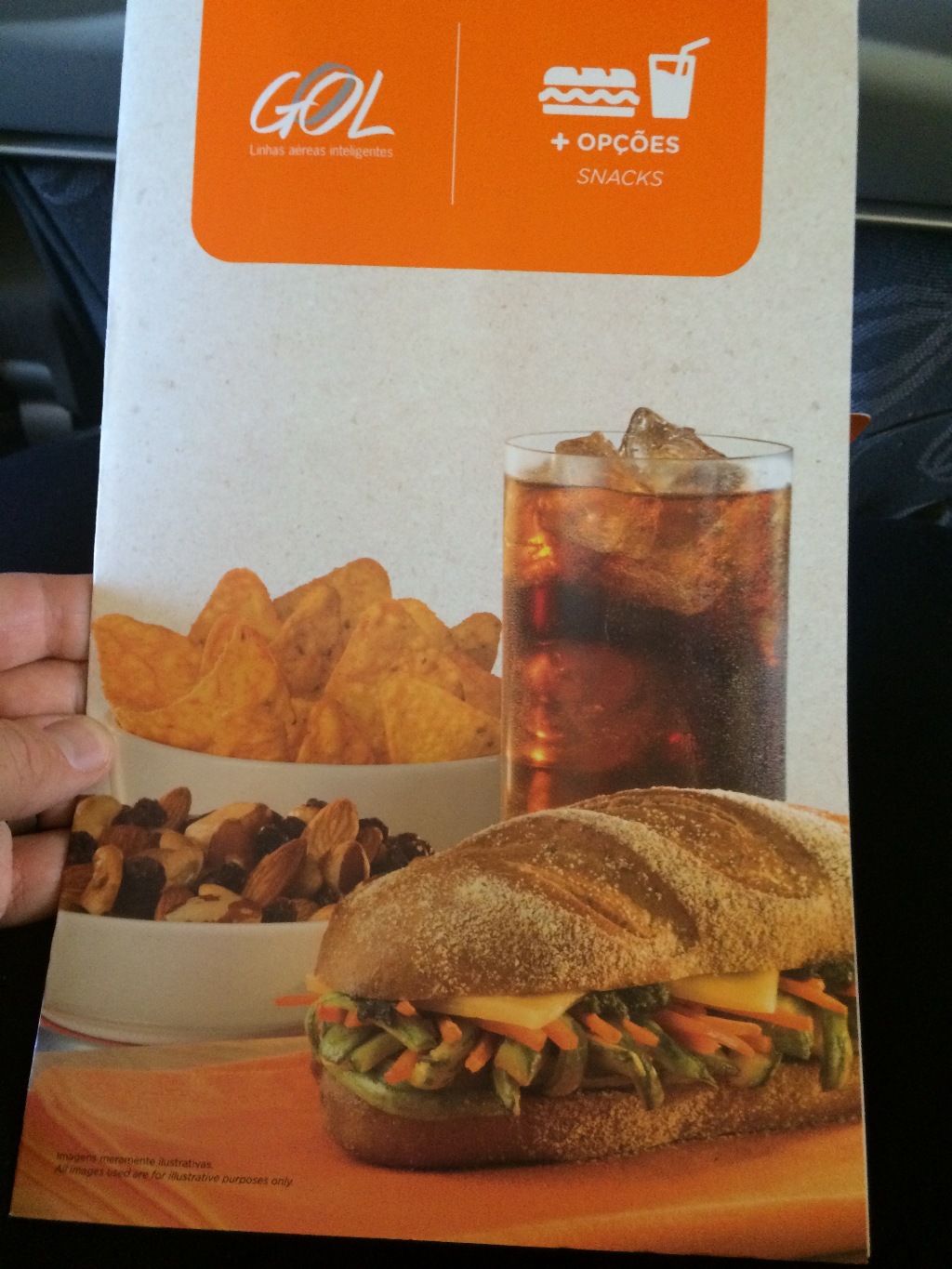 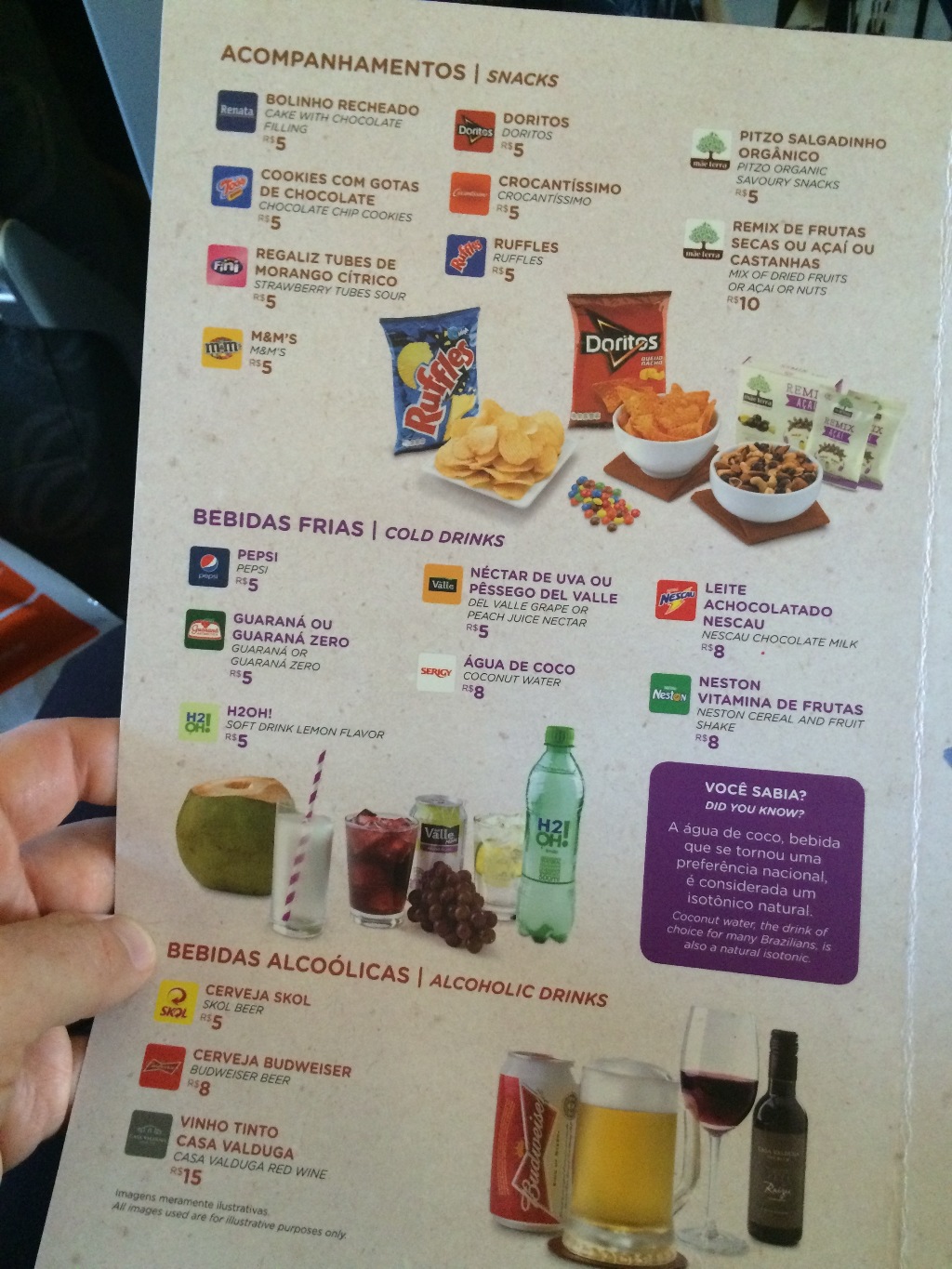 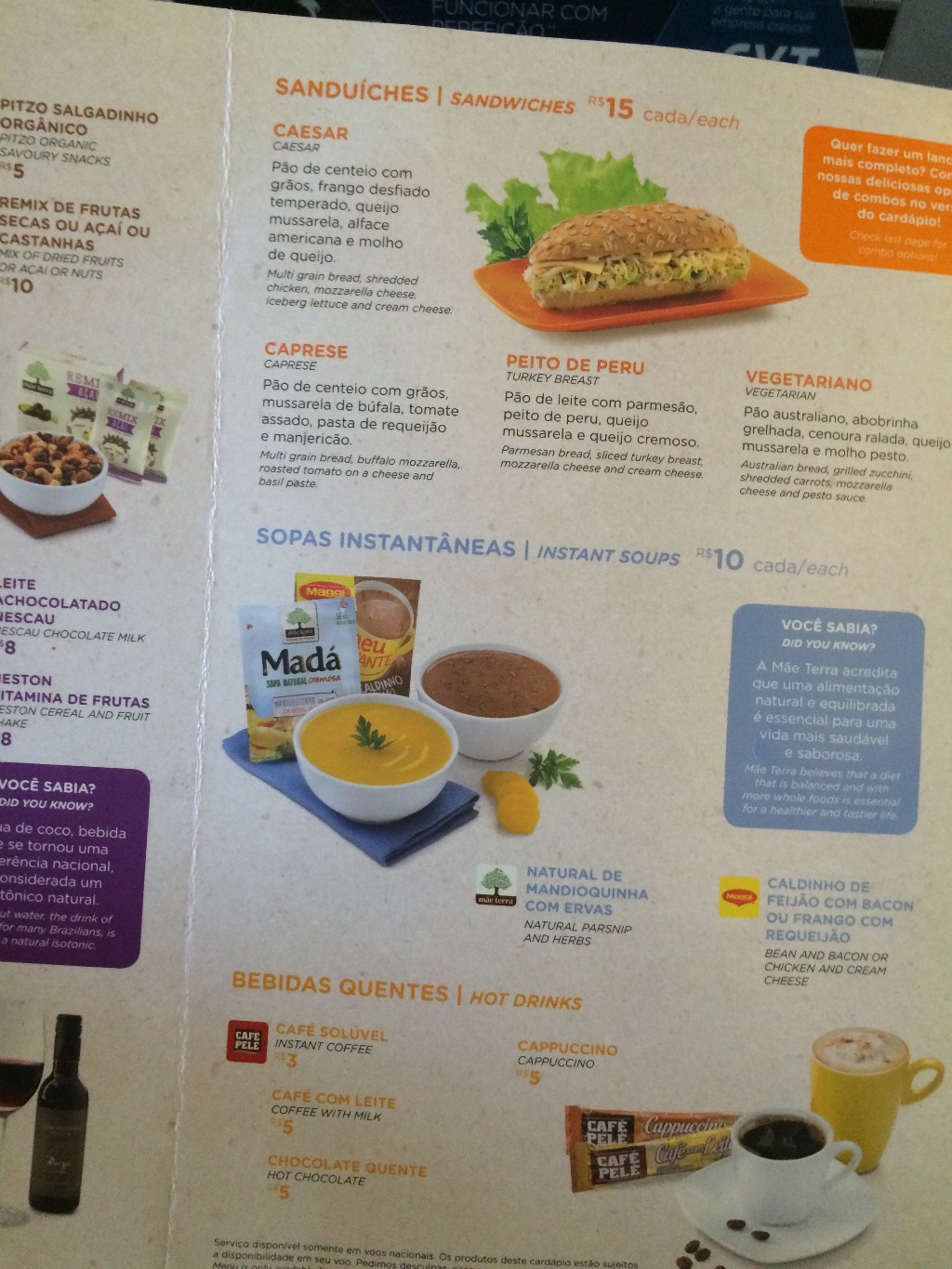 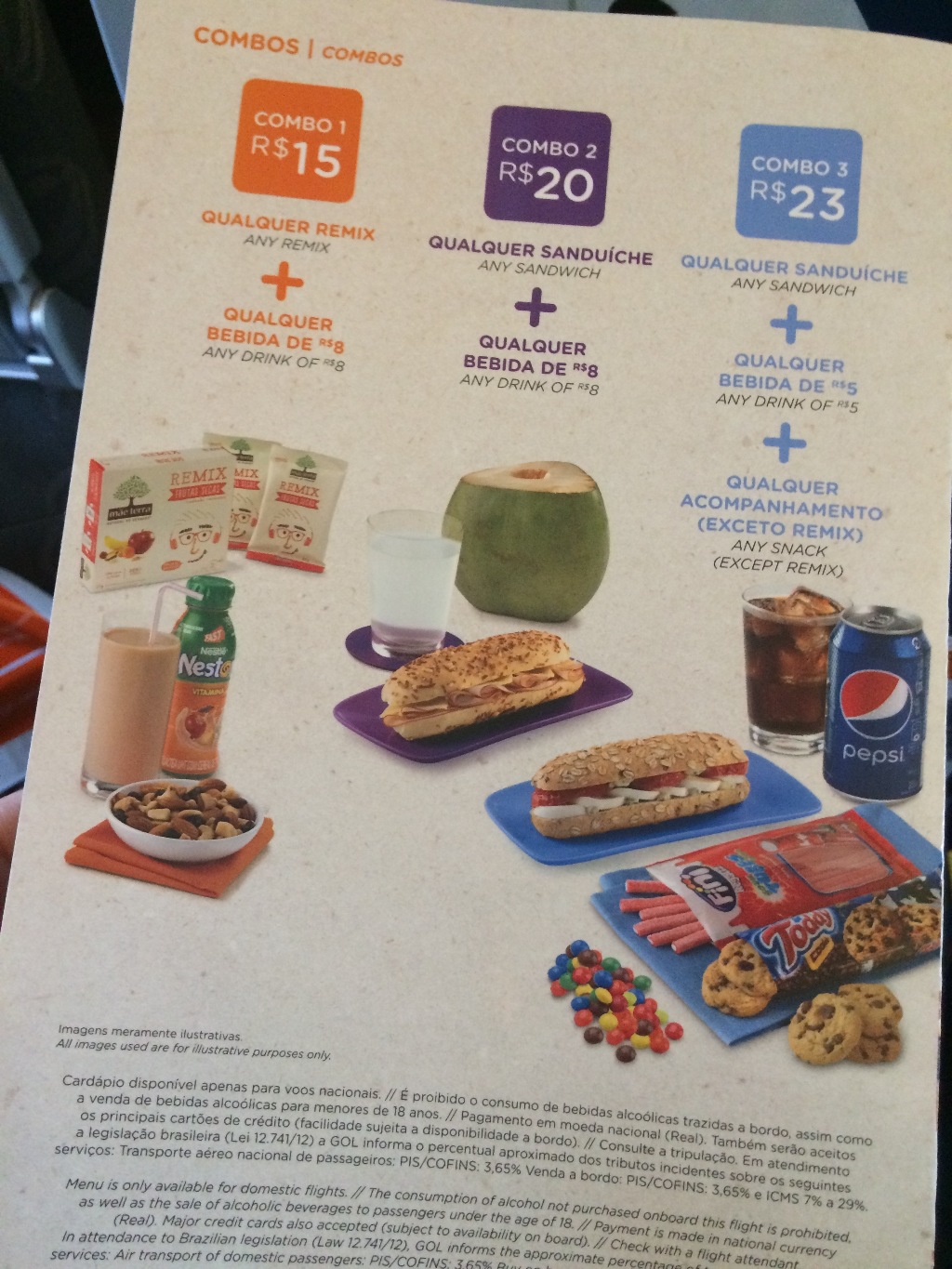 Thirty minutes into our flight, the beverage service started and, to my surprise, free sandwiches! To drink I was very tempted to have Guarana Antartica…a real treat for me…but I was already pretty caffeinated and didn't need to be too jittery–after all, I had to hit the ground running in a suit upon arrival in ASU. I had the Caprese sandwich and just some plain water. The sandwich was pretty standard…nothing really to report here… 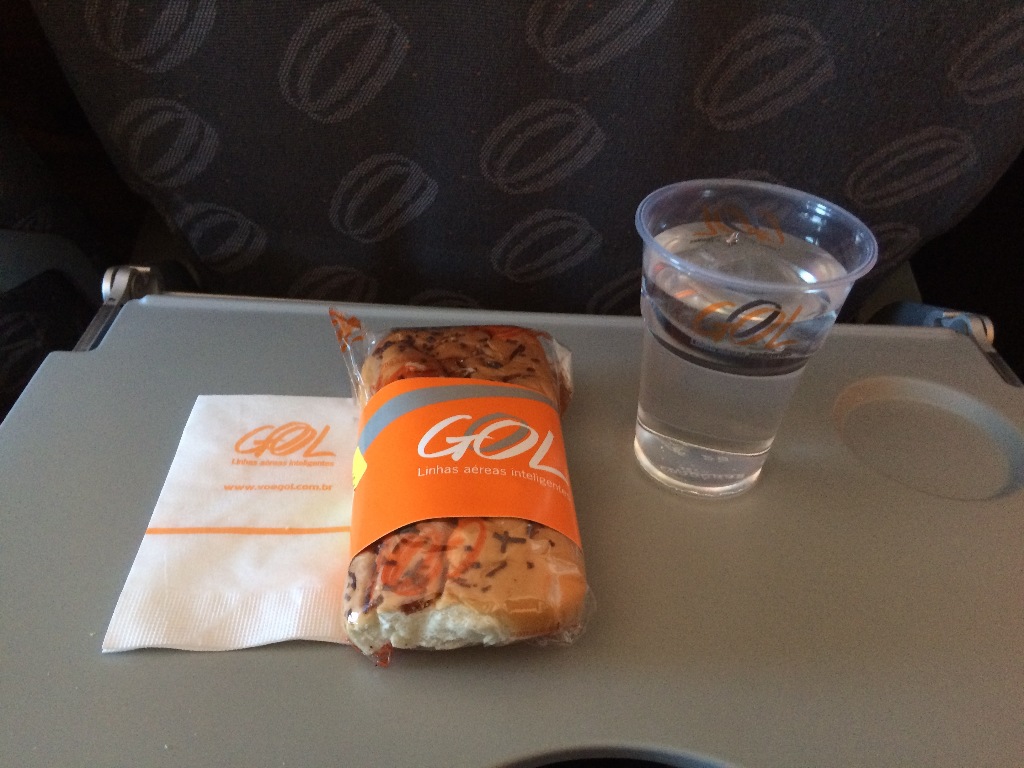 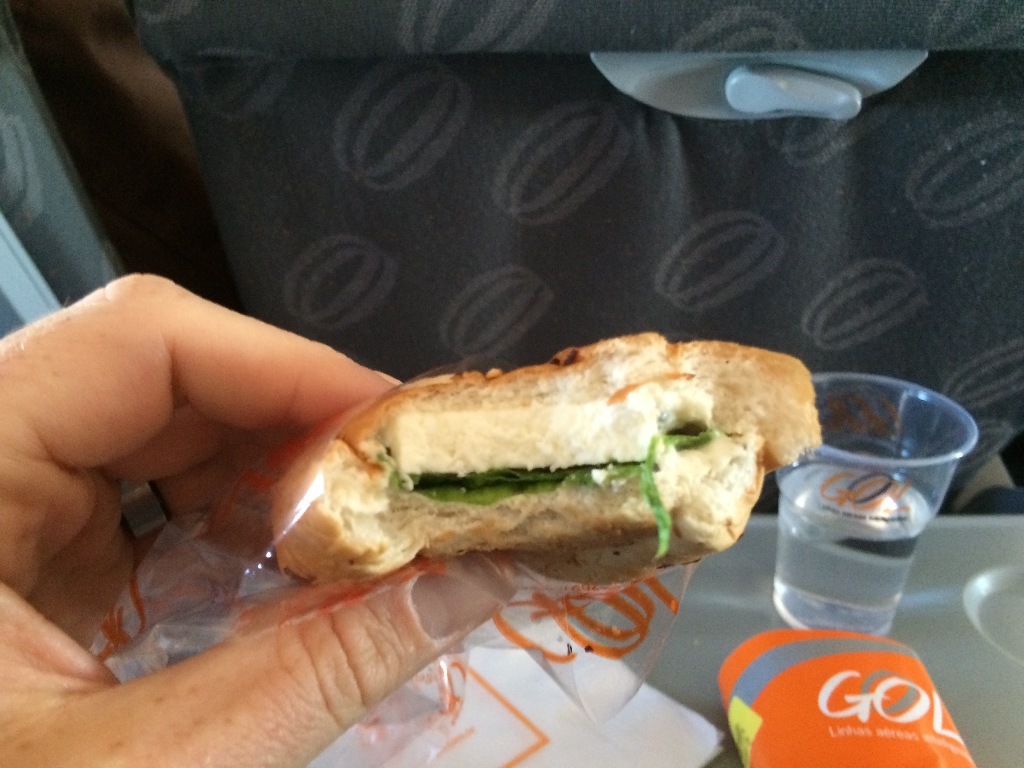 After the meal, Paraguayan customs forms were distributed… 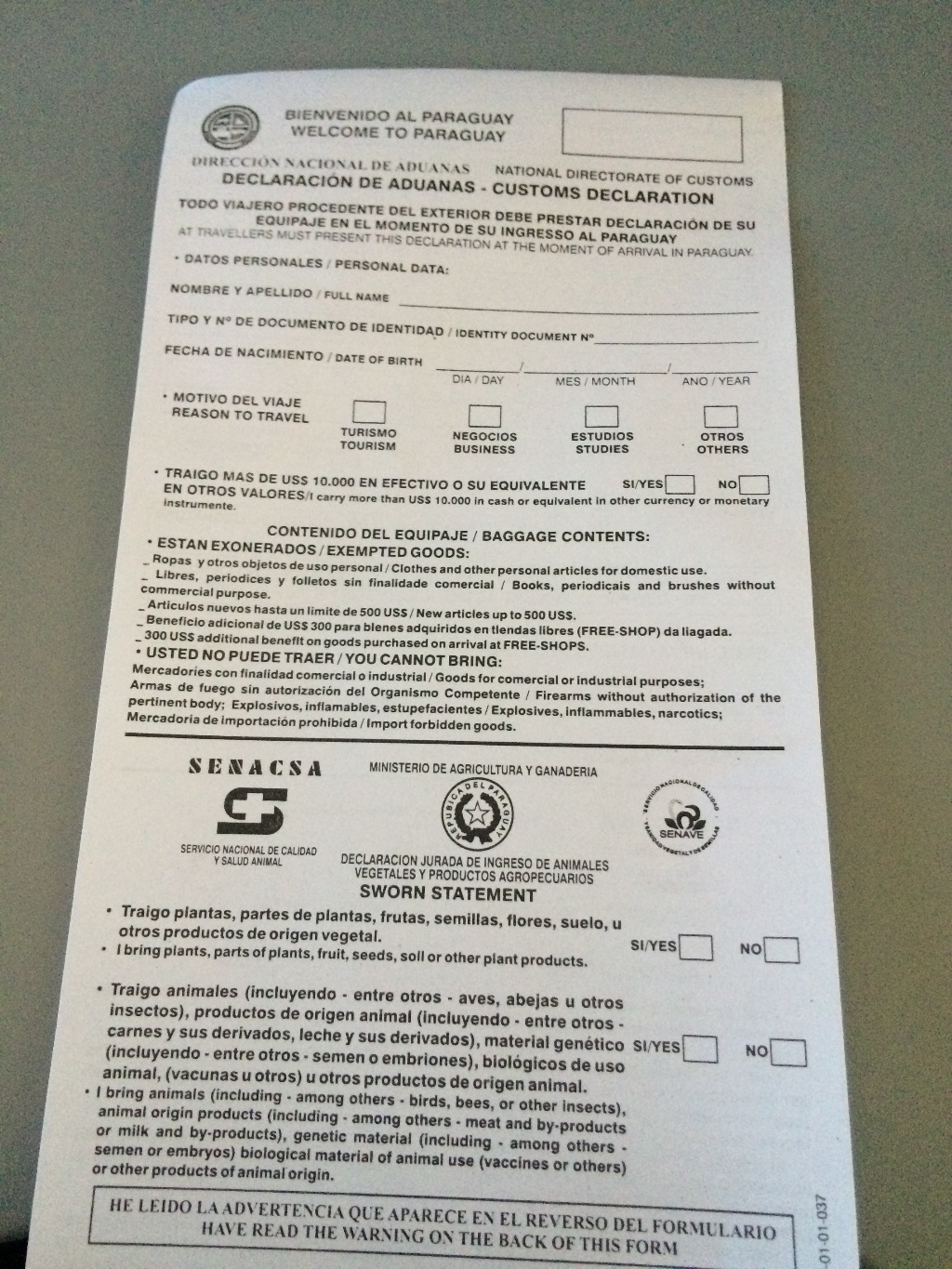 After an uneventful and comfortable two hours, we arrived in Asuncion. Note the welcome signs for the Pope in both Spanish and Guarani are still up at the airport (and all throughout the city for that matter…) My brother in law and I were expedited through migration, so I can't really report regarding the efficiency of the inbound system on this trip other than seeing that it moved at its typical glacial pace. Since I already hold a multiple entry Visa to Paraguay that I got from the Washington Embassy, I didn't have to cough up the US$160 for the 90-day arrival visa (which is a reciprocal style program).

Paraguay lacks a national flag carrier. They had one through the Stronato and Sol del Paraguay existed in from 2010-2012(ish). I got a smile when I spotted one of the old aircraft at the airport…perhaps its still used as a charter?? 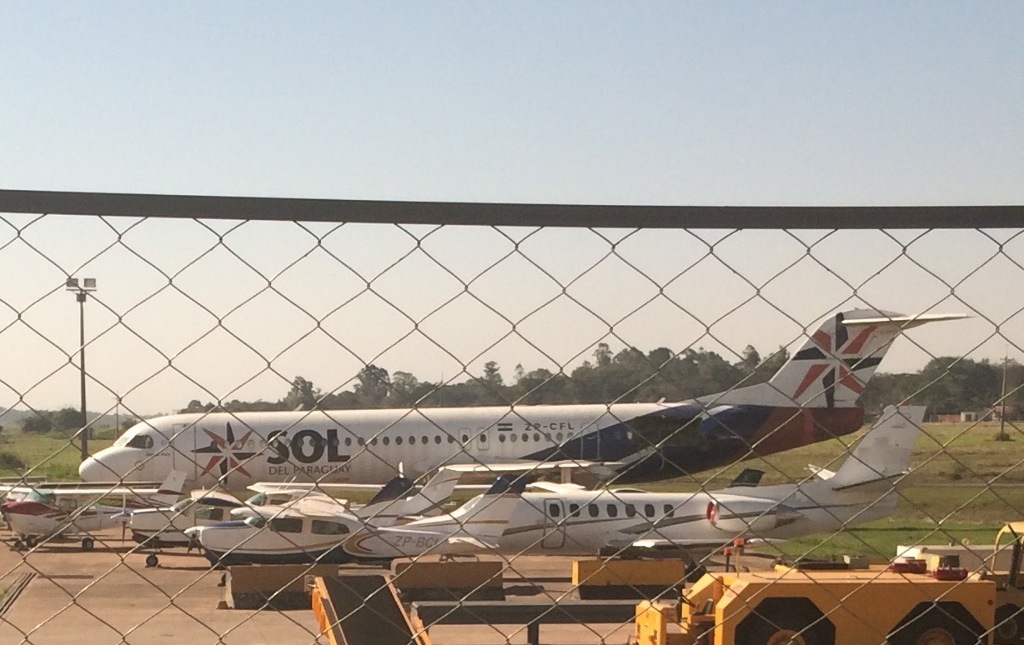 All arriving international passengers are forced through the duty free. 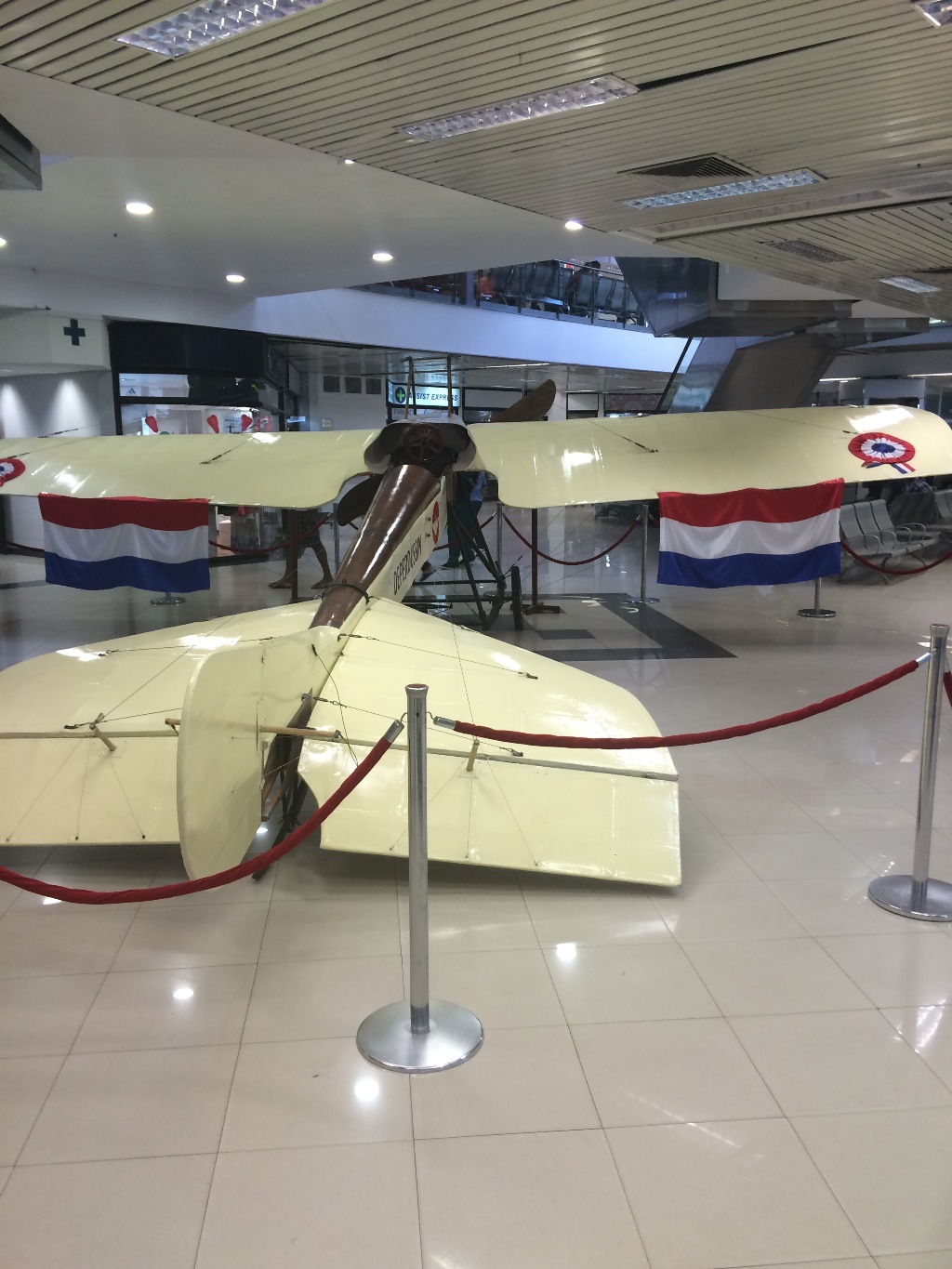 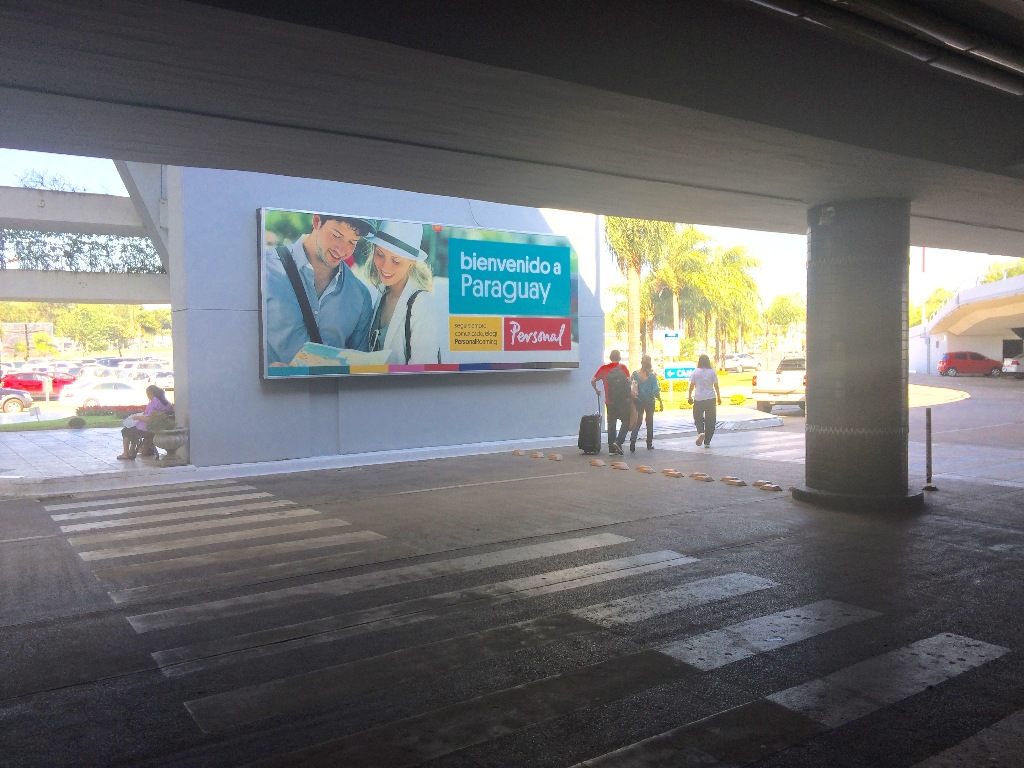 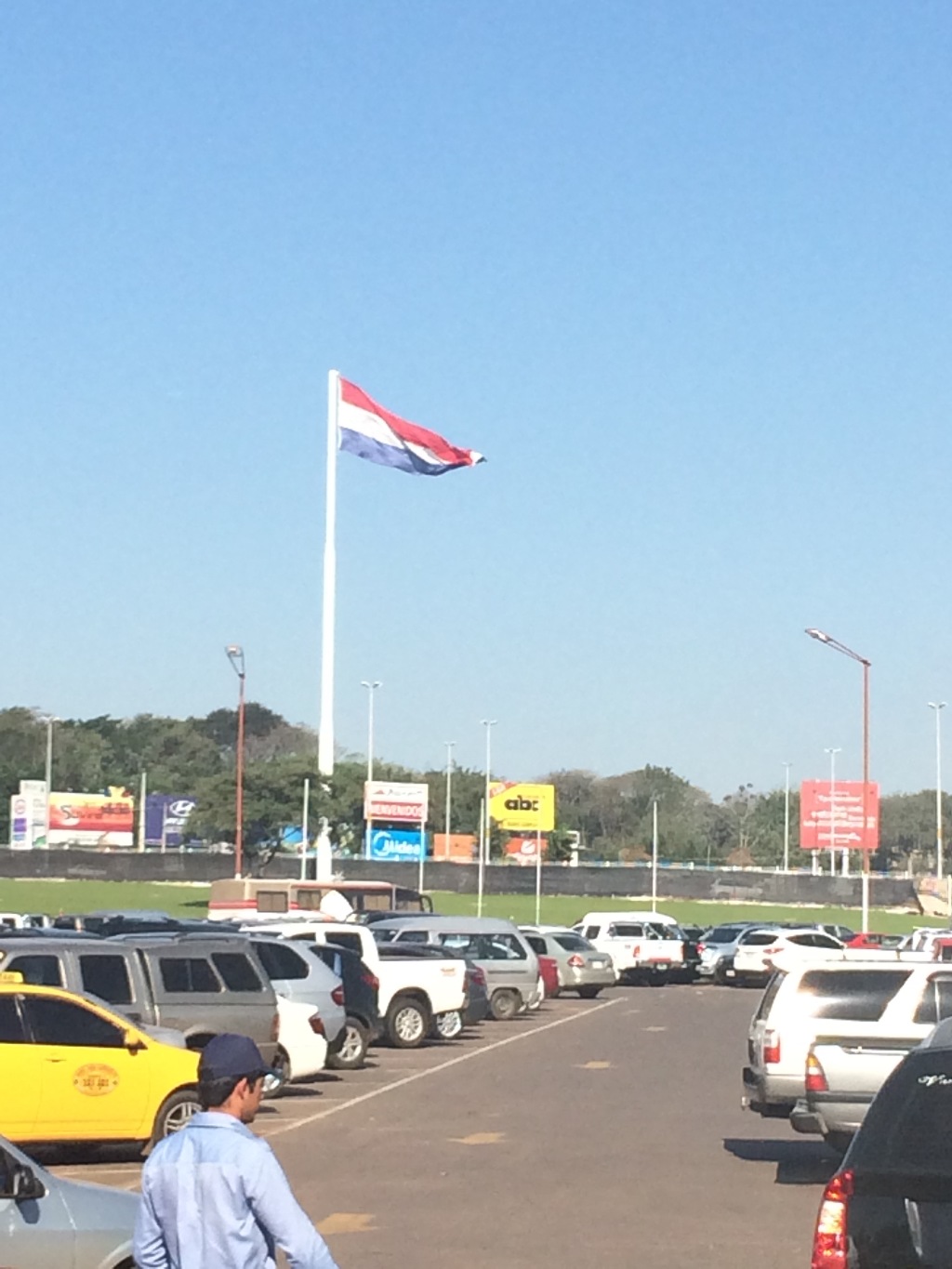 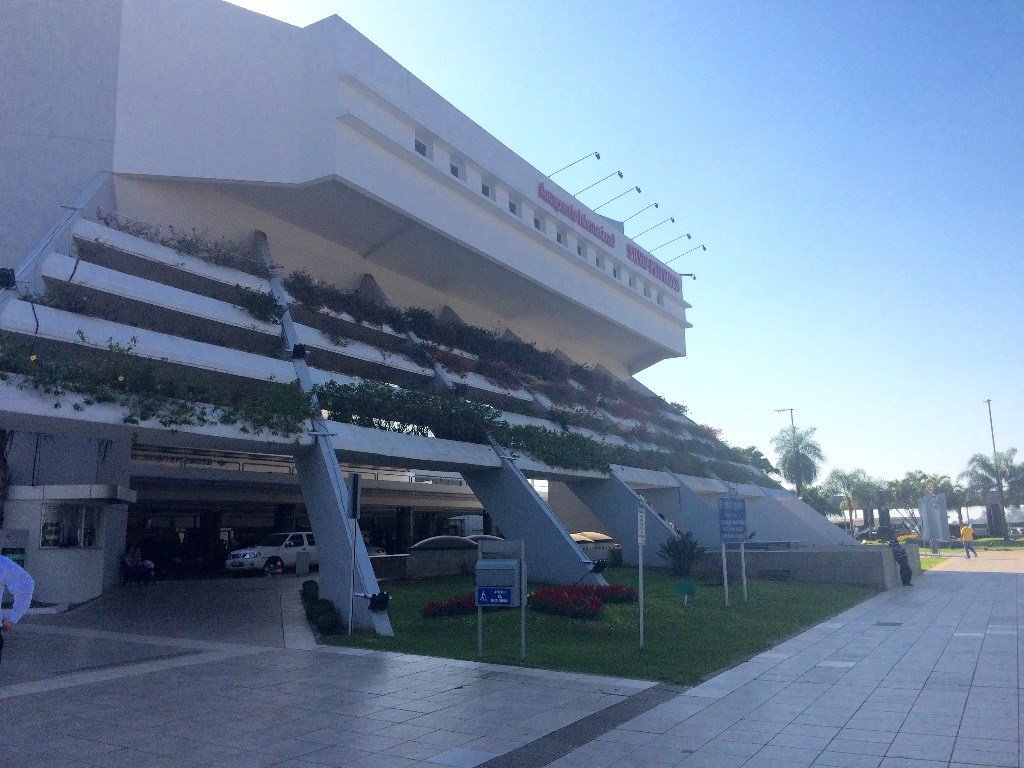 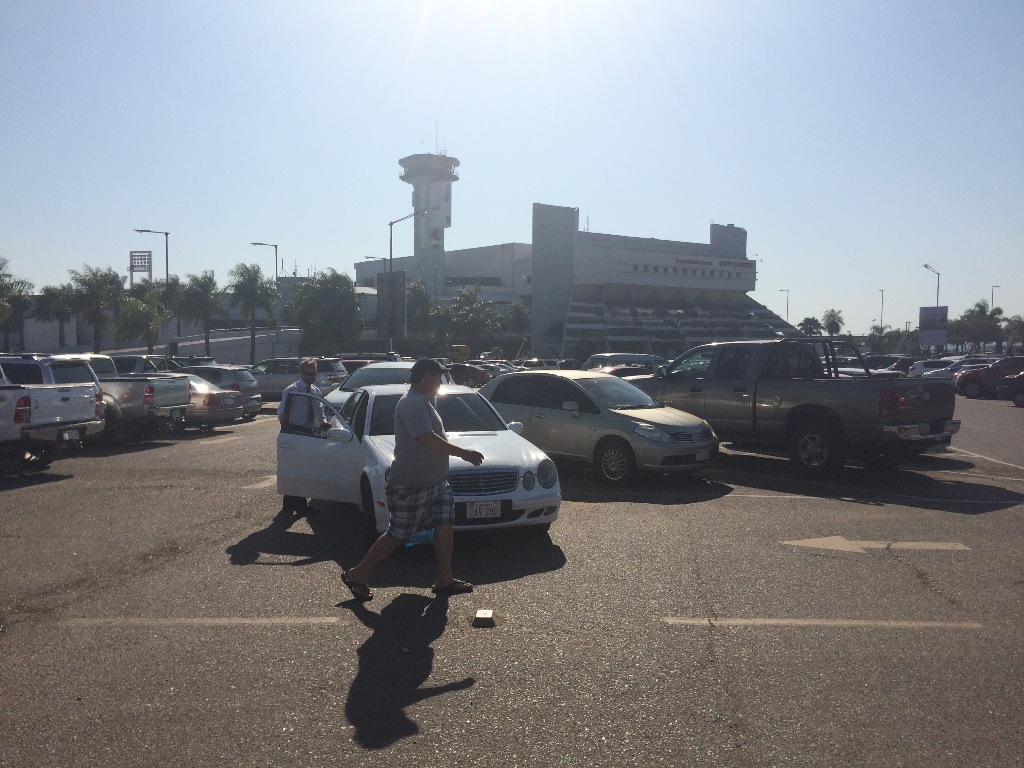 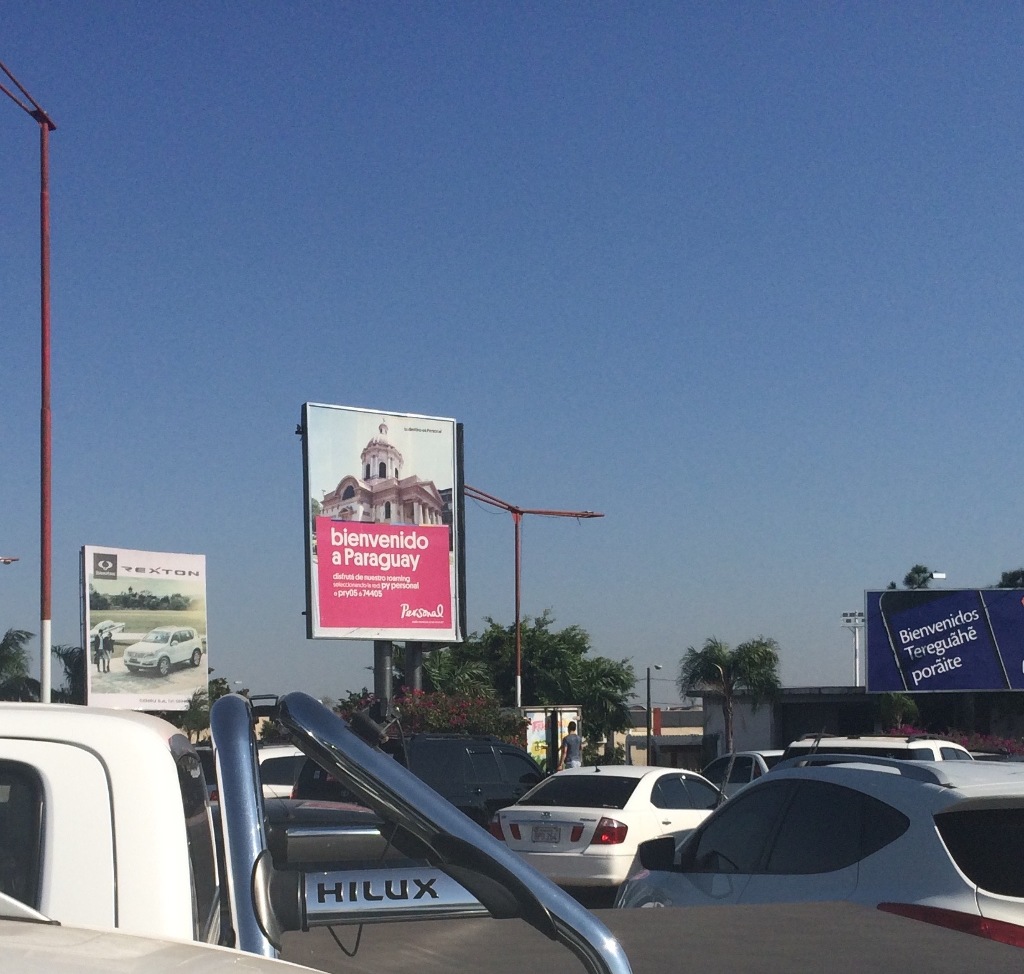 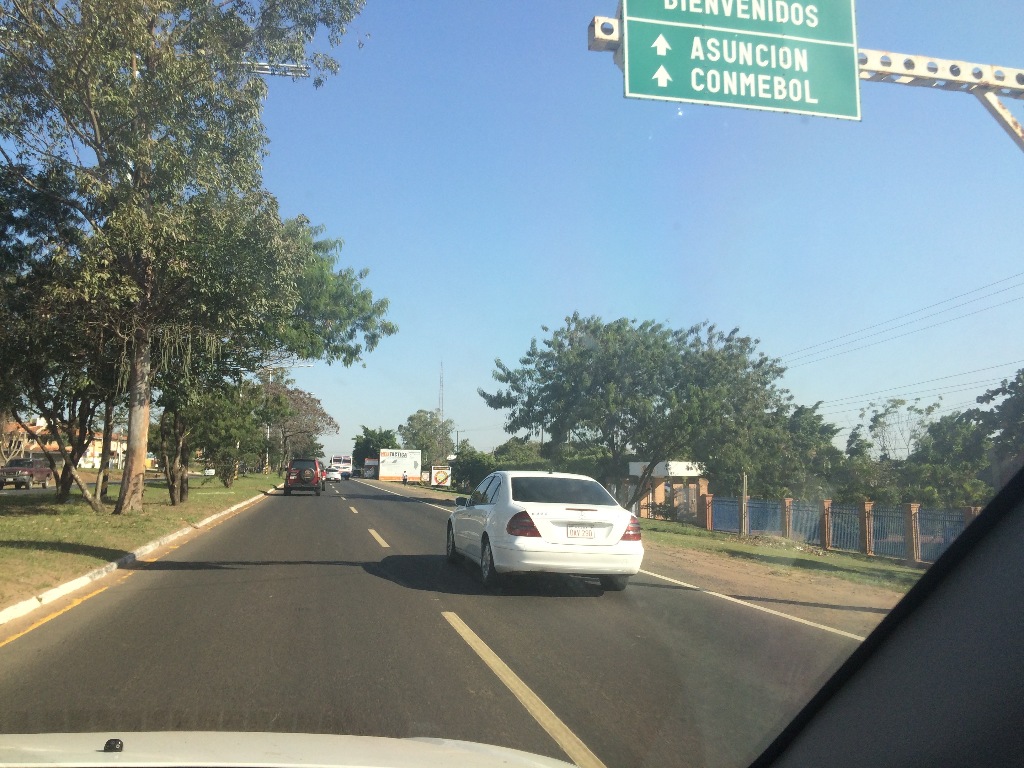 GOL was very comfortable and I was happy to receive the complimentary sandwich.

Travelers experiences in ASU can be very different depending on class of service upon arrival or departure. Immigration and security move at a glacial pace and the day we arrived it seemed that they were caught off guard with our flight's arrival. If you do need to buy a visa, you must purchase it with exact change, cash only using USD.

He wrote 14 reviews about 8 airlines and 17 airports.