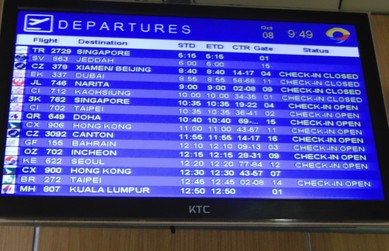 I came from an earlier flight and arrived around 7:15am at NAIA Terminal 2. Getting to NAIA Terminal 1 from Terminal 2 was VERY difficult. I waited for the Shuttle transfer but they're all going to Terminal 3. They told me to WAIT for the one bound to Terminal 1. There were no clear signs as to which terminal the bus is going.

It took me an hour to wait for a TERMINAL 1 BOUND shuttle, none arrived. Furious, I decided to take a taxi and cost ten times more than the shuttle bus. Yes, shuttle transfer in MNL is not for free.

This is one service Manila airport has failed to fix and improved. And the taxis as well! They have a very bad reputation to both locals and tourists.


Checking-in. I was one of the passengers to check-in early. It wasn't a rush hour yet, so the check-in area was LESS crowded. On the way to the east wing of Terminal 1. 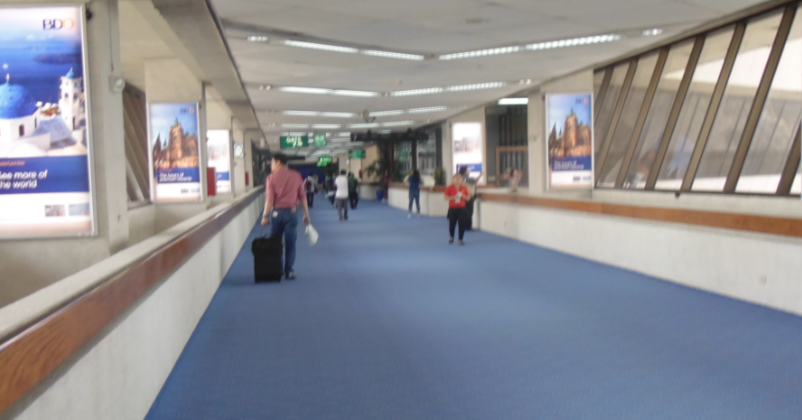 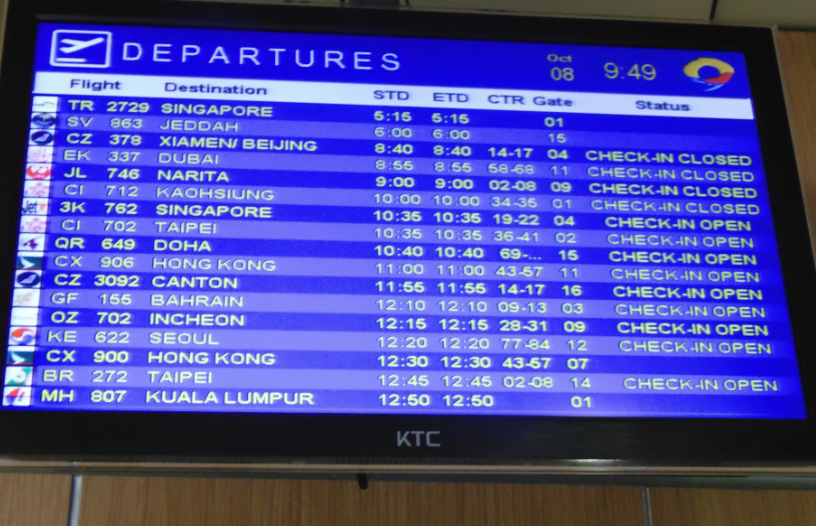 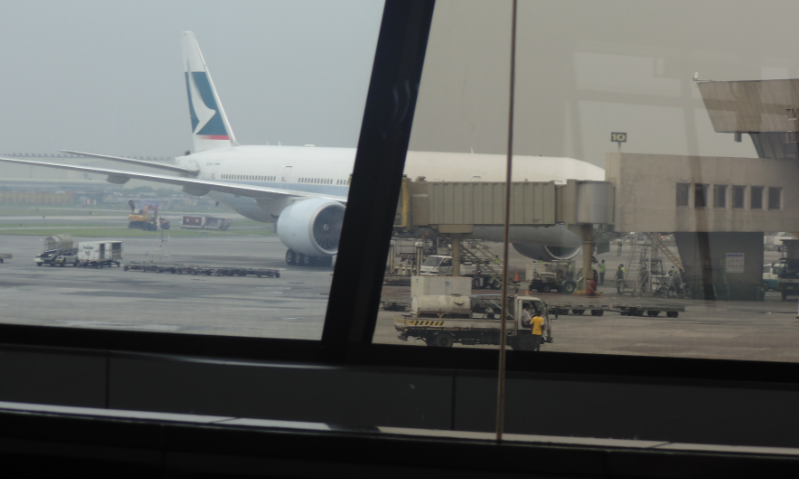 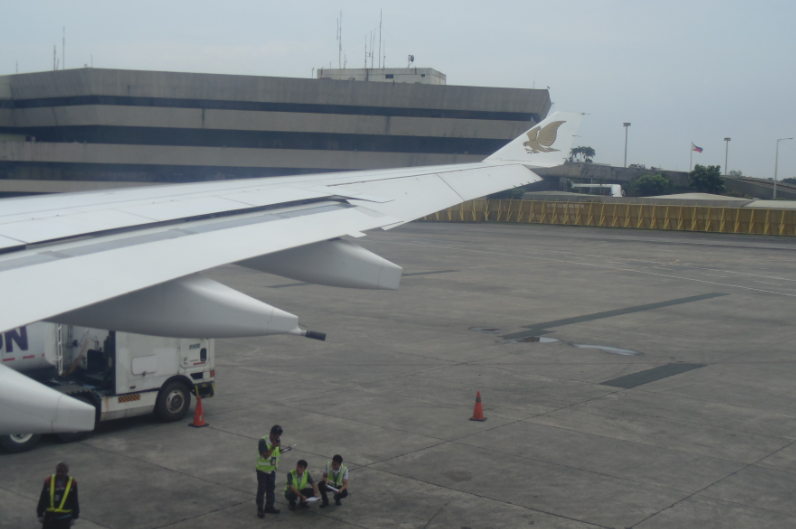 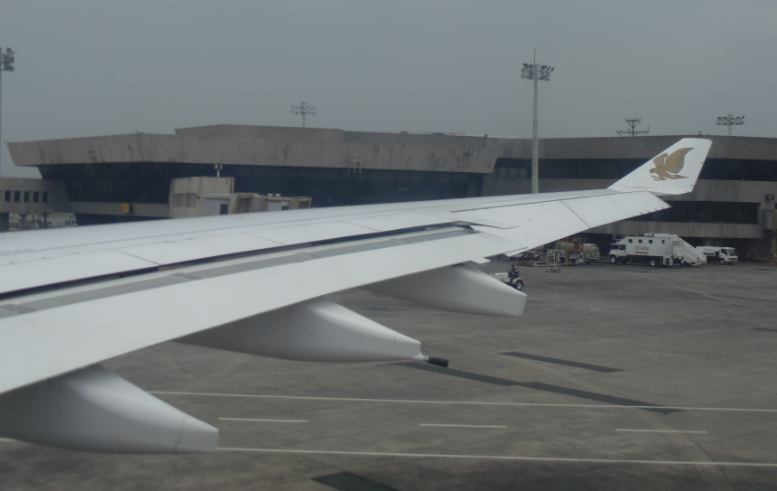 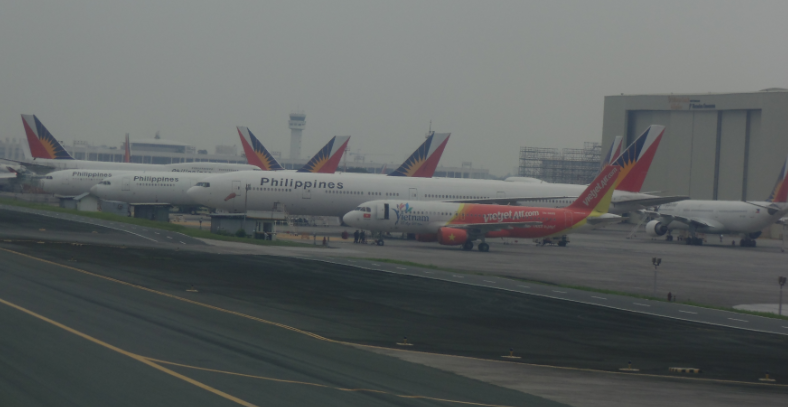 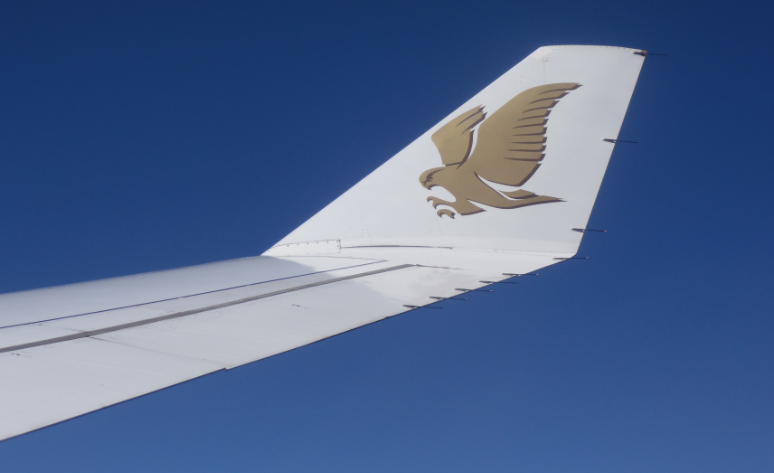 An hour after take-off lunch was served.

There was only one option: Chicken

Meal includes A potato salad, pineapple cake, a pack of biscuits, a bun, and some condiments 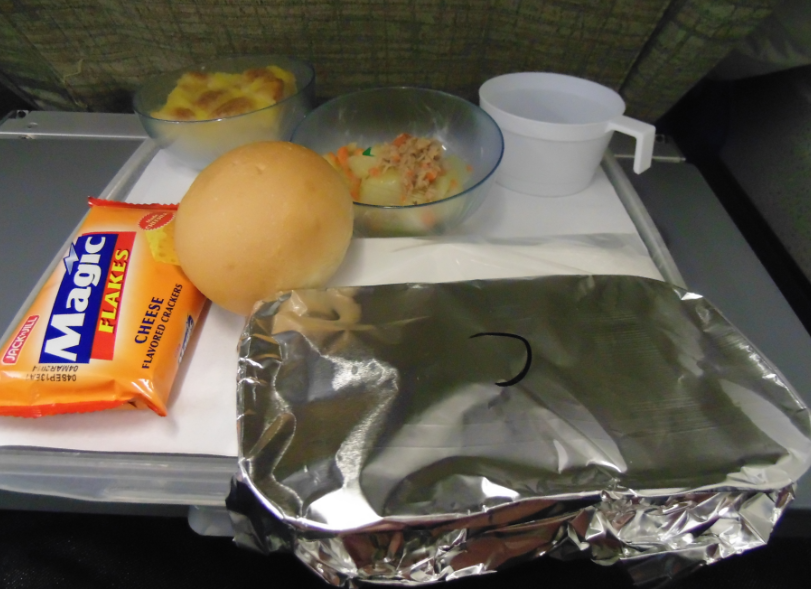 Presentation may be dull but the meal was really good and tasty. 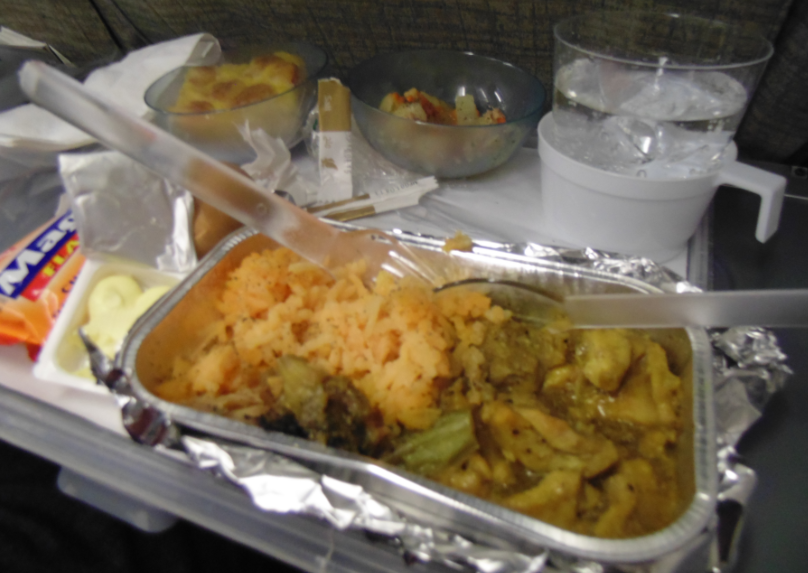 IFE IS AVAILABLE This is the older version of Gulf Air's IFE.

As far as I know, Gulf Air is introducing a new and modern cabin product on their A330's. 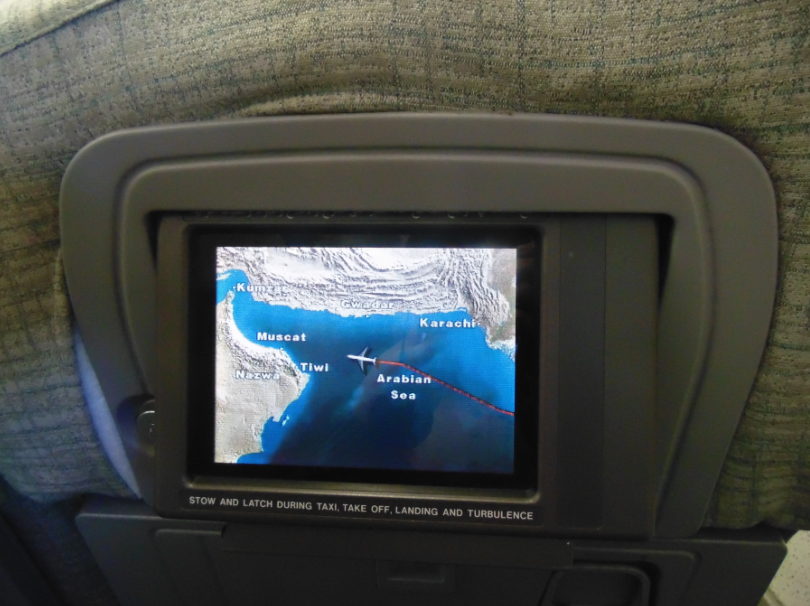 The selection of movies and TV shows were very limited. I just played some music and stared at this…

I took a nap, and when I woke up we are already approaching Middle Eastern airspace. 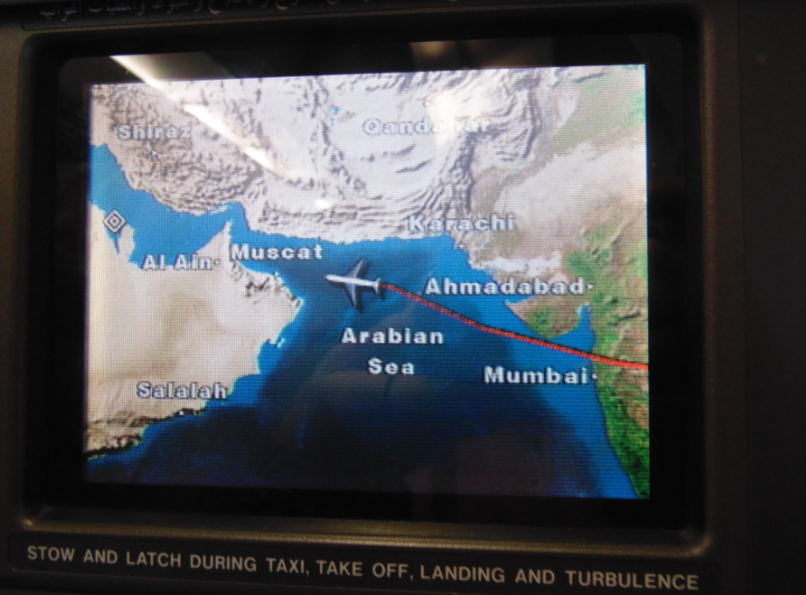 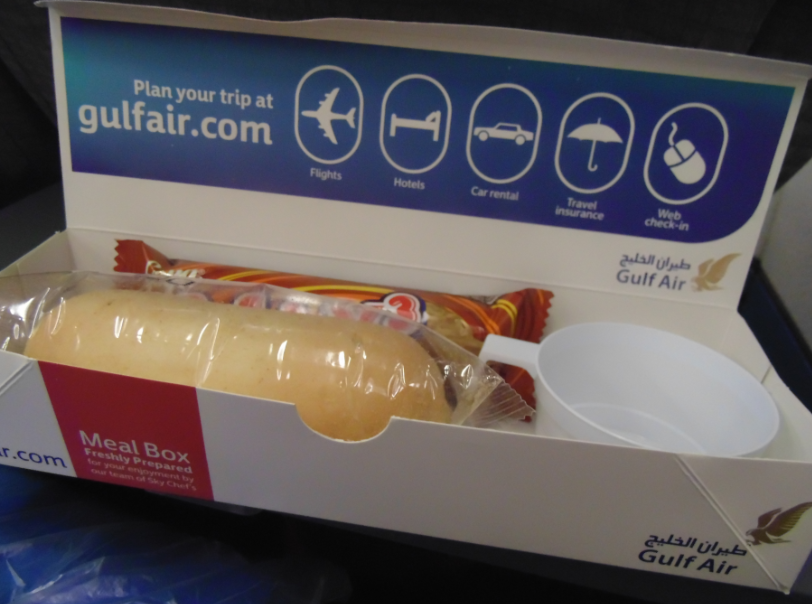 A very good sandwhich with a generous portion of chicken asado filling.

Gulf Air's second meal service on this route is much better compared to that of Etihad's (see my EY428 TR). 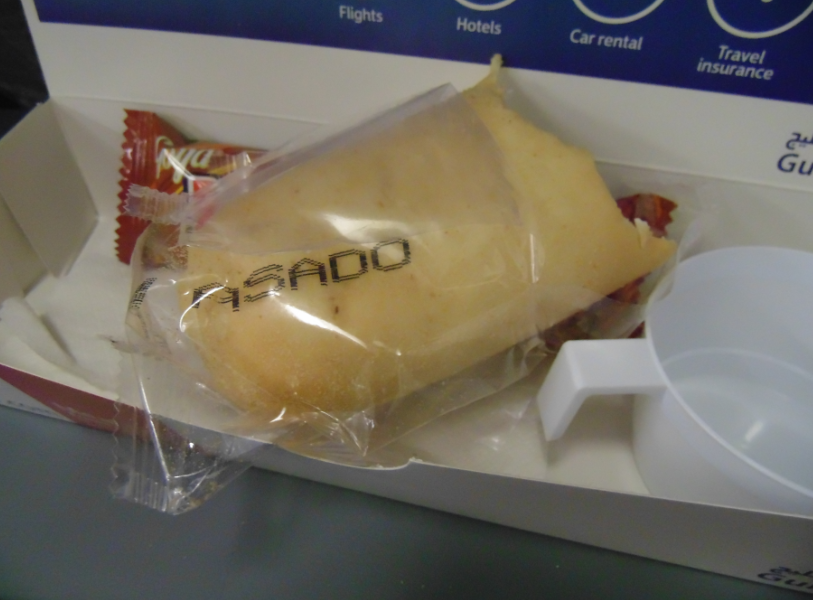 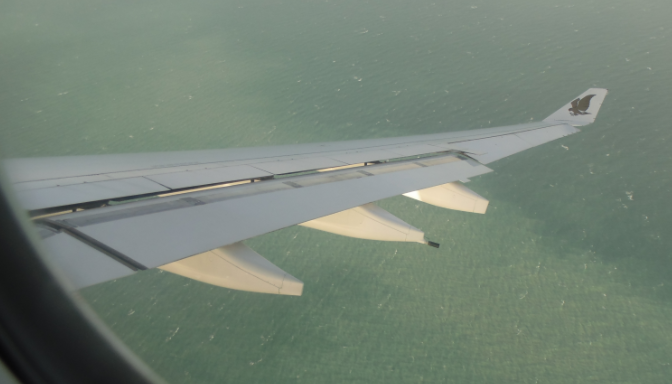 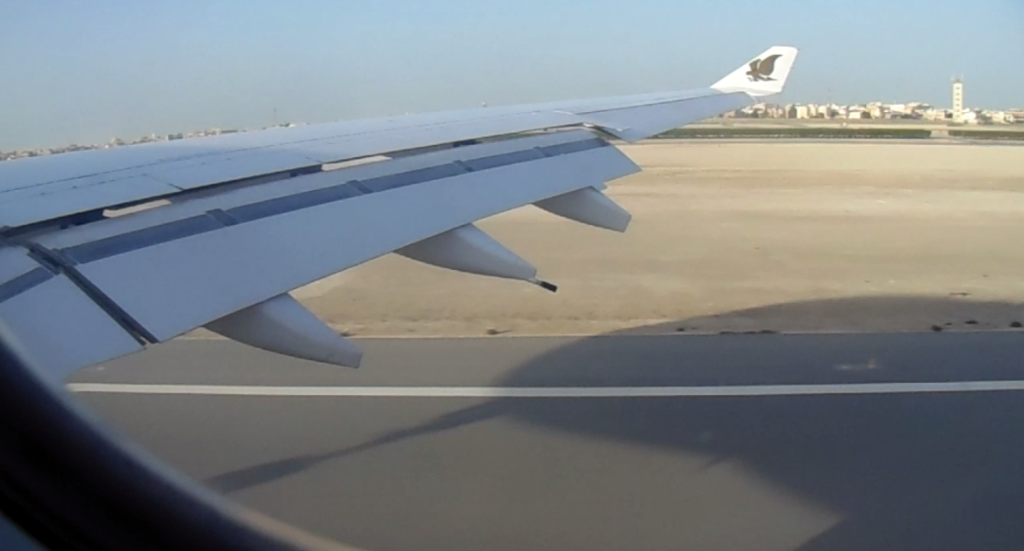 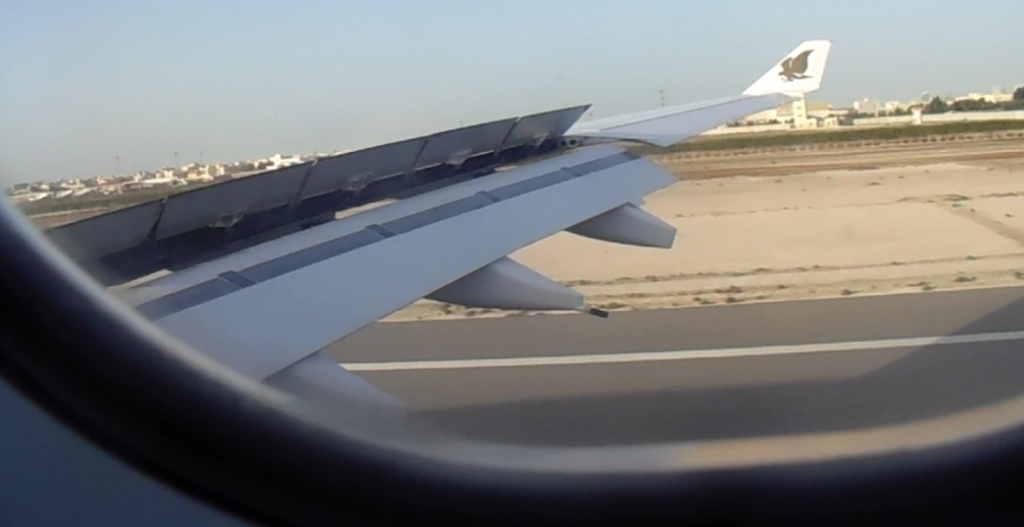 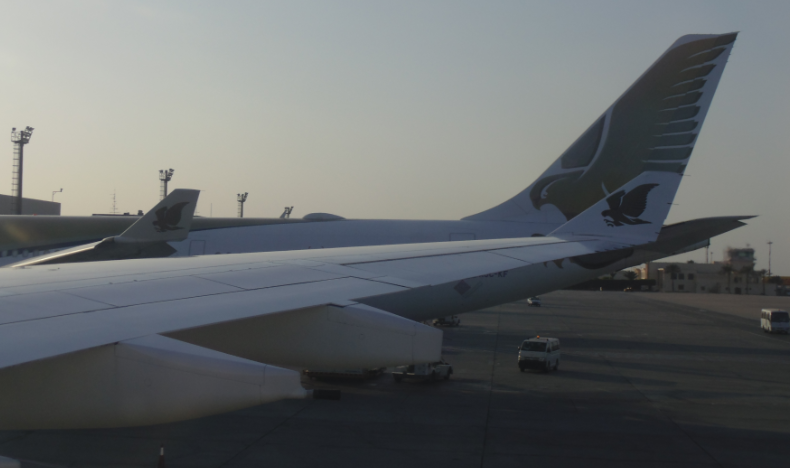 Bahrain International Airport, the hub of Gulf Air is just a small airport serving a very small country. Finding your way from arrival gate to transfer/arrival is very easy.

To be honest, Transfer in Bahrain Airport is the easiest and fastest one I have experienced.

Walking from my arrival gate to the transfer area took much longer time compared to transfer security. It fast and very efficient. 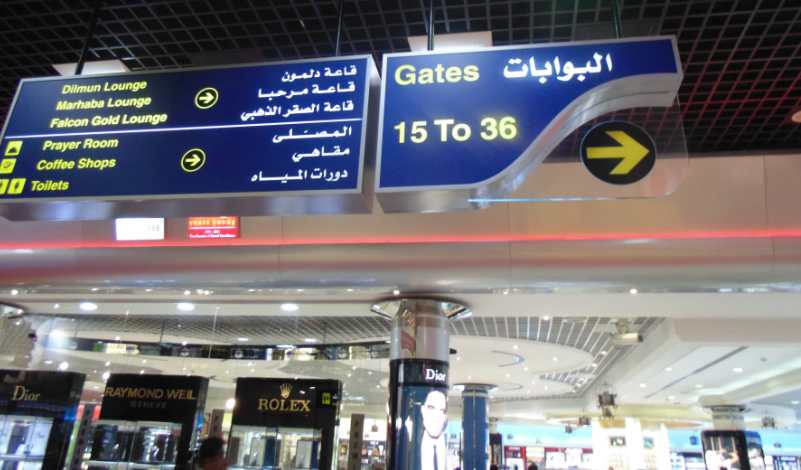 A tiny airport with a lot of stuffs to offer. A lot of duty free shops and restaurants. 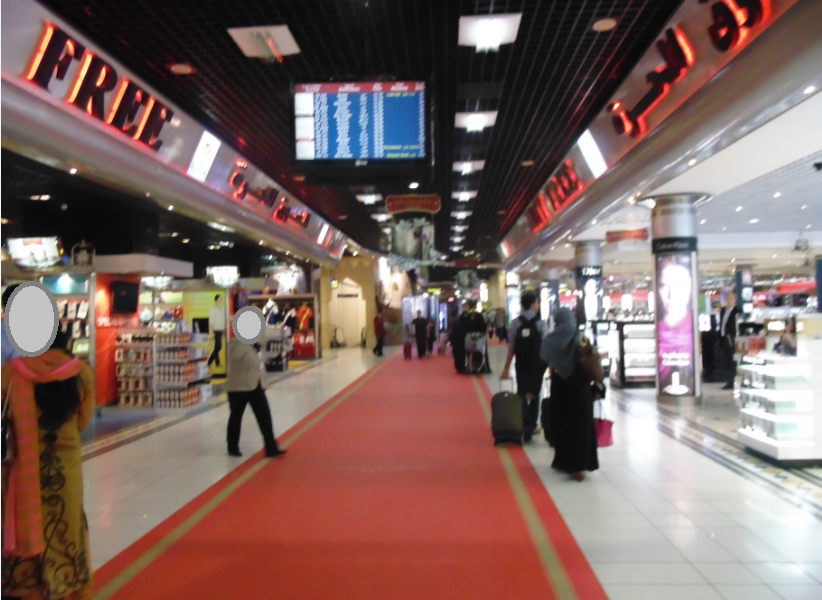 Who would not recognize this logo? 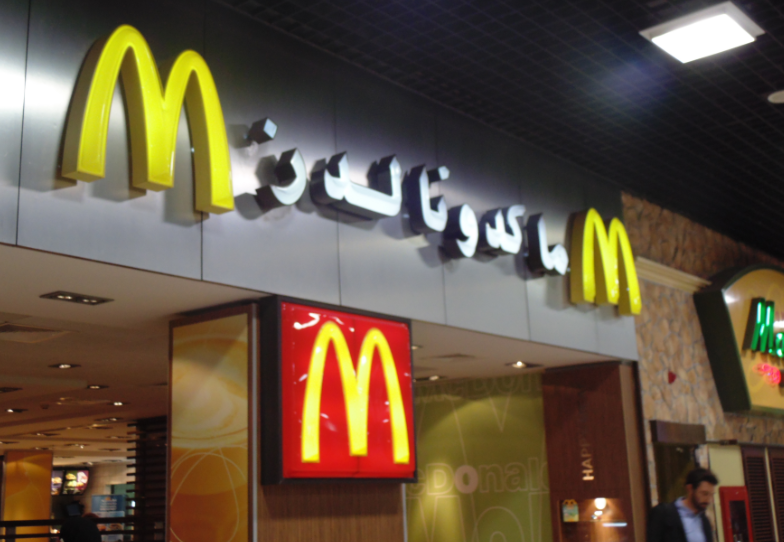 Early evening departures from Bahrain Airport. I arrived at Gate 17, and will be leaving again through Gate 17!

YES, the same aircraft was used on my next flight. 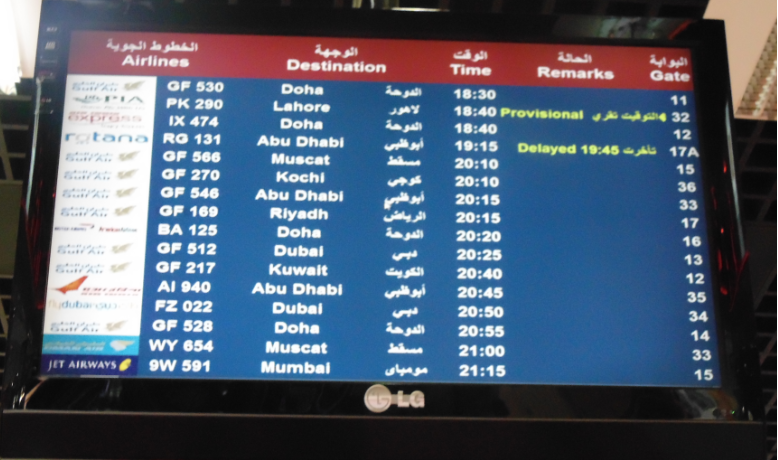 Same aircraft will be used on this flight.
Took the photo after arriving from MNL

Boarding call was made at 7:50pm 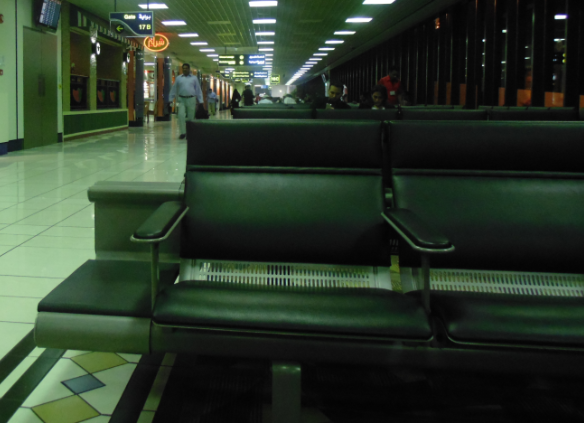 An empty flight today. In the mid-economy section we were just around 15 passengers. 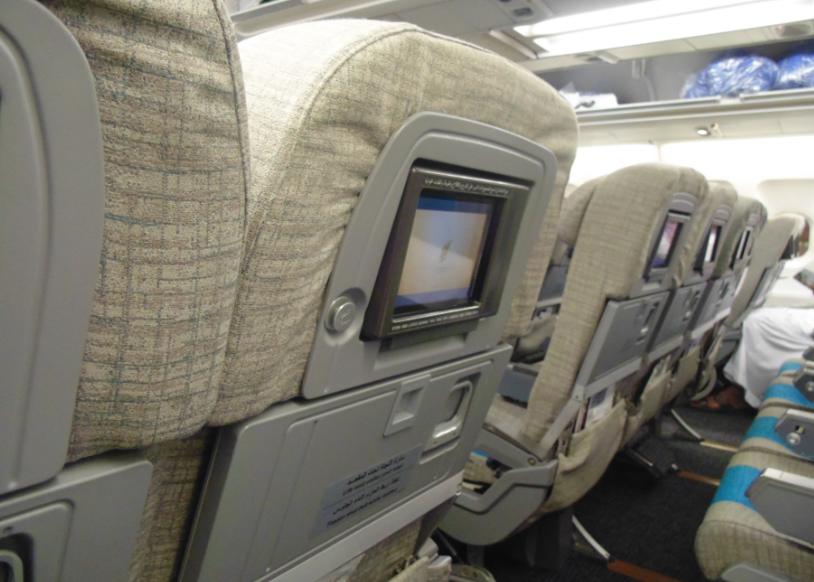 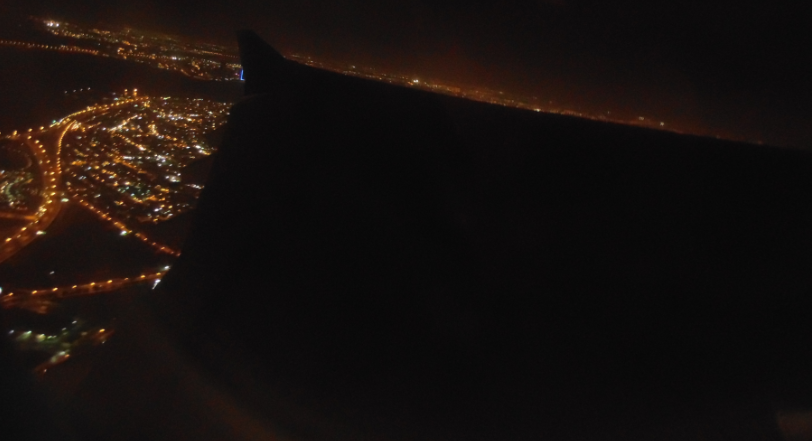 A sandwich is served on this very short flight.
Chicken sandwich. It was good, and another generous portion of filling. 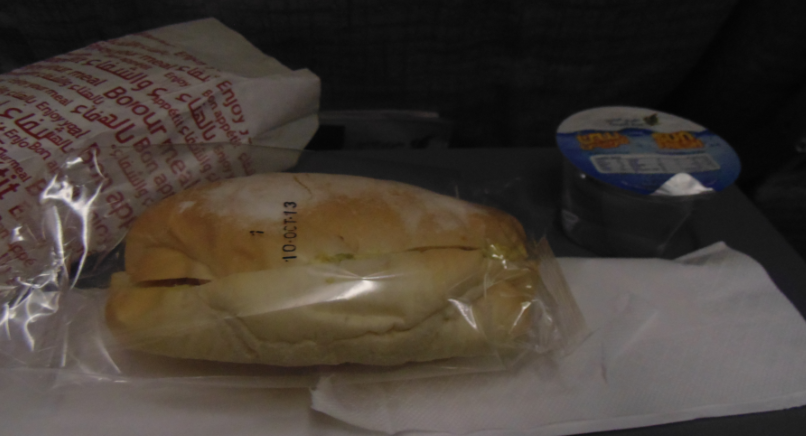 Not long after the meal service, the captain announced Cabin crew, Please prepare for arrival.
I can only imagine if the flight was full. It would be a mad rush for the cabin crew.

The flight took only 40 minutes! 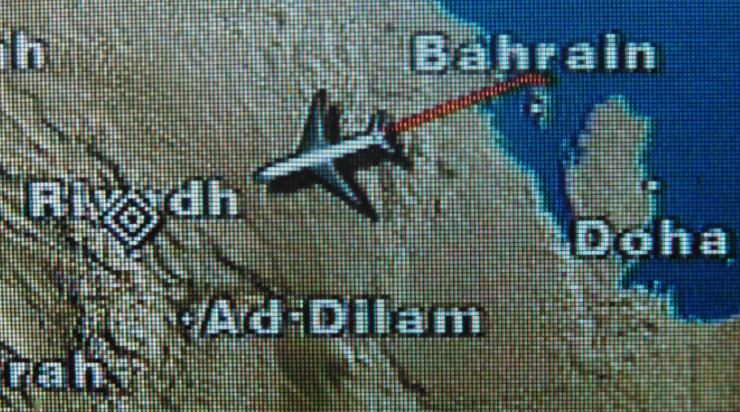 Ladies and Gentlemen, Welcome to Riyadh! 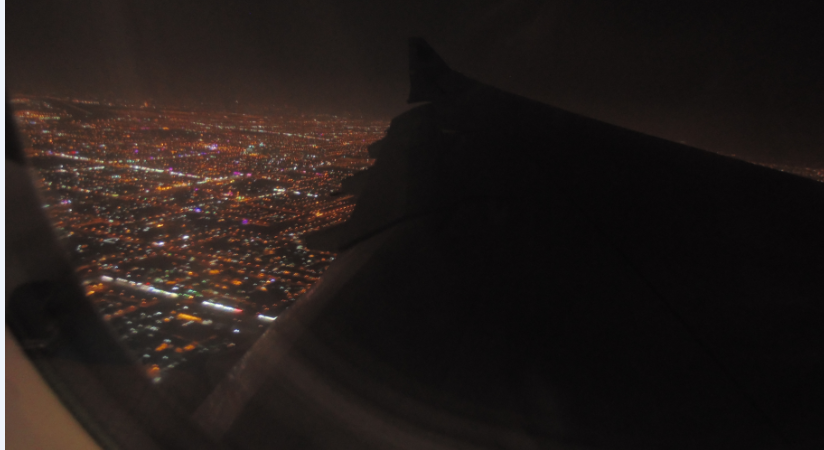 I hoped you guys enjoy! I'm sorry for the very few pictures.

Services in Manila Airport was VERY POOR especially terminal-to-terminal transfer. They need to fix and improve it.

Gulf Air is OK. WIth their new in-flight product, I would love to get the chance to fly with them again. Despite the dull looking food tray, the meal was great.

He wrote 3 reviews about 3 airlines and 4 airports.