#40 out of 123 Airlines A minimum of 10 flight-reports within the past two years is required to appear in the rankings. 666 reviews

By Quirrow 4315
Published on 30th October 2015
After returning my Silvercar Audi A4, I was actually provided with a complimentary shuttle on the same car. That negated the need to take out my luggage and I get a direct stop by the Delta's counter. That surely improved the overall car rental experience. 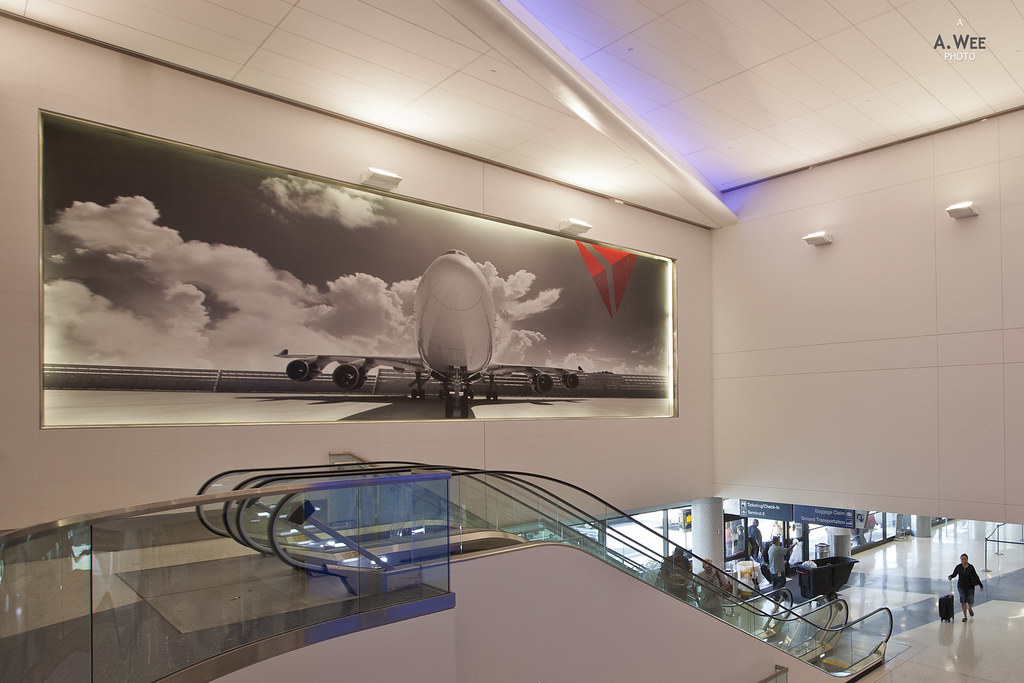 Since I was boarding a flight in Business Class, or what they usually call domestic First Class, I was able to use the premium counters. In Los Angeles, Delta has a neat terminal with very consistent branding. I really do like the decor of the Premium check-in facilities. However I was unable to do a self check-in and I had to proceed to one of the counters to drop off my bags and get my boarding pass. 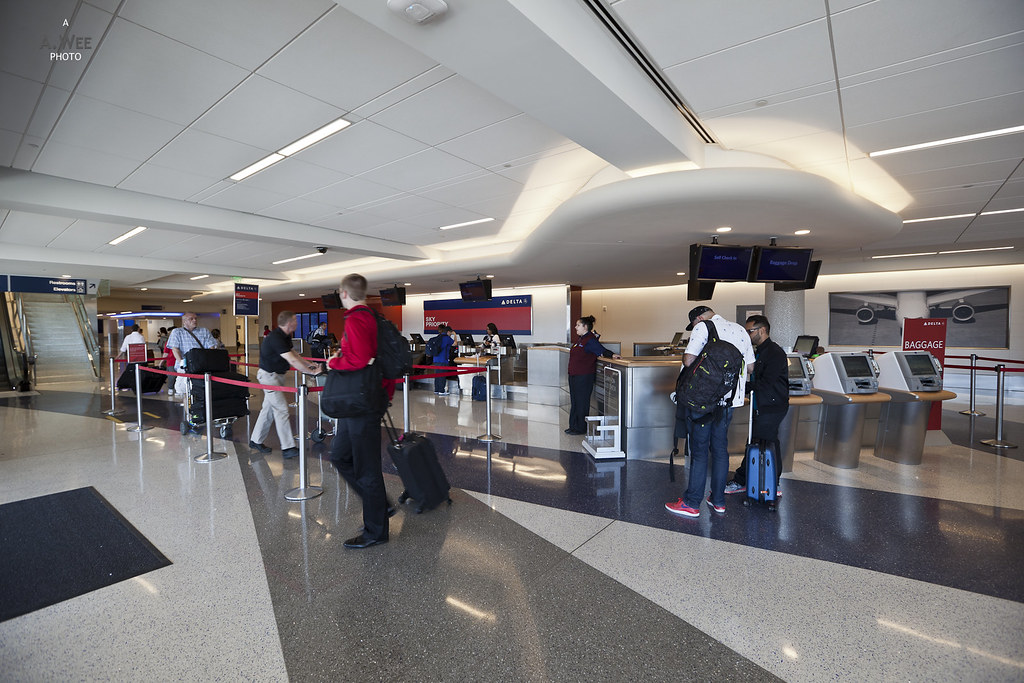 After a quick check-in, I was given the boarding pass and immediately made my way to security. Inside the main terminal, the branding continued and it felt like there was something different about flying Delta. 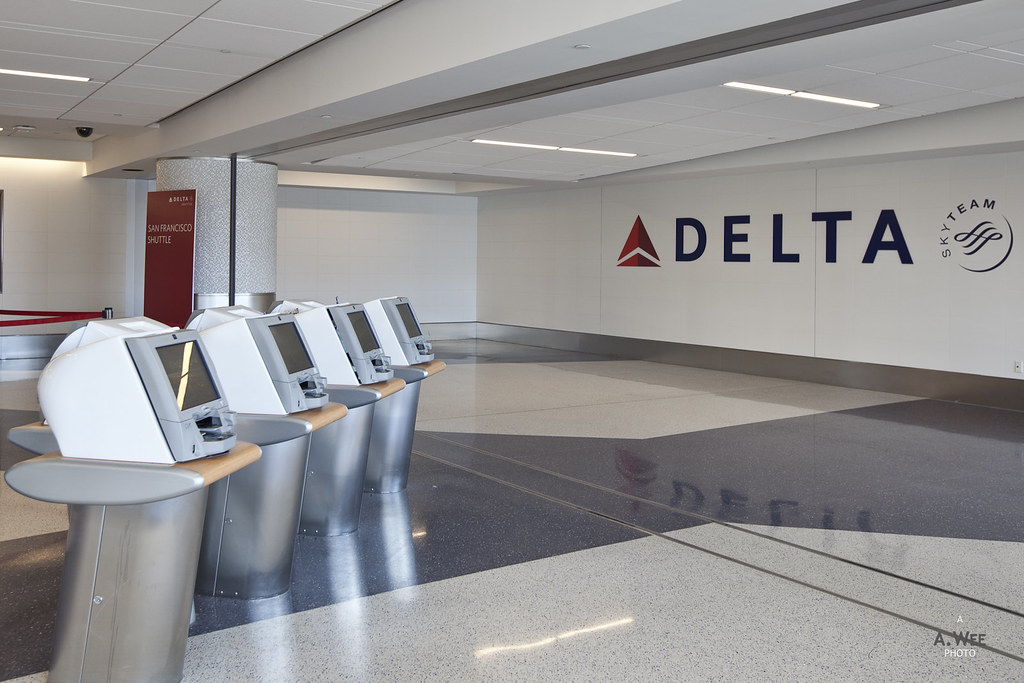 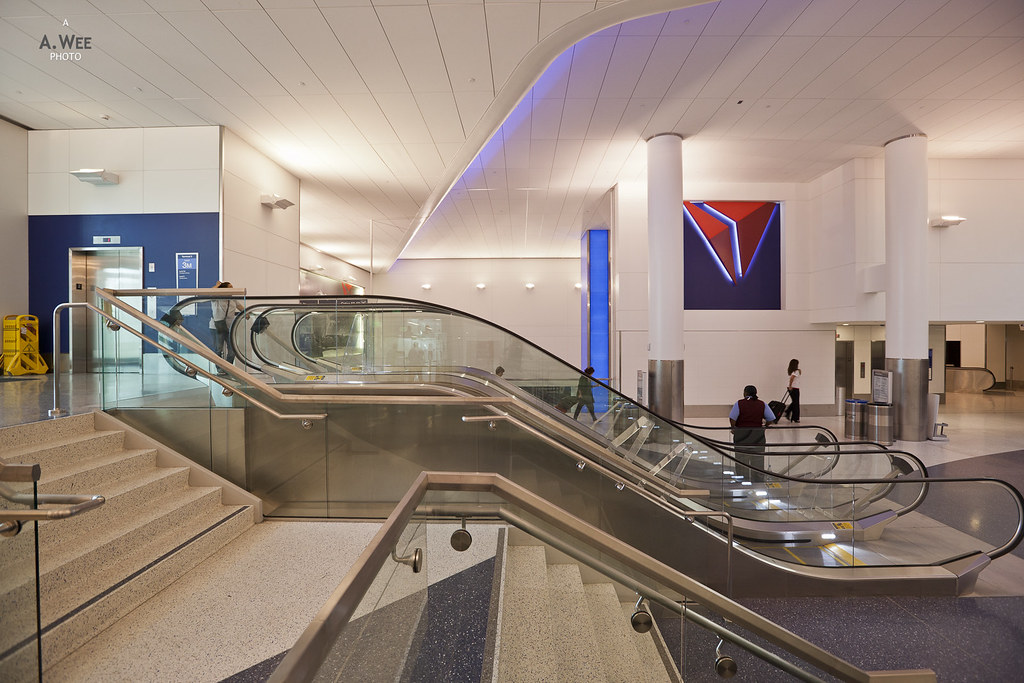 Entrance to the Delta terminal at Los Angeles

Short queues in both the premium and normal security lanes meant a fast pass, and I was through into the departure terminal in no time. Once inside, I found the entrance to the Delta Sky Club on the second floor which is accessible by an elevator. There was some renovations outside the lounge which diminished my impression a bit but it was like a different world and totally unexpected inside the lounge! 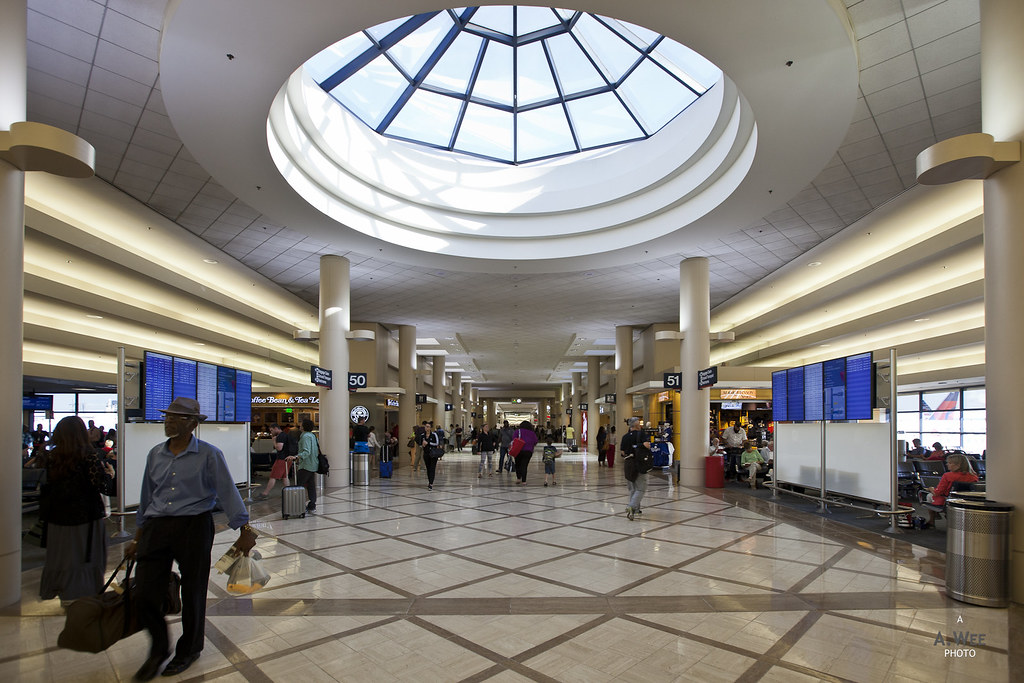 There was a Korean gentleman taking the elevator with me but it seems he was not able to enter the SkyClub. Since I entered the lounge after him, there was a short wait before I was welcomed into the lounge. The lounge receptionist in Delta SkyClub was really friendly and asked if it was my first time in the lounge. She also made sure to let me know of all the facilities and about the directions to the gate where my flight was leaving. Very excellent service from the lounge attendant and I would have thought I was really in a First Class lounge. 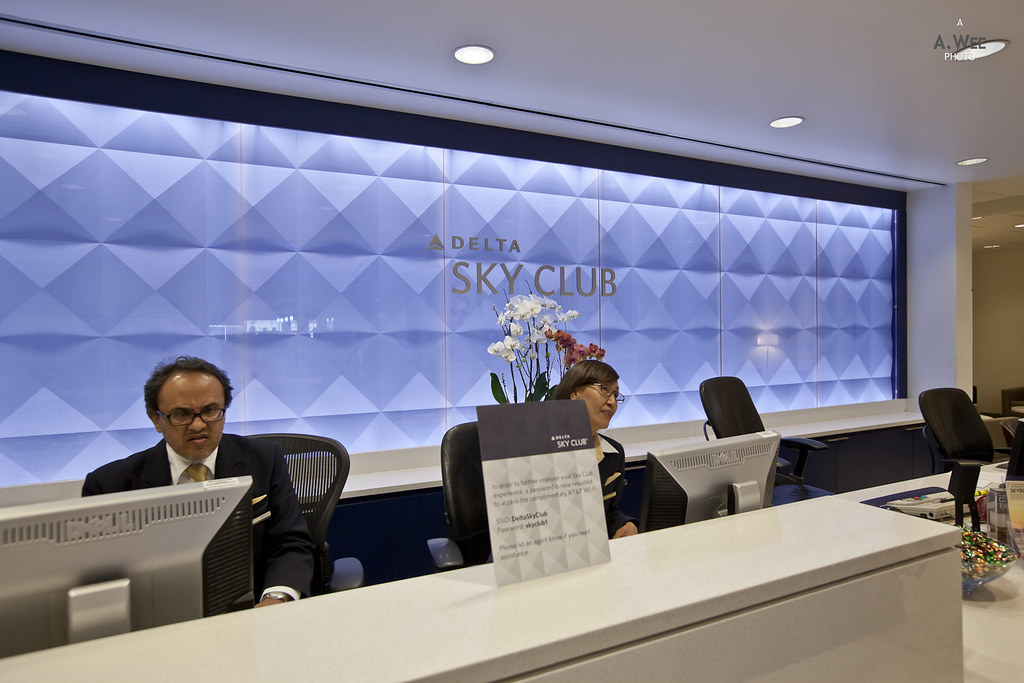 The decor certainly fits the stature though as there was a nice cool atrium with dim blue lighting after the reception. Guests could certainly fall into a slumber here for a rest. Around the lounge, there was also a very nice collection of pop art, making the SkyClub feel like a modern art gallery. 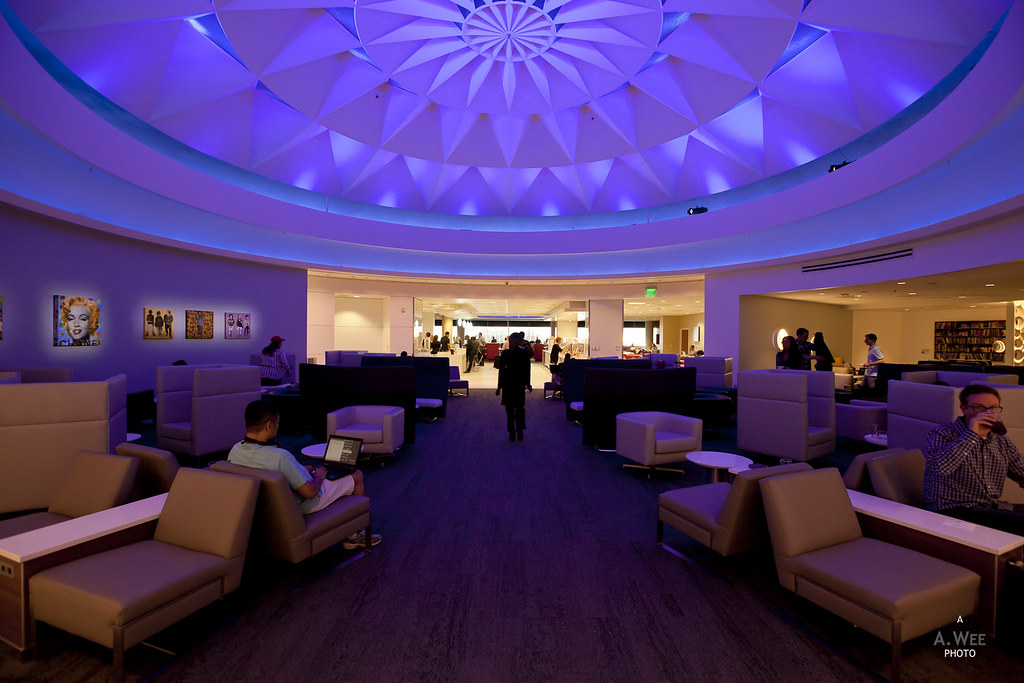 Central atrium inside the lounge

Beyond the main lounge area, there is a brightly lit dining area with ample seats and tables for guests on one side. And the other side houses a bar and the buffet counter. 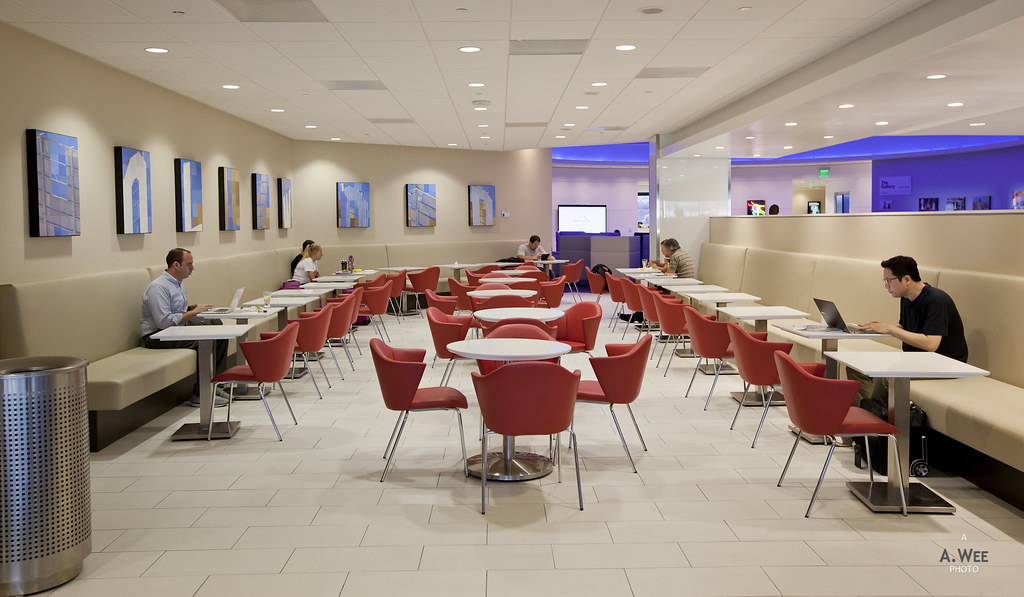 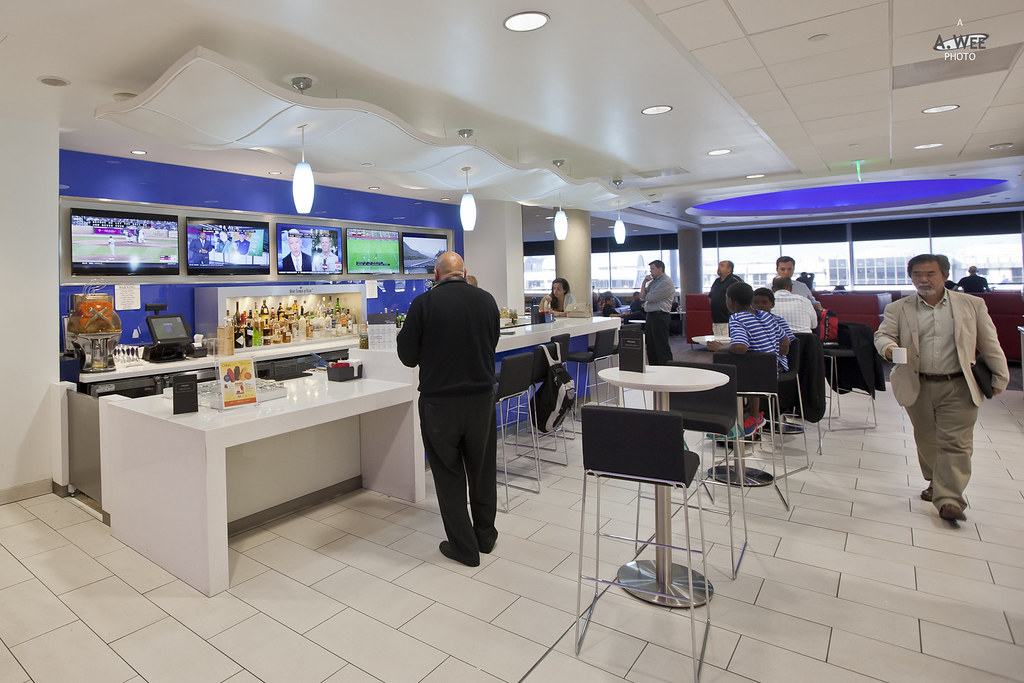 Bar area with a vibrant counter

The bar section features several flat screen TVs and has a very vibrant atmosphere with the bar tender interacting with guests watching the sports channel. Do remember though that alcoholic drinks are not free for domestic First Class guests.

What was impressive though was the range of food options on the buffet counter. There was stew, soups, salads, fruits, sandwiches and vegetables in addition to the usual nuts and crackers. Overall it was good enough for guests to have a light lunch before boarding their flight. As I already had a nice lunch, I just grabbed a banana and made myself a cup of cappuccino. The DIY espresso machine with a touch-screen panel was also a nifty feature in the lounge! 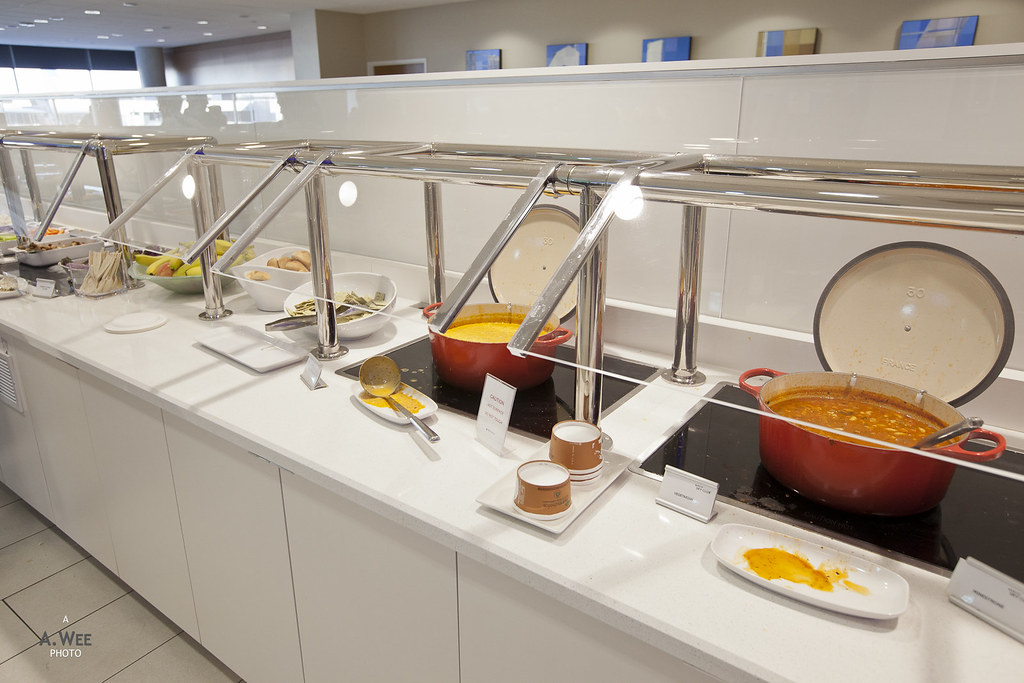 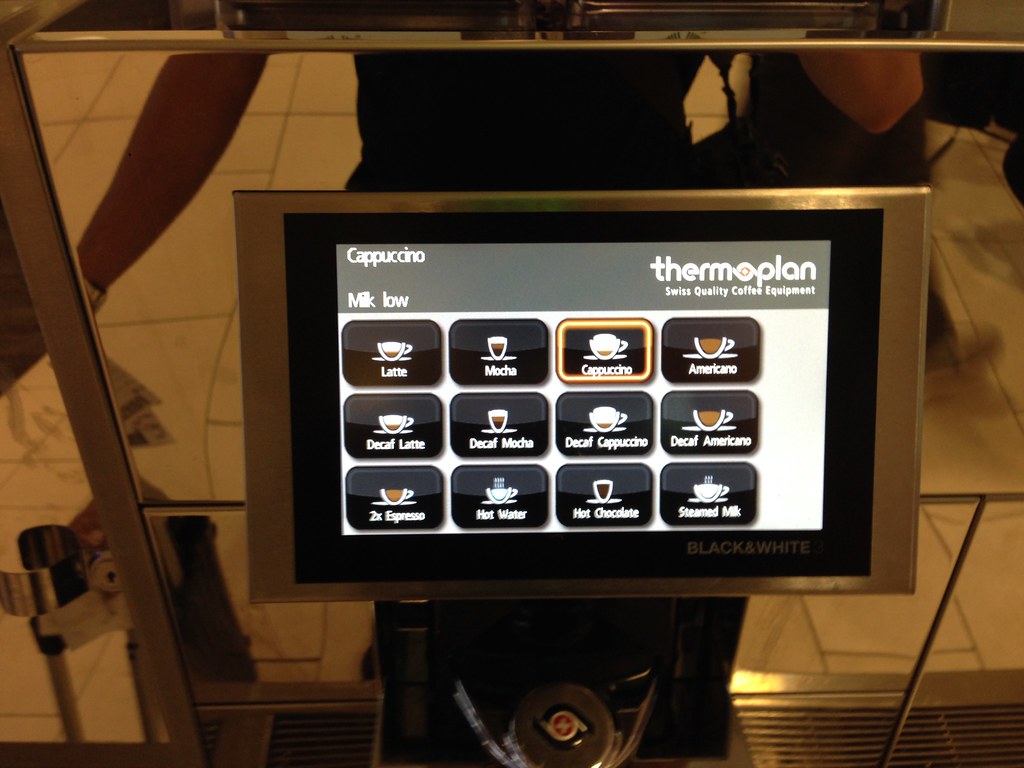 The last section of the lounge set against the windows overlooking the tarmac was a brighter seating space. There was lounge chairs in an open plan setting with the seats upholstered in Delta's colours of blue, red and white. In addition there was power ports in between most of the seats. However the power ports seems to be a bit of a 'white elephant' as only a couple was working. At least the lounge had signs to indicate the power ports were not operationally ready yet. 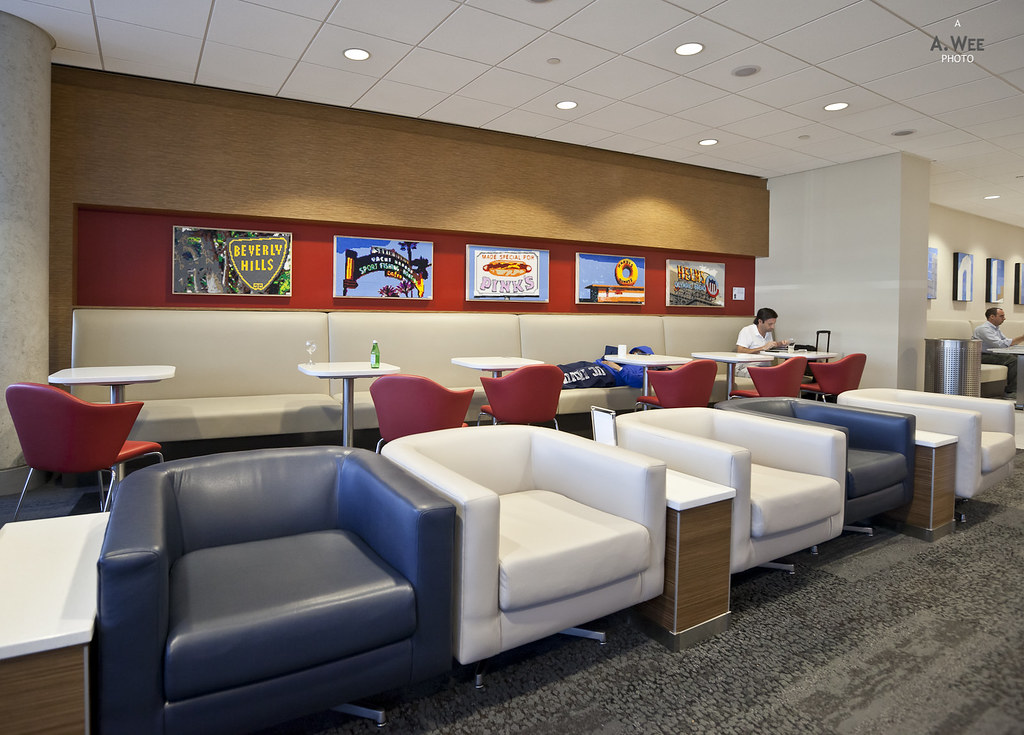 Against the window, there was also a taller bench table with bar stools. This seems to be a popular space for the guests that day. Perhaps it was the view or maybe it was the fact the power ports set against the bench table was functional. But this section of the lounge would probably be a nice spot for me too if I need to use my laptop due to the brighter lighting and quieter atmosphere. More guests seem to congregate around the main lounge area right after the reception. 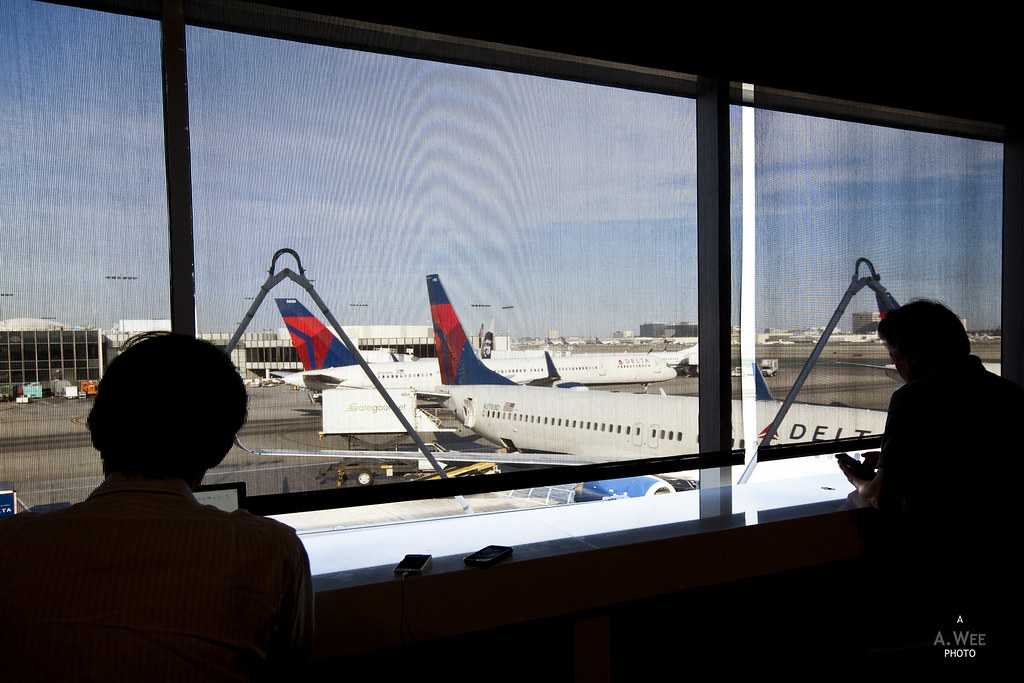 Delta liveries as seen from the lounge windows

Another amenity inside the lounge that I liked was how well stocked the magazine shelves in the SkyClub was. There was a variety of magazines and newspapers to match varying interests. There was also some shower room but I did not check them out since I did not need them. While waiting for my flight, I actually noticed a pair of 'celebrities' from one of the earlier seasons of 'The Amazing Race', which I still watch till this day. 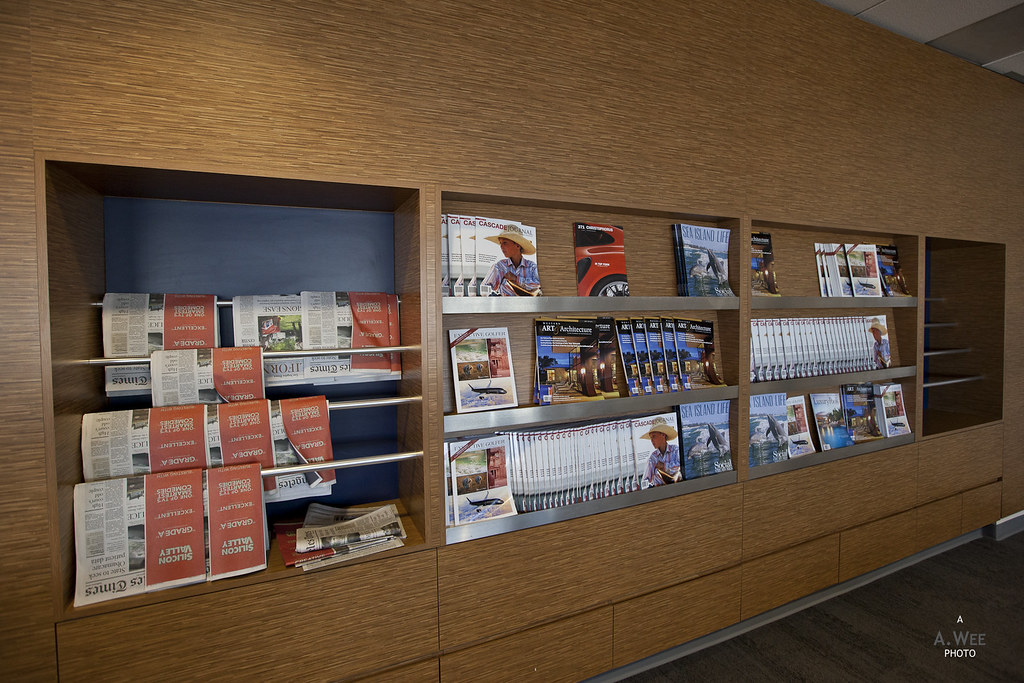 With all these trappings, the lounge in Los Angeles certainly can make flyers more contented as the pair was actually delayed for their flight but they seemed calm and just content to sit down and relax. It is such a shame then that I had to walk quite a bit of a distance to the neighbouring terminal 6 for my departing flight. That meant I had to leave earlier than anticipated as I did not want to miss the flight. 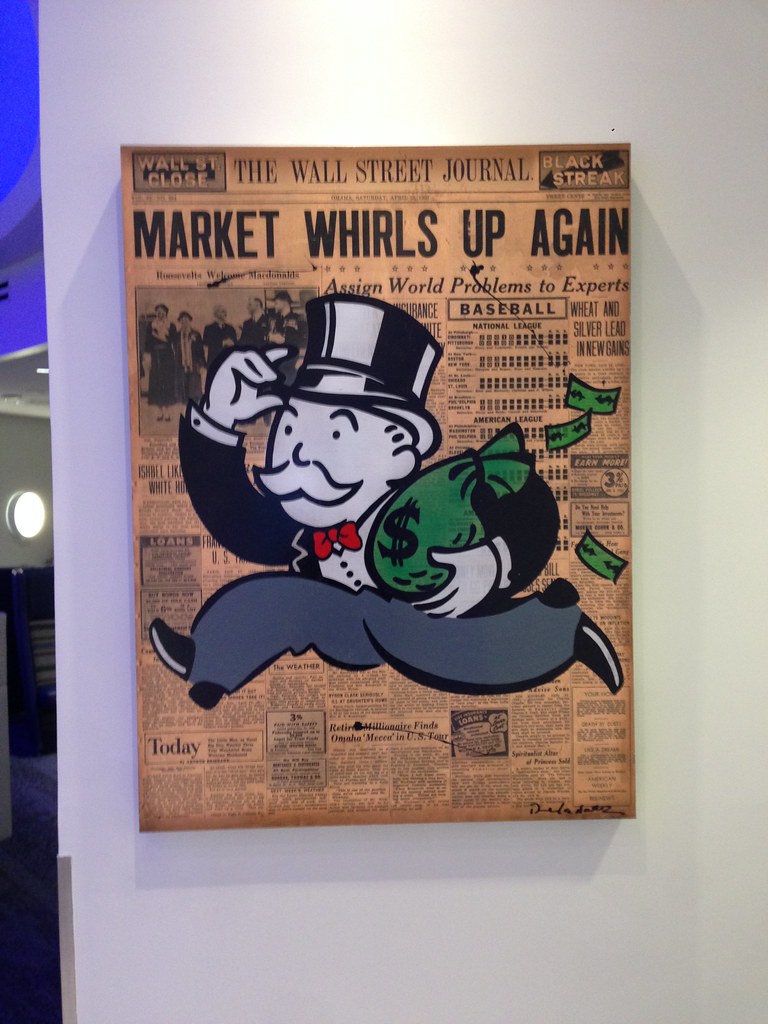 Pop art gallery in the lounge

Delta certainly paid attention to make a lounge that would fit the need for passengers. It created a nice ambience in the lounge and added ample amenities to keep them occupied. For an airline that I had not flown, Delta certainly impressed me enough with its lounge that I would certainly consider them for flights in the future!

As my flight departed from Terminal 6, I had to make the trek from the underground connector and I made sure to leave some time for this walk. There was some delay at the gate as the plane arrived slightly late so I ended up waiting a short while by the gate. Boarding started about 6:55pm, and there was no one blocking the gates or the queues. On this rare occasion, I thought this might be an empty flight. 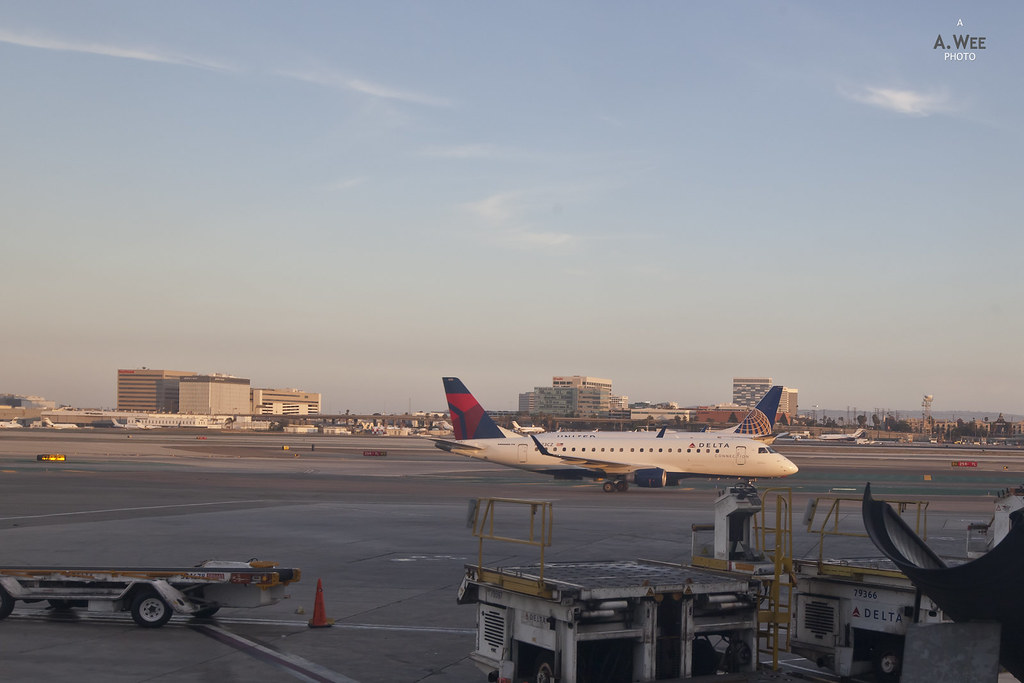 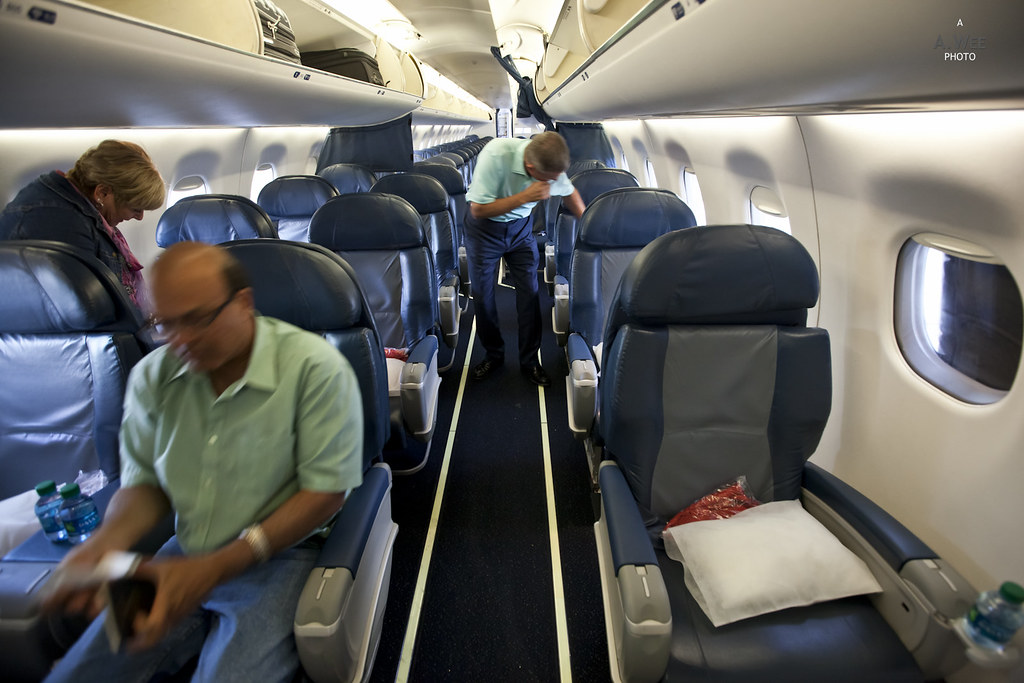 Once I got seated, drink orders were taken by the cheerful flight attendant and I got myself a mix of ginger ale and orange juice. There was already a bottle of 'Dasani' water on the seat along with the stark red blanket against the blue leather seat. 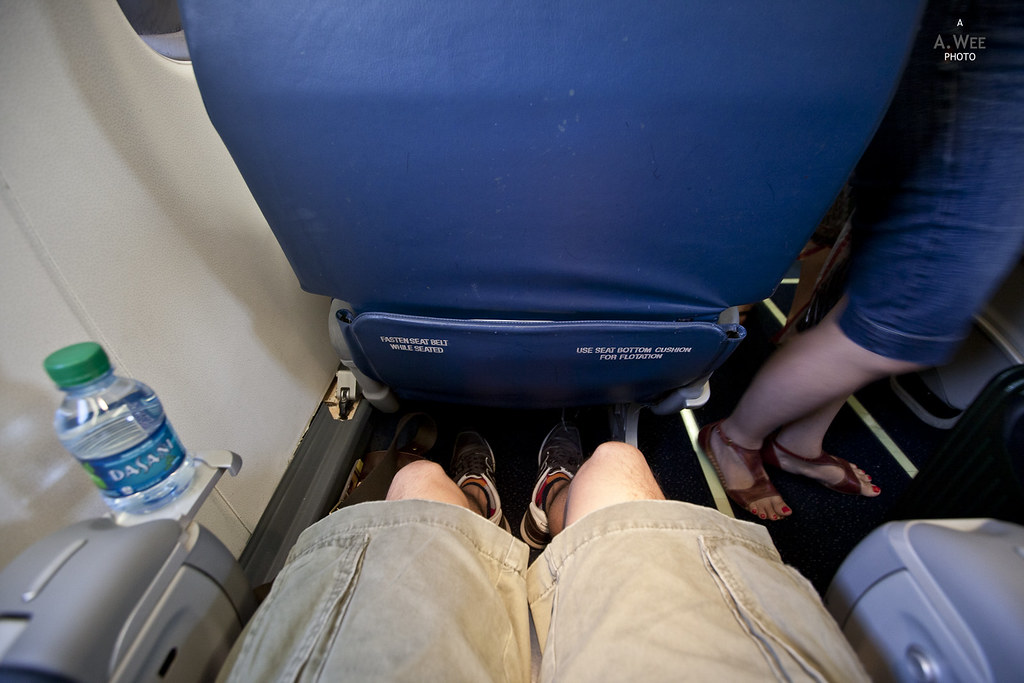 When everyone has boarded, the pilot came to mention some fault in the system and they expected a 15-20 min delay as maintenance crew was brought in. 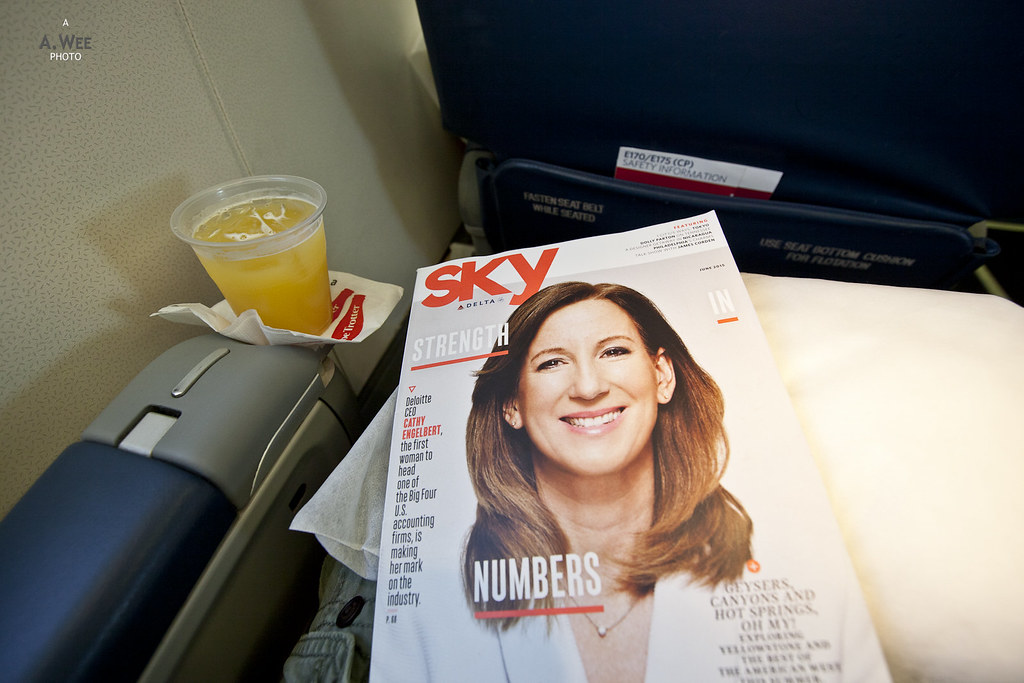 More drama emerged during this time as there was a scorpion on the plane! The gung-ho stewardess was really cool about it and squashed the scorpion with her heels. That is one stewardess I would not want to get on the bad side of! 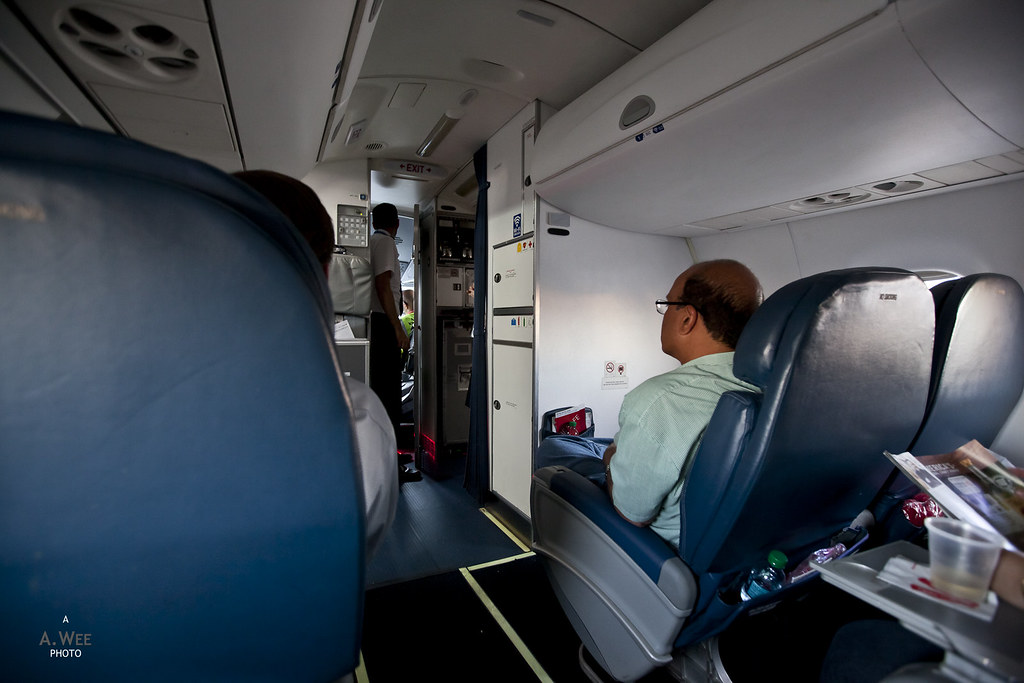 Eventually the maintenance had to reset the system and it involves shutting off the power for about 3-5 minutes. One concerned passenger even checked with the pilot who was outside the cockpit. During the delay, 4 more passengers joined us to make up a total of 73 pax with 3 vacant seats, 2 of them in upfront. 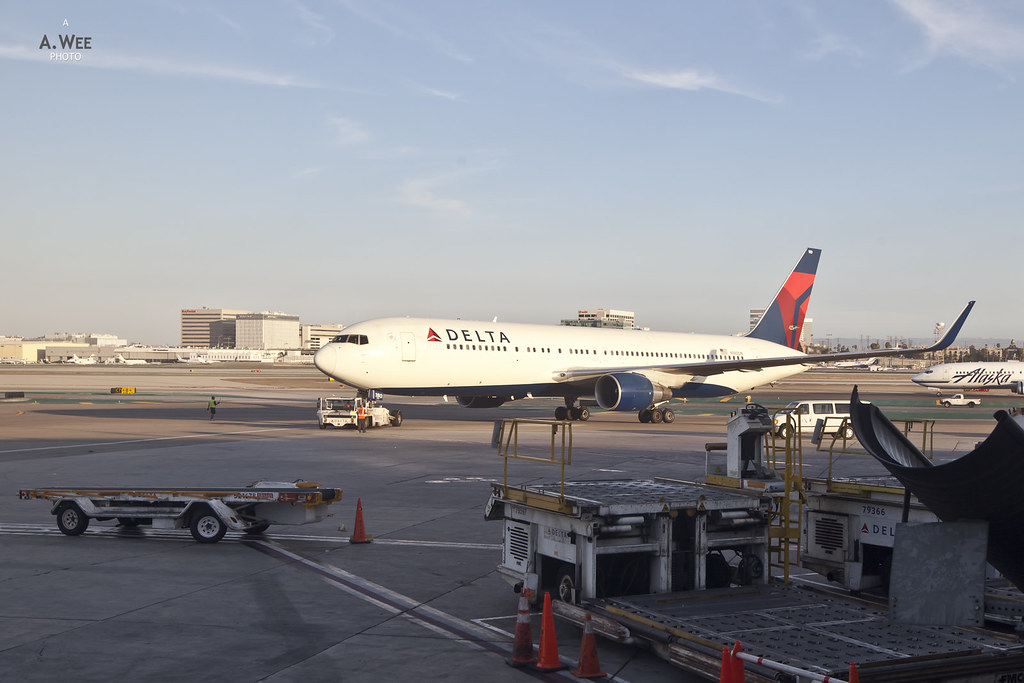 We started the pushback around 8:05pm and the meal orders were taken. Choices includes grilled chicken with rice or turkey cheese and ham sandwich. Wines and alcoholic beverages were also included. It was definitely a leader in terms of catering for this particular route and I can see Delta becoming a hit with executives in the film industry that might take this particular route. 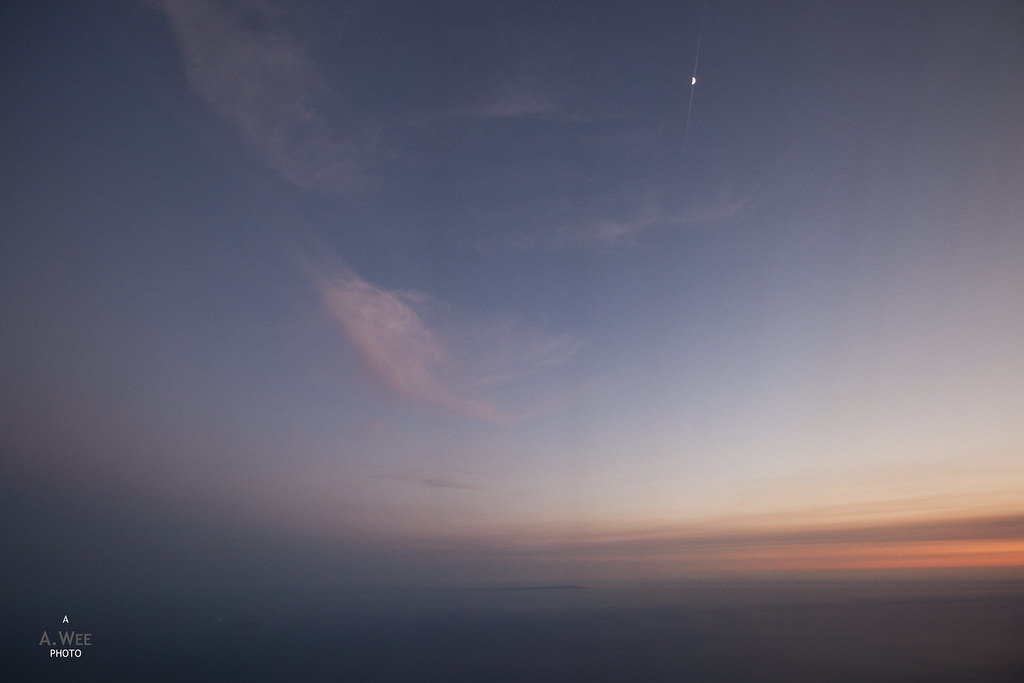 The delay in this case turns out to be quite of a blessing for me since Vancouver is my final destination and I was in no particular hurry. When we took off, the sun has just set and gives a very nice purplish orange glow that really paints a beautiful picture! I will just let the photos do the talking here! 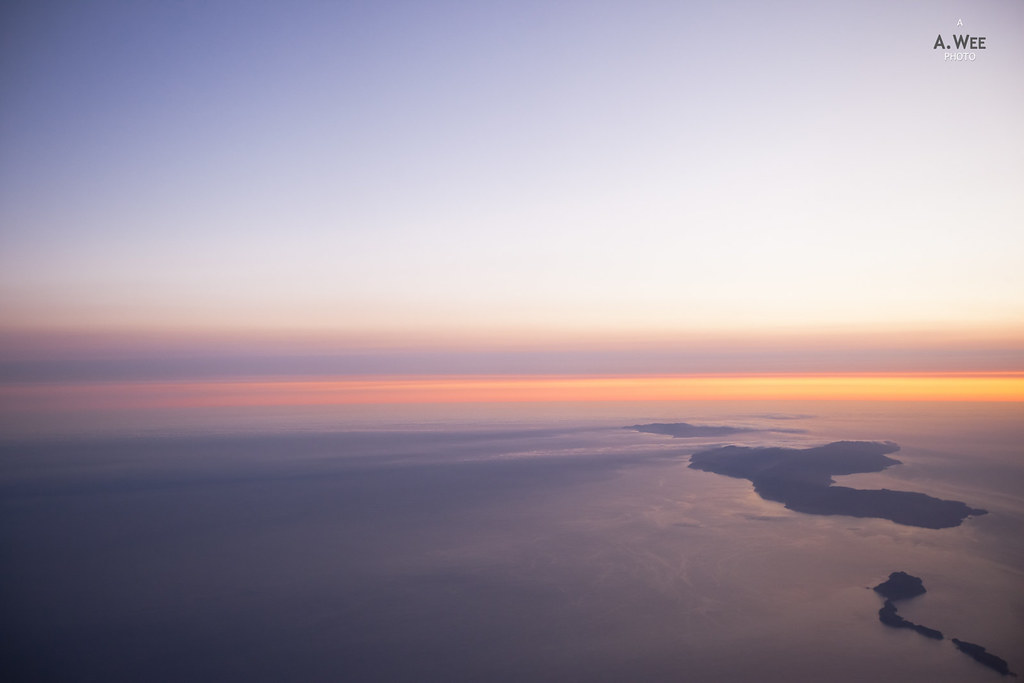 Santa Cruz Island, part of the Channel Islands off the coast of California

I had the grilled chicken with rice option and the presentation of the dish on the tray was immaculate. It felt like having a meal in an upscale bistro with the wooden tray and nice cutleries. The main course of the grilled chicken and the rice dish was exceptional even if it was both a cold dish. The grilled chicken was actually tender and full of flavour while the rice salad had a very nice texture and great mix of healthy ingredients. I would even say this is a particular dish I wouldn't mind ordering in a restaurant! 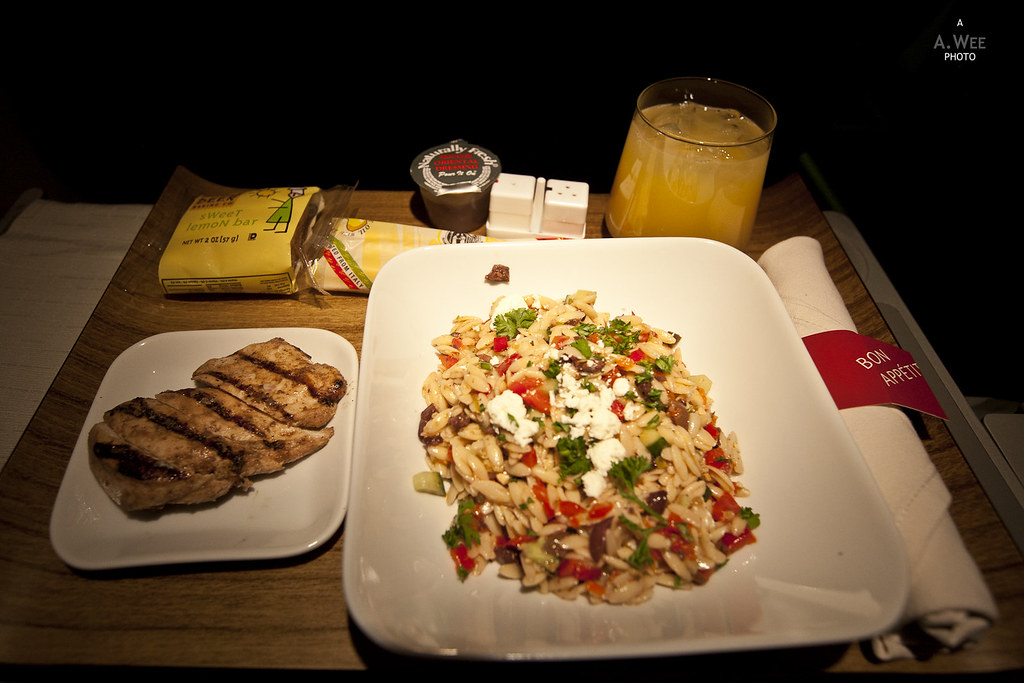 In case passengers are still hungry, Delta also provides a packed dessert of a sweet lemon bar which was also tasty. There is also a packet of breadsticks to snack on along with a 'Sesame Oriental' dressing which can function as a dip. For a route that is neither too short nor too long, I think the meal was adequate. Snack baskets were also available with the usual chips and chocolates, while the stewardess asked if passengers would like more drinks once they finished with the meal or beverage. 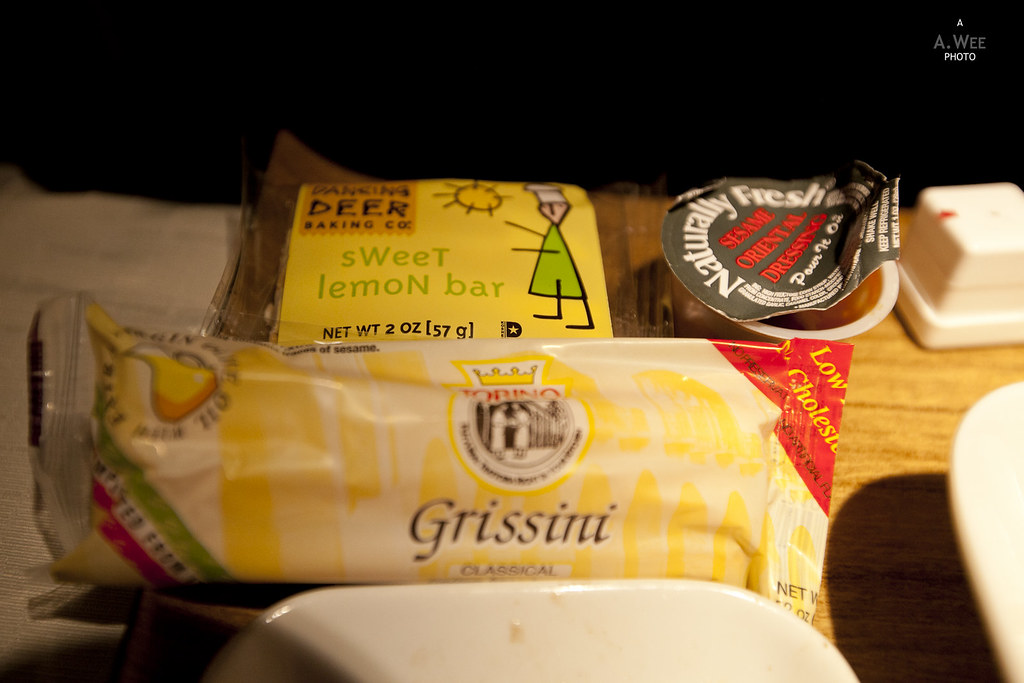 I spent the rest of the flight catching up on reading my novel while enjoying the orange horizon from the summer sunset. The ambience made this flight a particular treat! There was still some time to go but the amenities in the flight were comfortable and the friendly crew with excellent service made it a very good flight. 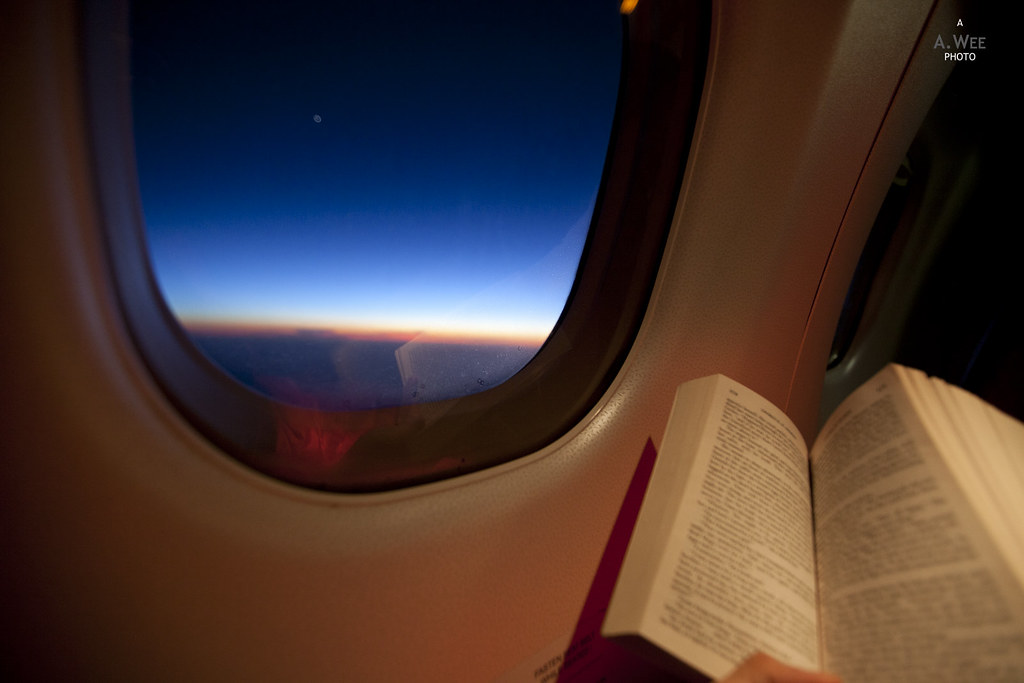 Reading my book on the flight with a view

Before long, we started our descent into Vancouver and the pilot apologized for the delay in the flight. In the end though we landed about half an hour late even with an hour late in the scheduled departure. 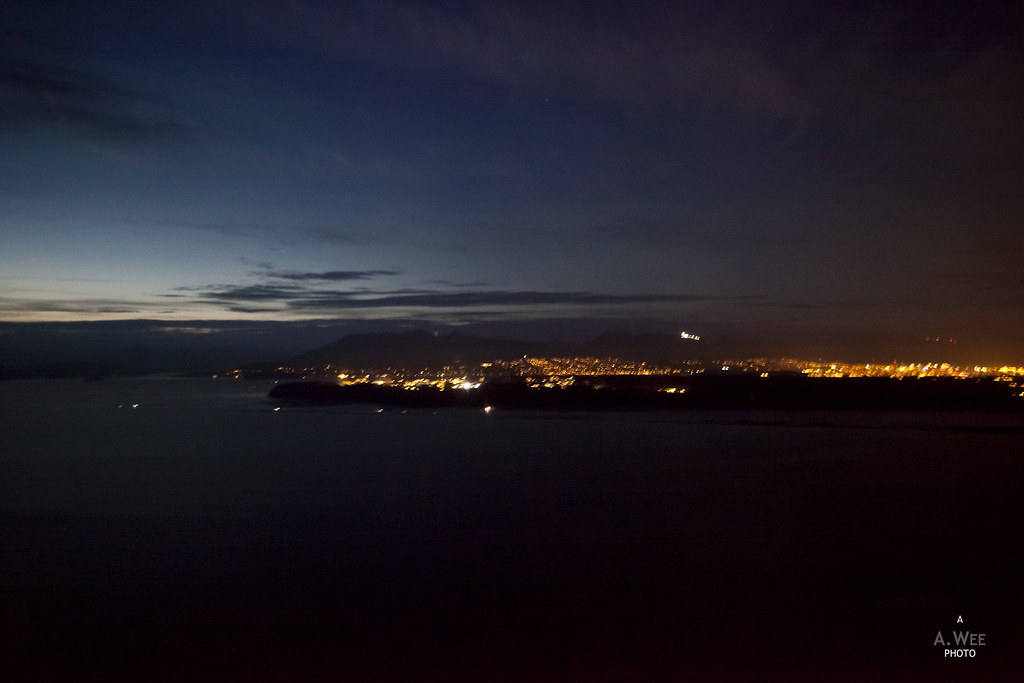 Disembarkation was orderly even with the late arrival and I was through in no time. The queues for immigration in Vancouver was also short at this late hour while the baggage claim service was efficient. This really makes YVR one of the best airports in Canada and North America. While it was a short flight with basic recliner seats in the premium cabin, Delta's professional crew attitude and amenities onboard the flight or on the ground was excellent and makes me think they might just be North America's leading airline right now! In fact it was this flight that made me fly a couple more Delta flights again which I would review shortly in this blog, so stay tuned for more 'Flying Delta'! 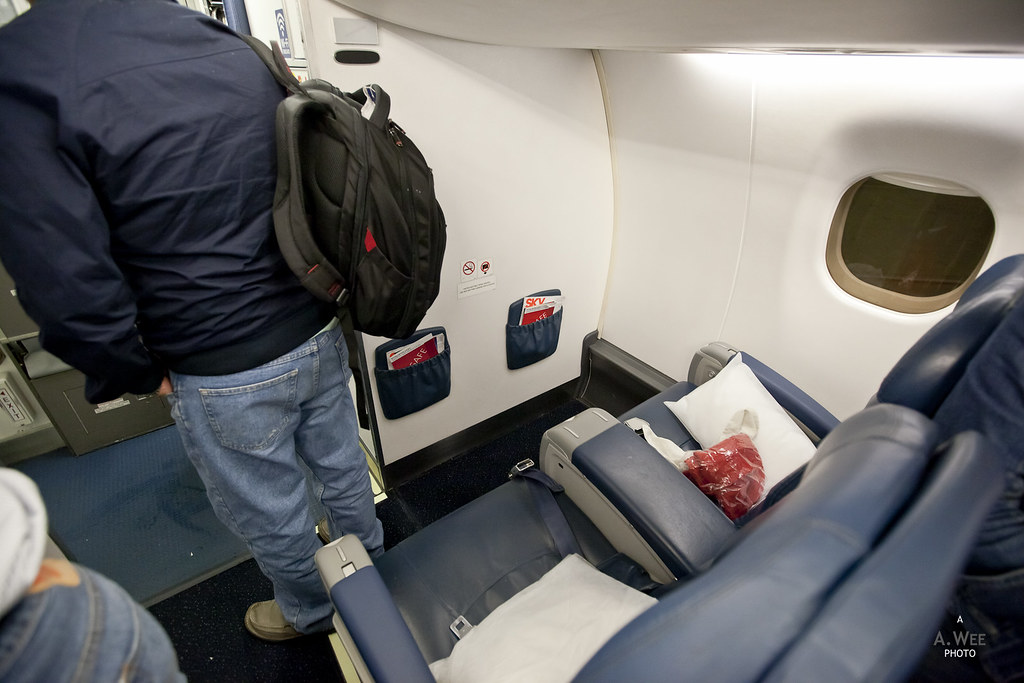 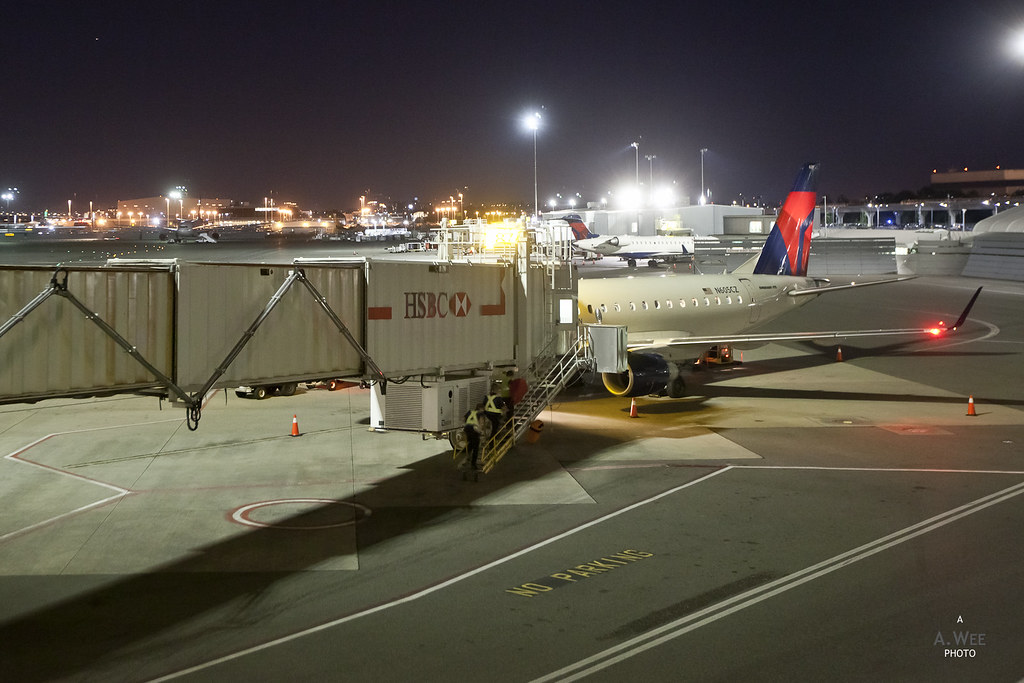 This was a flight that departed really late and actually arrived late but in terms of on-rime performance, I still gave it a high satisfactory score because it was delayed by unexpected reasons and I think the pilot did try to ensure our safe arrival as soon as he could. In addition, the great crew and catering made this flight great.

The contributors of Flight-Report published 3 reviews of 3 airlines on the route Los Angeles (LAX) → Vancouver (YVR).

The airline with the best average rating is Air Canada with 7.4/10.

The average flight time is 2 hours and 23 minutes.