#6 out of 78 Airlines A minimum of 10 flight-reports within the past two years is required to appear in the rankings. 644 reviews

By Quirrow 2095
Published on 3rd September 2017
Welcome to another series of flight reports by Quirrow. For this journey, it will be about a Krisflyer redemption I did on Singapore Airlines.

Even with a 2 hour layover in Singapore's Changi Airport and without lounge access, I was not bored. I spent part of the time doing a bit of shopping around the terminal since I landed in Terminal 3 and my onward flight is in the same terminal. After that I relaxed a bit with a seat by the windows. There are even power points and USB ports beside the seat to charge up my devices as I was using the smartphone to surf the web and catch up on news. 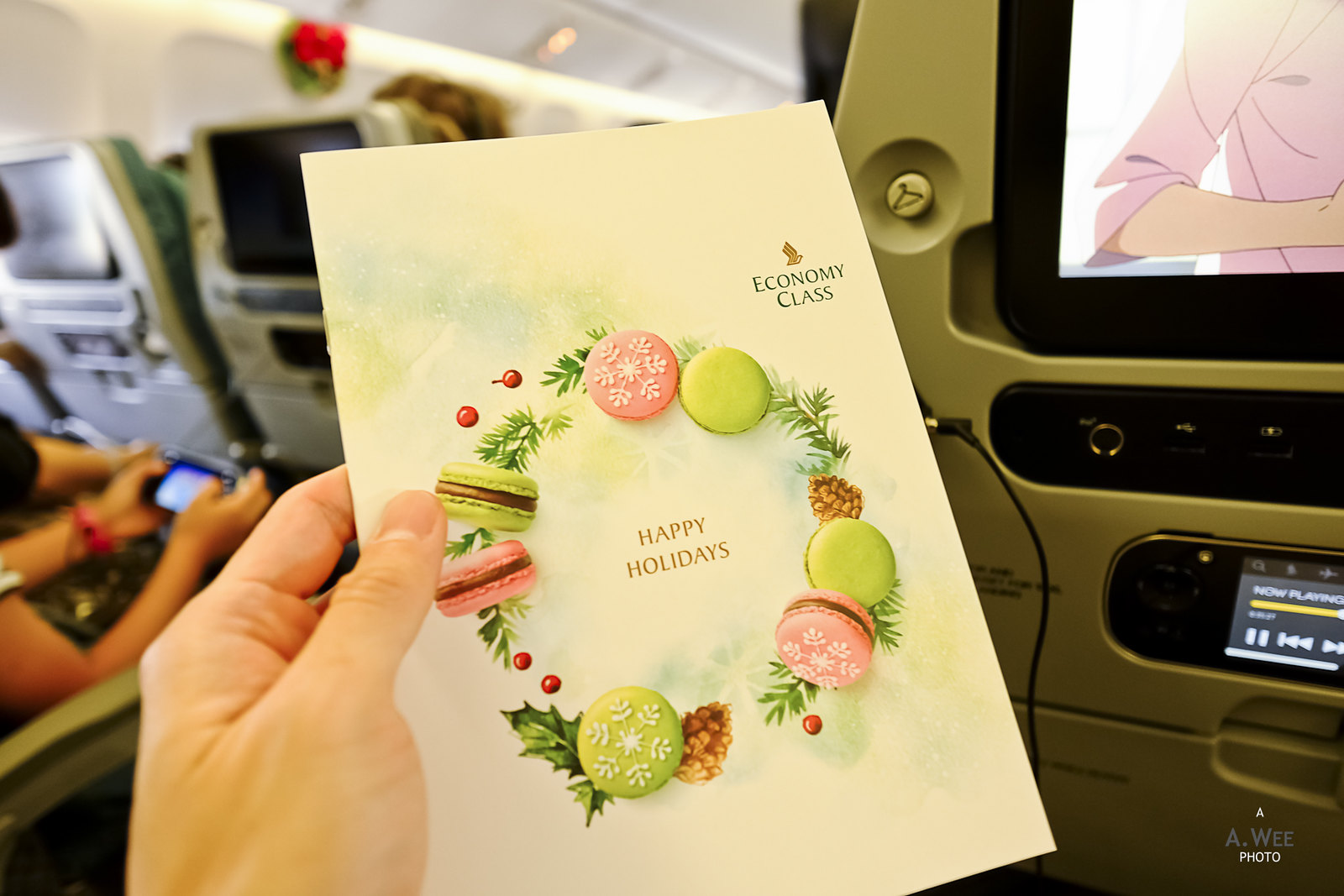 Due to security being processed by the gates itself, I made my way to the indicated gate early and it was a good call since the boarding gate was quite far and closer to Terminal 1. Fortunately Changi has plenty of moving travellators and there was not much crowds in the airport, and it still got me there in time to board the plane leisurely. 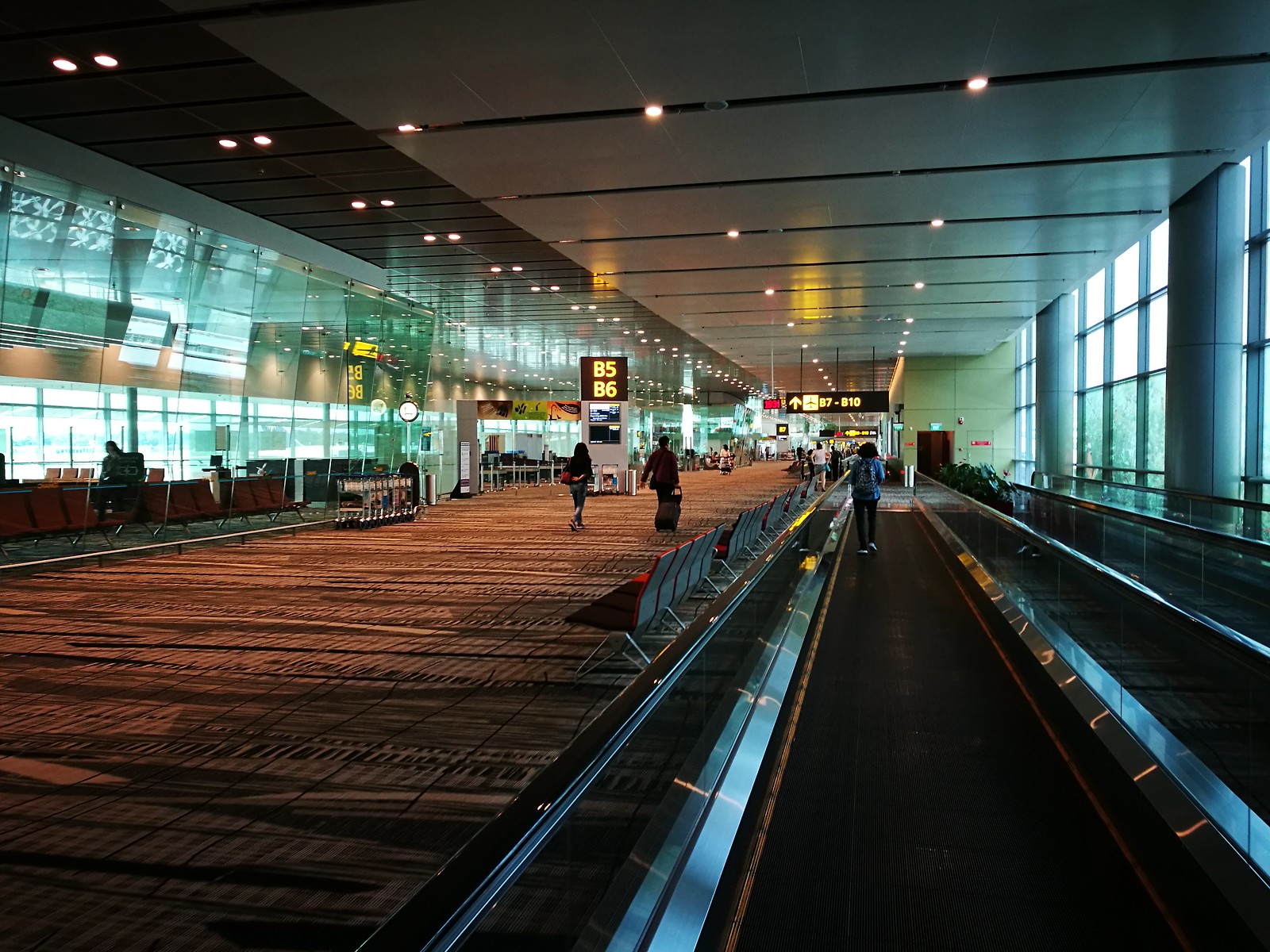 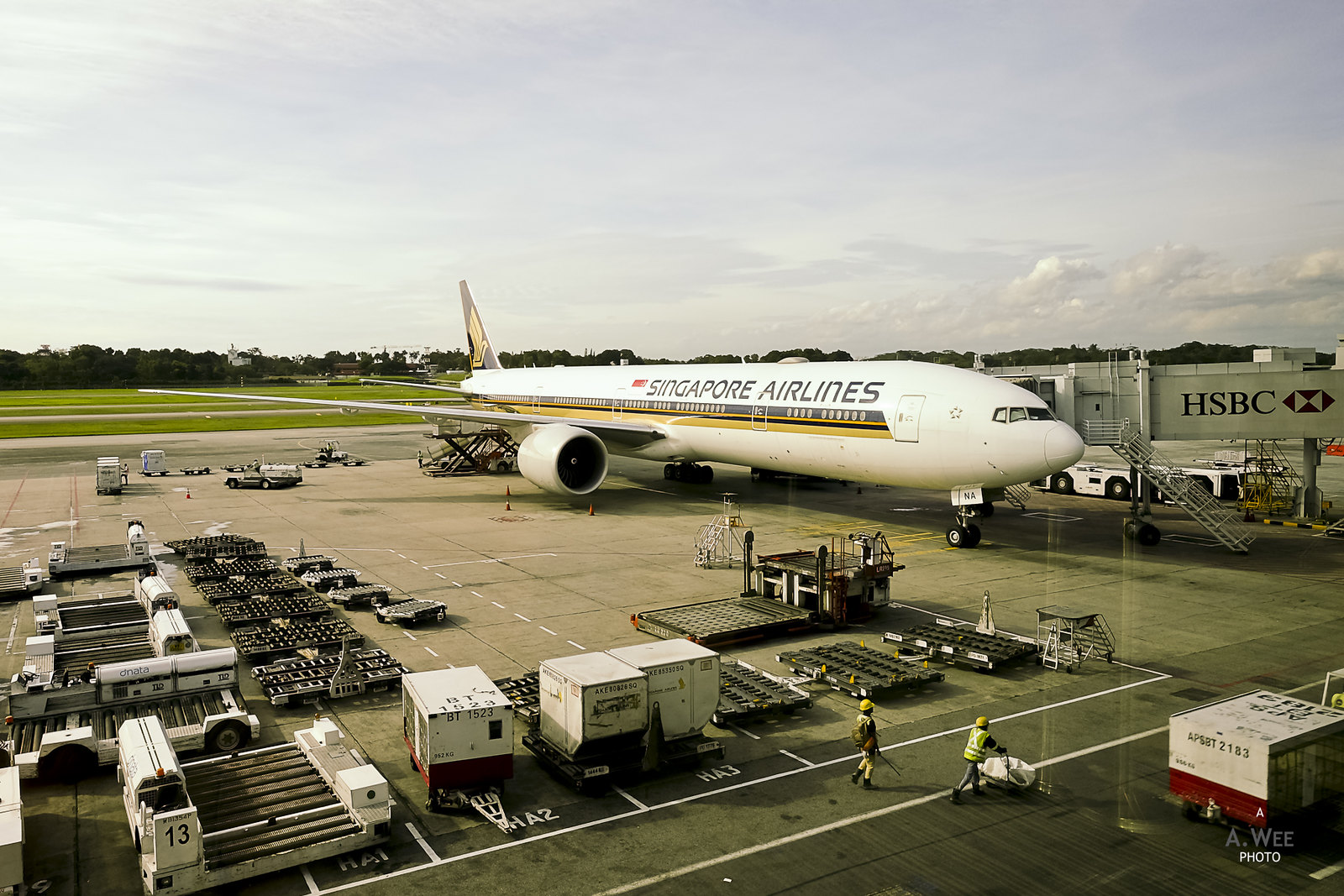 Took my time to board at around 4:35pm as passengers were still undergoing security screening. Onboard, there was plenty of passengers already seated and I managed to score another empty middle seat and found myself on a refurbished 777-300ER. Unfortunately, I had not managed to get a window seat assigned for this flight as I had booked quite late and most of the seat map was already shown being occupied. 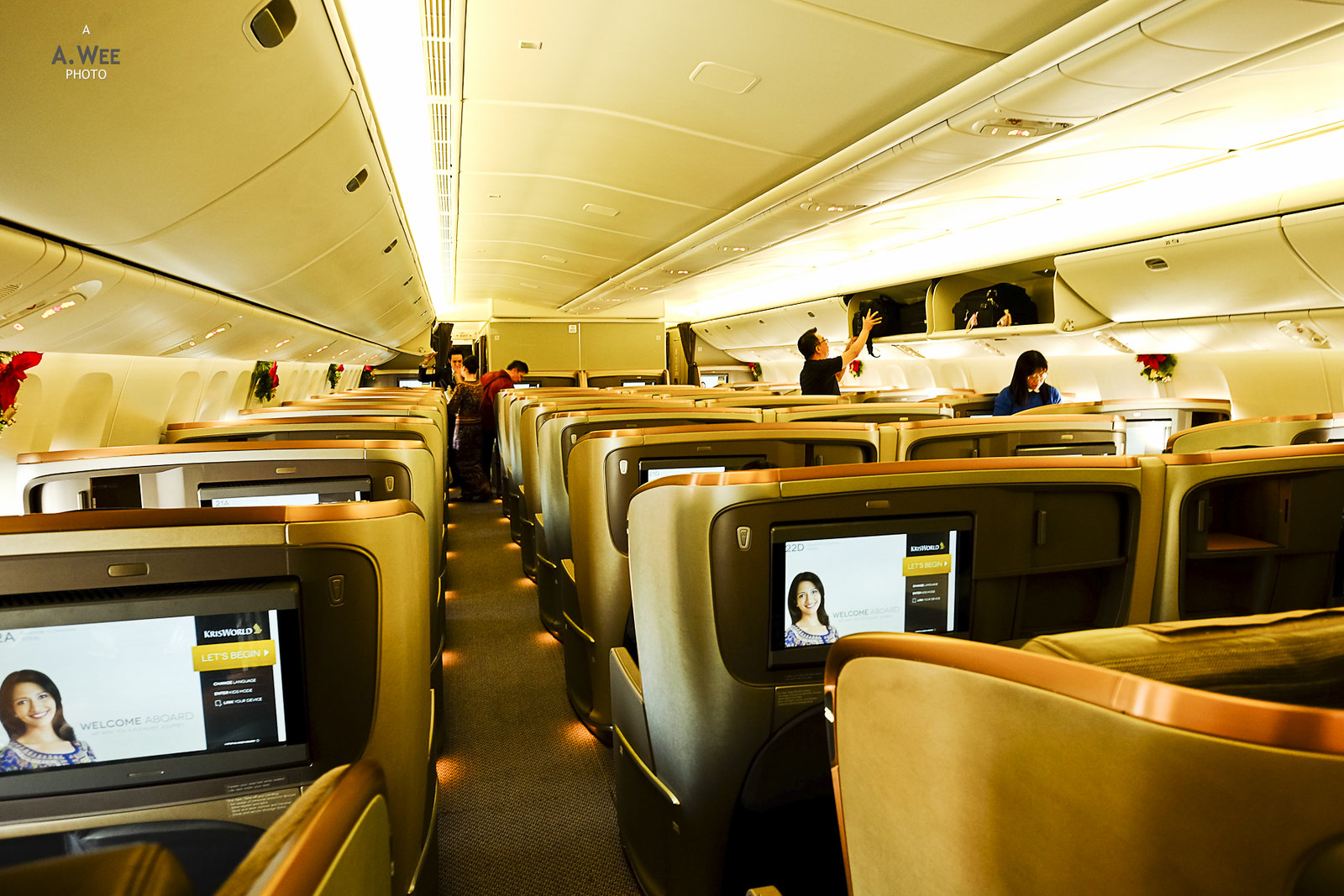 Hot towels were distributed with a special holiday menu. It was a pleasant surprise that Singapore Airlines still has menus in Economy class. While boarding, the Captain advised us of turbulent weather during the journey to Shanghai. 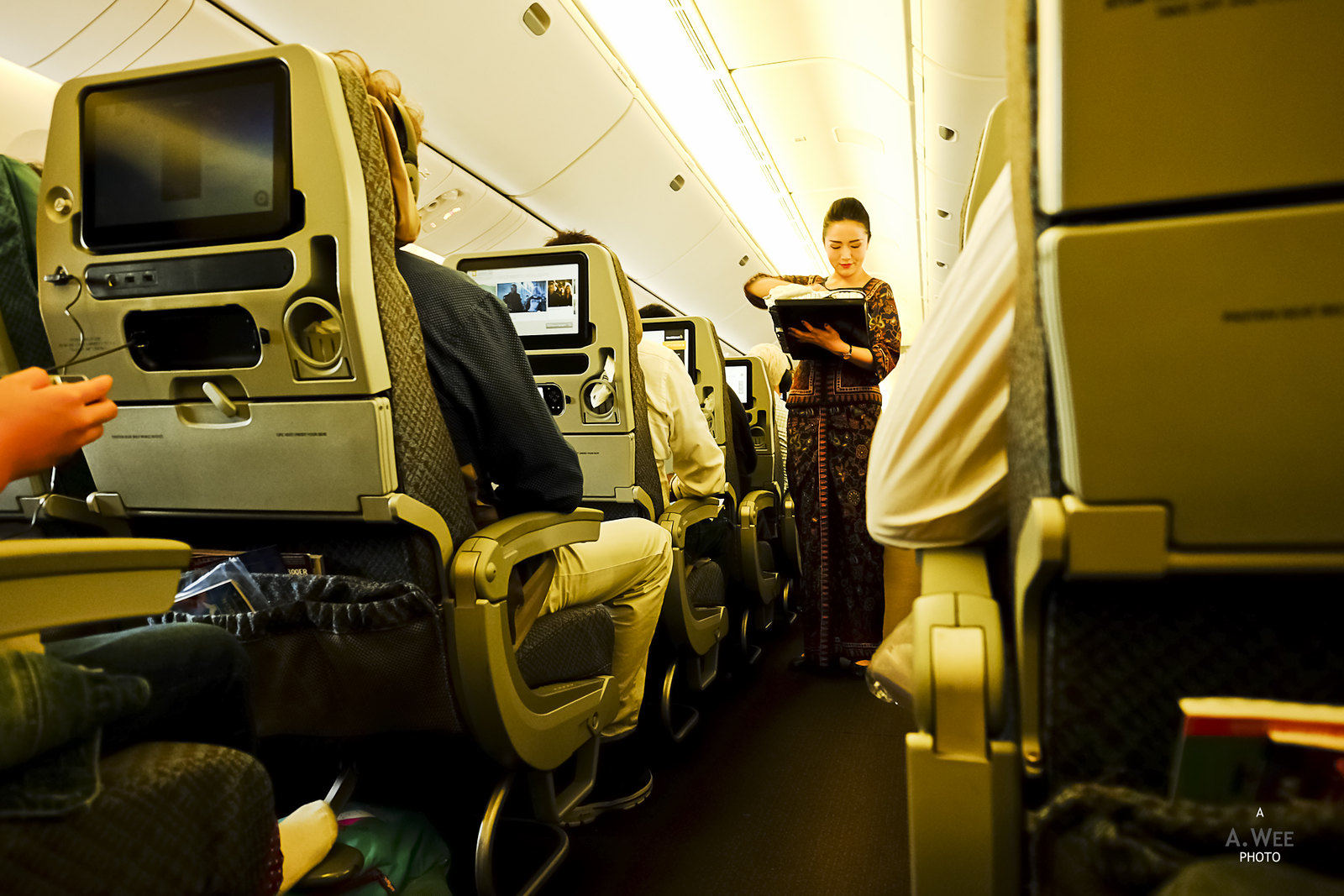 The menu for the flight is listed below: 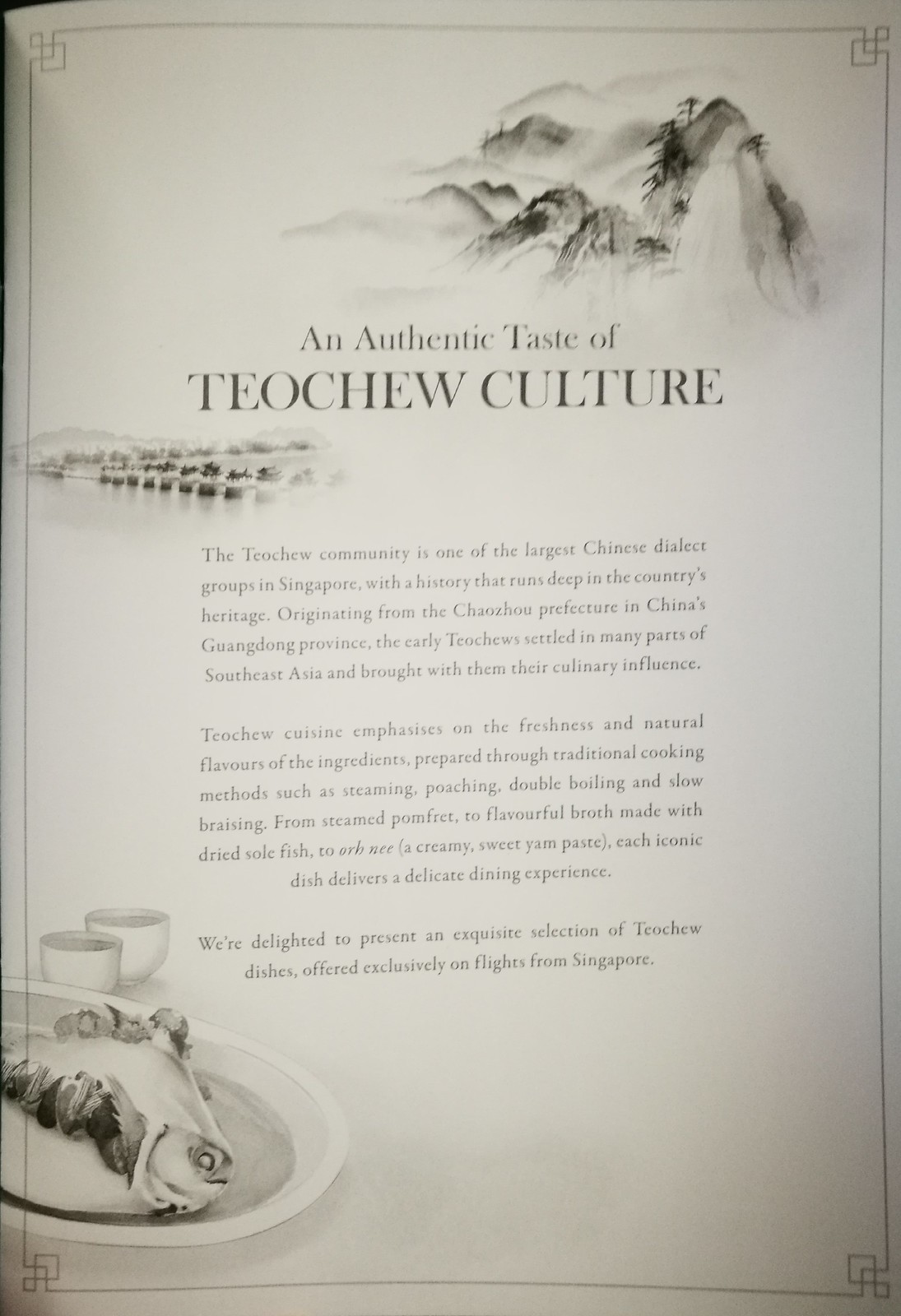 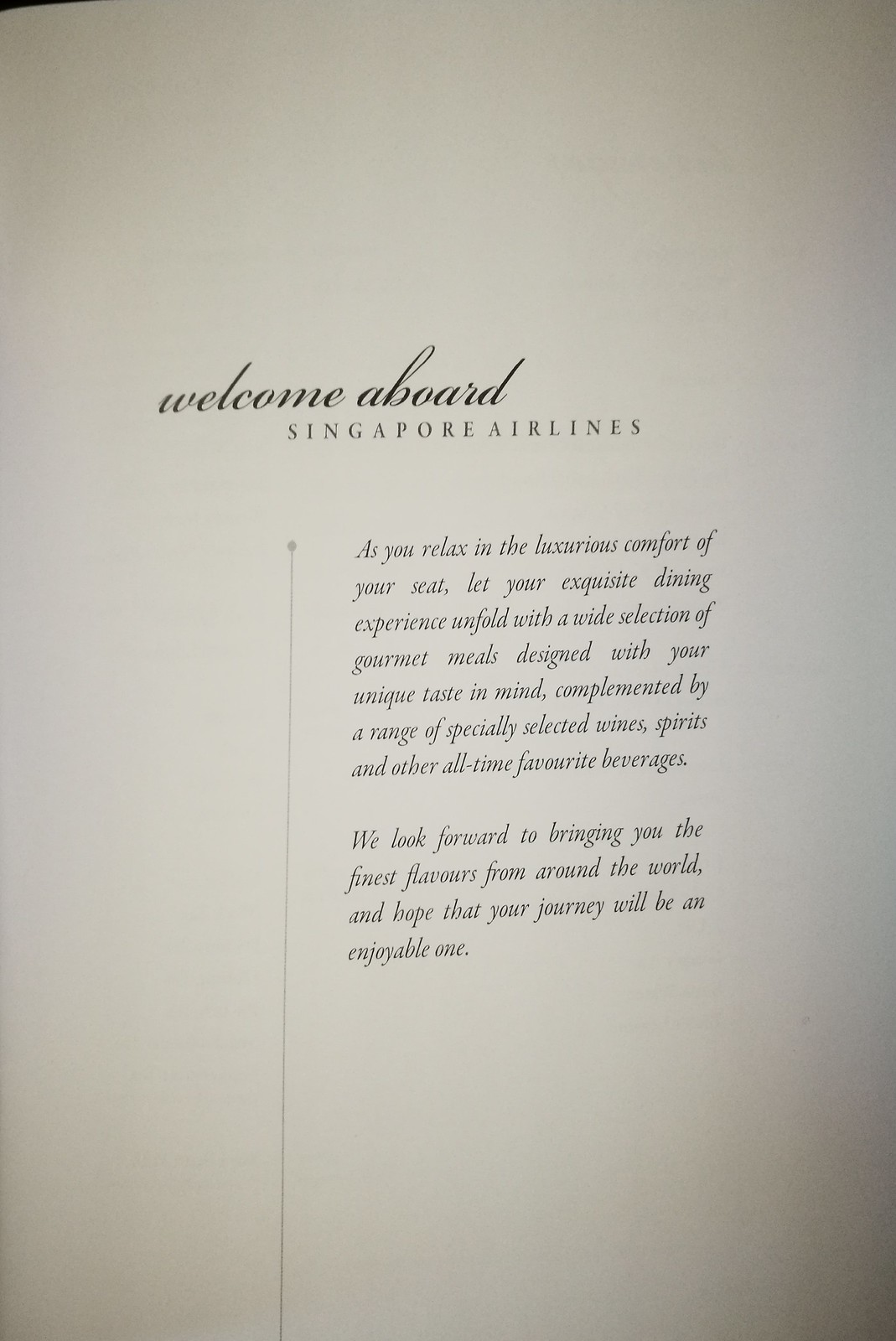 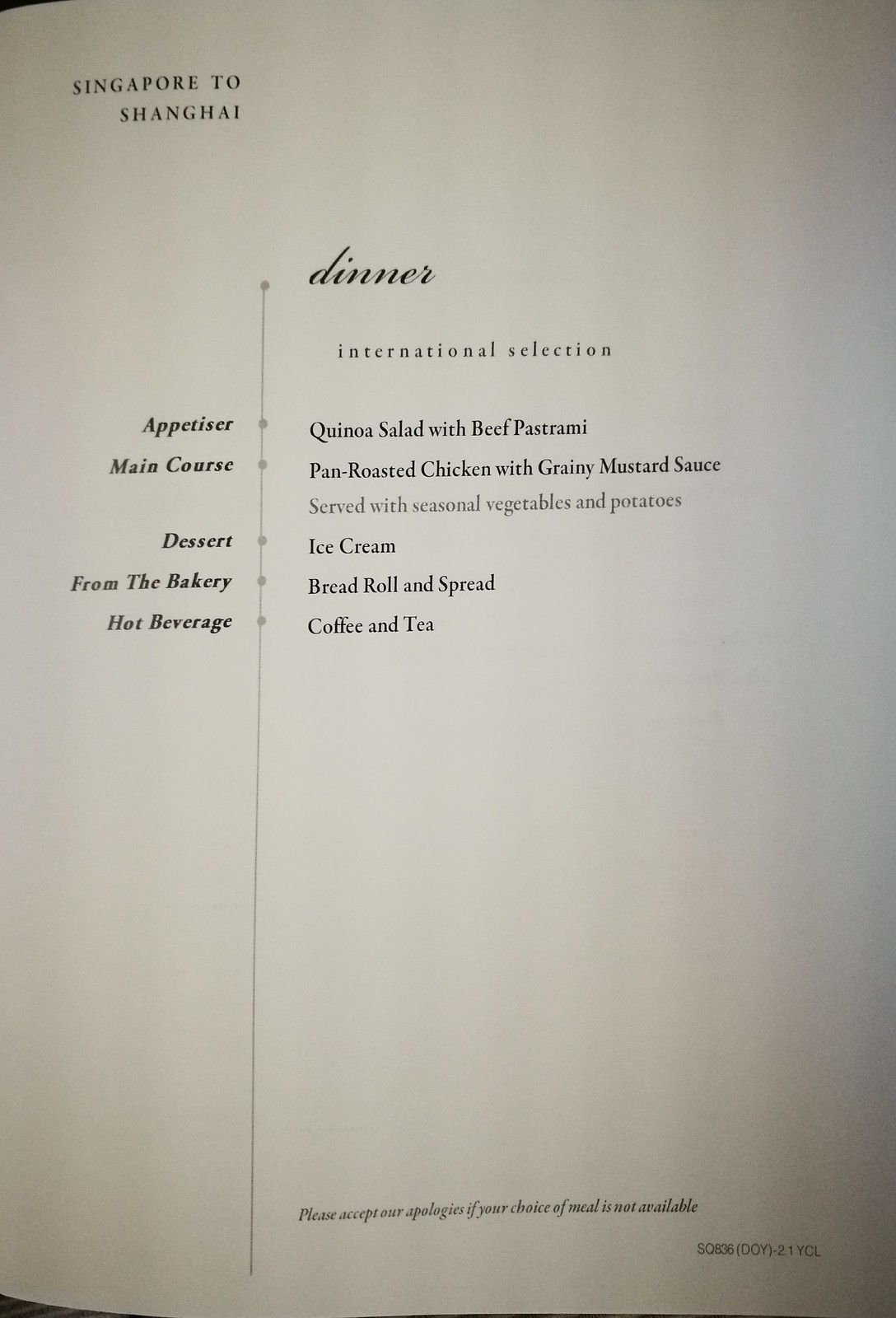 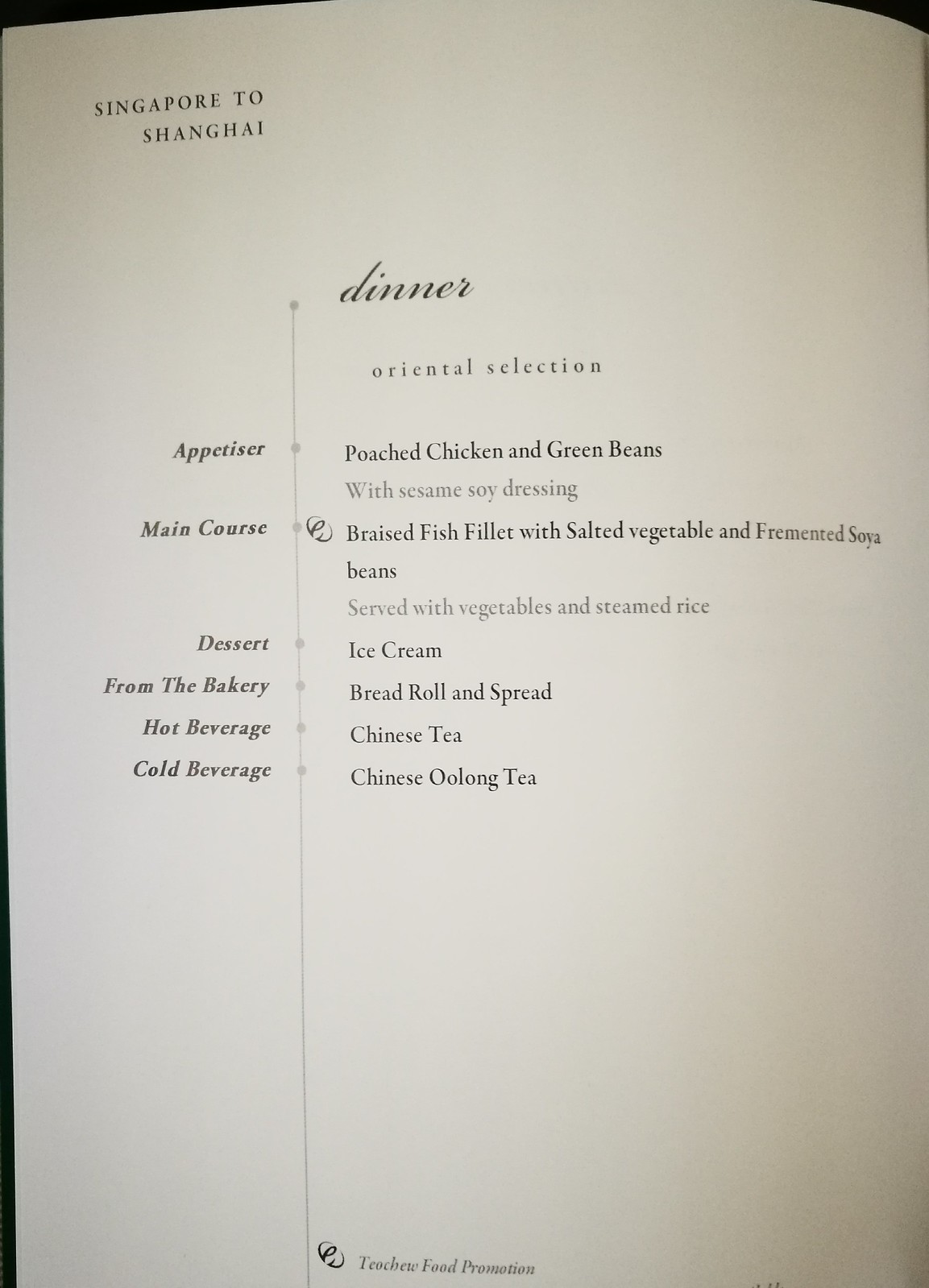 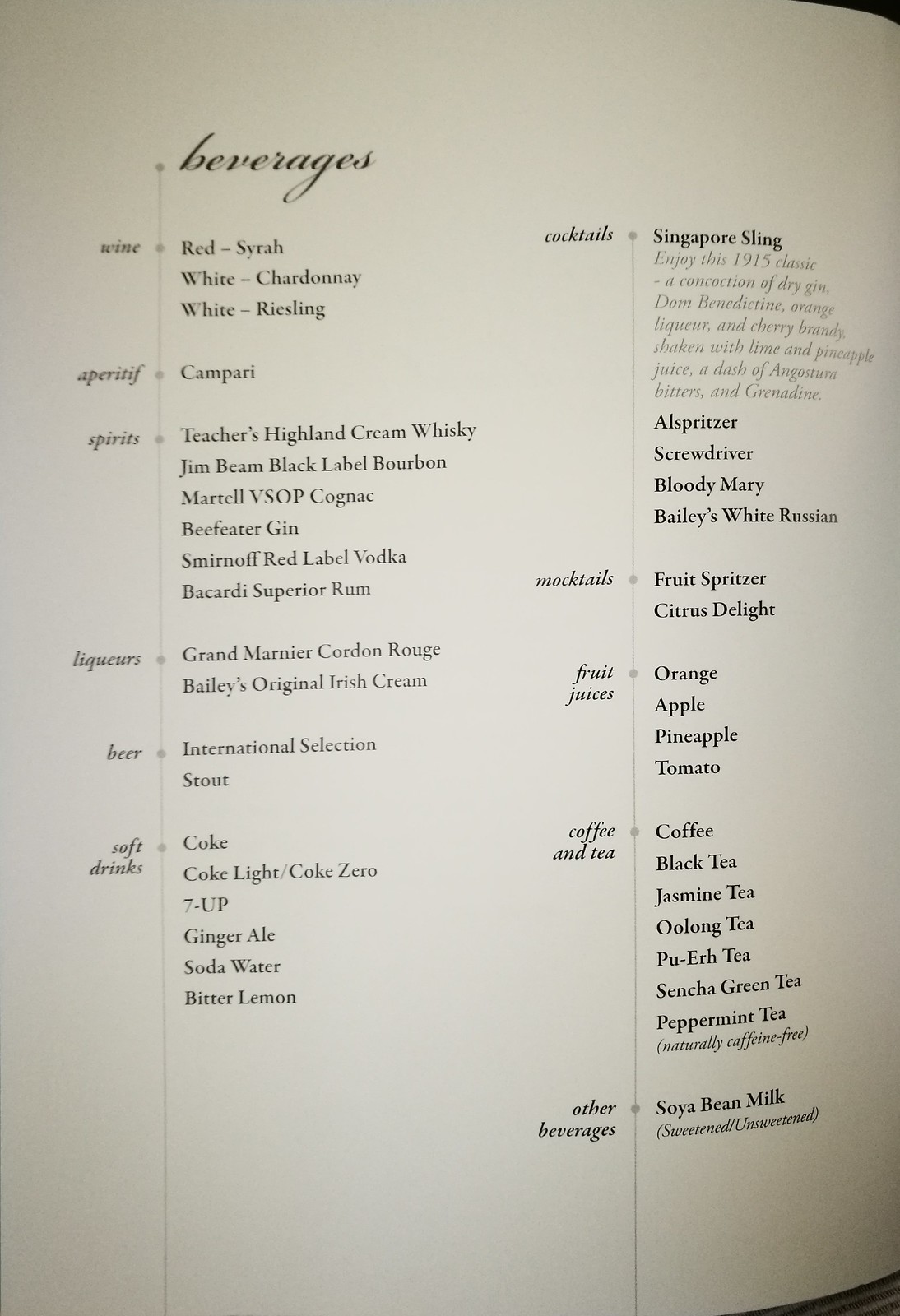 After boarding was completed, I noticed the flight was quite full in both business and economy. Meanwhile the flight was staffed by several Chinese crew members to cater to the Chinese passengers on this flight. This I noticed by the perfect Chinese announcements onboard. 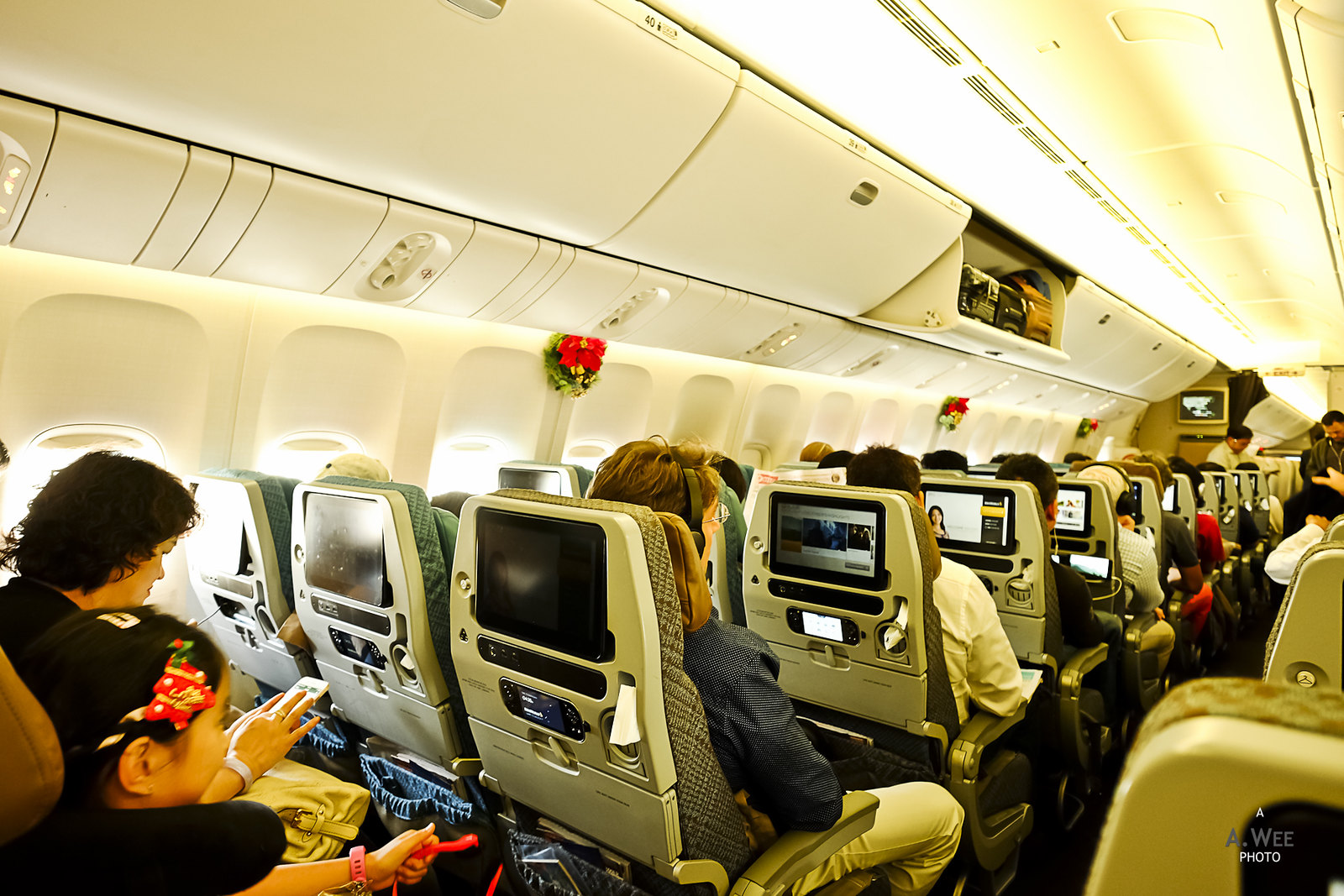 A while later, heavy traffic in Changi resulted in a 30 minute delay before pushback and the crew distributed water and juice in the cabin. I also asked for an immigration form during the wait and had time to fill it in so that I could head straight to passport control when I land since I expected a late night arrival. 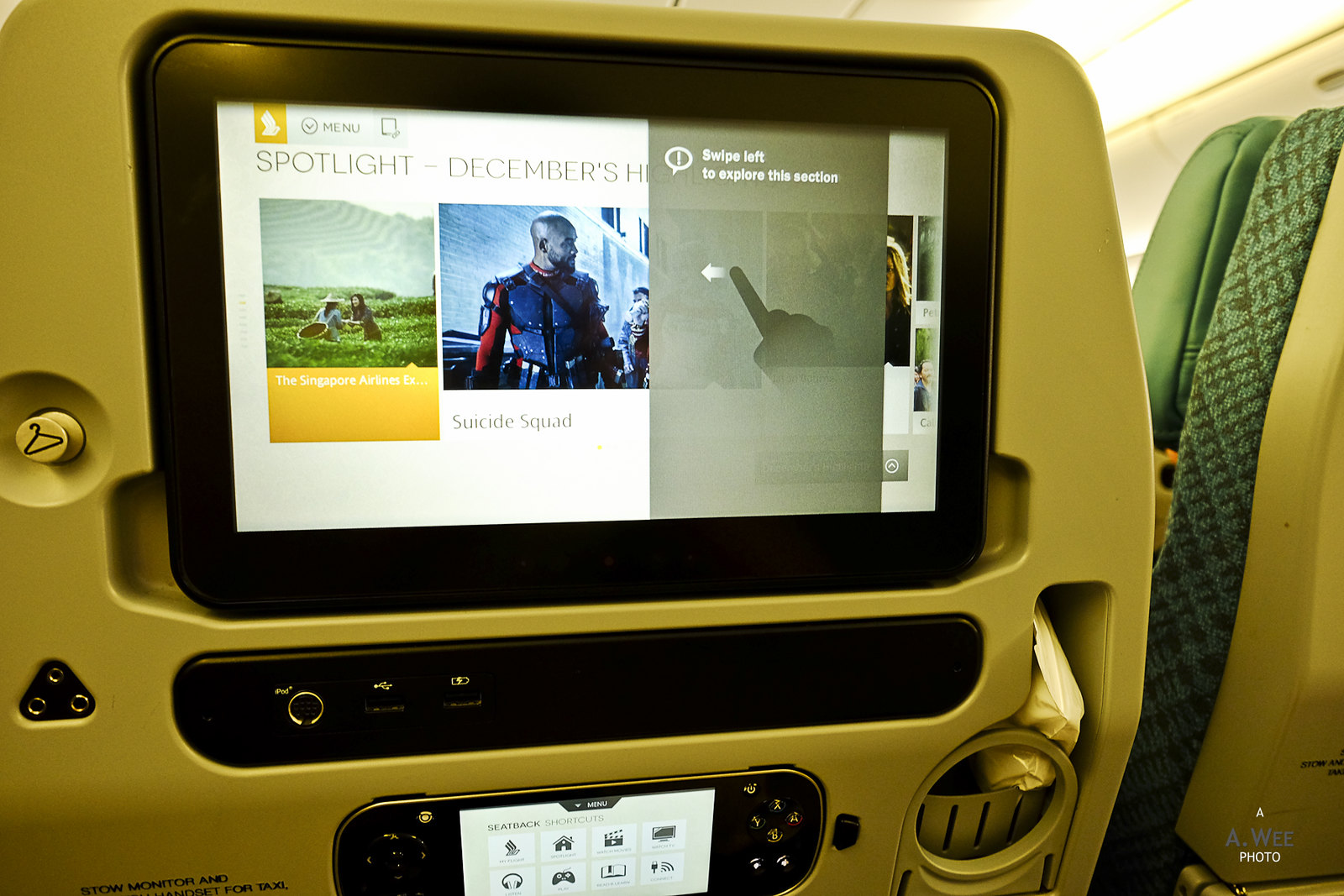 Before take-off, cabin crew advised that USB power cables had to be unplugged as they did safety checks. By 5:40pm, there seems to be an additional delay before pushback as advised by the captain who did apologize for this congestion. 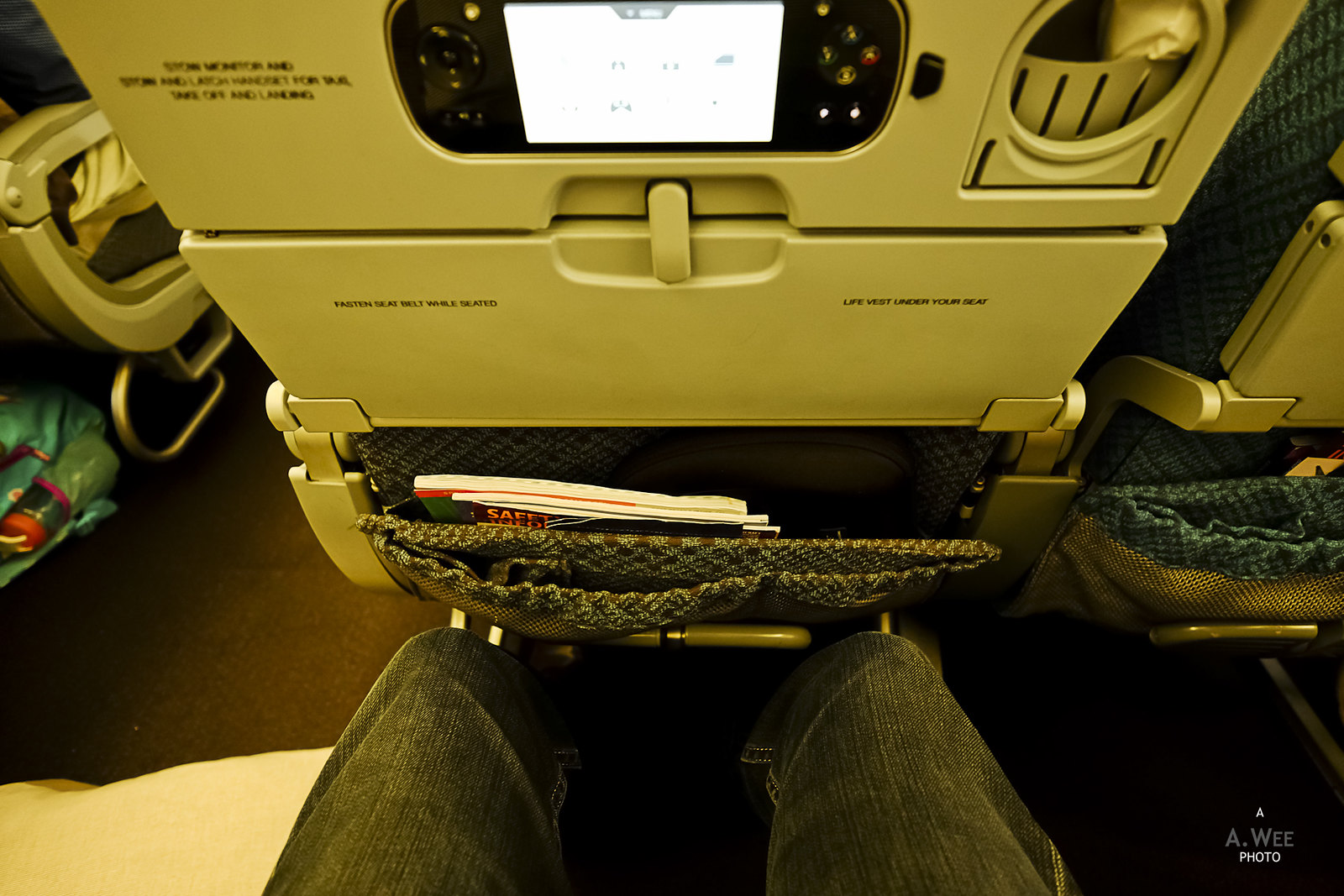 Legroom on the 77W

Mixed nuts and beverages were provided before the main meal service. Unfortunately I got the slower attendant and the long wait continued to the meal service. An extremely slow meal service added to the full flight meant those who ordered special meals finished theirs before I even got served. More than 1 and a half hour later after take-off before I got my meal, and that probably marks one downside to flying in Economy especially when you get served on a slow aisle. 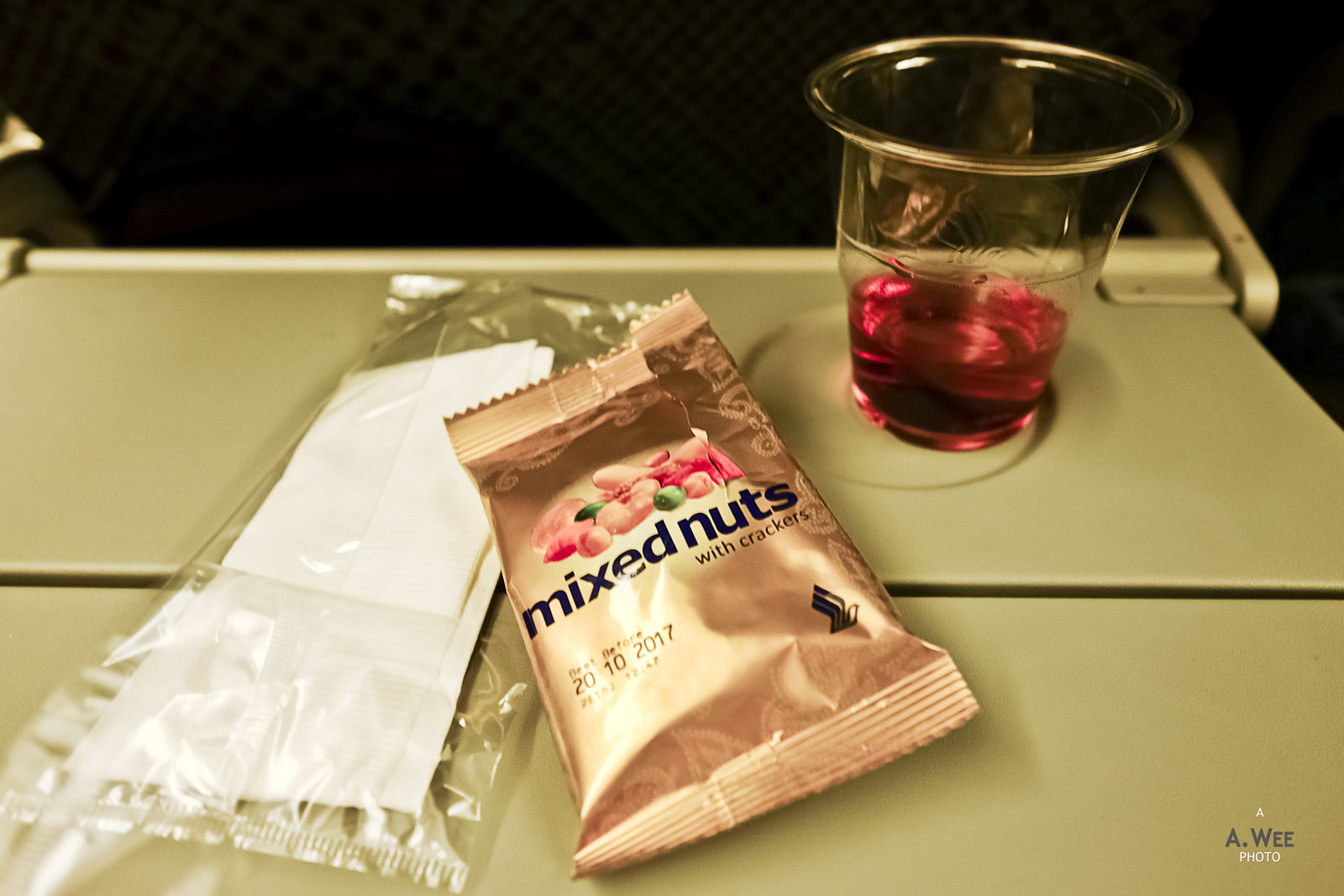 For my main course, I picked on the special Teochew fish platter and expected a real braised fish but it seems the menu was for show and the real deal was a fried fish added with some sauce. It was still edible and because I was hungry after all the waiting, I did still finish the meal. The meal also came with an appetizer of cold sliced chicken breast with vegetables and a piece of bread that was inedible. For drinks, I was given a can of Sprite along with the canister of drinking water. 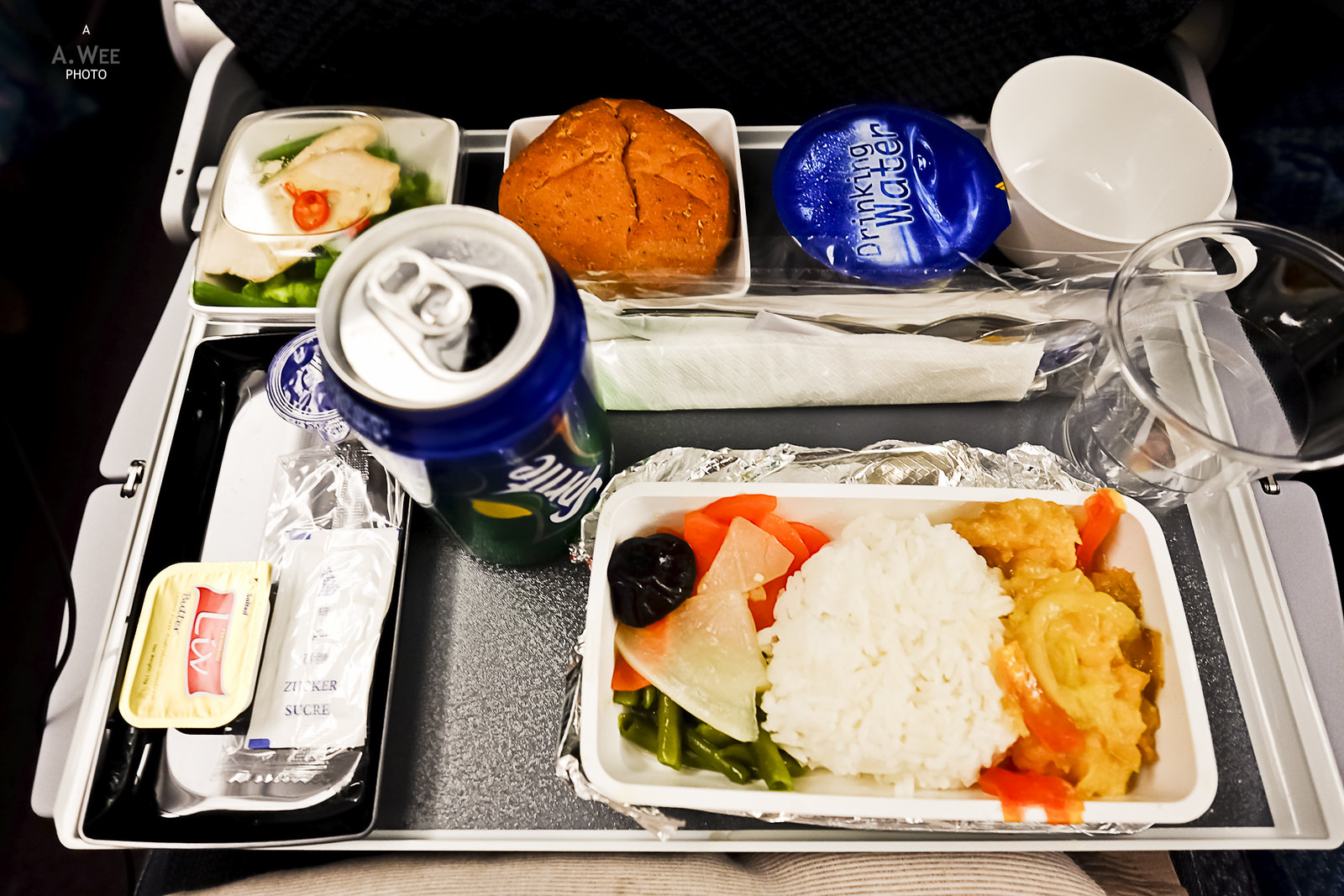 Ice cream was distributed halfway during my meal, and my hunger pangs due to the slow service meant I finished both quickly. While the ice cream have been downgraded from the Haagen-Dazs to a Cornetto cone, it was still enjoyable! After the meal, I was able to get some rest in the seat with the relatively comfortable leg room and foot rest in the seat. This certainly add to my enjoyment of the flight even in Economy class. 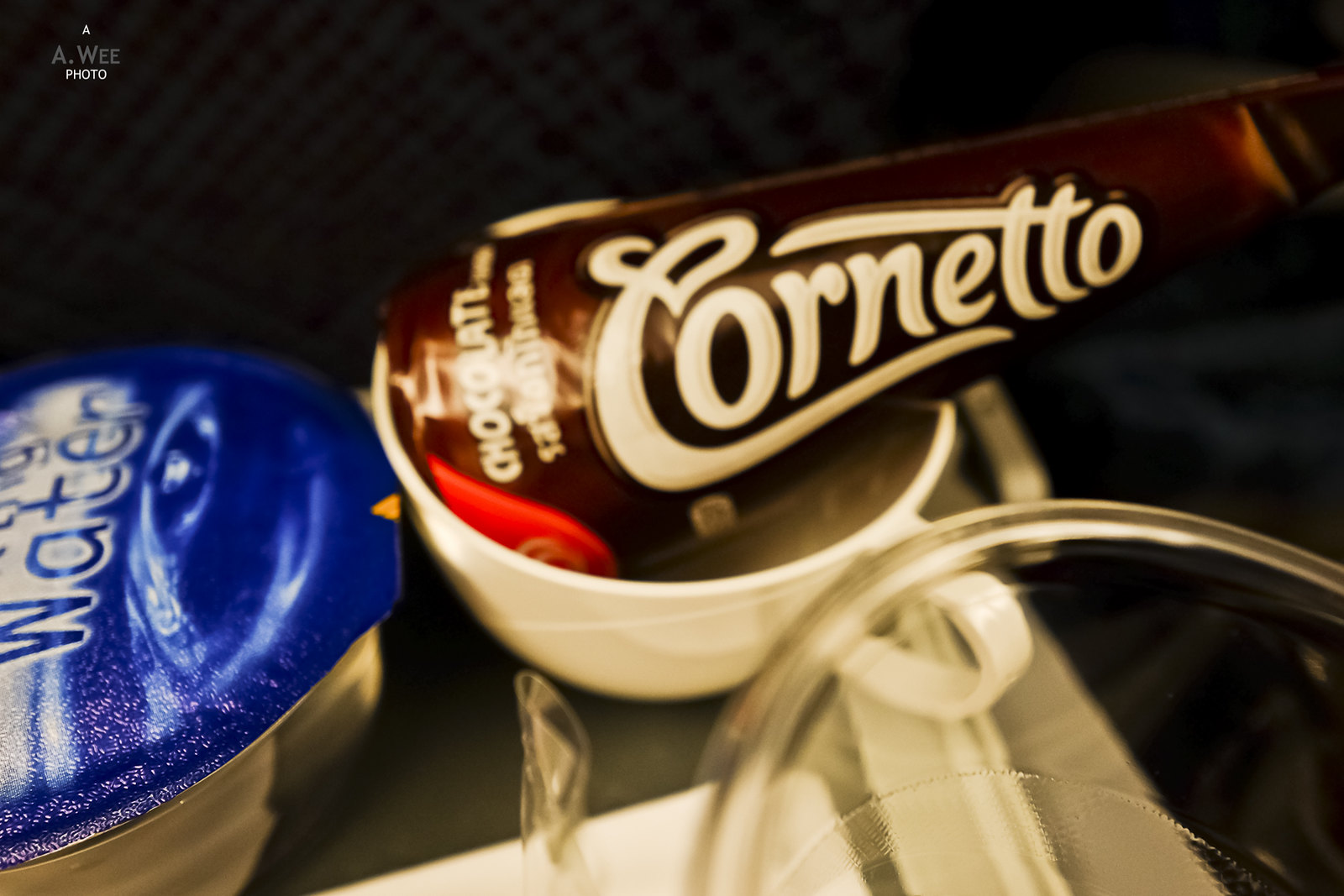 Another thing to note was the long queue for the lavatory after the meal. What was remarkable was how clean the lavatory was even when we were past Hong Kong airspace with slightly less than half of the journey remaining. Meanwhile our Captain received some more news that low visibility in Pudong meant we would be delayed with an ETA of 11pm. 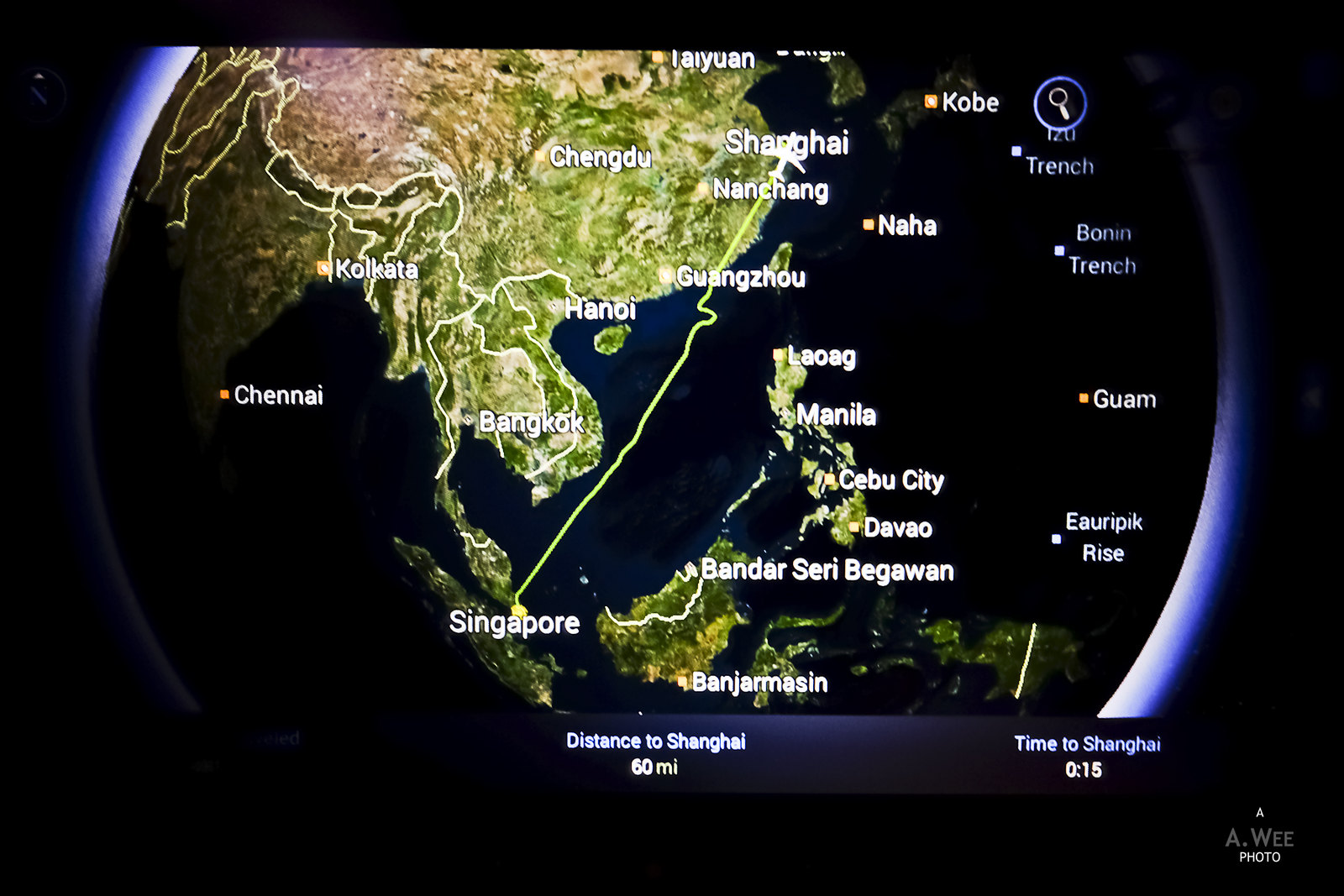 About 220 miles off Pudong, Captain announced our descent though bad weather continued to persist with near zero visibility. Thus it was a somewhat bumpy descent but we managed to land safely in the airport and with a quick taxi to out gate, the flight ended up 30 minutes late. Though the short immigration queues and the quick baggage claim in Shanghai Pudong certainly made it comfortable after this mid-range regional flight. 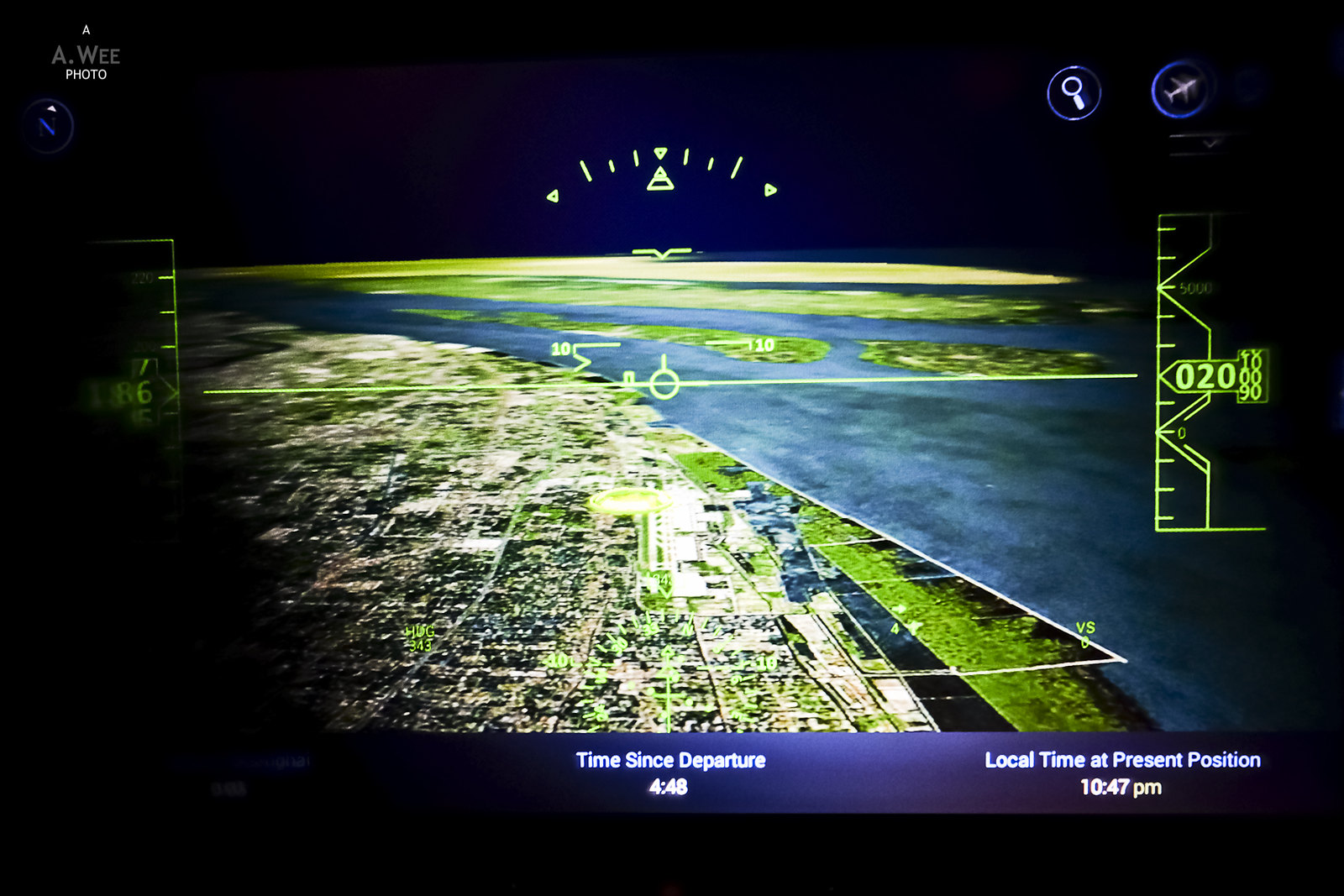 Food was a disappointment for this flight and the slow meal service certainly made it less enjoyable than it could have been. Cutbacks in the service and amenities seems to be quite prominent and I would have preferred they make do without superficial stuff like menus and focus on the meals that matter. However, the hard product such as the seats and stellar inflight entertainment choices onboard Singapore Airlines made the flight still bearable. If not for redeeming miles for this flight, I might have been slightly disappointed, and I do need to remind Singapore Airlines of the tough competition and if they cannot deliver the premium services, they would be unable to charge the premium prices any longer.

The contributors of Flight-Report published 13 reviews of 2 airlines on the route Singapore (SIN) → Shanghai (PVG).

The average flight time is 5 hours and 5 minutes.