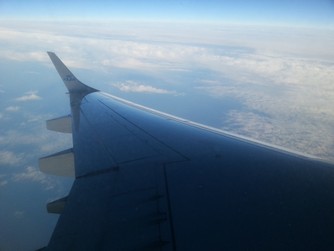 #25 out of 78 Airlines A minimum of 10 flight-reports within the past two years is required to appear in the rankings. 482 reviews

I'm back on FR with a report which is part of a series of flights that took me from Marseille to Scotland, and back. The itinerary was as followed :


However I only reported this flight, as I it was my very first flight on an E190 (very exciting isn't it) but also with KLM Cityhopper.


Time to head back South on Christmas Eve, and we arrive at EDI 1hr 30 before boarding. Drop off here is one pound, which I found a bit shocking… 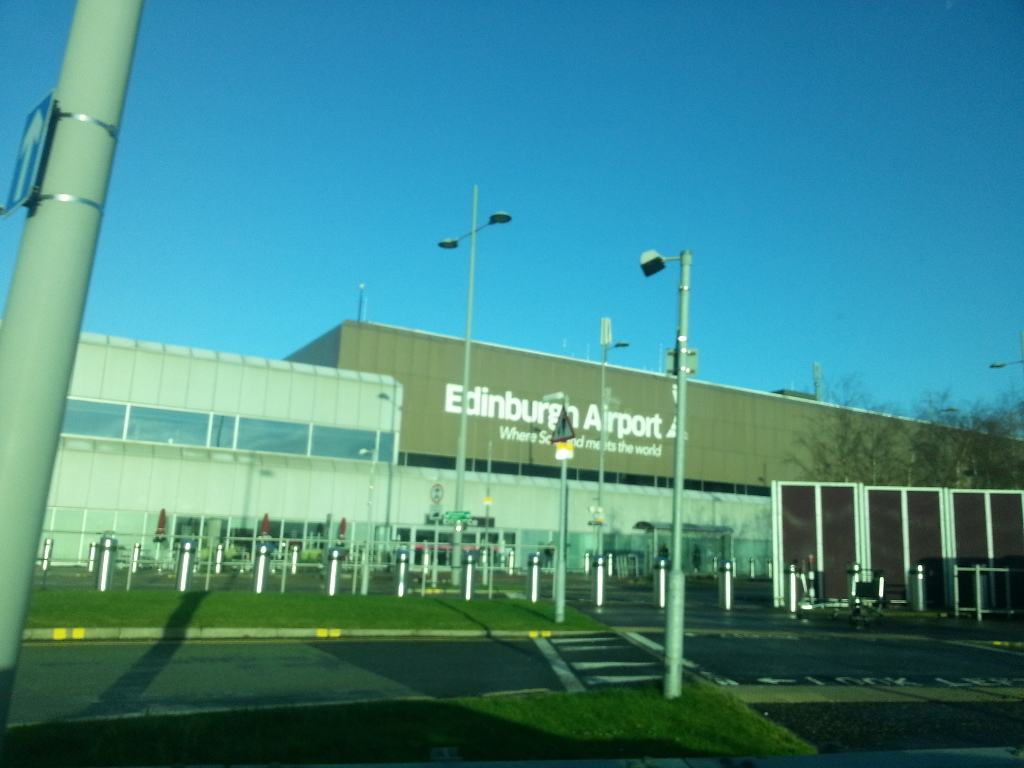 The main entrance to the terminal being blocked, we had to enter via the arrivals, and walk back to the check in area. Af/KLM counters were empty as you can see, and we had checked in the day before so we didn't use the check-in kiosks. We dropped our bags at the counter. The employee was polite enough. 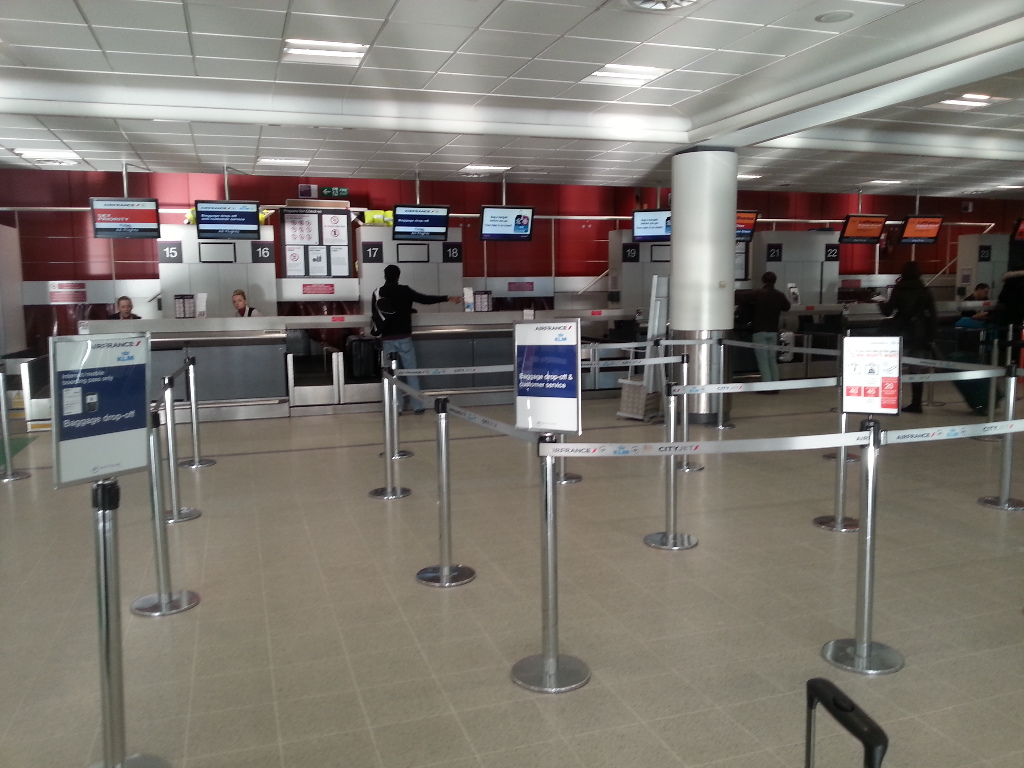 Security was very slow, as only two lanes were opened out of six. It took about 20 minutes to go through…

Just as we came out of security I noticed the QR 787-8 waiting to head back to Doha.

Qatar Airways is one of the few airlines to operate long-hauls flights at EDI, the others being Etihad (Emirates serves Scotland from Glasgow), United Airlines, American Airlines and Air Canada Rouge. 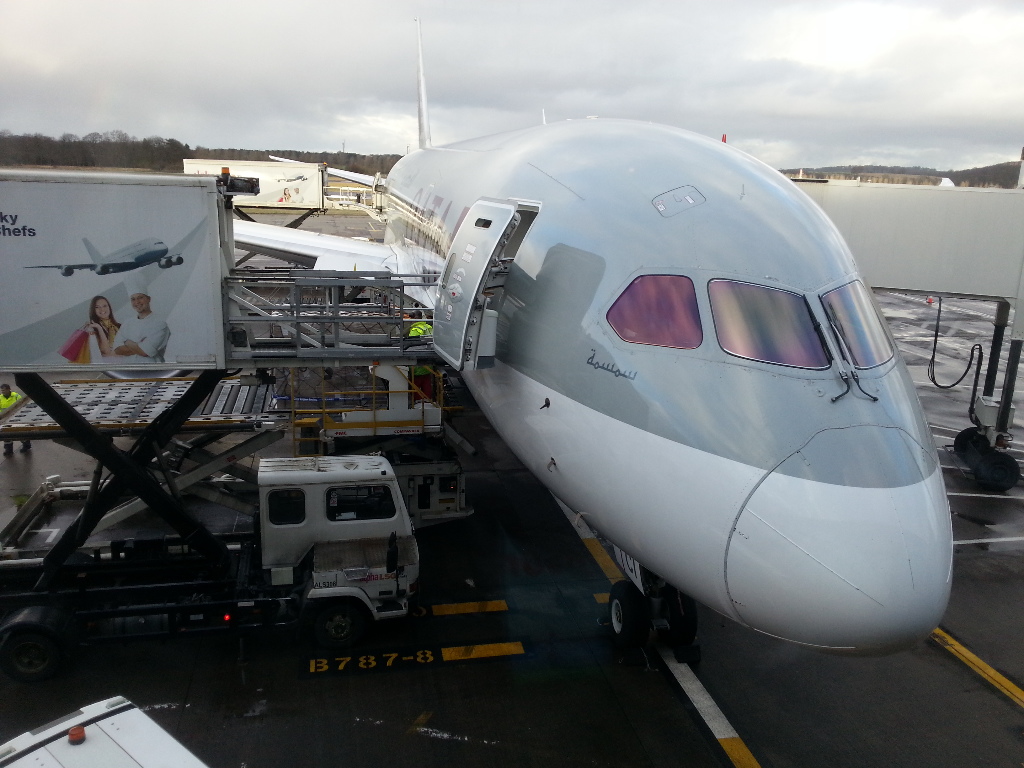 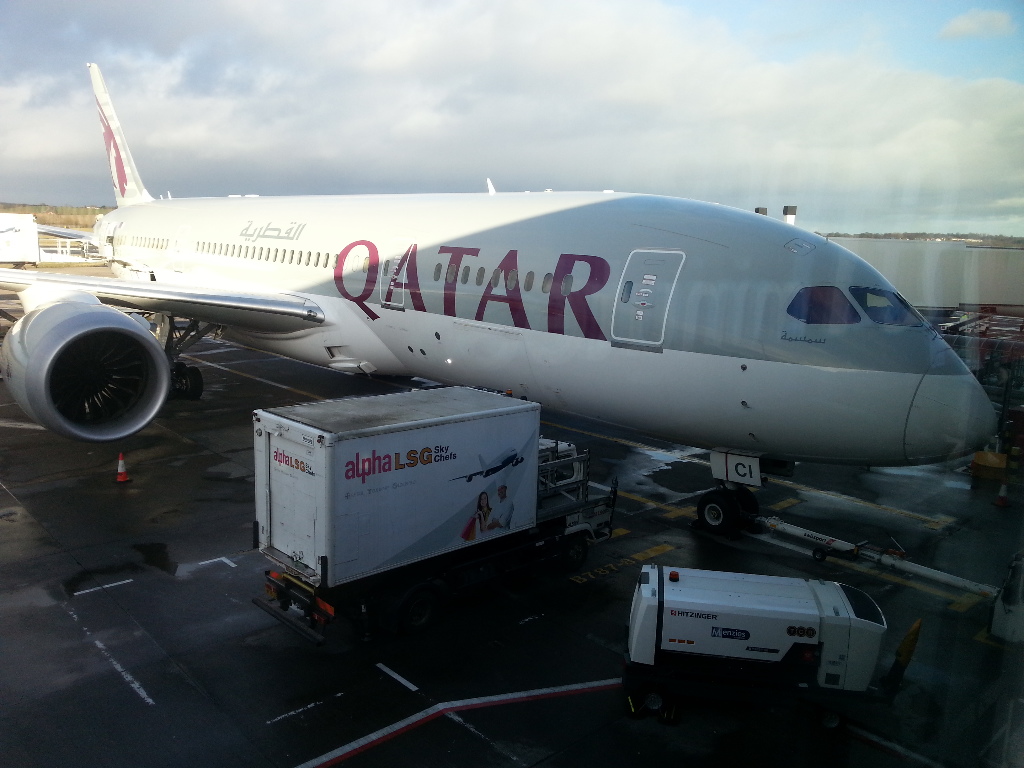 We then had a look at the restaurants to have a quick lunch. We decided on the one between gates 11 and 12, as it had a nice view on the traffic landing on the runway. However after having waited about half an hour for our meals and seeing others passengers being served while they had arrived after us, we complained and found out they had cmpletely forgot about our order. Great… Now it was beginning to be too late to cook the meals and eat them without hurry and we decided to leave… We ended up having a sandwich at the nearby Costa.

A bit later, the gate was announced. It turned out the flight was running a bit late and we probably would have had the time to eat our meal but anyways…

Today's aircraft is PH-EZY, delivered to KLM Cityhopper in 2013. 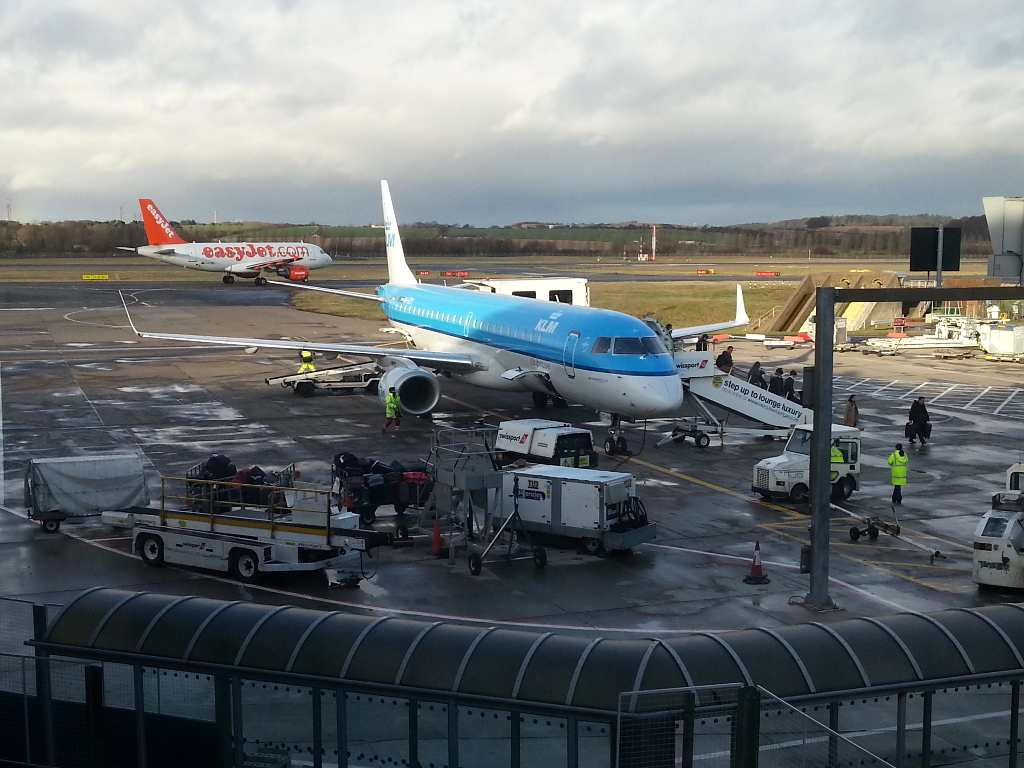 Boarding is announced with the priorities, although no clear lines seemed to have been but in place. 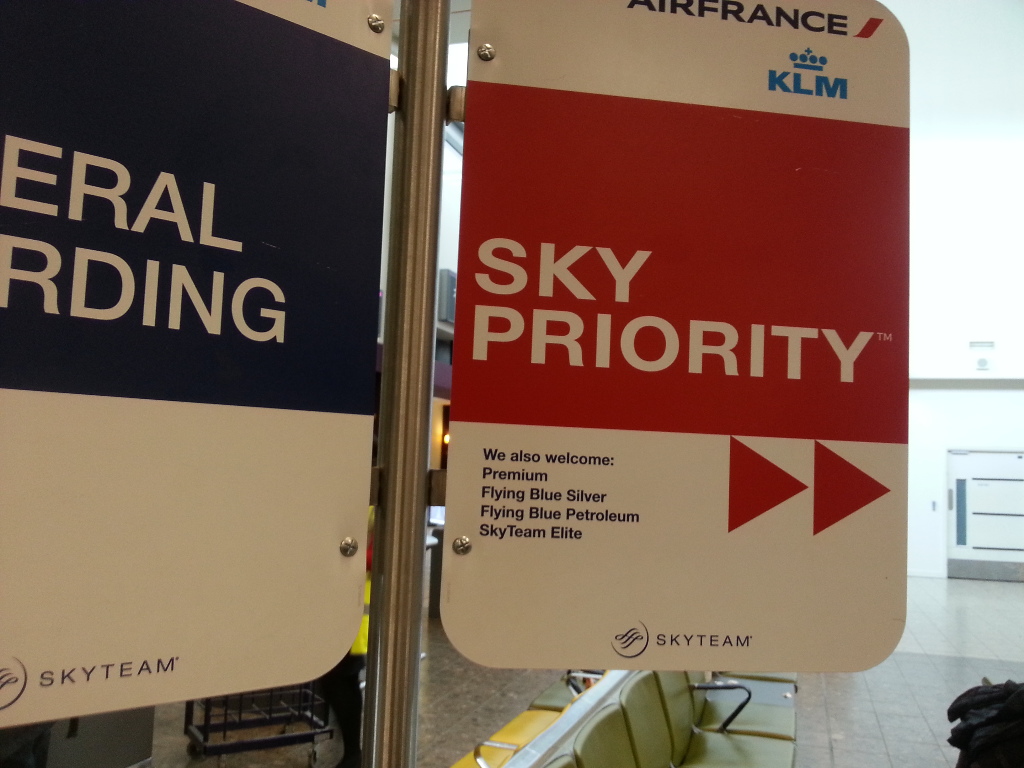 Once on the tarmac, we were asked by a ground agent for our seat number and she invited us to use the rear door. 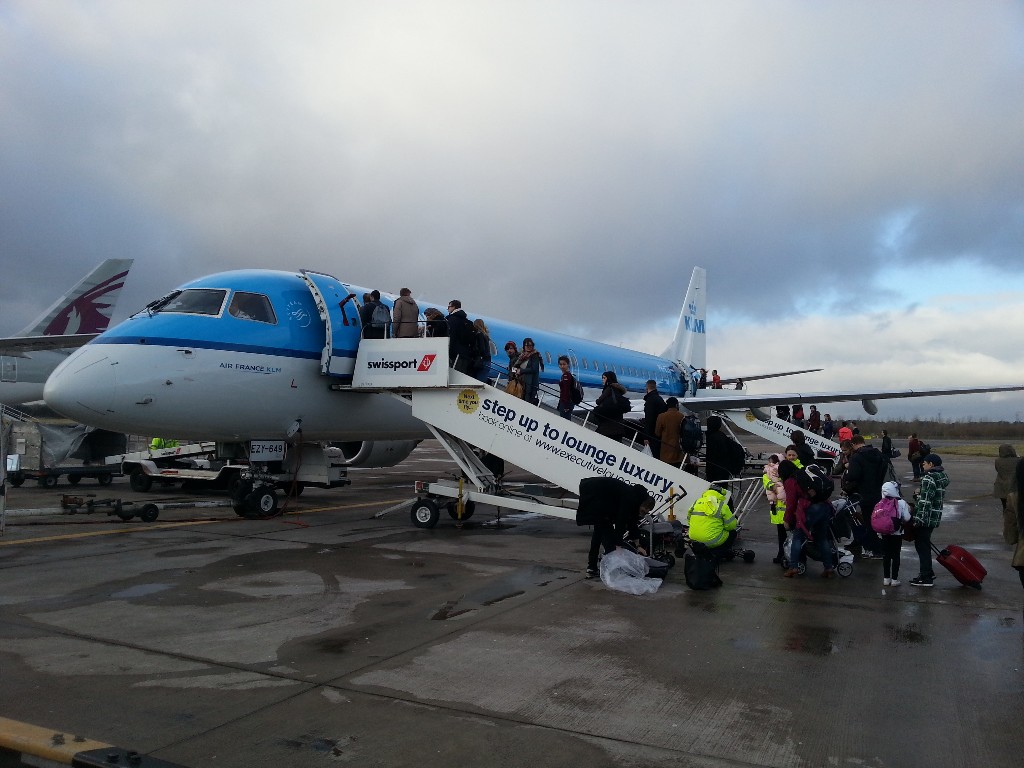 The stairs were a bit shacky because of the wind… 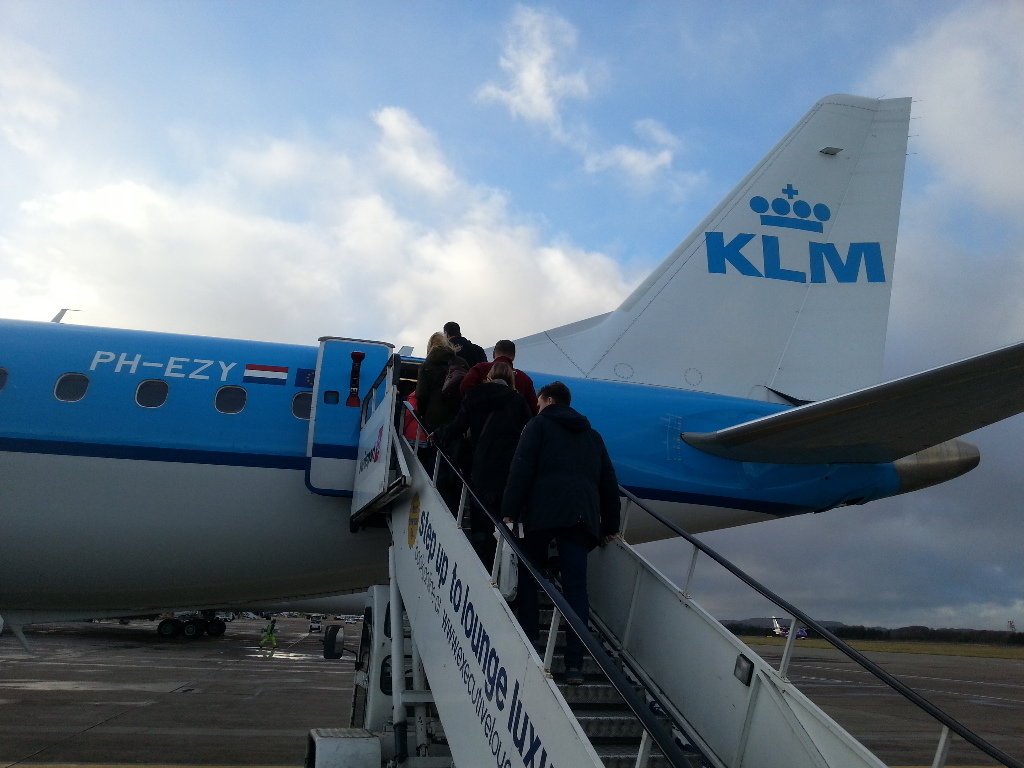 We were welcomed aboard by a stewardess who could have looked happier and walked back to row 15. Boarding from the front would have been quicker I think.

Pitch was fine (I'm 1.82m). There were no magazines in the seat pocket, probably someone had taken them. 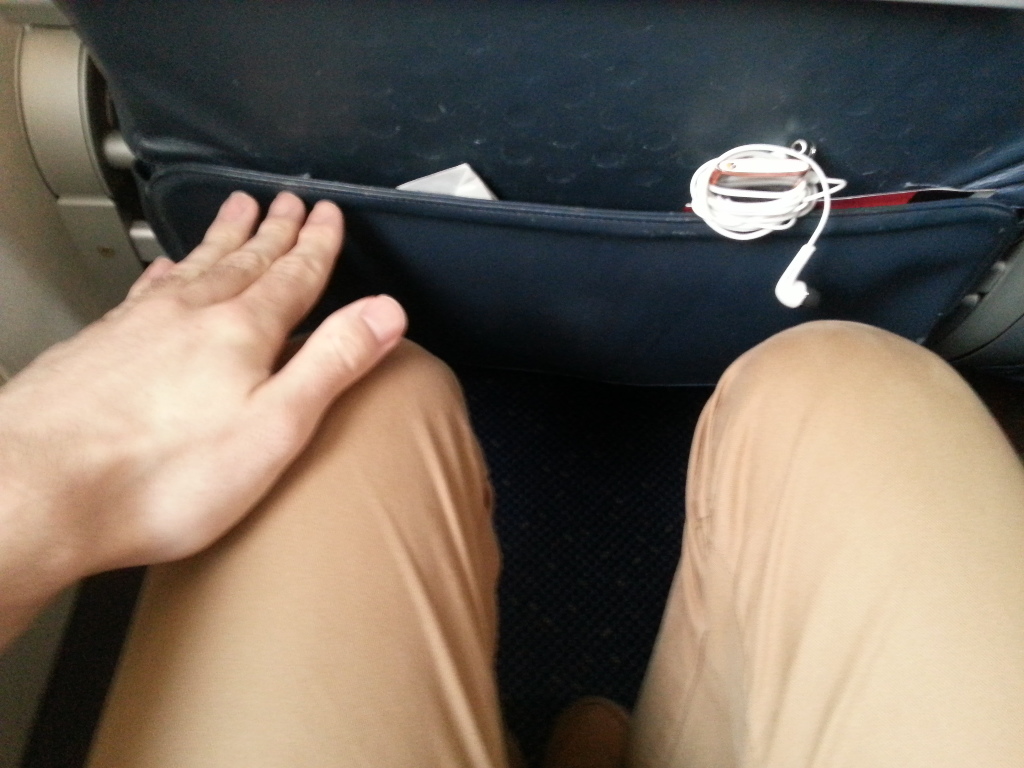 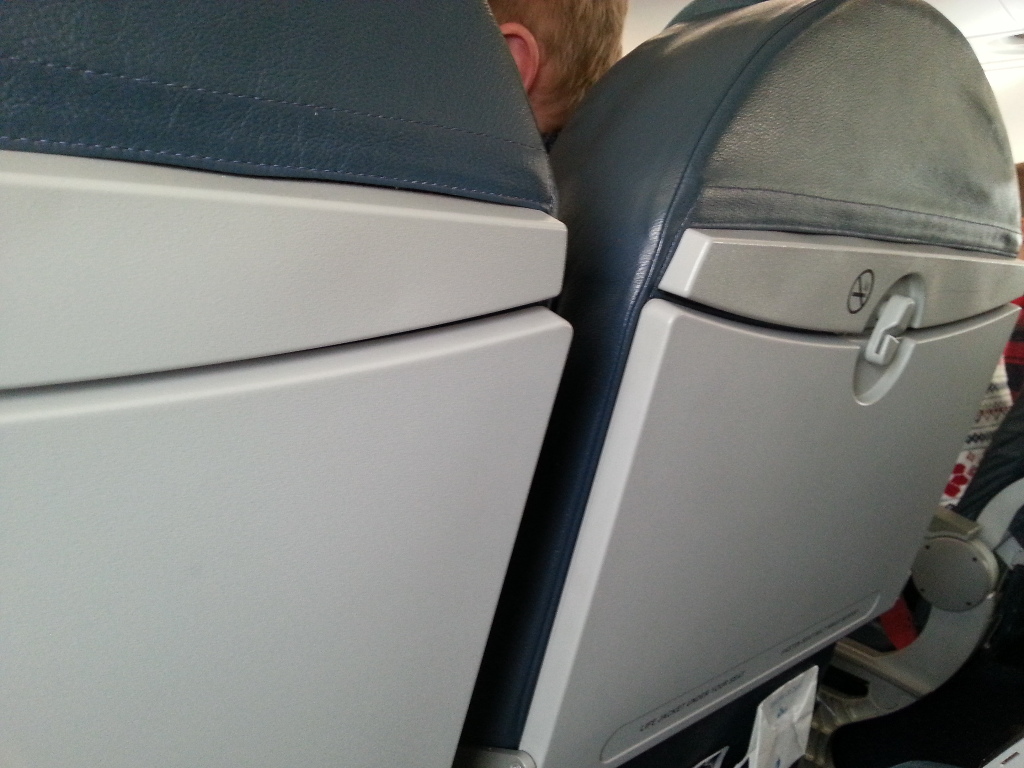 Boarding was completed rapidly, followed by the captain's announcement and the purser (who was probably Scottish). I think that none of the crew onboard could speak Dutch, which I don't really care, but it would be weird for me to board a flight to my homeland on a national airline where none of the crew could speak my language… Anyways, this happends all the time on Ryanair flights I guess. 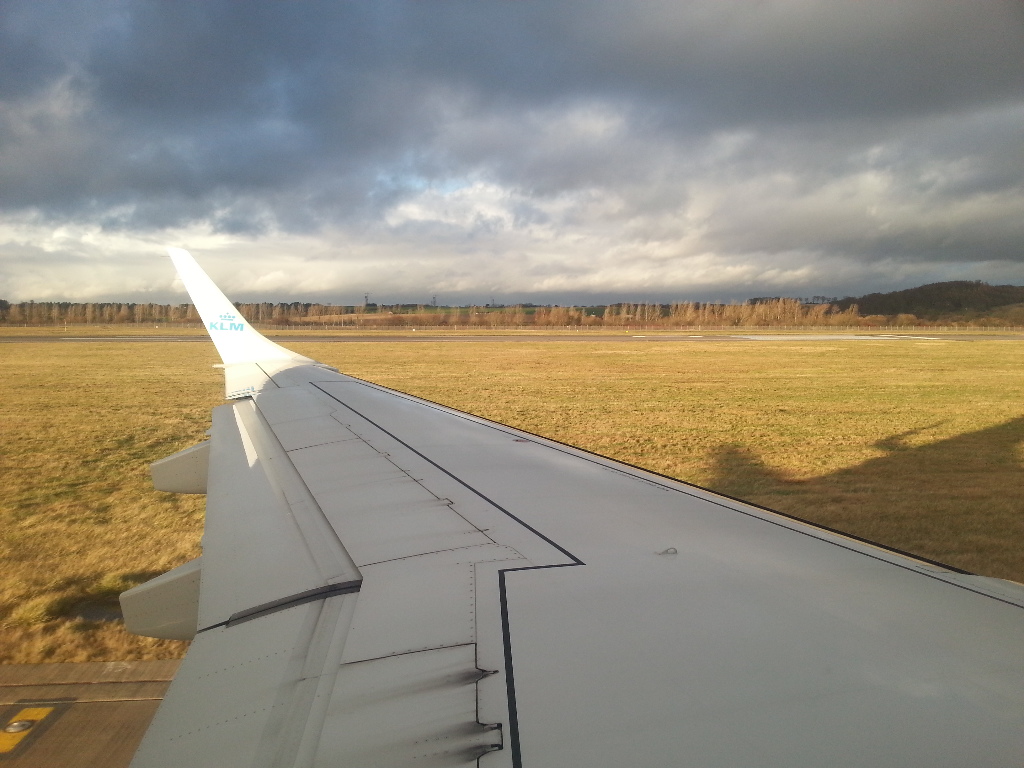 Taxi, with the safety procedures showed live, in English and Dutch 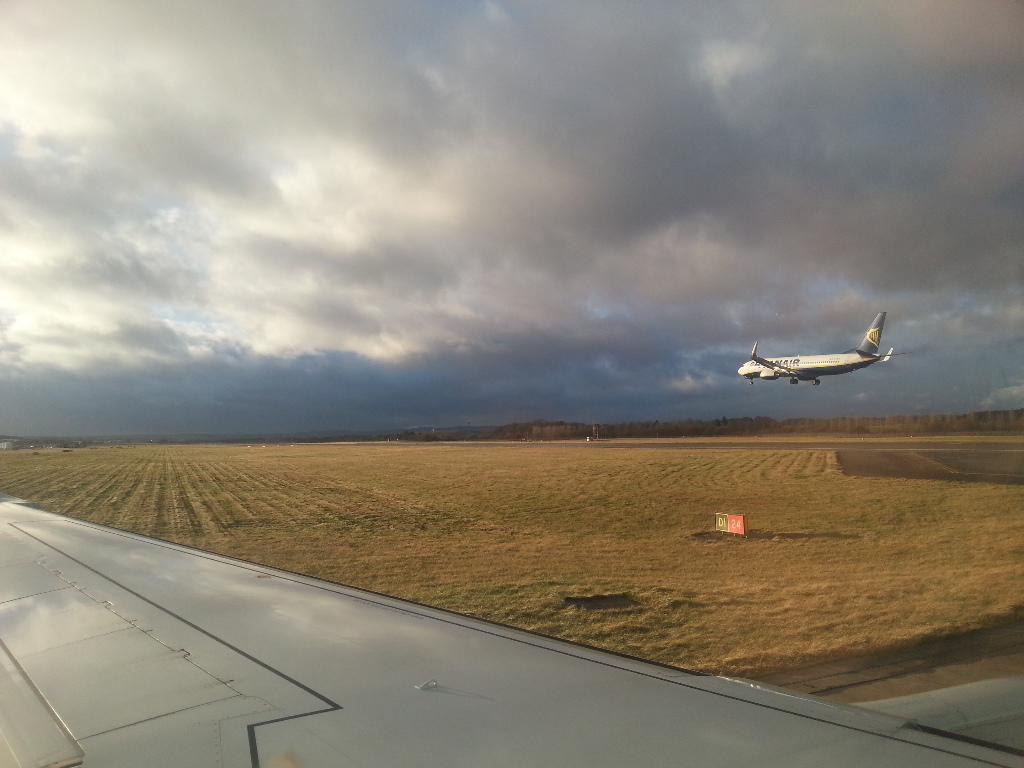 There we go ! A bit of turbulence on the way up 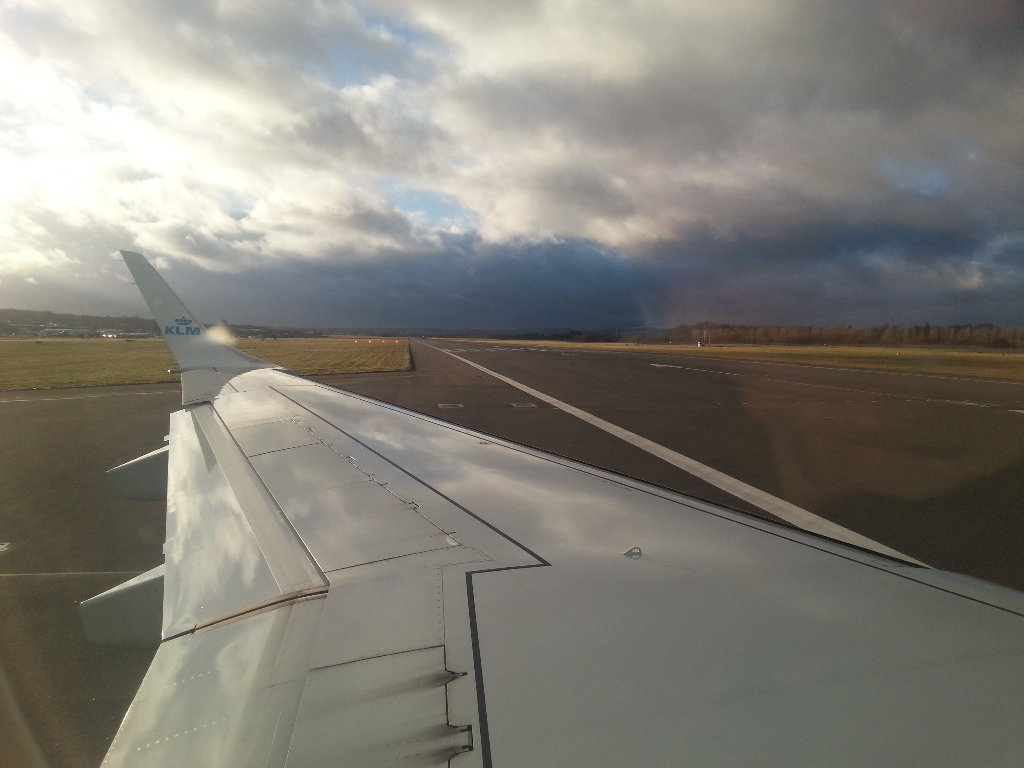 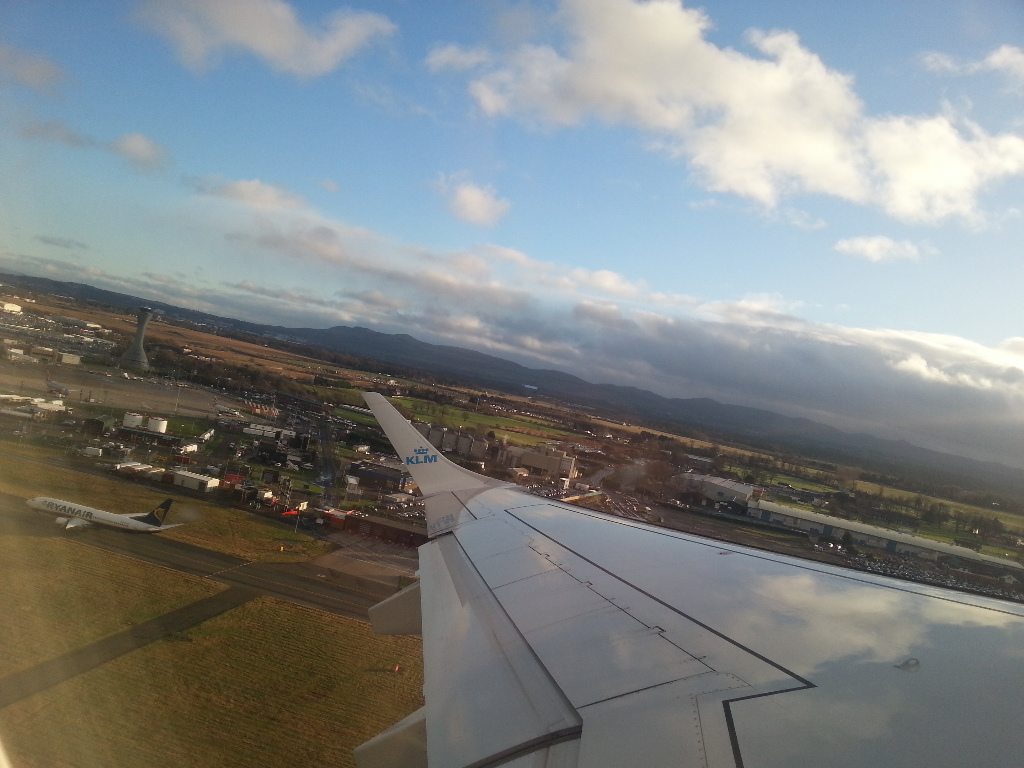 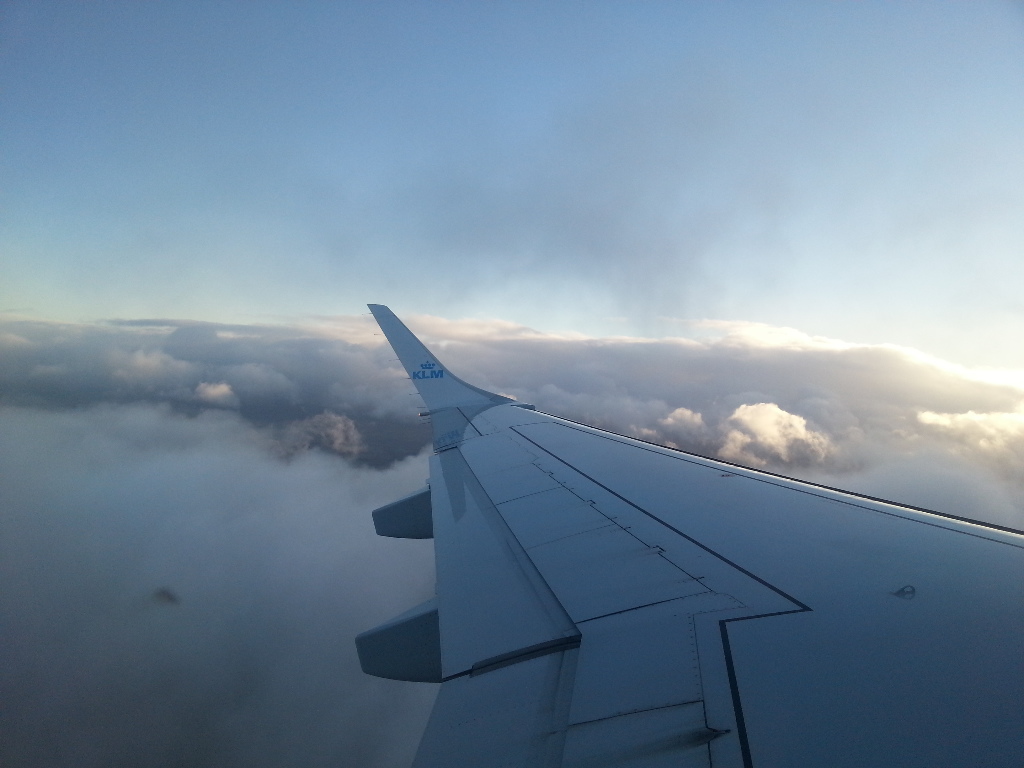 I went to the lavatories at the rear as the not so funny stewardess was preparing the trolley. However she did wait for me to come out before getting started, which I appreciated.

Catering was a cheese sandwich and apple juice for me. The cheese sandwich was proposed without choice but when the purser came from the front to help with the service she proposed a chicken sandwich to passengers to wanting the cheese one. I would have thought the contrary would have been more logical… 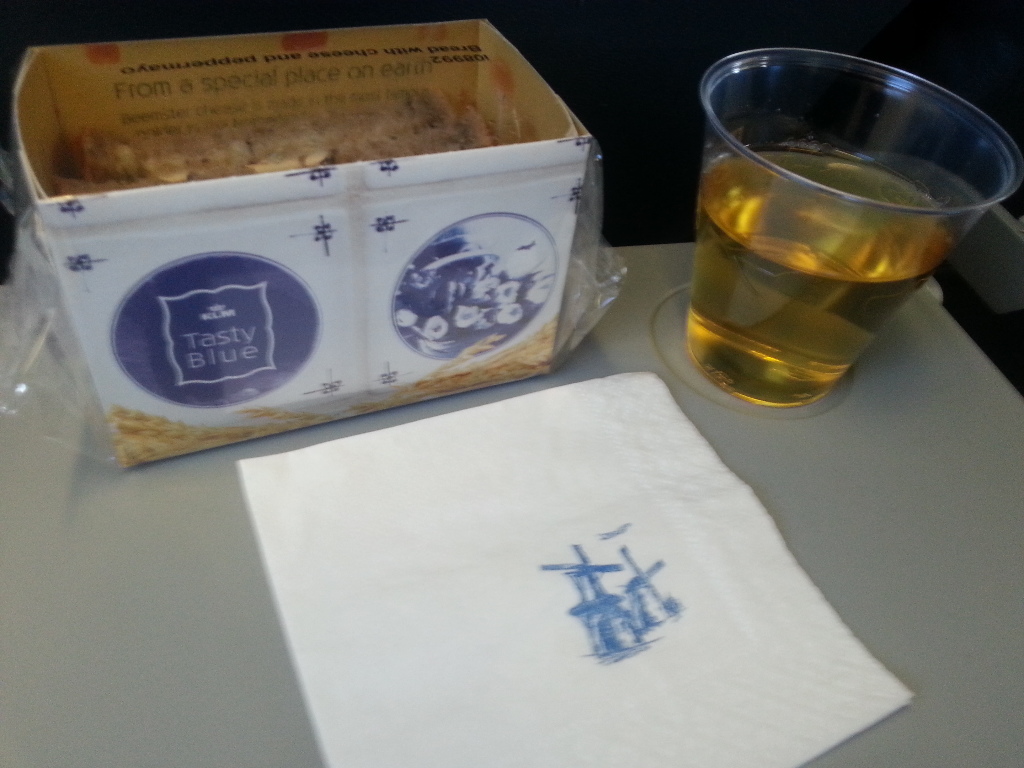 It wasn't bad, a mayonnaise sauce prevented it from being too dry.

The rest of the flight was uneventful, and we started our long descent… My ears were acking as I had caught a cold in Scotland…
Captain announced an on time landing but with a 10 minute taxi 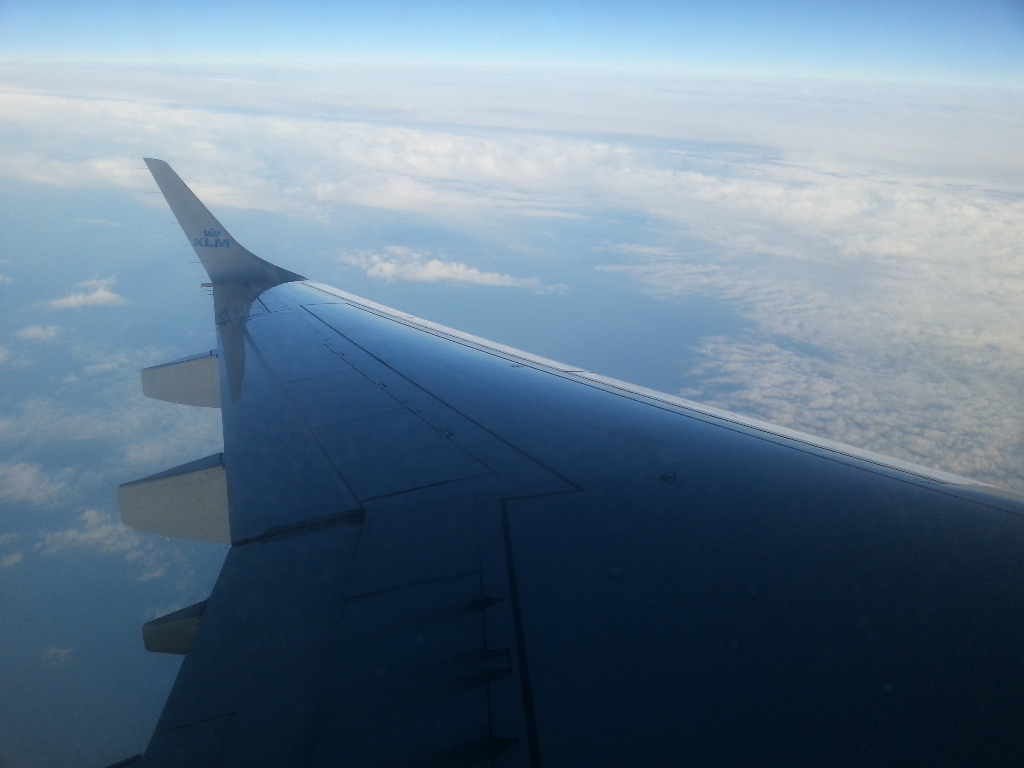 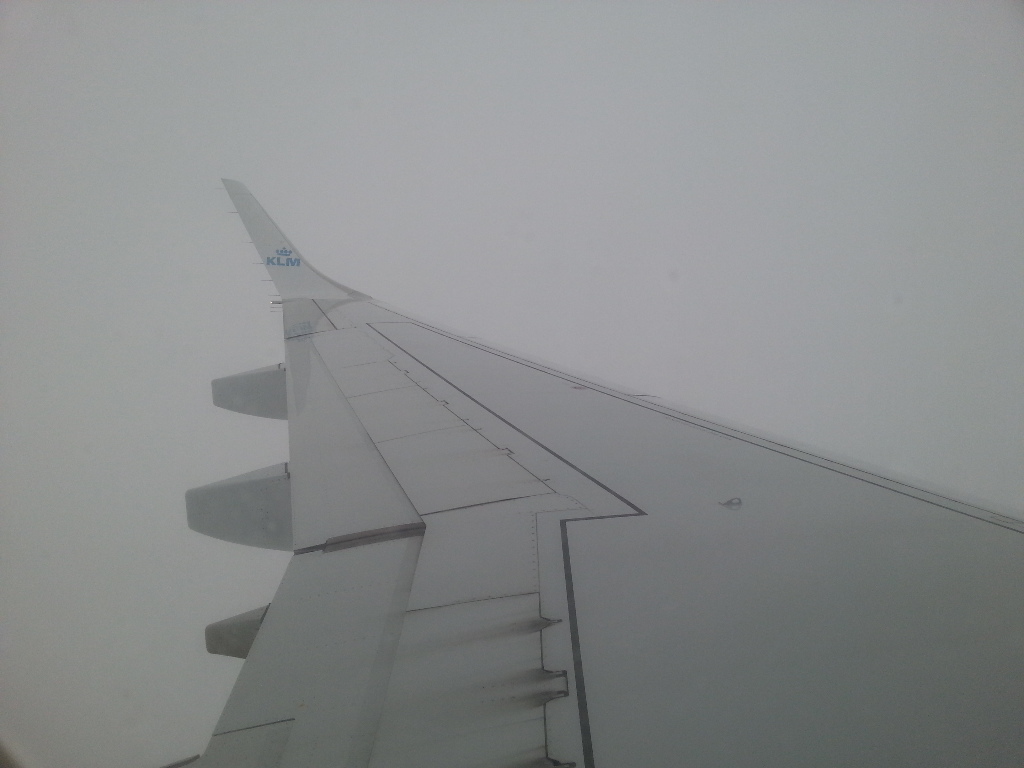 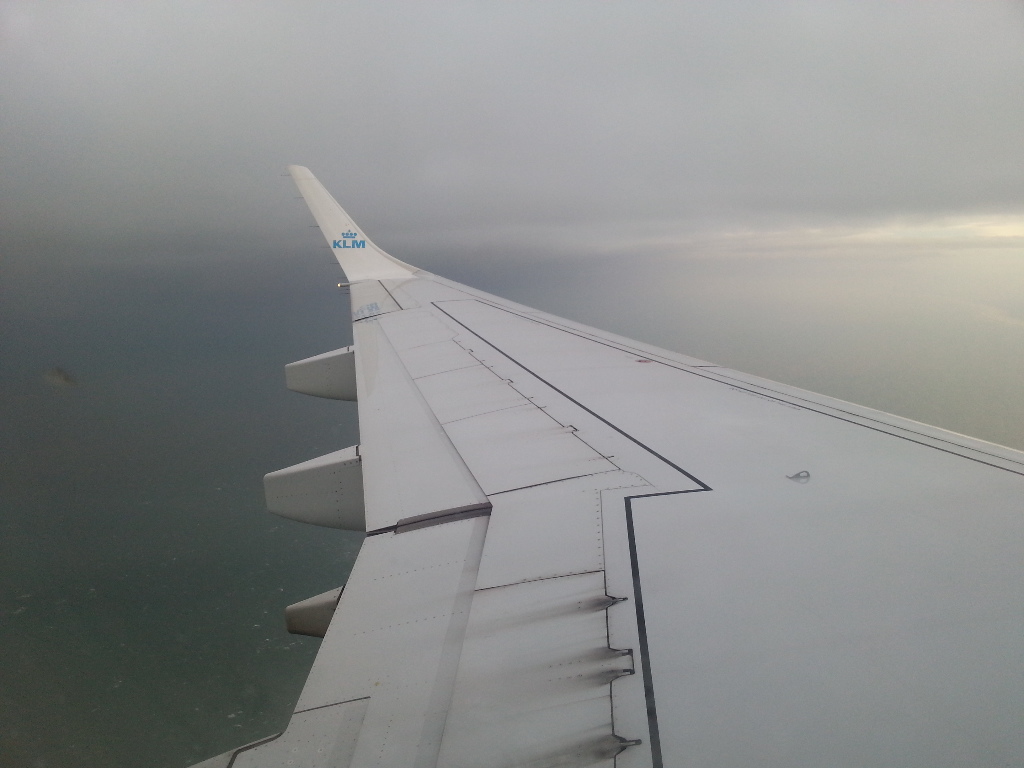 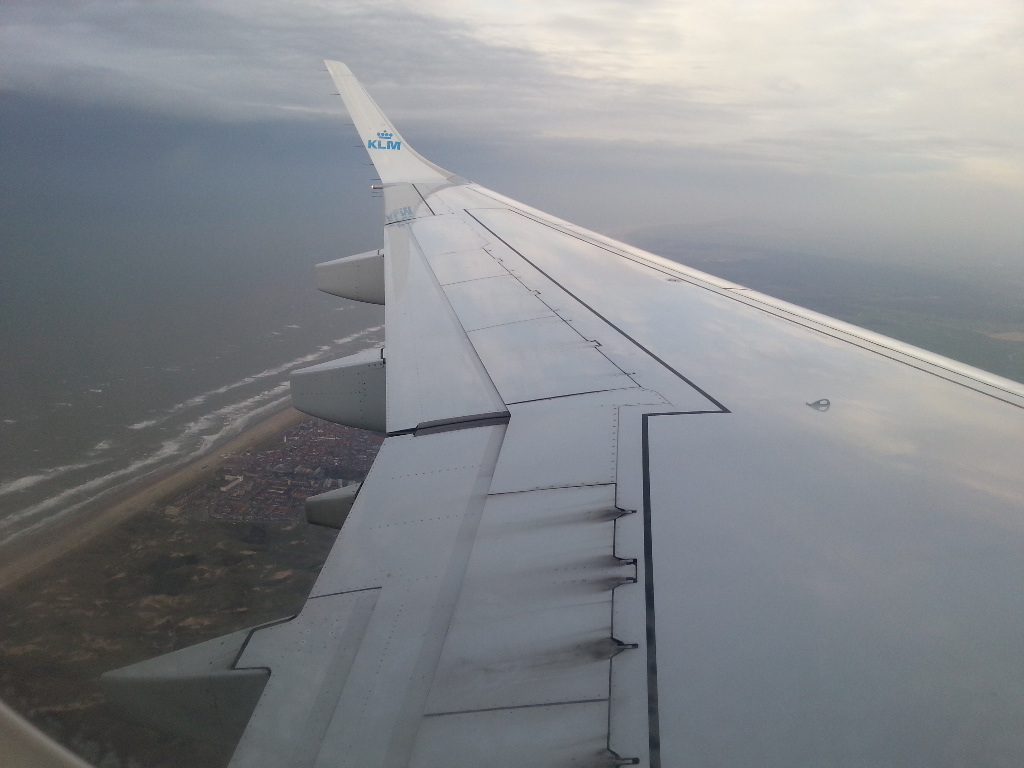 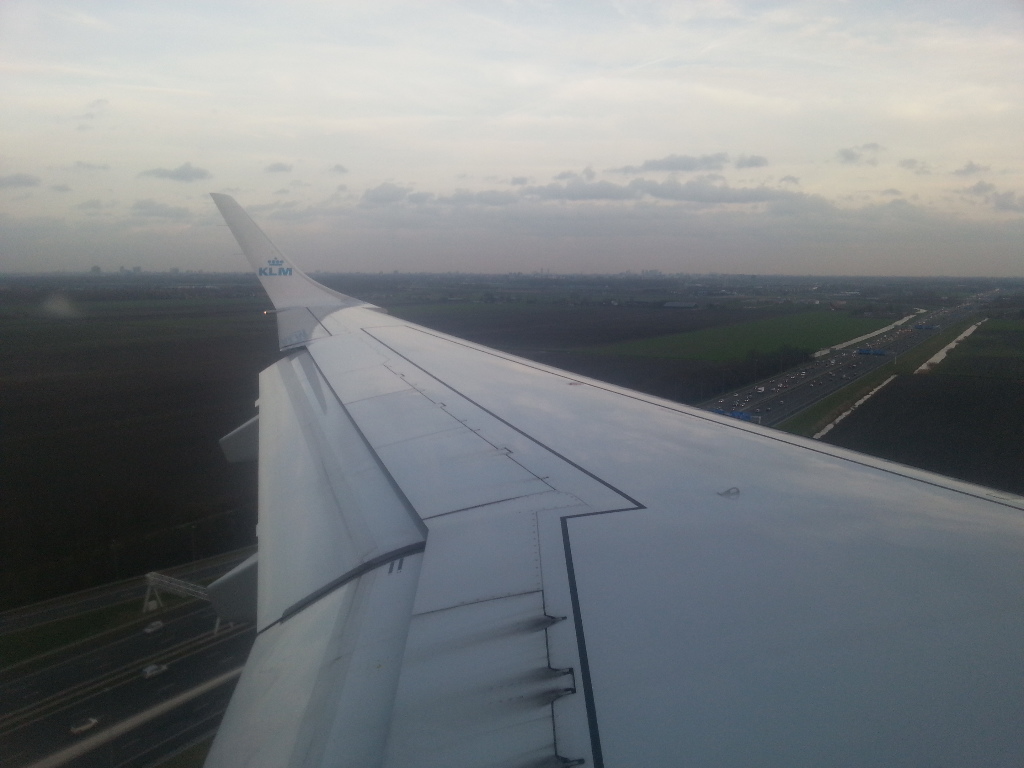 Landing on the polderbaan, in the middle of nowhere. 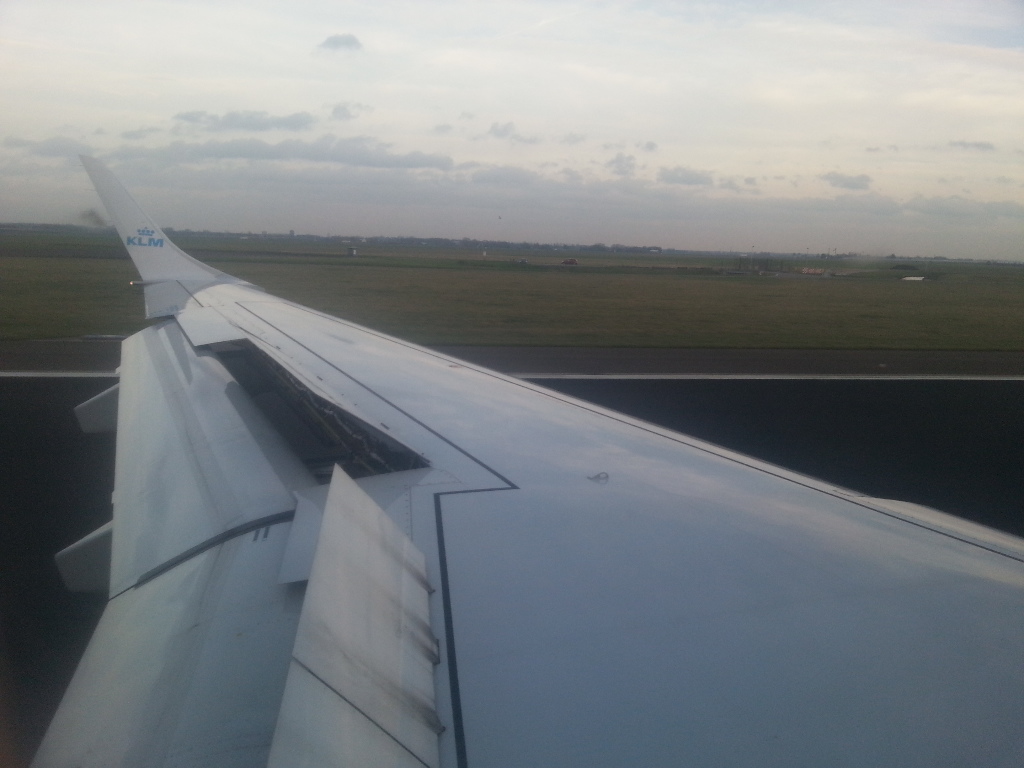 We can see the ATC tower. Not the one on the right, the one faaaar away ! 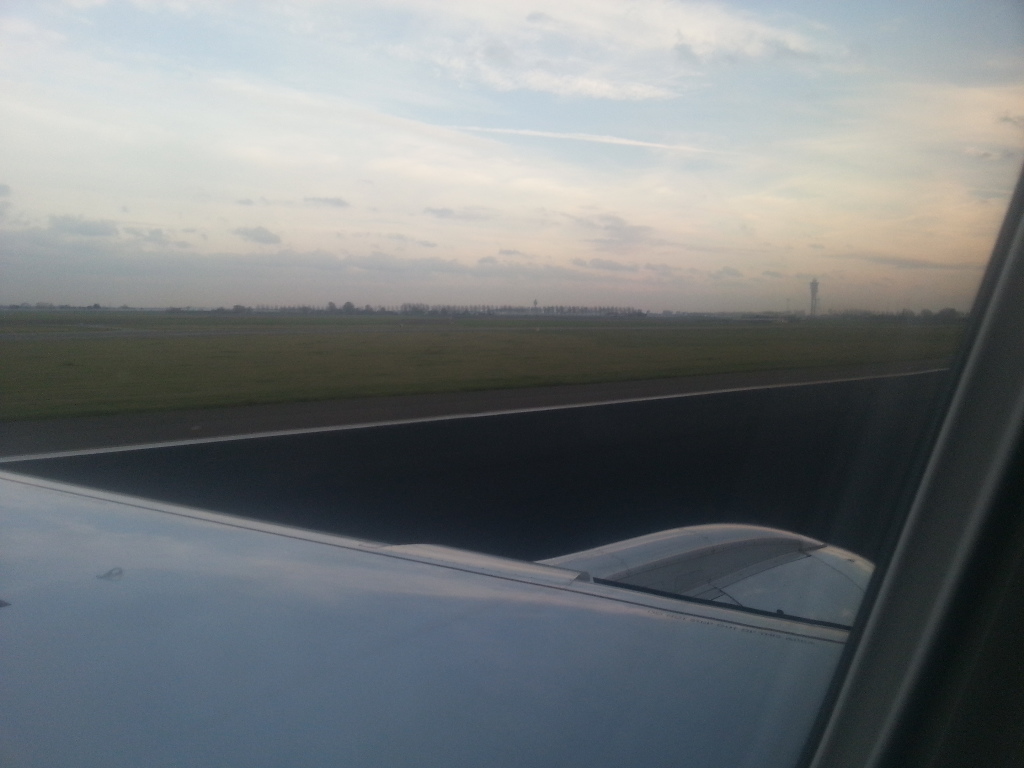 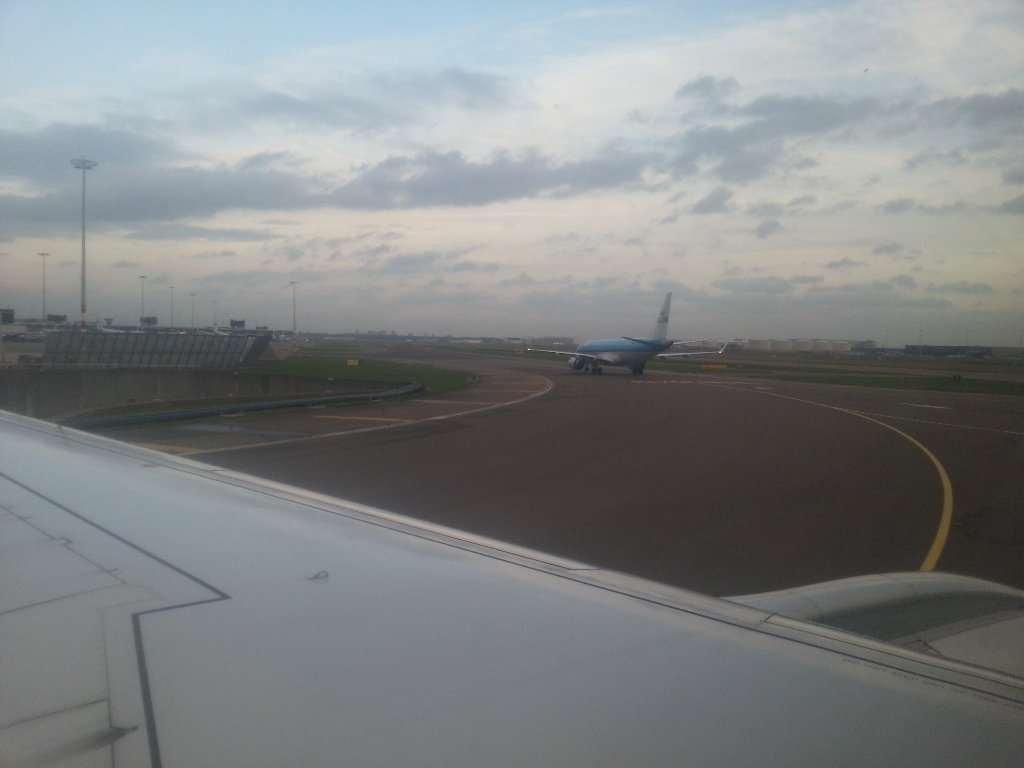 Indeed after 10 minutes we arrive at Hopper land. You can see the new livery being painted on the fokkers… 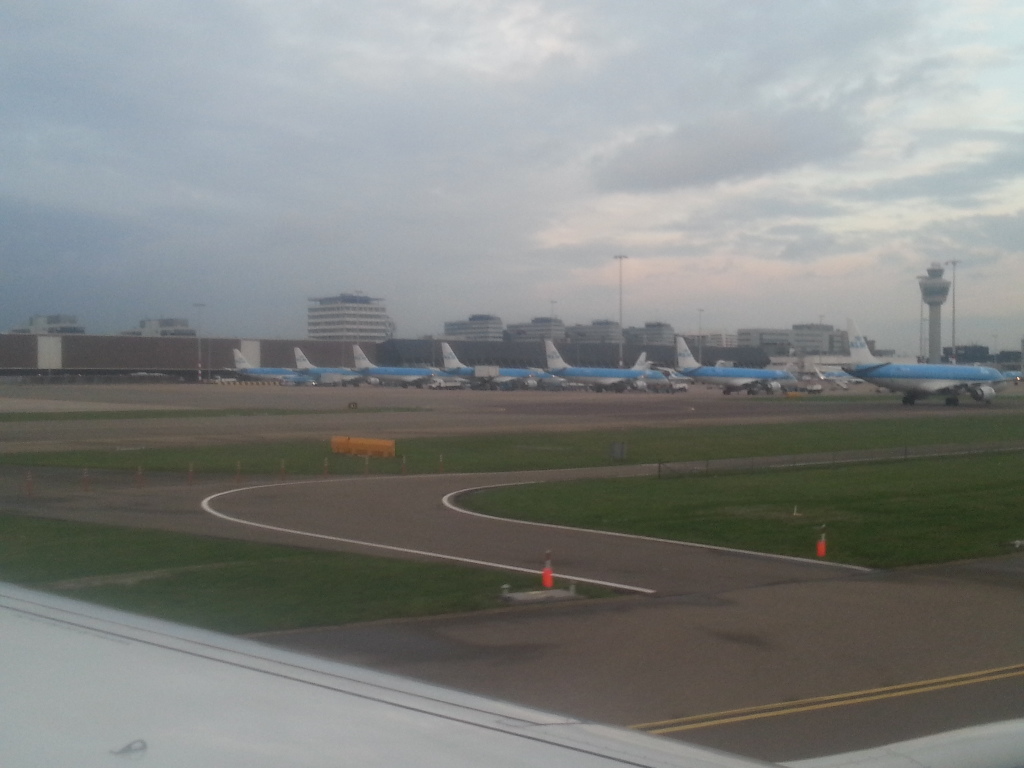 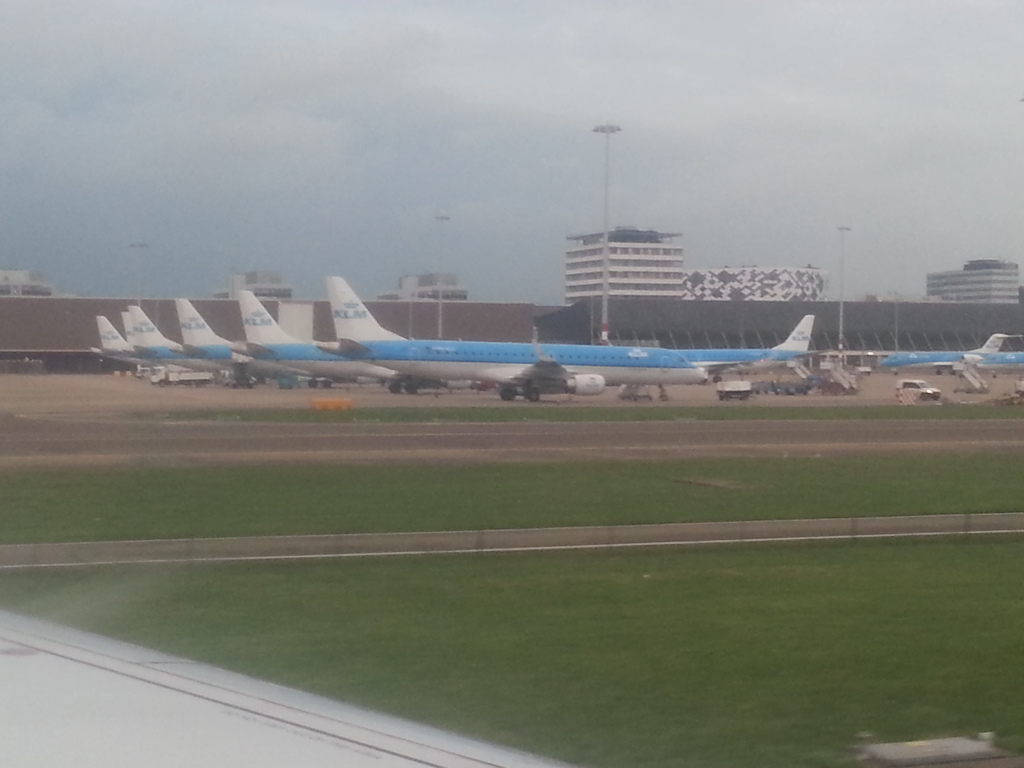 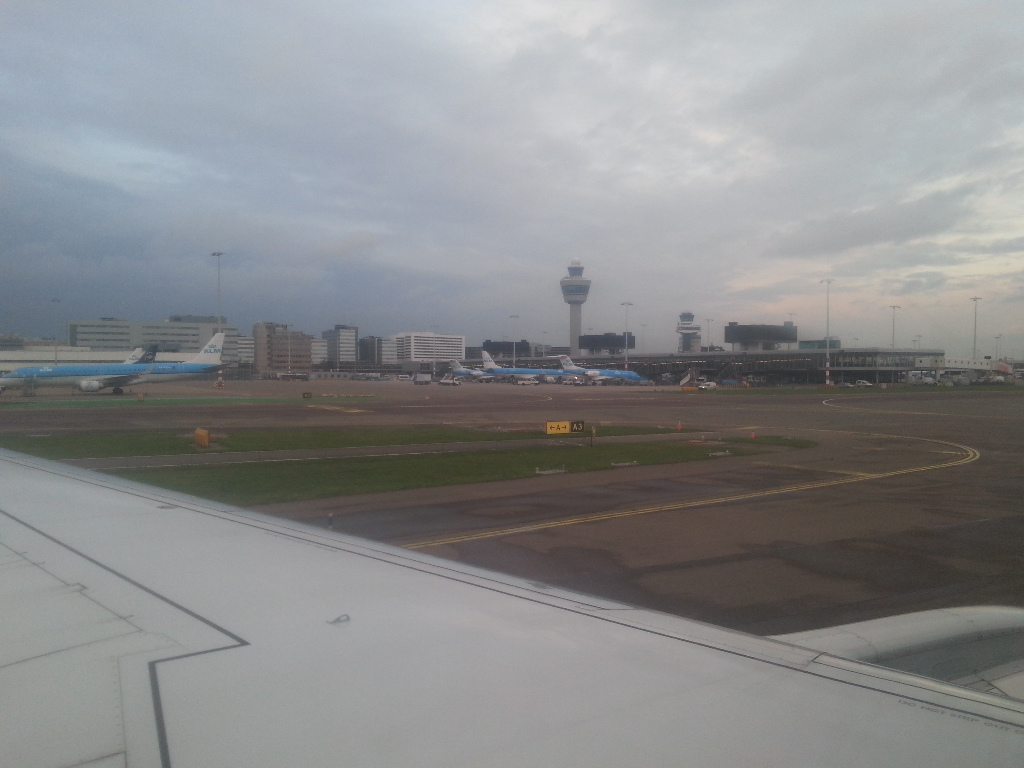 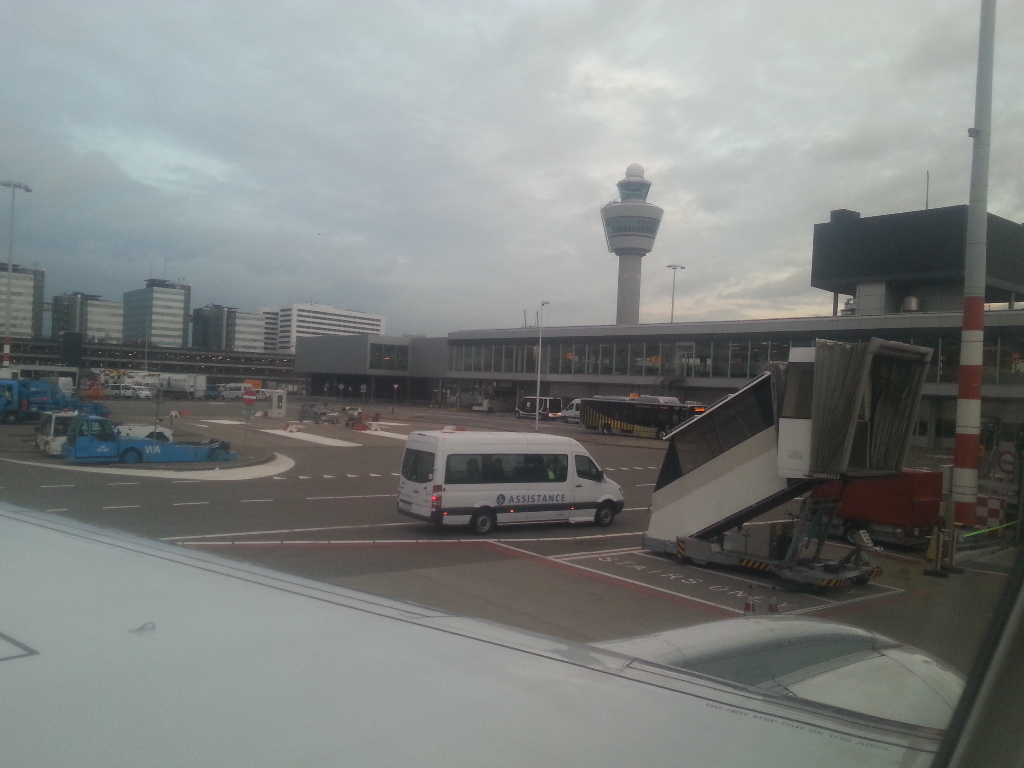 We disembarked via bus and then reached the city centre to spend the 5 hours connection we had before the next flight.

I really liked my fist experience on the E190, it's a nice little aircraft but not too small.

EDI as usual was very busy at the security area, but does have a decent amount of shops and restaurants.

AMS is a clean efficient airport, however I was told that there were no CD shops left because of downloading. It's a shame as these are still available in Paris or London..

Thanks for reading ! i have no flights booked yet but hope to be back here very soon !

The contributors of Flight-Report published 7 reviews of 2 airlines on the route Edinburgh (EDI) → Amsterdam (AMS).

The average flight time is 1 hours and 32 minutes.

Scott05 is member of Flight-Report since August 2011.

He wrote 68 reviews about 16 airlines and 31 airports.