#28 out of 72 Airlines A minimum of 10 flight-reports within the past two years is required to appear in the rankings. 611 reviews 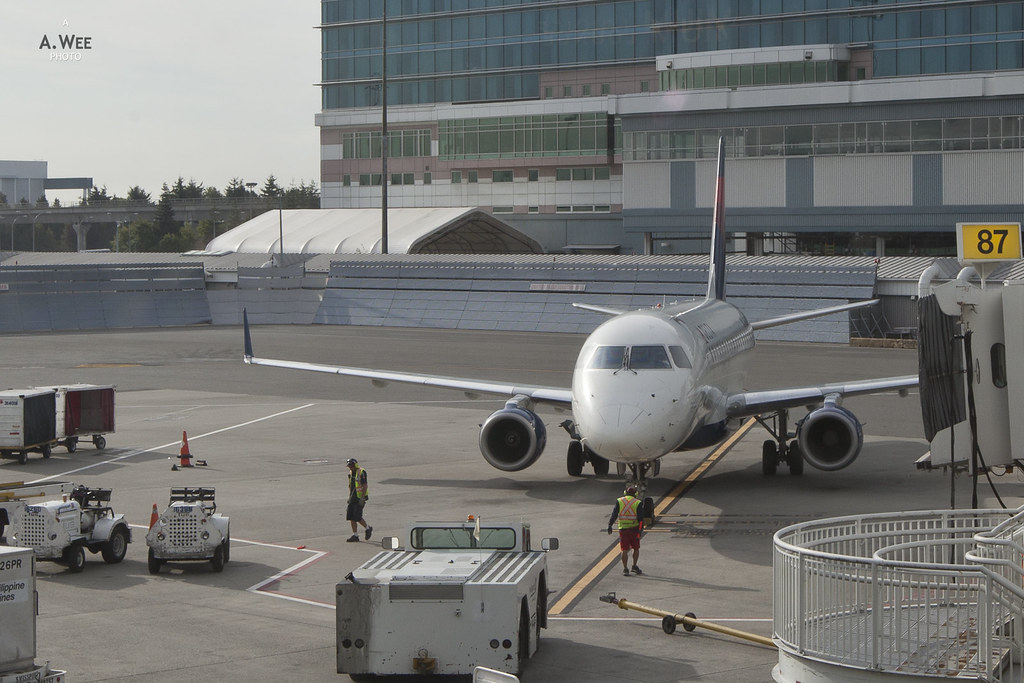 This report will chronicle another one of those short flights and many US-based airlines have connected Vancouver to their respective hubs. While there was an earlier direct flight to Atlanta, I chose the later flight that gives me a shorter layover. Turns out to be a bad decision as the short one-hour connection in Seattle meant my bags did not make it onto the connecting flight. I got a lift to the airport in the morning from my cousin and was dropped off curbside steps away from the transborder departure terminal.

Check in was unusually fast after a precursory look at my passport and I head to deposit my bags, for which there was a 3-minute queue. Then it was to head past security and US immigration allowing me to land in the United States as a domestic passenger. Fortunately there was not much of a wait in both sections. 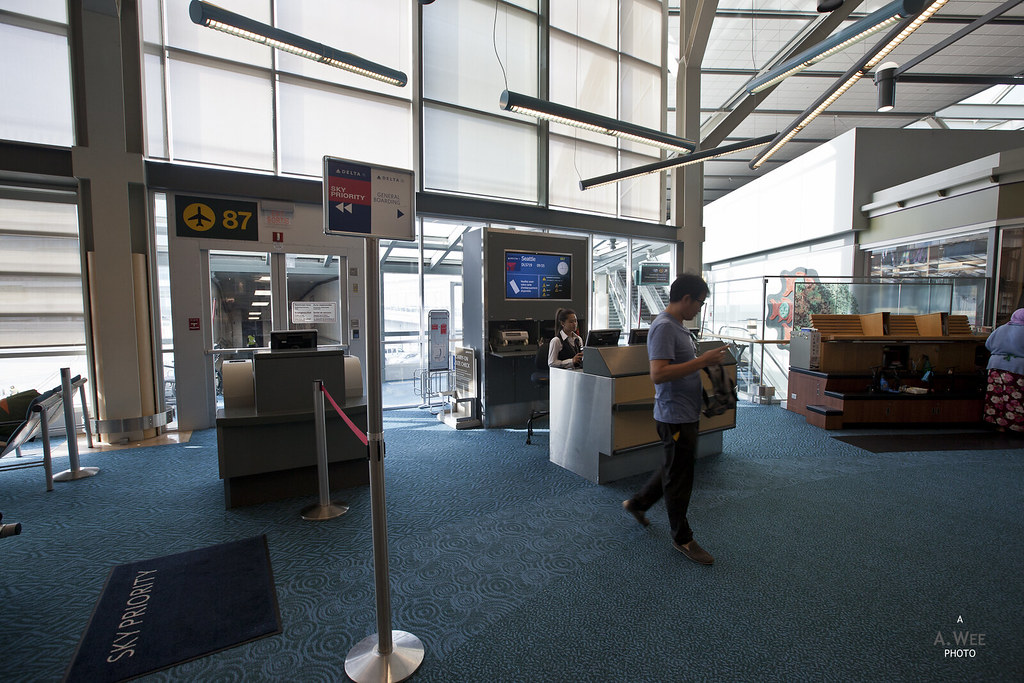 Delta does not operate a lounge here in Vancouver since only 2 lounges exist on the Transborder terminal. That is the Air Canada Maple Leaf Lounge and Plaza Premium Lounge. Not a big issue for me since Vancouver’s airport does have a great free wifi and I was able to wait it out at the pleasant terminal. 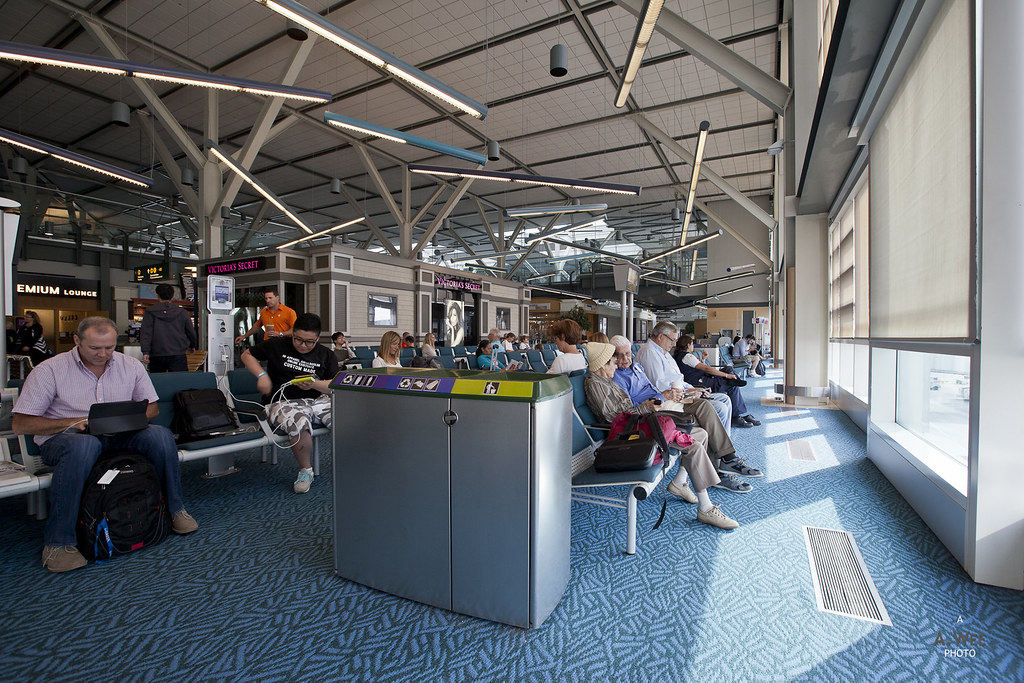 Waiting area by the gate

Waiting at the gate also meant I managed to capture the arrival of the aircraft and boarding was called about 20 minutes after the plane arrived. That was a fast deplaning. The boarding call was orderly and I managed to be one of the first to board after those passengers needing assistance (of which there were quite a few of them). 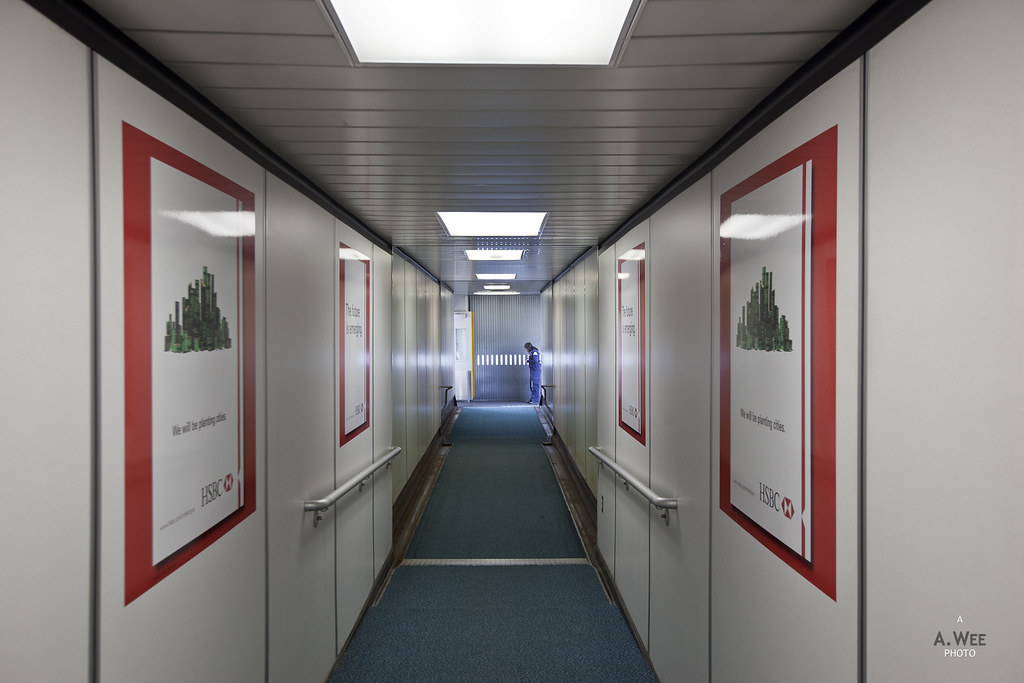 Boarding through the jetbridge 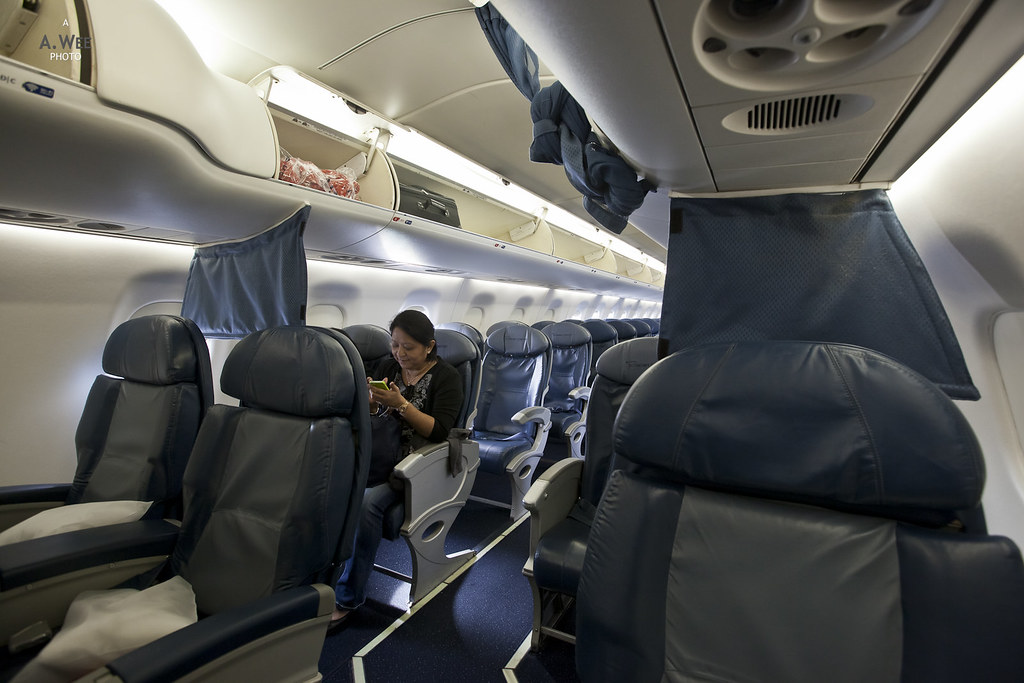 There were 4 rows of domestic First Class onboard this plane in a 1-2 configuration which suits me well as I was travelling alone. As usual, there was a small bottle of mineral water on the seat along with Delta's striking red blanket on the seat. Seat-wise, it is similar to my last Delta flight between LA and Vancouver so it was definitely better than the usual CRJs and propeller planes servicing the route between Seattle and Vancouver! 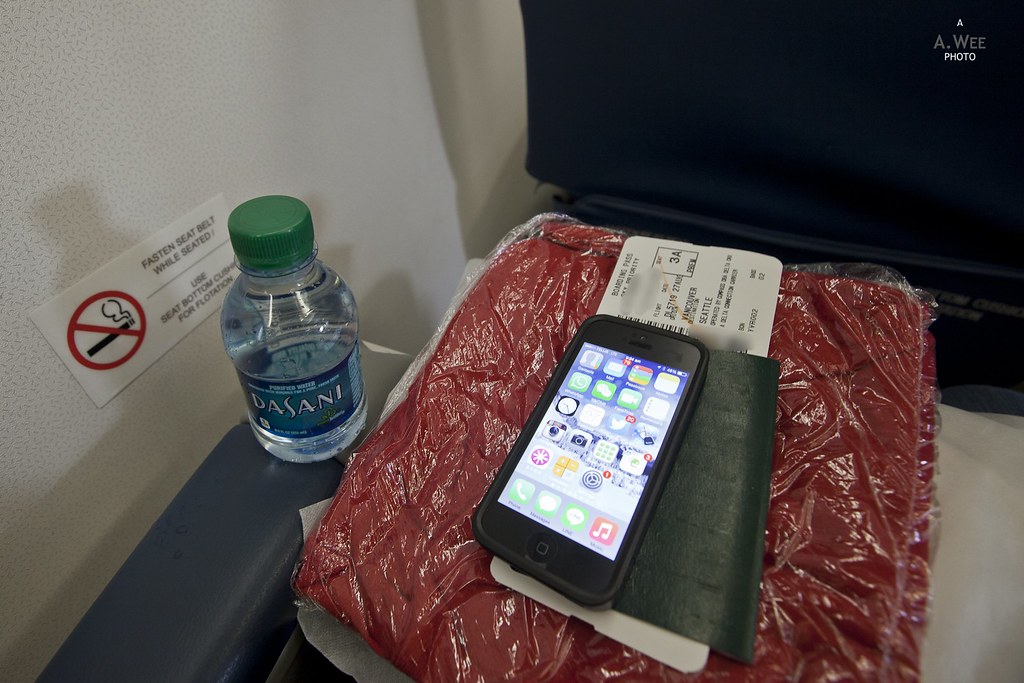 On the seat back pocket, there was an airsickness bag, an inflight magazine, the safety card and a promotional advertisement detailing the comfort features and on-time efficiency of Delta flights. The stewardess serving us for this flight also offered pre-departure beverages for the passengers in the small First class cabin. 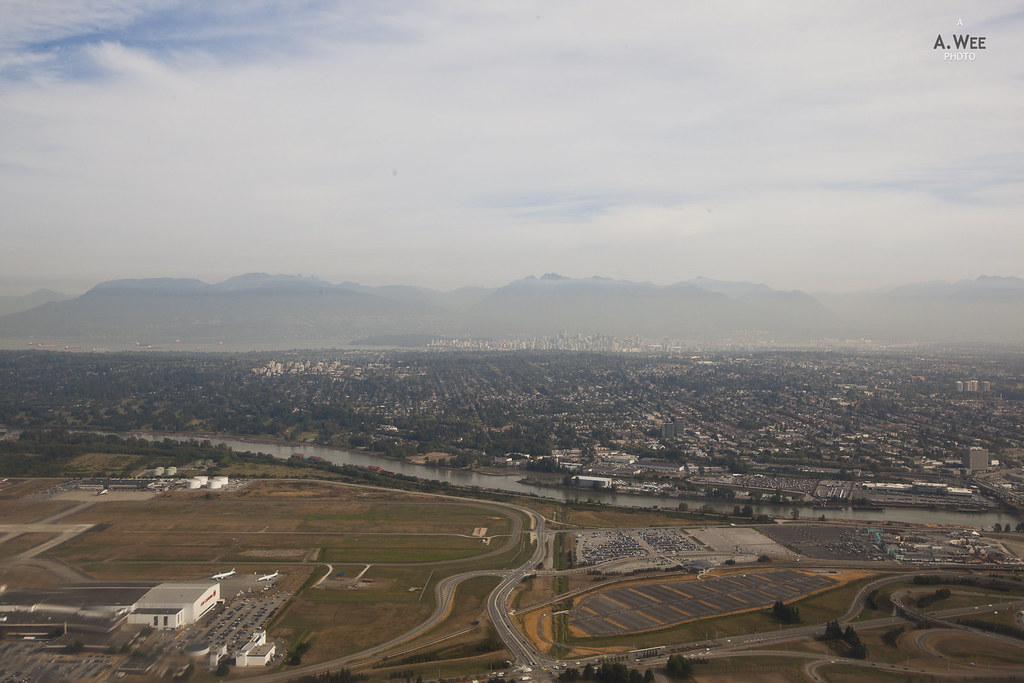 While boarding was efficiently conducted, there was some time to taxi to the runway and I had a nice view of Vancouver on take-off since it was still quite clear in the morning. It was a short flight and we were in the air for a total of just 30 minutes so it was not like there was any other service after we took off. 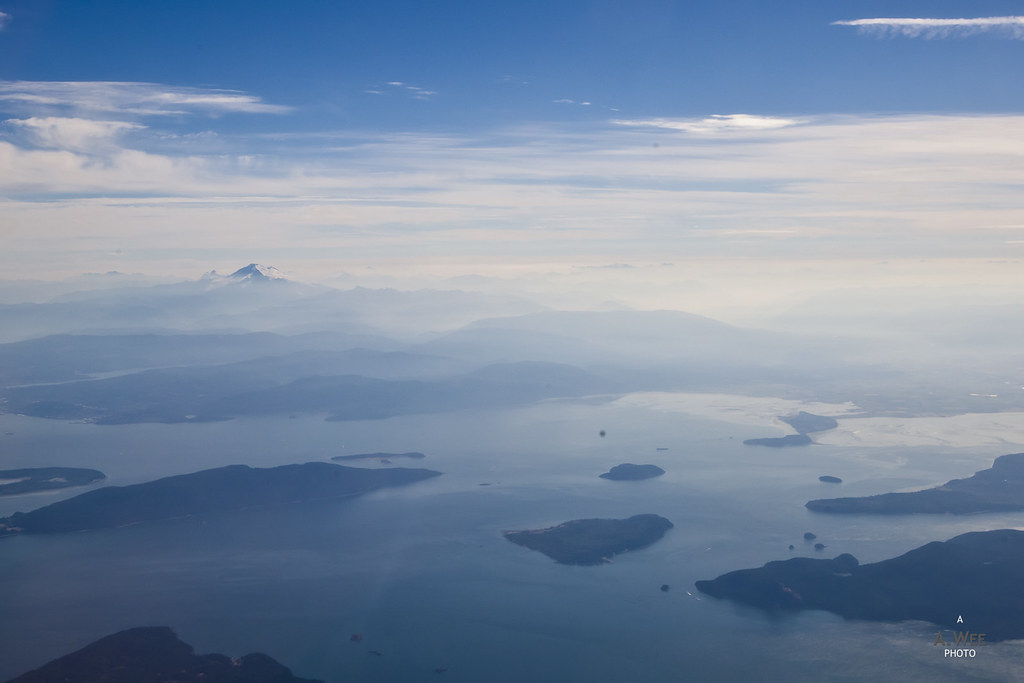 The flight passed by the San Juan islands off Bellingham and Burlington and before long we started the descent into Seattle Tacoma. It seems the ANA flight from Tokyo just landed not too long ago as well and ANA seems to have upgraded their flight to Seattle as it uses the 777-300ER now as opposed to the 787 Dreamliner previously operating this route. 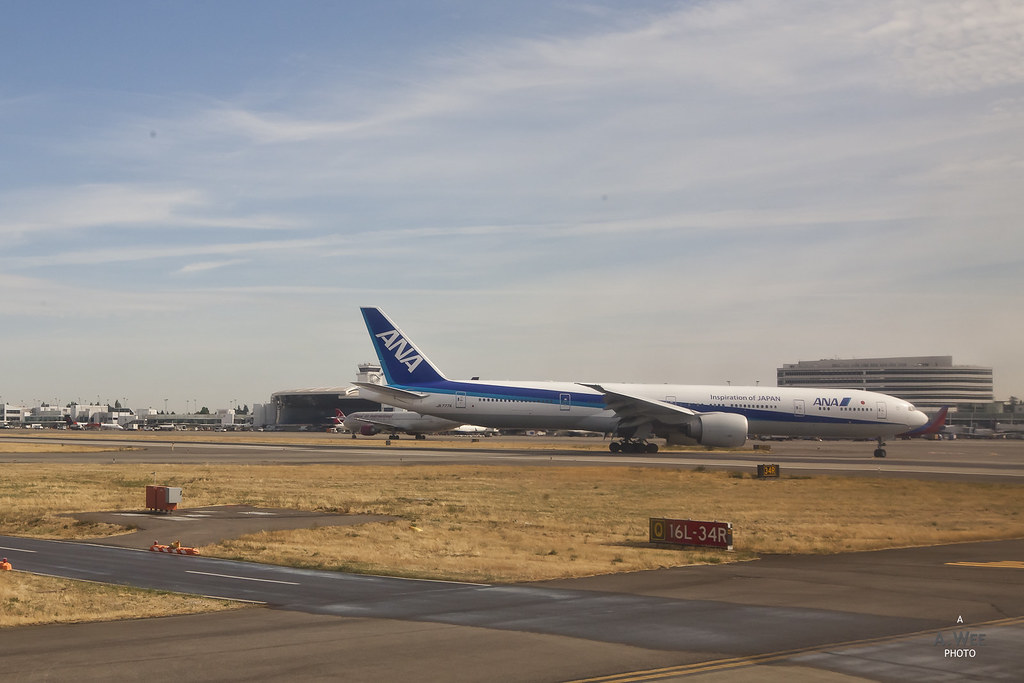 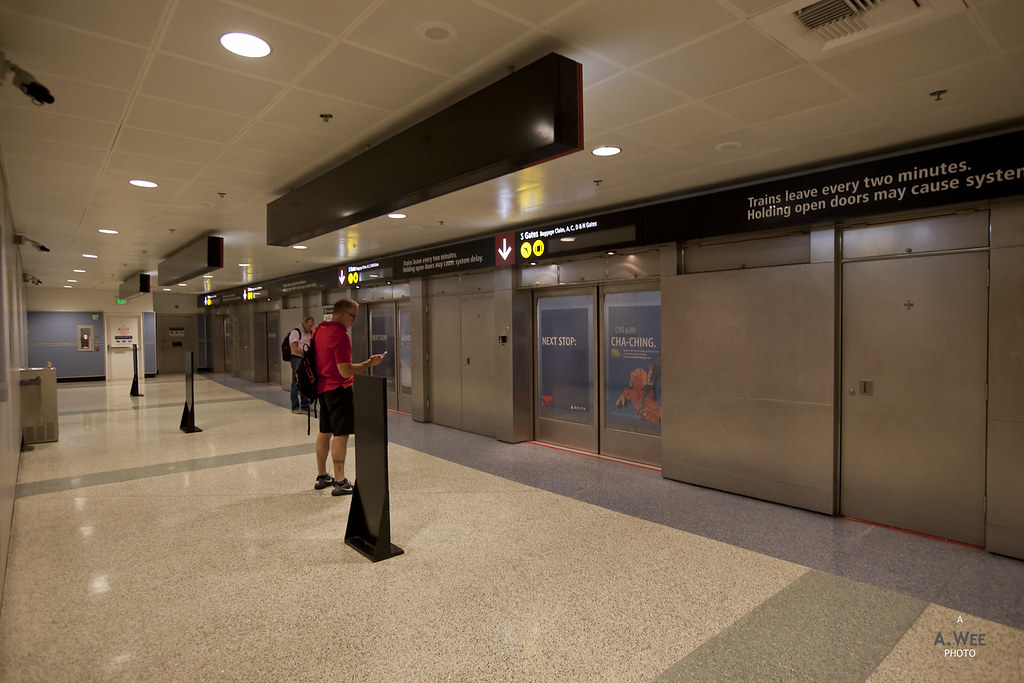 Waiting for the shuttle train at Seattle-Tacoma
See more

The contributors of Flight-Report published 5 reviews of 3 airlines on the route Vancouver (YVR) → Seattle (SEA).

The average flight time is 0 hours and 57 minutes.