#64 out of 142 Airlines A minimum of 20 Flight-Reports is required in order to appear in the rankings. 665 reviews 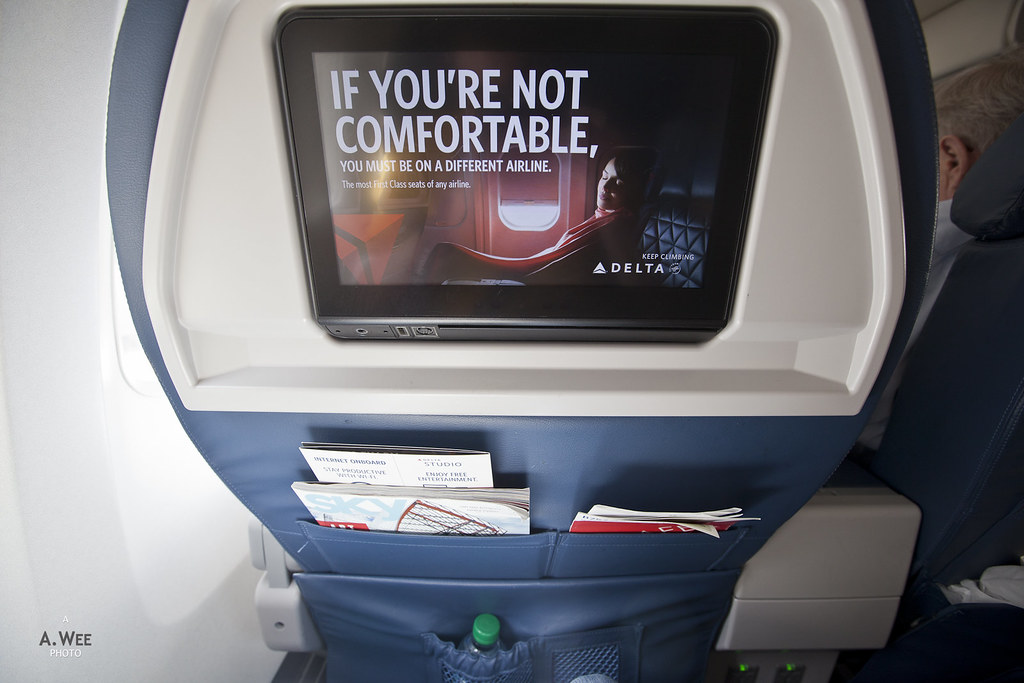 While the aircraft from Vancouver arrived quite early, the need to take the train to the satellite S gates meant there was some time getting to the SkyClub in concourse S. The entrance of Delta's SkyClub is surprisingly consistent with the bright facade and professional lounge agents. Thumbs up to Delta! 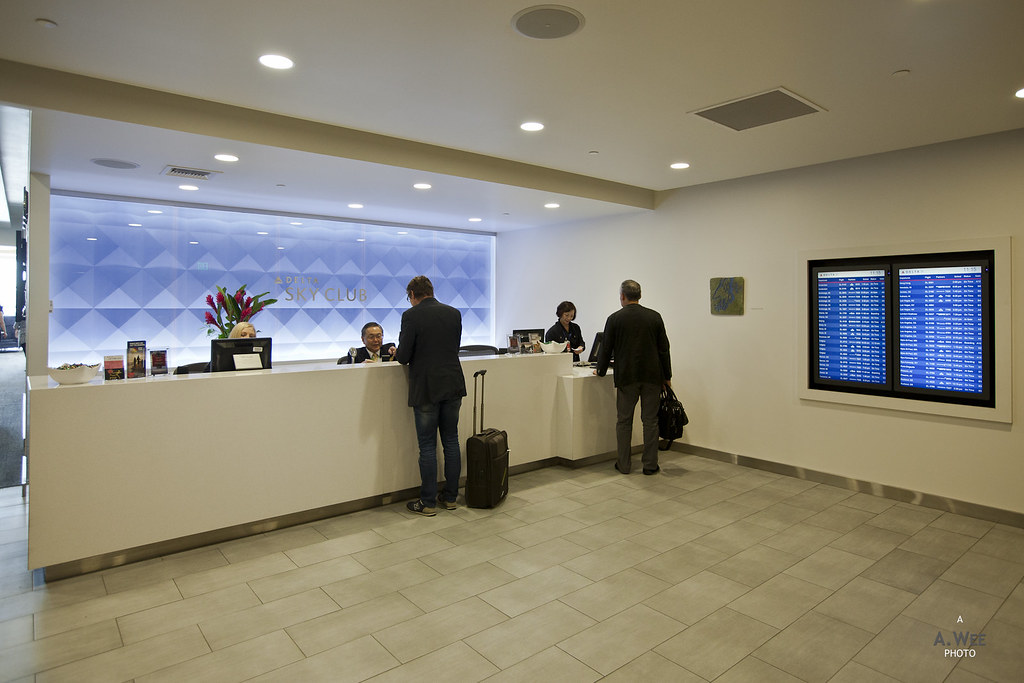 Entrance to the Delta Sky Club

Right by the entrance, there was a large shelf stocked with all kinds of newspapers and magazines. This was another impressive aspect of the lounge since it allows flyers who do not need any food to keep themselves occupied while waiting for their flight. 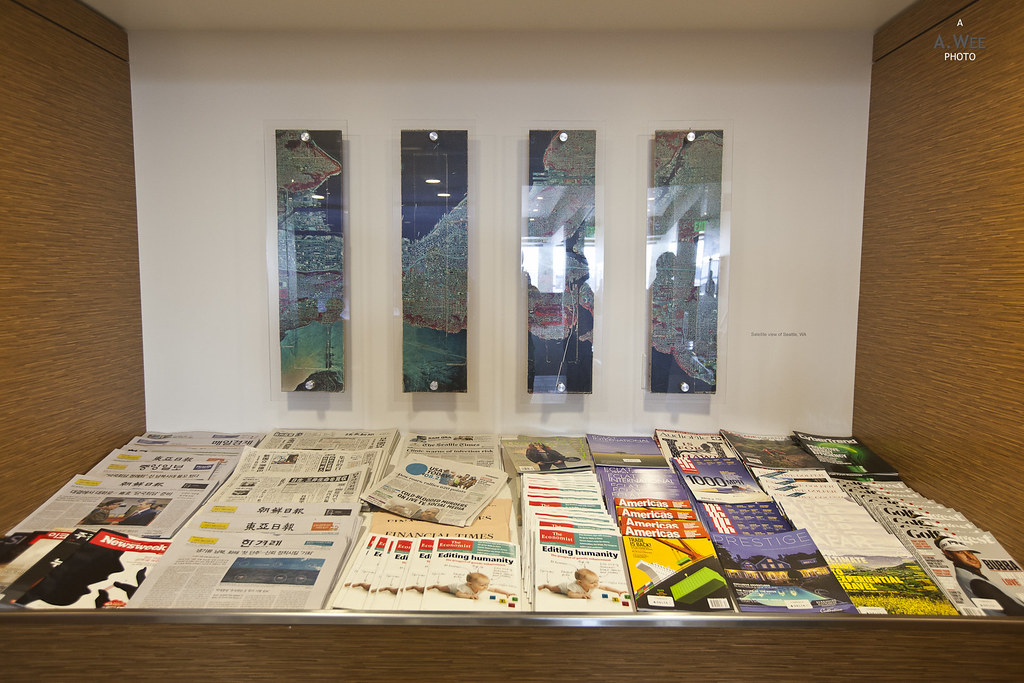 Newspapers and magazines in stock

While the Sky Club in Seattle was not that huge, it looked freshly decorated and has a crowded bar area. There is also a small buffet counter on the side of the bar, so it makes this space really crowded and noisy too! This was even more so when there seems to be some airport personnel giving a tour or something to some business people. 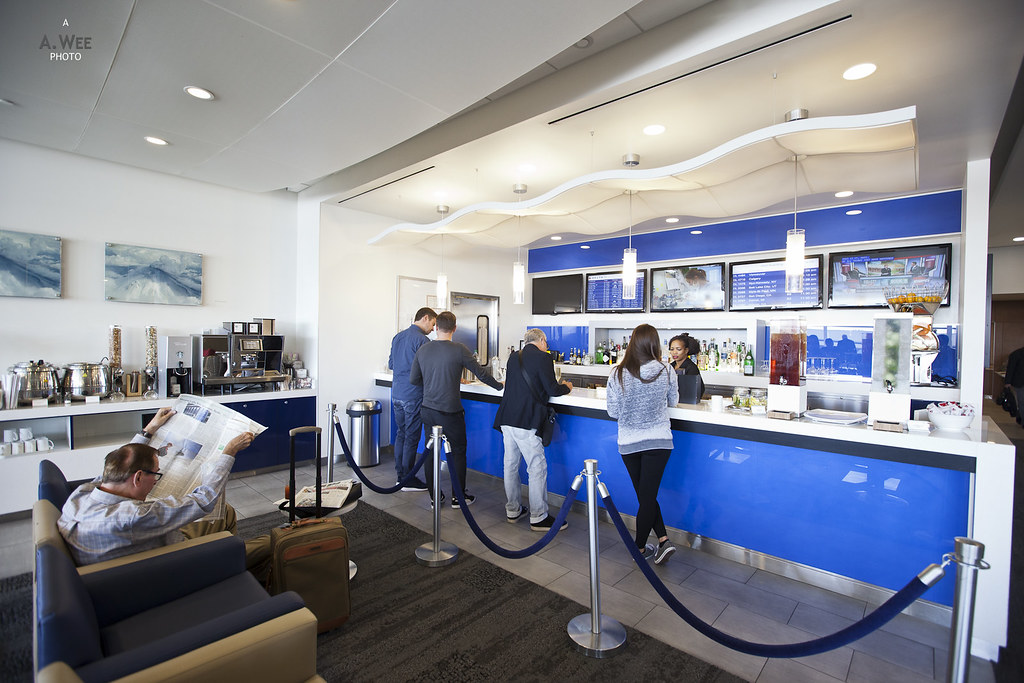 Aside from the crowded bar area, the rest of the lounge was actually quite good with plenty of seats and even tables facing the tarmac. Though the view of the airplanes were somewhat obstructed by the shape of the terminal building. Anyway I did not have much time to spare as I just grabbed some snacks and drinks before making my way to my next flight. 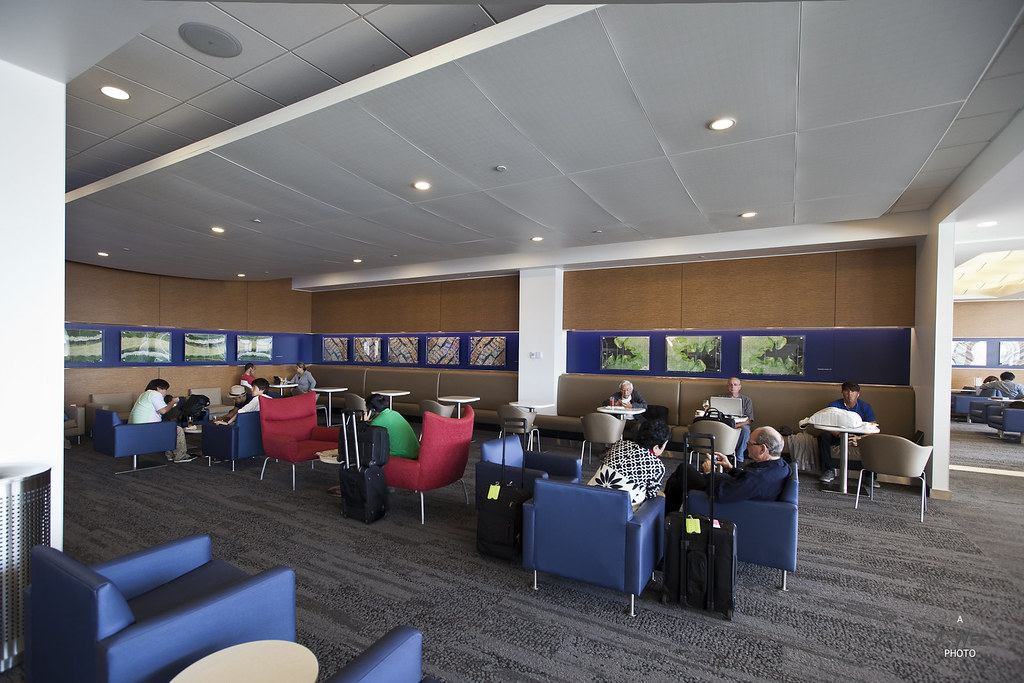 The good part of being in a satellite terminal is that the gates are close though the waiting area at the gate is usually quite busy. And it was no different today with lots of passengers crowding around the gate when boarding has not been called yet. The crowd made it virtually impossible even for me to even find the queue for the priority line! 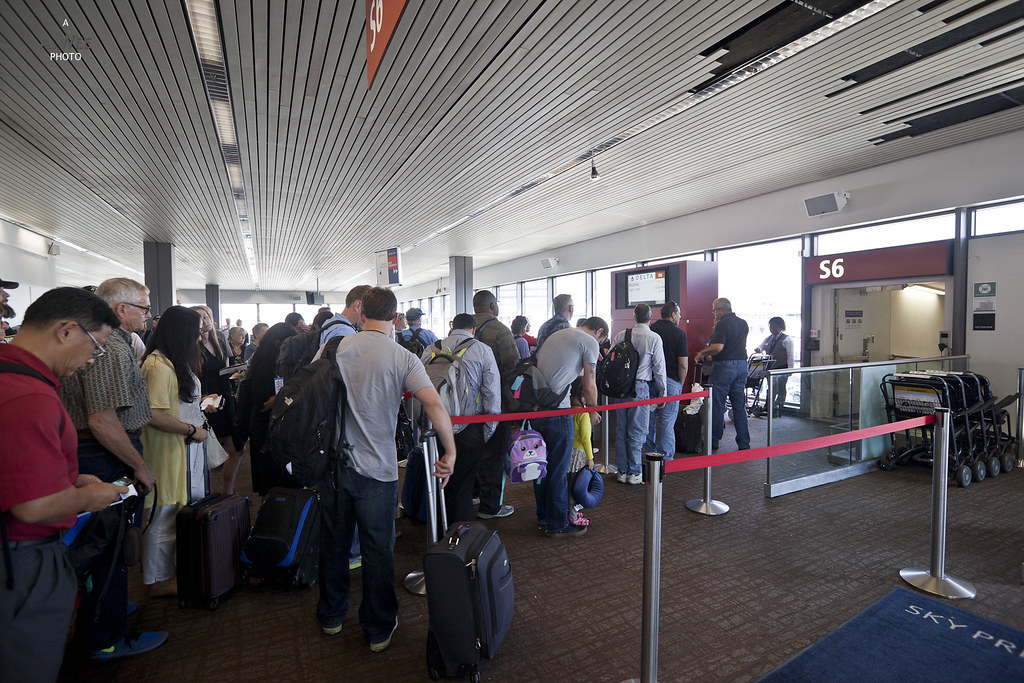 Crowds at the boarding gate

Somehow I actually got past the crowds to the other side to snap a photo of the 757 that would bring me to Atlanta before I got around to queue at the Priority line when most of the Priority passengers have boarded. 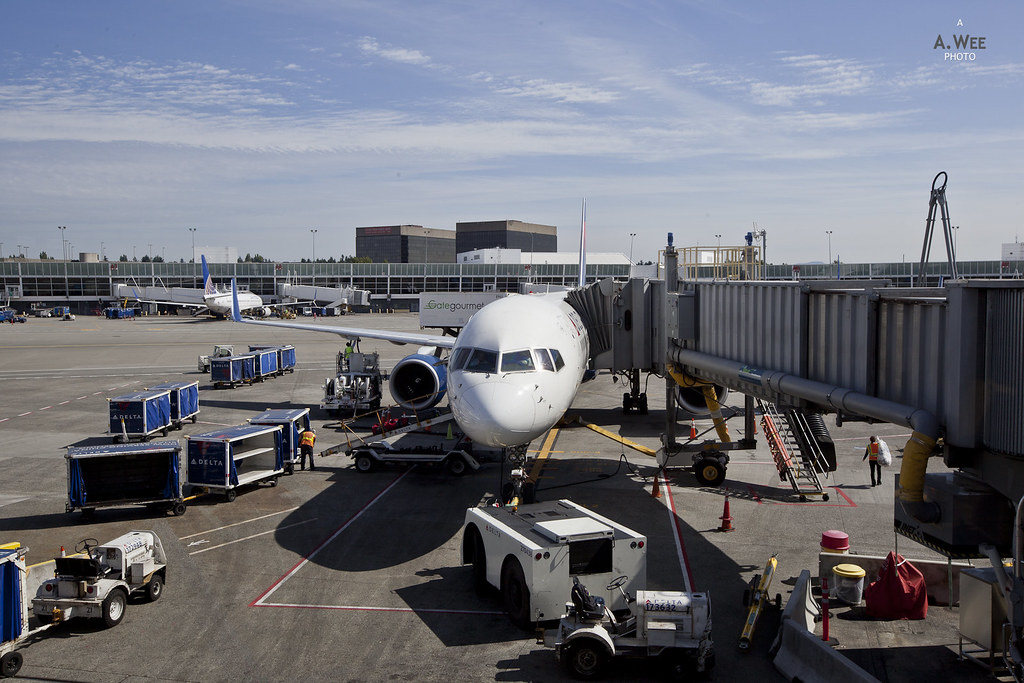 Boeing's 757 is a narrow-body plane meaning there is only aisle. The slightly wider cross section does make it slightly more comfortable since it feels a bit more spacious when boarding. The business class section was more or less occupied when I boarded so the cabin photos are those I took when I disembarked. Even though it was an older plane, the new furnishings by Delta did enhance it a little bit. I could do with a brighter interior though since without the ambient lighting of the newer planes, it was a bit dark inside the plane. 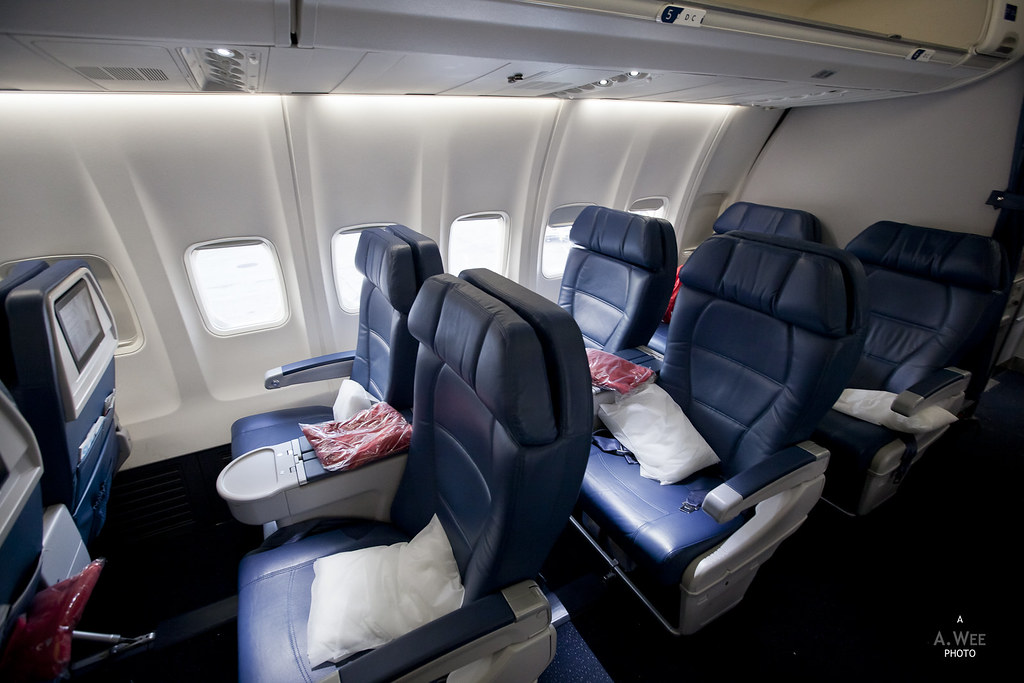 On the 757, there was more business class seats (24 vs 16) compared to the usual 4-rows on a A320 or the 737. The 6 rows of 2-2 seats meant the cabin crew serving was that much busier and it was a full flight to Atlanta too. When I arrived, there was already someone seated on the aisle seat and after placing my bags on the overhead compartment, I excused myself to be seated on my window seat. There was already a bottle of Dasani water, the red blanket wrapped in plastic and a pillow on the seat. 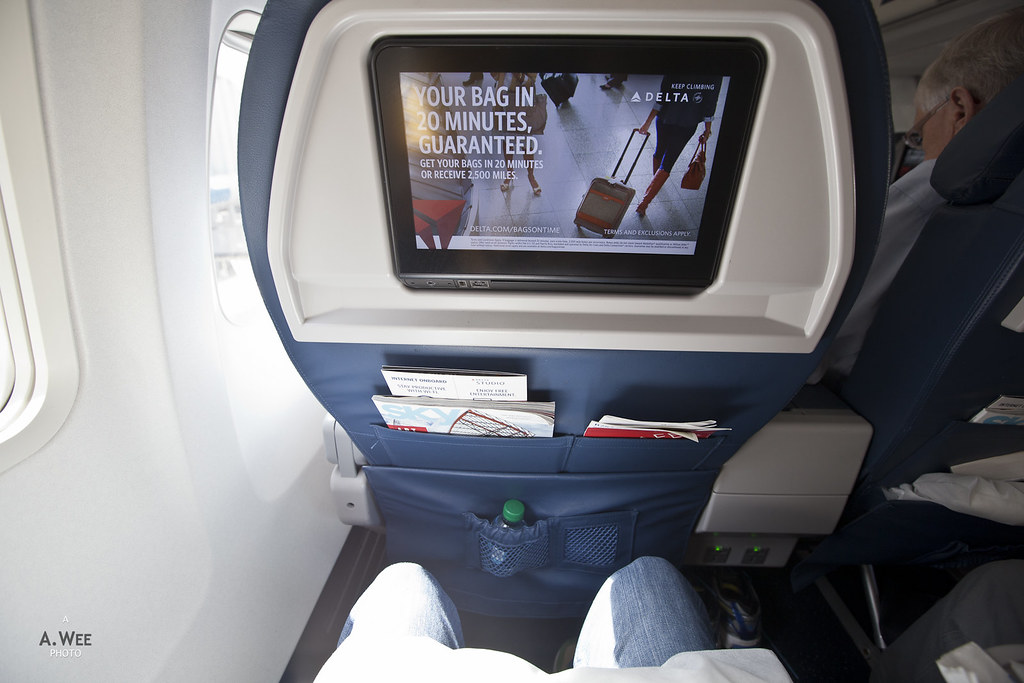 Somehow the seats did not feel as spacious, so even though the seat was adequate for my size, I felt the seat pitch was less than generous for a Business class seat. It does make it convenient to access the touch screen inflight monitor though! Boarding did not actually take long though there was no offer from the steward serving the cabin with regards to welcome drinks since it seems the boarding was a bit chaotic. Fortunately for the bottle of water! 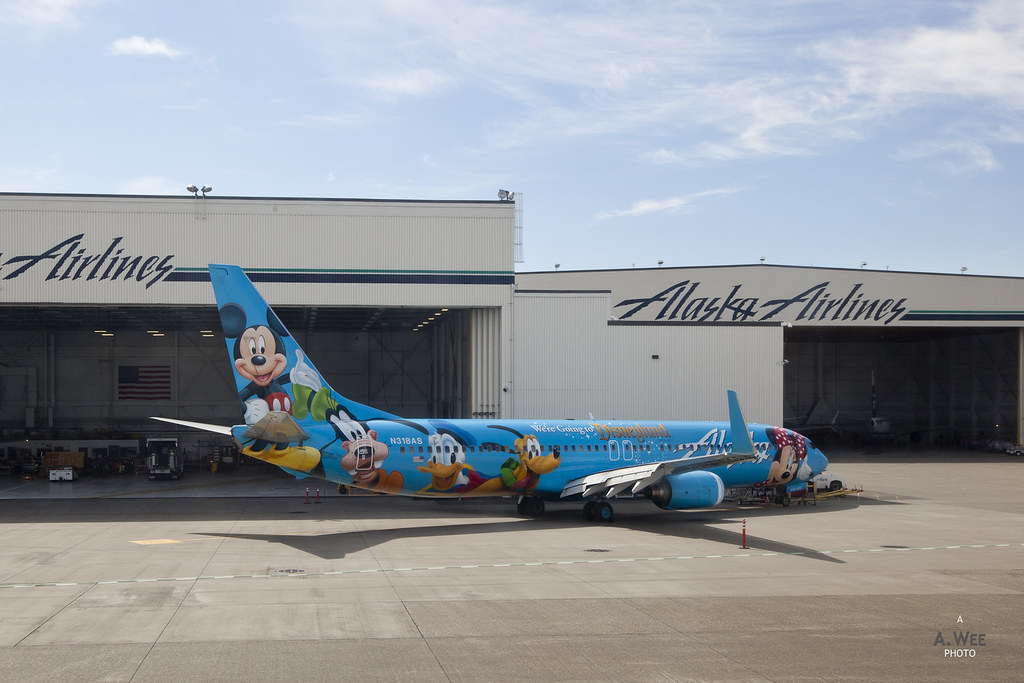 Alaska Air 737 with the Disneyland theme

We were actually pulling back not long thereafter and passed by an Alaska Air plane with a Disneyland livery on the way to the runway. Take-off was smooth under the clear summer weather and that also meant great views of the airport and the greater Seattle area as well. 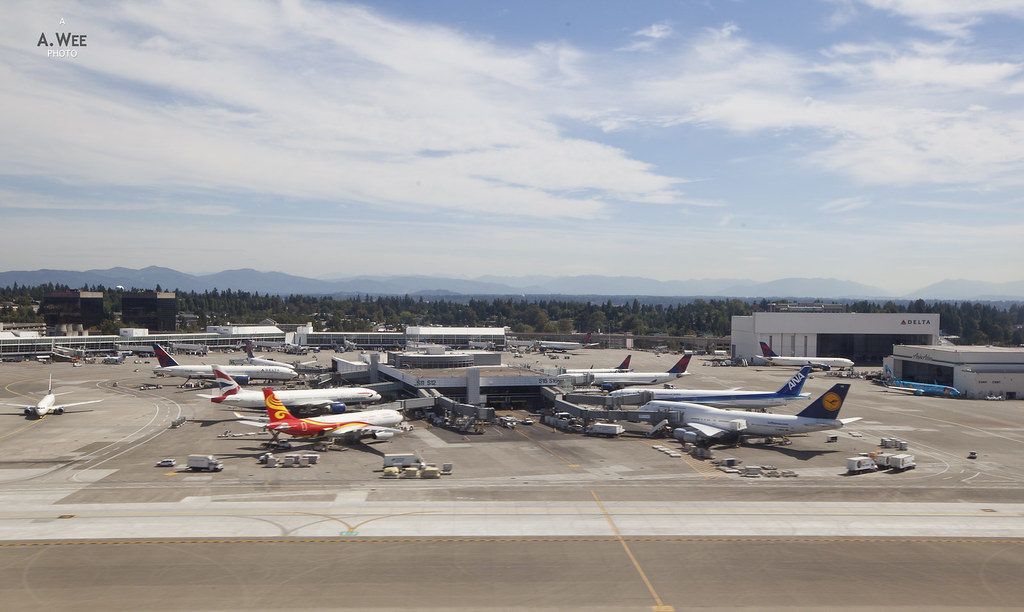 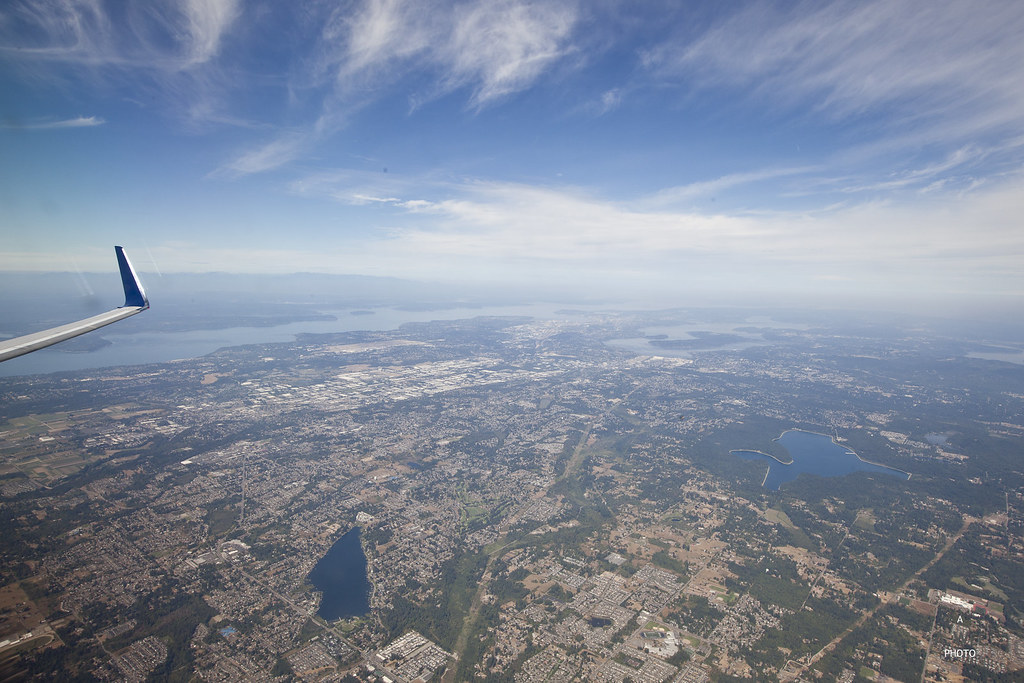 Greater Seattle from the air

In fact for the 15 minutes after take-off, I was more or less glued to the window as we flew by the Cascade mountain range with its assortment of glacier lakes and craggy peaks. 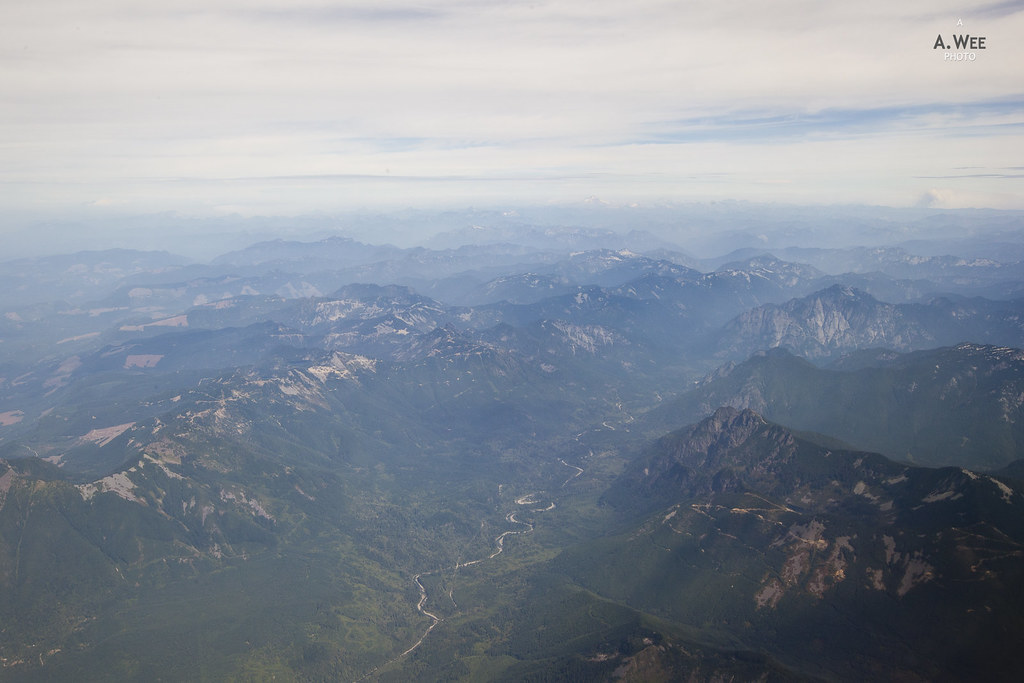 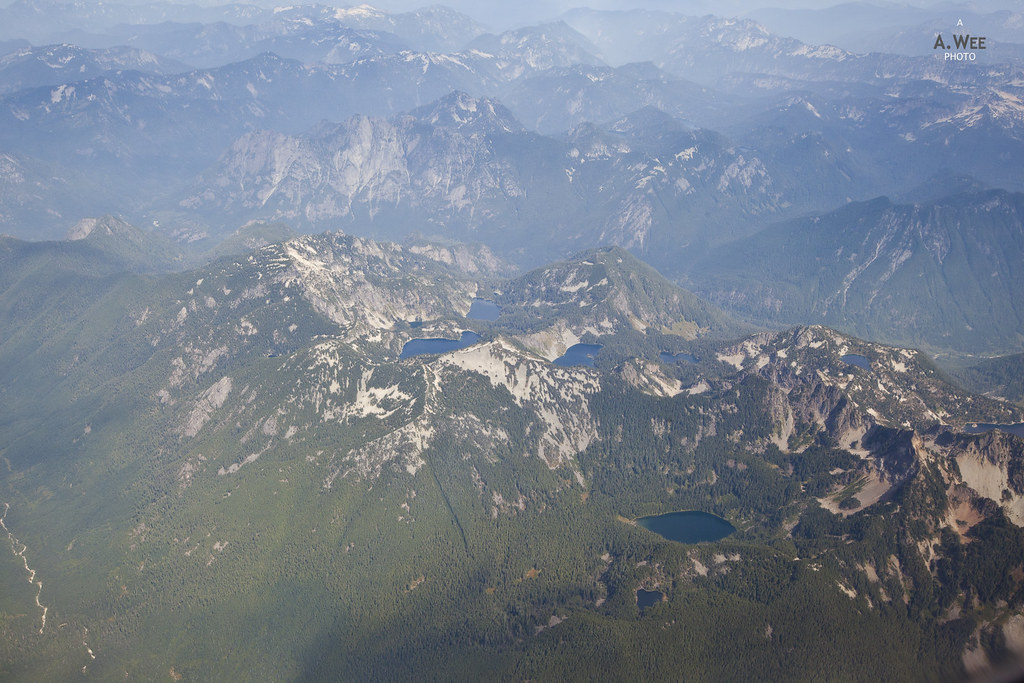 Glacier lakes of the Cascades 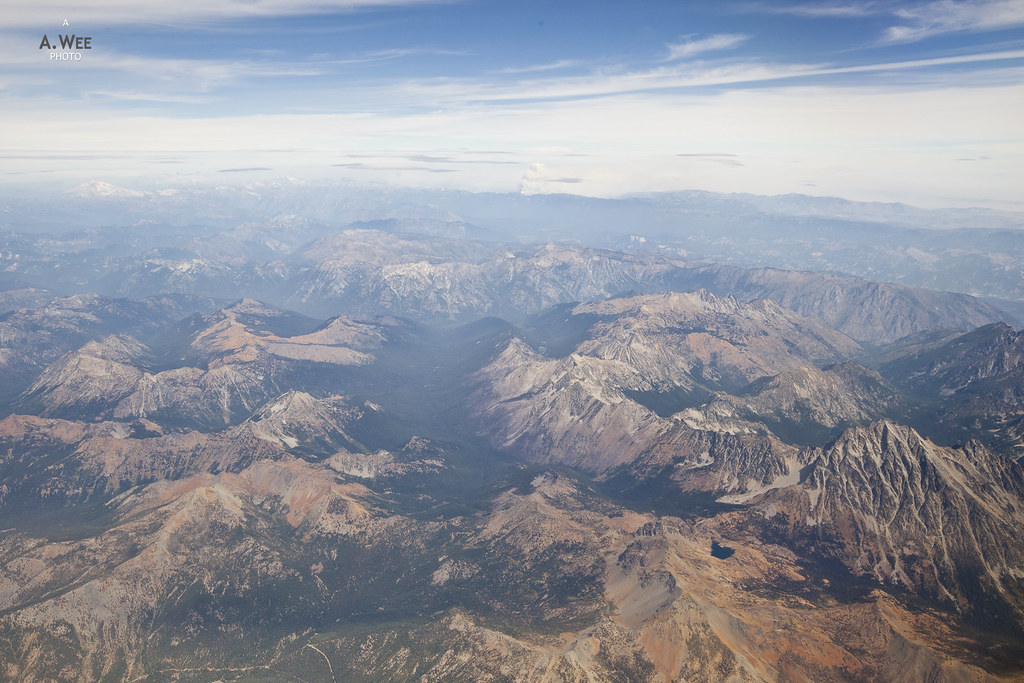 Until we passed by the Columbia River in central Washington State did the pilot turned off the seatbelt sign and the crew started service. 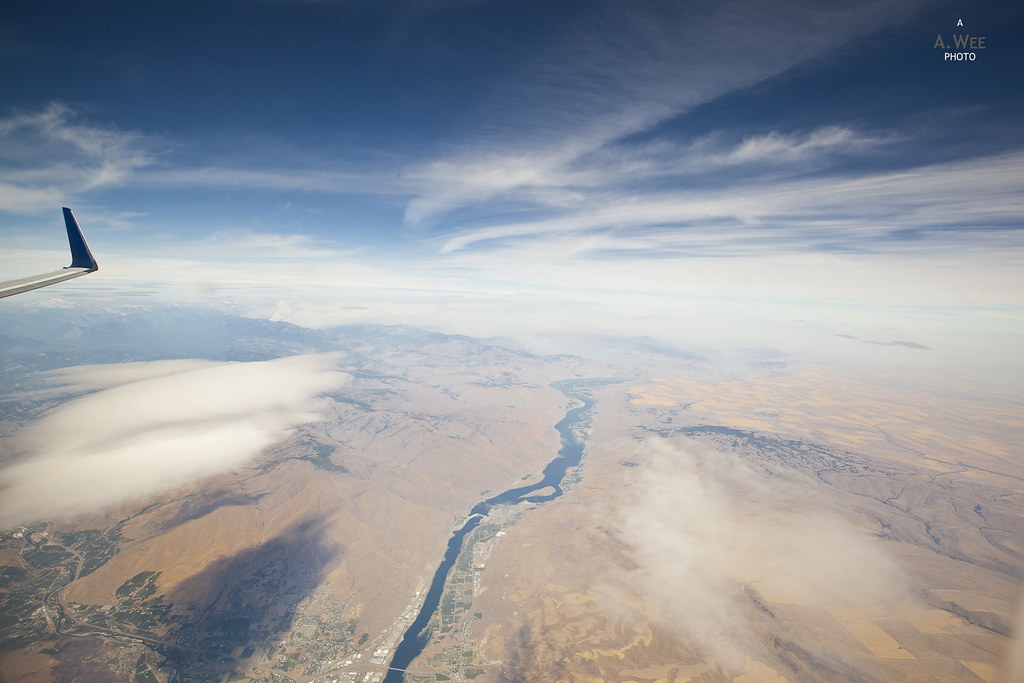 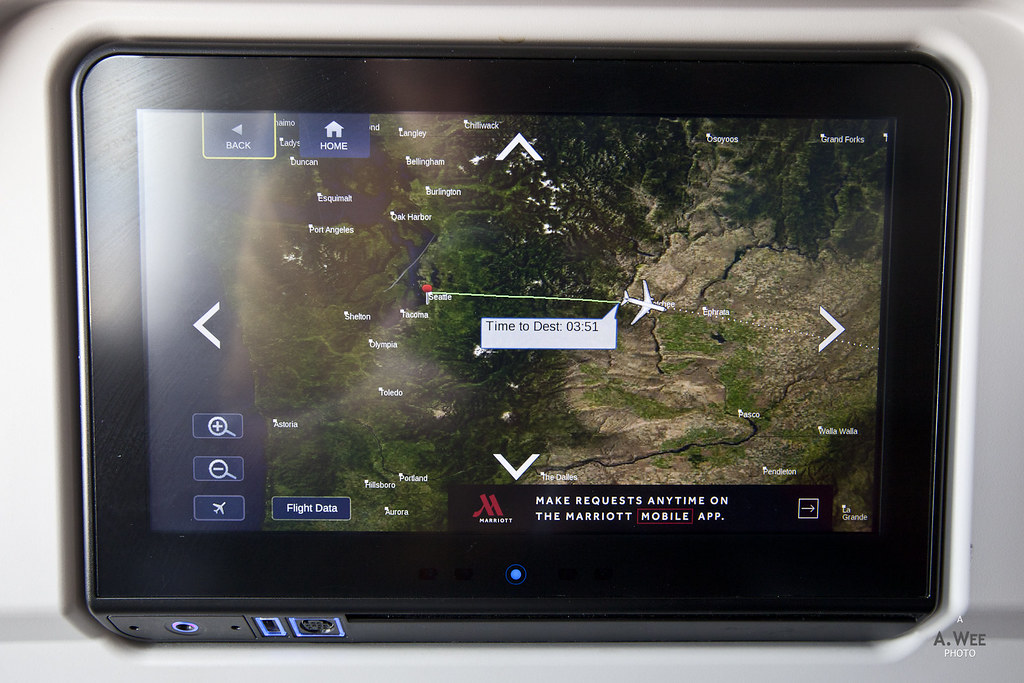 The flight steward distributed headphones, hot towels then took our meal orders. What was interesting was that the headphones were packed like Economy class ones though it seems passengers were welcome to take them off the plane. We were also asked for our preferred choice of beverage. For the main course selection, it was a choice between salmon with salad or sausage and pepperoni calzone. 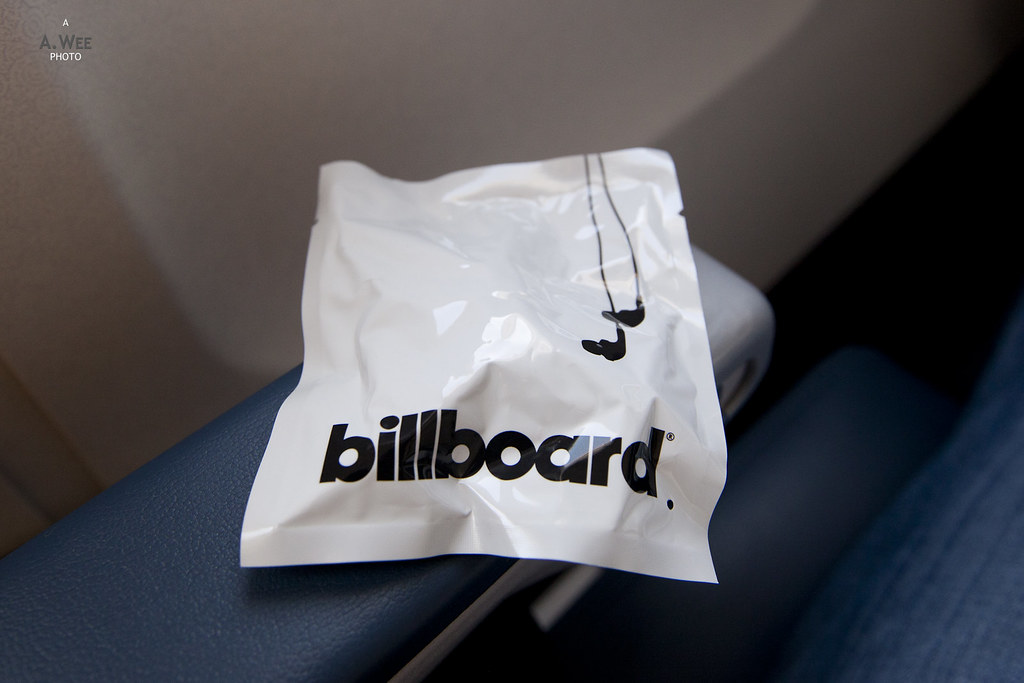 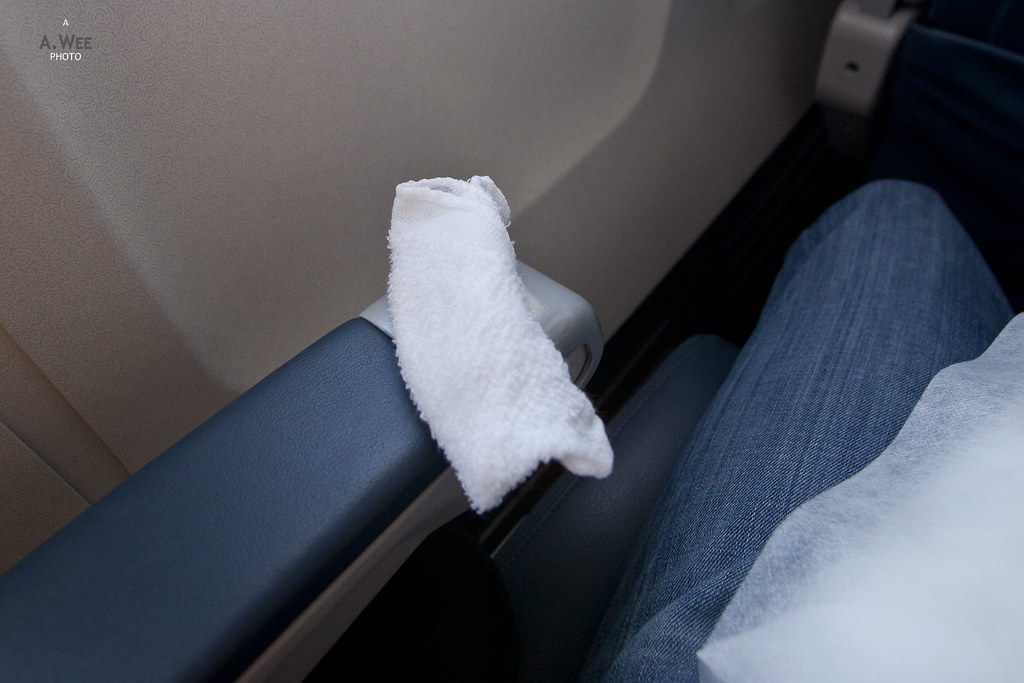 I got myself a can of ginger ale for drinks and was served with the beverage after they laid the table cloth over the meal tray. Total time served was actually quite fast and I was glad since I was getting thirsty and a bit hungry as well. 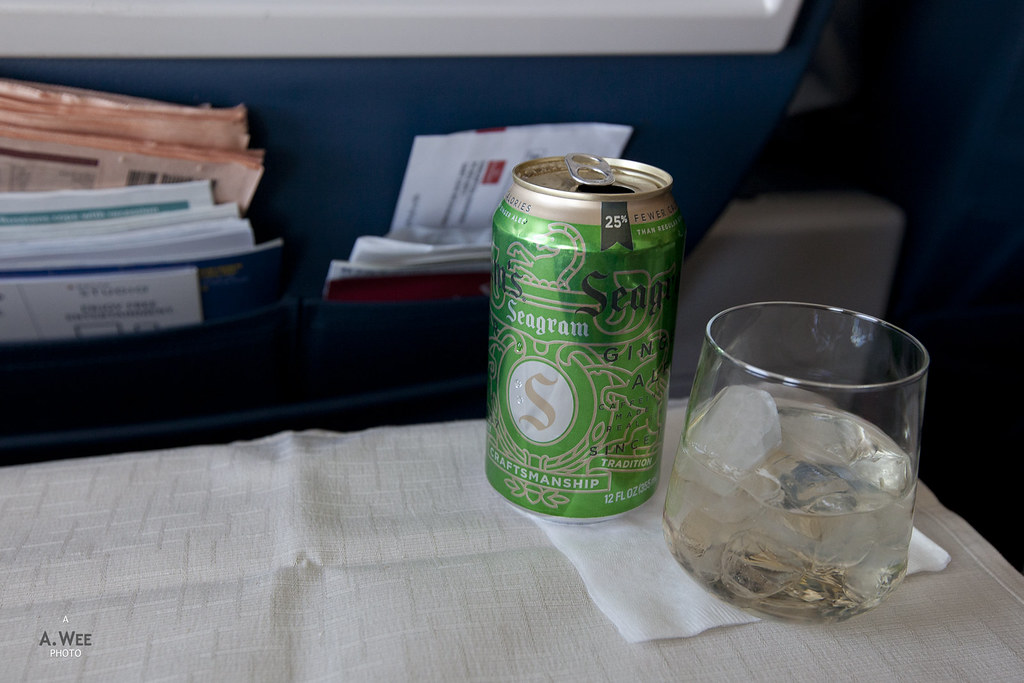 I got for myself the salmon with salad as I have had good experiences with the healthier choices selection onboard Delta flights. However the salad served on this flight was actually kind of disappointing. While the portion was actually generous, I did not think it was to my taste. I did still eat finish most of it and I still consider them to be better than the stuff served on other North American airlines in their premium cabins. 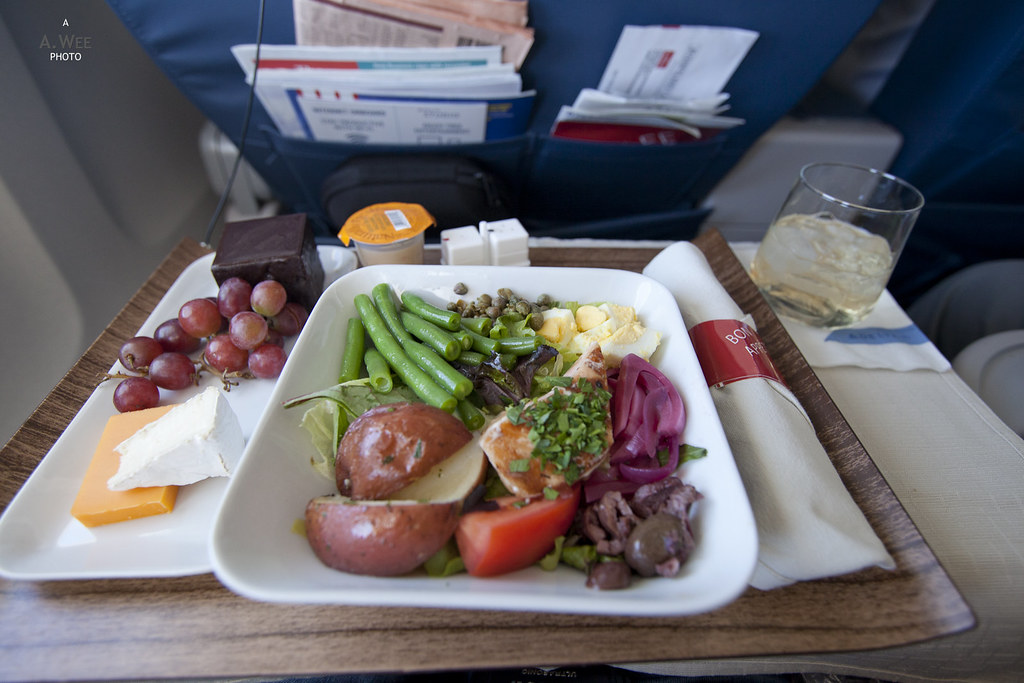 Fortunately the dessert and grapes included in the tray made the meal whole! I really enjoyed the chocolate cake included in the meal. Cabin crew came around asking passengers if they would like tea and coffee after the meal as they collected the tray. 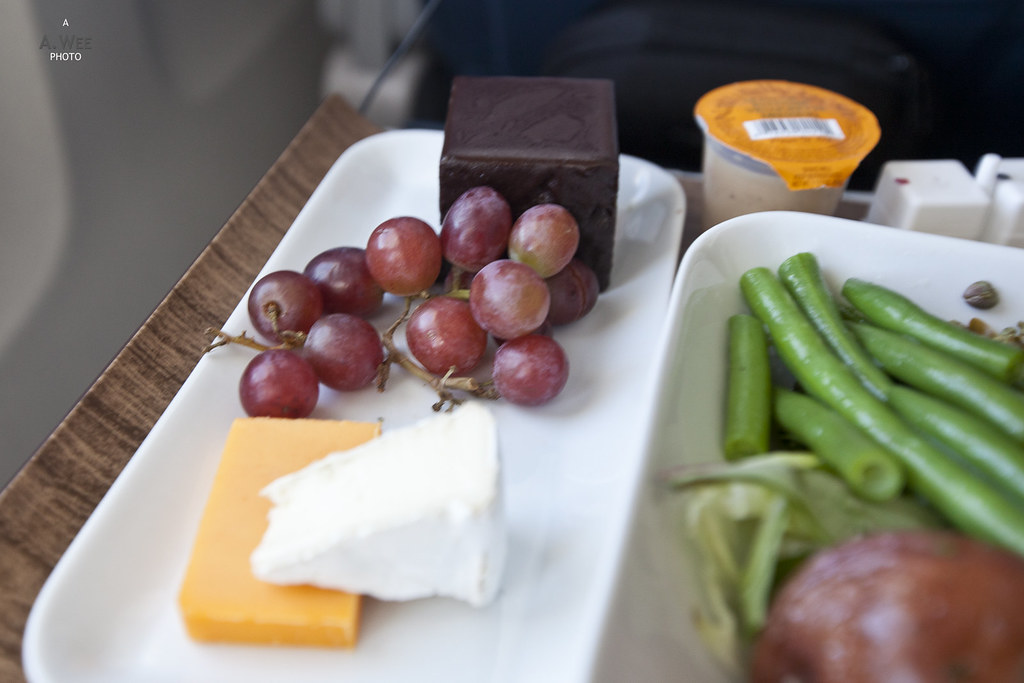 After the conclusion of the meal, I went on to watch a movie on the inflight entertainment. Delta has a decent selection of movies and programs and the screen resolution was also very good for this regional flight. In between, the cabin crew also came around to serve snacks from the basket and I was able to enjoy some chips in between the flights. Beverages were also served with this mid-flight snack. 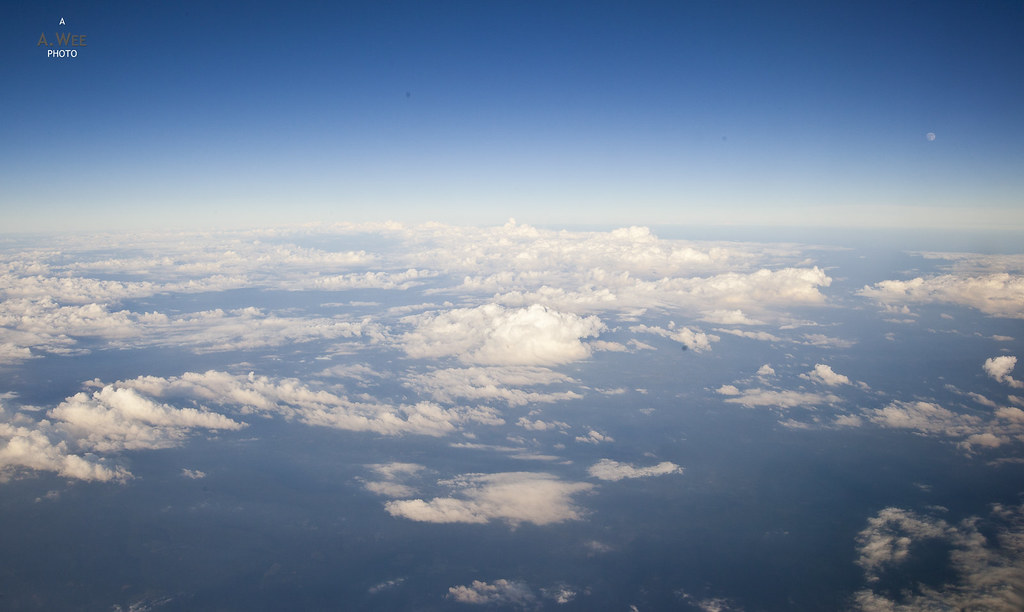 Clouds formation somewhere along the flight

There was not really much else to write about for this uneventful flight as the nice weather made the flight much more bearable. Most passengers were also just enjoying the movies or working on their laptops on this day flight. The hours just passed and we were soon starting our descent into Atlanta where the terrain was certainly much flatter than where we started from. 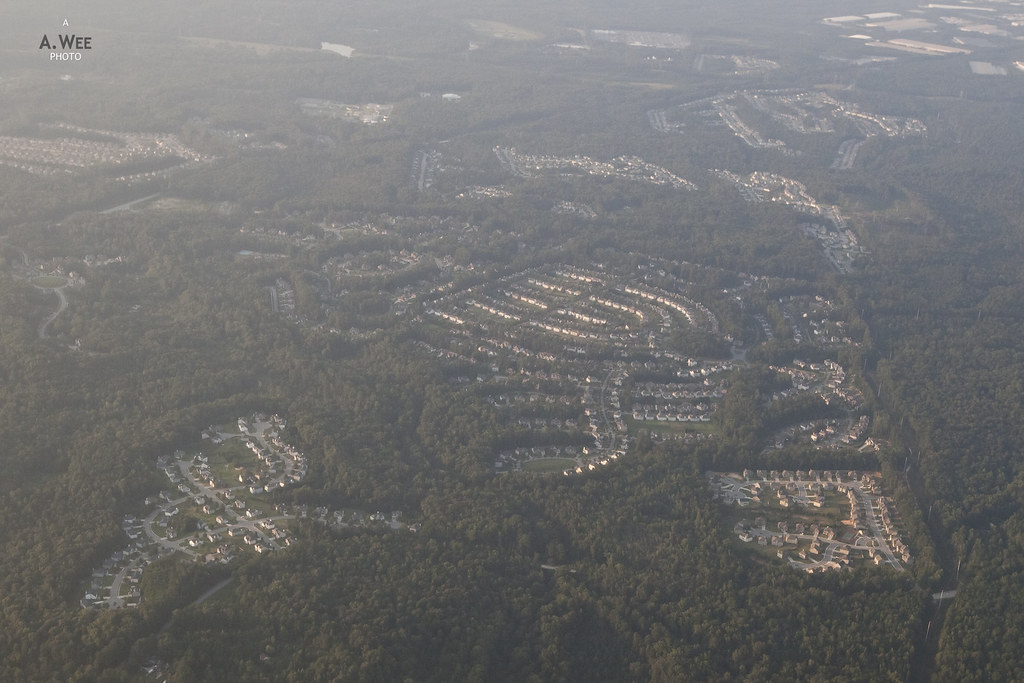 It was also a nice sunset over Georgia and I got to see residential suburbs and got a nice view of the Atlanta city skyline in the distance during the landing. 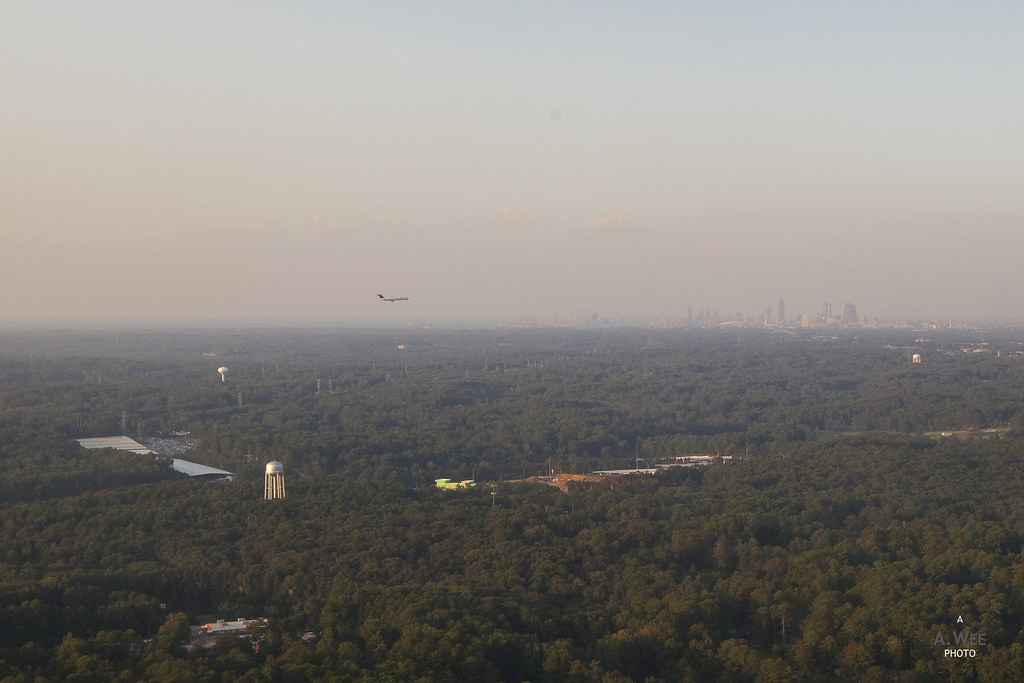 As expected, landing at Hartsfield-Jackson meant there were lots of Delta planes. Surprisingly enough the taxi was quite fast for such a busy airport and we were out of the plane in no time too! I was the last Business class passenger out of the plane since I wanted to take some photos of the cabin and I was in no hurry with a decent layover until my next flight to Santiago departing later in the evening. 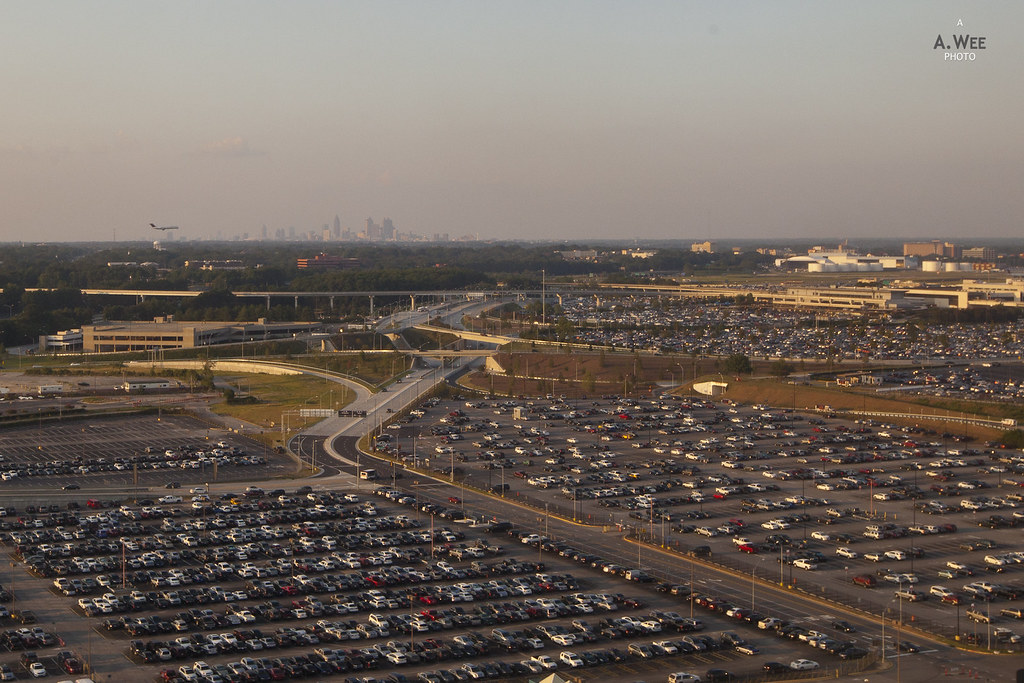 There was no surprises from Delta on this flight and while the crew did their job, they weren't the best or the friendliest since they forgot little things like welcome drinks and they did not seem wanting to interact with the passengers at all. Compared to some of the earlier Delta flights, I have to say it was not as nice but still better than my onboard experience with other North American carriers.
See more