All the posts are also available on http://quirrow.wordpress.com. 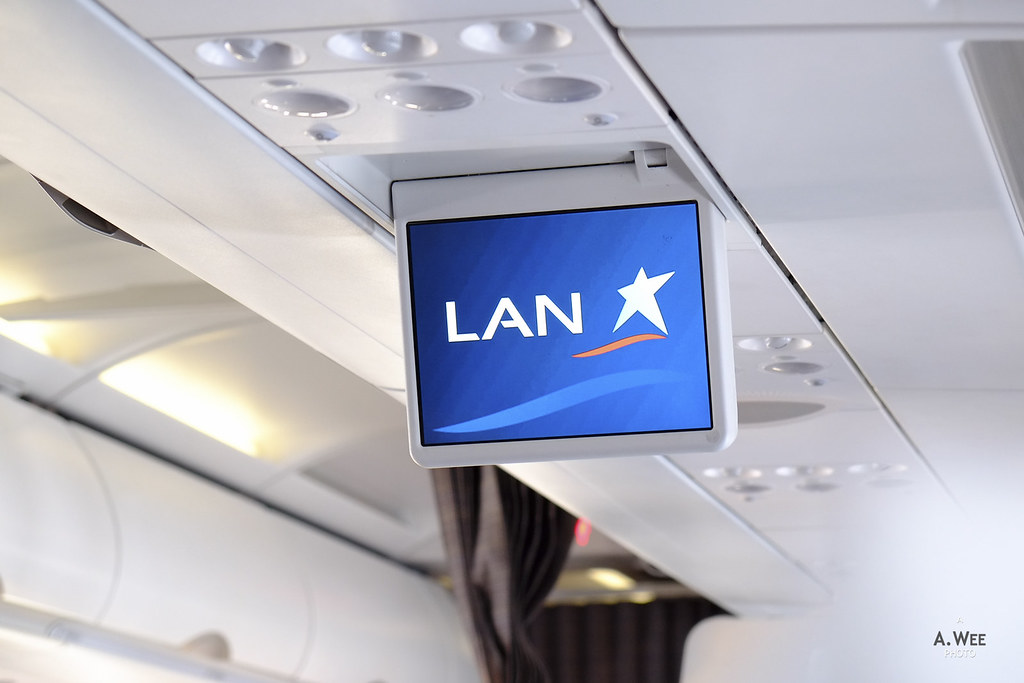 LAN logo on the overhead monitors

Ever since seeing photos of Patagonia and the southern part of Chile, I had made up my mind to visit that part of the country and since it was quite a long flight and a bit of a drive, I chose the early morning departure of 6 am from Santiago. Hence, my stayover at the Holiday Inn airport hotel. And how convenient it was to strut to the airport with my luggage. 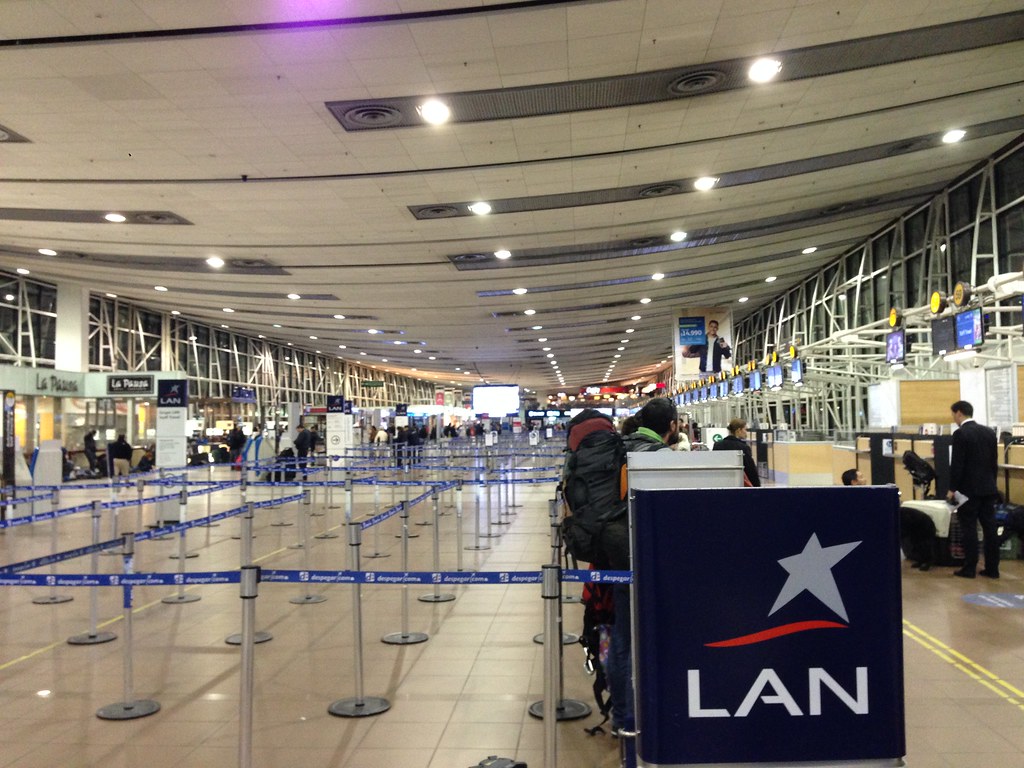 With not much queues this early, I was served nearly immediately and I cannot stress how friendly the people are in Chile since the service staff here was very nice to accommodate my oversized snowboard bag which another staff collected. And I was in economy class! 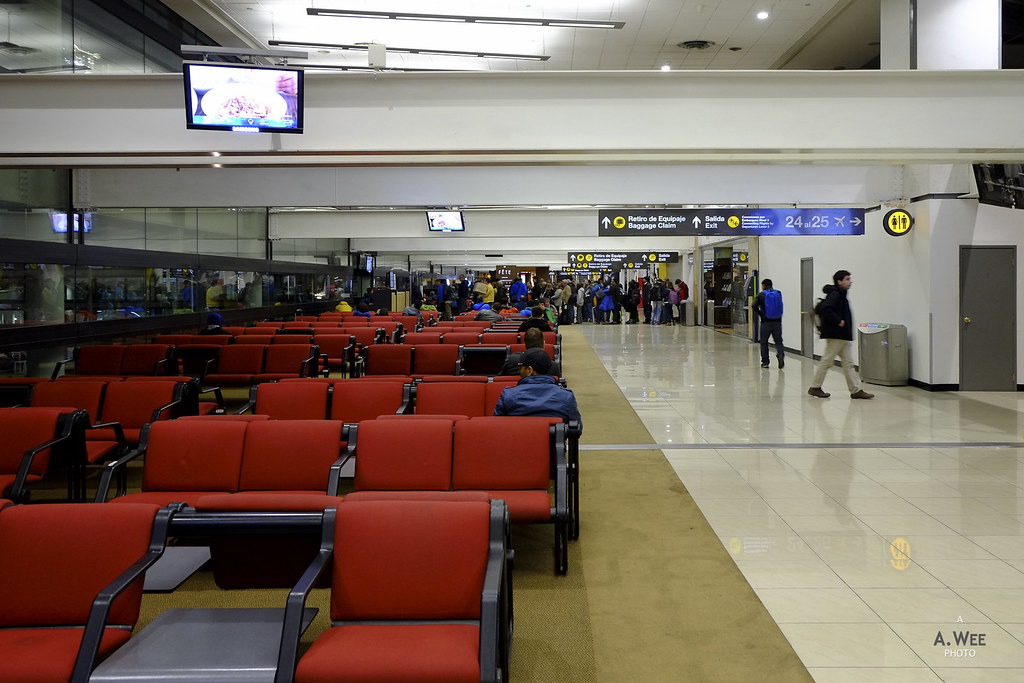 Upon obtaining my boarding pass, I proceed to the domestic security screening area, but before entering the line, I got myself Dunkin' Donuts for breakfast since I was still quite early. The cafe is actually just beside the security screening entrance so that was quite convenient. While queues started to form, they were never too long and even after finishing my coffee, I still had time to linger in the waiting area as the flight has not begun boarding procedure.

There was already a long line forming to board the plane but I took my time since LAN always boards the rear rows first and this time I was seated more upfront. 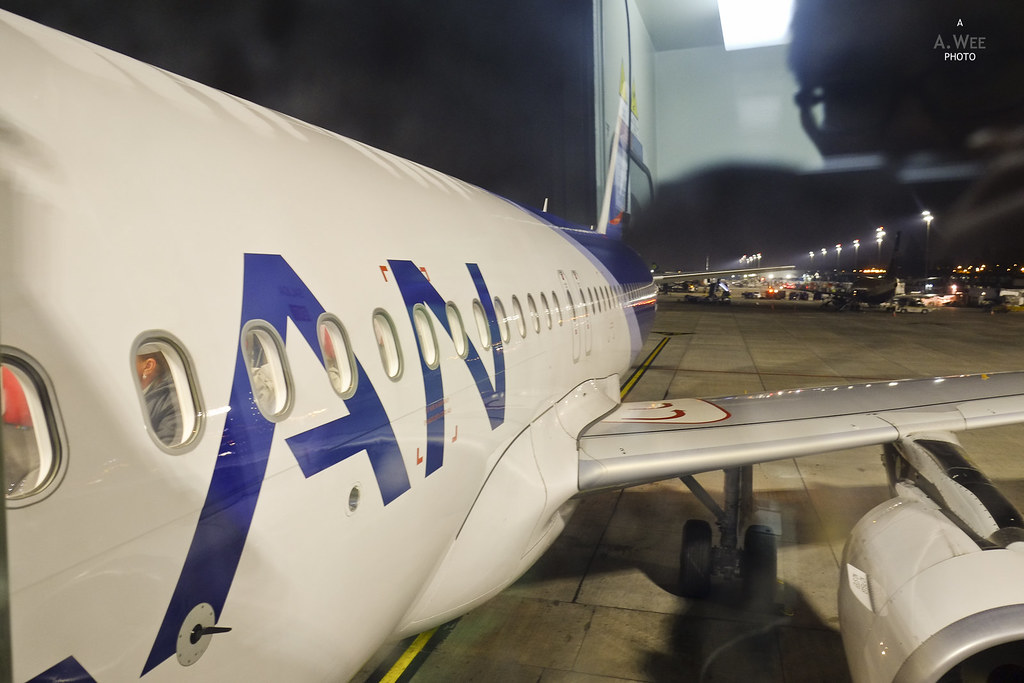 Boarding the plane before sunrise

There was something different about the plane cabin and I noticed it was due to the colour of the headrest. It seems that the newer A320 in LAN's fleet has a more vibrant ambience and it definitely works better than plain old dark blue upholstery. 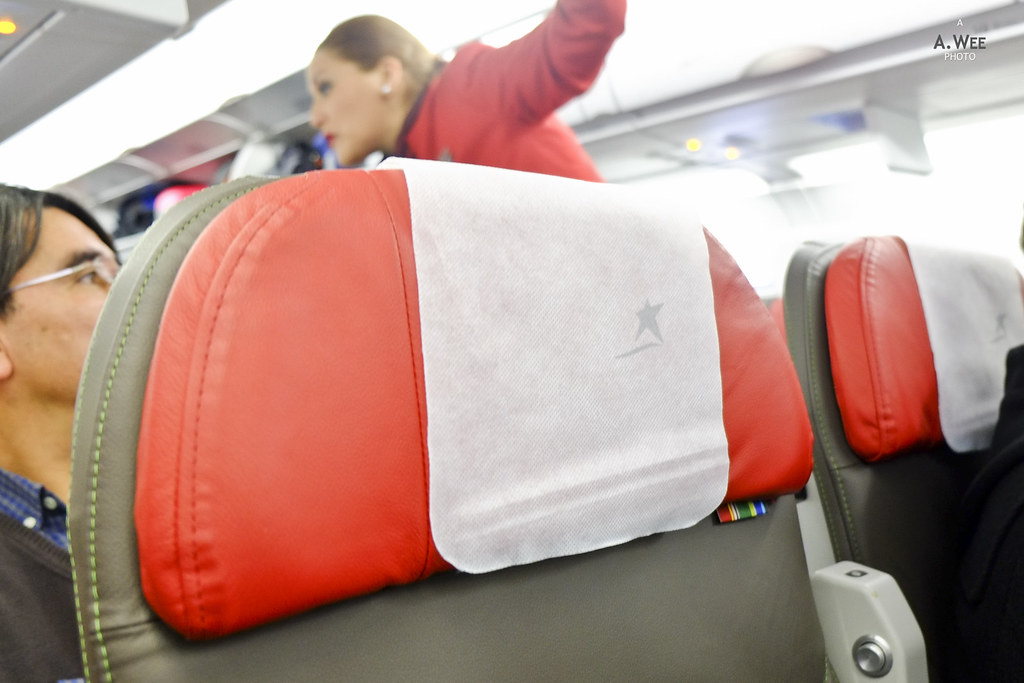 Seat comfort wise, there was not much change and the legroom was still equally tight. This was going to be a much longer flight so I was hoping it would be emptier so I could get some space to stretch out. 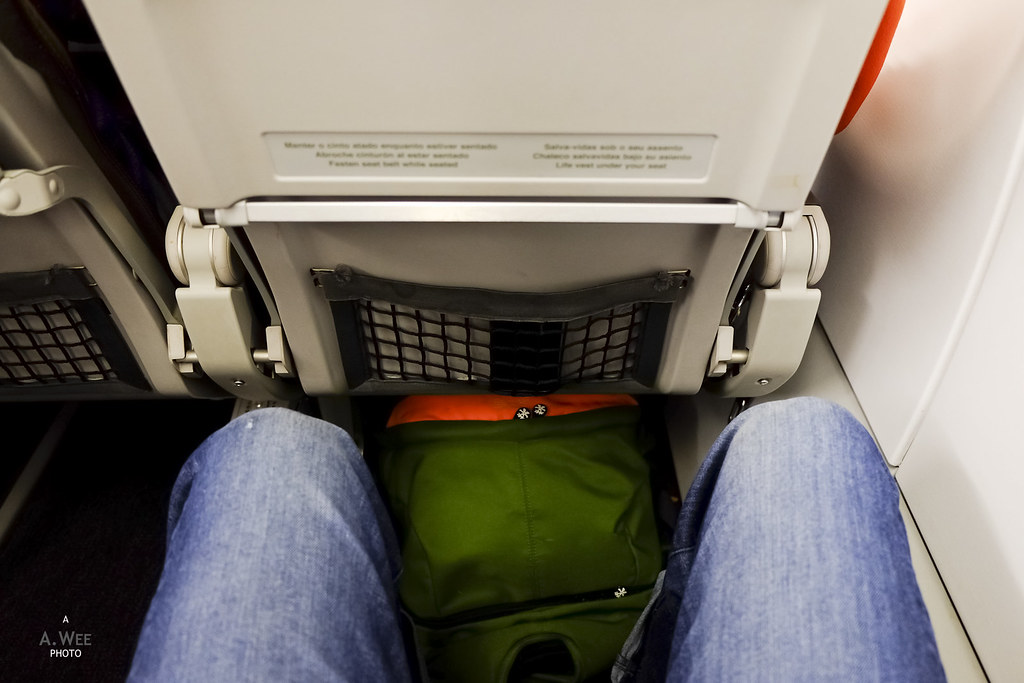 Fortunately, the middle seat remained empty after boarding was completed and that really made it a better flight before it has even taken off! 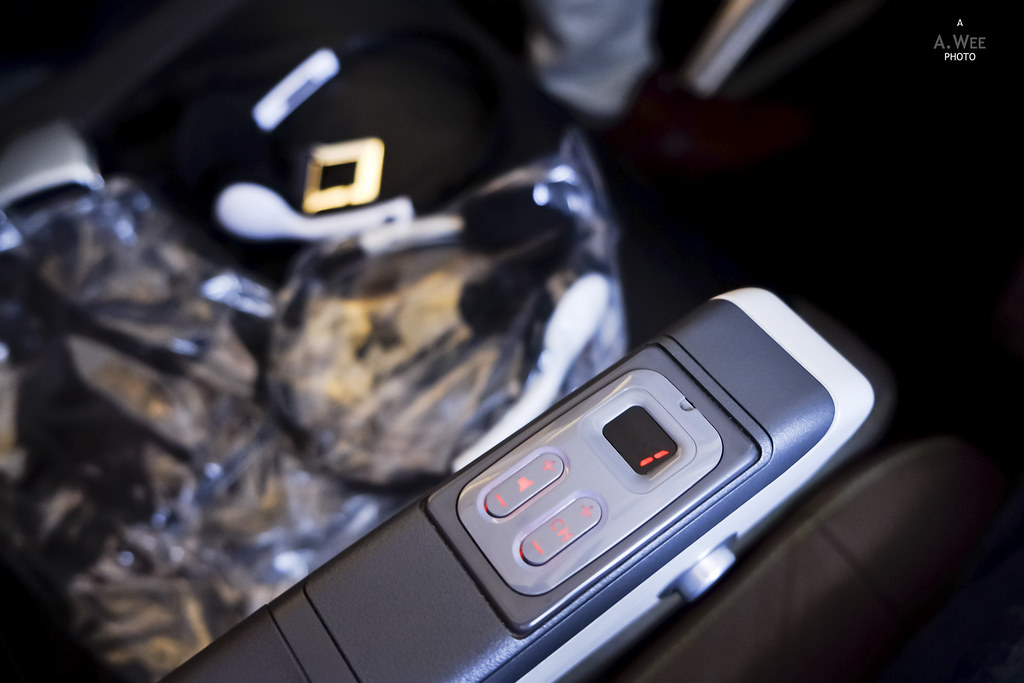 The same procedure followed upon the closing of the cabin doors with the safety video being played and cabin crew checking on the passengers before take-off. Once we reached cruising altitude the cabin crew started to distribute headphones since they were showing inflight videos on the overhead monitors. This was the additional service for the longer duration economy class flights, and those headphones were not too bad either. 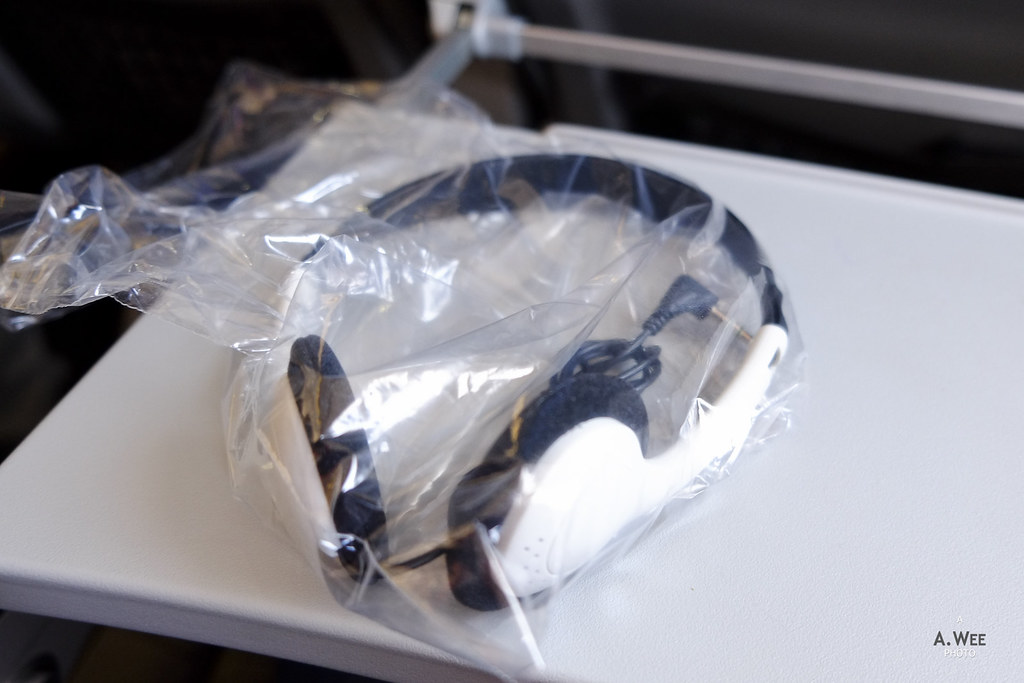 For such an early morning flight, the commencement of inflight snack service as soon as possible was also a welcome addition. And what was great about the longer flight was that there was double snack service in that passengers got 4 portions of snacks compared to the usual 2 portions. 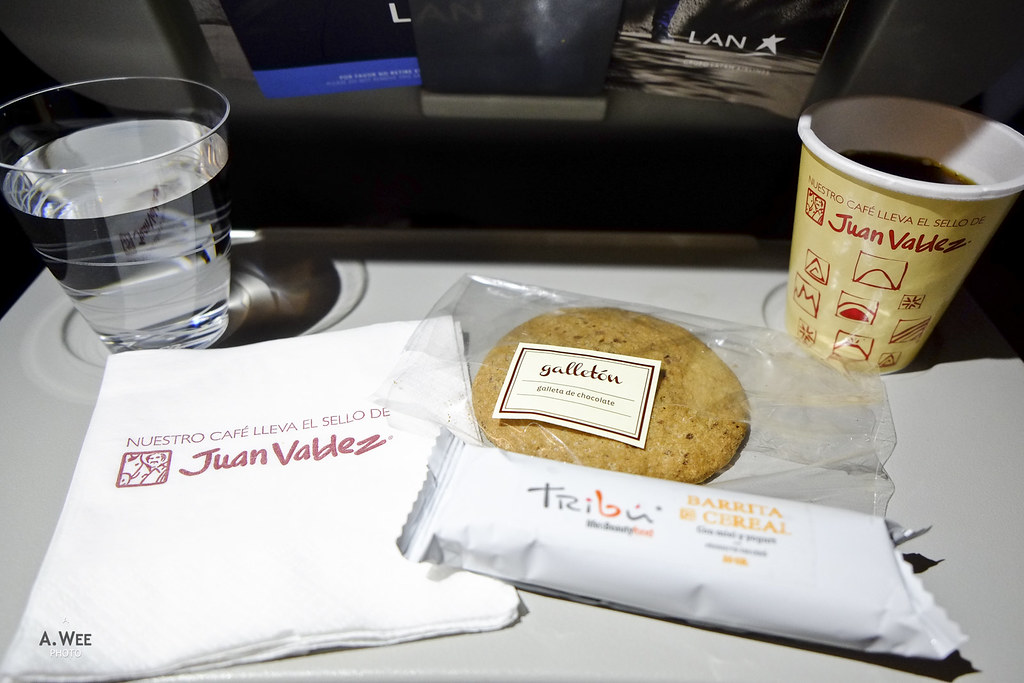 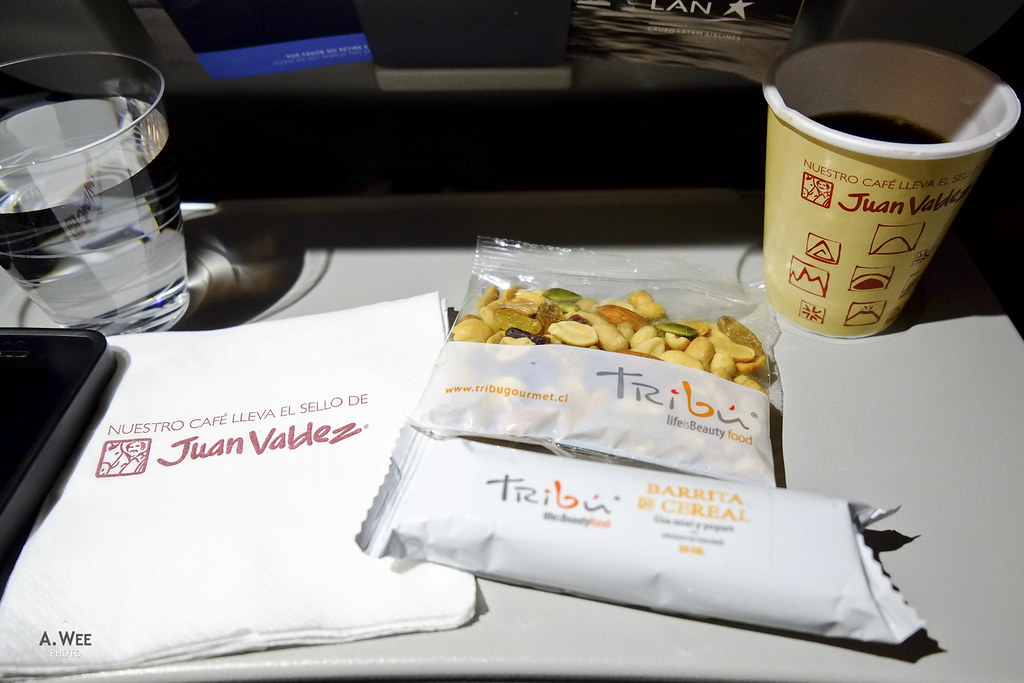 Since the flight started way before sunrise due to the fact that Chile no longer commits to using daylight savings during the winter, passengers seated by the window (me!) got a nice view of the sunrise. I will just let the photos do the flaunting since it was really nice to see the skies change in colour. 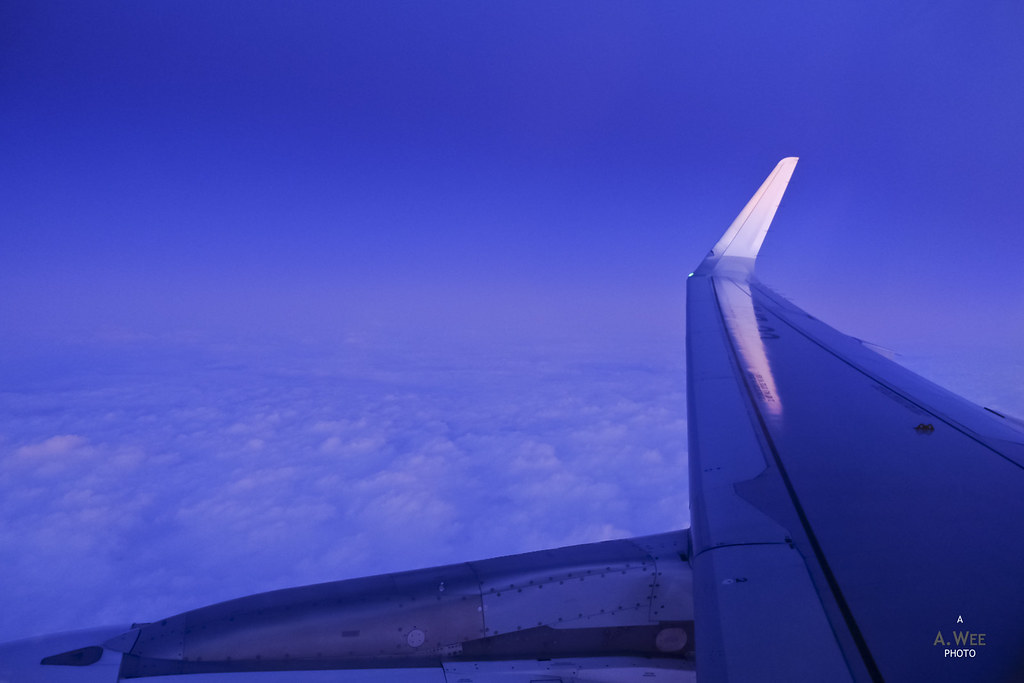 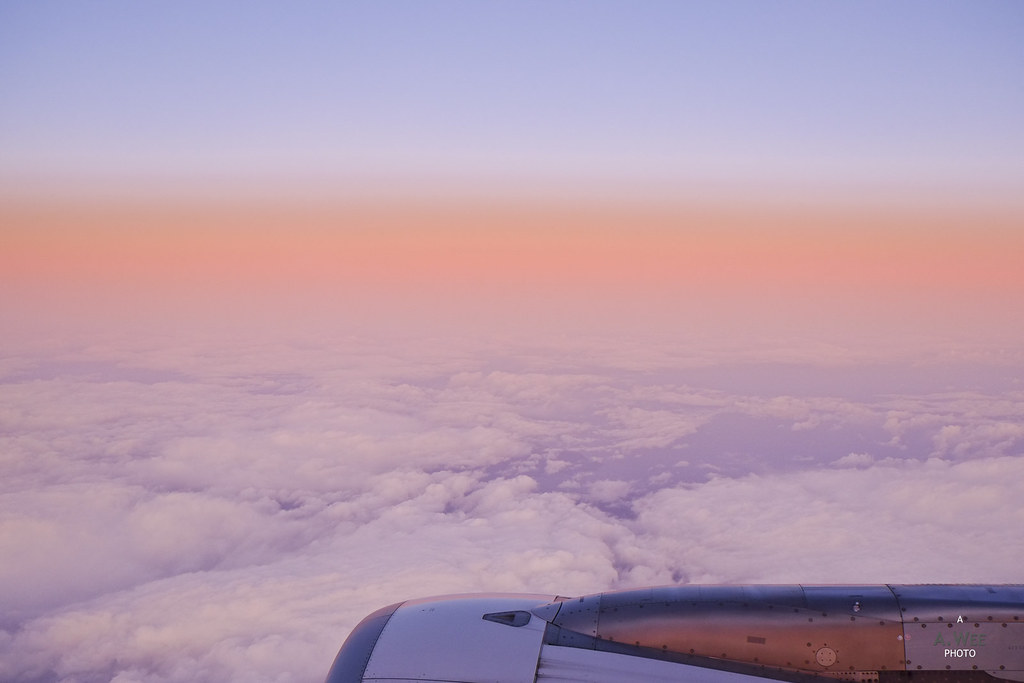 Enjoying the sunrise from the plane

After the spectacle given by nature, I caught a nap since I was still quite tired after having only a few hours of sleep the night before. I was able to nap for nearly an hour before I woke up in time to catch some sight of the snow-capped mountains of Patagonia. Too bad it was actually quite cloudy since I expect the view to be much better if the ski was clear. 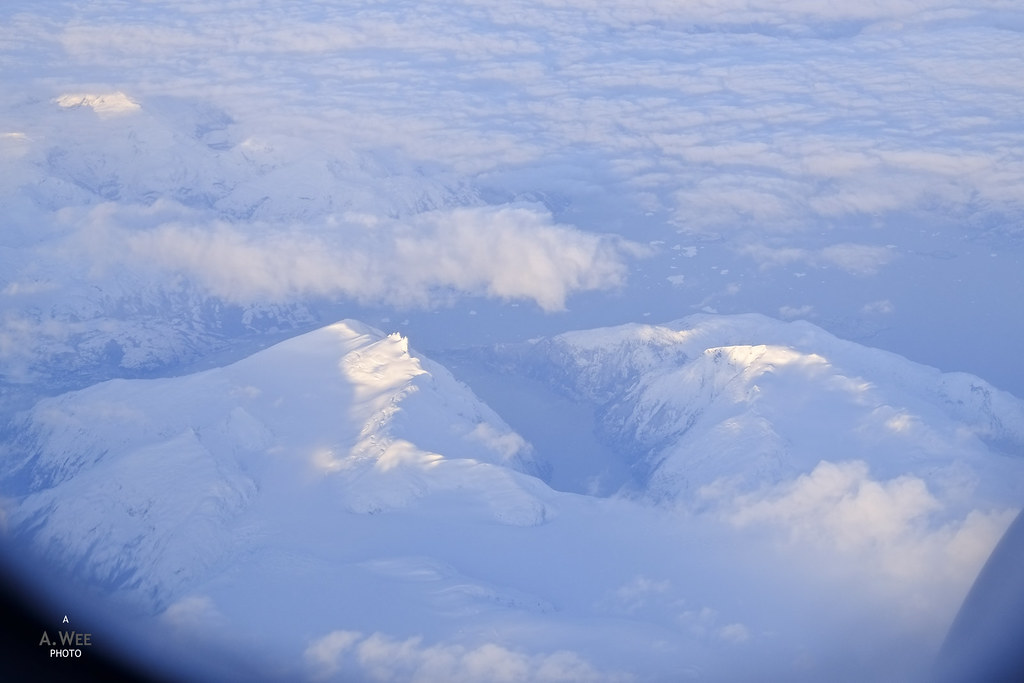 First sight of the snow-capped mountains around Patagonia

During this time the cabin crew actually also came around offering drinks or mainly just water for passengers. Not bad at all really for LAN considering the all economy cabin. One of the stewardess even offered to help me take some photos using my camera from the cockpit as she saw me taking photos through the window. The sincerity of the people to create better experiences was just amazing and made a normal flight that much more special! 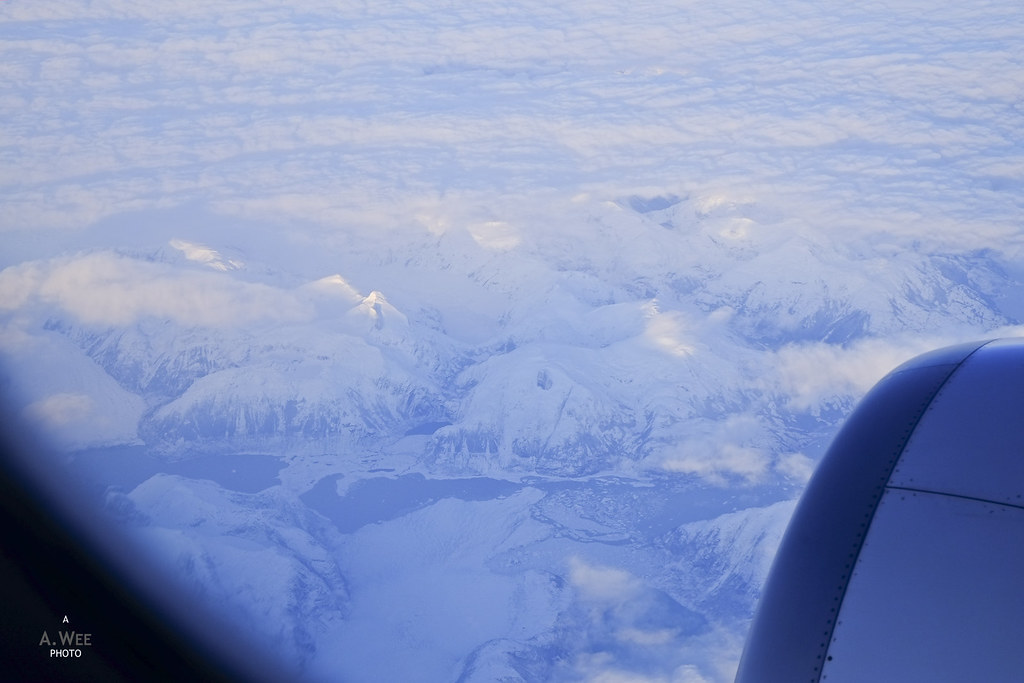 Since my camera was set on a manual setting and I figured I did not really want cause a lot of inconvenience, I politely declined her offer. After all I figured the cloudy skies might not result in much nice photos. Other than that the rest of the flight went on as usual and the cabin was generally peaceful and quiet with most passengers getting some shut eye. 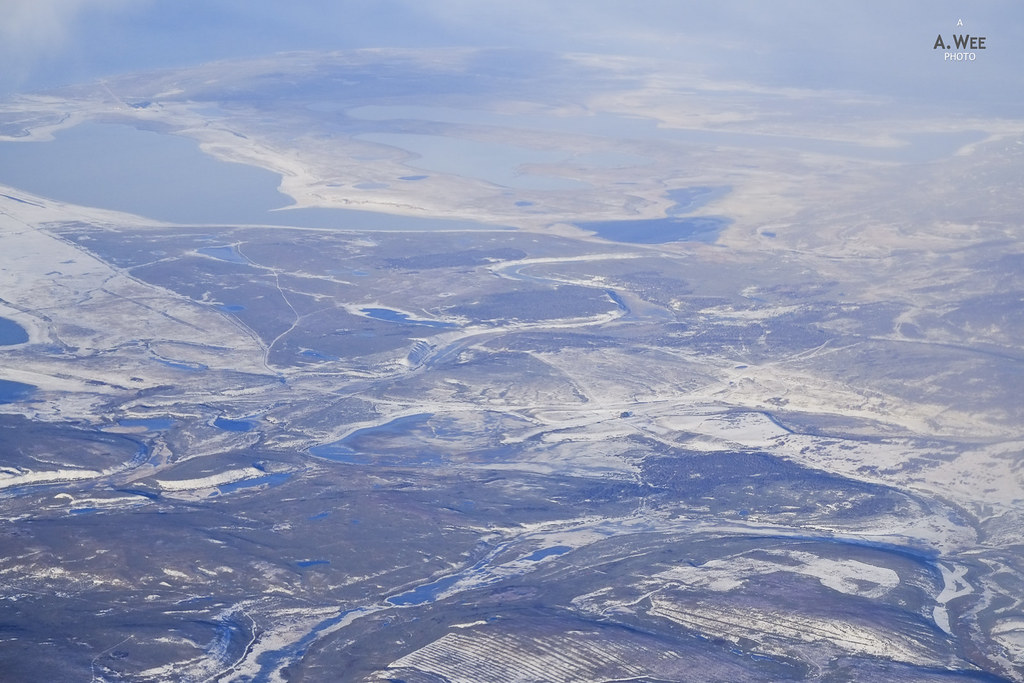 Landscape of Patagonia on descent

During the descent luck was once again on my side as the sky cleared and I got some really nice shots of the numerous lagunas or lakes between Punta Arenas and Puerto Natales. While I did not get any aerial views of Puerto Natales, the interesting terrain made it a scenic descent! 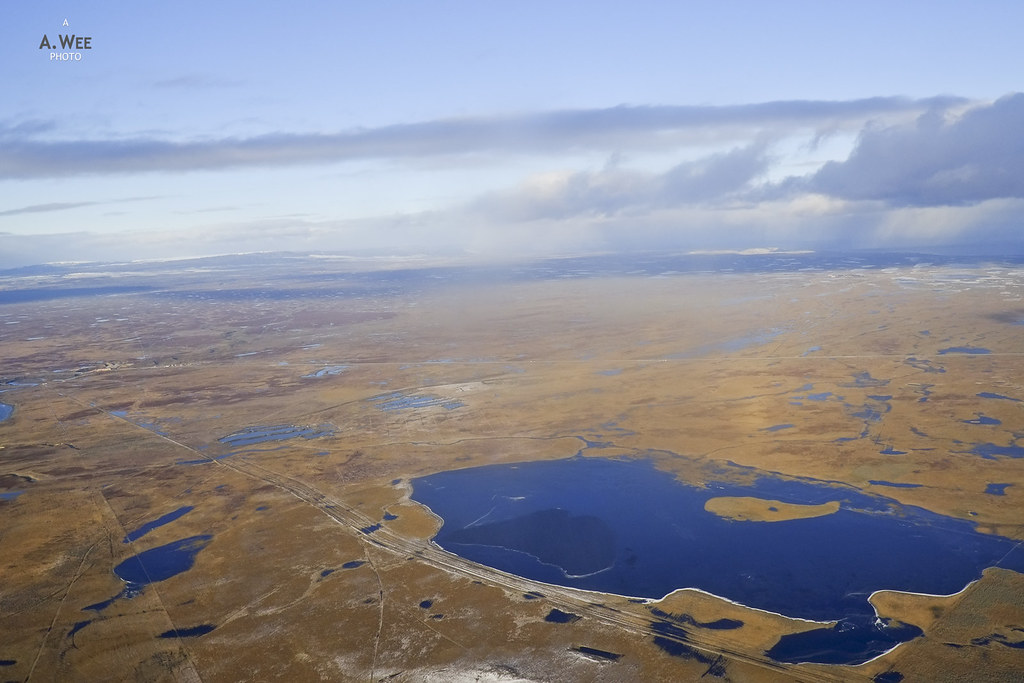 Landing into Punta Arenas airport was also a treat in itself since it also functions as a military airport and the sunny skies that greeted us made for a nice welcome into one of the most southerly located airports in the world. 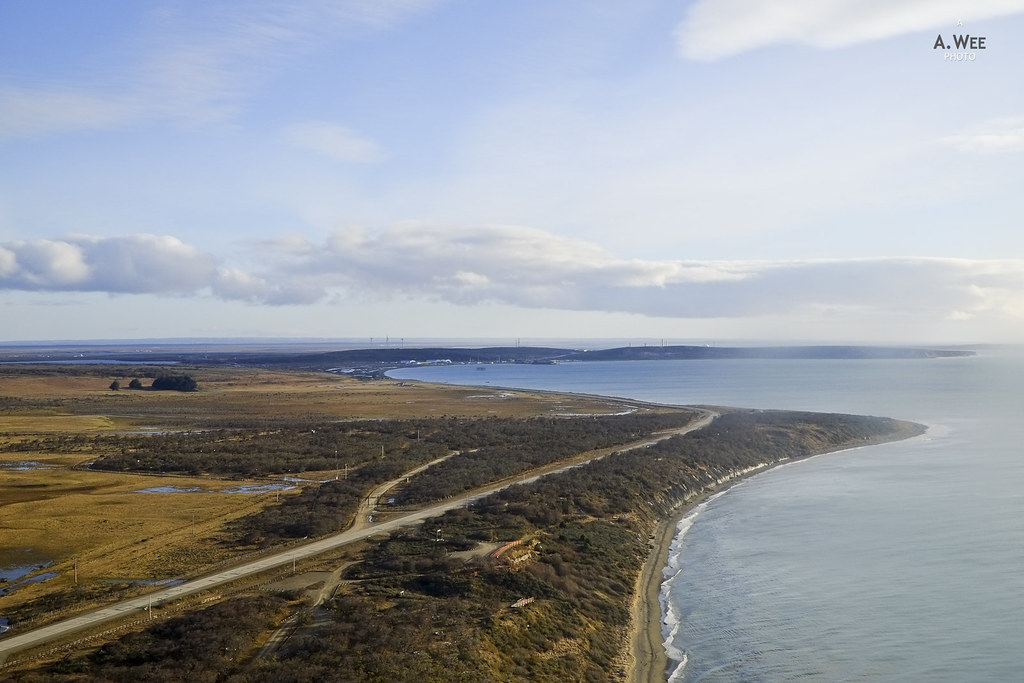 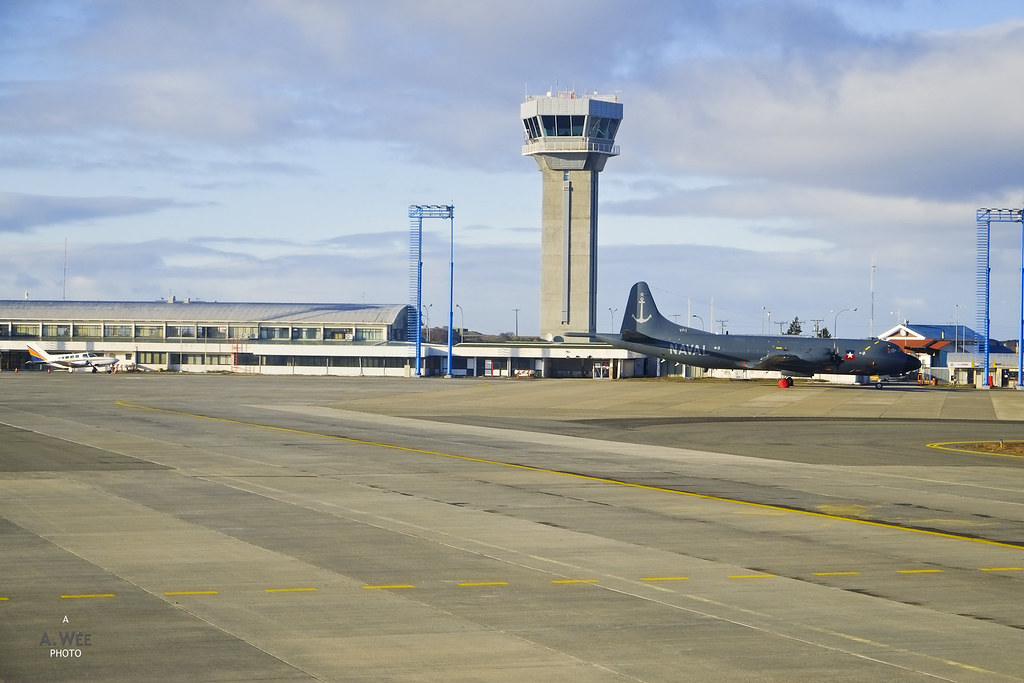 While Punta Arenas is not exactly the most crowded town in the world, the airport here is again quite neat and easy to navigate once we got off the plane via the aerobridge. I also noticed that this airport has been designed for international departures and arrivals too as one of the gates has a customs and immigrations desk, which I believe is for flights to Argentina. 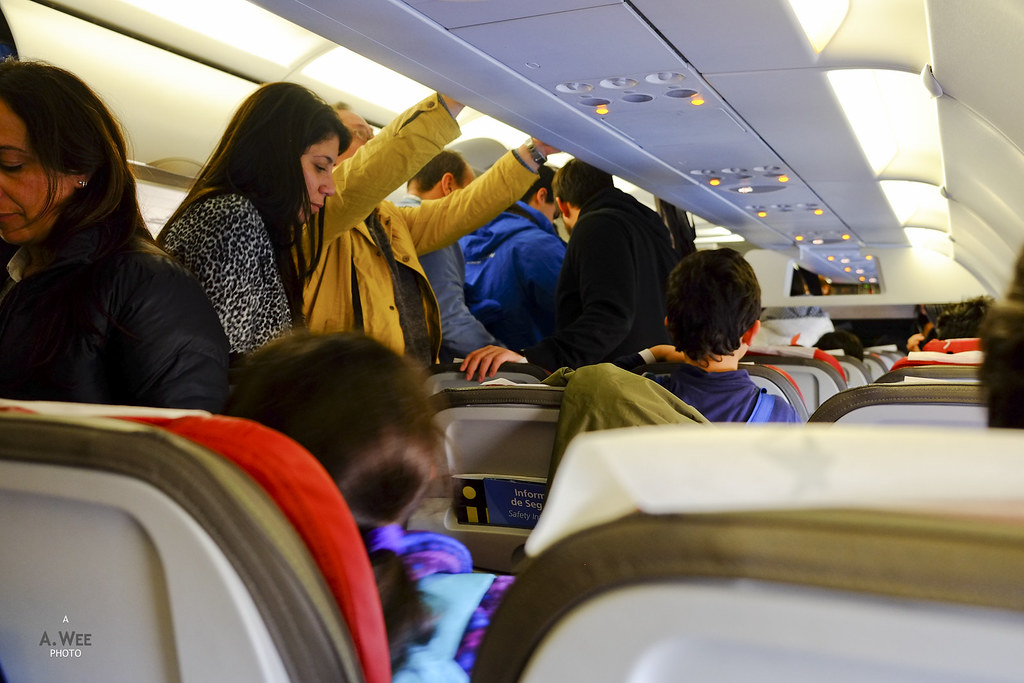 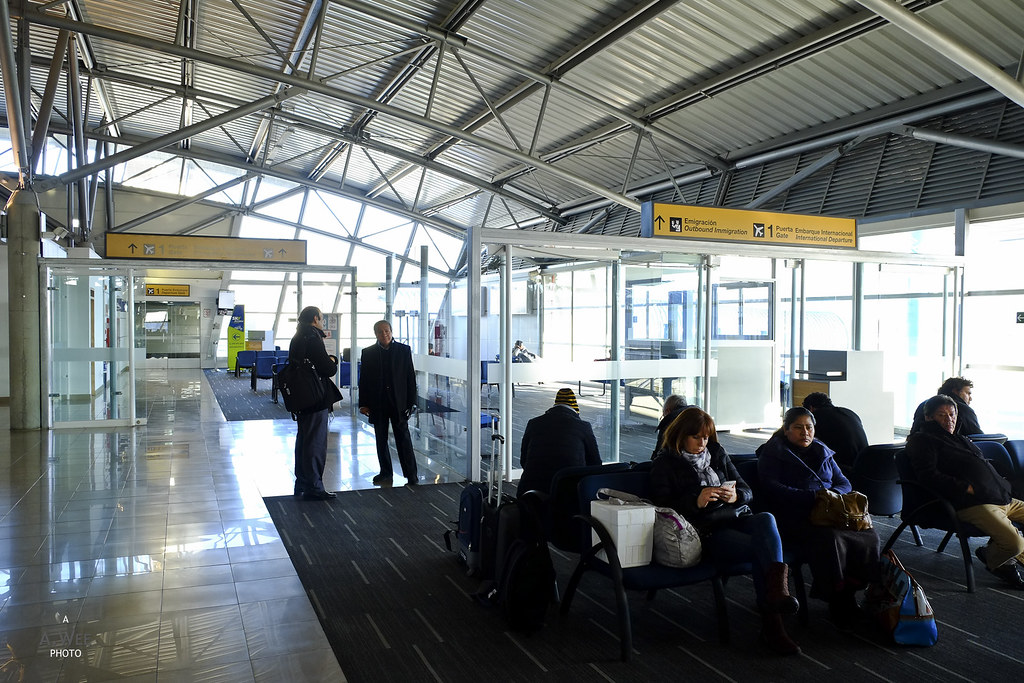 I got around to the baggage claim and waited about 15 minutes for my luggage to appear before collecting my rental car whose counters are discovered easily in this relatively small yet functional airport. The facilities appear quite modern with all the trappings for the pampered traveller, and this is perhaps the tourist dollars at work. 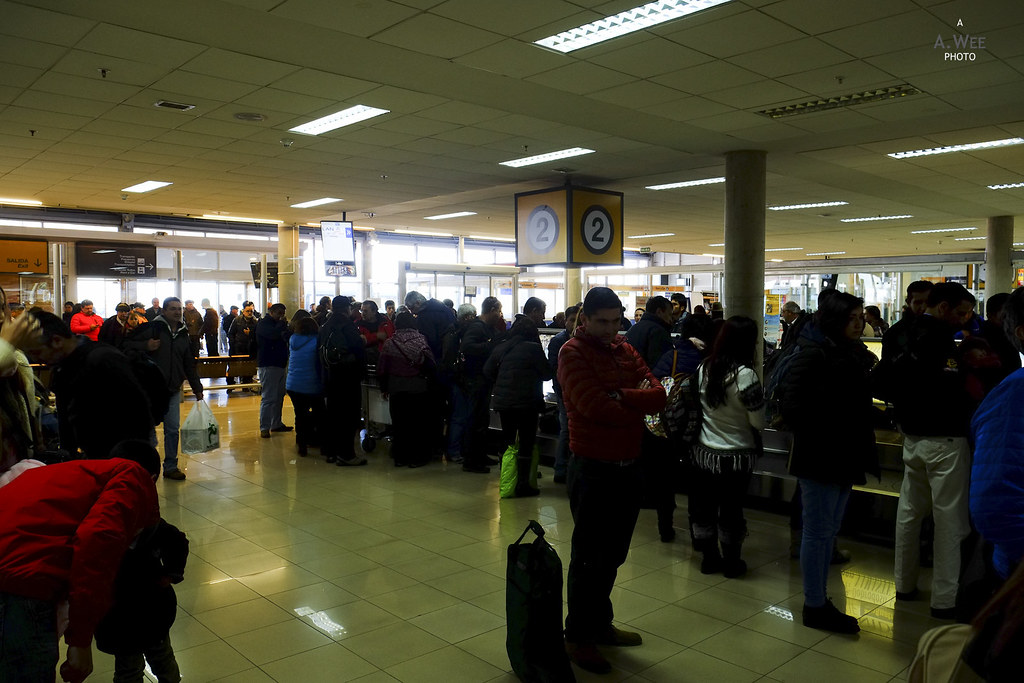 Either way, the fare that I paid for this flight at around 119,000 CLP (~$160) is probably quite a decent value. The great service from check-in to the attentiveness of the crew onboard and finally the great airport infrastructure in one of the most remote regions in the world make for a great journey. 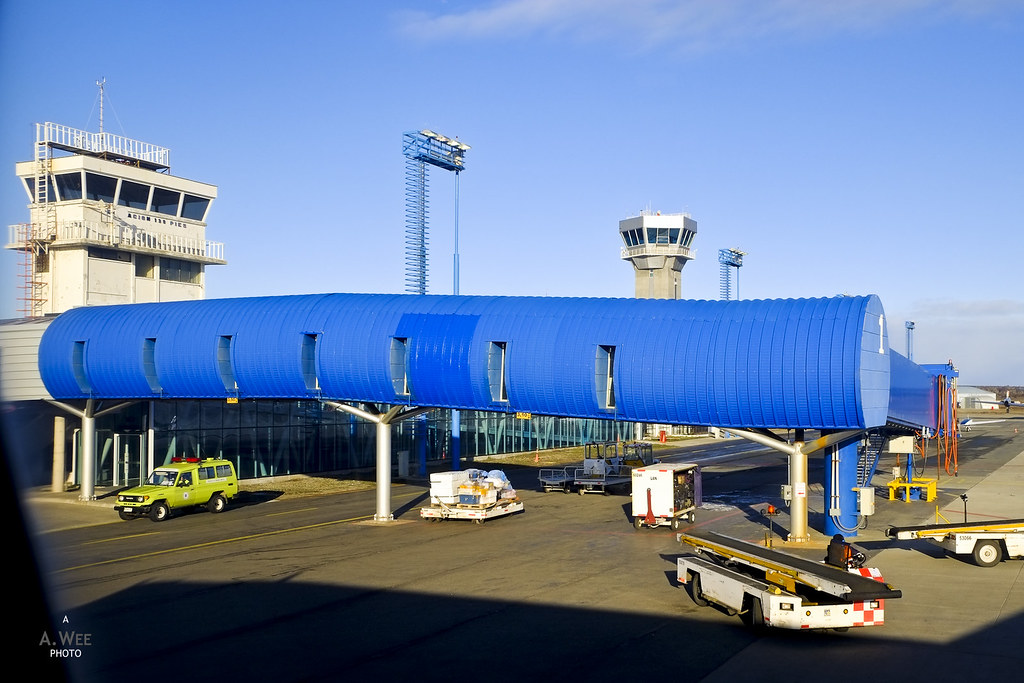 The contributors of Flight-Report published 3 reviews of 3 airlines on the route Santiago (SCL) → Punta Arenas (PUQ).

The average flight time is 3 hours and 29 minutes.