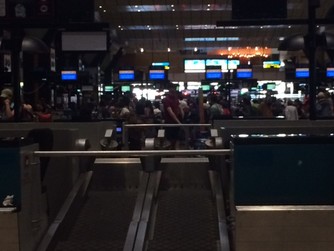 By MrMax 1557
Published on 7th December 2015
Welcome to the third FR in my first series. Tody I will be flying from JNB-GRG (a small airport in the southest of the country)

BACKGROUND INFO
This december I visted South Africa to visit my familly there (I'm half South African). For this third leg, I will be travelling to george after three days in Jo'Burg. Some of my familly rents holiday houses in nearby Plettenburg Bay, so we like to see them here. George is the closest airport to Plettenburg Bay. Anyways, here's my routing:


If you're wondering, FA is the IATA code for FlySafair, a smallish South African airline (small enough for it to not be in the FR database). And GRJ is the IATA code for George Airport. George is a small city in the south of the country.
Here is a map of my internal flights for this trip (courtesy of www.gcmap.com):

This FR is going to be short, so I added a big tourisim bonus, with a surprise!

I arrive at JNB about 1.5 hrs befre scheduled departure time The FIDS at CPT and JNB is the same, It's OK: The line was less then a few mins and the man behind the desk was efficient: I go to the Bidvest lounge. Limited seating. The buffet was OK. Overall, a decent lounge, but nothing to be exited about.

We are bussed to the plane, witch is in Maluti Sky (Leshotoan Airline) livery. I think that the Maluti Sky livery goes really well on the CRJ200.

The view from my window seat at our neighbor: The only entertainment was the Saubona Magazine. The december content was bad, and I ended up being a little bored during the 1:45 flight.

Once airborne we were served juice, and this "Cappichino Muffin": It was actually good, I asked for another one, wich the really-friendly FA kindly accommodated. Thanks to Lindiwe for the great service!

I took this exact same flight in december 2012, and I got a breakfast box on that flight. Now you just get a muffin. The quality of domestic SAA flights is getting mutch worse. You used to have a hot breakfast on CPT-JNB flights, now you get peanuts. The breakfast box had a yoghurt and a ham sandwich. I think that SAA should bring the breakfast box back, especially at the price we had to pay for this flight!

We landed at GRJ on time (to the best of my recollection). We went on a 1:30 game drive. I also like photographing wildlife: 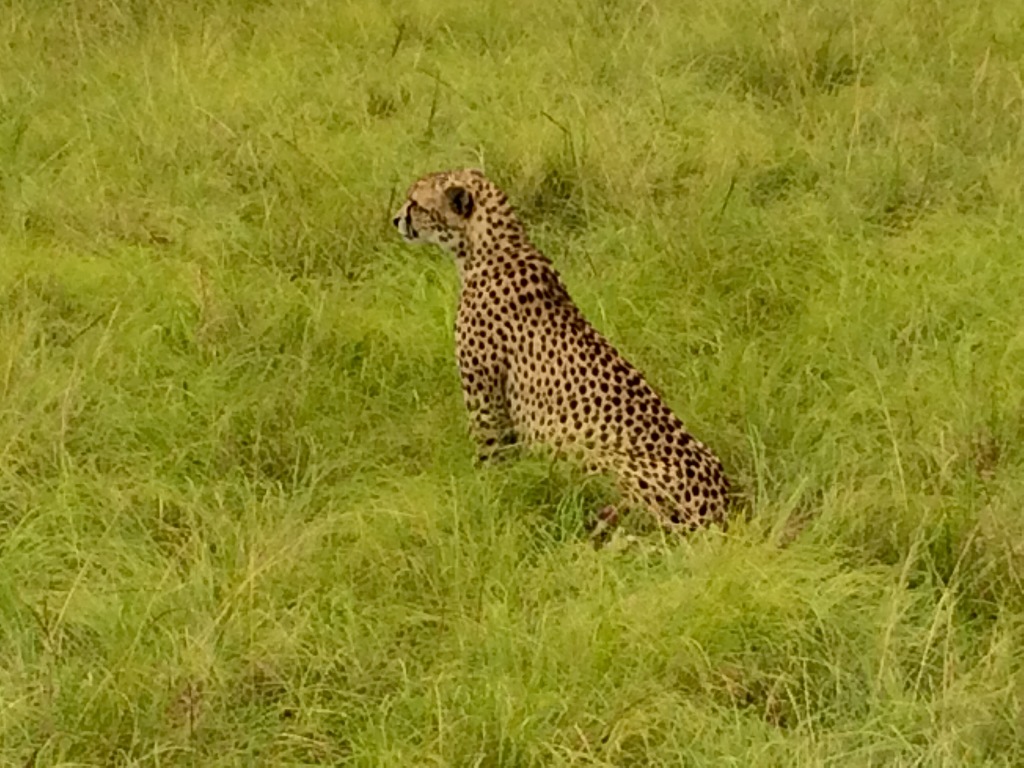 JNB was OK. The flight was also average. The catering was minimalist, but the quality was decent. On time preformance was fine, no comment. GRJ had very efficiant baggage claim. I think that SAA has very bad value for moeny. Fly Kalula for half the price and get a similar flight experience. I chosse SAA because of the timing. Other than that, definitly not a good option.
See more

JNB was OK. The flight was also average. The catering was minimalist, but the quality was decent. On time preformance was fine, no comment. GRJ had very efficiant baggage claim. I think that [b]SAA has very bad value for moeny[/b]. Fly Kalula for half the price and get a similar flight experience. I chosse SAA because of the timing, but other than that. I shouldn't have flown SAA.

He wrote 26 reviews about 15 airlines and 24 airports.