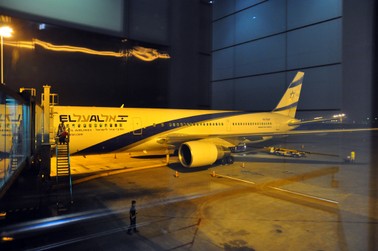 Aircrafts in the gates: Our aircraft in the gate. Always ELAL parking in secluded places. Short time after the take off the crew served crackers with soft drinks: One hour after take off the crew served night meal: 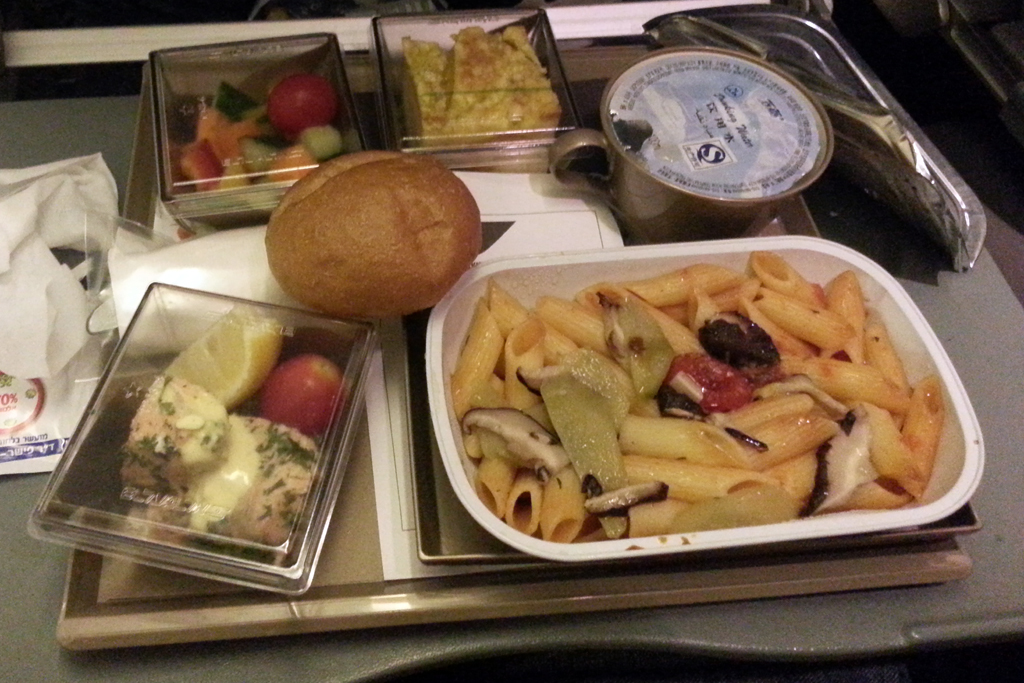 During the flight I went to the galley and the crew served me crackers and cold drink.

7 hours after take off (and 2 hours before landing) the crew served breakfast: 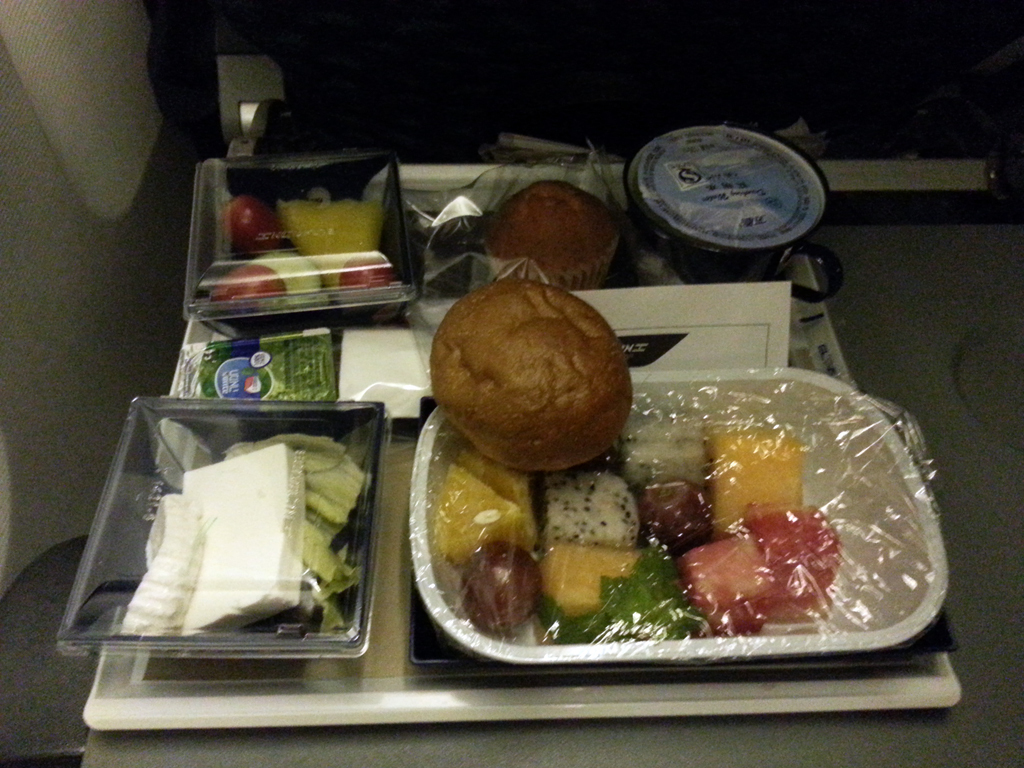 The breakfast and the night meal were very nice. Since my first time that I ate meal in aircraft (in 2003) the meals were changed and now they are edible and even tasty.

Then we arrived to our destination, TLV (Ben Gurion) airport.
Economy Class: 4X-EKE, another ELAL aircraft (Boeing 737-700 that should leave the airline soon): The flight was very nice. The plane looks old and there's no PTV. The main screens sometimes stopped to work. It doesn't matter for me because I had laptop, but for other passengers It may be annoying.
Today the B763 of ELAL upgraded and they including streaming system that works with Smartphones, laptops and tablets.

Dor is member of Flight-Report since March 2016.

He wrote 40 reviews about 17 airlines and 26 airports.