#45 out of 88 Airlines A minimum of 10 flight-reports within the past two years is required to appear in the rankings. 4649 reviews 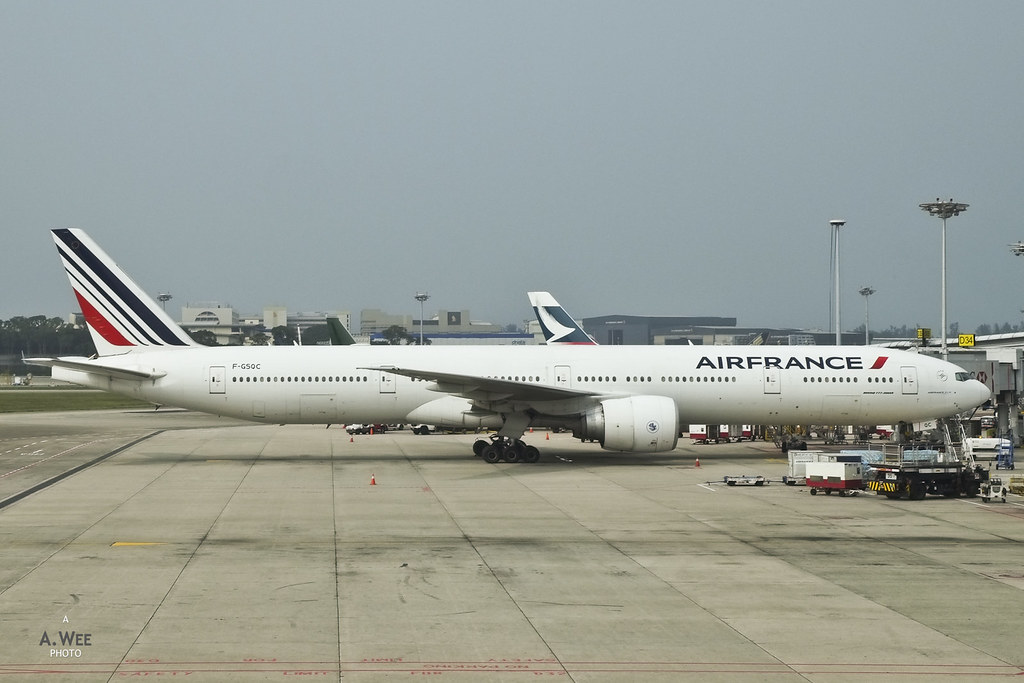 For some reason the flight was not shown on the TV screen in the airport and some other passengers taking this flight had to get directions from the porters around the check in area. It turns out the check in is located nearer concourse E, closer to Garuda Indonesia which is a Skyteam partner of Air France.

With an empty check in desk when I arrived, I was immediately served. Since I had conducted online check-in and had no luggage to deposit, I got my boarding pass easily and the agent also includes an immigration form for Singapore. It was probably one of the shortest check-in experience of my life. 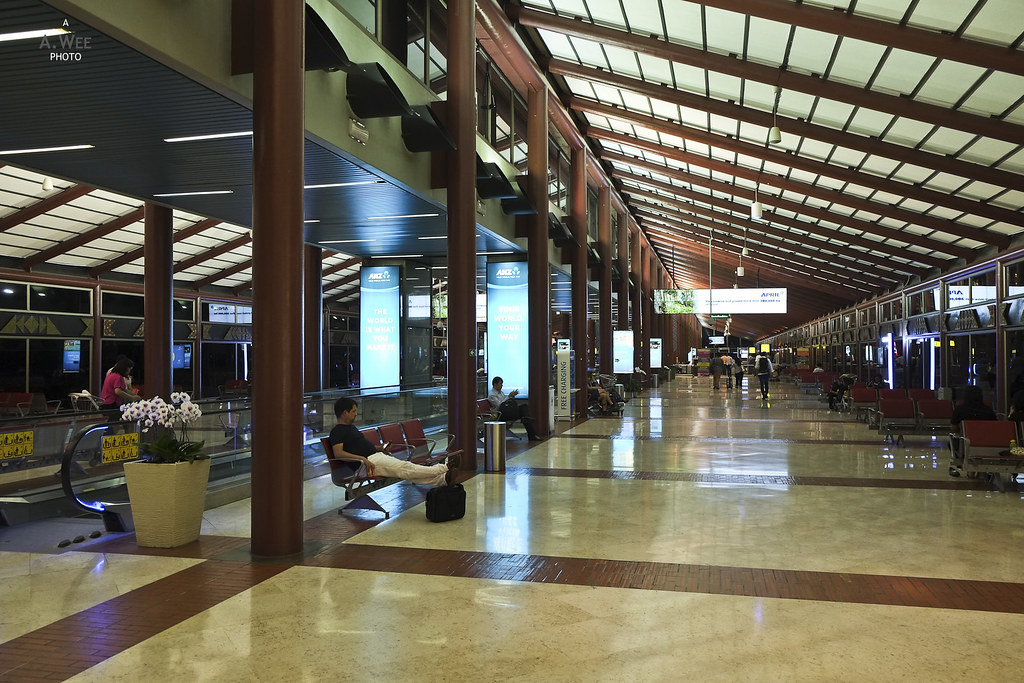 Once I passed through immigration, I got myself a complimentary meal set using the bank credit card at Old Town Cafe. Had a nice dinner before I proceed to the boarding gates. Security screening had a few people in the queue though nothing that would delay me. 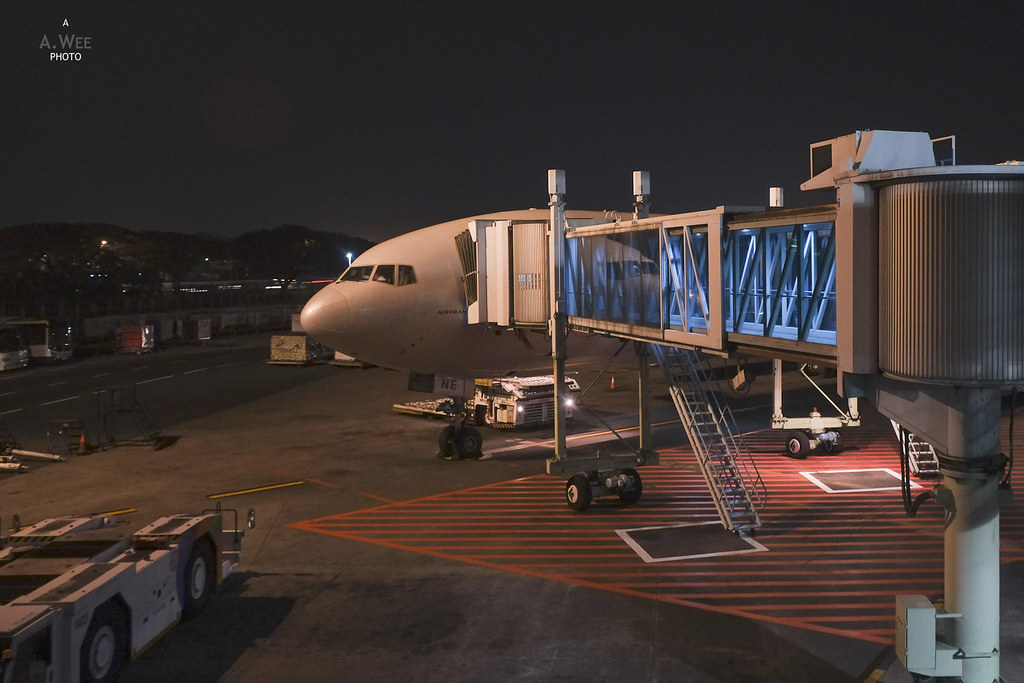 Boarding has already started when I reached the gate, as it appears to be a very orderly process handled by the ground crew. Economy class passengers board through the front so they get a glimpse of the reverse herringbone seats onboard Air France's 777-300ER. For the record let it be said that not all of Air France's 777 are fitted with these seats yet, but the cabin is definitely very tastefully done up. 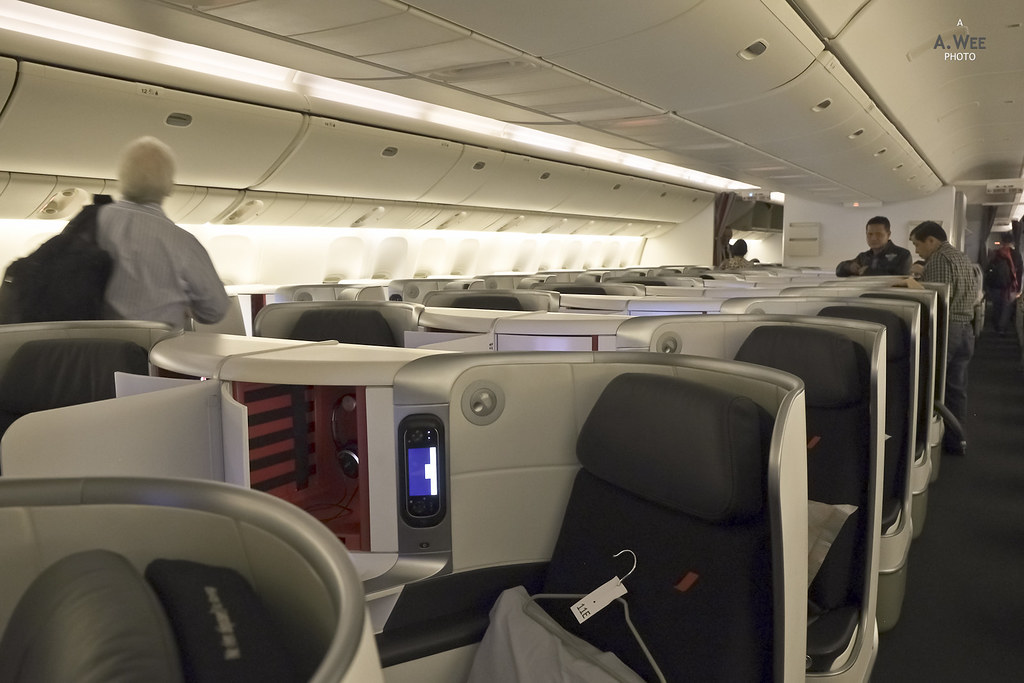 Next comes the Premium Economy cabin which is in a 2-4-2 configuration similar to Cathay Pacific. These seats have a hard shell fixed back which means when the front passenger recline, it would not intrude on your space. Instead the recline mechanism is via the seat cushion extending forward. 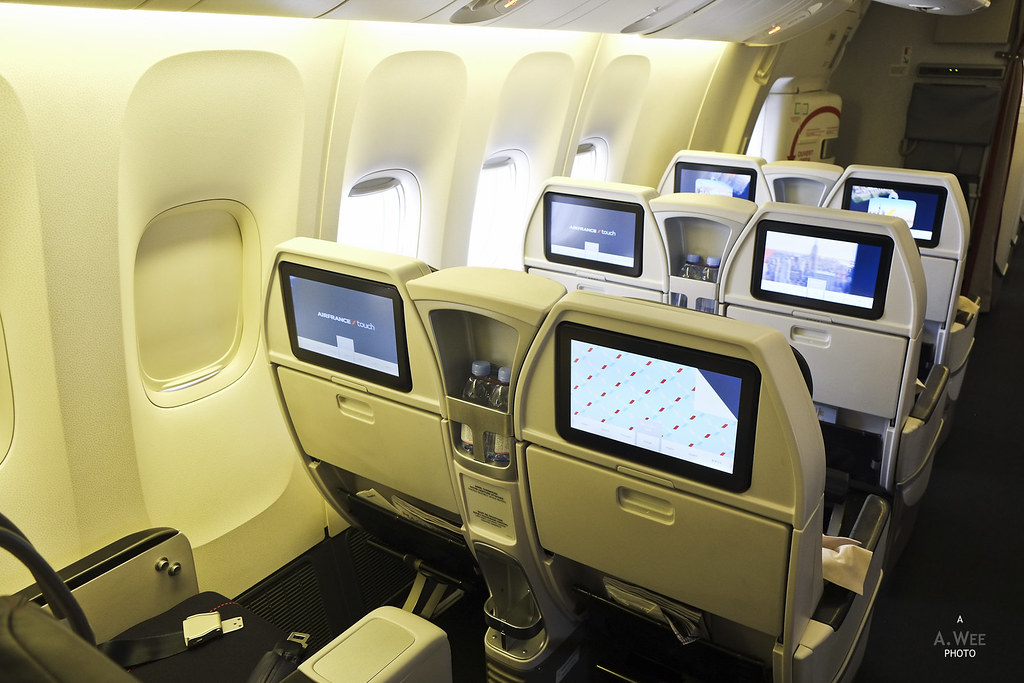 Economy comprises the rear of the cabin and again it was also nicely furnished since it is a relatively new plane. The seats are configured in a 3-4-3 configuration though, which is a high density setup. The premium airlines like Singapore Airlines and Cathay Pacific has a 3-3-3 configuration in economy making the seat narrower than what I am used to. 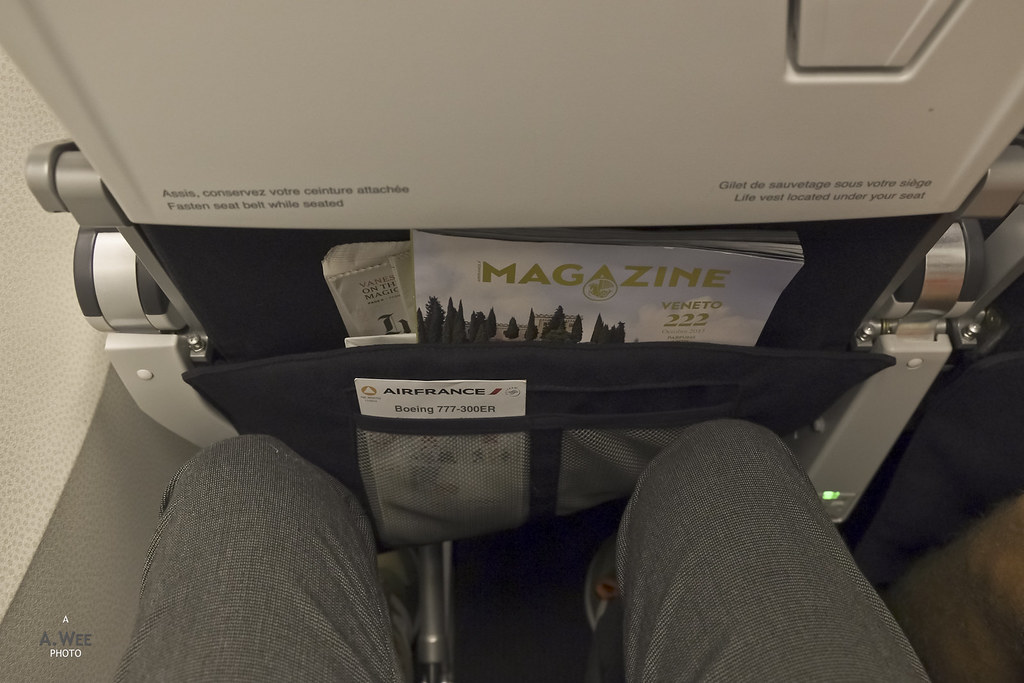 Legroom on the economy cabin is also quite restrictive which can be uncomfortable for long haul flights. On these short one hour odd flights, they are alright I guess. 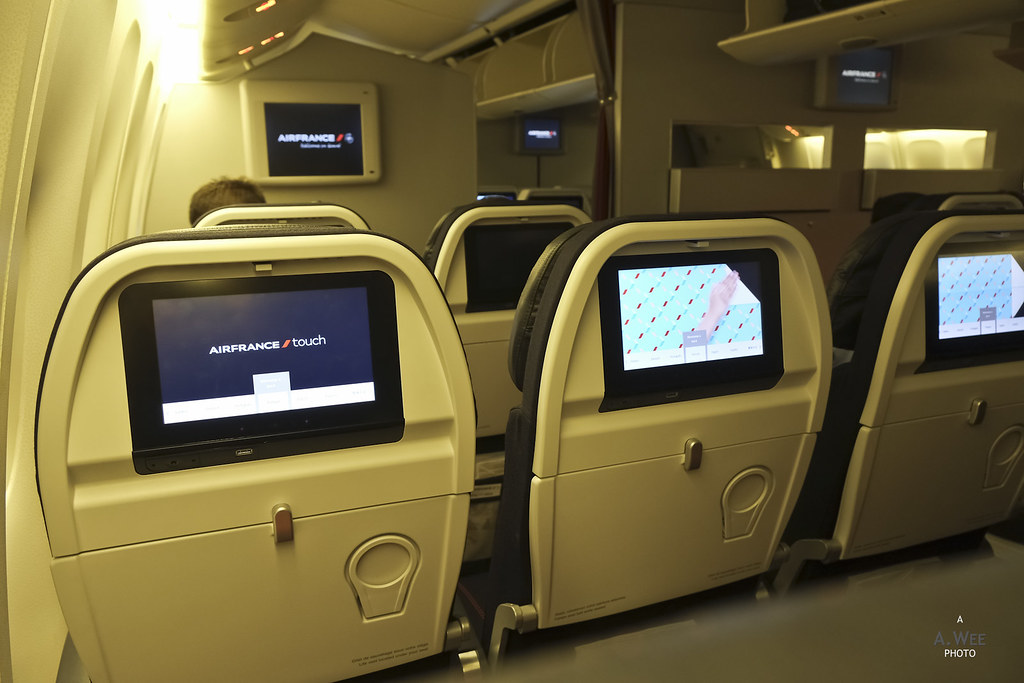 Aside from the dire legroom, Air France provides a small kit of sorts for passengers, containing a headset, eye mask and a refreshing towel. 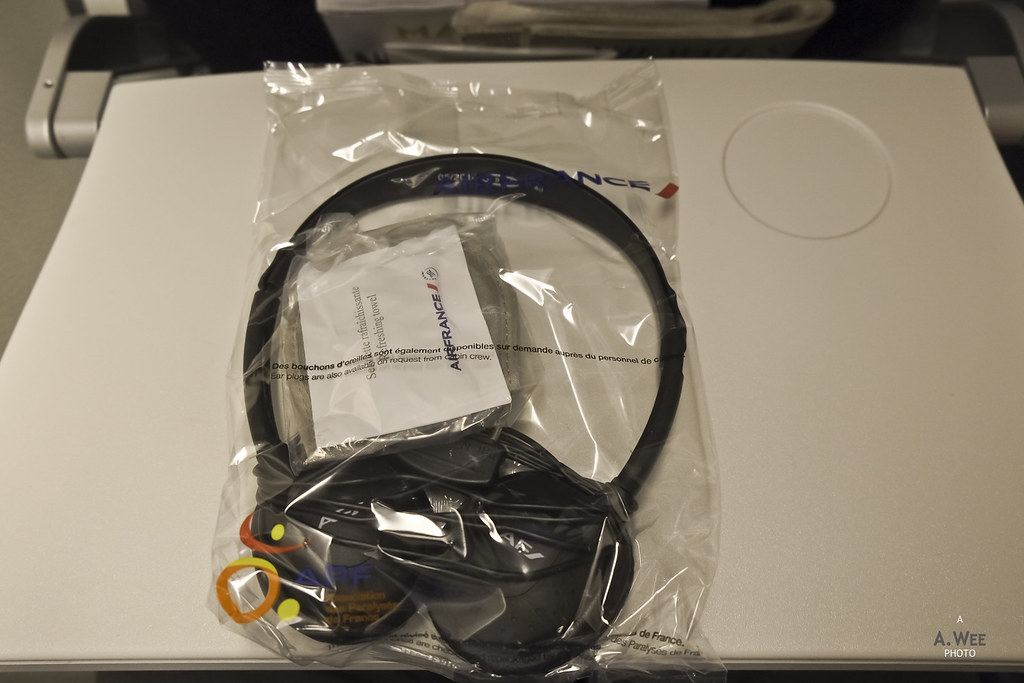 Another positive comment also goes to the nice touch screen monitor onboard these long haul planes that are switched on even when on the ground. This incentivizes early boarding so passengers can get occupied by starting a movie while on the ground. Below these monitors, there are also USB charging ports, another good amenity to have for a long haul flight. 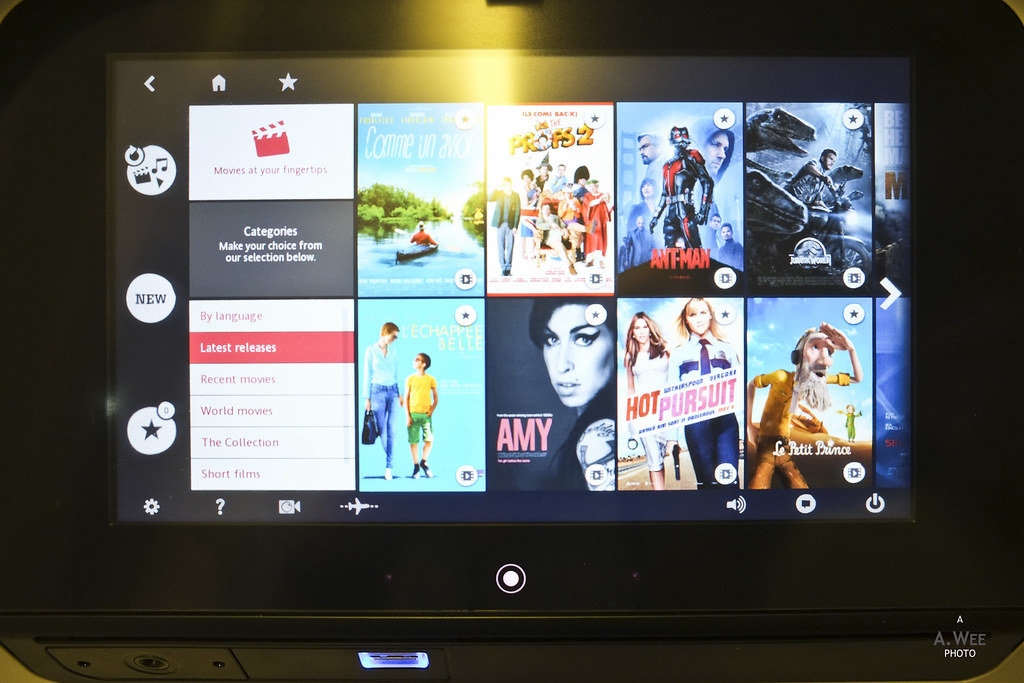 Boarding a 777 takes some time though even if the flight is not that full. Thus there was some time for passengers to spare until pullback when they started to show the safety video. I remember how much I liked the video the first time I saw it, and after taking this 5th freedom flights numerous times, I still do not find it boring. The video was enjoyable in its chic-ness and resonates strongly with Air France as a brand! With the safety video being played, it was time to take-off and flying with the 777 is always a stable way to enjoy the experience. 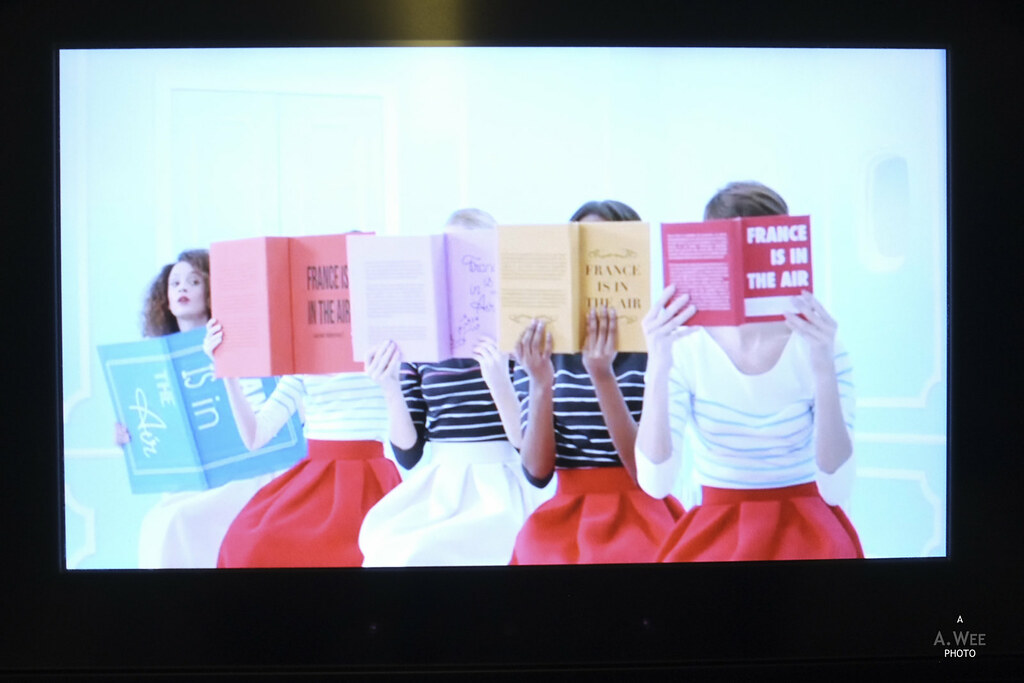 A screengrab from the safety video

Besides the trendy safety video, the design in the cabin extends to the pillow that is provided on every seat. There are numerous designs on the pillow and that enhances the experience for the passenger as it reduces the monotone of the airplane cabin by adding a splash of colour. 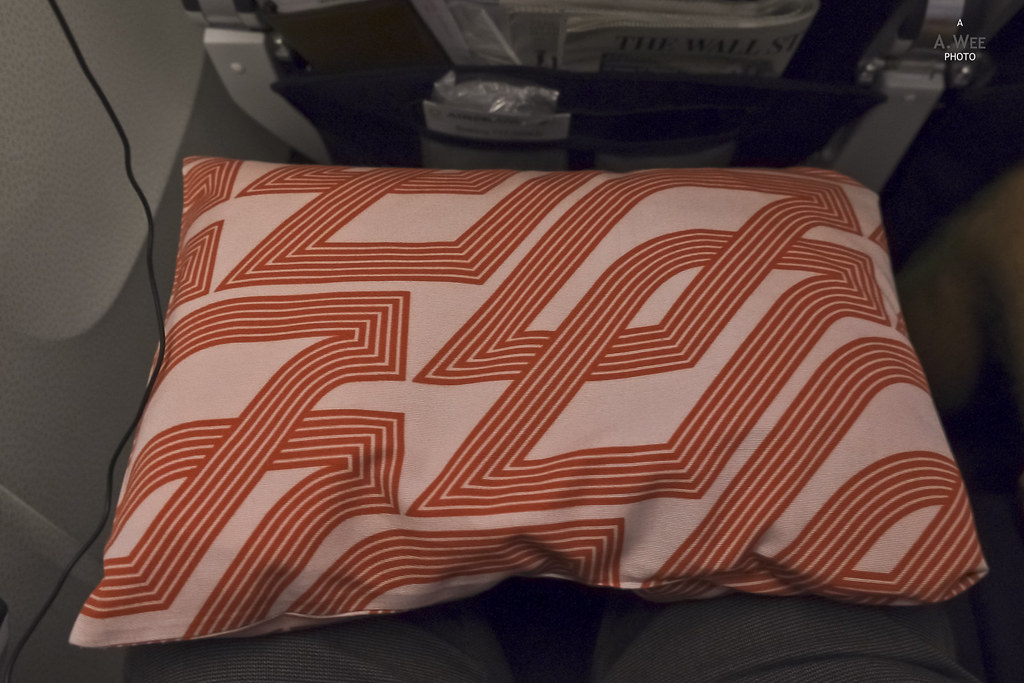 Design on the pillows

Upon reaching cruising altitude, the crew got into action as they do serve a light snack for this less than 2 hours flight. There was no choice for the snack unlike Garuda Indonesia or Singapore Airlines that also serves this route. Meal service was a roast duck salad with greens. A portion of Camembert cheese was supplied along with a hard bread and an apricot cake. The salad and the cake was surprisingly good, though the bread being tough was borderline inedible. While the portion is quite small, it was actually adequate for the short flight, as long as one does not expect a full meal. 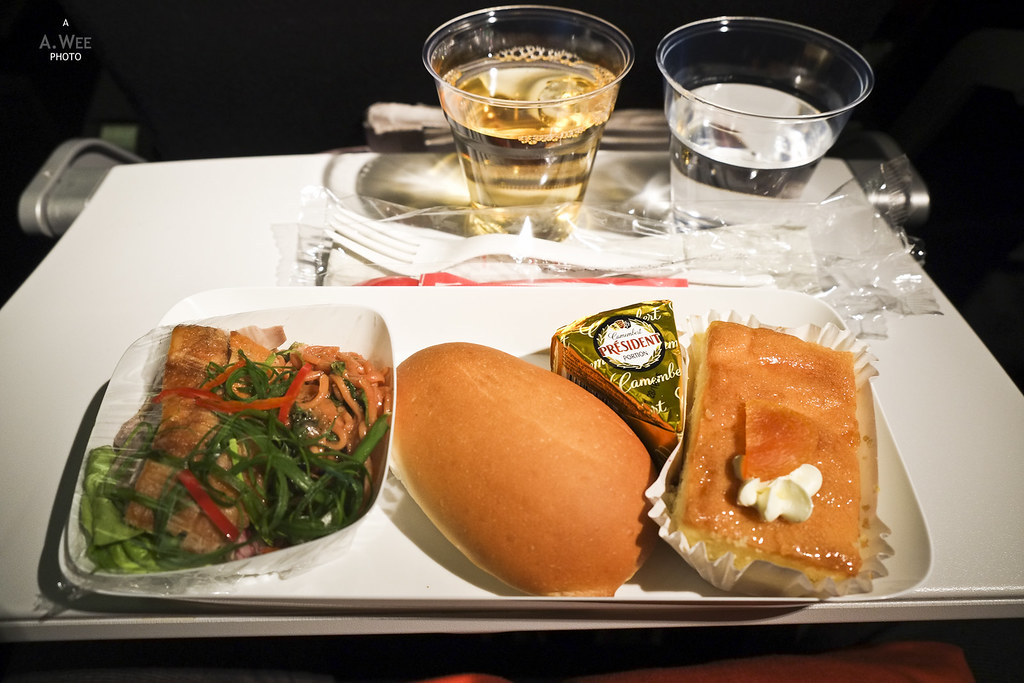 As the crew returned to collect the finished meal trays, I was able to ask for beverage refills and even during the meal service, it was no trouble to ask for a cup of water in addition to a juice. Being a French airline, they serve wines along with the snack service even in Economy class and that is a real treat too! 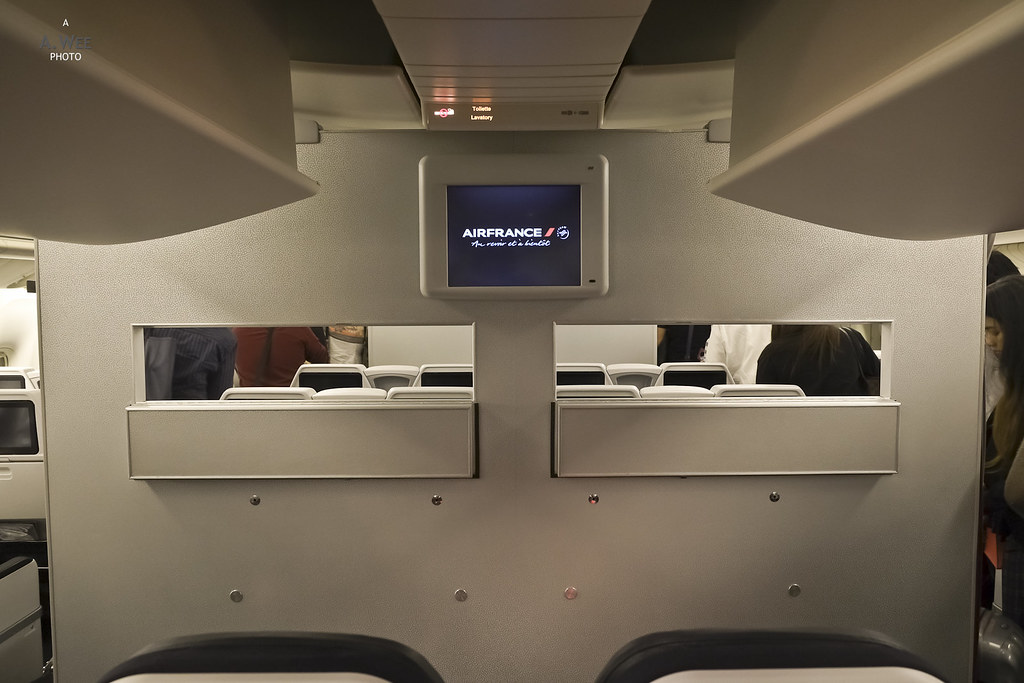 For the first time in years, flying once again with Air France was a pleasant experience. While the crowded Economy class might be a squeeze, it was alright for the short flight. The sense that there was design thought put into the cabin to enhance any sensory pleasure did make this flight interesting. In fact because the fare I paid for the return fare was just $107, the flight made very good value, since I get some Flying Blue miles for it too. 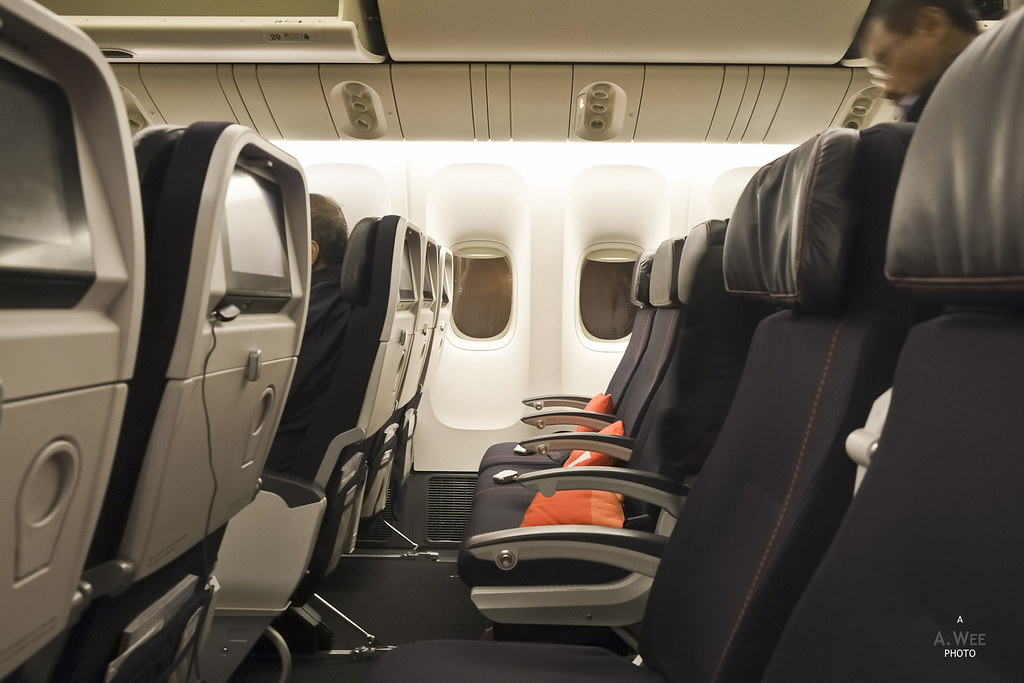 For the return flight, I have posted the report on my blog.