#5 out of 78 Airlines A minimum of 10 flight-reports within the past two years is required to appear in the rankings. 252 reviews

Photo review of my trip from Abu Dhabi to Bombay)

This is part 2 of my trip from JFK to Bombay.
Part 1: JFK to AUH

After a quick shower and lunch in the EY Premium Lounge, I made my way to gate 61, past the usual US pre-clearance gates. Boarding was quick and easy and I made by way to my seat - 10 A - a forward facing true window seat. 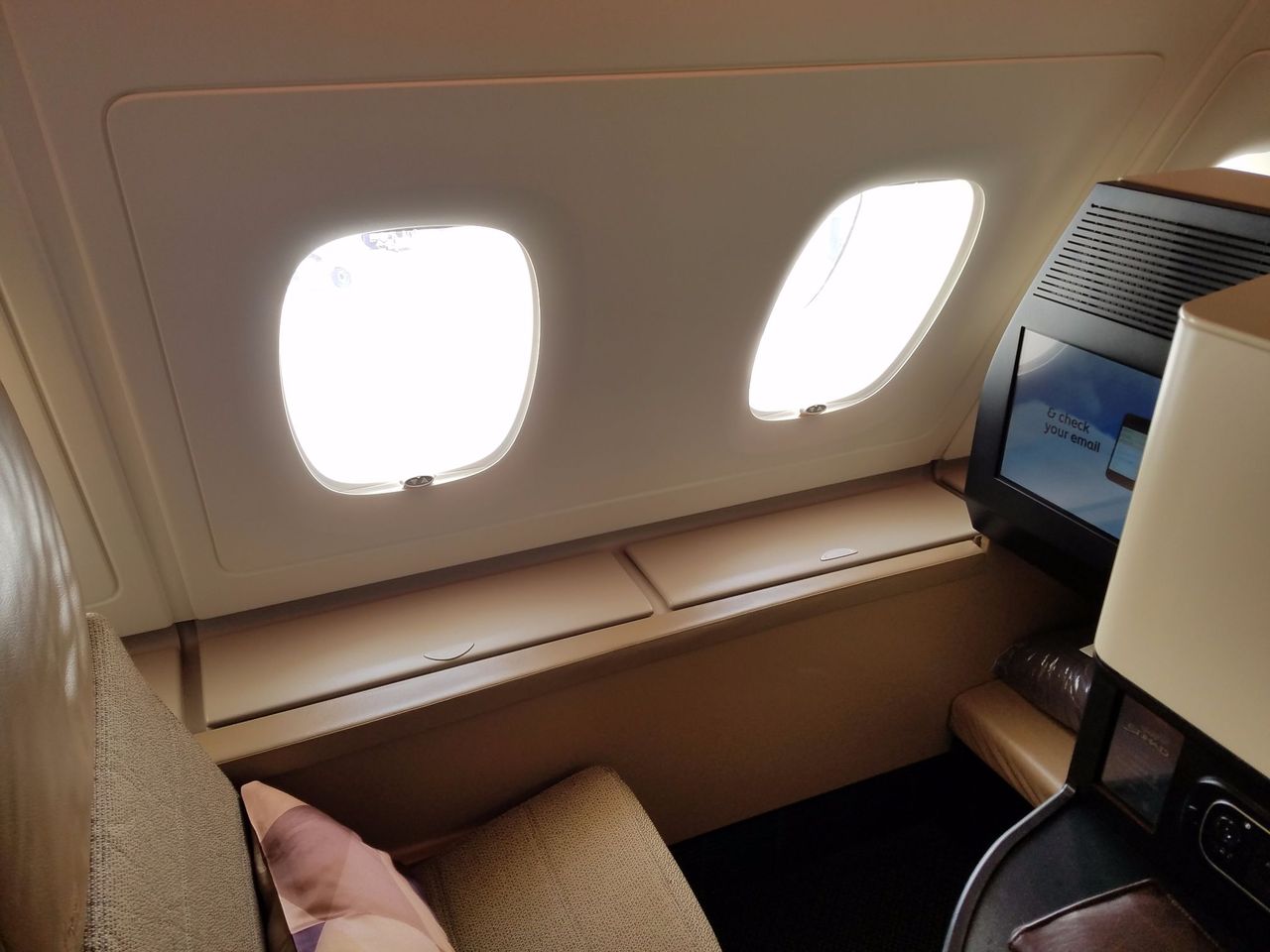 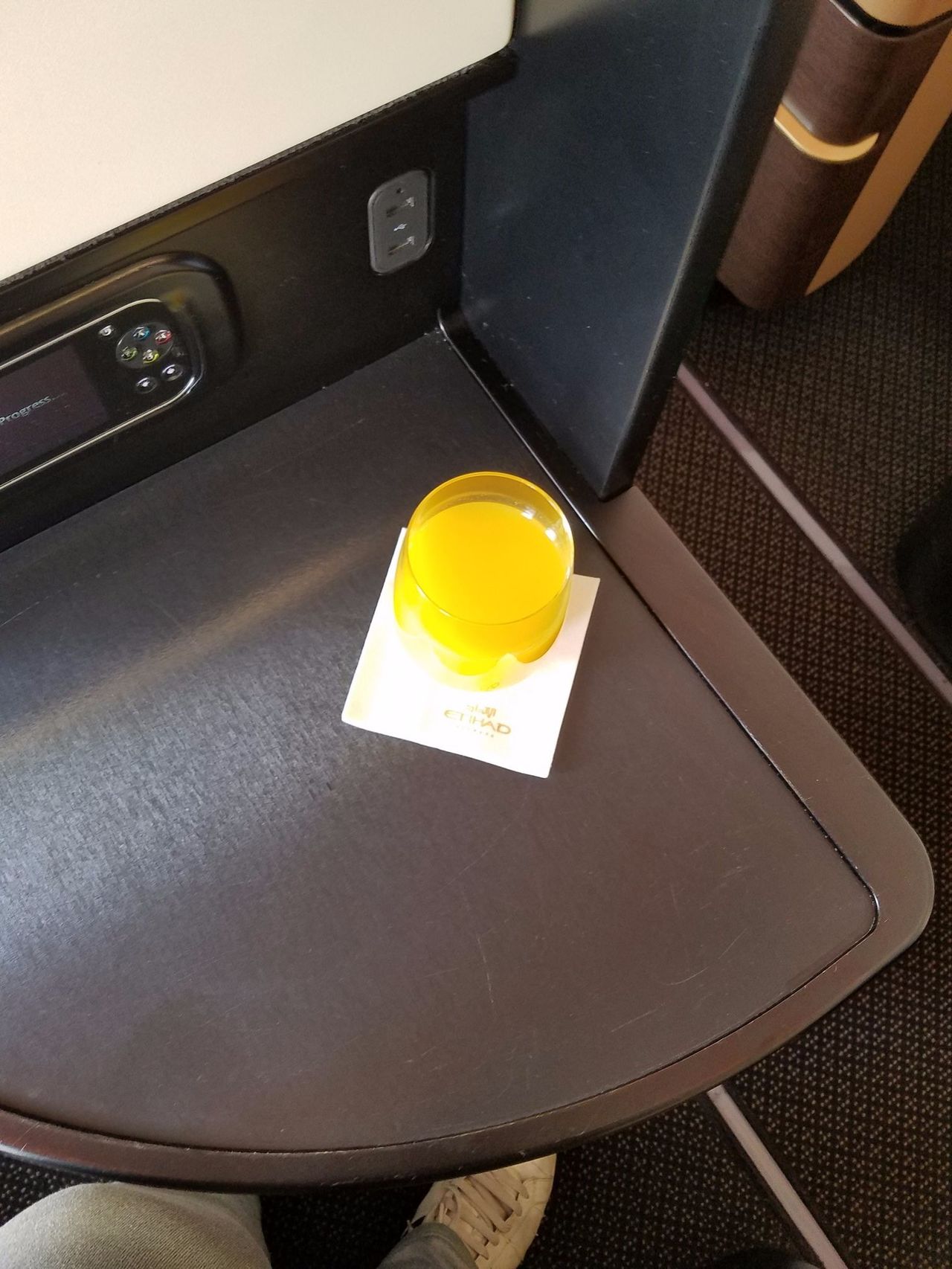 Below are pics of the odd numbered rear facing seats 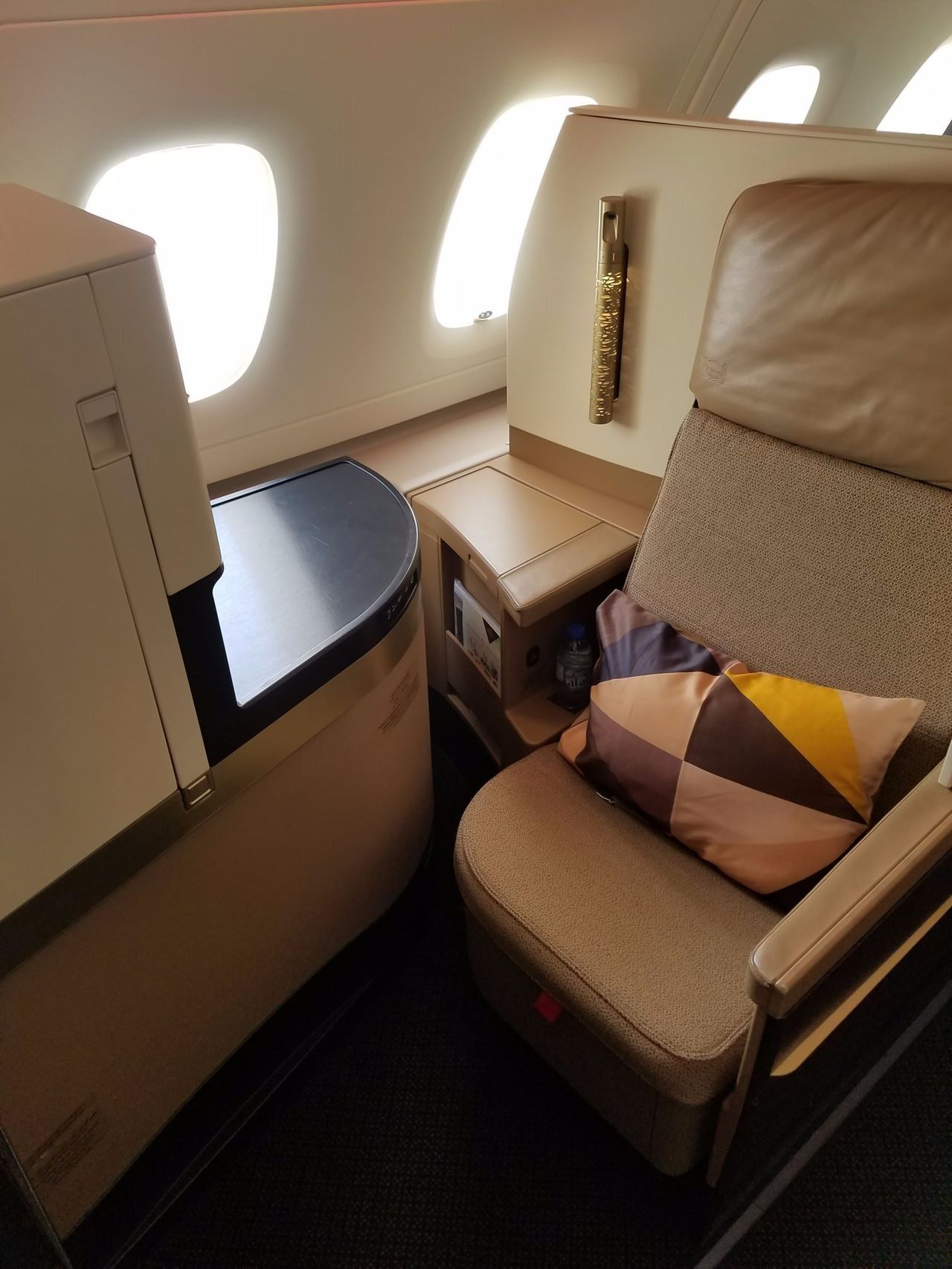 I was surprised to see, the bar had no booze, instead it was filled with bottled water. 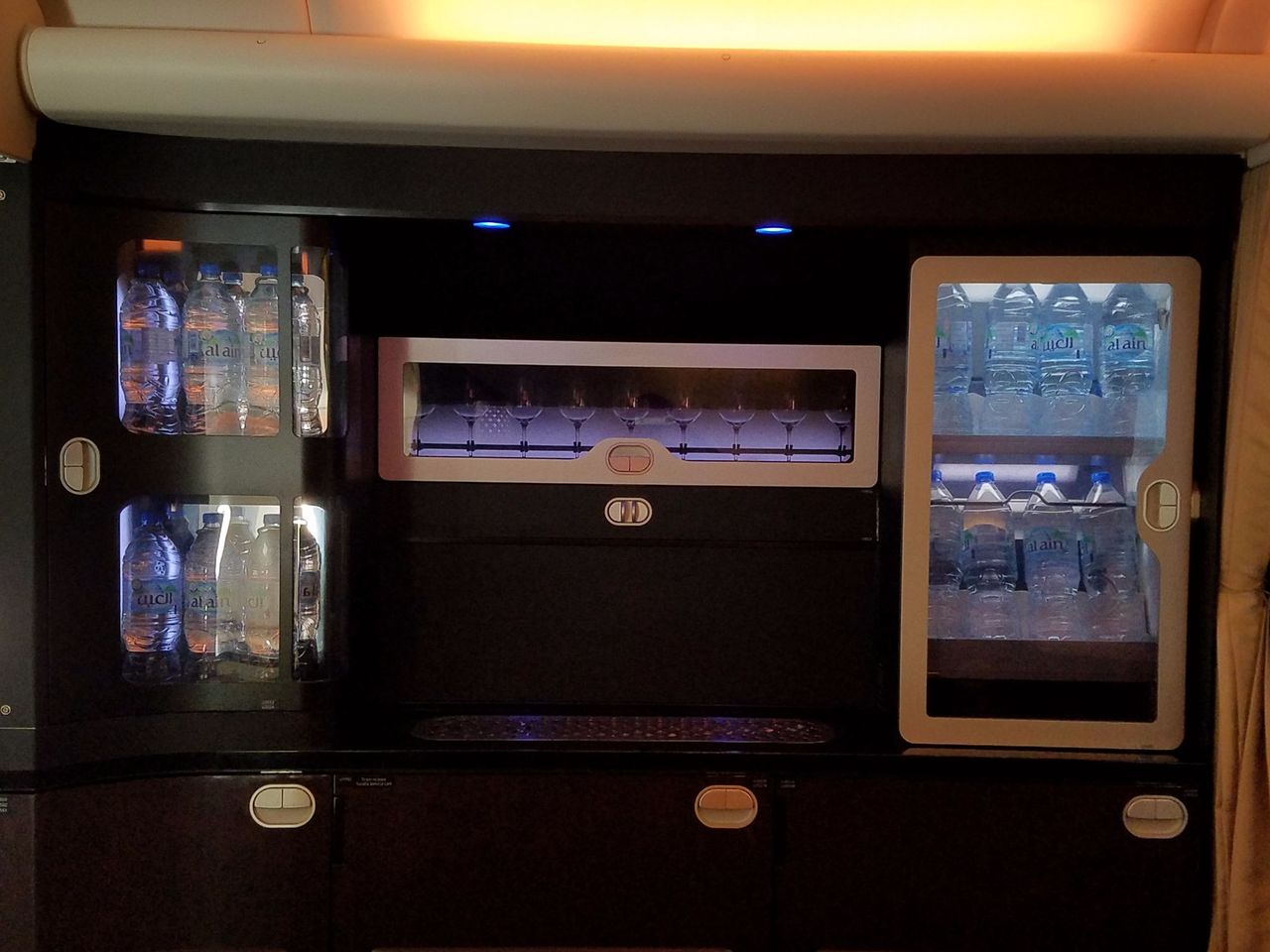 Pre-departure drinks included some fresh juices. On this short hop, no amenity kits are provided. We were surrounded by EY birds on both sides. Its amazing how very few airlines operate out of AUH 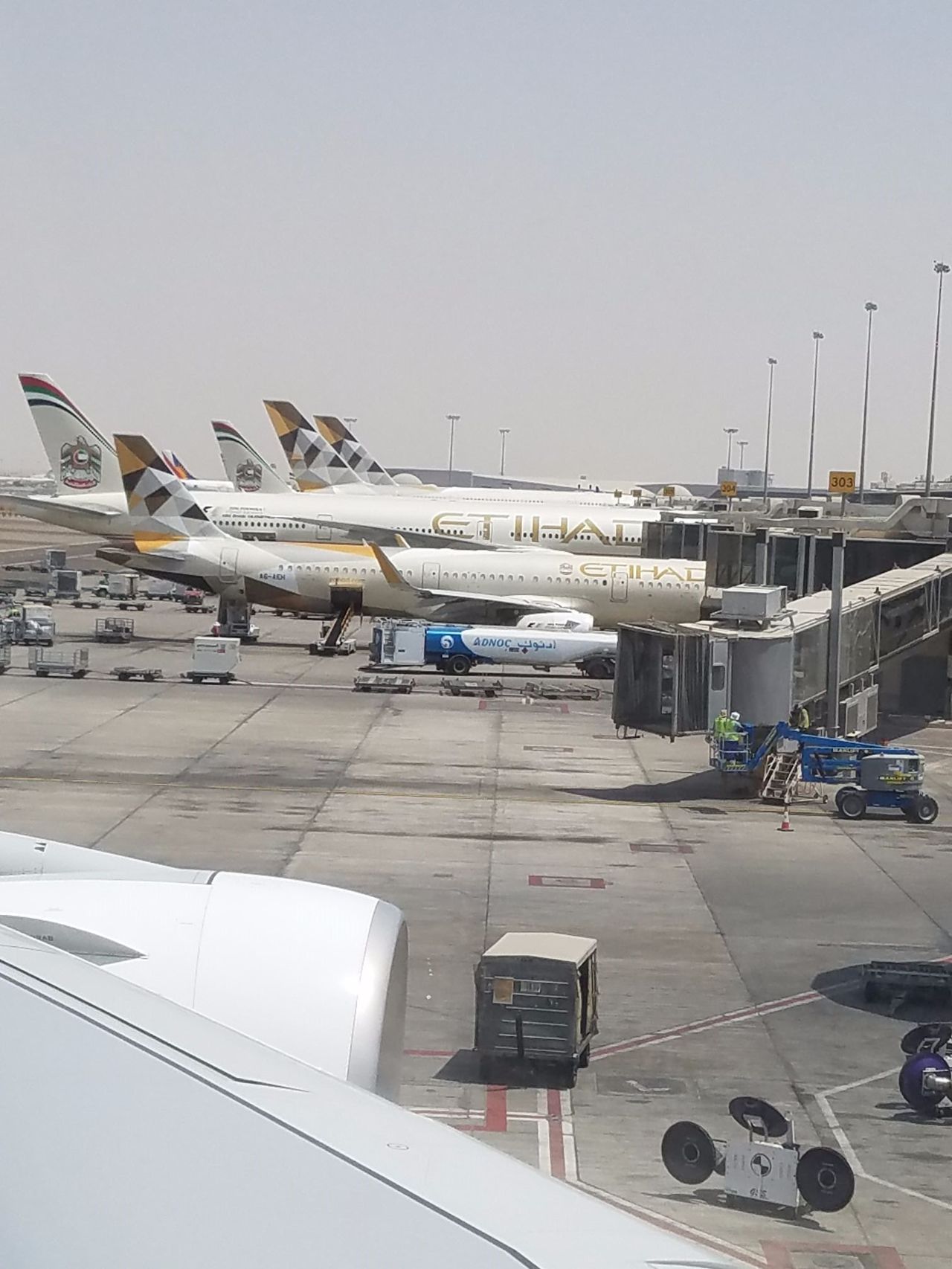 At this point, the captain advised that our flight will be delayed by 20 minutes due to Mumbai ATC request as there would be no gate available when we land. Although BOM has 4 Code F bays which can handle A380's and B747-800's, only one bay(V18) is in operation. V17 has been under maintenance for months and V20 and V21 are being used for domestic operations only as the 'swing' concept of using international and domestic arrival/departure has not been implemented on south east pier.

I took the time to walk around the cabin - Loads were light today in both F and J. 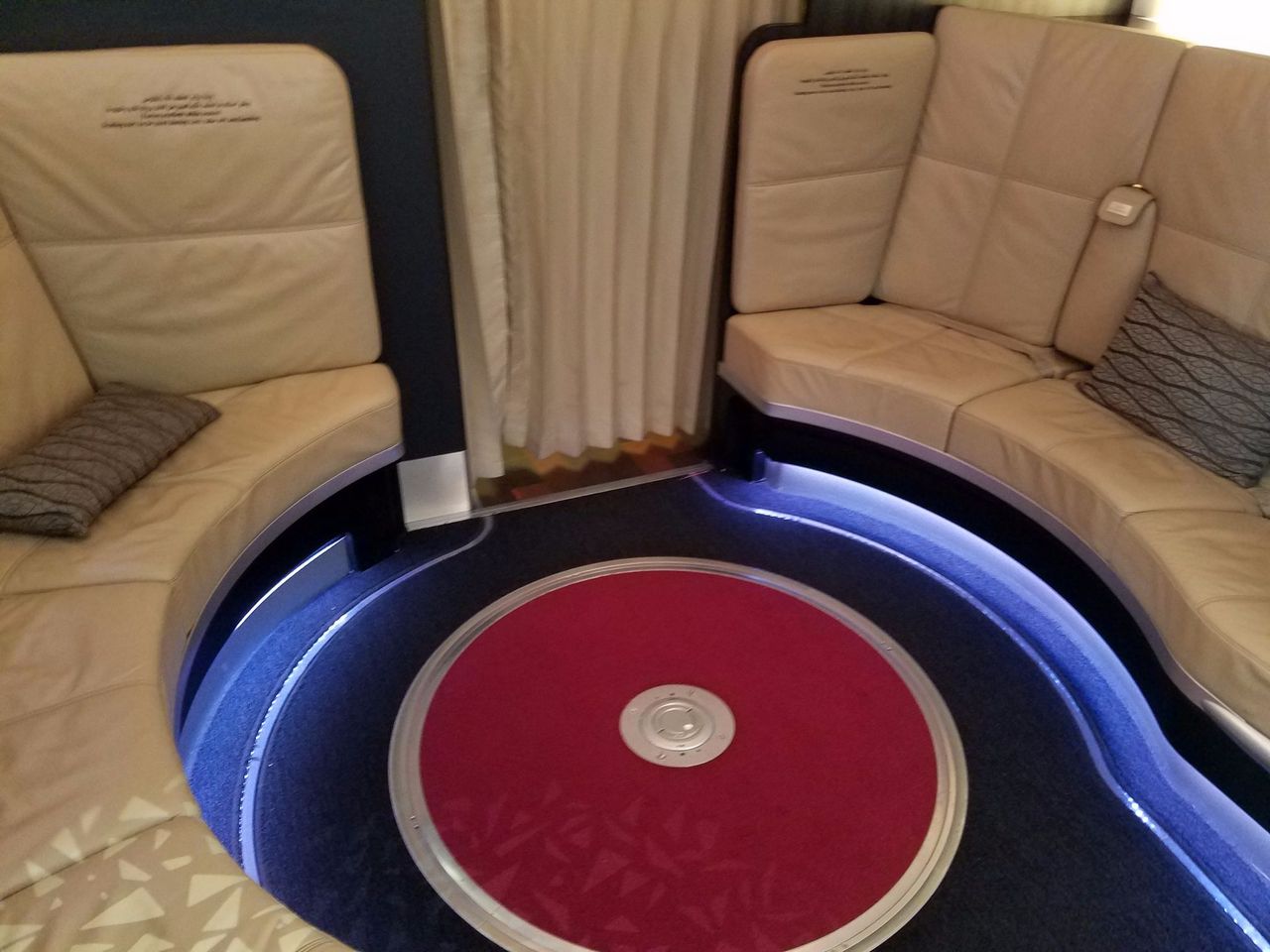 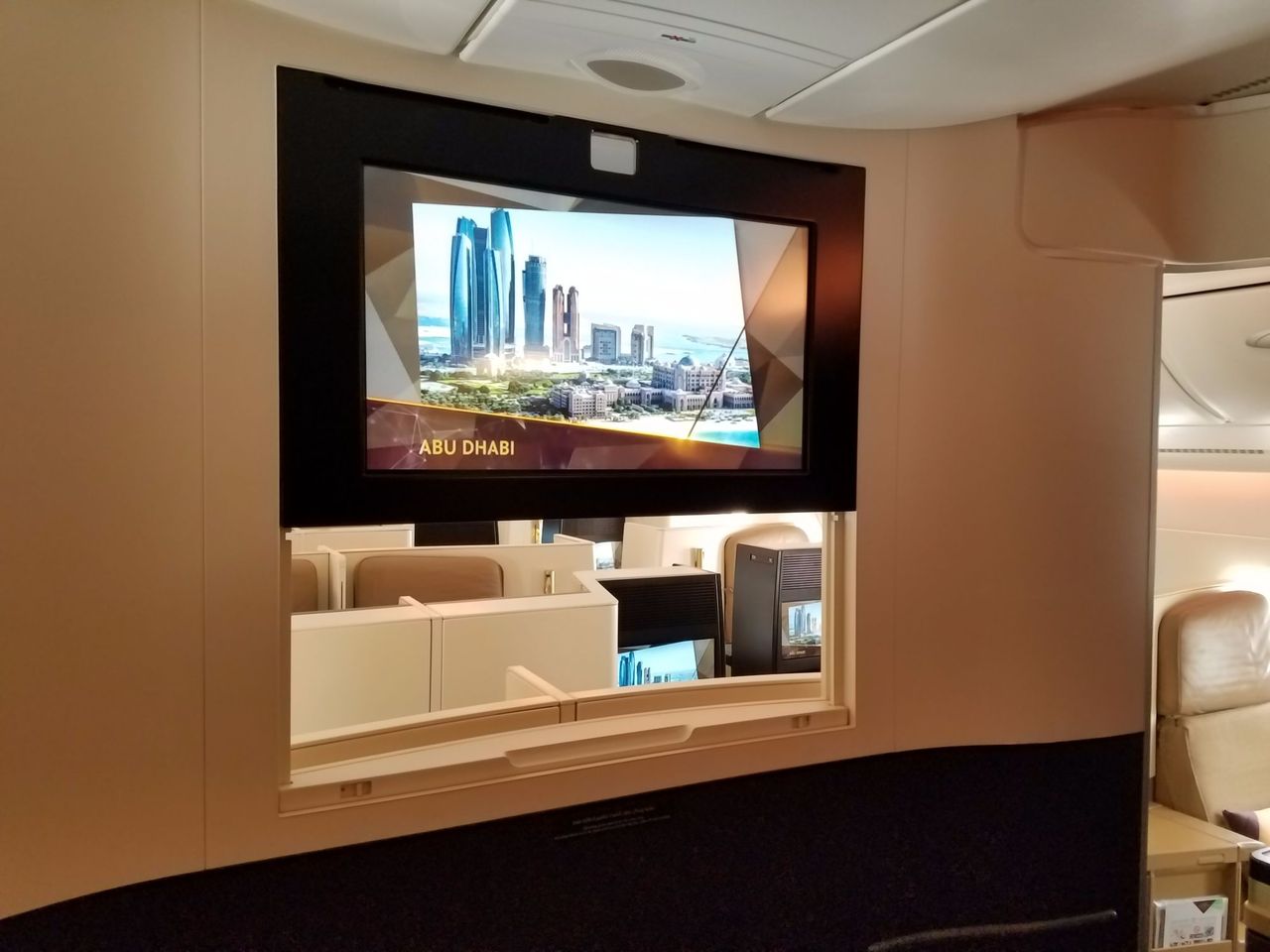 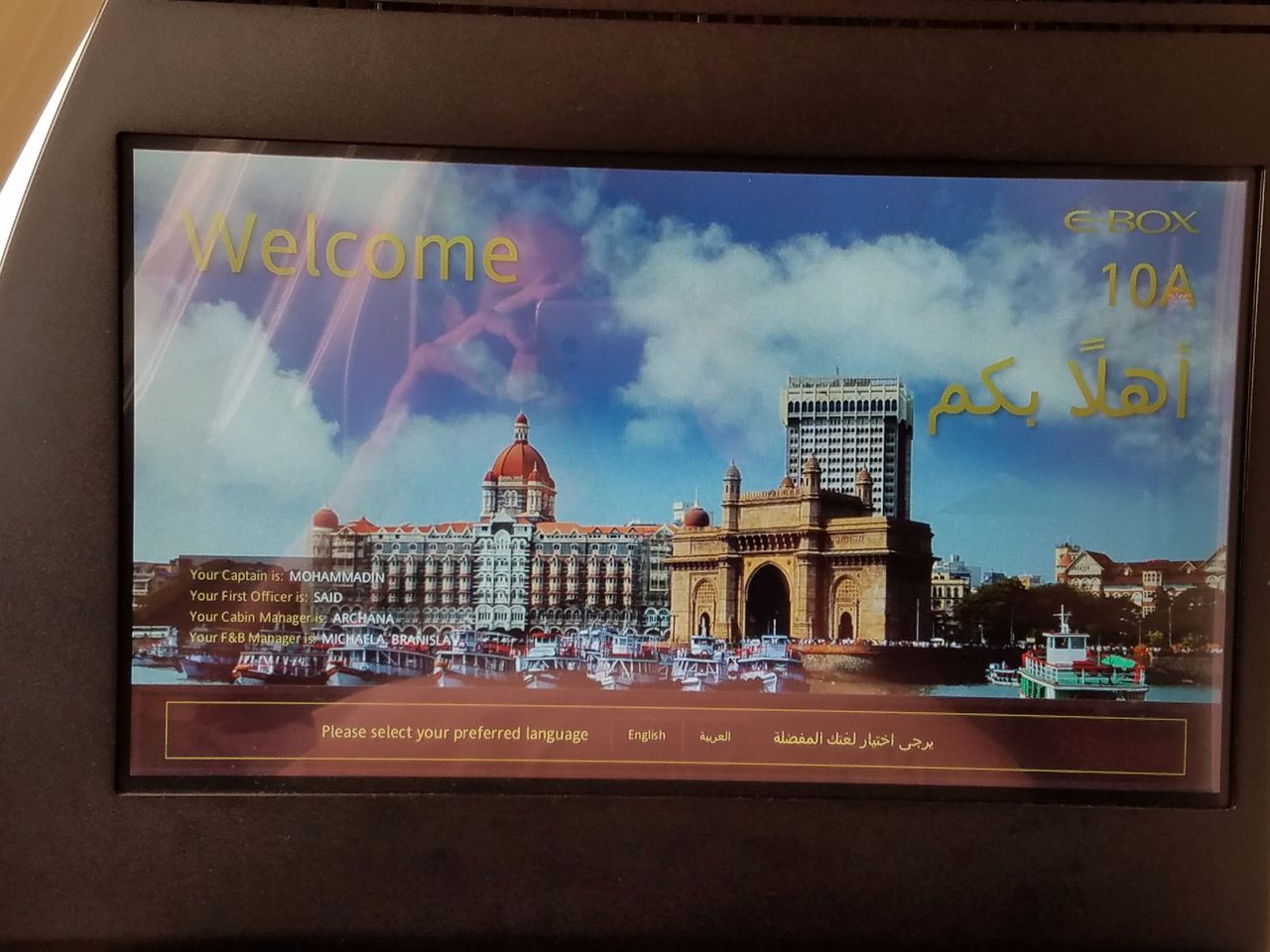 Eventually we made our way to runway 13L, passing the construction site for the desperately needed new terminal in AUH. 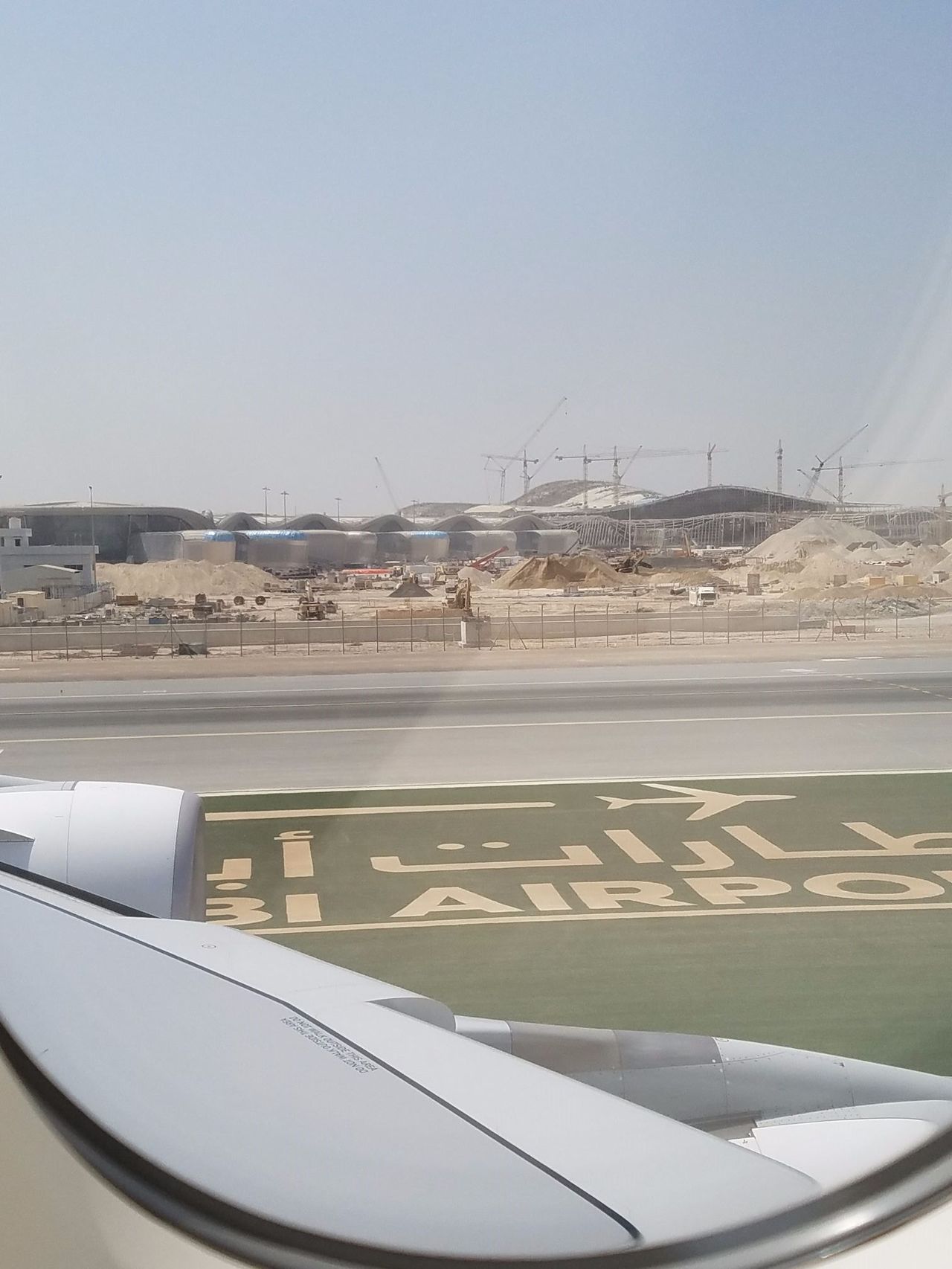 Meals
Menus were available at the seat before boarding. 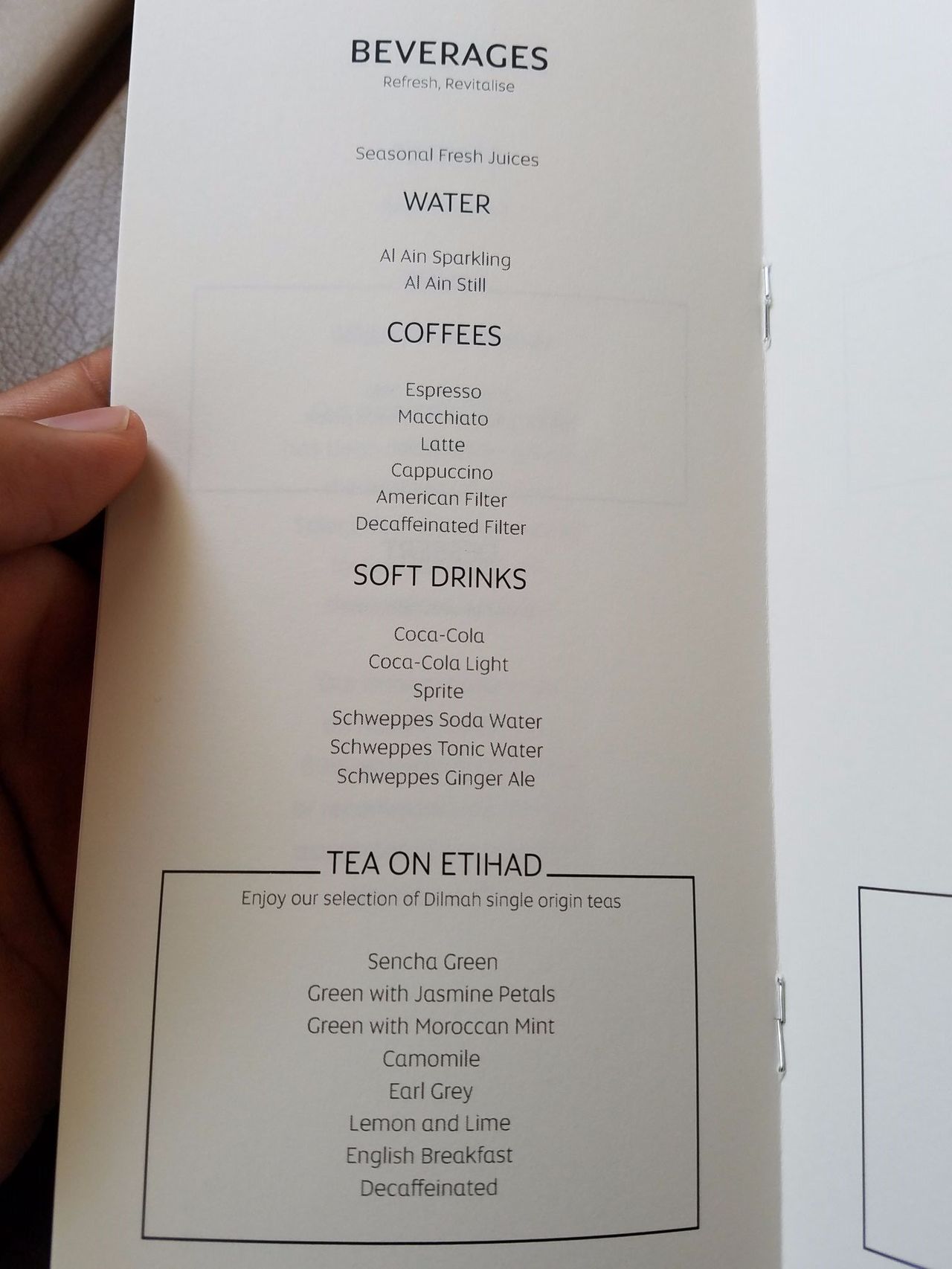 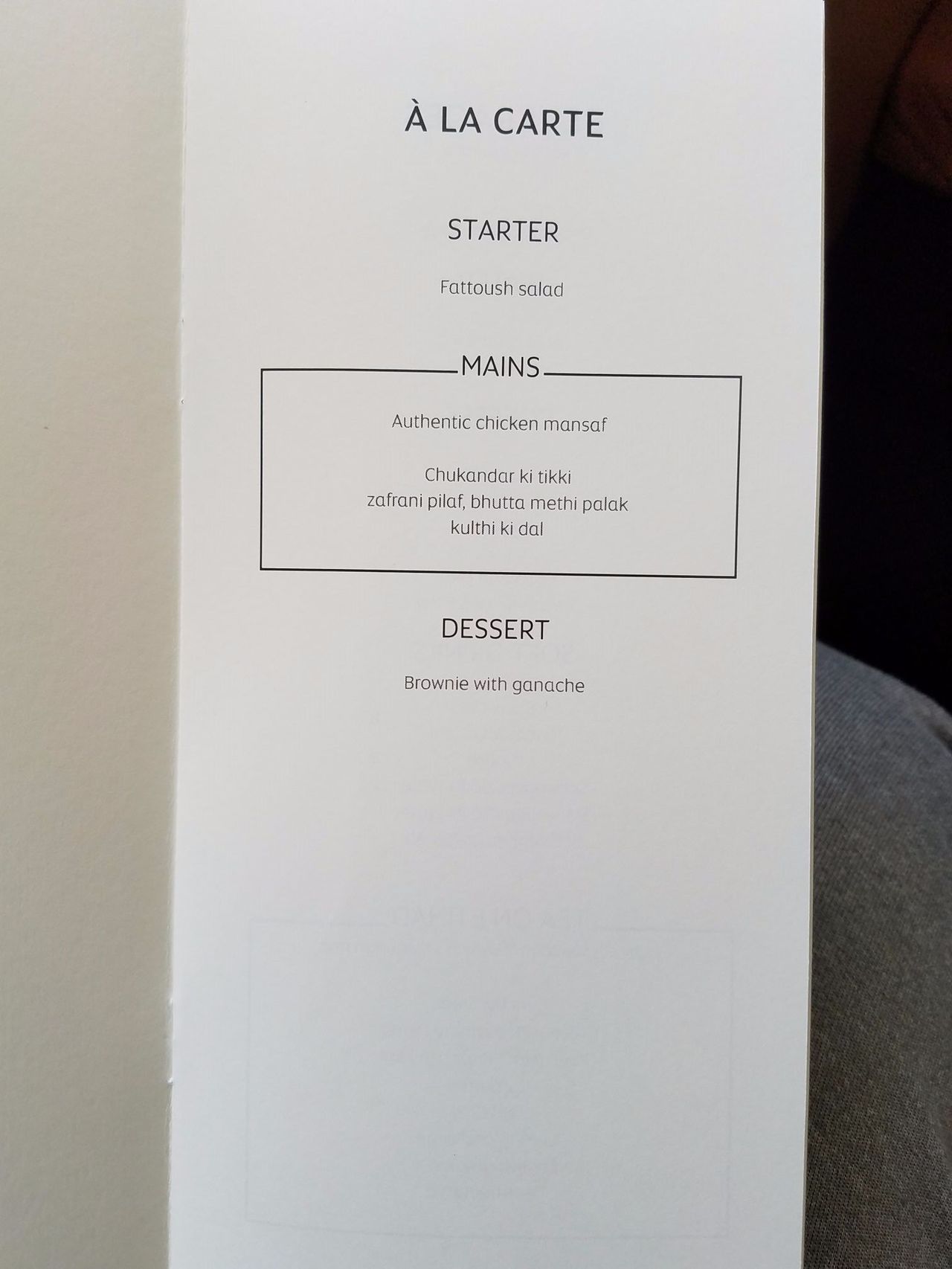 I had pre-ordered an Asian Vegetarian meal. I asked if I could order off the menu and was told no - they had loaded only enough meals.
My entire meal was served at once. I asked for the brownie as dessert but was told that for my special meal, it will be fruits only. 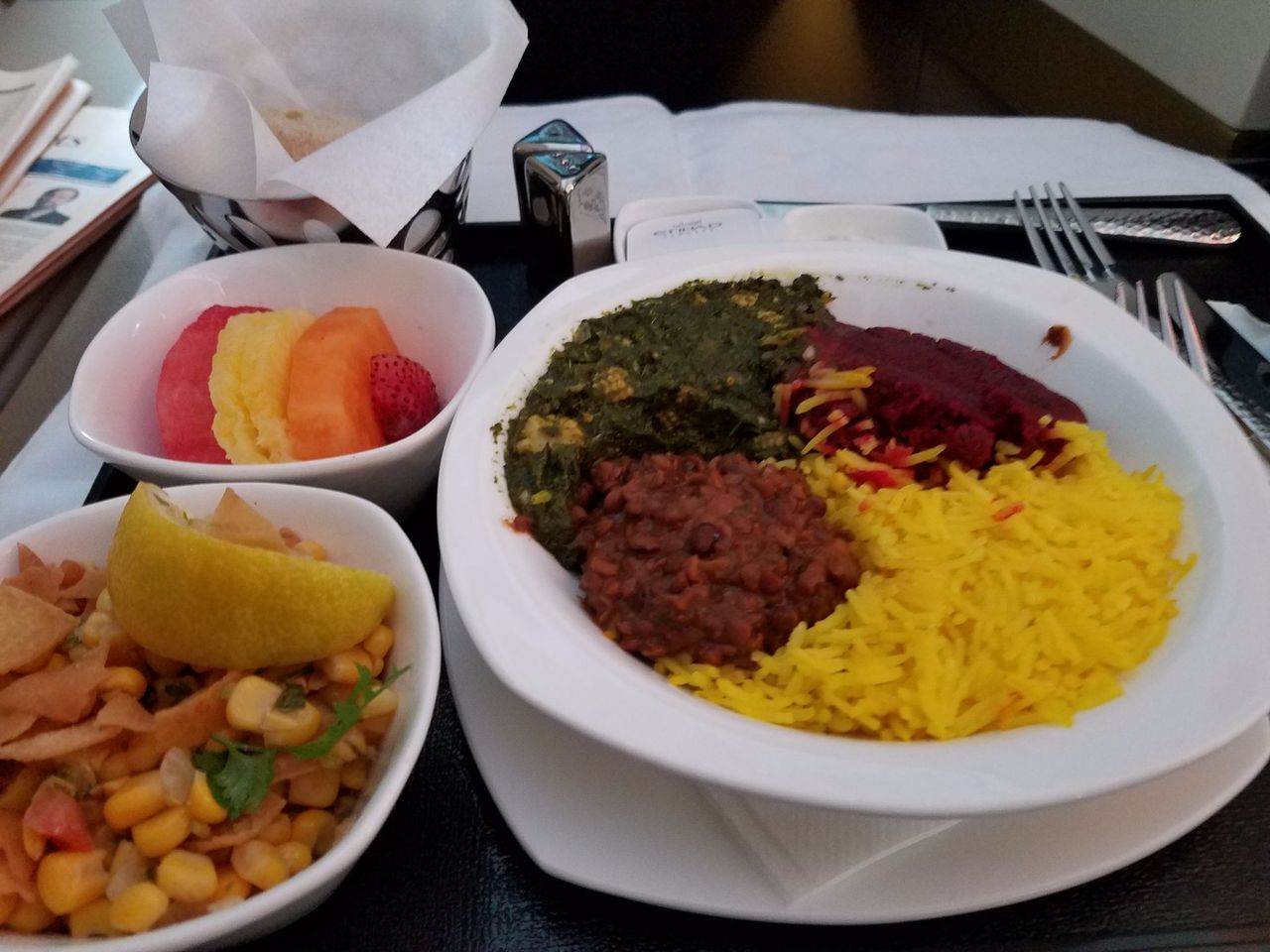 About 40 minutes before landing, I asked for a cup of tea which was served promptly. I had my tea enjoying the sunset views
It was almost time for the markets to open for trading in Wall Street! 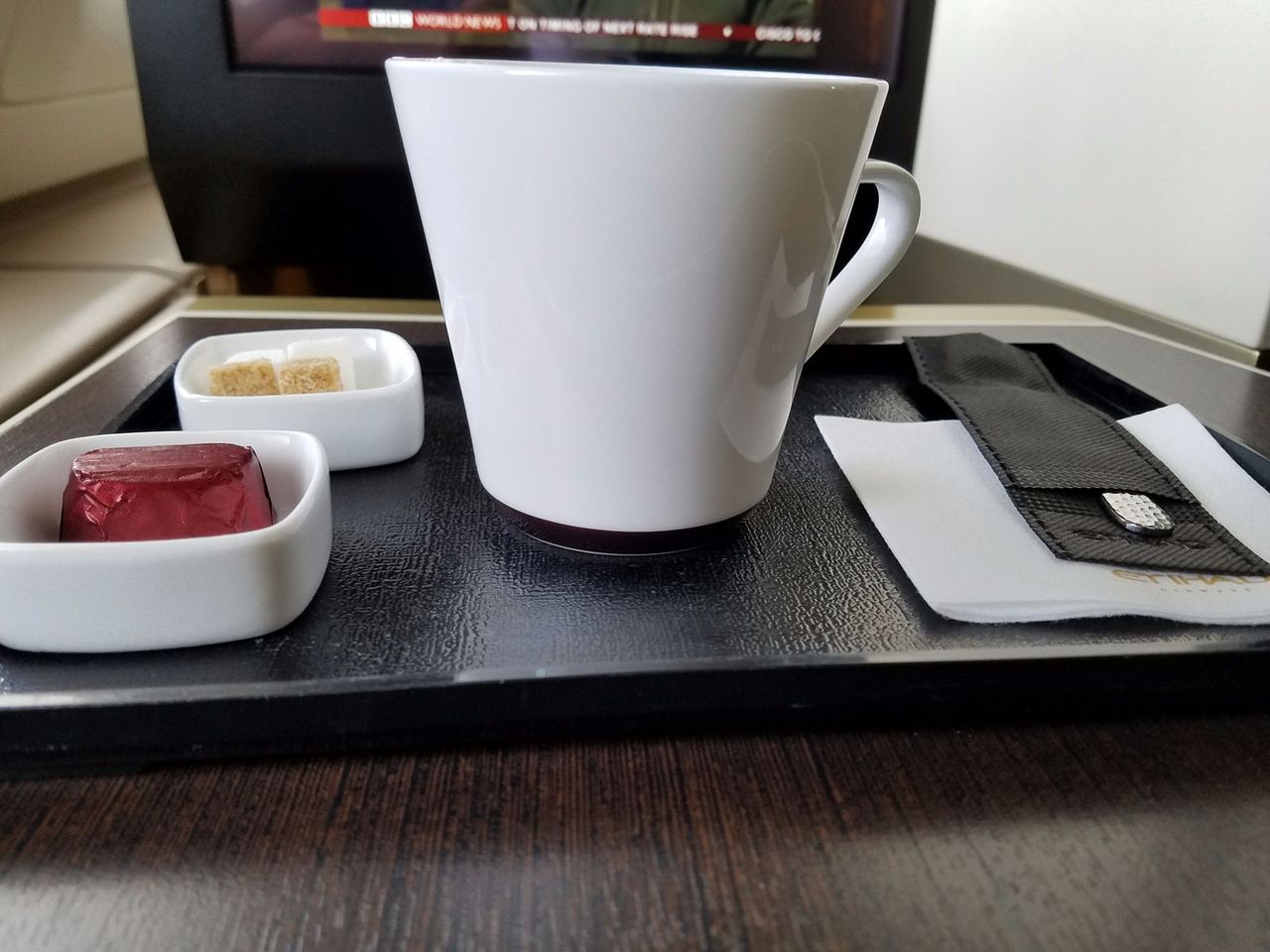 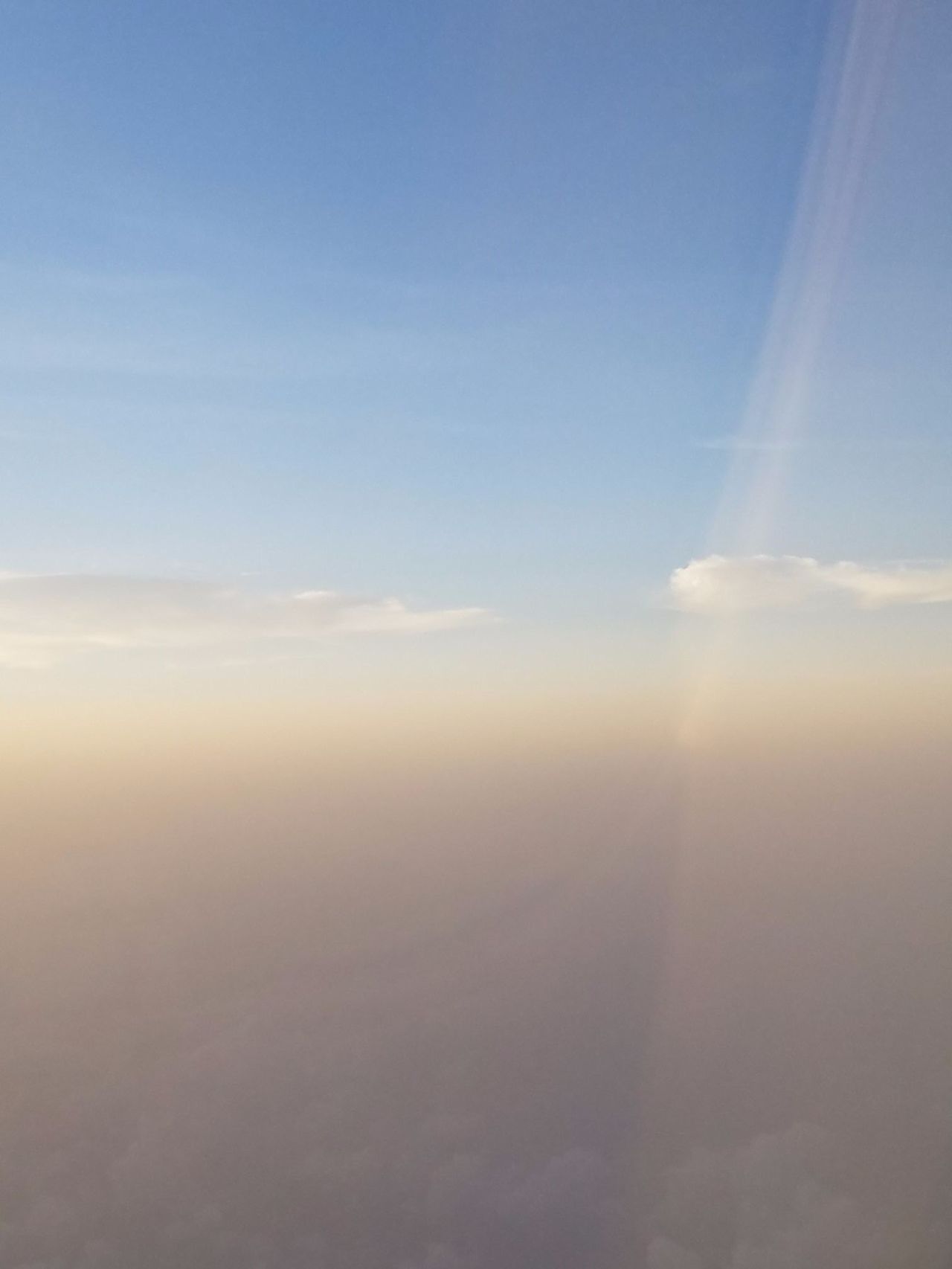 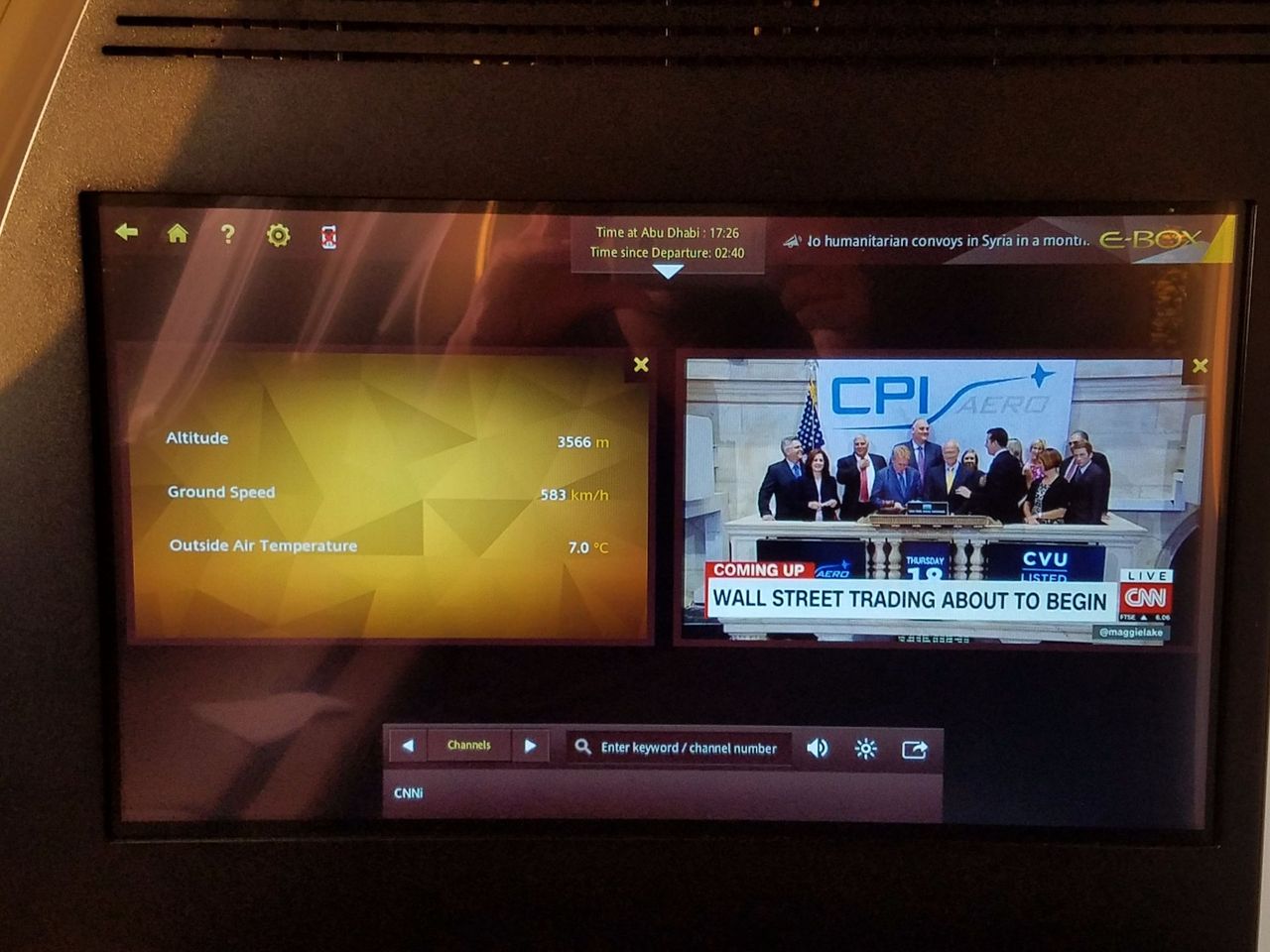 I walked by the lounge and now the booze was back! 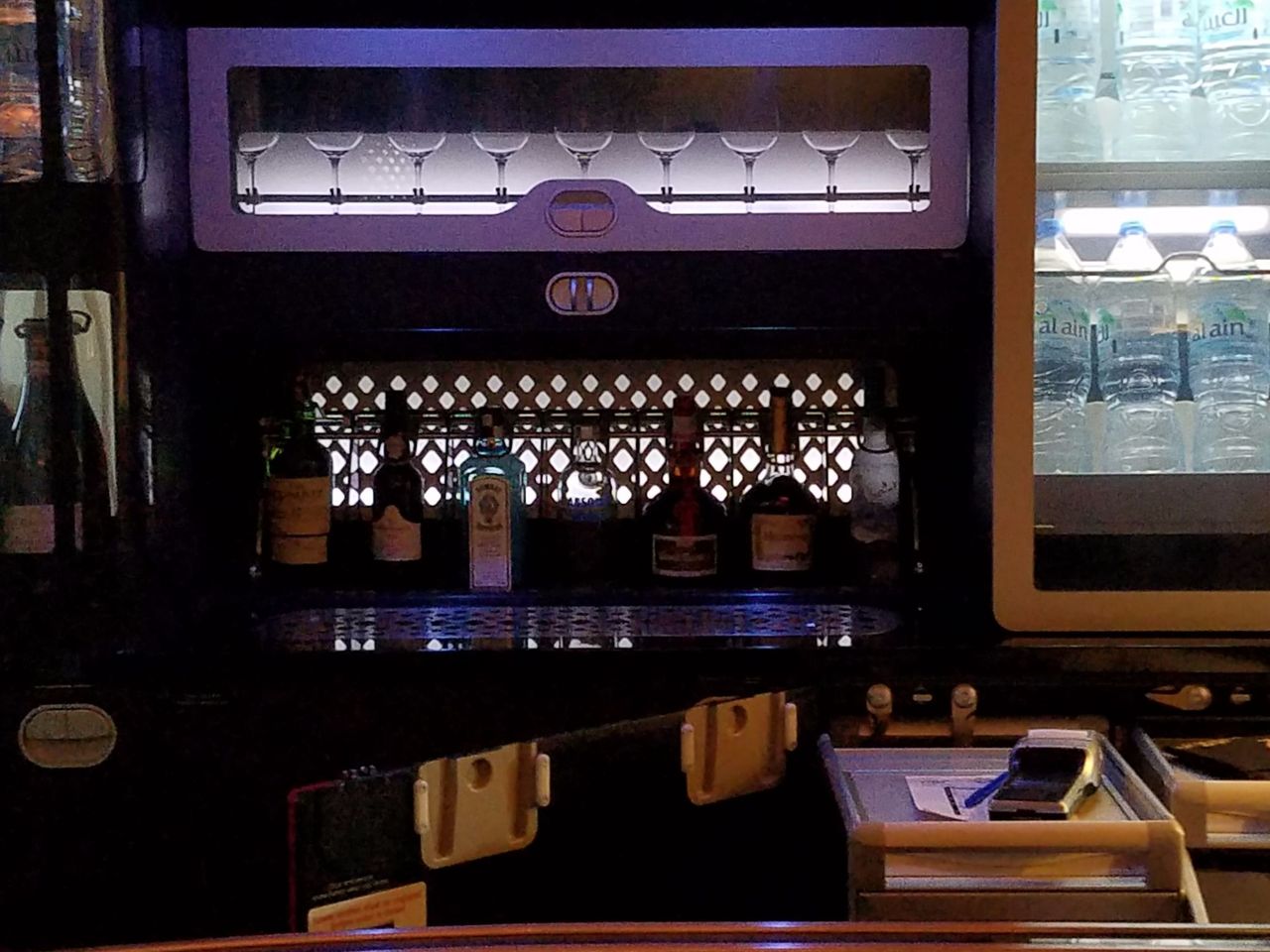 We approached BOM, passing over the New Bombay bridge, the forward camera clearly showing the runway 09-27 for our approach 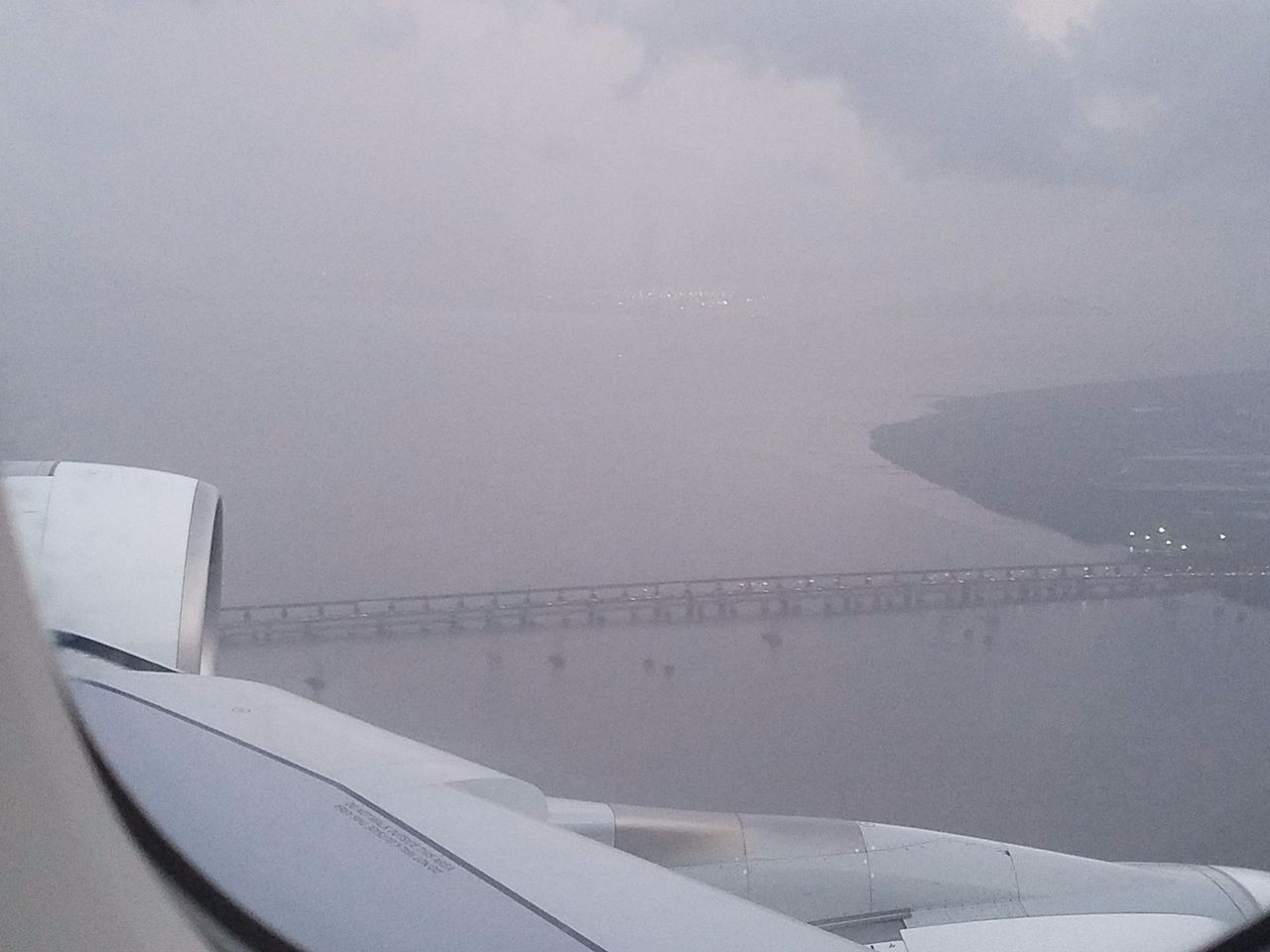 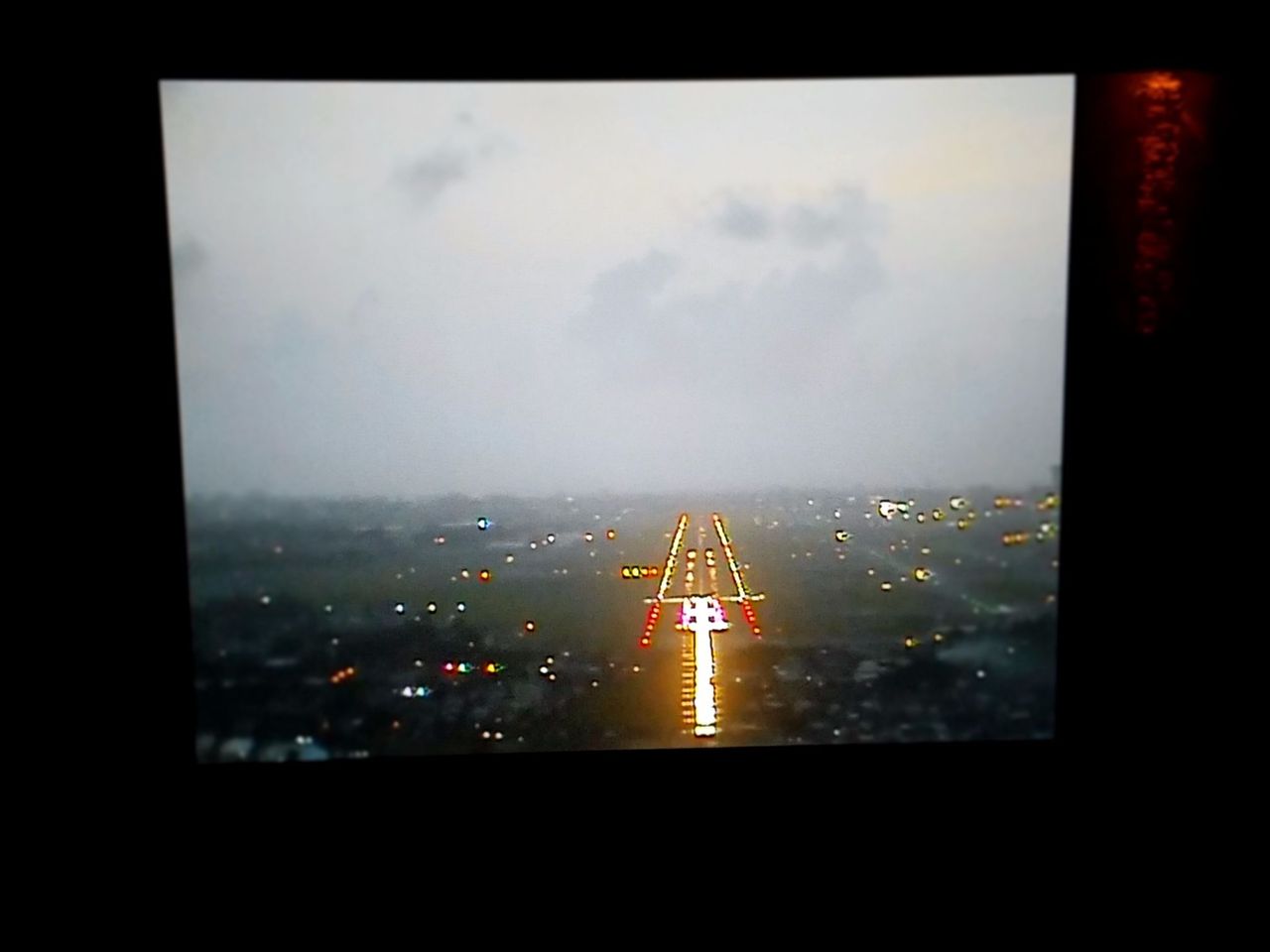 Landing was smooth - and we rolled along the entire length of the runway, exiting at the Santacruz end. A long taxi back to T2 where we had to wait for our gate to be vacated. 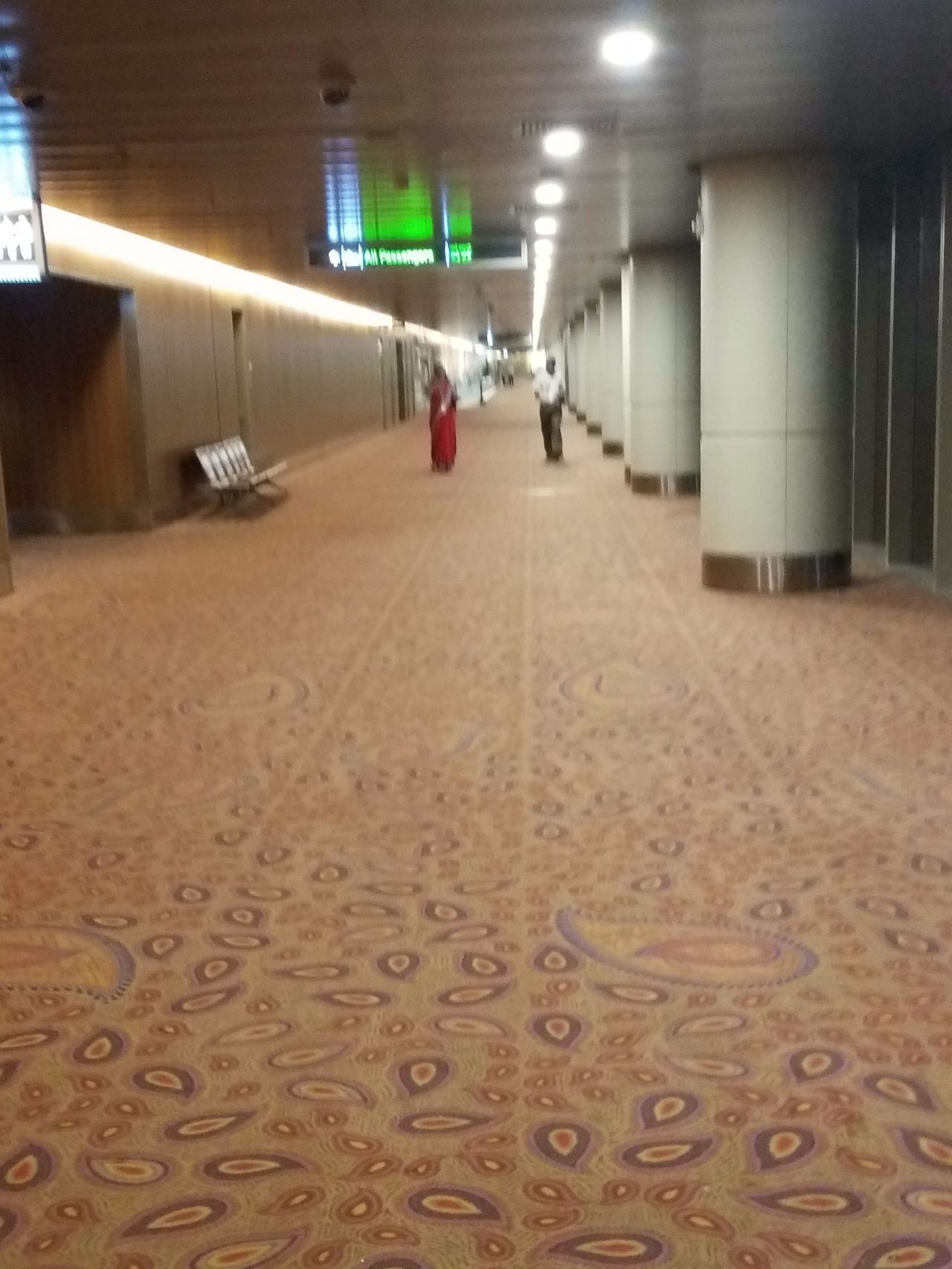 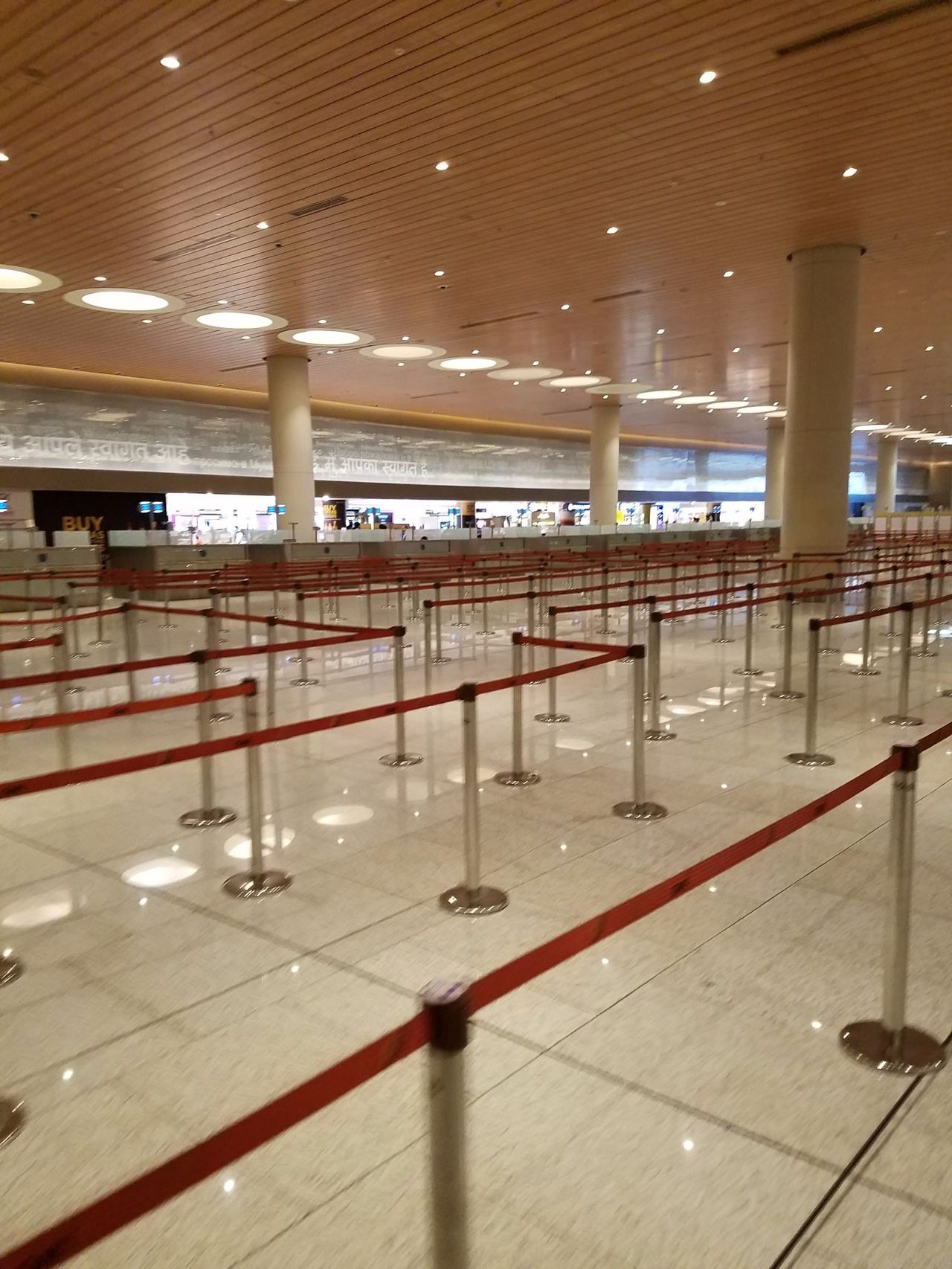 I picked my bags and was amongst the first to head out - with my chauffeur waiting with a placard bearing my name. He was knowledgeable, advised me of traffic conditions and took me home in record time! It was a pleasant flight, friendly staff and prompt service. Loads were super light in all cabins and it seems like an overkill to have A380 on this route. It seems EY has a A380 idle in AUH during the afternoon which it uses for a quick turnaround in BOM. This flight does not provide good connectivity US(other than JFK).

The contributors of Flight-Report published 5 reviews of 2 airlines on the route Abu Dhabi (AUH) → Mumbai (BOM).

The airline with the best average rating is Etihad Airways with 8.2/10.

The average flight time is 3 hours and 43 minutes.

Trojans is member of Flight-Report since August 2016.

He wrote 6 reviews about 3 airlines and 7 airports.